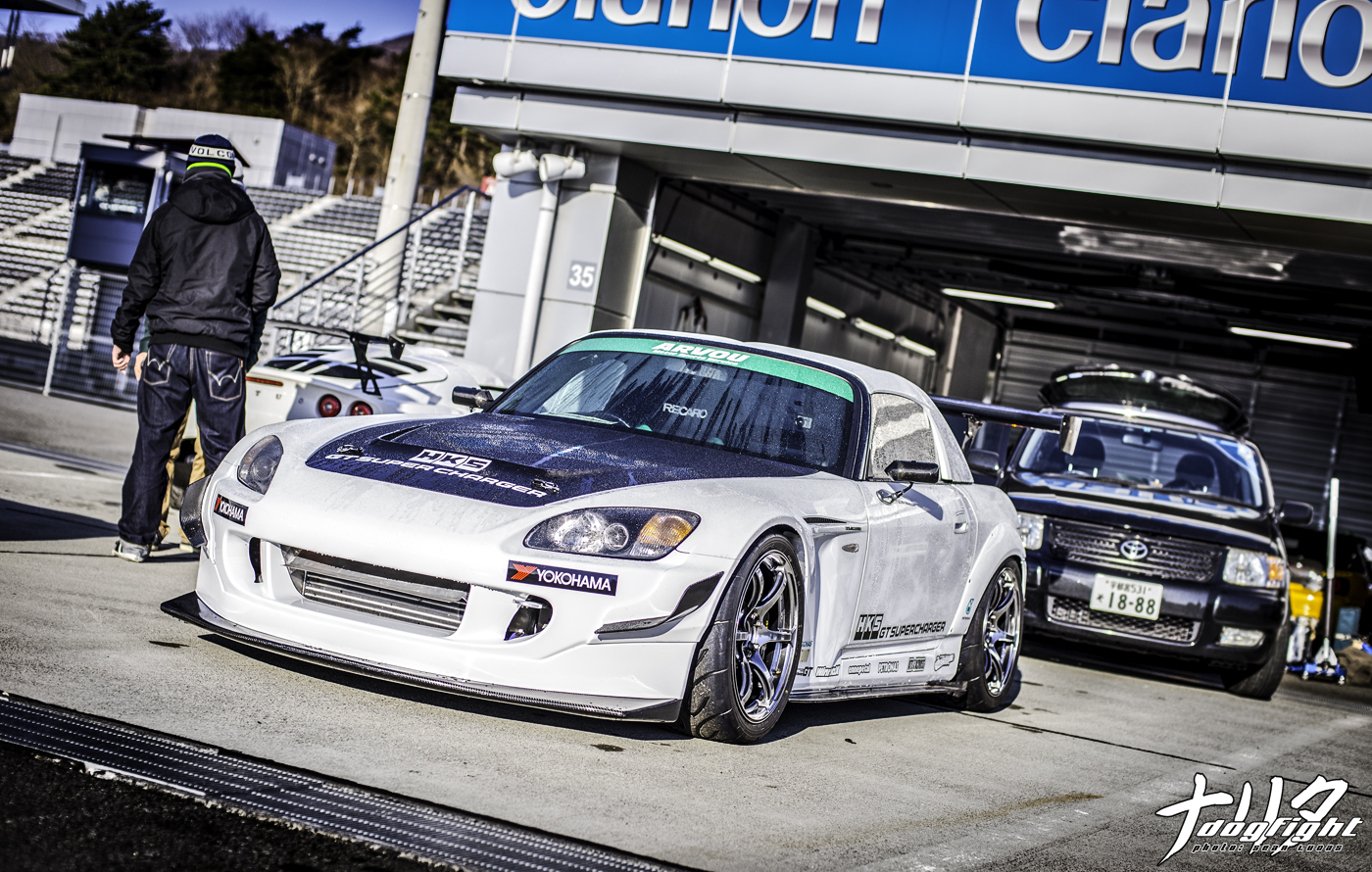 Arvou; a name that, over the past few years, has become synonymous with time attack focused S2000 builds (and more importantly Lotus for all you Euro fans) – with good reason too.  With their focus pulled toward developing their HKS Supercharged demo car, it’s hard to think that they were involved in anything else.  You might be surprised to hear then, that Mr. Shibata actually founded the company in 1985, making Arvou nearly 30 years old.  That’s a lot of racing history attached to the company! 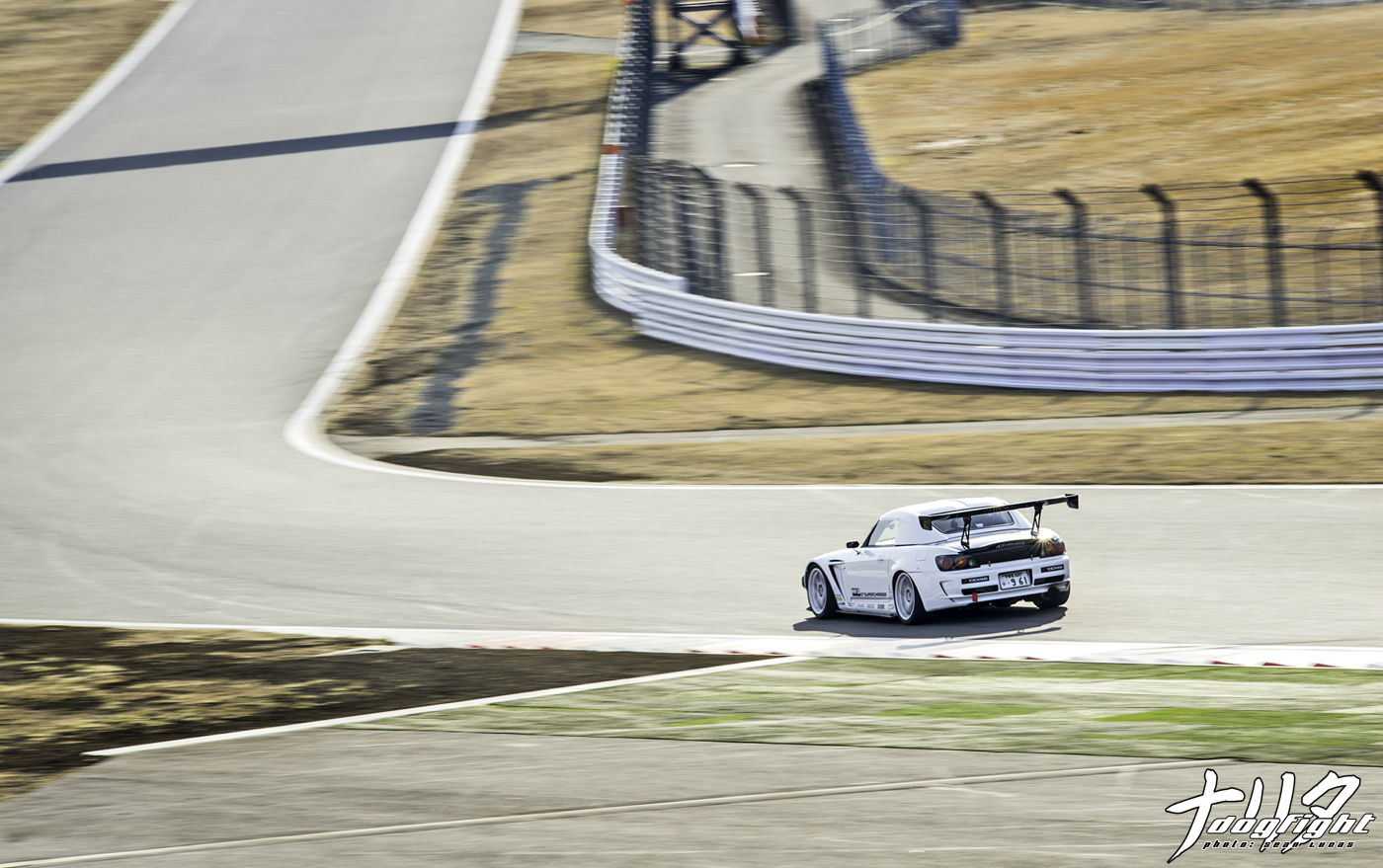 While the not-so-small outfit based out of the Tochigi Prefecture has roots that delve deep into Japanese car tuning, the Arvou of today is a bit different.  Dismissing the wide variety of cars they used to serve, and concentrating their efforts on a modern approach to car building, maintenance, and parts development, their success in the attack scene has been quite rewarding.  They have been successful in providing unmatched tuning capabilities for the Lotus Exige, Elise, and Roadster platforms like the S2000 (not to mention the newer 86 chassis).  There most recent outing takes them to Fuji Speedway for the Option Super Lap at HKS Premium Day.

The Flagship of the Arvou camp; their HKS Supercharged, Amuse fitted AP1.  The cold trek from Tochigi to Fuji Speedway left the S2000 coated in a blanket of ice, and you can see that the early morning rays from the sun had begun melting the ice off the car’s exterior. 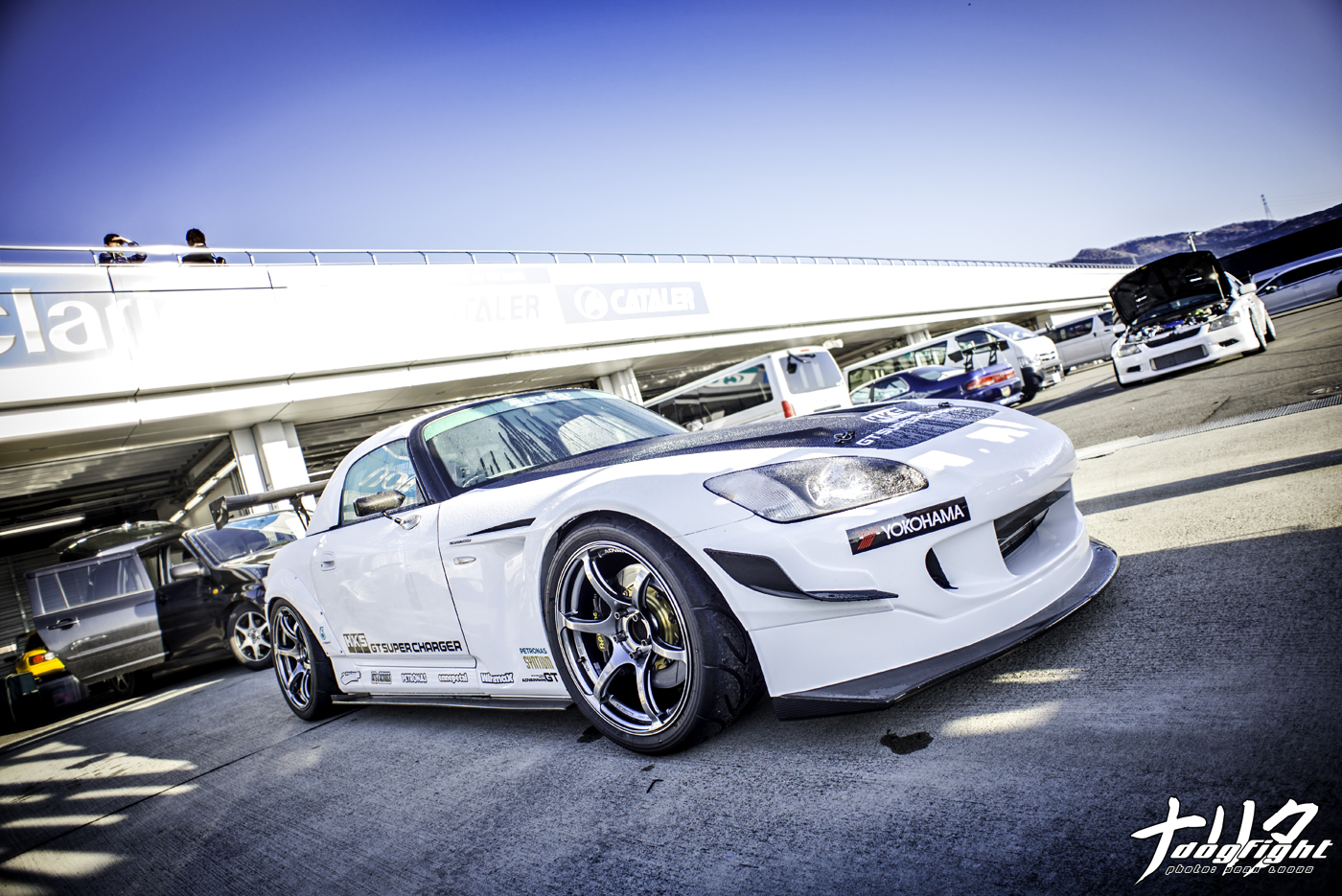 The thin spokes of the Advan RGIII’s do a poor job of hiding the massive AP Racing front brakes.

You can see that not much has changed on this car since it’s last few events; the name of the game here is refinement.  You’ll see later on that it pays off. 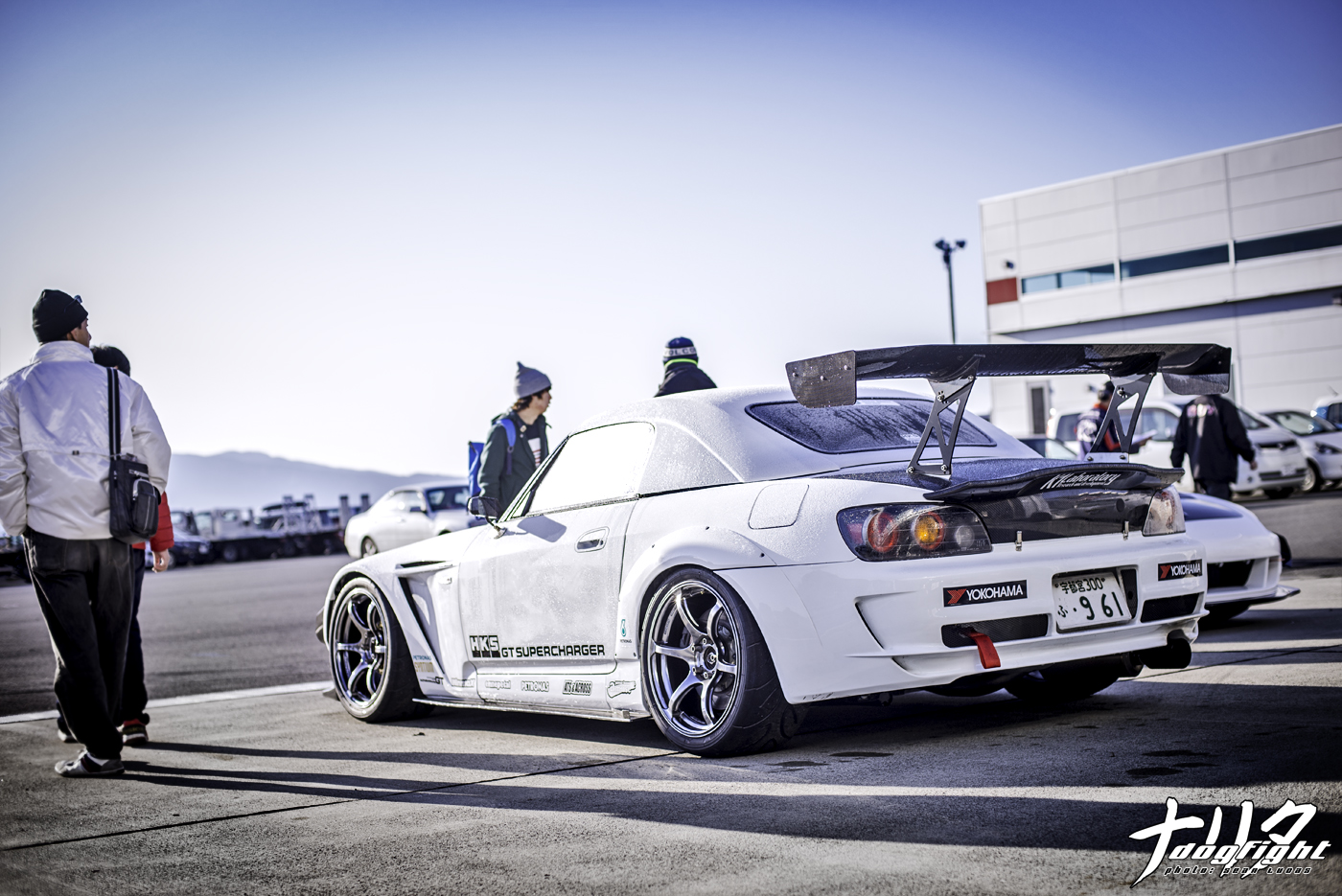 When Amuse first announced the Legalo kit, I believe the press release had a white S2000 on TE’s with the top down.  It seemed they were targeting more of a ‘sport’ market.  In this case, with the addition of the rear flares, it works out very well, as the Arvou car isn’t very aero heavy; for a time attack car anyway (think privateer). 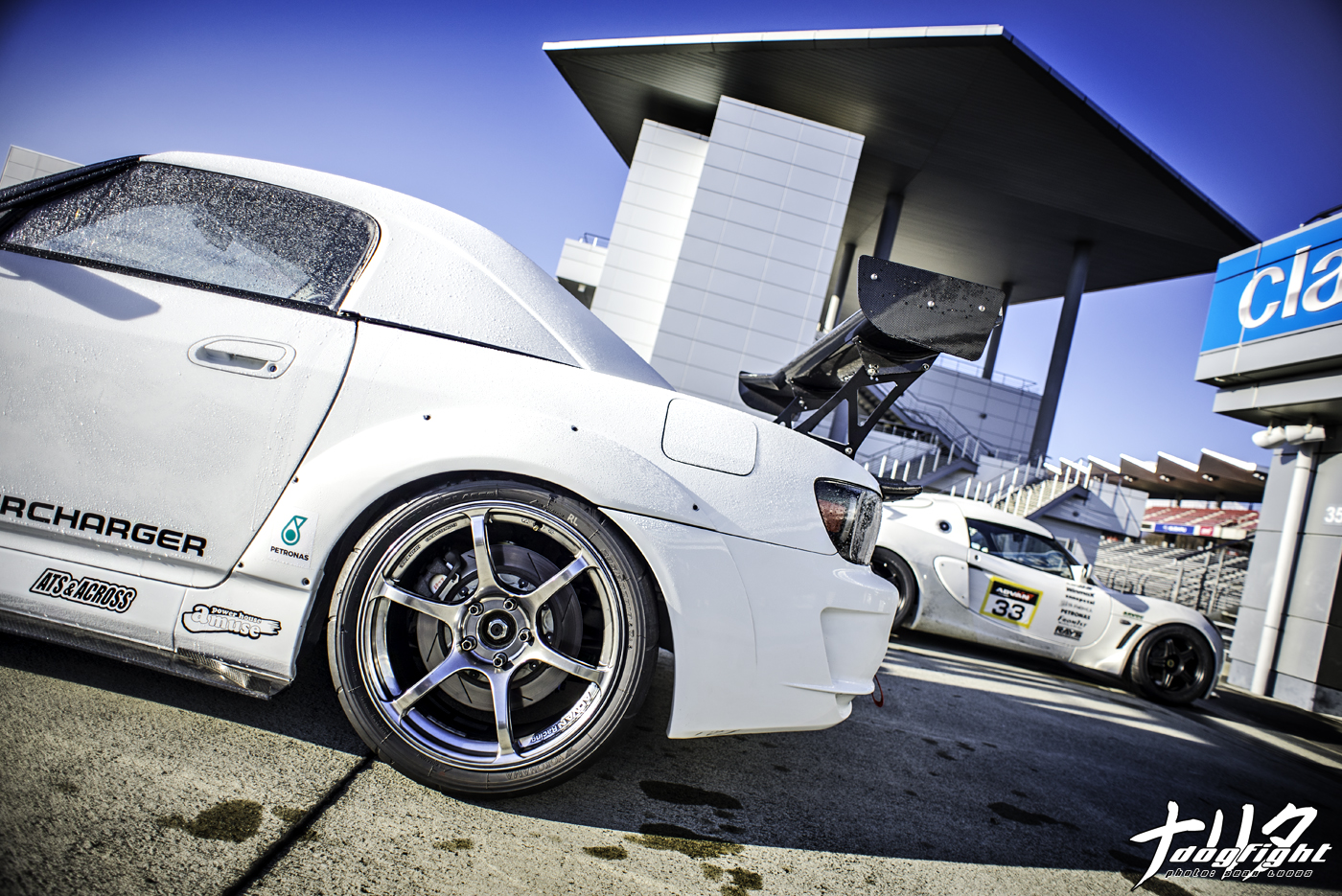 The added duckbill underneath the GT Wing not only gets them style points, but helps accentuate the effect of the rear spoiler.  You can see one of their Lotus participants in the back here. 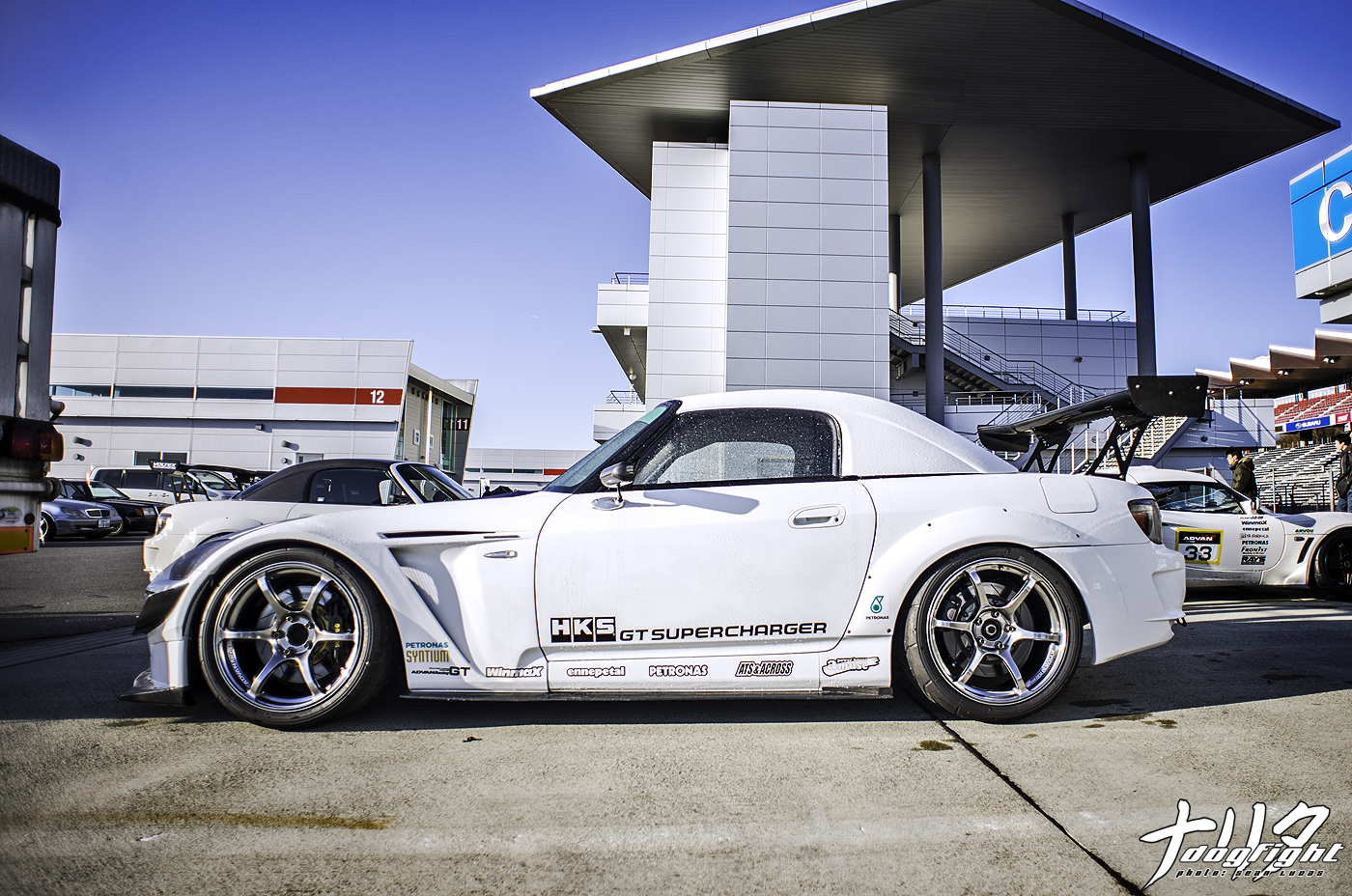 A better look at the profile of the car.  The large vents in the Amuse front fenders becoming a prominent design aspect of the car. 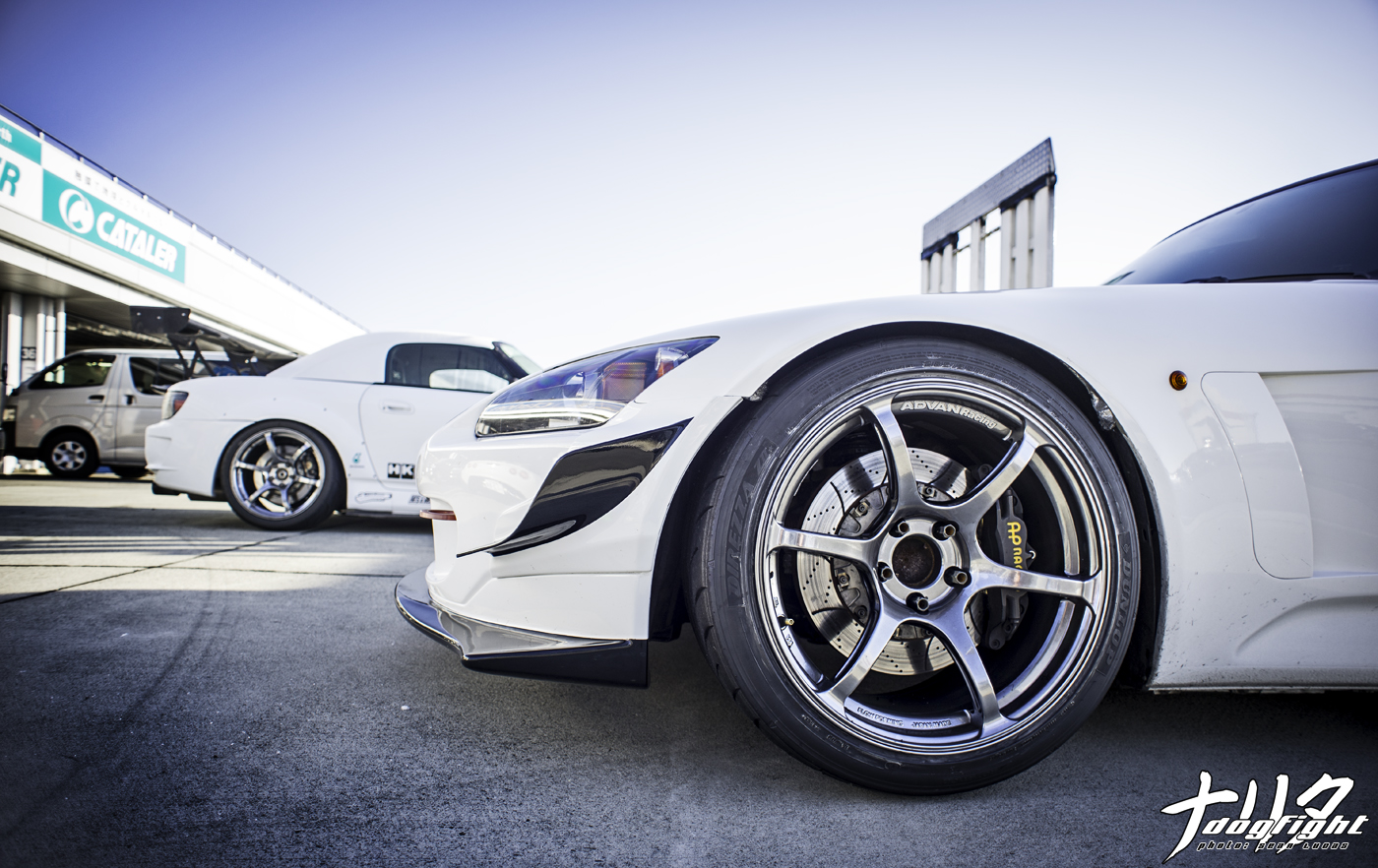 Oh, what’s this?  A combination of Legalo and ASM on a customer car; we’ll get into this a bit later as a bonus. 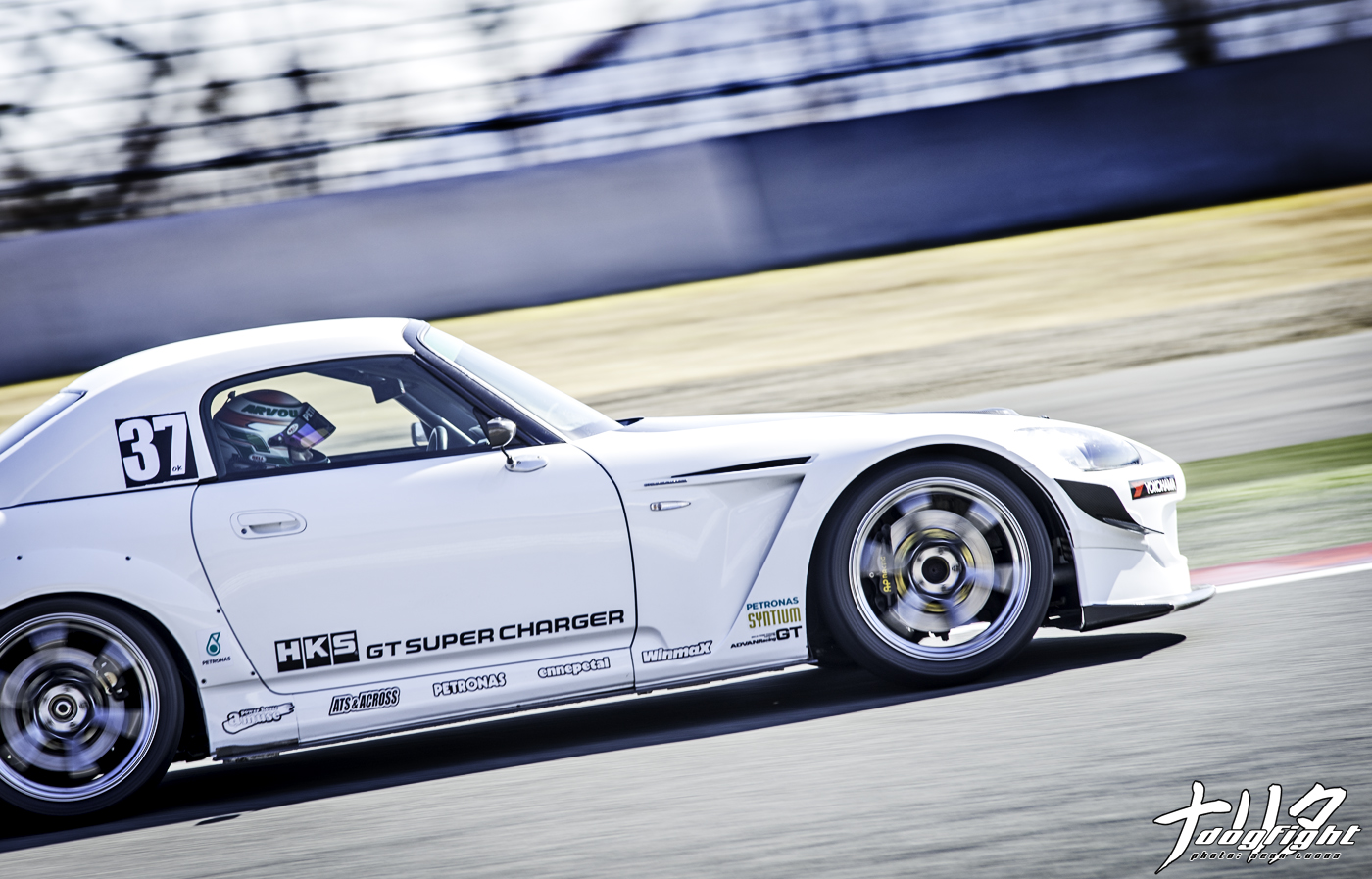 It wasn’t long before the ice was melted off the AP1, that the ‘Light 2WD’ class hit the circuit.  By this time the sun was out in full force, not only warming up the track, but warming up the scaffolding I ended up taking a nap on; that’s a whole different story (I fell asleep through an entire session of Super Lap).

To establish a base, at last year’s HKS Day, Shibata-san ran a 1’49.984 – respectable, but they knew they had room to improve on the roadsters time… 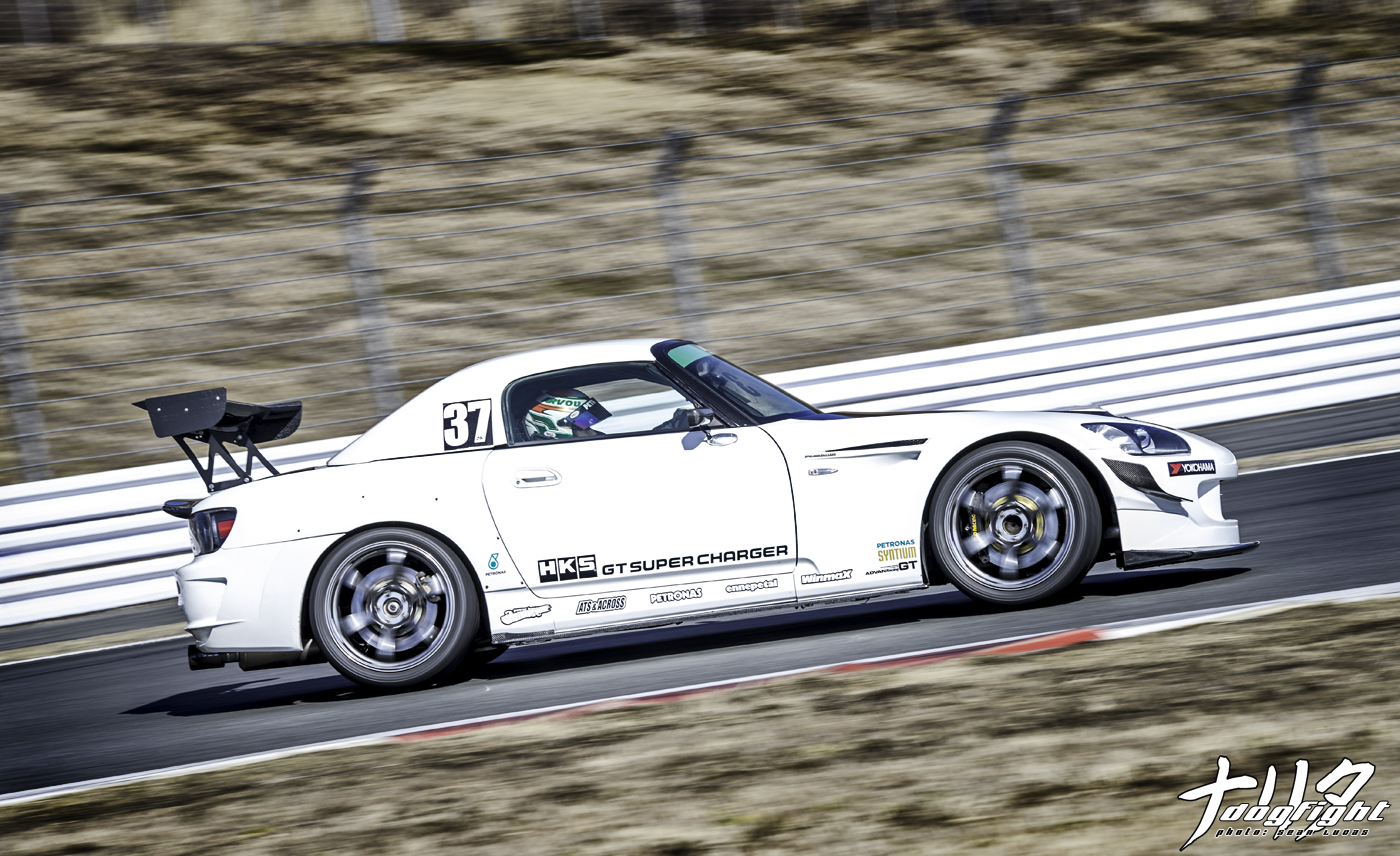 …and improve they did!  A small increase in power, and an improvement in gearing and experience, led Shibata and the AP1 around Fuji’s toughest to the tune of 1’45.937 – the best to date at Fuji for the team. 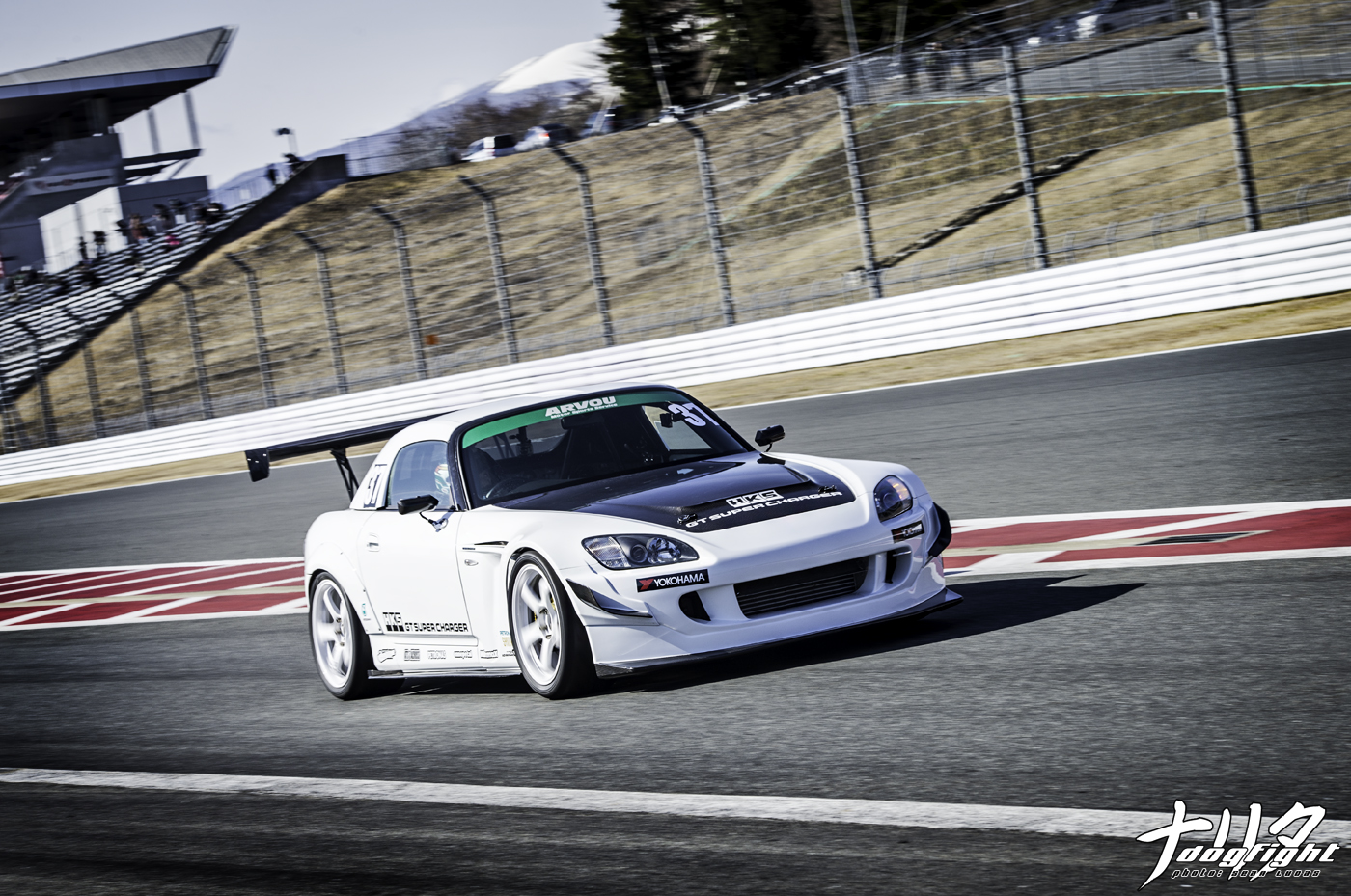 Going out full force in both sessions, they were able to utilize the entire day to keep cutting down their times. 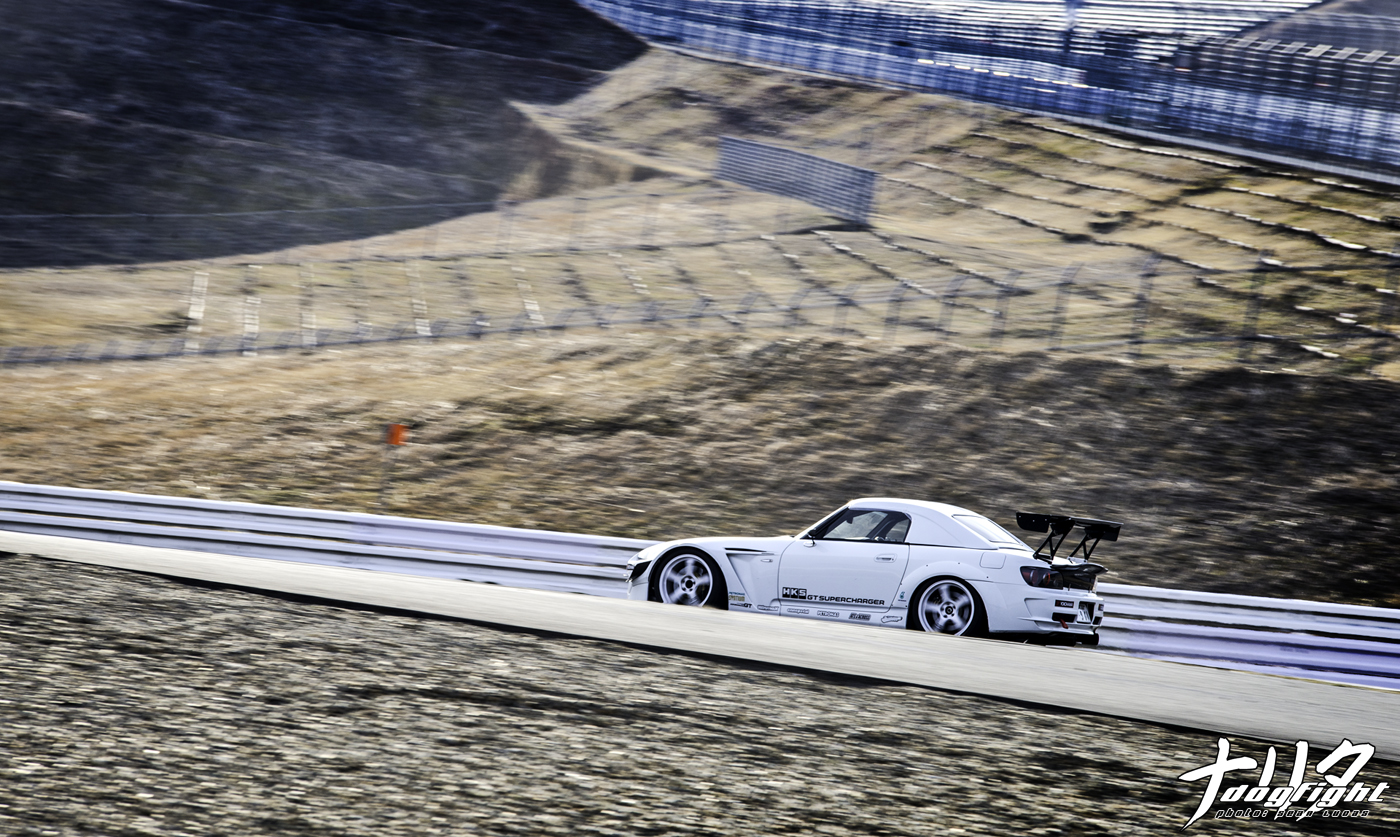 I personally really enjoy this photo.  Is that OK for me to do?  I’ve always wondered if it was considered vein or something…I don’t mean it to be.  I just think it came out well…minimal in a way; not unlike the Arvou AP1 itself.  A car that manages to maintain a refined elegance, while still possessing the ability to pummel a circuit in the most violent manner.  Nothing short of a tuning masterpiece.

Excited for the team and their new personal best – I know that this is a car that will keep getting faster and faster as time goes on. 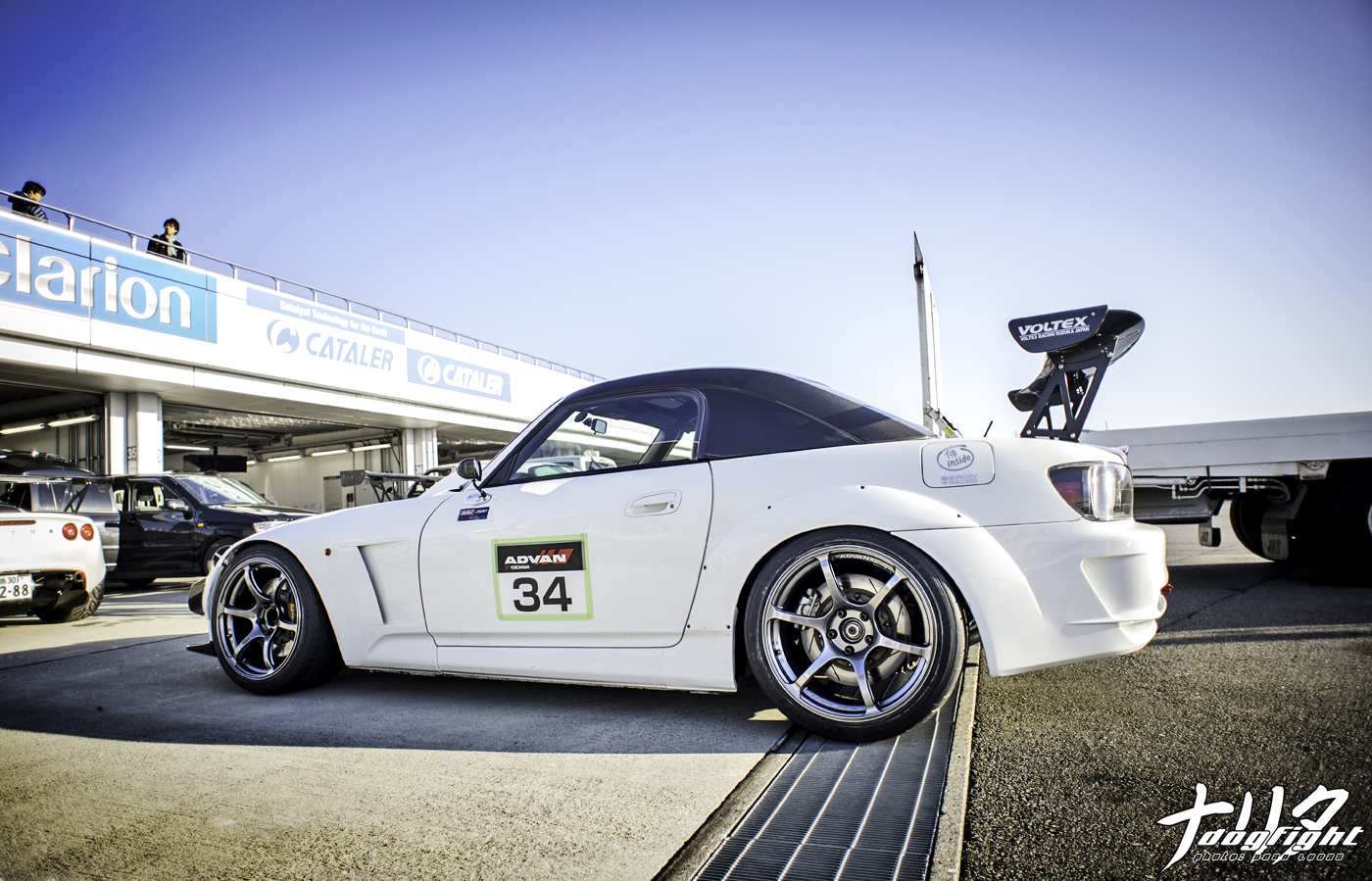 You know what?  As a special little something, I’m going to just tag on these next few shots of the Arvou customer car – consider it a P.S. of sorts.

Not competing under the Arvou flag per say, but definitely supported by the Arvou camp.  I’ve always considered this car as the younger brother of their demo car. 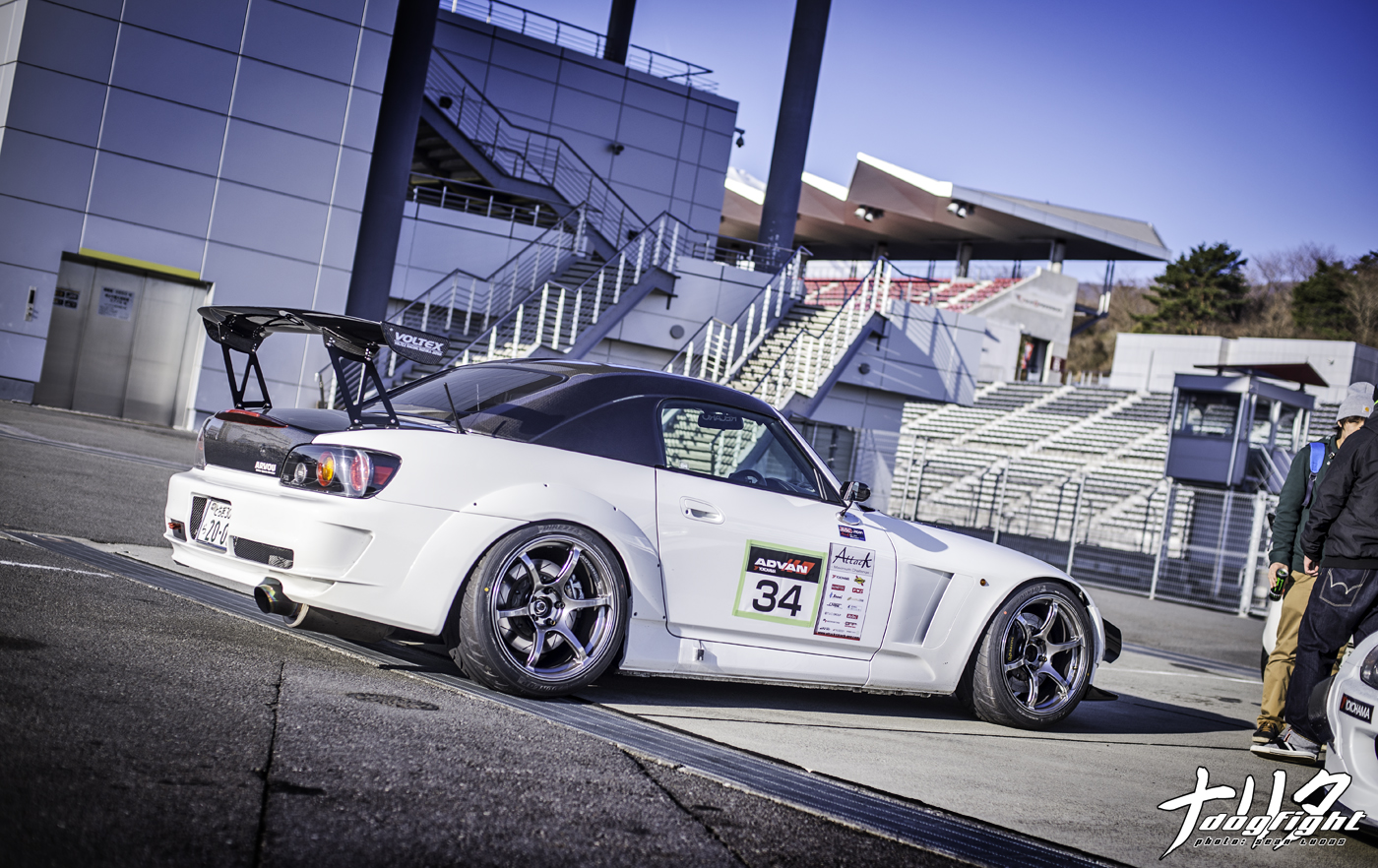 You may or may not have seen it in our Attack coverage last year.  Although, I’m not sure if Yusaku-san is the one that drives it in the series, or if it’s the updated version of the car Papa-san drove last year; actually, the more I think about it, I think it is his car.  It has been revised a bit though. 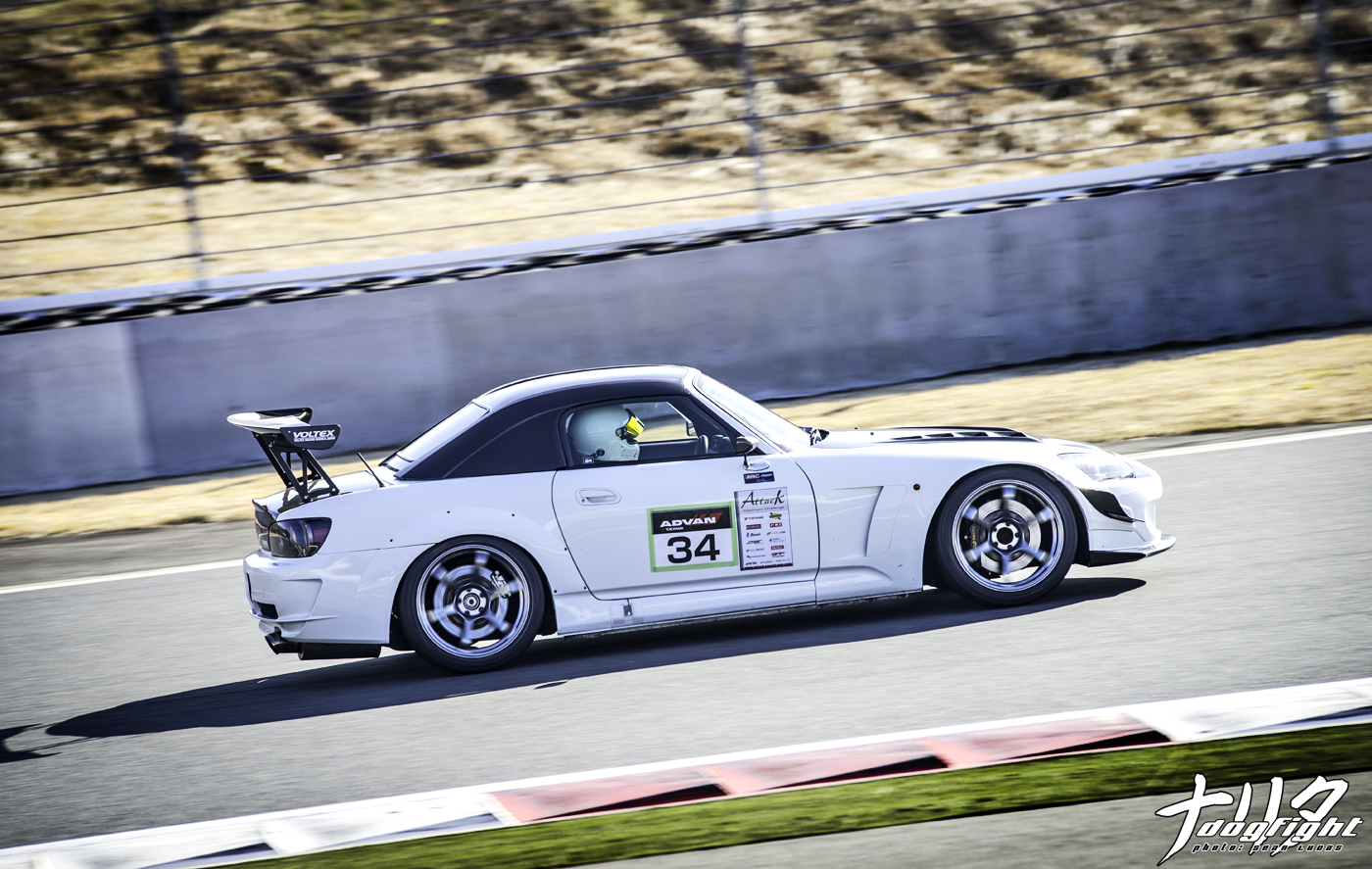 I’ll have to look into that one for you guys – if there is any interest.  If it is the same car, last I saw he was shooting for sub-one minute lap times at TC2000; which is respectable for an NA tuned S2000 – even if it is making over 300 hp.

Have a good week everyone.  I’m out in Arizona for the time being, but I’ll do my best to post a few more articles from my hotel room after hours ~