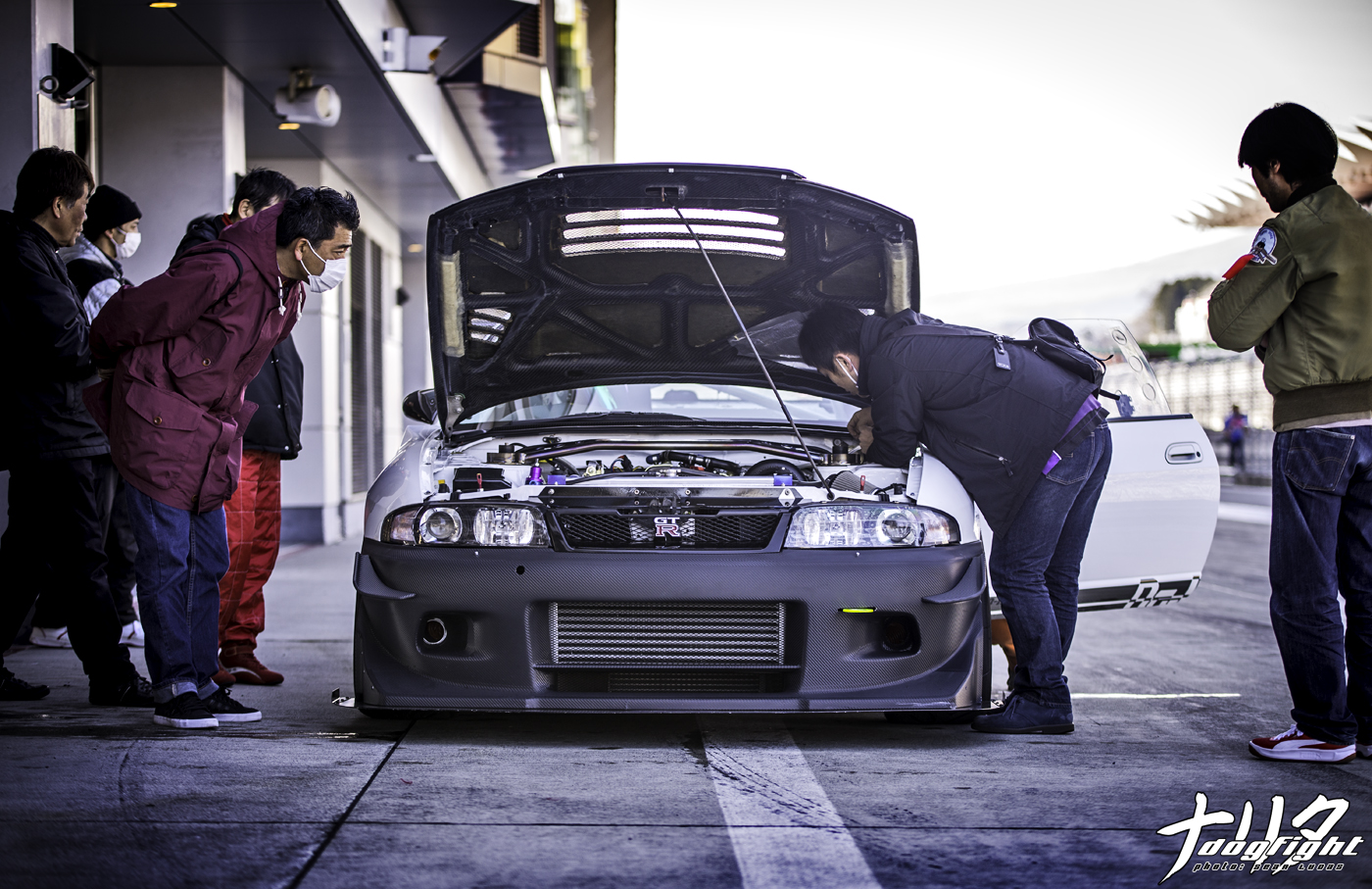 The picture below cracks me up.  When I had started walking around the back portion of the garages at Fuji, I came across the Revolfe S.A./Kleer R33 Skyline that was competing once again in the Hiper Challenge at HKS Day.  I must have had my blinders on or something because I just walked up and started taking pictures of the car, and didn’t even notice Mizota-san standing in the back.  After I had taken this shot he came up to me all surprised.  Later as I was going through these photos I saw him in this one pointing right at me hahaha. 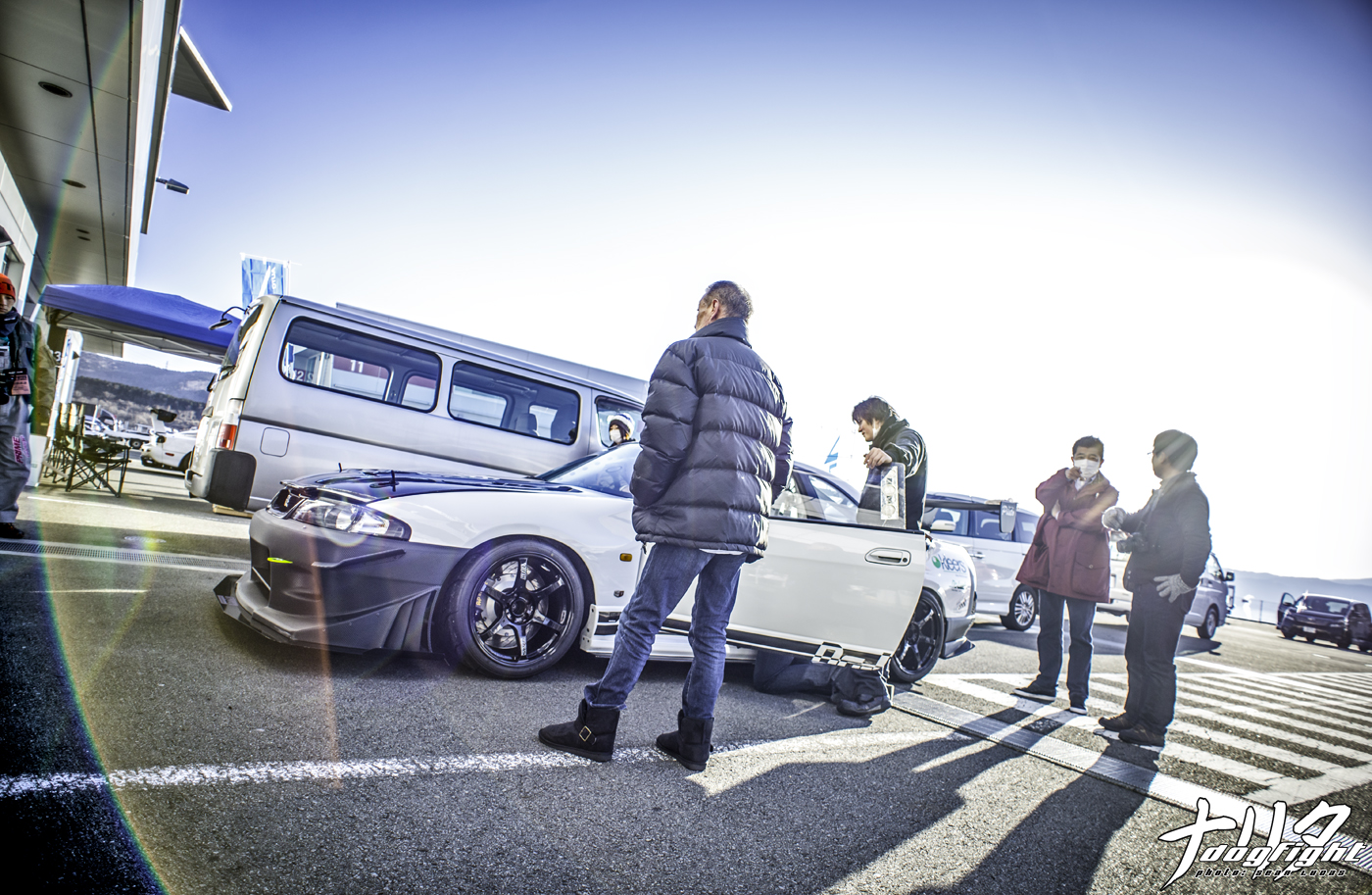 He didn’t expect to see me there, but I think we were both happily surprised; I hadn’t seen him in quite some time.  Low key Mizota is a close inspiration to me and I hold the little time we spend together very important.  The topic of conversation soon switched the the GTR they built and their expectations for it this year. 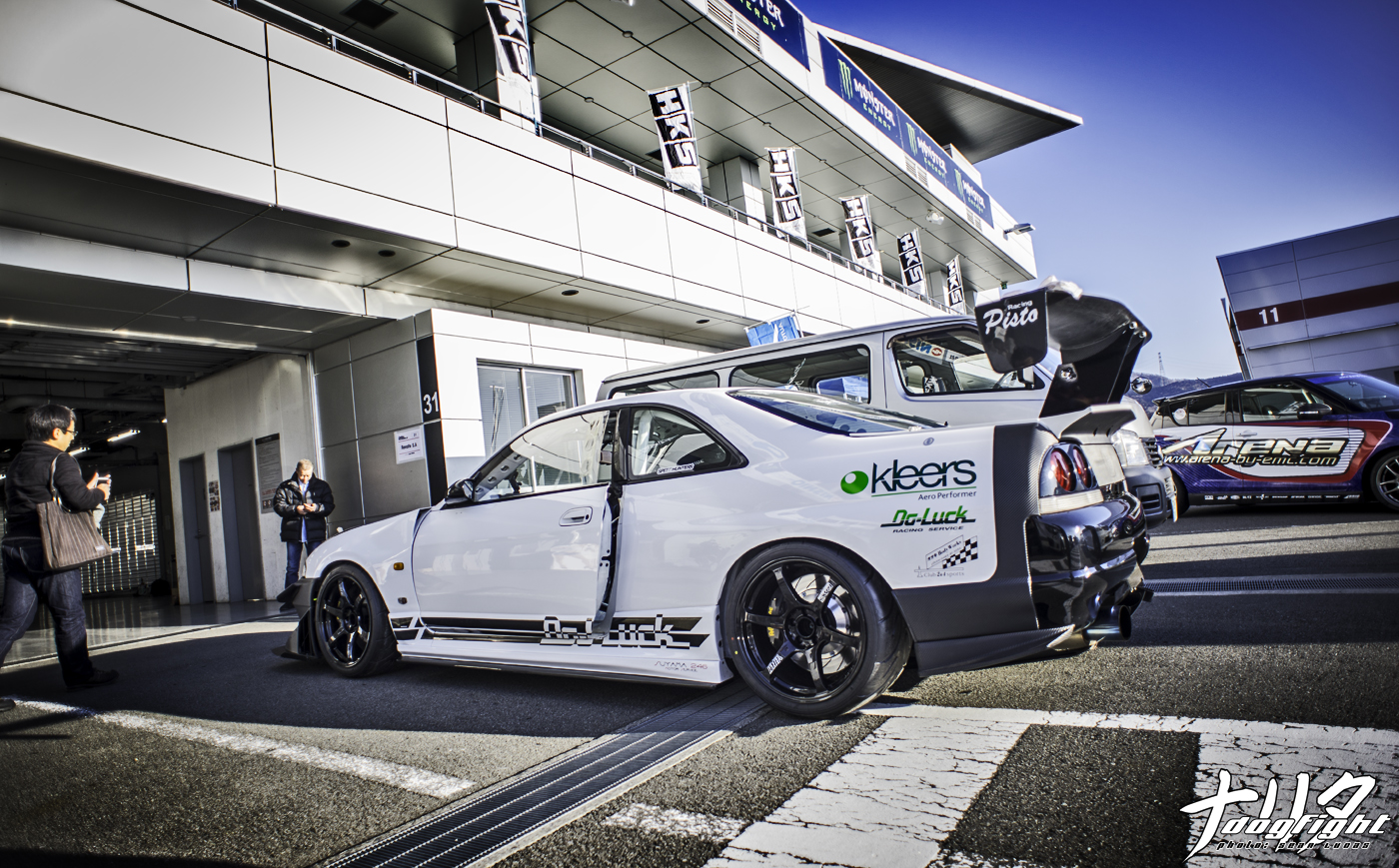 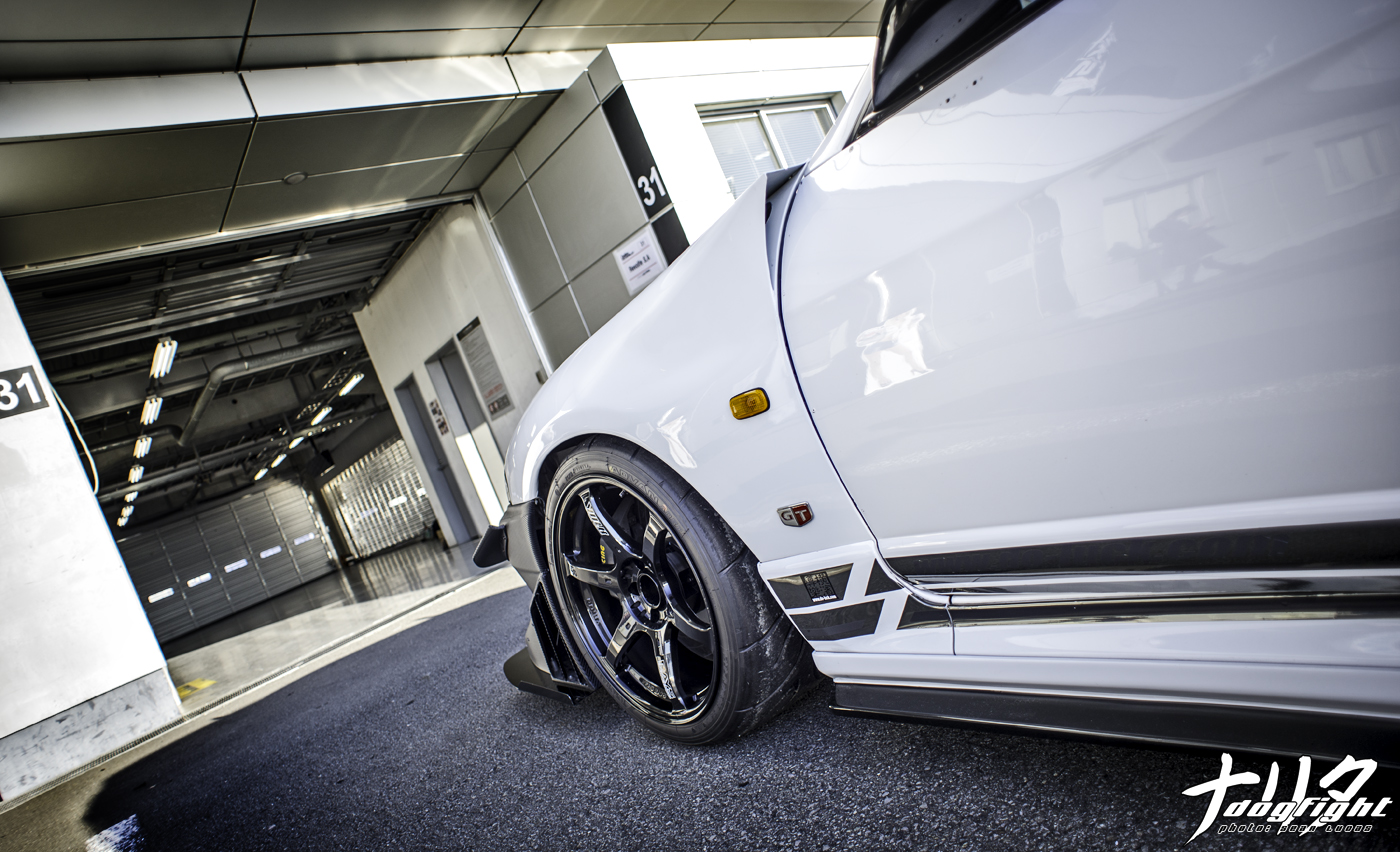 A set of gloss black TE37 G2’s wrapped in fresh Advan rubber make up the four corners of the GTR. 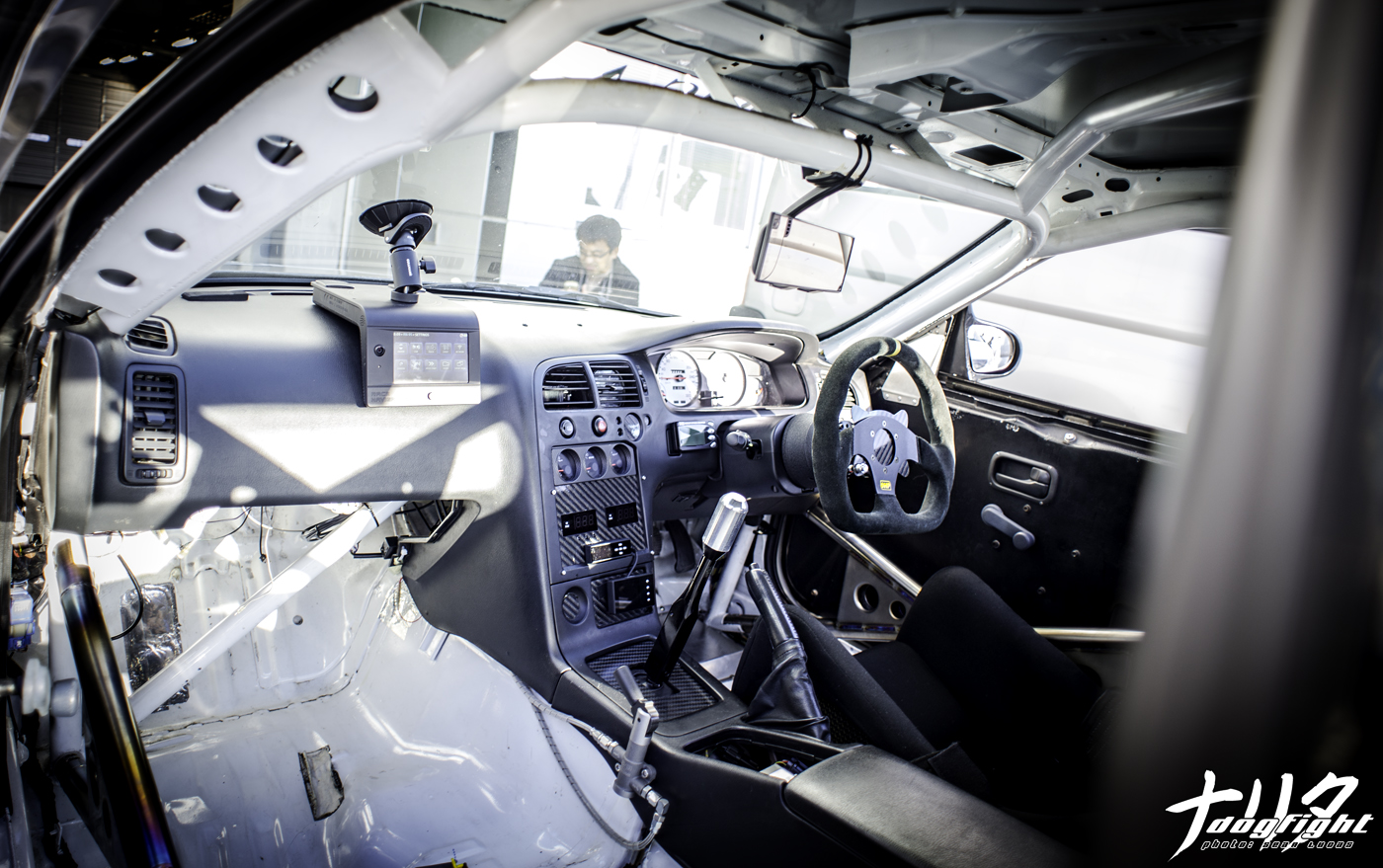 The interior is all business, with the only OEM peice reaming being the shell of the dashboard; everything else either replaced by carbon, or left in a glossy white coating.  An OMP flat bottom suede steering wheel allows the driver, Mr. Kobayashi Yukito, to comfortably guide the GTR around Fuji. 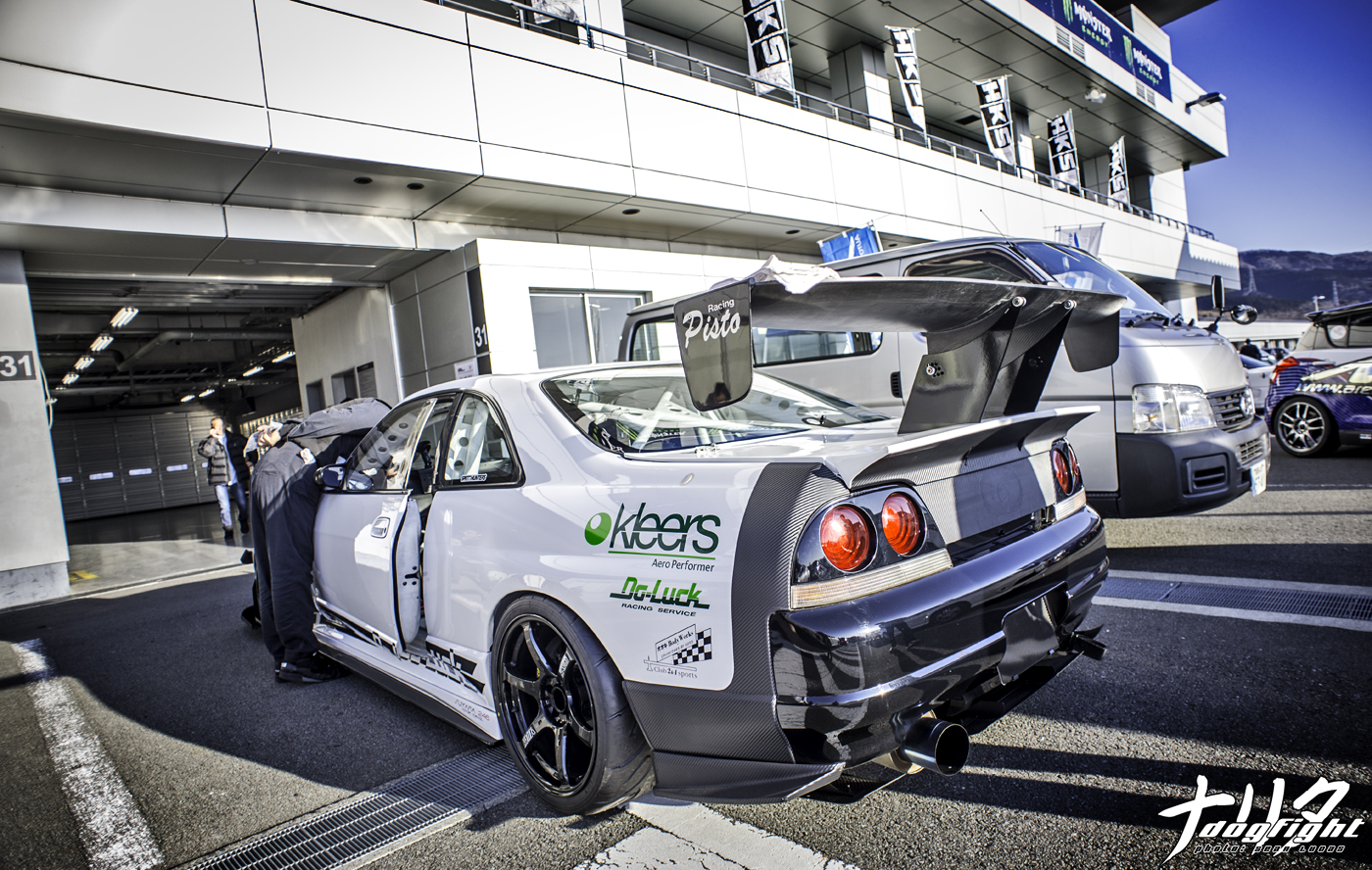 Helping the rear stay planted is a set of integrated carbon canards, and a chassis mounted GT Wing that cuts straight through the trunk mounted drag wing – busy back here! 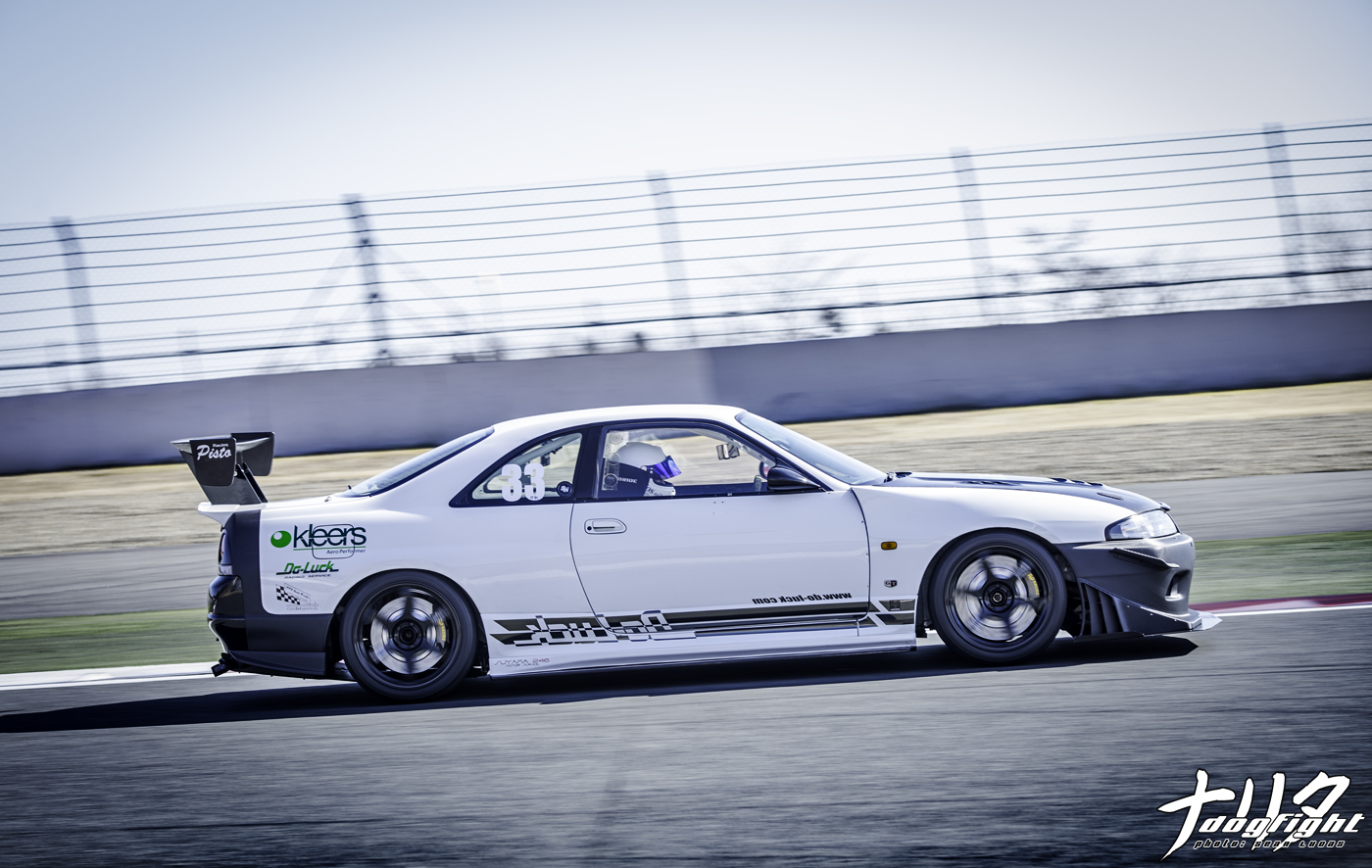 While unable to put down a solid time last year, this year Yukito-san clocked a fast lap of 1’47.115 in the 4WD class. 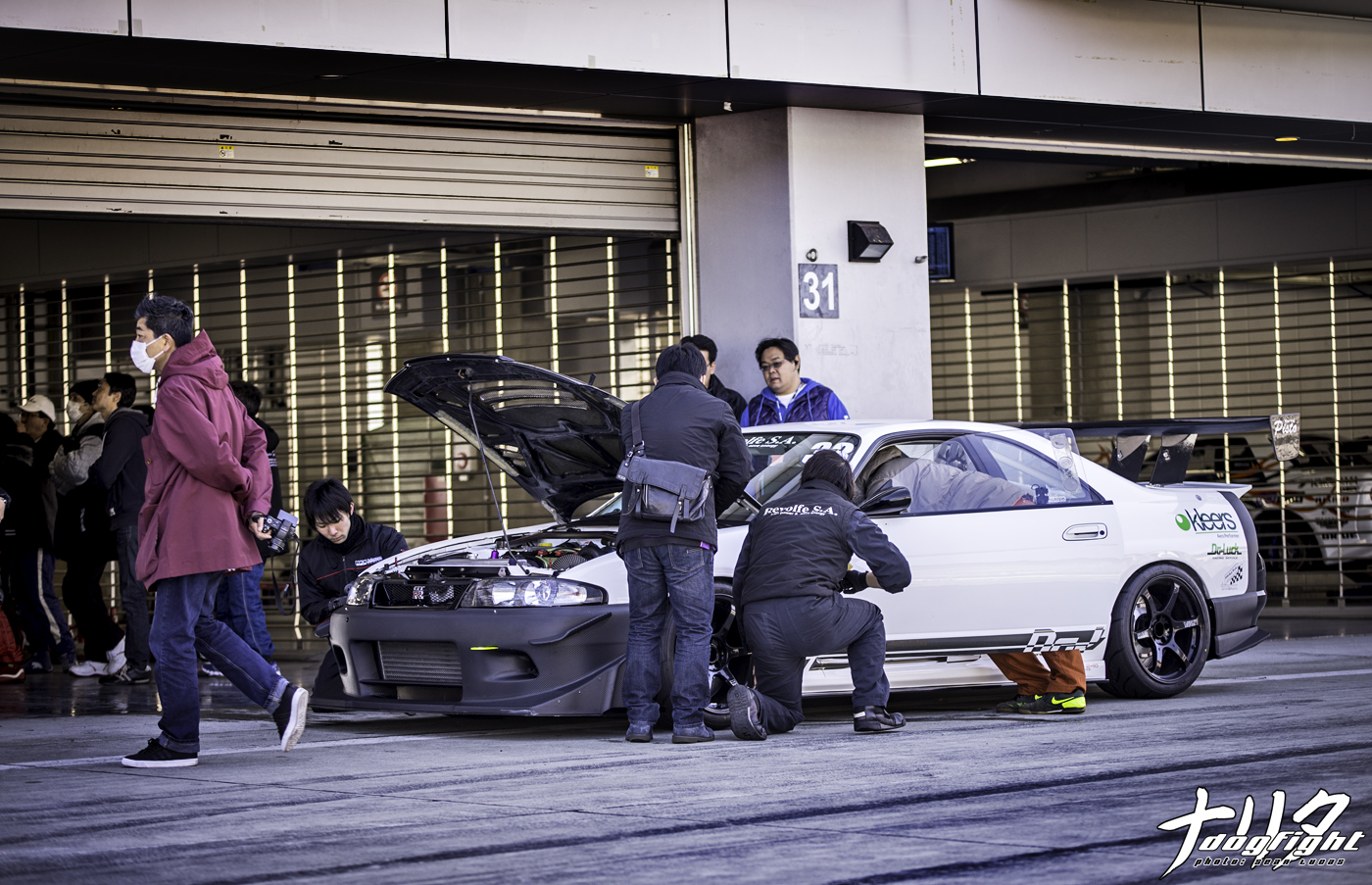 Early in the last session the car came in after it’s first lap out for the techs to make some quick adjustments.  Mizota-san looks unconcerned on the matter haha.

The RB26 getting some breathing room… 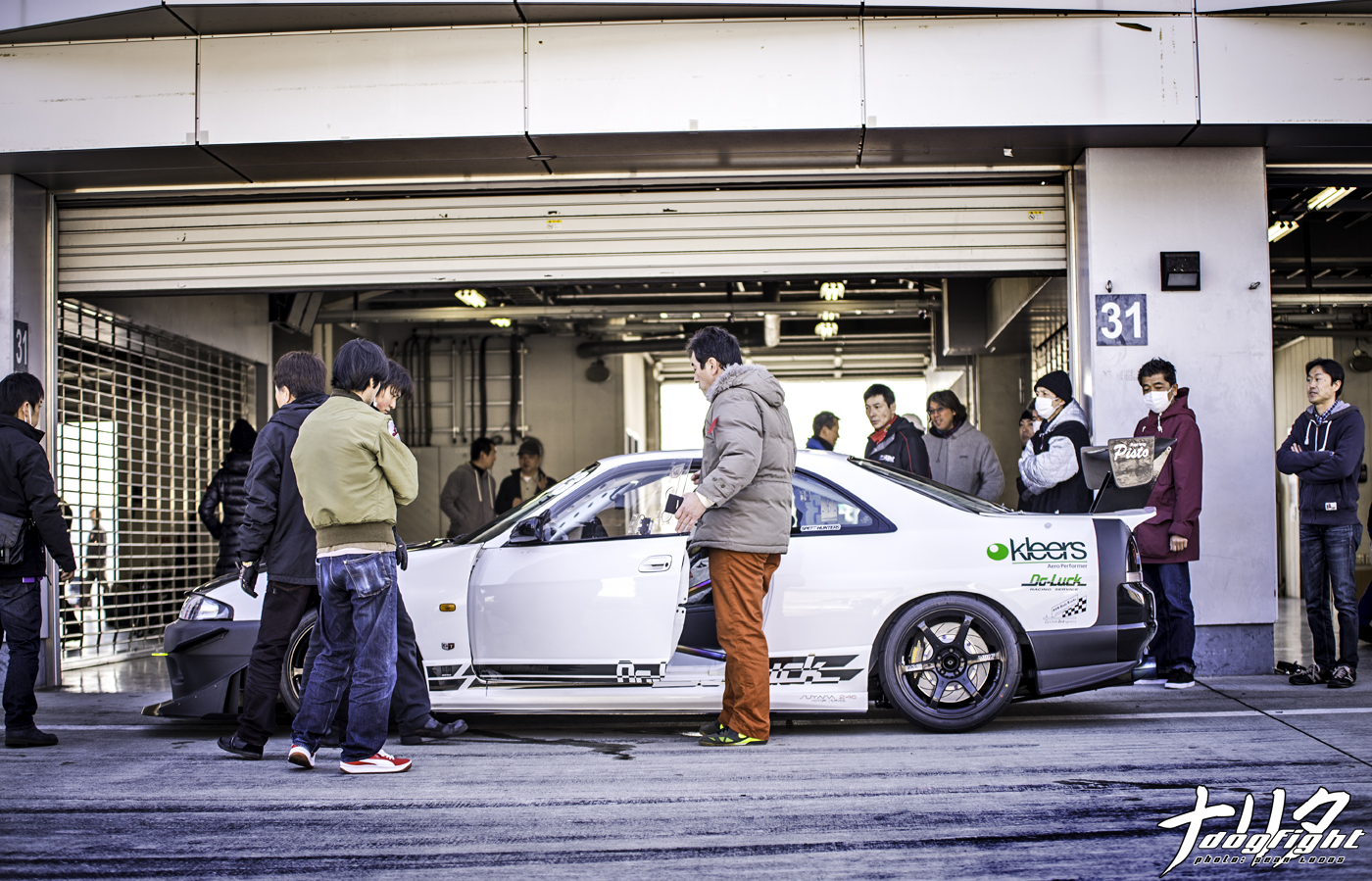 They didn’t end up going back out, so I’m thinking something a bit more serious was at play.  Anyway, glad to see that this year progress has been made!