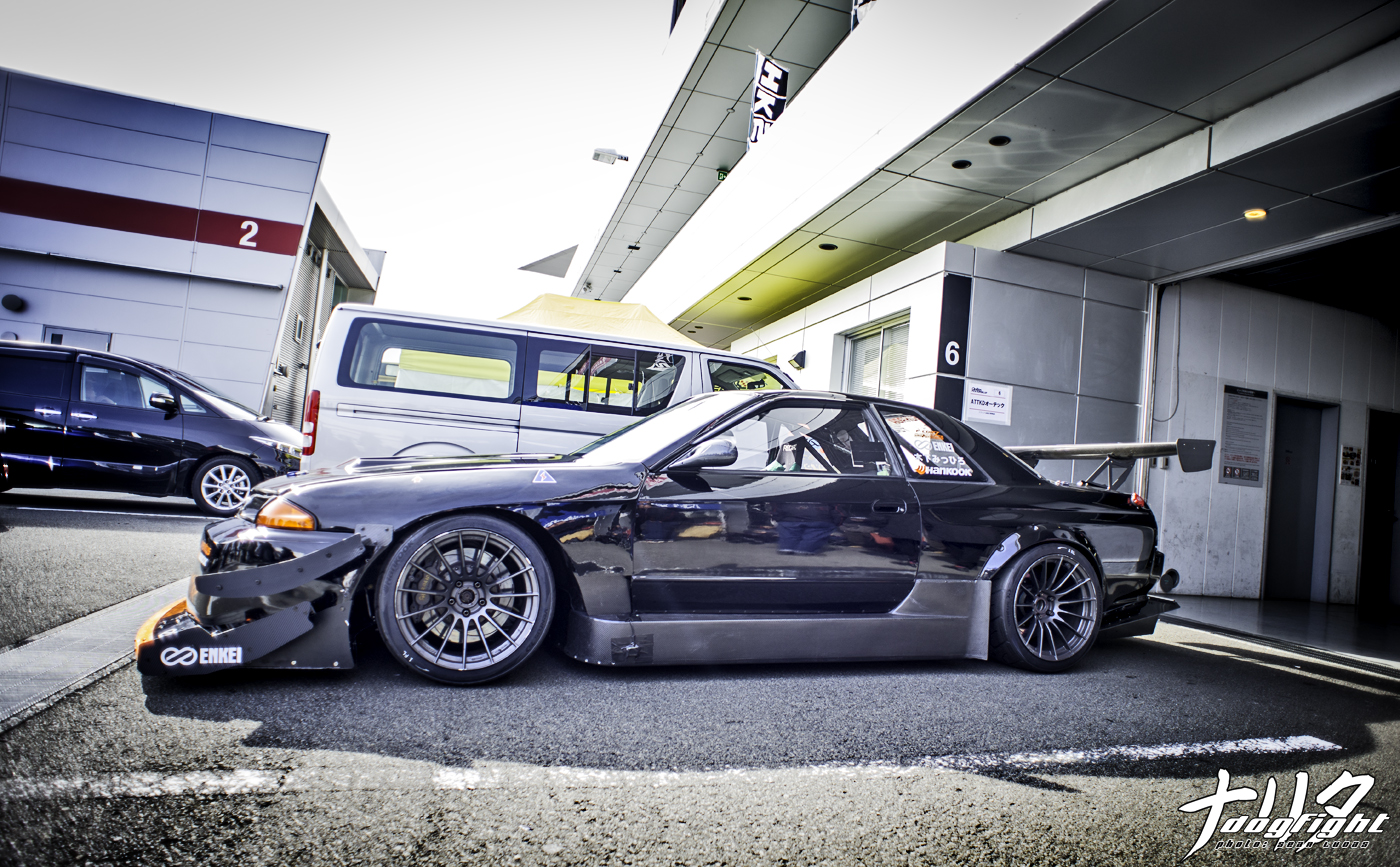 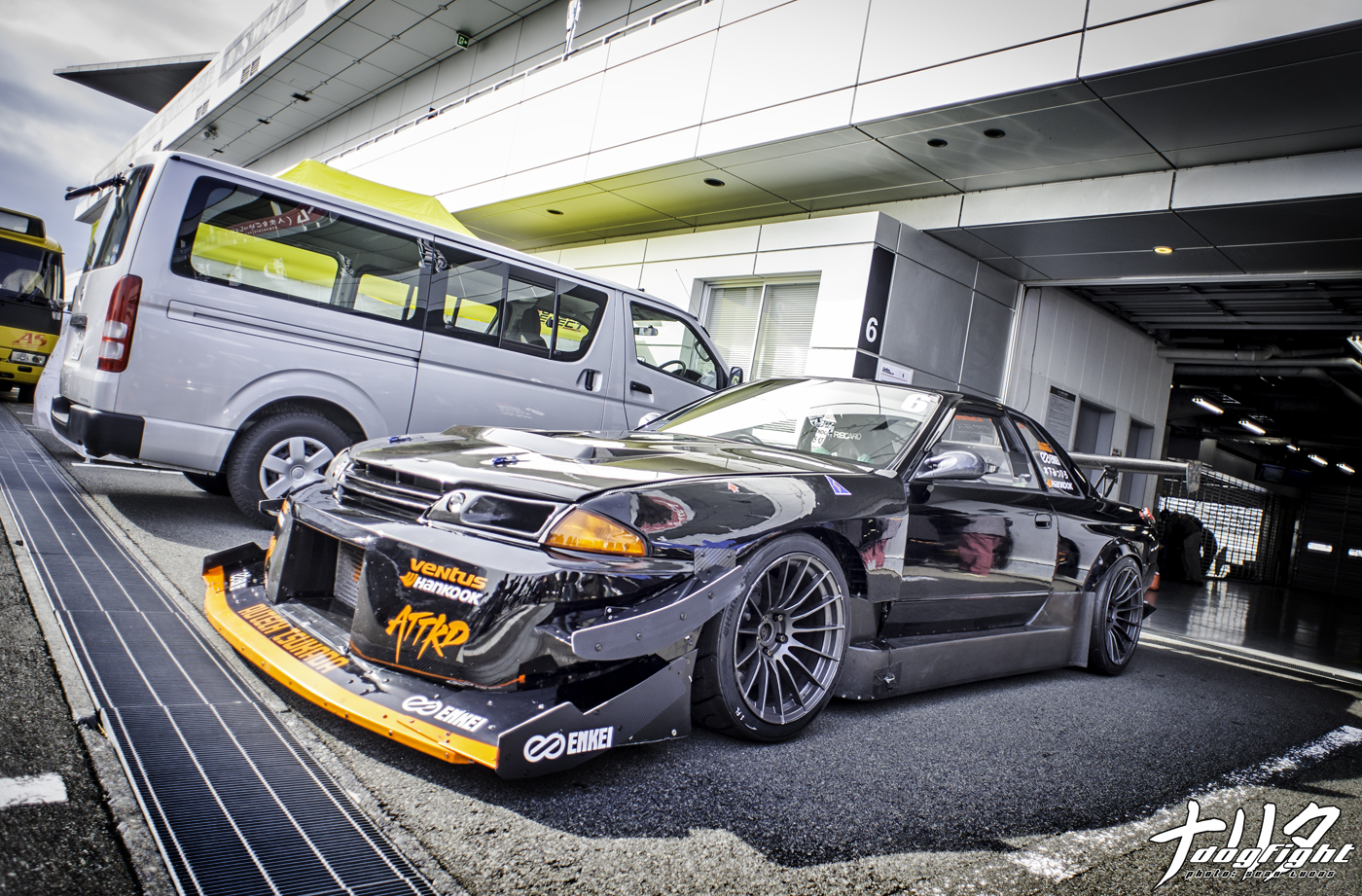 More impressive than that though, is that Mitsuhiro-san was able to cut .8 seconds off the teams last attempt in 2014.  According to ATTKD, the only changes to the car from last year were front and rear end aerodynamic changes.  Keep in mind, they aren’t collaborating with Voltex, as is the case with the Top Fuel S2000.  No wind tunnels or computer run simulations; just testing and and great understanding of driving.  This does however, give us an idea of just how much aerodynamics effect the performance of cars at this level.

When ATTKD initially began this project (the rebuilding of their R32), they had set a goal of breaking out of the 40’s at Fuji (1’39.99).  While they are getting closer, they are still nearly a full second off.  There was talks amongst the ATTKD garage that day about whether or not they will keep developing the car for 2016, or move on.  Personally, I think they should tailor it to TC2000 hehehe…the car already runs a 56.5 at Tsukuba. 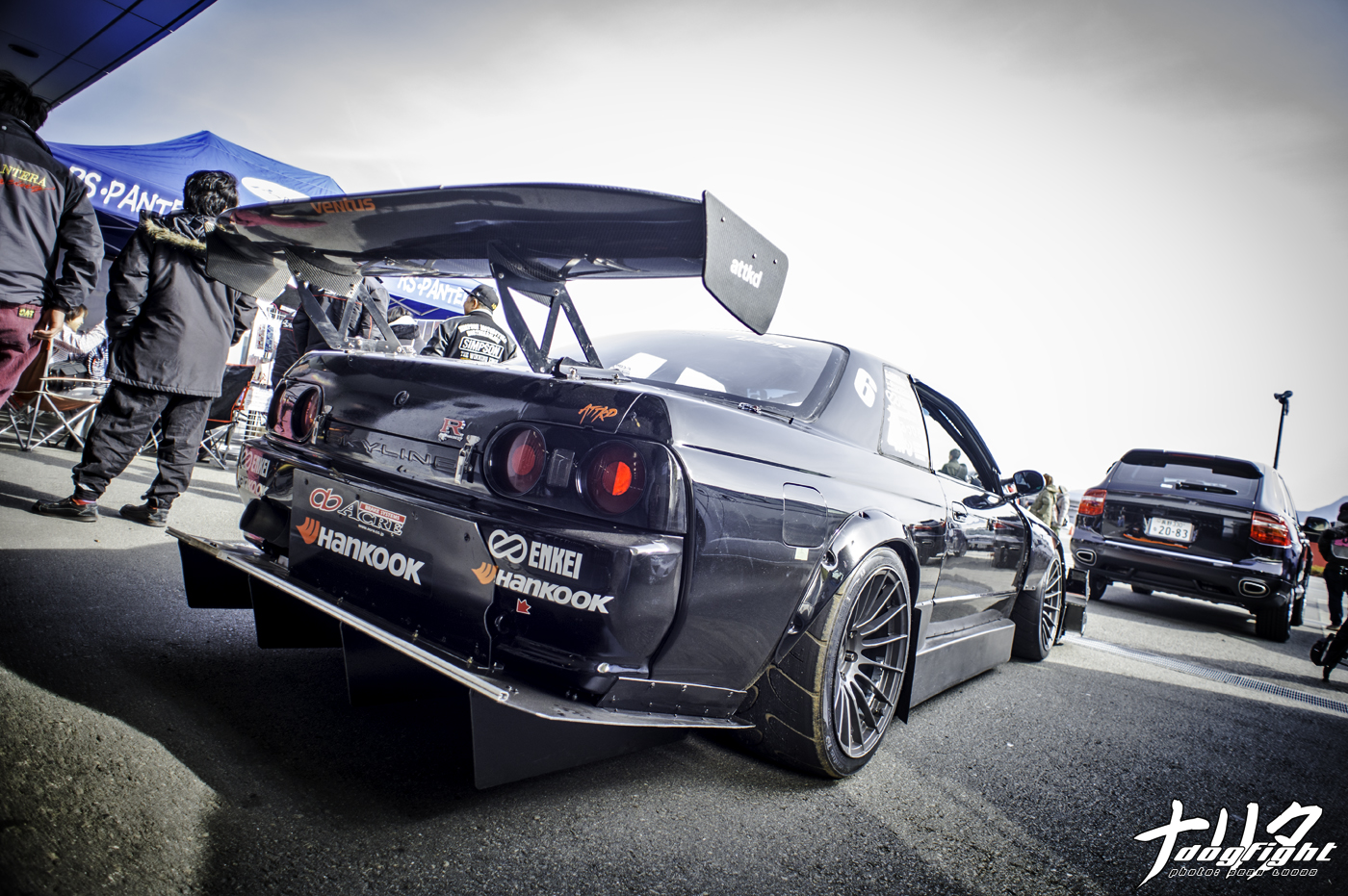 The car’s exterior has a battle born look with the riveted flares and rugged looking, matte carbon aero.  It’s a stark contrast from what we usually see at Premium Day, and that’s exactly the reason I enjoy this car so much.  It has a privateer look to it, more akin to that of an Evome event – more attainable if you will.  I think that appeals to a lot of people. 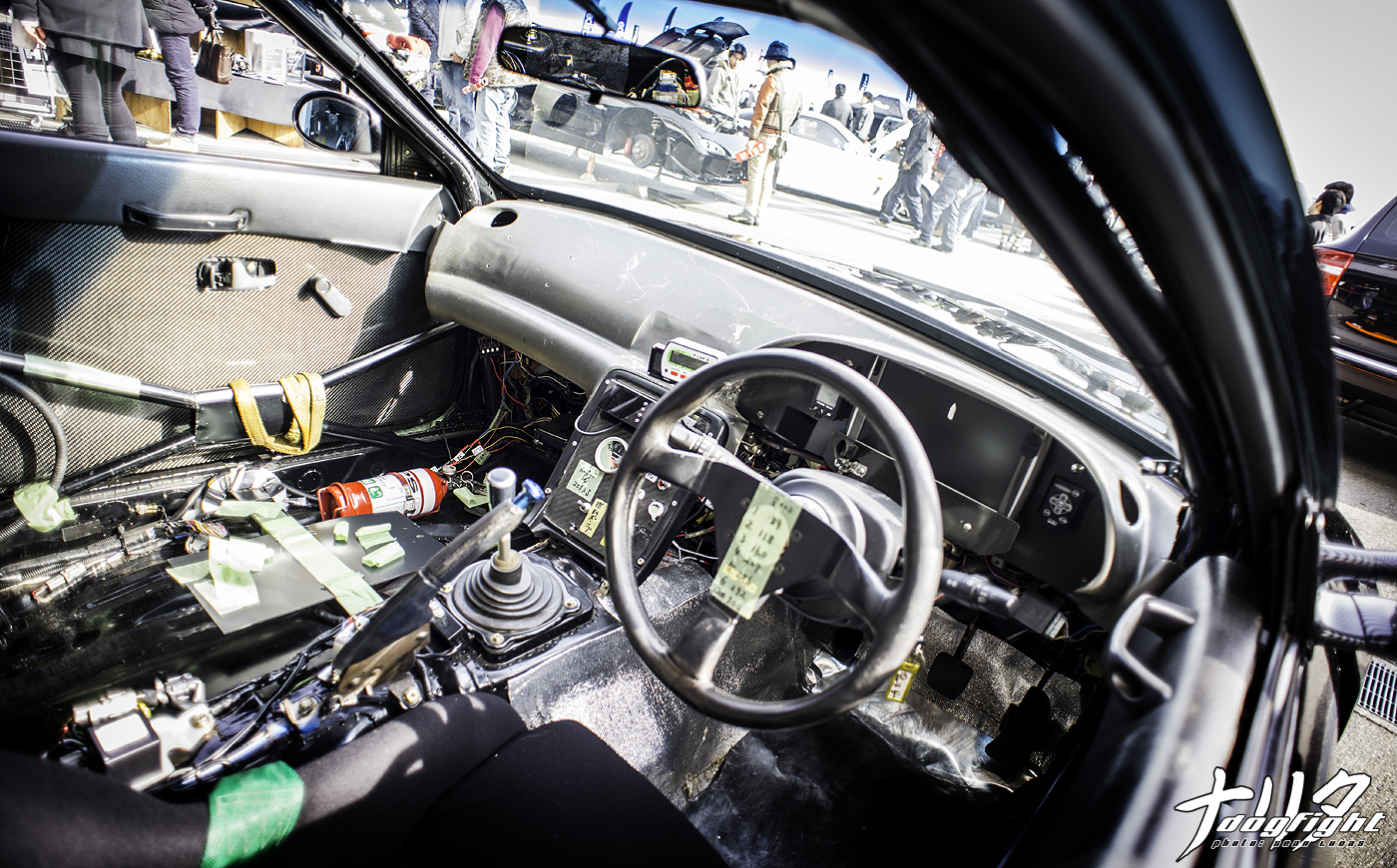 The interior is minimal to say the least.  A gutted carbon dash shell houses various gauges and meters, as well as a fully digital cluster setup that utilizes an Alpine LCD screen. 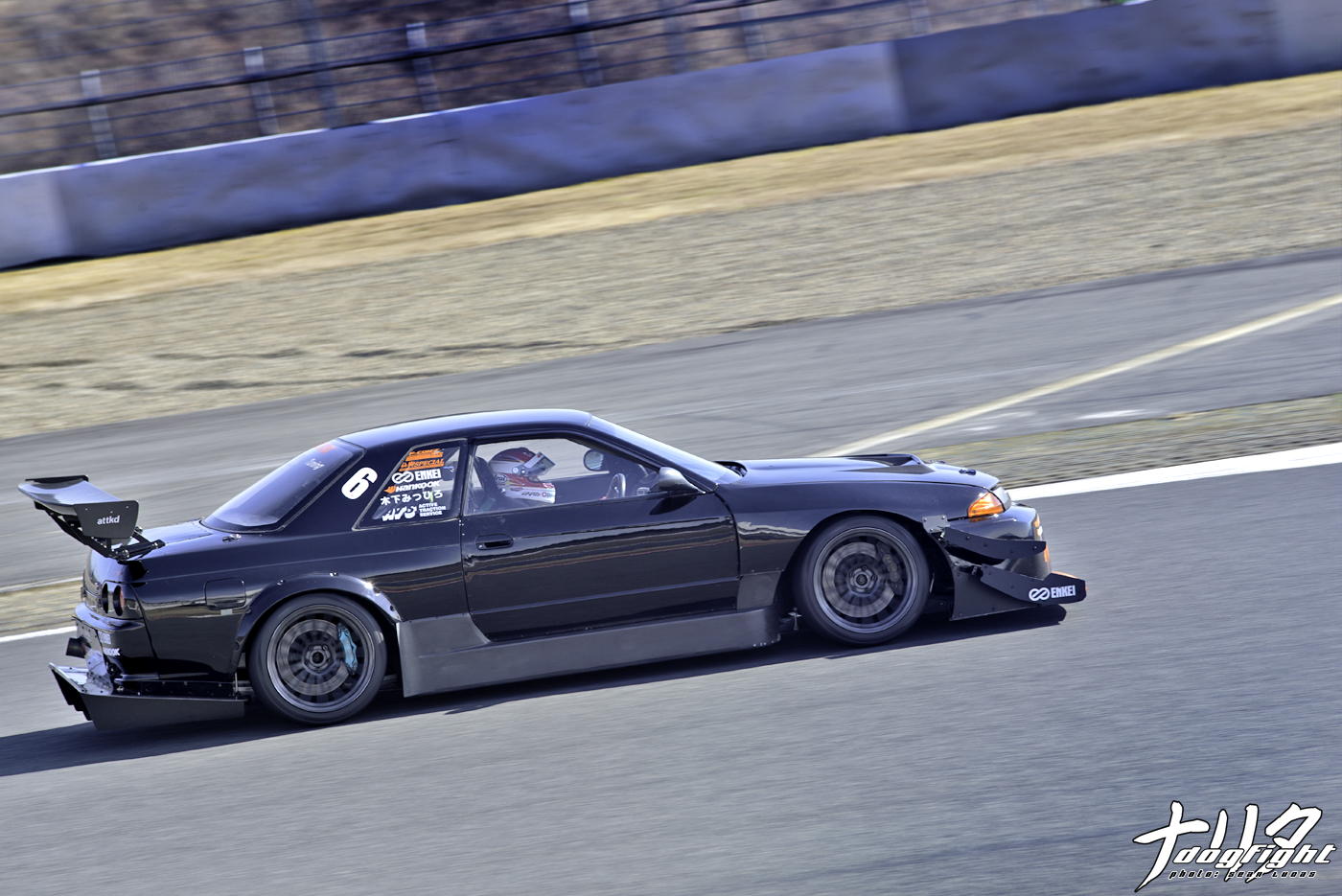 Studying the data from last years drive, they were able to assess that flat out around 300R (the 9th and very high speed corner) they were able to achieve a speed of 246 kph.  However, on the straight, the GTR would top out at just 282 kph.  Putting this information to use, they were able to reassess the relation to power and aerodynamics and adjust accordingly.  Creating a near perfect combination that wouldn’t impede their straight line speed was critical at Fuji, as the front straight is one of the longest around. 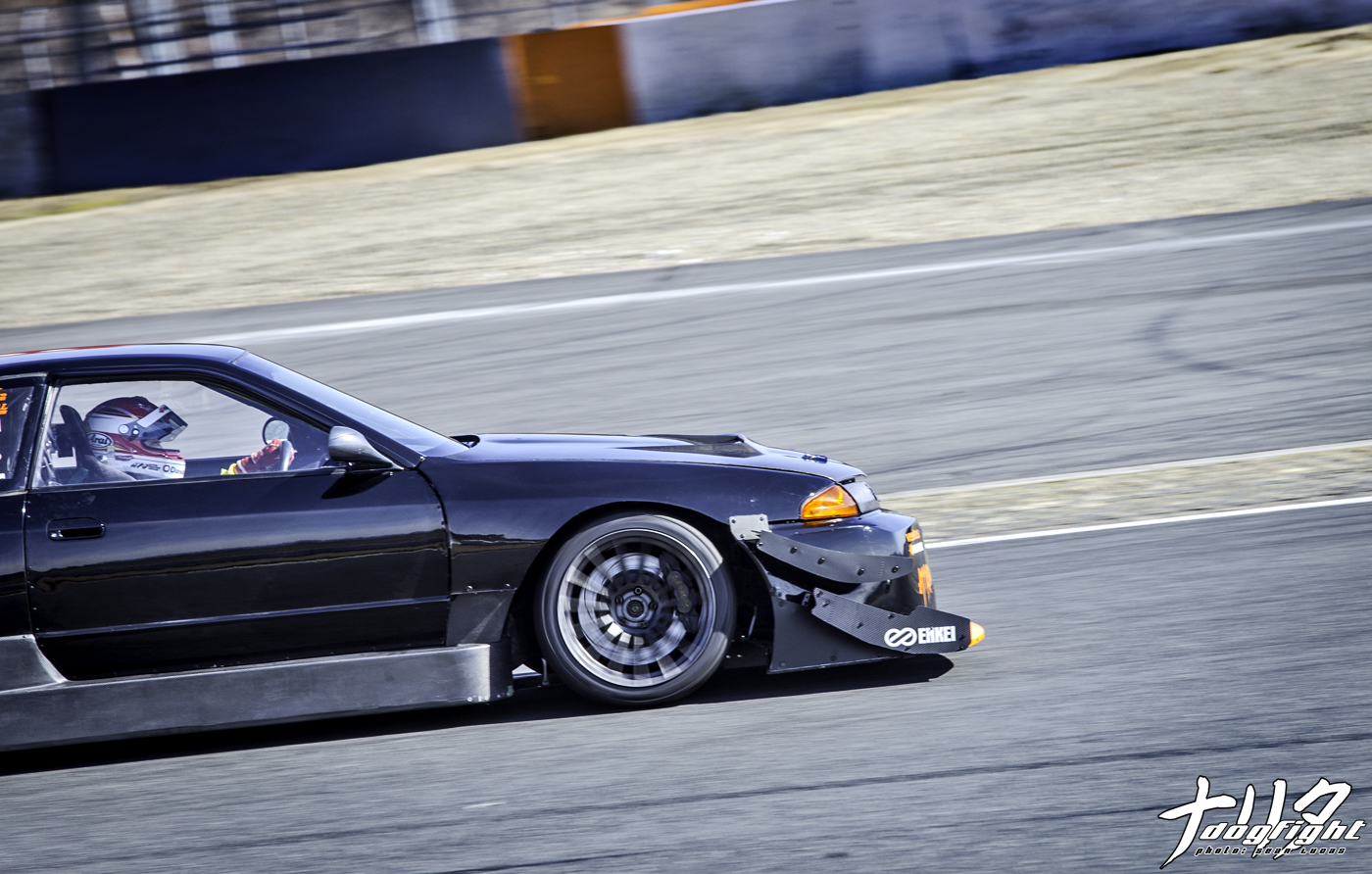 With a time much faster than last year, and one that was good for the 4th fastest time of the day (including the HKS GT1000 and Endless Z4), I’d say there is no doubt they are on the right track. 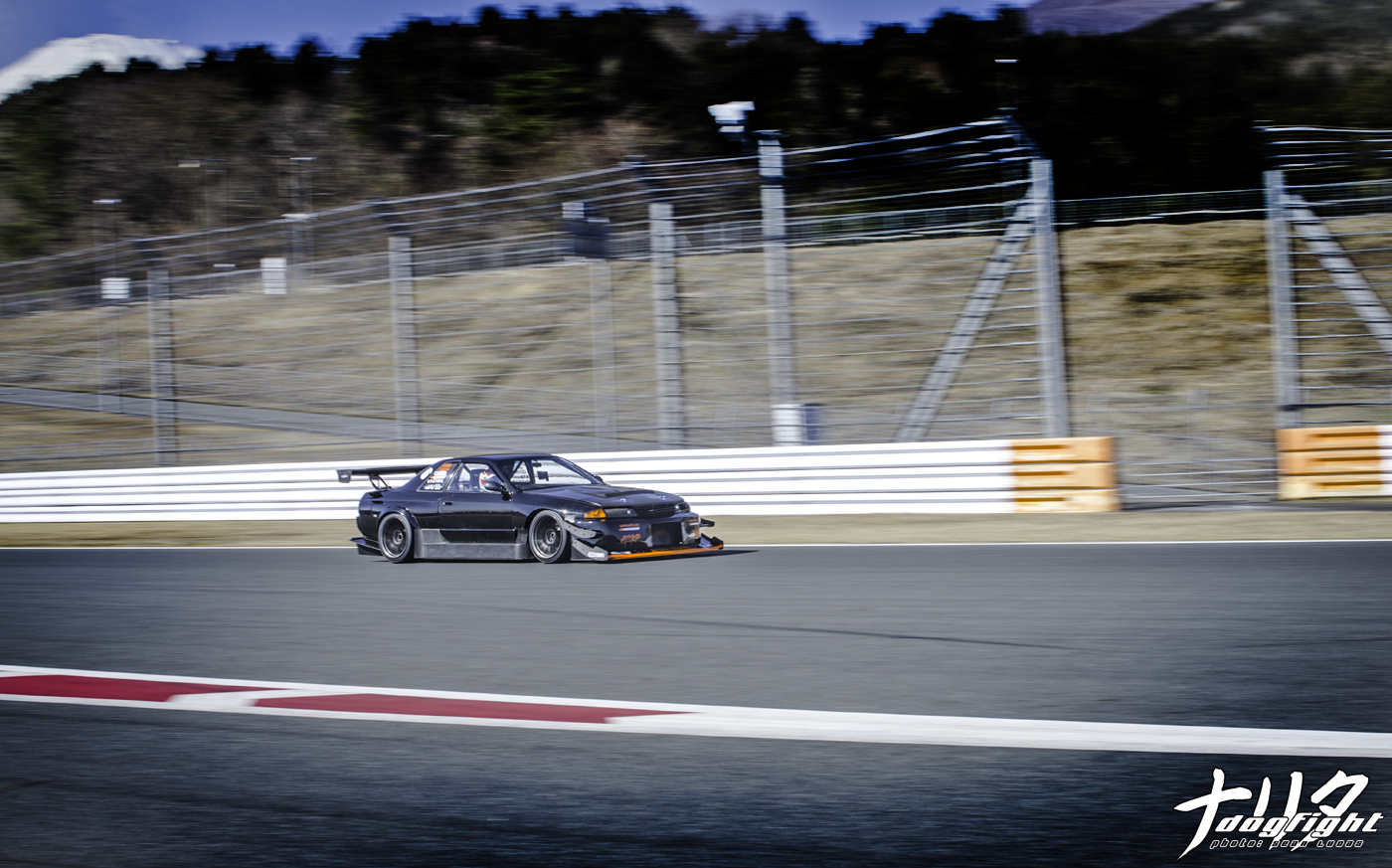