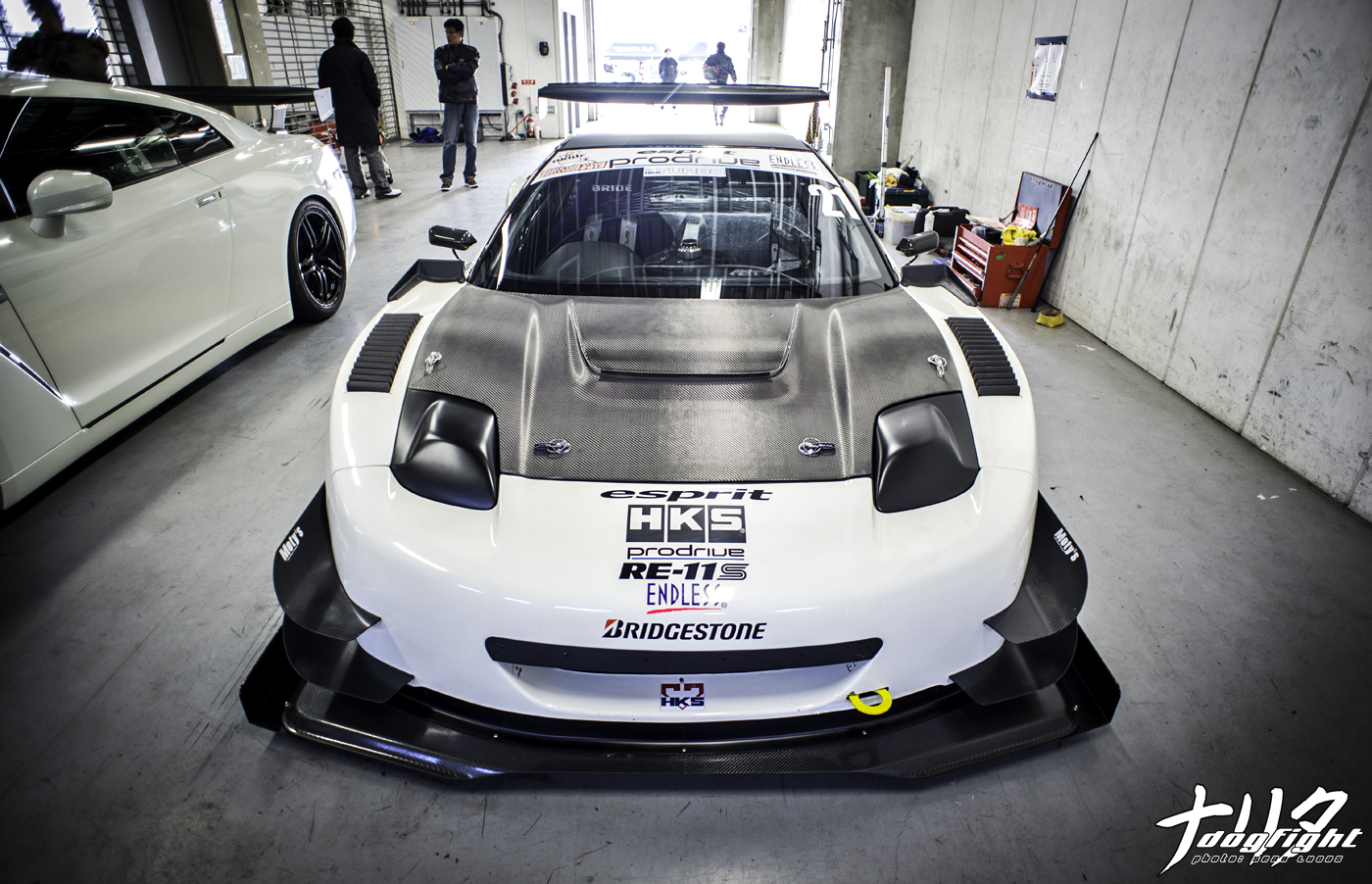 On many occasions, probably due to lack of my creativity, I’ve written excerpts on this site comparing certain managerial techniques to a variety of car builds.  That may or may not have something to do with my education and work background in the business sector, but I feel it’s something I can comfortably relate to.  These topics, at surface level, I would imagine to be somewhat obscure on an automotive website.  The truth of the matter is, in almost all regards, the processes discussed are very much applicable to time attack builds.  The practice of Continual Improvement is one such business practice, and in the realm of time attack, not many shops demonstrate this practice better than Esprit in the ongoing development of their NSX.

“Improvement usually means doing something that we have never done before.”

Shigeo Shingo, a pioneer in the field of manufacturing process, had the right idea when it came to moving forward.  To take each part of production, and tailor it to compliment the others it interacts with; with the end goal of creating the fastest, the most accurate and the most efficient methods as possible.  Similar to the manufacturing process, race cars are inherently a sum of their individual parts and can be looked at in the same light. 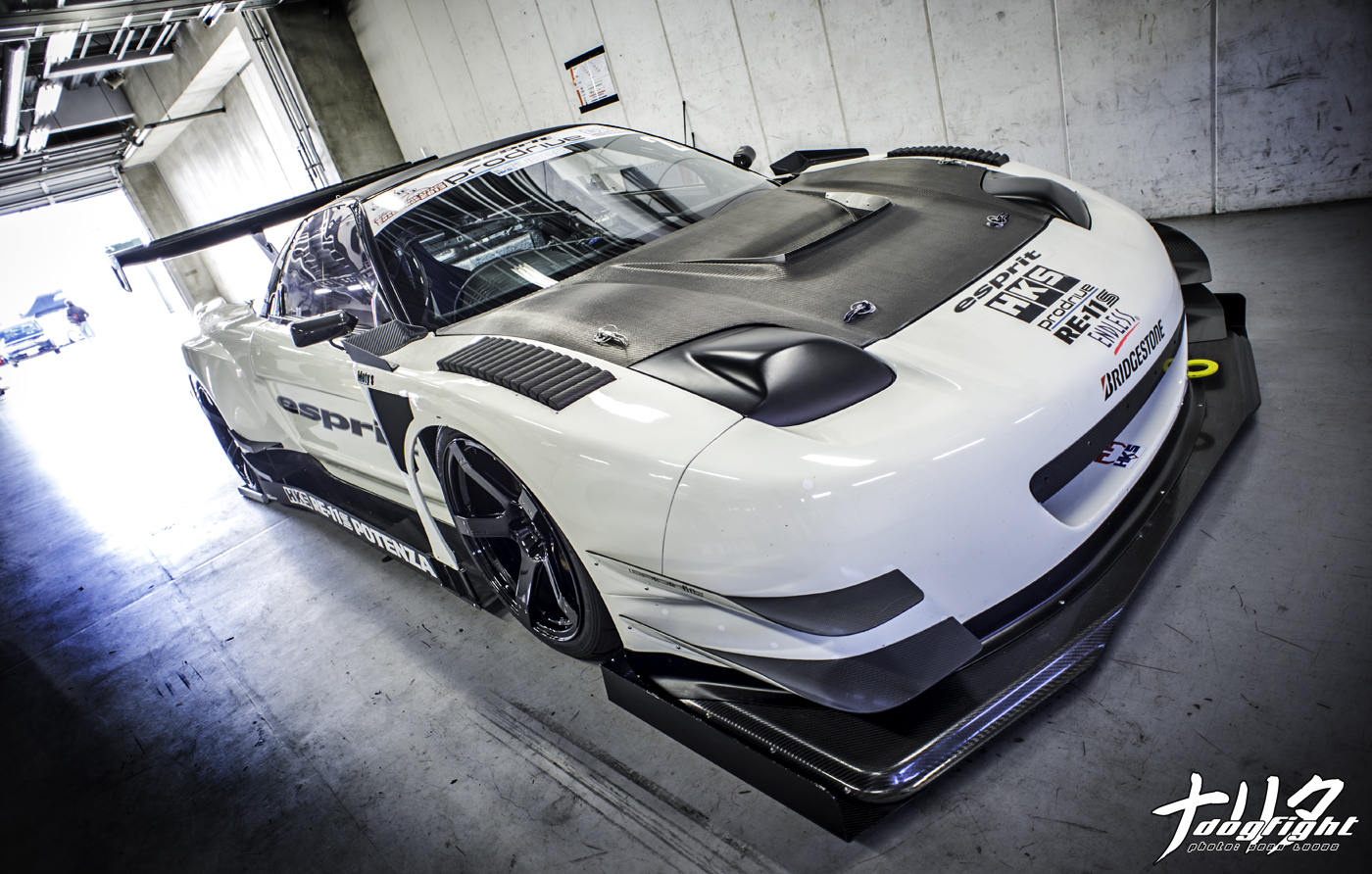 While there are many good examples we can look at in motor sports that highlight this comparison, the Esprit NSX is especially good in the fact that the changes made to improve are tangible – I mean you can literally see them.  Especially in the latest reiteration of the aero on the car. 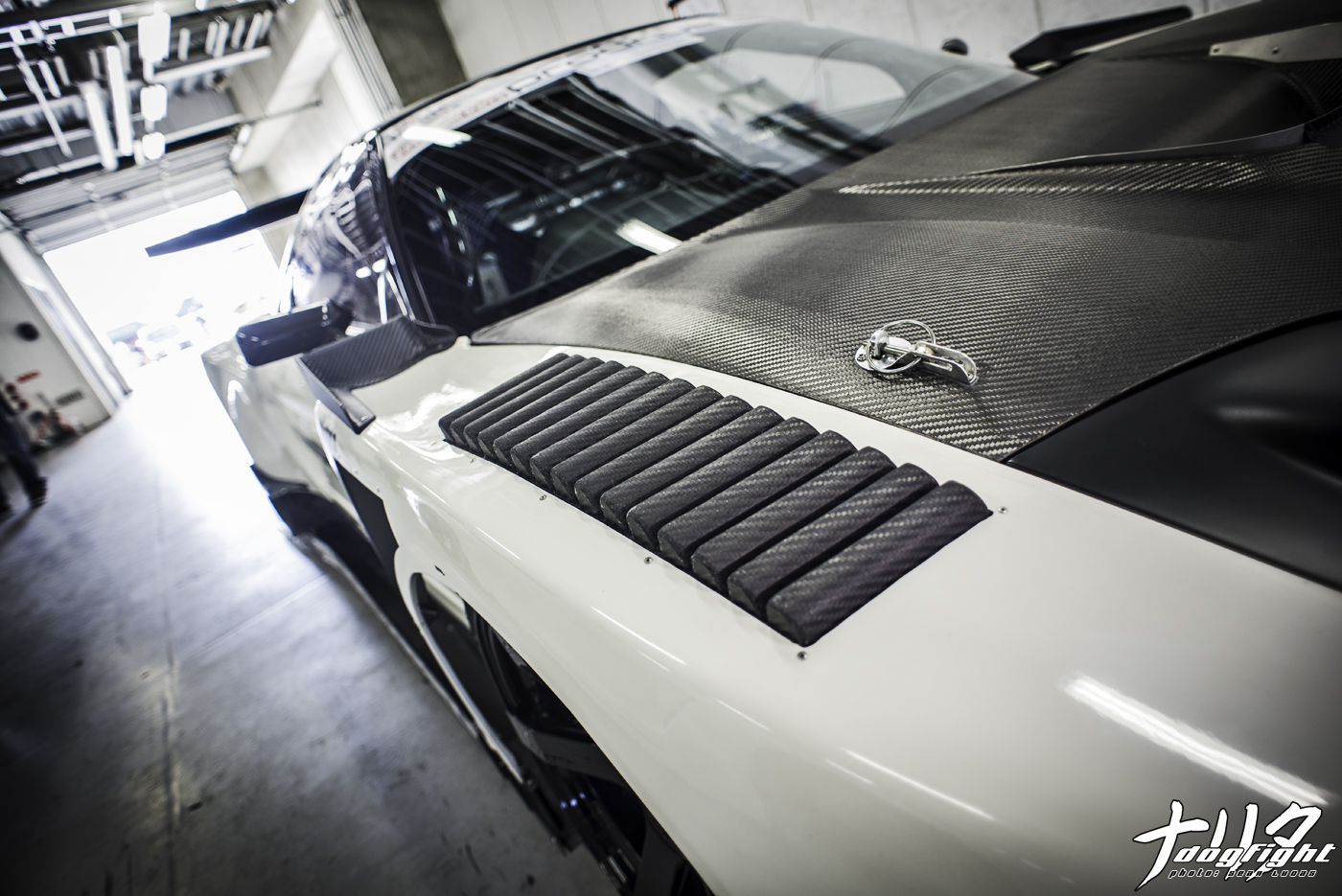 A plethora of new features, dressed in carbon, are littered throughout the NSX.  For 2015, Esprit added pieces on nearly every panel on the car.  From the louvered fenders… 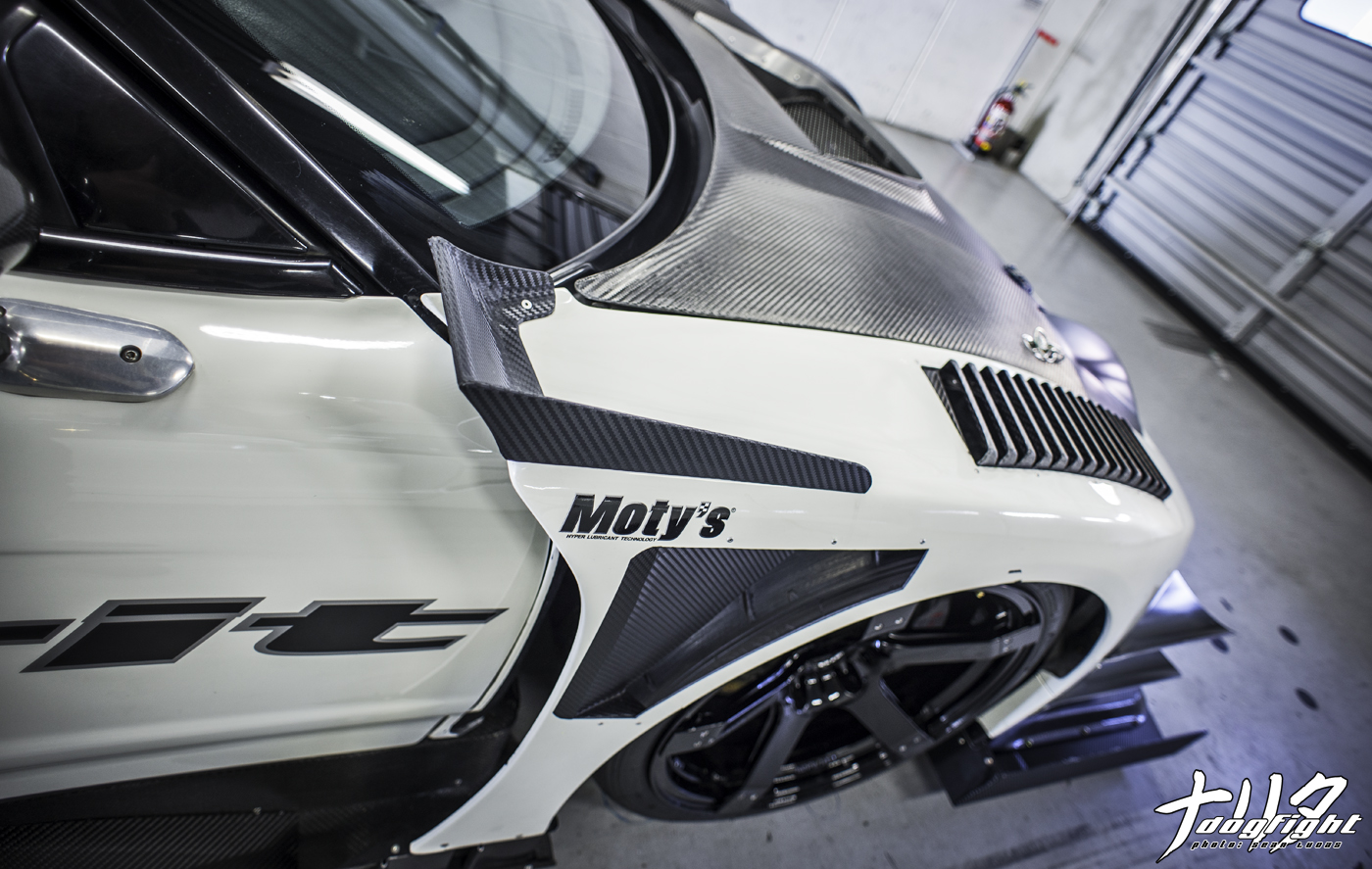 …to the new (to be honest I don’t even know what to call them) carbon scoops that rise from the back of each fender.  I’m wondering if these are in place to aid in directing airflow above the side mirrors.  I would imagine the act in providing a bit more front end down-force as well. 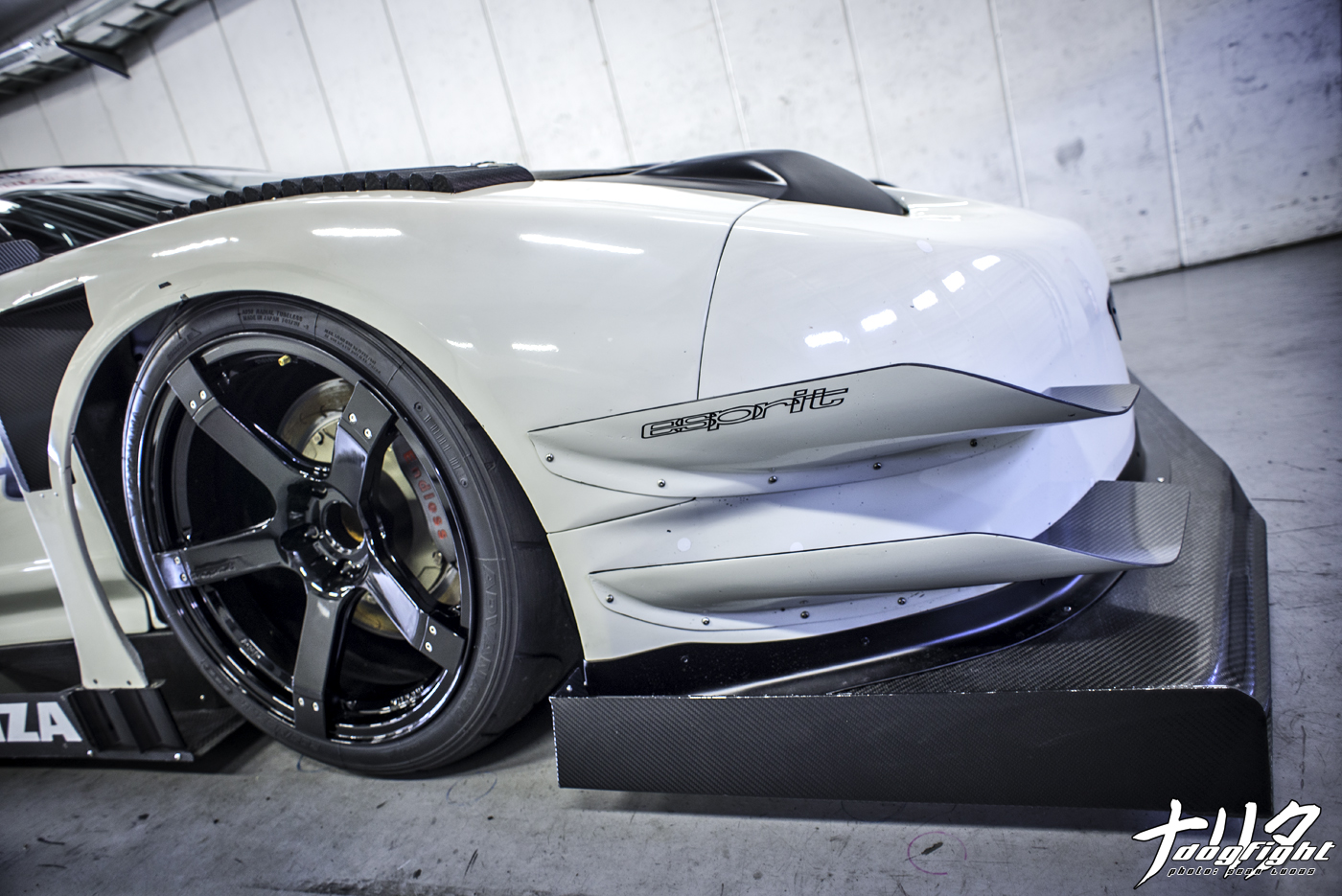 An improved splitter up front increases stability over last year. 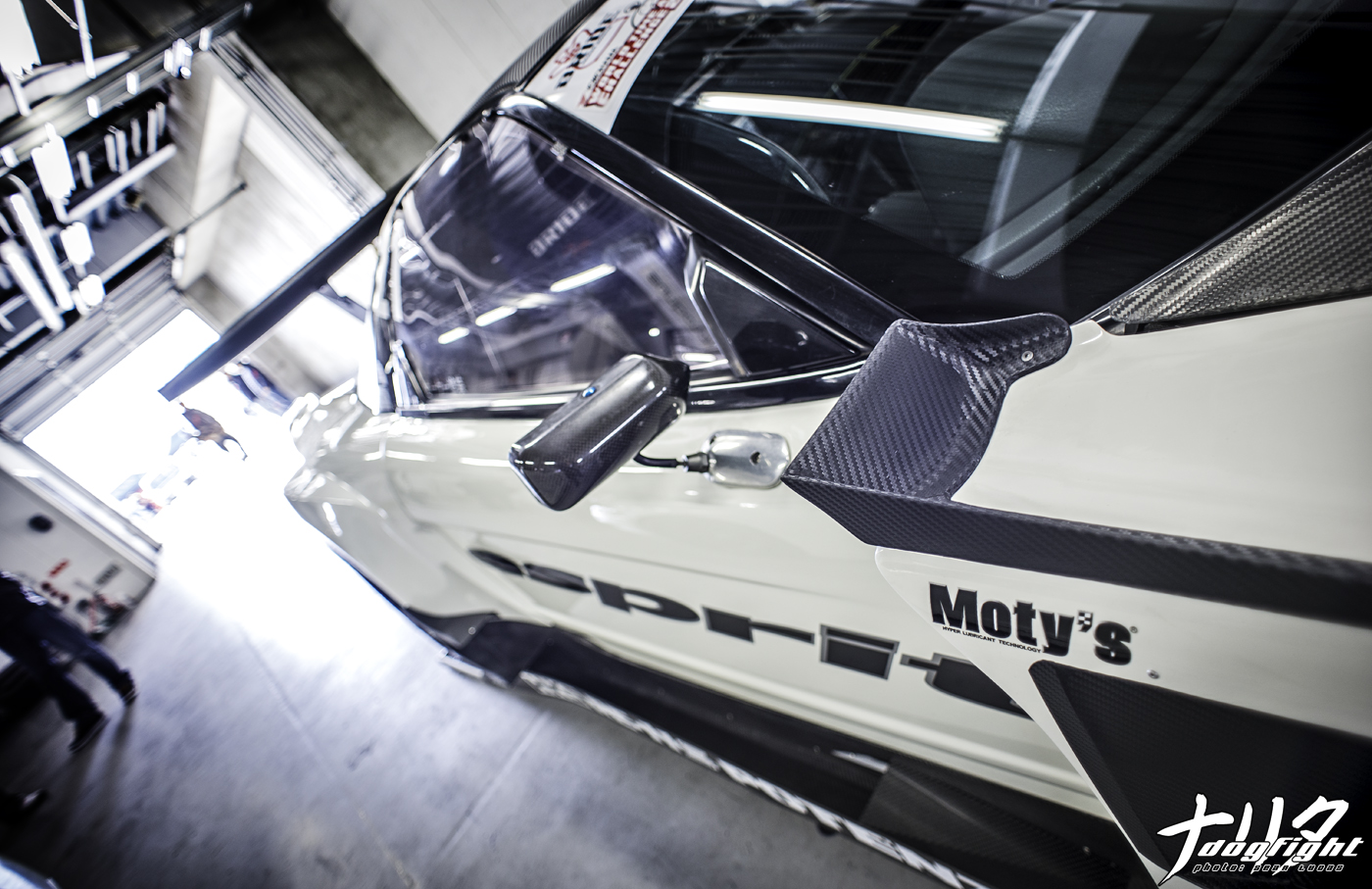 Another shot of the scoop – that’s what I’m going with…scoop. 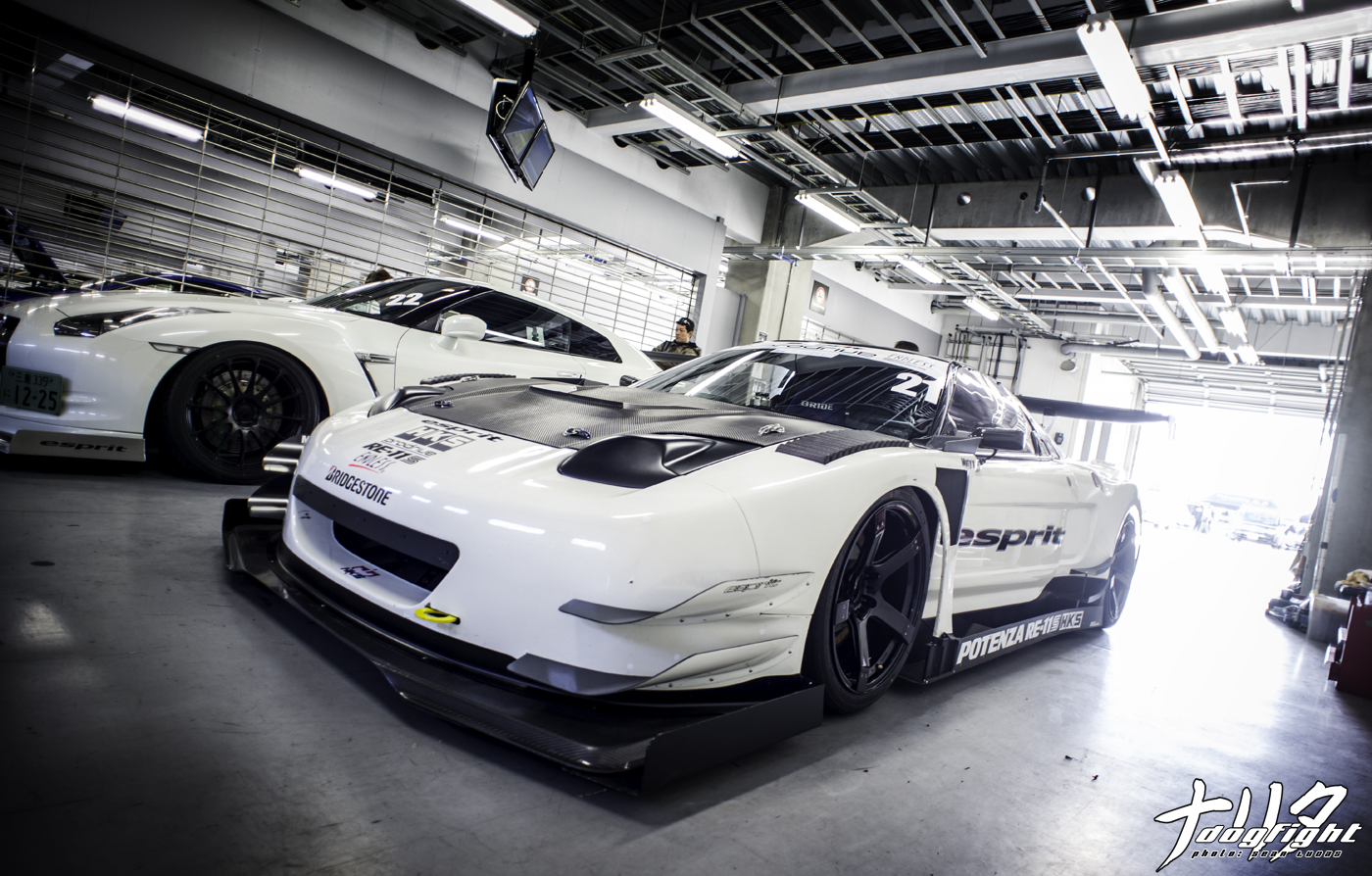 The aerodynamic improvements continue along the side of the NSX to include an entirely new skirt with an integrated rear canard outfit. 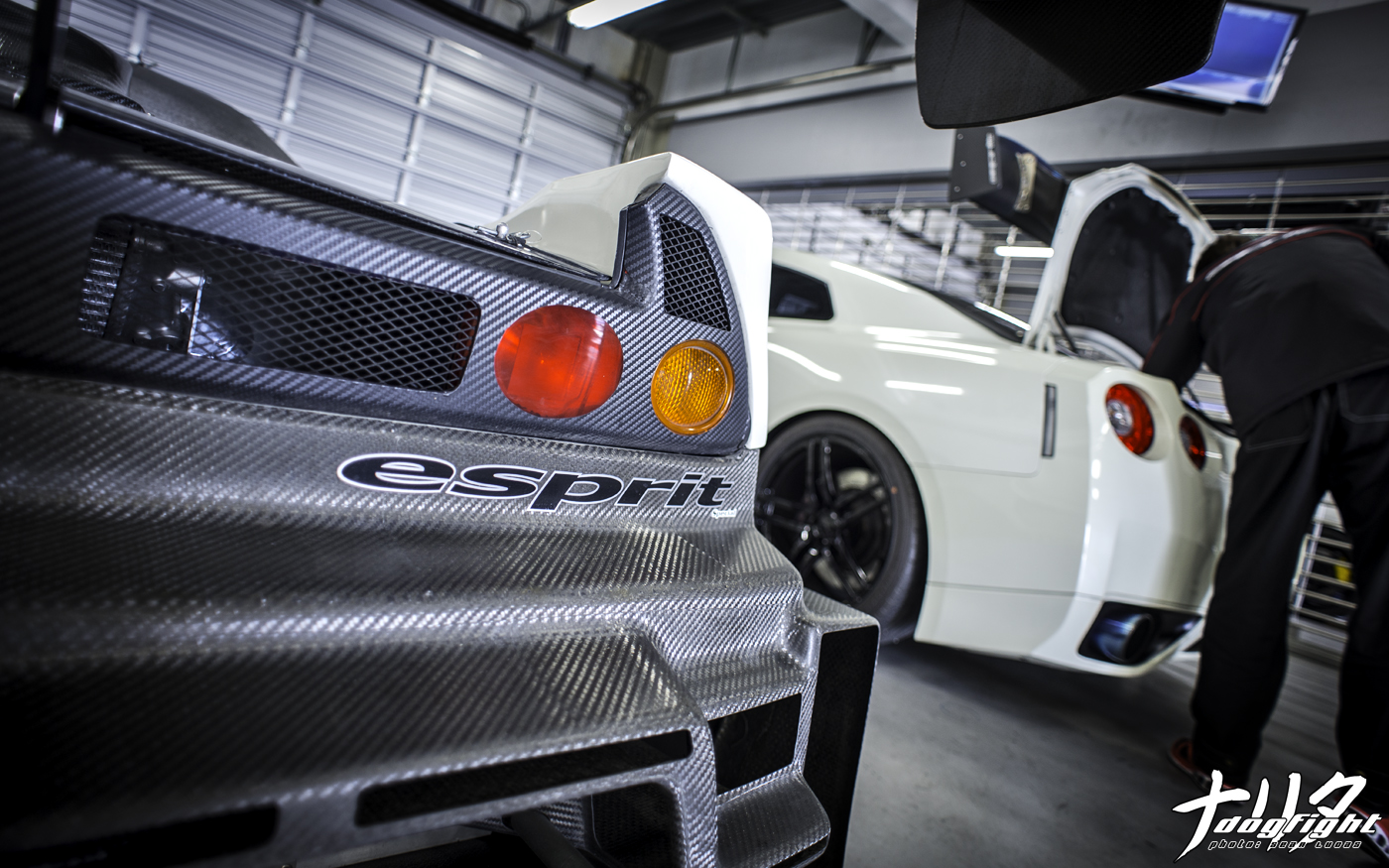 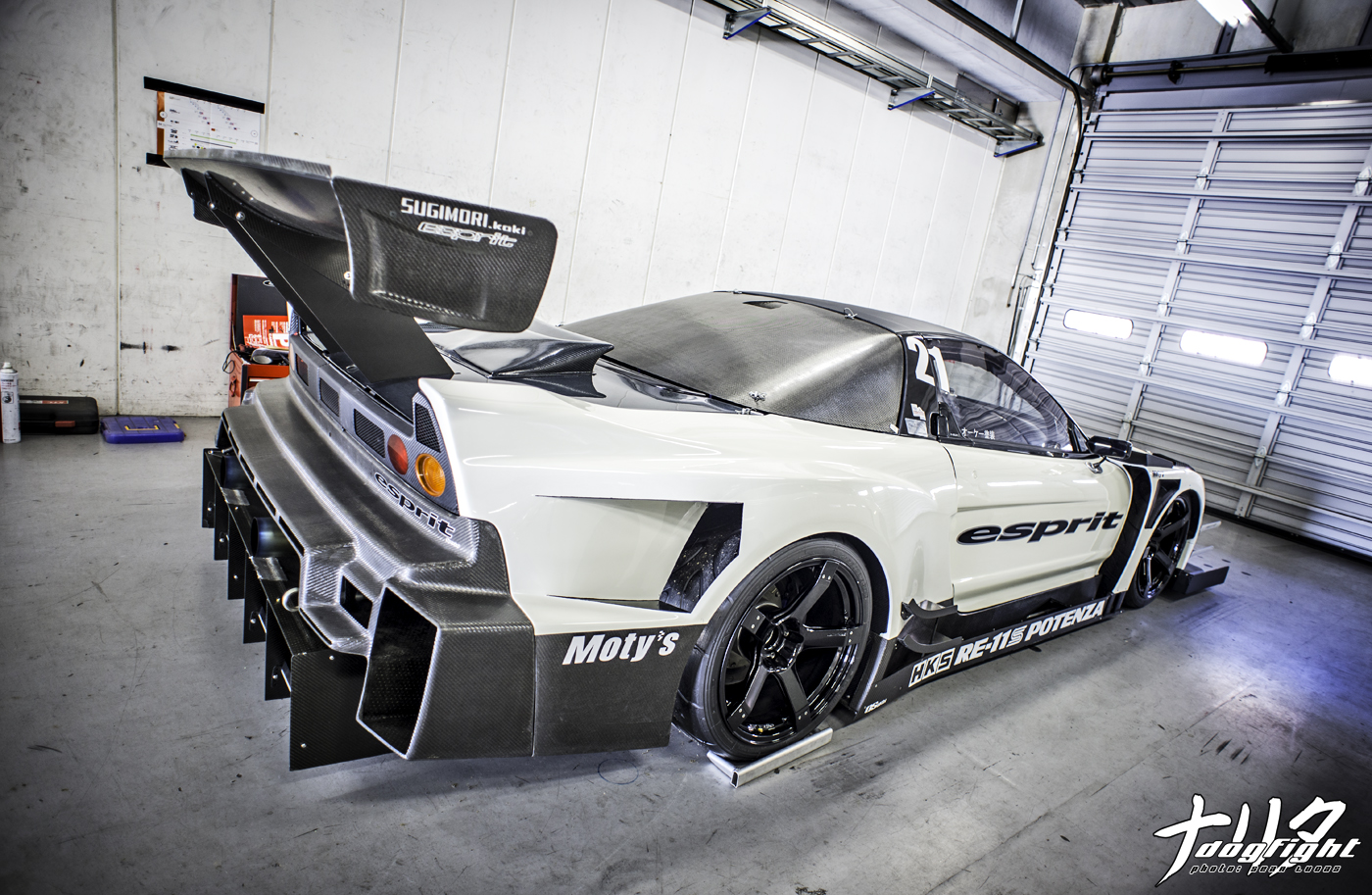 While the rear bumper maintains a similar look and appears to be somewhat untouched, you’d be surprised to find out the rear diffuser has been redesigned.  Included in the rear quarter panel now are large cutouts that provide a clear view of the rear Advans that are wrapped around the Prodrive wheels. 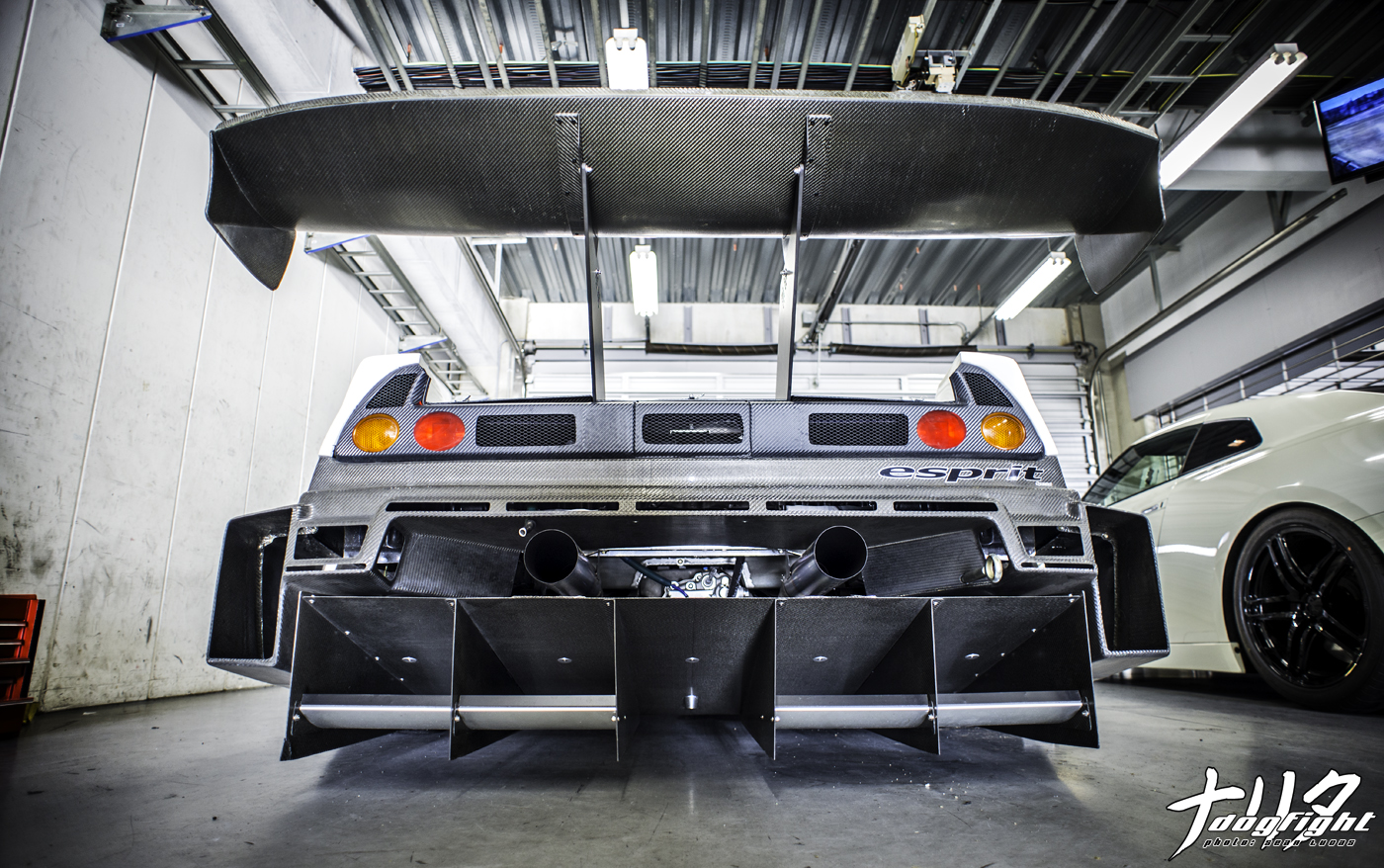 The addition of an adjustable airfoil underneath the diffuser gives Esprit more control over how rear air flow affects the drive. 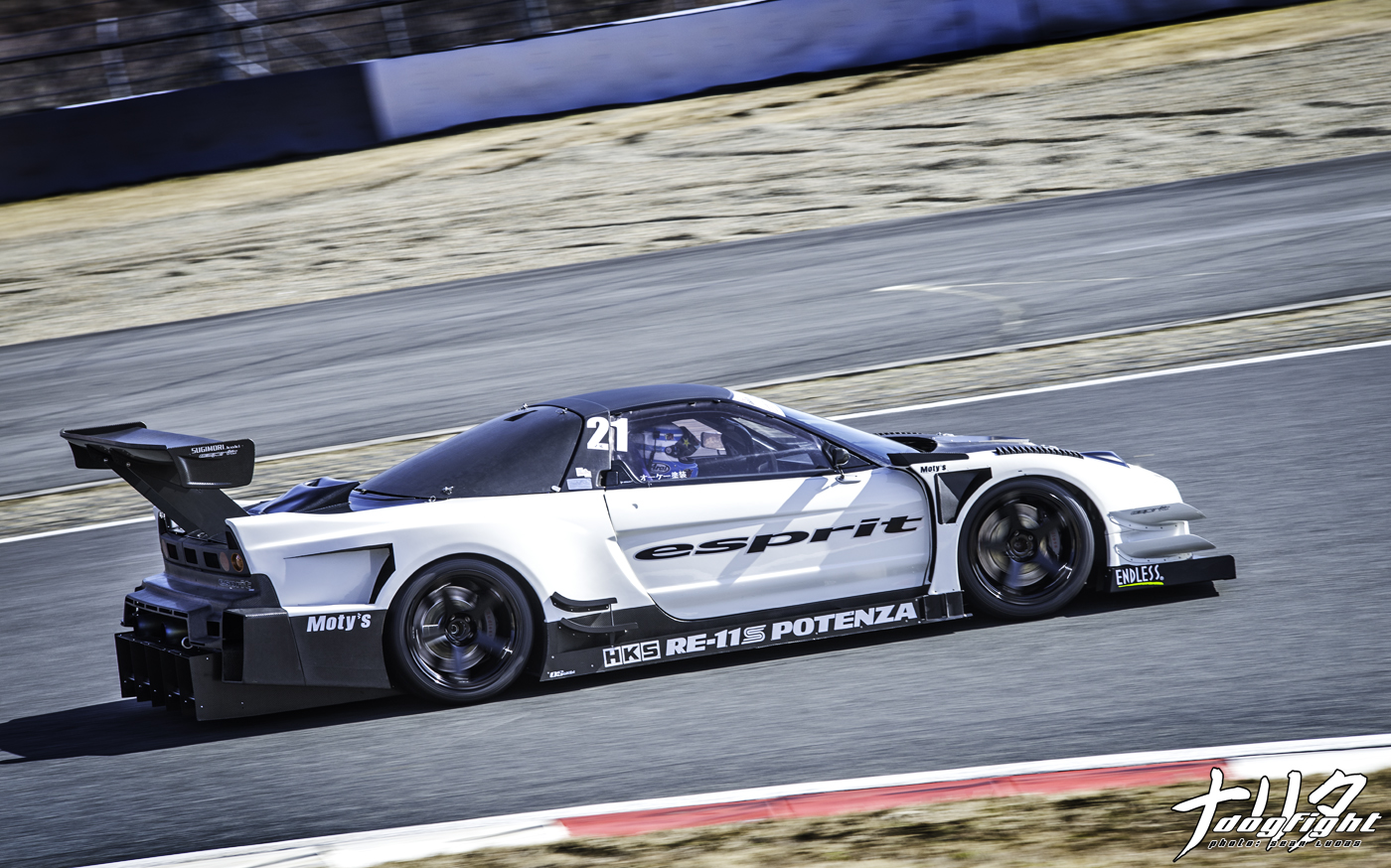 The C30A engine, which has been rotated 90 degrees and situated in a custom sub-frame (to improve weight distribution), remains relatively untouched since it’s original build.  It still sports an array of Esprit internals; camshafts, rods and pistons, as well as a pair of custom turbo manifolds for the two T517Z turbos. 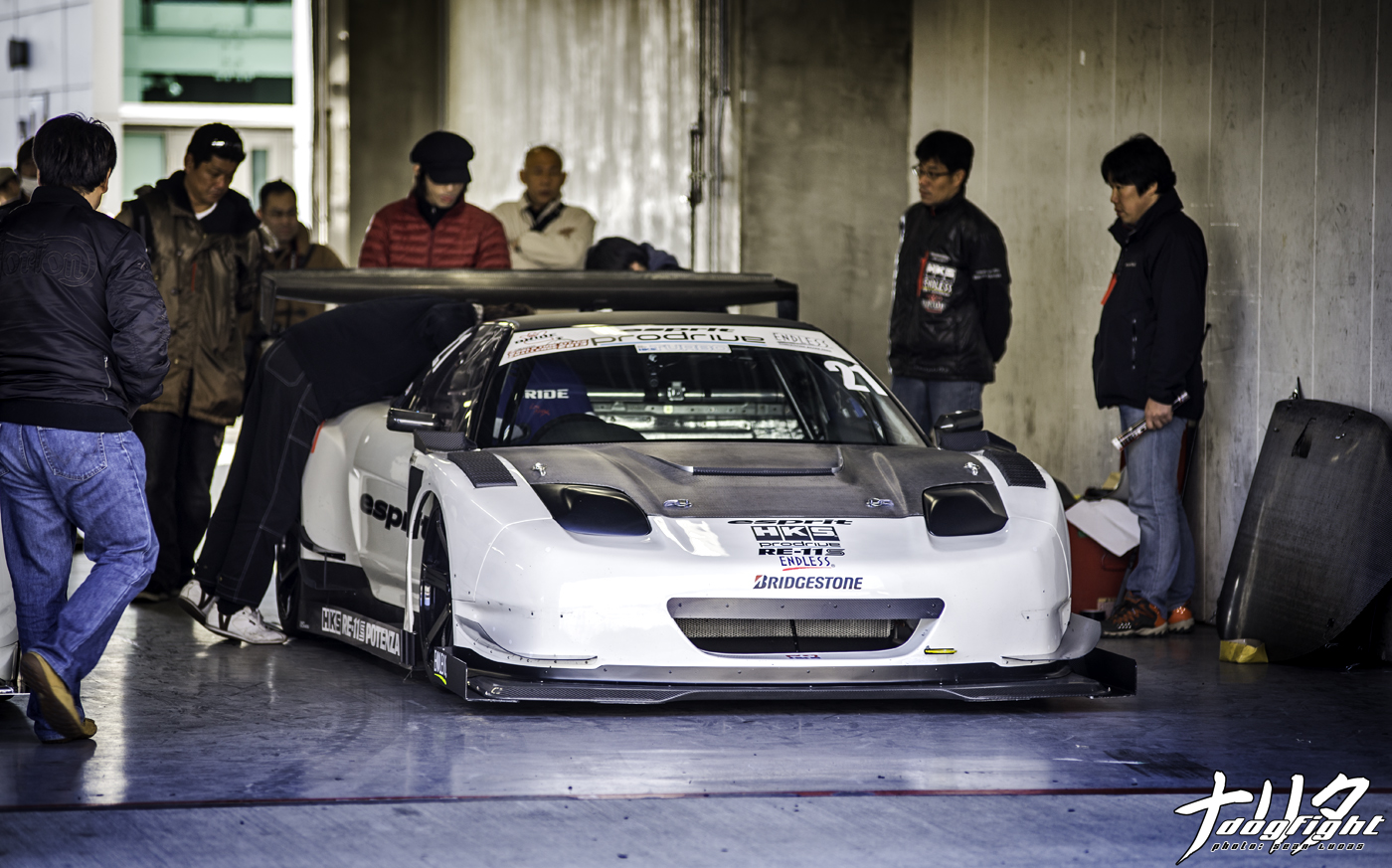 Following this car from year to year, we get an idea of just how endless improvement in the motor sport field can be.  Whether it be in small changes to the exterior, or the addition of power, or even something as technical as gear ratios; each part of a time attack car can be improved upon to compliment another.

In this case, Esprit’s modifications led Tarzan to drive to a team record of 1’42.466.  Faster by about a half second over last years time, and good for second in it’s class.

If Esprit stays on the right track, I can only see the times getting quicker and quicker – as is the end game of any participant in the sport.