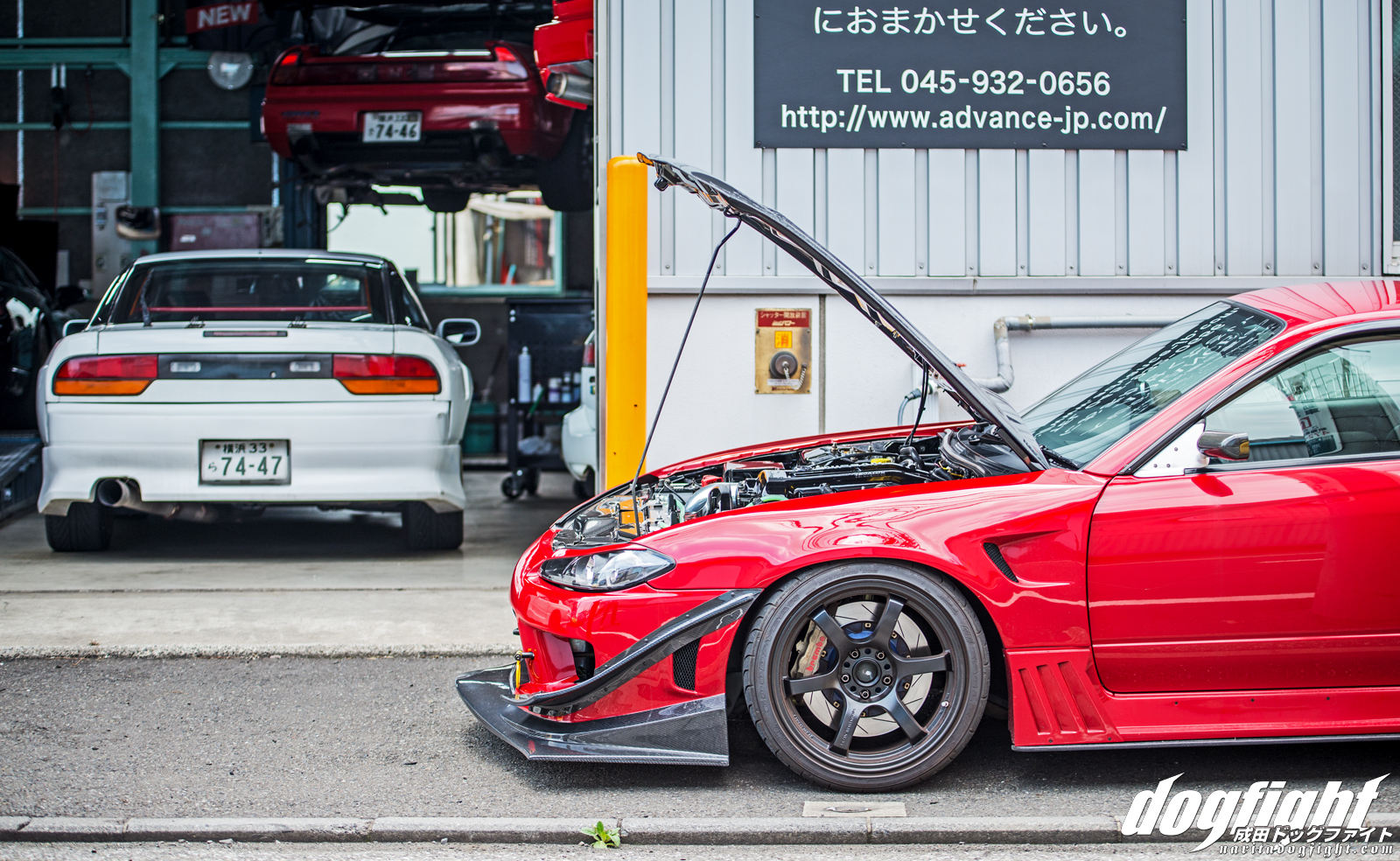 To say that this Silvia has come a long way in the past few months would be an understatement.  It’s not all too often we know the background behind a specific car build in Japan, partially because it is not commonplace to make it known to the world what the builders are doing in real time (i.e. build threads or frequent outlets for updates).  So it would probably be a surprise to most that not too long ago this car used to be a gloss white, stock-bodied Silvia until it was involved in an unfortunate accident, leaving it in need of some intense repair. 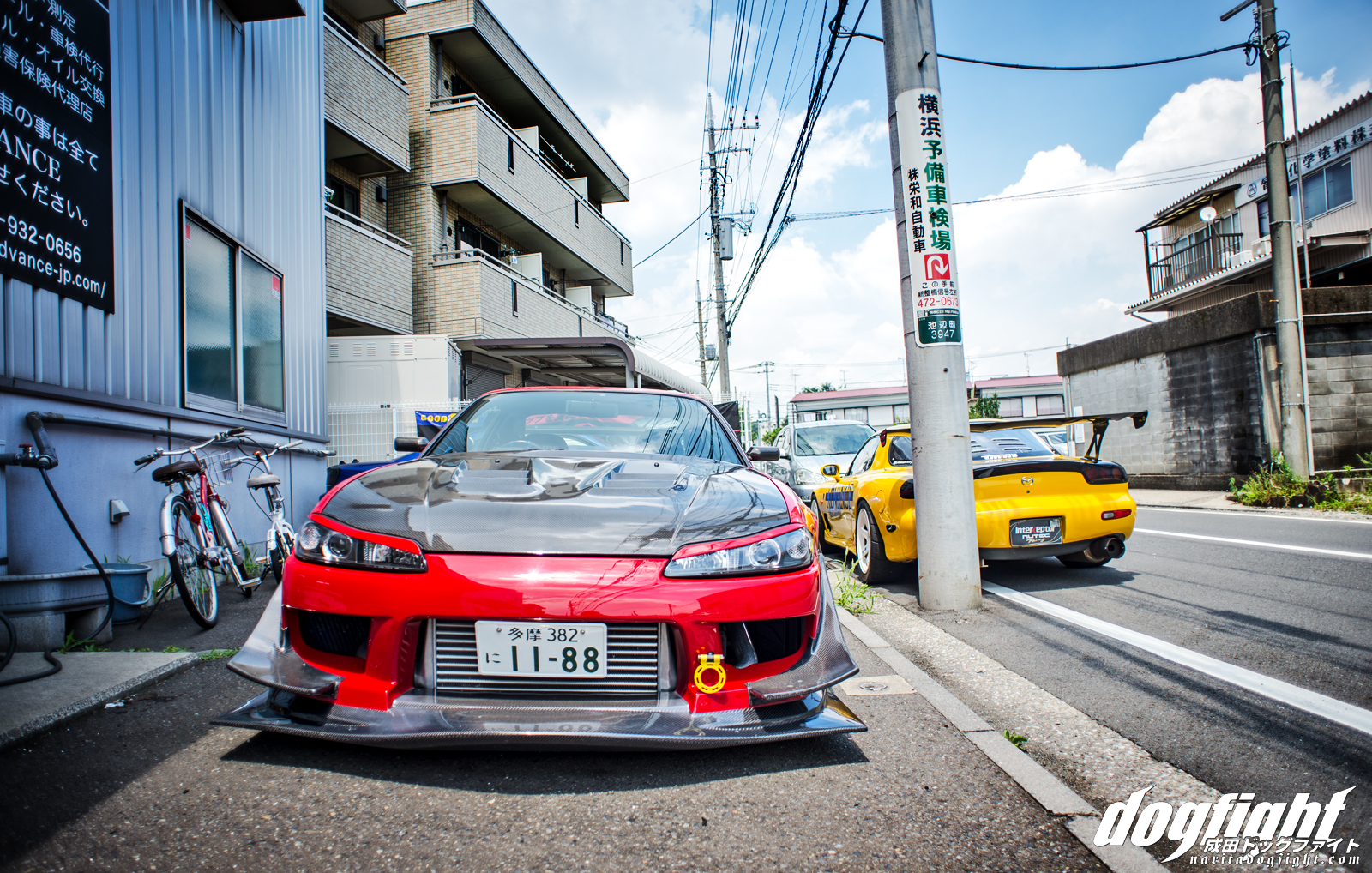 The last time I was in Japan (around February IIRC), I stopped by to catch up with the fellows at Advance, and in talking to Masahiro-san, I discovered that Yagi-san’s S15 had been in an accident.  Instead of scrapping the car, or replacing it for something more practical for a family car, it was decided he would take this opportunity to revamp his beloved S15.  Knowing the recent work I had done with Garage Mak, he mentioned that the car would be getting a complete Revolution kit.

So when we arrived this past week to say hi, I was pleased to see it sitting outside the shop. 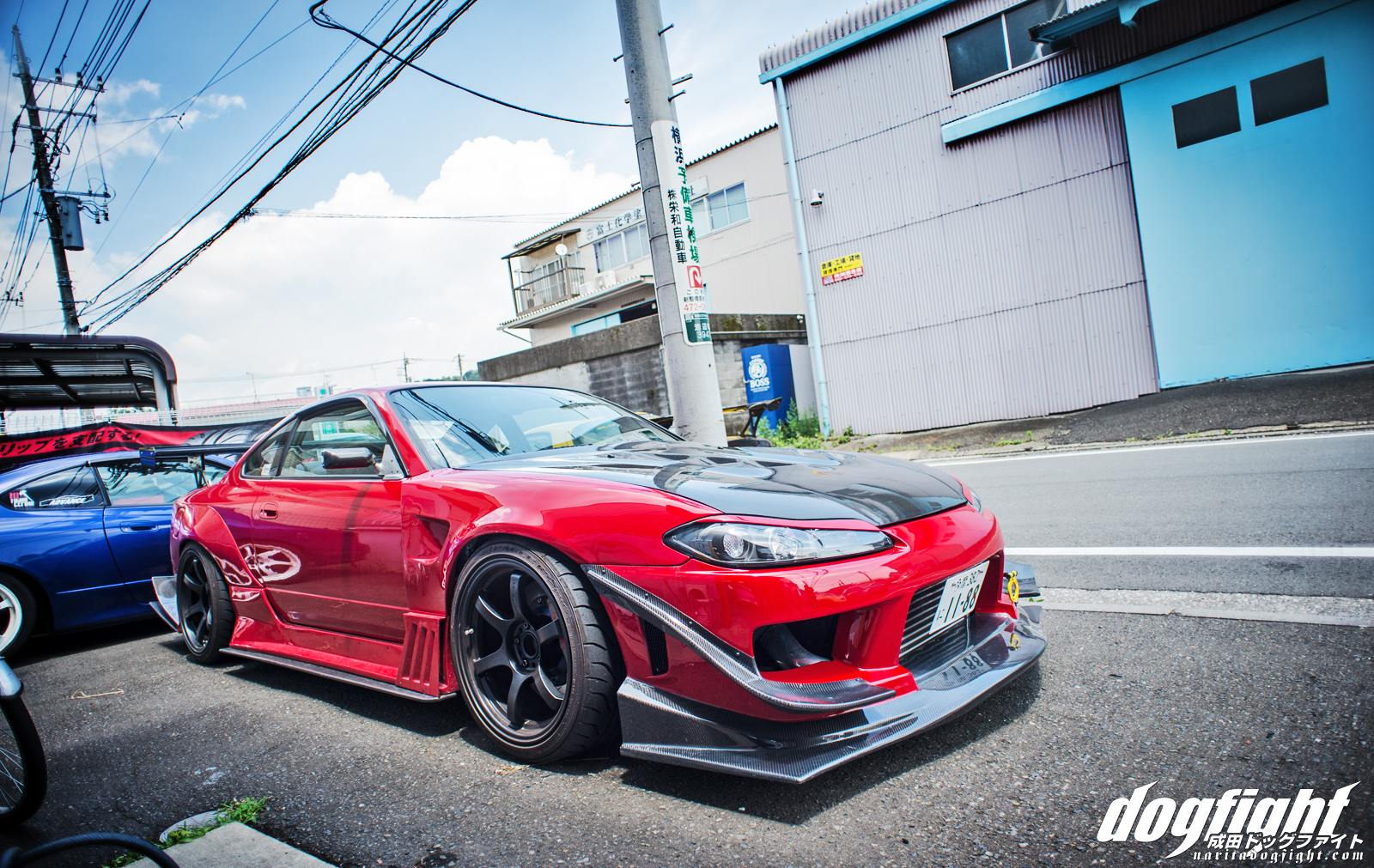 Yagihashi is the engine tech at Advance.  While he’s used to tinkering with the shops specialty, the NSX’s C30A’s, he’s no stranger to the Nissan family of engines as well.  Working for a company like Advance, he is constantly exposed to customers who want the best from a variety of platforms; which works in his advantage, as he knows how to get the most from the SR20 that resides in his S15. 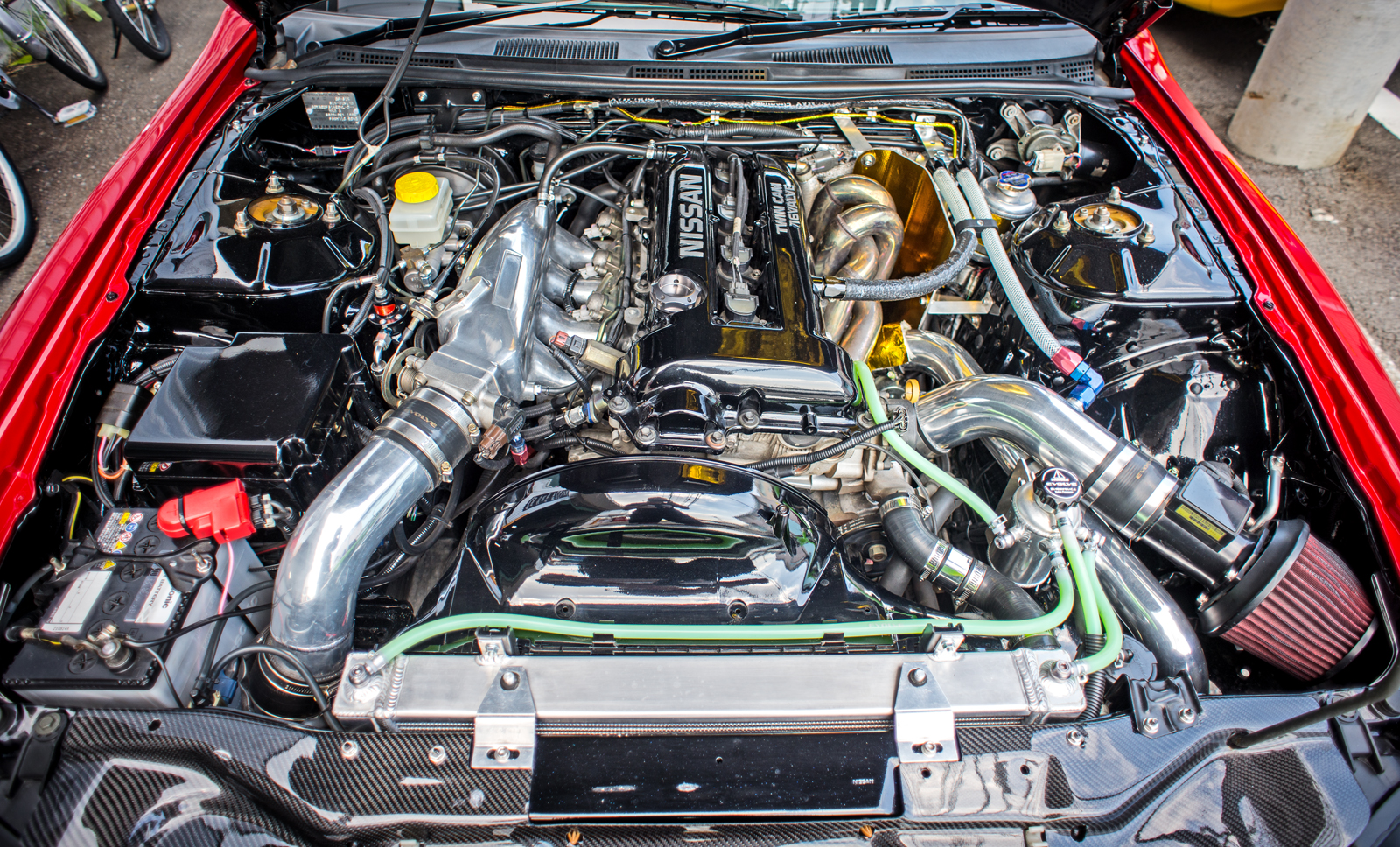 The SR, which I saw last sitting in the corner of the shop, is now inside the car and buttoned up nicely.  Aside from a handful of support mods, the engine’s internals remain relatively OEM.  On the other side of the equal length manifold, there’s a Yashio Factory YP Turbine, good for about 400 horsepower. 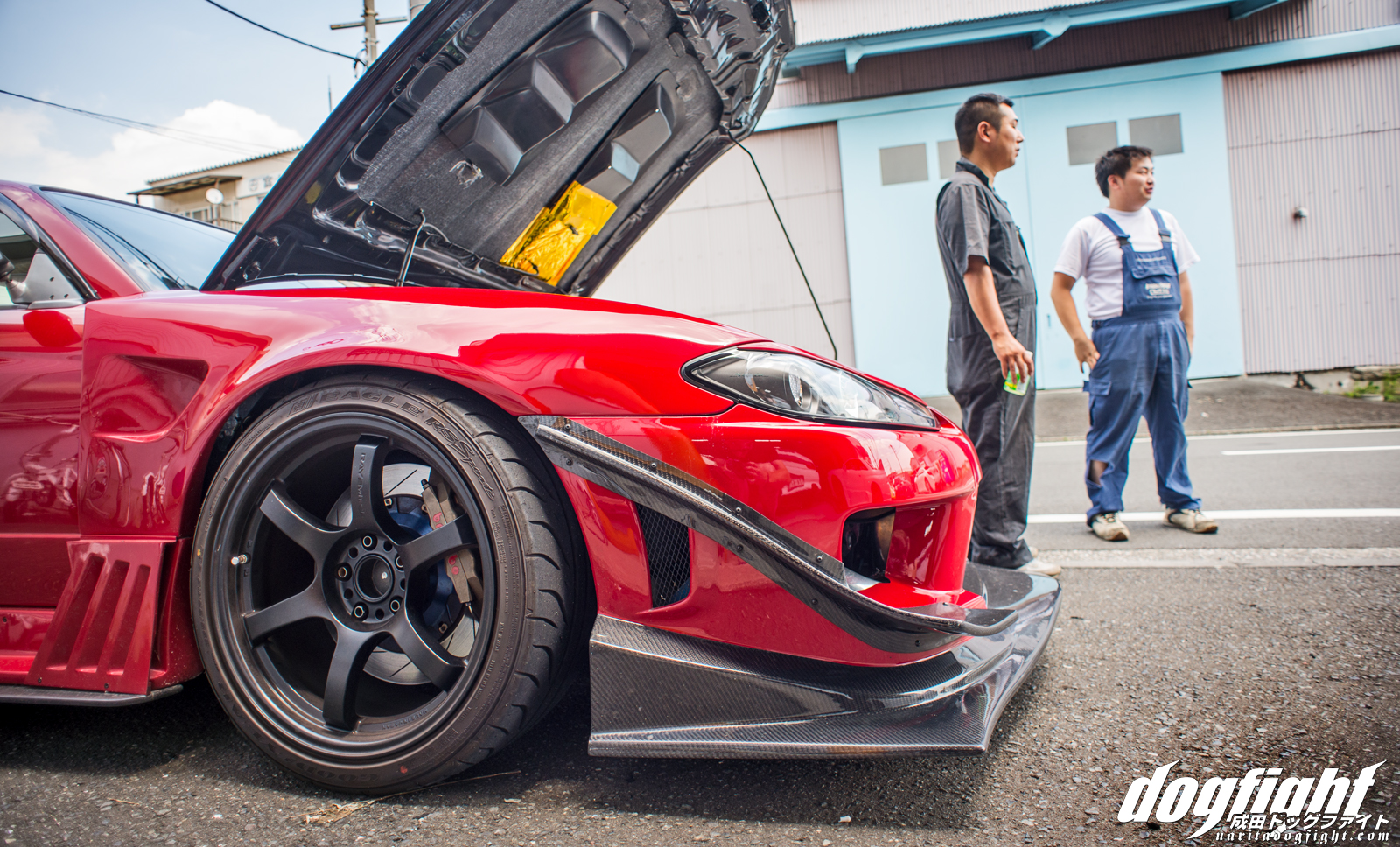 The matte black Gram Light 57DR’s provide a good look against the new bright red (a color that’s borrowed from the Honda Fit – there’s a connection to Honda!).  They also do a good job of hiding the Brembo 4-pot calipers that provide adequate stopping power on the street and track. 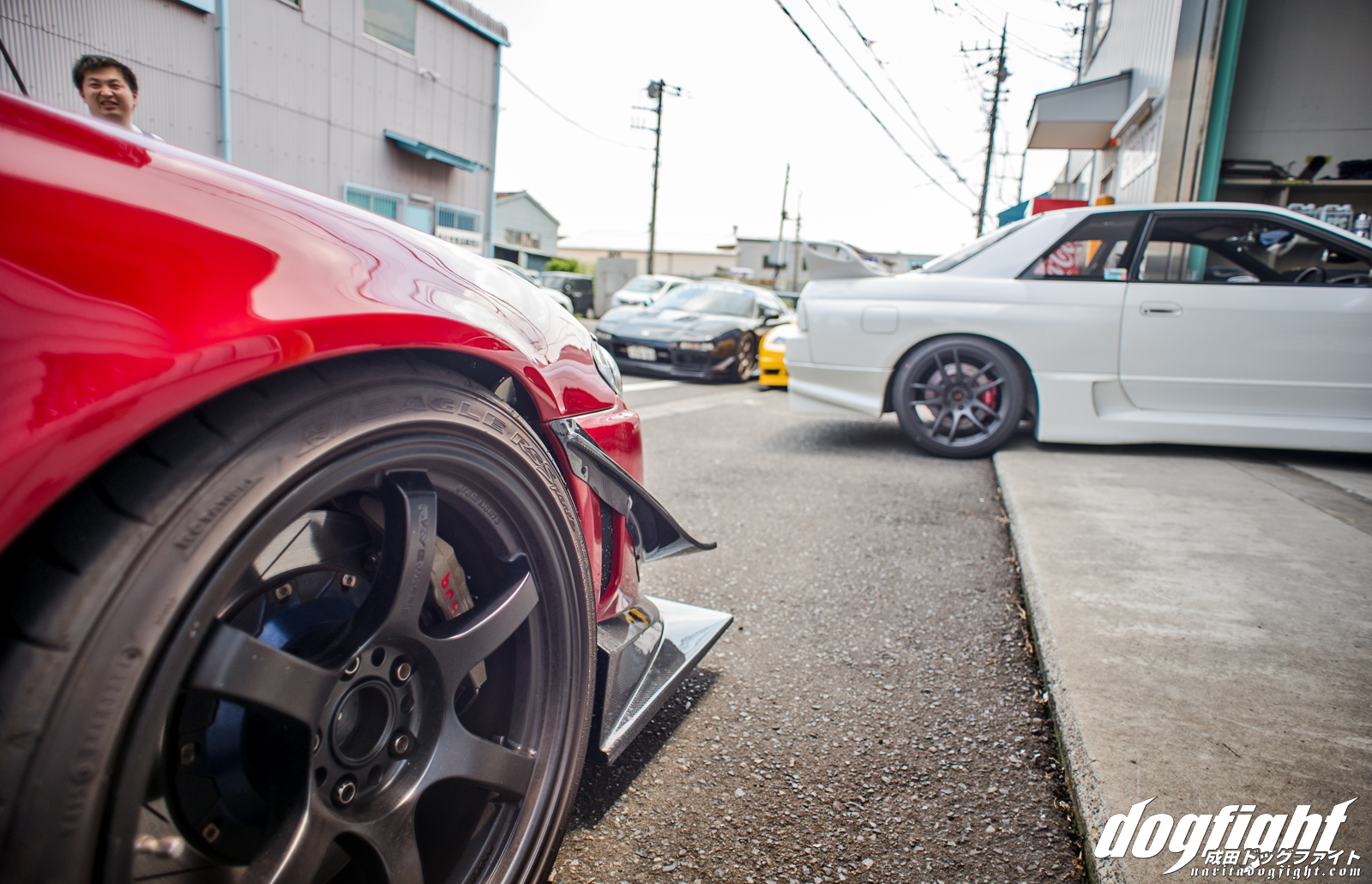 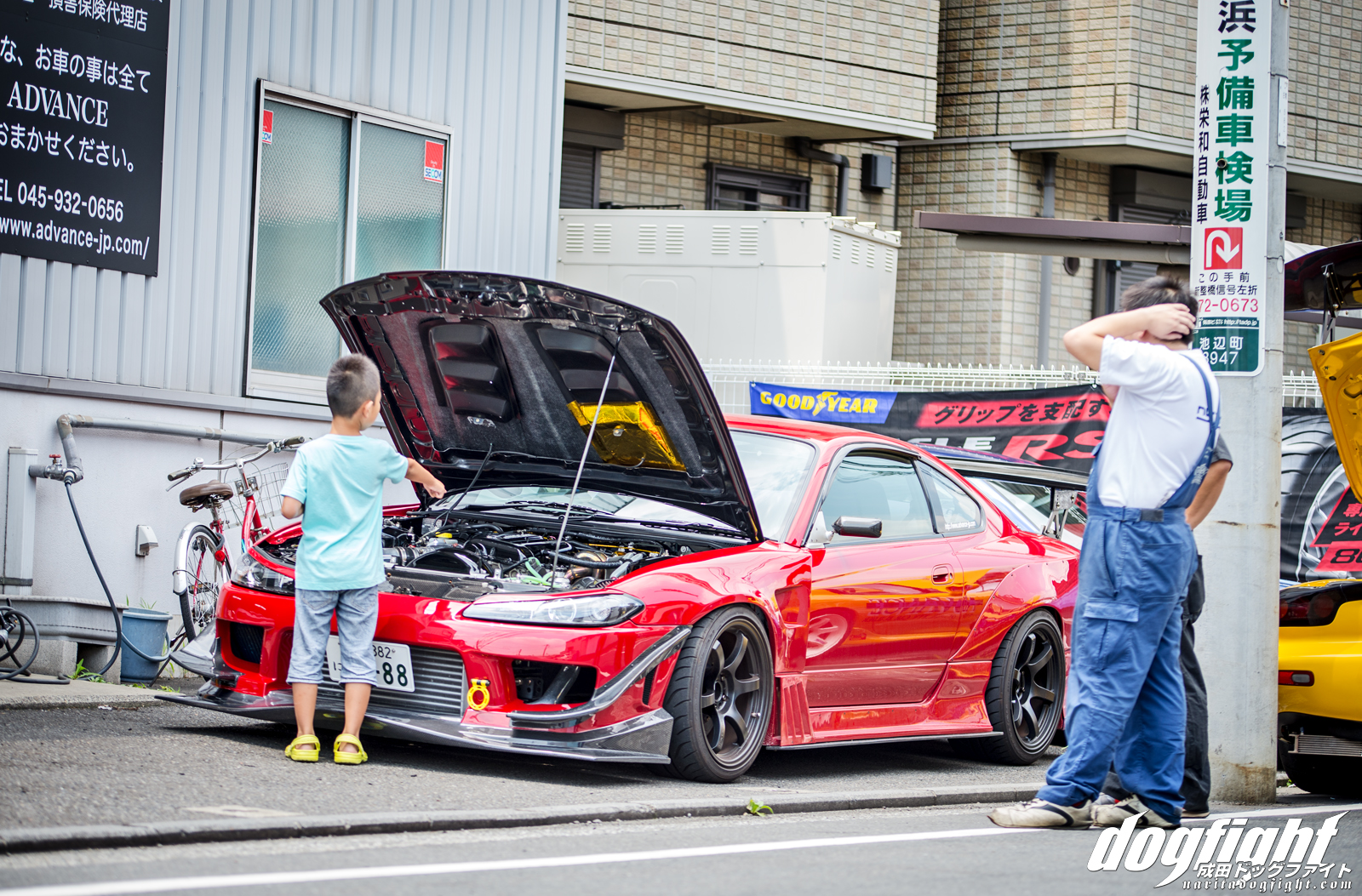 Young Keito approves of the new look as well.

Glad to see the car finished and being enjoyed again!