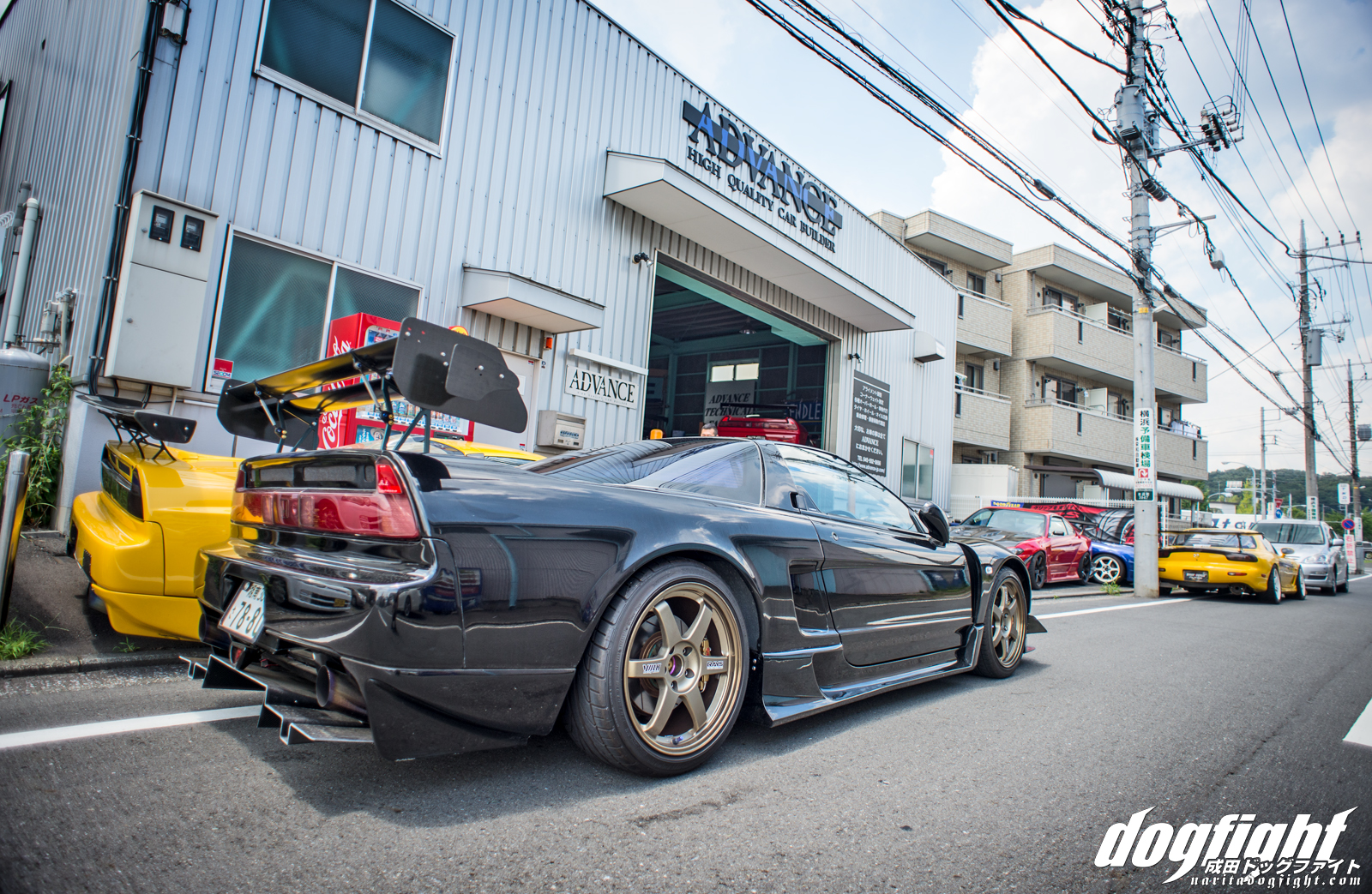 Last month, when I went to Advance, there was a customer’s NSX parked on the street next to Masahiro’s.  After taking chatting and taking some pictures of Yagi’s S15, I snapped a few stills of the NSX duo. 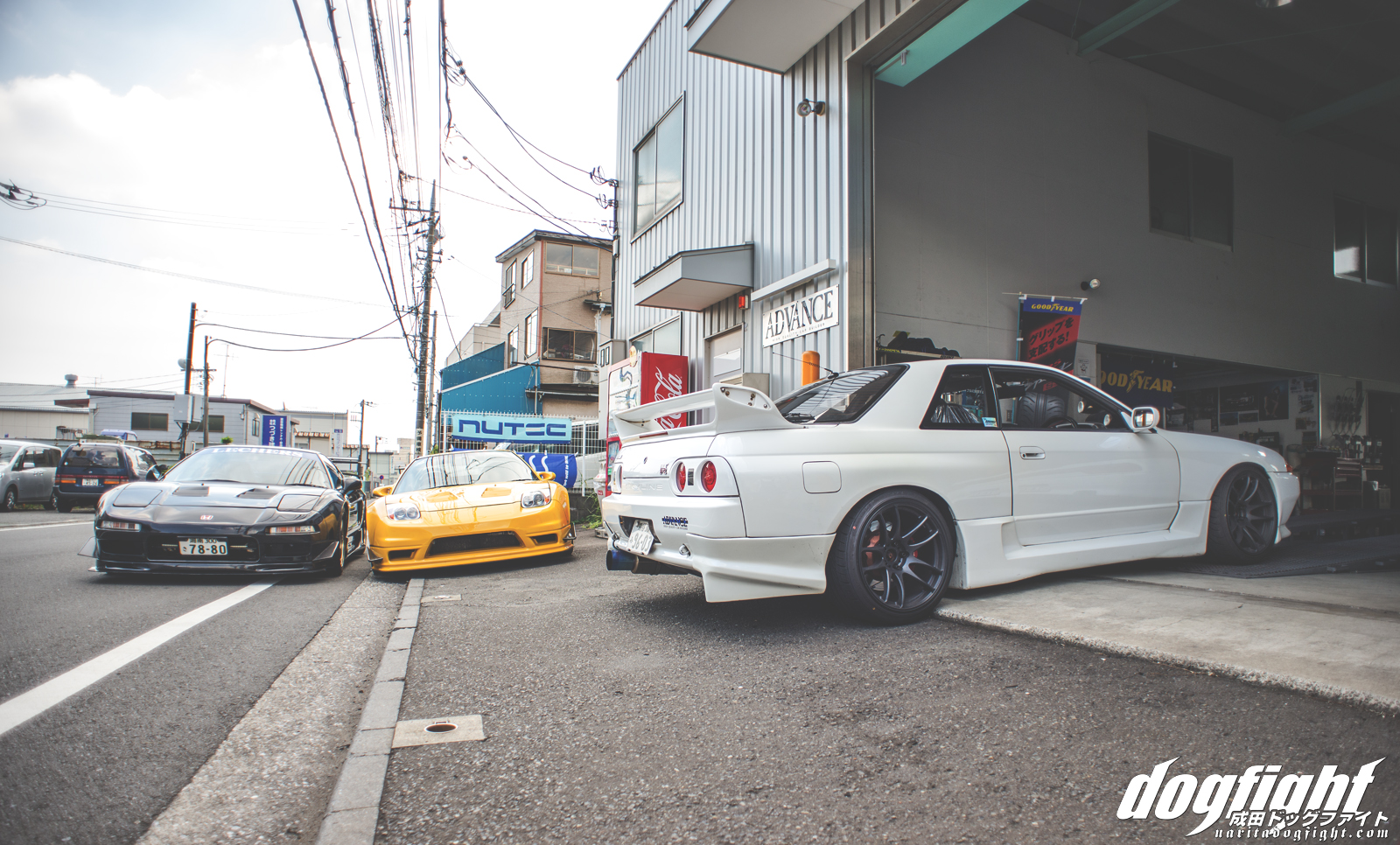 Right when we were about to leave, Masahiro disappeared for a second to go retrieve a car from the back side of the shop he wanted to show us; he returned shortly with this R32.  I really liked it, and  wanted to do somewhat of a legitimate shoot of it, but we were somewhat pressed for time – maybe next time.  I think you guys would like it. 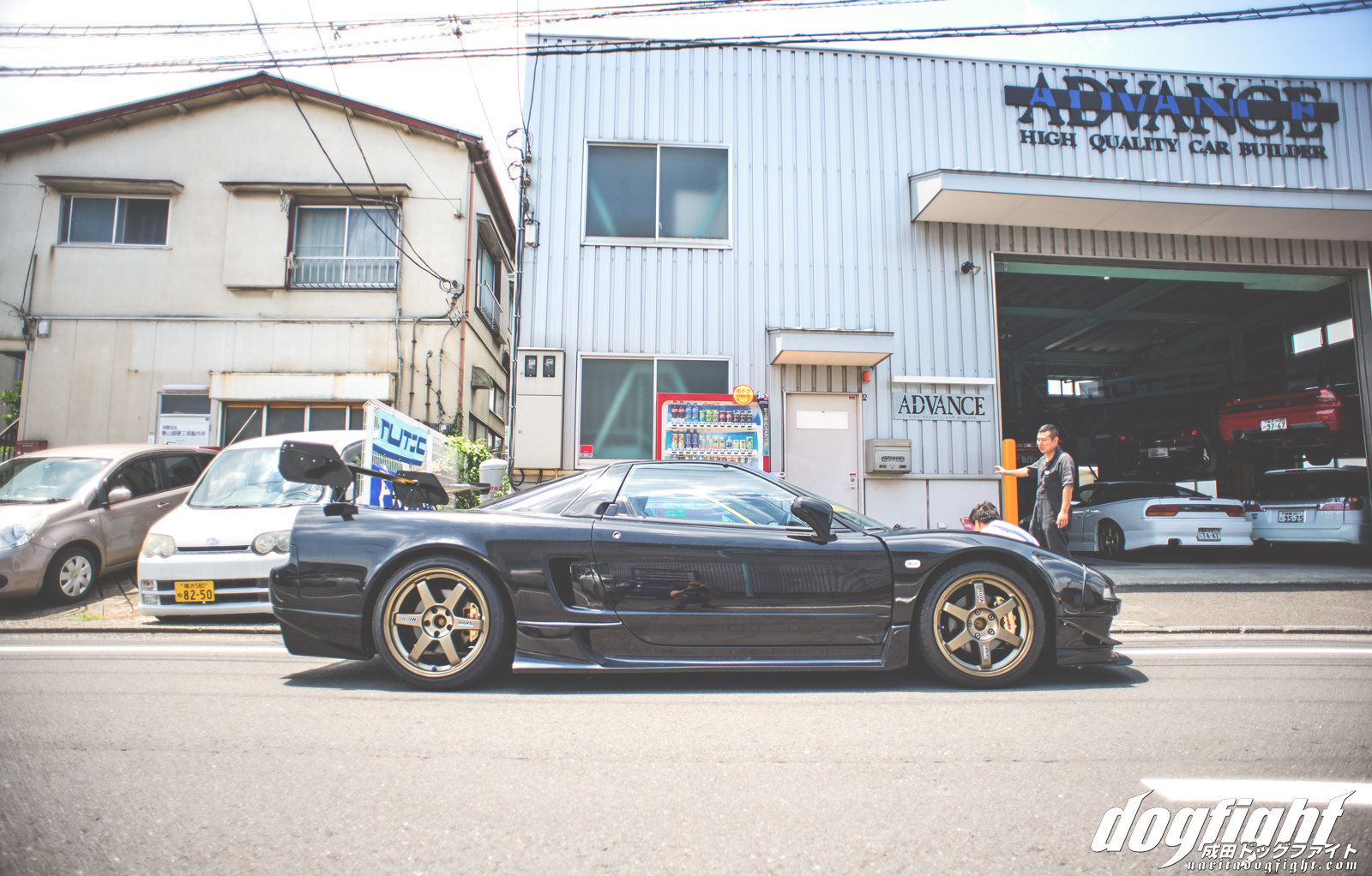 In the meantime, let’s take a closer look at this NSX.

No matter how many times I visit this shop, I’m continually amazed at the amount of quality cars they put out.  Just look at this scene!  Not to mention what is inside the shop as well. 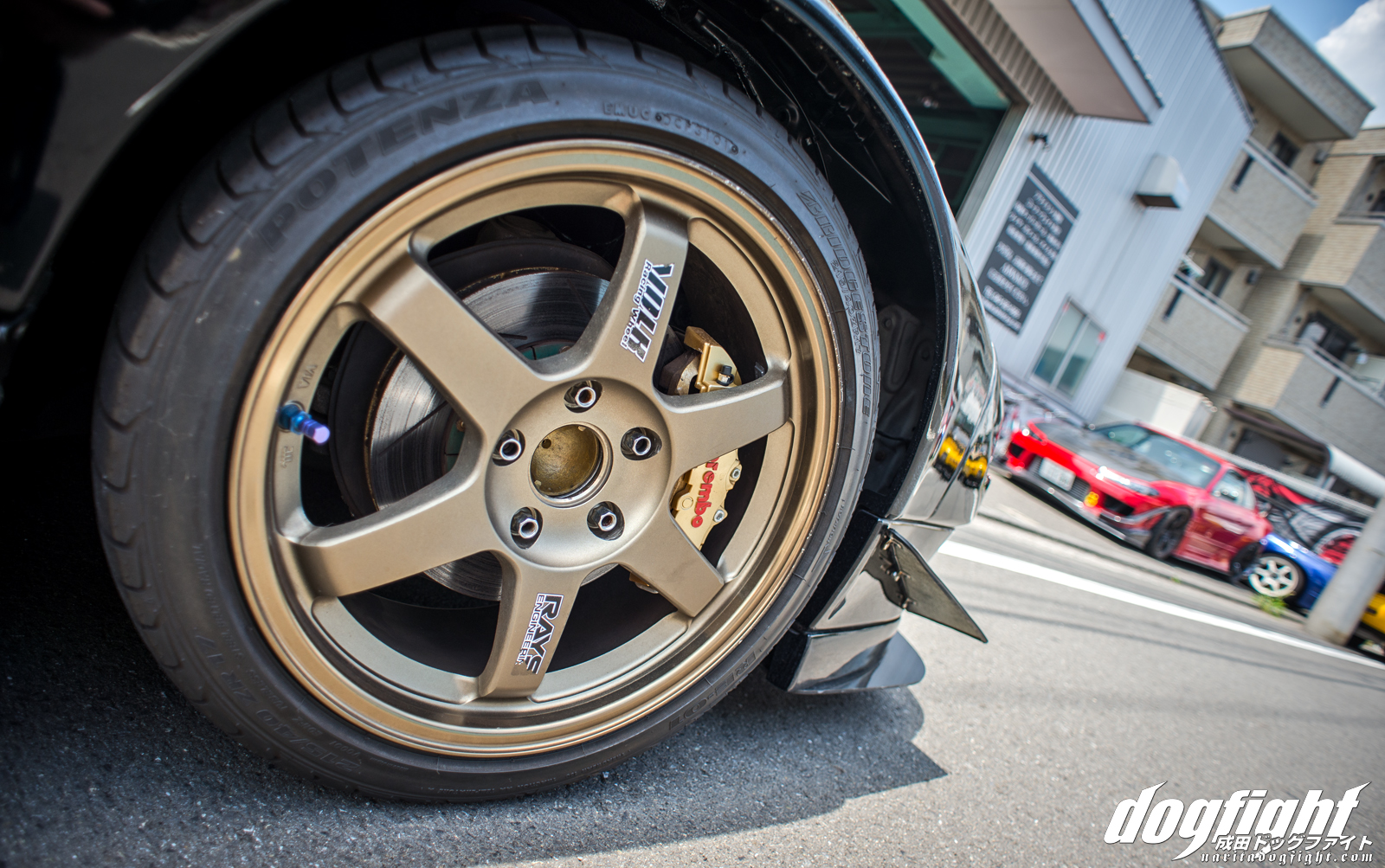 Brembo calipers with Endless pads are hidden behind the modestly sized, bronze TE37’s. 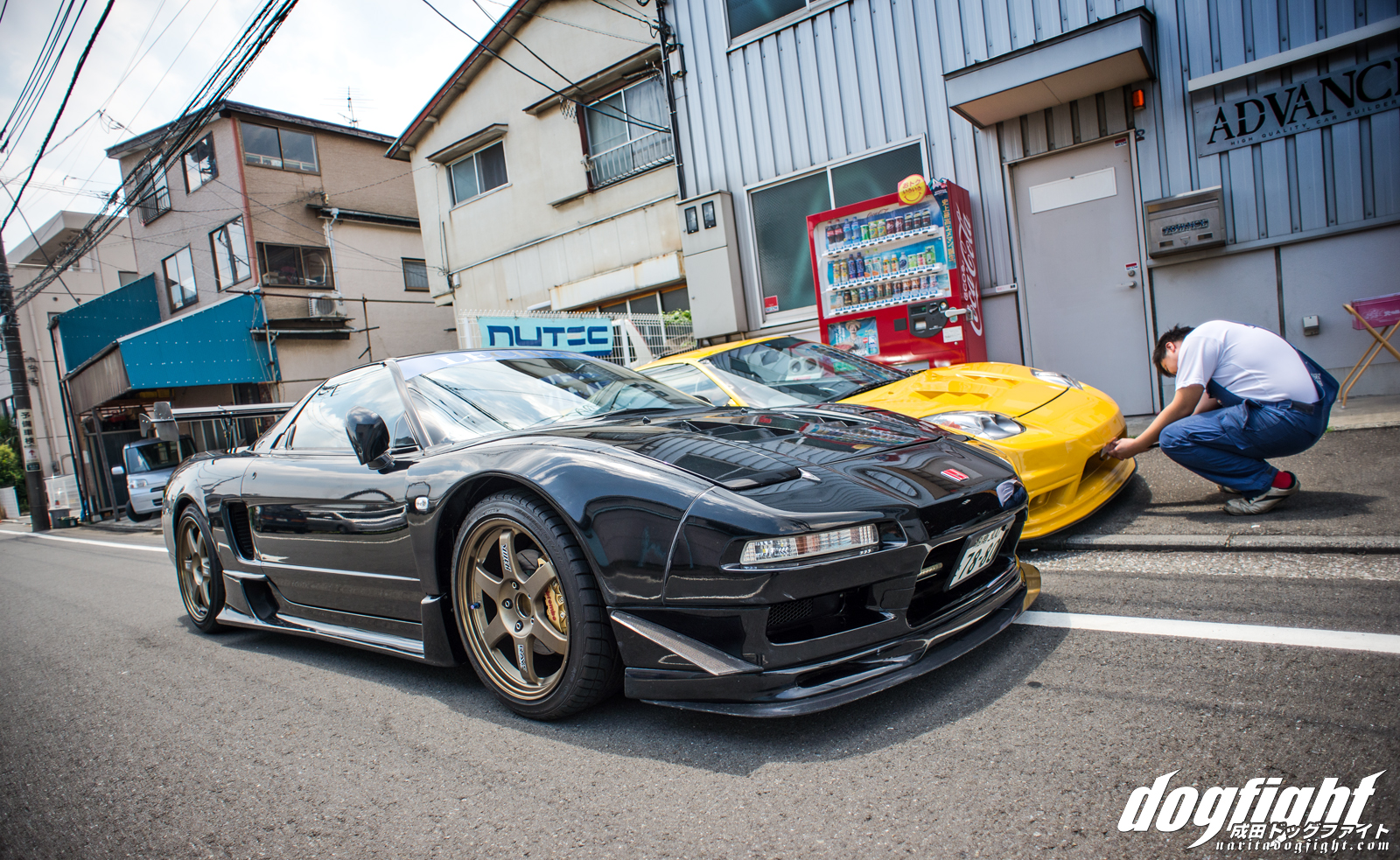 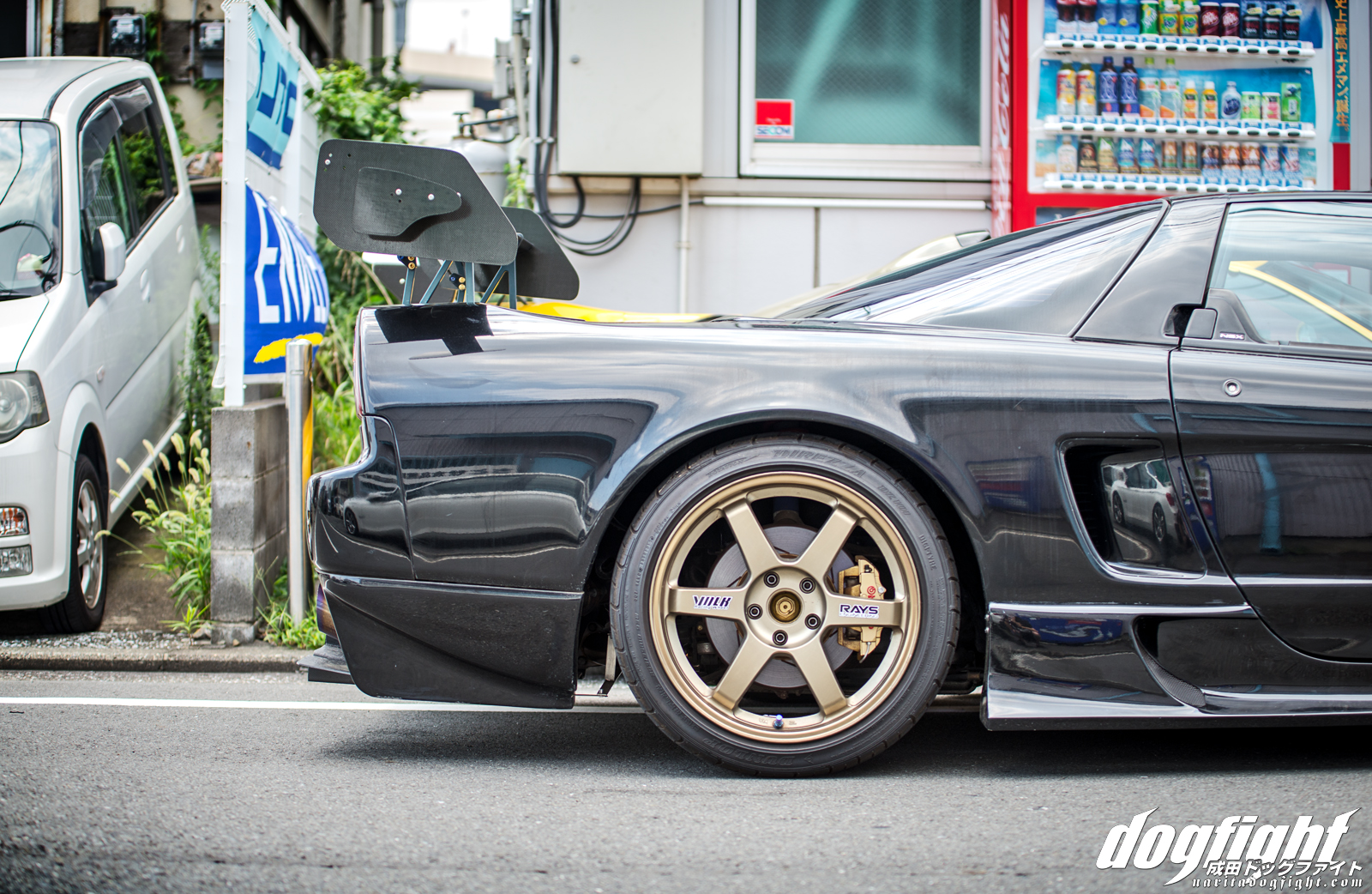 This shot gives you a good look at how the Lechers skirts carry the design flow of the side vent to the ground; one of the reasons they are my favorite offering for the NSX.  Looks like the paint could use some Meguiars products though! 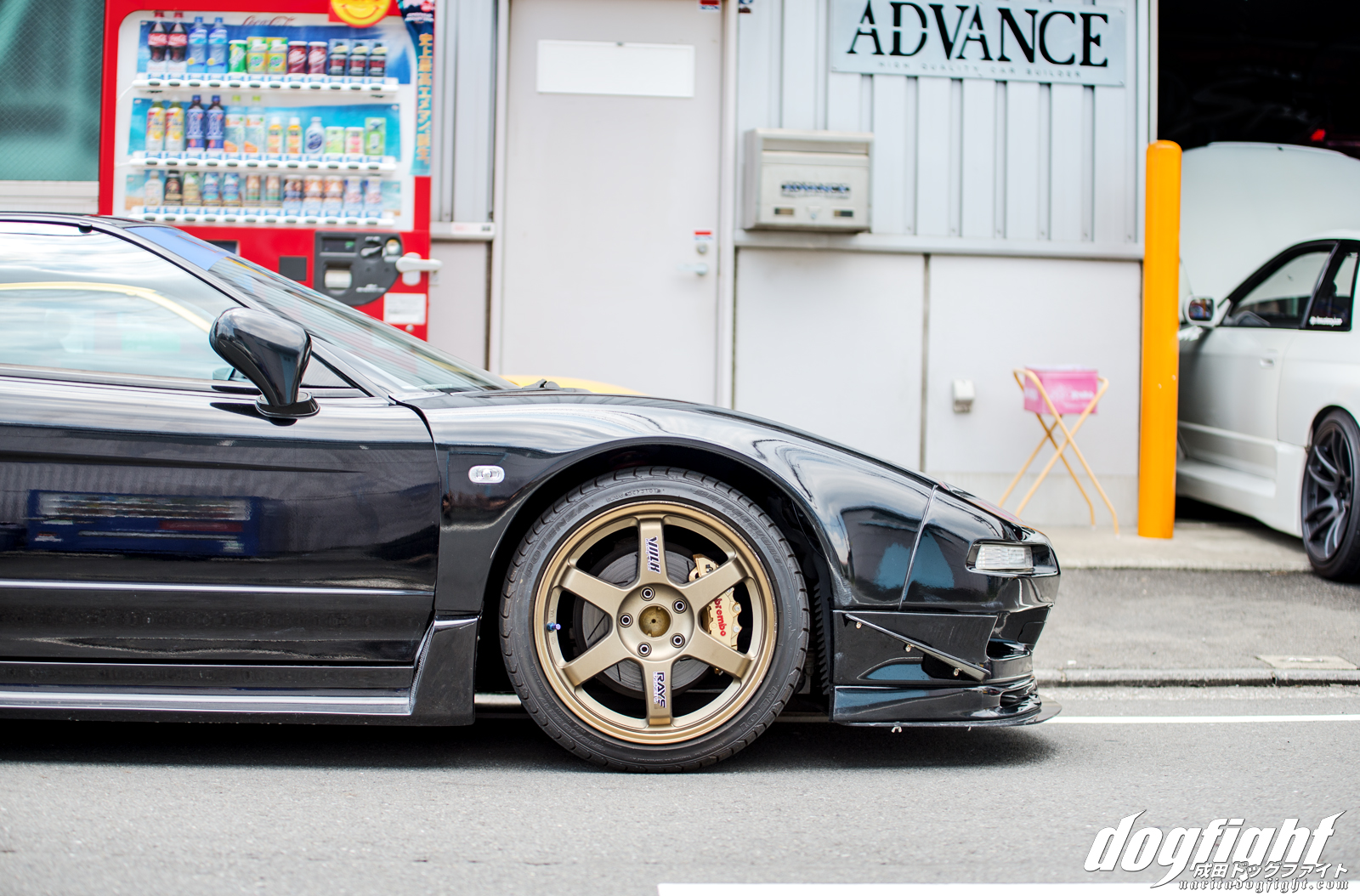 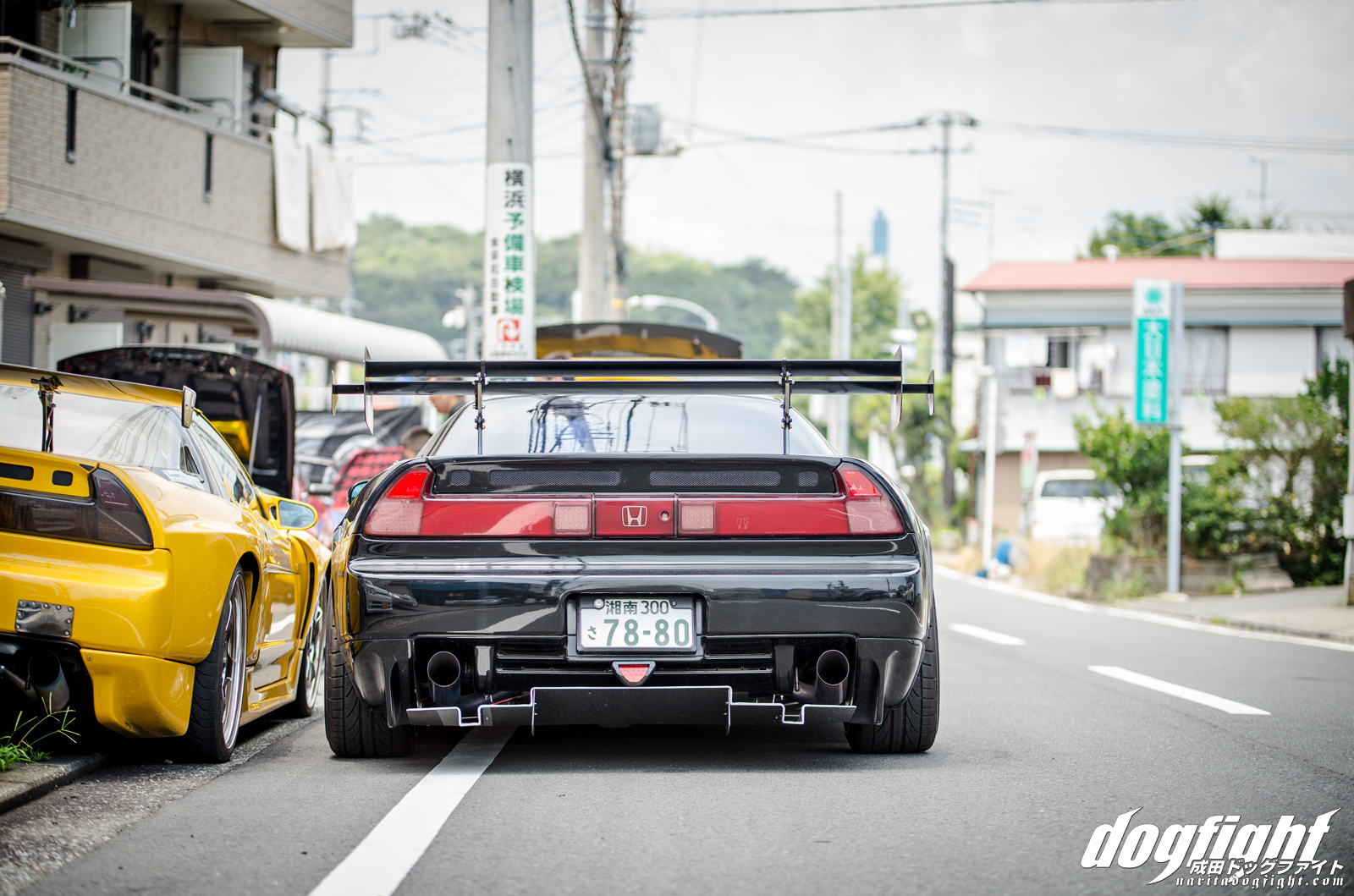 The dual element GT wing and rear diffuser give the back end of the car a pretty aggressive stature. 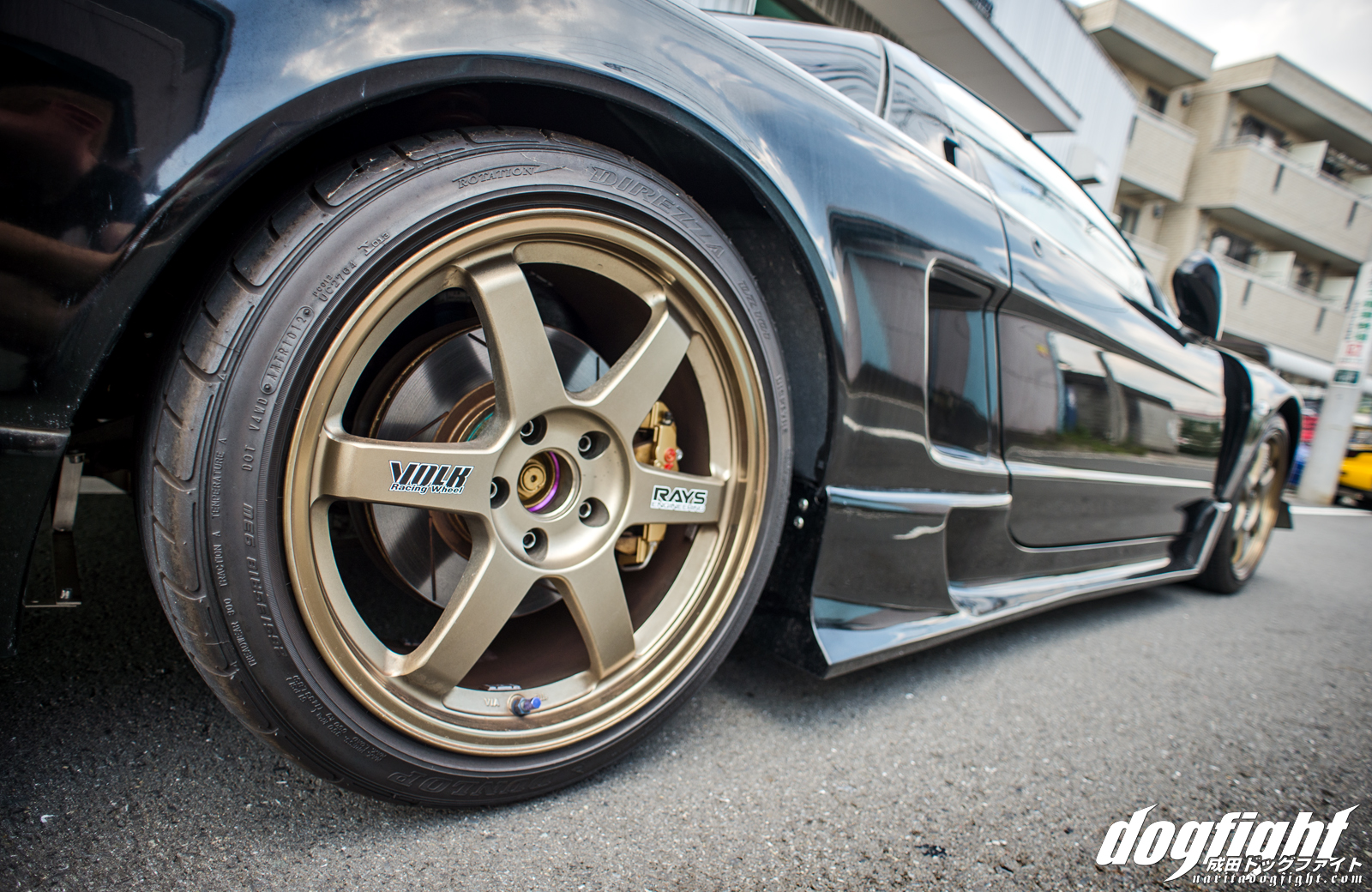 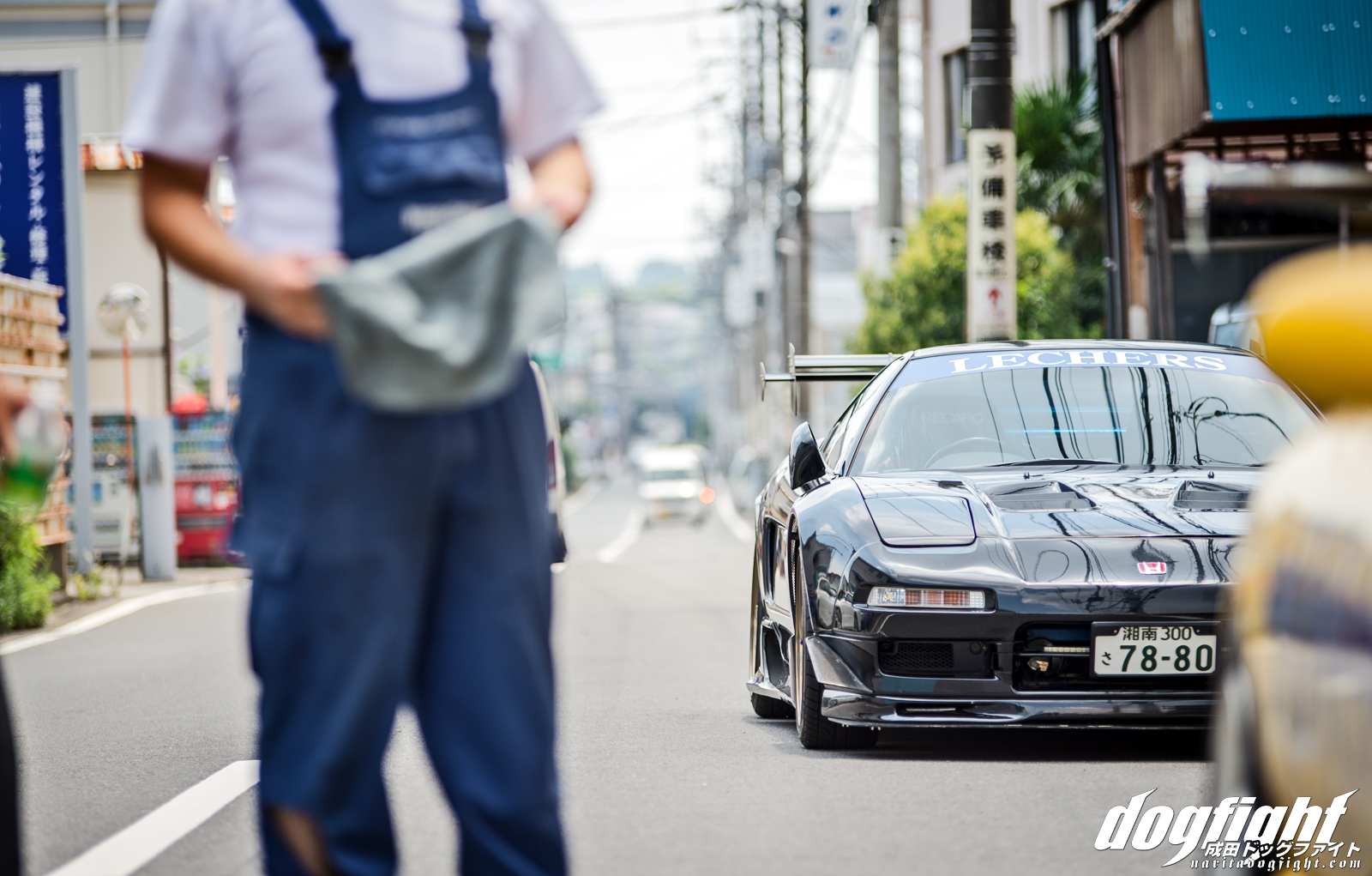 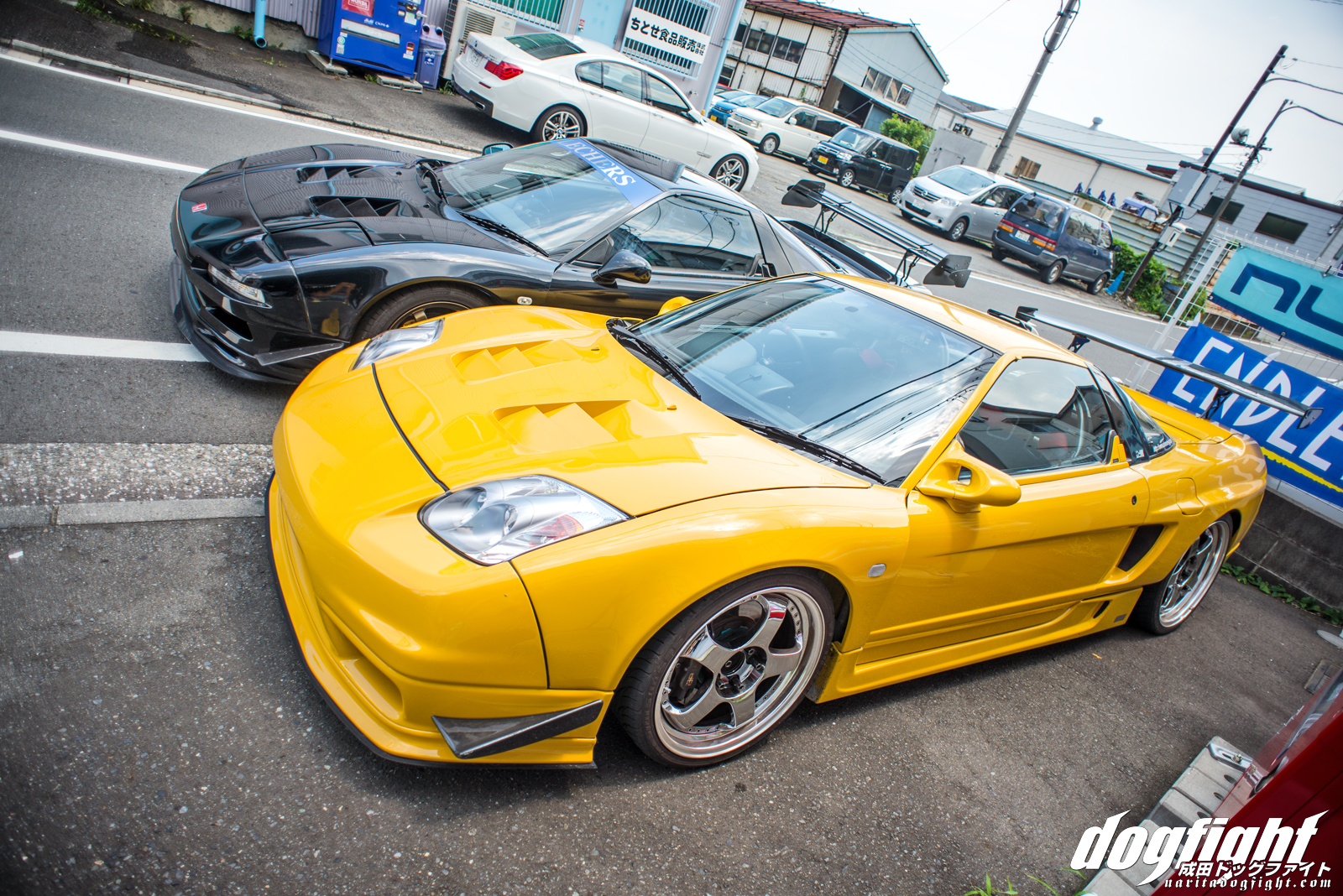 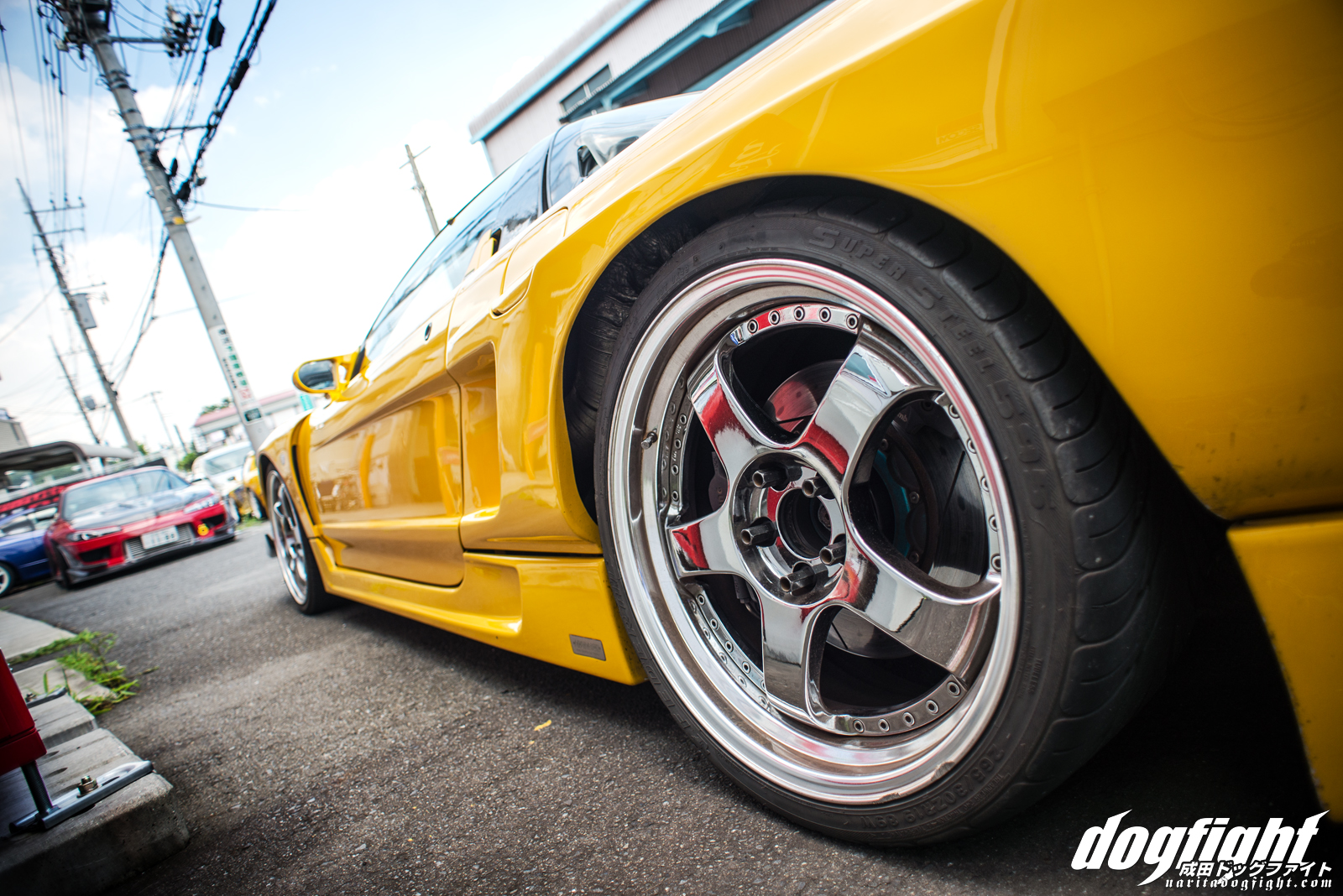 Remember when this car was on black RPF-1’s for a long time?  I like the look of the chrome SP1’s, but I’ve always wondered how the car would look with a less street looking wheel.  I’m sure this isn’t the last set of wheels that we’ll see on the car though. 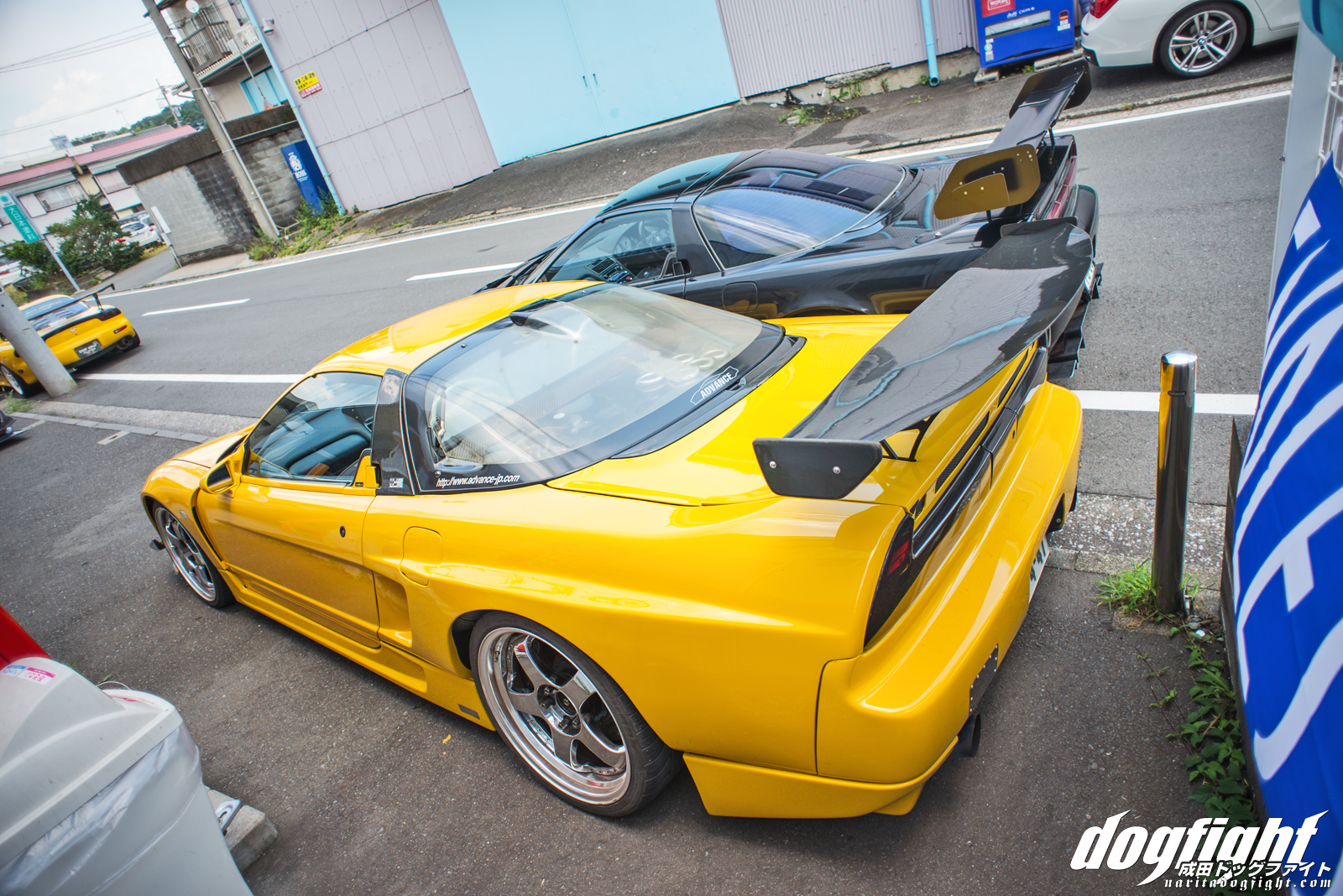