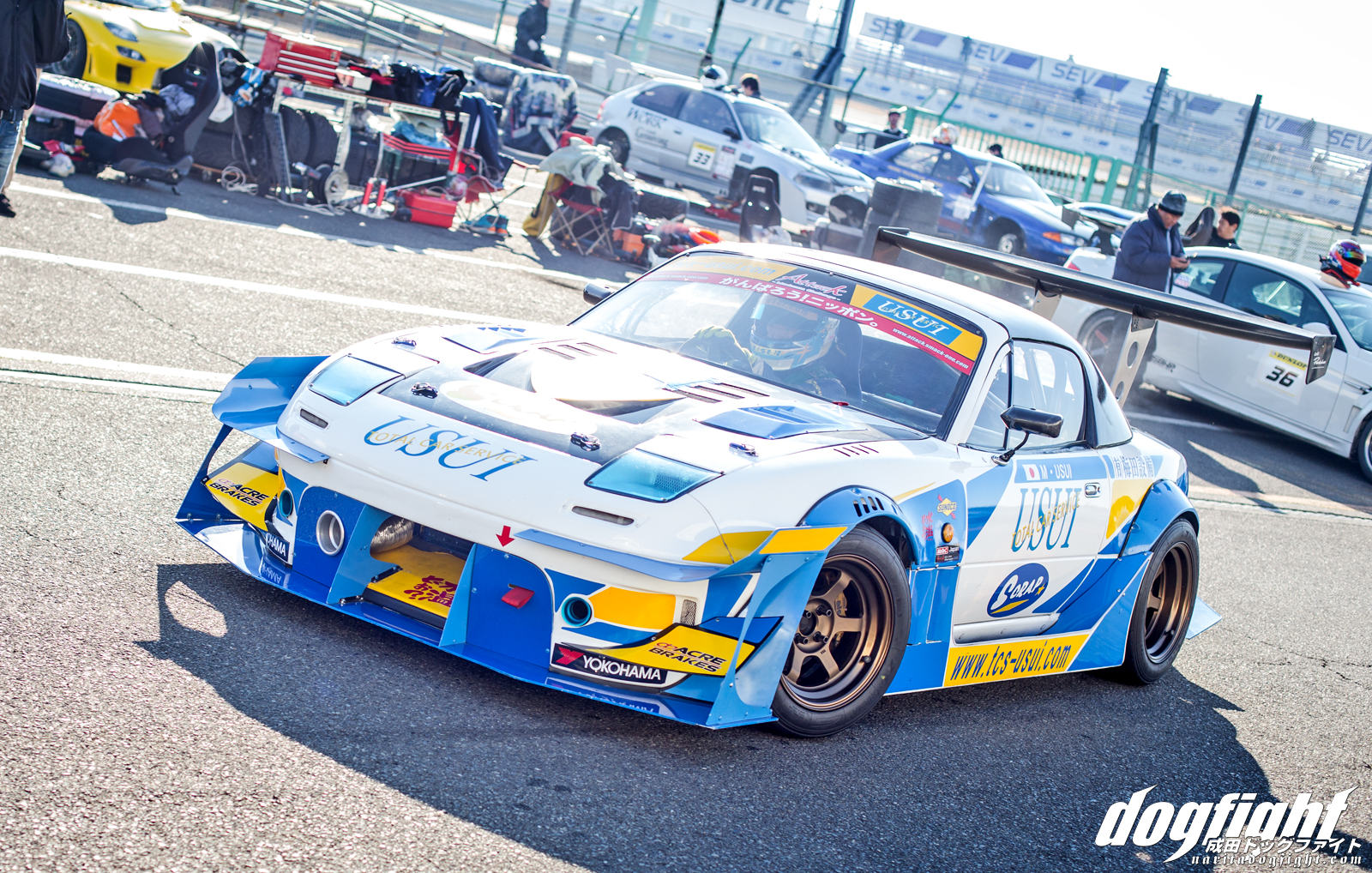 Unlike it’s older brother (?), the RX-7, Mazda’s Roadster offering took a backseat to time attack.  This is the case for several reasons, but it didn’t stop Usui-san from building one of the most insane Roadsters in all of Japan.  Even if you weren’t able to see the car, but hear it go around the circuit, you would get the feeling that the car is far from normal…

See what I mean?  The main driver behind that wonderful noise lies underneath the hood and is quite surprising. 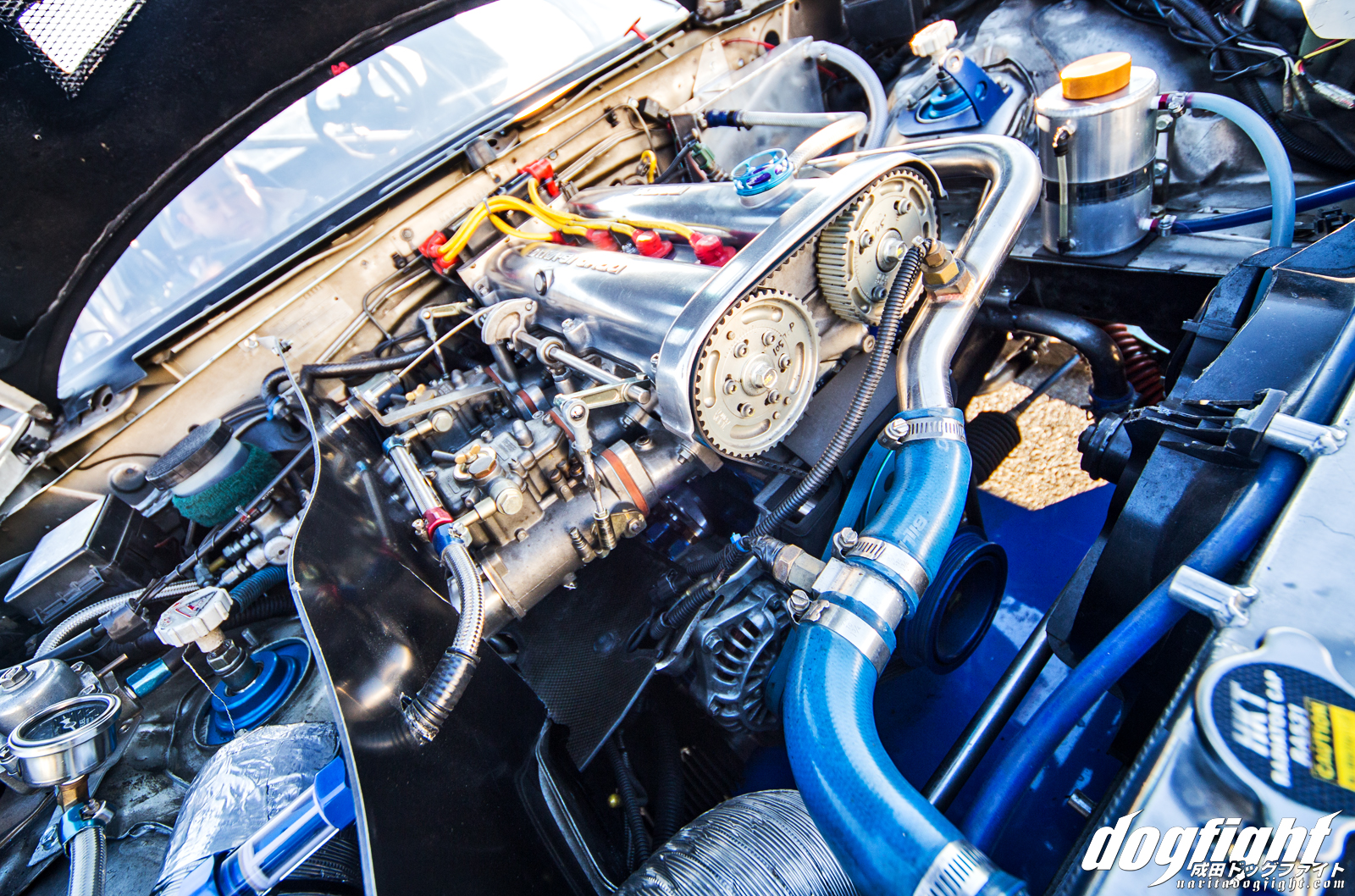 The motor, a mildly tuned 1.8 liter ‘BP-ZE’, no longer sports the factory fuel injection, but instead houses a set of Weber 50DCO side draft Carbs.  There’s so much controversy around this conversation on any given motor, but you can’t deny the throttle response it must have.  The motor makes a respectable 200 N/A horsepower at the wheels. 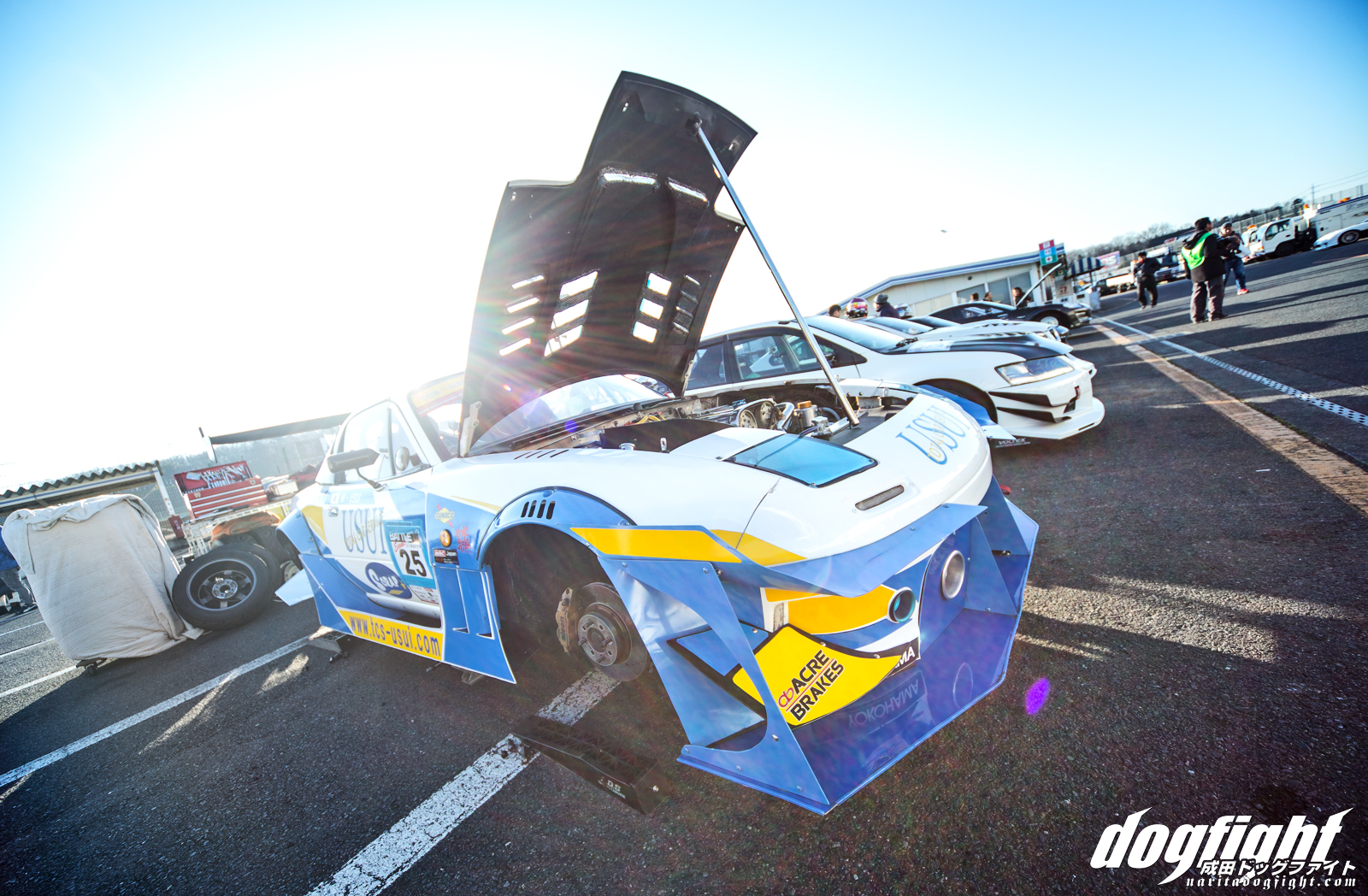 The cars exterior is a marvel all in it’s own, with a totally one-off aero package that the shop built to maximize the cars downforce around track.  This type of body work exemplifies what I love about the sport. 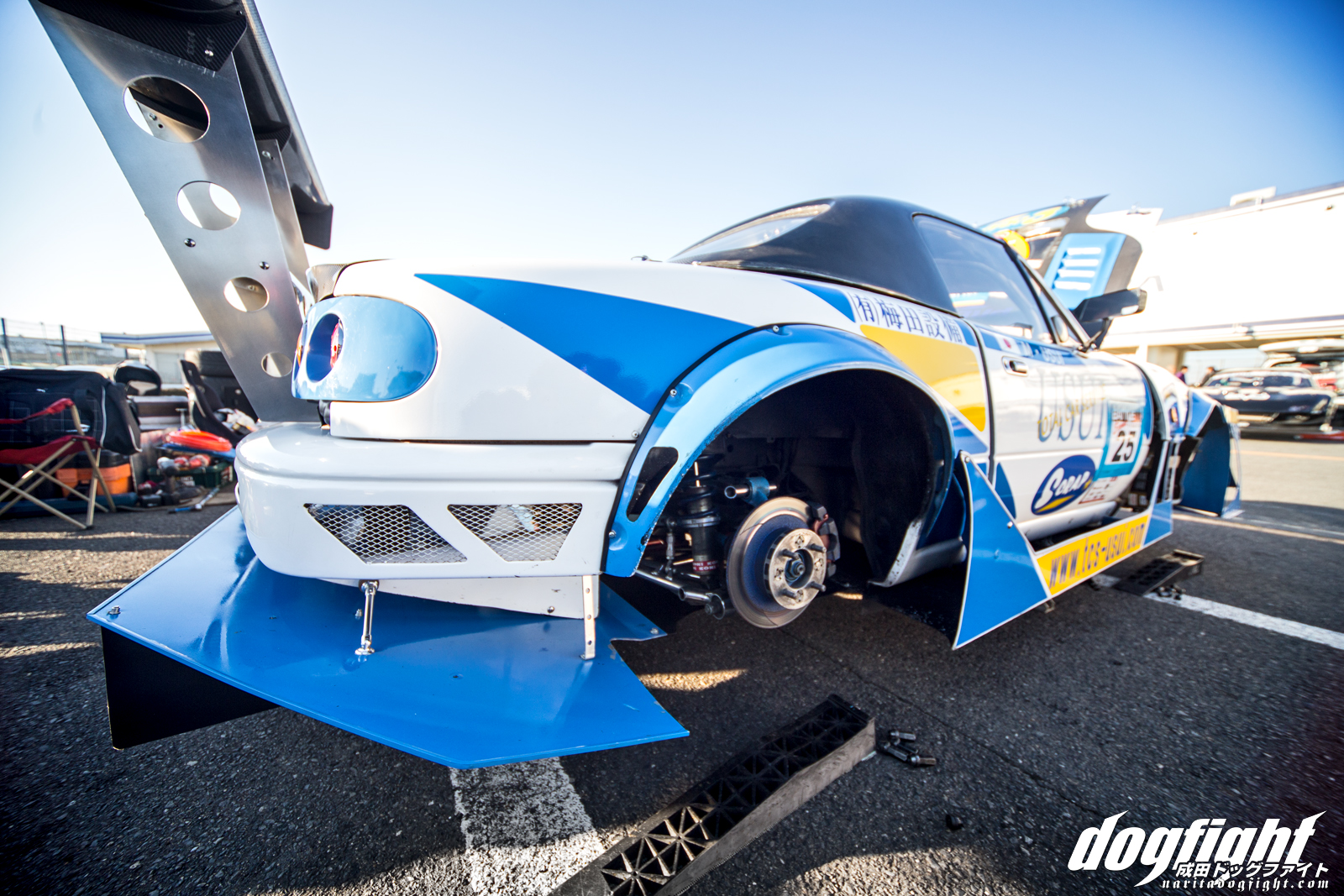 It’s not just a bunch of geometrically nice looking panels and adhered to the car though, as each piece plays a significant role in keeping the car planted.  Aerodynamics have really taken off (no pun intended) at this level of the sport over the past few years and it’s really cool to see each car evolve after realizing the potential of such modifications.  Some parts, such as the full undertray that the skirts connect to, can’t even be seen, yet play an integral role in getting fast times. 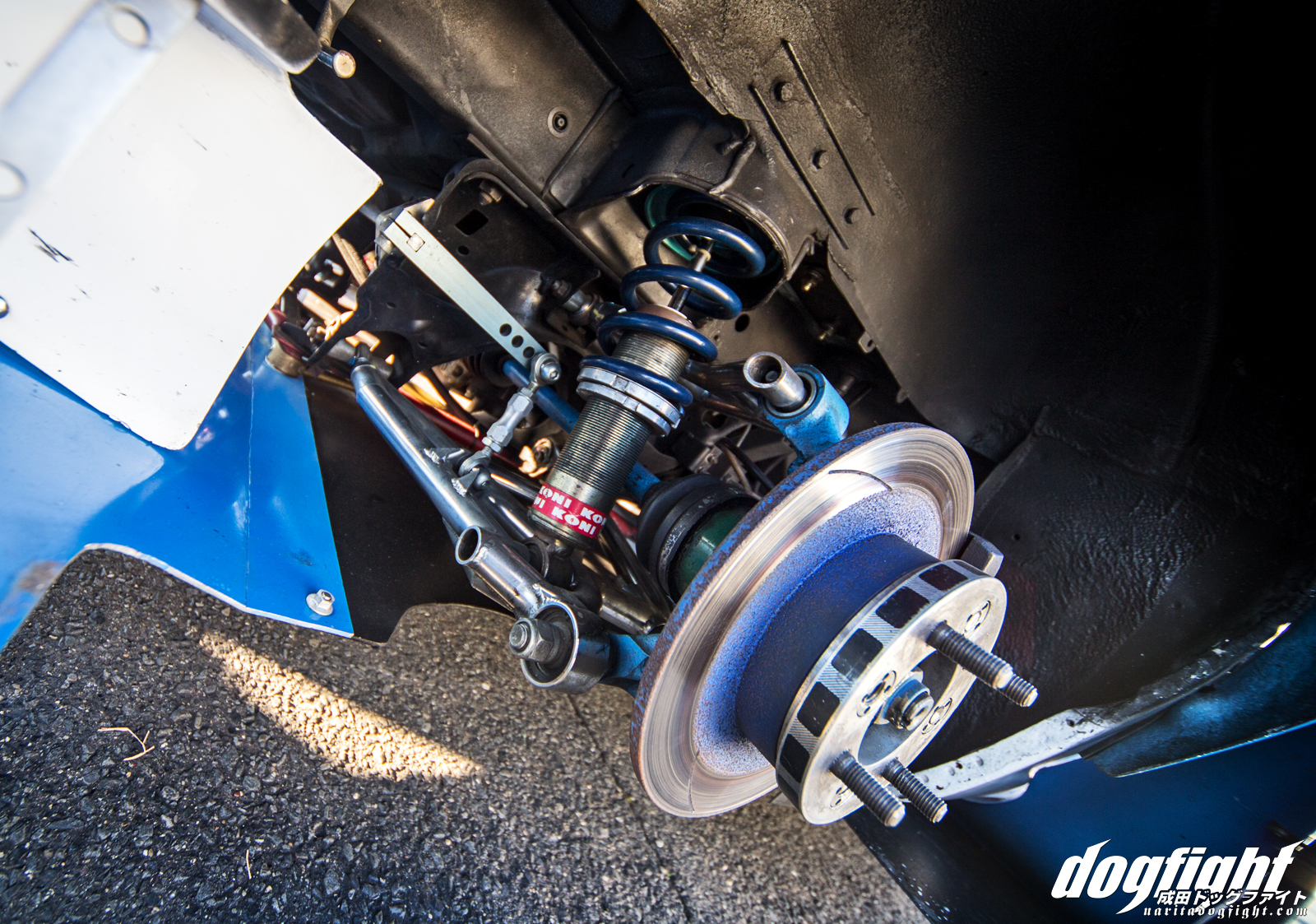 Custom valved Koni coilovers and HyperCo Springs handle the twists and turns of TC2000.  Upgraded arms replace the OEM parts and help in shaving some weight from the already lightweight chassis.  Total car weight dials in at just about 840 kilos. 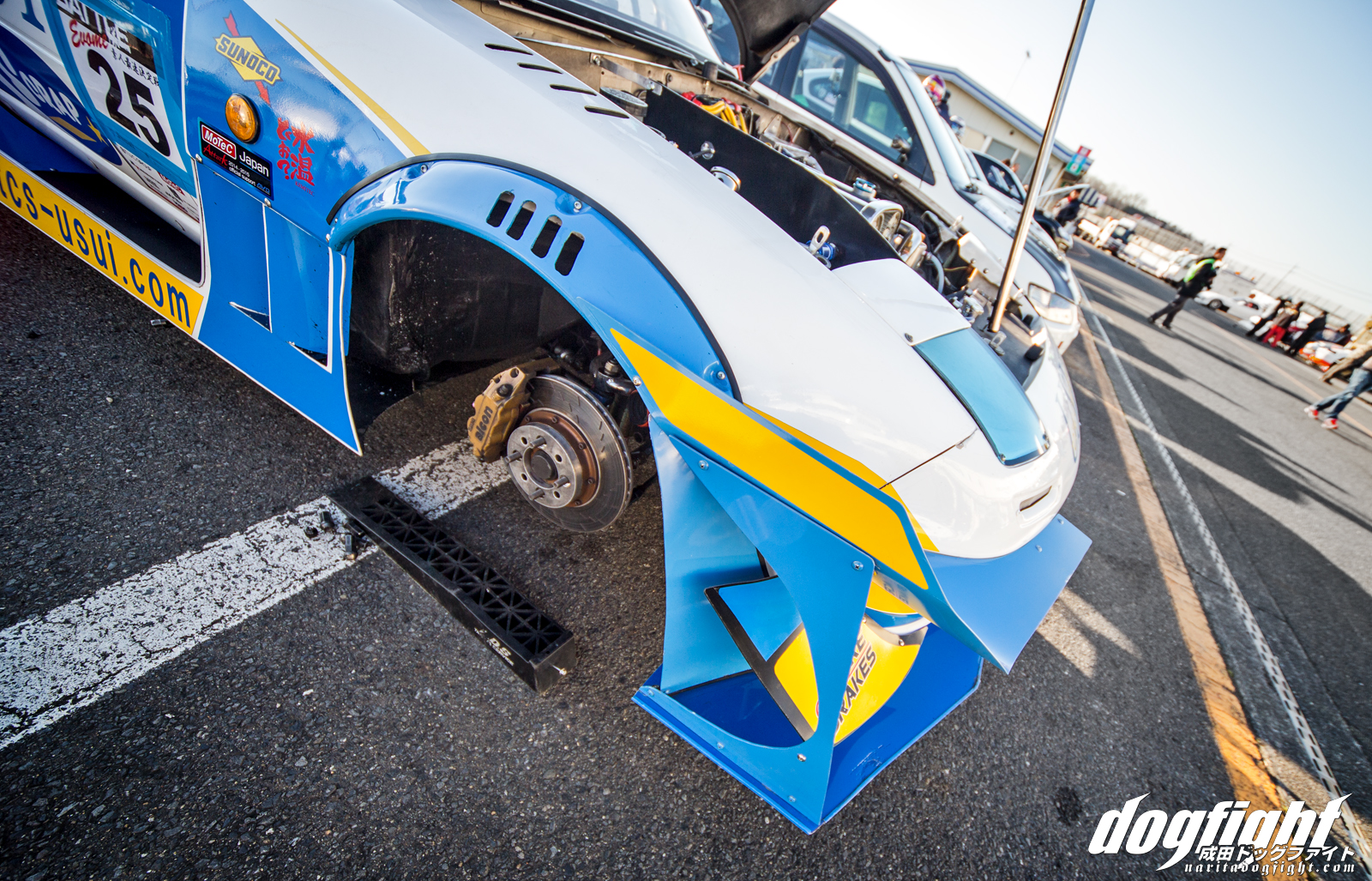 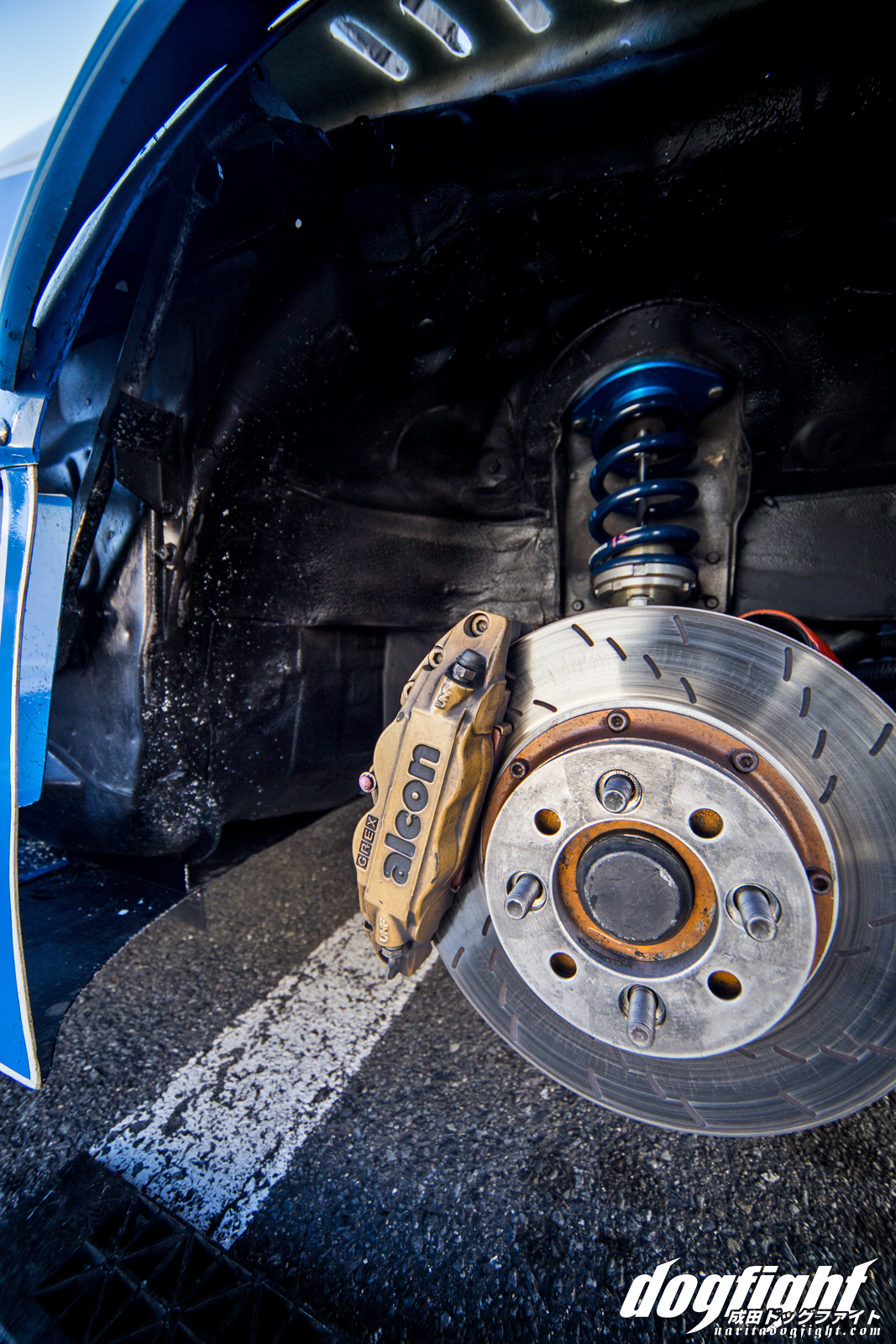 Upgraded front brakes from GReddy (supplied by Alcon) consist of bigger calipers and rotors, and have no problem slowing the little Roadster, while the moderate 225/50/15 A050’s help alleviate some of the friction. 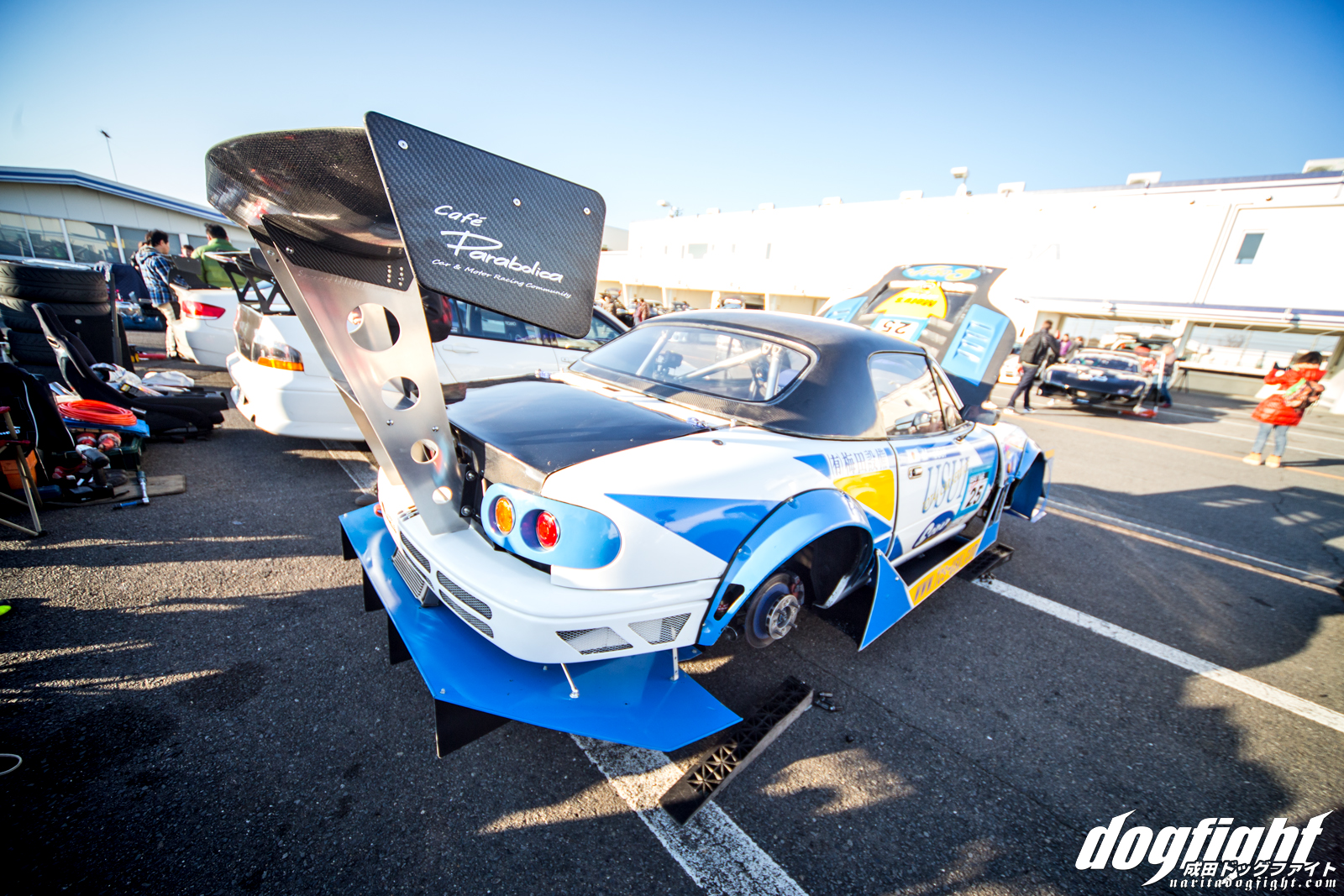 Perhaps the biggest contributor to aerodynamic grip is the insanely large GT Wing mounted to the rear of the chassis using custom aluminum stands. 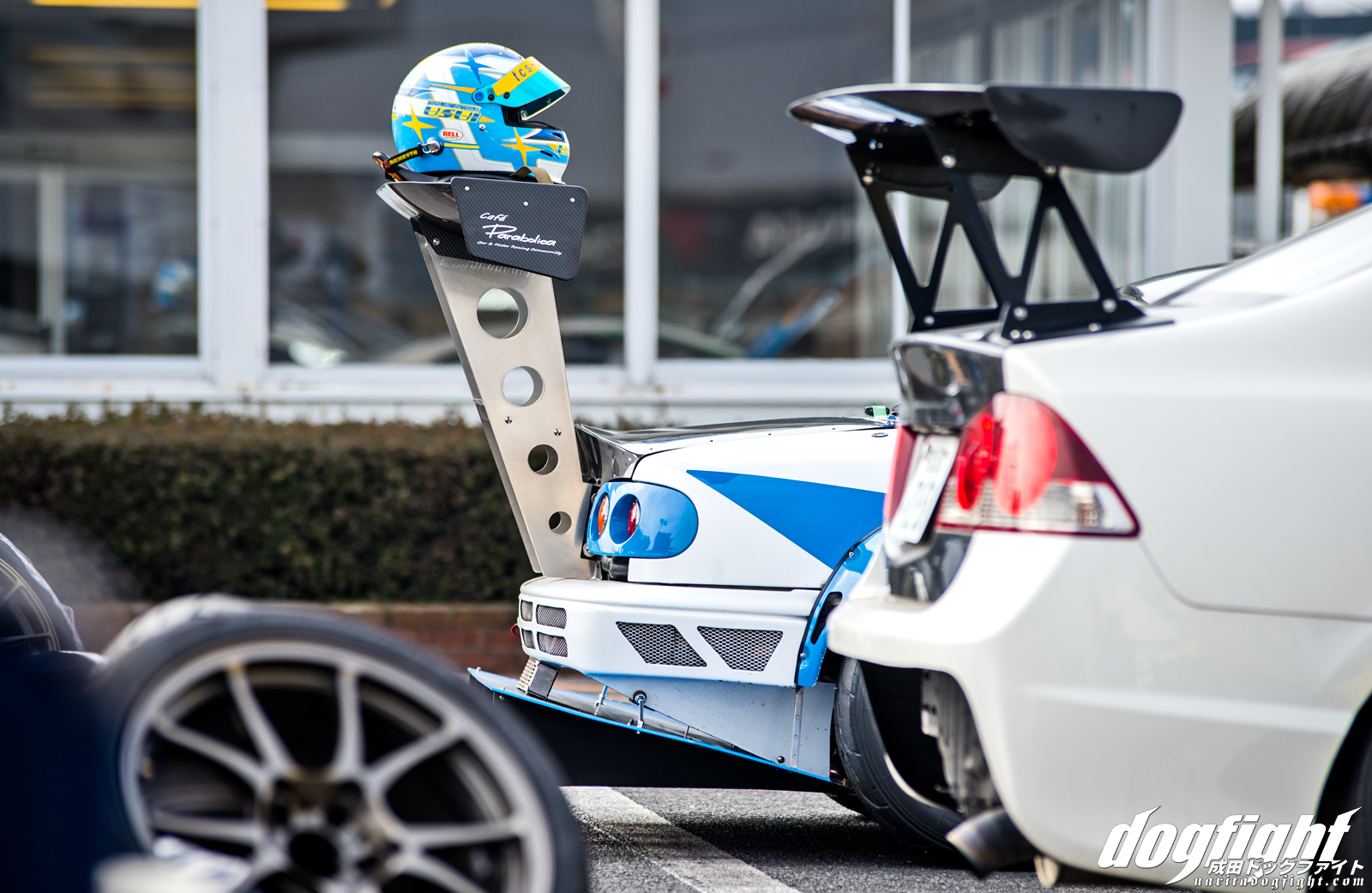 From this profile view you can really get a good look at how large the wing is in comparison to the car itself – looks great though.  Check out the tiny transmission oil cooler wedged between the rear bumper and diffuser.  Efficient! 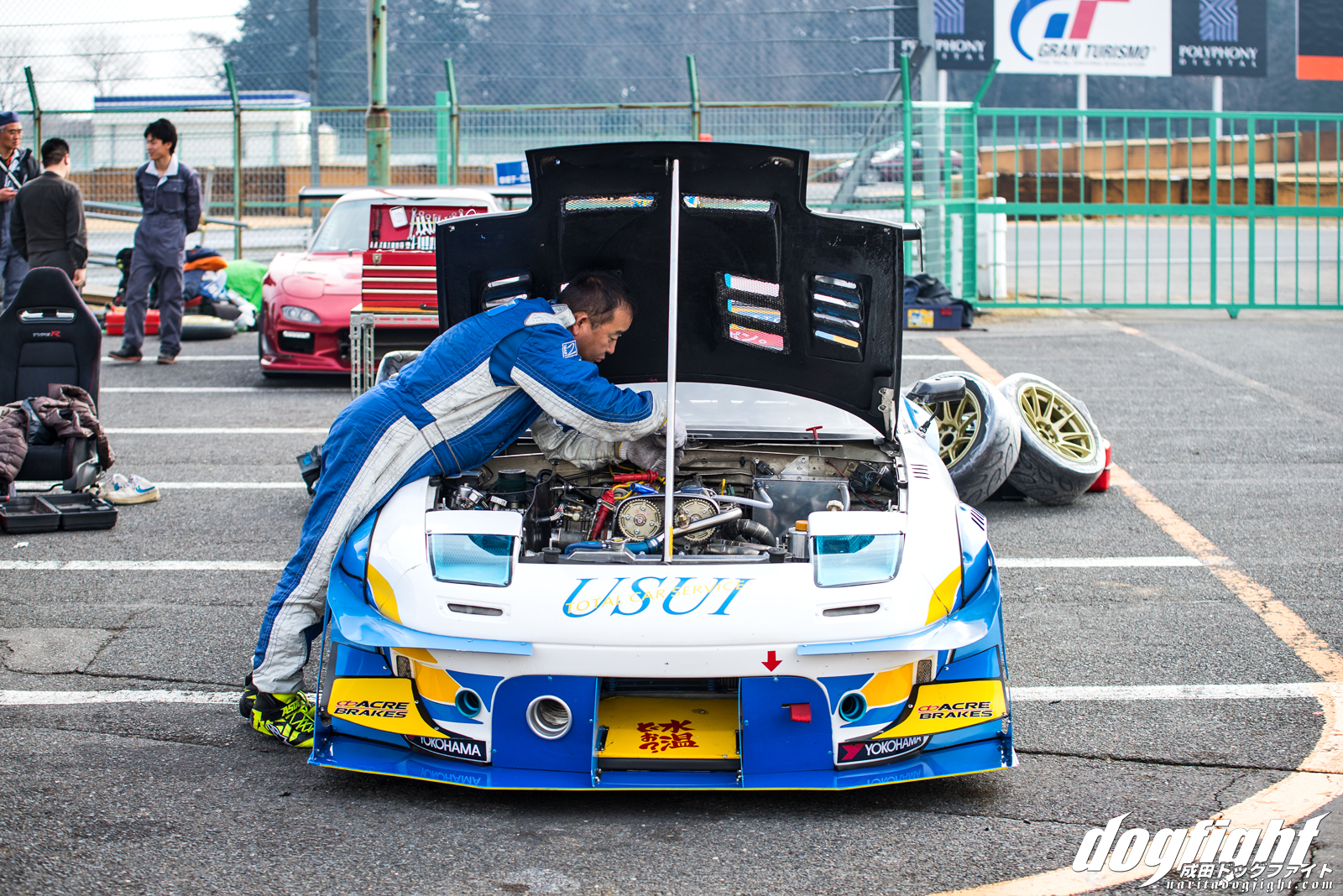 Adjusting a few issues on the engine before heading out for the first laps of the morning.

As a whole package, the Miata looks, well, for lack of better terms, good.  It just looks good.  The crazy aero, the ride height, the proportions of body panels, the fitting carb’d motor; it just all works.  It has the essence of someone who has been tinkering with Roadsters since the mid 90’s – it really does. 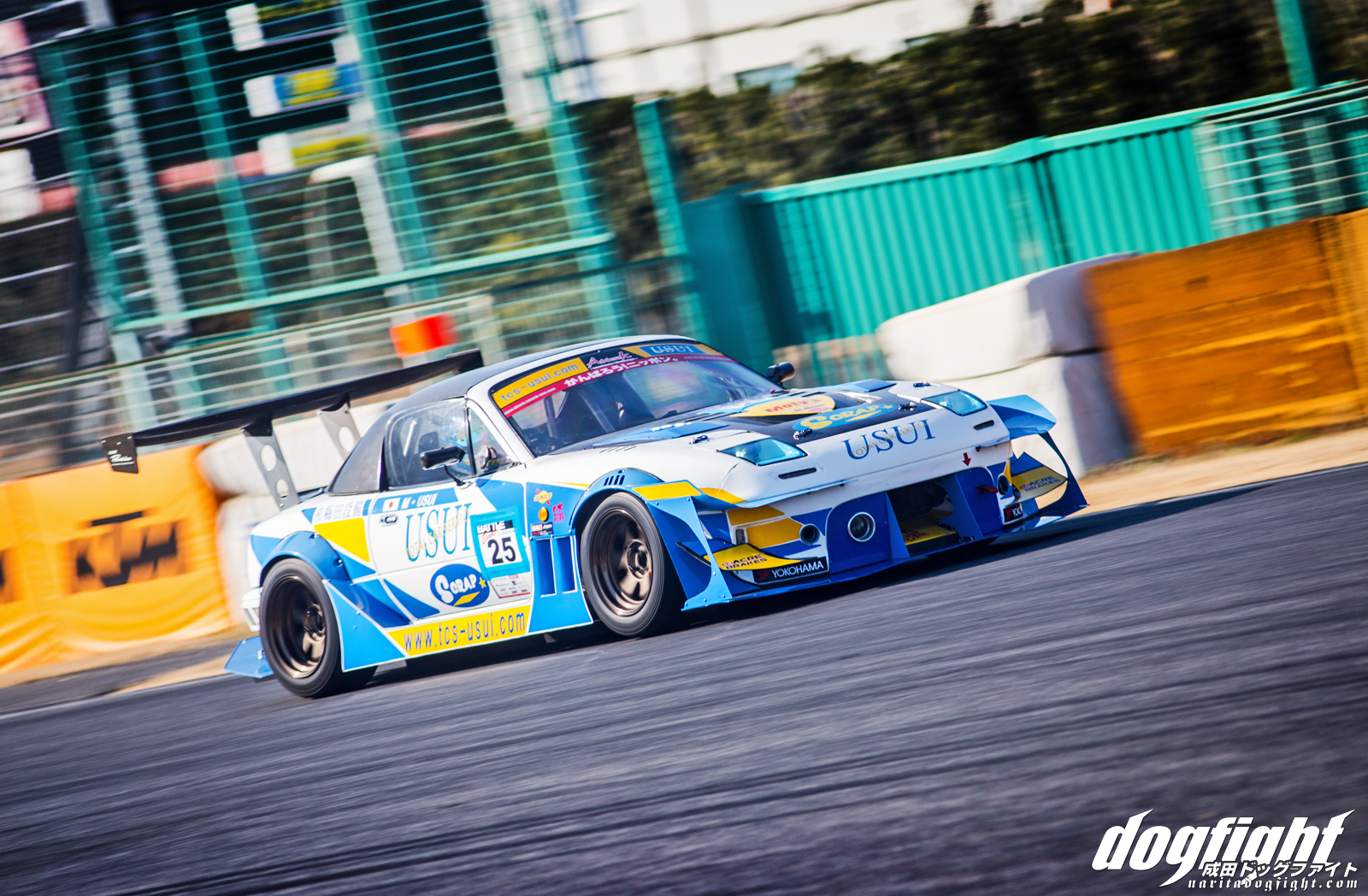 On track the car sounds amazing. 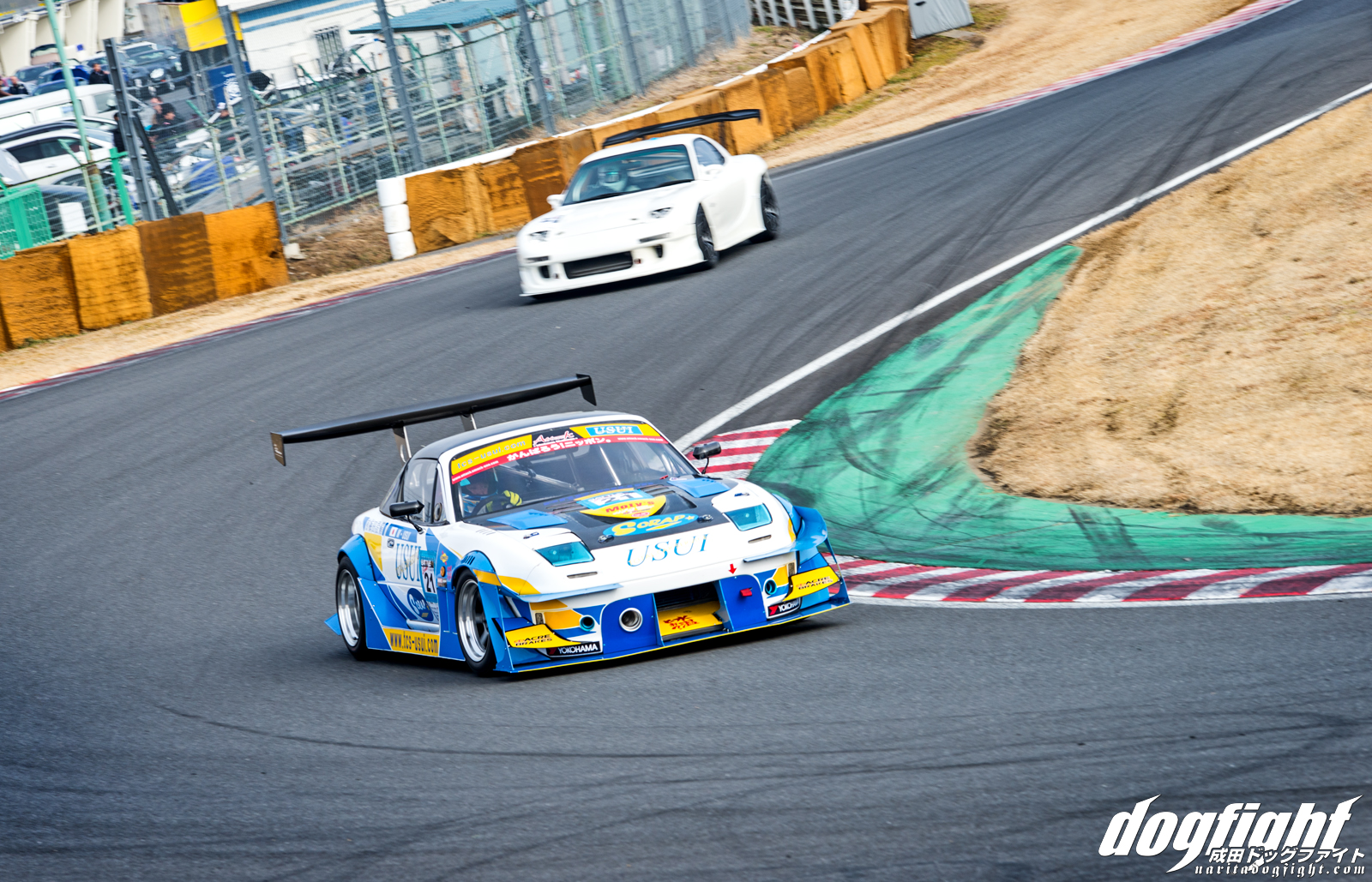 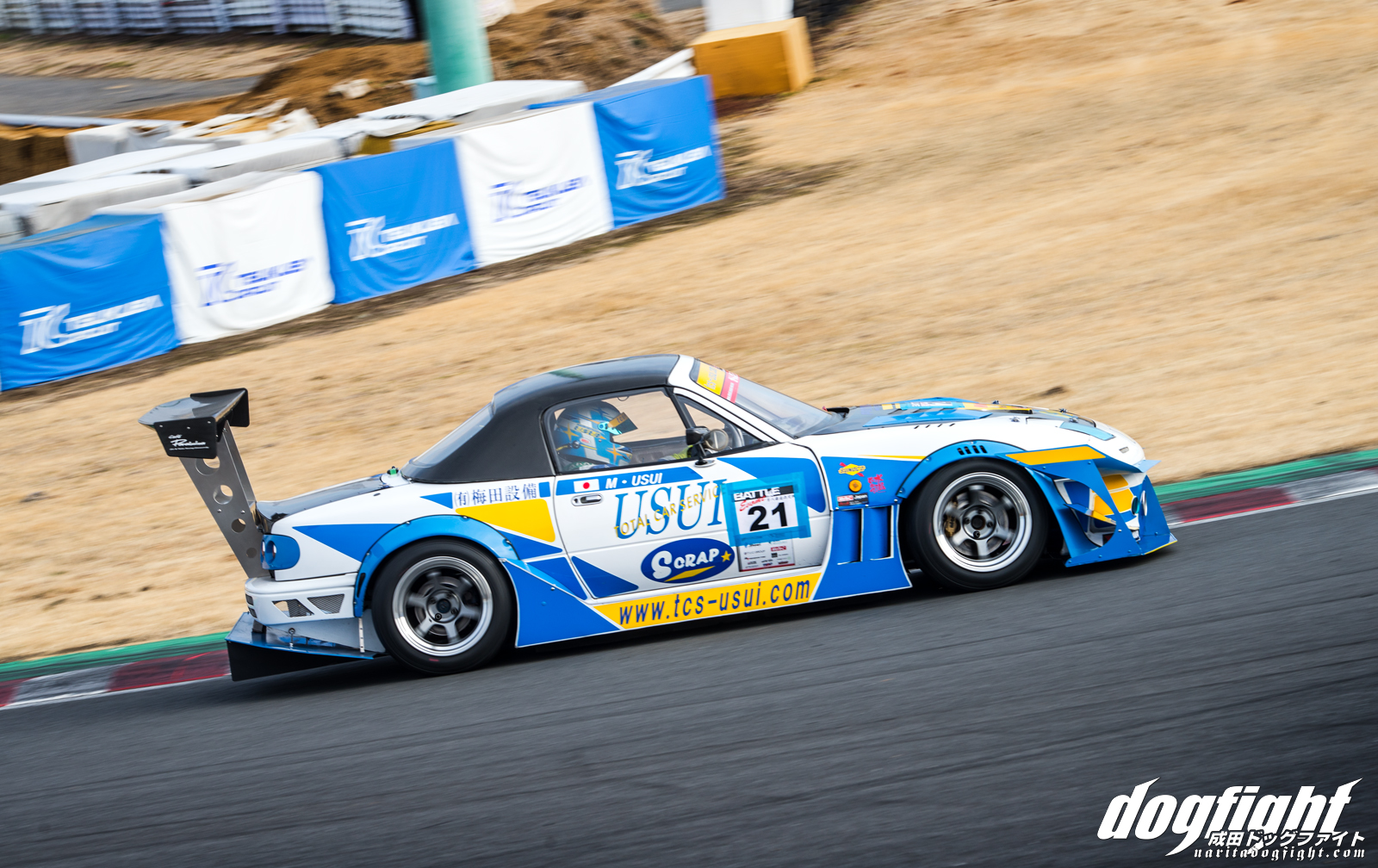 Hitting a best time of 1’00.345 around TC2000 in January, Usui was unable to best his efforts in February.  Like many drivers that hover around the 1 minute mark, his goal is to hit mid-59’s without much more modification. 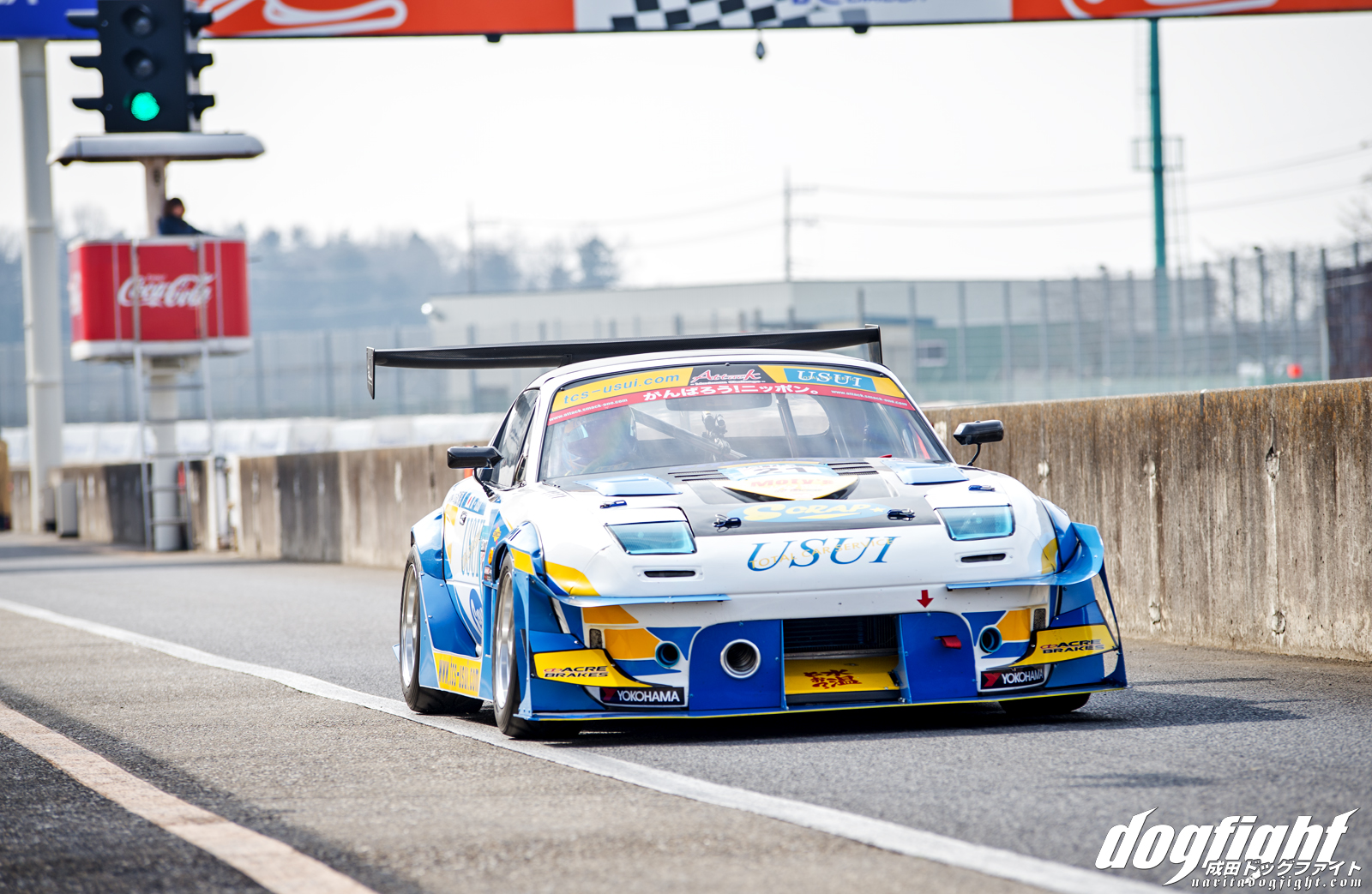 This is where the importance of finding those tenths comes into play. 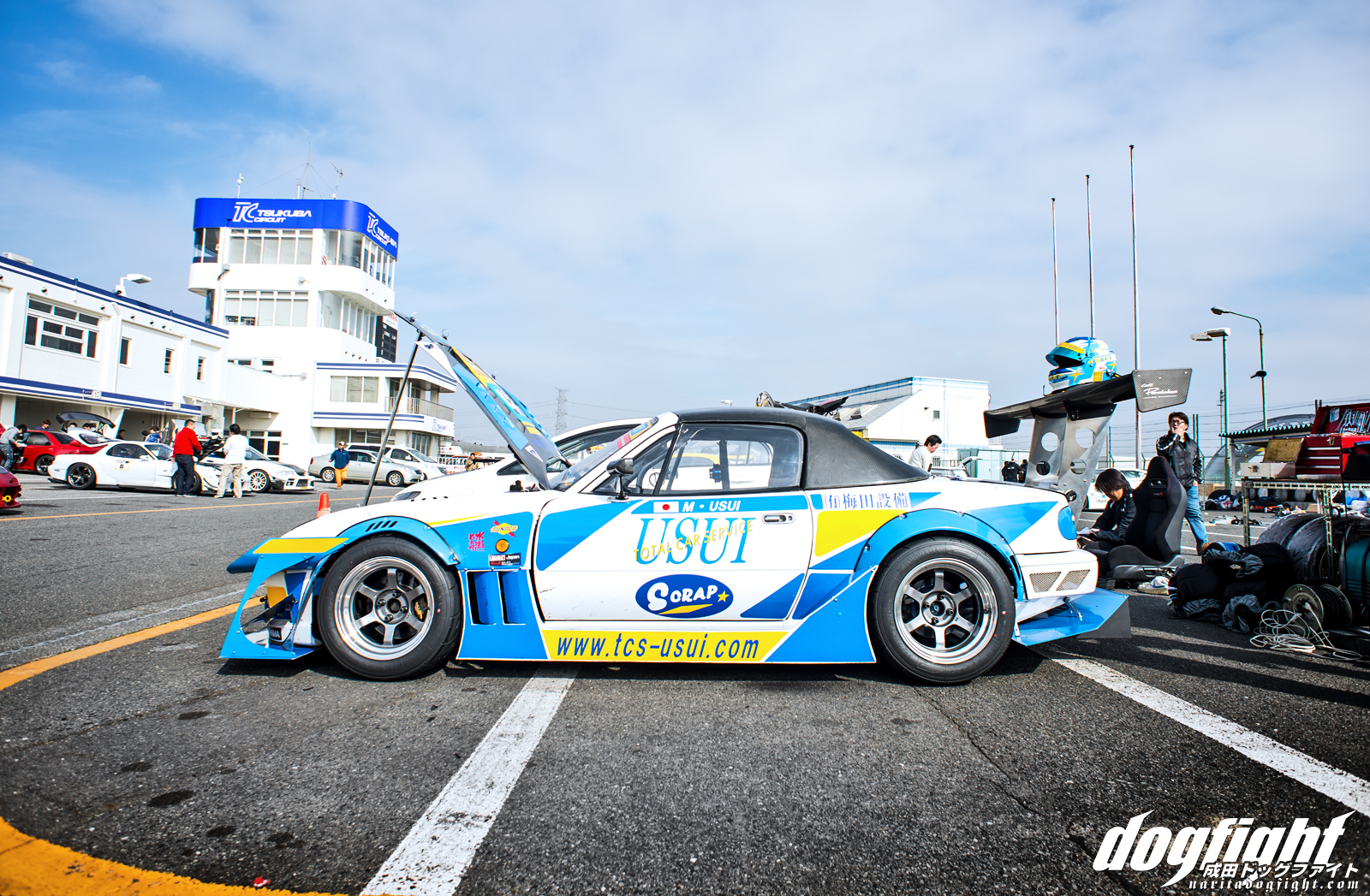 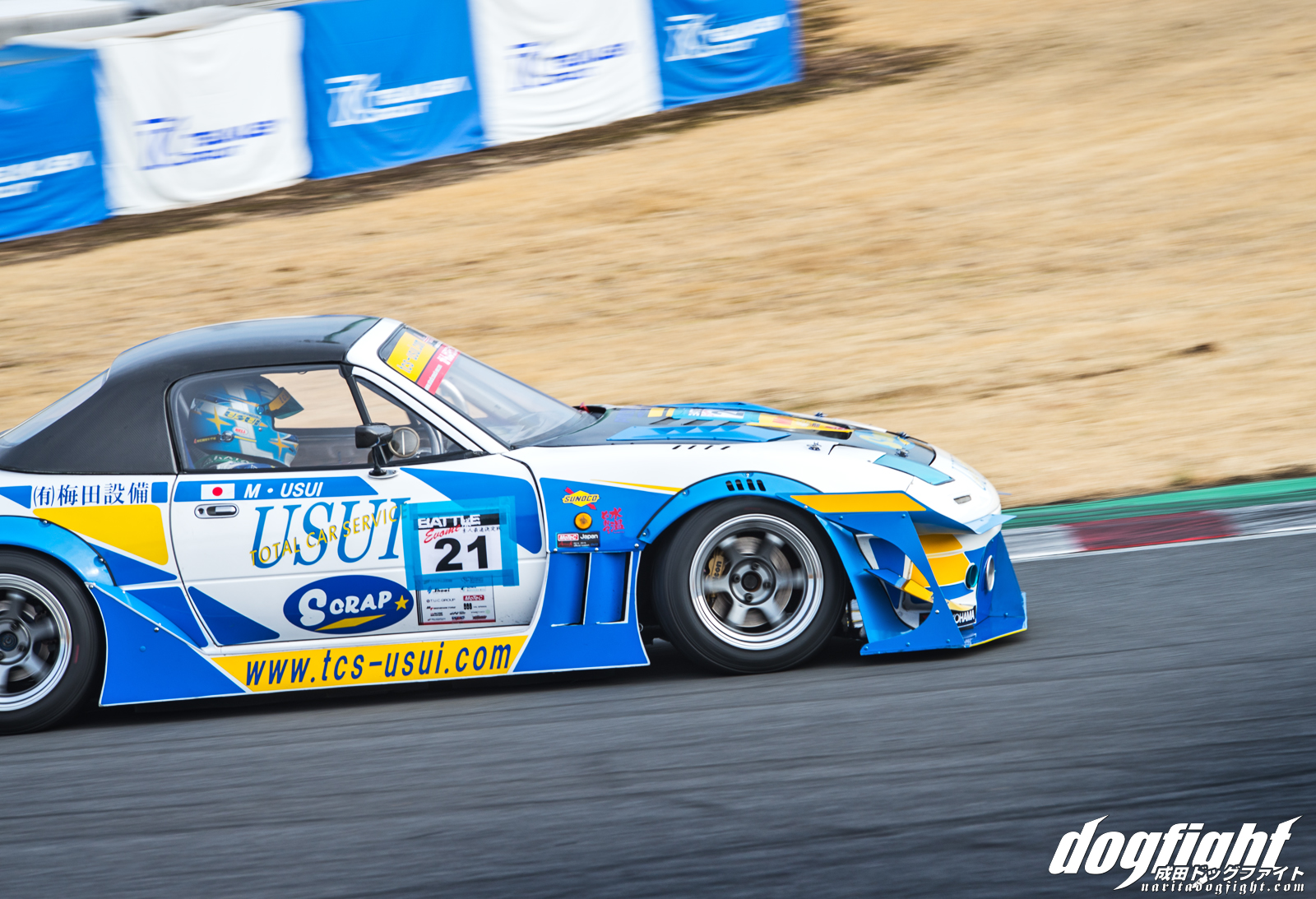 Whether it be from getting to know how the car drives on an almost intimate level, or searching for other ways like aero parts and power. 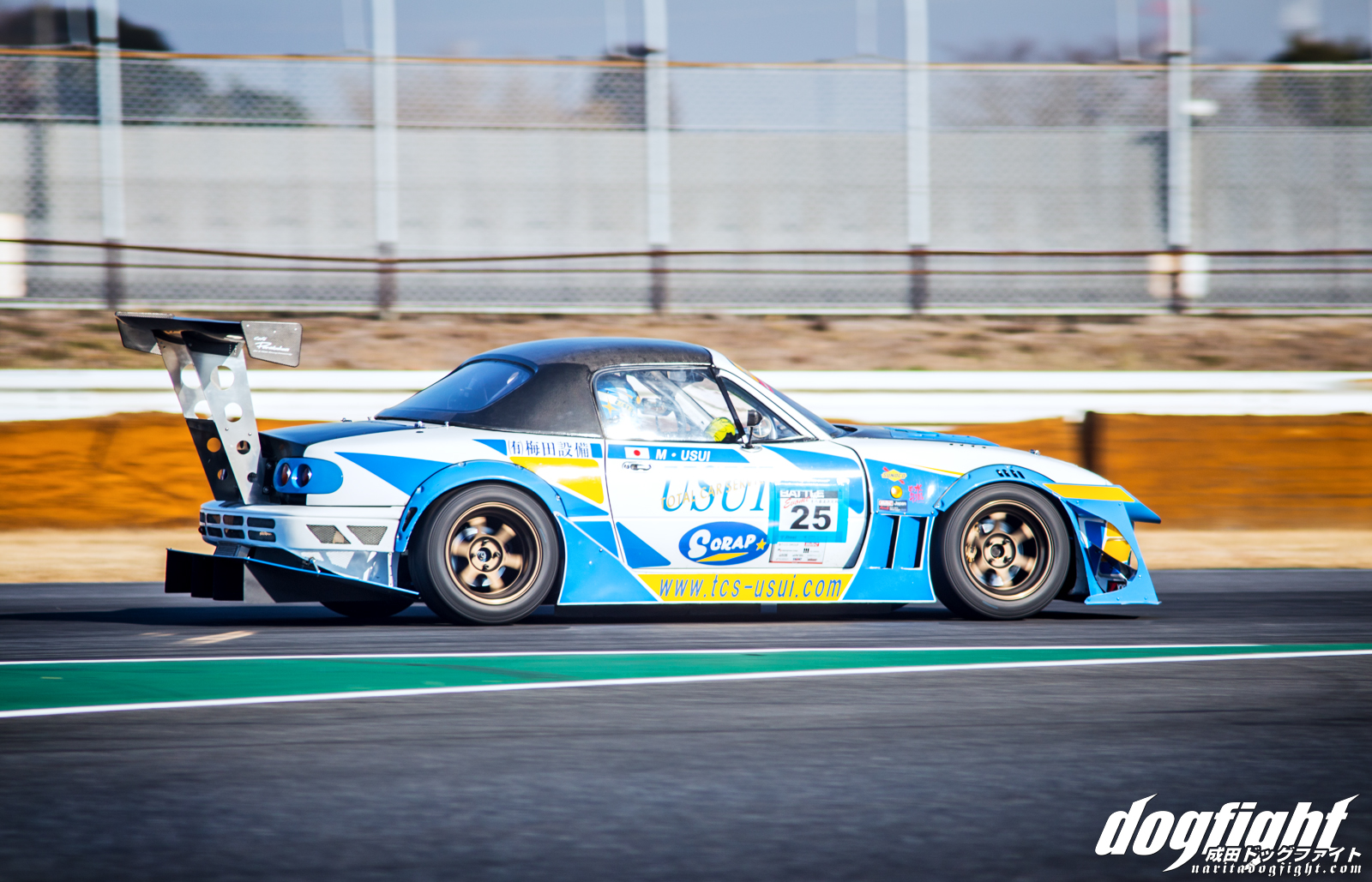 Whatever the case is for Usui, I’m sure we’ll see him hit his target soon.  Someone who has devoted their lives to one particular car always seems to have a special aura about them.  Usui has this when around his Roadster, and it I really feel that it takes that special kind of knowledge to get the most out of the car. 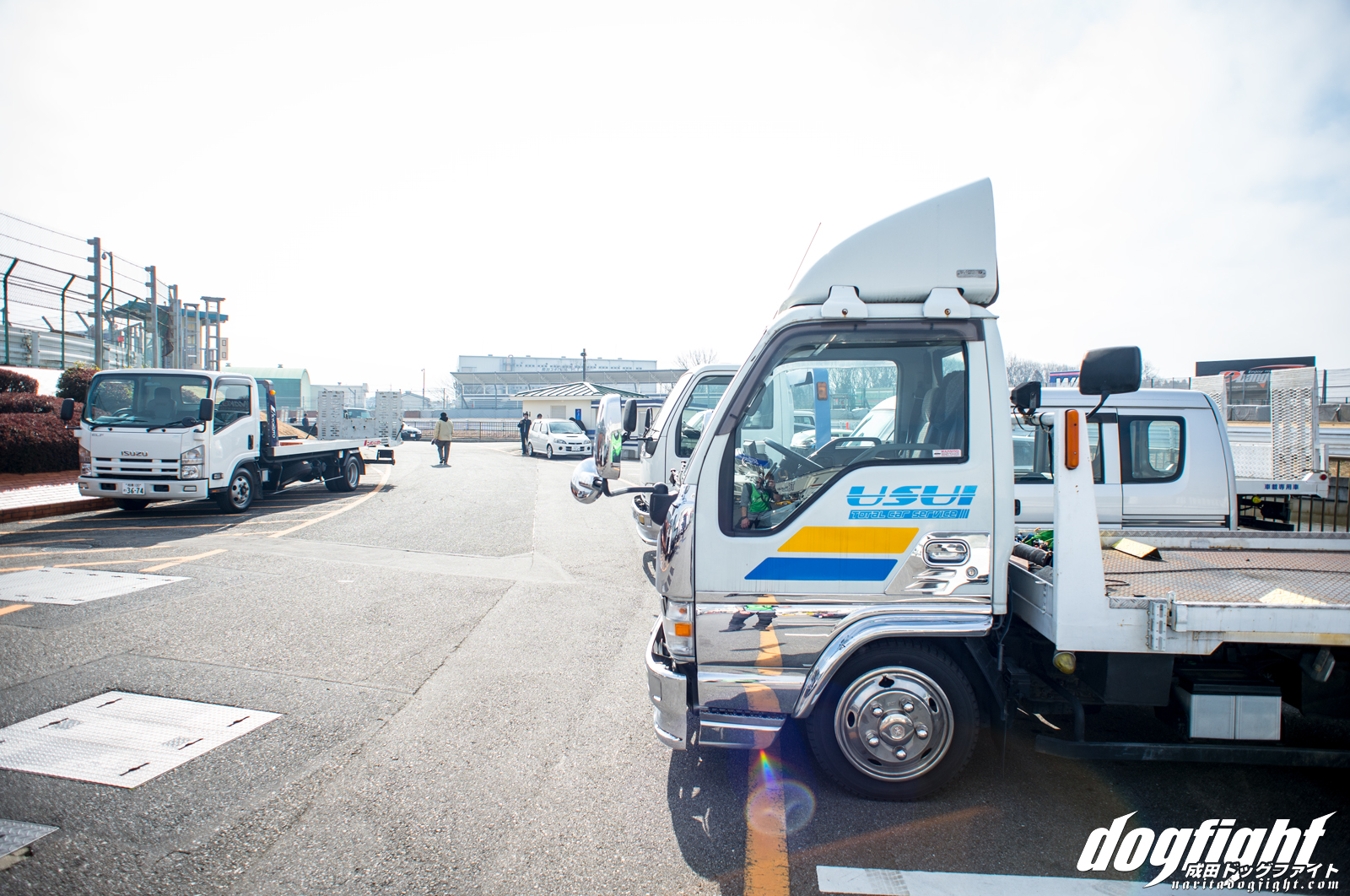 …and finally, what’s a really cool demo car without the matching flatbed? 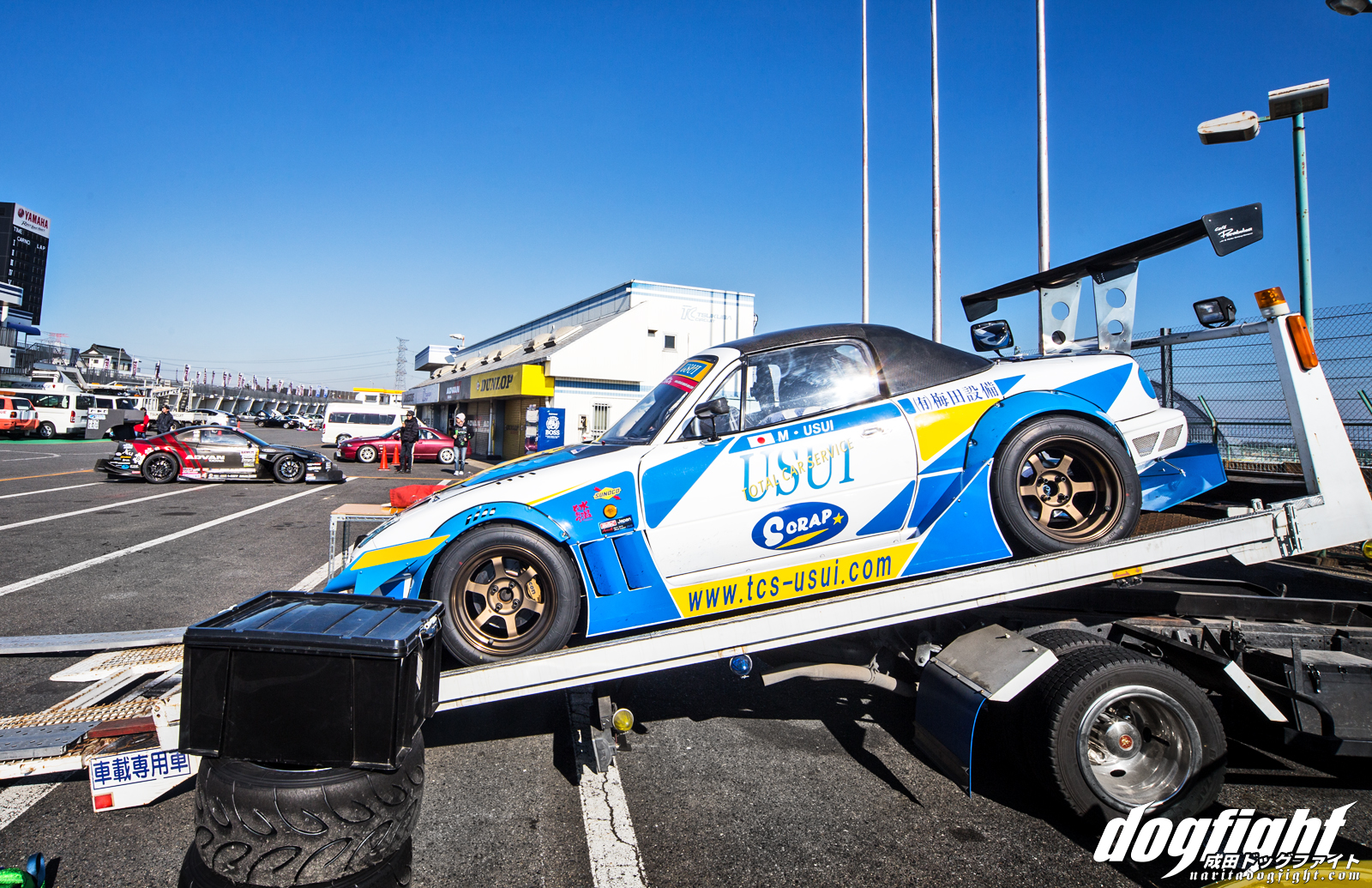 It was pretty neat to see this car compete in back to back events.  It really gives you a look into how dialed in the owners have these cars and what lengths they have to go to get that extra tenth out of them.  We’ll see you at the track again, soon.