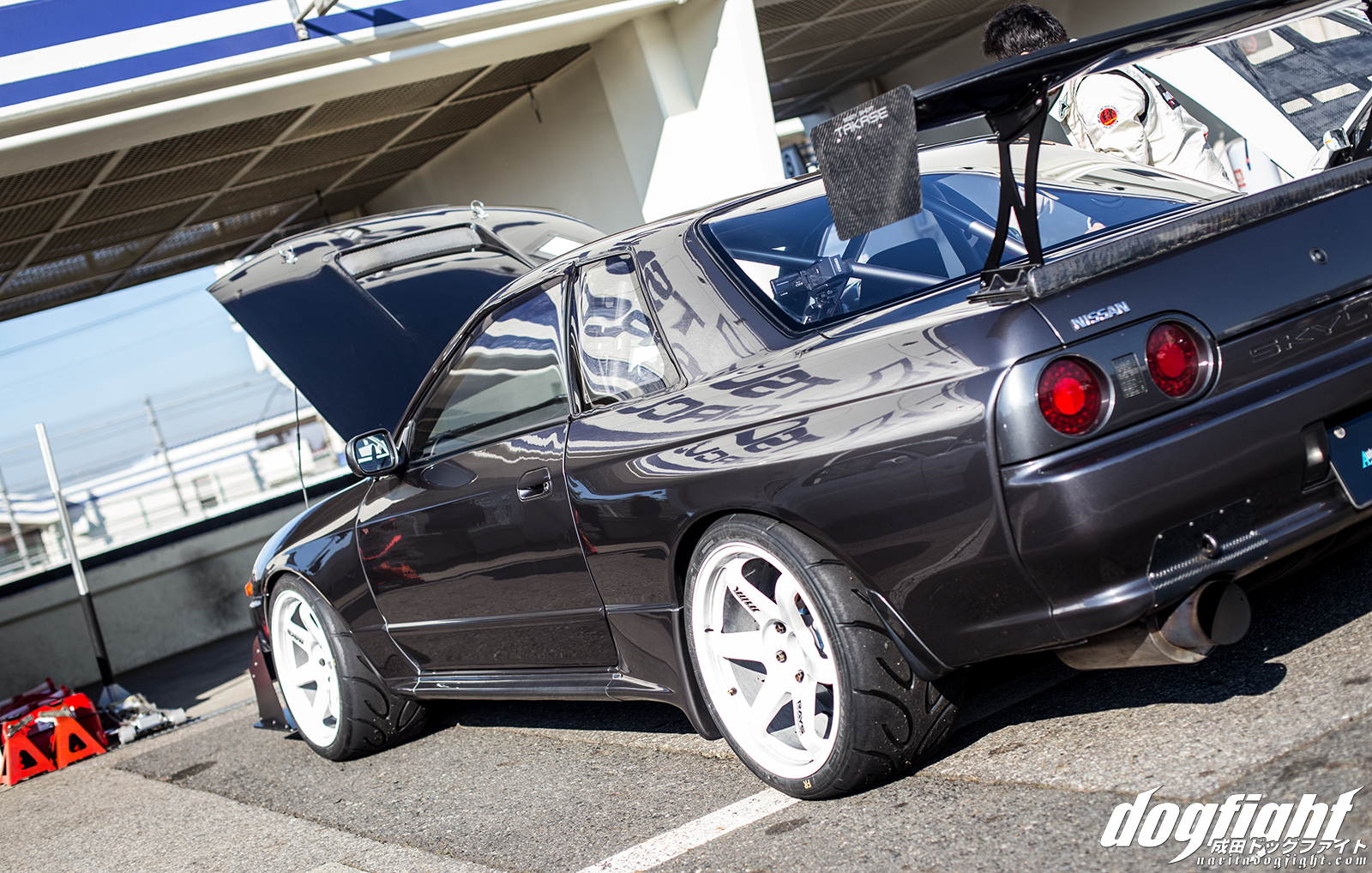 This Auto Gallery Yokohama R32, built in part by Body Shop Takase, has been a veteran of TC2000 for some time now.  In fact, not much has changed in the 2 years I’ve been following the car.  I guess you could say it’s a testament to the saying, ‘If it’s ain’t broken, don’t fix it.’  The owner, Mr. Harumichi, is by now without a doubt among the fastest around Tsukuba, throwing down consistent low 57 second lap times in the GTR.   I remember seeing this car back in 2014 at an Evome event and it solidified my love for the Yokohama based Nissan tuner.  Let’s check out what has changed over the years. 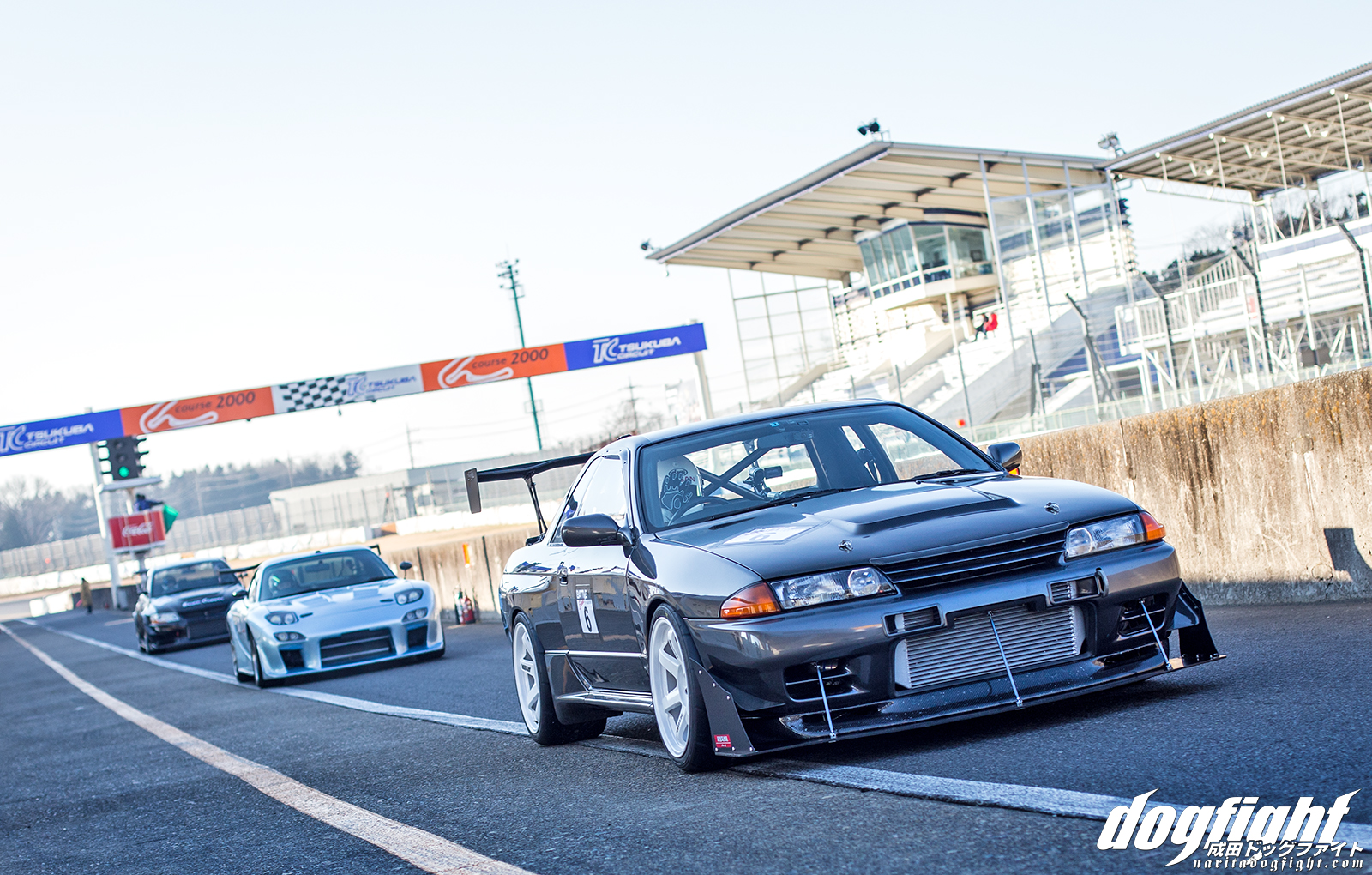 Quite the lineup headed out to track; Super Battle Evome class has the best competitors. 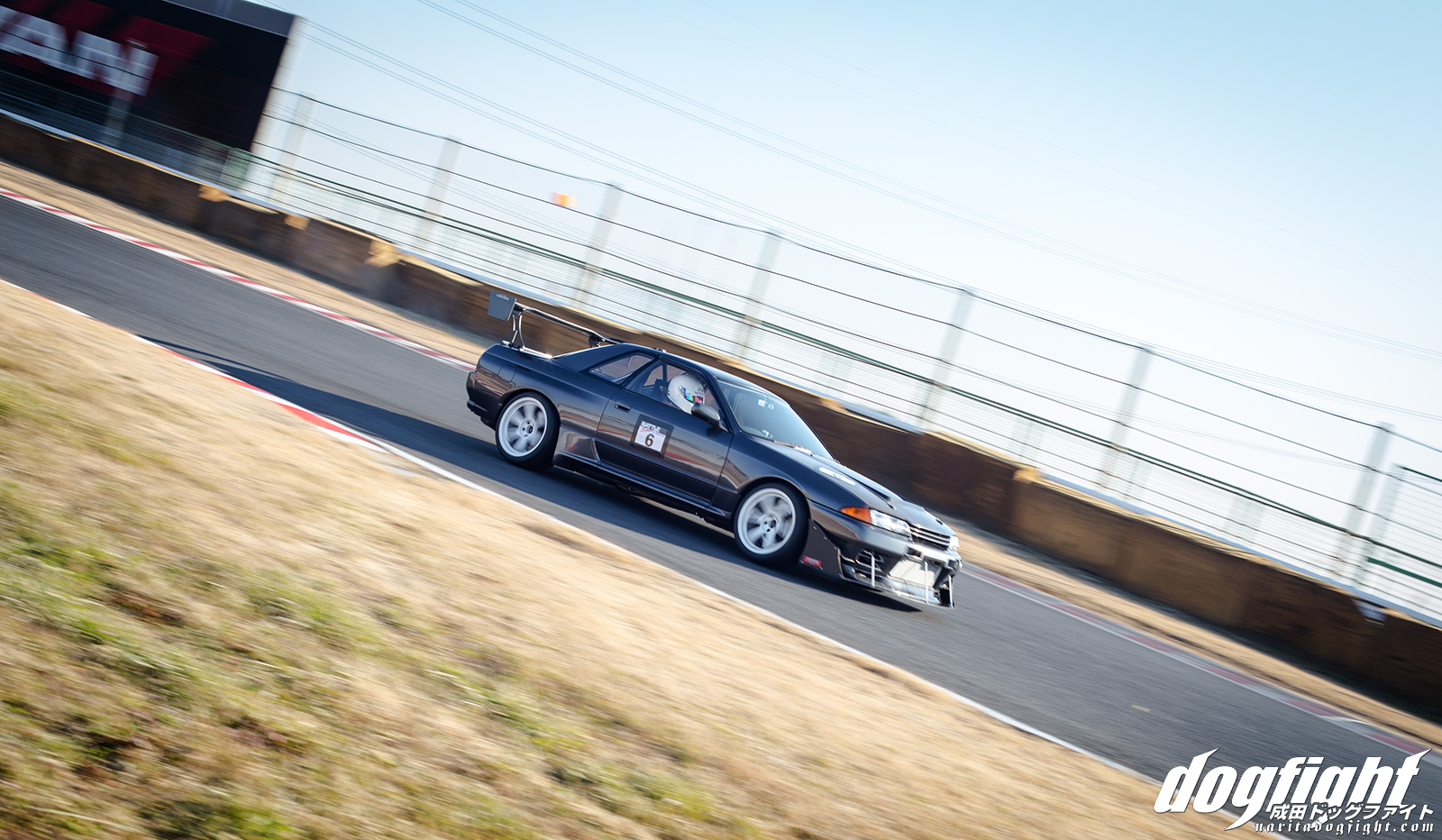 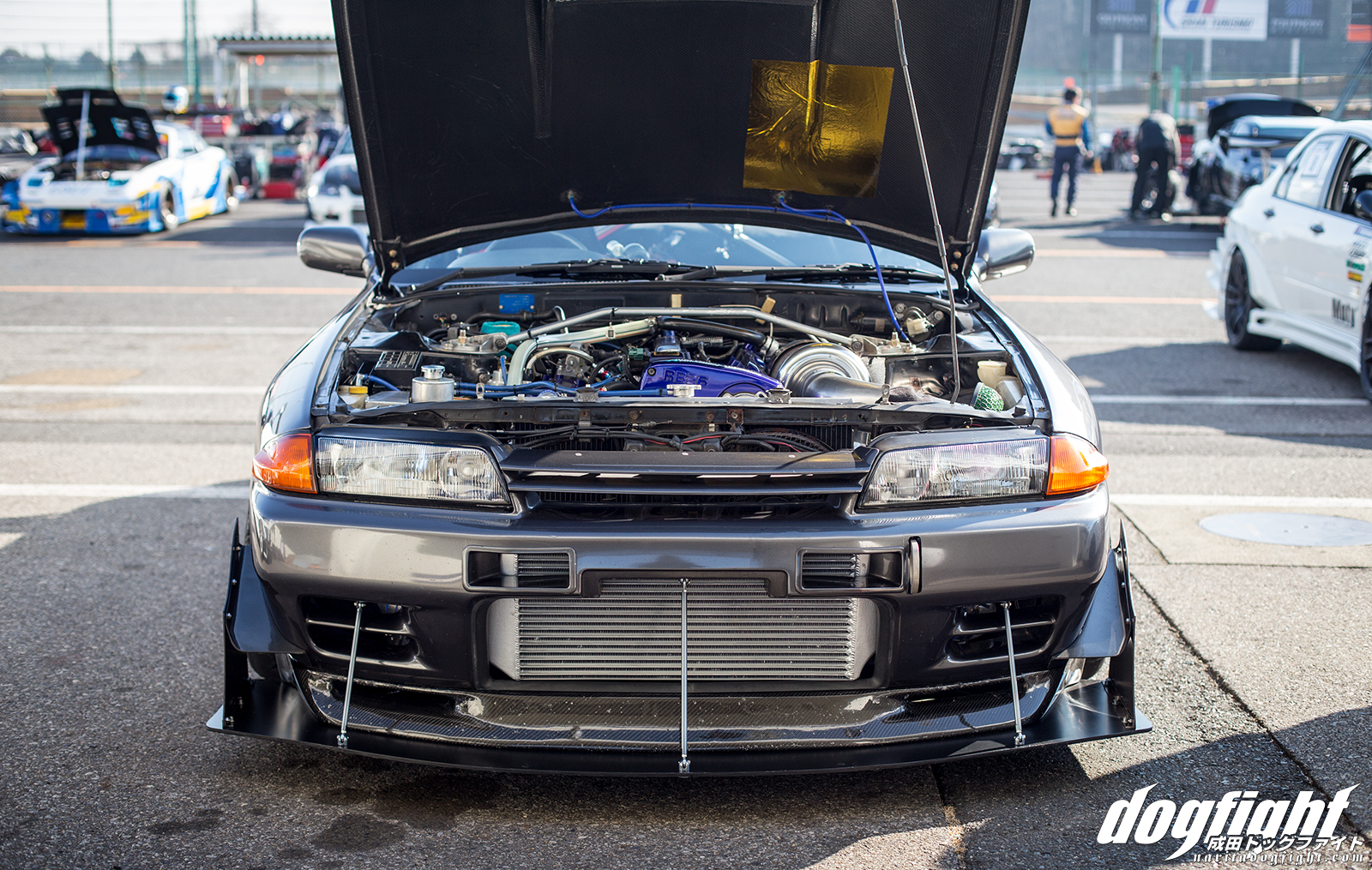 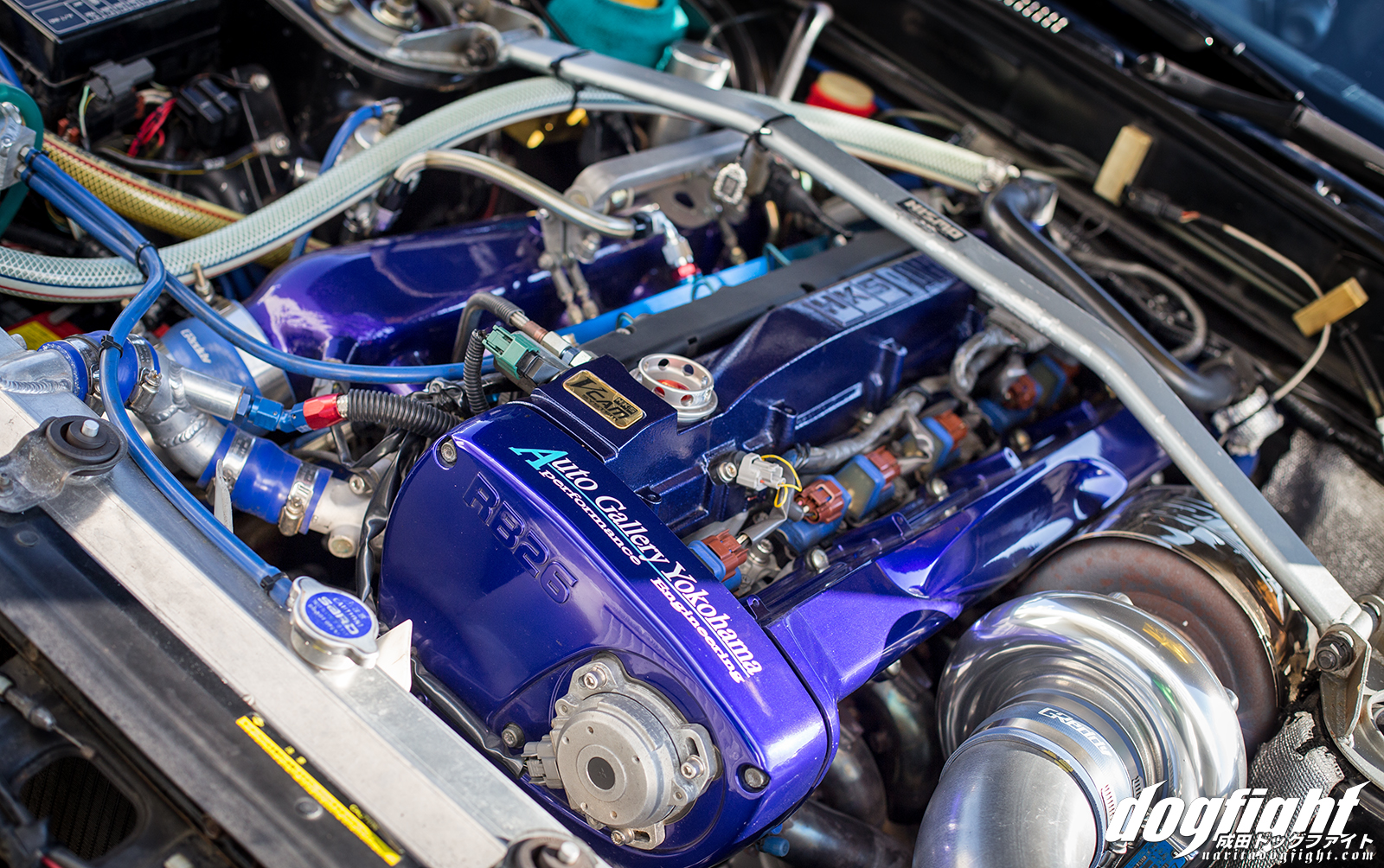 The massive GReddy T88 still provides the majority of the power of the GTR. 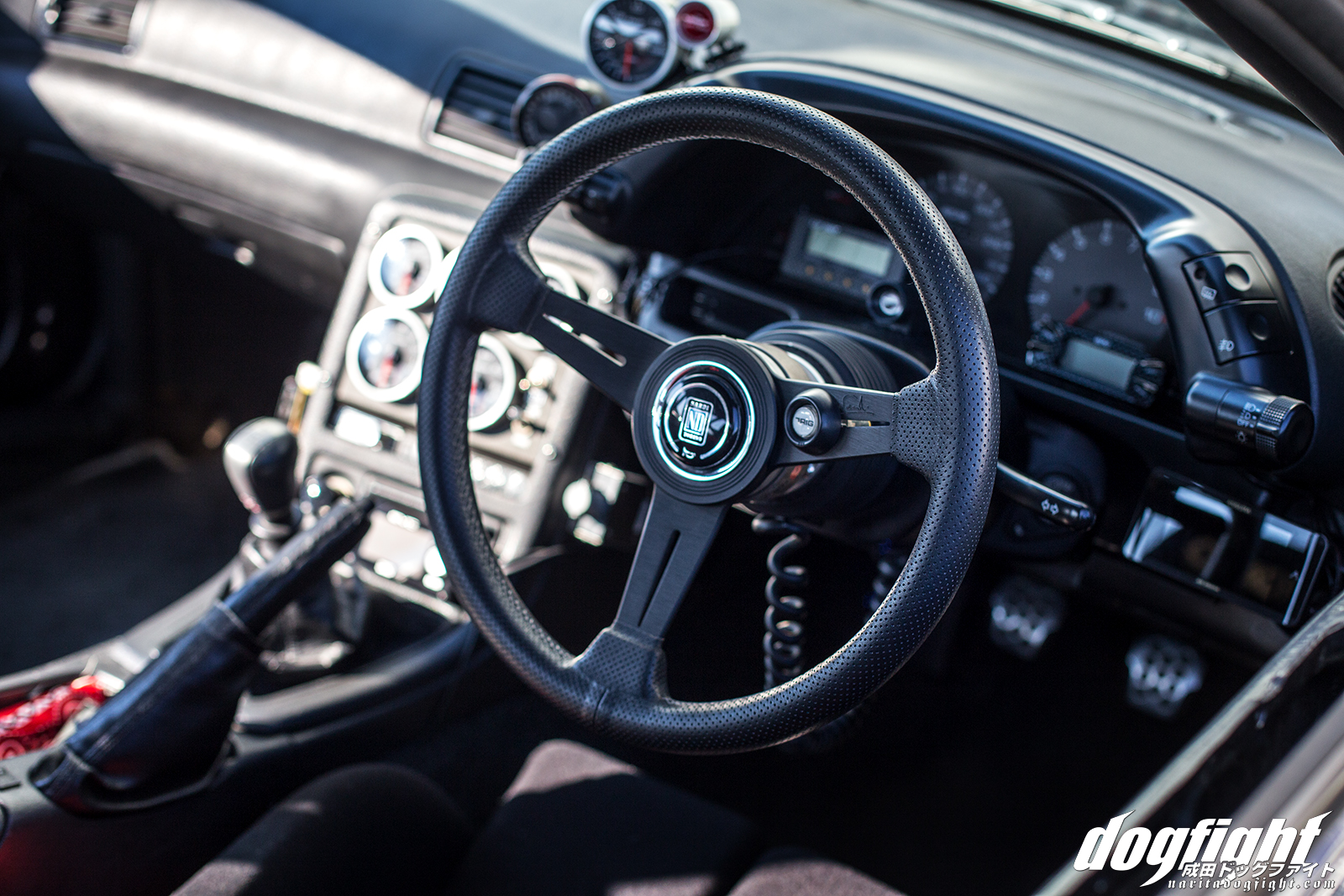 A lightly touched interior sports a Nardi wheel, and a plethora of gauges and monitors to aid in checking vitals.  The OEM dash and in-tact interior compliments the somewhat modest exterior of the Skyline.  The older roll cage has been swapped with one that has a rear X brace as well as other chassis mounts.  Most likely to increase safety, and tie the older chassis together a bit more.

No crazy aero modifications have taken place over the years, kind of common among the fastest R32’s in these series.  Look at the Wacky Mate R32, it also has a very simple exterior (although, as of this past Winter, the Wacky Mate GTR now has a pretty insane front splitter).  Oh well, at least it used to be modest.  The white TE37’s are still present; again, why change a good thing? 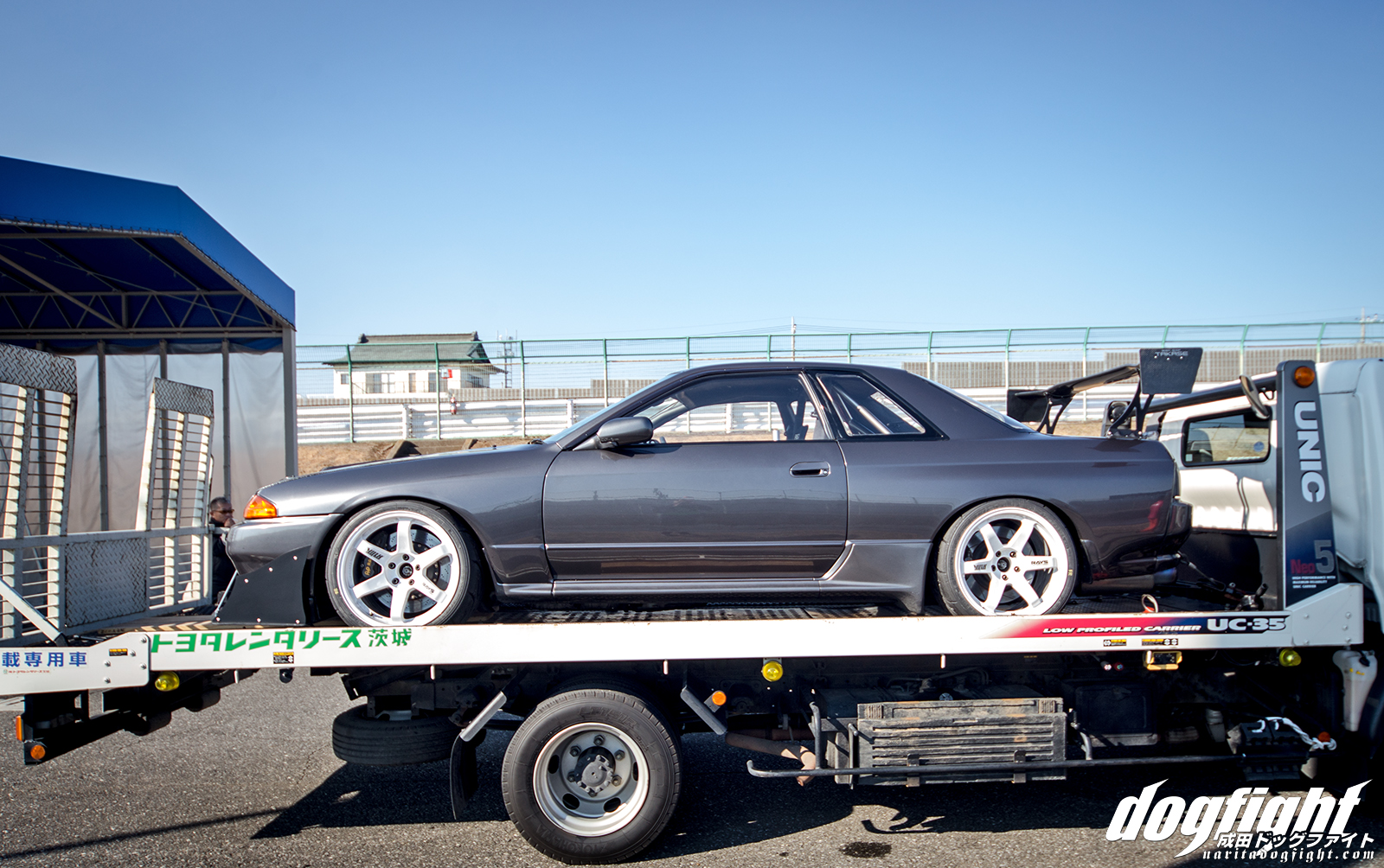 Looks almost unnecessary to be sitting on a flat bed! 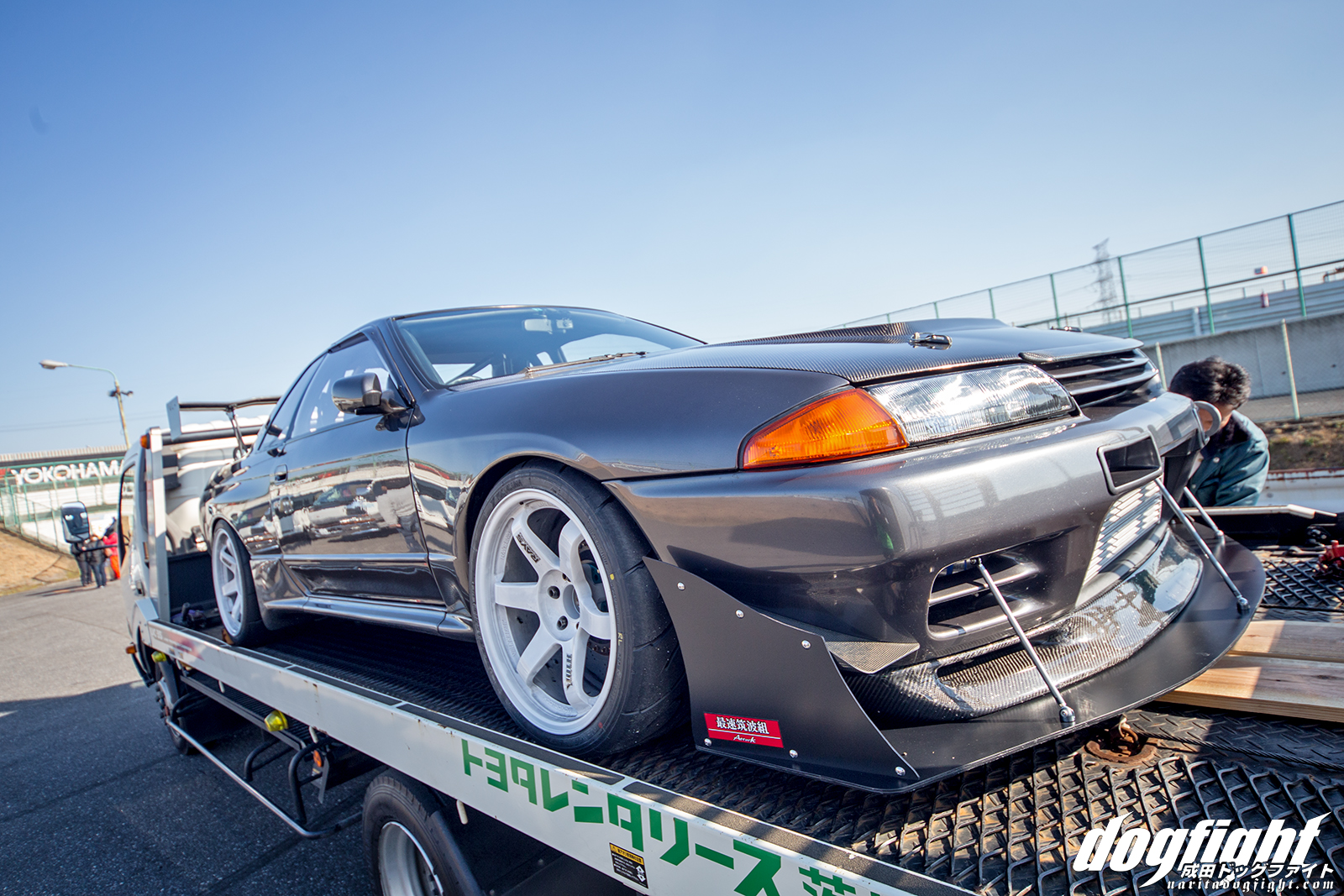 The ultra consistent times, backed by a very talented driver, lead me to believe that the GTR is nearing it’s potential in it’s current form. 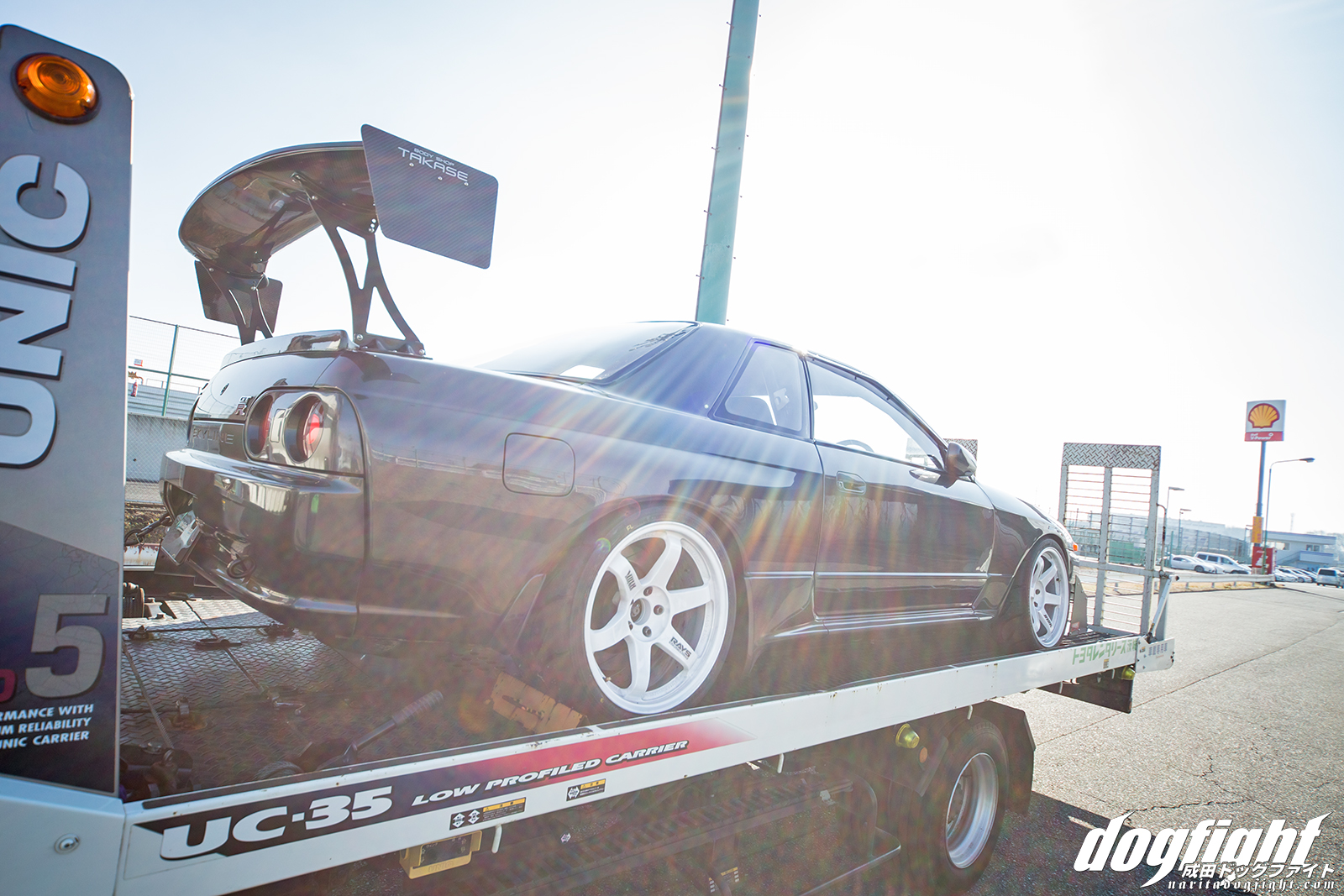 It would really be interesting to see how much further it could go with aero enhancements, or even a bump in power.  Then again, in my opinion, the car is simply perfect as is.