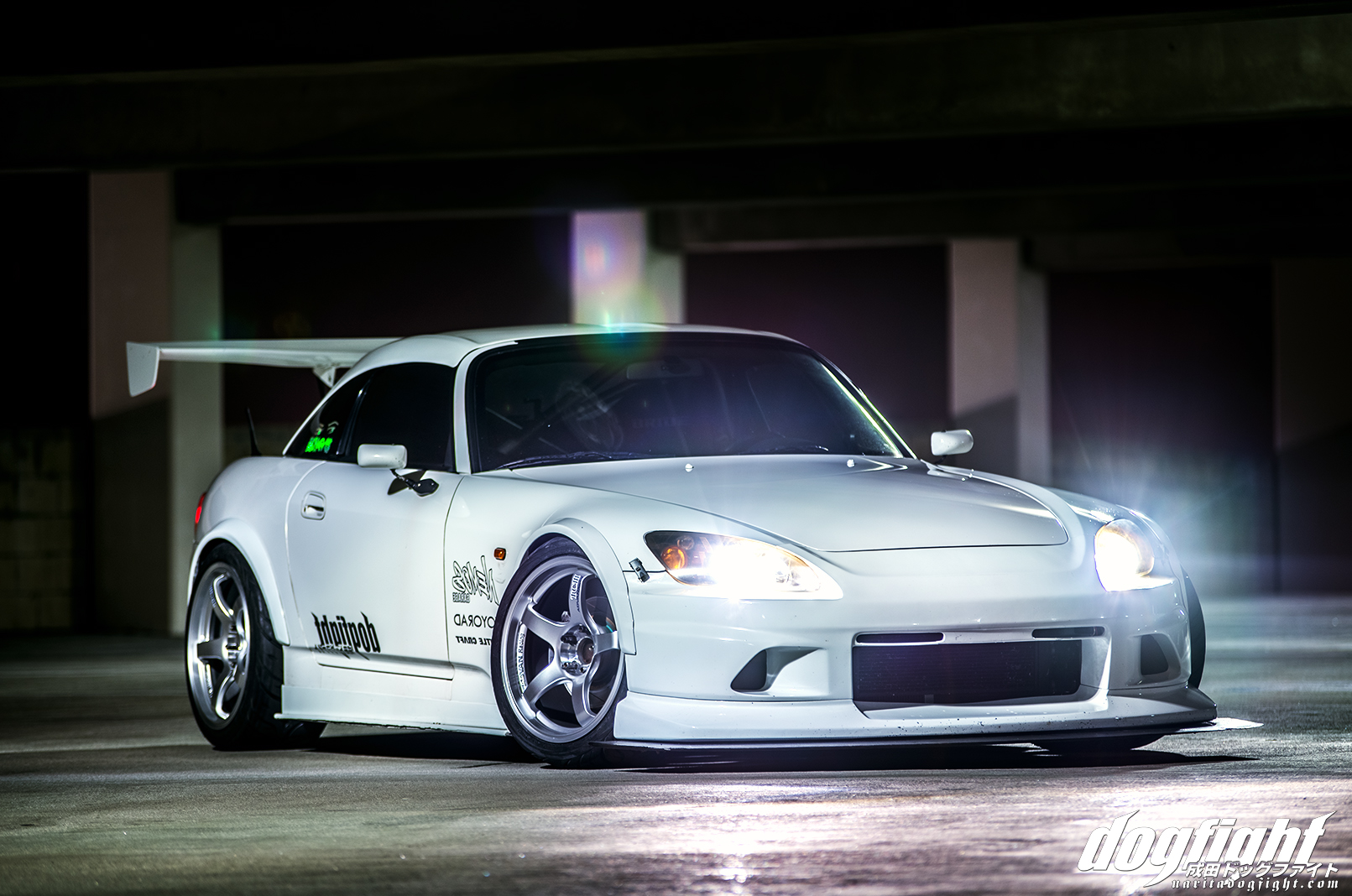 If you follow the blog (or Instagram @naritadogfight), it’s likely that you have heard of Justin, or seen his car posted several times.  Justin is one of the two team drivers we have on NDF, and while he’s made several appearances (like the Podcast interview, and a few cameos) I’ve never really gone out and shot his S2000 with the purpose of featuring it.  The car has come a long way in the past few months with the assistance of some pretty weighty modifications.  This past weekend, we took to the streets with the idea of showcasing his build for the site.

Actually, after looking at that past posting, it’s almost as if he’s driving a totally different car; which is a testament to how much work has gone into it in the last year – the last few months especially.  The rapid growth in modification didn’t come without it’s fair share of issues however, and as a result has left Justin with a plethora of problems to deal with.  With the recent addition of a supercharger, the tired motor is starting to show signs of aging, leaving Justin with the tab. 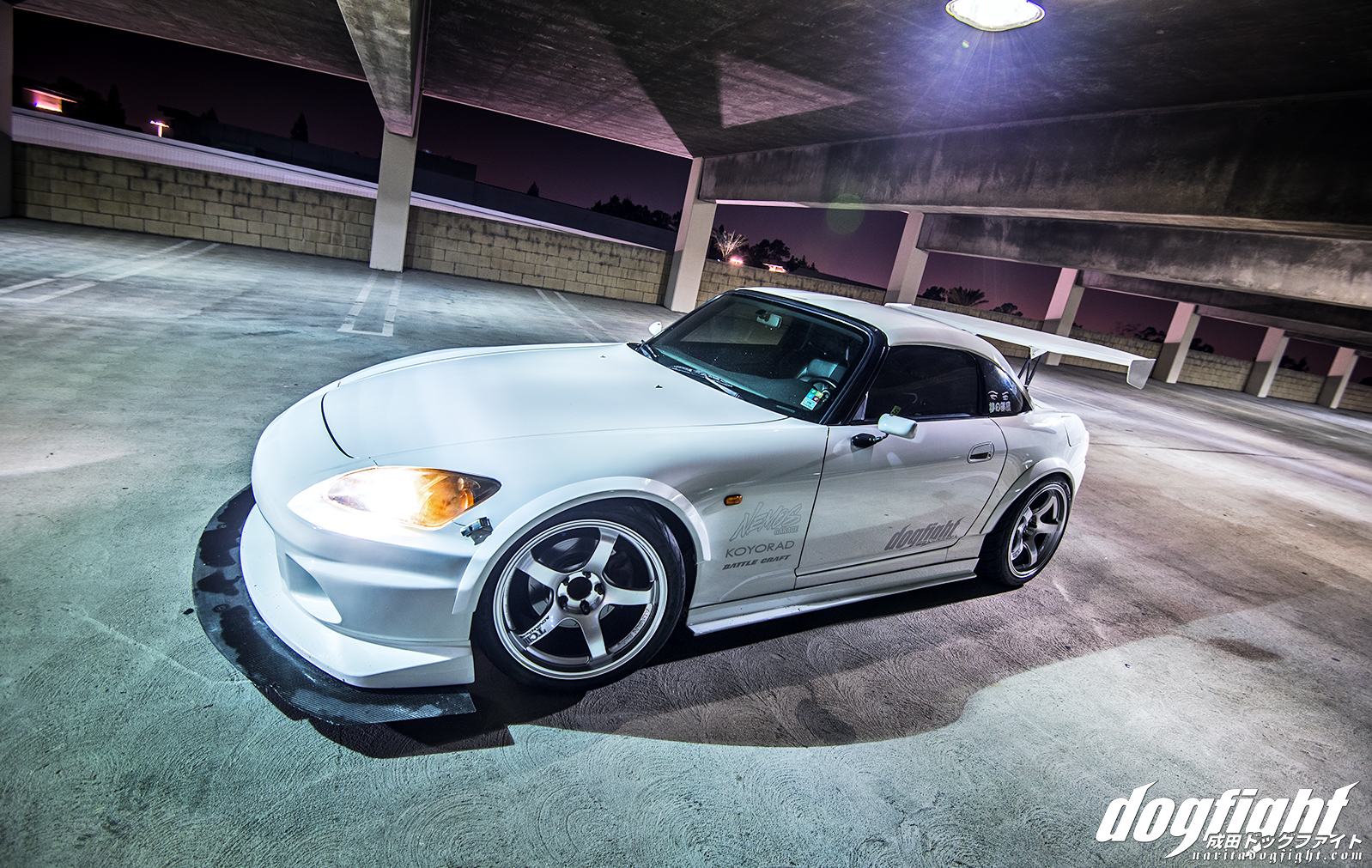 The exterior of the AP2 is all but wrapped up, now that all the new aero bits have been coated in a fresh layer of Grand Prix White.  The newly added Voltex flares compliment the Voltex front bumper and allow his new wheel setup to fit snugly underneath the fenders. 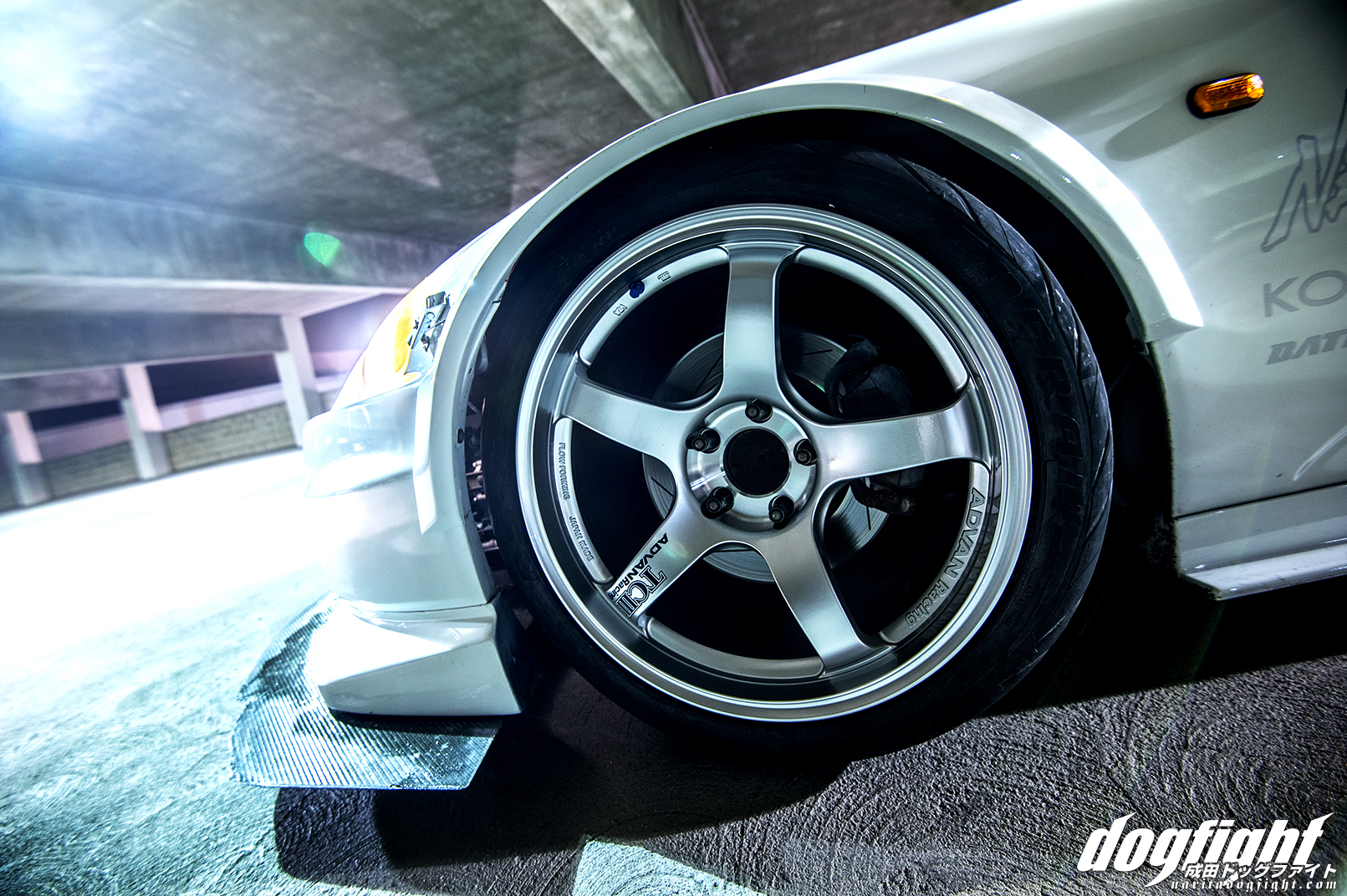 This, to me, is a big addition for Justin.  I don’t think I can remember a track day where he’s had the luxury of having a fresh set of tires.  He’s been loyal to the Federal RS-R because of their low cost, despite them being proven a slower tire (not sure about the RS-RR).  Being a nurse, and now a nursing student having recently gone back to school, money is definitely a factor in modification choice; as it is for the majority of us.  Still, being able to run 1.25’s at SOW and 1.58’s at BWRP with a N/A motor and worn down tires is commendable.  I look forward to seeing what he’s capable of with the new setup. 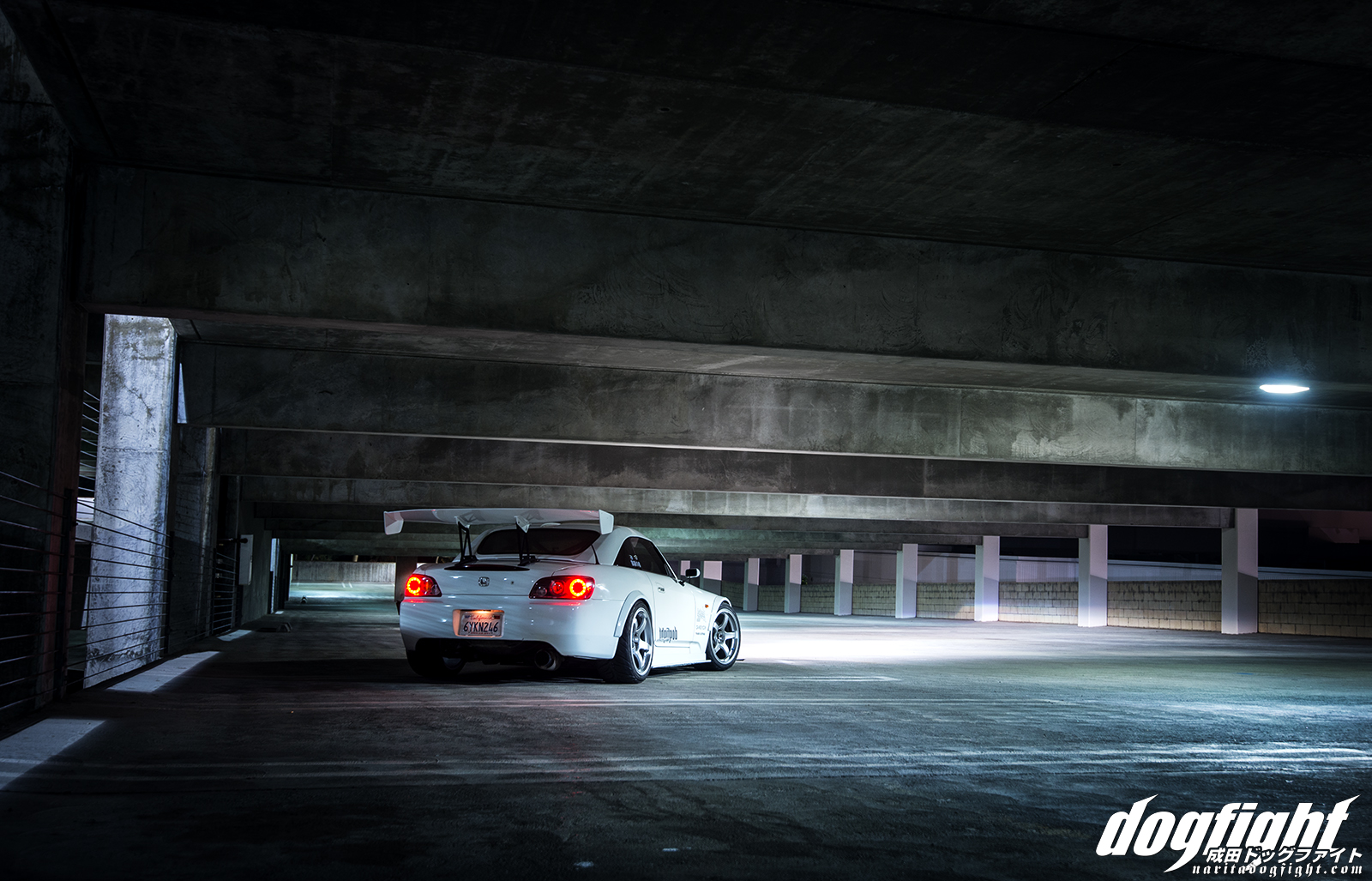 At 324whp, the roadster, although showing it’s age, is far from a slouch in the power department.  A SOS Stage II Supercharger now forces the F22 to produce a respectable amount of power; nearly 100 more than over the NA motor.  A full size Koyorad radiator and oil cooler help keep temps in check. 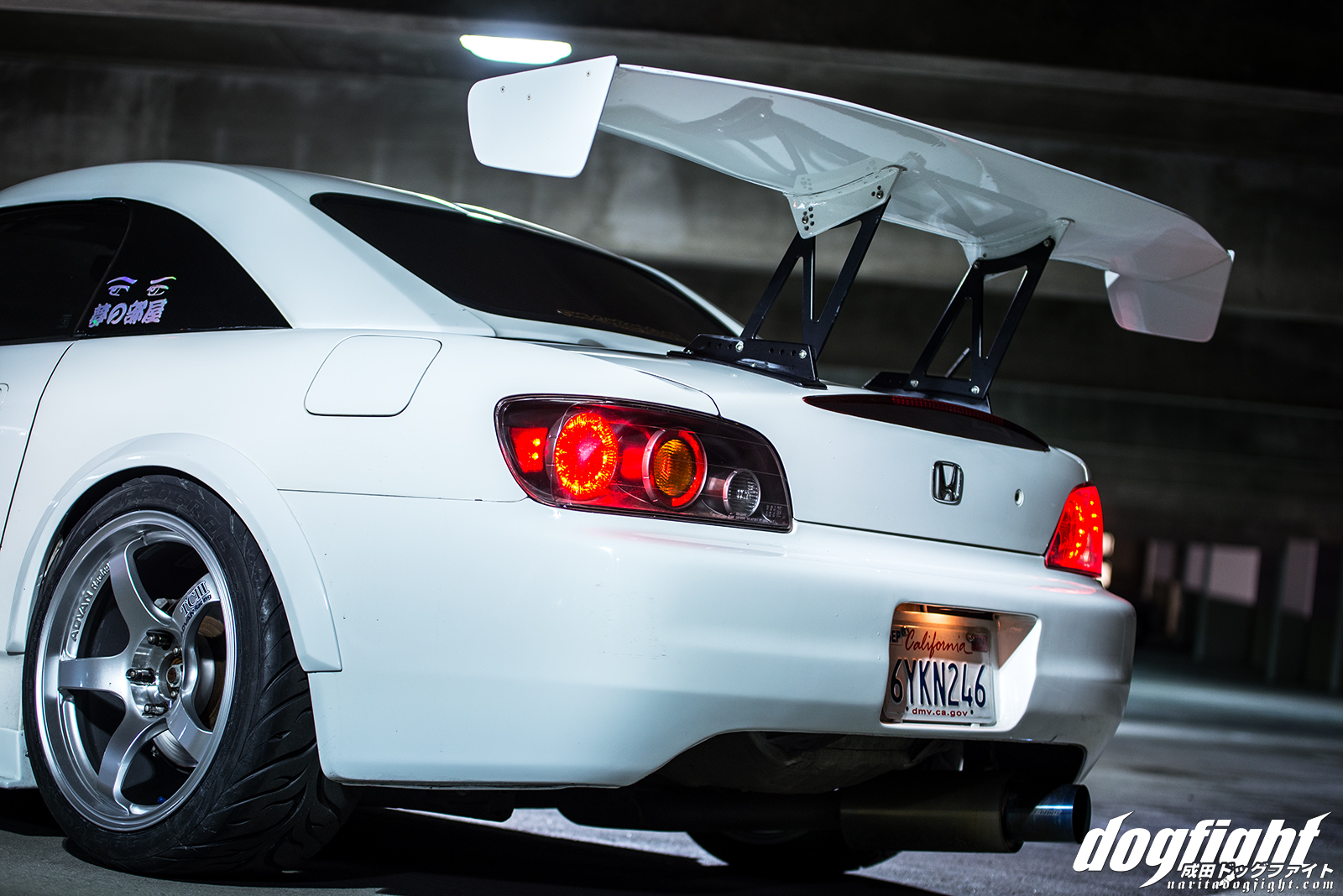 A GReddy exhaust expels exhaust from the charged F22.  To give the car a little more color unity, Justin chose to paint match the Voltex Type 7 wing. 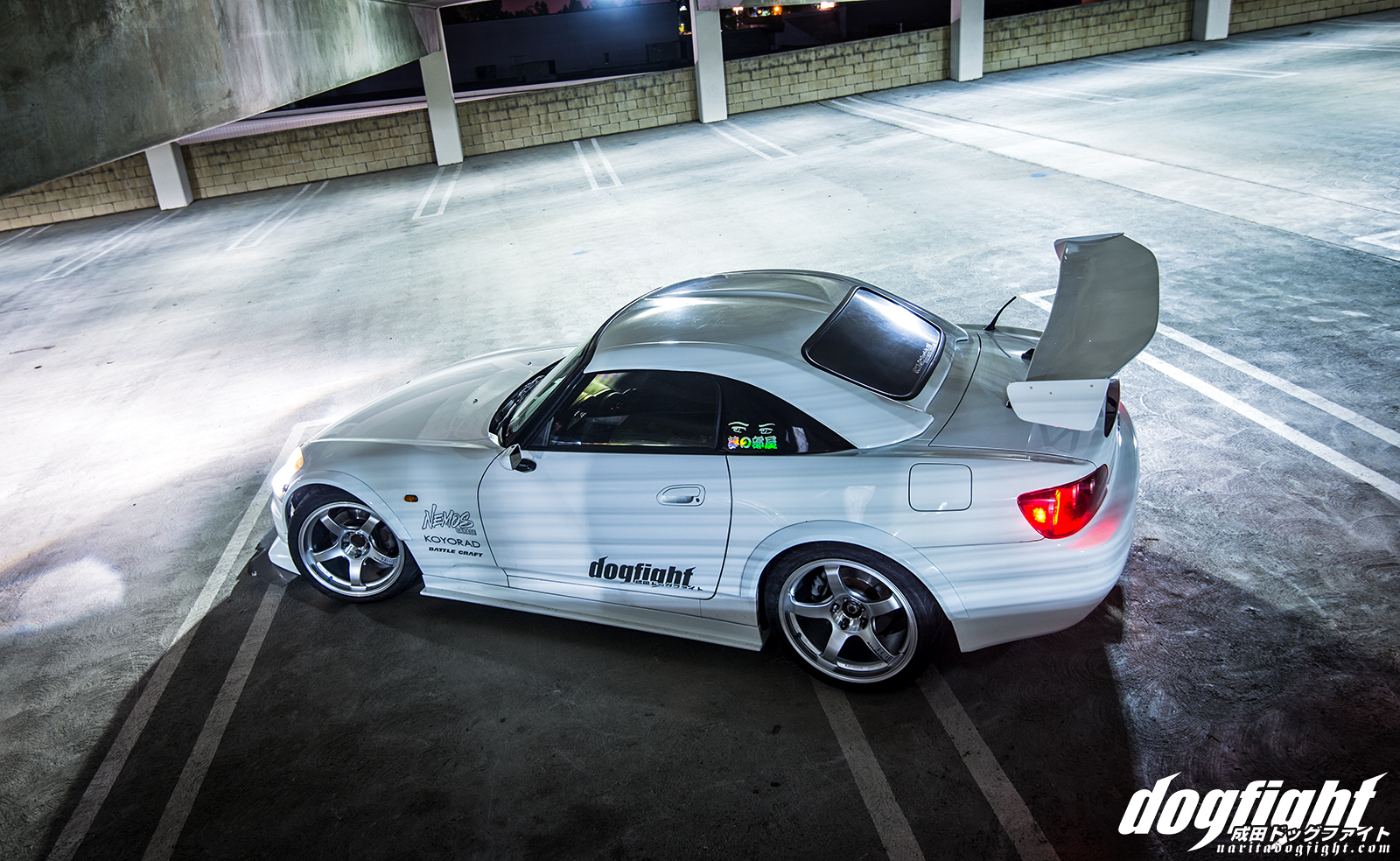 The new wheels definitely add to the cars aggressive appearance. 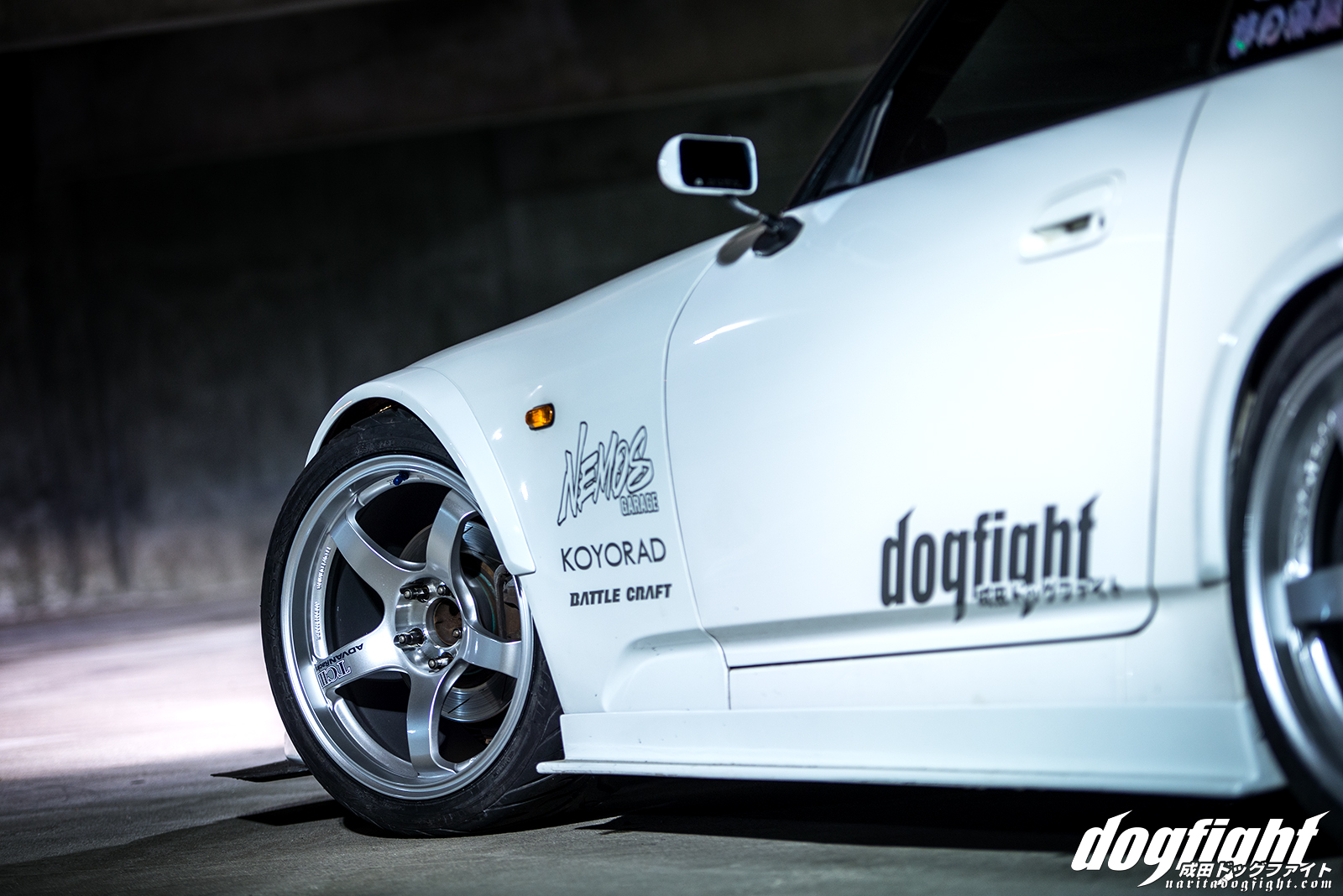 The carbon Dogfight LCP spats had to be removed to accommodate the Voltex flares, but plans to modify them and add canards is in the works for front end aero. 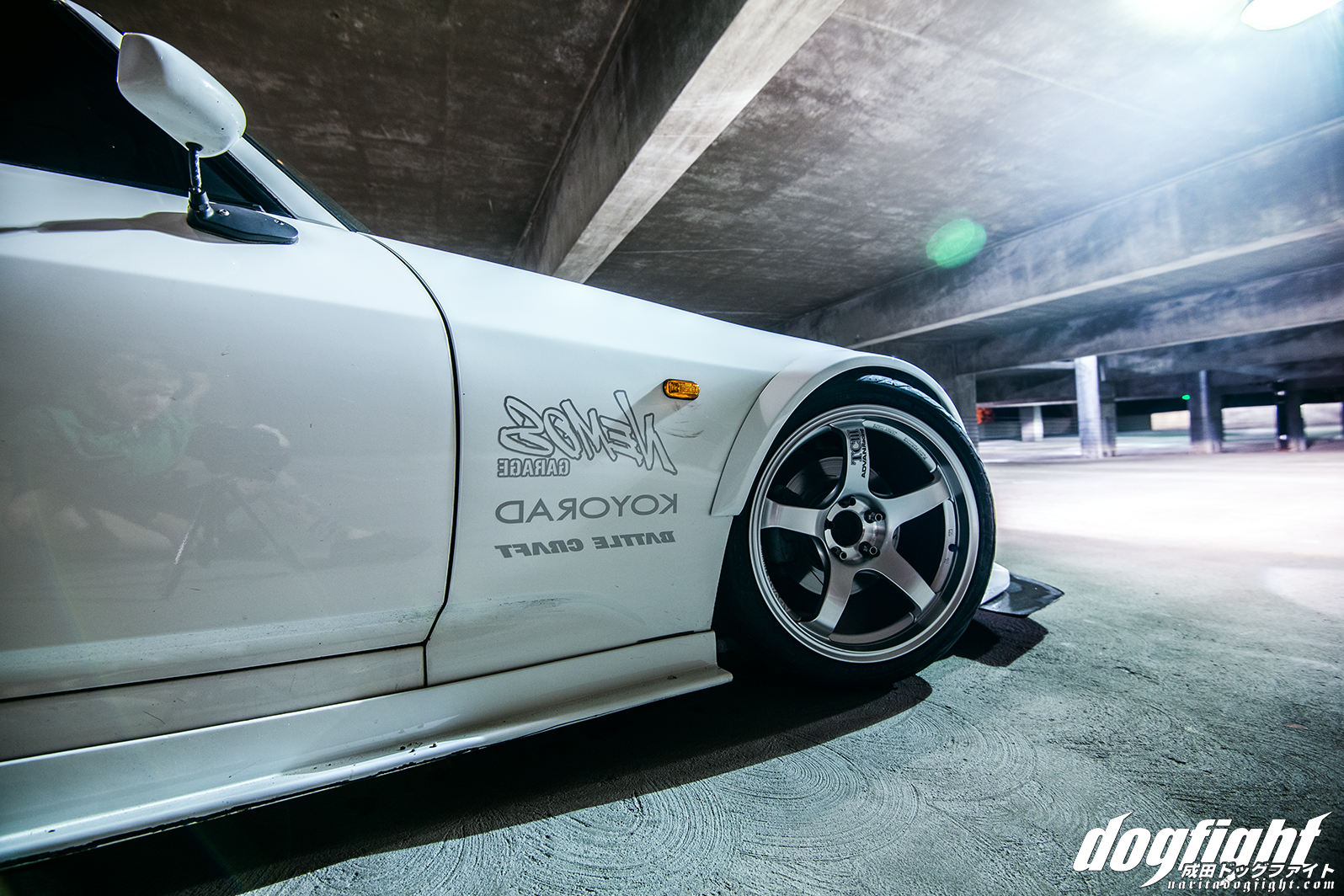 This shot is great and good quality because you can see my disheveled self in the reflection of Justin’s door. 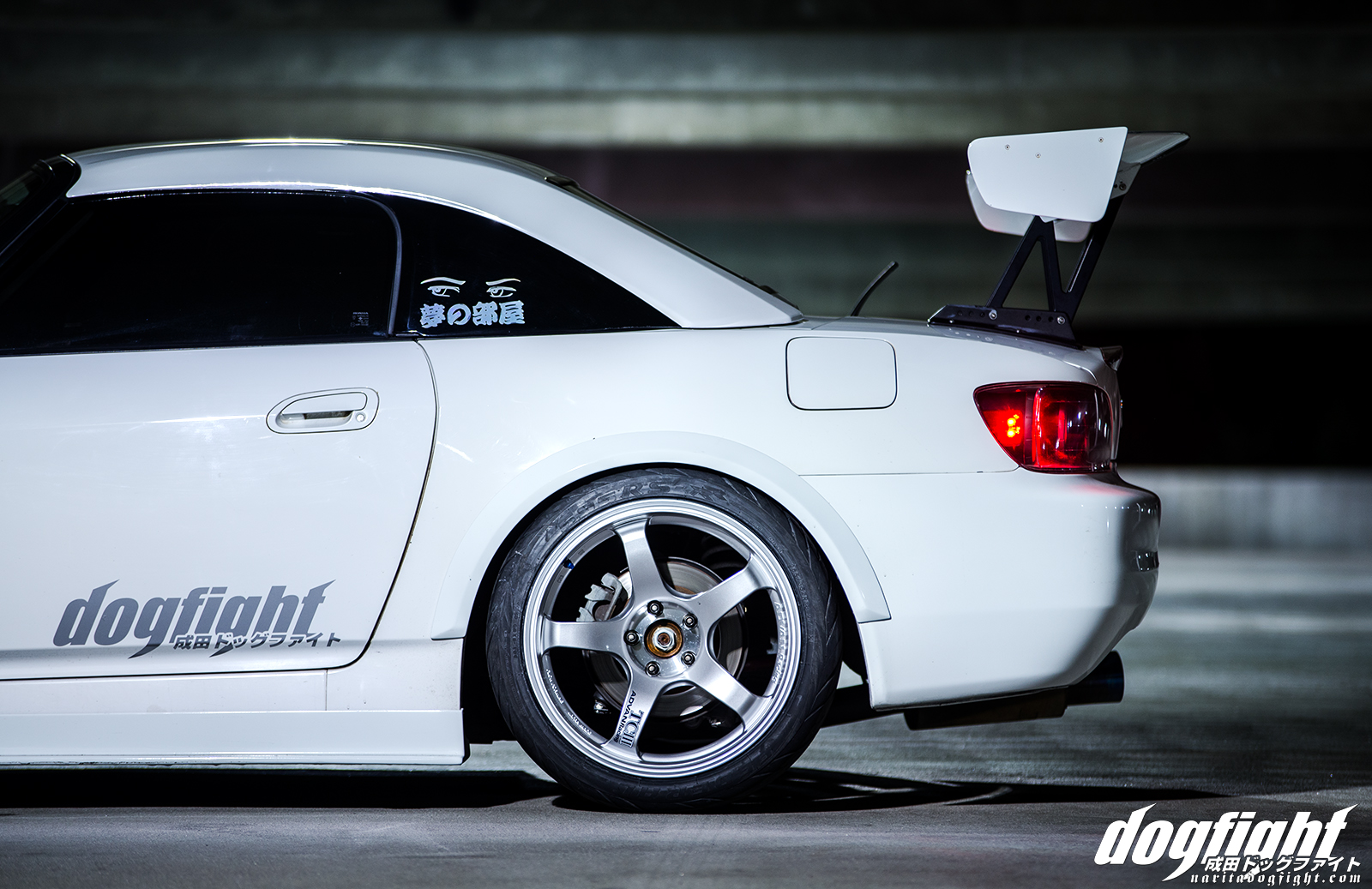 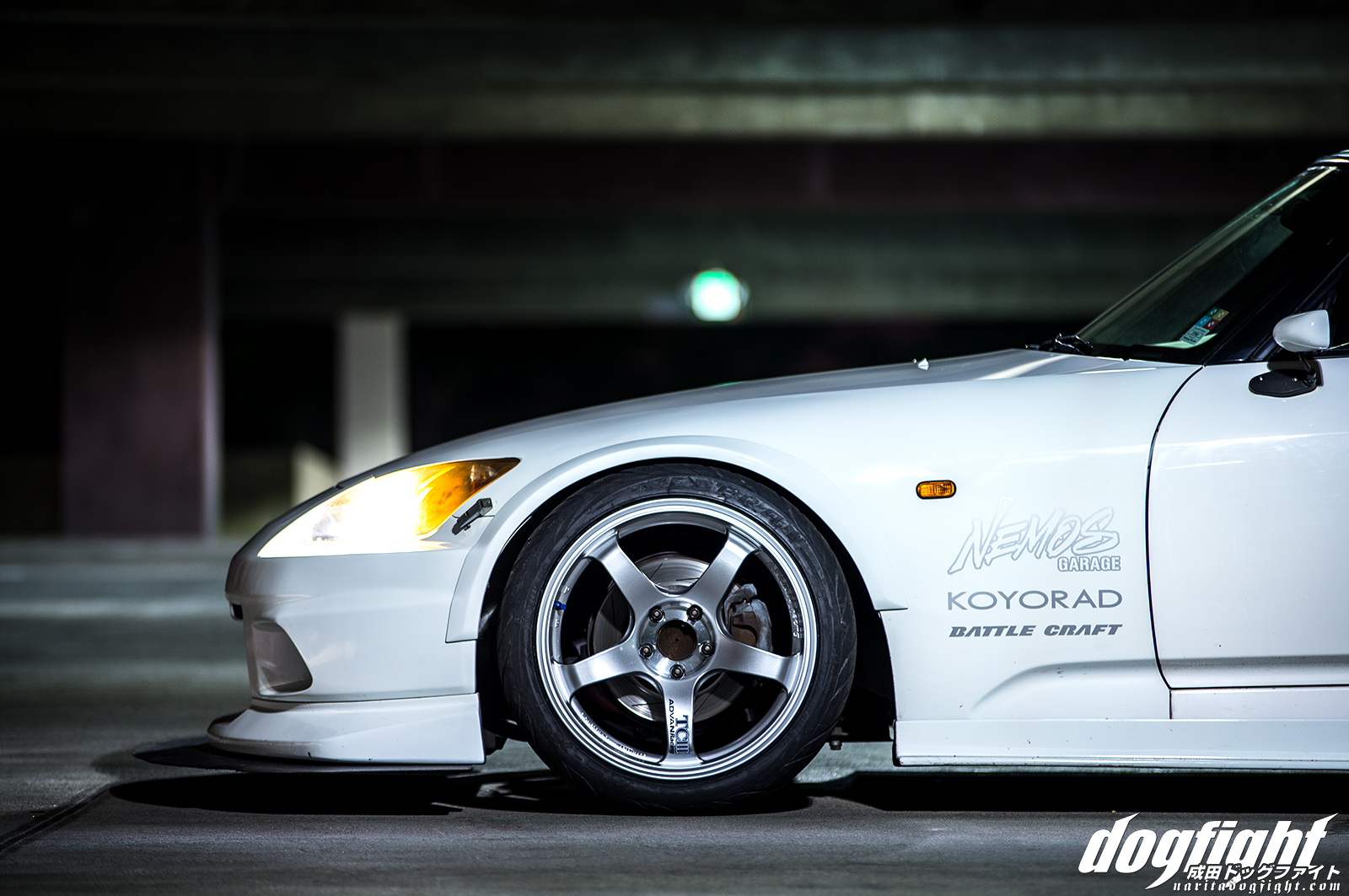 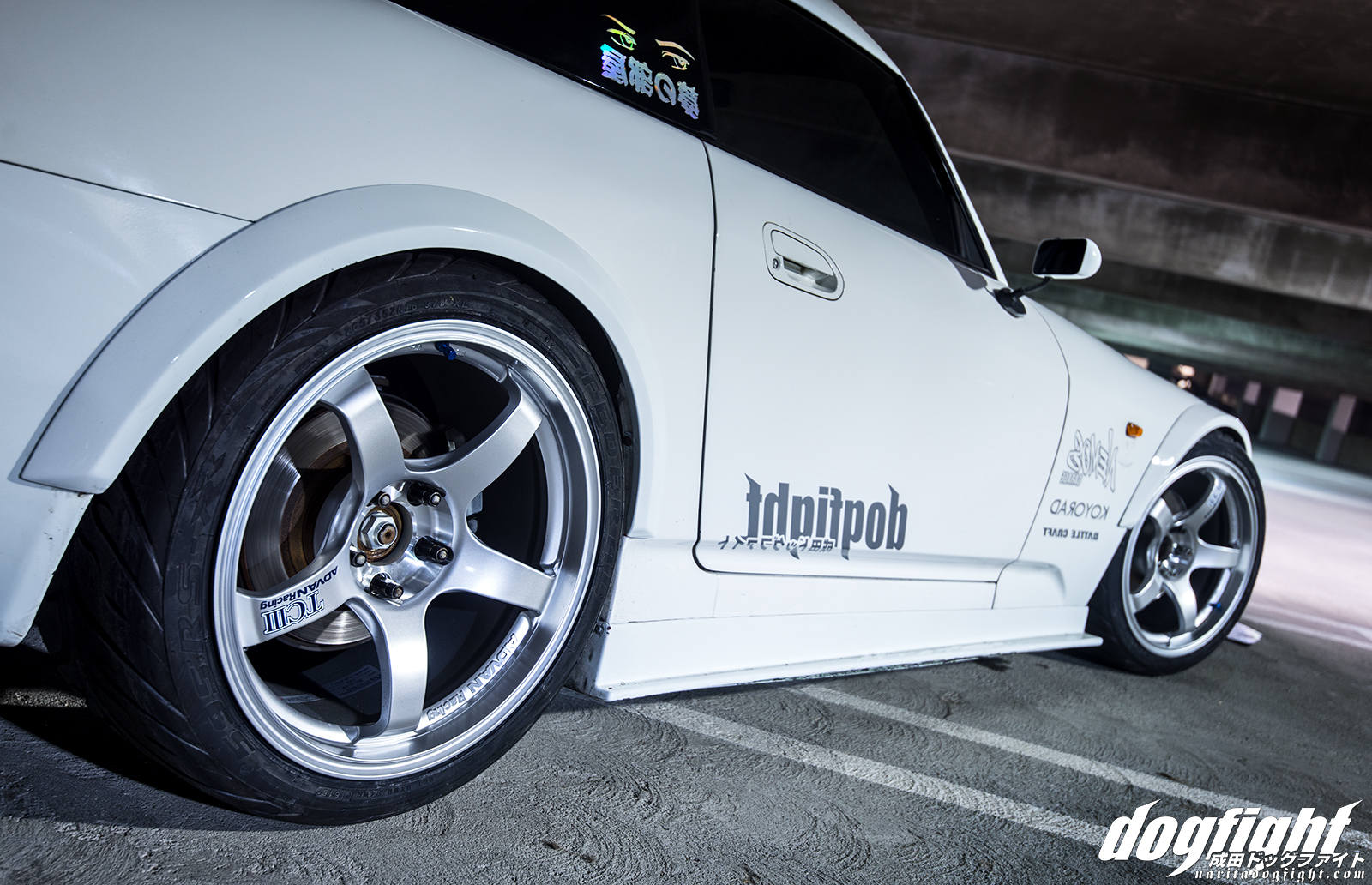 Several issues with the supercharger setup haven’t allowed him to put down a competitive time with the new setup yet.  Furthermore, he’s thinking of ditching the setup altogether for a turbo alternative, perhaps even on a new chassis. 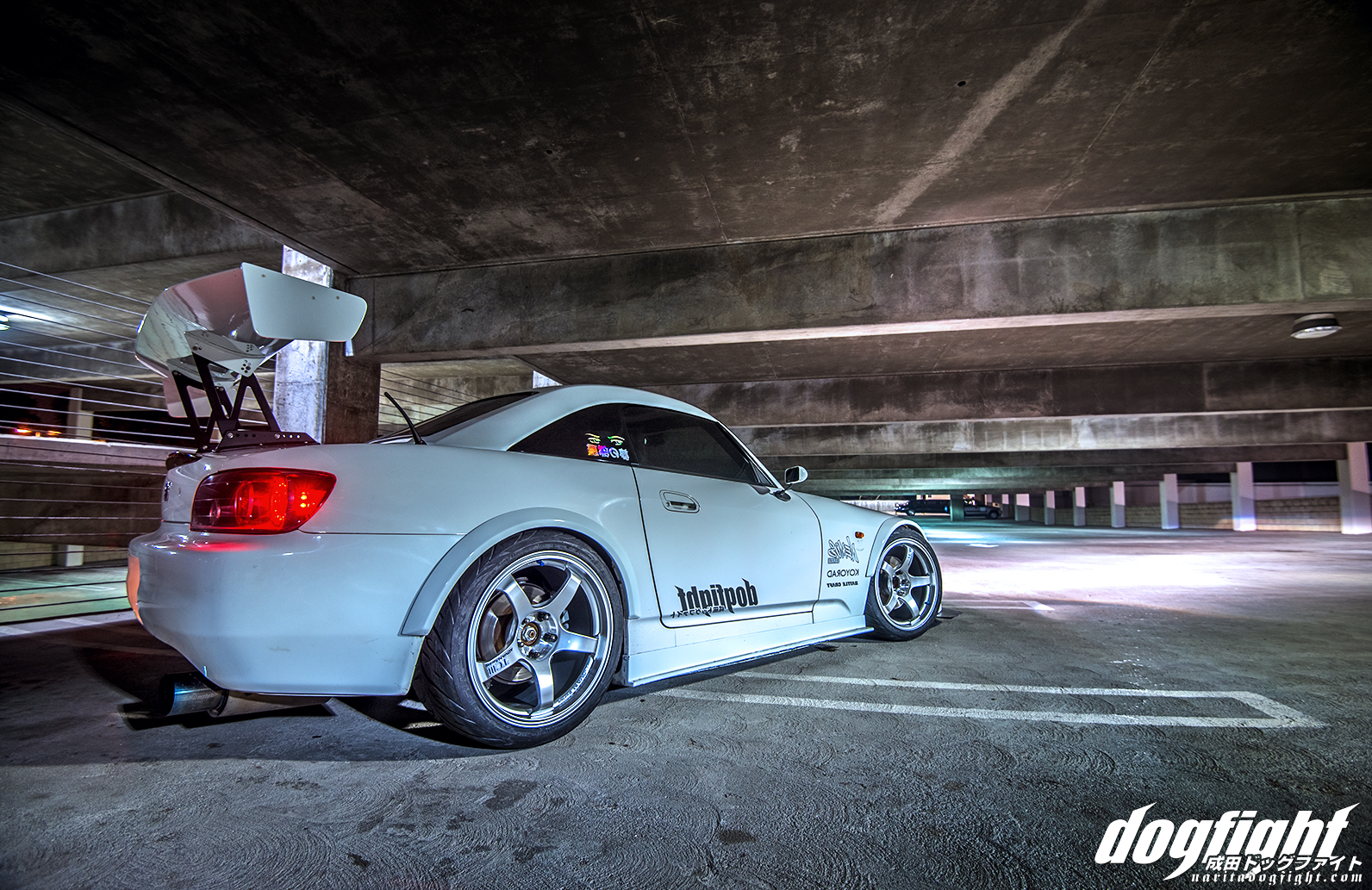 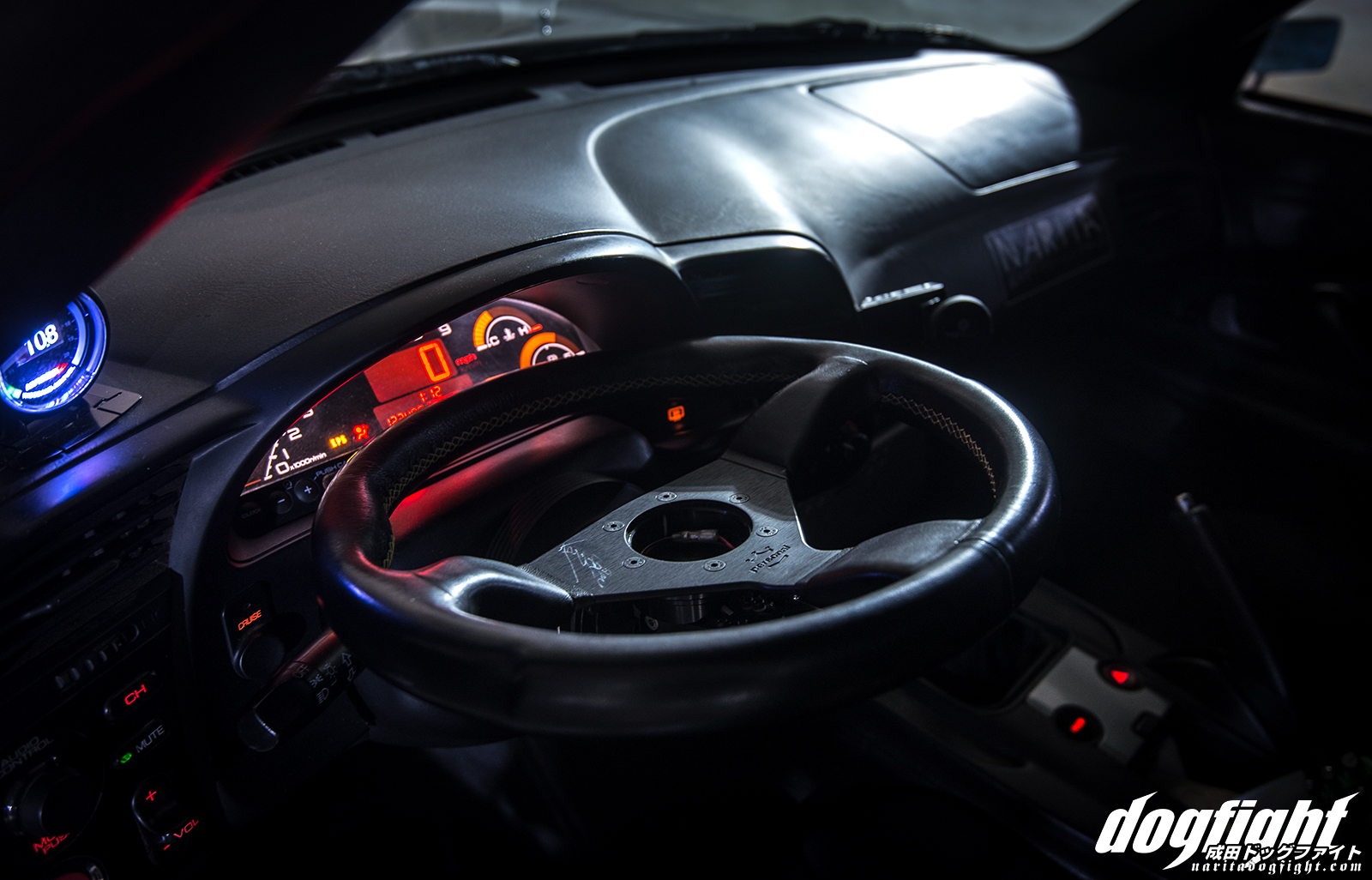 The interior of the car remains relatively street oriented, with a couple choice modifications.  A Tanabe Wideband gauge allows him to monitor A/F ratio on his way to work, and a Works Bell Tilt-hub allows him to move the Personal wheel (signed by N.O.B. – cool points) to physically get out of the car quickly; I mean, come on, he’s got lives to save! 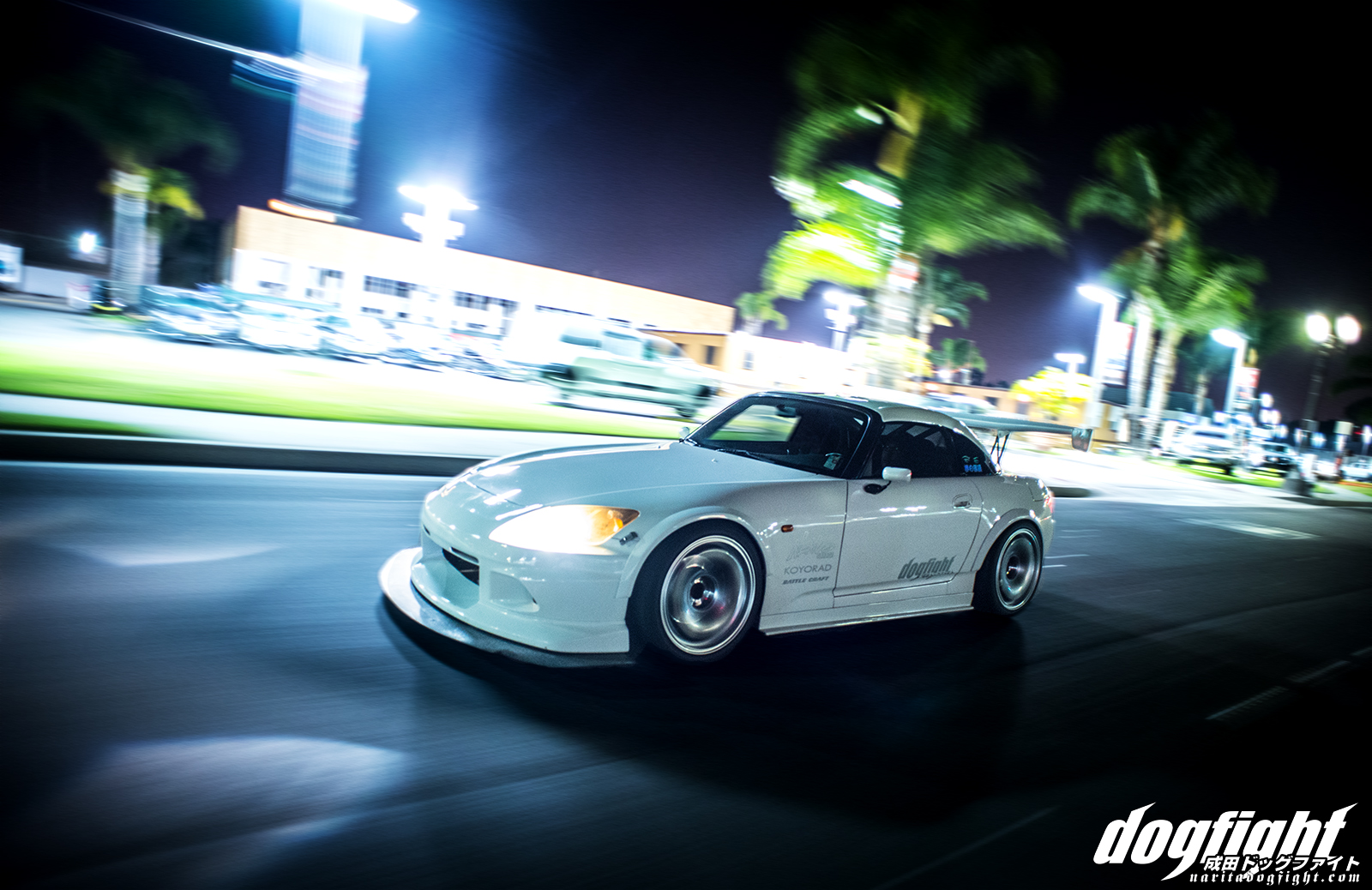 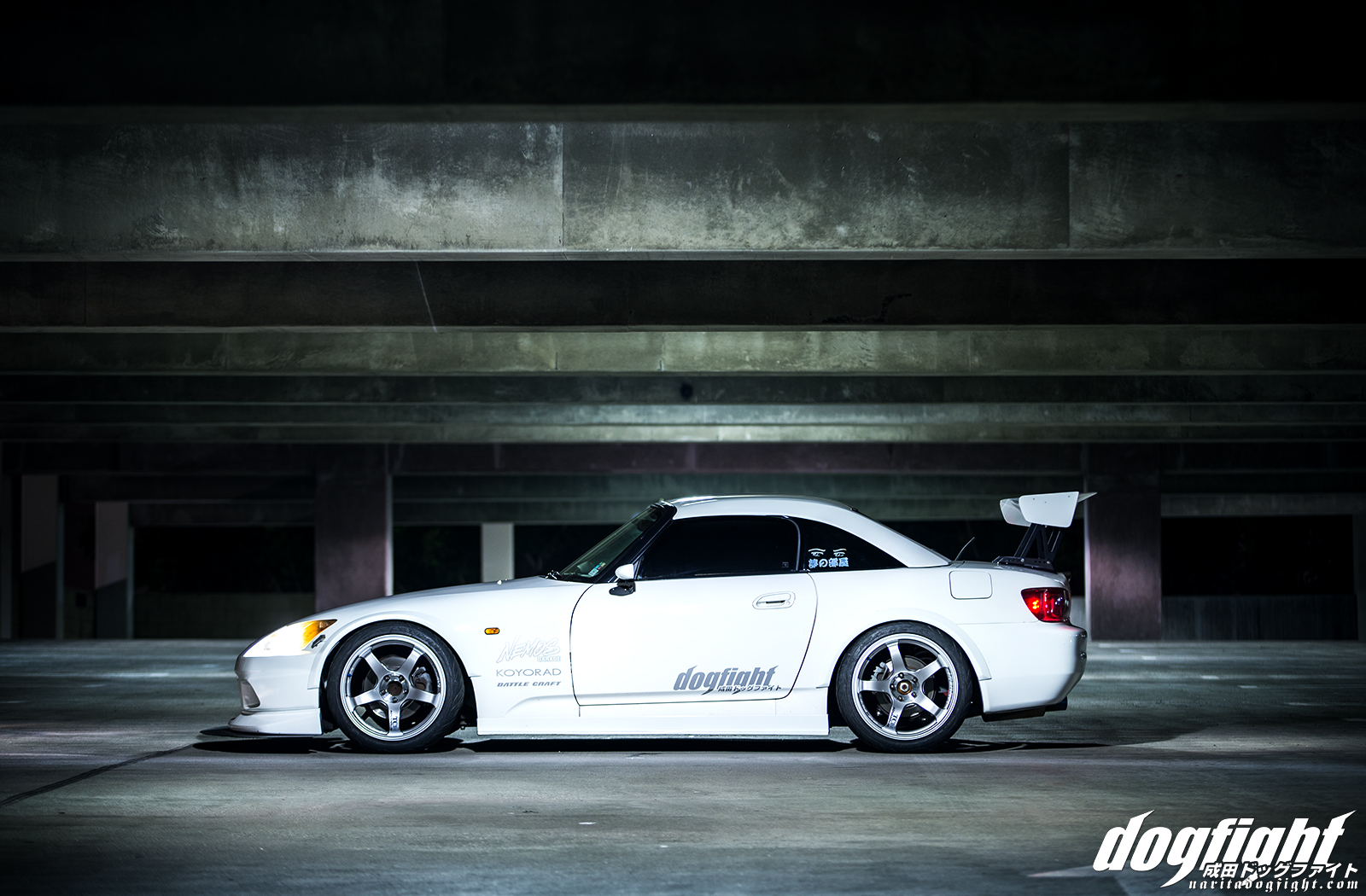 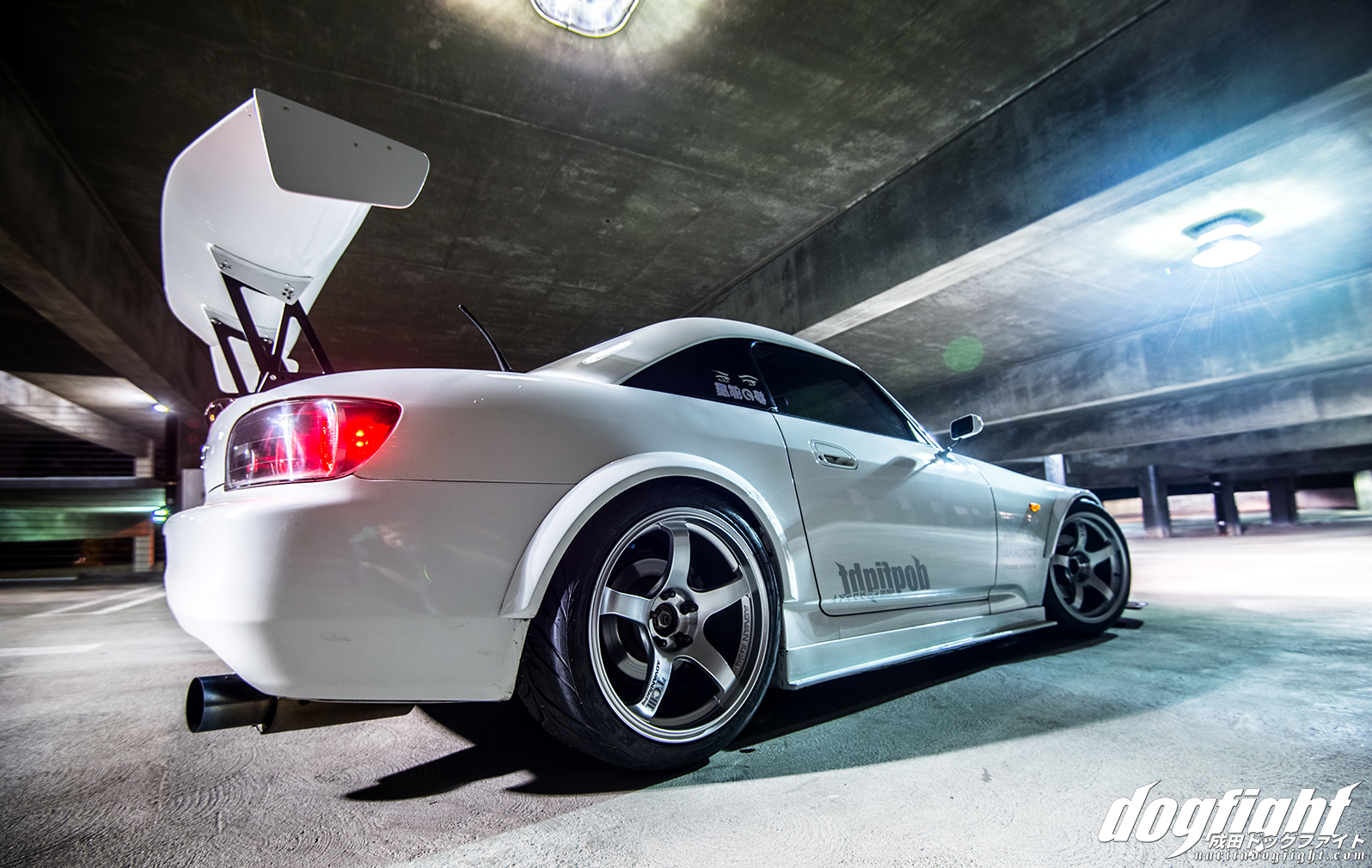 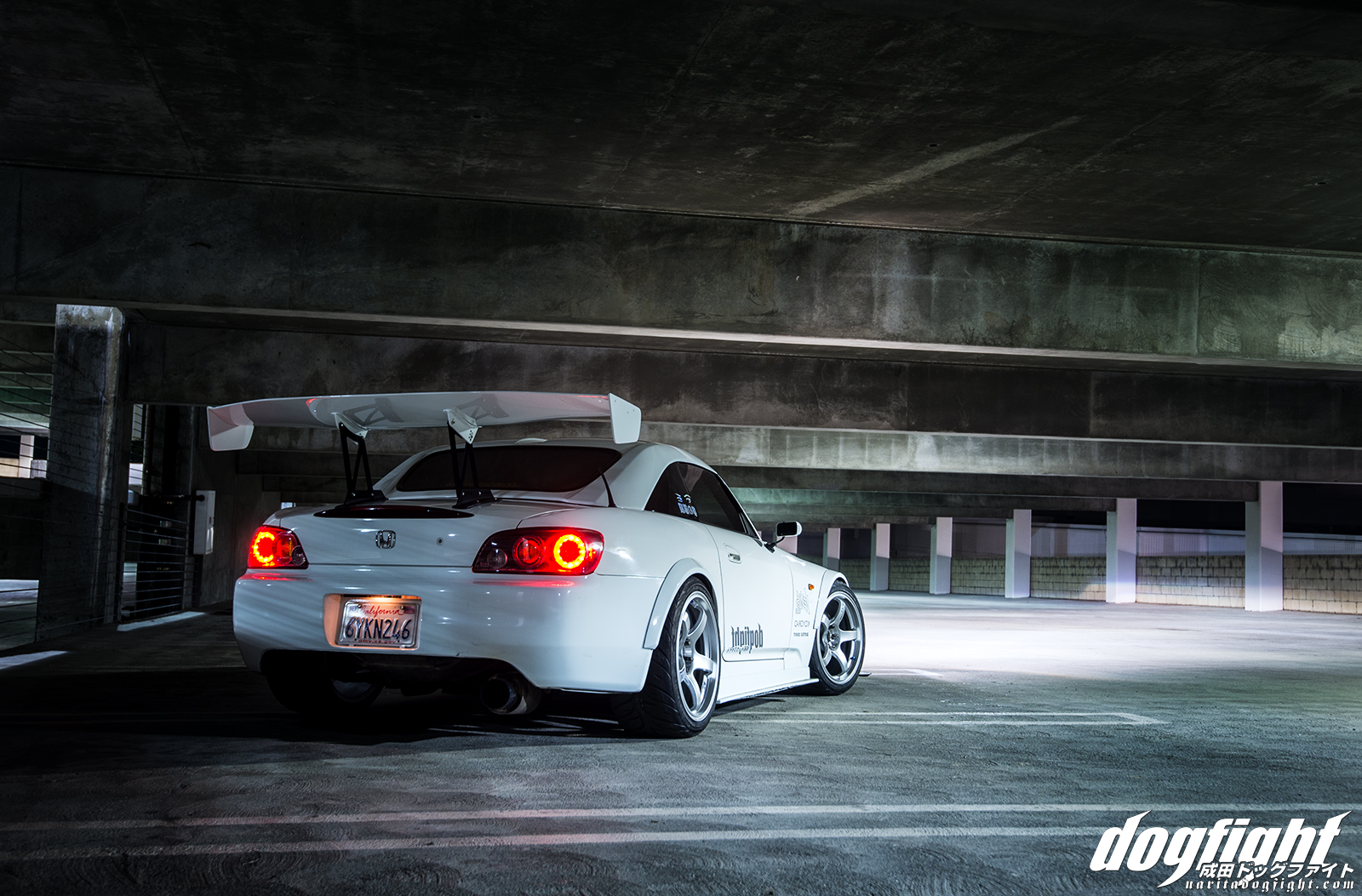 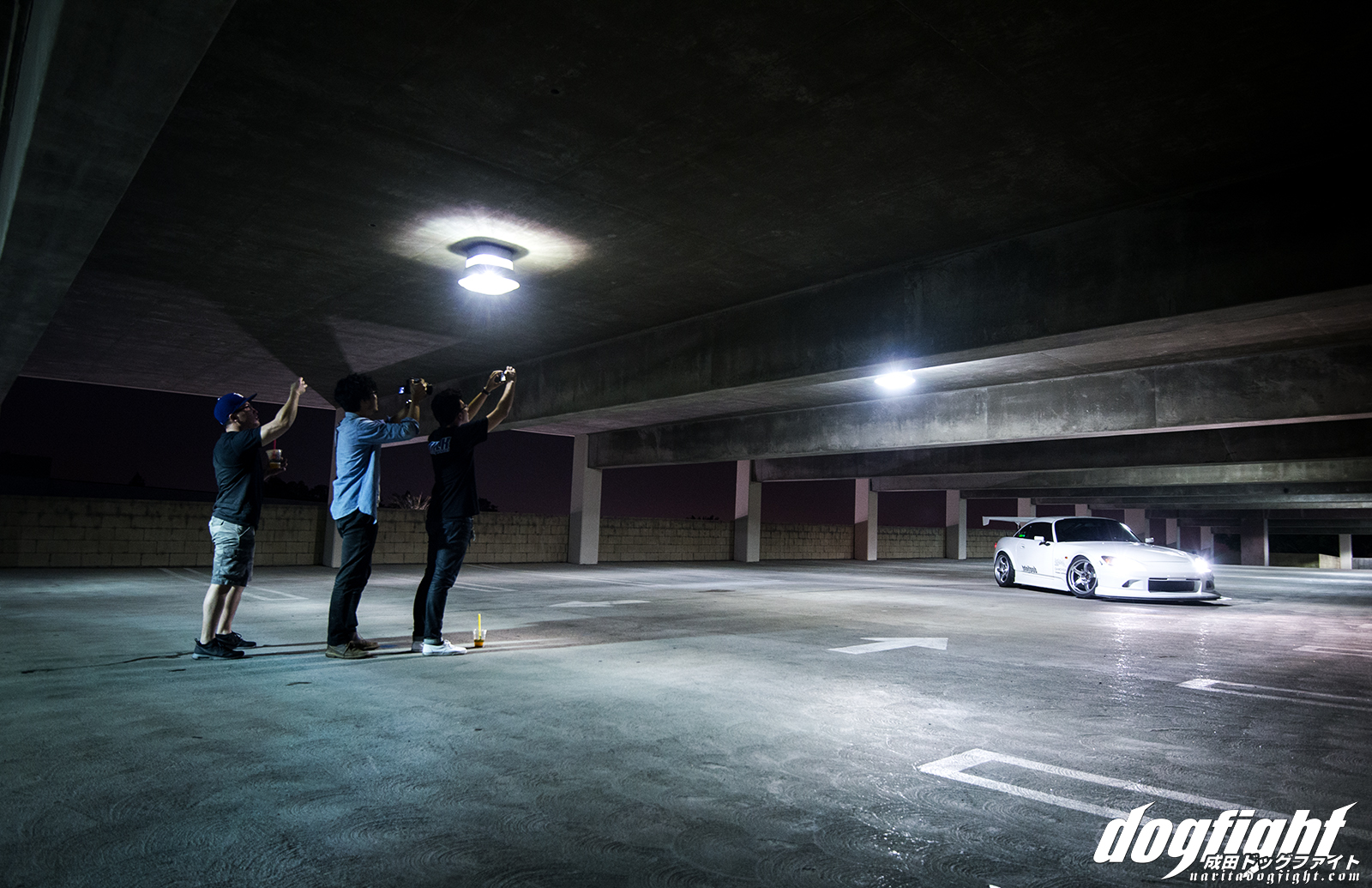 Whatever Justin decides to do, whether it be pursuing the continuation of this chassis, or transferring some choice parts over to a new s2000 we’ll be there to support him.  See everyone on the track soon!