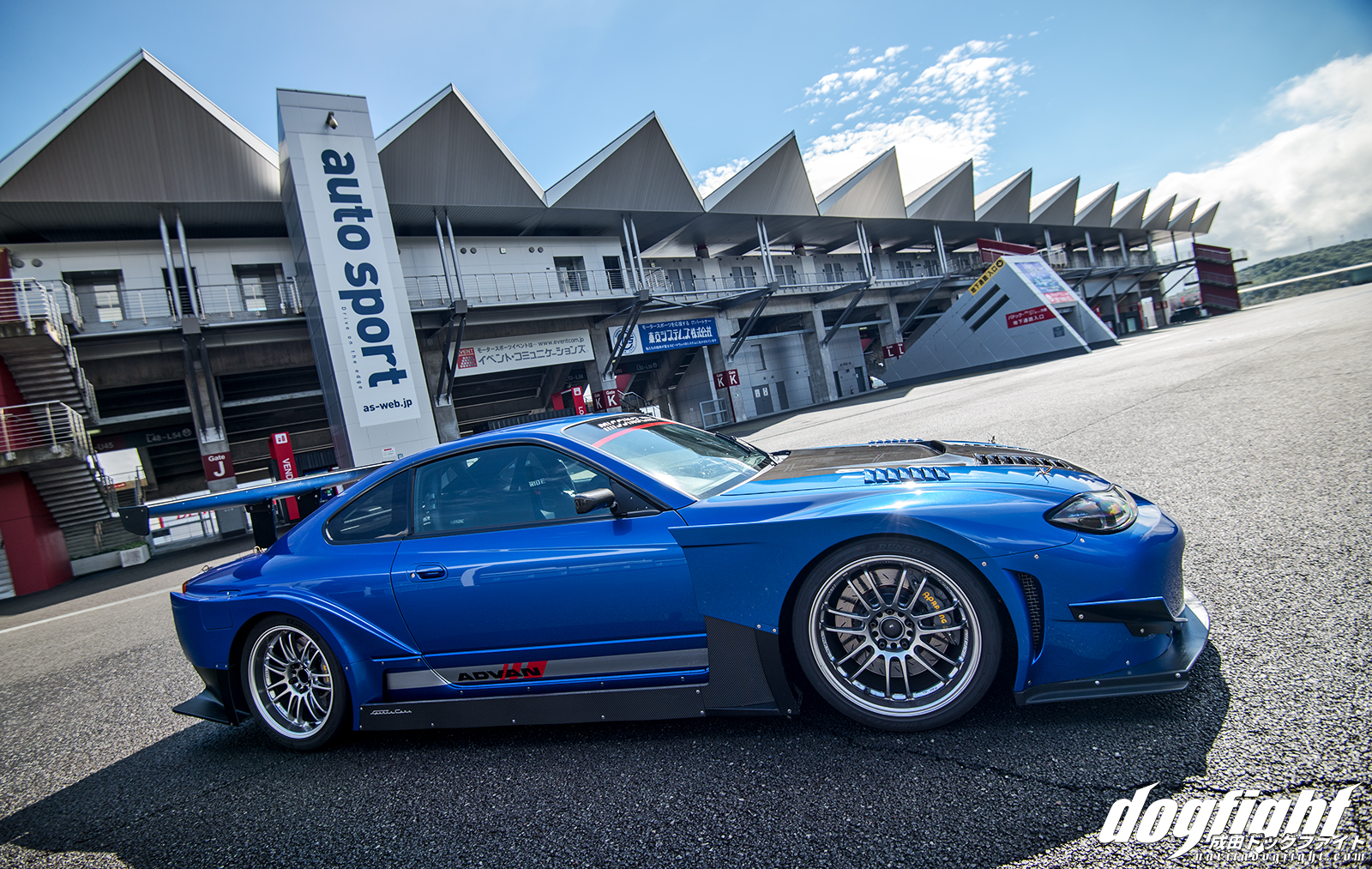 Finding originality among the masses these days seems almost like a lost cause; difficult to say the least.  It seems we’ve fallen into an echo-chamber, driven by internet popularity, that promotes the trendy favorable over imagination.  Very few choose to forge their own path of innovation and ingenuity, and it’s left us with more ‘inspired by’ designs than one should have to endure.  This sheep-like quality is absent in Mr. Jun Tanaka, however, and the S15 that he’s created is unlike any other.

It’s been almost 15 years since Nissan last commissioned their Silvia chassis to compete in any sanctioned racing series.  2002 saw the end to the S15’s run in the JGTC series in Japan; giving way to new platforms like the GTR and Z33/34.  The Team Daishin, and Hasemi Motorsport race teams each claimed one victory in their final seasons.  Their lackluster success had no bearing on the fans love of the platform, however, and seeing the S15 battle alongside the Toyota MR-S, the iconic Vemac RD320R and Porsche 996 GT300 cars forever solidified it’s capabilities as a mid-size, FR competitor on track.

The series helped spike sales of the Silvia to motor sport enthusiasts who wanted a practical car to get to and from work, but still be able to push the limits of their driving on circuit.  Jun purchased his Silvia with this in mind, and for a good while after his purchased, he enjoyed the car on track many times.  Working to hone his driving skills in the same car, at the same track, that the GT rendition once raced on.  It wasn’t before long that he wanted more though, and he turned to trusted friend, Watanabe-san of Lightning Strikes for assistance.  Based in Fuji City, Shizuoka, Lightning is a quirky, one stop shop specializing in Nissan’s Silvia platform.  From full engine overhauls, maintenance, and custom body work; you need not look elsewhere.  For Jun, his S15 was more than just a car; it was an extension of the same GT300 machine that, at the time, 8 years prior raced alongside some of Japan’s greatest drivers.  He decided he wanted to emulate the look of C-West’s iconic aero kit on the old GT300 S15s, but more of an adaptation to what the GT300 S15 would look like at today’s standards.  It was this thought that led Jun to a path that would take years of hard work, and would leave him with an unequivocally unique car. 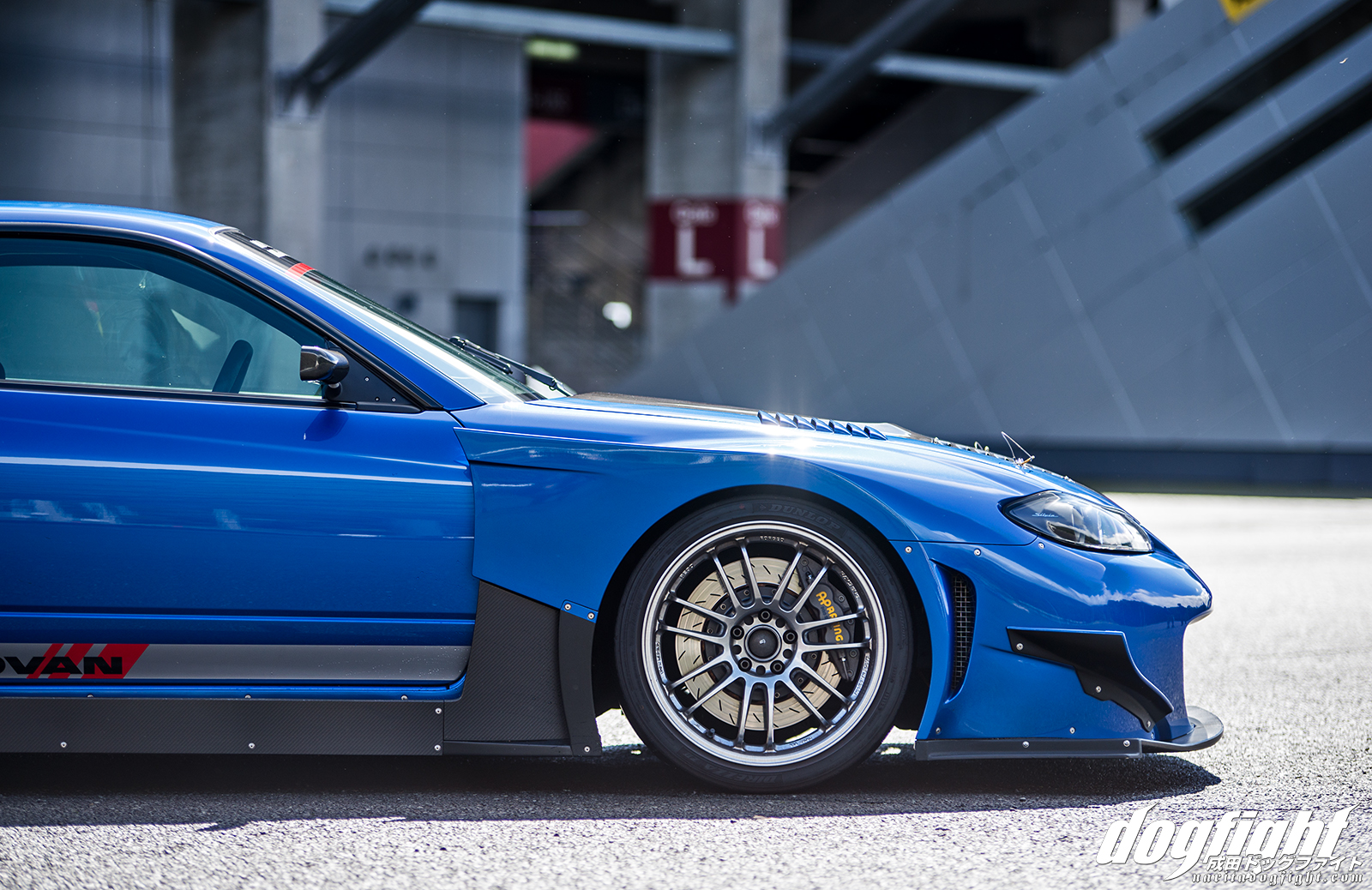 Watanabe of Lightning employed the help of an old friend at Sports Cars Co. Limited; a shop that at one point was contracted to do work with many JGTC cars.  Mr. Ohashi took the idea and ran with it, outlining several designs for a modern GT Silvia.  The requests were quite simple: the body kit needed to be within spec for a street-registered car in Japan.  It was this requirement that was the most restricting, and actually, in a good way set the parameters for the final kit.  It needed to be functional, and above all, it had to reflect Jun’s original idea for a modern GT300 Silvia. 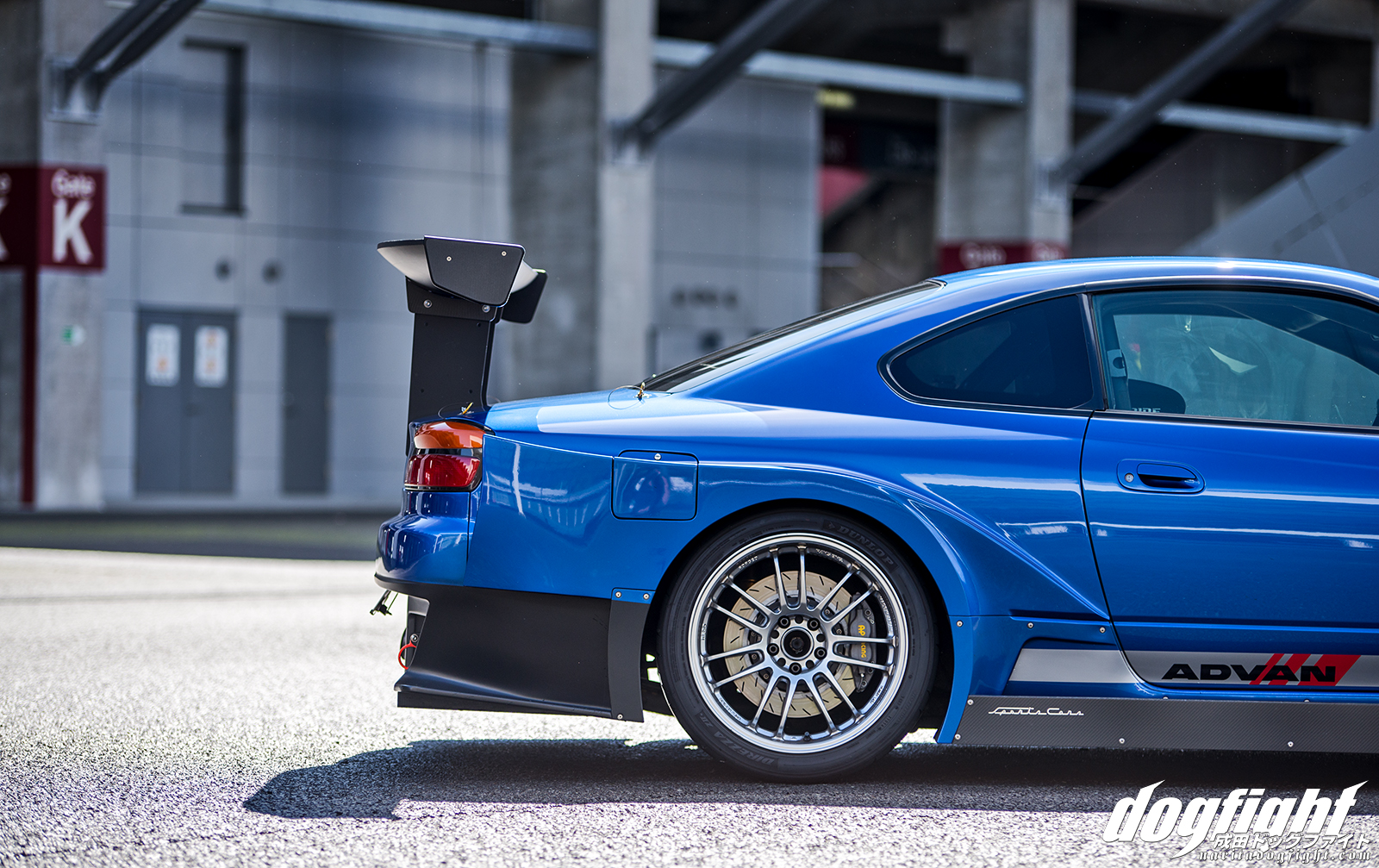 A chassis mounted rear wing was in order, as a GT Wing would never pass inspection in Japan, and the ease of taking out the wing stands for registration were a must.  From a functional standpoint, the chassis mount allows the car to take full advantage of all downforce created by the wing. 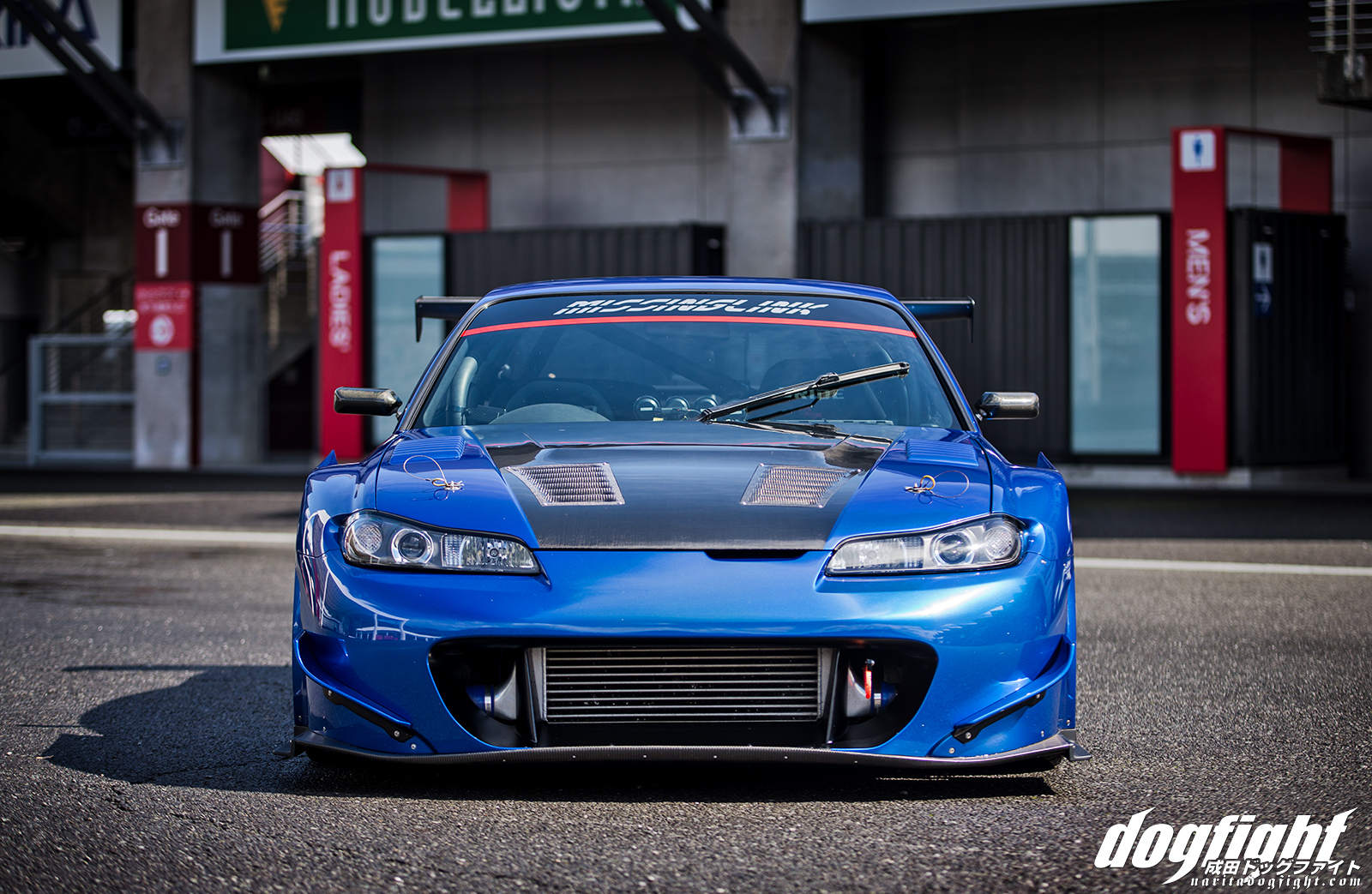 The front bumper, while fluid in appearance, is home to the deceivingly large front splitter; a piece that provides the majority of the front-end downforce.  The wide mouth opening gives oncoming air a direct path to the intercooler and radiator.  A custom carbon hood reduces weight and vents heat from the engine bay. 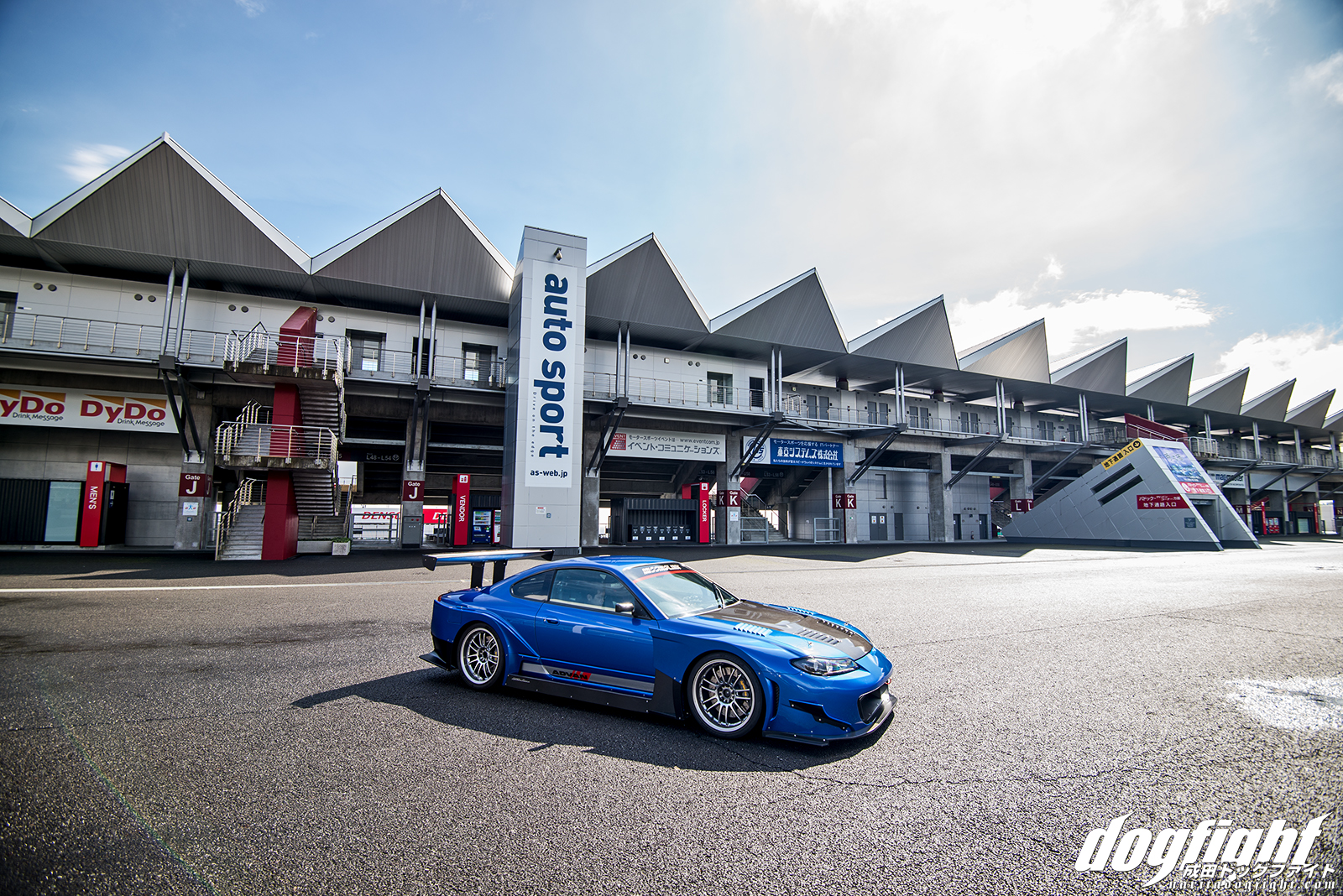 The widened front fenders increase the car width by 50mm on each side, and provide air with a less turbulent path across the car.  The whole kit comes together to seamlessly create a one-off creation, unmatched in both appearance and function. 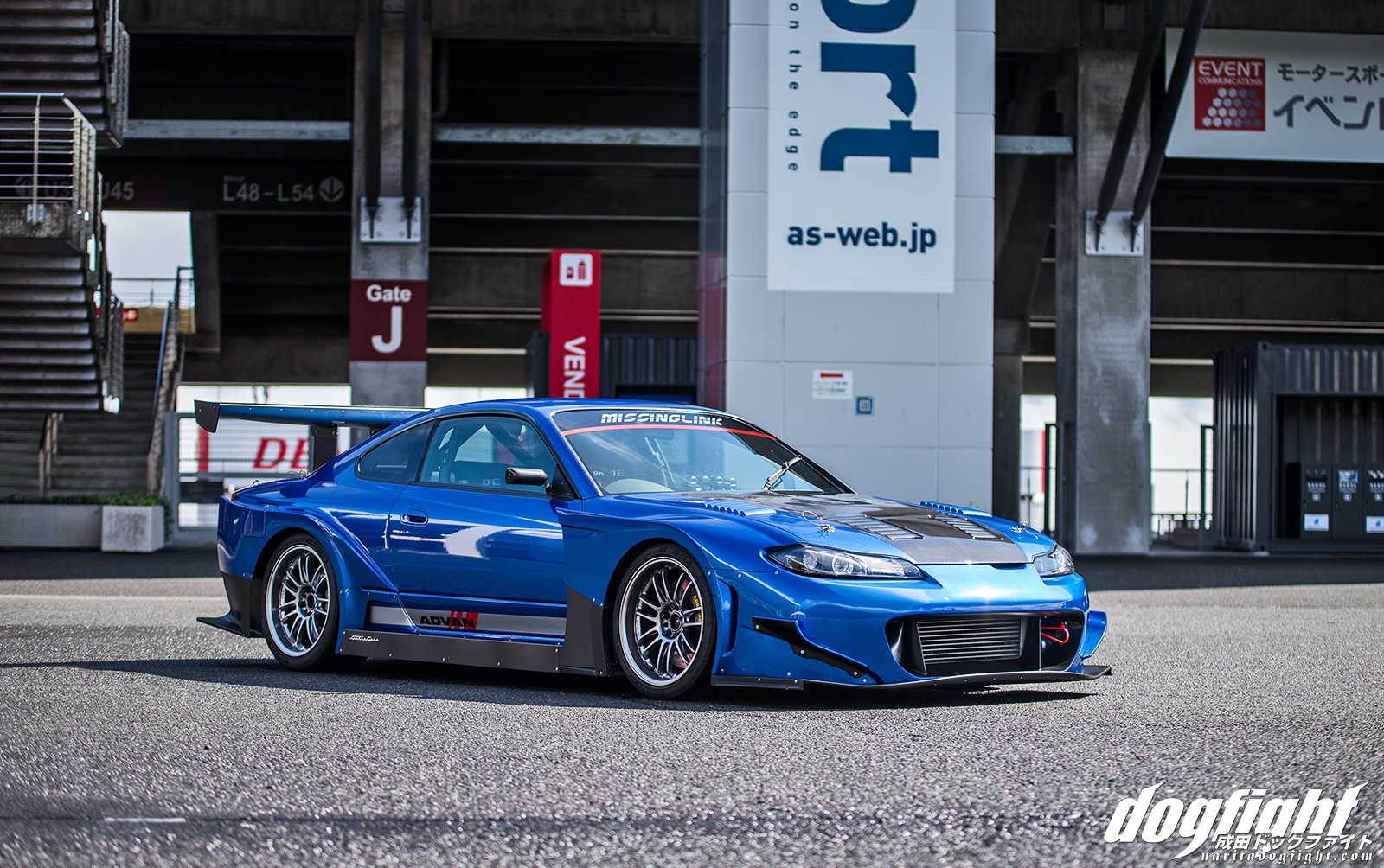 Taking a step back to view the car as a whole, you really get a sense of the amount of work that went into the completion of the car. 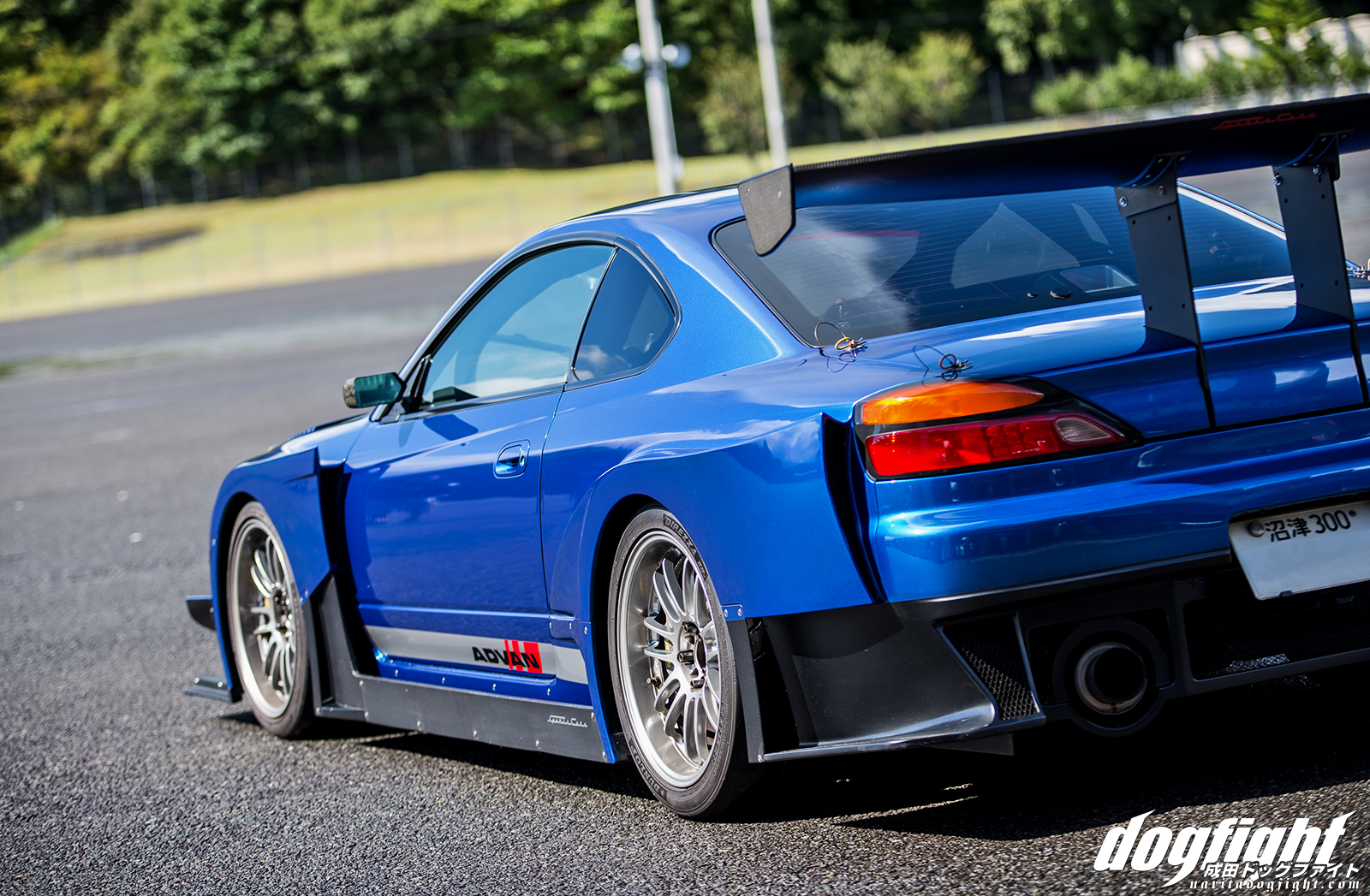 The rear bumper has an integrated diffuser that incorporates both the exhaust as well as the rear fender. 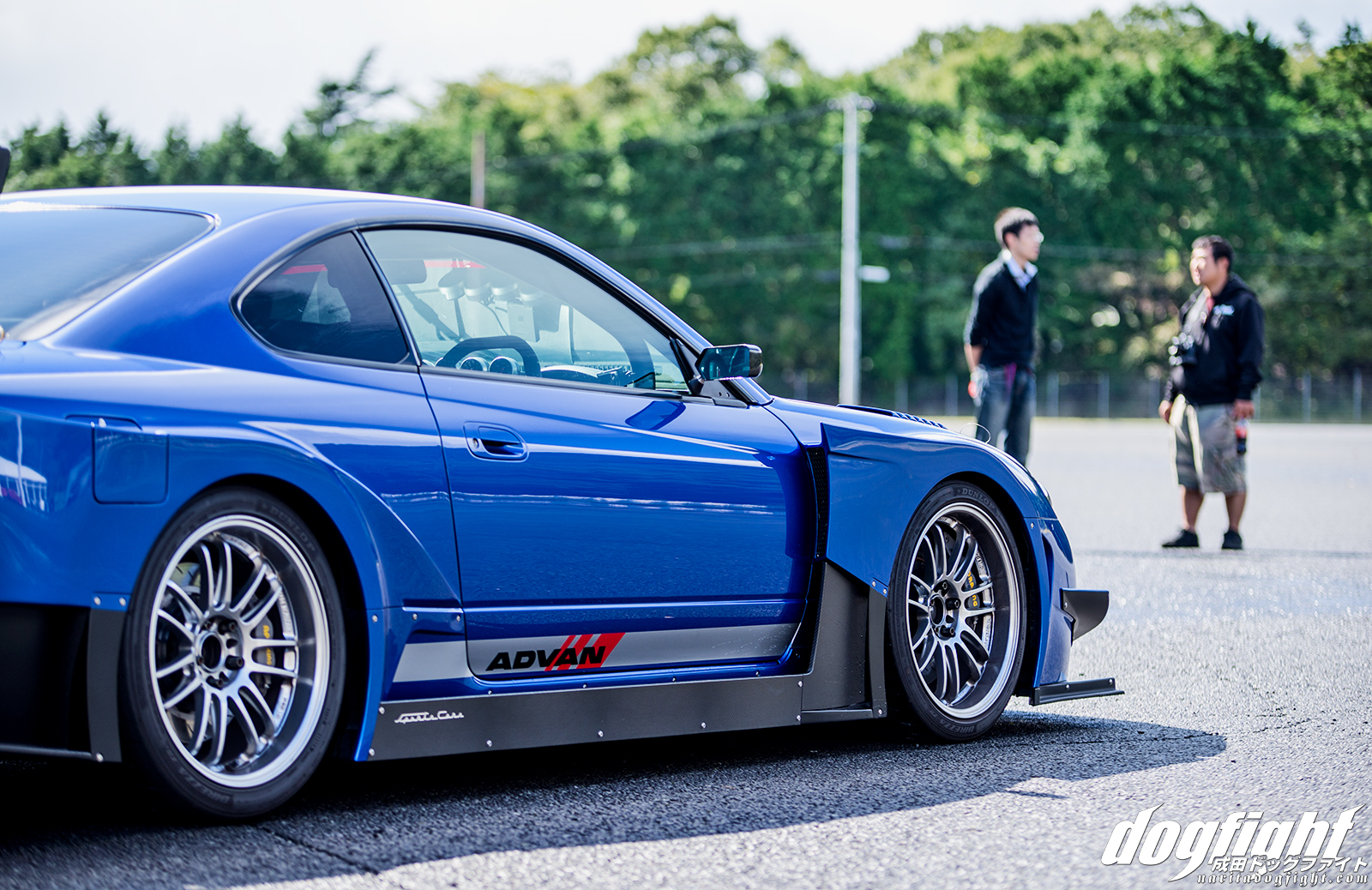 The side skirts help prevent air from flowing underneath the car and encouraging lift.  Plus they look really, really cool. 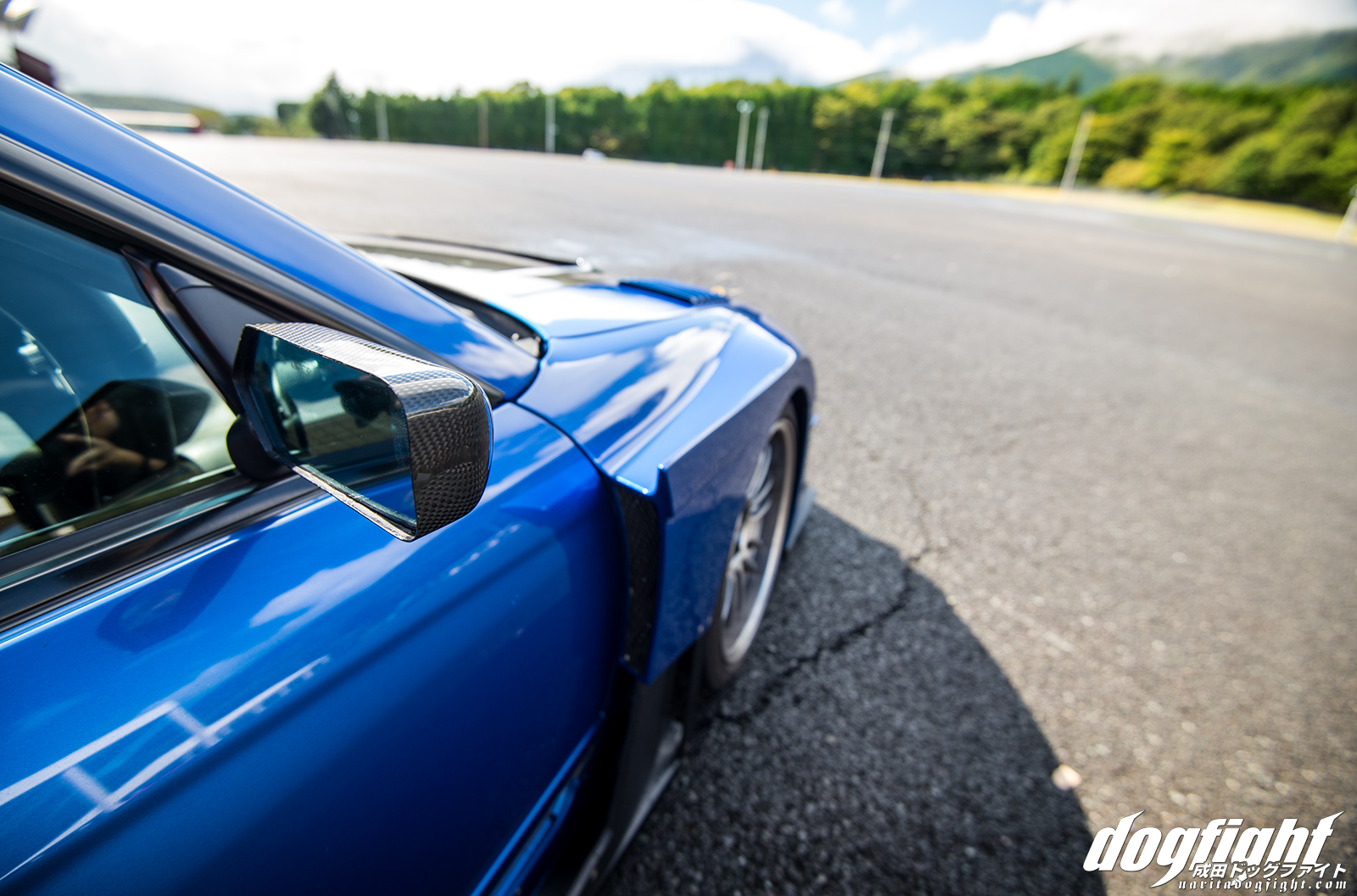 Craft Square mirrors are the perfect match for the GT inspired body panels. 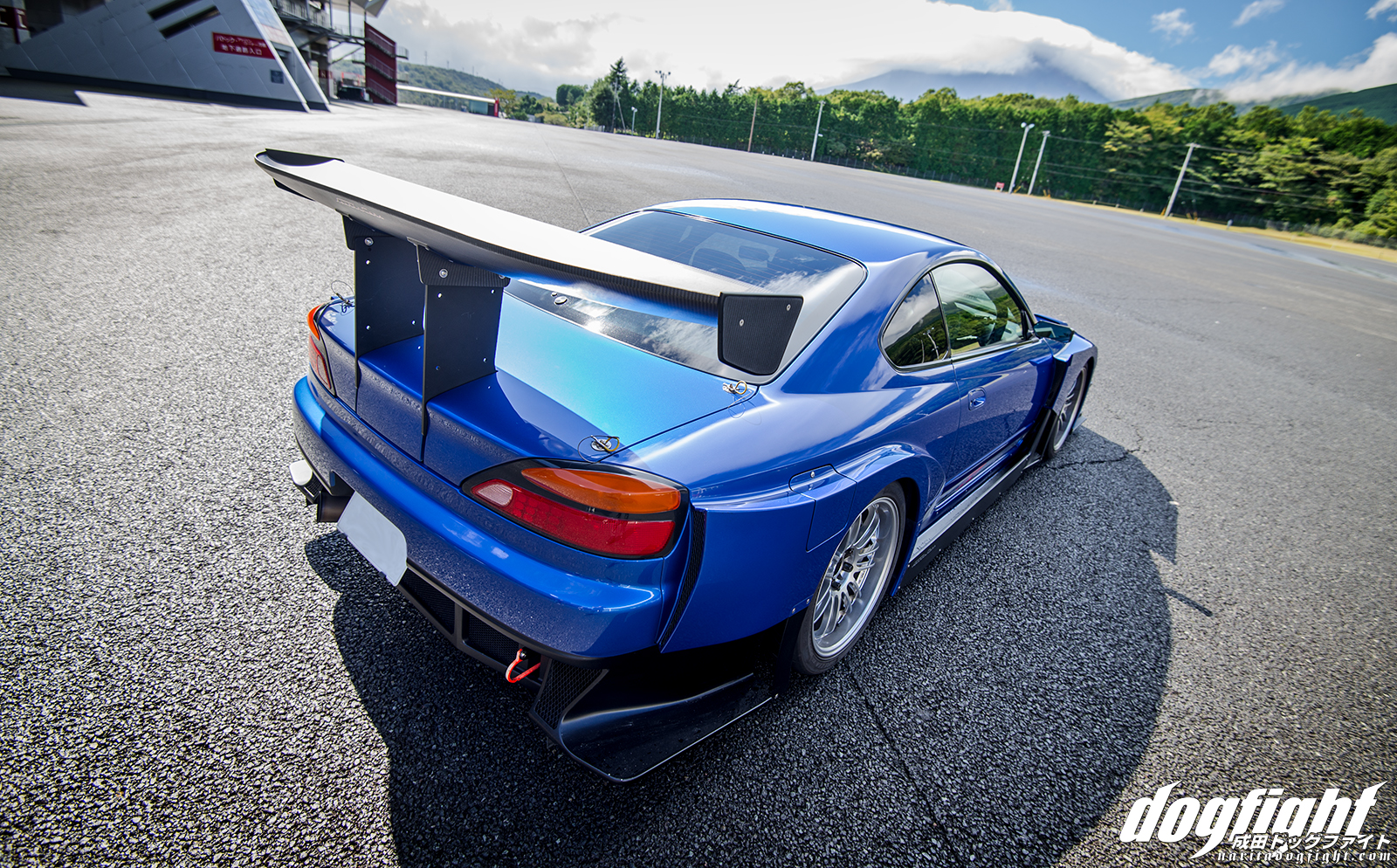 The wing is a custom element that is a direct replica of the GTR GT500 wing; some serious downforce. 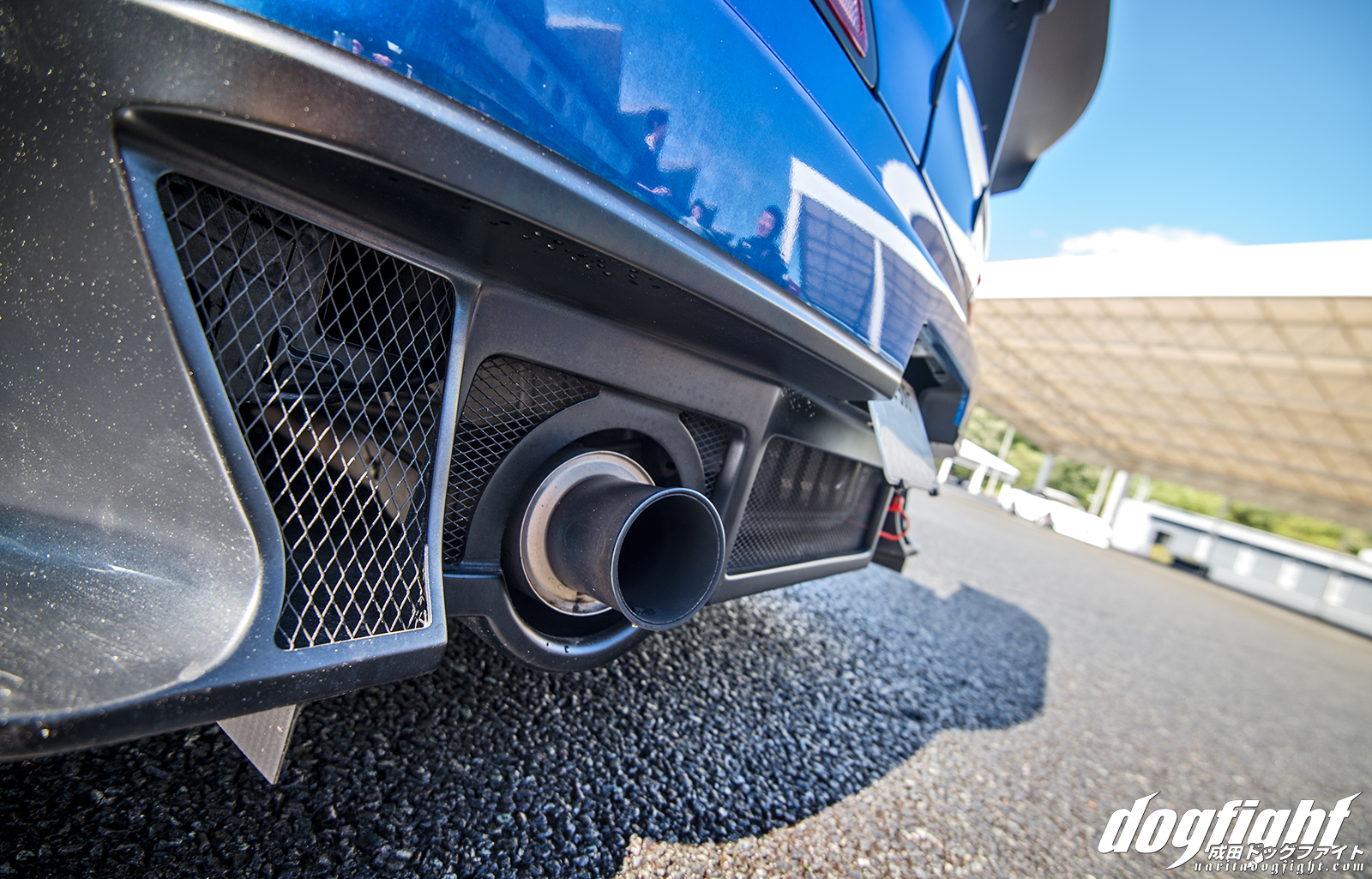 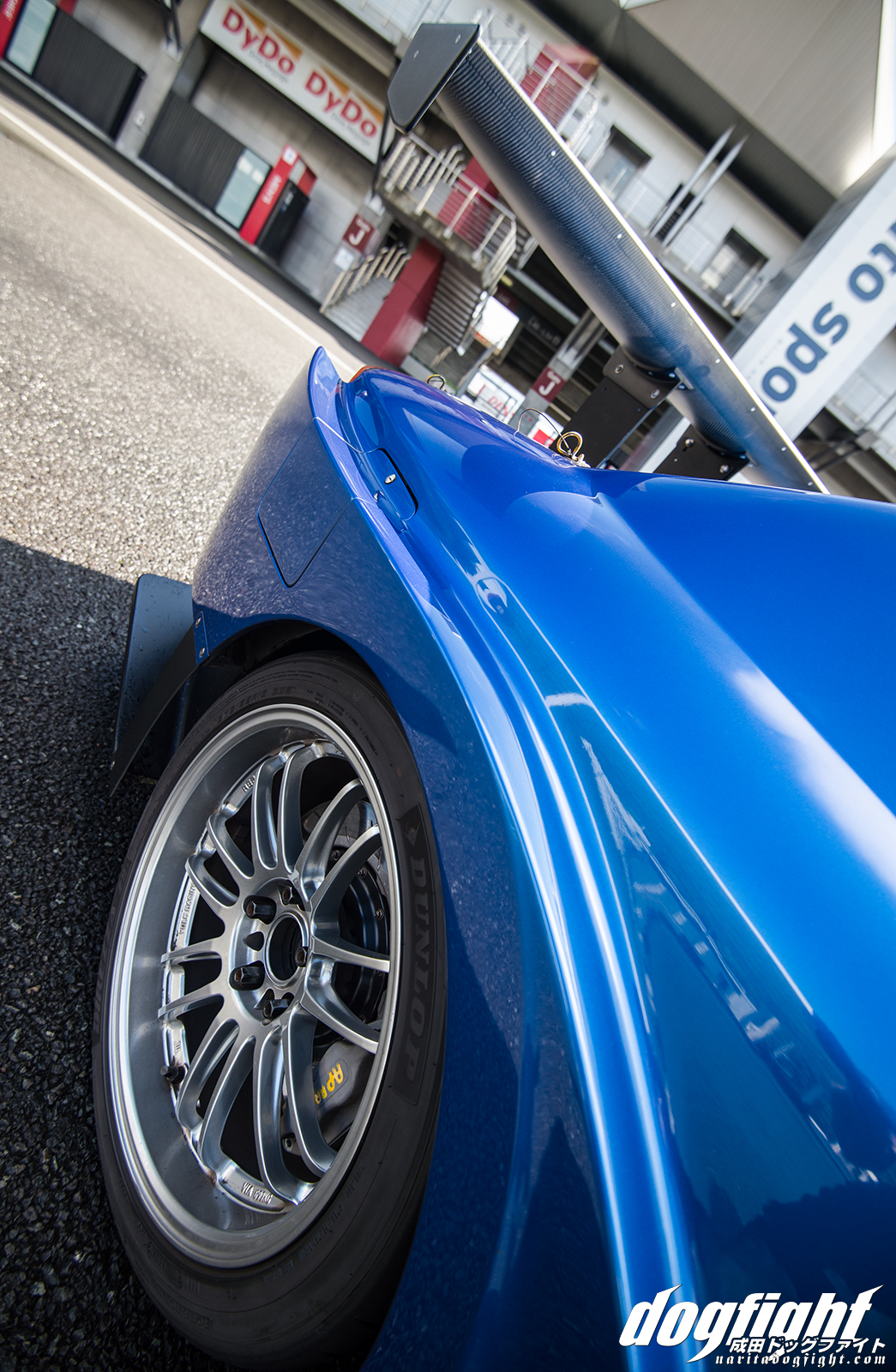 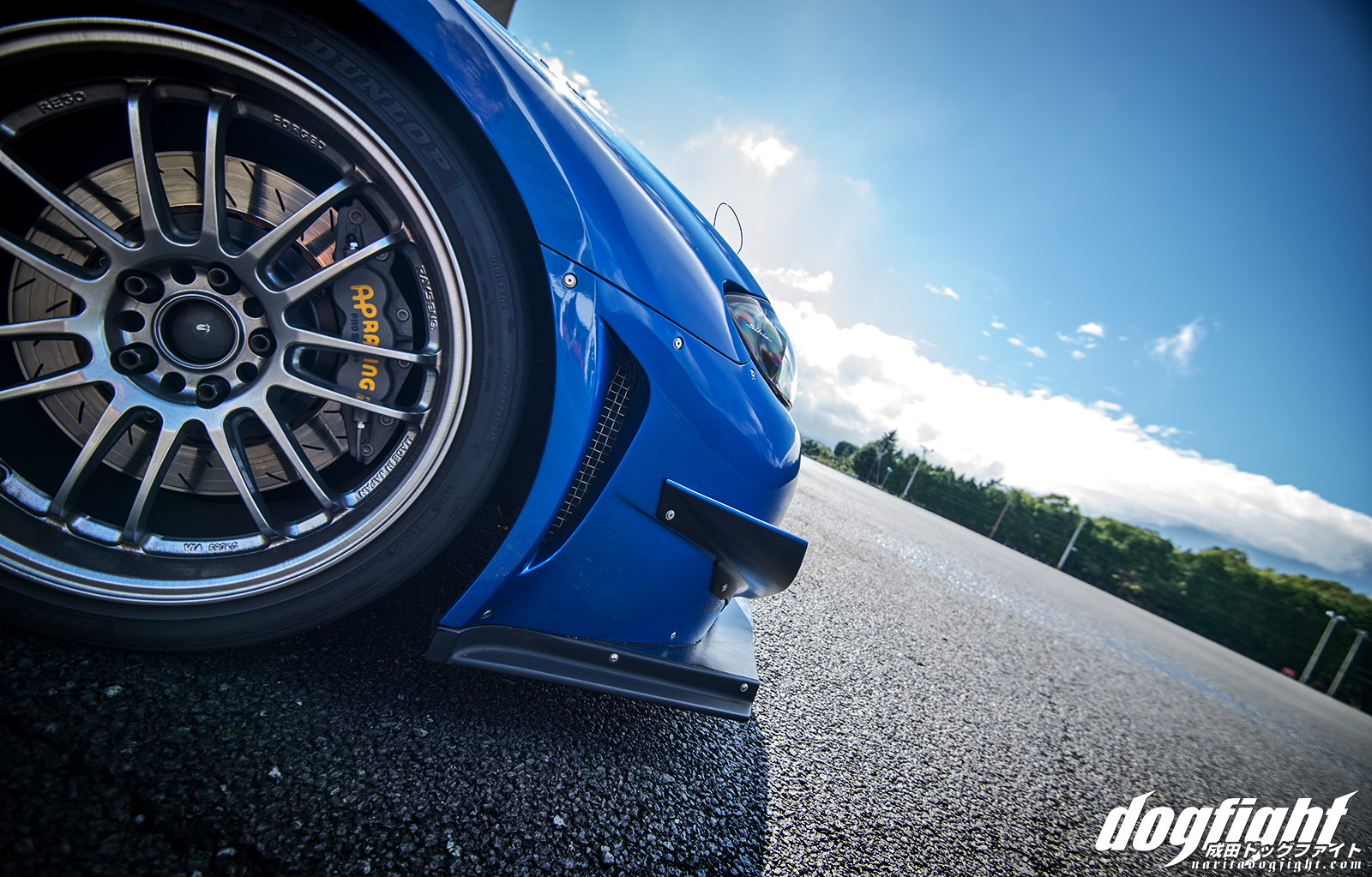 The details in each of the body panels, the tightness of fit, it’s all a testament to the incredible work done by Watanabe and Ohashi; craftsmanship at it’s finest. 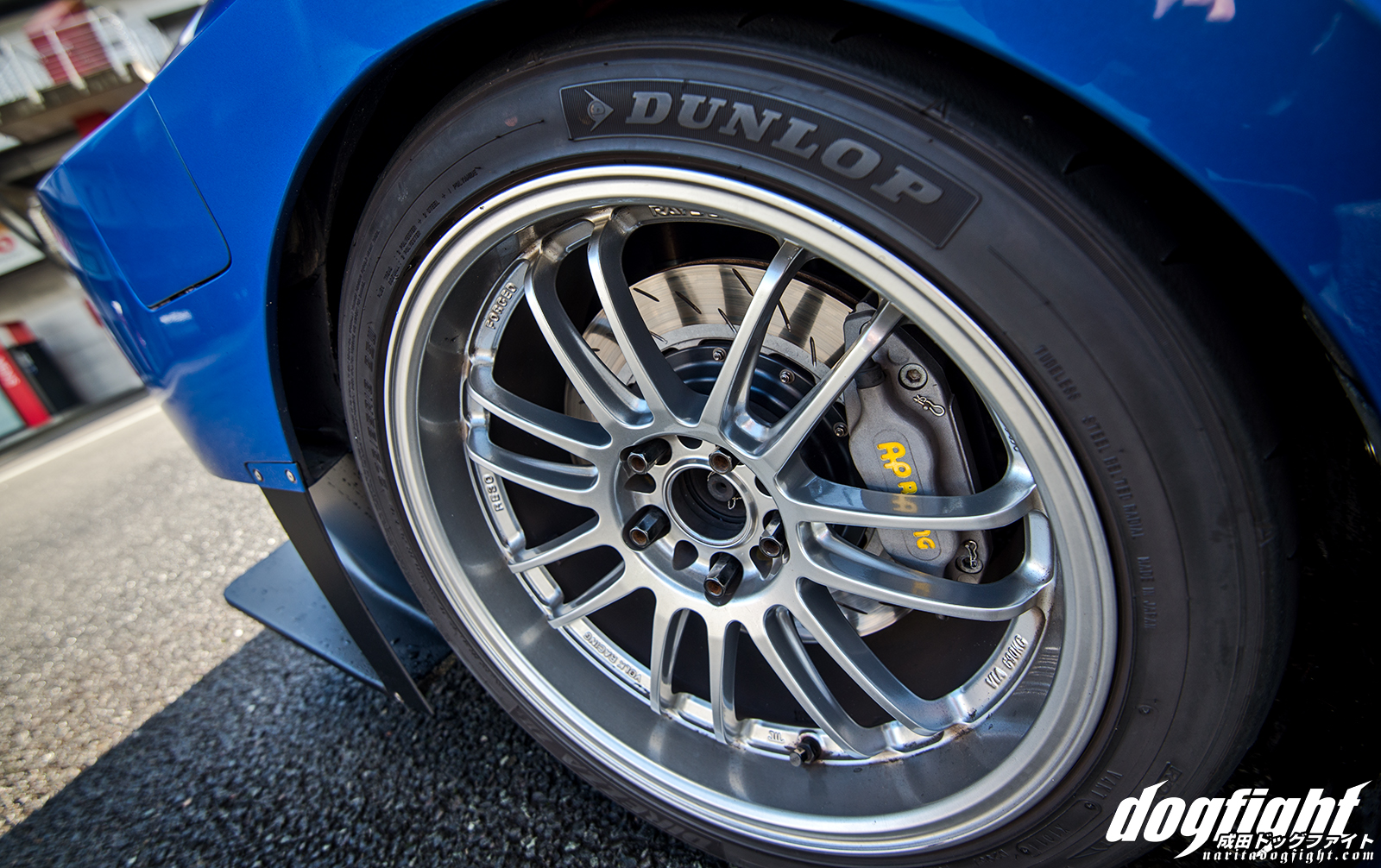 The widened fenders easily house the 18″ Volk RE30’s, that mask the upgraded AP Racing big brake kit at all four corners.  When you hear just how intense the motor that powers this car is, you’ll understand why the 6 and 4 pot brakes are needed.  Custom valved Aragosta coilovers set the car at a perfect ride height, and are more than enough to handle the dampening around Fuji Speedway; Jun’s home course. 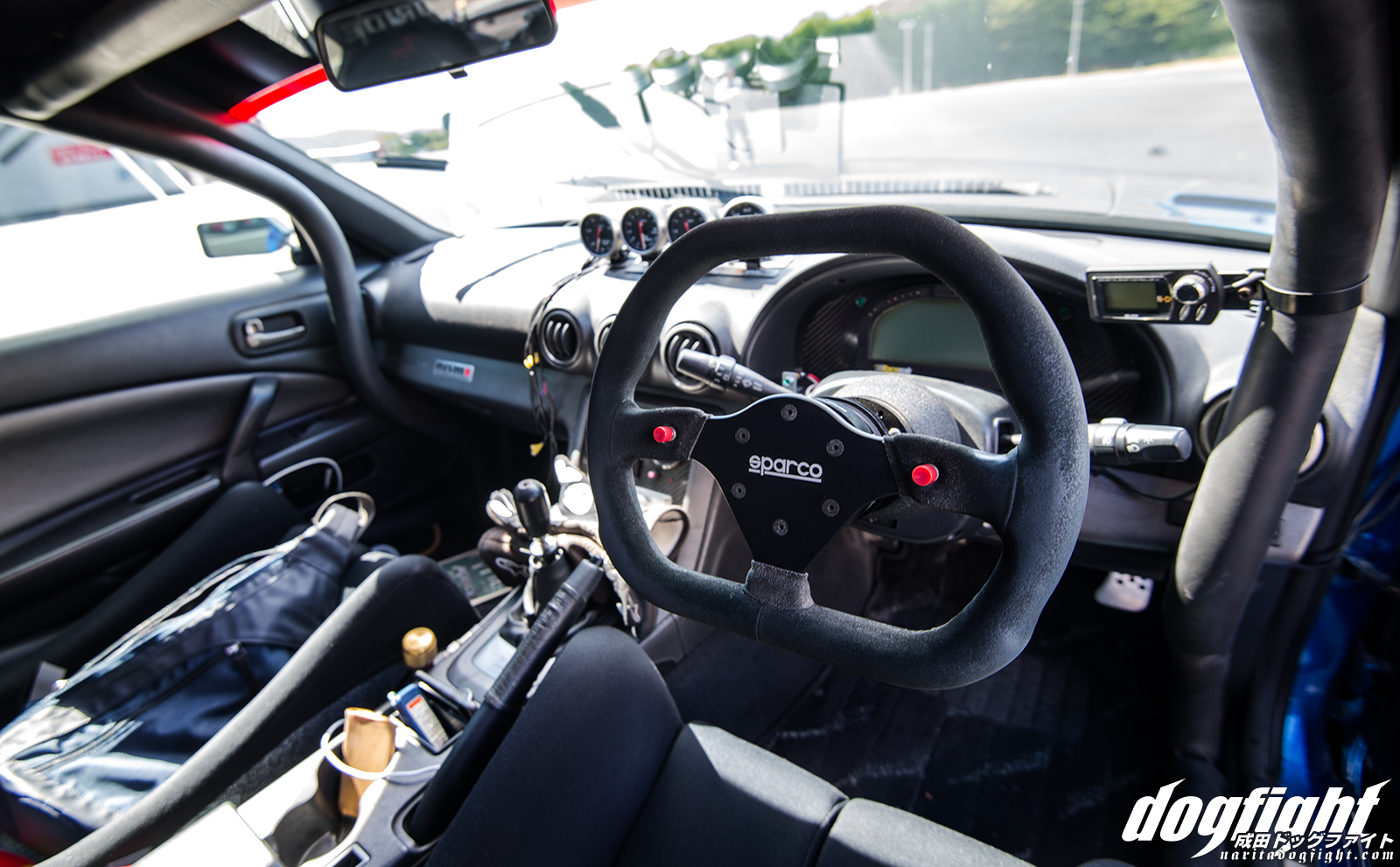 Jun’s compromised on the interior with a mix of race and street.  Comfort wasn’t sacrificed when turning to the office with the pair of BRIDE Low Max seats; with full head protection for the driver.  A Racepak takes the place of the OE cluster, and a plethora of gauges assist with delivering information on the dash.  A suede Sparco steering wheel provides the feel and feedback while on track. 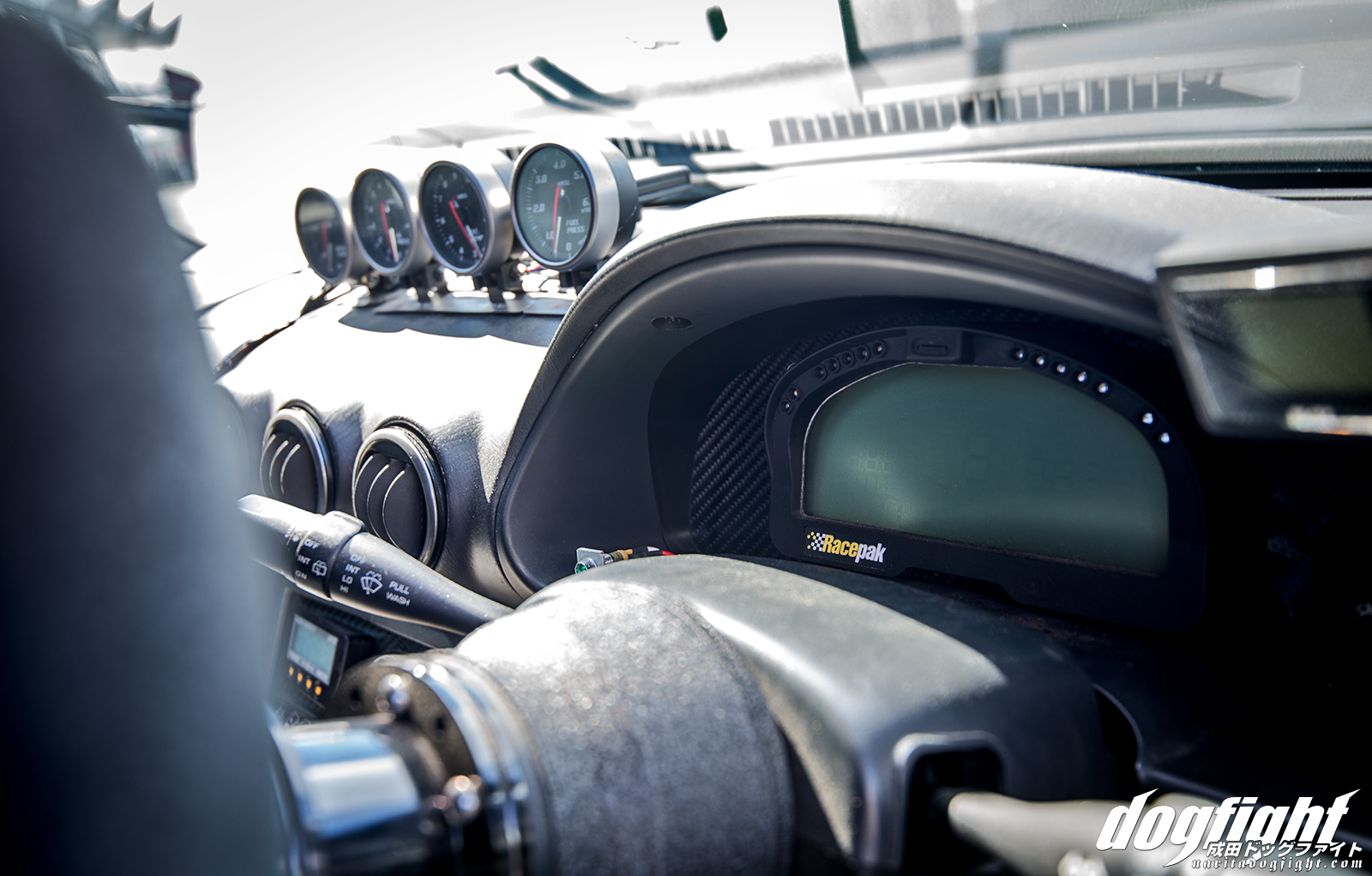 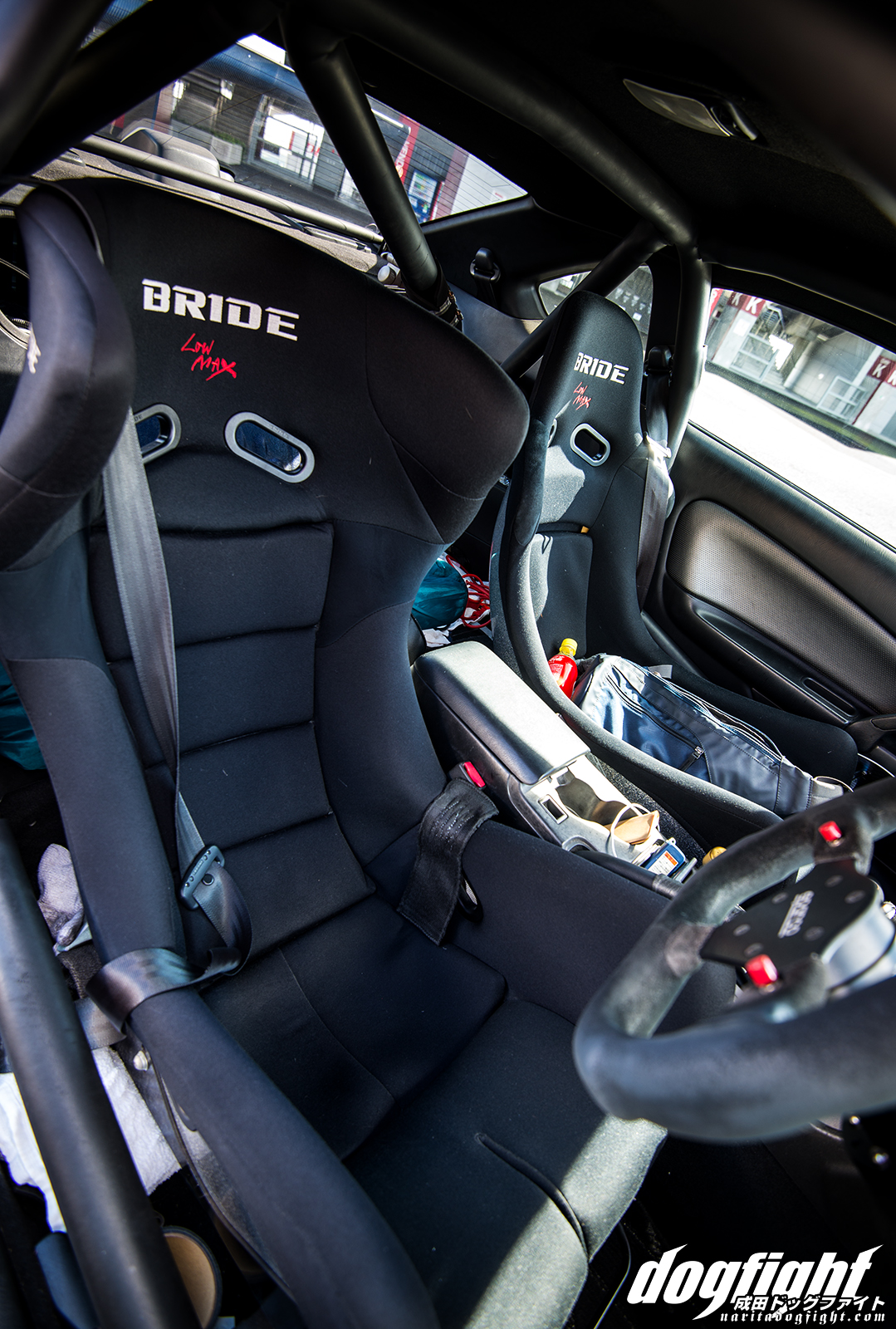 A six point, padded, roll cage provides all the safety needed for circuit bound weekends.  Signs of daily life scatter the floor, eluding that the car is used more often than not. 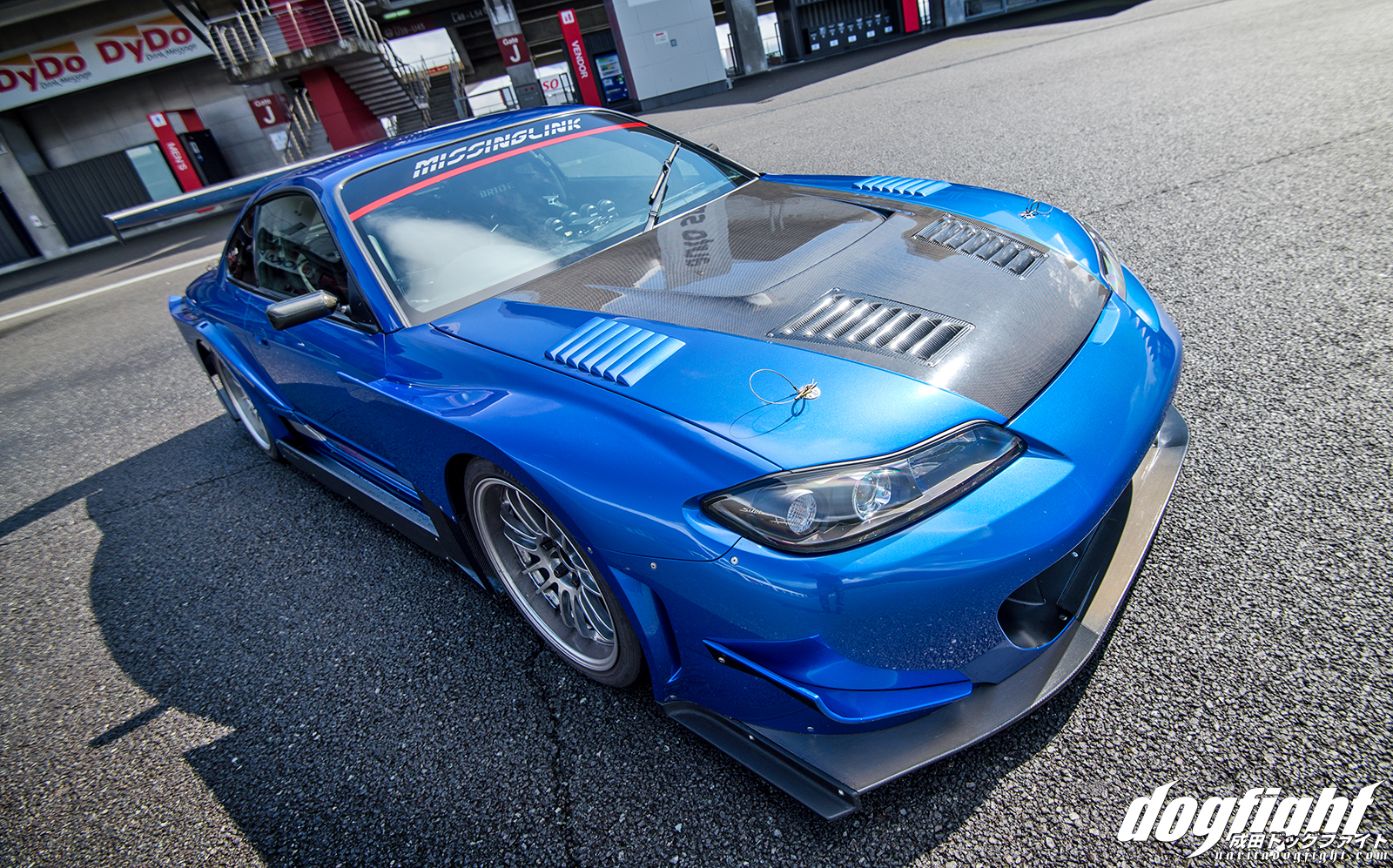 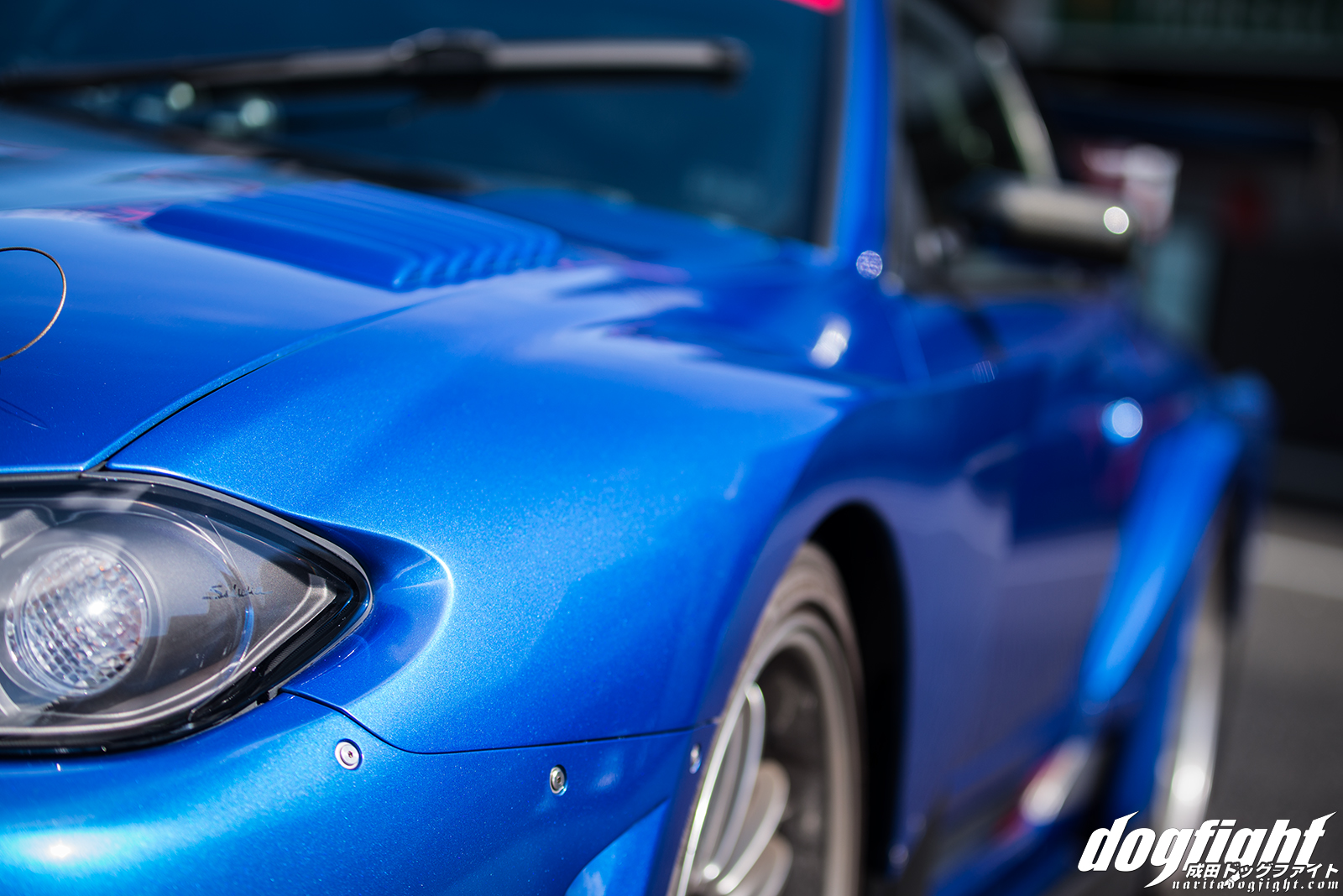 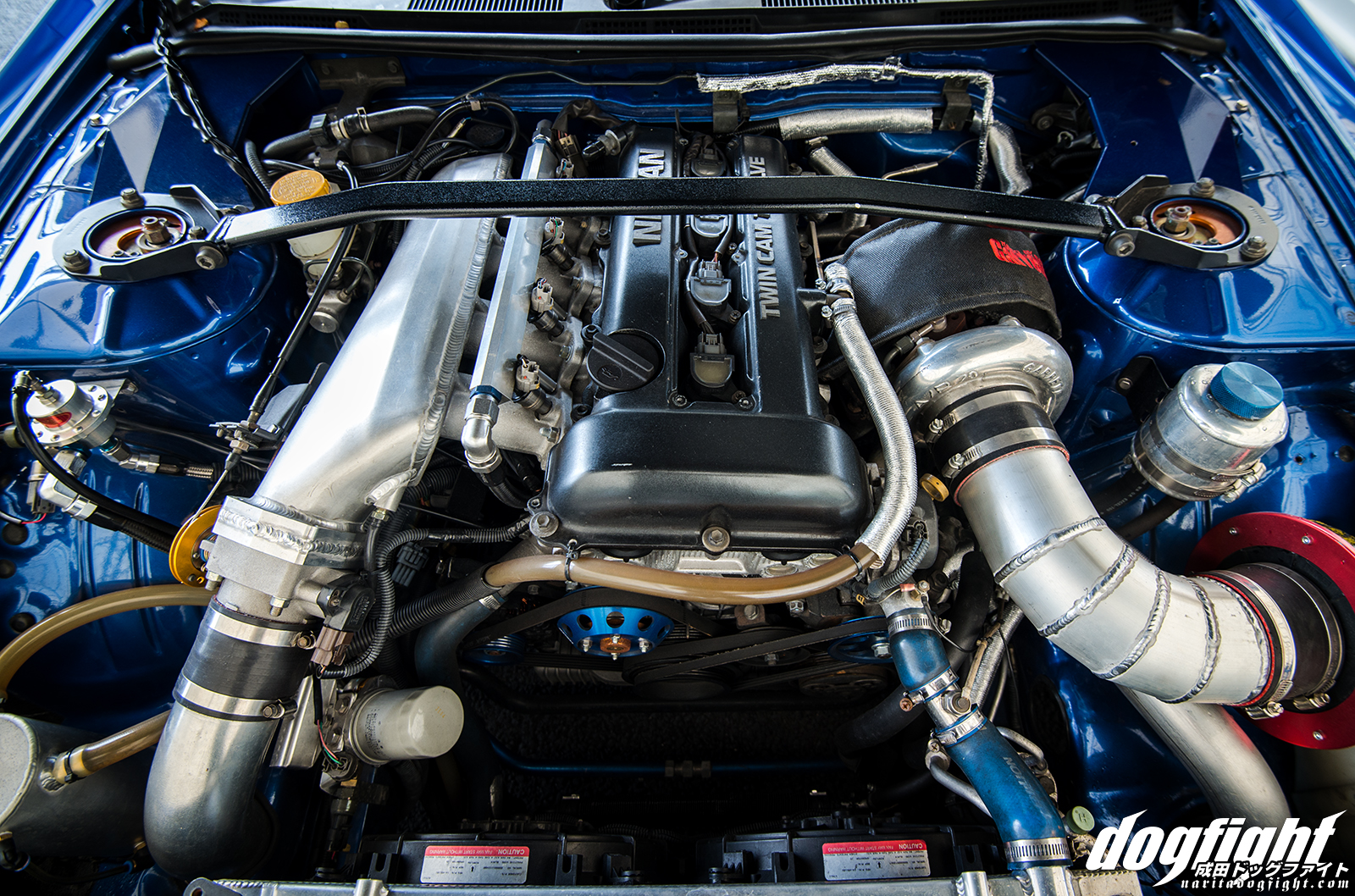 The SR20DET underneath the hood took the better part of a year to build.  With almost all hand-made parts, the internals of this motor cannot be purchased off the shelf.  The now 2.2 liter SR utilizes one-off parts from Tomei’s Racing Division.  Pistons, con-rods, camshafts, and gears were all made solely for Jun’s build.  This, in combination with the ATP provided GCG turbine at 1.5 bar, is good for an incredibly reliable 650 whp.  I’d be willing to bet that was worth a year long wait. 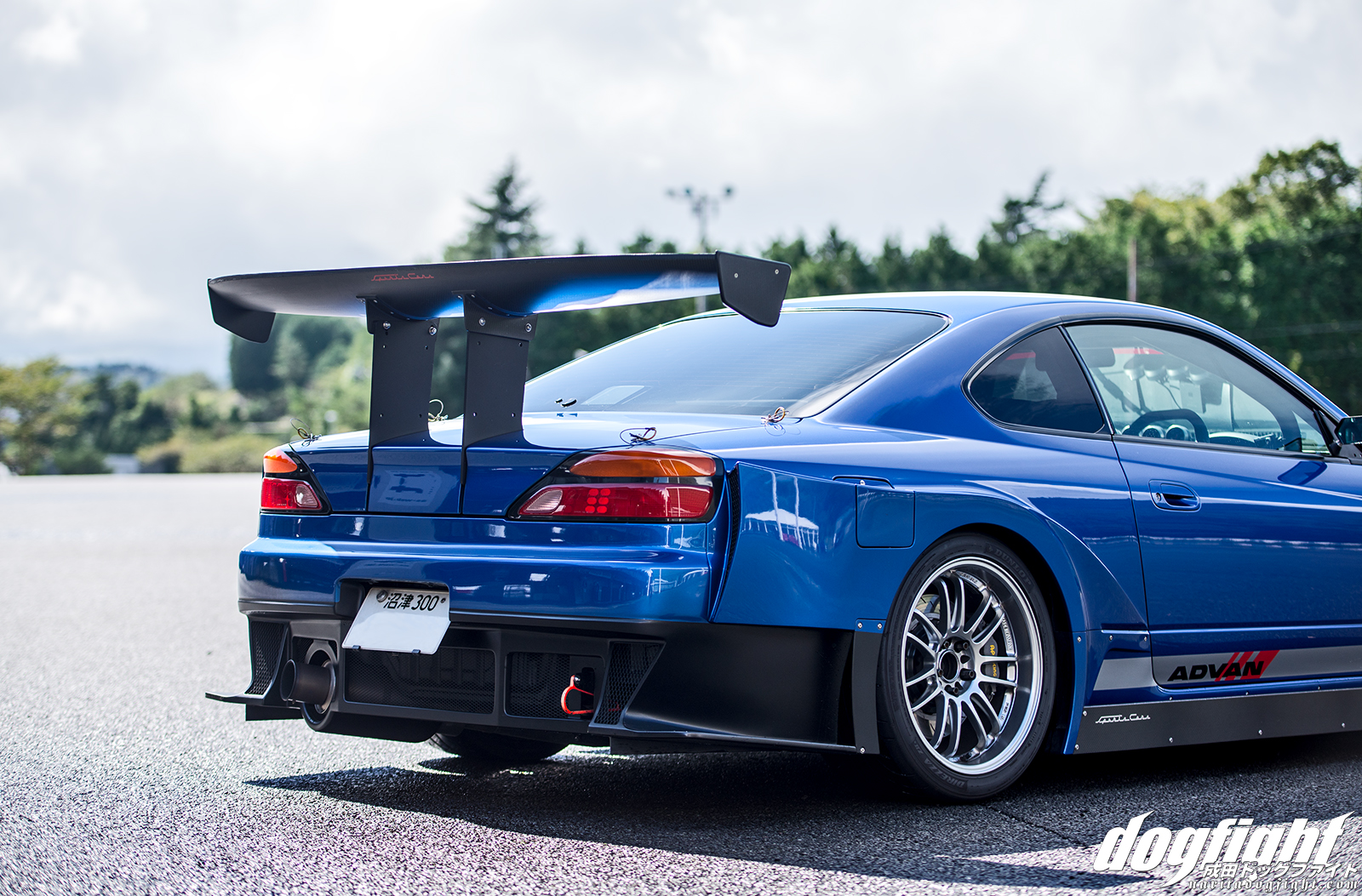 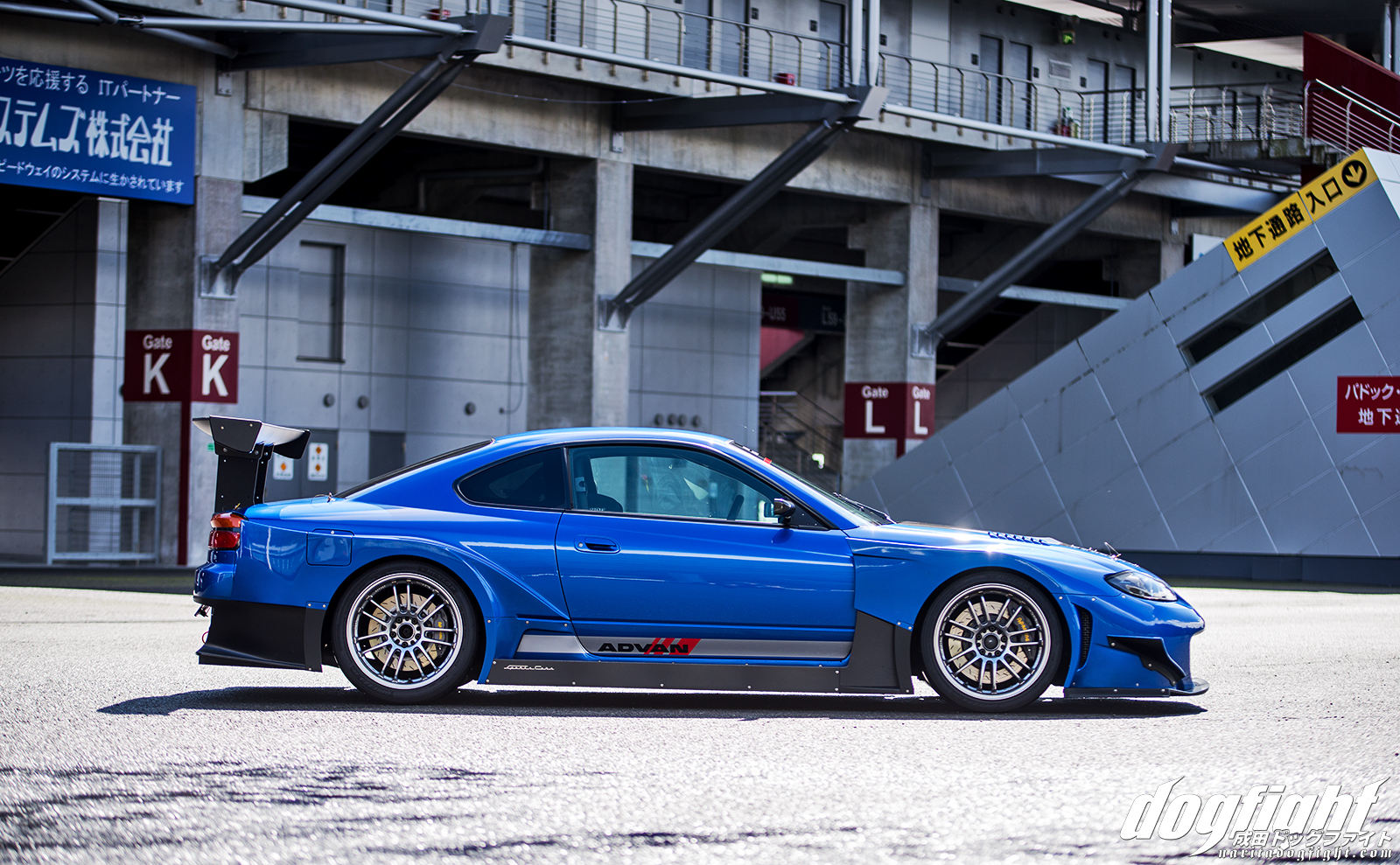 This car, is without a doubt, a dream realized.  A modern day GT300 S15; with a little tilt in power.  I first saw this car at Tokyo Auto Salon in 2011, and I’m glad I was finally able to meet the owner, let alone at one of our meetings.

Thanks for coming out, Jun.