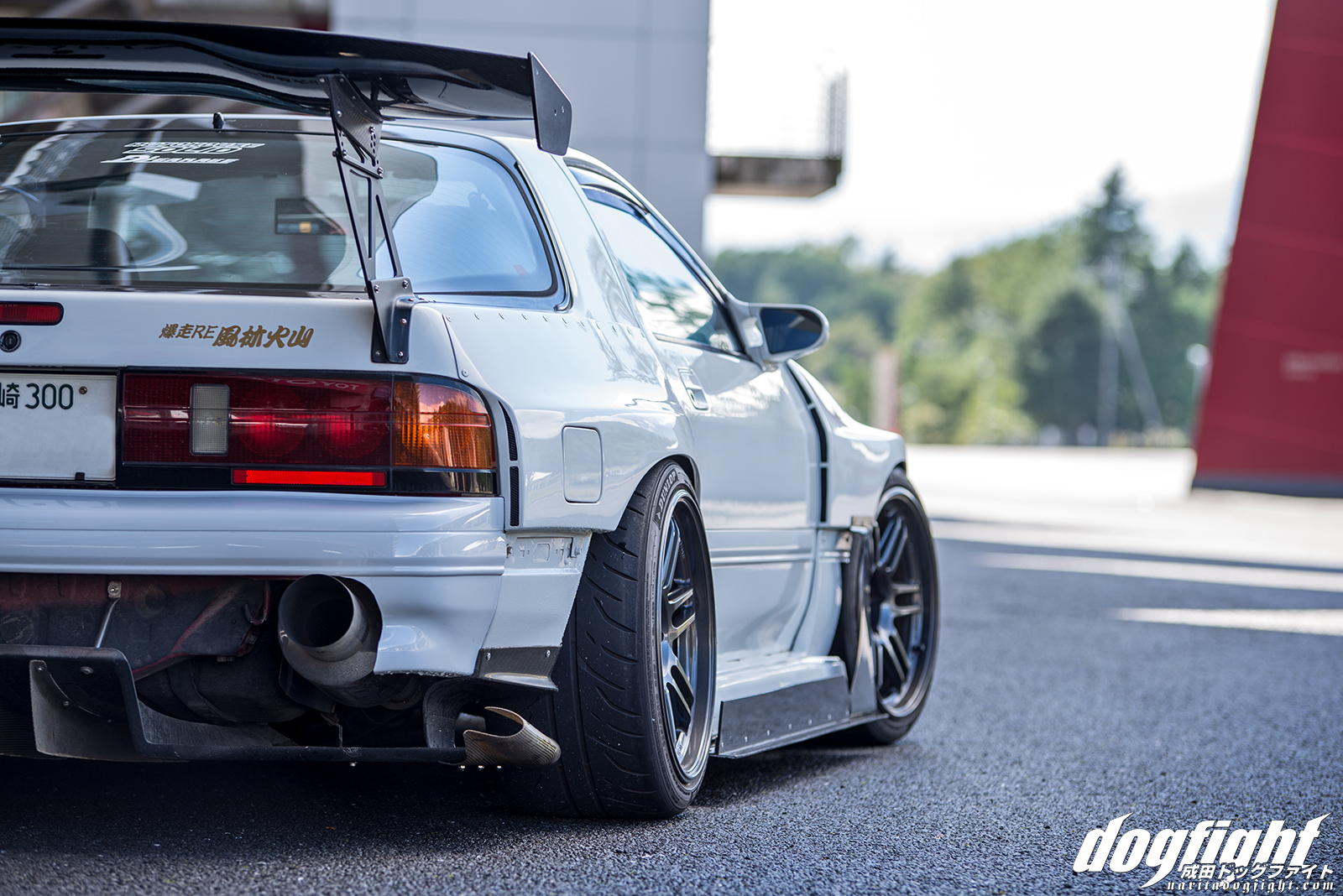 I feel that the aftermarket companies that support older chassis don’t get enough credit. To produce new parts for an application that is constantly diminishing in population isn’t something easily committed to.  It takes a dedication, and a love for motor sport, to appeal to these cars.  As time passes, because we’re so enthralled by the cars of the 80’s and 90’s, we don’t recognize just how old some of these cars are.  The FC, for example, made it’s debut in 1985; celebrating it’s 30th birthday just last year.  Appreciating the everlasting potential of these cars is something worth noting, and Atsushi-san of Shizuoka does just that with his Tamon Designs clad RX7.

Updating the tired body panels of the RX7 is something that nearly every classic car owner undertakes; whether it’s in the form of refreshed OE pieces, or aftermarket parts to modernize the look.  Tamon Design has been designing body panels for a variety of cars for many years, and what they’ve created for the FC is nothing short of amazing.  It’s aggressive width does well to match with the original body lines, while providing a much more contentious look than what Mazda had originally offered.  The widened front and rear fenders, add an additional 25 and 30 millimeters, respectively, to the overall width of the car. 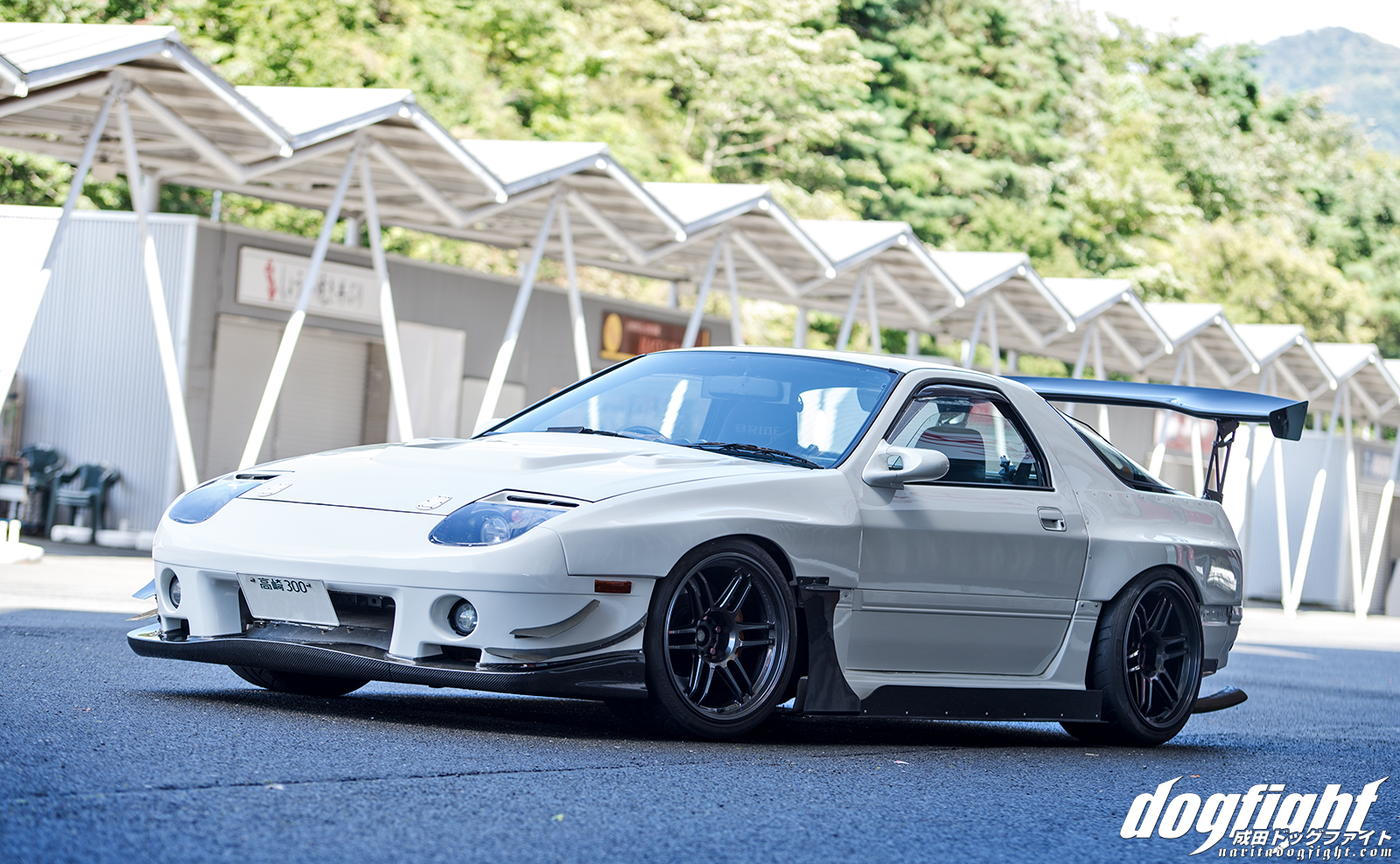 Atsushi has garnished the GT kit with a few carbon touches from RE Amemiya.  Ame-san made the front canards, as well as modified the side skirts and rocker garnishes.  It gives the kit a little extra presence and ties the front and rear together a bit more than if it was left alone.  I would imagine that any aftermarket side mirror would match great, but the Ganadors have always been the go-to choice. 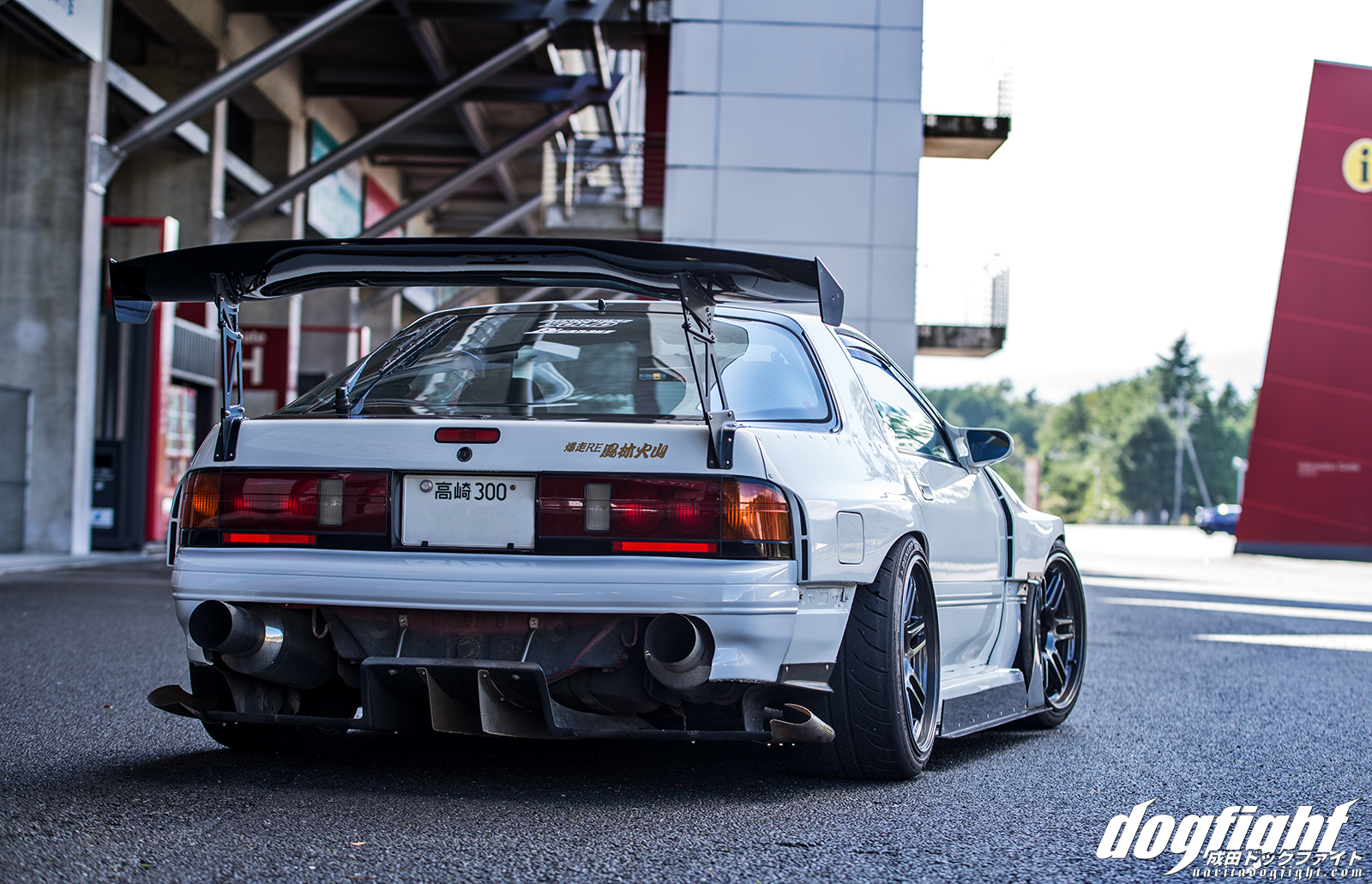 The RE diffuser surrounds the dual exhaust that protrudes from the custom cut rear bumper.  The GT wing frames the whole package together quite nicely. 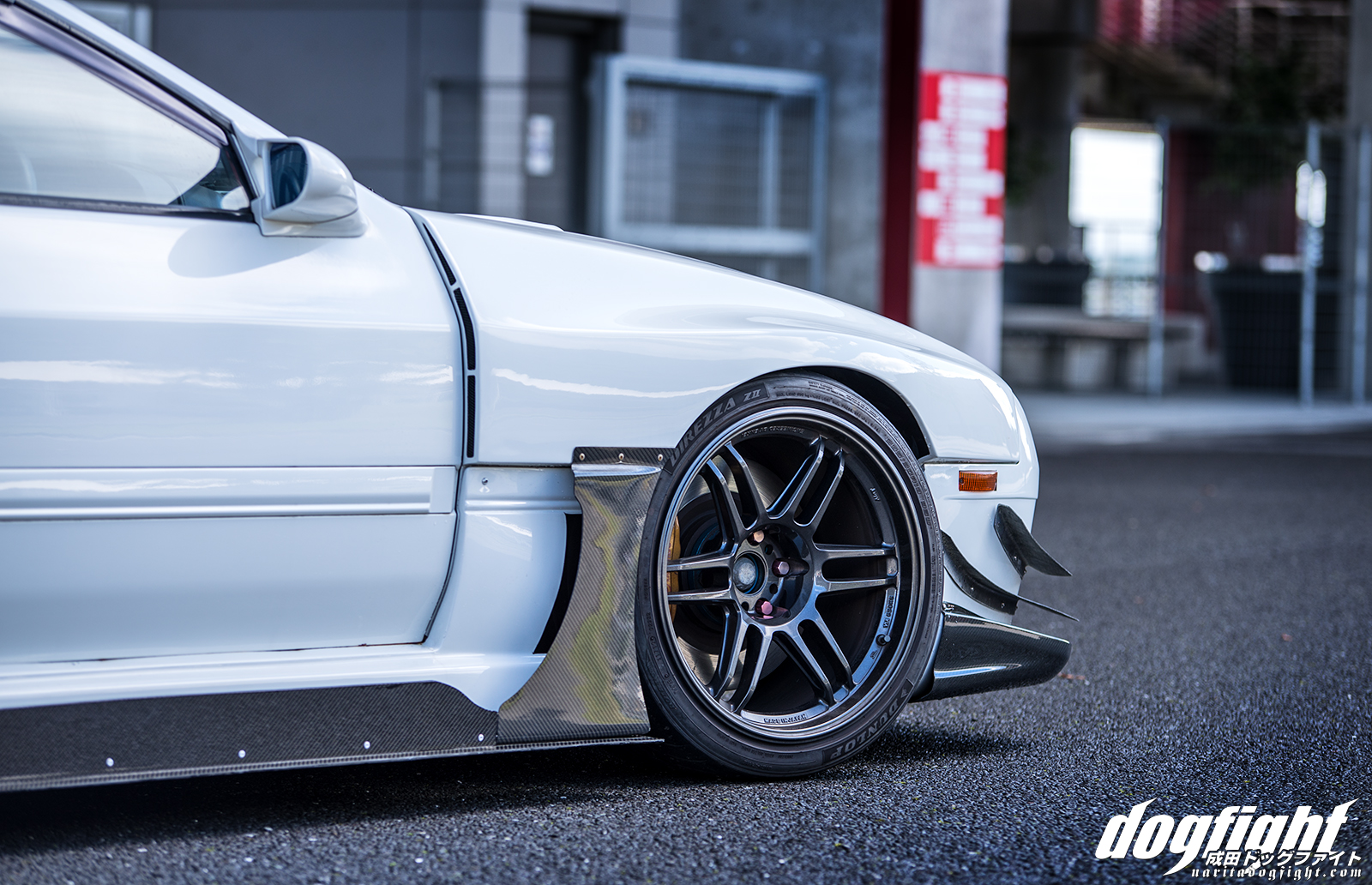 Massive 18×11 AME Tracers are fitted at all four corners, and are wrapped in 285/30 Direzza ZII’s; a popular choice among street cars built for weekend track days. 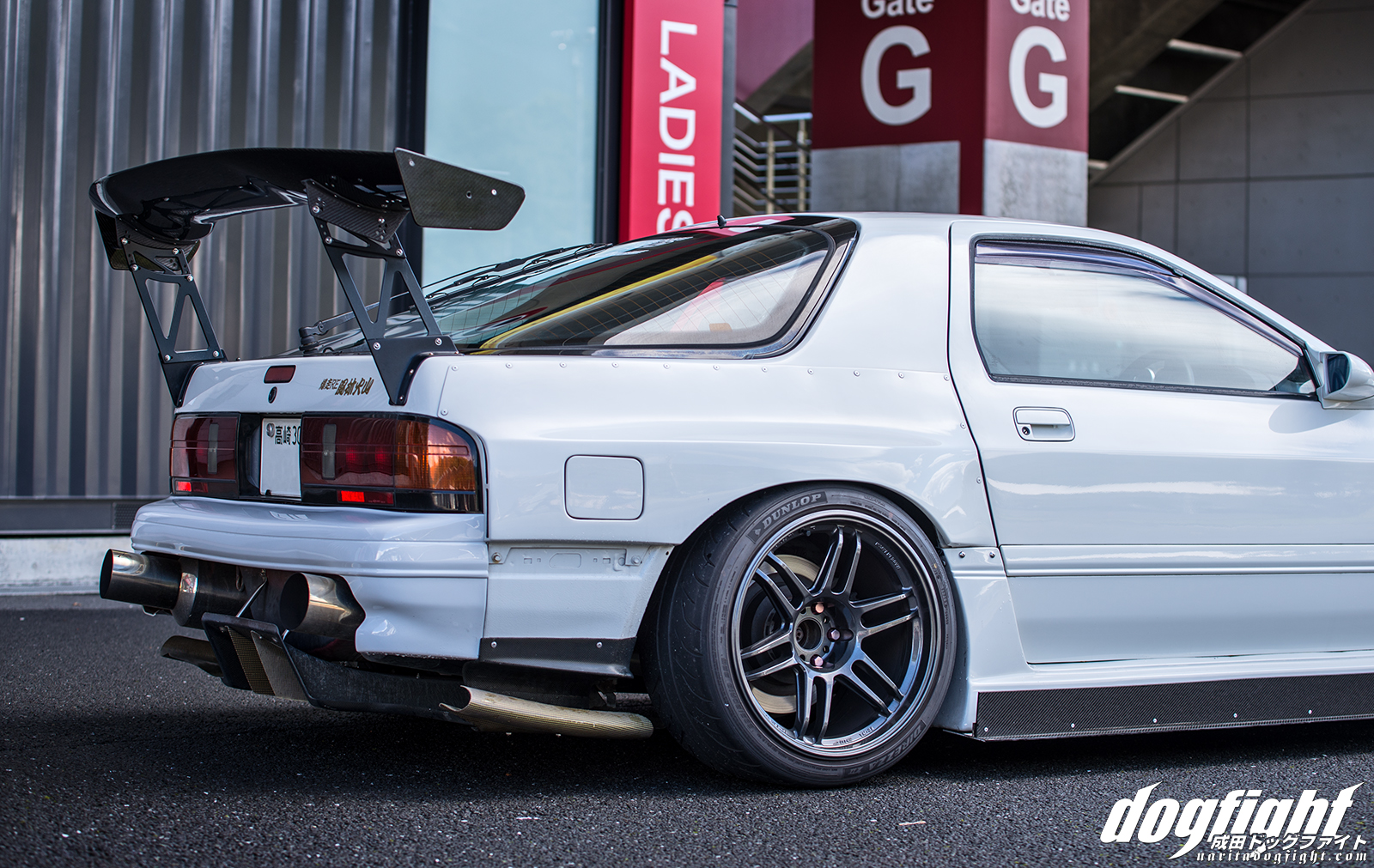 At whatever angle you visually take the car in, it captivates, and is rather difficult to look away from.  It’s refined, but still maintains the grassroots feel Japan attack events are known for. 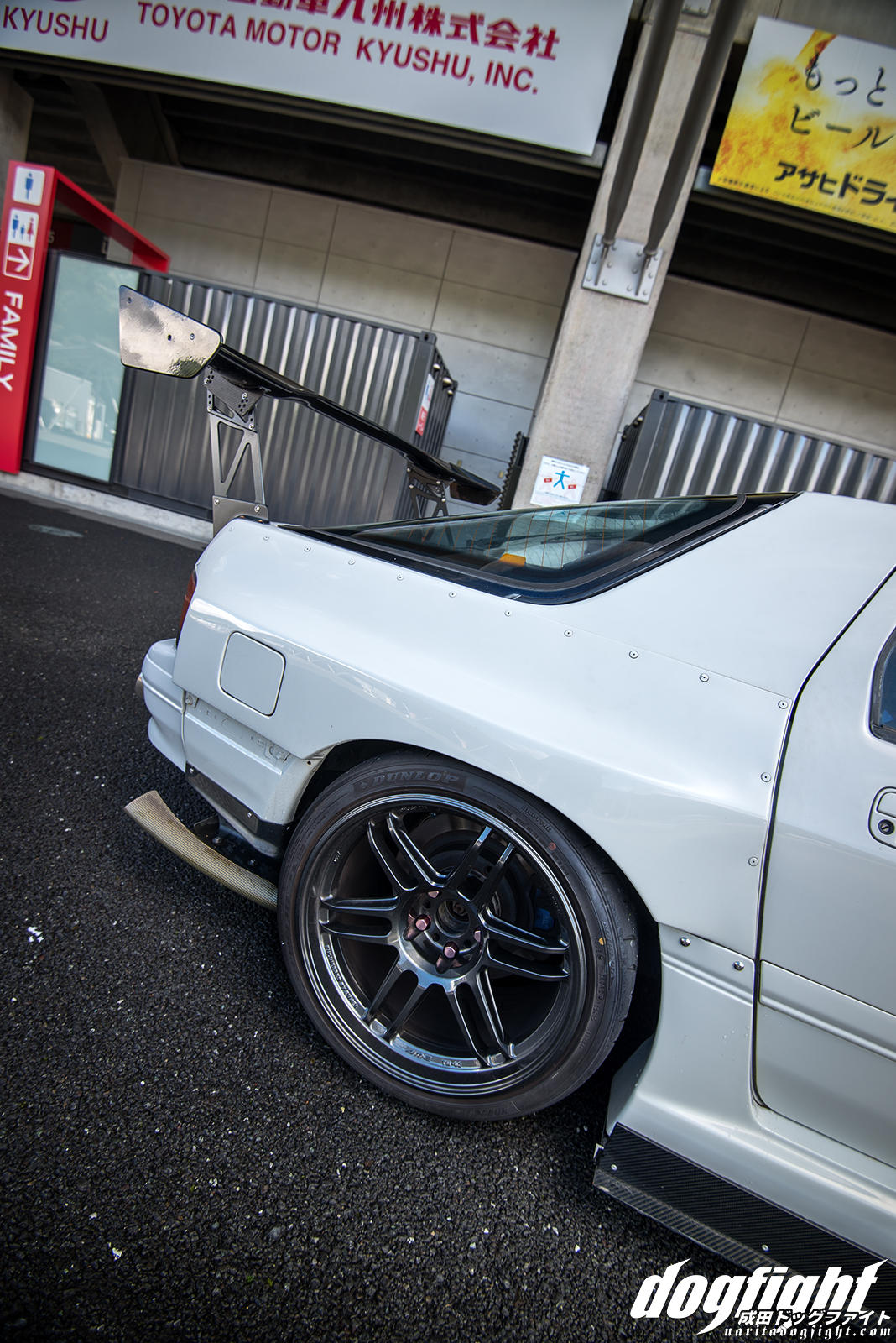 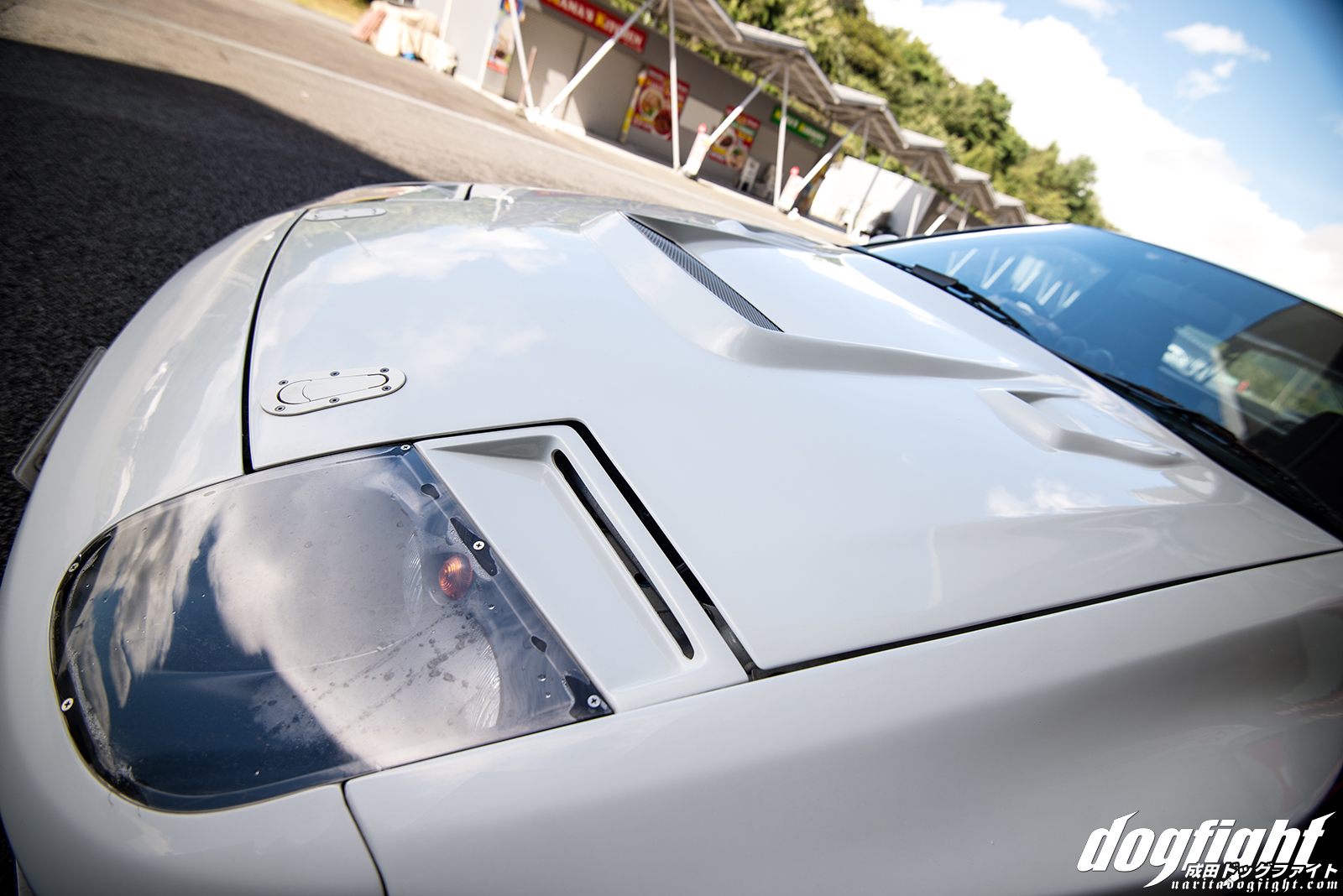 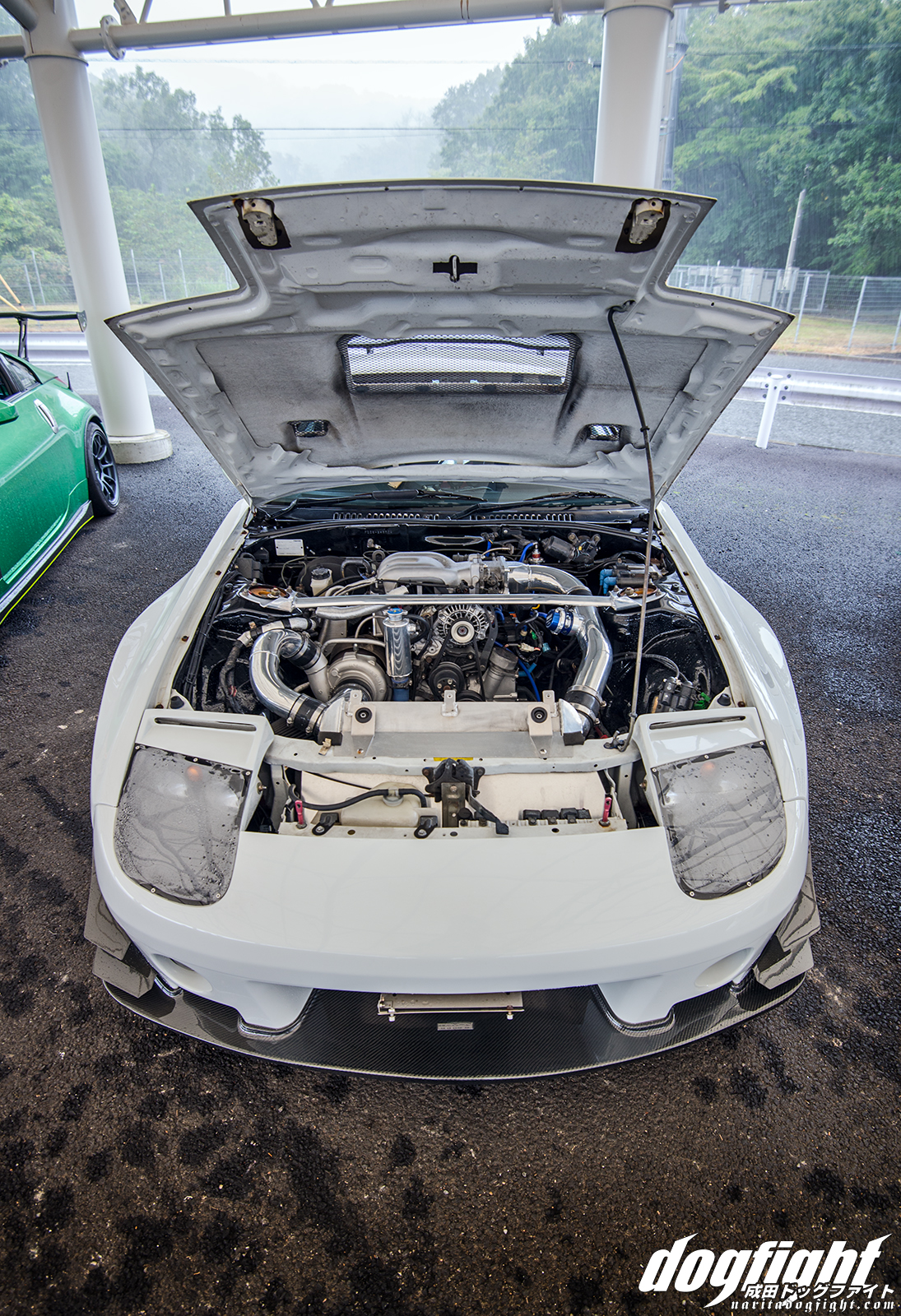 The FC backs up it’s stature with a newly bridgeported 13B built by Auto House Solid.  Boost is provided by a GCG turbine and a plethora of supporting mods.  Atsushi hasn’t had the chance to track it yet, but circuit days will soon be in order for the RX7. 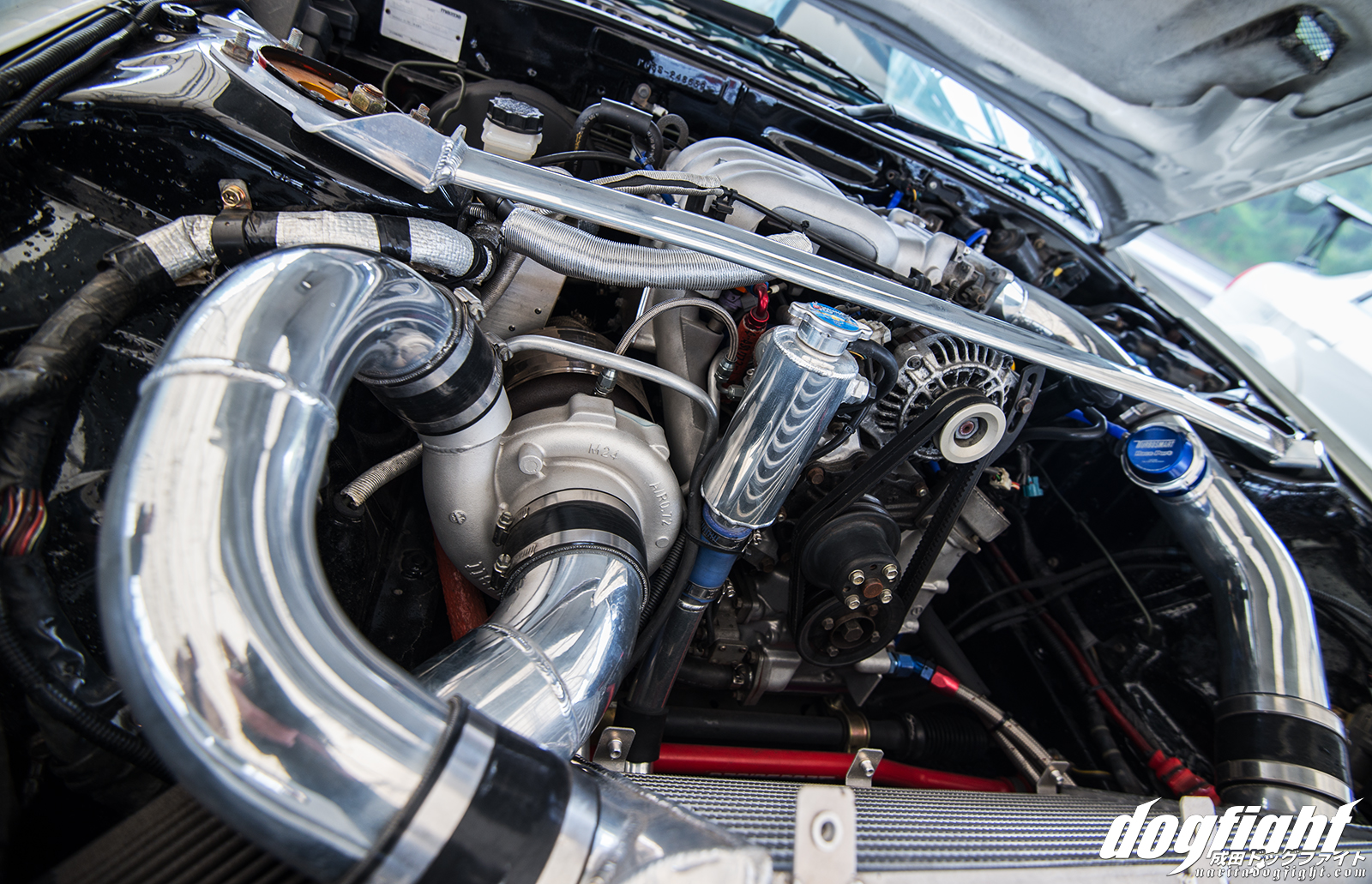 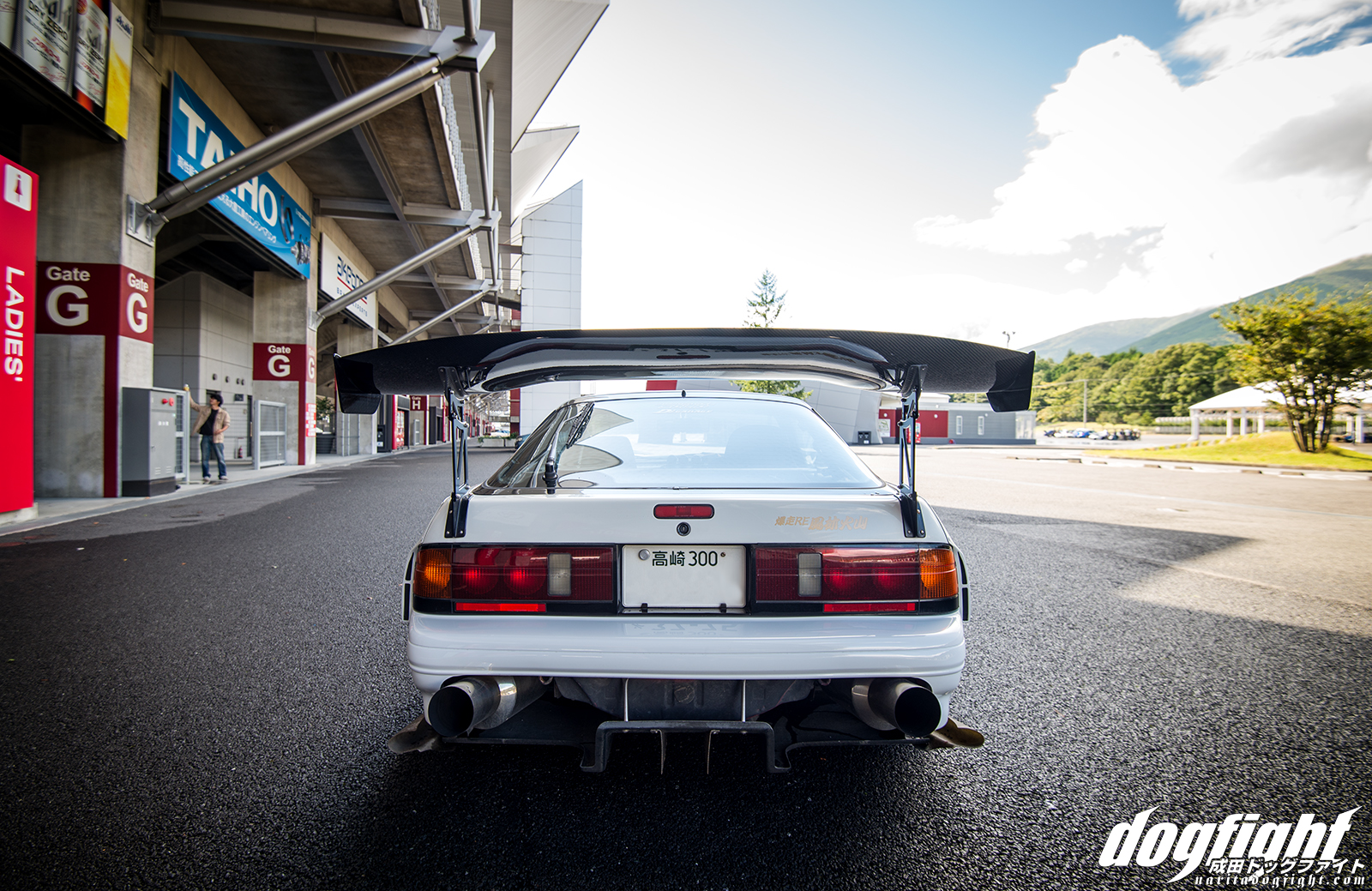 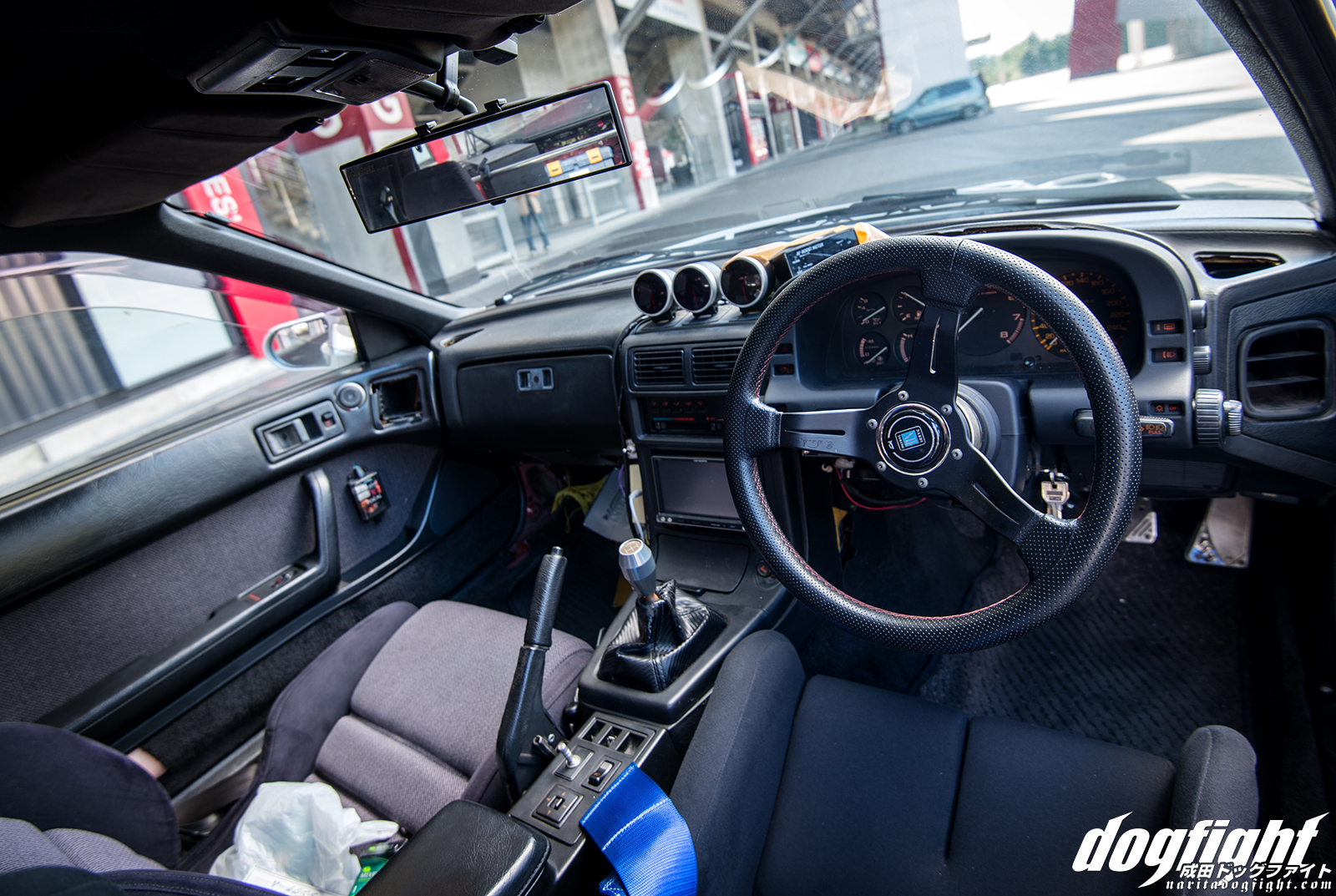 One glance at the interior and you’re left with no doubt this is a dual purpose build.  Actually, Atsushi wanted to clean the inside up a little bit before I started photographing it, but I insisted he leave it as is.  I enjoy the fact that it’s driven on a near daily basis. 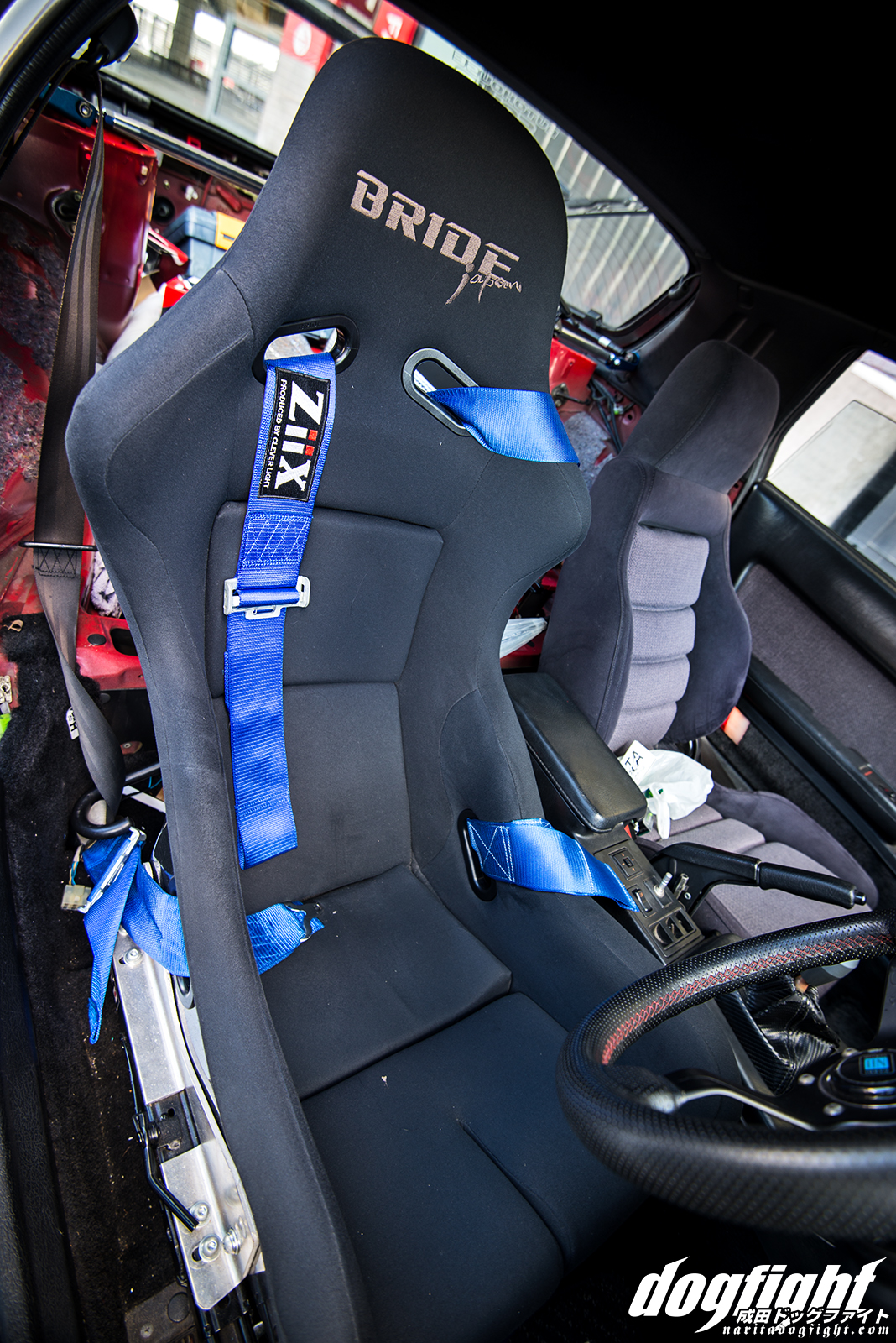 It really brought me back to the days I drove my ‘race car’ to and from work every day. 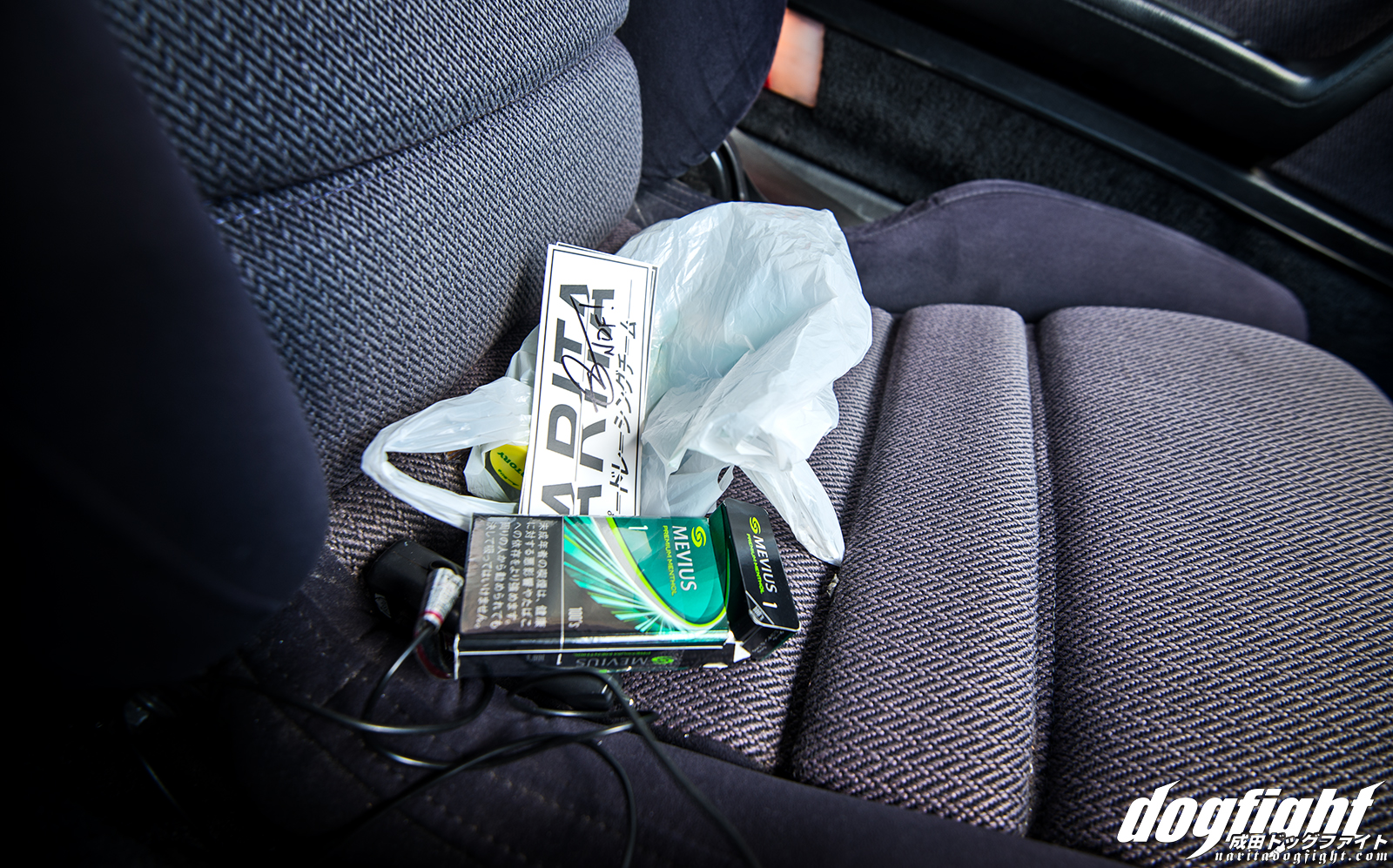 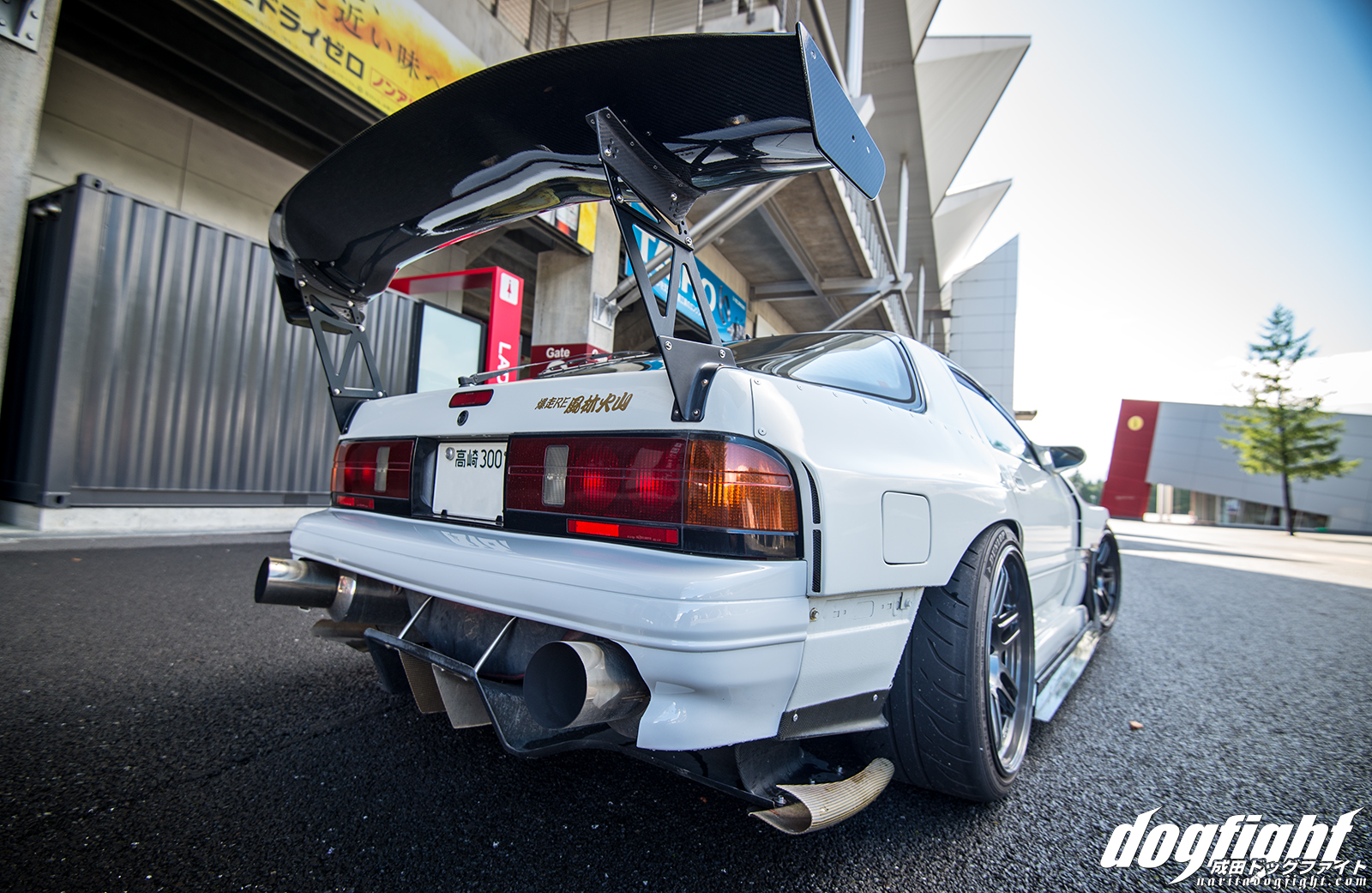 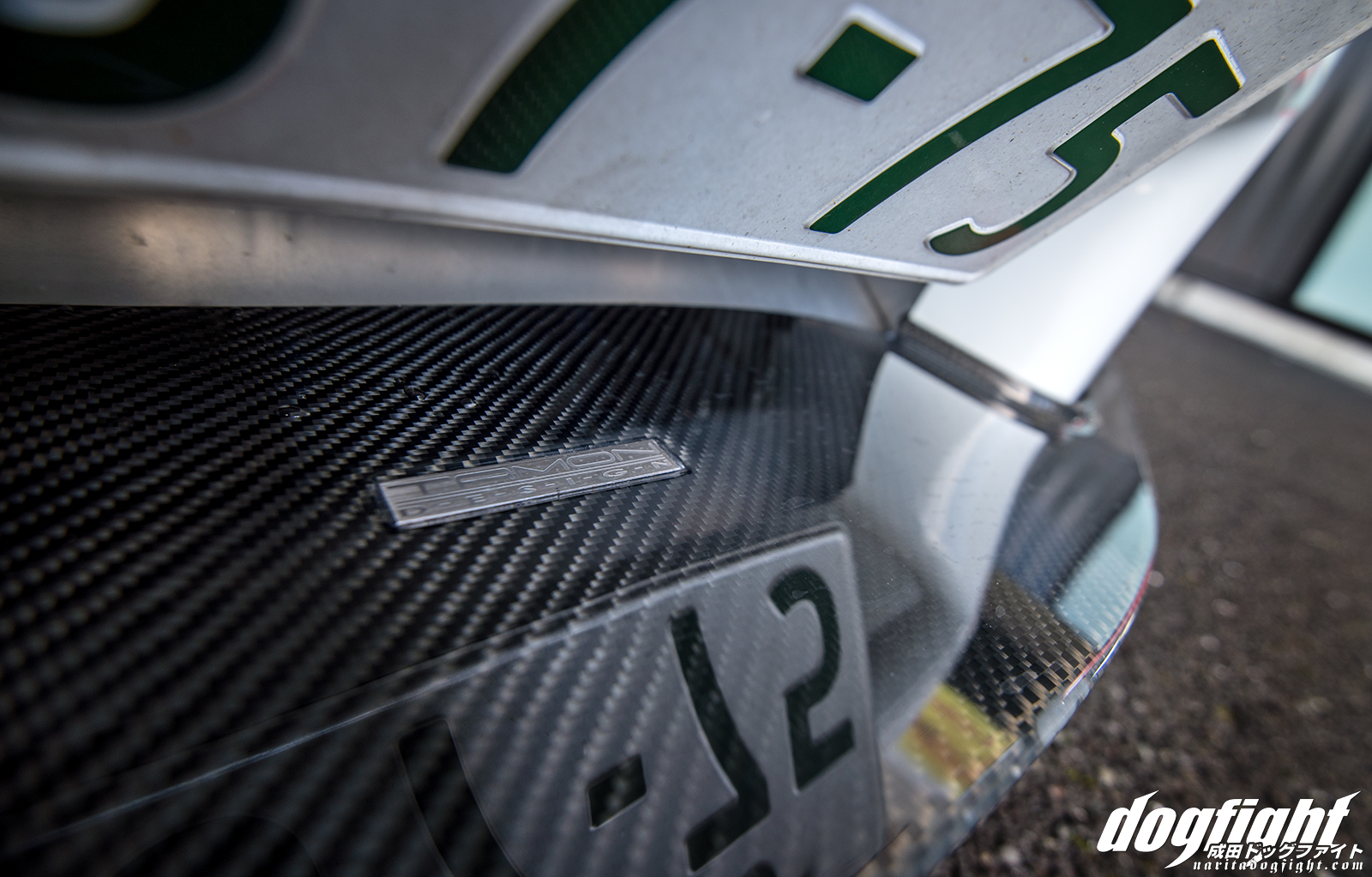 The quality of the carbon weave on the Tamon front lip is very nice. 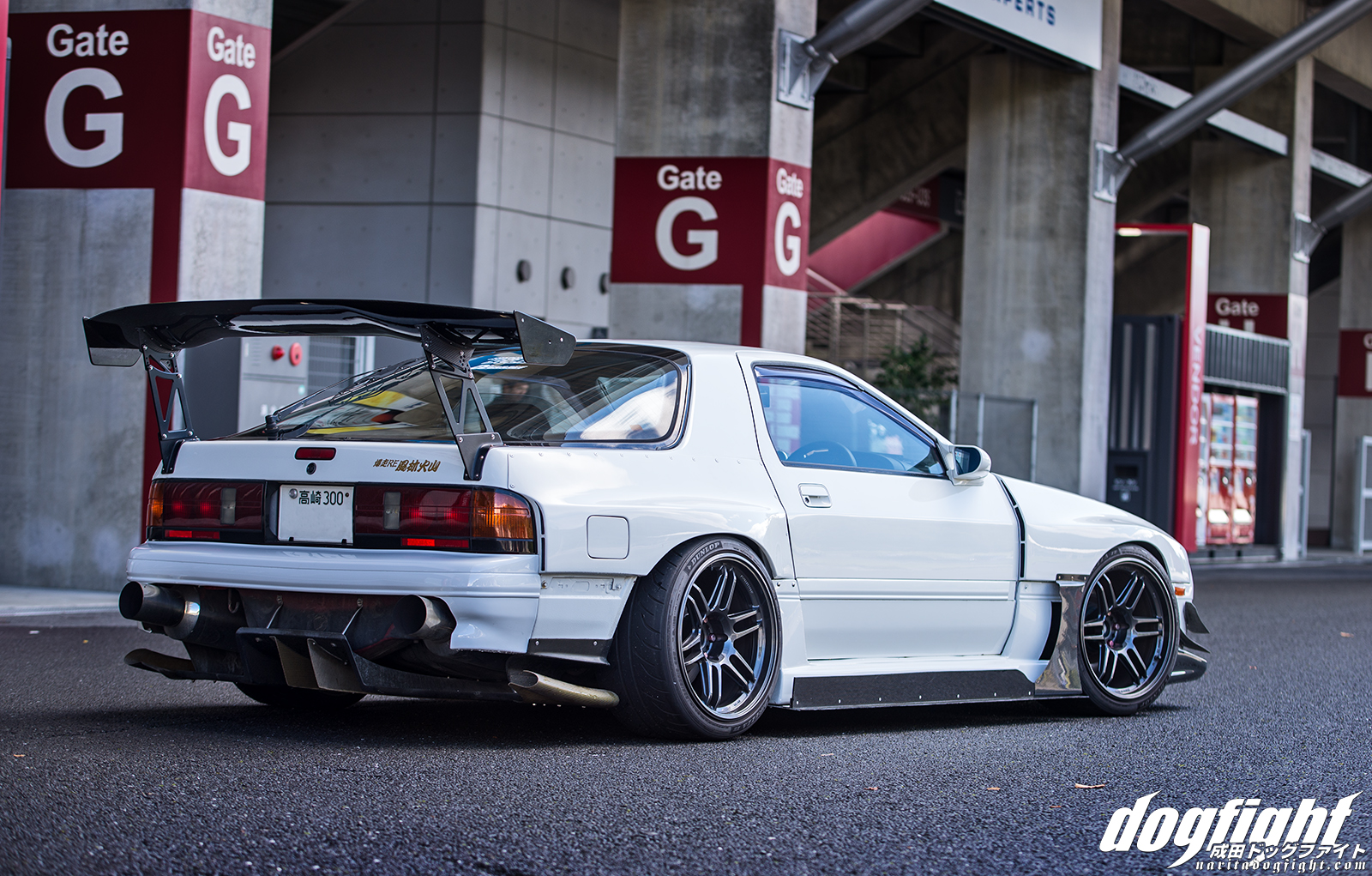 Hope to see both Atsushi and his FC at TC2000 this season!  Thanks for coming to the meet ~