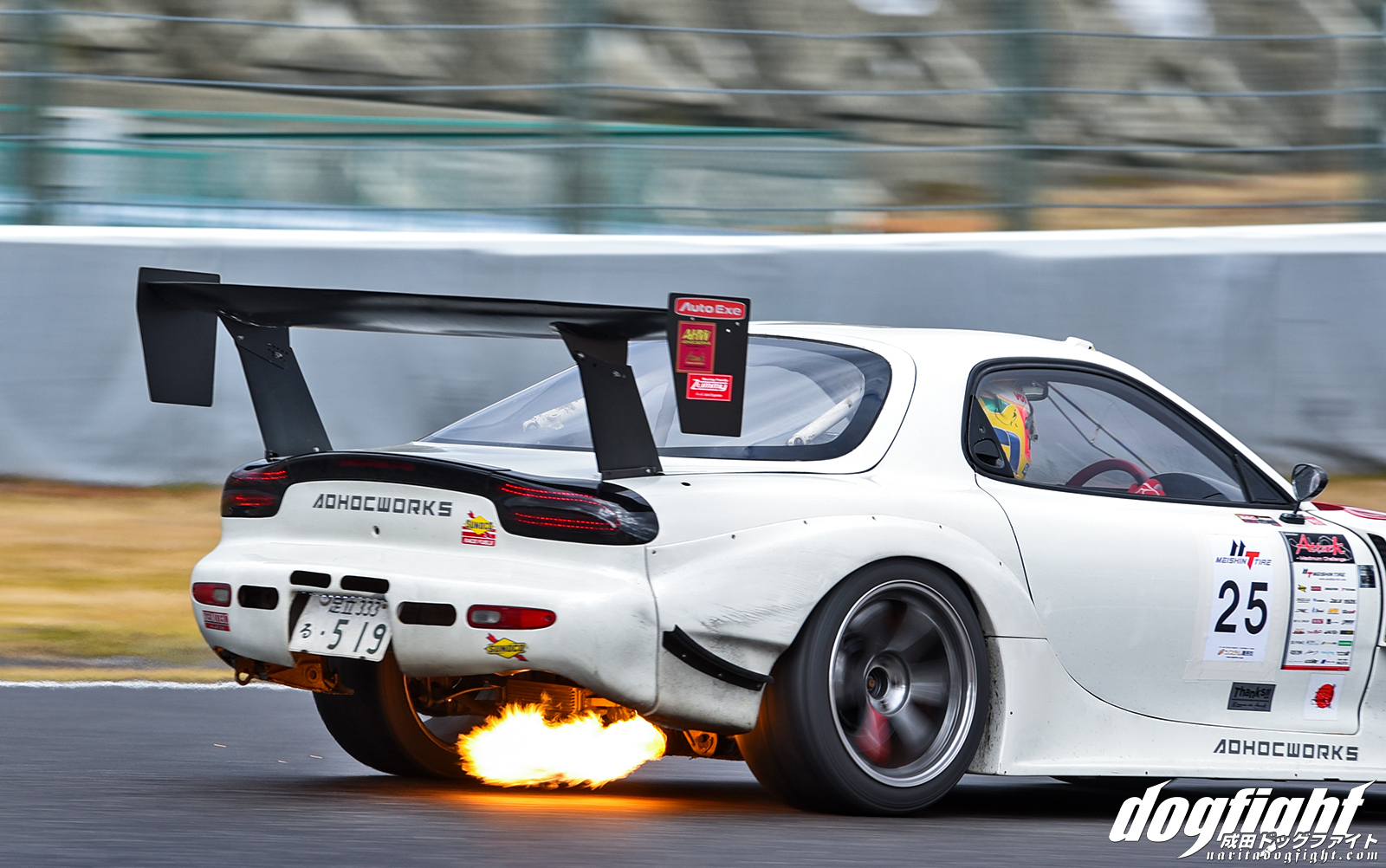 One of my favorite things to do on my down time is research time attack builds in Japan.  It’s akin to that of a treasure hunt for me.  I enjoy the prospect of being among the first to find out about certain aspects of the build, and to both share it through the website and take inspiration from them for my own builds.  There is still a large gap between the publicization of builds in Japan versus that of builds in Western countries, and because of this, information can be very difficult to come across sometimes.  I think that’s what makes it interesting for me though; and this same theme plays true in other aspects of life as well.  The harder you work towards something, the more satisfaction it brings you.

I would say that, between my various works, I leave myself with less free time than a lot of people; which means I have to make my research count.  One of the things I do at events that ensures I have access to information when I’m back in the US is to touch base with all the drivers at least once.  I introduce myself, and try to establish a point of contact for the future.  Time Attack events can be hectic for the drivers, not to mention expensive, and they don’t really have the time to stop what they’re doing to try and understand my broken Japanese.  It’s easier for both parties to get in touch at a later time.  Unfortunately, that best case scenario doesn’t always play out, and I spend my breaks at work scouring Minkara, Ameblo blogs and rudimentary shop websites for information on customer and demo cars.

I’ve watched Matayoshi drive  several times at different courses, but each time I always missed the opportunity to talk to him.  The simple rawness of his build, and the instinctual way he piloted the course made me an instant fan, but despite spending hours searching for information online, details had remained elusive to me.  I had all but given up last year on finding out details of the build, but when I saw that he was going to be at Suzuka this season my spirit was renewed.  I reached out to Matayoshi recently last week to learn more about his car and driving style. 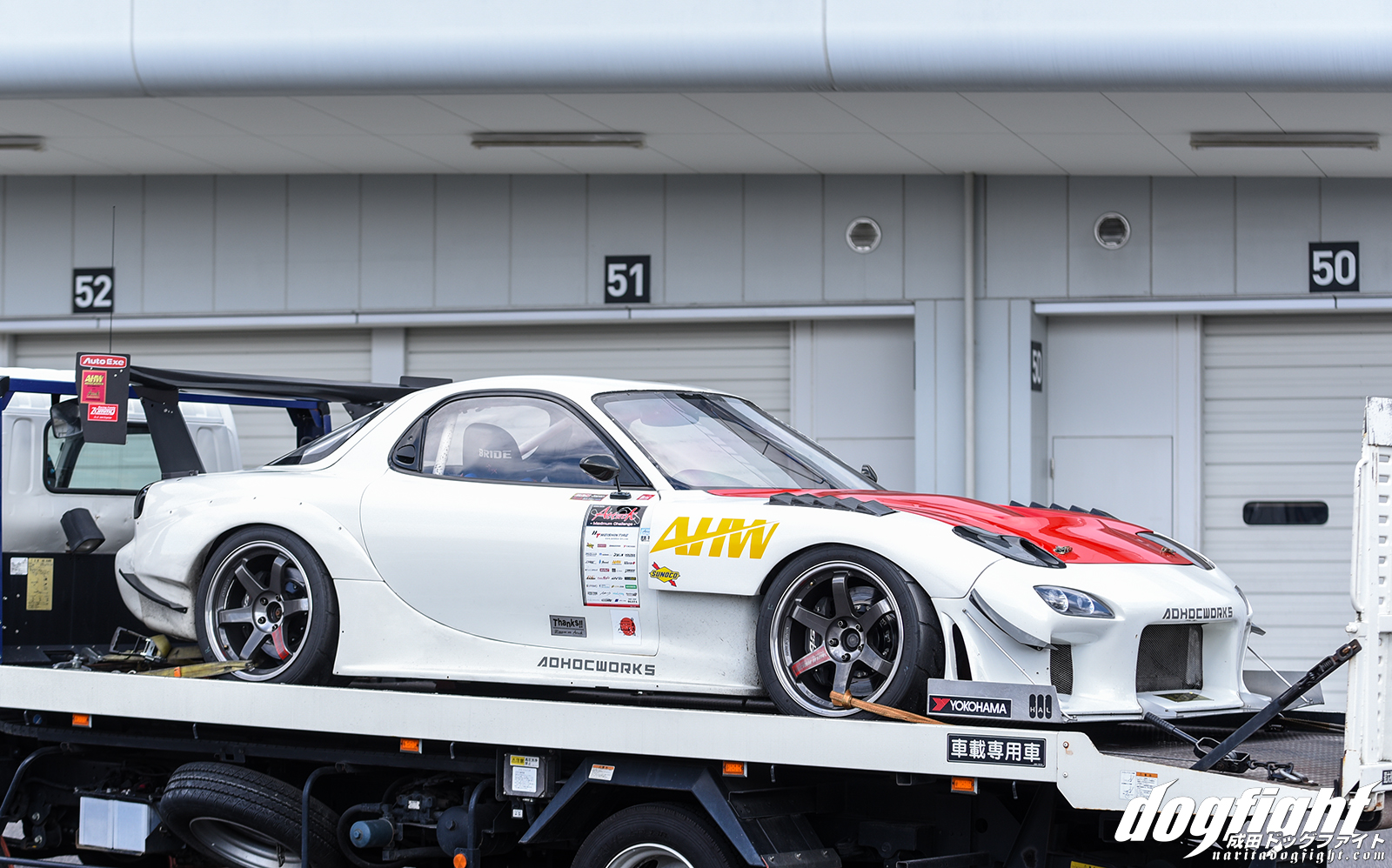 Like the majority of drivers in Attack, Matayoshi is a full-time privateer. Which means he’s a full-time part-timer.  Driving a truck for the cargo & freight company AdHoc Works by day, he spends his days off preparing the FD for upcoming events.  The RX7 spends most of it’s down time at Toru’s shop in Saitama.  Relying on the endless knowledge of rotary tuning from the guys at TFR, Matayoshi can focus completely on his driving knowing that he has a reliable car.

For the Suzuka Attack event, Matayoshi threw the car on a flatbed and made the trip all the way from Kawasaki to compete.  The car is street registered, but let’s be honest; who wants to make that long of a drive in a car like this?  He mentioned that he prefers to race at circuits like Suzuka and Motegi, as their international status puts them in a much higher category as far as the niceness of facilities and track condition.  Having personally driven tracks like Motegi and Mobara, I couldn’t agree more; although I feel like every track has it’s own positive attributes and charm. 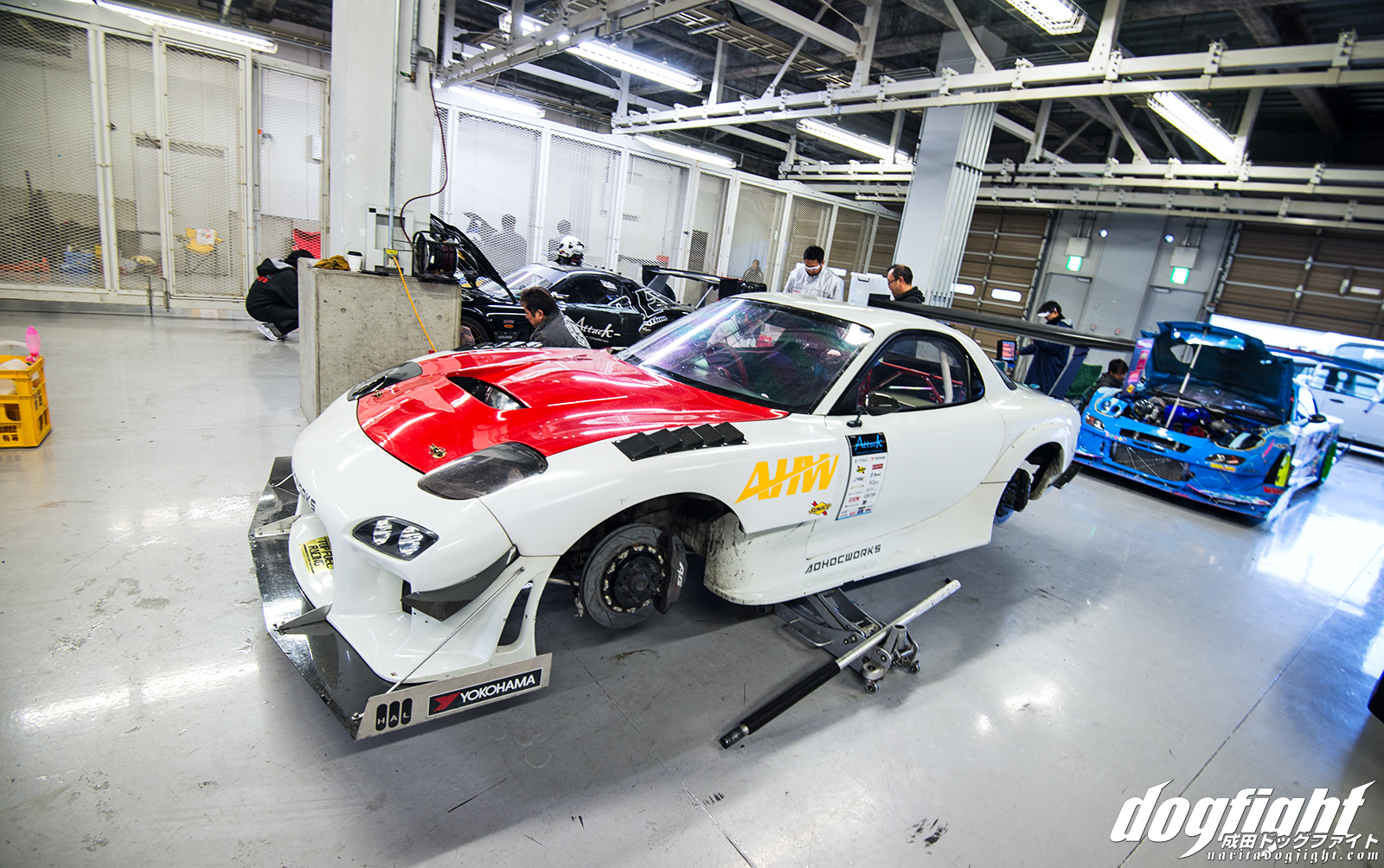 Comparatively, the exterior of Matayoshi’s car is somewhat subdued alongside the rest of the cars on grid at Attack events.  A TFR widebody kit extends the width of the FD, providing more real estate for tire.  A few custom canards on both the front and rear add an aggressive styling cue, and assist the carbon splitter in producing some much needed downforce in the turns.  The wide fenders are vented with a pair of RGN louvers giving the heat a second place to escape under hard braking. 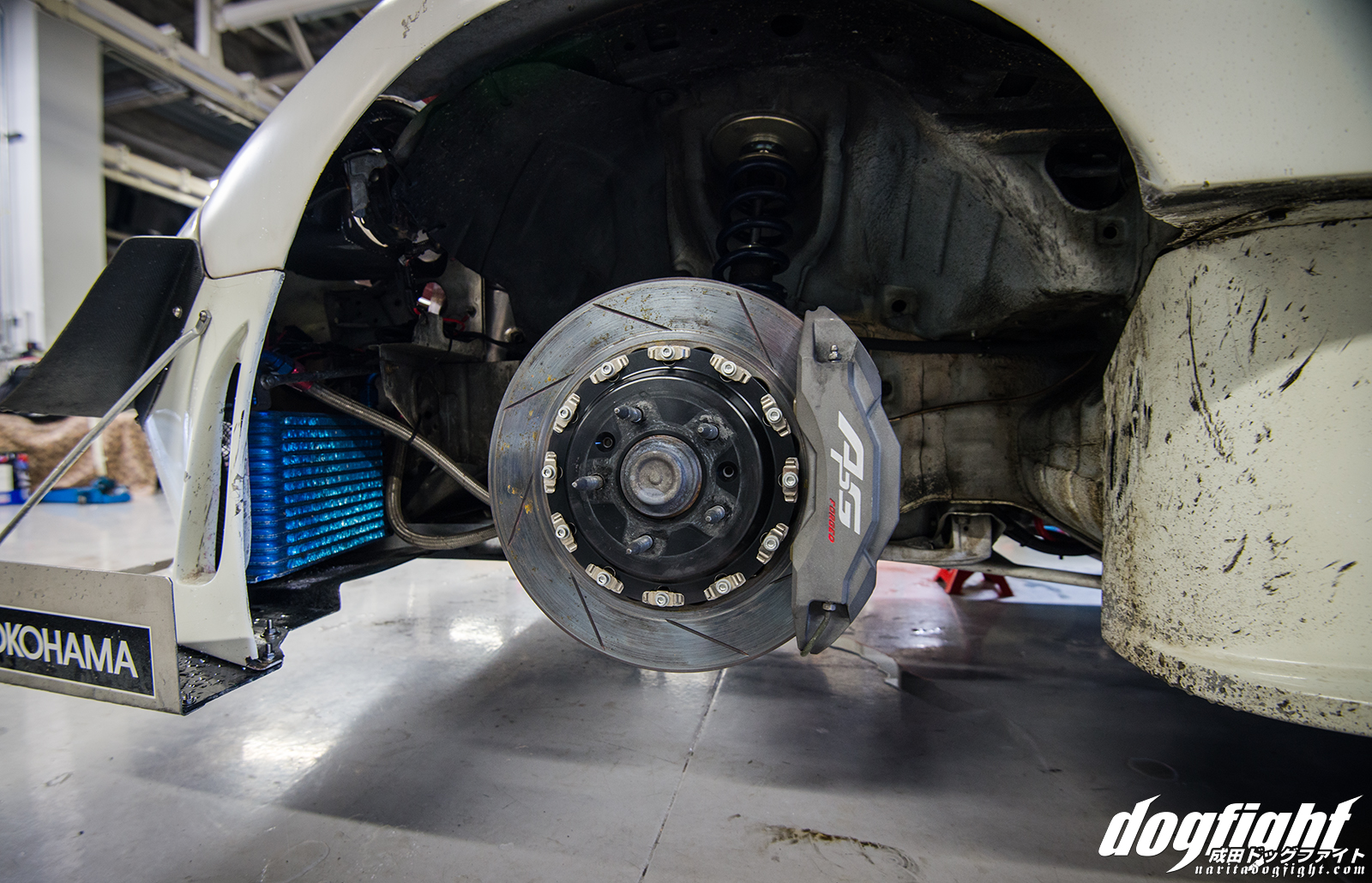 Speaking of braking, the FD is equipped with an APG Performance, forged 6 piston brake kit to make sure that there is never any question of slowing the car down.  The caliper is forged from monoblock aluminum getting the most performance at the lowest weight.  Check out the rubber stains along the inner fender; the markings of a race car. 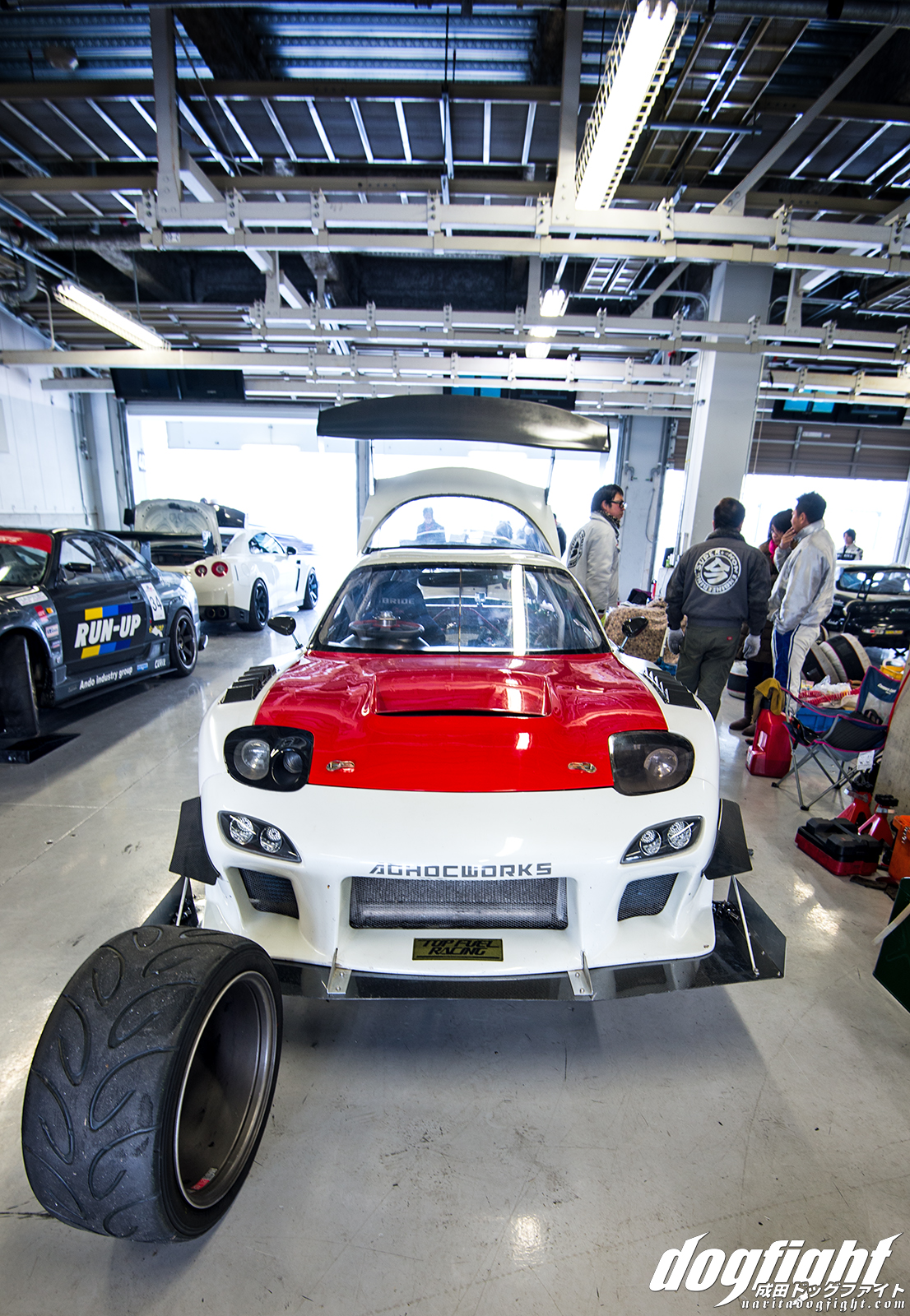 The TFR front bumper not only looks great, but allows adequate air flow to the V-mount intercooler and radiator setup and the two oil coolers at either side.  Here, Matayoshi and crew give the FD a final rundown before heading out for the first session. 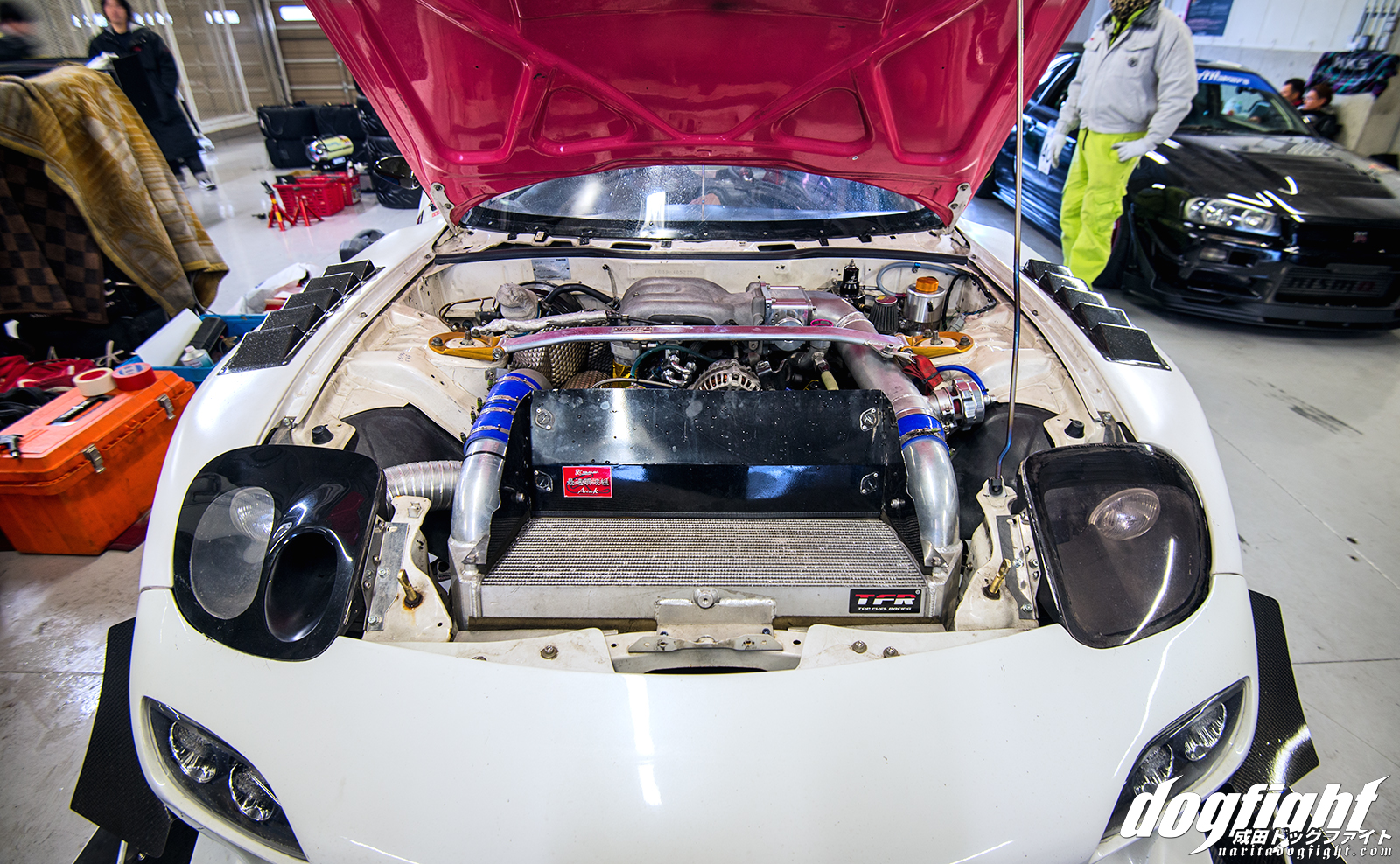 The Top Fuel built 13B has been given a full run down to provide both usable power and reliability.  A bridgeported housing provides incredible top end power with the added bonus of a very cool sounding idle.  A Borg Warner 9140 twin scroll turbine provides the bulk of power output and easily provides the 13B with the 500hp it’s tuned to.  ARC provides cooling via intercooler and radiator setup.

An HKS 6-speed sequential transmission gets the whole recipe to the asphalt with the help of a Mazda Speed differential.  A beefy set of Advan A050’s in a 295/35/18 configuration at all four corners keep the power in check on track. 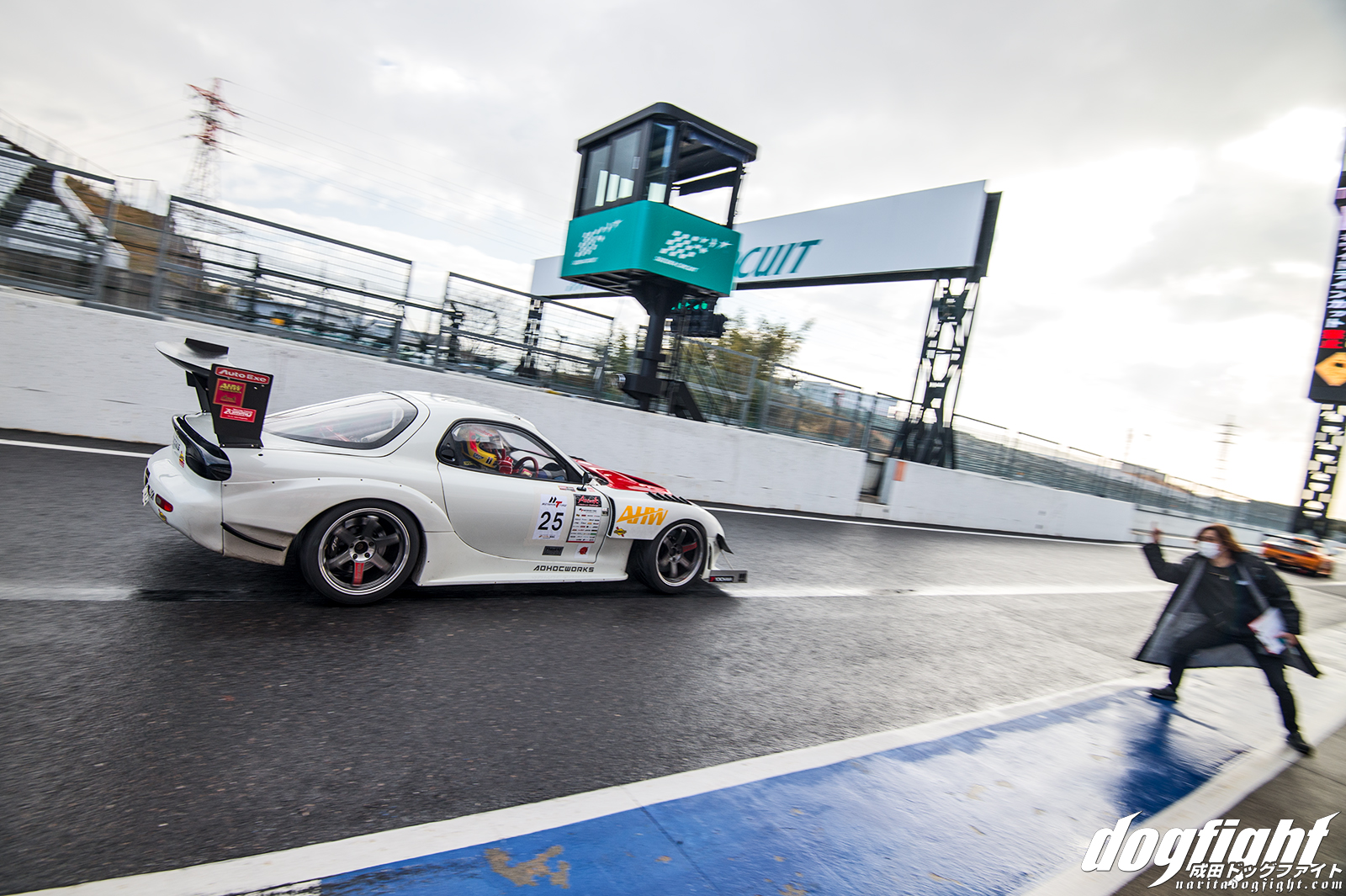 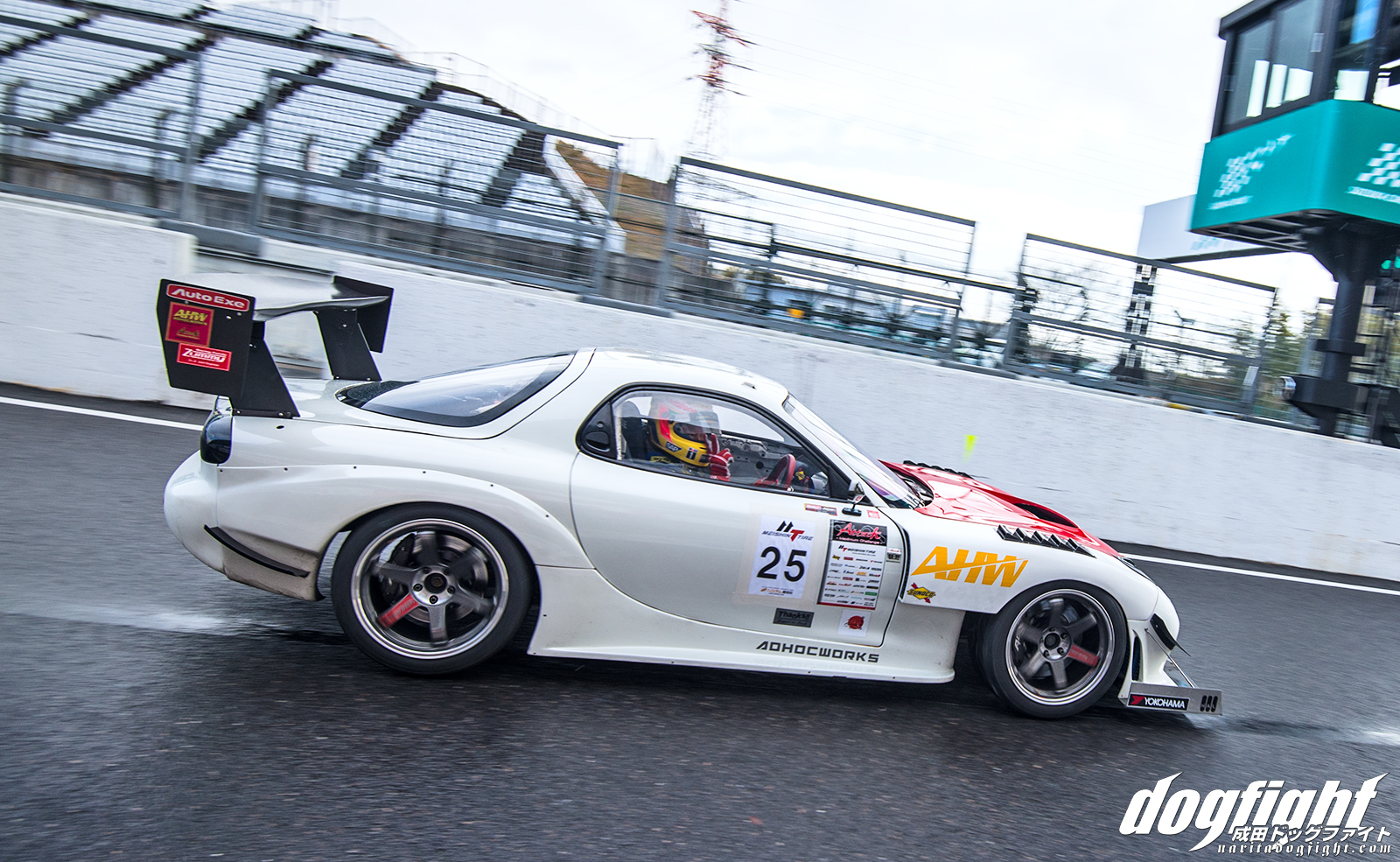 The only other person as excited as I was to watch Matayoshi take on Suzuka was probably Matayoshi himself.  A quick jog through the pit lane and he was out on the first of his hot laps.

I didn’t expect much initially from the competitors because the track was wet and still very, very cold.  That didn’t stop the duo from giving their all as soon as a dry line was visible. 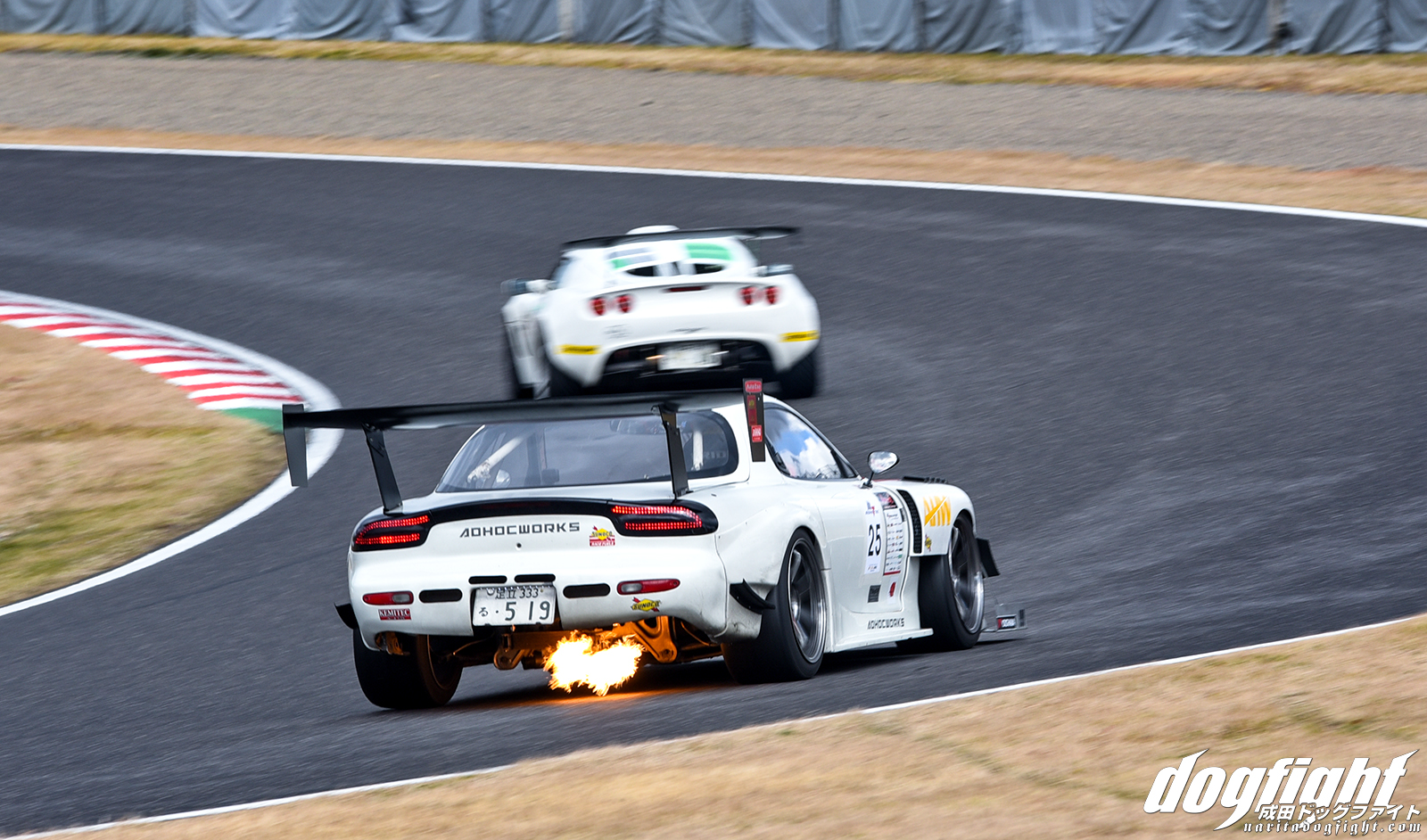 The car looked to be in good form for the entire day, no doubt loving the cool intake temperatures from the chill February. 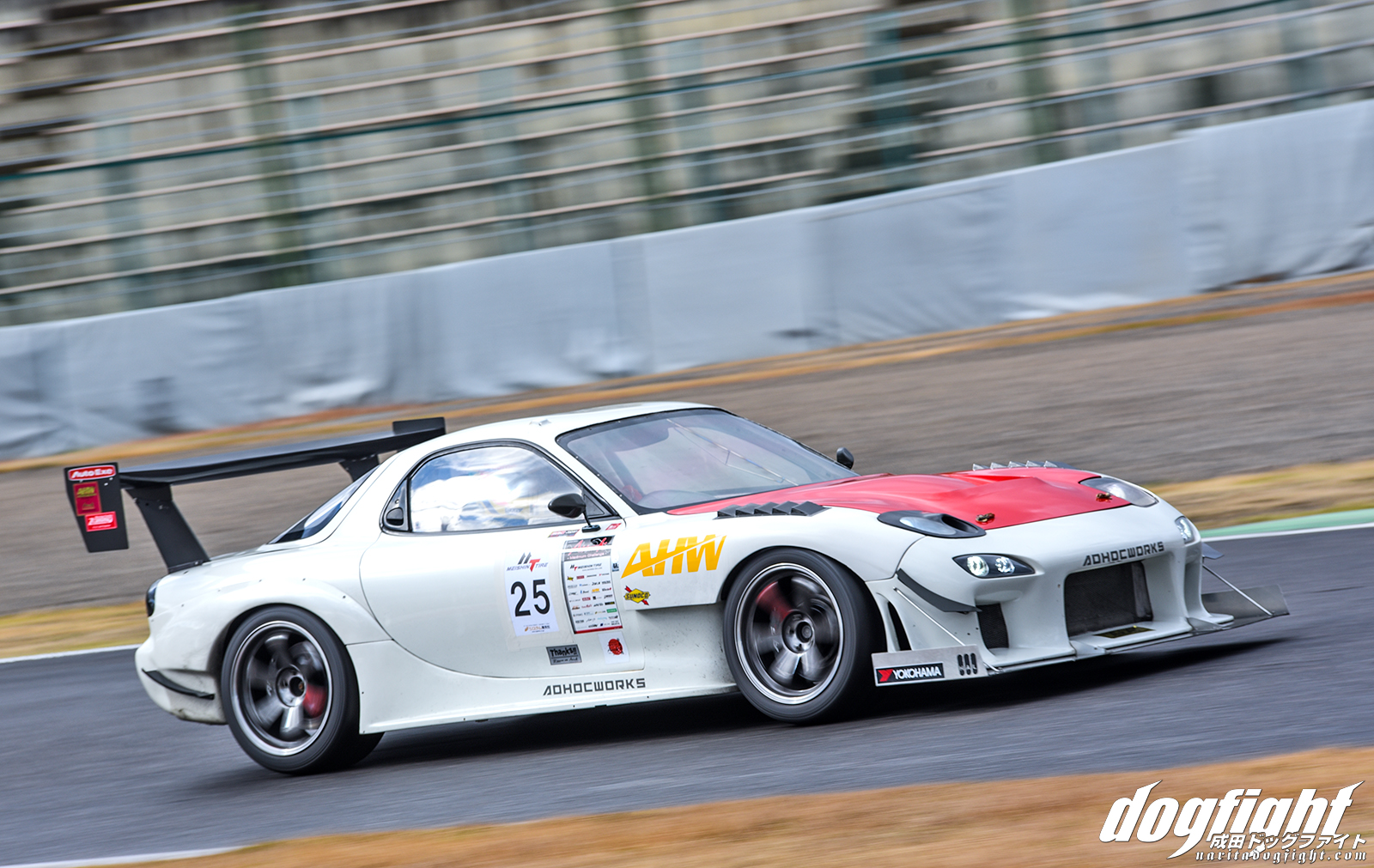 Watching from the media towers from around the track, you can tell that Matayoshi’s driving is very ‘off the cuff’; even he describes it as instinctual.  Trying different lines, and piecing together the best lap he can with what time he has.  With Suzuka being so far away from his Kanagawa home, seat time at this particular campus is limited.

The 13B screamed and spat as the car fought it’s way through the circuit, unspent fuel igniting from the muffler at partial throttle. 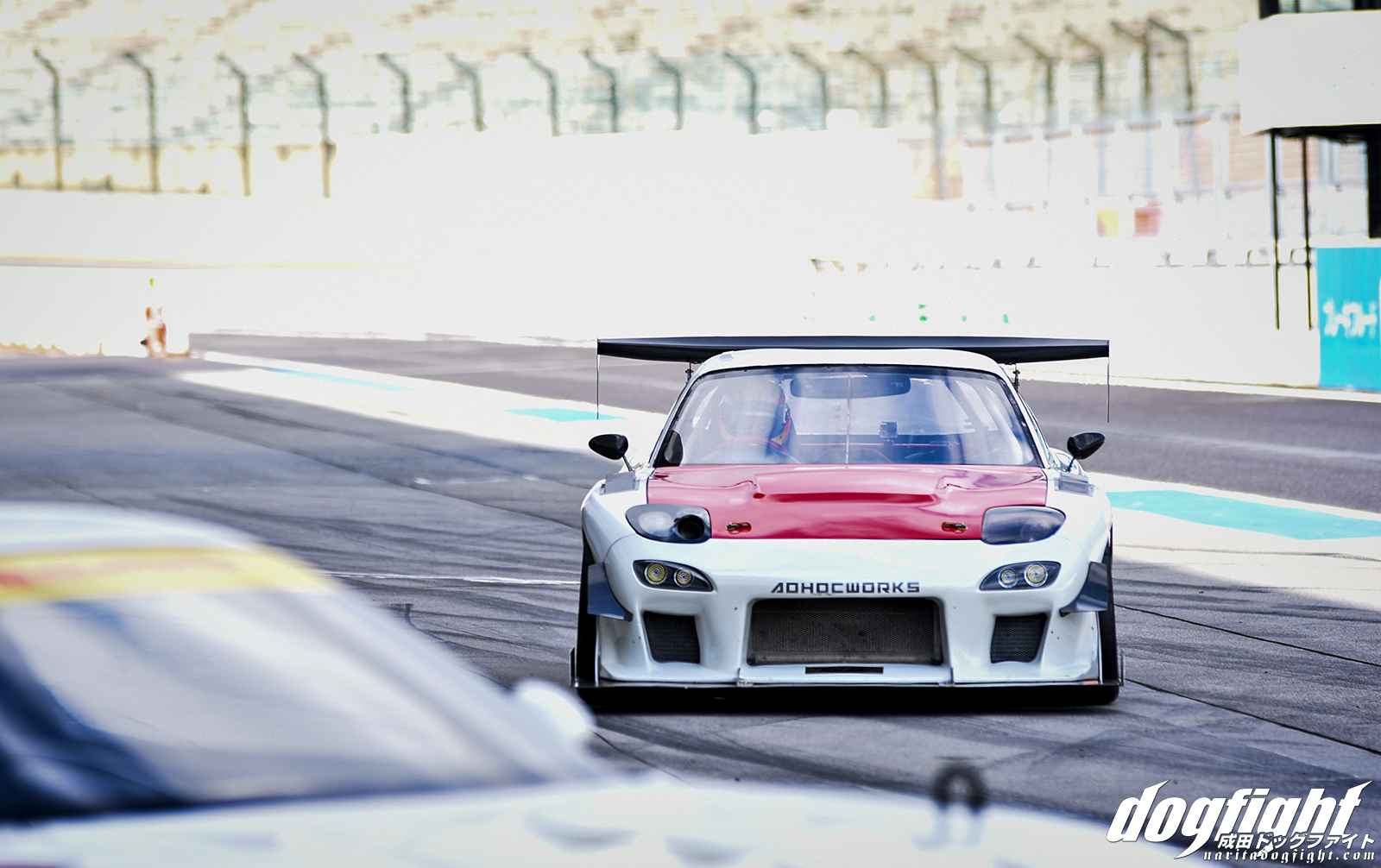 After a few outings, Matayoshi brought it back to the garage for the final time.  A best time of 2’17.568 was set and it was time to get the car back onto the flatbed for the long drive home. 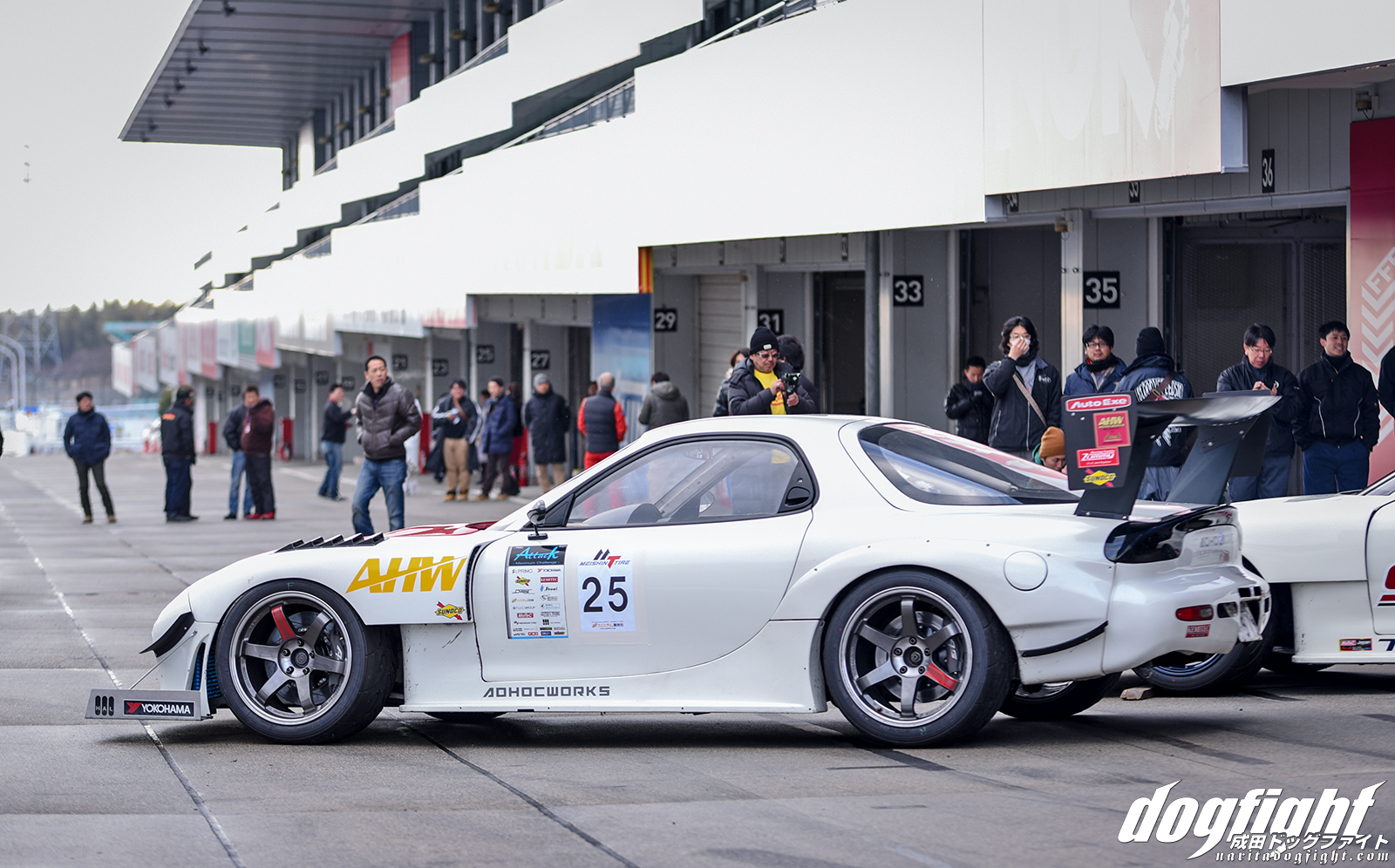 All in all it was a successfull day, and set the bar for a new time to be had at Suzuka.  Matayoshi is aiming to break a 2’09 at the track, in the dry of course – but that is for another day, perhaps next season.  With a good days work behind them, it was now time to sit down for some pork cutlet, and tea; Matayoshi’s favorite after track meal.  I’m looking forward to seeing this car progress next year, and can’t wait for the off-season to be over.