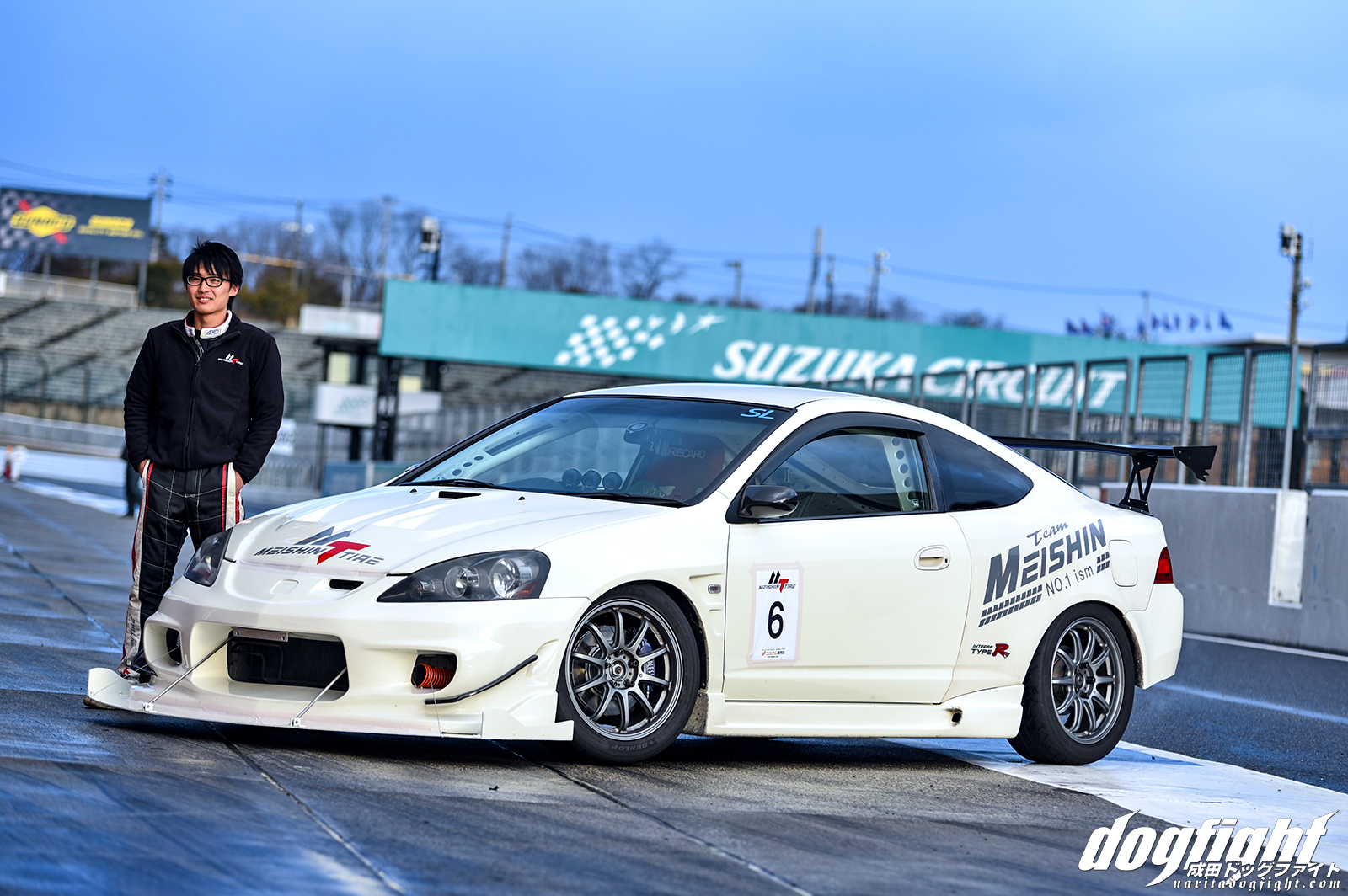 In the realm of time attack, most often than not, the phrase ‘less is more’ can be aptly applied in most circumstances (I think power and tire size being the exception). Even those competing in street cars forgo the extra amenities in favor of shedding overall weight in their car; a willing sacrifice if it means quicker times. More and more we see entries into the sport that push the boundaries of limited modifications; some even entering the circuit with untouched motors. Such is the case with Shoutarou and his Integra – a pair that push simplicity to it’s limit.

The K20A is an incredible motor. The default option for Honda Japan’s Type-R lineup has proven it’s credibility time and time again. The square bore and stroke, paired with it’s naturally high compression ratio of 11.5:1, was engineered to provide both usable power and reliability. This particular K-series motor is engineered so well, to extract more power from the platform would require a good amount of money and time. Shoutarou himself admits that the K20A motor is the overwhelming reason he loves his Type-R so much. His love for the motor is so much so, that he centered the entire build of his Integra around the ability to keep the motor stock. Honda’s reliability from an OE standpoint is outweighed by few, even under the abuse of time attack, and by keeping the motor stock, he was afforded more time to research other areas of the car that would benefit from modification. It wasn’t long until the build was at a point where Shoutarou felt content about it’s performance, and he set out to prove it on a handful of tracks around central Japan.

With modifications at a minimum, maximizing track time is easy. It’s a common recipe that many people use to hone their skills early on, or to adapt to a particular chassis all around the world. There’s no sense in hopping into a high power build if you’re not able to control it at it’s limits.  You aren’t able to mask your mistakes with power if there isn’t much of it to go around.  I suppose that’s one of the draws to a near classless attack series; the freedom to push yourself and your car regardless of other’s performance. As a result of this, I don’t think I’ve seen anyone drive as much as Shoutarou. Bouncing from circuit to circuit, year round, he drives the Integra as much as possible, gaining valuable experience from each lap.  Accumulating knowledge on how the car will react in different conditions, his skill in driving the car increased rather quickly.  As each circumstance played out, the car’s predictability around each corner could be found; even in wet conditions; where Shoutarou thinks FWD shines over RWD. 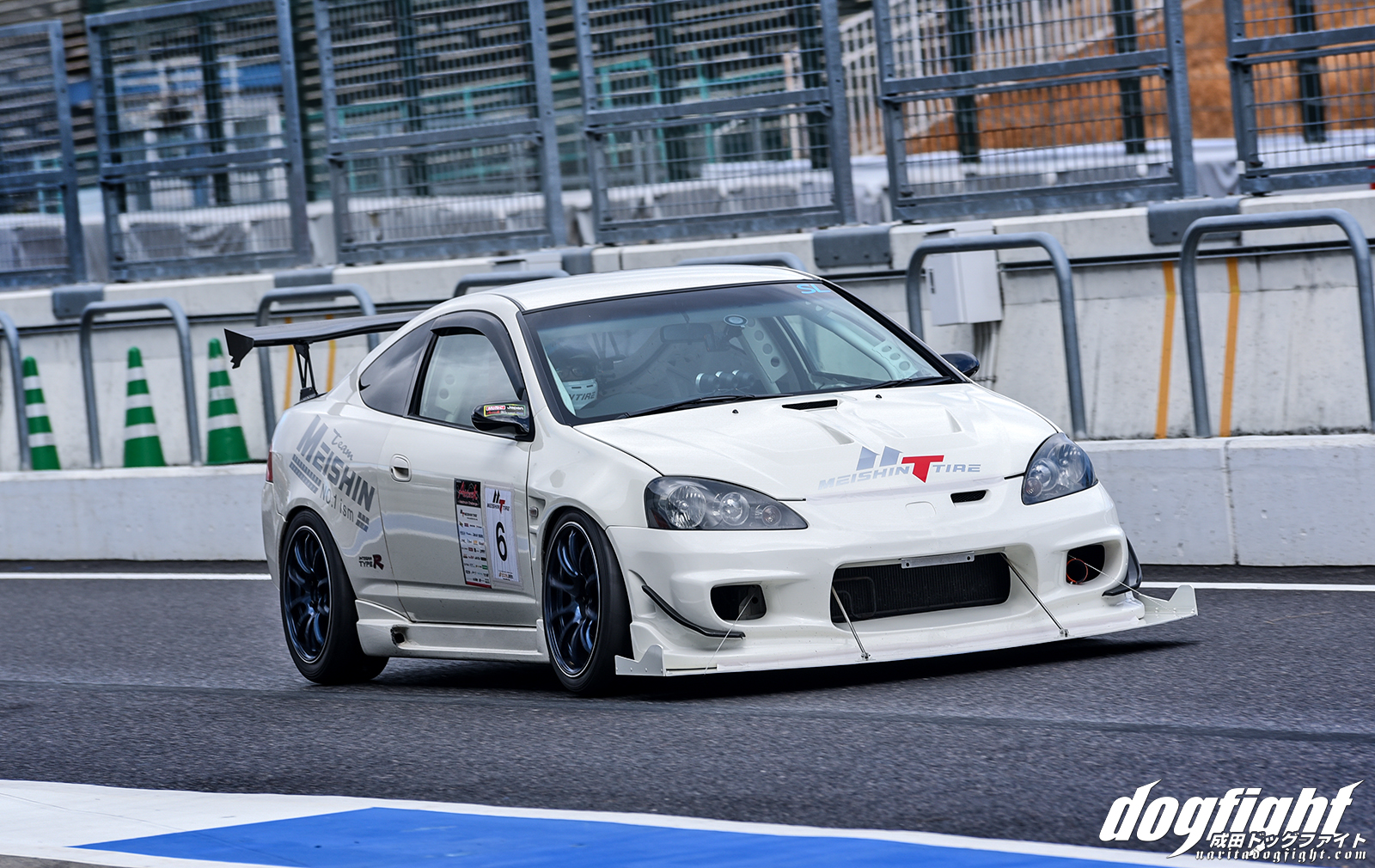 The motor may be virtually untouched, but the car itself has a good amount of well thought out changes done to it.  The support shop that Shoutarou chose to assist in the build is none other than Osaka’s, Aslan; the shop most known for Ton’s turbo K-series EG6 build.  Being from Kobe, the quick drive East to Aslan wasn’t that far, and the fact that there would be no major engine work done it wouldn’t leave him without a car for any period of time.

Aslan prepared the chassis with a fully custom roll cage, gussetted at the A and B pillars.  Sometimes the forgoing of safety equipment for either money or weight savings gets questioned in the grassroots arena, but like myself, Shoutarou thinks that safety is a necessary component of the sport, wearing a full race suit and HANS device each outing; a mindset I think everyone involved should adapt.  The cage provides both safety and the bonus of making the chassis more rigid.  Aslan also crafted a custom exhaust to compliment the K20 motor.

An ATS LSD replaces the factory limited slip, and a carbon ATS clutch handles the on-track duty that the stock clutch may not have been able to handle. 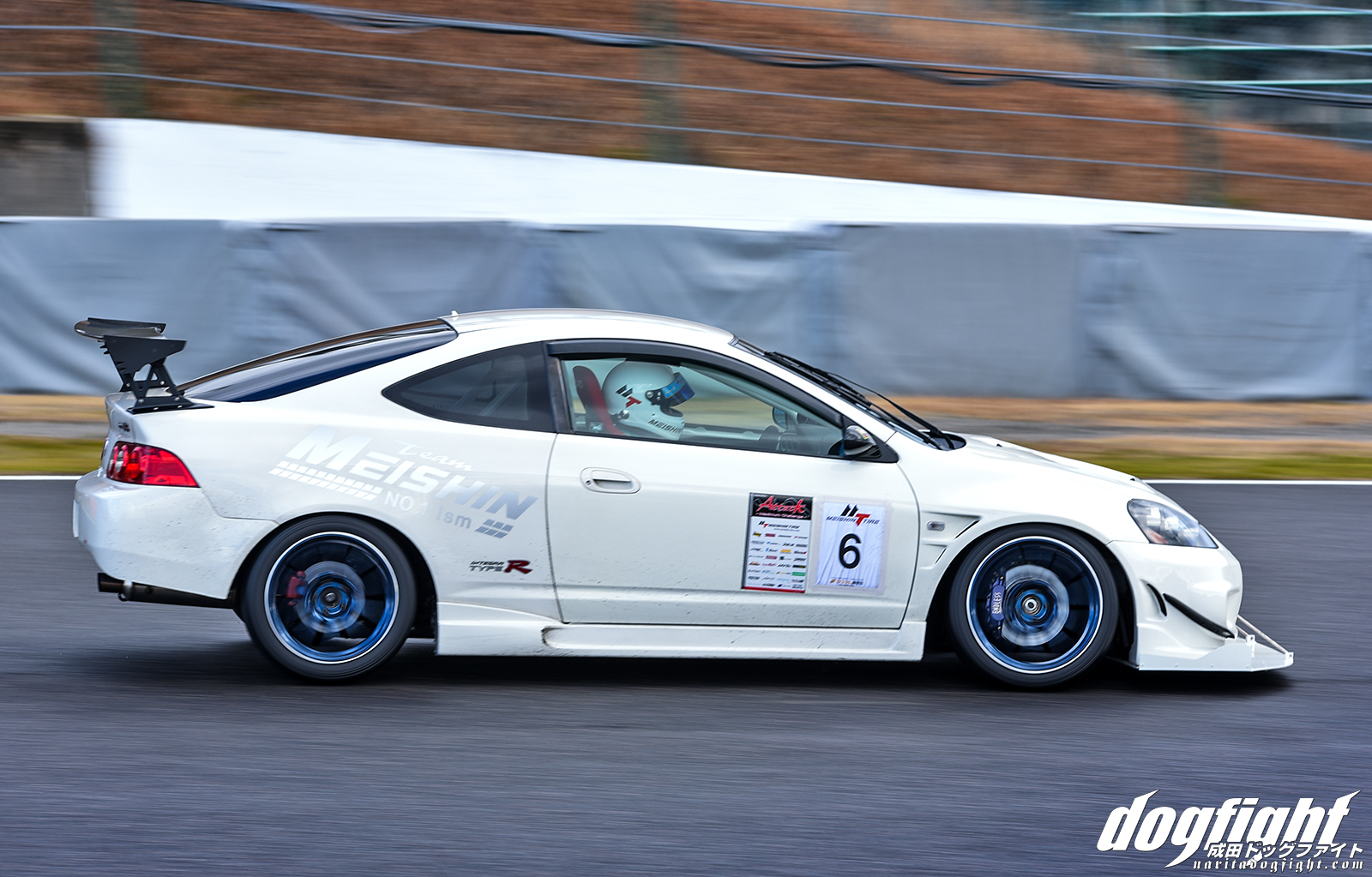 For suspension, they chose SPIRIT dampers mated with Swift springs; 22k up front and 24k rear respectively.  Stiff spring rates are very common in Japan, and there are no exceptions in this case.  The front brakes have been traded out for Endless 6 pot calipers and larger rotor – the rear brakes remaining stock. 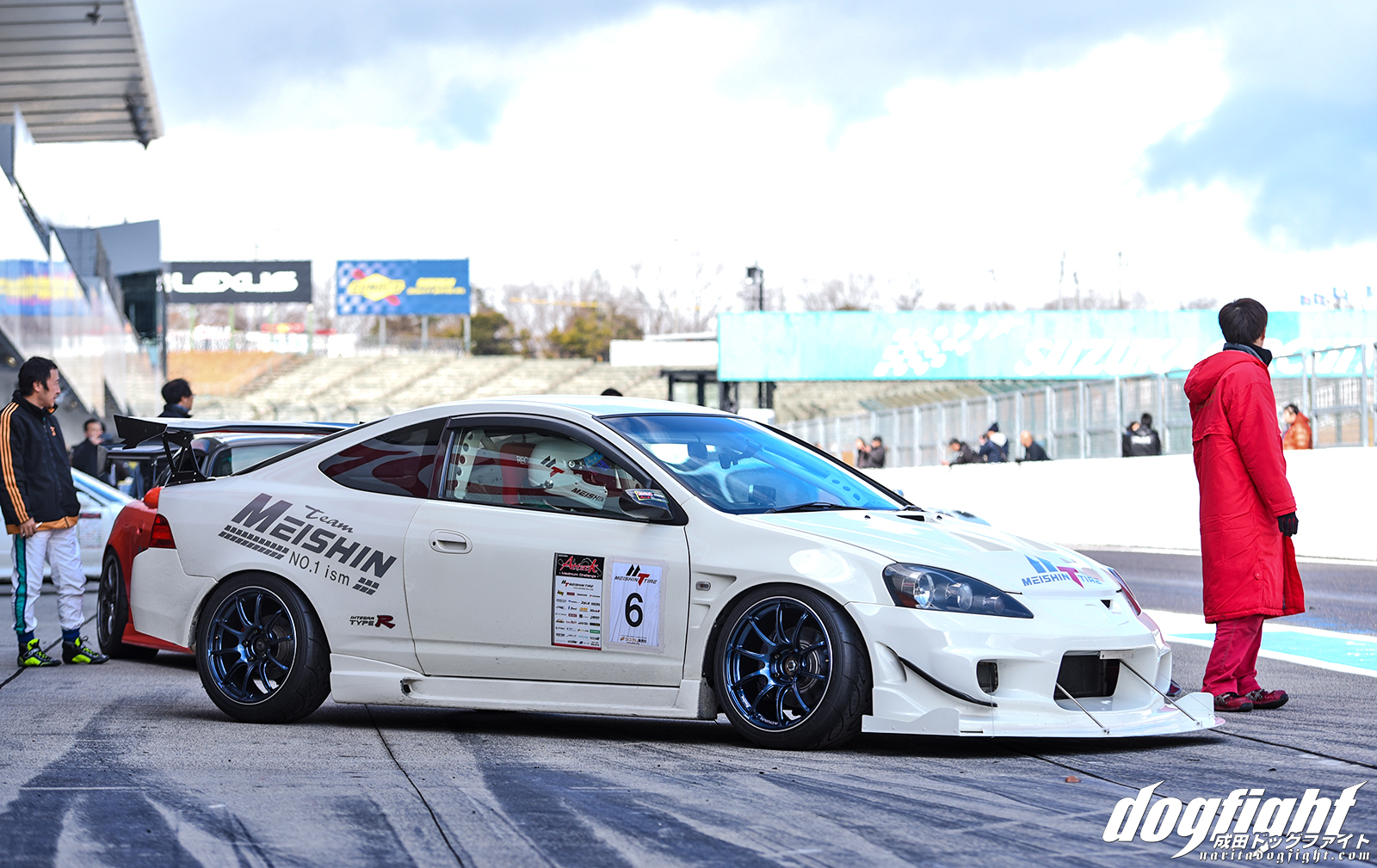 Ings+1 aero adorns the exterior of the car adding to it’s now slightly ramped up modifications.  Aslan crafted a front splitter and canard setup to compliment the front end.  A Voltex rear wing sits atop the trunk. 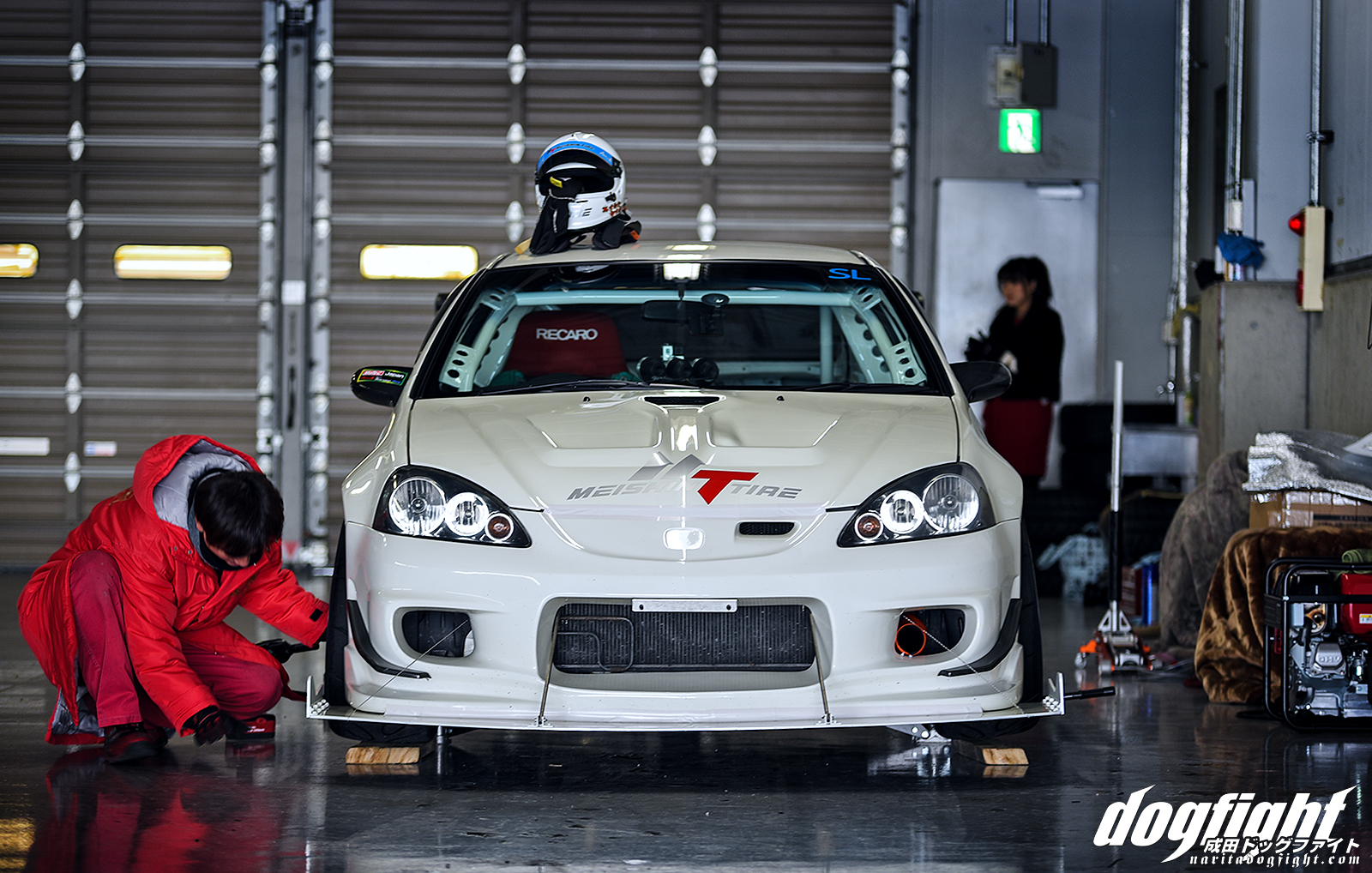 The interior of the Integra has been gutted from the dash back.  Carbon door cards replace the heavy stock parts, and aside from the dash, no other interior remains.  The heavy factory seats have been replaced by a single Recaro SPG, and a handful of gauges give the driver information regarding engine vitals relayed from the ECU.  The car now weighs in at about 2,336 pounds and makes a claimed 200hp at the wheels; just about the factory level. 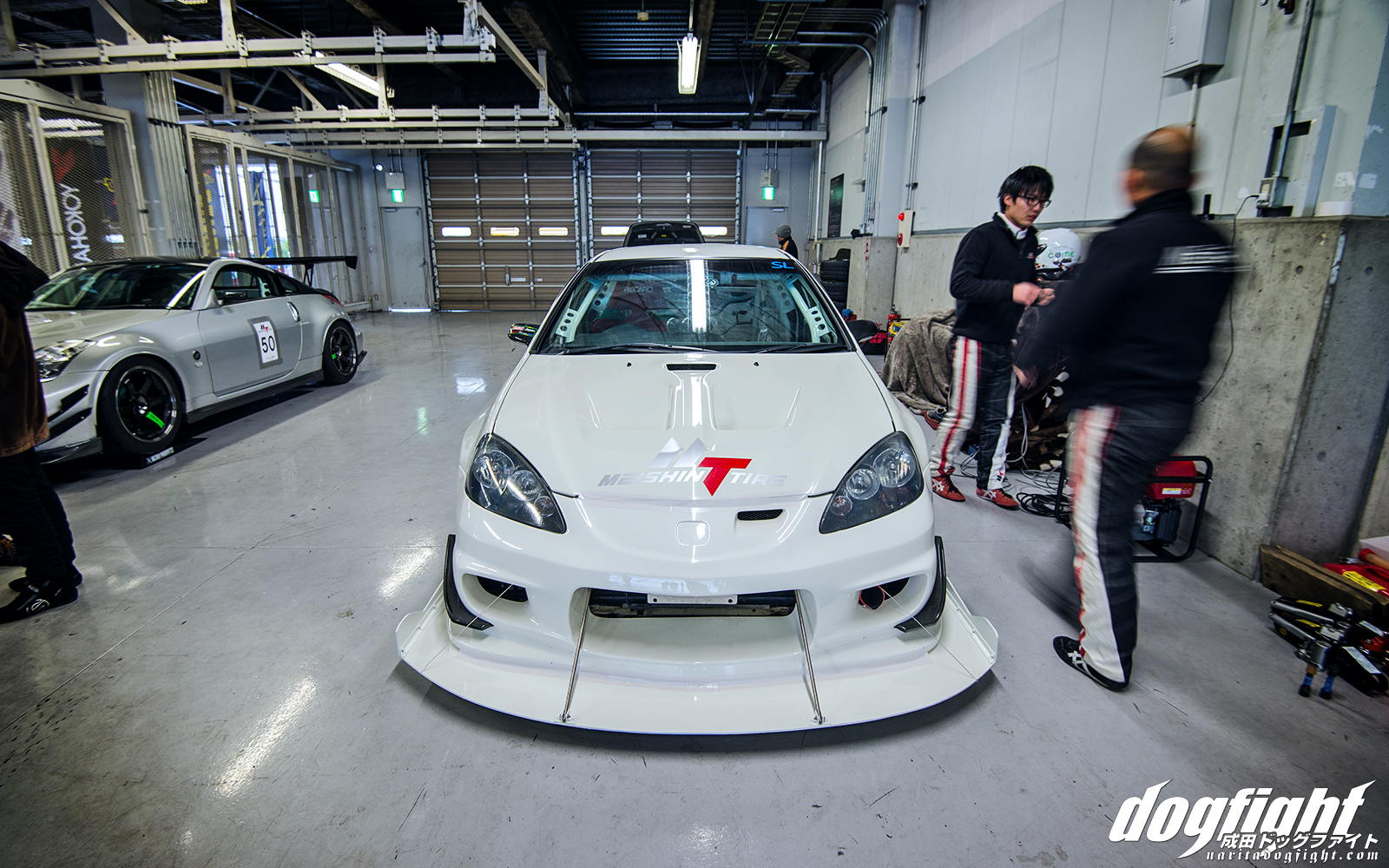 The car really is a testament to the importance of choosing your modiciations wisely.  It sure looks good, especially for being able to count the changes on one hand. 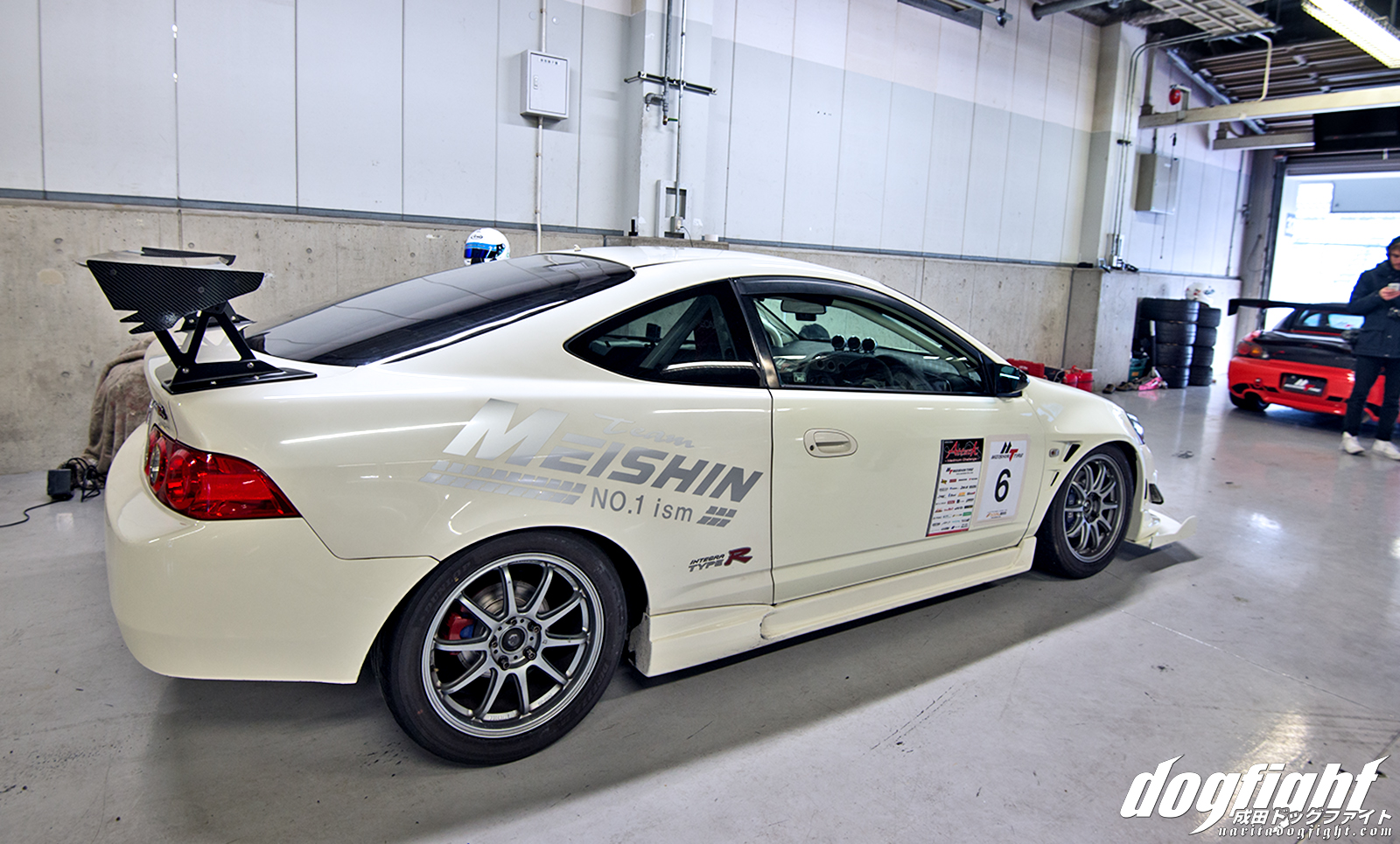 Various wheel and tire setups are used, of course, on and off the track – this is still very  much a street car. 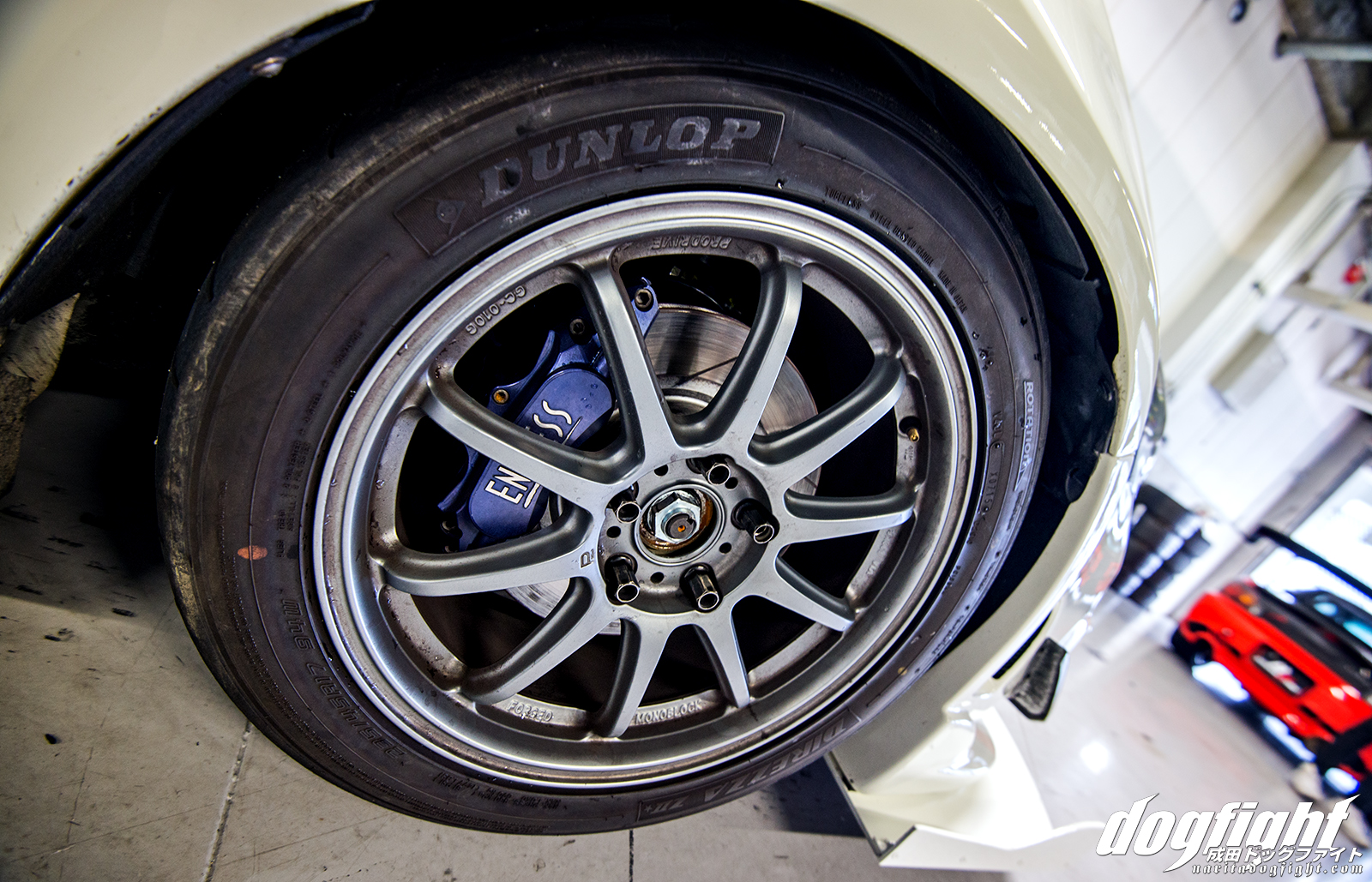 A closer look at the Endless front calipers. 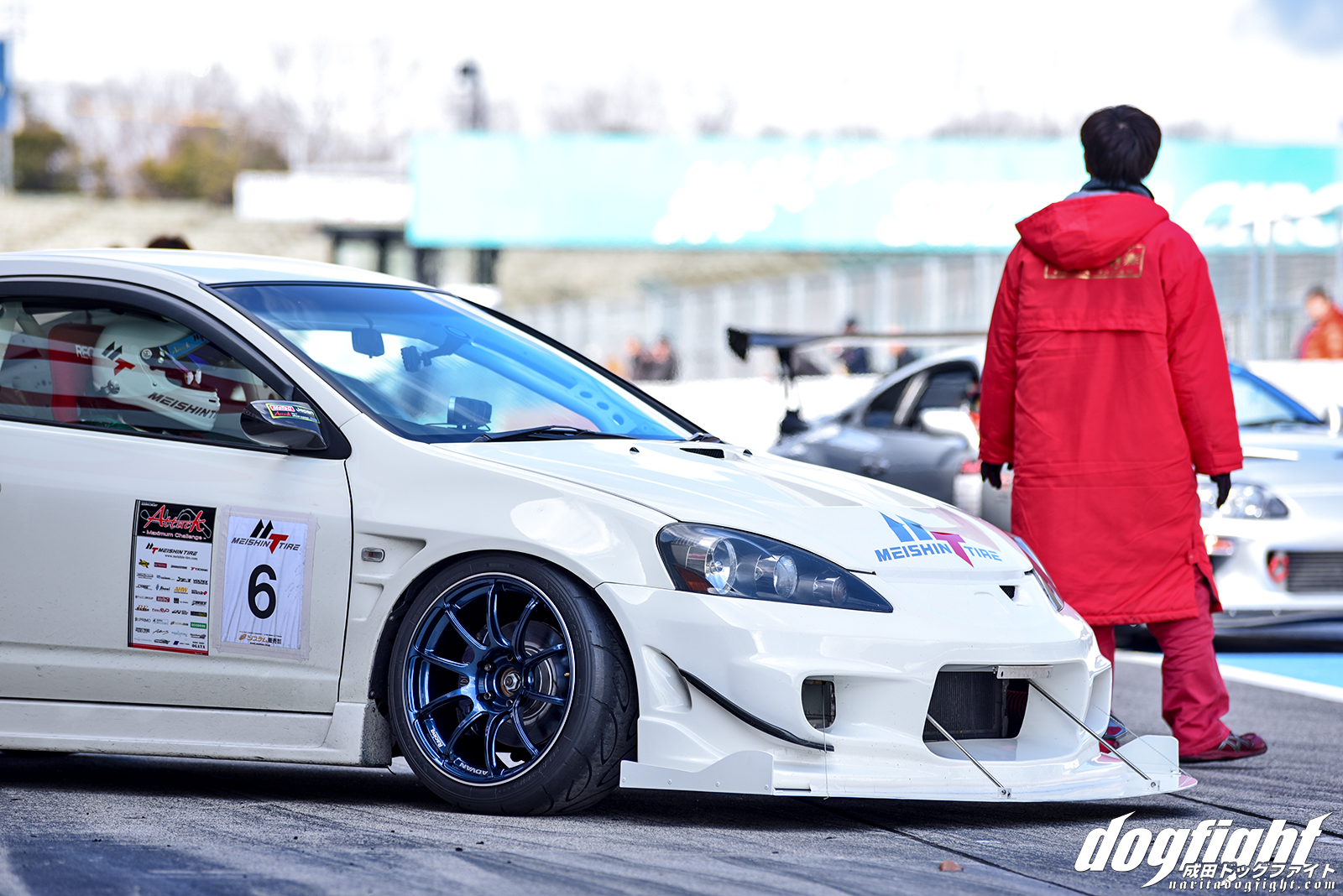 If you can’t find Shoutarou on a track somewhere, then it’s probably because he’s out fishing in the bay, or eating sushi at his favorite local sushi bar.  You’d be hard pressed to catch someone else that is as dedicated to a finding time in this fashion.  It’s not the easiest way, but it’s the best way to lay a foundation of good driving.  He’s already established a personal best at TC2000 of 1’01.919 and is aiming to knock another full second off that.

Could Shoutarou and his DC5 set the tone for the next wave of time attack drivers?  At the young age of just 23, he is proving that you don’t need a dedicated track car to set impressive times, and showing once again that experience and consistency are the two most valuable assets of driving.  He has aspirations of owning his own tire shop one day, which would open doors to become even more involved with the sport.  With many more years of racing to look forward to, it will be interesting to follow to see if he adheres to his current philosophy or reverts to a more traditional means of increasing speed.

Check out the video below of Shoutarou and his team mate having a bit of a dogfight at Central Circuit this past weekend with his friend driving the Meishin S2000: