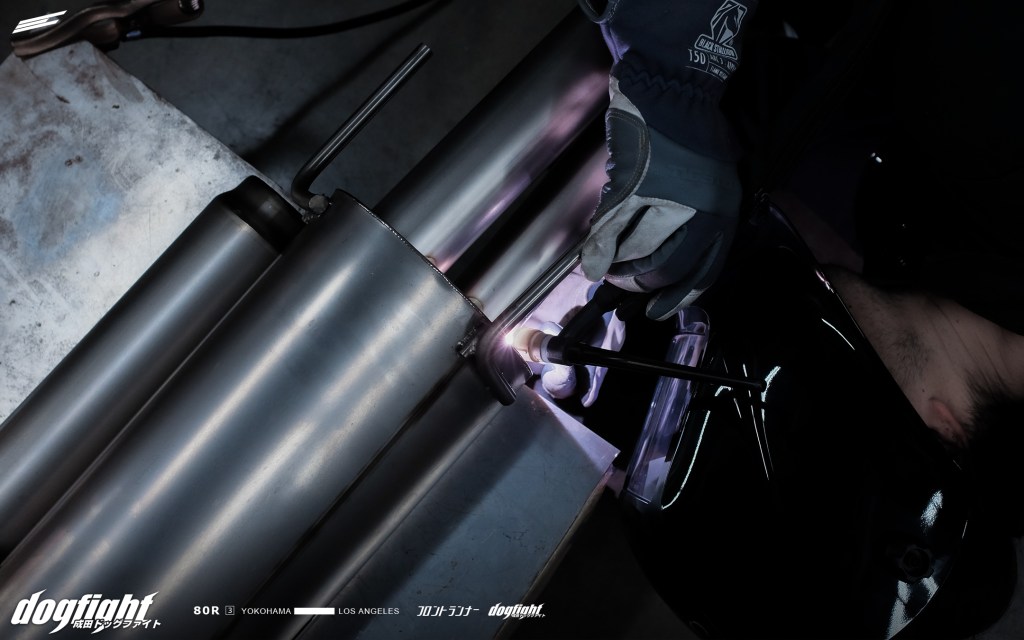 If you missed the last update, you can access it here to get an idea of what I’m referring to; it was definitely not a complex issue, but annoying nonetheless.  Without the OE, oval shaped exhaust tips mounted on the rear bumper, the exhaust gases were just hitting the back of the bumper and melting it from the inside out.  I figured the easiest way to fix it was to order some titanium tubing from Ticon, and just make my own extended tips.

So, I took some measurements; length from muffler to desired length out of the bumper, and outside diameters f each of the tips on the iCode mufflers, as the lower unit is a bit smaller.  I ended up ordering 24″ of 2.25″ ID (.039″ wall), and 24″ of 2.5″ ID (.047″ wall) CP Grade 1 titanium tubing and it worked out almost perfectly as far as the length went.  Once they arrived, it was as simple as measuring, finding the proper angle of cut, cutting it and welding it onto the muffler.  Here are some photos: 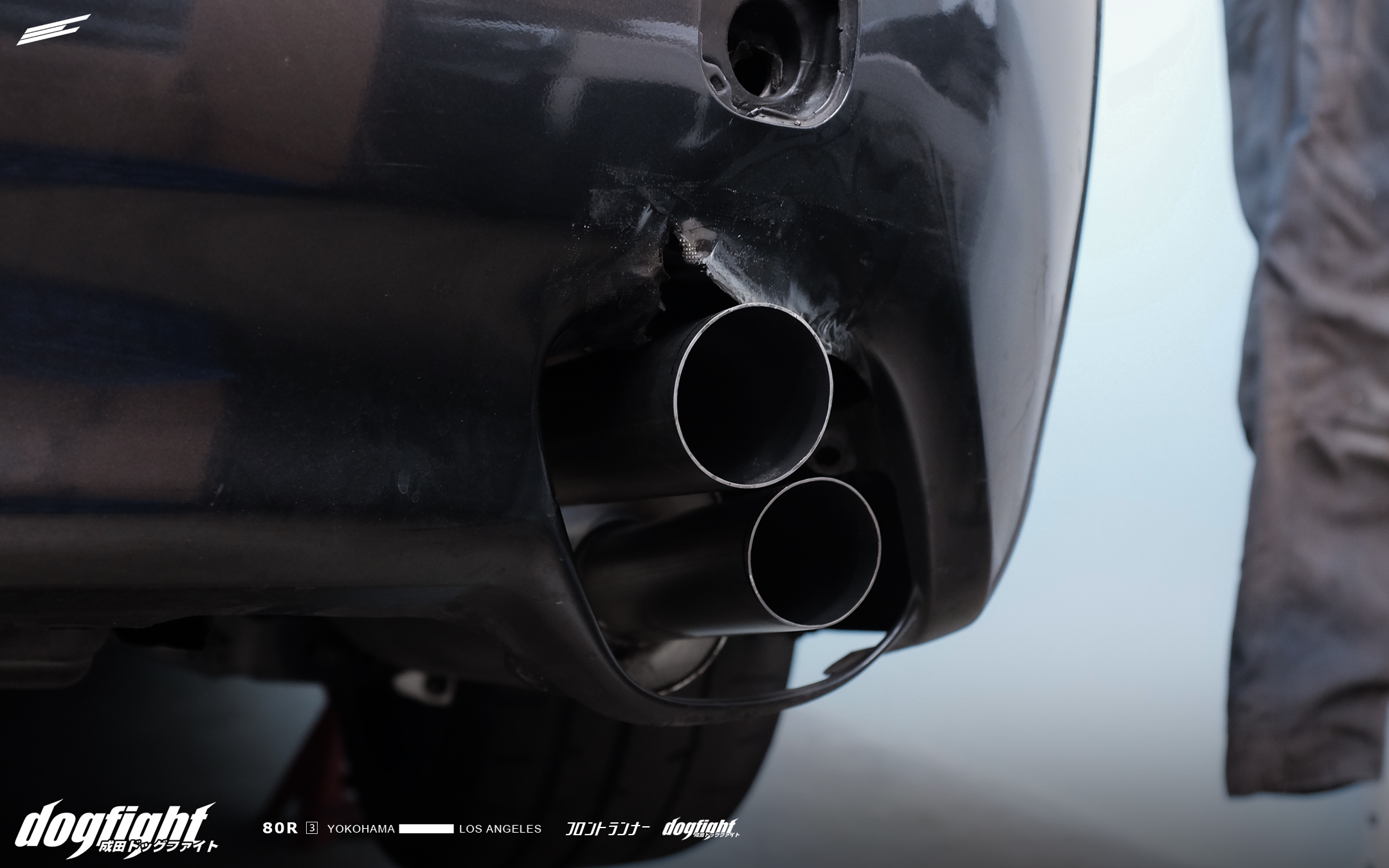 Mocked up the cut pipes.  Disregard the destroyed bumper – still decided on whether or not I should get a new OEM unit or do something else. 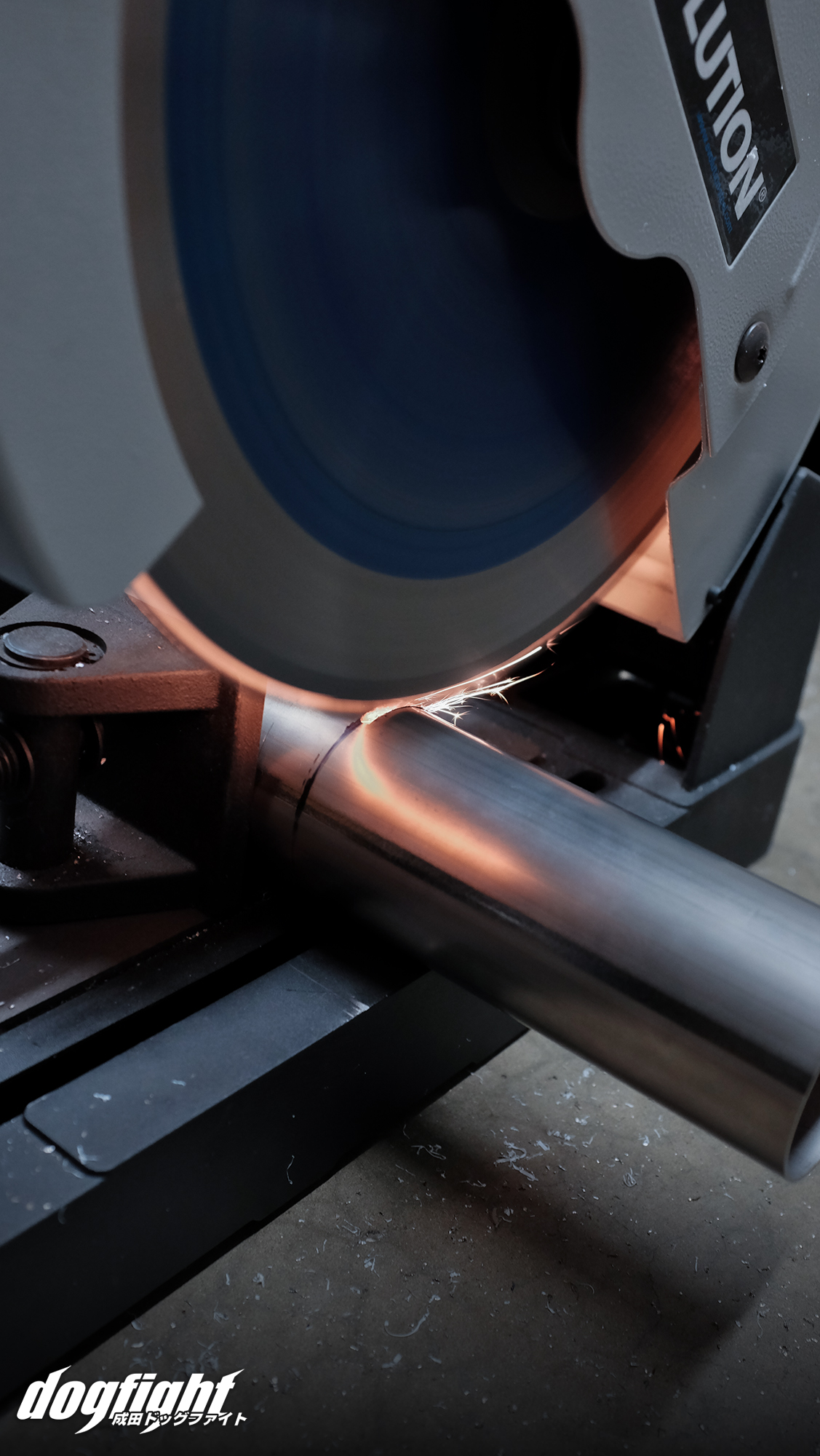 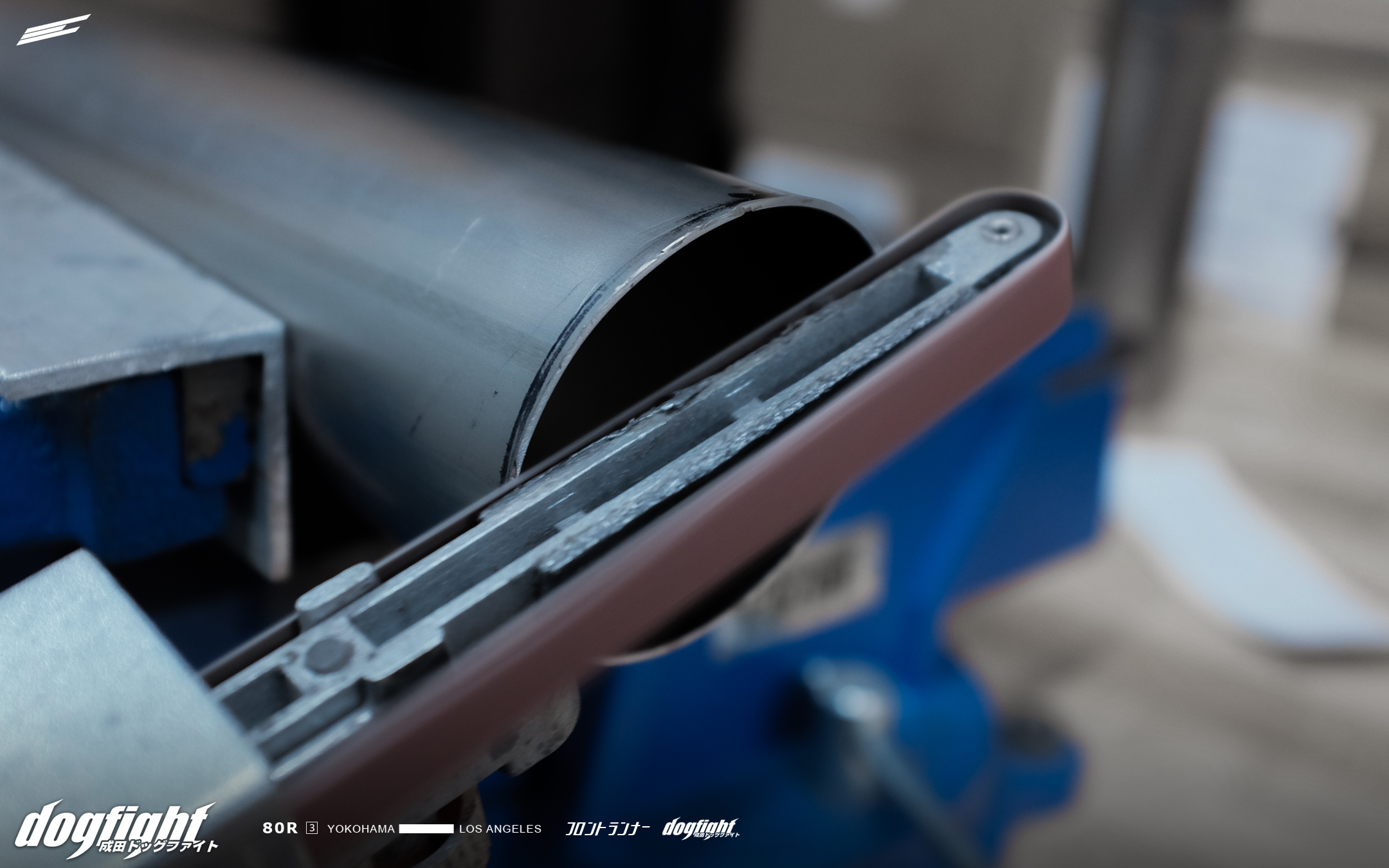 Our Evolution cold saw did a pretty decent job cutting the titanium.  Kristian and I have used this saw, with the same blade, extensively for the past year or two predominantly cutting steel and aluminum.  The carbide blade we have in it is technically for steel (mild or stainless) and aluminum, but supposedly was cleared to cut titanium, but I’ve never personally cut titanium with it.

For the most part it did well, it did however catch on two of the angled cut pipes when it got about 3/4’s of the way through.  I think this was mostly because of the age and prior use of the blade.  It wasn’t a huge issue, but did bend one of the lower pipes fairly bad.  I was able to round it back out again with a cone from a tire balancer.  Once the pipes were cut, I used a hand held sander to get rid of the burs and smooth out the tips. 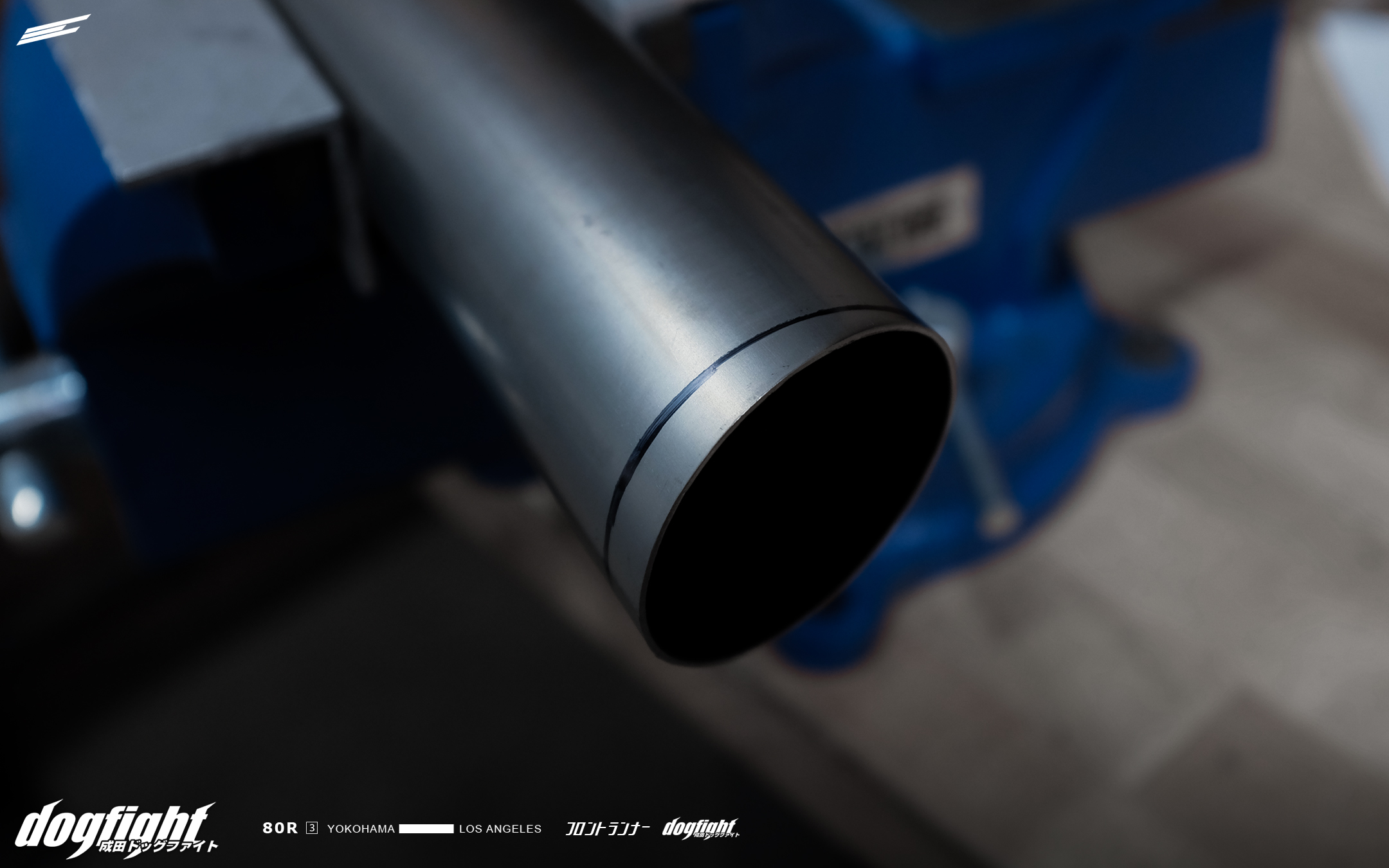 Here is a cut and finished pipe. 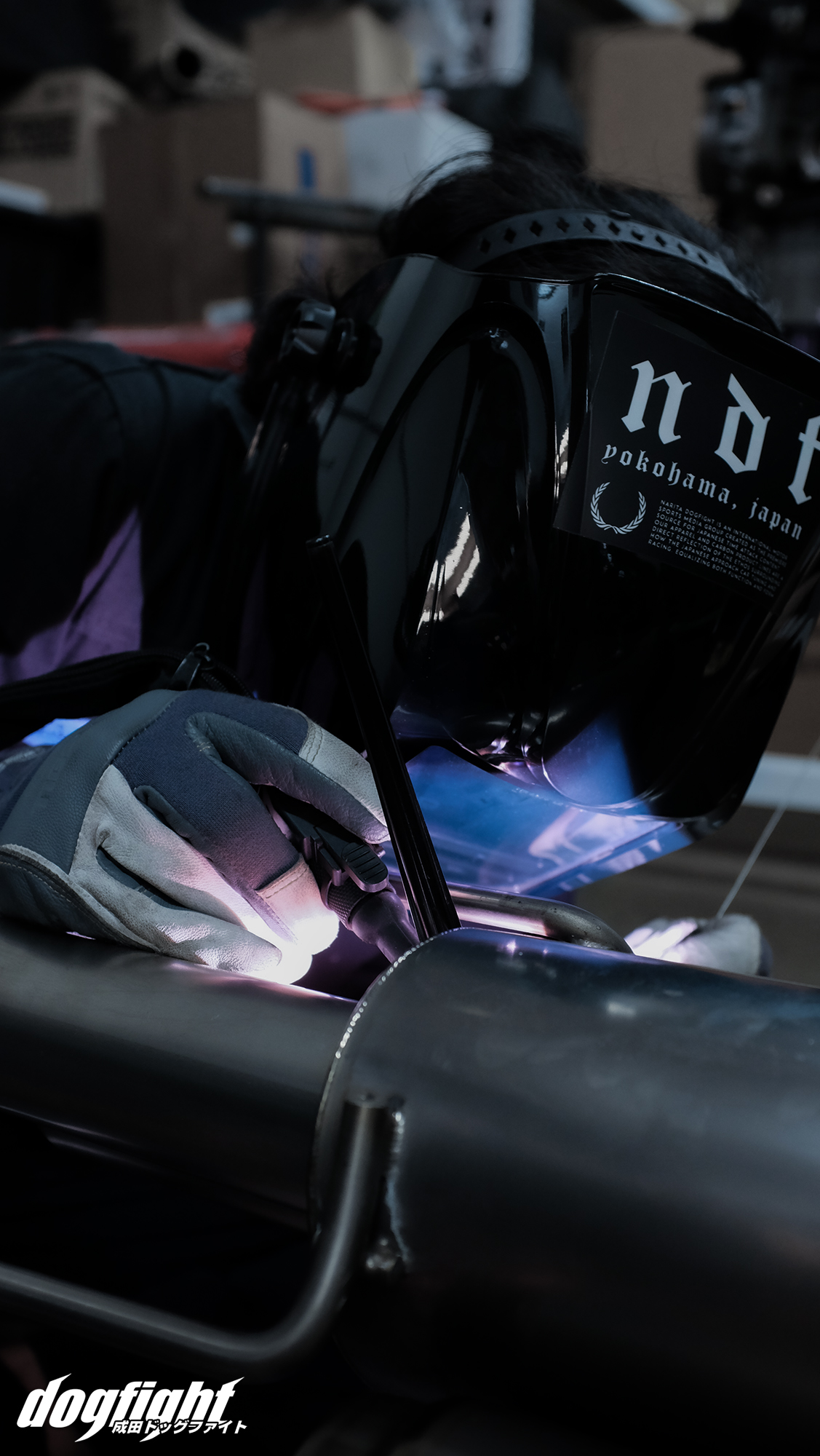 I got the surfaces cleaned up with acetone and slip fit them over the existing iCode tips in the proper rotation, and let Kristian work his magic with the welder. 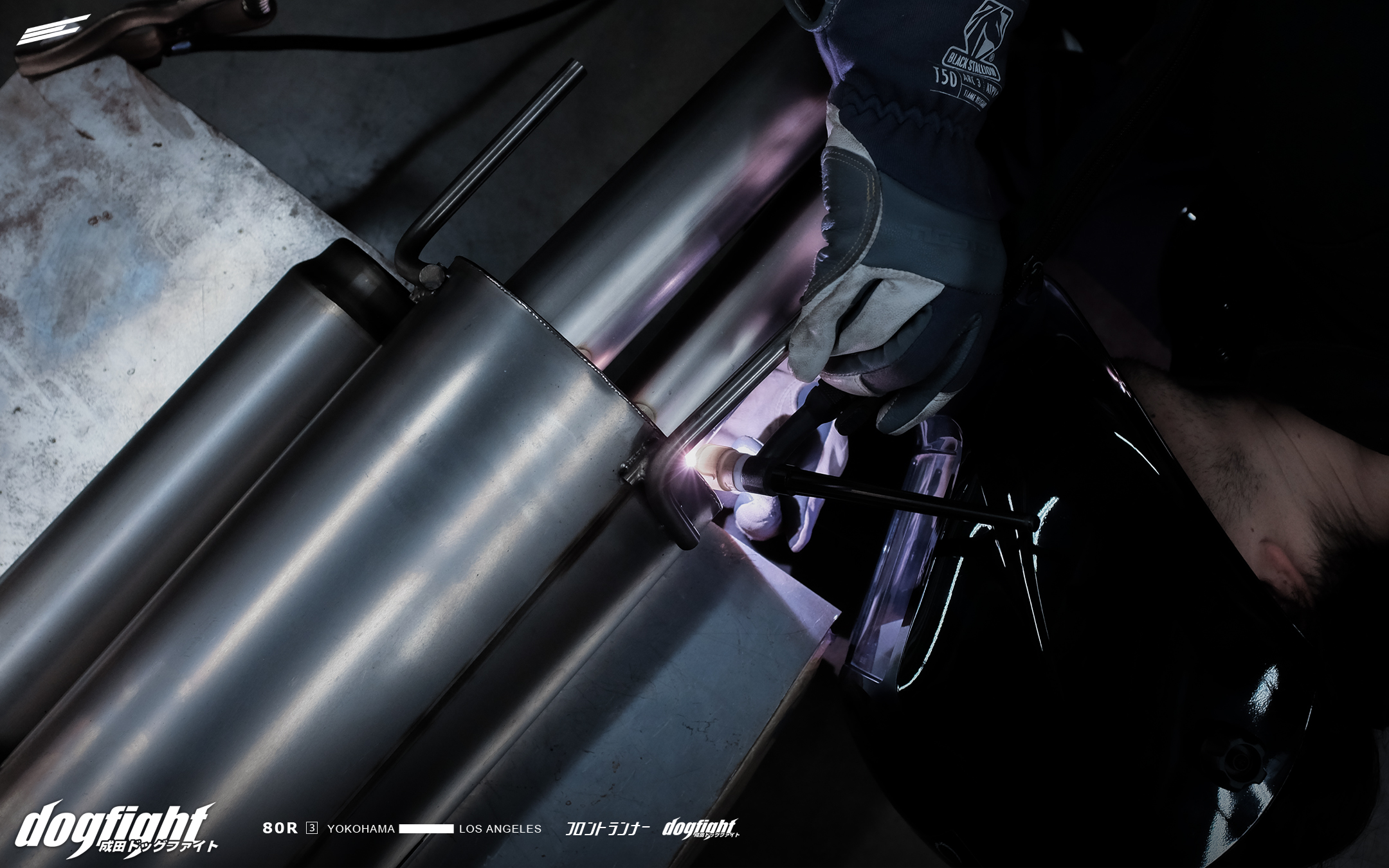 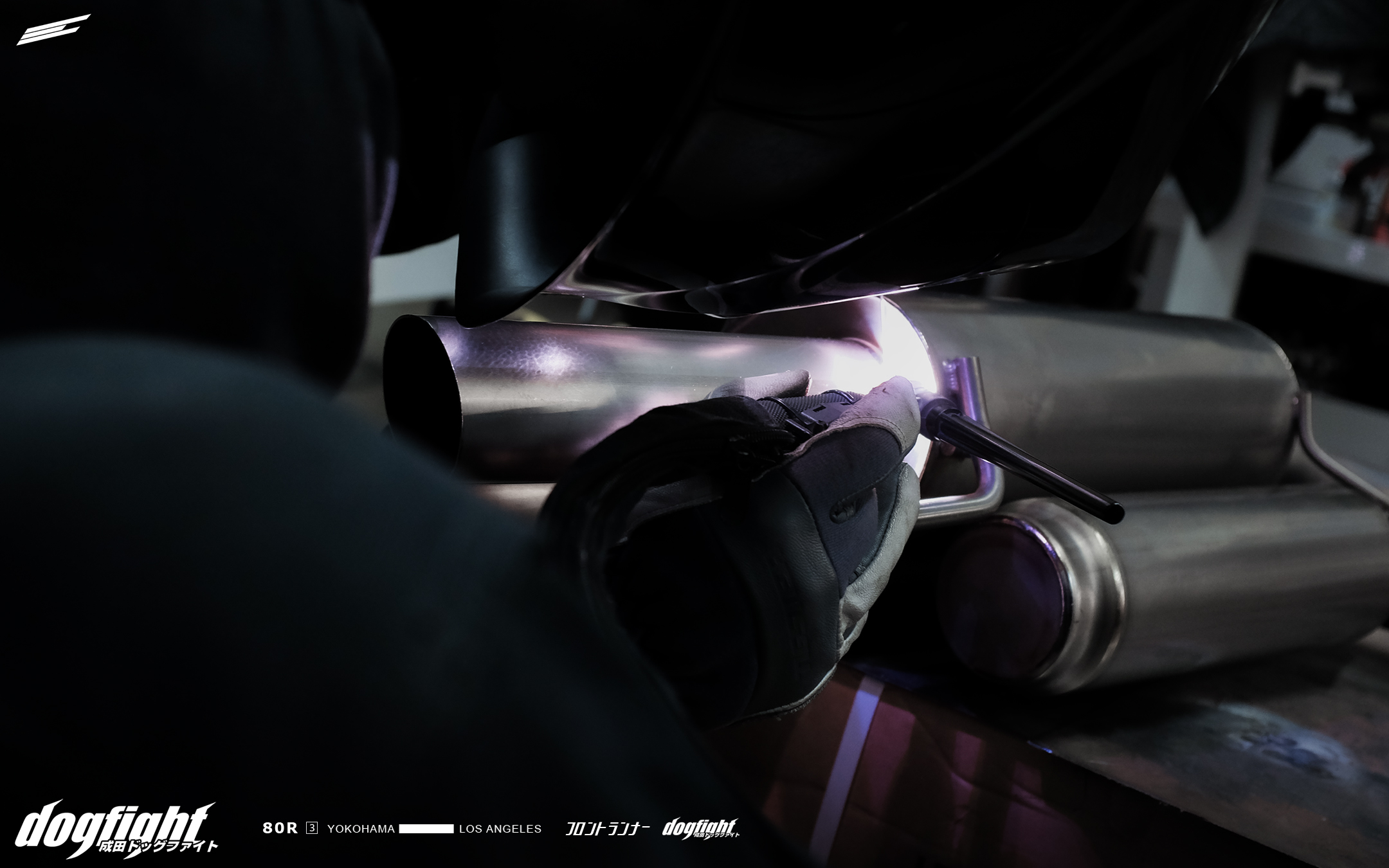 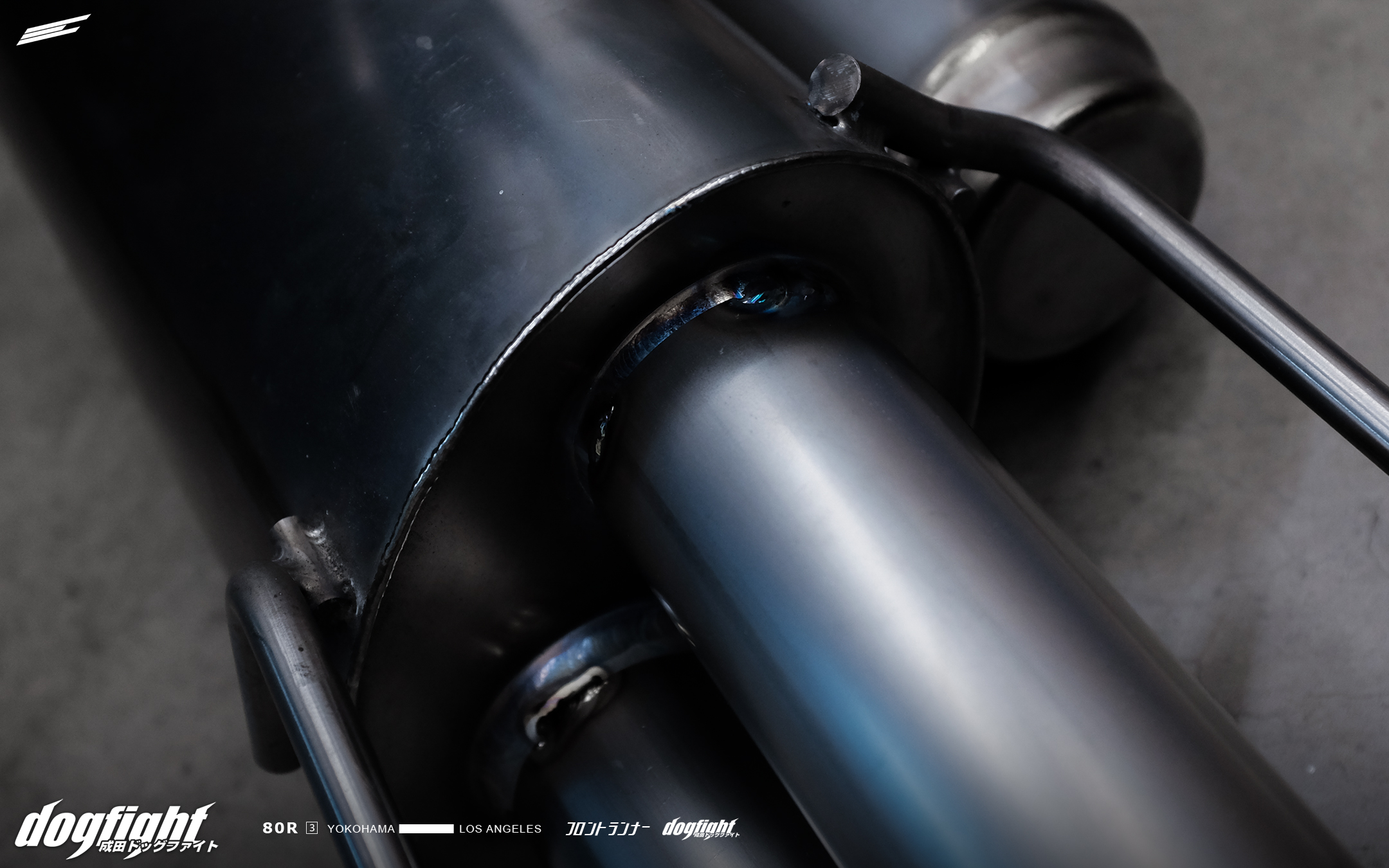 He made 3, approximately 1 inch long welds around each tip.  The fit was so well there was really no gap to center. 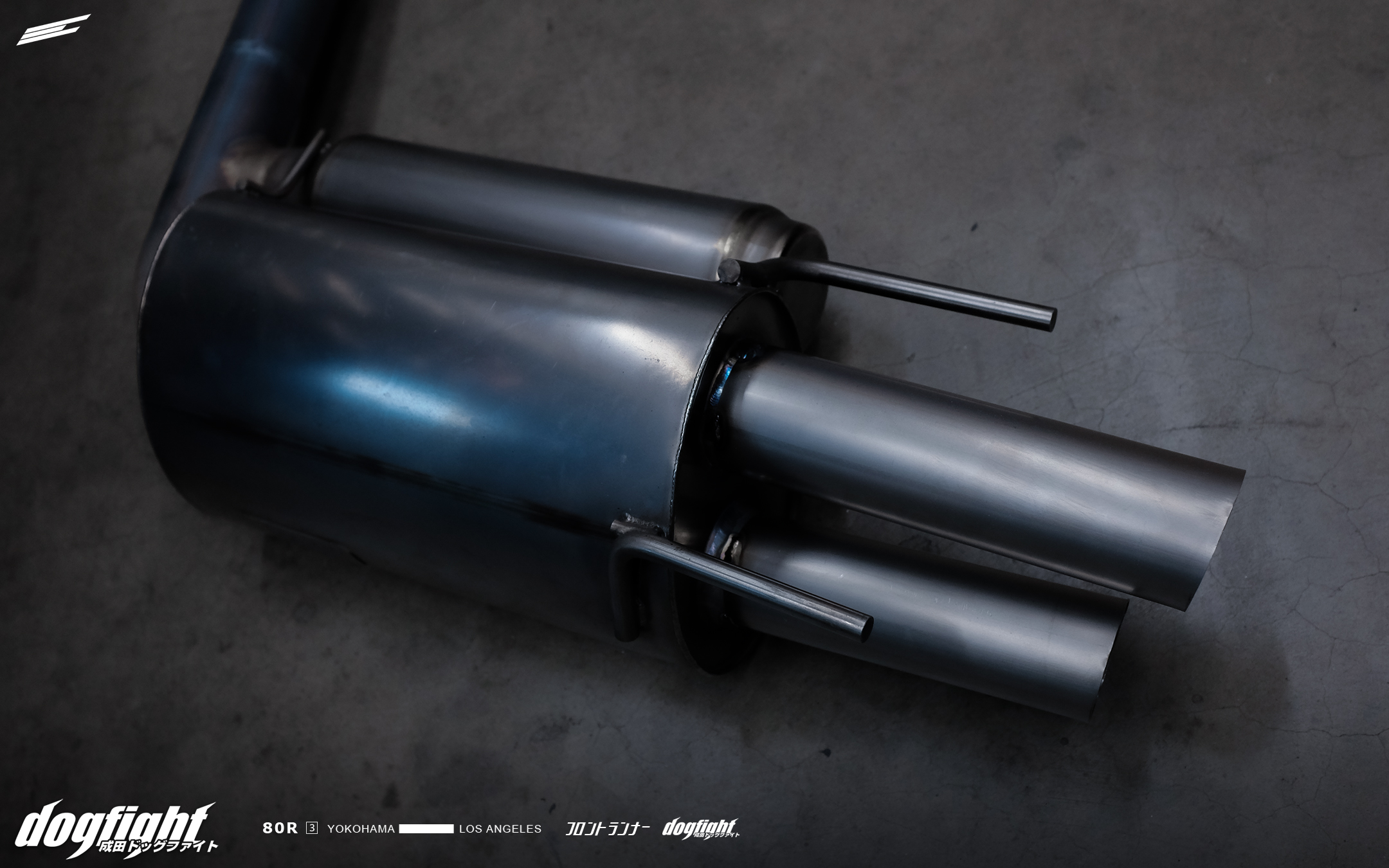 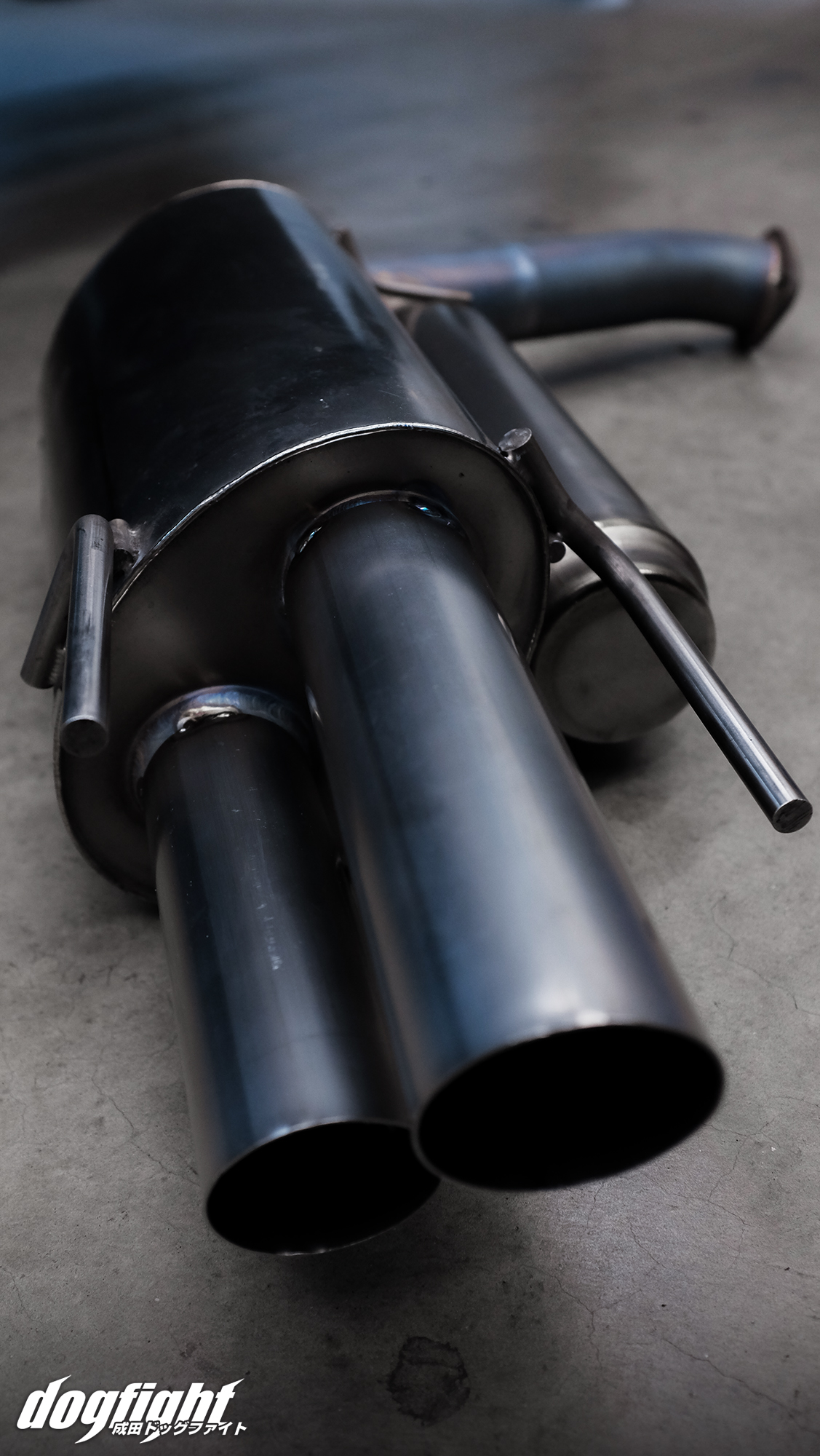 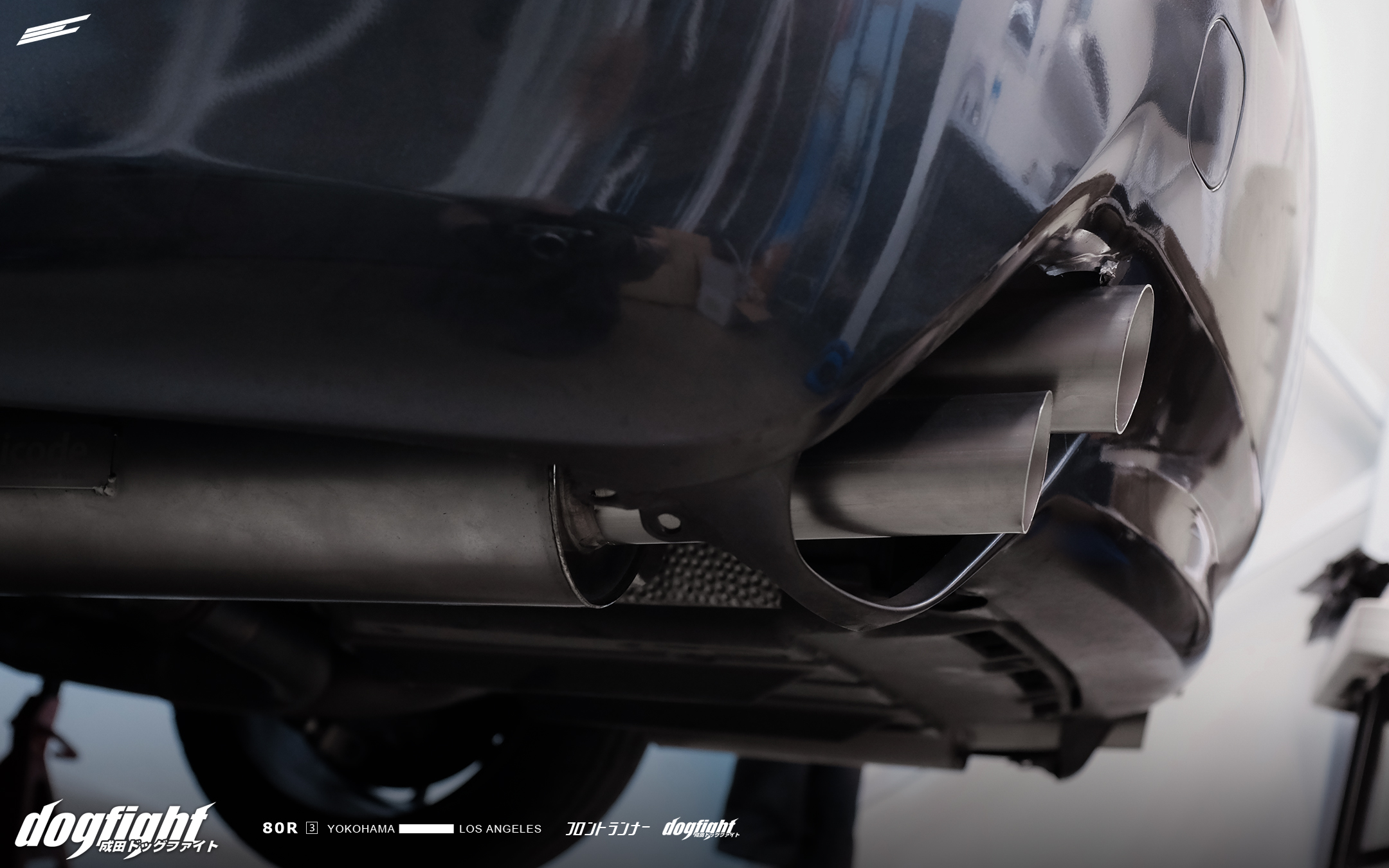 I got the exhaust fitted back onto the car and made sure everything fit symmetrically.  Other than that one tip that got caught up in the saw, it exceeded my expectations on how well it looked. 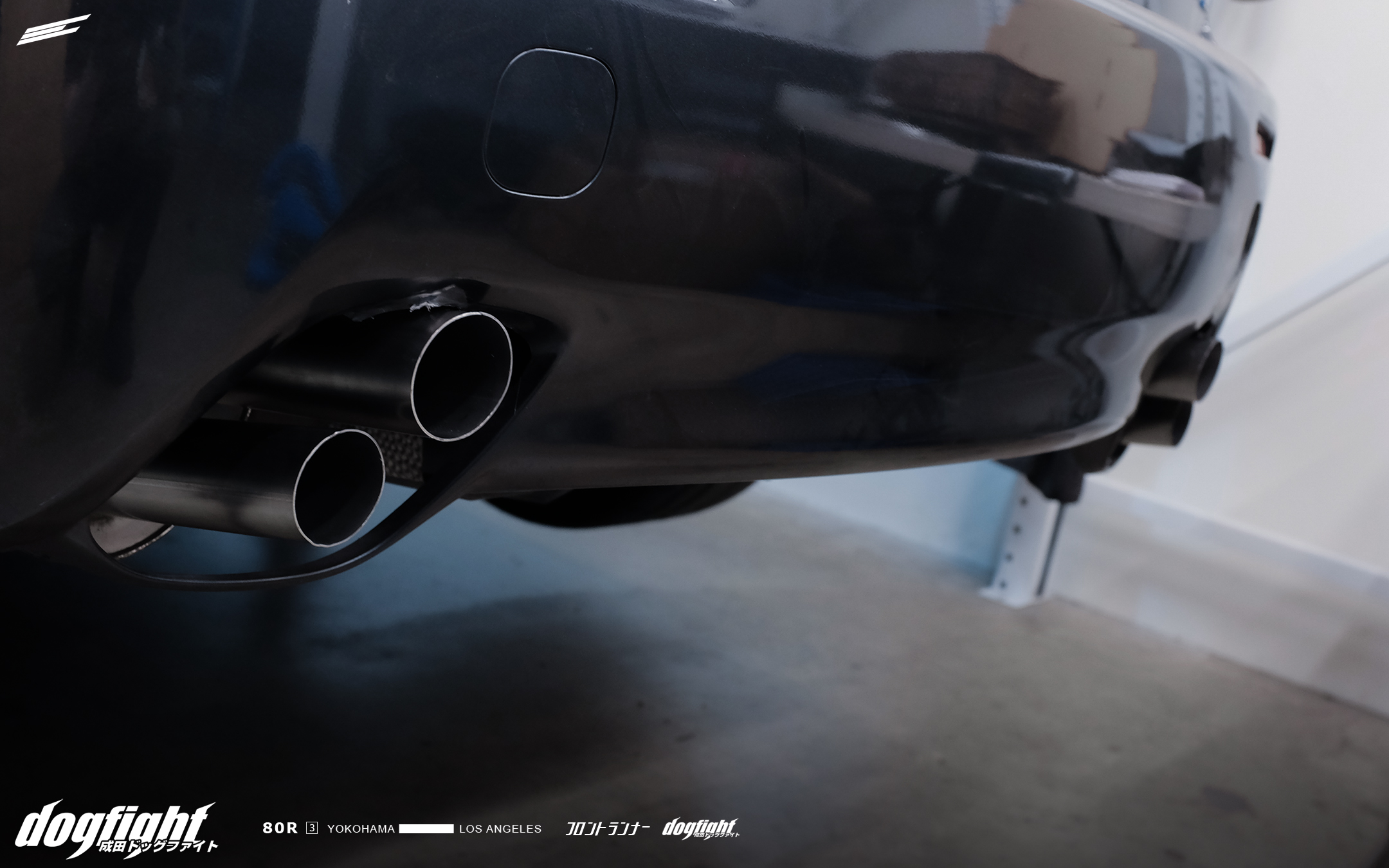 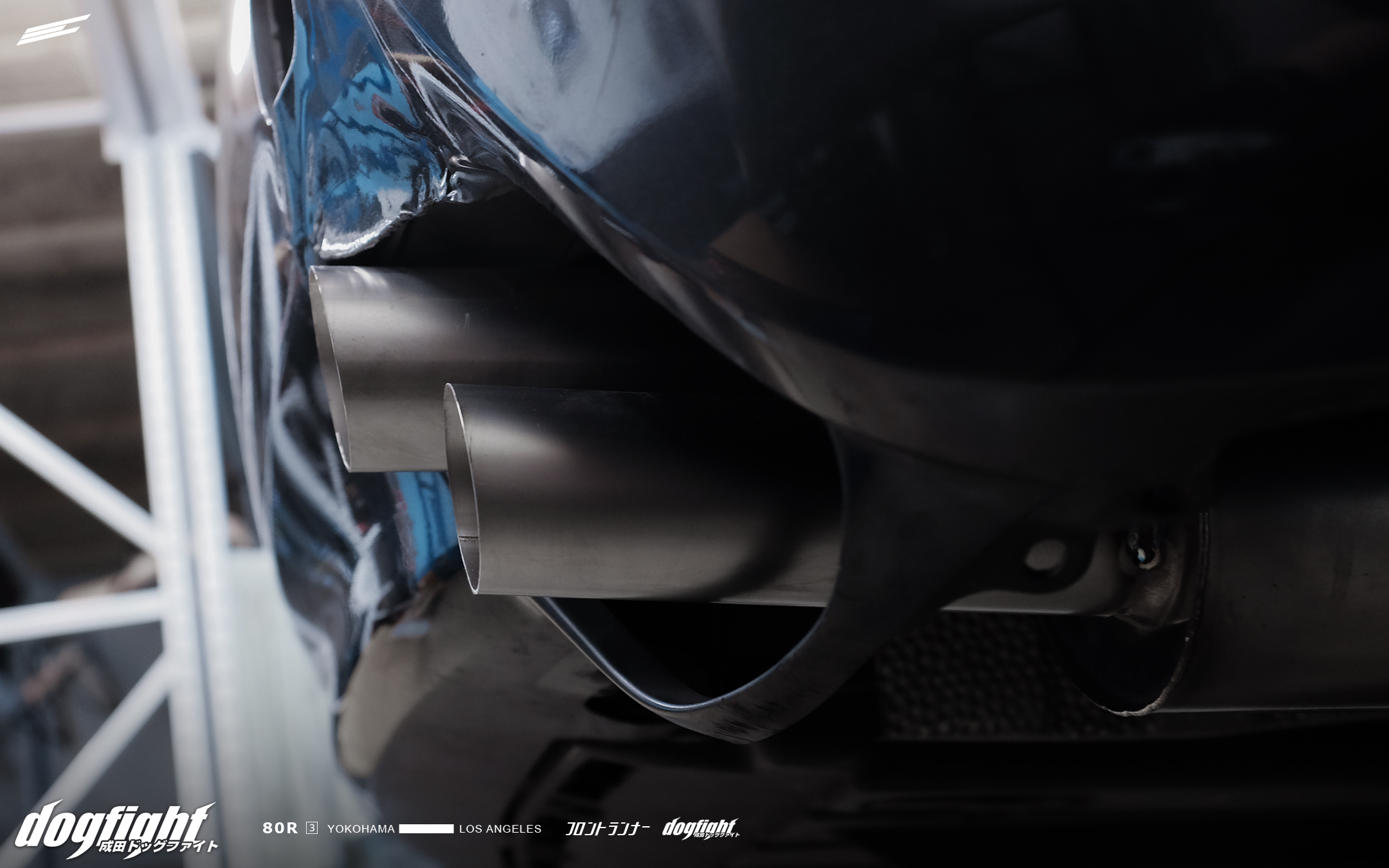 The last thing to do was to fix the ride height from the mess we made of it at SOW before this and get an alignment.  I was hoping that raising the car equally all around would assist with fixing the cutting of the tire in the rear.  I messed with it for a few hours, took a few spirited test drives to make sure it wasn’t rubbing, and eventually settled for what I thought was passable.  Unfortunately, I wasn’t able to get an alignment in time, so we were once again stuck with mystery alignment on a car that had even more adjustments made to it.

At any rate, I was excited to drive Buttonwillow again after so long.  Last time I drove BRP was 2 years ago, and prior to that another 2 years, so I admittedly do not have much seat time on this track. 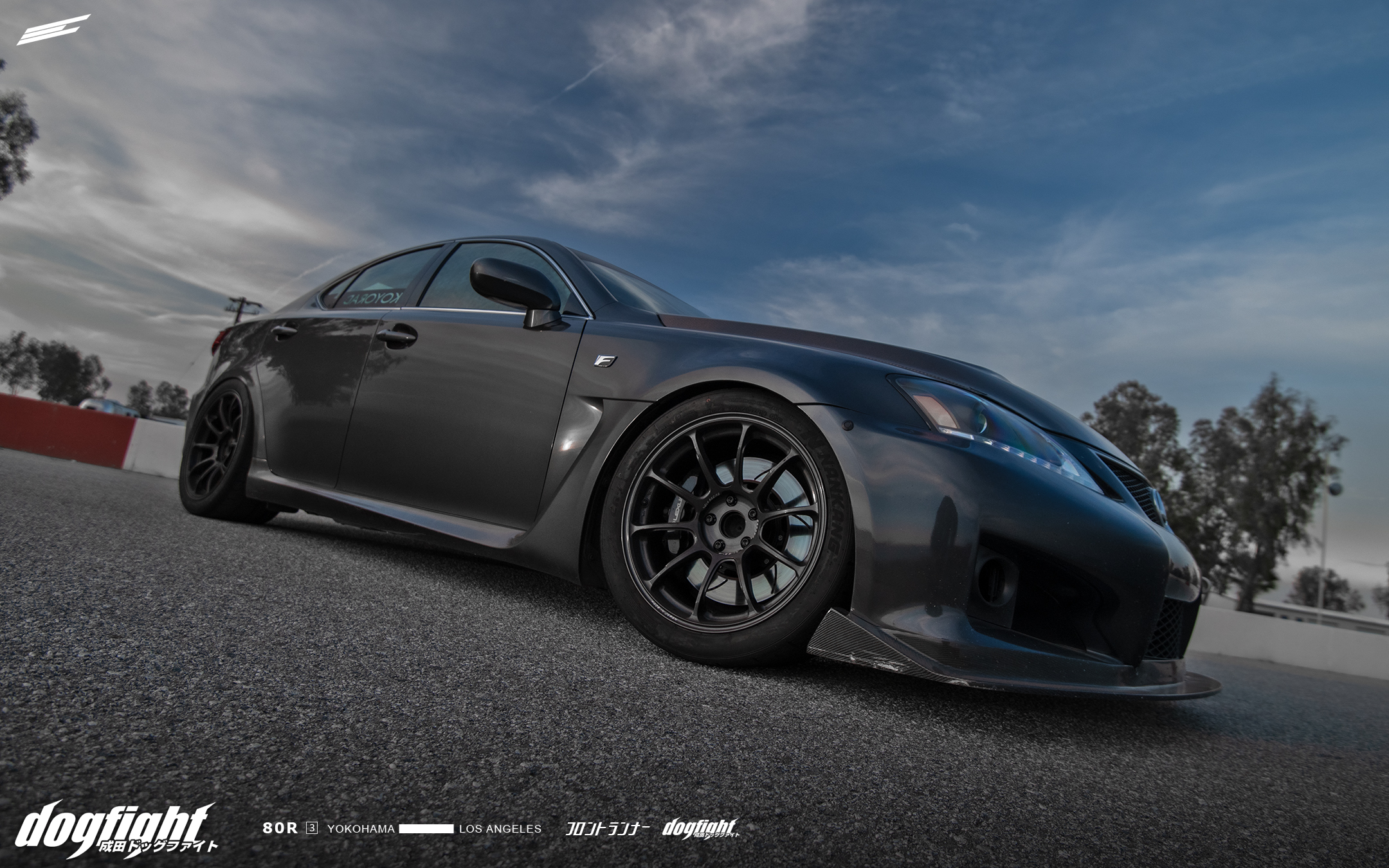 At Buttonwillow, things did not start off well.  On my first out lap, I quickly realized that something was still cutting in the rear.  To be sure, I pulled in and rotated tires front to back and vic versa, and went out again for a warm up lap, and pulled in.  Sure enough, the drivers side rear was still cutting the tire very heavily, although it wasn’t noticeable in the car this time.

After poking around for a few minutes, I’m embarrassed to admit it took so long to discover that the thing that was cutting the tire was the rear fender liner bolt that sticks out into the wheel well.  I didn’t consider it initially because of how far up in the well it is, and was sure the rear didn’t compress that much; boy was I wrong.

I took a hammer to the stud and eventually was able to tap it and pull it off on both sides; problem solved.  Also found it very difficult to get grip in the CR-1, only to realize I had them 8-10 psi too high. 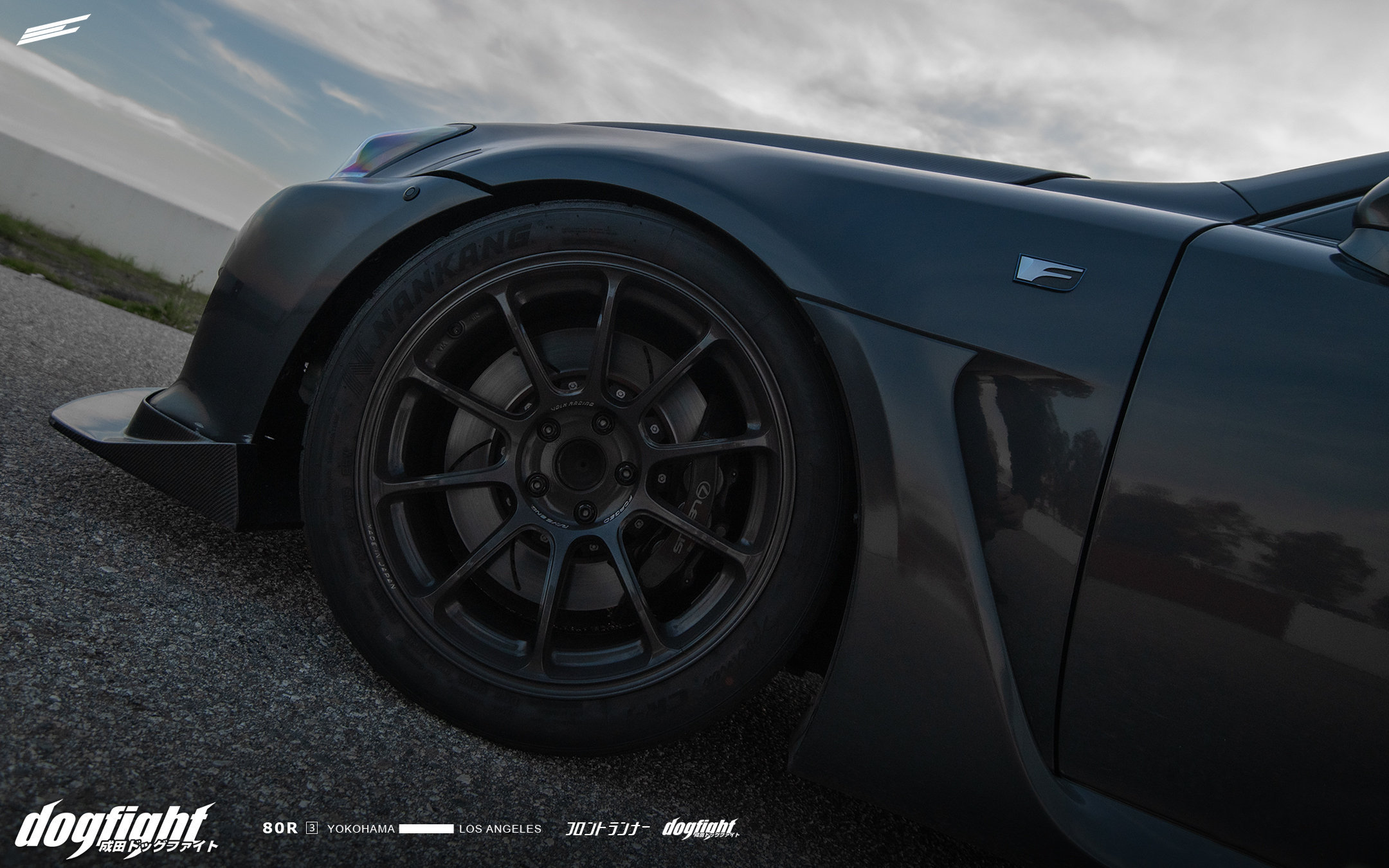 Headed out in the next session only for my battery to cut out coming into Sunset on a flyer; having the car completely shut off on that turn is not fun.  I managed to not go off, and learned that having a top post quick disconnect on the battery during a track event is not a great idea.  The connection just isn’t strong enough for the car when all the systems are working at 100%.

Long story short, last session of the day I went out with my girlfriend just to have some fun after having to diagnose issues all day.  Driving about 80% I was able to put down a mid 2’03 second lap on my first flyer, and back it up again with almost the same time a lap later.

This was a 3 second improvement from last time I was here, and given a few more laps, and proper alignment, my driving would be good enough for a sub 2 lap.  Unfortunately I didn’t have video once again because the way I mounted the GoPro kept hitting the halo on the Gardis.  But replaying the lap in my head, I can see multiple areas where I can keep a higher speed but was reluctant.

I don’t have anything specific to note about the lap, other than I would have liked to drive more and without a passenger.  I was hesitant to use more of the tires before having the car actually set up proper.  The car doesn’t feel very stable heading from club corner to bus stop, but that could be because last time I was here I was easing off more.  I was also easy on the throttle through the Eses’s in the back sector for some reason. 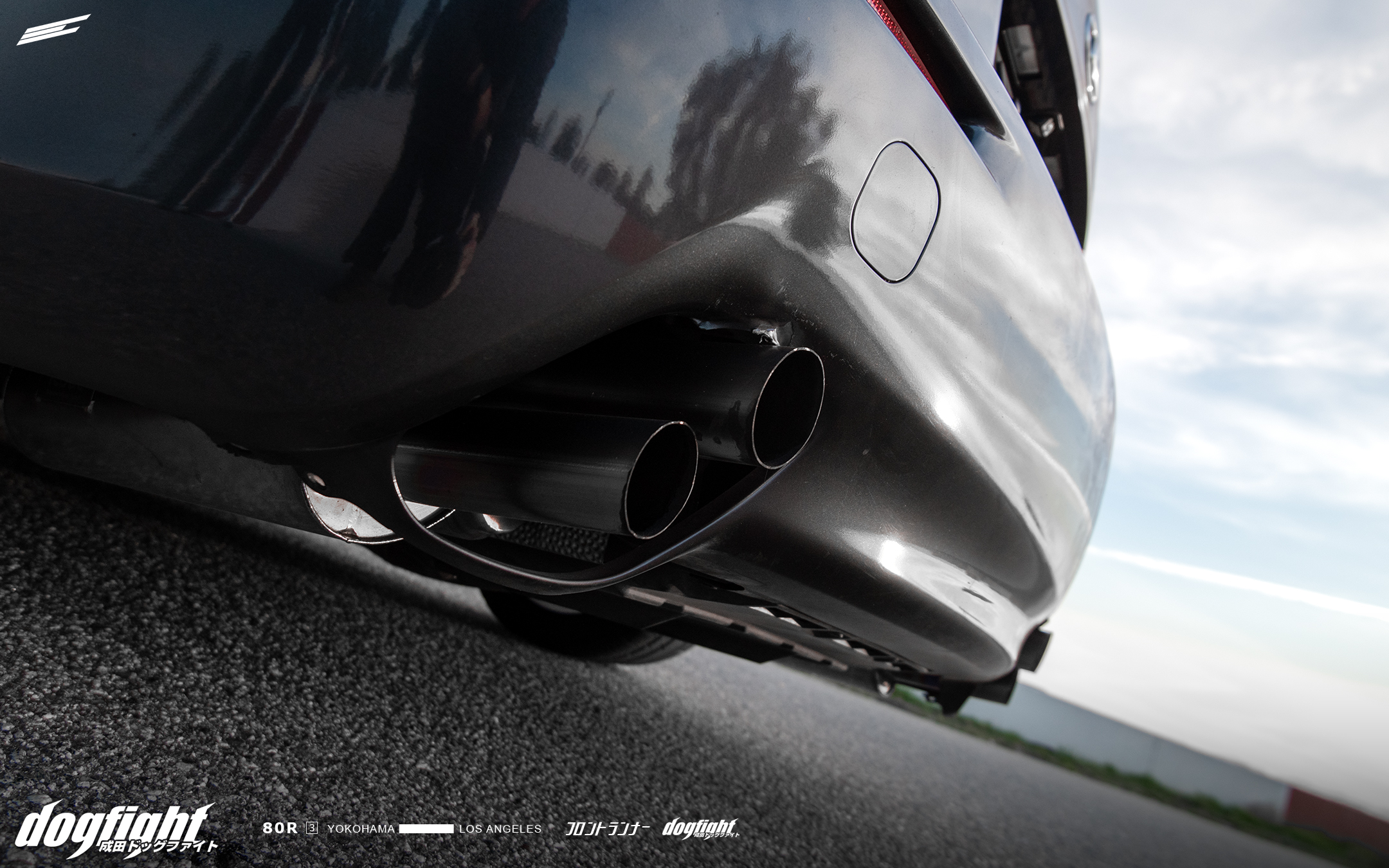 Small update, but this was mostly for my personal record keeping.  I would like to drive BRP more as it is really the ‘standard’ for testing here in Southern California, although I still prefer SOW and CVR more.