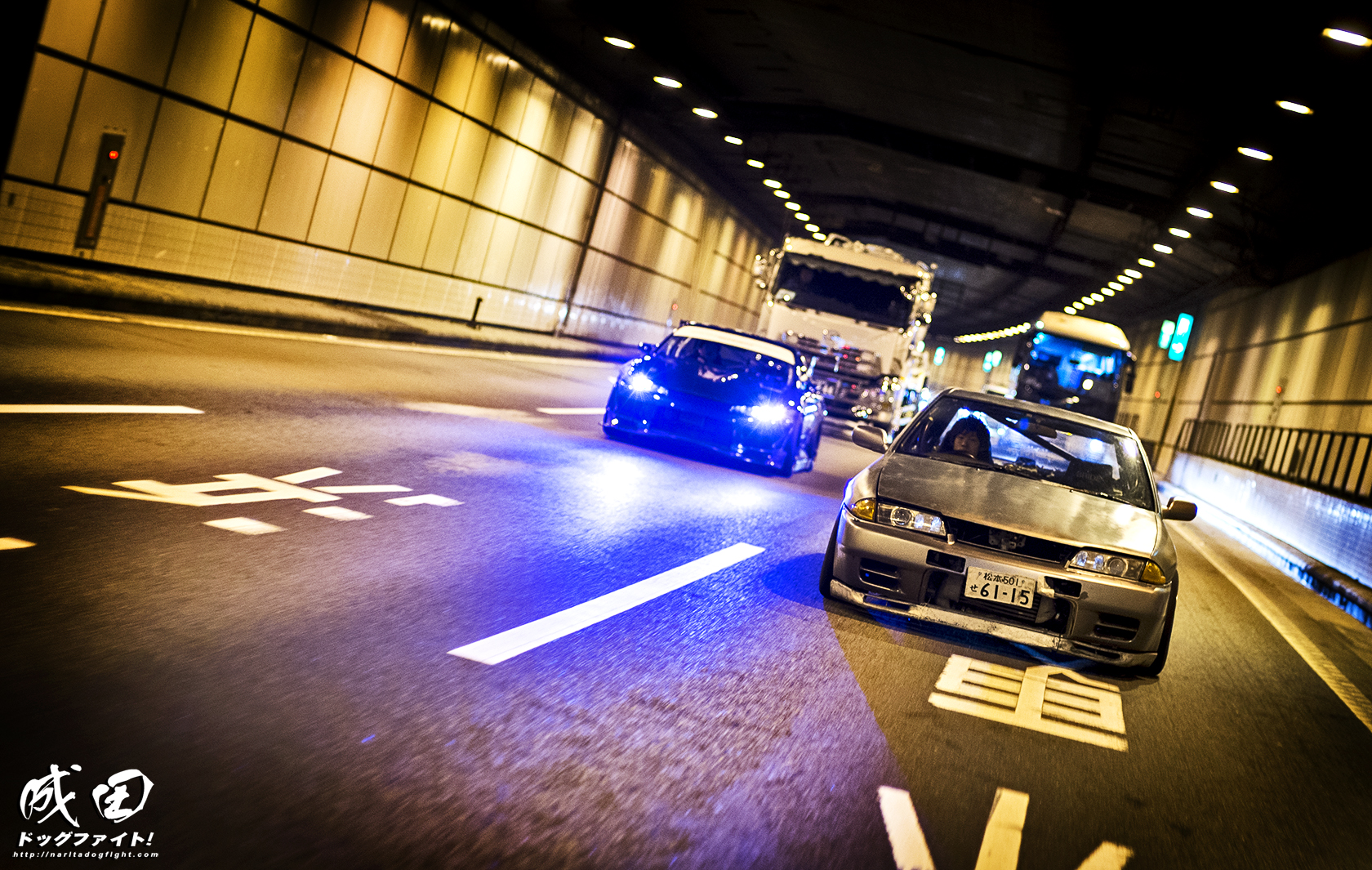 I was going to make a wallpaper post out of this, but then out of laziness I just decided to post it here in hi-res because I already posted it on the NDF Instagram (@naritadogfight).  I took this a few weeks ago while shooting Bakky’s S15 for Import Tuner in Japan.  His good friend Kei came along and we had the chance to take a couple rolling shots of them together (The same R32 from this post).  I really like the contrast of colors in this shot between the S15’s headlights and the dull yellow of the tunnel lights.  We were moving along pretty fast too haha – good times.