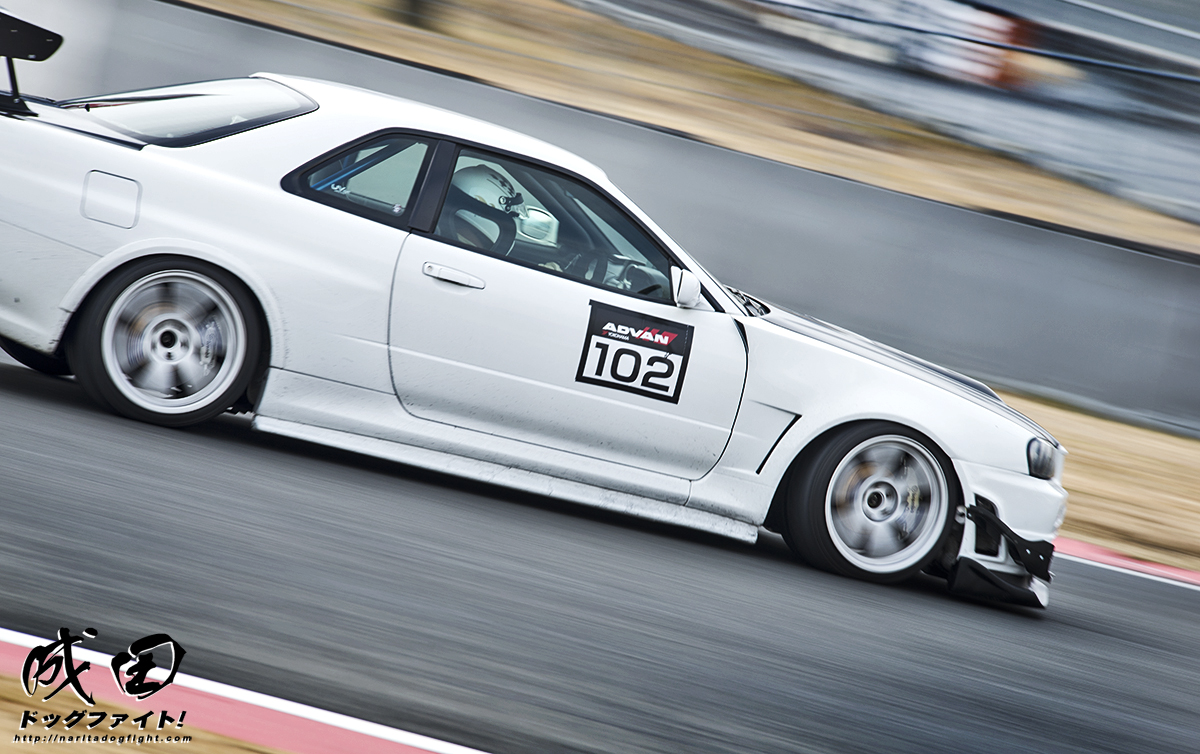 The first on-circuit event of the day was the Hiper Challenge; an event open to those amateur’s and privateers.  Despite that fact though, there were quite a few cars that got very close to achieving times more akin to their superiors competing in the Super Lap Battle – impressive to say the least.  In Group A, both of the Pisto R32’s ran a 1:48 and 1:50 respectively, while the AG-Y R34 ran a 1:50 as well.  Considering the slowest times at Super Lap were in the low to mid 50’s that is very impressive!

Group B was dominated by the Auto Select R34’s, which both ran low 52’s.  Group C had a similar conclusion with the fastest cars being Skylines.  There were just about 50 cars that competed in the Hiper Challenge, and with everything else going on during the day there was no way I could get them all, but please enjoy this sample from the event. Rocket Dancer Altezza – I’ve been following this car on Minkara for the longest time, it was nice getting to see it in action! Seeing as how this was the first event on circuit, the majority of the first session was spent in the rain.  There was a lot of standing water on track from the last nights rain.  It didn’t take long for the warm morning sun to burn off some of the water though, and as more and more cars passed the track soon became dry. But not before a few people went off track…this guy had a good save and managed not to spin. This Toyota spun a few times before coming to a stop facing the opposite direction right in front of me.  I yelled ‘Safe!’ really loud…I wonder if he heard me. The C&Y Sports 180 was by far the loudest car in this class.  It wouldn’t be C&Y with an engine swap, and this was no exception with it’s new engine (NA 1UZ if I recall correctly – I’m probably wrong though). *Edit – I was wrong, its a NA 2JZ haha The EK putting in some laps. One of Auto Select built R34’s – this car actually took first place in Group B with a 1’52.031 – amazingly quick for a street car. This Celica was pretty nimble, and in this shot, believe it or not, the Supra is actually letting it pass. Another of the handful of MK4’s in the competition. The other Auto Select R34 in Group B, this beautiful white Skyline lapped a 1’54.701 – good for a second place trophy.  This is the same one in the opening shot. This 34 was styled in more of a street fashion – it looked great though. One of the only GTR’s in the Hiper Challenge. There were one or two cool 86’s, but this one was by far the most well put together.  Amazing car.

As our HKS Premium Day coverage continues, we’ll next have a quick look at the 86 Challenge that was part of the Hiper event.  Cheers!