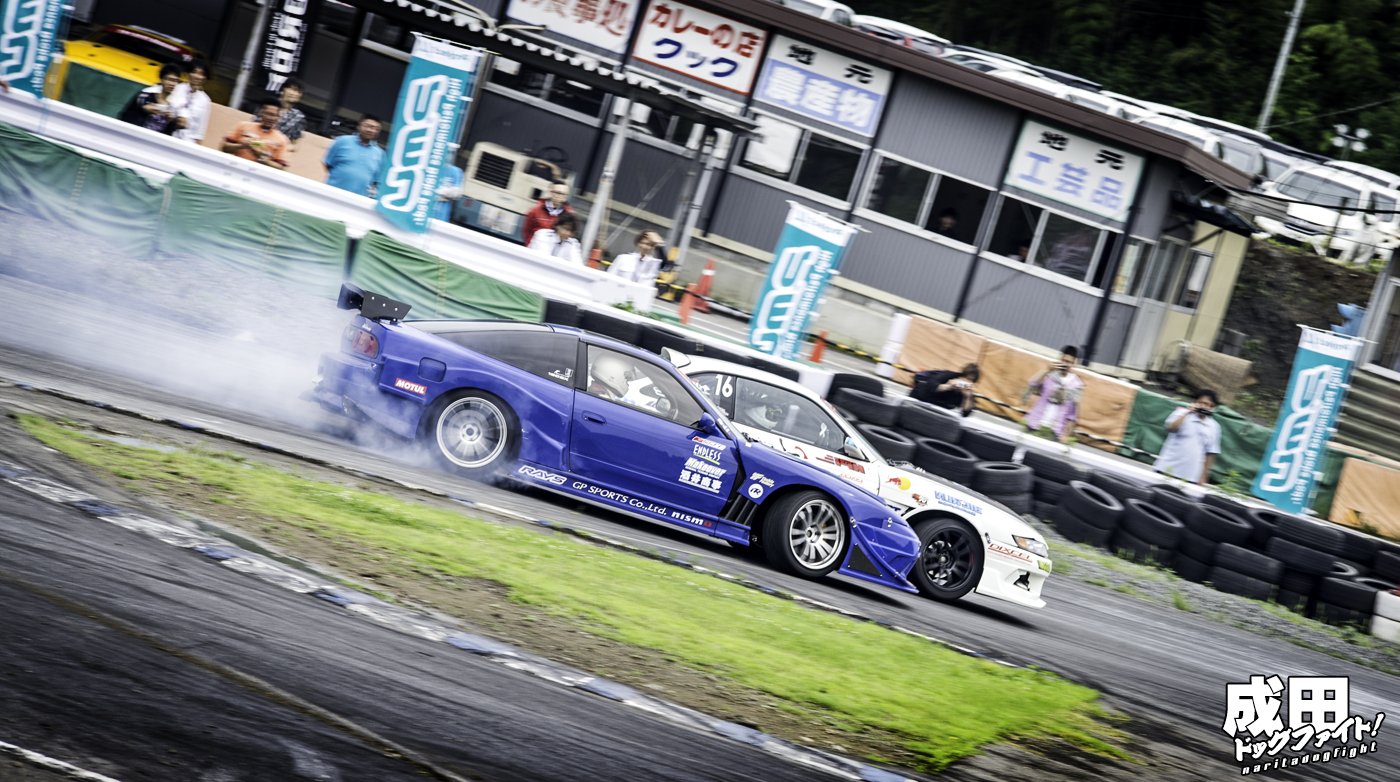 I had been up North in the Gunma area photographing Takahashi’s FD at T-Ones the other week, and thought, while up in that area we should check out Honjyo Circuit because there was a Drift Muscle event going on that same day.  We had arrived a bit late, but made it in time to see the event through starting from the Top 8 showdown of the Super Muscle Class.  When we arrived one of the Wisteria GP Sports 180SX’s was going up against the AutoTec JZX100. From our high up vantage point we were able to get a good view of battle. The GP Sports kit is by far the best aero available for the 180.  The only other kit available that is as good is from Garage Mak; but unfortunately they don’ produce it anymore. Back in the paddock, the red 180 was done for the day. Unable to get a good enough run to advance it into the finals, Kono-san had to sit the rest of the day out, and try again next round. Still in it though was the red Wisteria car’s counterpart.  The blue GP Sports equipped 180, piloted by Mr. Hideyuki Fujino, had a good run against Maeda-san in the Rossomodero S14. He ended up beating out the S14 to take 3rd place overall in the top class. Good result for what’s is probably the best looking car in the field.  Hang tight, I’ll have more from the paddock soon.