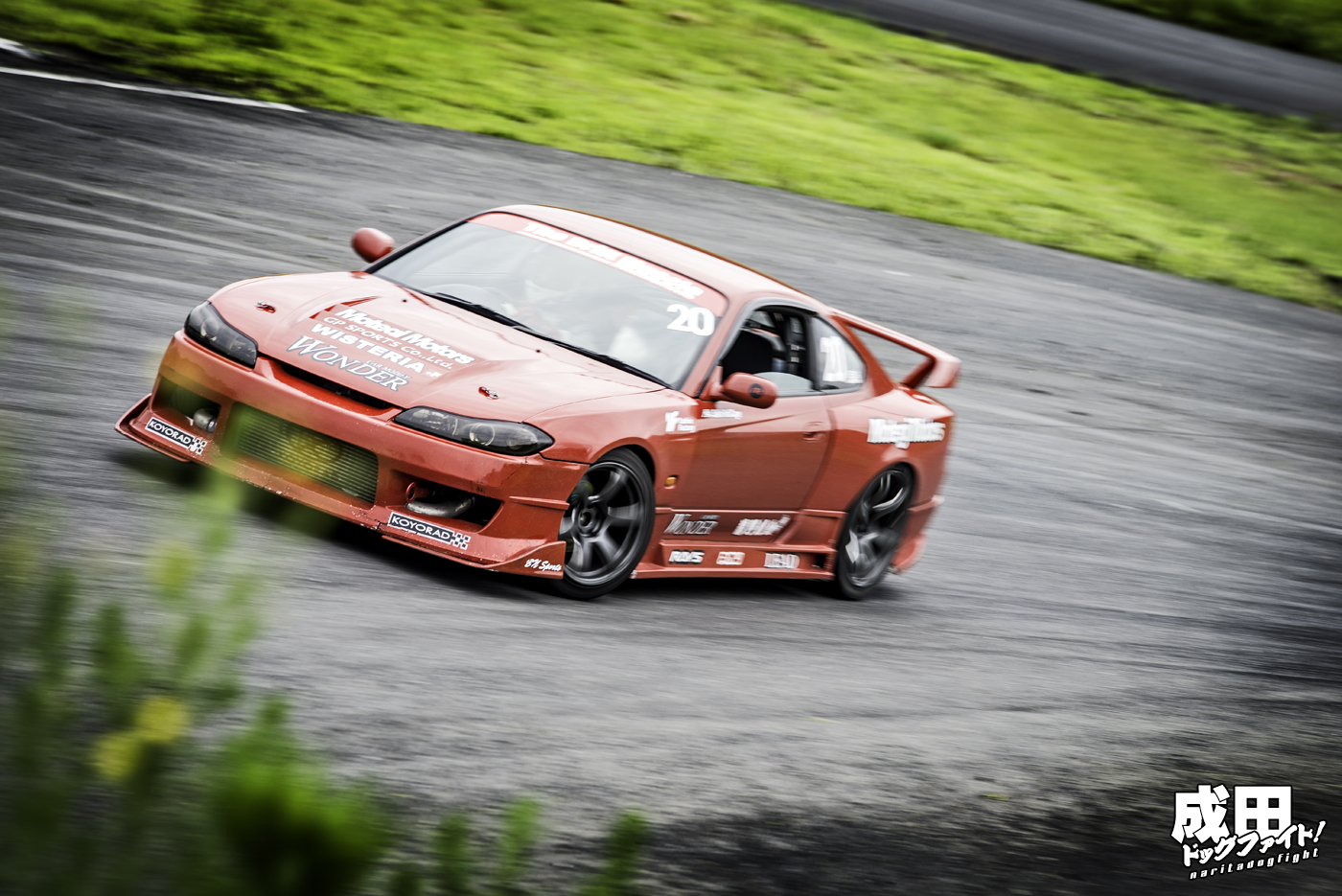 Like I mentioned in the previous post, we arrived pretty late to Honjyo Circuit because prior to coming here I had a photoshoot with Takahashi’s FD at T-One’s in Gunma.  We arrived at Honjyo in the early afternoon, and there was about an hour or an hour and a half left in the event; which happened to be just enough to catch the top 8 battle it out.  So, unfortunately this won’t be very comprehensive coverage of the event, but at least I caught some.  We ended up getting in for free basically after sweet talking/escaping the gate worker.  Check out some coverage ~ sorry if I don’t know all the driver’s names.  Admittedly, drifting isn’t my forte, although I enjoy it very much! Above we have Mr. Okamura-san battling it out with it’s same chassis competitor; the red Motegi Motors S15.  The pink S15 won out to advance though. Next competitor was the Guild N One JZA80.  This car has a whole new look this season; ditching the old livery for a much more simpler look. I don’t believe it advanced though. After being knocked out, Imai-san was chilling on the phone in the paddock.  Such an odd creation of his… Pretty rad JZX100 in the paddock as well. The YMS Chaser was knocked out pretty early from what I was told….looks good though. Burst made a presence on circuit that day, albeit a short lived one.  Tsuji Akira was out there pushing it, but ended up dropping out early. Some fans enjoying the event. Out of all the cars in attendance though, I was probably most please to see was Uchi-san’s JZX100.  Although he doesn’t update it much anymore, I had been following his Minkara page for a long time, but I’ve never had the chance to see the car in person.  He made the team ‘Unit’ almost 20 years ago, and runs the Car Hospital shop in Saitama. His car, with an almost ‘ING Direct’ (Barclays for all you bankers out there) like livery, stands out amongst the others like a sore thumb.  First of all, it’s huge – the JZX has presence, especially in this color way. It’s just a great looking car.  There are a lot of unique bits about it. I went up and said hello to him as he was checking out his car after his last run.  He was pretty surprised I knew about Unit, but was pleased haha.

Check out Minkara for more of his car ~