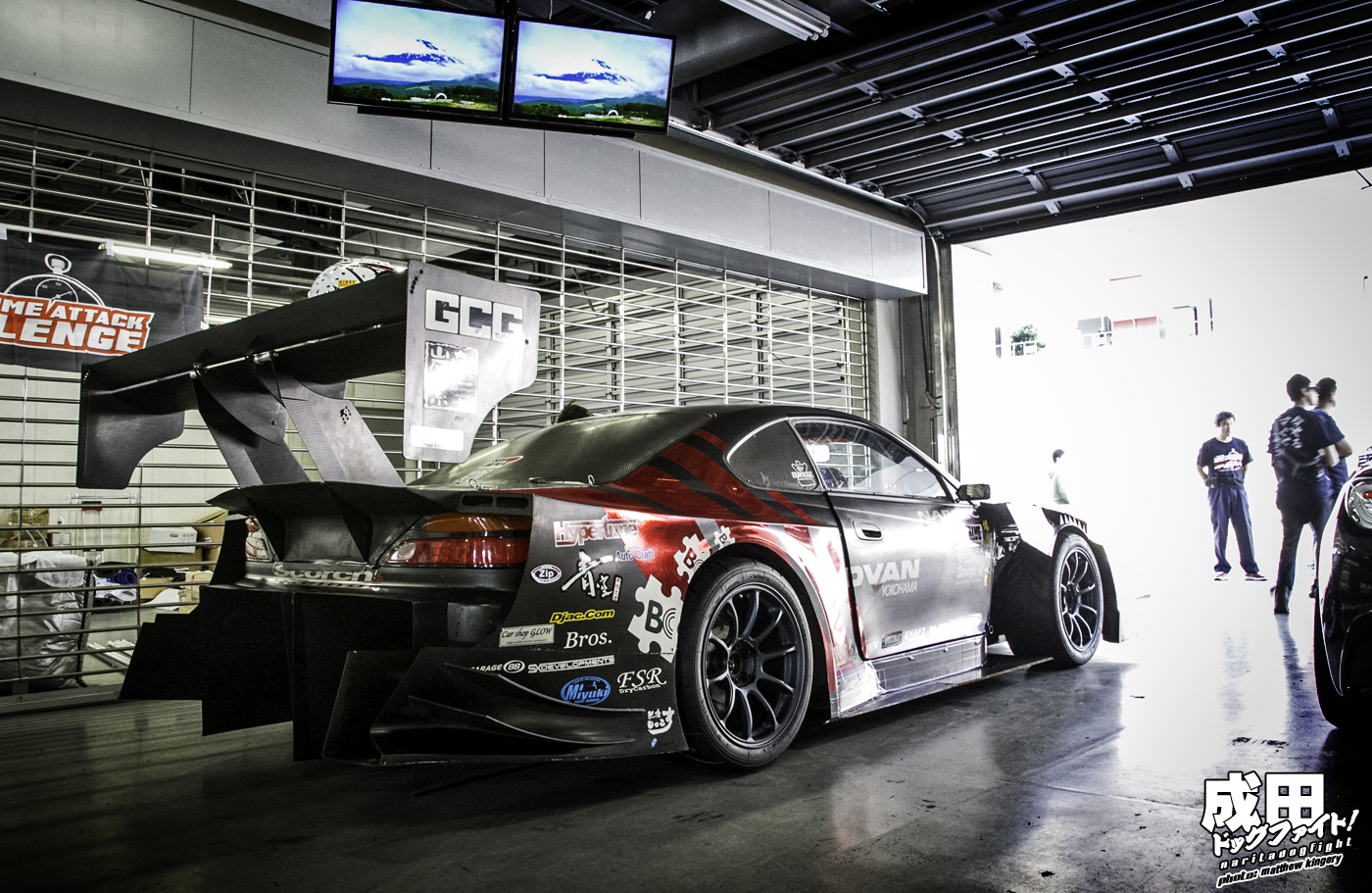 Another draw of Motor Games was the World Time Attack Challenge Japan, which was a spin off of the famous WTAC Australia that’s coming up later this year.  There were four classes, but I’m not sure that all were filled.  From what it looked like, the heavy hitters used this day as a test and tune; especially because conditions weren’t ideal for Attack.  There was heavy rain before the weekend, and on Saturday, as you can see from this video that Andrew Brilliant took of Under’s giant rooster tail.

The highlight of this portion was of course the ‘unveiling’ of Under Suzuki’s new aero.  To say he had bad luck last year at WTAC would be an understatement, and with the help of a couple extremely talented people and a ‘brilliant’ aerodynamicist, he is looking to redeem himself this year.  Sekinei had the chance to chat with him a bit, and it seems like he really wants to keep the details of the rear end of the car under wraps until after WTAC.  I’m sure they came up with some very clever ideas, and don’t want the competition to see.  So, unfortunately, I won’t be posting any detailed shots of the car, but just overall profiles.  That shot above is probably the closest you’ll get from us.  I’m not sure if other sites will post, but I hope not; we will respect his wishes.  There was a picture of the rear floating around on Facebook yesterday, but I don’t think it was too detailed; even so, if you come across it, please don’t repost it.  I want to see Under do very well in Australia this year. The entire car has really gone through a transformation in the past few months though; especially compared to the last time I saw it in person at Evome in the beginning of 2013… …here.  I thought it was advanced then for a privateer.  He’s taken it to an entirely new level now though. Under and his mechanics were assembling the car and making final adjustments throughout the morning. With Under stopping for the occasional interview with what appears to be a very attractive MSC personality. When everything was buttoned up and the car was back on the ground, Under adorned his race suit and took to the circuit. Although this was a real event, I think many of the top class used it as an open day for testing, as he was not going 100%.  This is a good shot of the louvers on the hood and fenders reflecting in the clouded sun. It seemed like there was an endless amount of ZE40’s wrapped in Advans laying around the garage. The Scorch S15 wasn’t the only one in attendance however, although it garned most of the attention.  RE Amemiya brought out his Hurricane FD that is set to compete again. Maybe not quite as evolved as Under’s car, but we can see a few changes. This F40 took to the circuit as well.