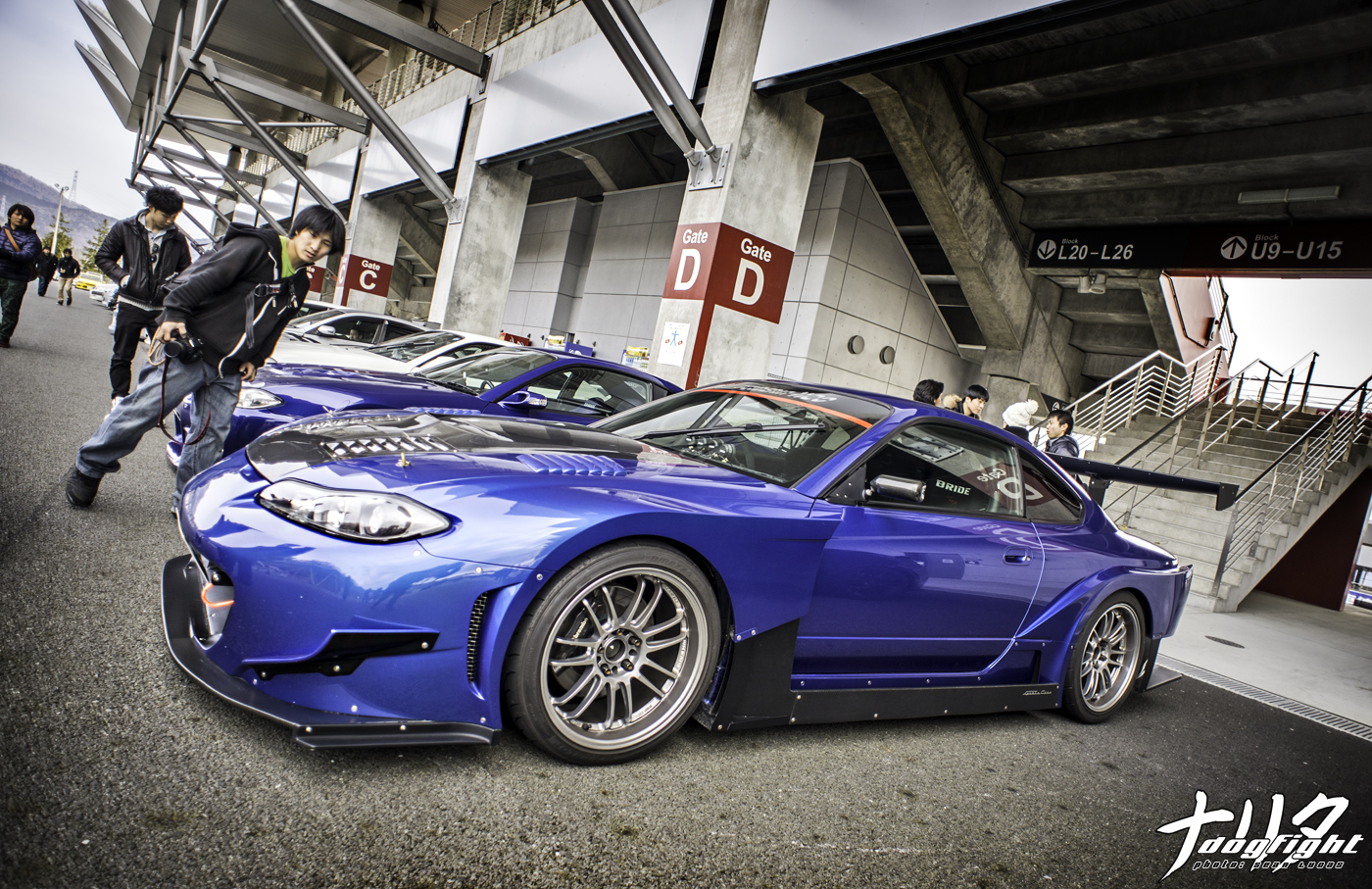 So, yeah.  This will probably go down as the most random post of 2015 NDF, but I figured I’d combine the two as we didn’t spend that much time at either.  The same day that HKS held their Premium Day event, our friends at Tension reserved the Fuji drift track and held their own ‘Premium Day’ so to speak.  While the guys in Tension are all super nice, they have a somewhat sketchy history, so I’m glad Sekinei is good friends with them.  They’ve always support NDF and I couldn’t be more stoked about it.

So during the lunch break on the Speedway side, Sekinei and I meandered over to Fuji’s drift track to say hi and snap some photos. 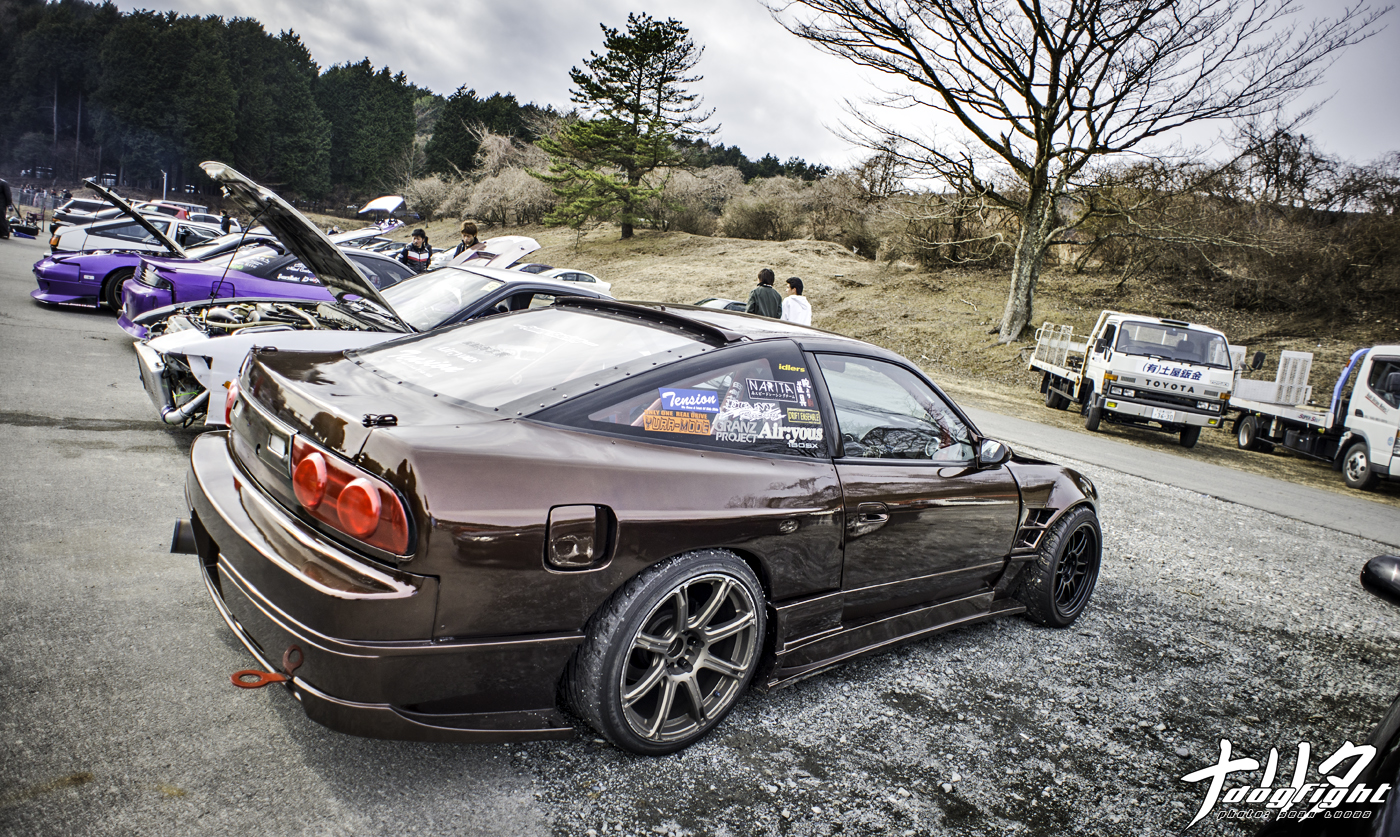 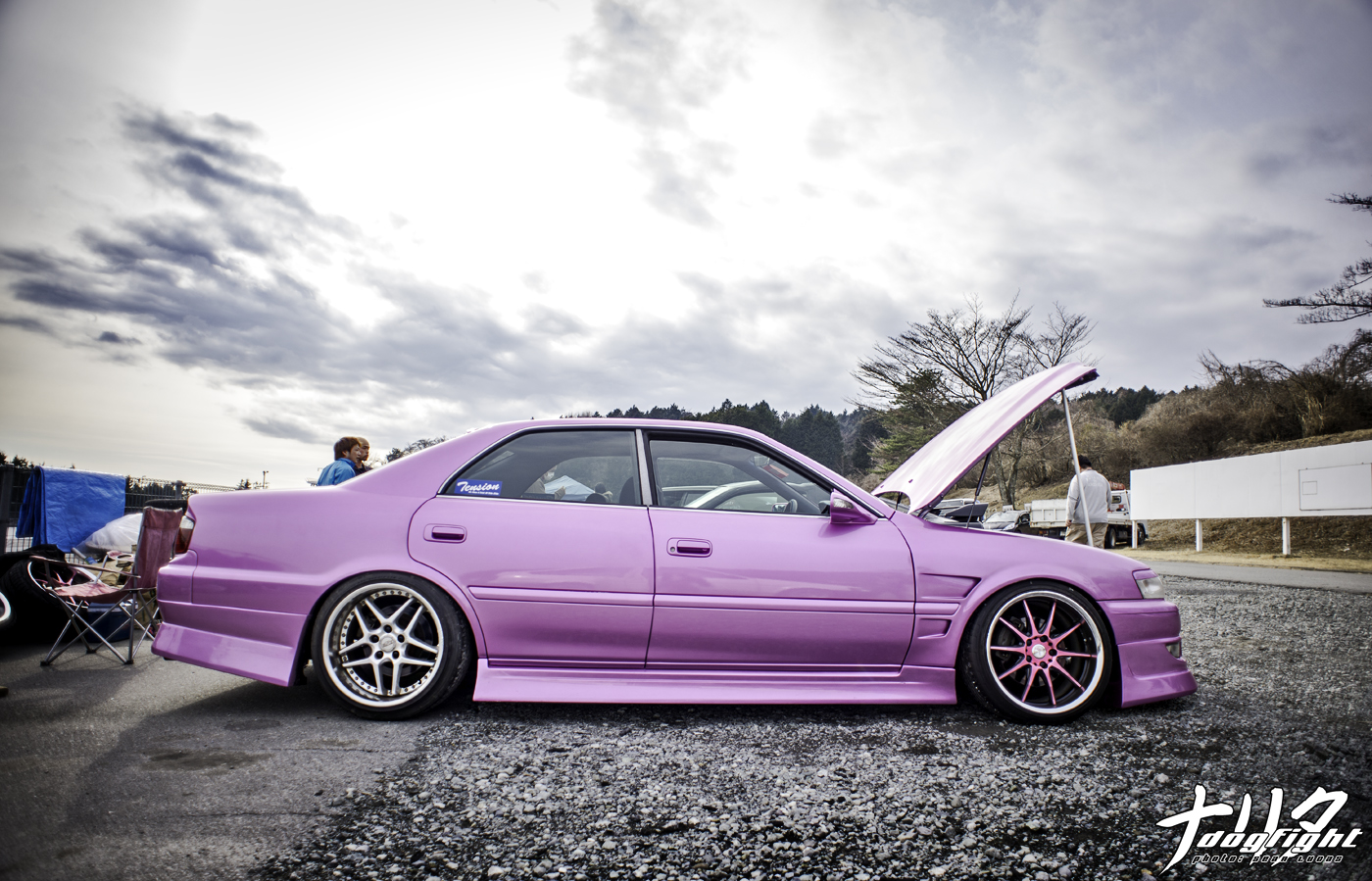 There was actually a pretty big turnout.  Tension itself has quite a few members, but since it was a private event, they were able to invite other friends as well.  Really liked the pink on this car. 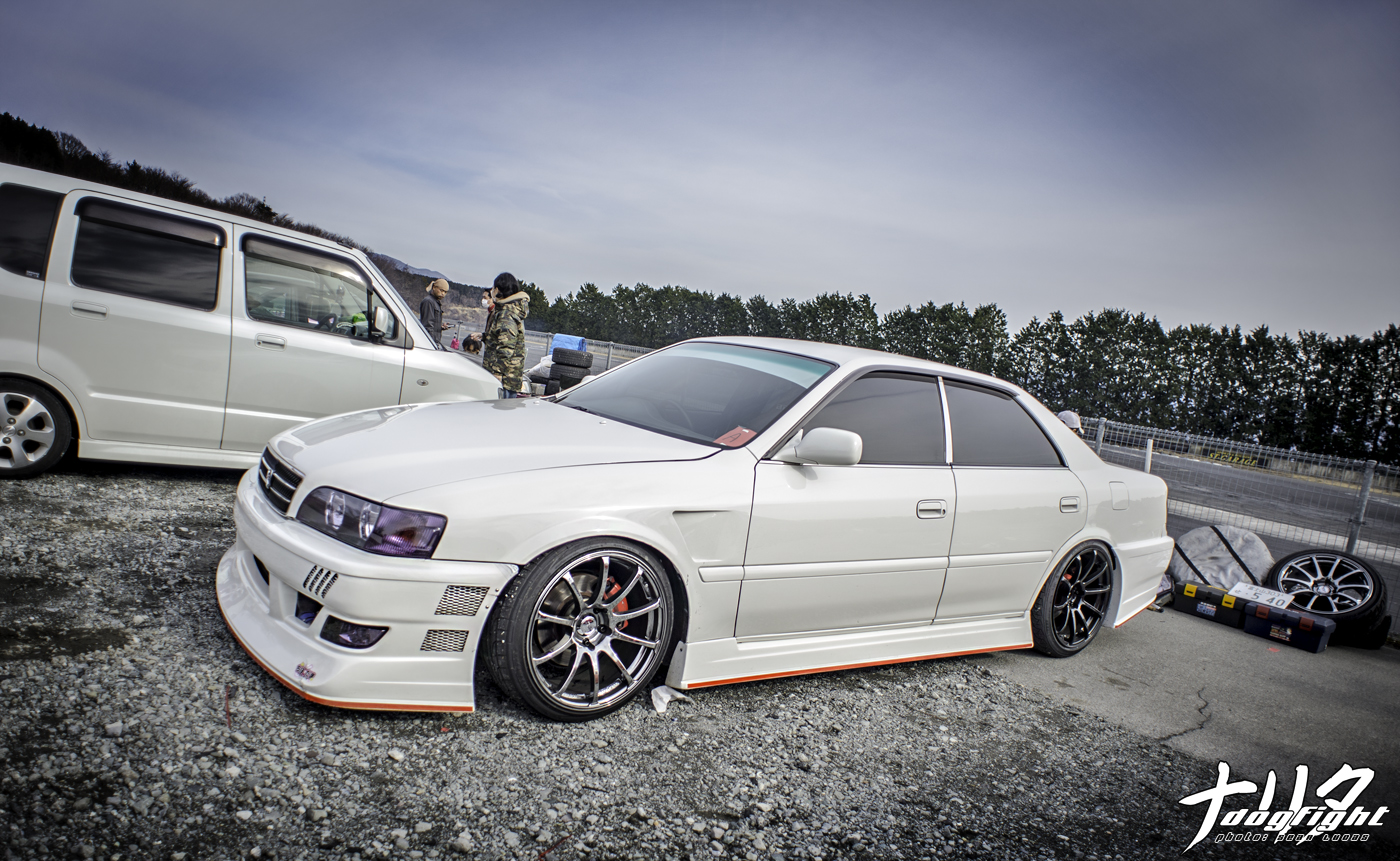 The custom cutouts on this front bumper were pretty unique. 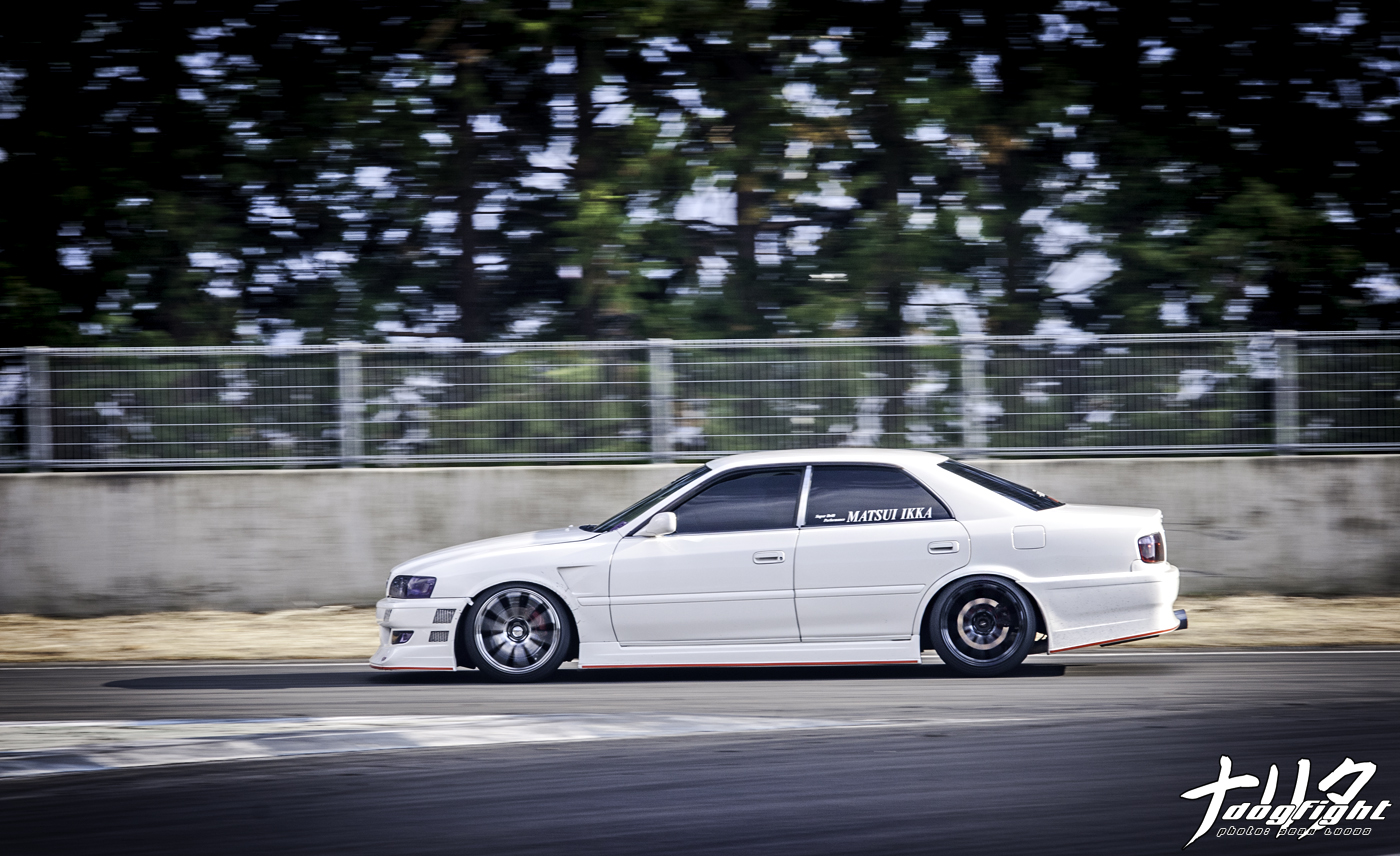 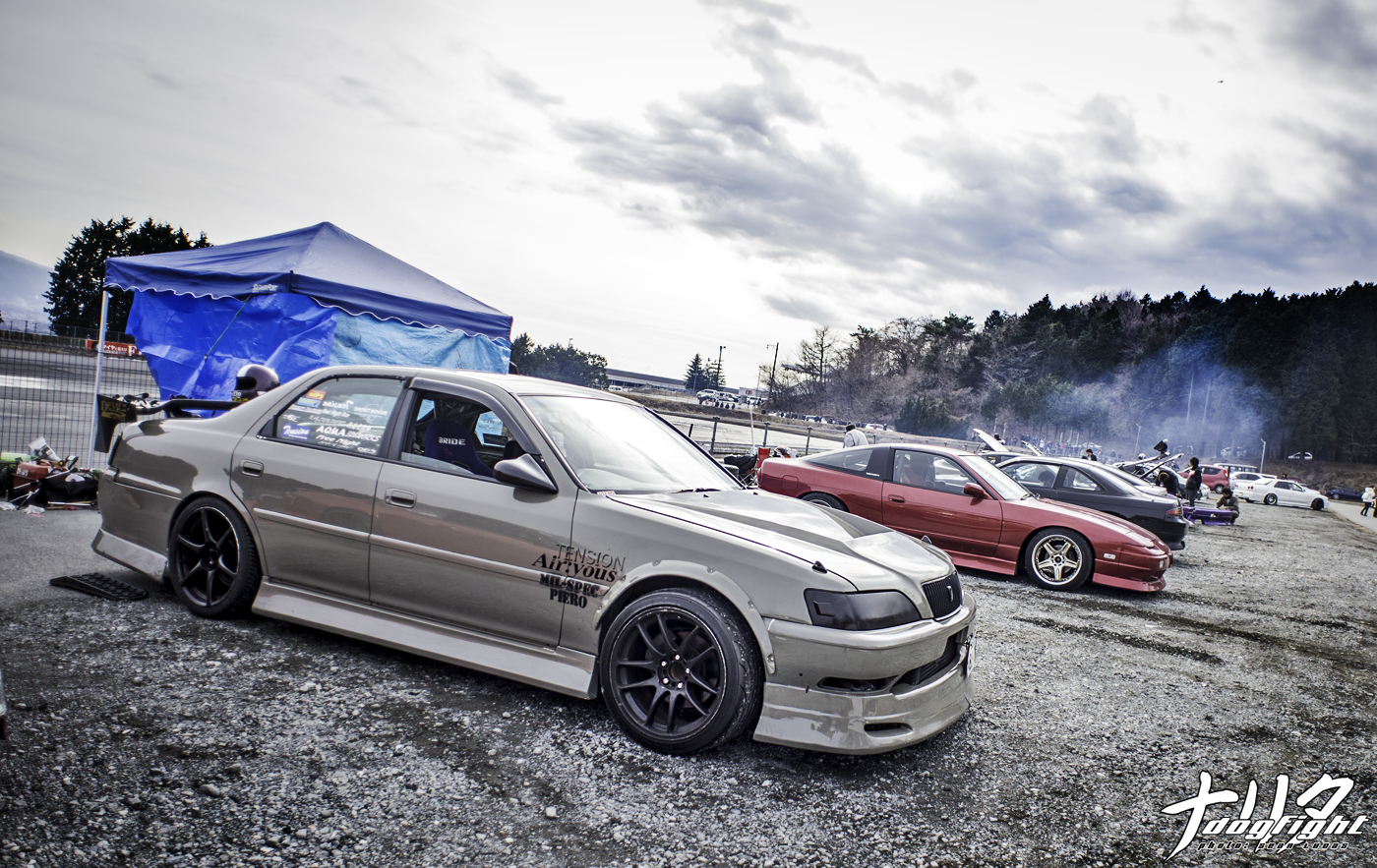 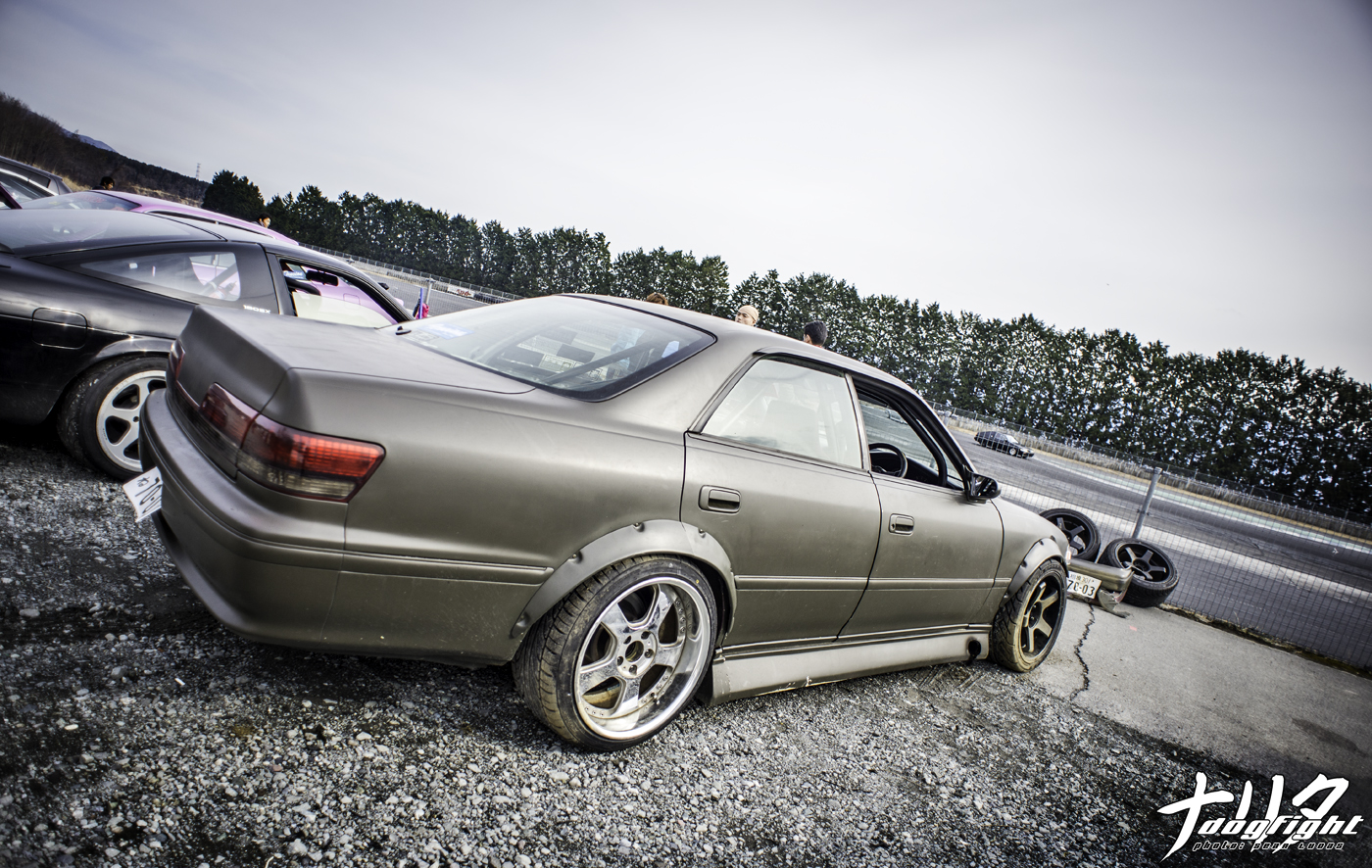 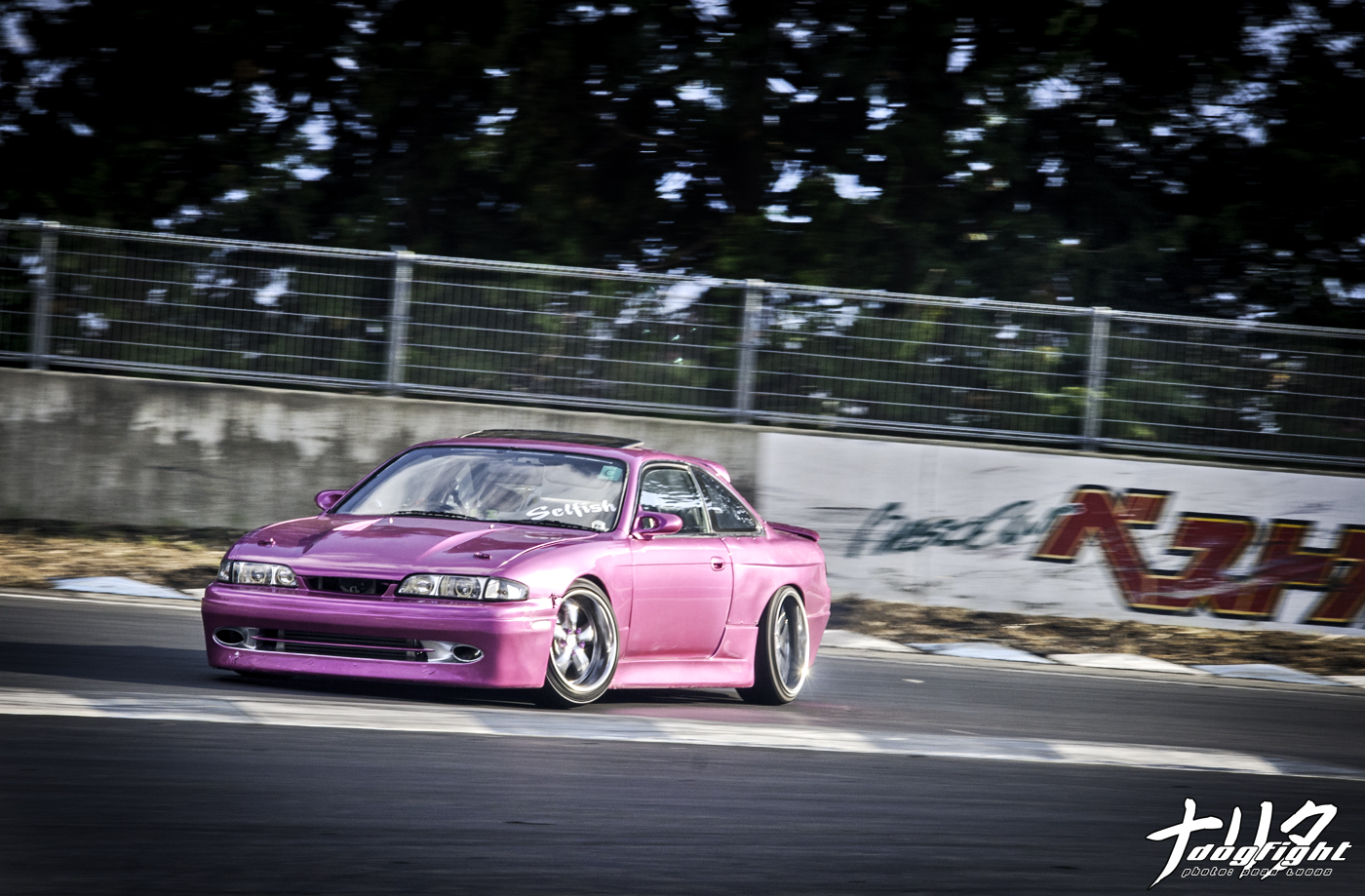 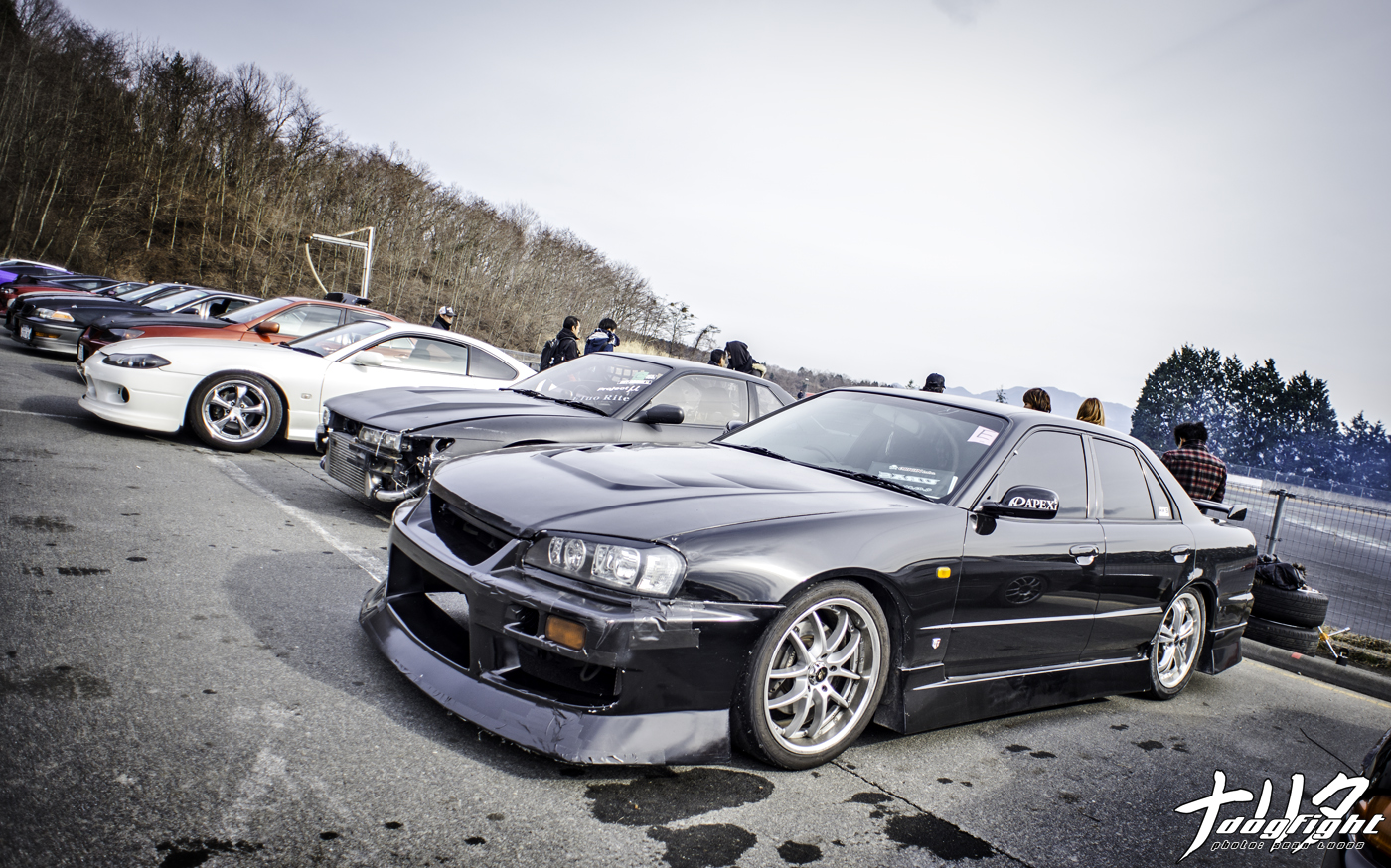 Every time I see a 34 sedan I get anxious about finding mine…almost time! 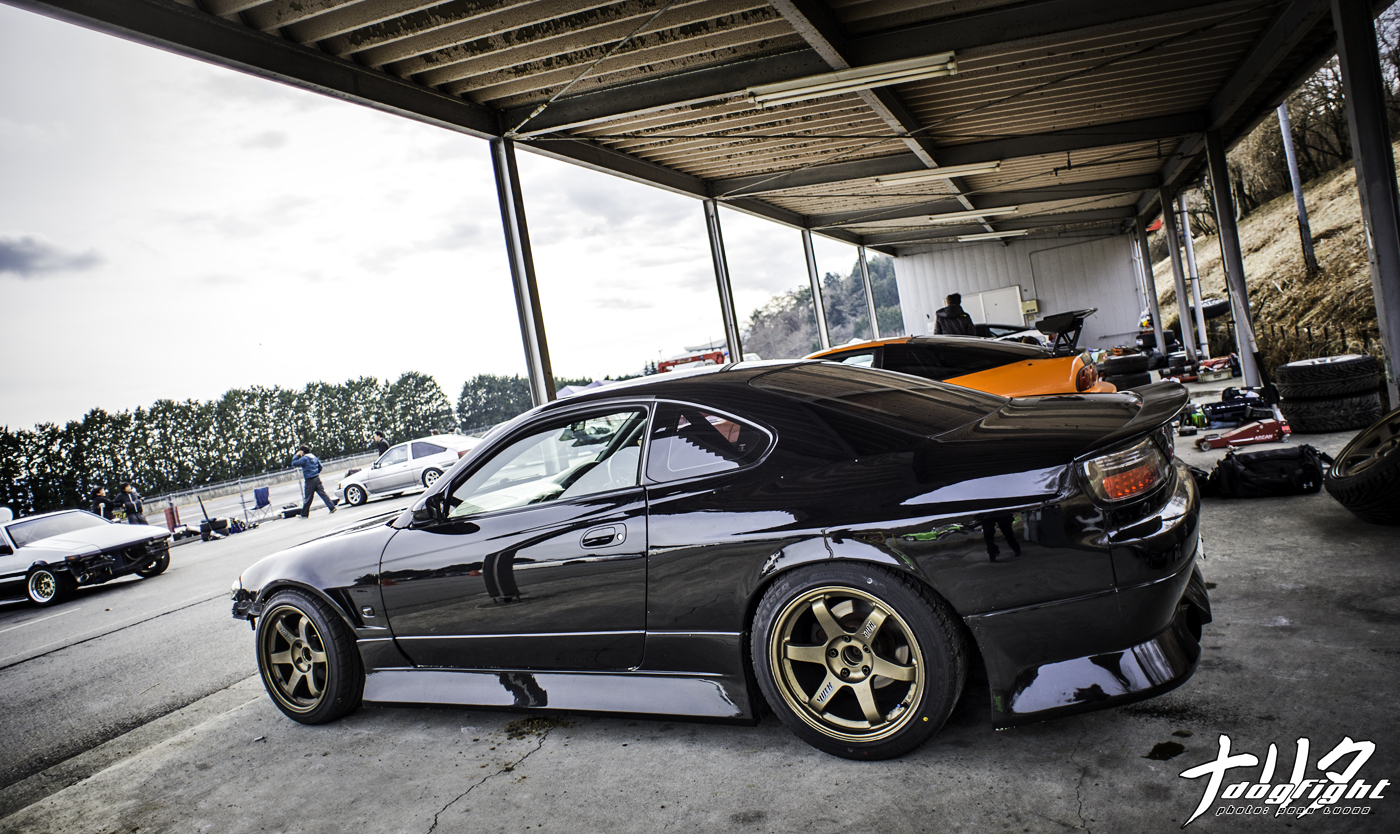 One of the cleanest cars at the event.  This glass black S15 on bronze TE’s. 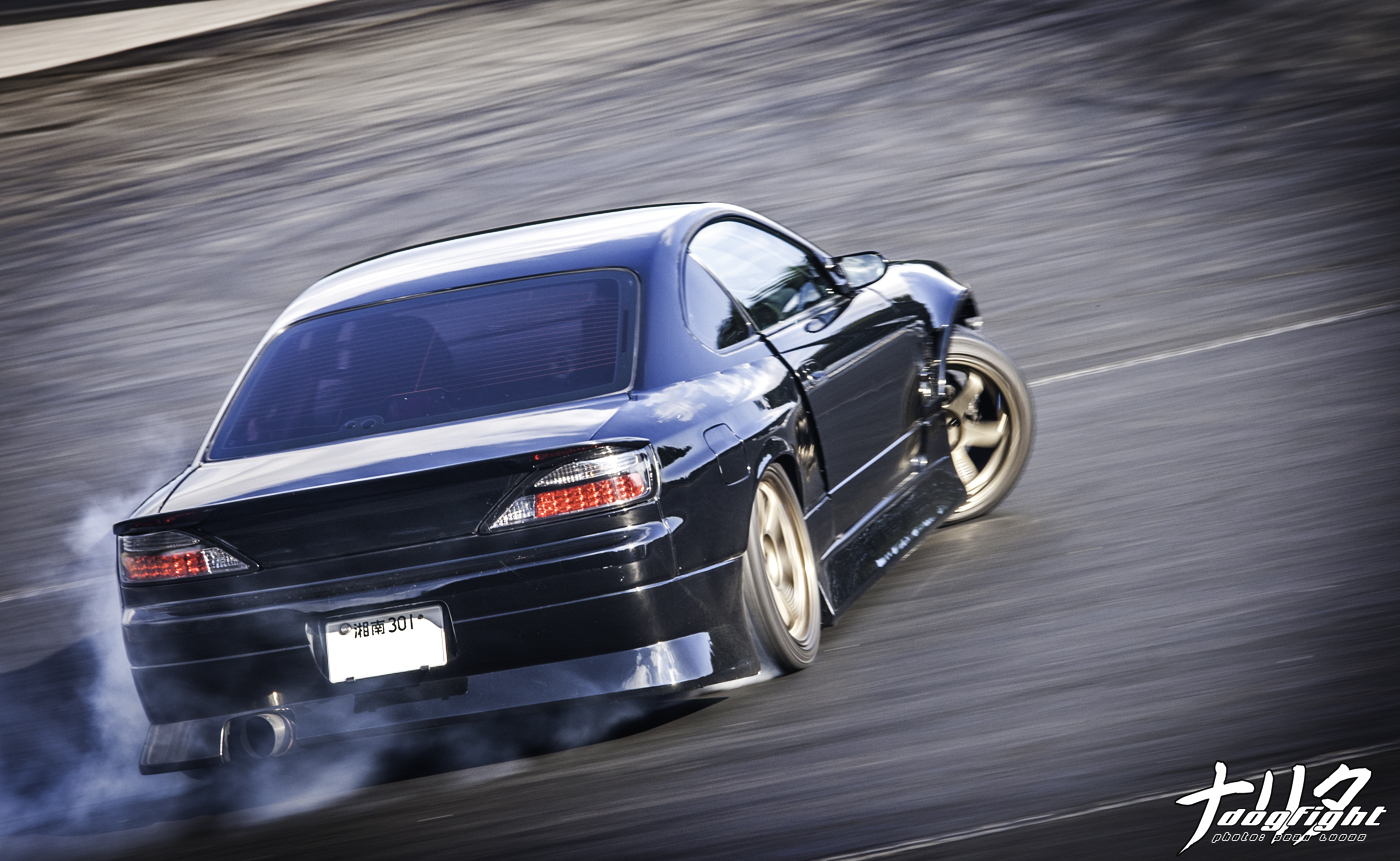 He threw down pretty hard too. 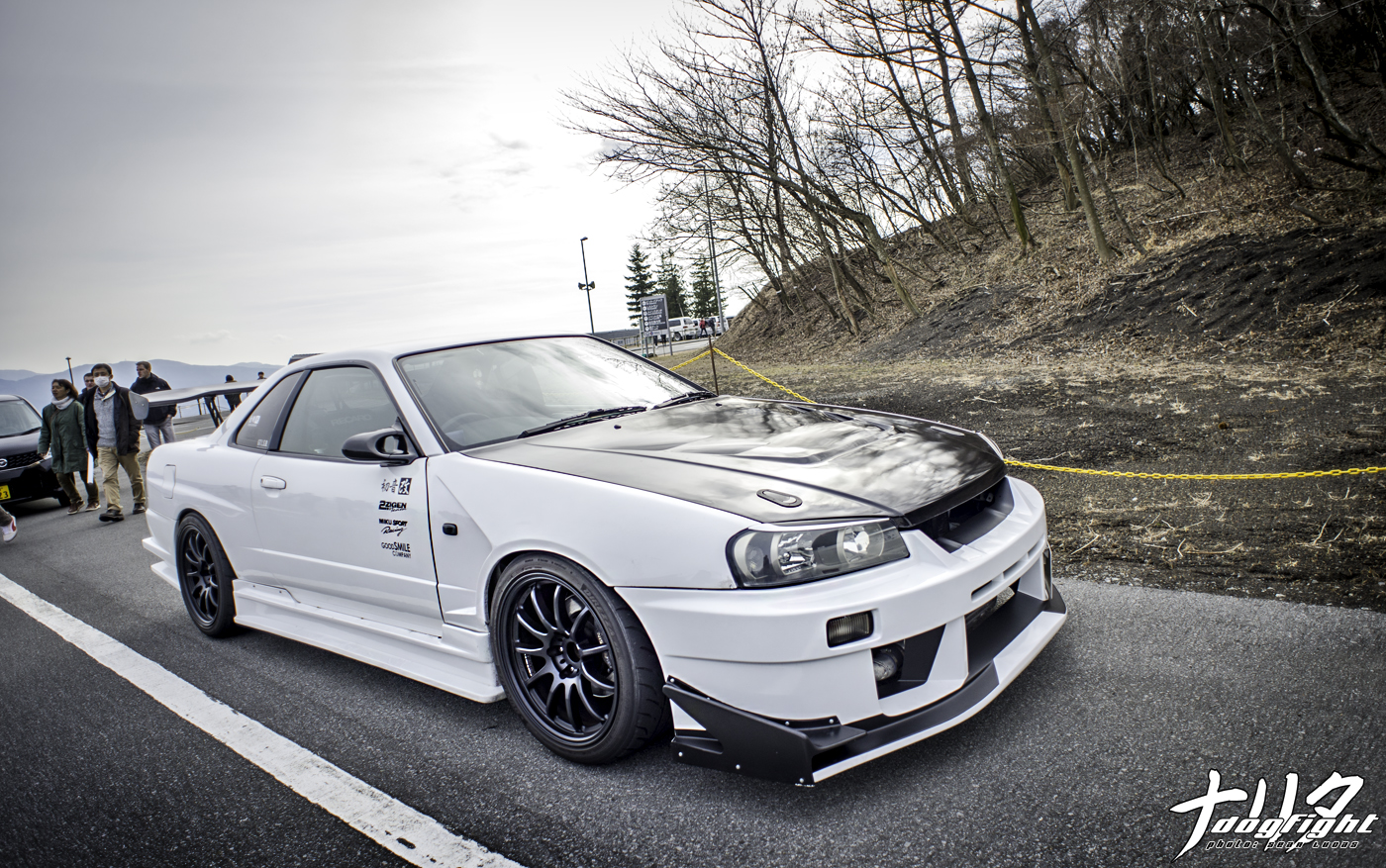 Not a sedan, but the URAS on this one killed me.  I swear I’m seeing it everywhere now… 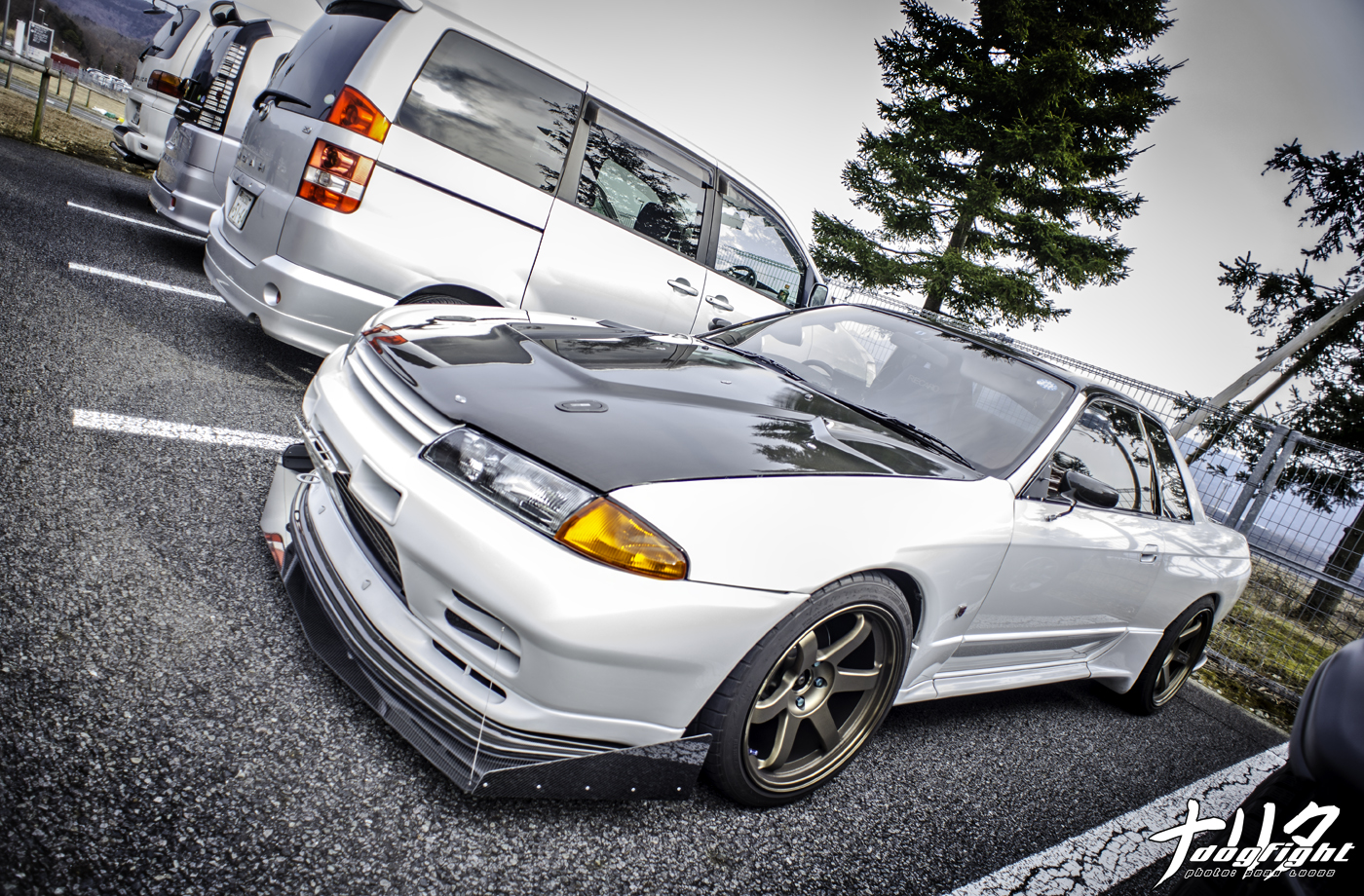 We didn’t have much time to spend at the drift track as the next series of Time Attack was starting back on circuit.  So as we made our way back to the track, we cruised through the parking lot that parallels the grand stands of Fuji’s front straight.  The big lot in front of the tunnel entrance is where HKS puts on the Customized Car Carnival; a little show in addition to the time attack events.  To be brutally honest the show is lacking – even more so than last year.  I think they had planned for about 250 cars, but less than 150 cars registered…and some of those were so far away from what HKS is that it was almost embarrassing.  There were some really good cars along the way though – like this GTR… 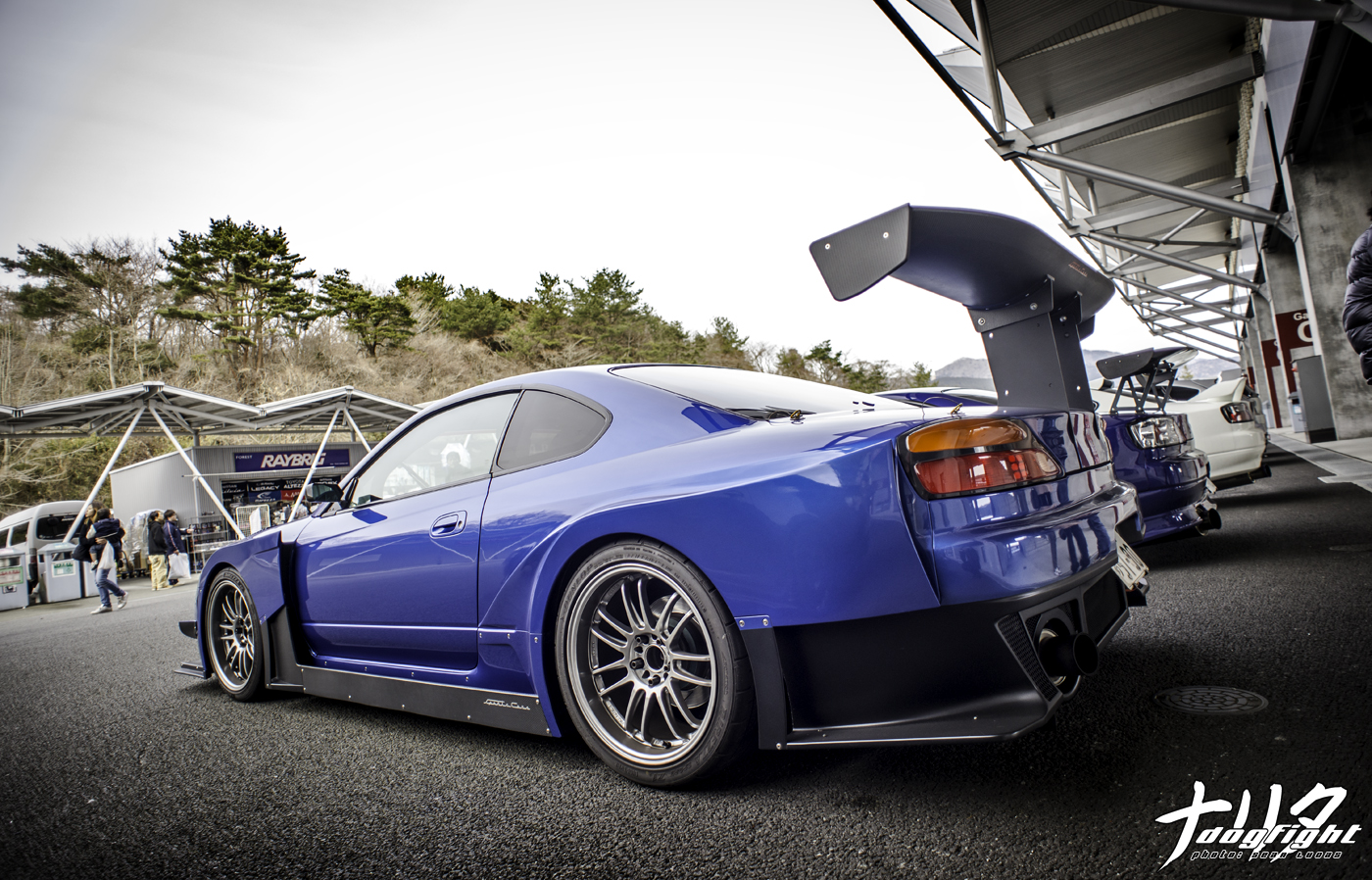 …and Toshitake’s S15, which I was super surprised to see actually.  I thought, if he was in attendance, he would have for sure parked on the vendor side with Garage Mak.  If you remember, Toshi is responsible for the engine builds in the GM cars.

He also has one of the nicest S15’s in Japan. 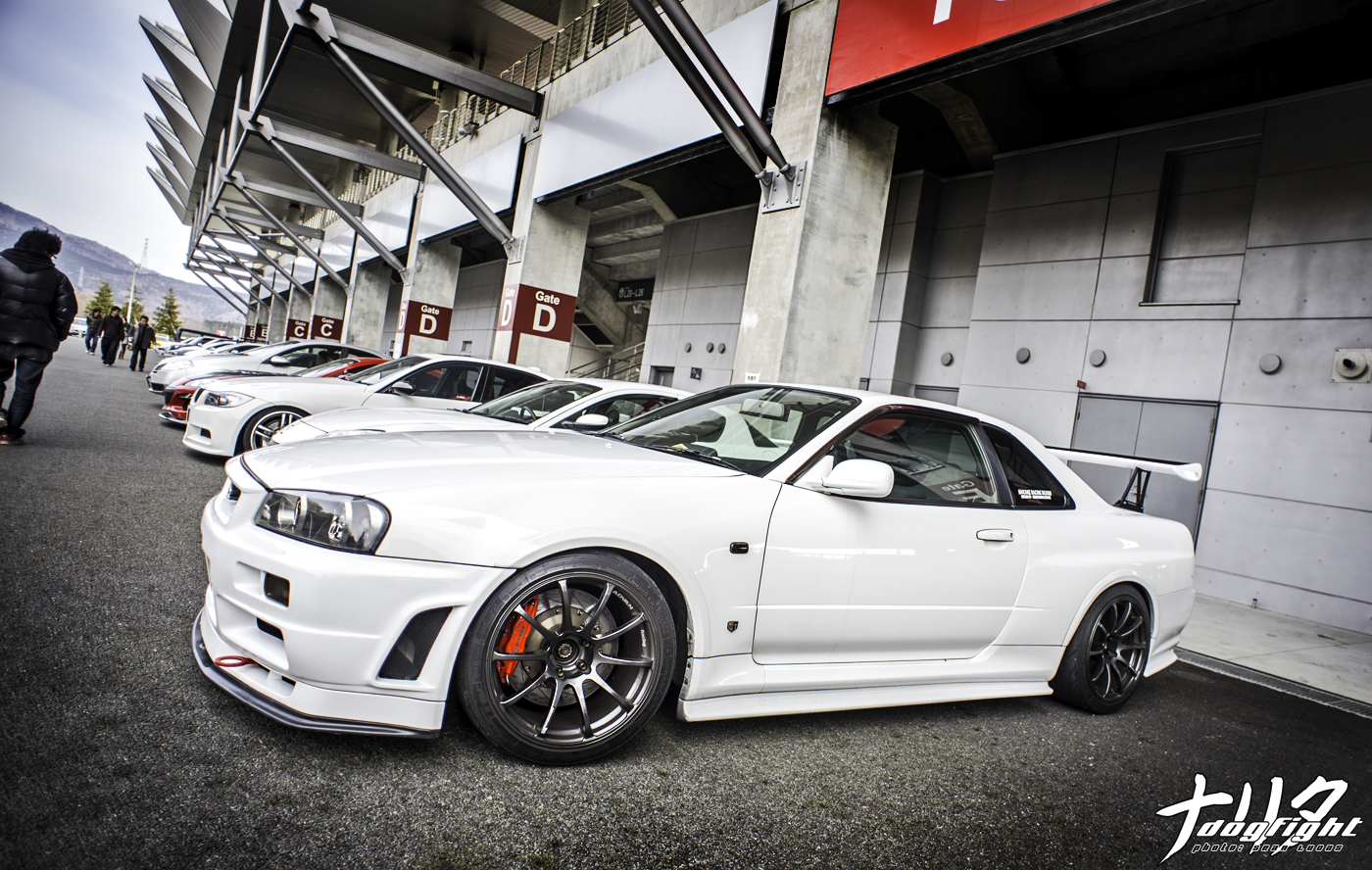 This R34 was near perfection as well. 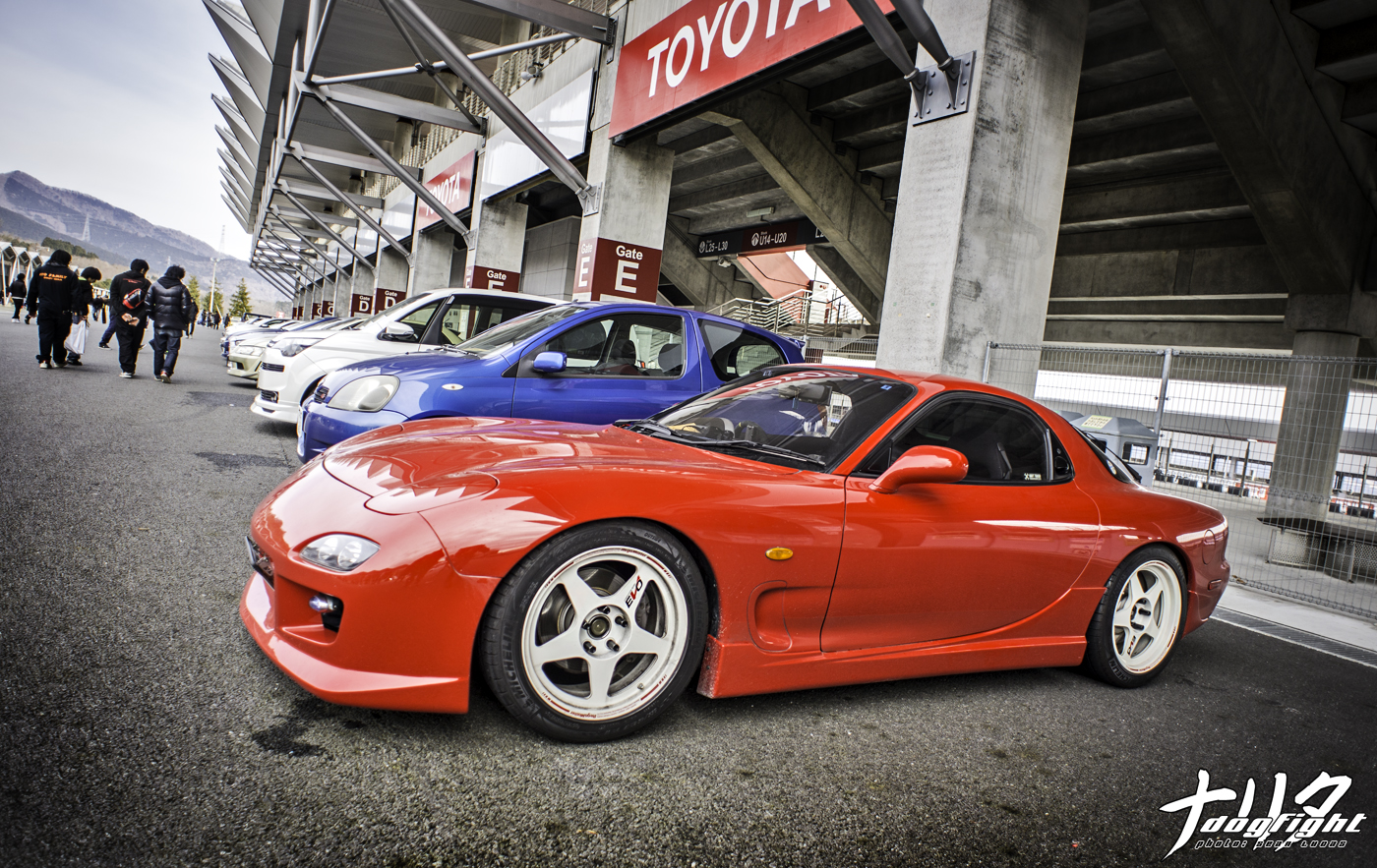 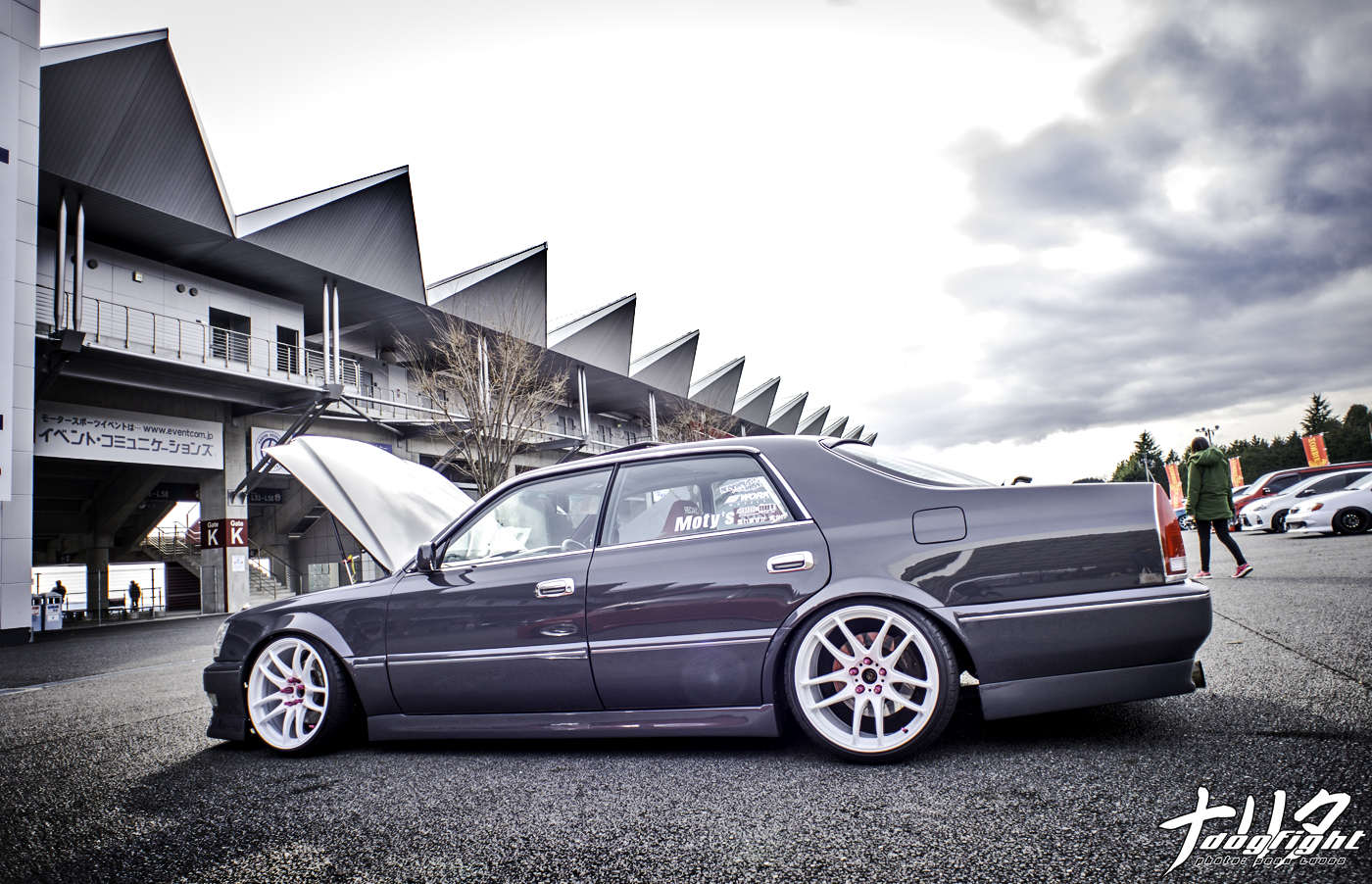 Which brings us to the Carnival.  It wasn’t all too bad, as there were some pretty cool cars there…just had to weed through the not so great ones. 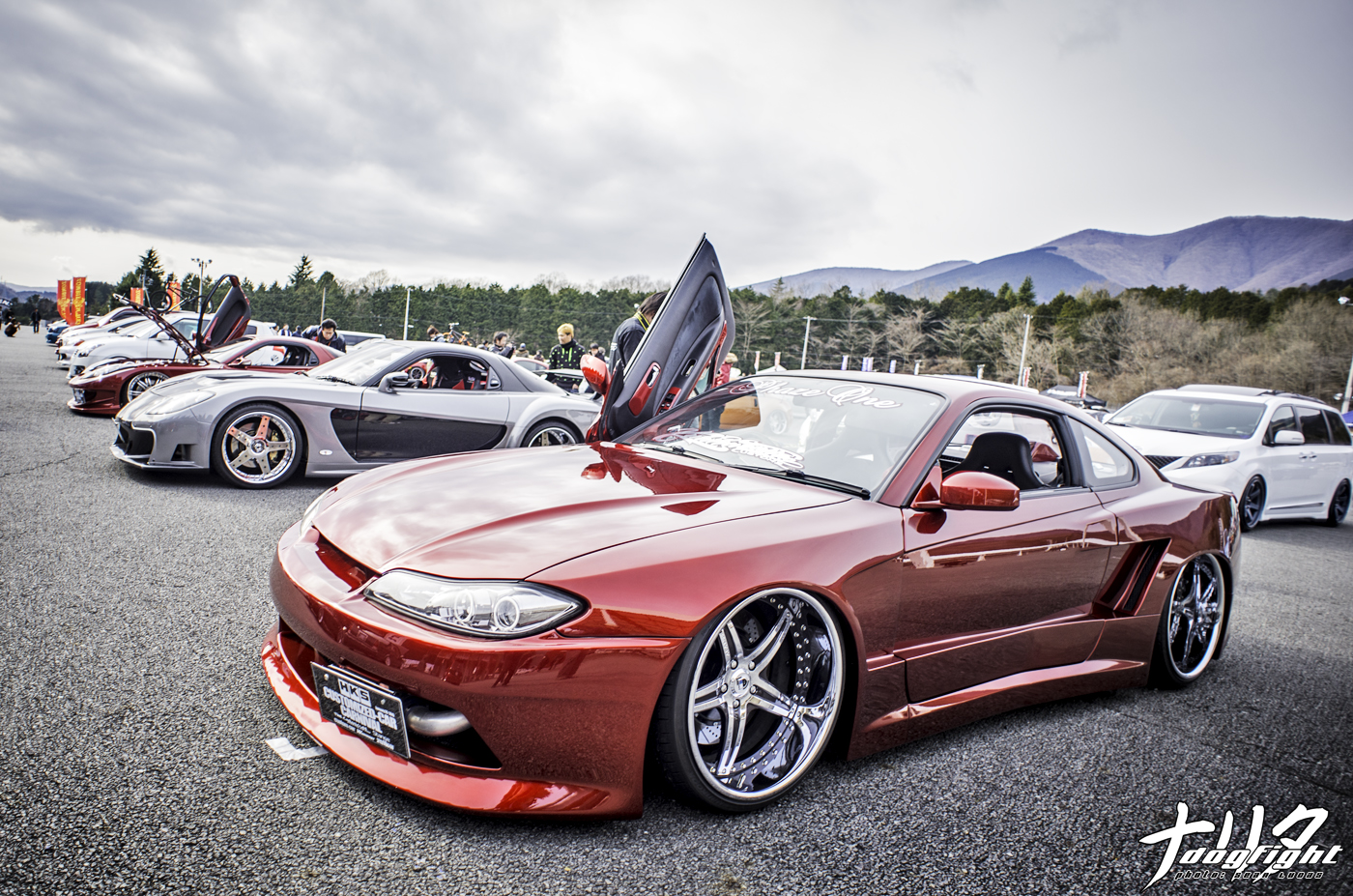 Naota-san and his Phase One S15 were there – this was the first time I saw it since NDF Winter Cafe. 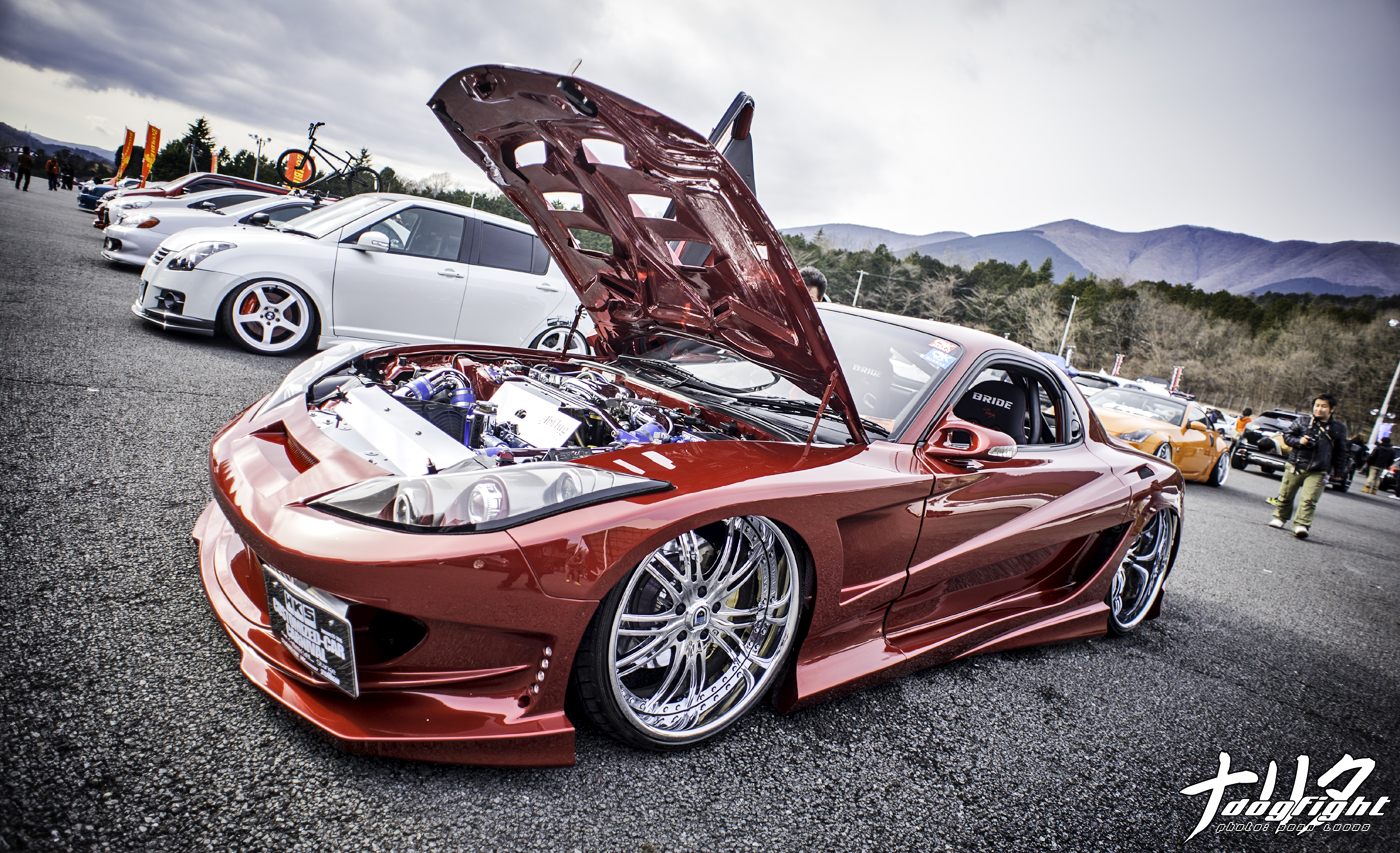 It was parked next to it’s counterpart FD. 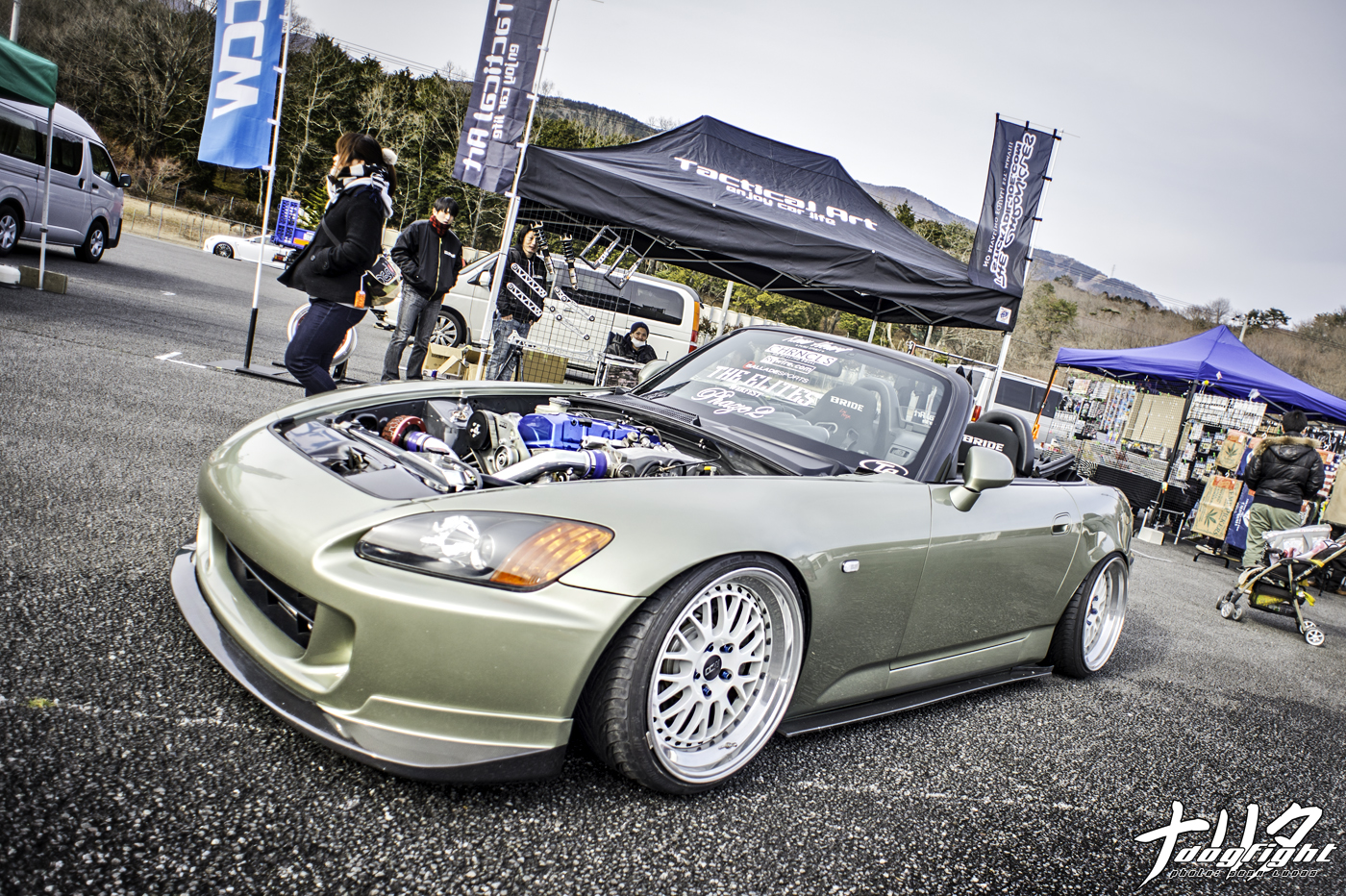 Mr. Yasu from Tactical Art was there supporting Tactical Art and The Chronicles, as Joey wasn’t able to make it.  His S2000 looking as good as ever. 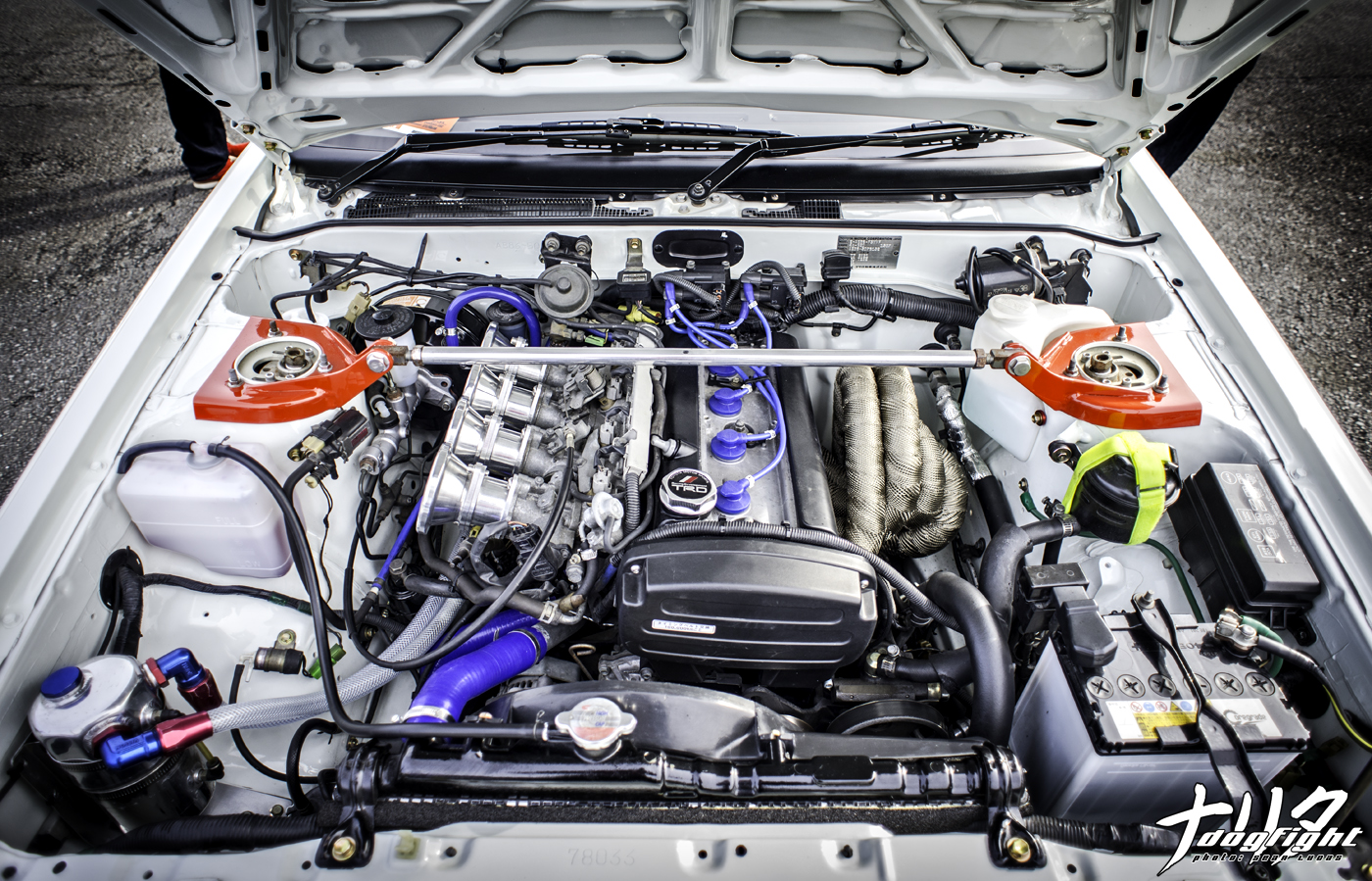 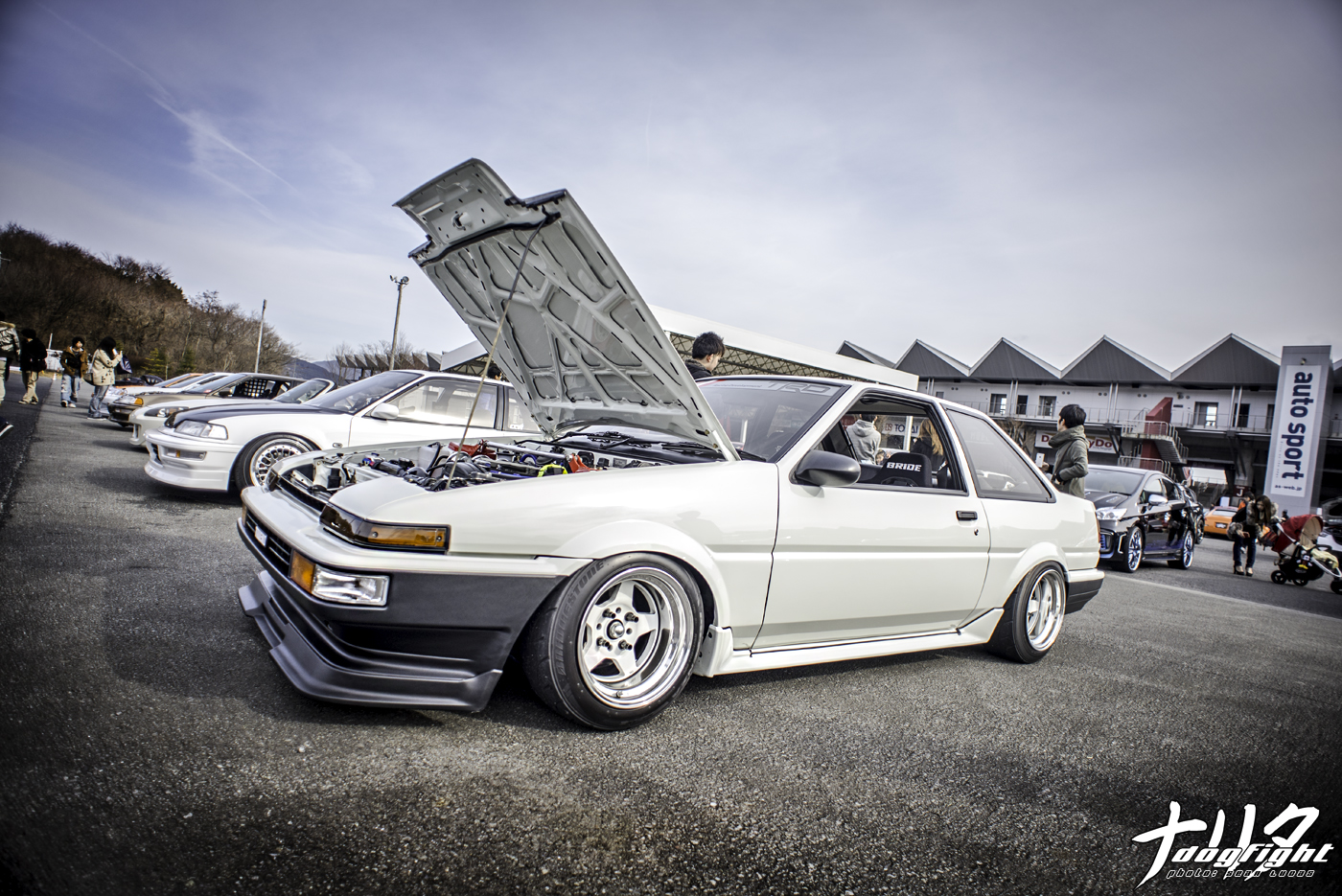 …probably my choice for favorite car at the HCC event.  Unreal. 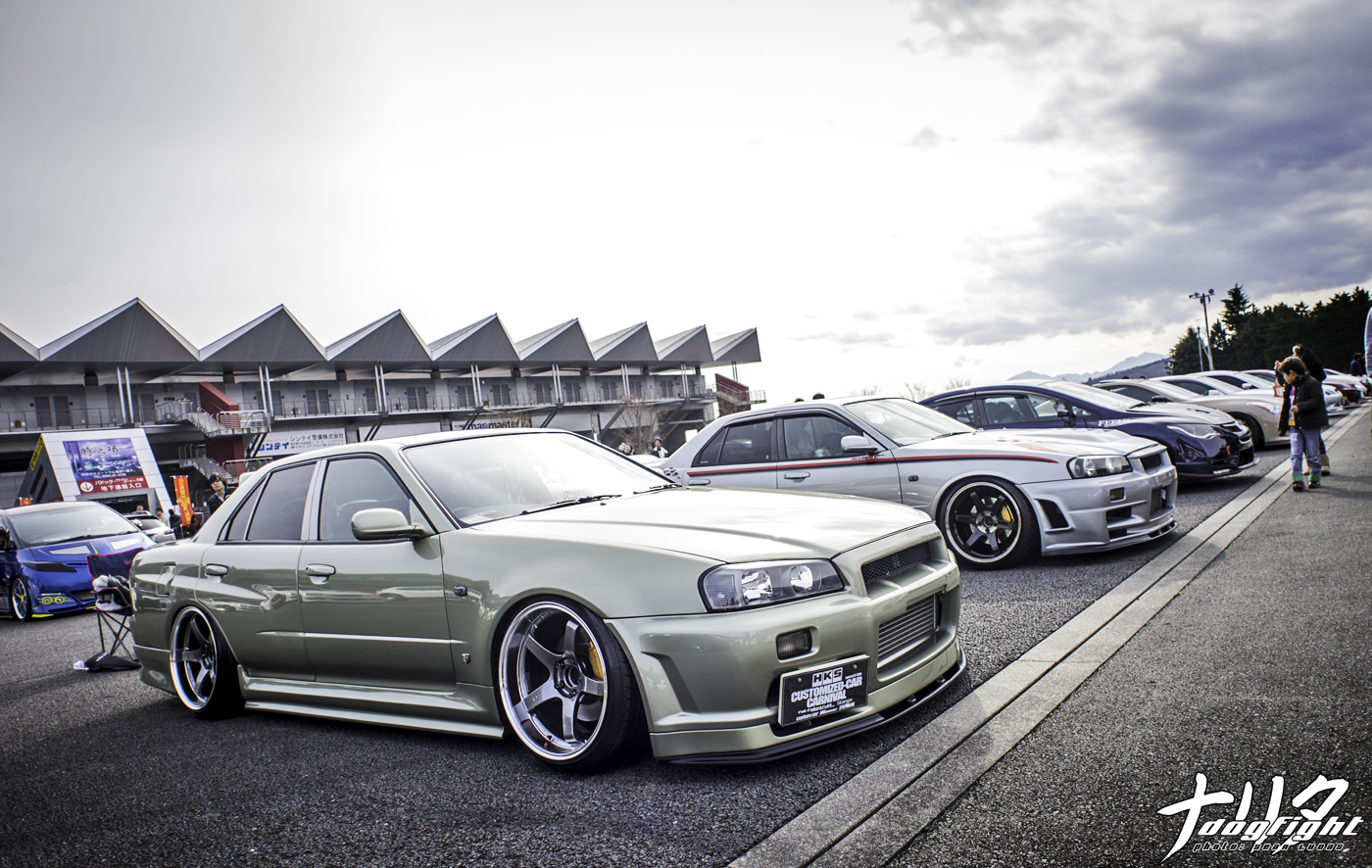 Junya and his famous R34 were in attendance as well. 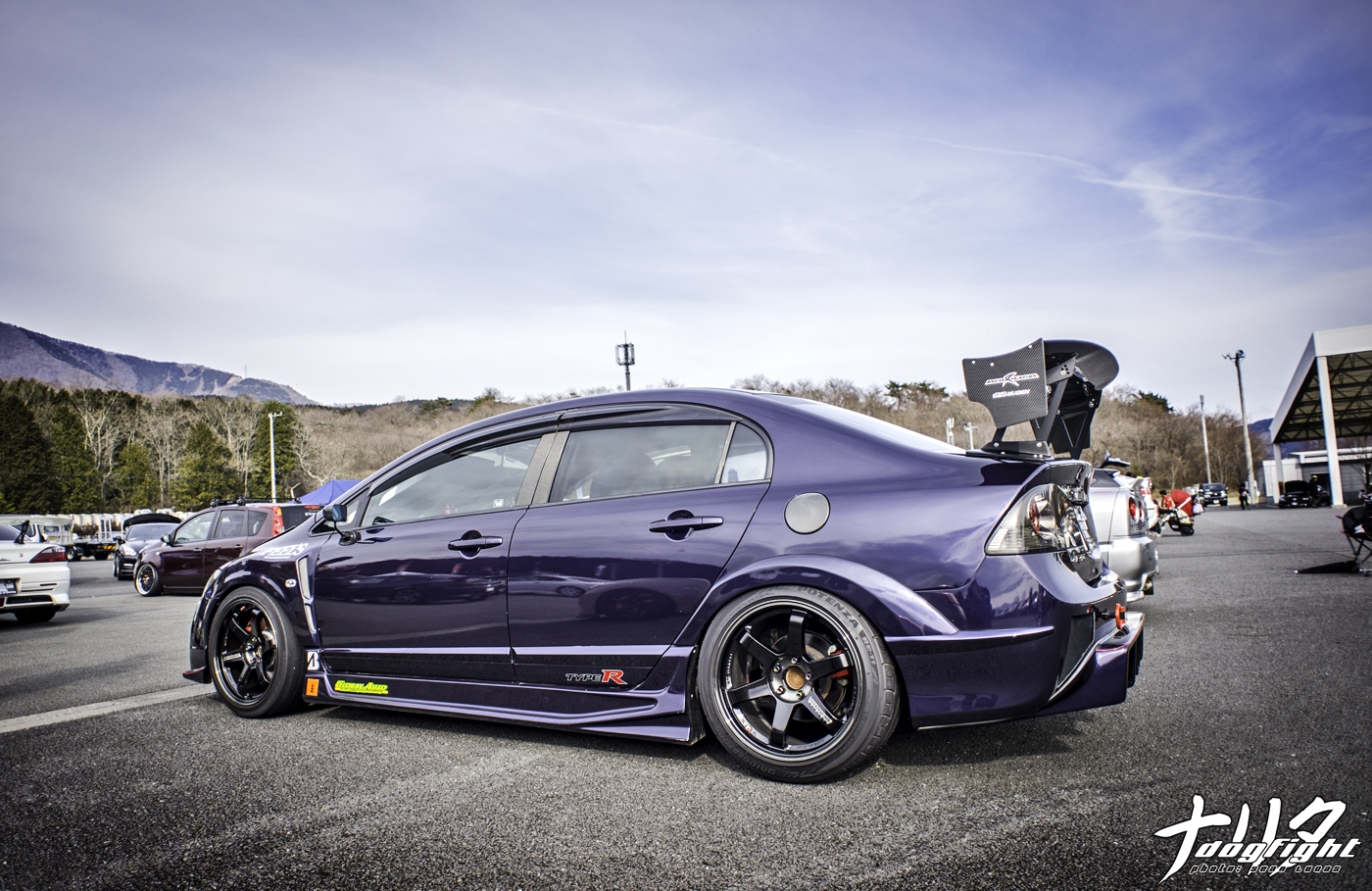 This Civic from Global Auto was also very cool.  Really well put together, but I wonder…why wasn’t it on the track?!  This would have been perfect for the Hiper Challenge! 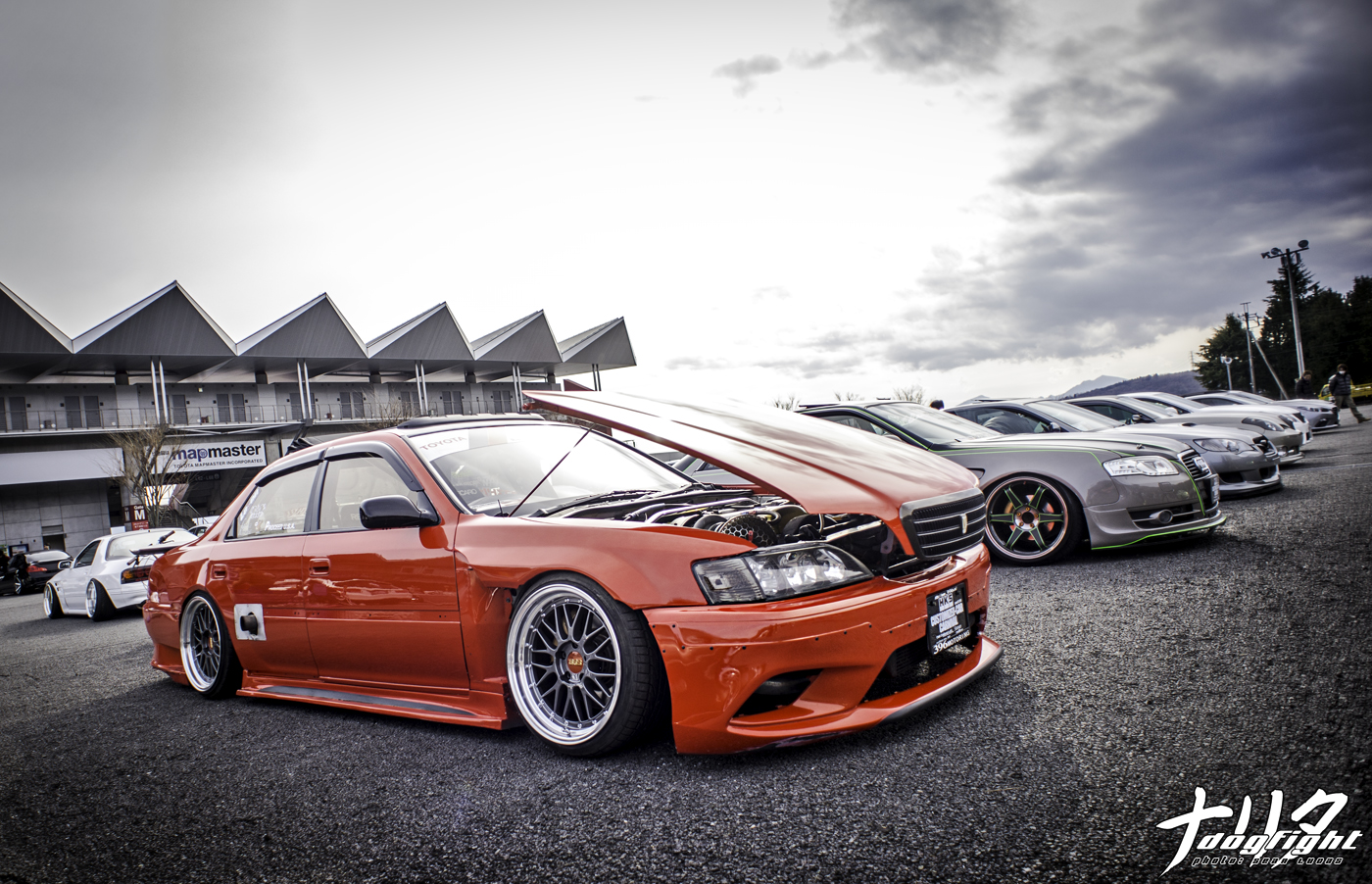 I’ll close out with this rad Sedan parked next to the Gazelle Punch Audi Sedan thing.  I dig the rear door exhaust ~

….and…eh.  I don’t feel like typing anymore.
Have a good weekend everyone!  Go work on your cars, or ride your bike or something.