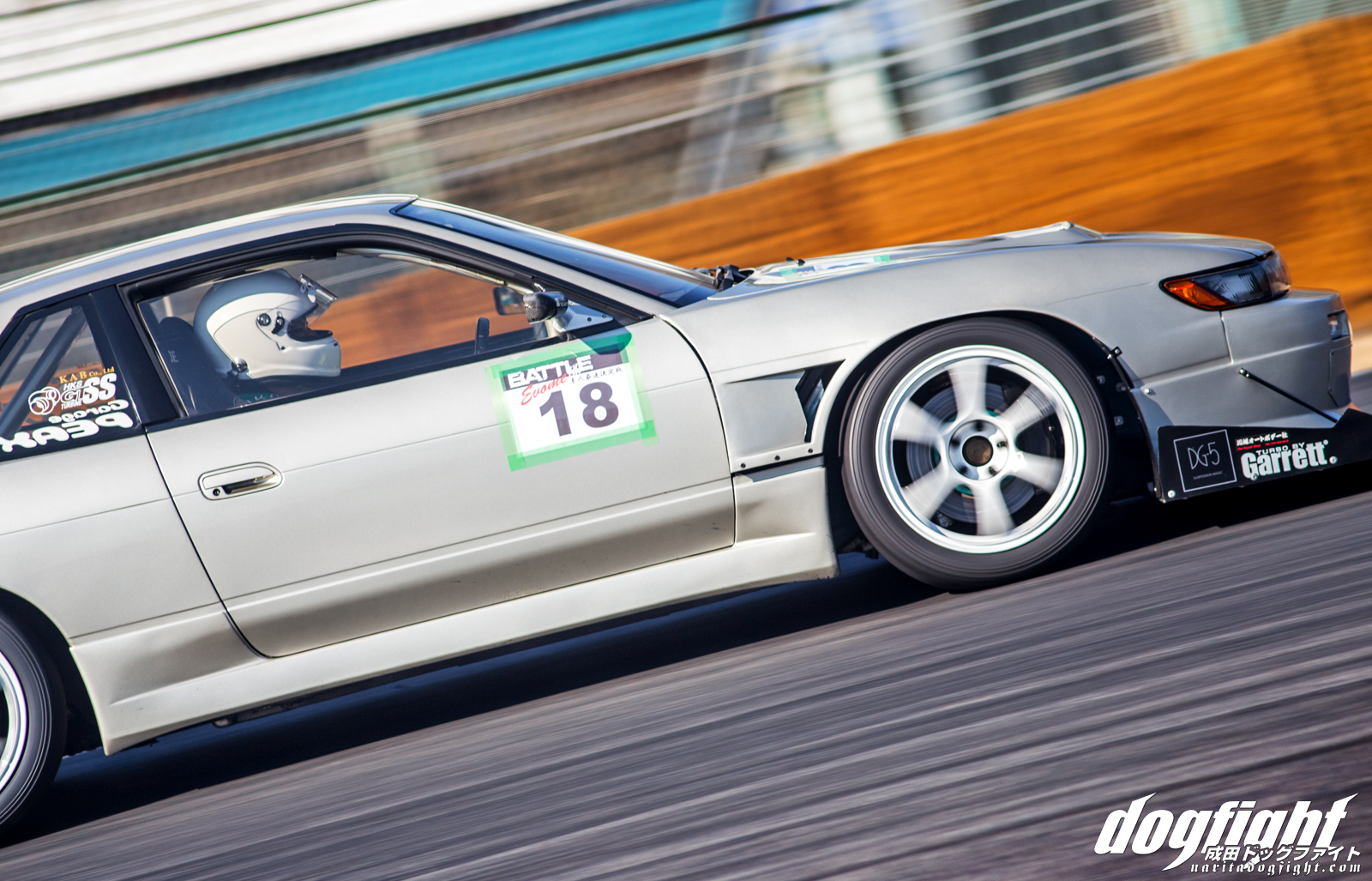 Every once in awhile I’ll come across some new faces at Tsukuba that really catch my attention.  In most cases though, just because they’re new to me, doesn’t mean that they’re new to the circuit.  The Garage PEAX Silvia is one such example and the it’s high 59 second lap times at Tsukuba proves this fact.  Taking a little bit deeper look into the build reveals a car, and an owner, who have been gradually making changes to achieve the goal of a sub-minute lap time at TC2000.

In the heart of the Saitama countryside, there’s a rather large Western style house set that doubles as the workplace of Garage Peax (Peaks).  This Silvia is a product of the garage and it does well to display the effective simplicity of the shop.  Hardly flashy compared to it’s counterparts, this car goes to show you the capability of a conservative build. 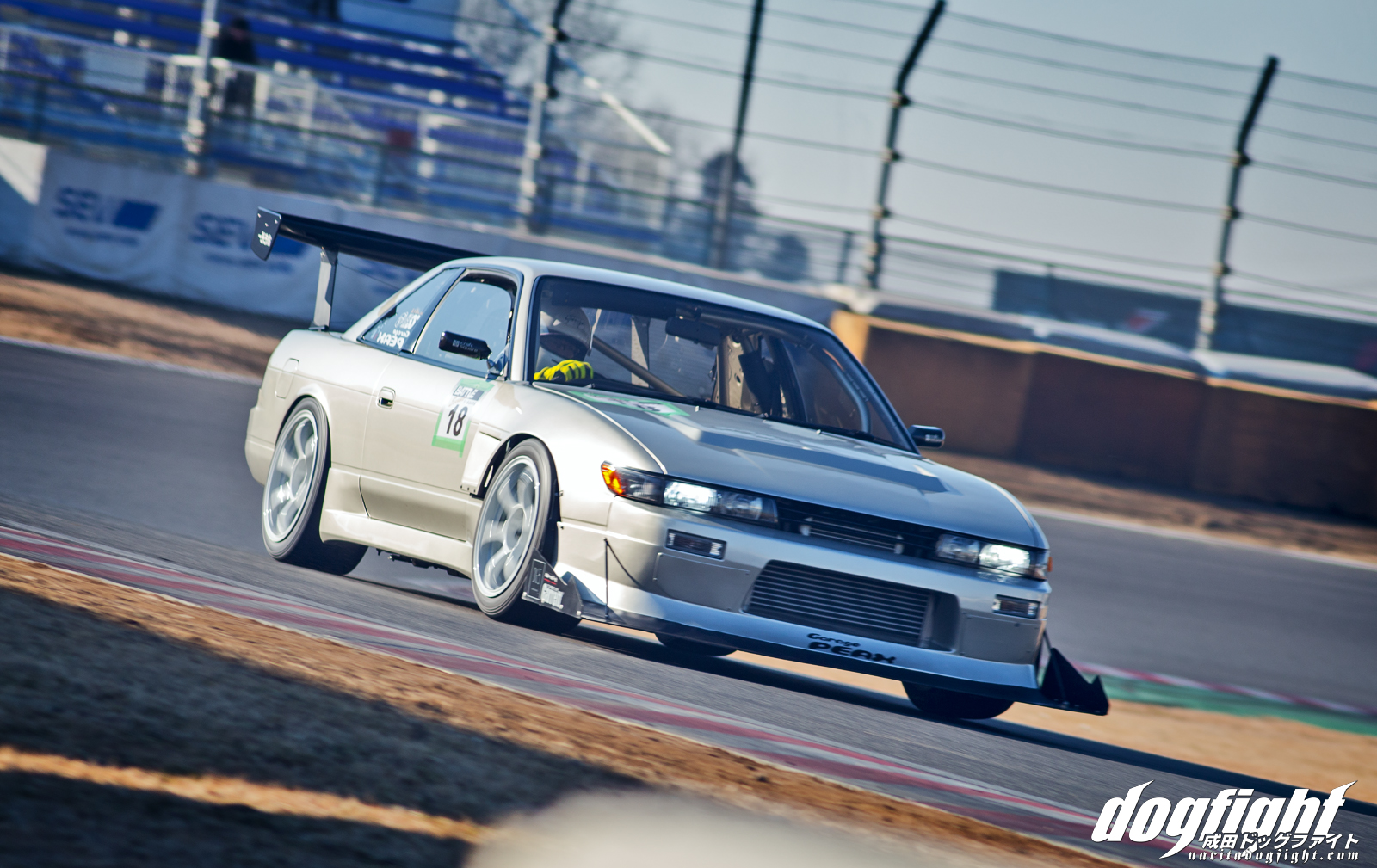 Okizo-san, the owner of this S13, is no amateur to the circuit.  Competing in many events over the years at Tsukuba (both TC1000 and 2000), Nikko Circuit, Mobara, and even Fuji Speedway, it’s safe to say he knows what he’s doing.  A testament to that is what he’s acheived with his street registered S13. 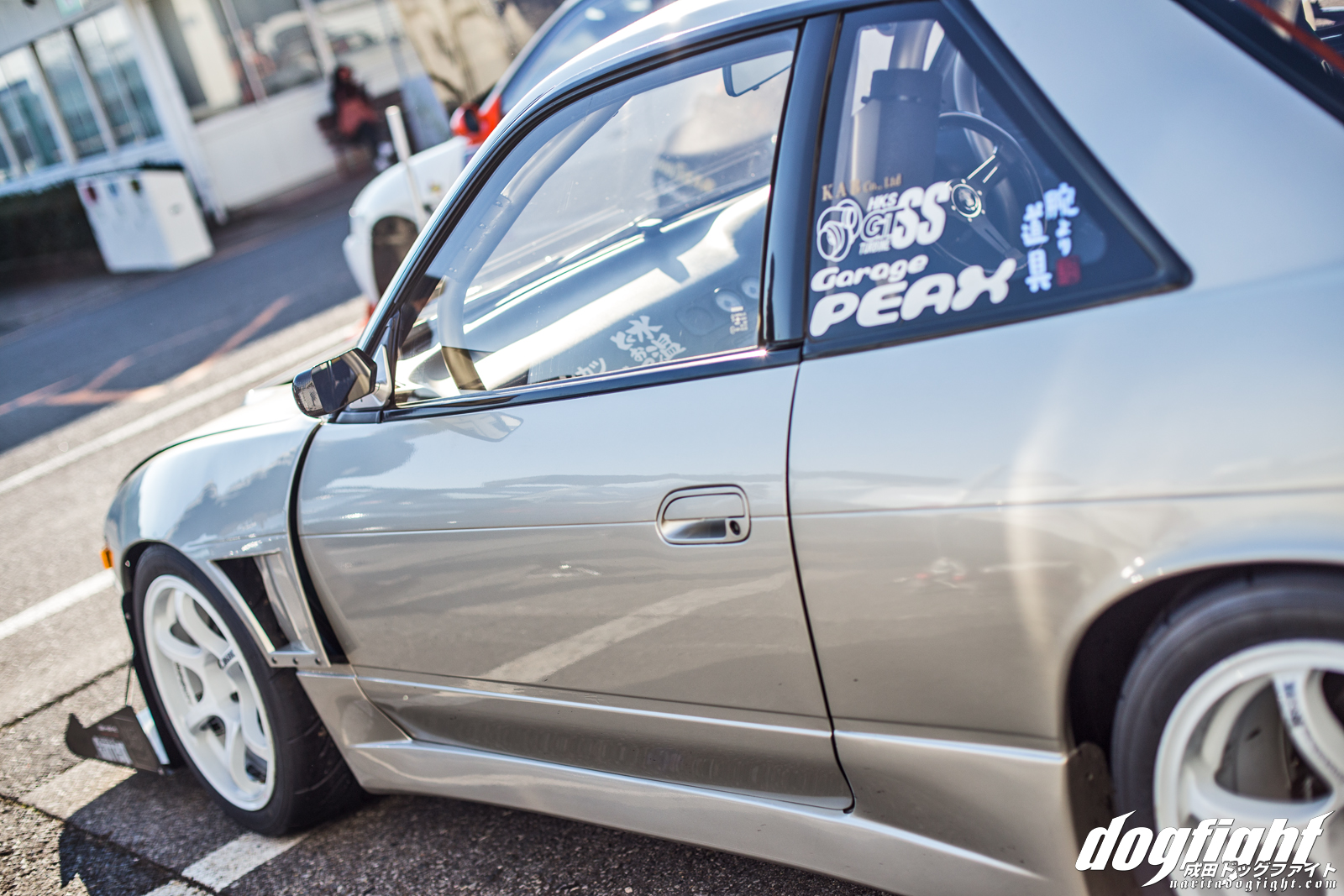 A regular at Garage Peax, he’s taken his car from daily commuter, to weekend warrior with the help of some choice modifications. 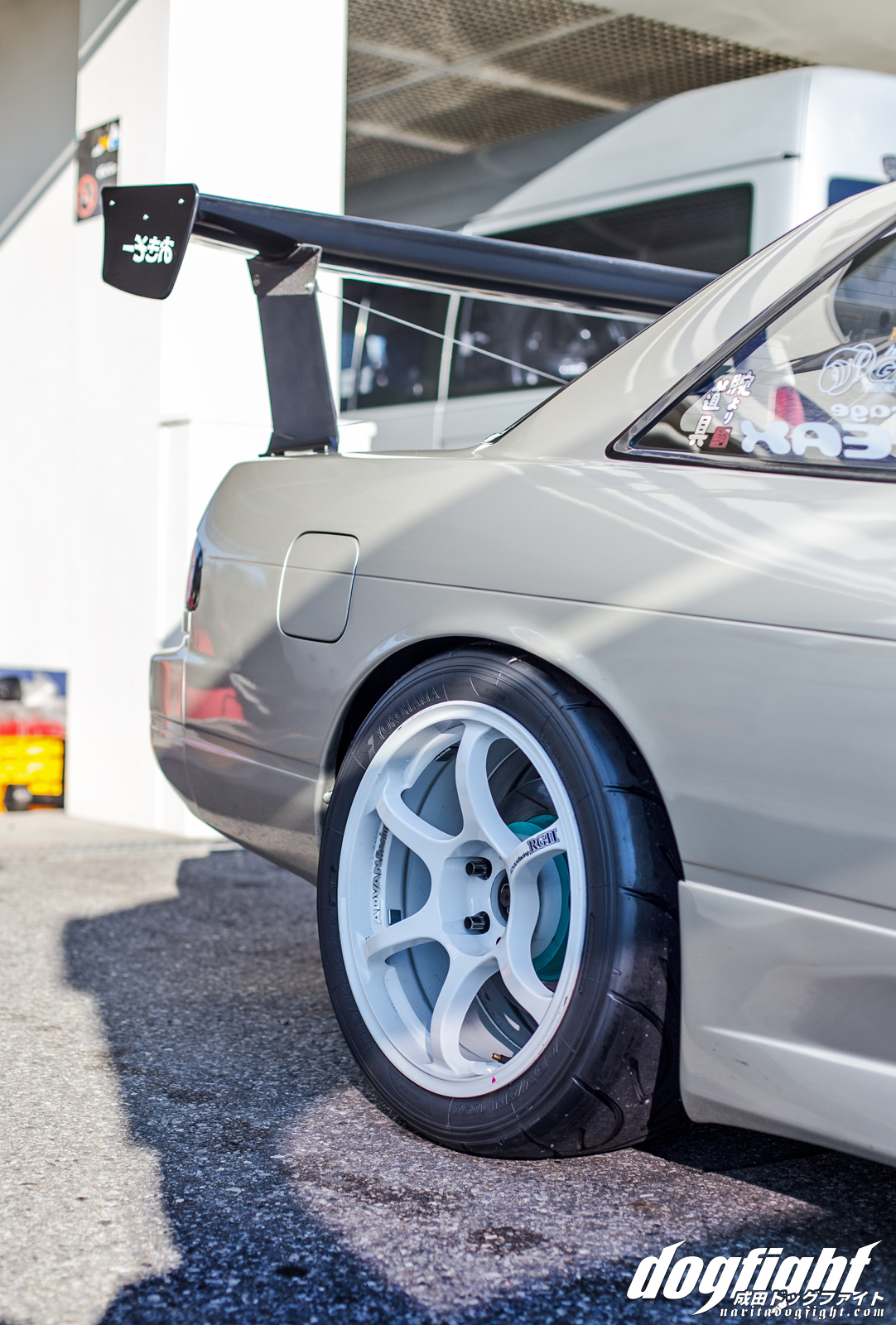 The exterior keeps the car looking relatively conventional with a couple aerodynamic aids.  On the back of the trunk sits an Esprit 1800mm GT wing to help keep the rear stable around the turns.  Okizo has also made himself a 5mm undertray that runs along the bottom of the car and increases overall downforce. 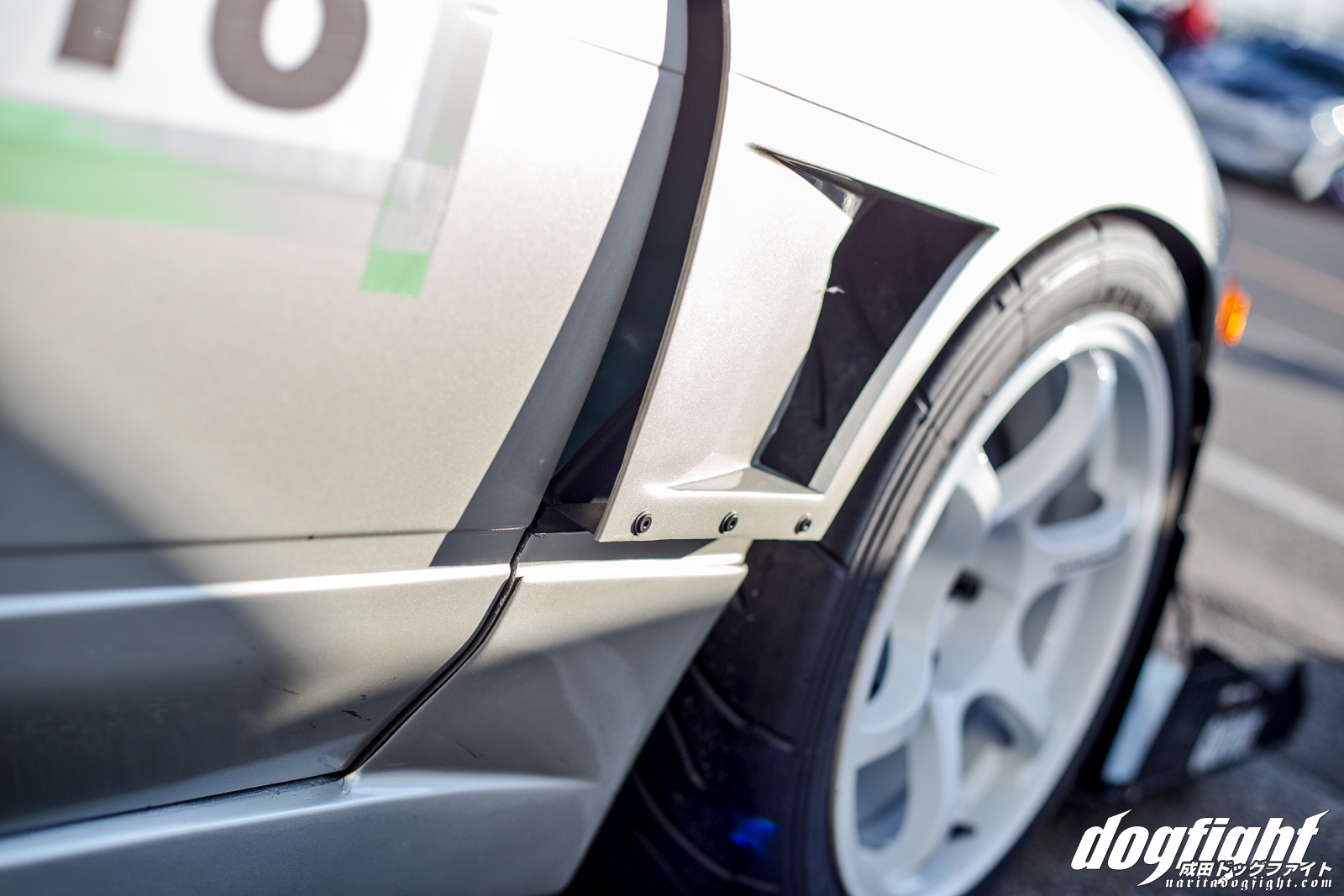 The FRP fenders, and front bumper help keep weight down and increase air flow from the front.  They also allow the 17×9.5 RGII’s to fit in the wheel well.  On the circuit, Okizo utilizes a 255/40/17 Advan A050 tire; the top choice in Japan. 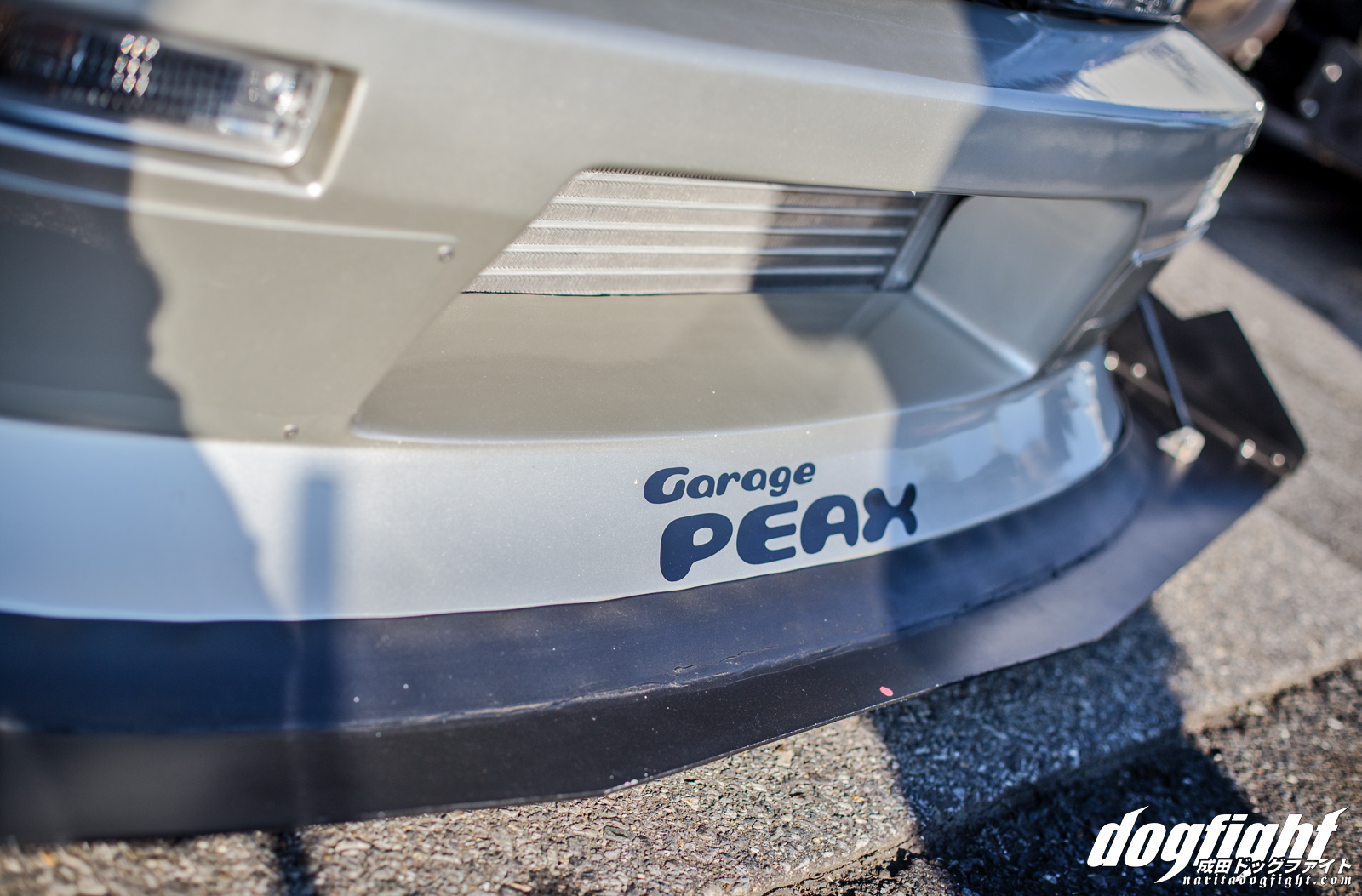 The newly designed front splitter compliments the Esprit wing in the back to balance out the car. 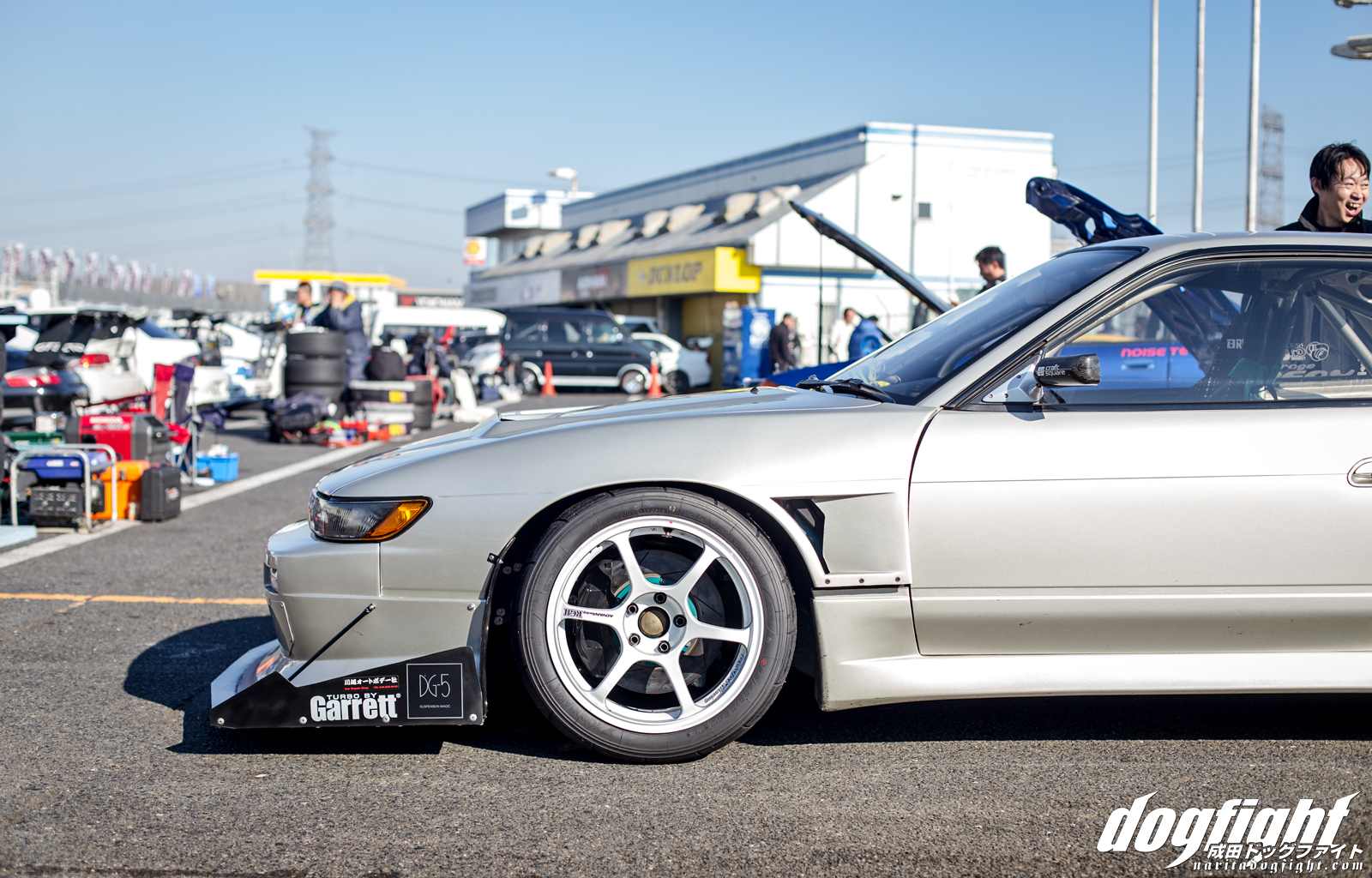 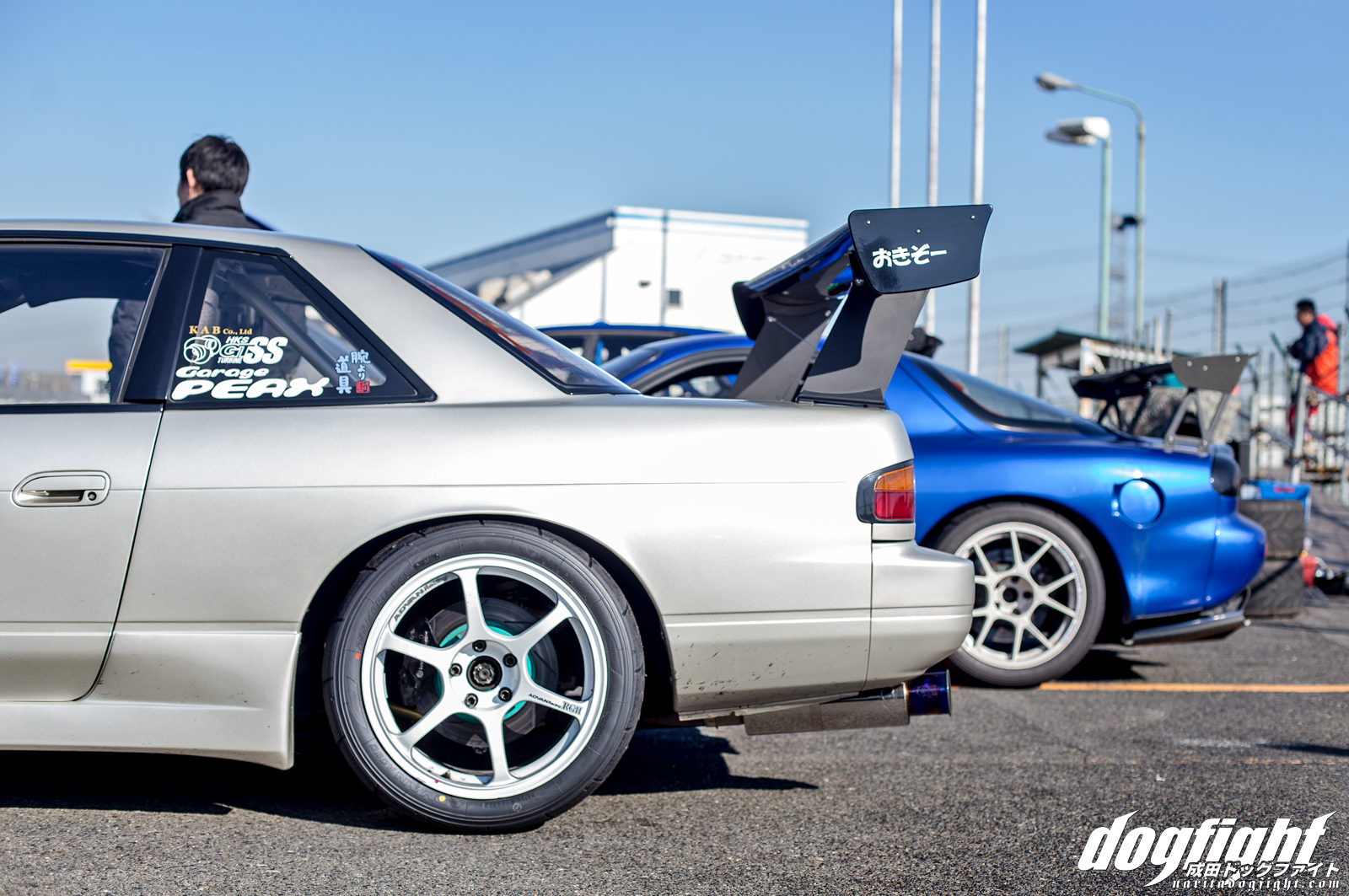 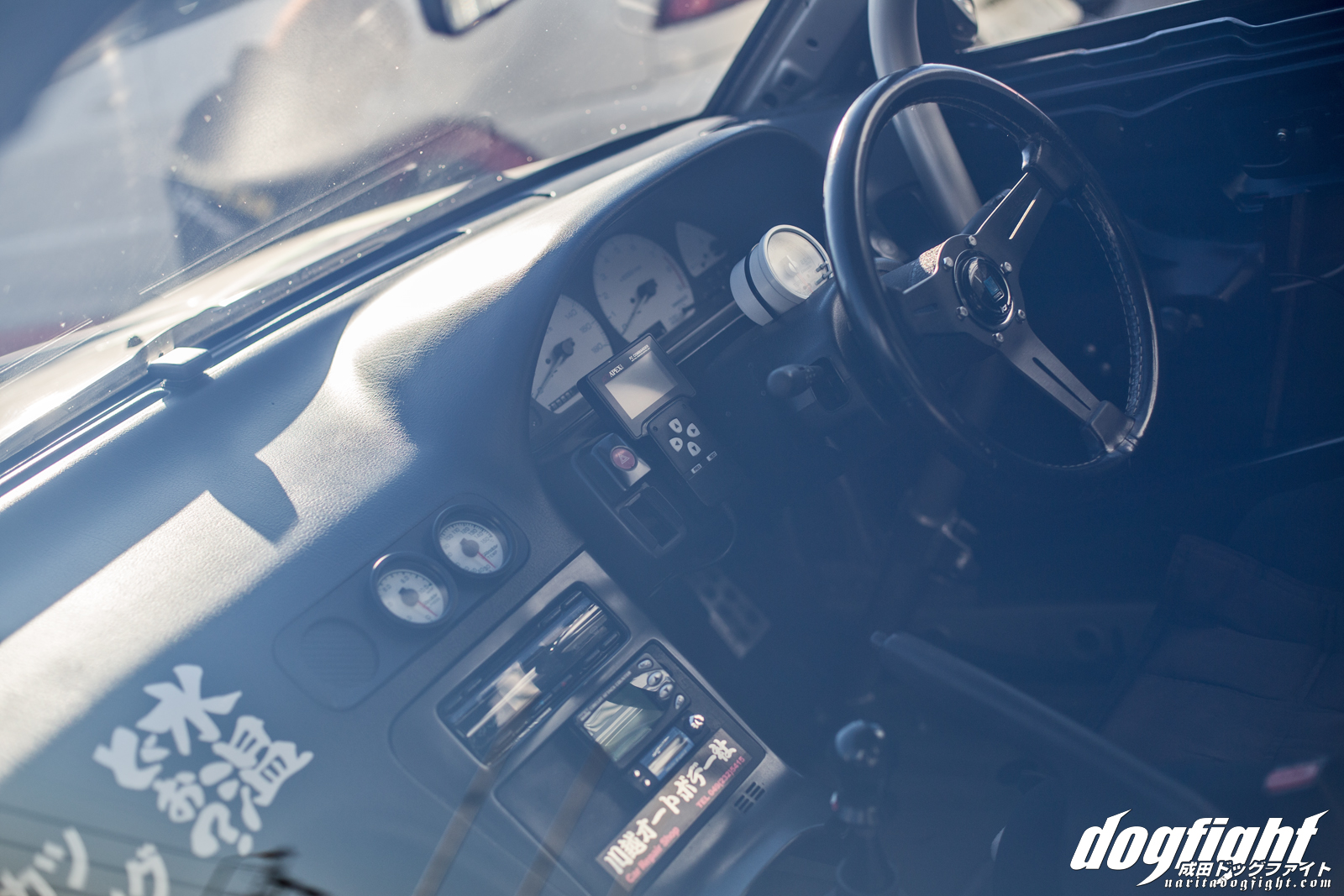 Inside the Silvia, you won’t find much.  From the seats back, the car has been devoid of any and all interior parts to help save weight.  The chassis has been spot welded and a 7 point roll cage resides where the rear seats used to be.  The air conditioning has been removed to help weight as well, but the owner decided to leave the heater core in for those crisp morning drives to the track. 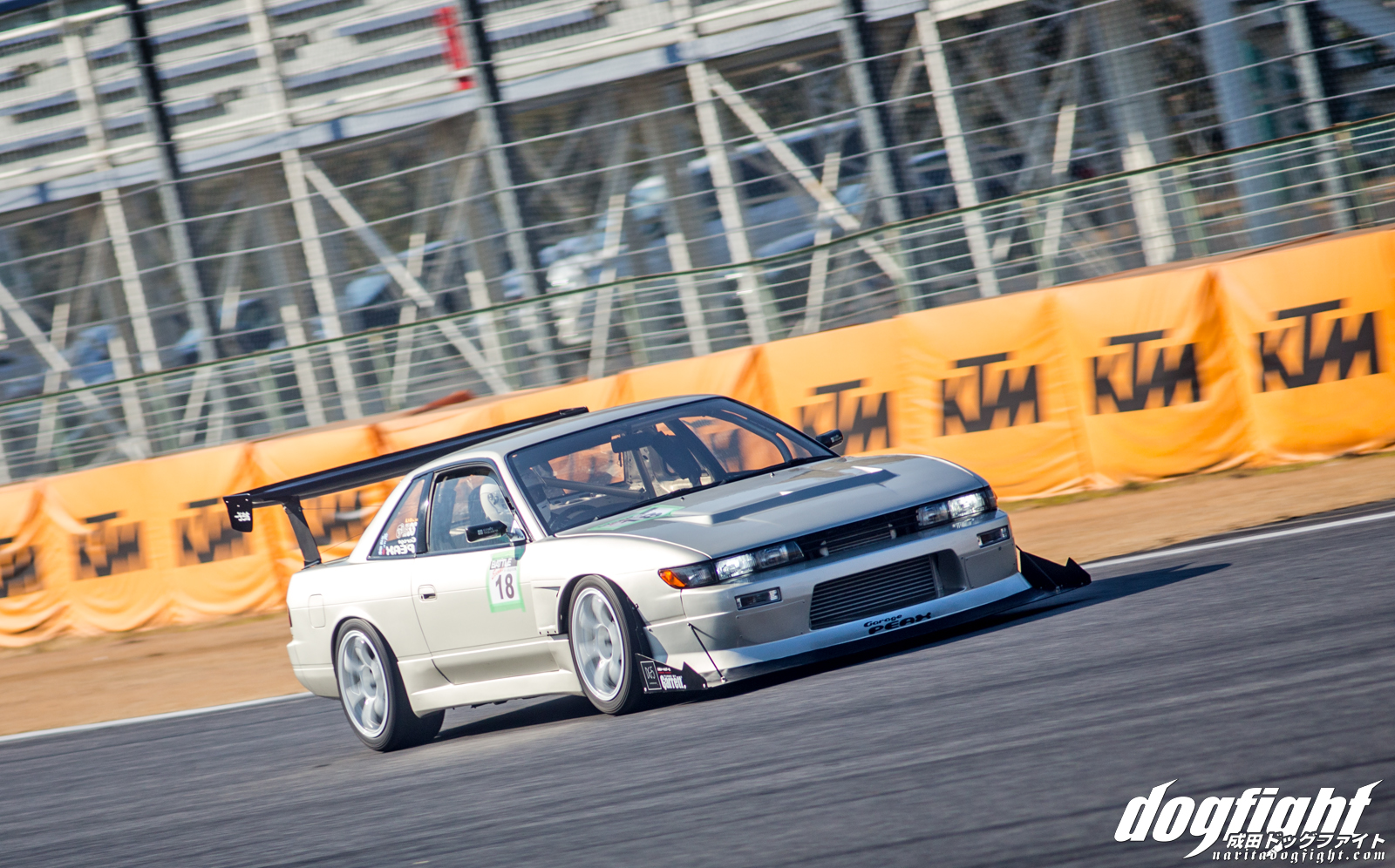 The engine has been tastefully, but comprehensively modified in a way that would lead you to believe he’s done this before.  The OE SR20DET now sports an upgraded HKS GT-SS turbine, and is supported by a host of Tomei drivetrain parts.  Nismo injectors and fuel pump were recruited to supply fuel to the motor and HPI manifold and exhaust handle the spent gases.

An OS Giken transmission with Nismo 1.5 way diff and Nismo clutch are responsible for getting the power to the asphalt. 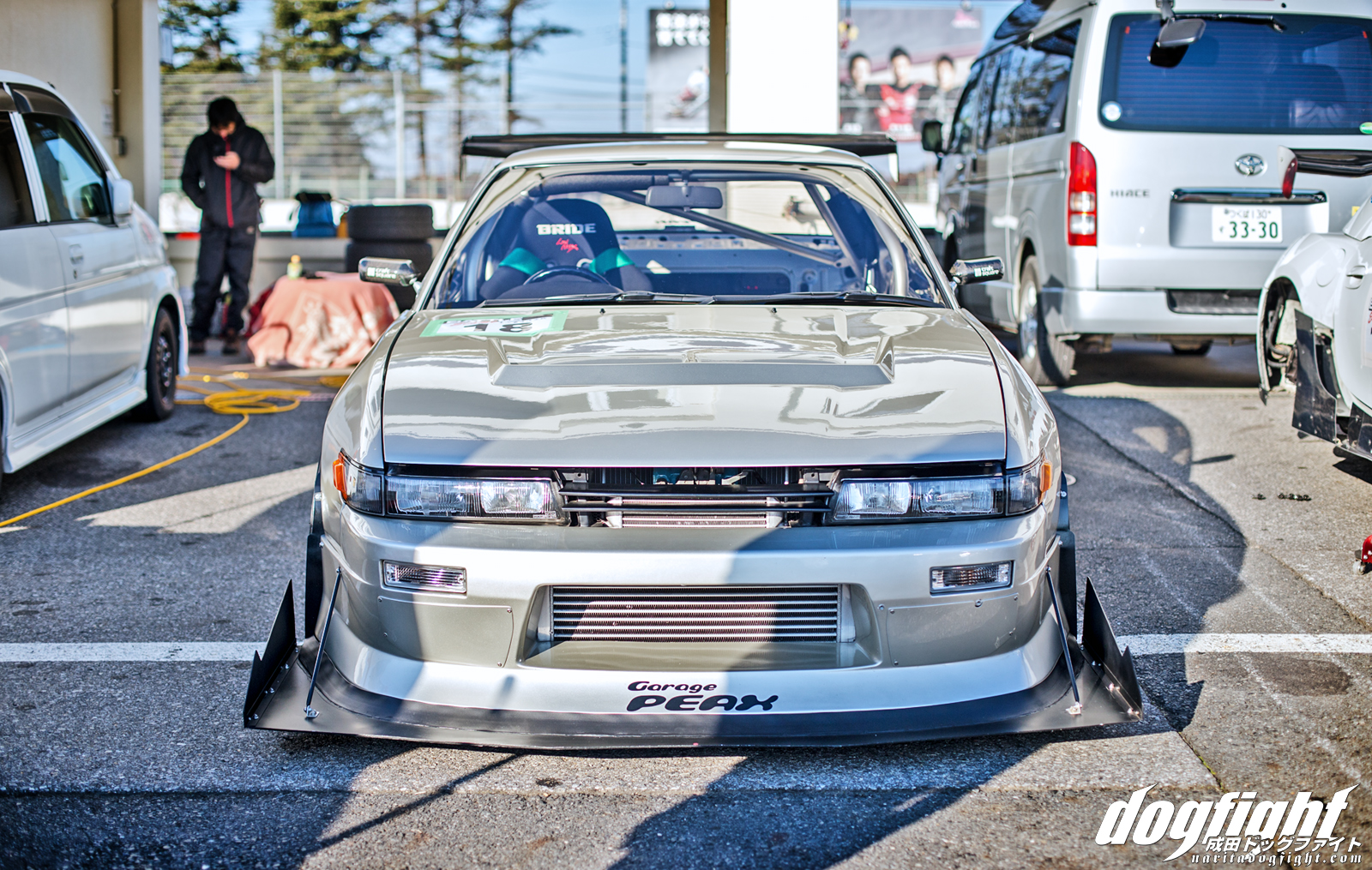 It’s a perfect example of quality over quantity.  A choice few parts, thrown together, often make for a solid, reliable build that performs.

I’ll keep an eye out for this car at future events; something tells me it won’t be long before seeing it again.