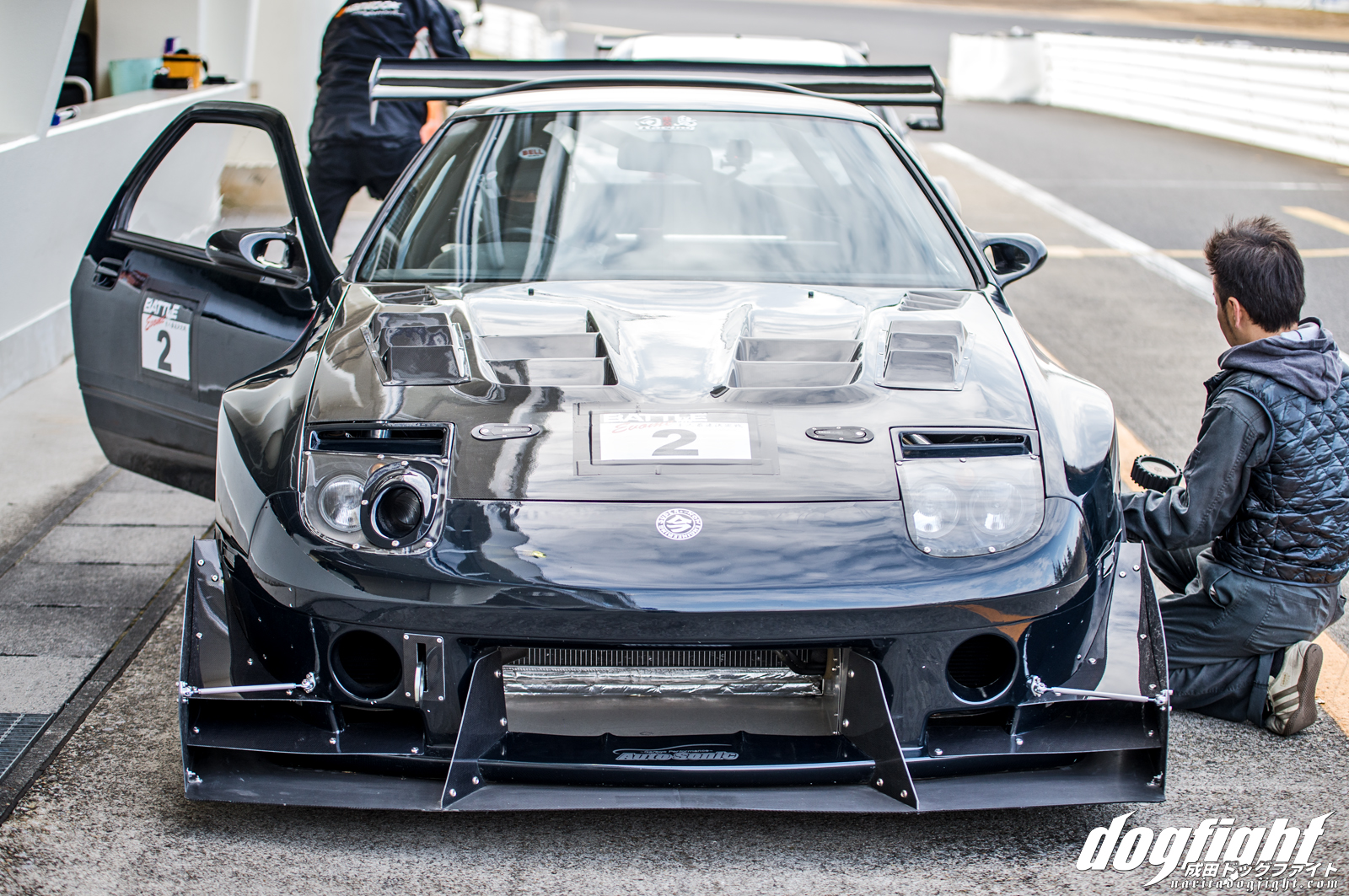 ‘Motobei’ jokes that, back when he bought this RX-7 in December of 2007, he did so with the intent of using it as a daily commuting car.  Like so many of us have experienced, our intentions get brushed aside real quick when we start modifying our daily drivers.  As was the case with the Super Now/Auto Sonic FC3S.  A car that, ironically enough, can no longer be legally used on the street.  With a personal record at TC2000 of 56.495, motives aside, there’s no doubt that the path that the samurai has taken with this car has paid off – big time.

This year, during January’s Battle Evome event, the duo garnered a massively quick 56.508 hot lap.  While not his fastest (56.495), it’s a time that’s not just knocking on the door to a new record, but pounding on it with both fists.  Check it out below:

This is nothing new though.  No wildly new additions to the car, or change in driving style has managed to cut away chunks of time from his lap.  The FC has been running laps in this range for nearly years now.  That alone is a testament to how difficult it is to improve once you’ve reached the top.  A few years ago, the shops SK Design and Auto Sonic have come on board as support shops to further develop the car. 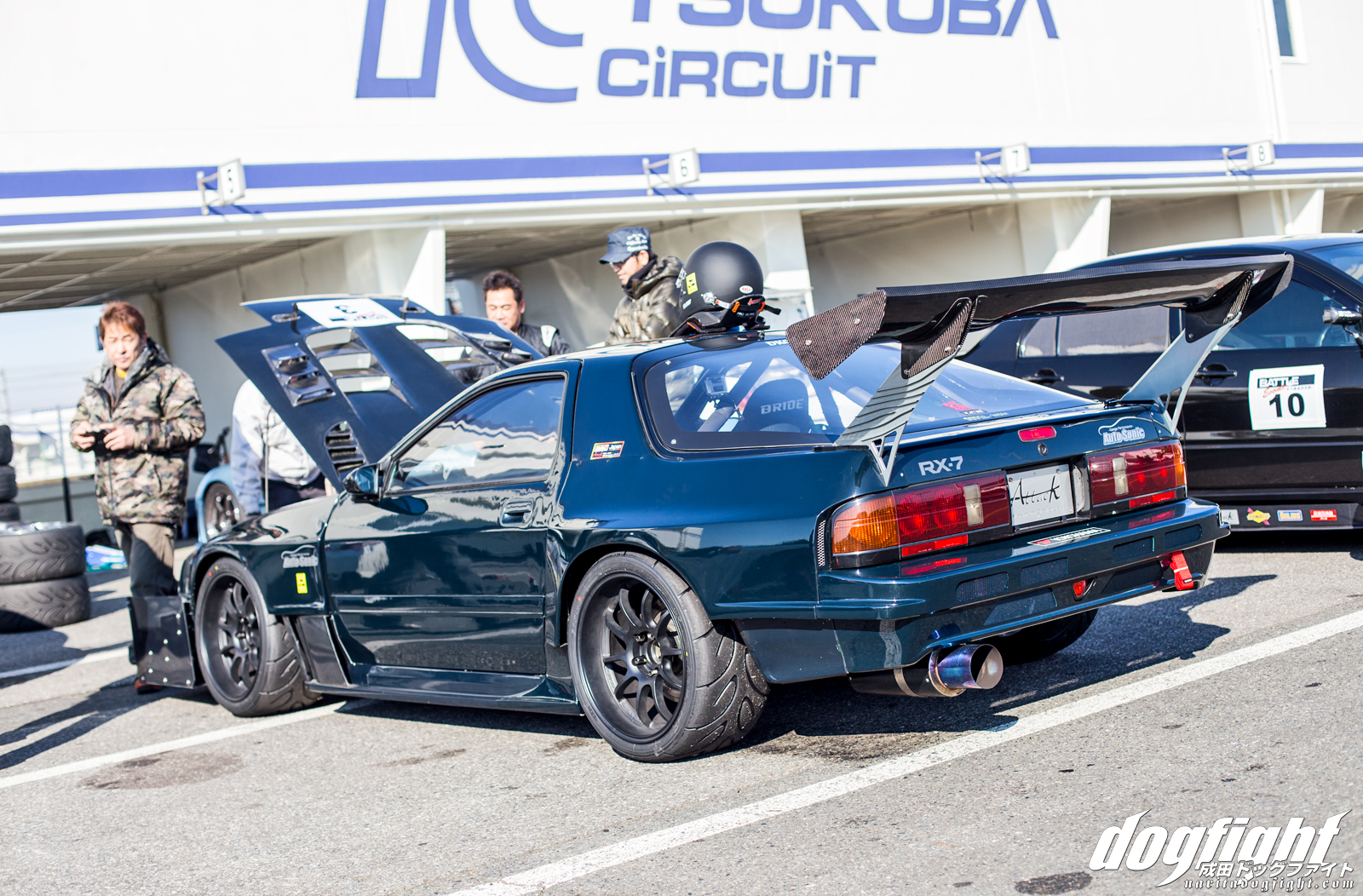 You may remember this car, at one point, being on 15″ wheels up front.  Those have long been traded out for a set of 18×9.5″ Advan RZ-DF wrapped in 295/30 Advan A050.  Although he used to say he liked the way the 15’s handled, there is no denying the grip needed for faster times is obtained in a bigger setup. 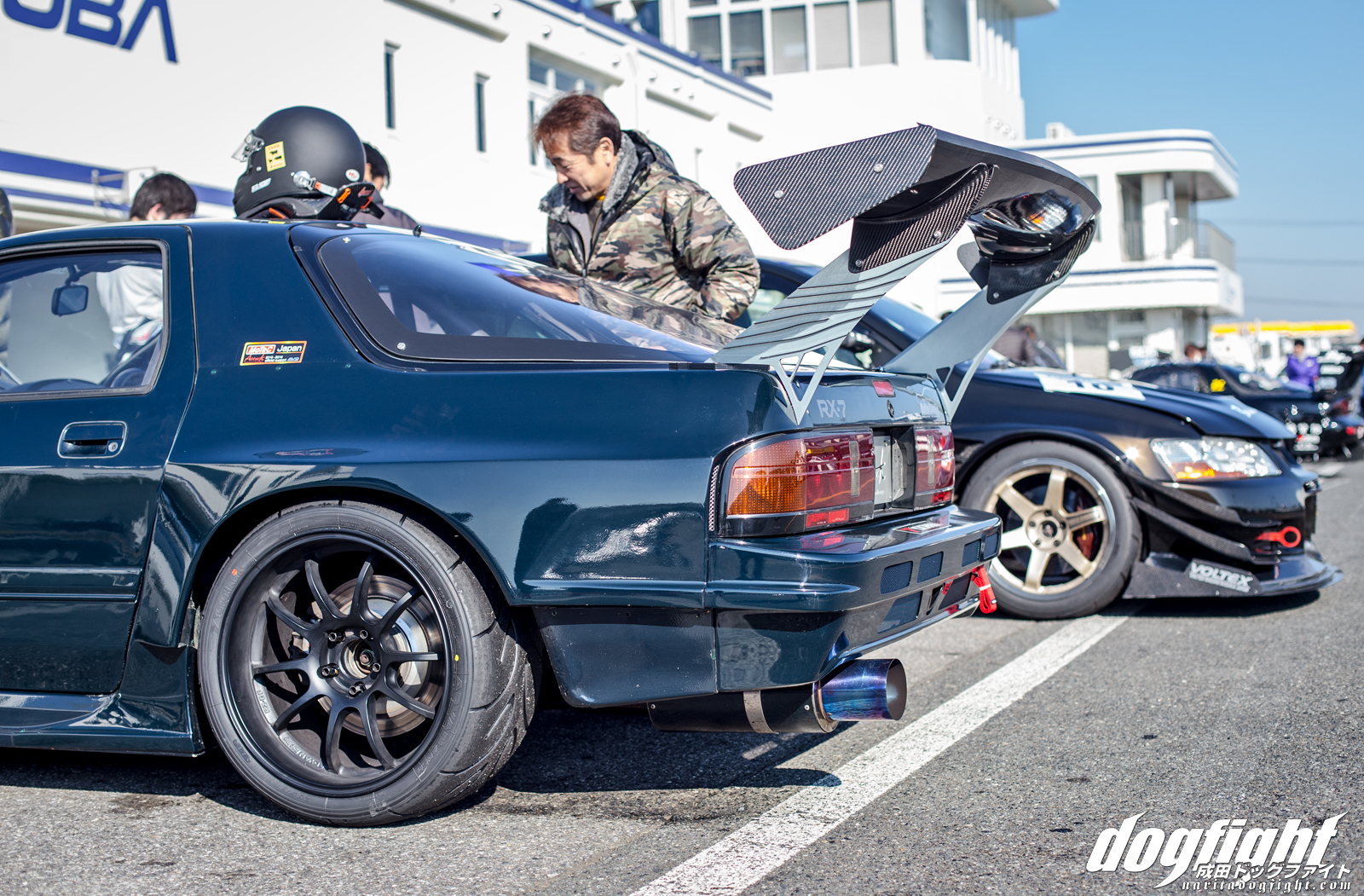 The matte black finish of the Advan’s give the dark green car a very aggressive look.  Check out those cool Super Now wing stands. 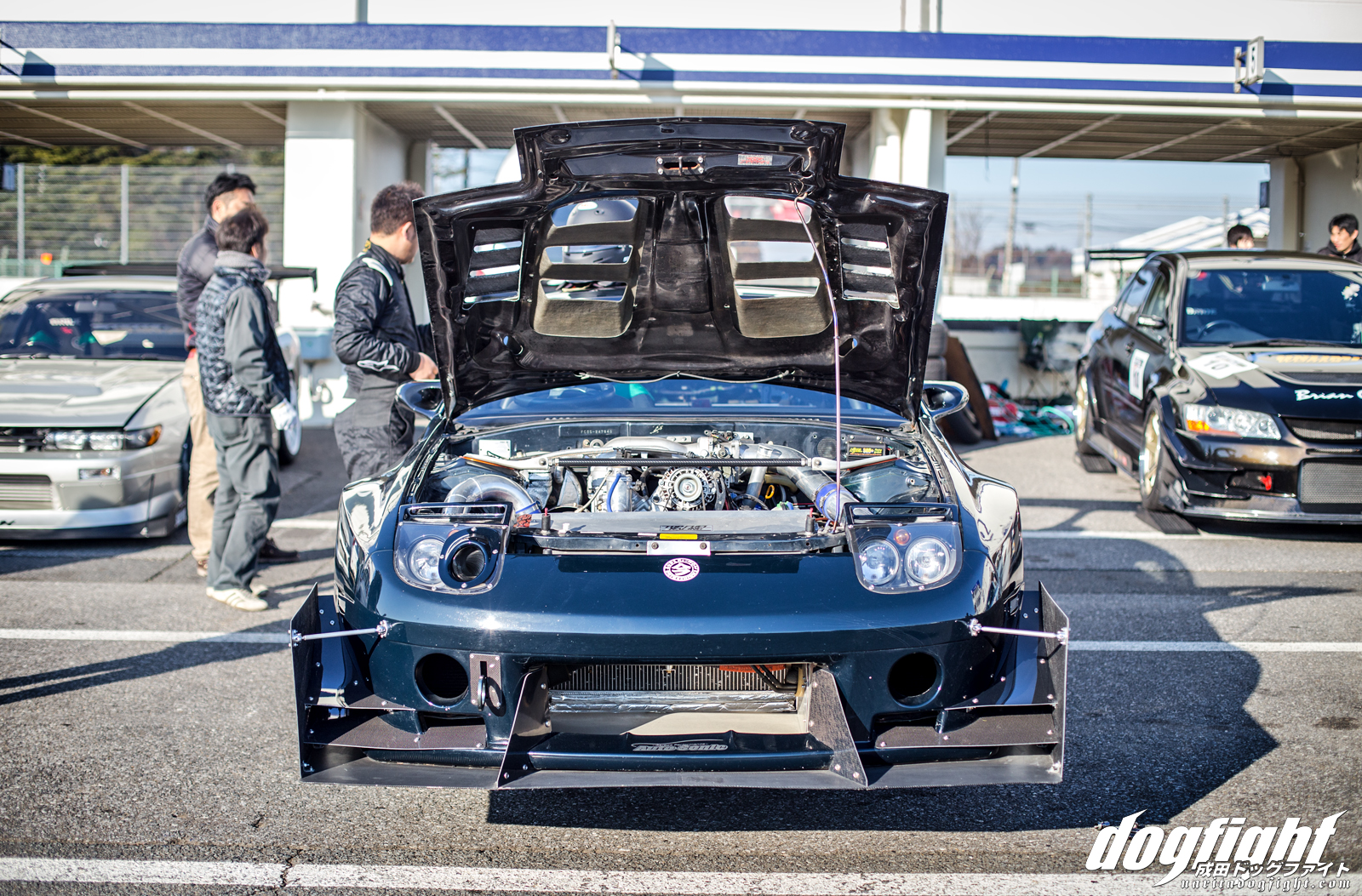 I can never get over how unique this car looks from literally any angle.  No doubt it’s in part due to the uncommon combination of body parts. 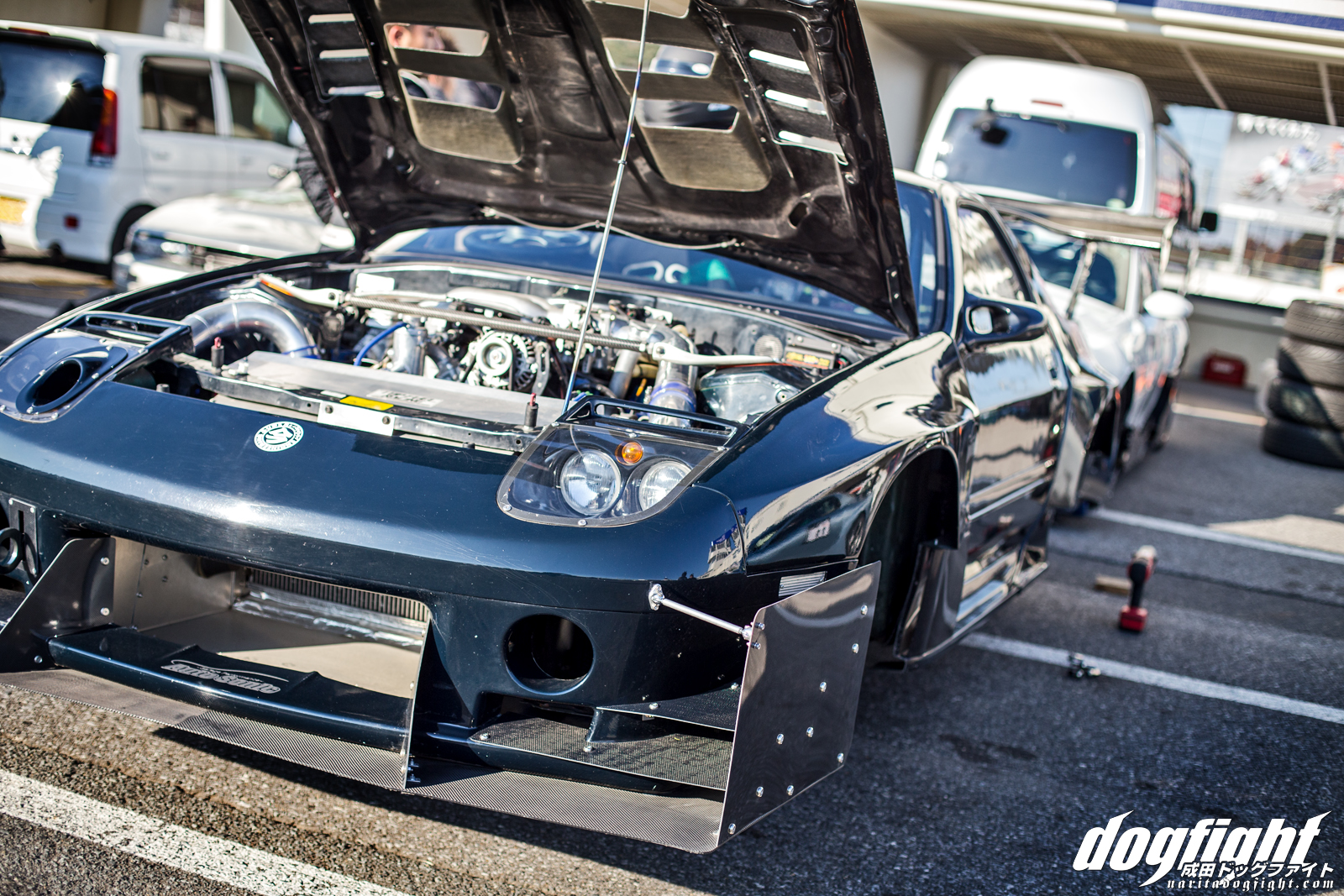 Over the past couple years, the FC has taken on a whole new look thanks in part to Auto Sonic and SK Design.  The exterior of the FC is clad in full Tamon Designs widebody kit, fitted by Auto Sonic.  The front end aero is also addressed by Auto Sonic and a set of one-off canards and splitter.  The carbon doors remain to help lighten the vehicle.  A full underbody has been designed by Super Now to complete the aero package and give the car the most stability possible in cornering. 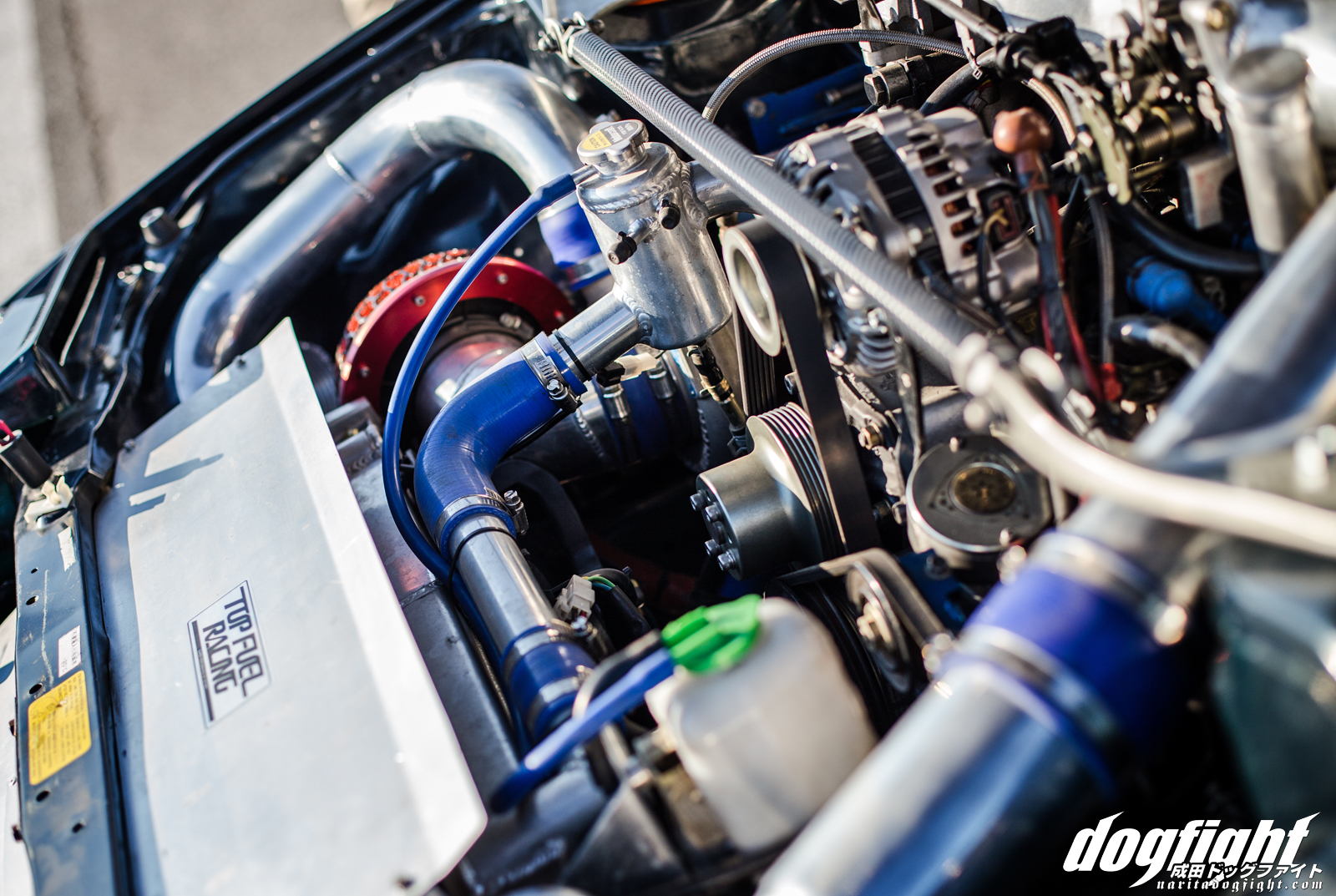 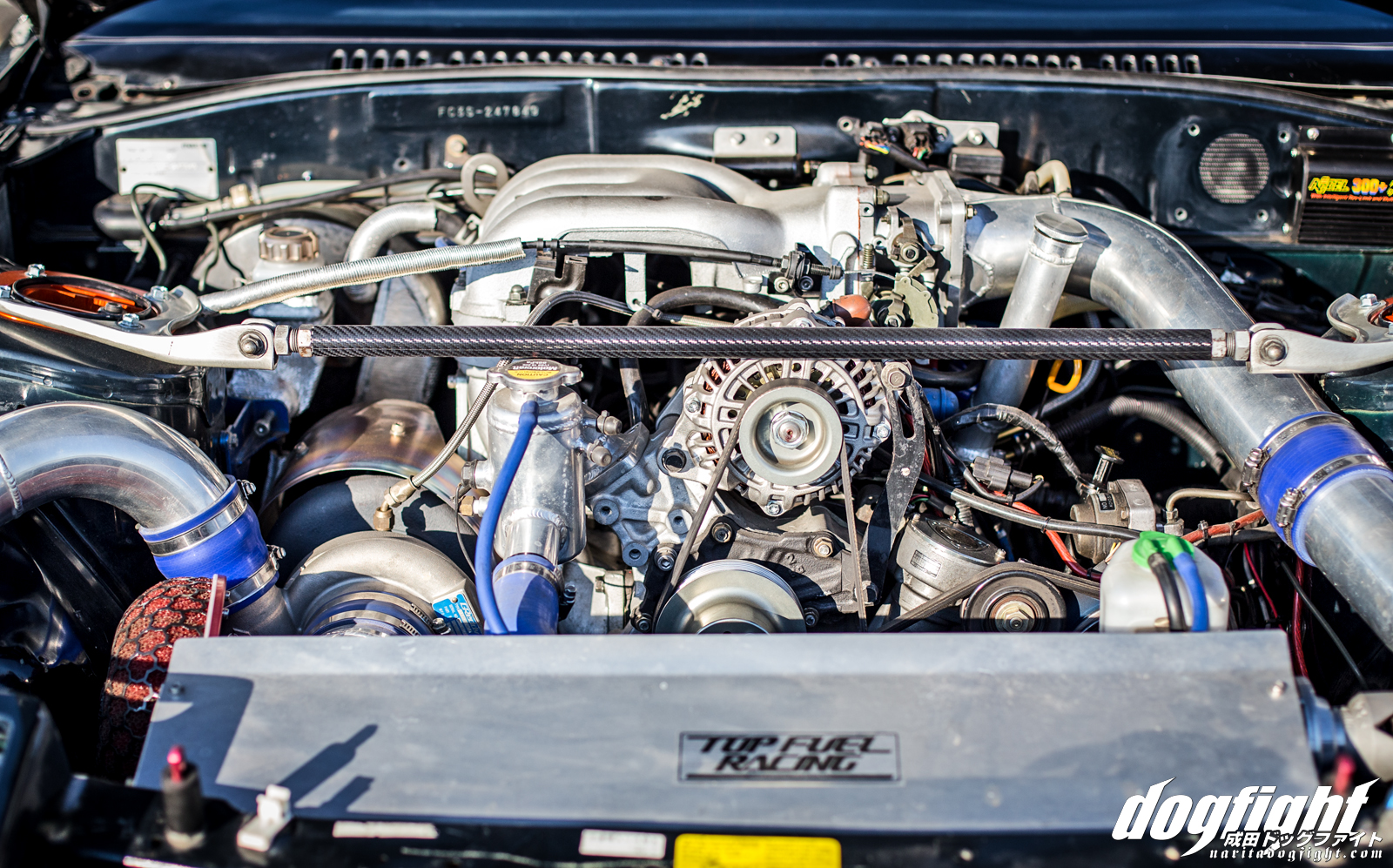 You can’t shoot for a 55 second lap around Tsukuba without a solid hand under the bonnet however, and for that, TFR takes in the dealers seat.  A couple years ago, Top Fuel Racing overhauled the motor to refresh the tired power source.  The bridge-ported 13B has a refreshed Trust 25g turbo that spools to the tune of 500whp. 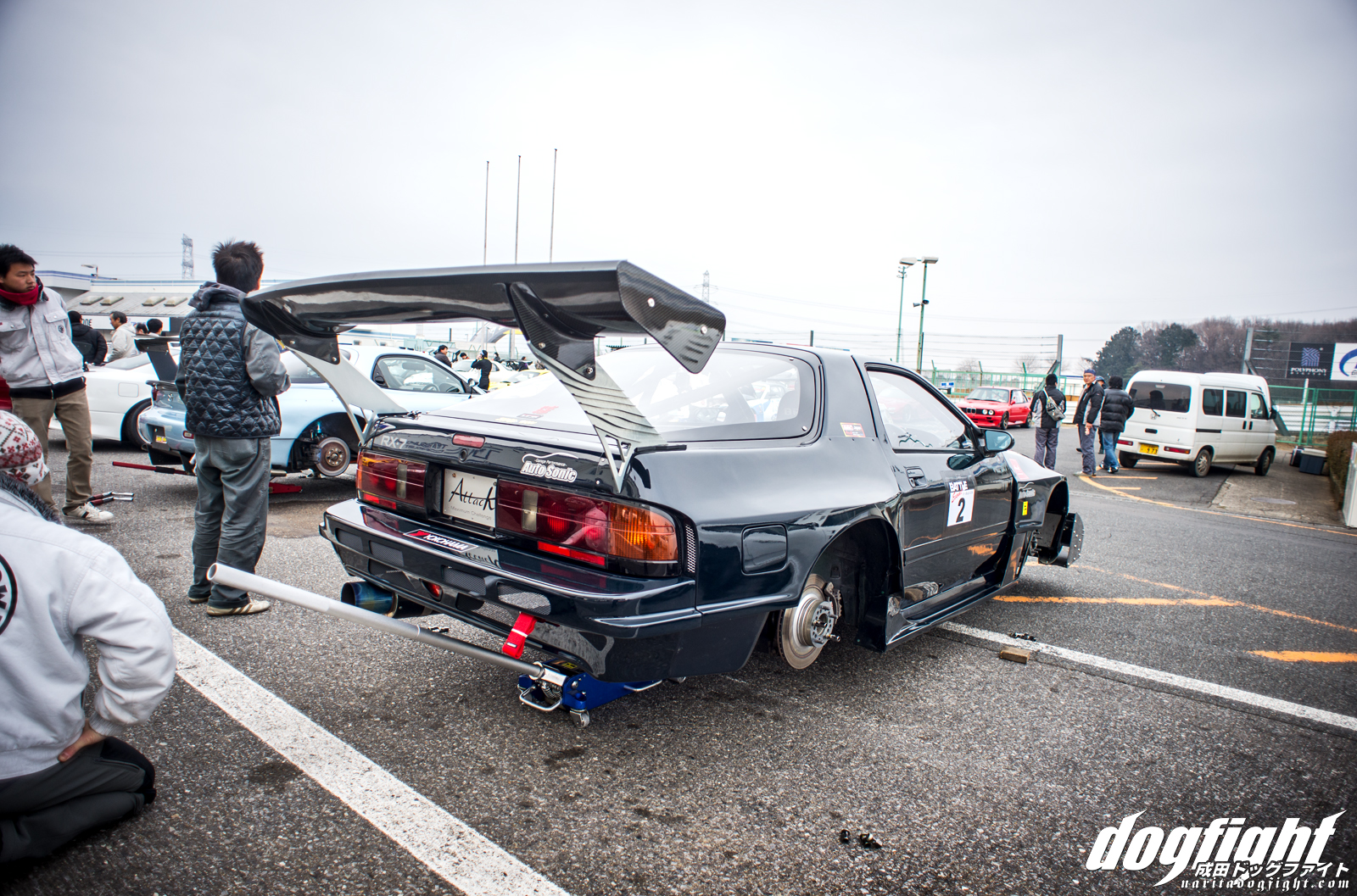 Early morning at Tsukuba, before the sun rises and burns off the overcast clouds, the cars really can begin to take on a personality of their own. 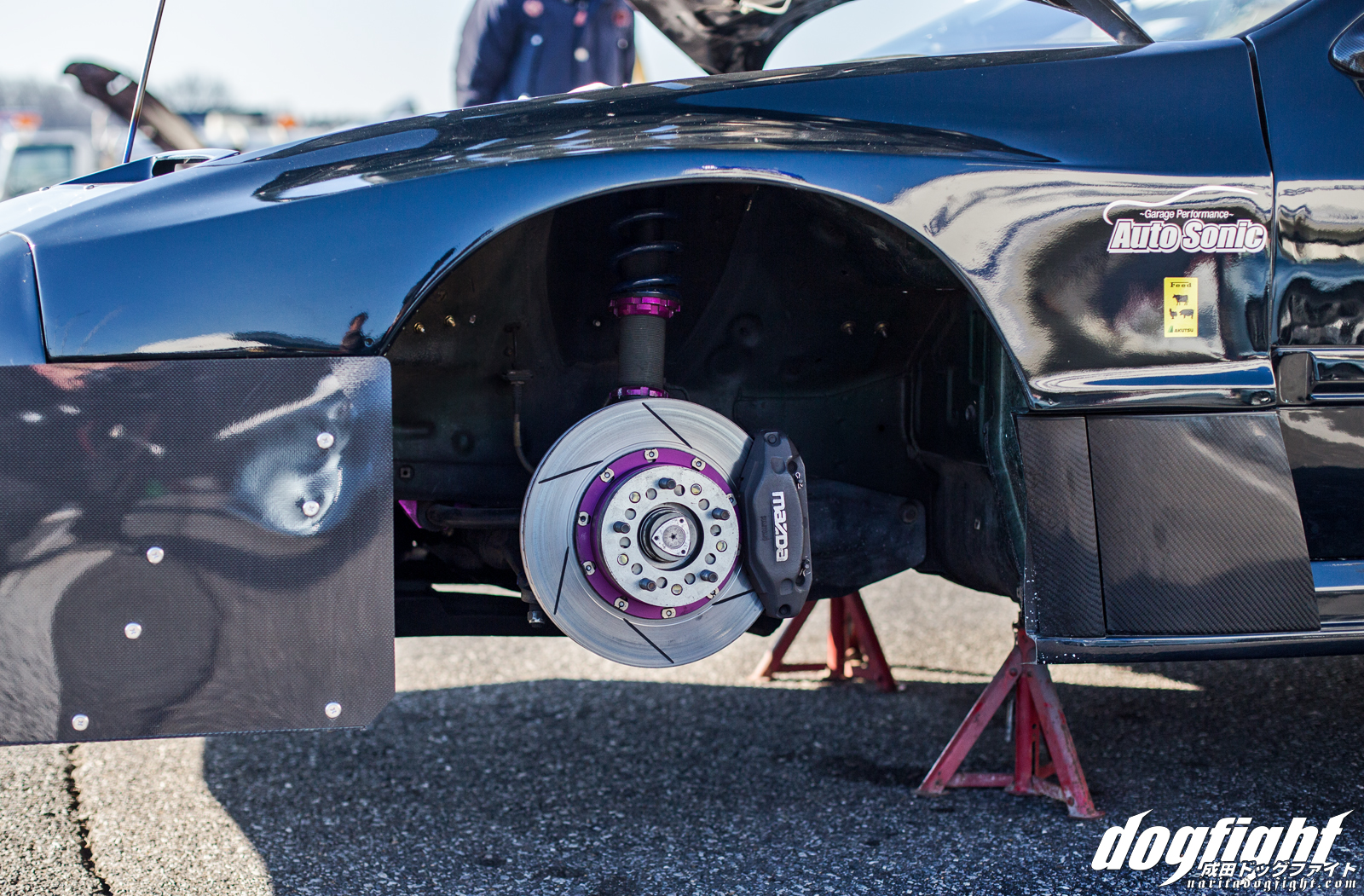 Braking is handled by upgraded Super Now rotors up front.  Custom valved Super Now/NMB coilovers hold the car steady with 12k spring rates up front and 8k in the rear. 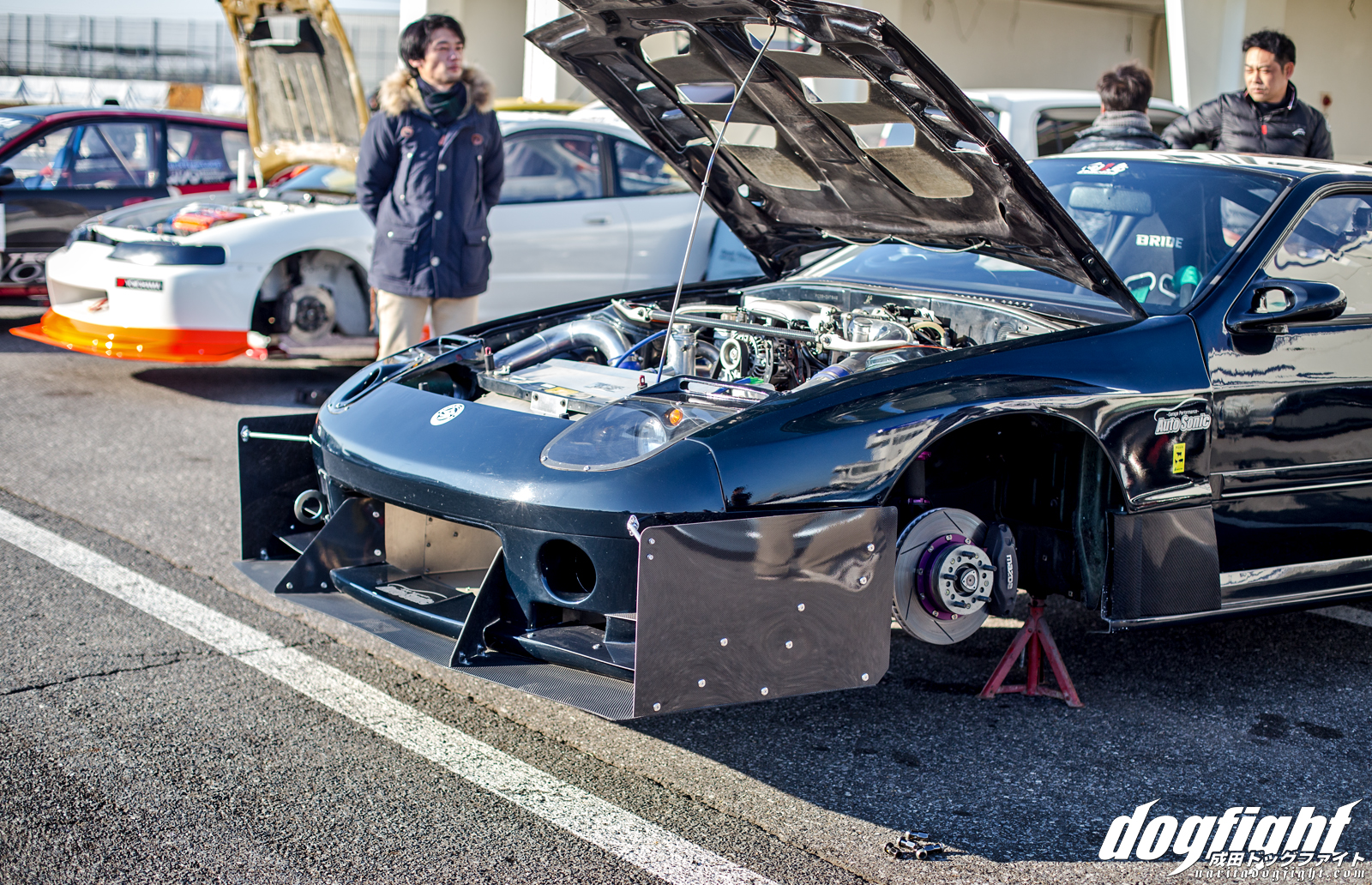 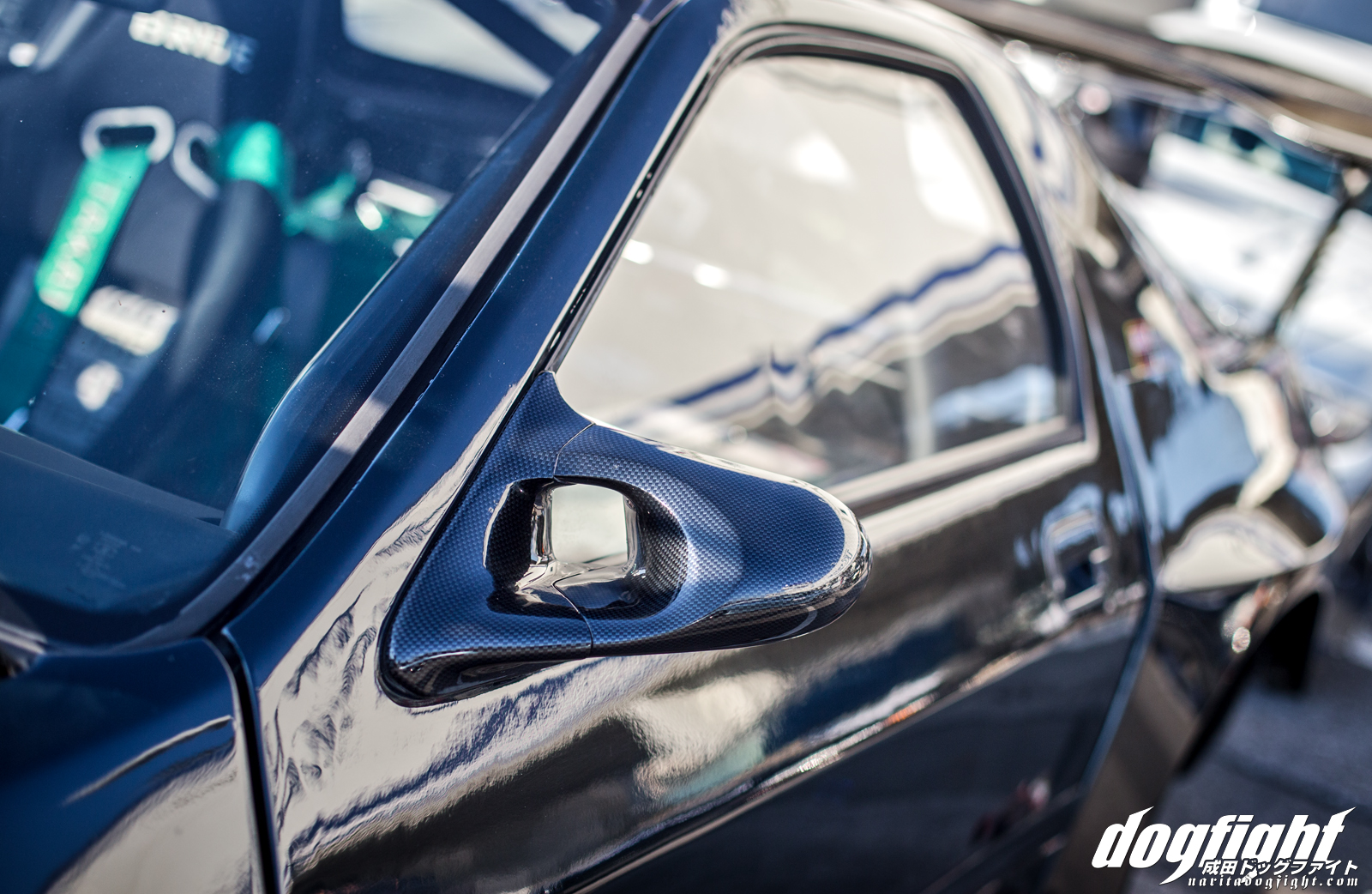 Some carbon Ganadors replace the older mirrors that used to be on the FC. 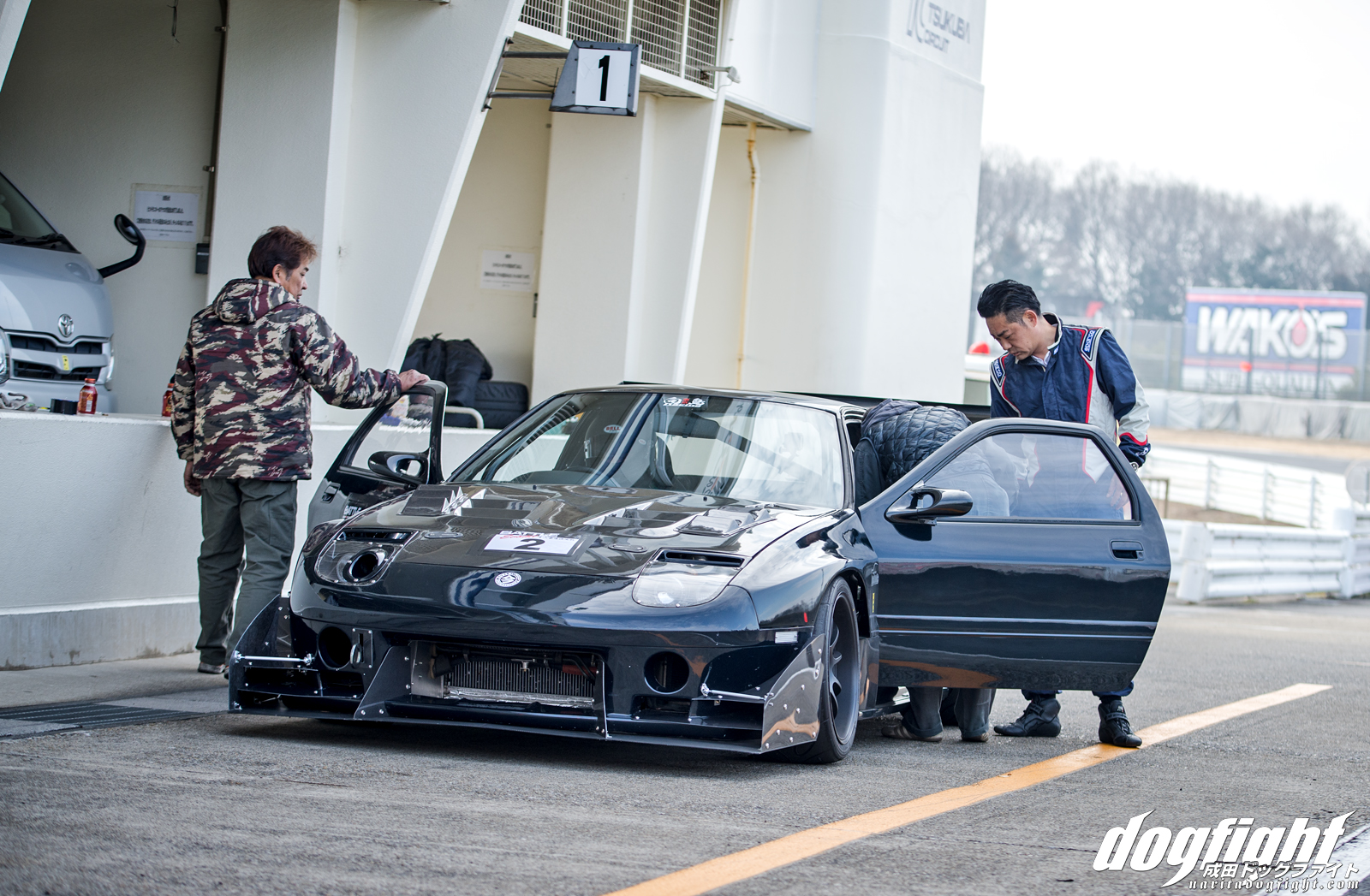 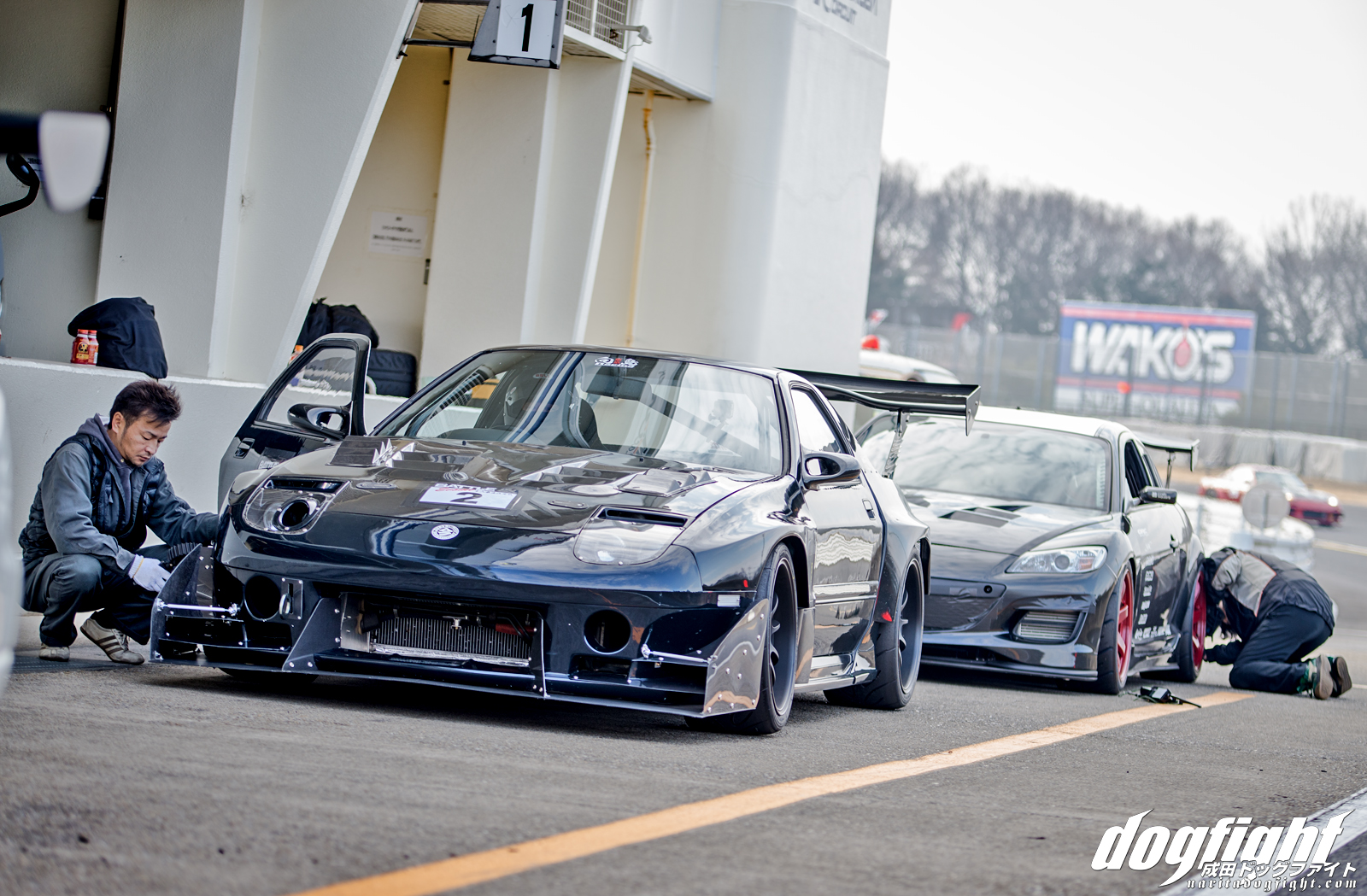 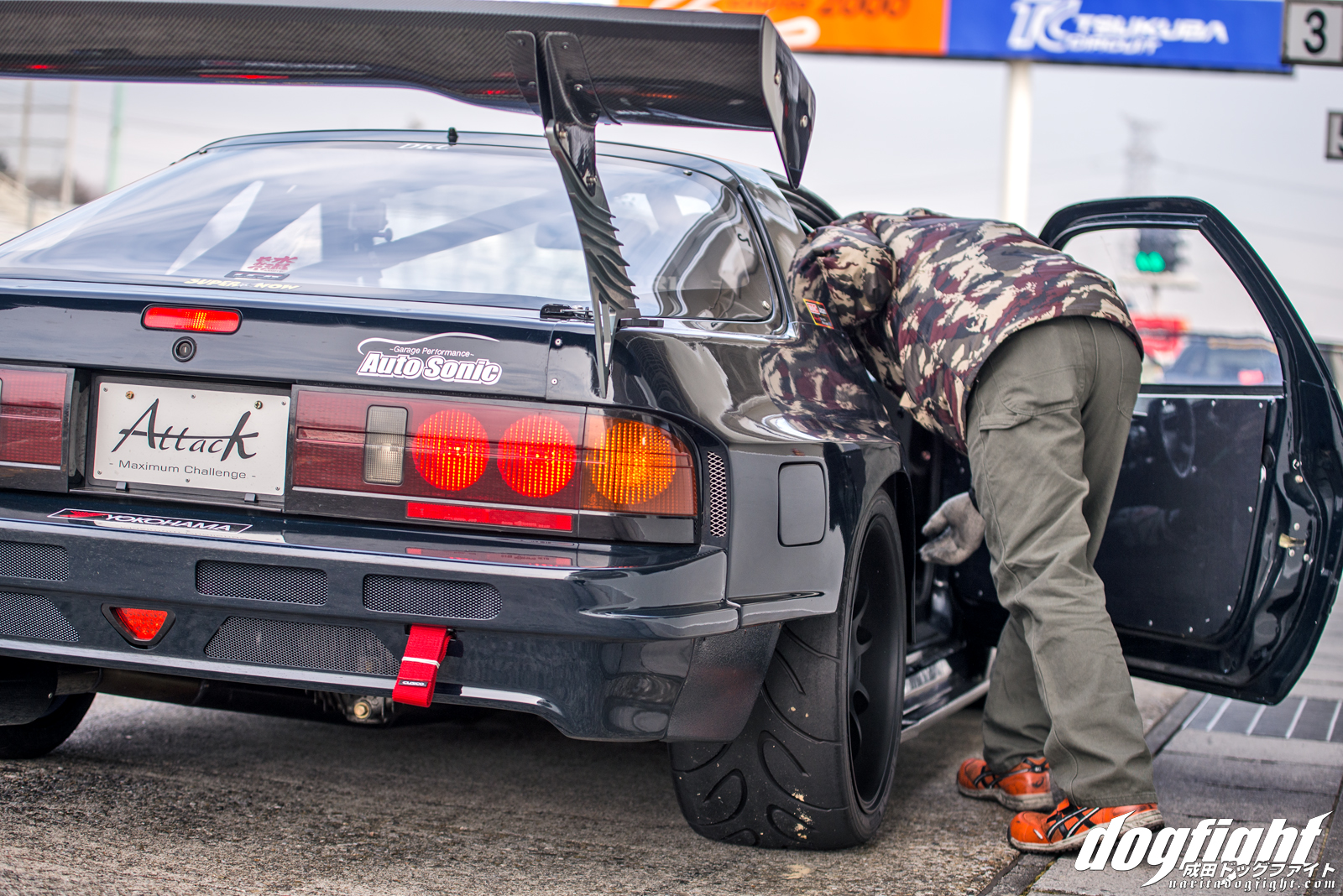 I gotta say, standing behind this thing in the hot pit is not an ideal place to be if you value your health.  After holding my breath for half a minute to snap some pictures, I had to jump the wall to get away from the race gas fumes. 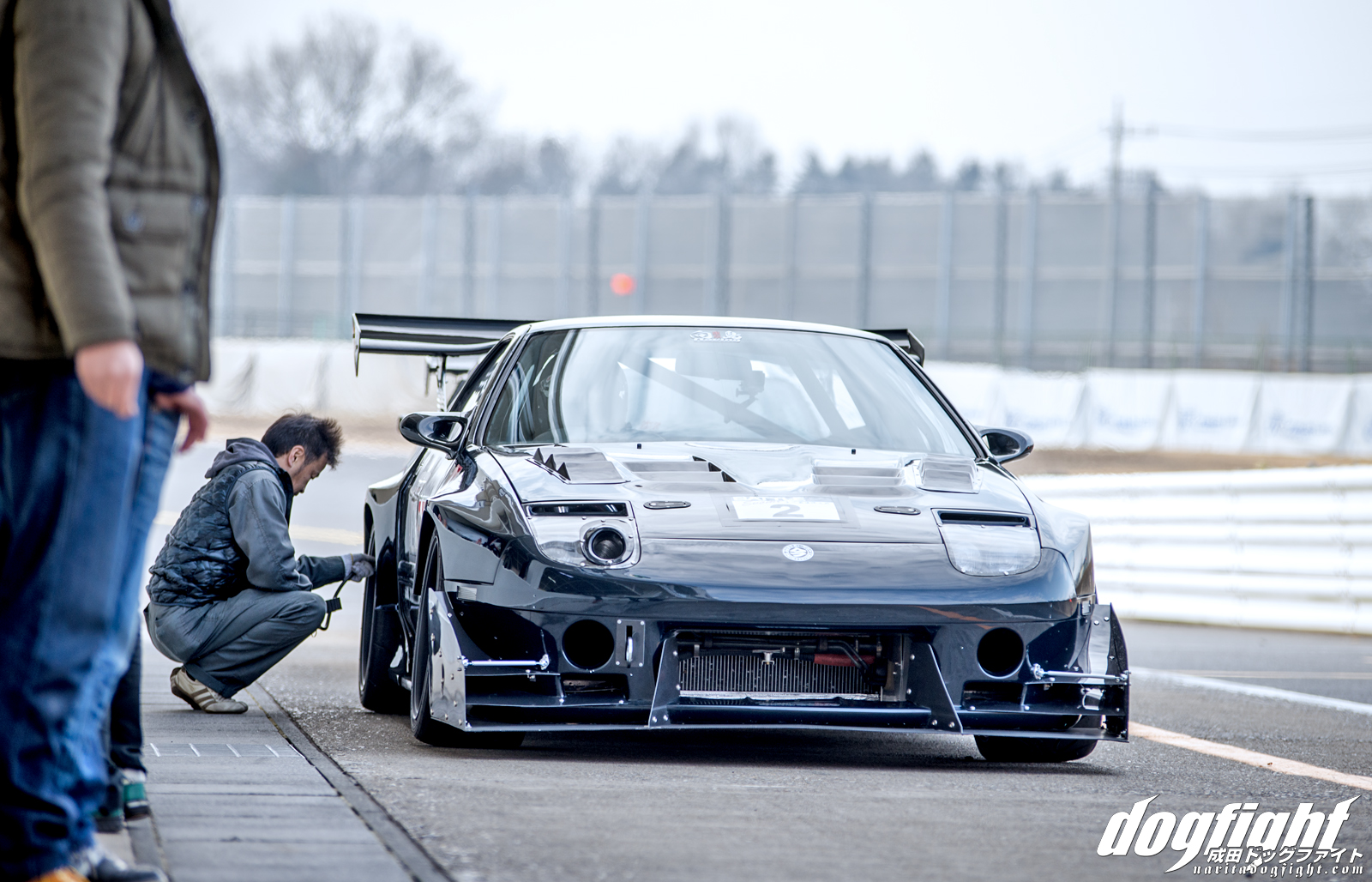 The car has come a long way; it’s amazing to see the development along the years, as it’s been almost a decade since the car was purchased. 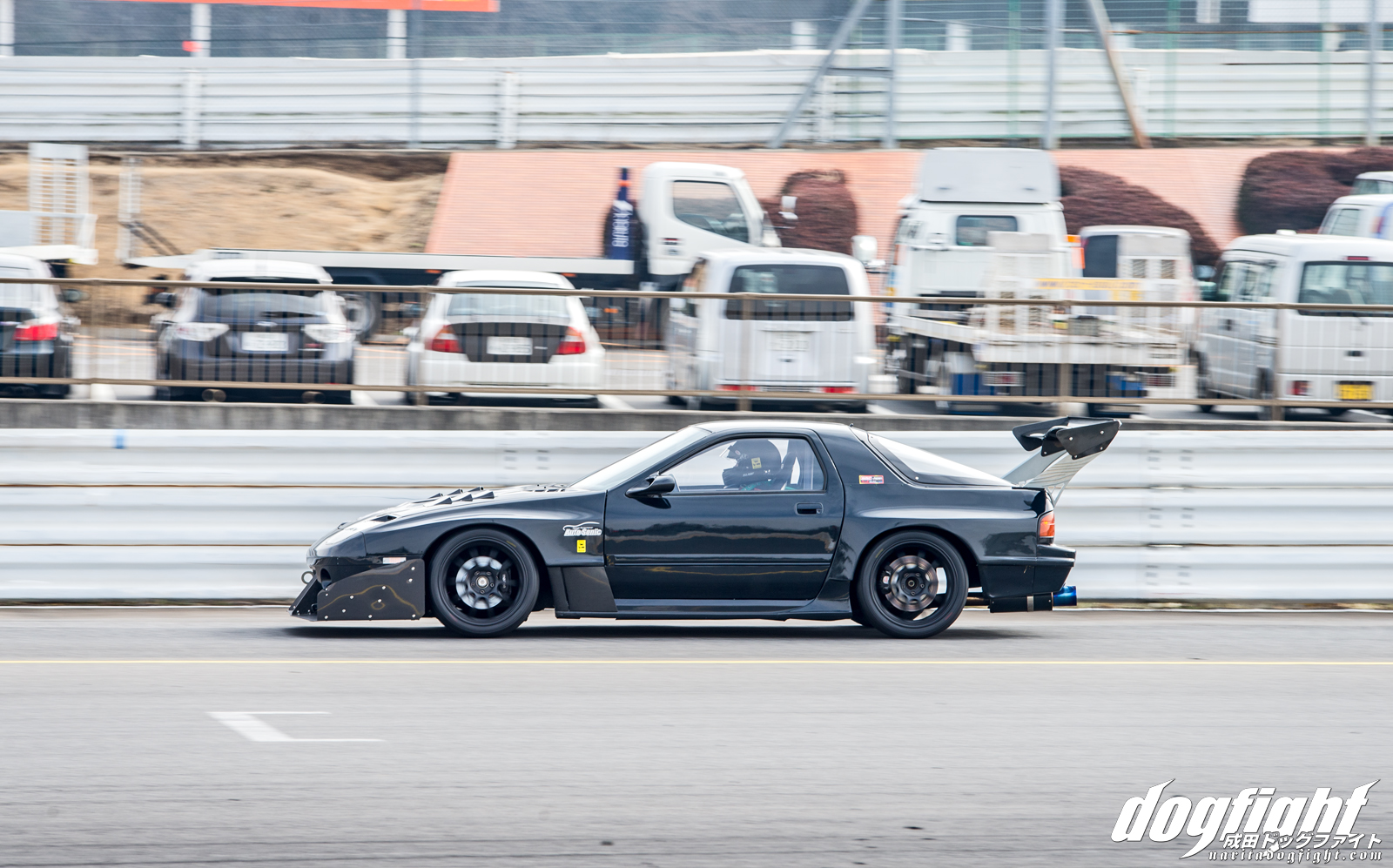 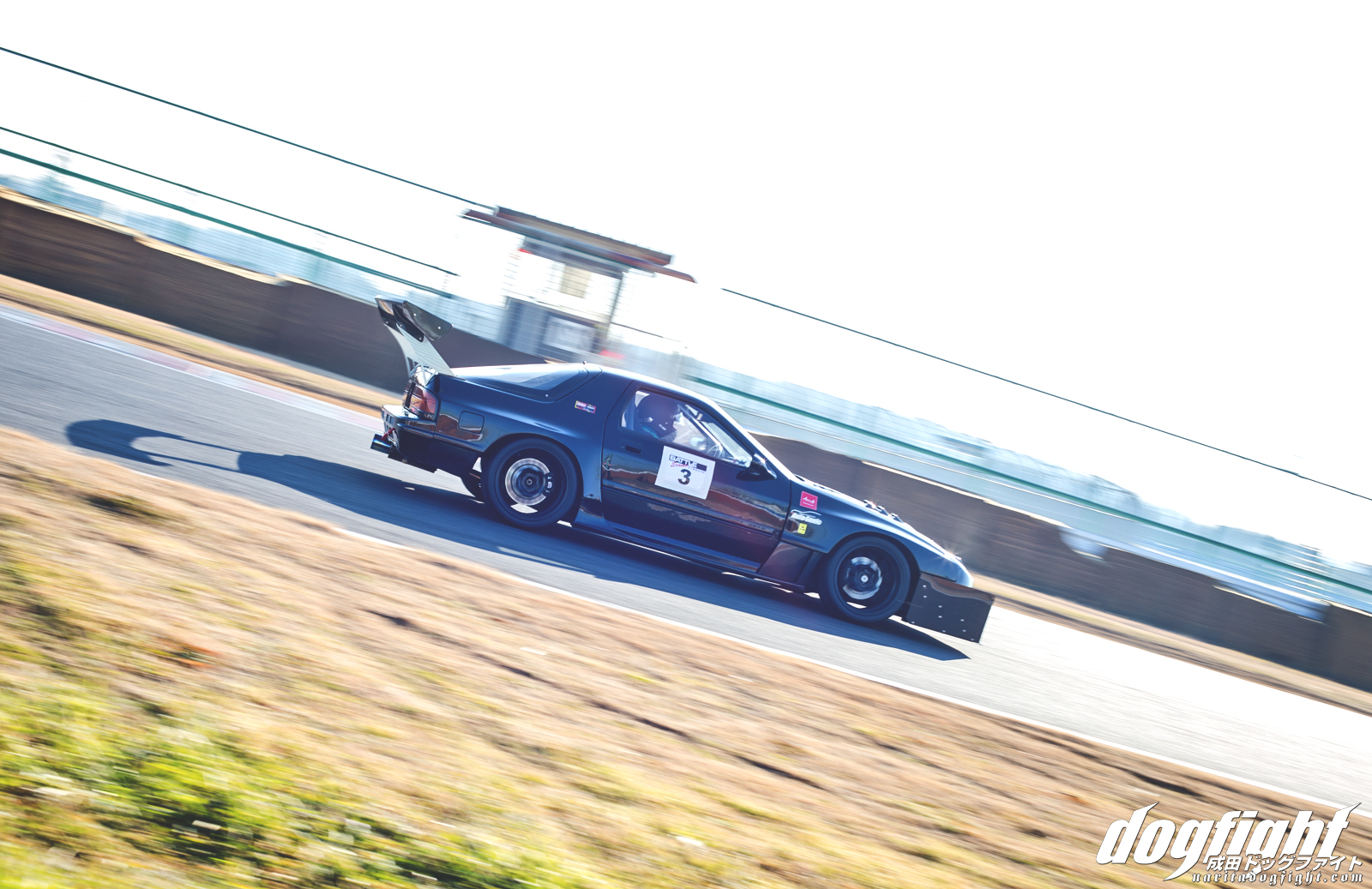 It’s safe to say this car belongs on the circuit, and there is no doubt it will be going anywhere else soon.  I look forward to seeing 55’s from the team next year.