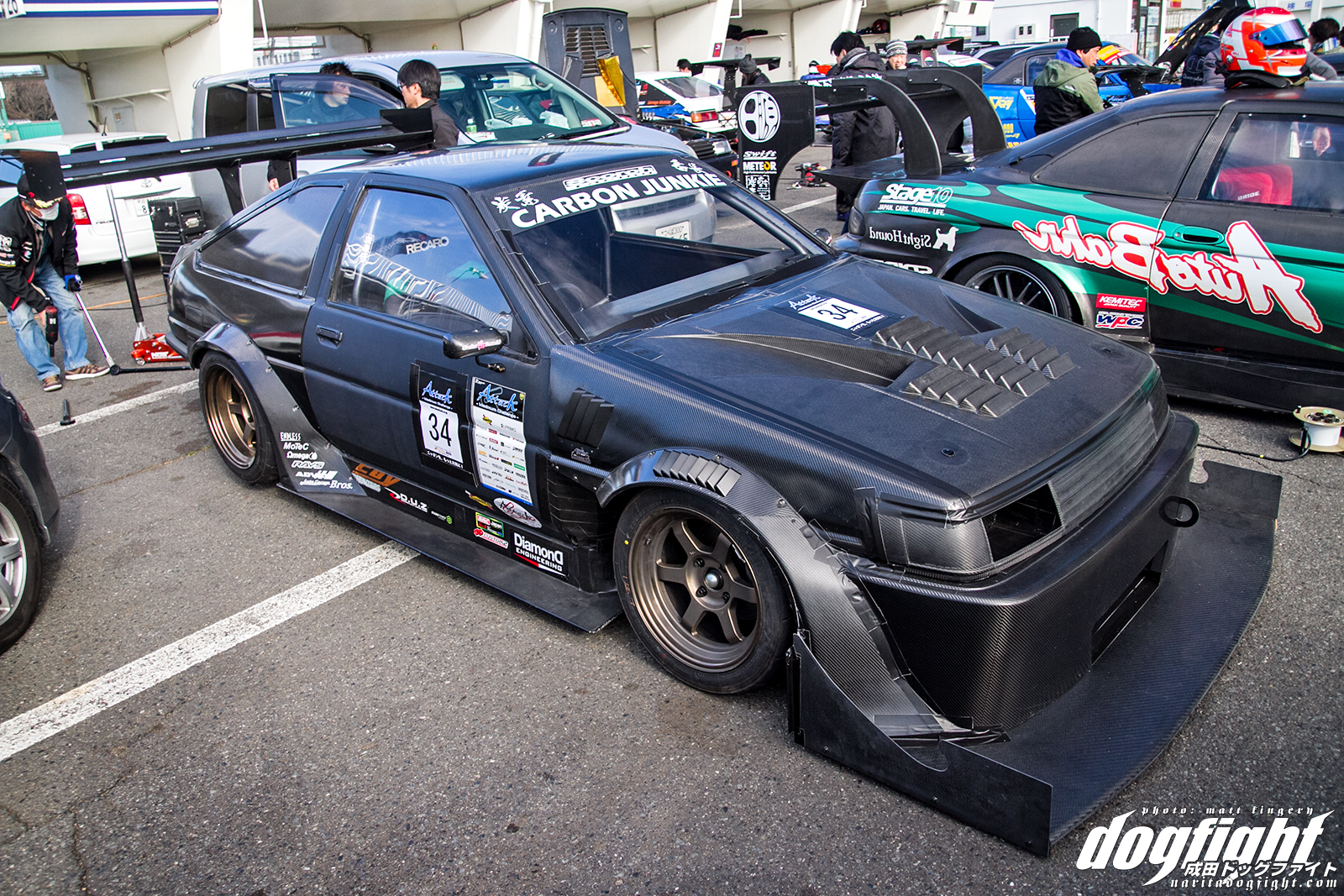 To say that Takumi Hayashi has an affinity for the Toyota AE86 would be a rather dramatic understatement.  The peppy, 130ps 4A-GE motor combined with the car’s FR drivetrain became an instant hit with not only himself, but many other tuners in the mid-80’s for that matter.  It didn’t take long for the Corolla to be a favorite worldwide, and Japan was no doubt leading the pack in motor sport development of the chassis.

Mr. Hayashi himself was a fan from the start.  An office worker by trade, Hayashi has been working for a company in close relation to Toyota itself, giving him a series of connections for both professional and personal use.  Given his love for the ‘hachiroku’, it’s no doubt that he has tuned several AE86’s in his life, but none as profound as his most recent; a chassis he has toiled over for a solid 26 years:

THE very car that earned him his exceptionally accurate nickname of ‘Carbon Junkie’.

I was talking to Hayashi the other day about how he got into composites in the first place, seeing as how 90% of his Corolla was clad in the black fiber material. I was interested in what composites were like back in the 90’s, as it’s definitely an industry and craft that has grown leaps and bounds over the past two decades and technological advances have made it much more available for personal use on a smaller scale. Hayashi had mentioned that he was indebted to a neighbor of his for teaching him the art of manipulating carbon fiber.  The owner of the now well-known company Sighthound (think Under Suzuki’s S15, etc.), actually lives rather close by and mentored Hayashi every night after work.  They worked together for years, and eventually Hayashi began to make carbon panels to replace the OE counterparts on his Levin.  In fact, after recently changing out the doors for custom dry carbon pieces, he only needs to complete the rear bumper for the entire exterior of the car to become carbon fiber. 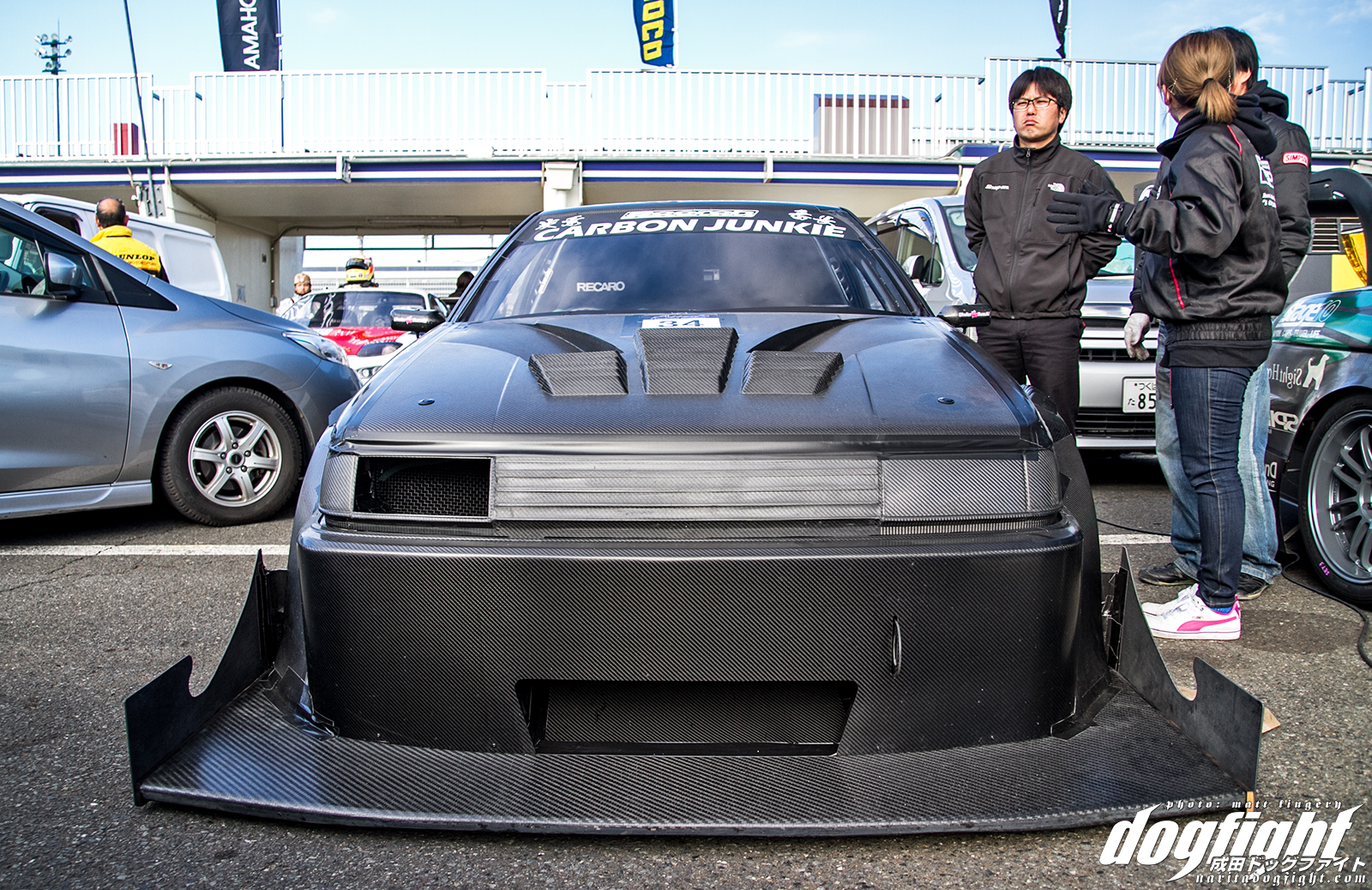 The car, in it’s current state, runs a 59.234 around Tsukuba’s TC2000 in the NA class.  Hayashi utilizes the ever-popular Advan A050 in a 225/45/16 sizing on all four corners.  The go-to wheel for him is, naturally, a bronze Volk TE37V – arguably one of the best looking wheels for this car.  The 1700 pound (780 kilogram) car is powered by a naturally aspirated 4A-GE that puts out a respectable 220ps.  On paper, Hayashi’s 86 is almost identical to Tomoki’s, and they are very close in times.  This, of course, isn’t good enough for Hayashi, and he’s already planning his next build; a more perfected version of this current car.  Taking what he’s learned from this build, and transferring it to a fresher chassis, he wants a 600kg, full carbon AE86, that is capable of running a 56 second lap around Tsukuba – a very bold goal!  Upon hearing his plans, I compared them to that of a few EG Civics I know of that are shooting for similar goals.  He agreed with me that the Civic and 86 are natural born competitors, stating:

“There is a flow like 86 vs Civic from long ago.  There are a lot of wonderful tuners of the Civic. I think that it would be great if we could improve together.”

It’s a sentiment that reminds me a lot of Iwata and the guys at Garage Work, and one I wholeheartedly agree with.

It’s been about six years since Hayashi has started his venture into carbon fiber, and you can still catch him in his workshop at night after work, smoking a cigarette, and molding his next creation, further earning his title as ‘Carbon Junkie’.  We wish him the best in his endeavor and will see him back at the track soon. 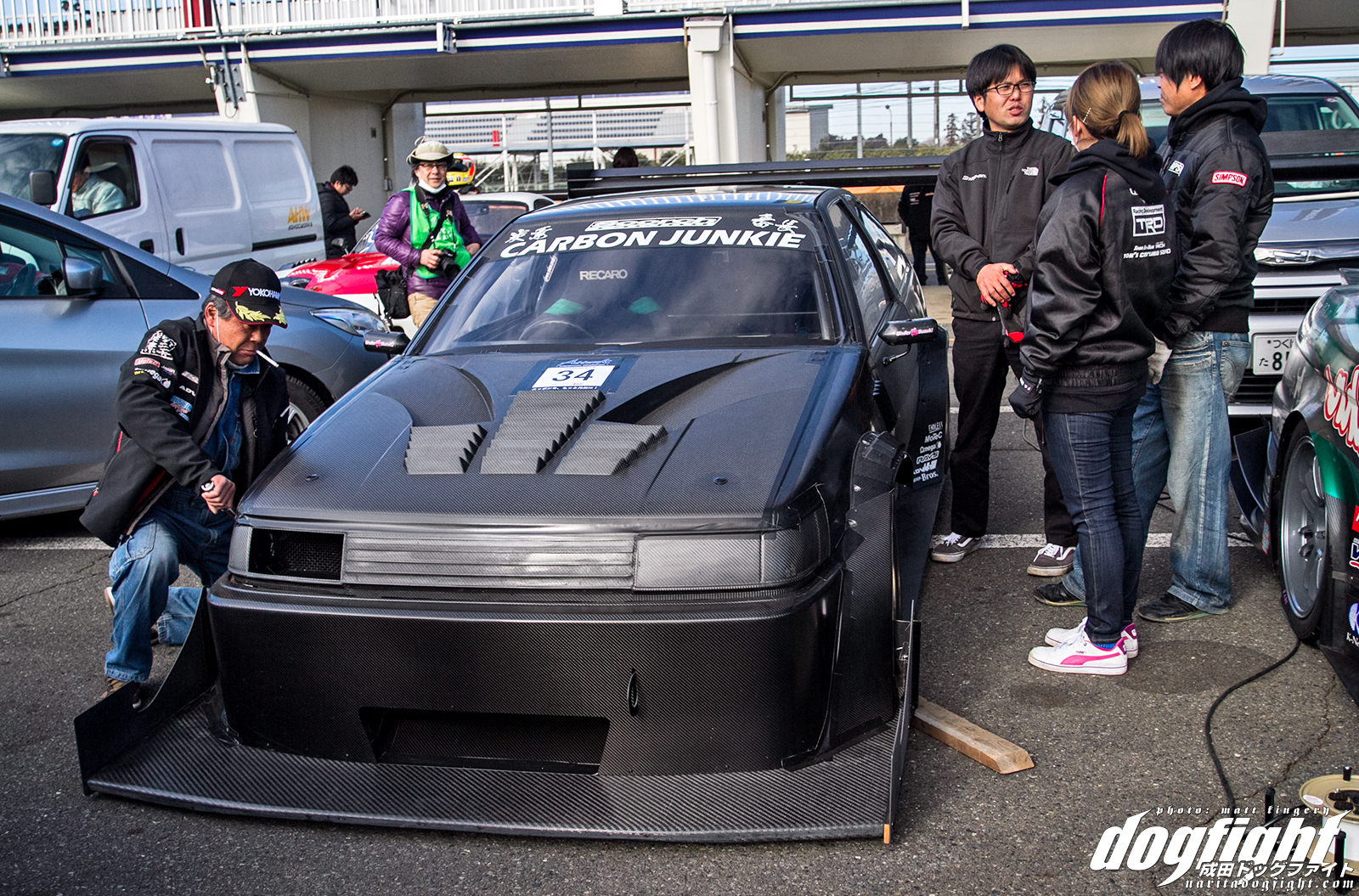 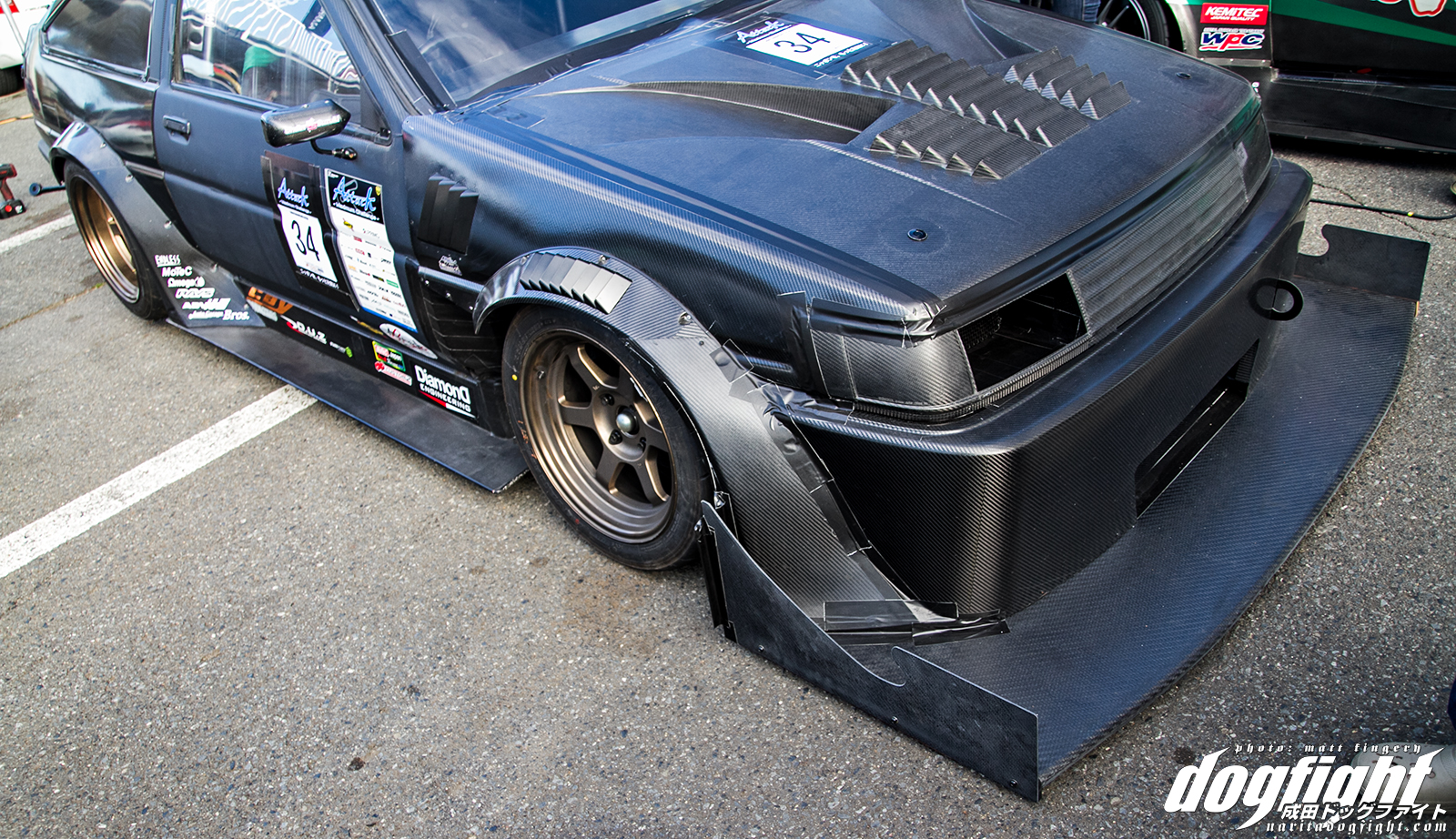 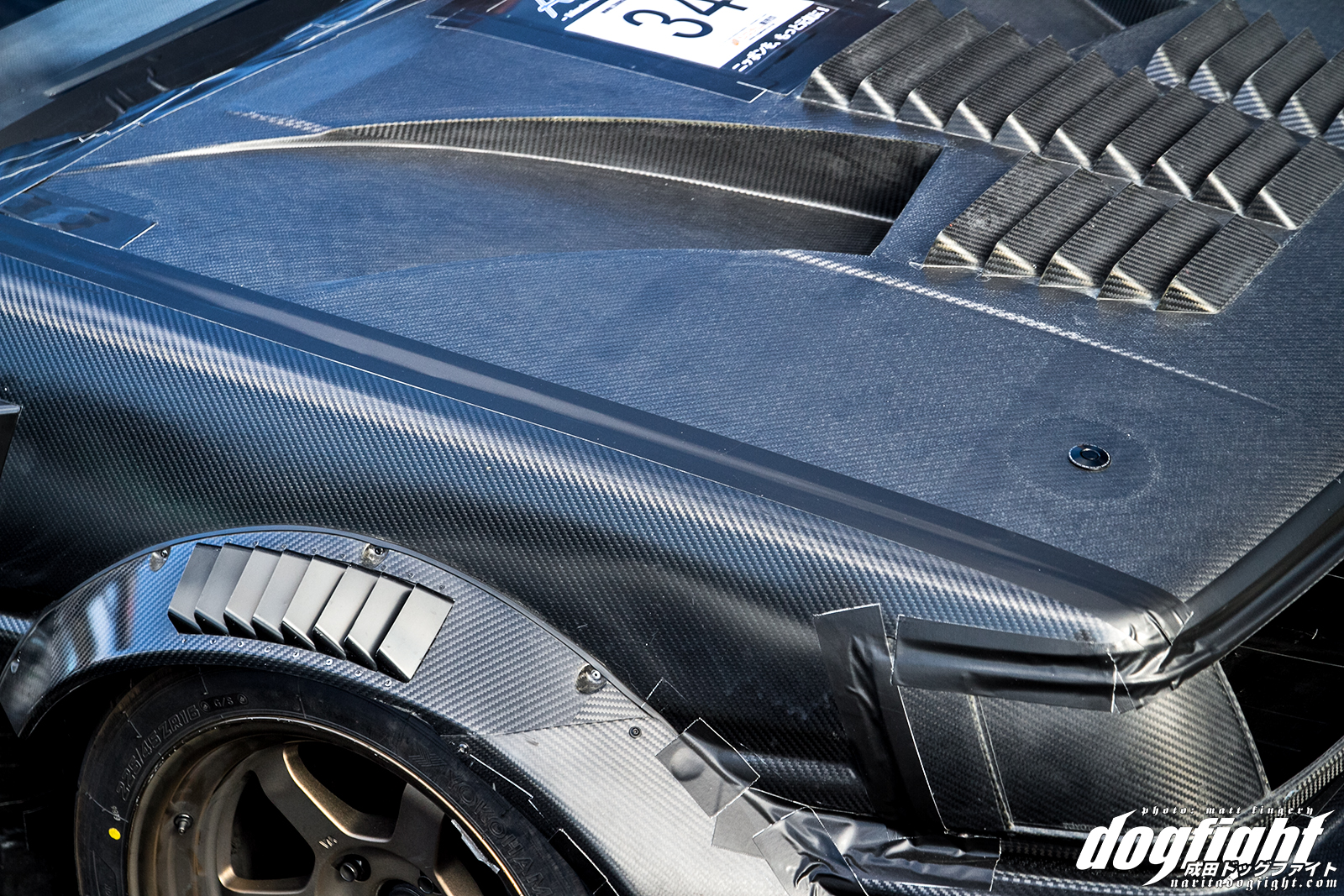 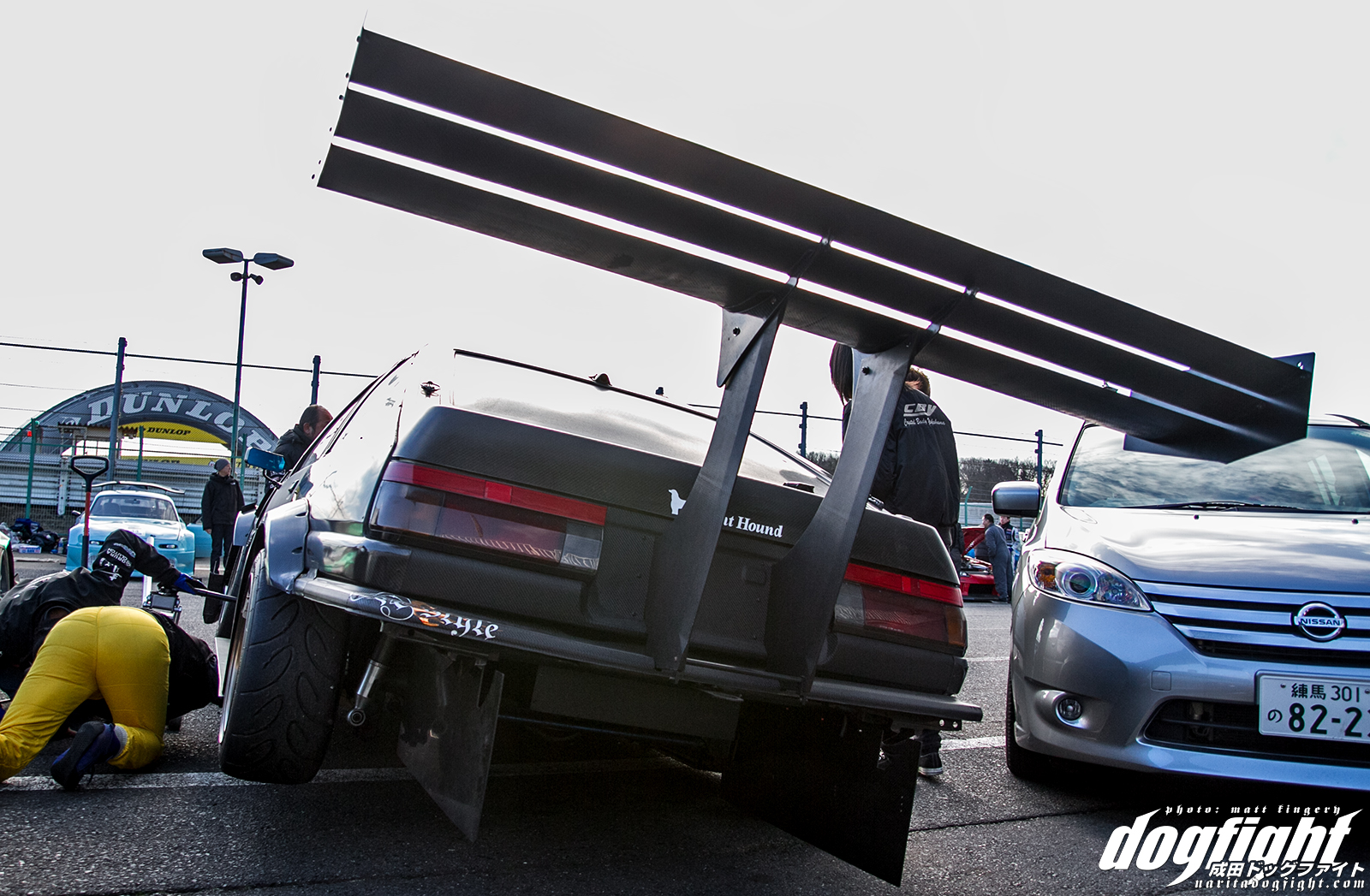 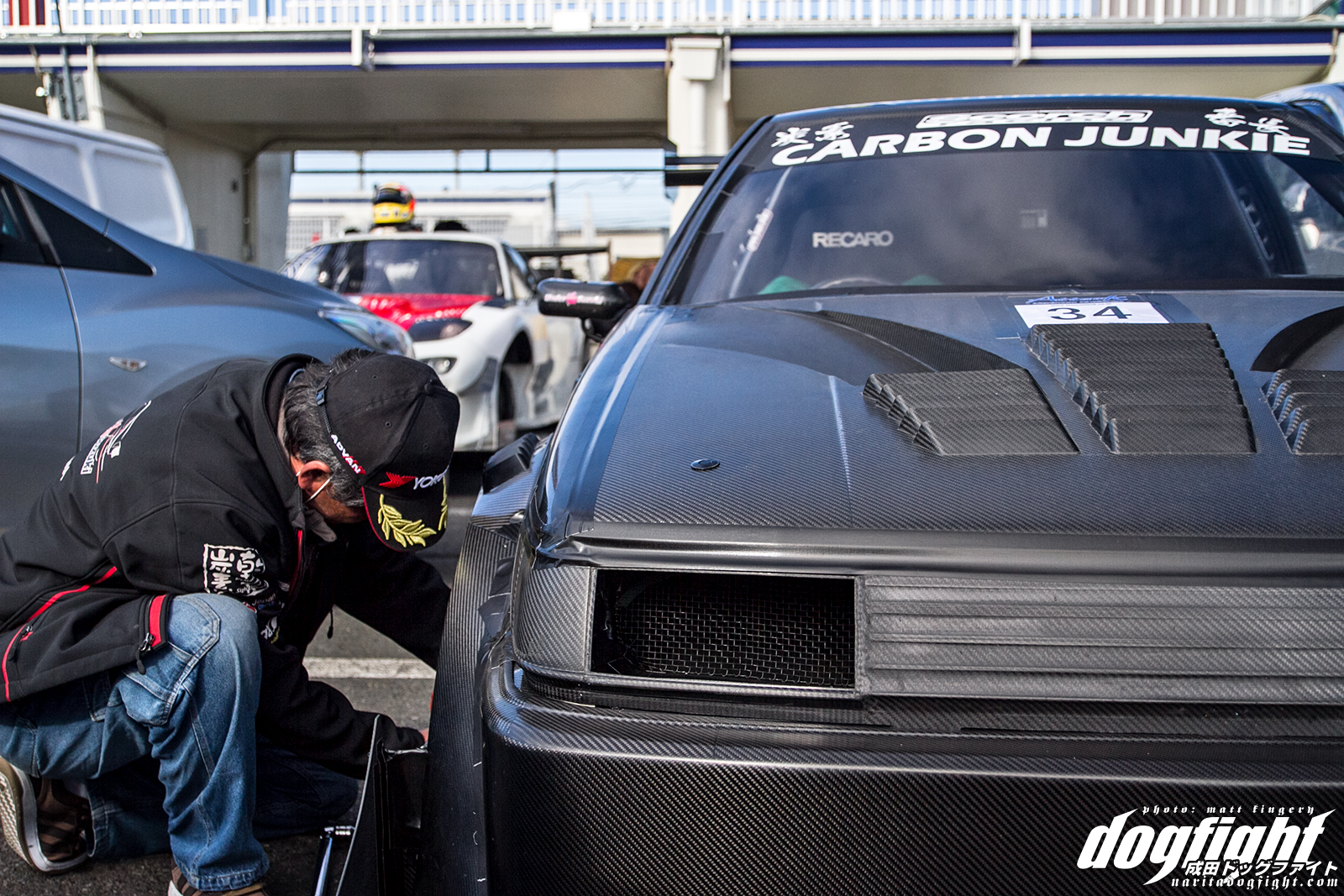 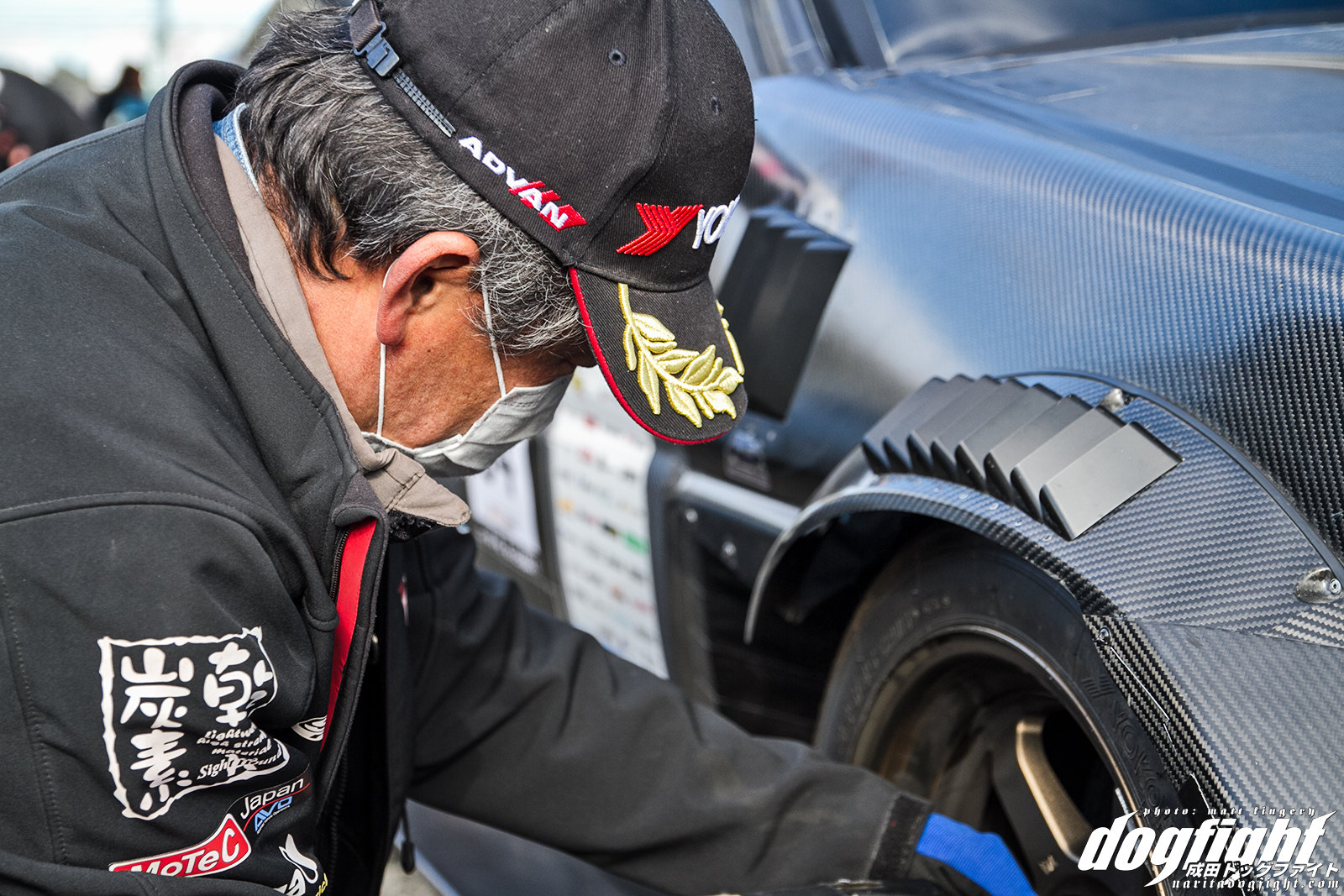