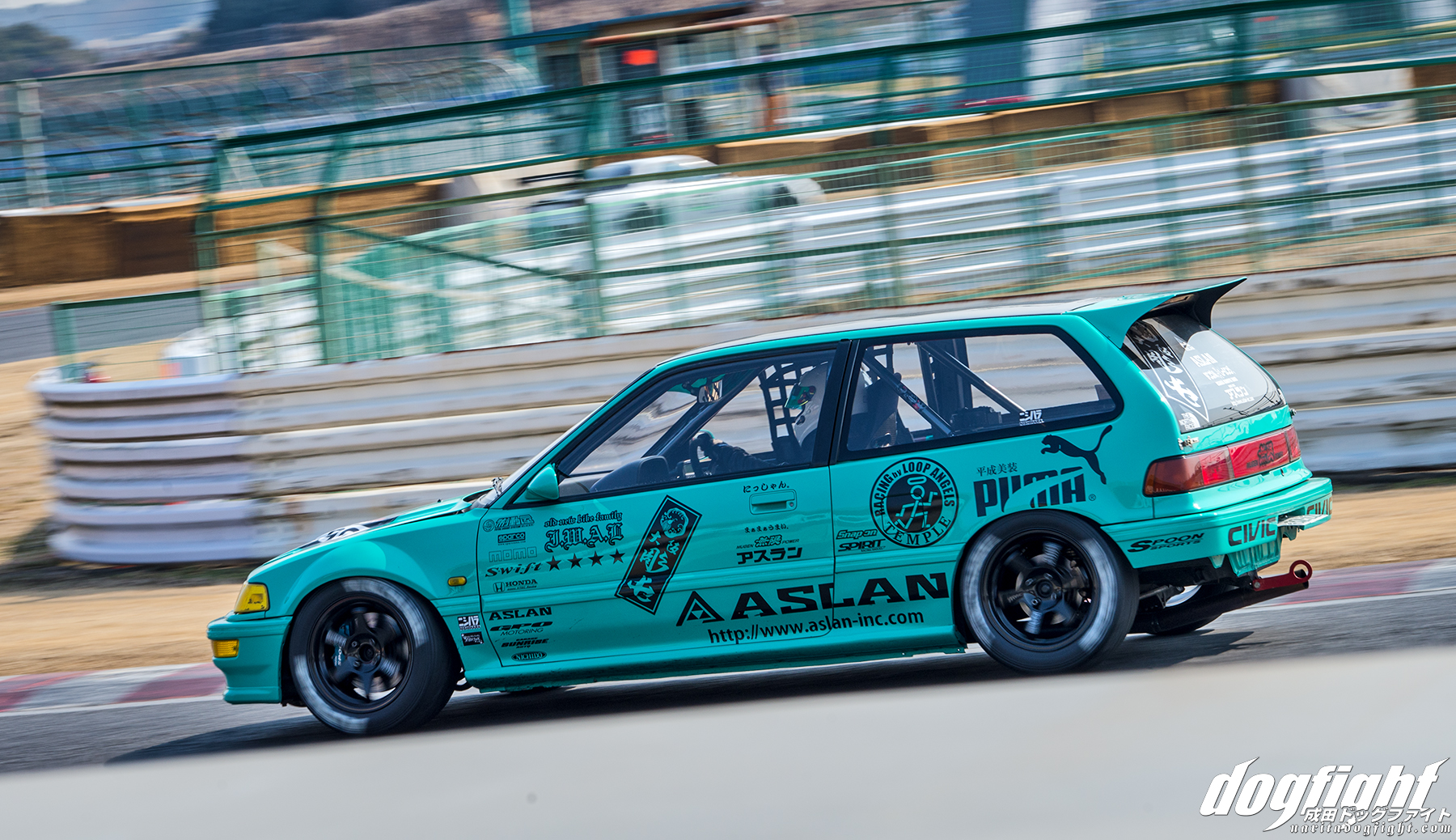 I’d wager that ASLAN, the Osaka based Honda outfit, is one of the leading shops in the development of K-series Honda swaps in Japan.  Following in the footsteps of America, it didn’t take long for them to capitalize on the benefits of the next generation motor.  Having no adherence to a traditional form of tuning like some shops abide by, Tani-san’s approach to building cars becomes very unique to say the least; giving each a very specific, what I can only surmise as an ‘Osaka flavor’ to them.

If you want to get a good idea of what I’m talking about, you need only take a look at Ton’s EG build to fully understand what I mean by ‘Osaka flavor’.  This EF9 is kind of a toned down version of builds that come out of their shop.  The Petronas Green, K-powered hatchback spends most of it’s time at tracks near Osaka, like Central, but recently made the journey over to Ibaraki to try it’s hand at Tsukuba.  The owner has put down a best time at Central Circuit of in the 1 minute 24 second range, and so was hoping to hit about a minute around TC2000.

The K20 makes about 230 horsepower thanks in part to a TODA ITB setup and a few other ancillary modifications.  In a car that weighs only 1700 pounds, you can imagine what 230hp feels like (it feels good).  The valve cover has been paint matched, and hey, what the hell, why not paint match the fuel rail too.  Since they’re using the stock hood, it needed to be trimmed to fit the fuel rail and as a result, it sticks up through the hood.  I guess for continuities sake, it was also painted teal green.  The rest of the exterior is pretty mild.  A Five Mart rear wing and wide front fenders are pretty much the only panels changed.    ASLAN has ties to the Kanjo team, Temple, and a few things like the obvious decals, and window netting are a tip of the hat to this relationship.

Because anything bigger on EF’s looks funky, the car is on a set of 15″ TE37’s.  225 series tires up front, and a set of 215 in the rear give the car a small bit of stagger.  Spirit coilovers handle the turns, and Spoon monoblock calipers handle the stops.

Enjoy the photos from CTAC and Attack and have a great weekend. 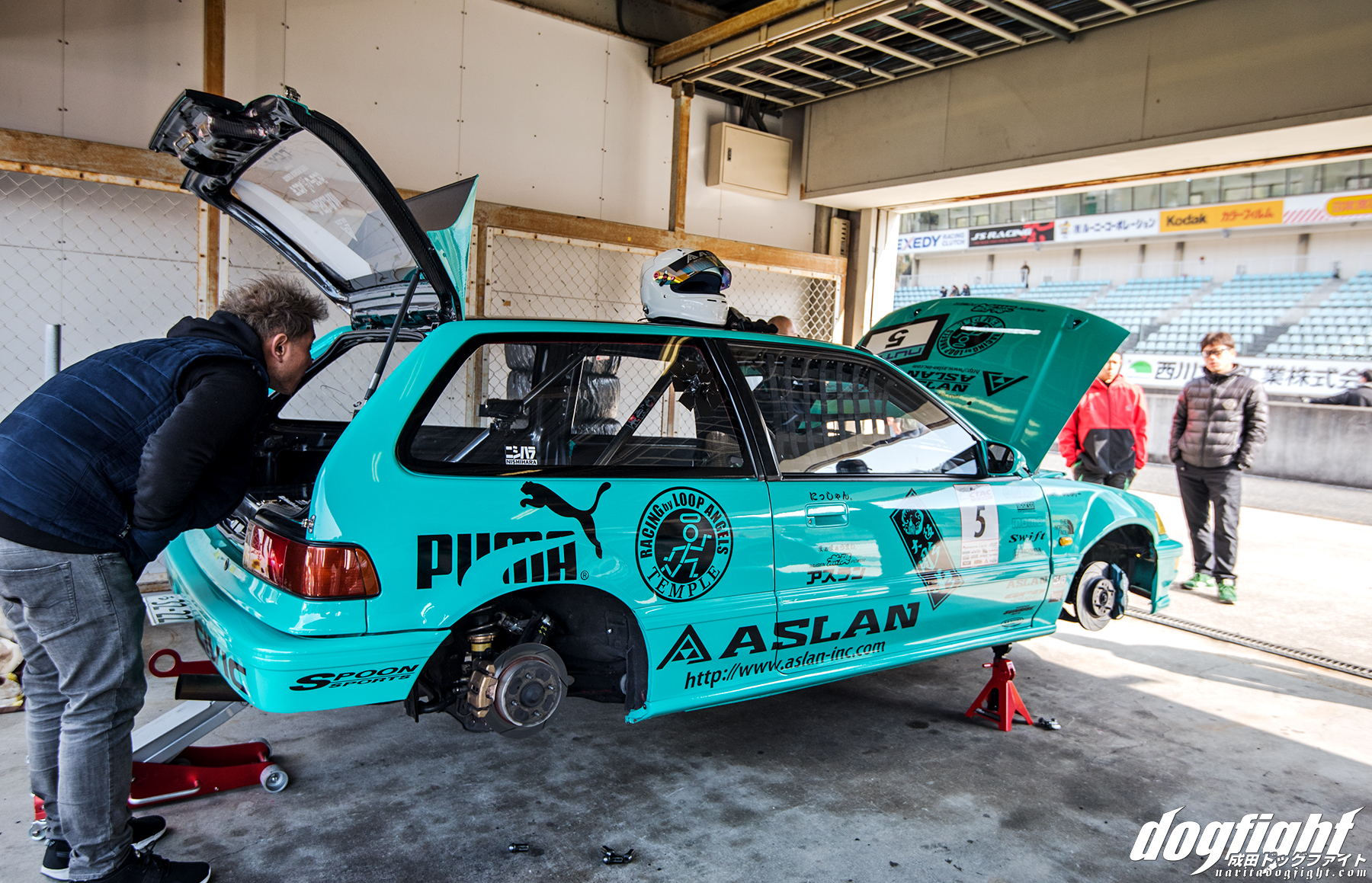 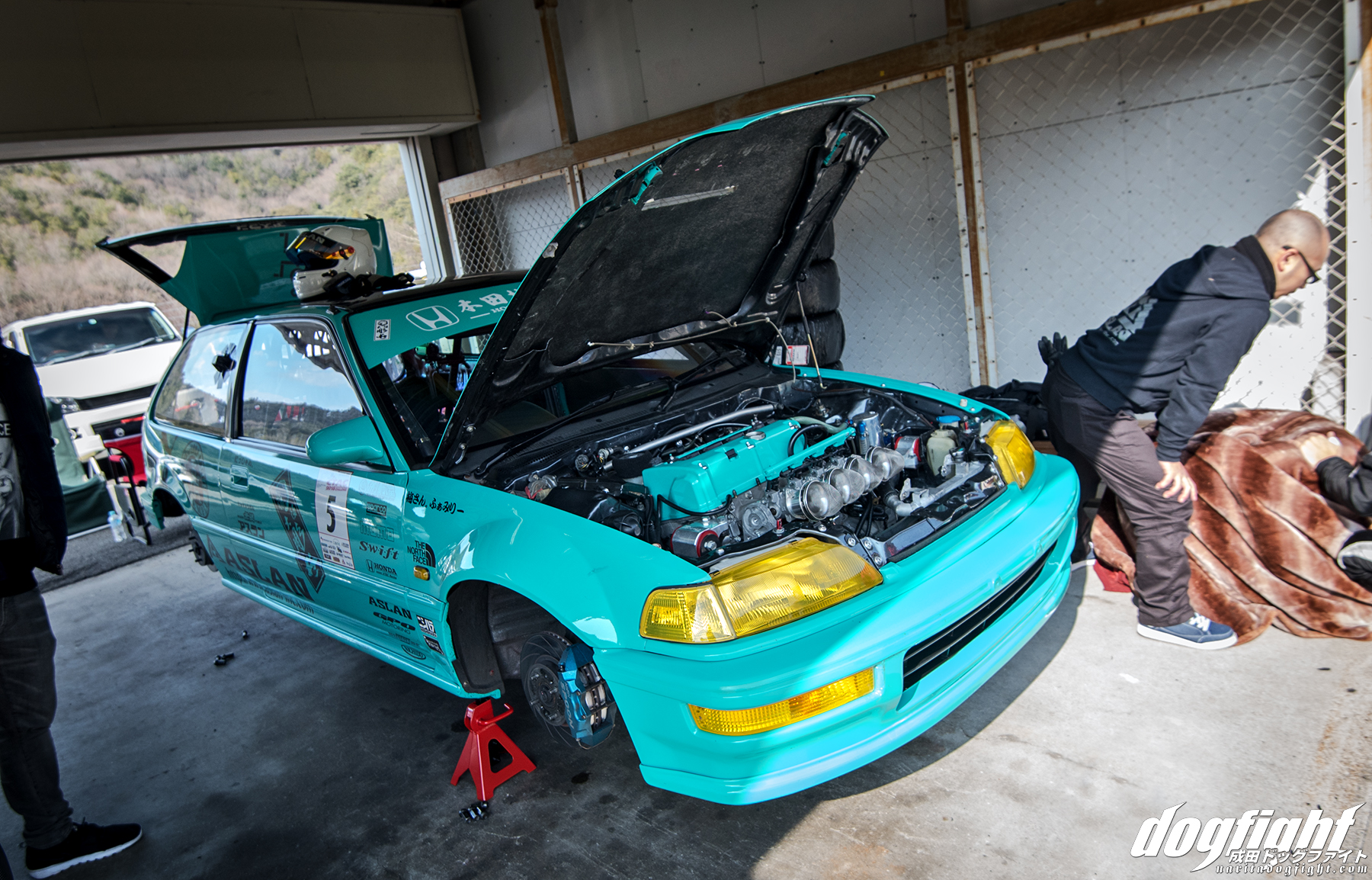 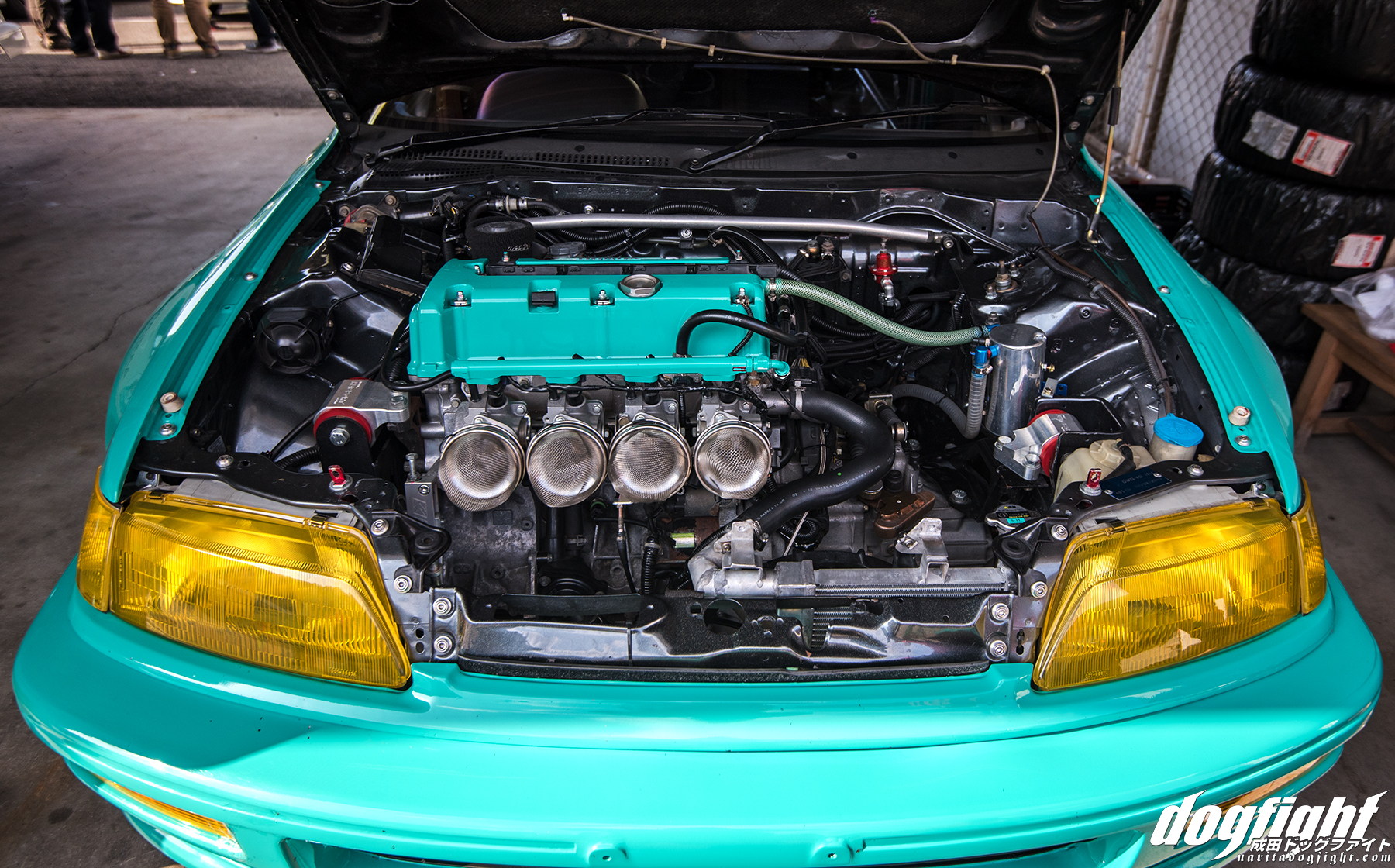 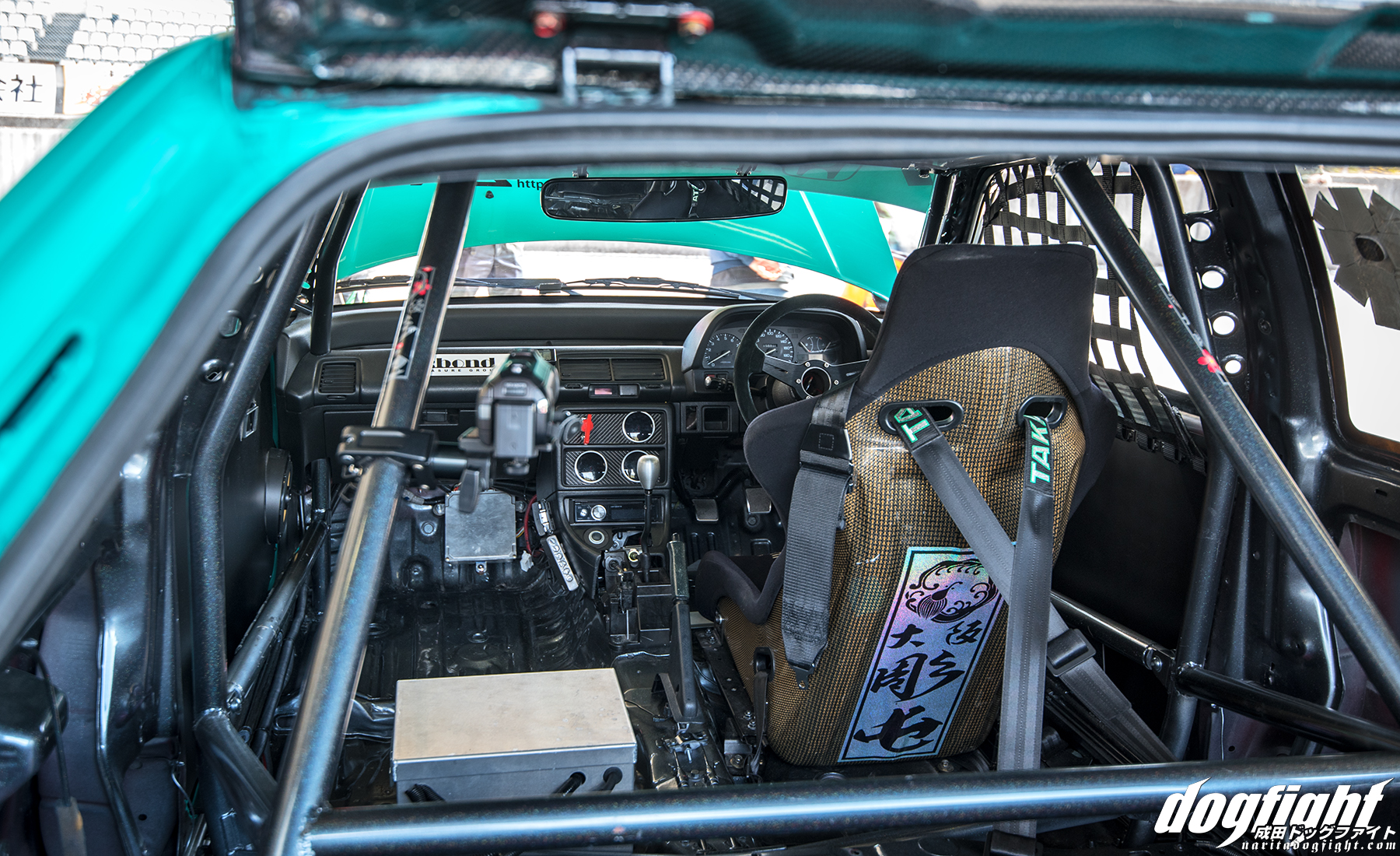 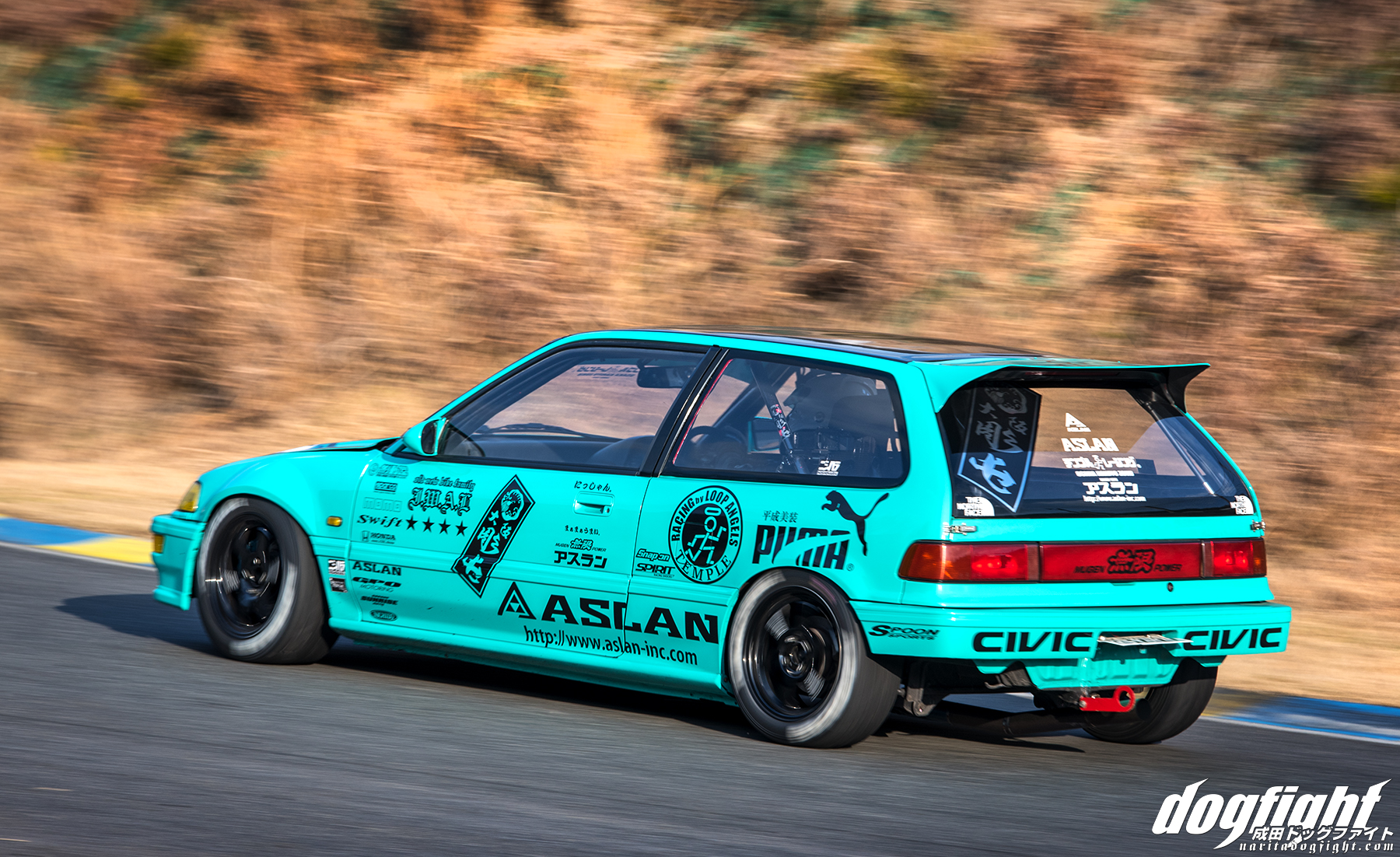 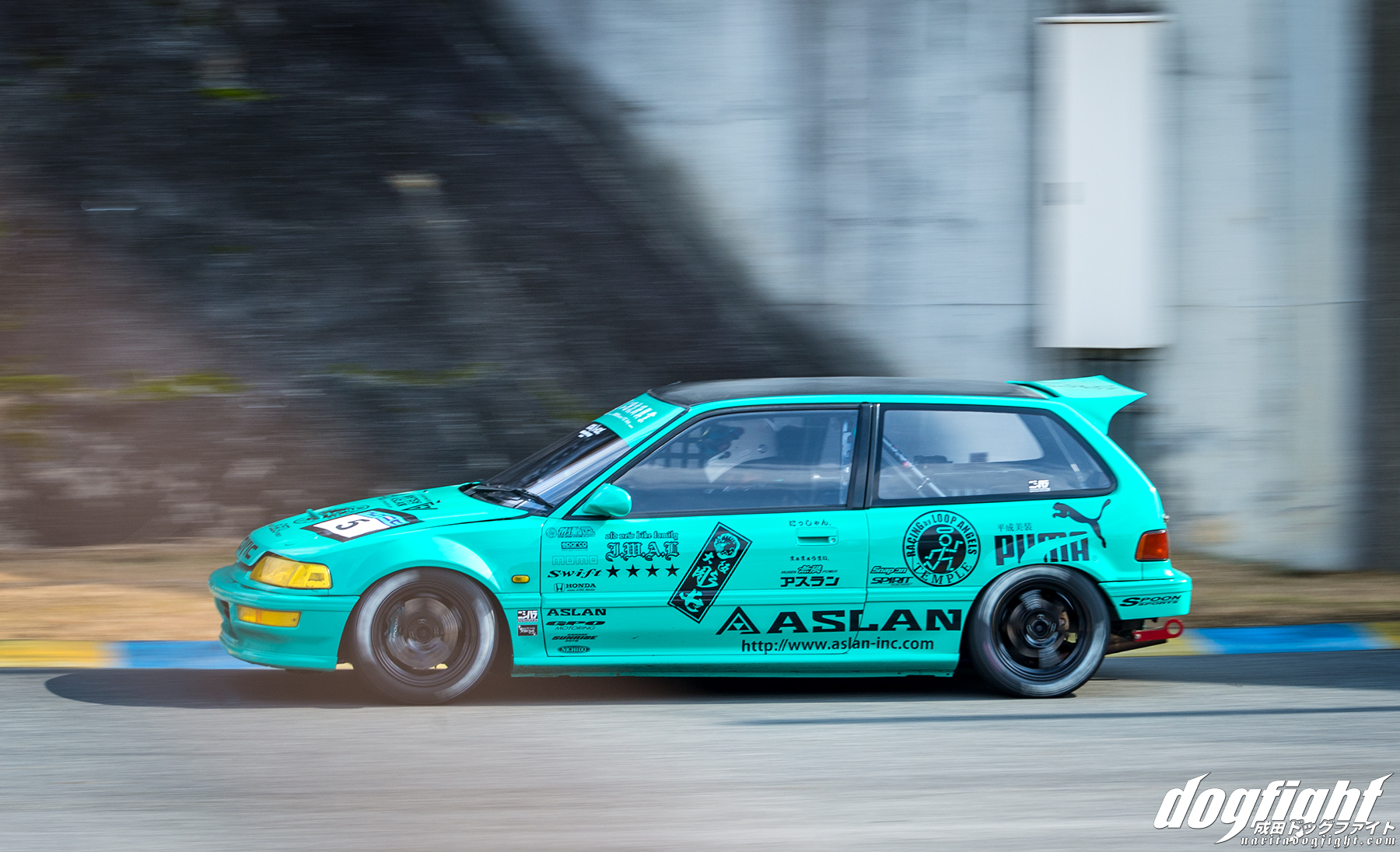 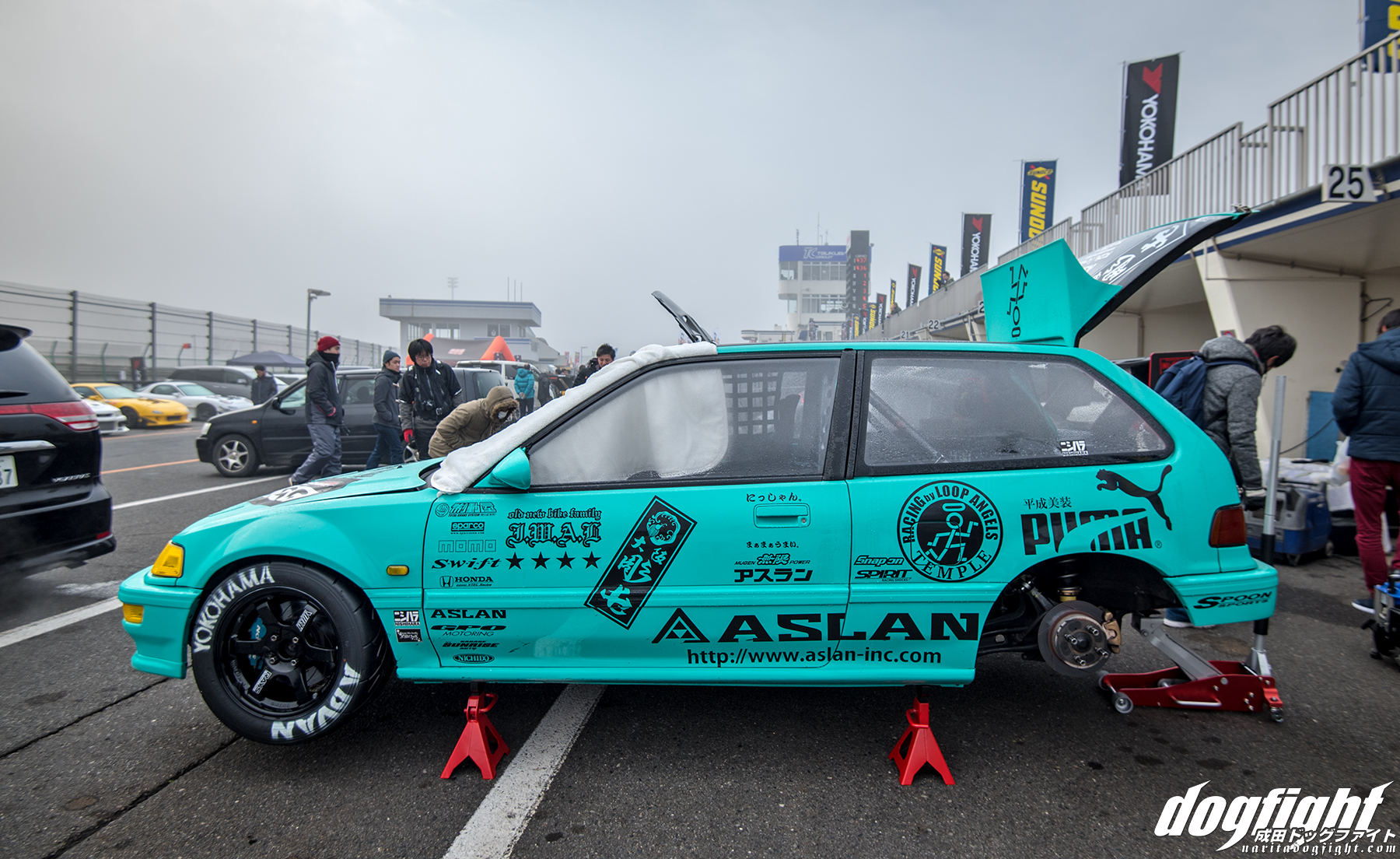 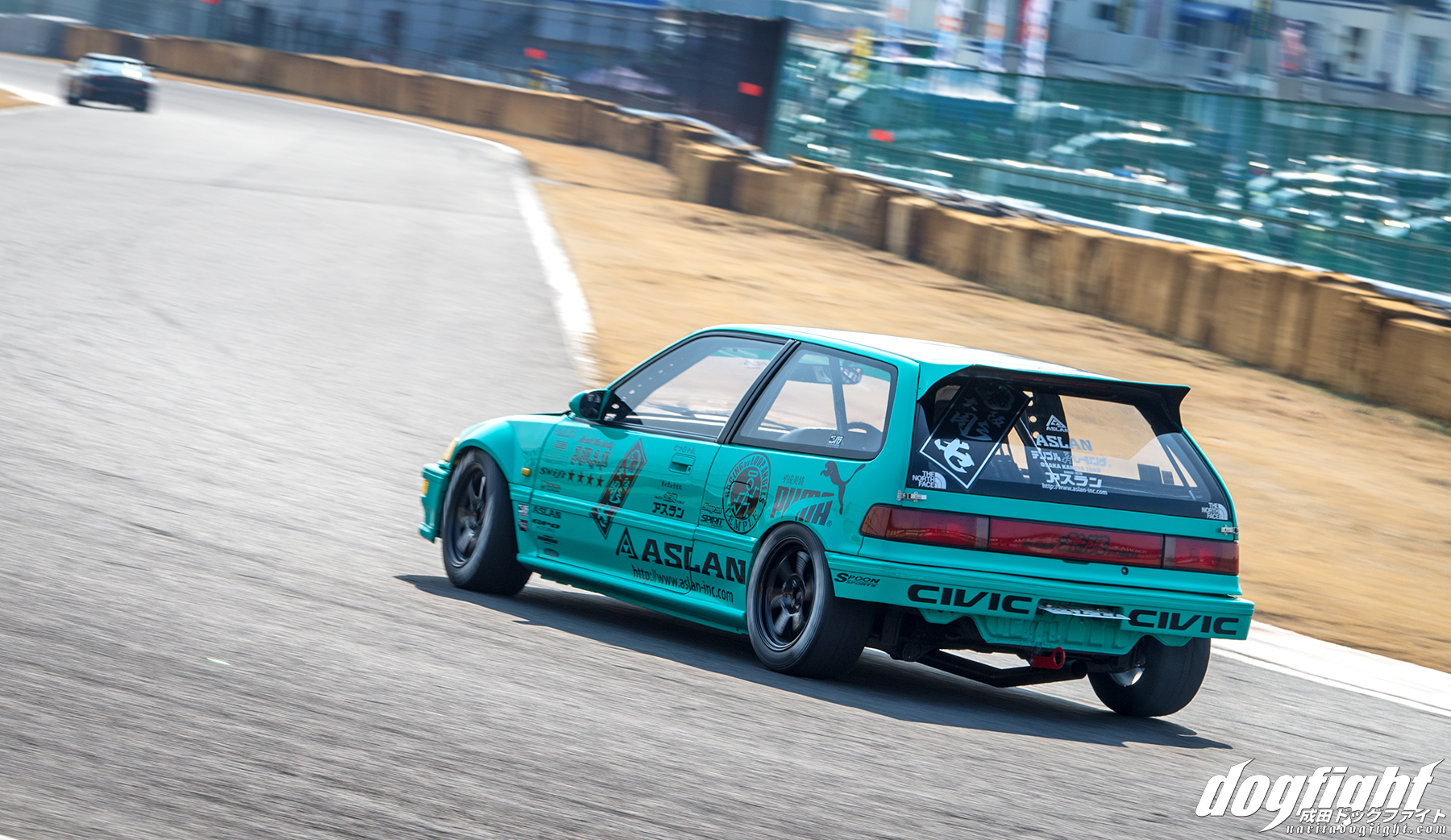