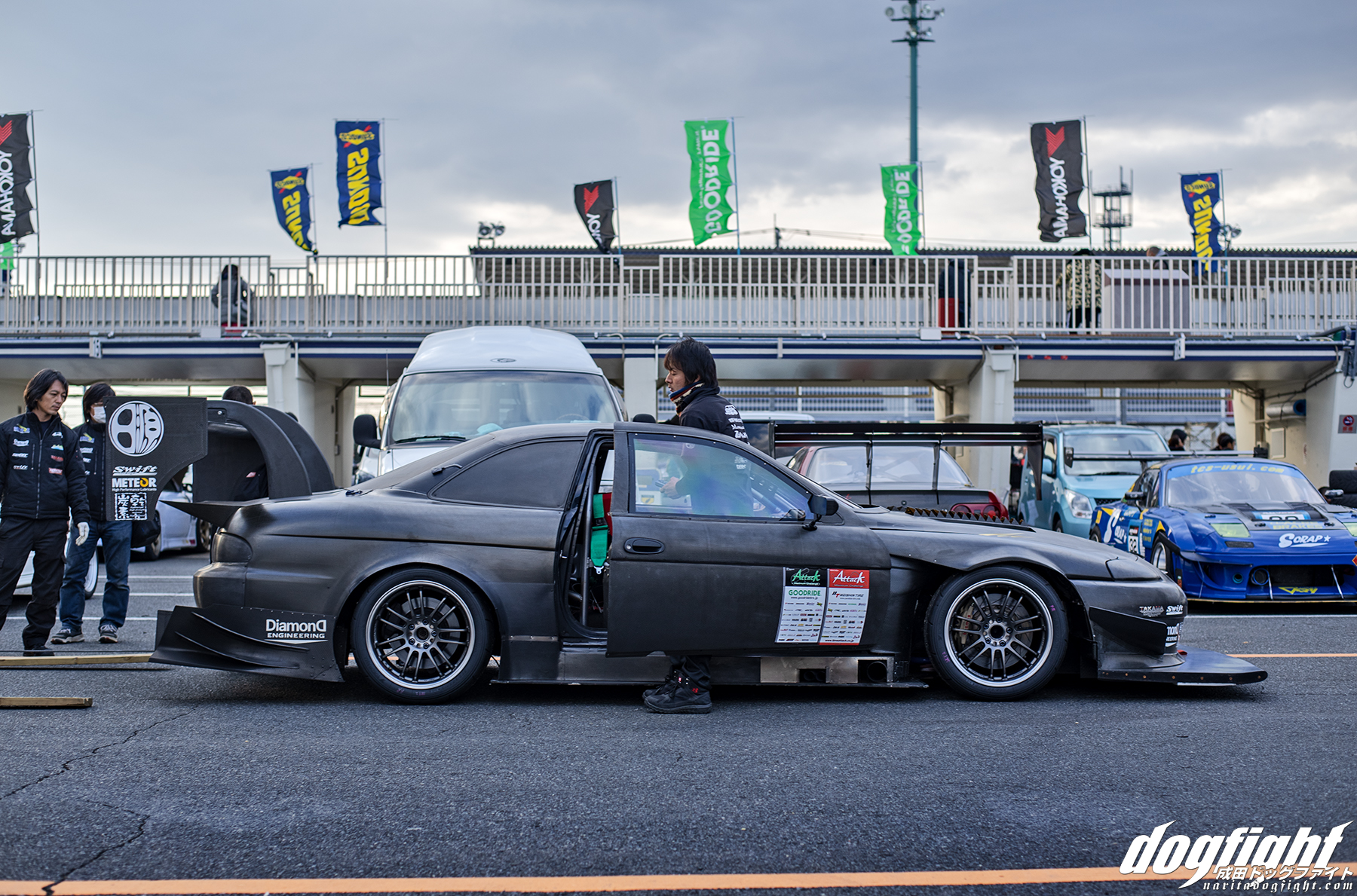 The past 2019 season of Attack marked Kunihiko Bando’s achievement of his long sought 53 second lap around TC2000 (53.680).  This, in and of itself is a remarkable achievement, however it also comes along with the promise of more.

The momentum of his recent success, as well as the data the team has gathered on his previous lap times, has alluded to the team that a 52 second lap is very achievable under the right conditions.  A 52 second lap at TC2000, for the Japanese competitors, has sort of always translated into being competitive at Sydney Motorsports Park in Australia.  And so, with this momentum, Kunihuko’s dream to compete in WTAC has become a very realistic, and just last week the 80R featured driver and the Frontrunner partnered team, Kunihiko and Autobahn Racing Factory, have announced that they’ll be taking on the world stage in Australia this coming October. 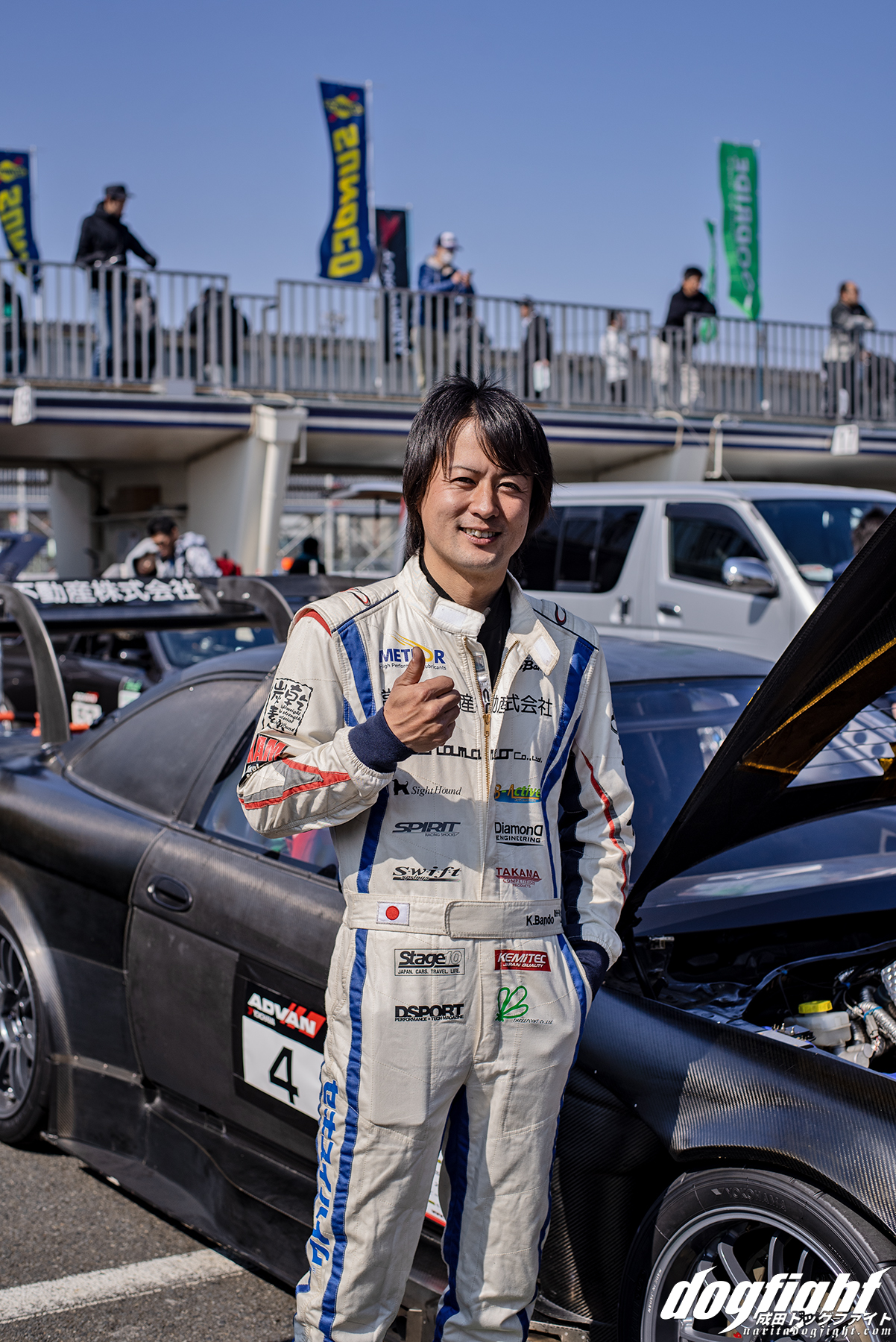 This is exciting for a number of reasons; the most prominent being that of the expansion of Japanese competitors in World Time Attack.  This shuffle of international competitors, and intermingling of global time attack series, does wonders to grow the sport.  And, aside from giving me more reason to go, provides a benchmark to how the Japanese drivers compare to teams with seemingly endless budgets.  In other words, it shows what is achievable at the ‘grassroots’ level.

Kunihiko’s JZZ30 Soarer, a typically heavyweight chassis that is not usually considered a contendor for a sport like time attack, has gone through great lengths in reducing weight.  Adhering to a strict diet of dry carbon, the car’s weight has been reduced to 1160 kilograms.  The roof, rear quarter panels, doors, and entire front end have all been replaced by carbon – actually, aside from the side windows and windshield the entire car is dry carbon.  For a car with 1,000 horsepower, 1,160 kilograms is plenty light. 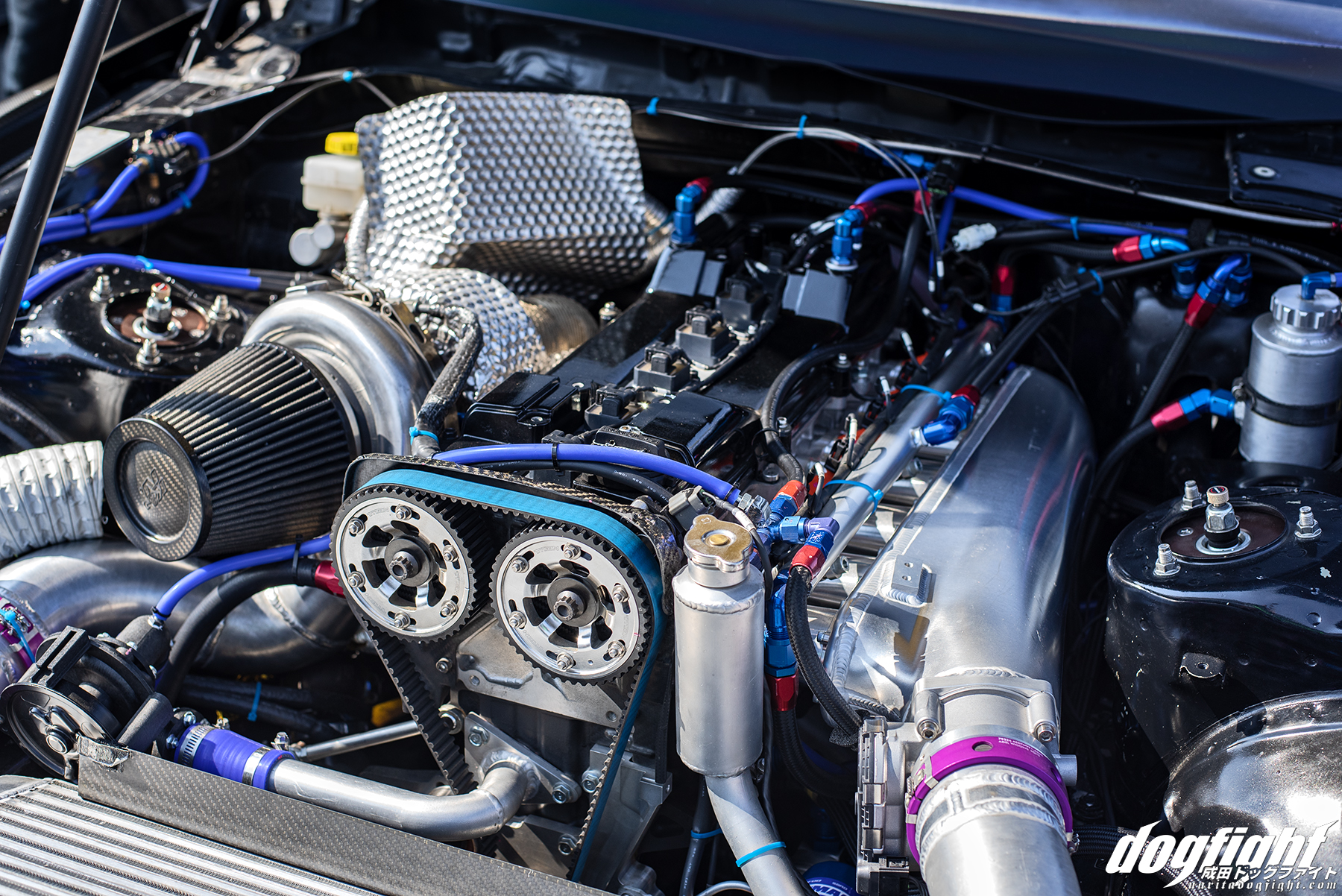 The 2JZ-GTE combines an N/A 2J head that’s been ported and polished, with a 3.1 liter specification block.  The engine allows for much less load at high rotation due to the lighted crank and Carillo connecting rods, and HKS 87φ pistons.  An electric water pump is also used to reduce friction, and it also supports various controls with the Motec M800 using a fly-by-wire electronic throttle.  The Garrett GTX4202R turbine provides the bulk of power, and at it’s highest boost, puts out a healthy 1,000hp.

The transmission is now the newest sequential model from Albins; ironically made in Australia. Right now, the shifting is still the I-pattern floor shift, but Kunihiko is planning to utilize the Motec technology to its max and install paddle shifters before October. 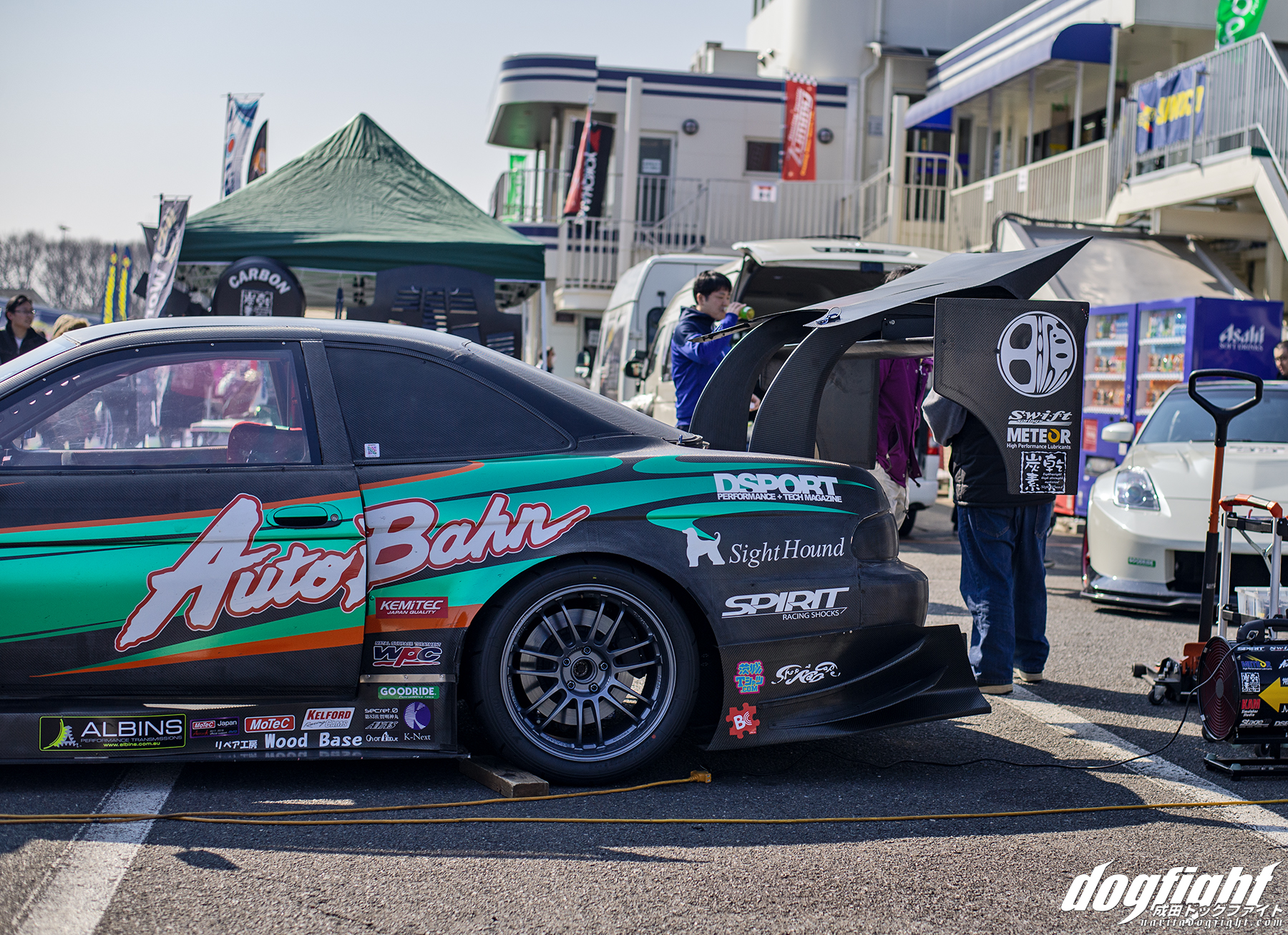 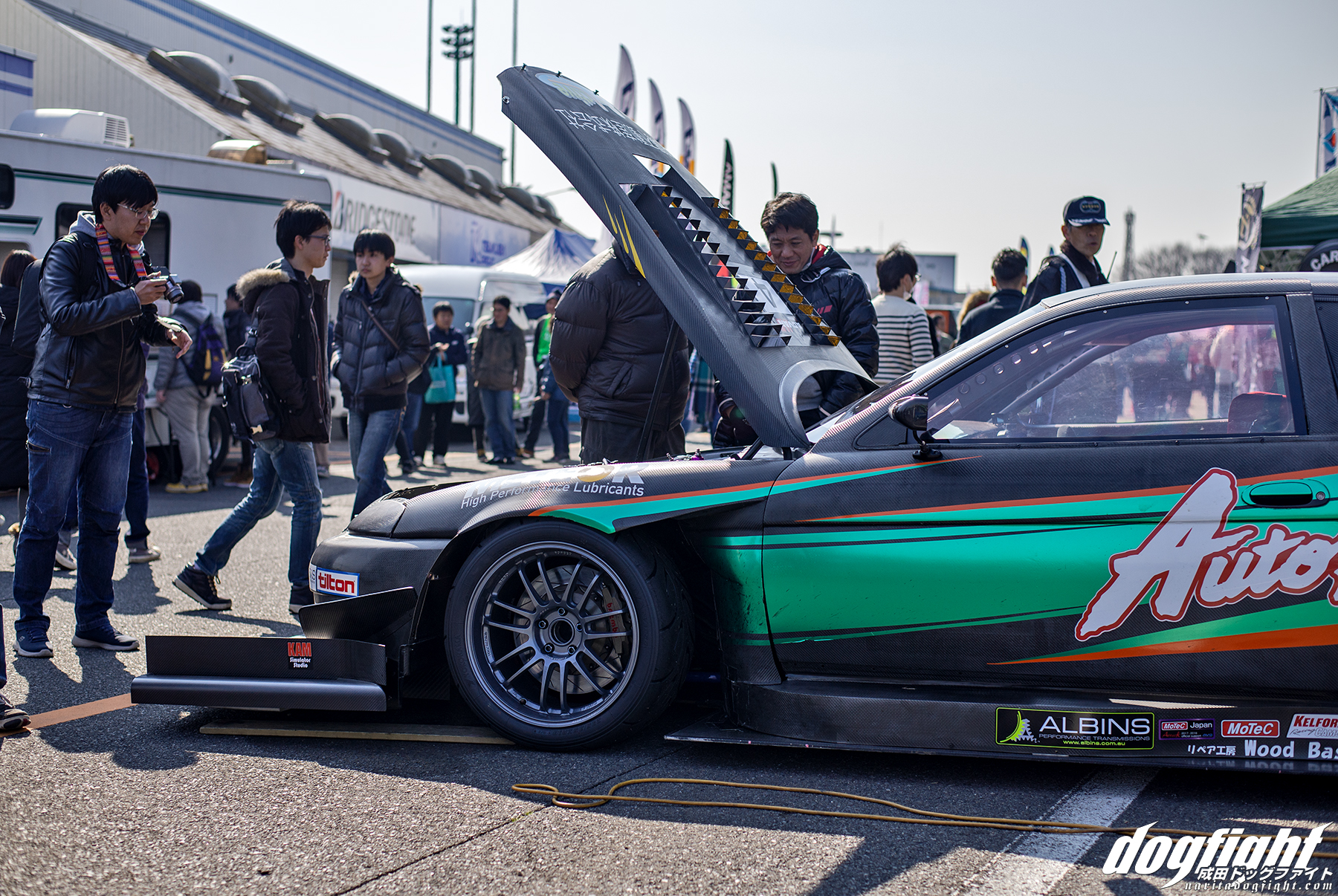 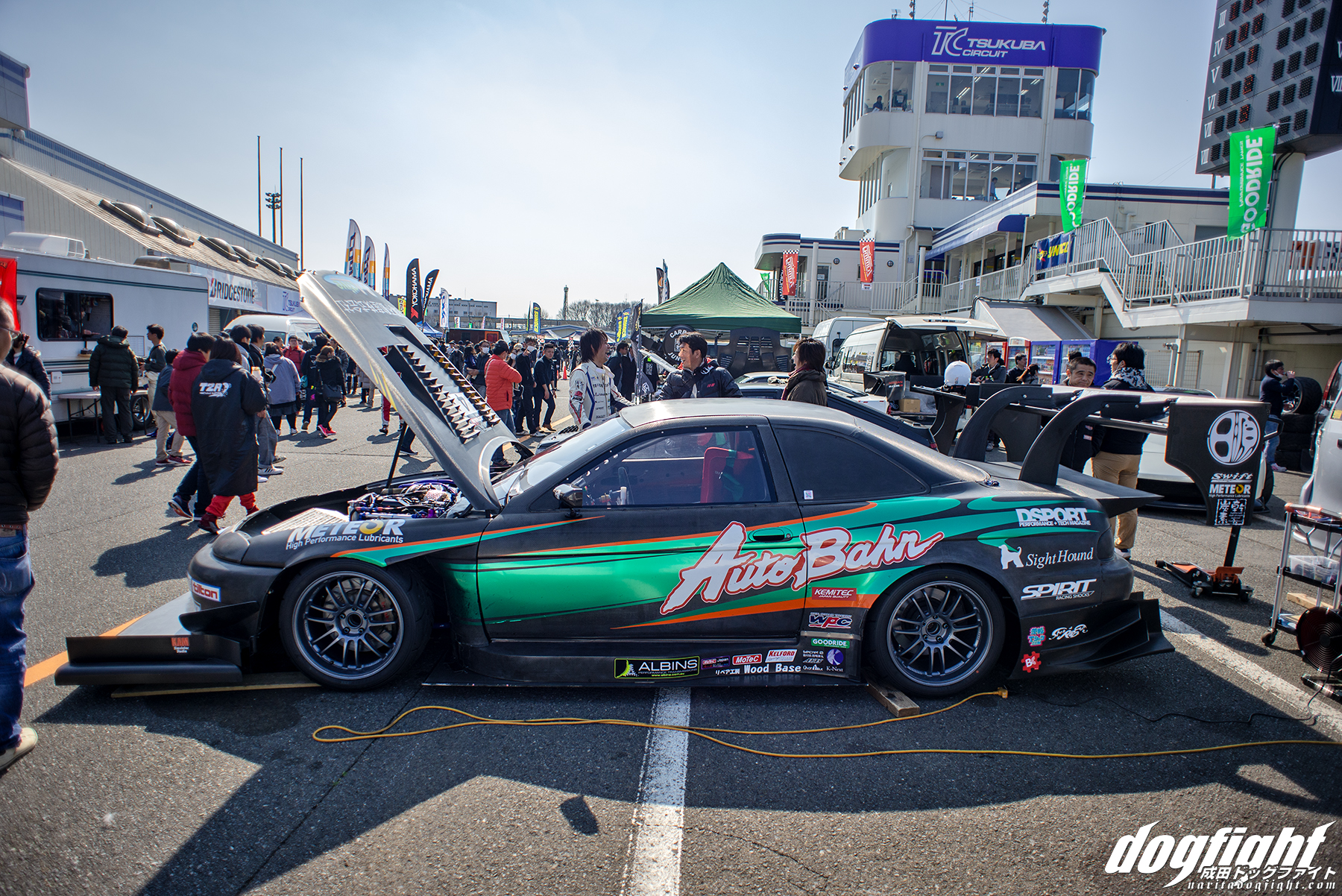 Spirit Type-X dampers with 32k/34k Swift springs provide a lower center of gravity, and damping forces around the track.  The car produces an enormous amount of downforce thanks in part to the Sighthound parts that adorn the exterior. 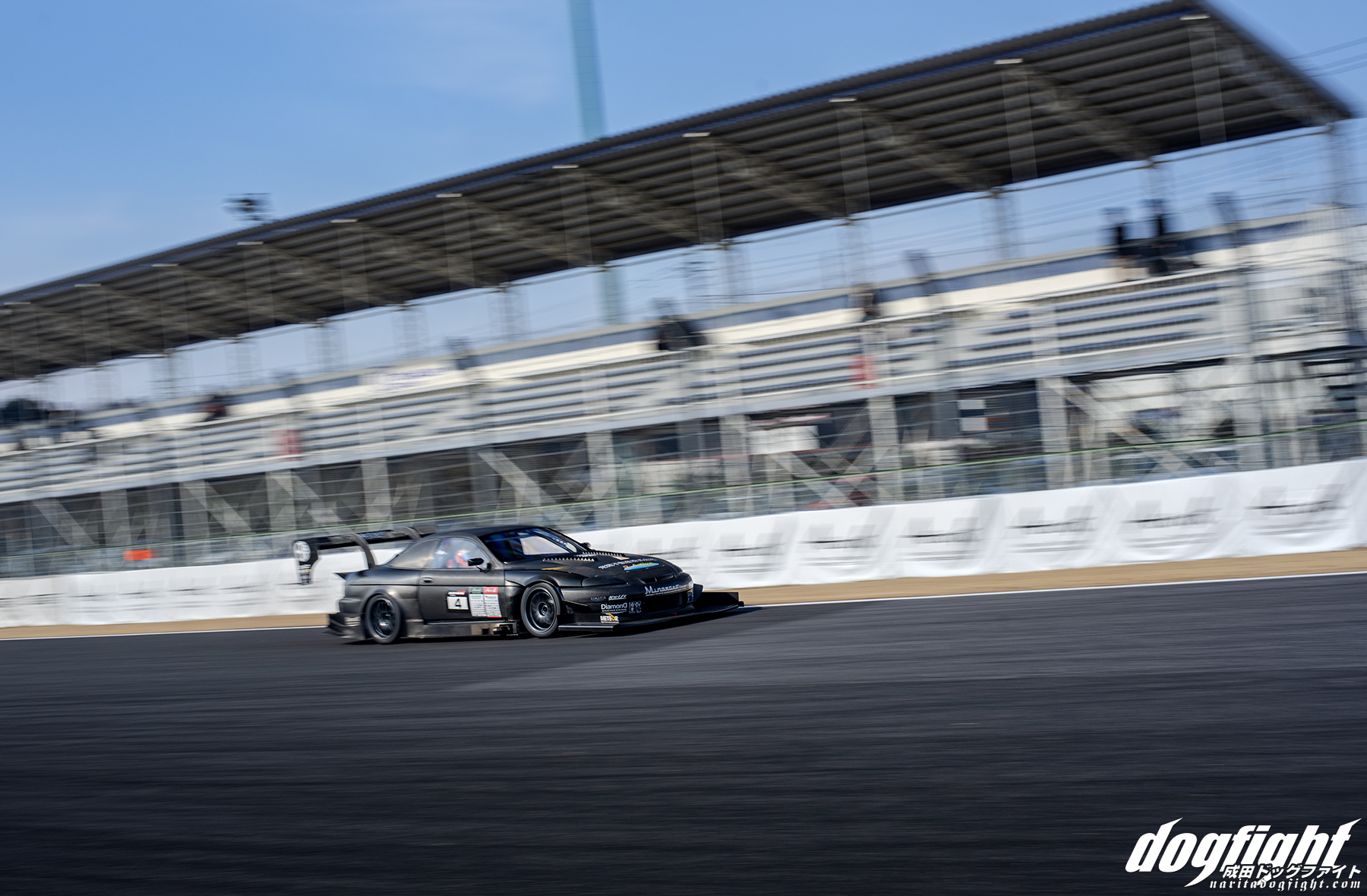 The team will spend the remainder of Spring and Summer preparing the car for the fierce competition that they’ll see in Sydney.  A lot of the suspension will be changed, as well as the addition of some fail-safes to ensure reliability overseas. 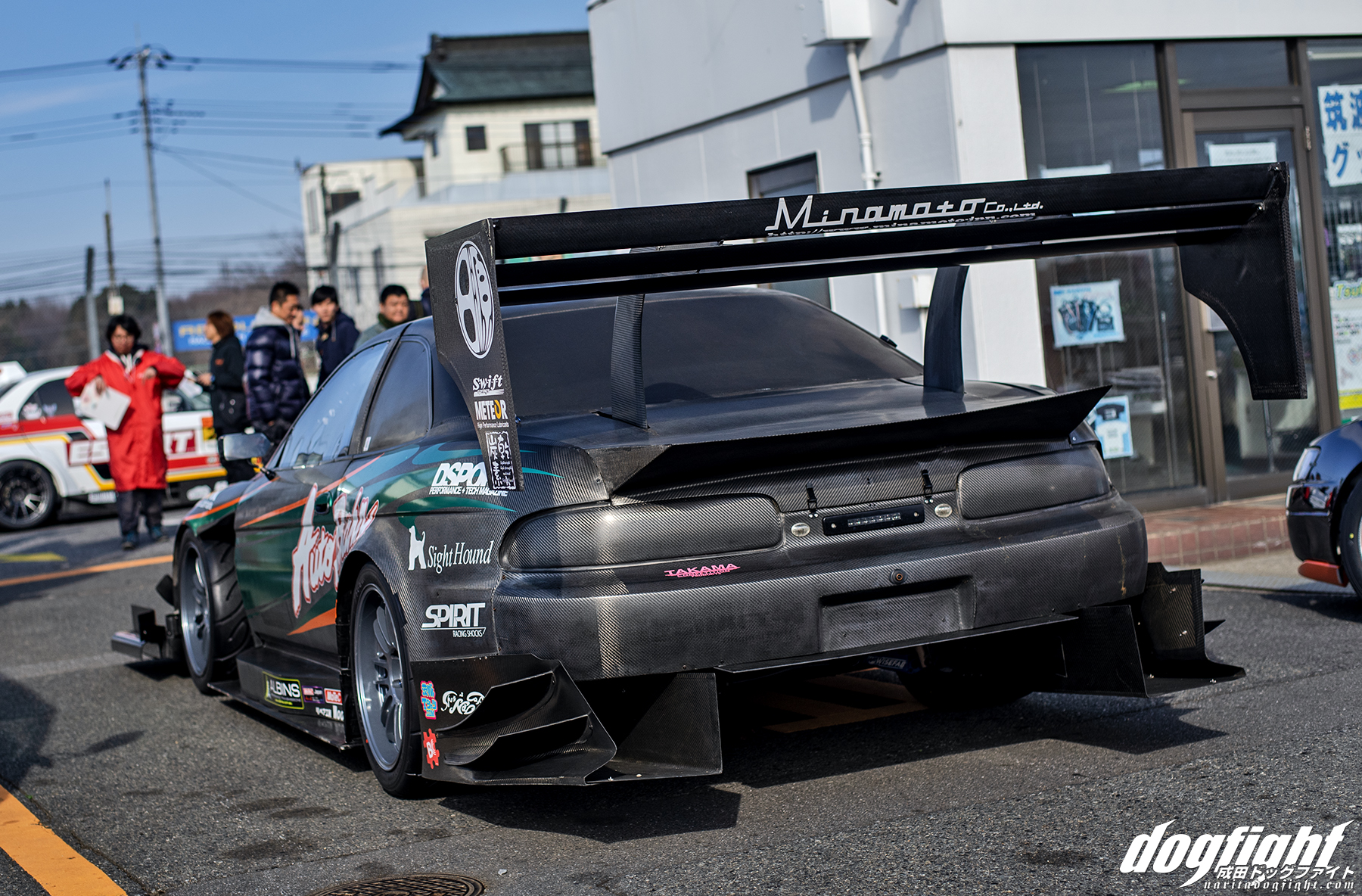 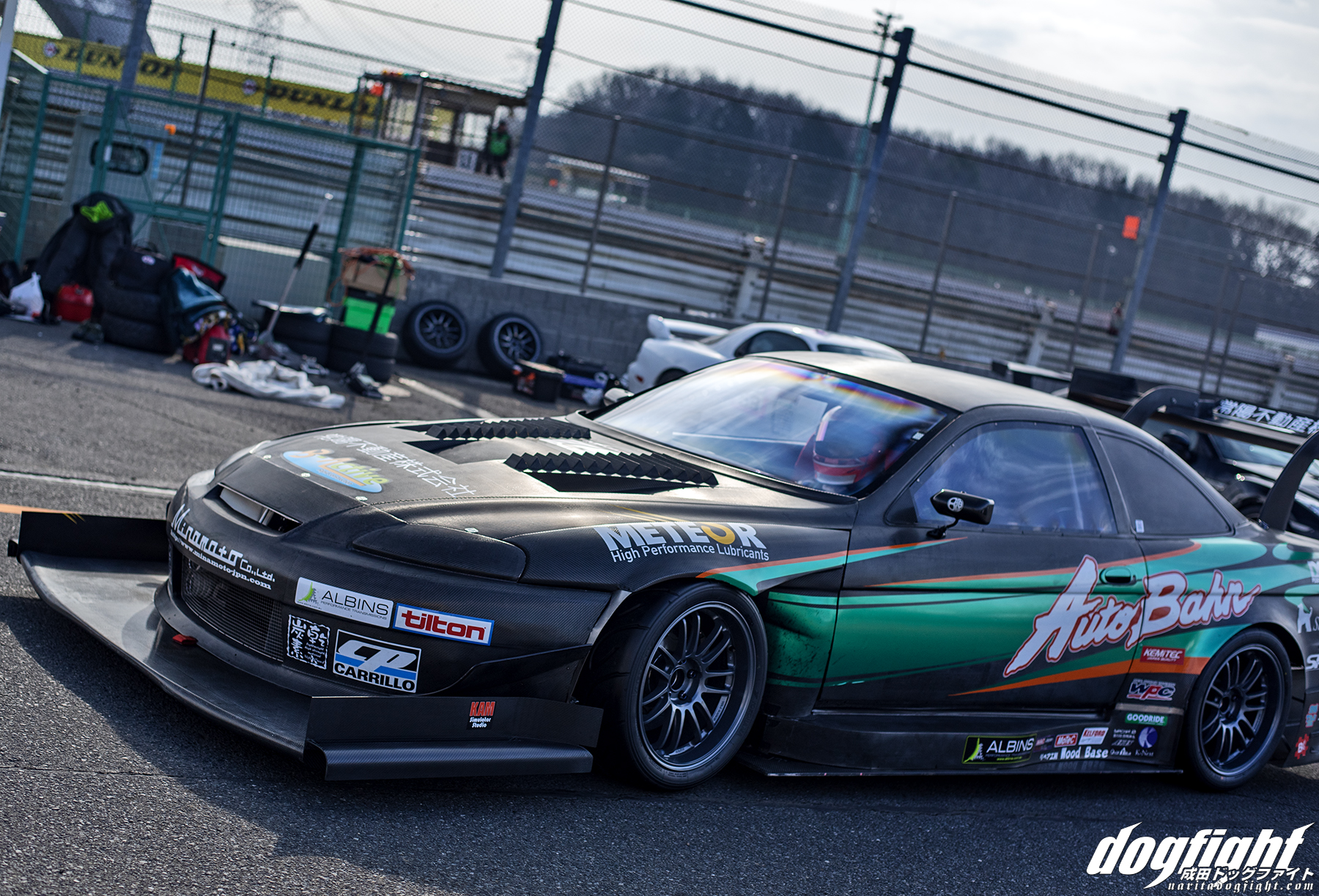 Sydney should provide another year of great racing this year, and I look forward to seeing what Kunihko and the team can do. 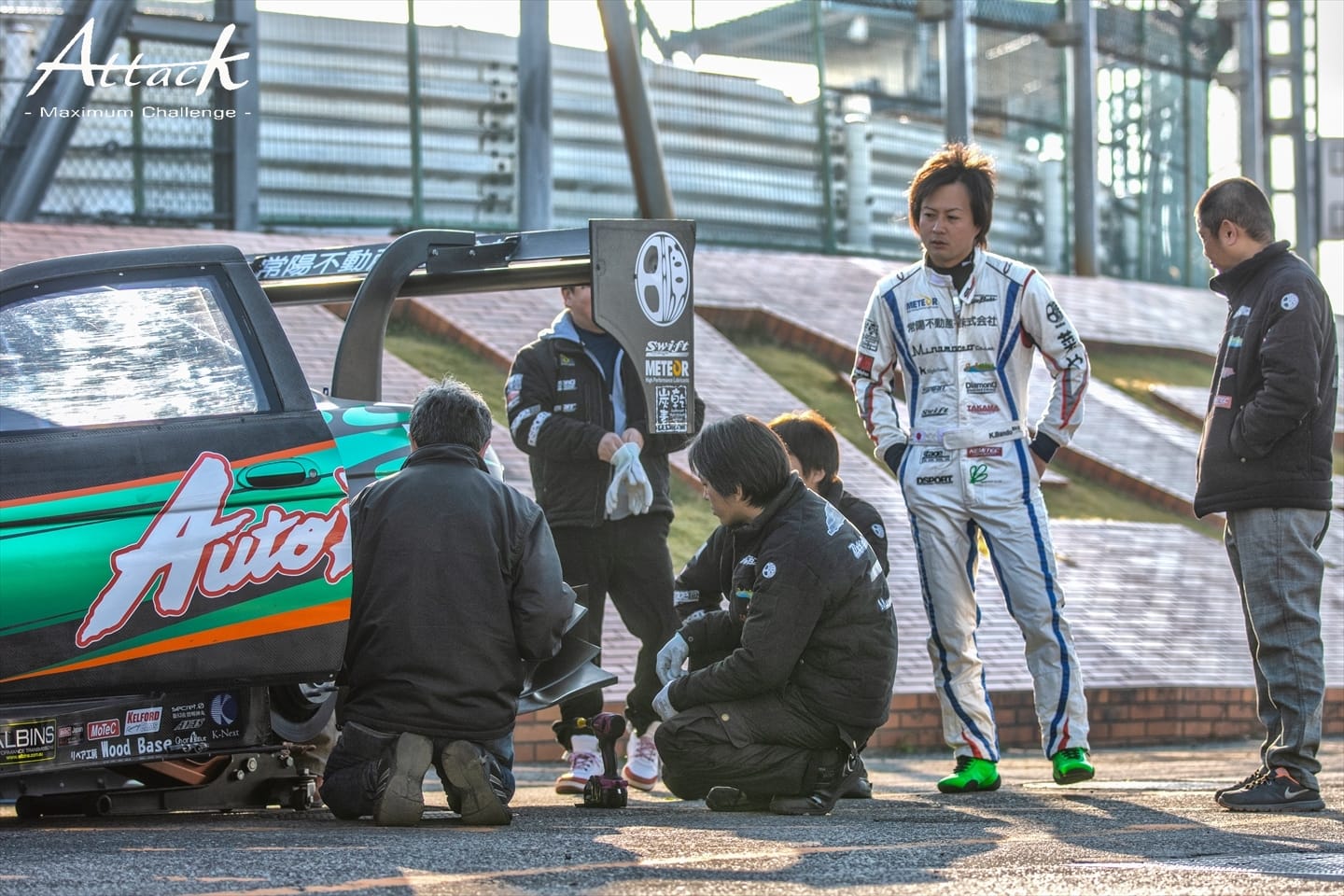 See his fast lap below: