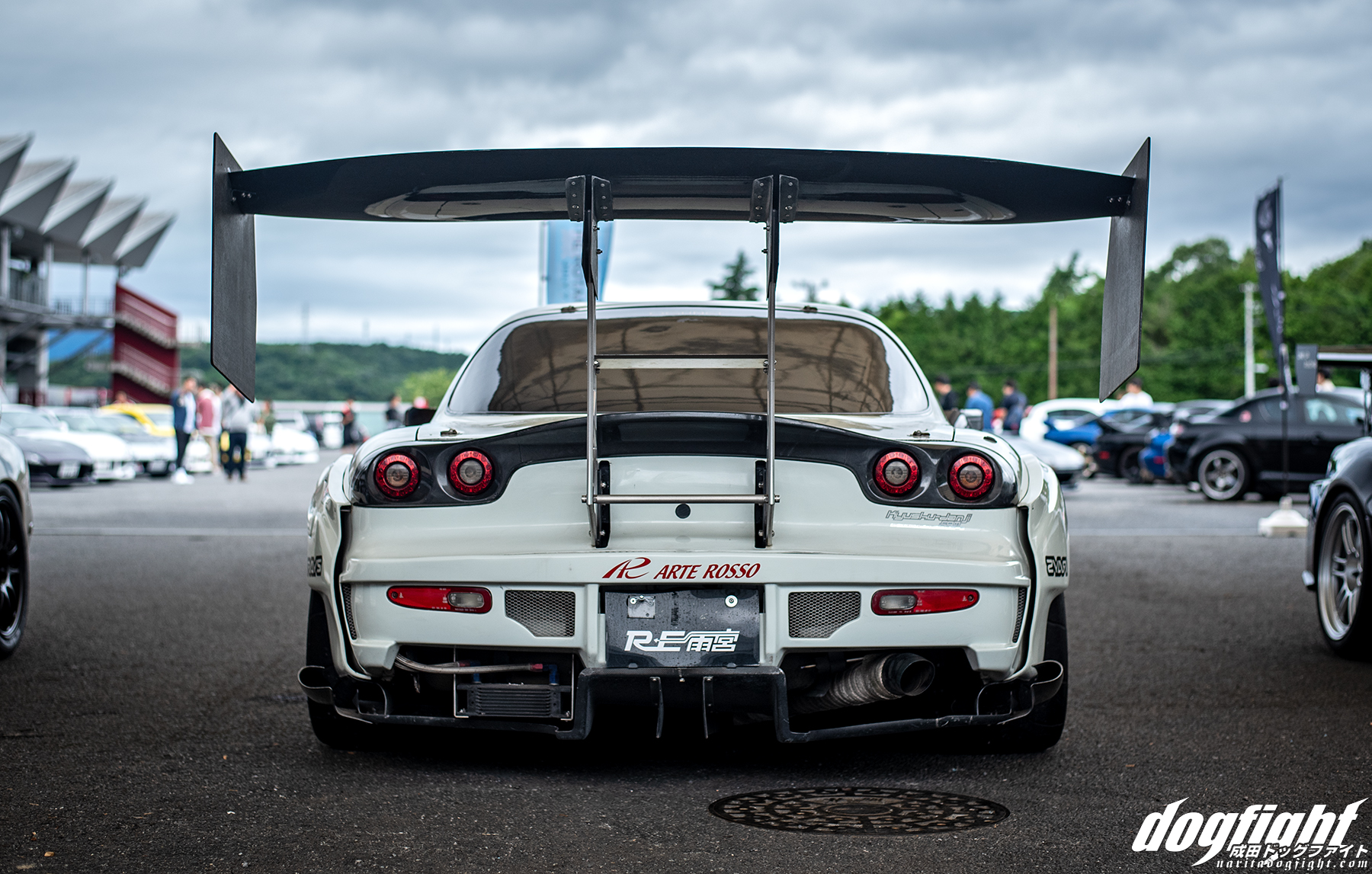 Seeing as he lives all the way down in Kyushu, I consider myself lucky to have caught Nozaki and his FD at Fuji during Seven’s Day.  I didn’t get the opportunity to see him at Autopolis Super Lap and was excited to see the build up close.

As a kid, Nozaki used to drive the touges of Beppu in the Oita Prefecture of Kyushu.  Set between the sea and a range of volcanic mountains, these roads provided a very similar experience to the famous touges like Hakone and Shizuoka.  Most nights were uneventful; being a local he knew the roads well and frequented them in his GTO weekly.  One night, however, he was caught off guard by a small animal that darted across the road mid-turn.  Nozaki reacted to avoid it and ended up crashing – hard enough to total his car and be sent to the hospital.  That experience, coupled with the backlash he received from his parents (rightly so), was enough for him to hang up his street days and turn his focus towards attacking the circuit.  In this case; Autopolis.

To replace the car he lost on the touge, he picked up a Mazda RX-7 FD from a friend in the area.  He was able to get it at a bargain price because the car had been sitting with mechanical issues for some 5 years, and his friend was looking to be rid of it altogether.  The motor was already a side-ported 13B with a single TD07-25G, but in its current state ran so poorly that the whole setup needed to be redone.  After saving some money, Nozaki left the car in the hands of RE for a complete overhaul with only two requests; it makes enough power to set records, and it is reliable.  Most likely a common request when rotaries are dropped off at Amemiya’s shop. 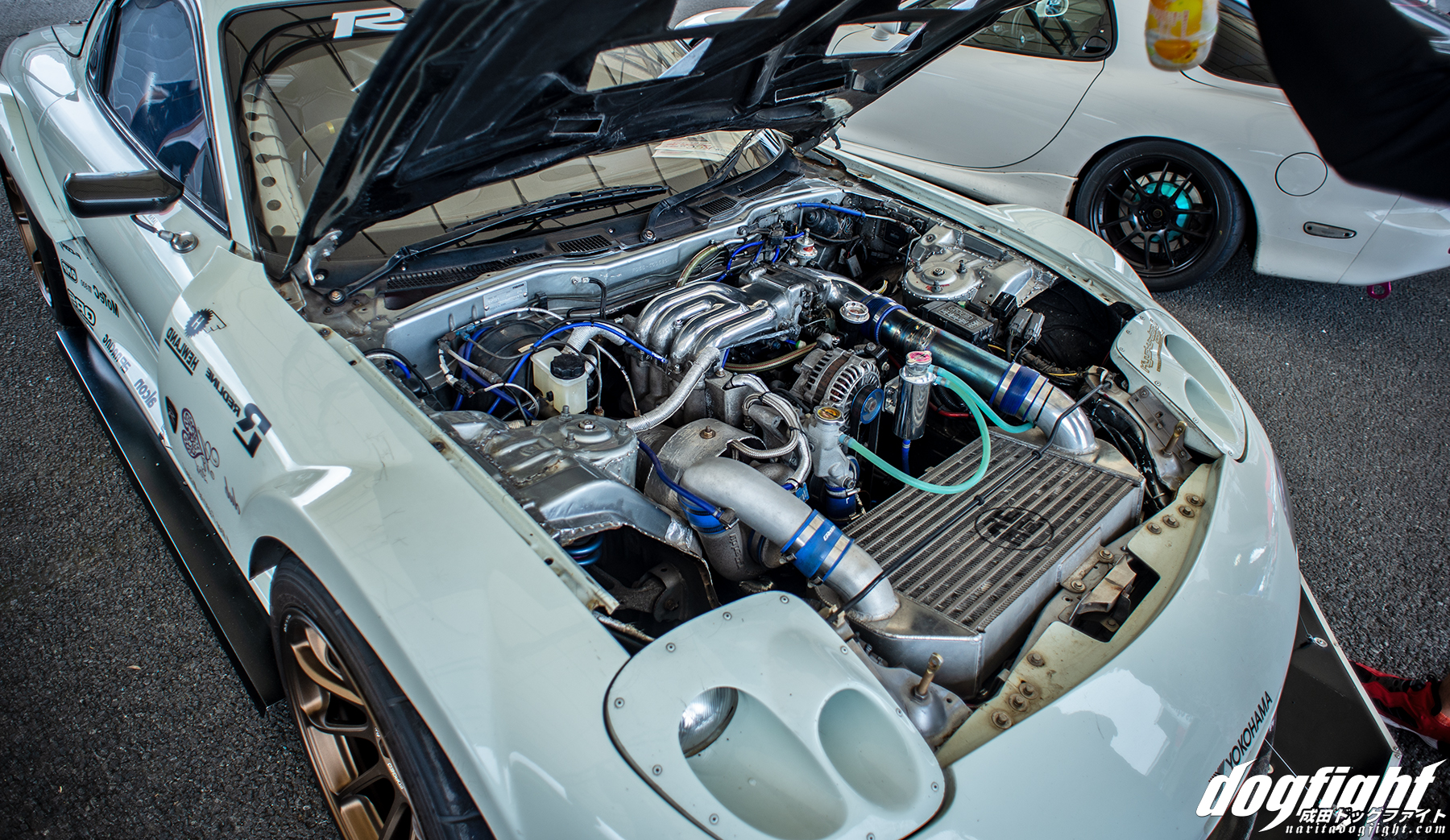 The turbo was replaced with a massive T88, and the motor was completely rebuilt with bridge porting and all new seals, including a reinforced 3-piece Apex seal. The current setup puts down roughly 530hp to the rear wheels.  I’d say that’s a healthy amount of power.

Electronic power steering from a Toyota SW20 was also added to relieve some stress off the engine. 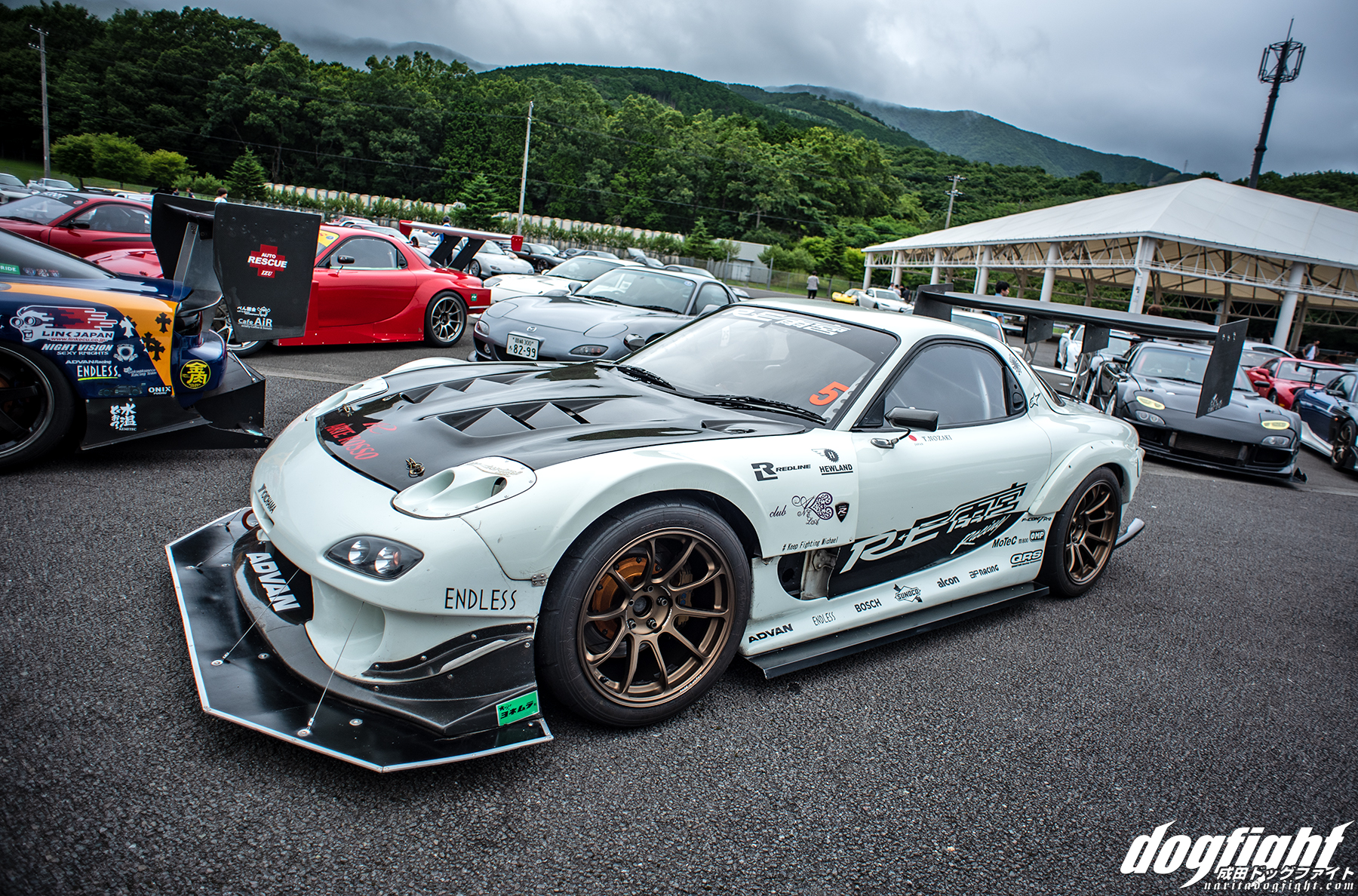 Aside from the modified Pan Speed front fenders, the entire car is adorned in RE widebody exterior parts.  A massive 1960mm GT wing is chassis mounted and rises high above the dry carbon hatch.  Poly windows and gutted doors help decrease the weight to a lean 1078kg.  The car was then sprayed in Ferrari’s blueish-grey color, Bianco; most likely a tip of the hat to Arte Rosso, the shop that helped build the car. 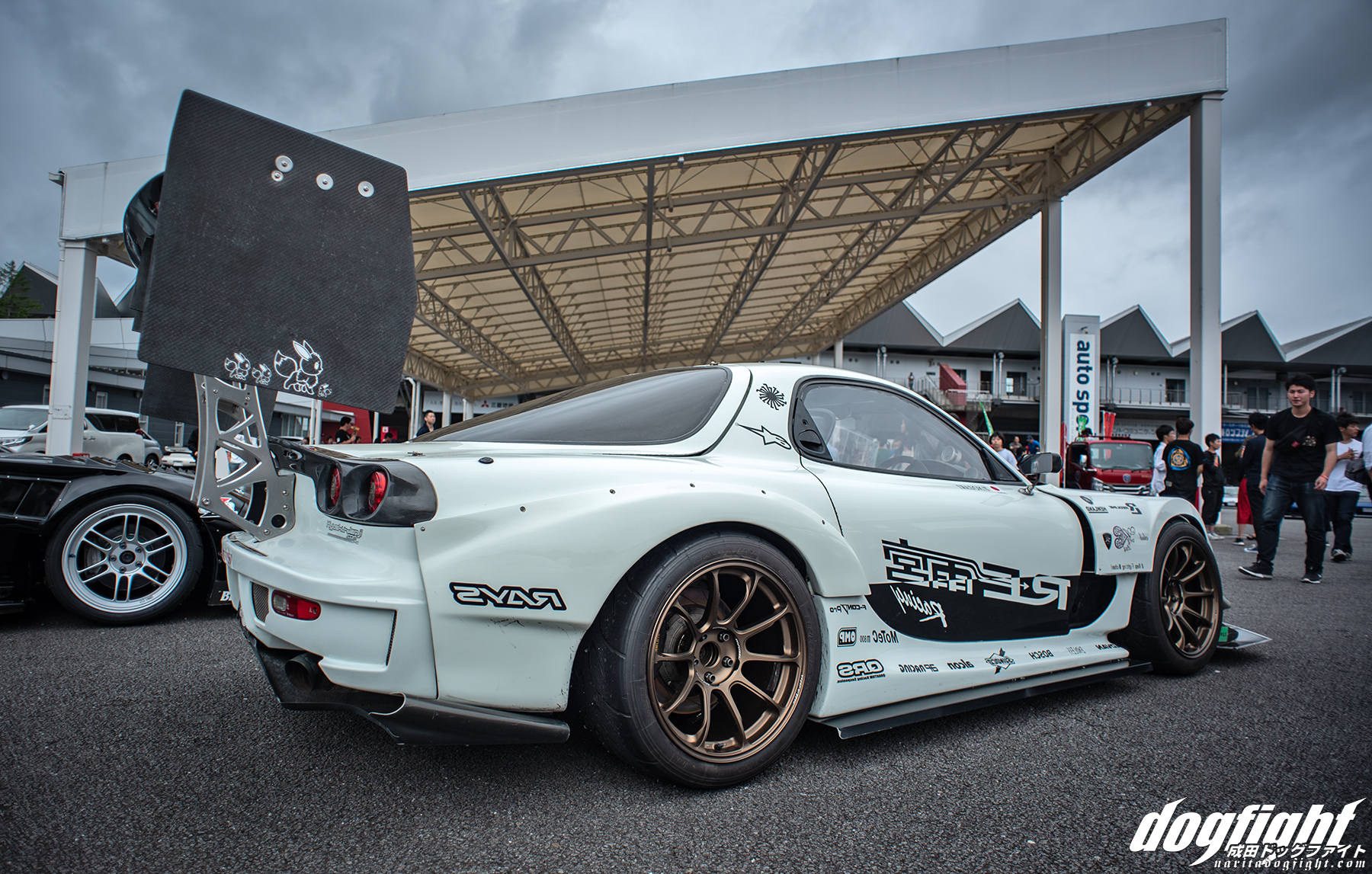 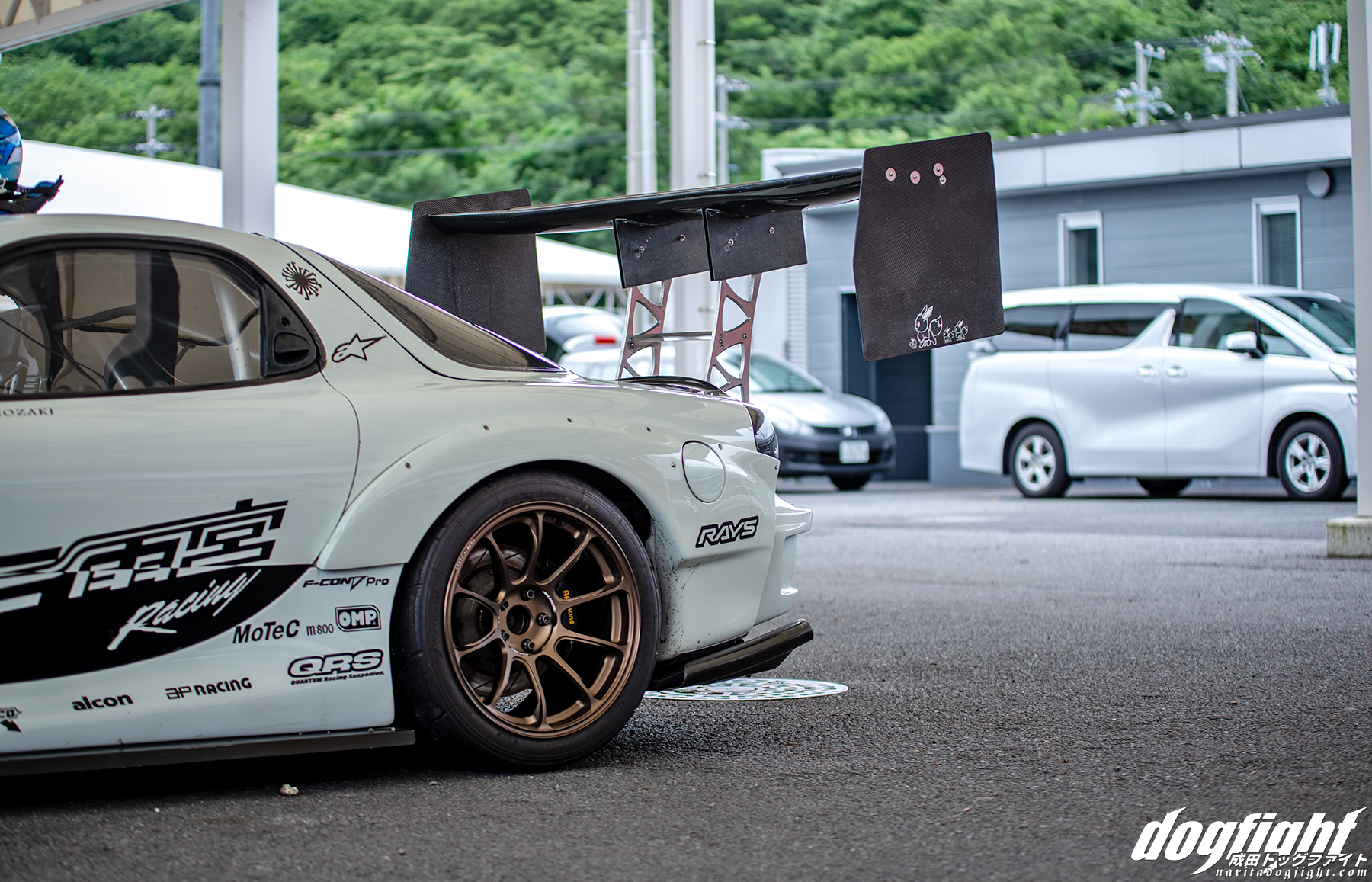 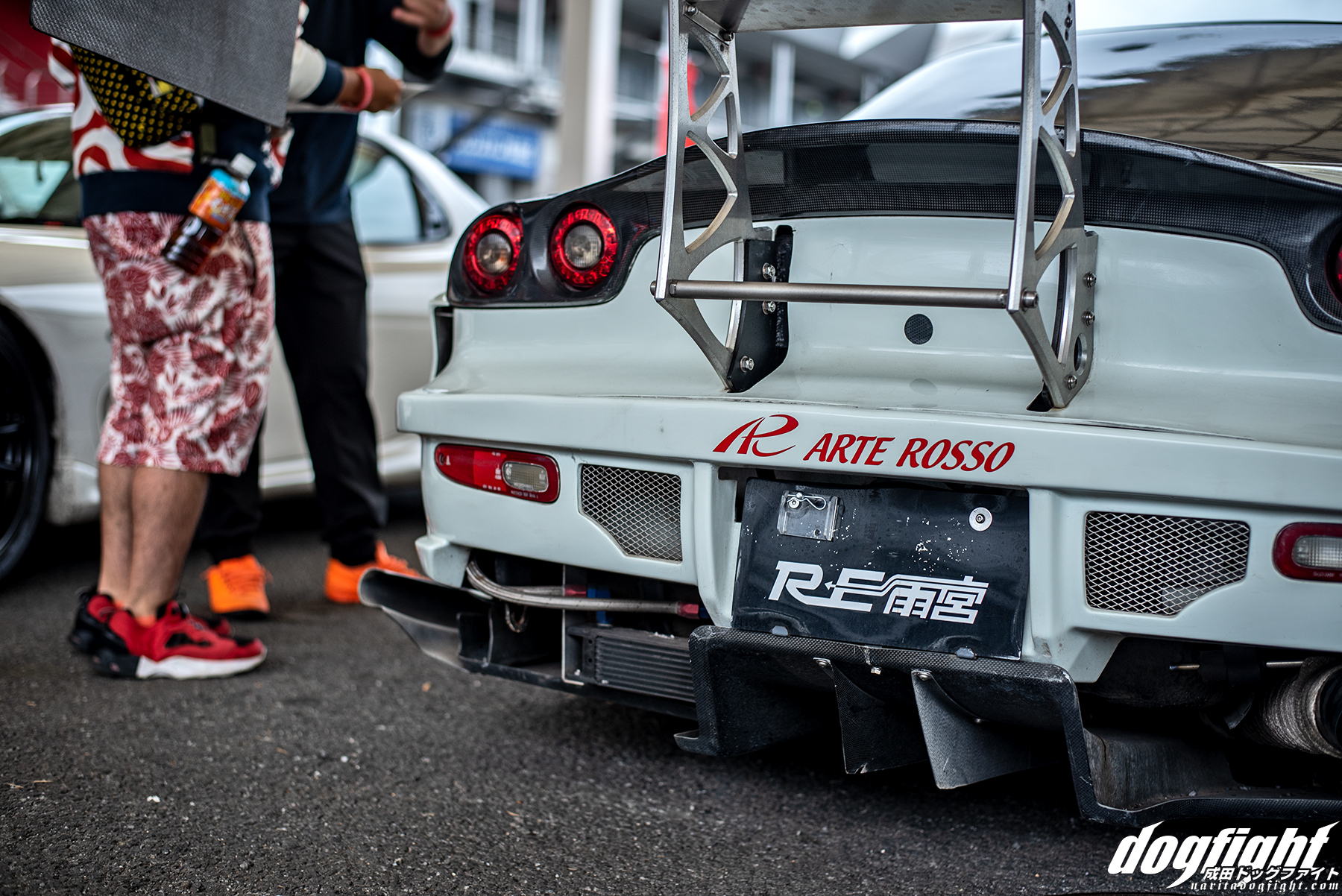 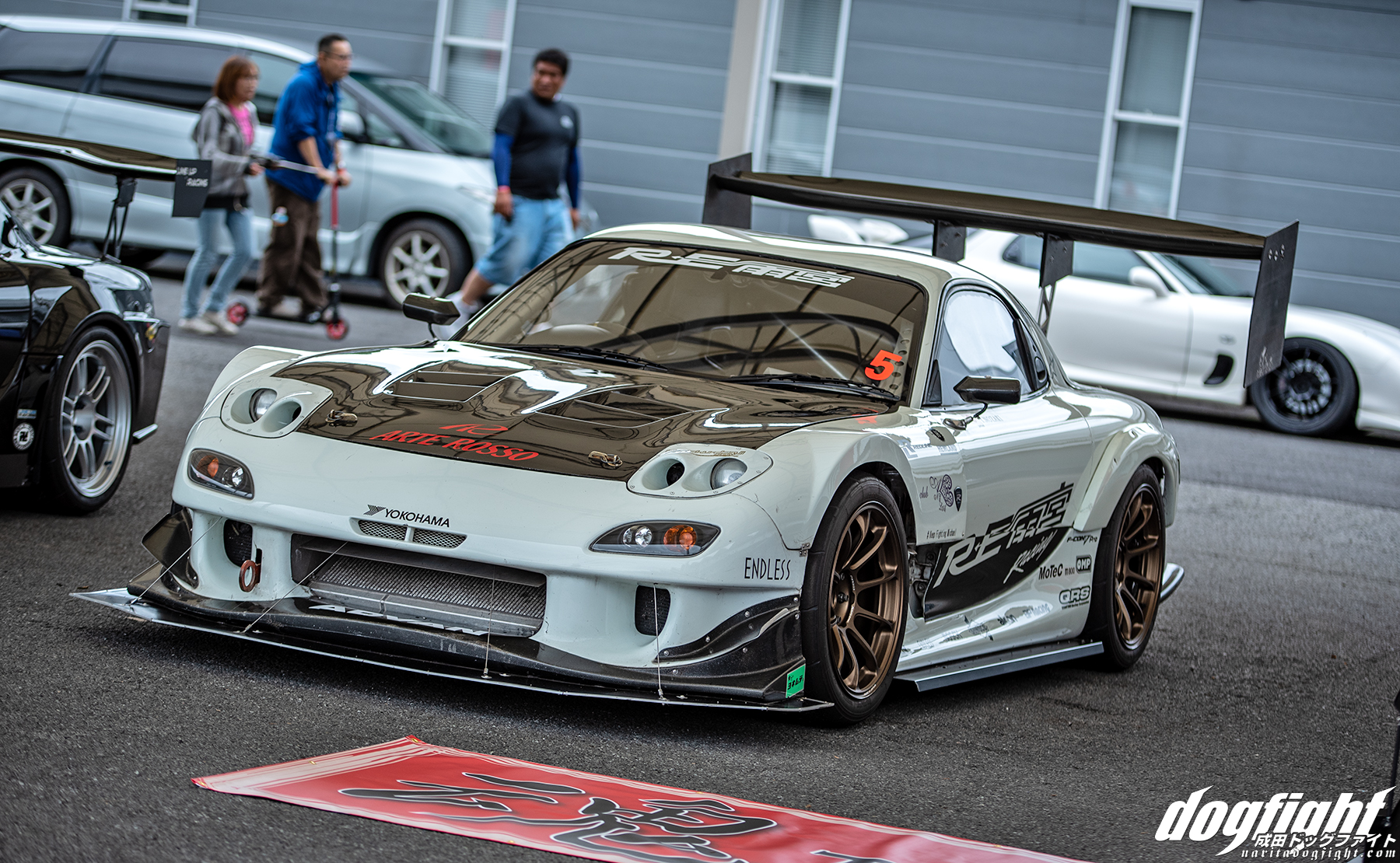 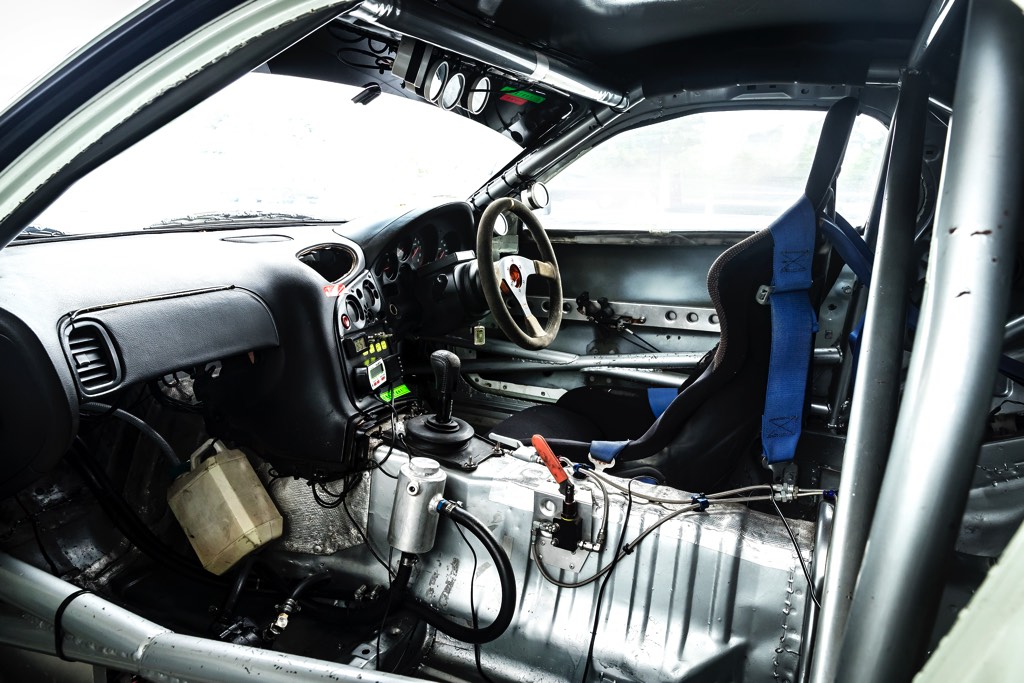 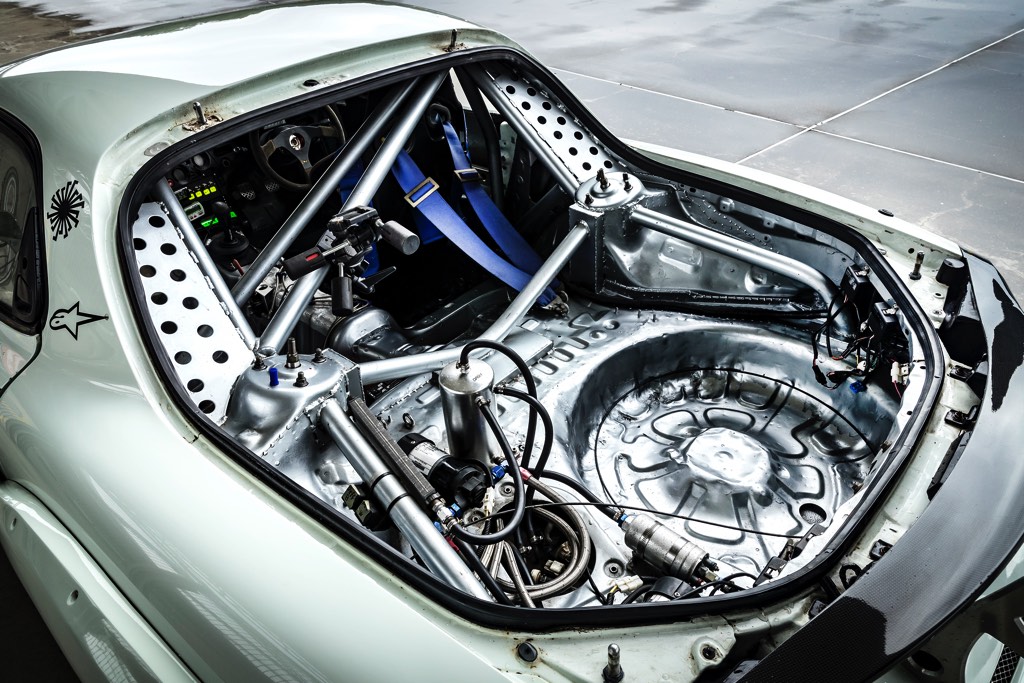 A custom, gusseted roll cage and reinforcement adorn the interior in place of the stock amenities. 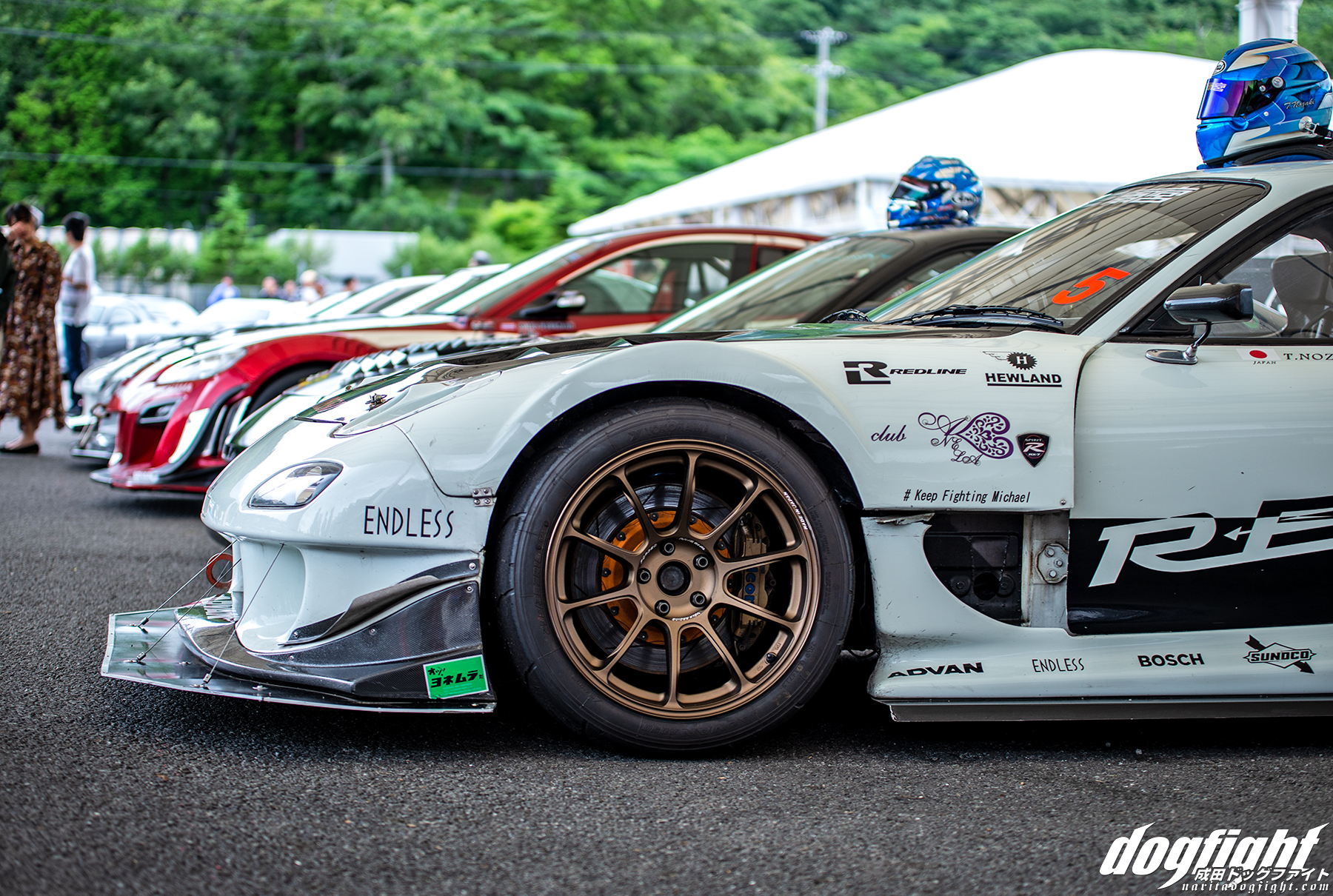 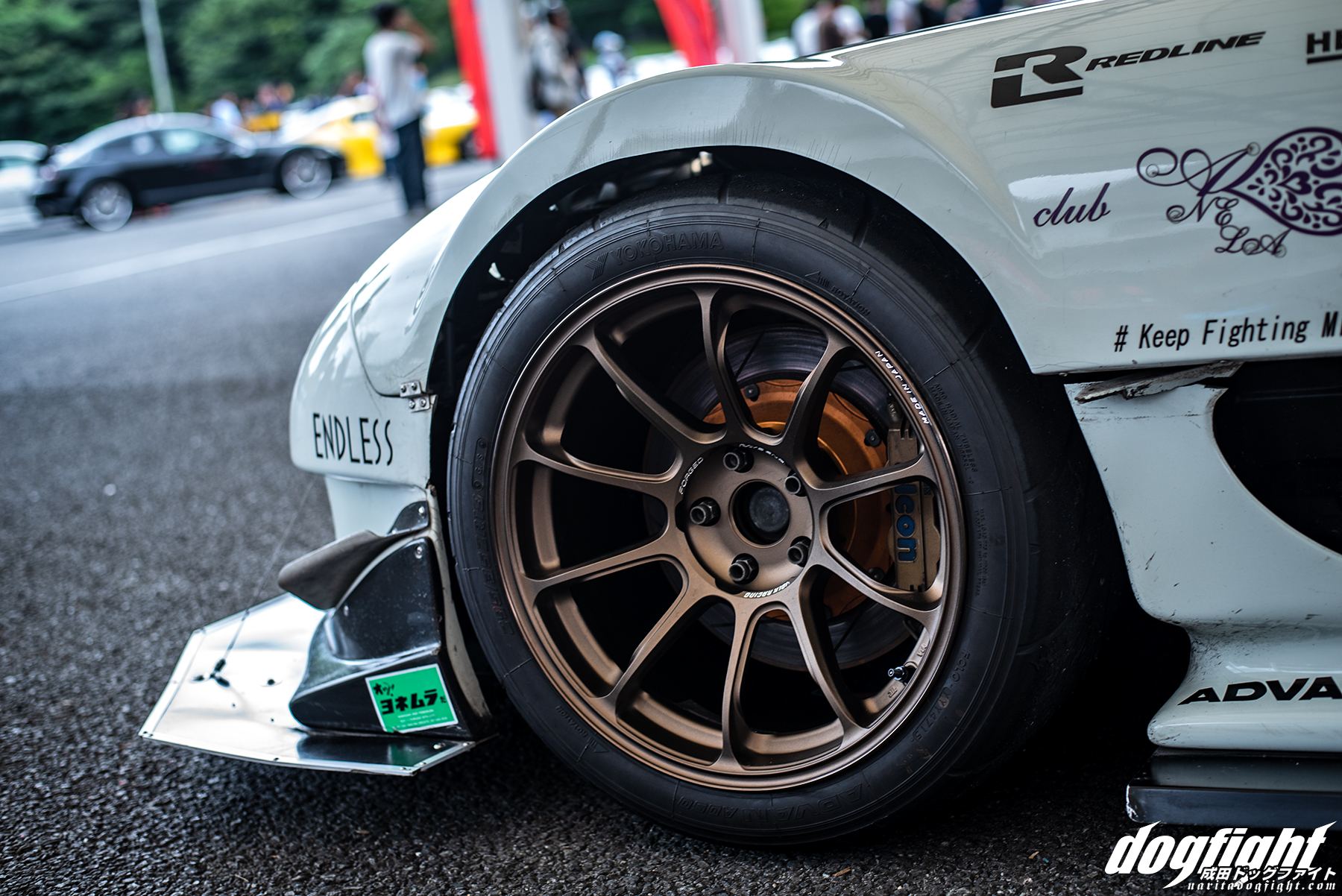 The 18″ Rays ZE40s in classic bronze are a perfect compliment to the light blue exterior.  295 series A050 are the weapon of choice to get the car around Autopolis in under 2 minutes. 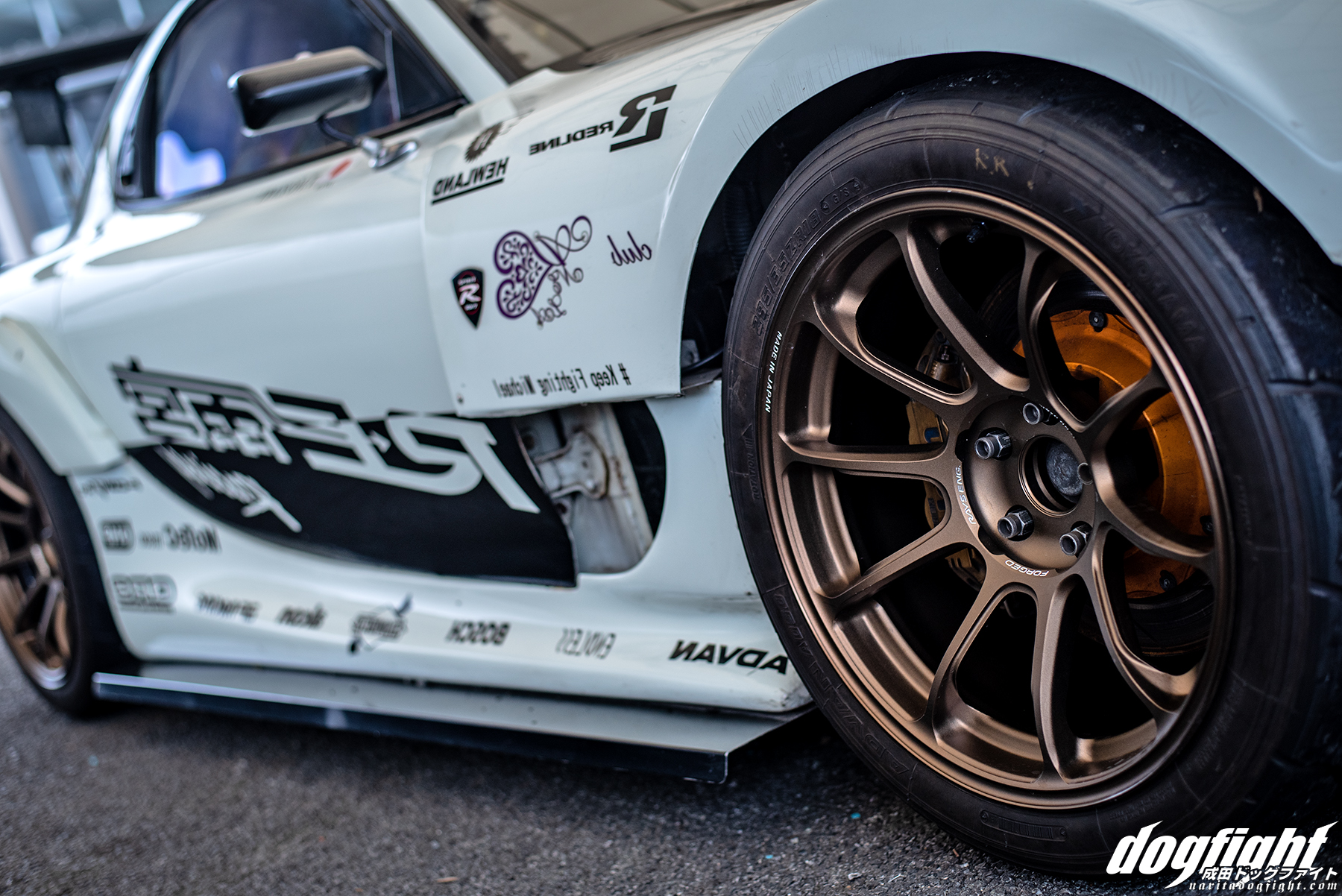 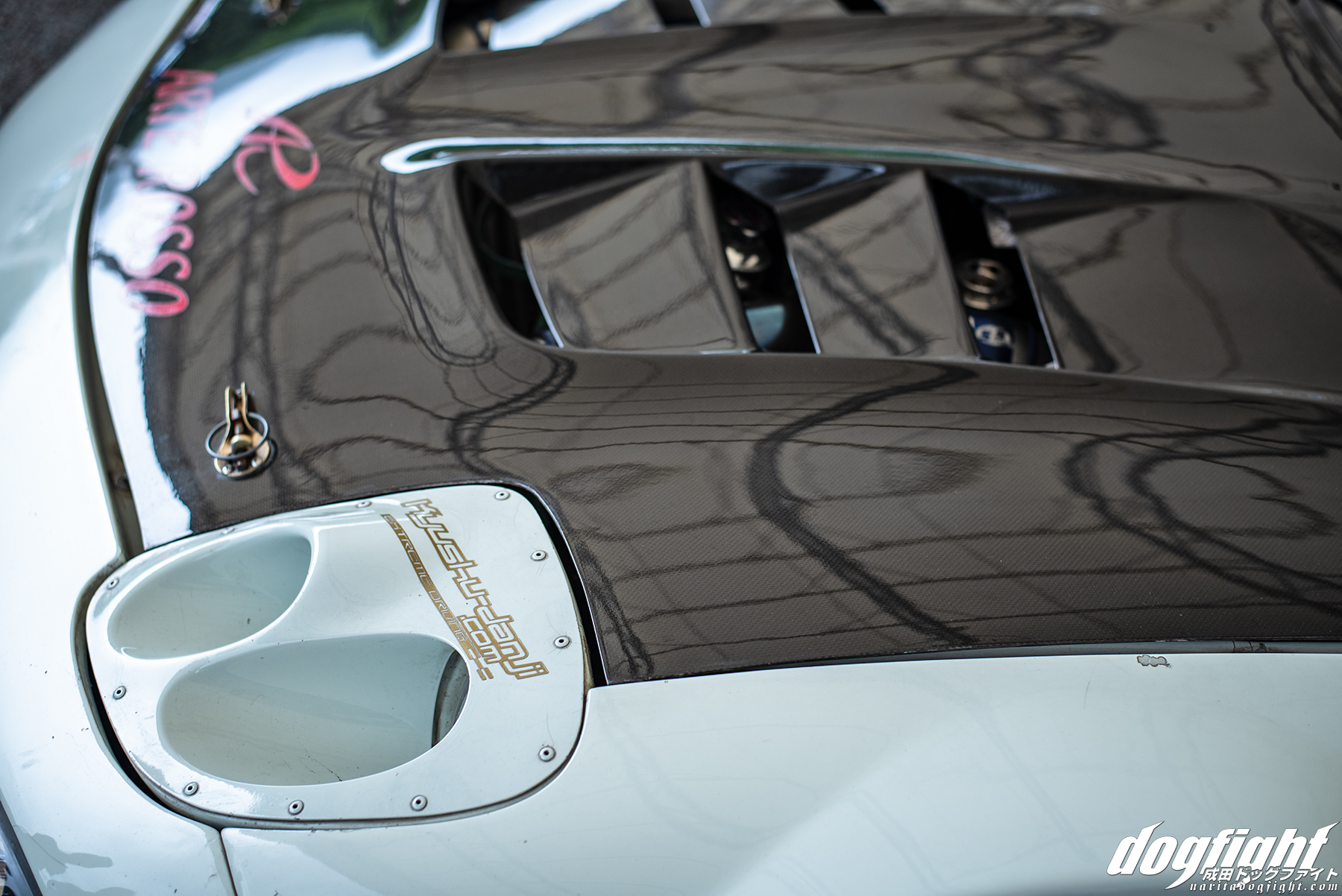 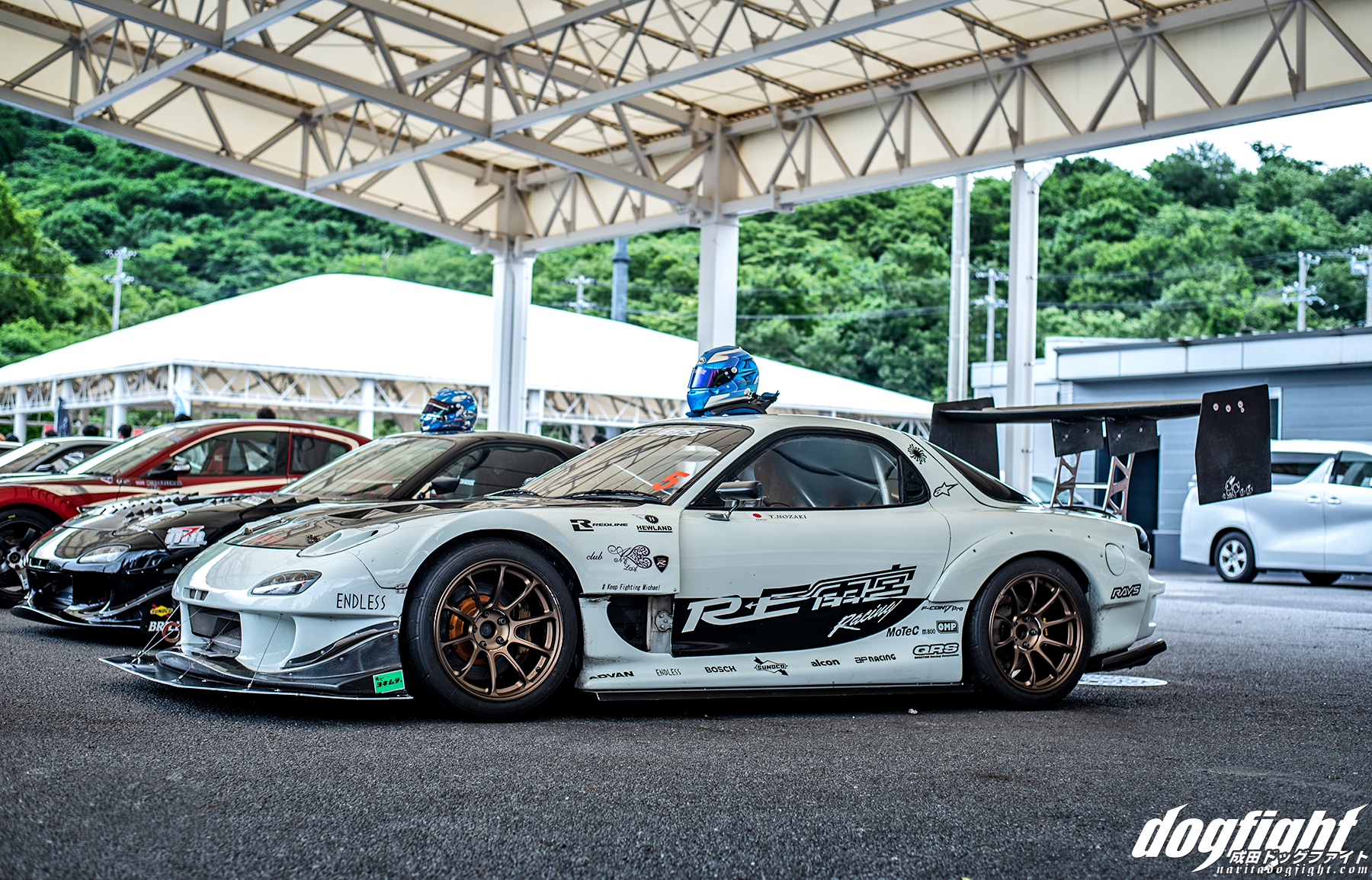 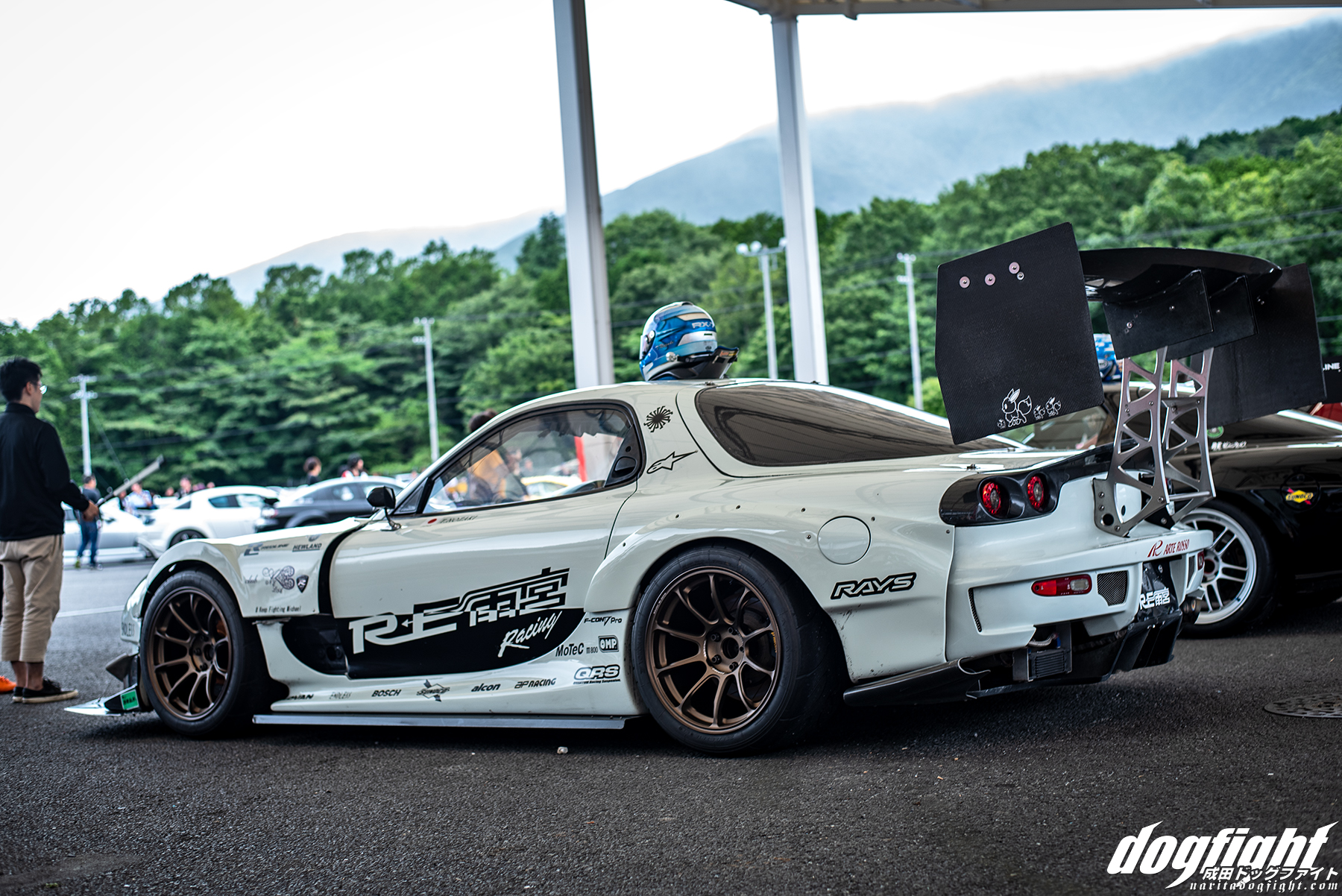 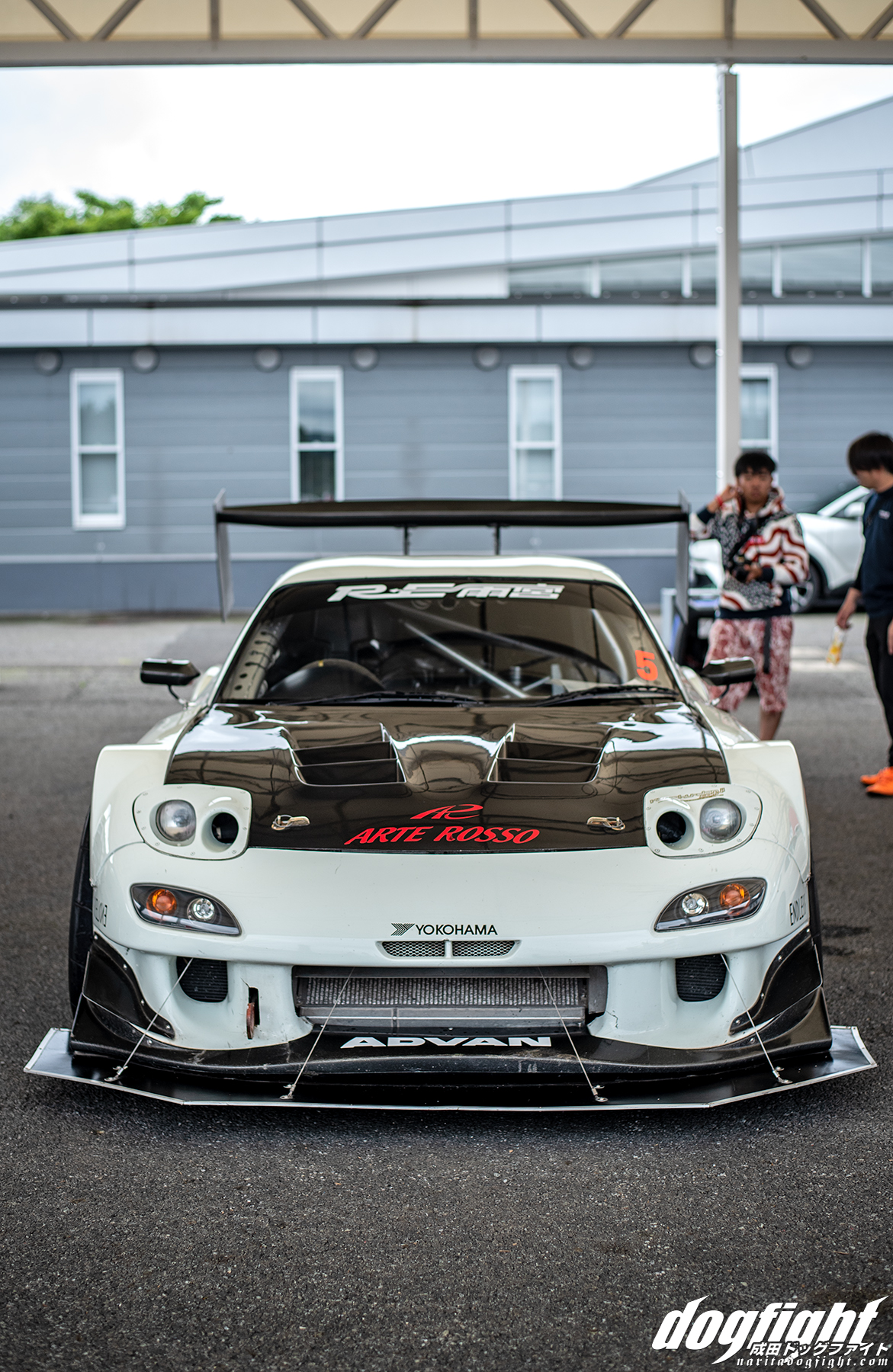 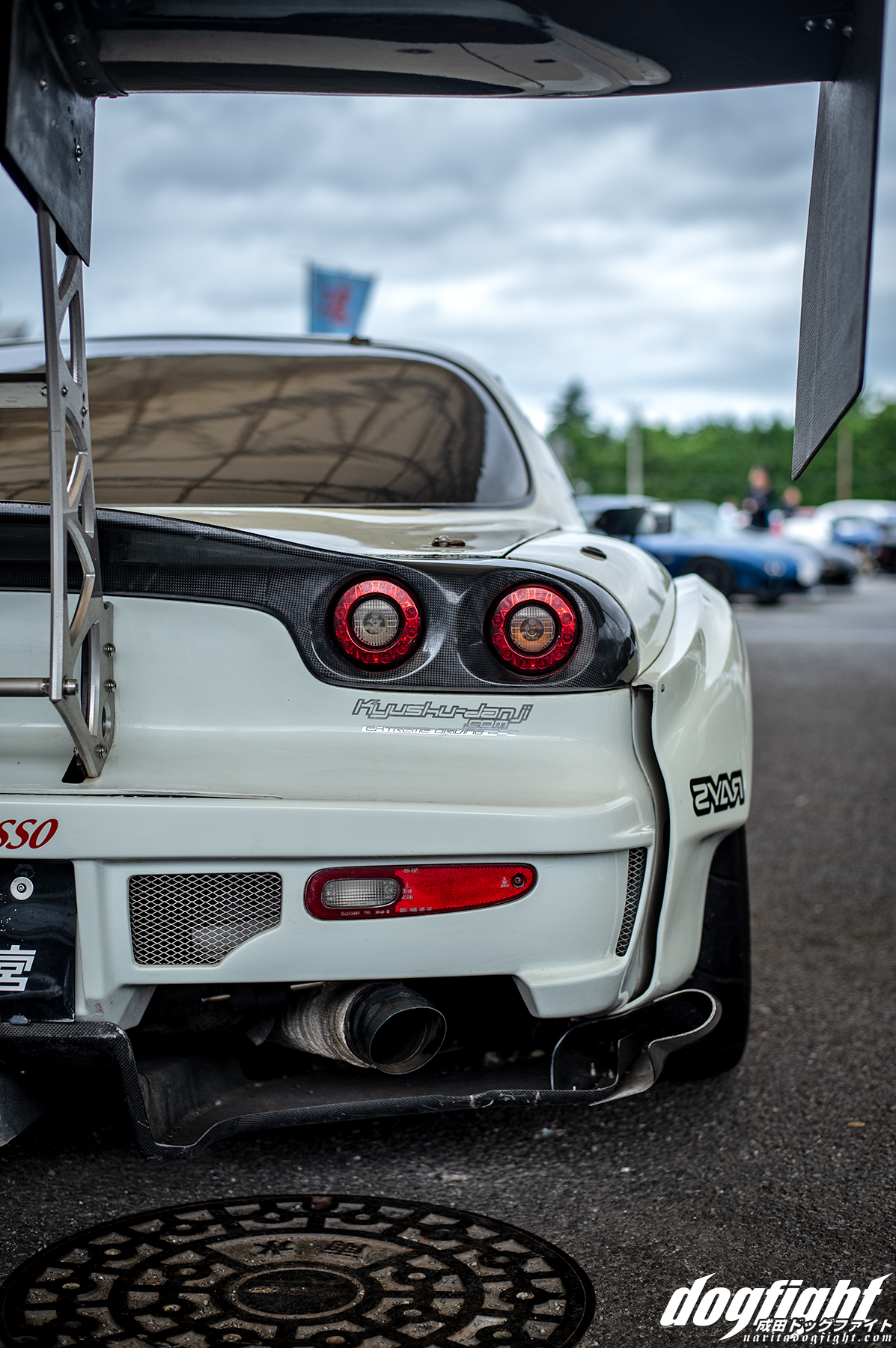 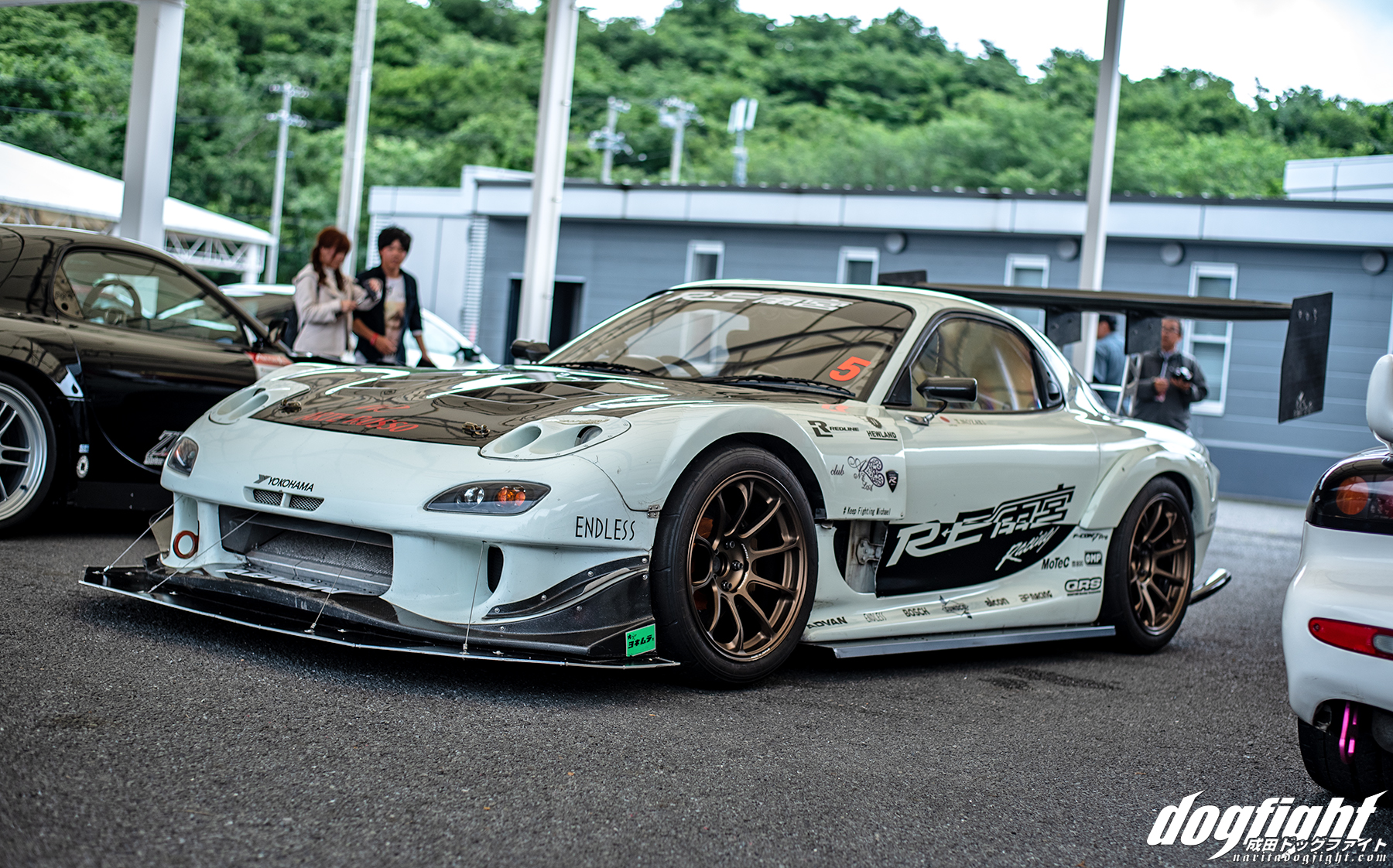 The car has come a long way, as has the driver, from his days on the touge.  As he battles to hit his sub-2 minute goal at Autopolis he is looking at all possible ways to reduce time. He is currently struggling to counteract the pressure drop experienced from the 100R corner to the second hairpin; the elevation changes at Autopolis can be tricky to manage both while driving and mechanically (oil pressures).  I hope to be at Autopolis during the next Super Lap to see Nozaki undoubtedly reach his target.