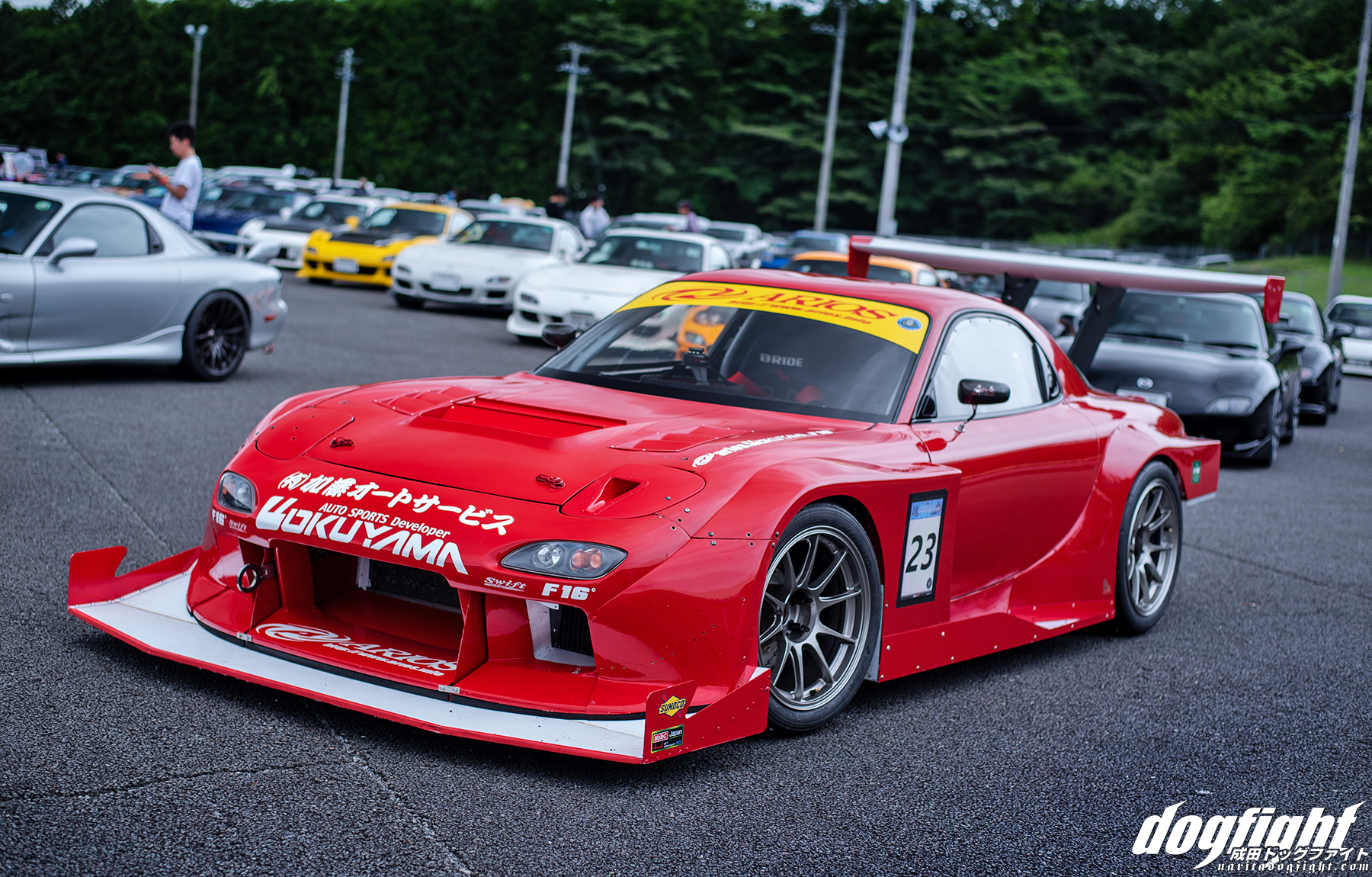 There are a select few cars that, despite my frequency in traveling to Japan, always seem to elude me.  Most of the time it’s due to a geographical hardship, as I’m often in the same parts of the country time and time again.

The other times it’s most likely due to timing or their cars being down for changes or rebuilds.  At any rate, I always keep an eye out for these builds when I travel because on the rare chance I’m able to see them, I’m always up or a change of plans.  Some of them I’ve been following on Minkara or Facebook for years and others I’ve had the opportunity of seeing once long ago.  One of these is Itagaki’s Arios FD3S.

The product of his absence over the last few years comes in the form of a completely, new and overhauled engine.  Over the past few months that started at the end of this year’s season, he’s been slowing testing and adjusting the new setup to his liking.  He built the engine entirely himself inside his garage on the snow-covered outskirts of Yamagata.  The engine is mildly tuned, as he wants to complete as much of the car on his own, and he doesn’t have the equipment to process the ports of the rotary engine.  The turbos have been swapped out for a single T04S turbo giving the car an output of about 430 horsepower at 1.2 bar; not bad at all.

Custom N1 dampers with 25K/29K rate springs and an array of Sard and Super Now spherical suspension components help manage the car around the circuit.  A custom 23-point roll cage was completed by Okuyama Corporation to both protect Itagaki, and stiffen the chassis.

The one-off widebody was custom built by Itagaki himself with the help of Hirokazu Suzuki of the Koriyama City based Car Life Produce ‘Arios’ (yes, the same Suzuki that drifts the yellow F360 Modena).  Arios also took care of the overall tuning of the motor.

I was lucky enough to see the car at Fuji Speedway during the Rotary Spirit show, and even luckier to get the chance to talk to Itagaki again after so many years; happy to say he’s just as enthusiastic about the car as ever. 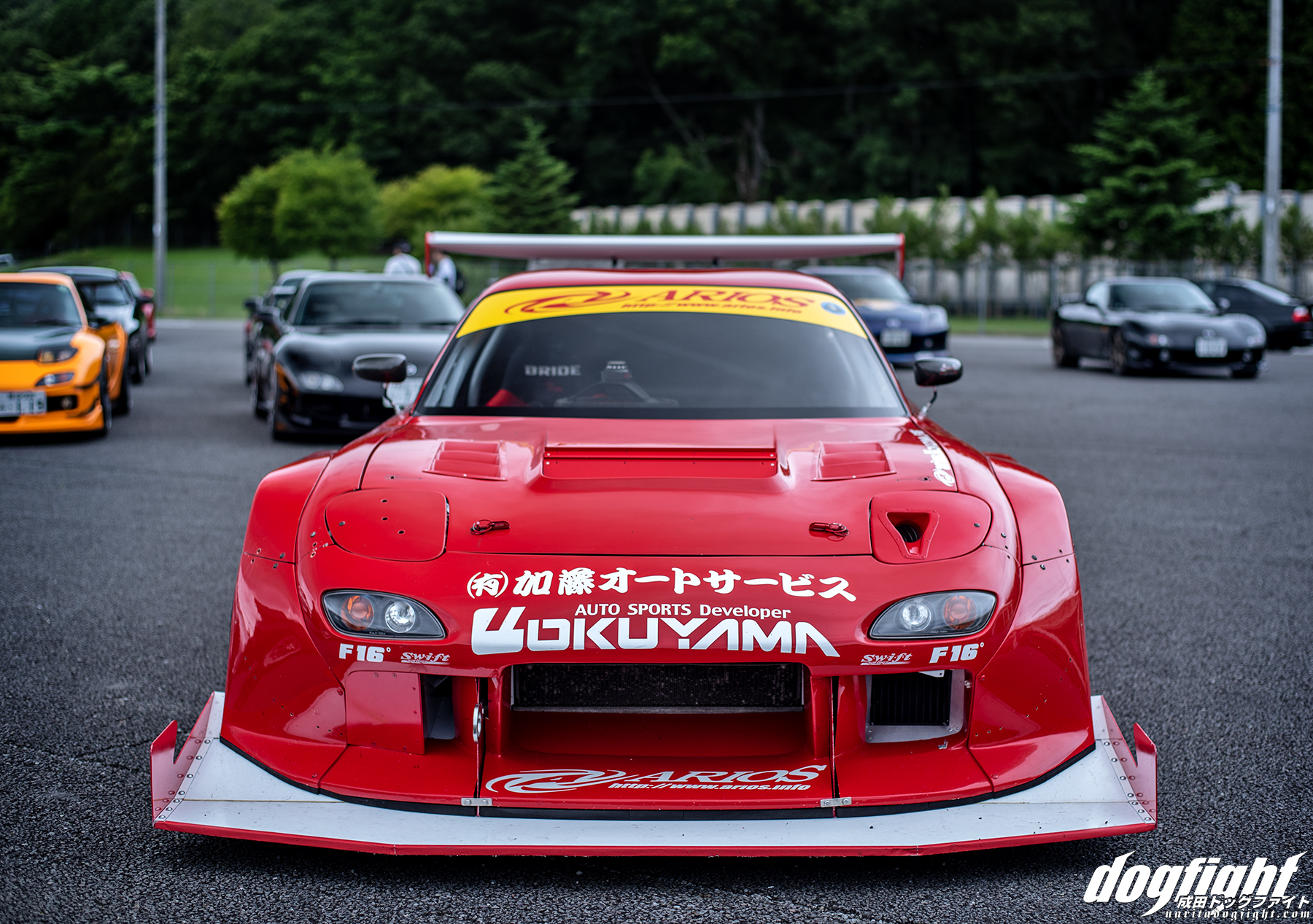 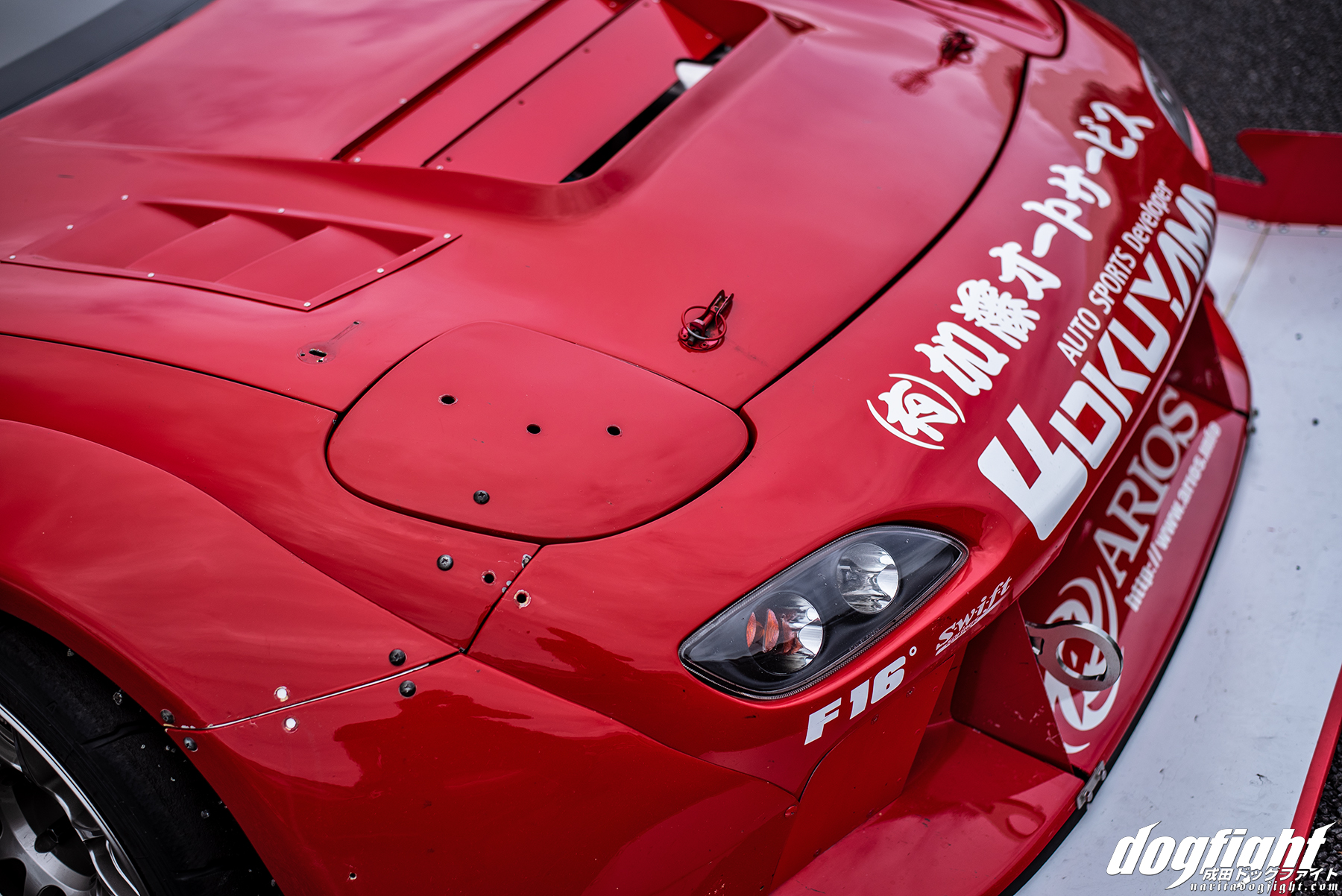 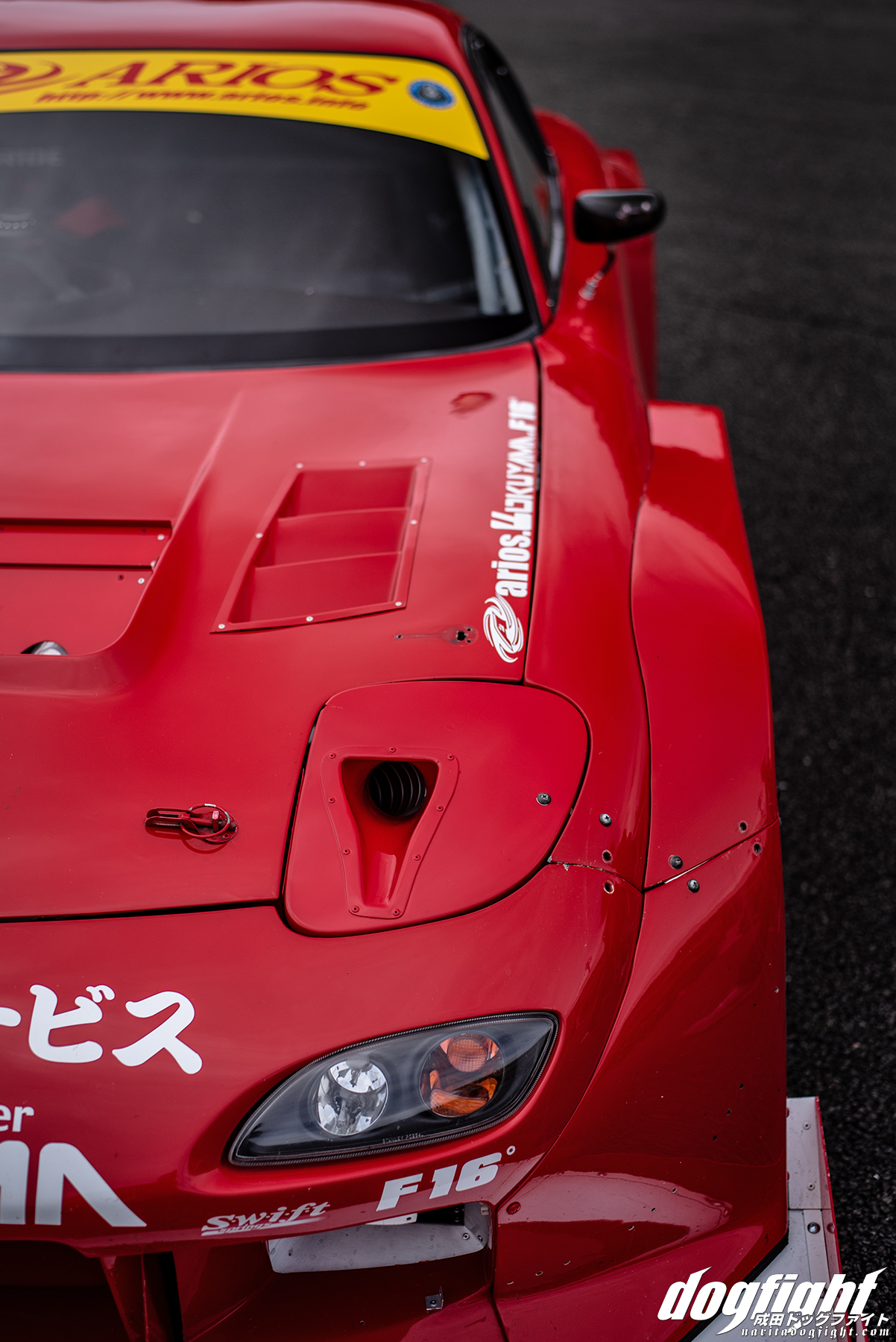 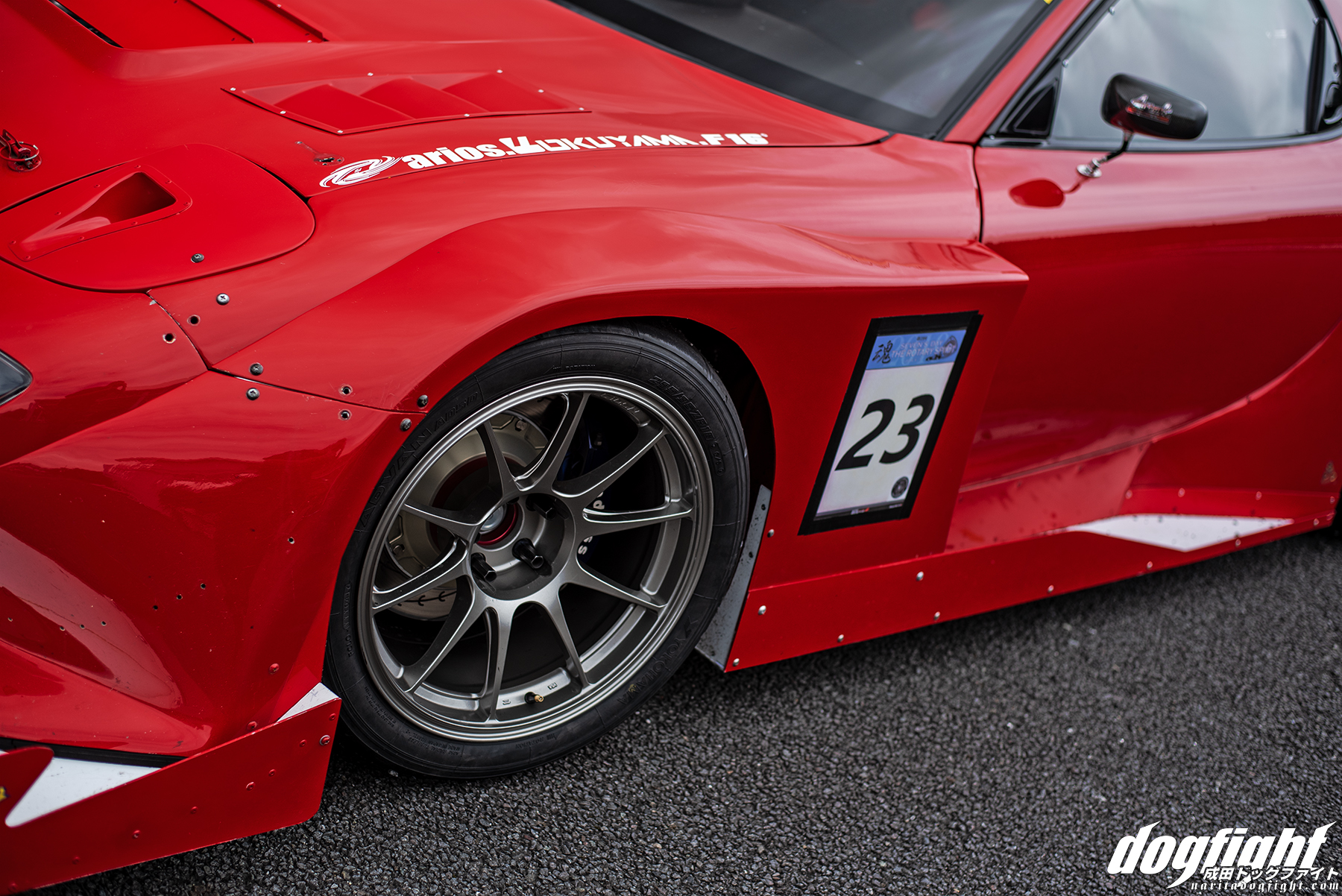 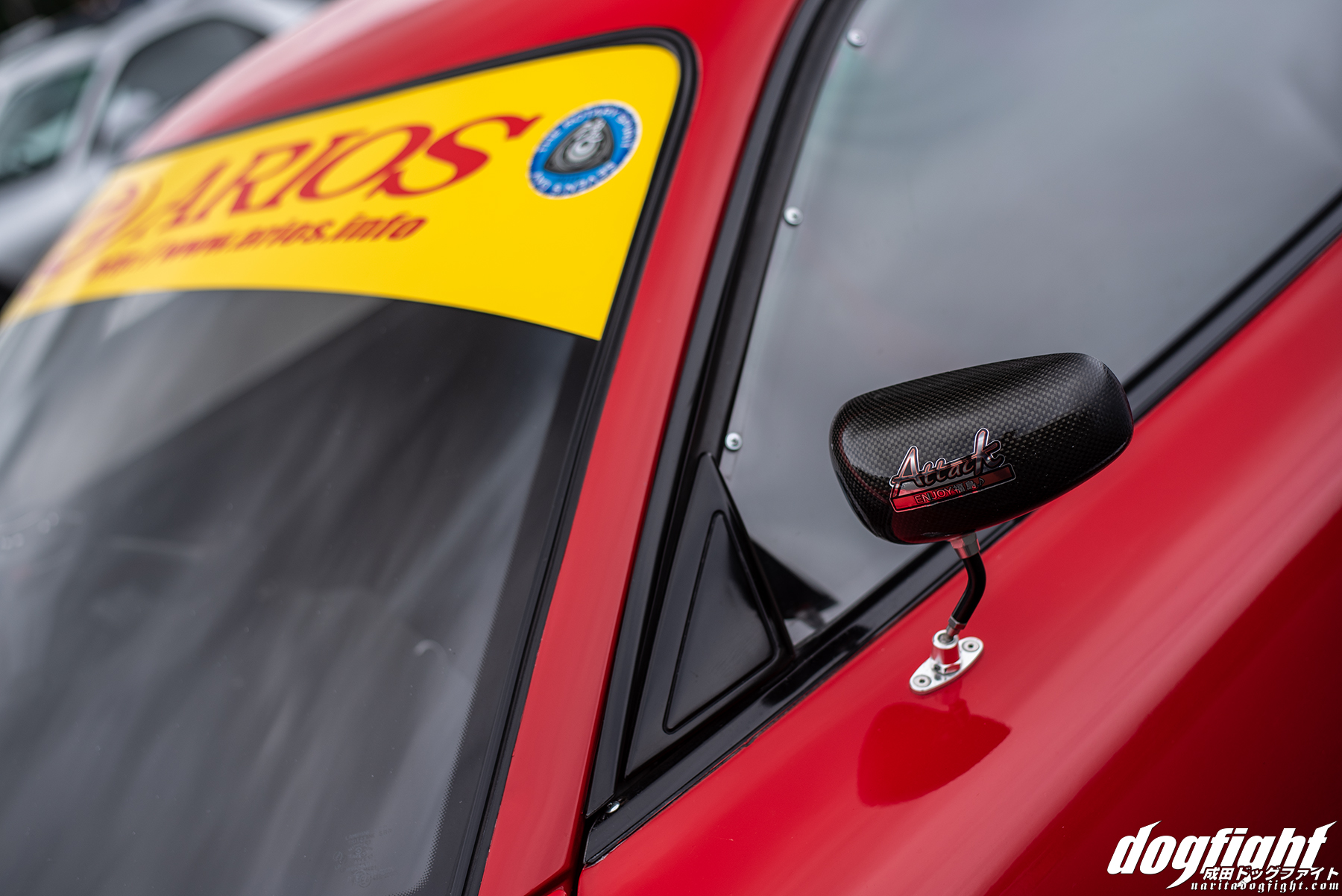 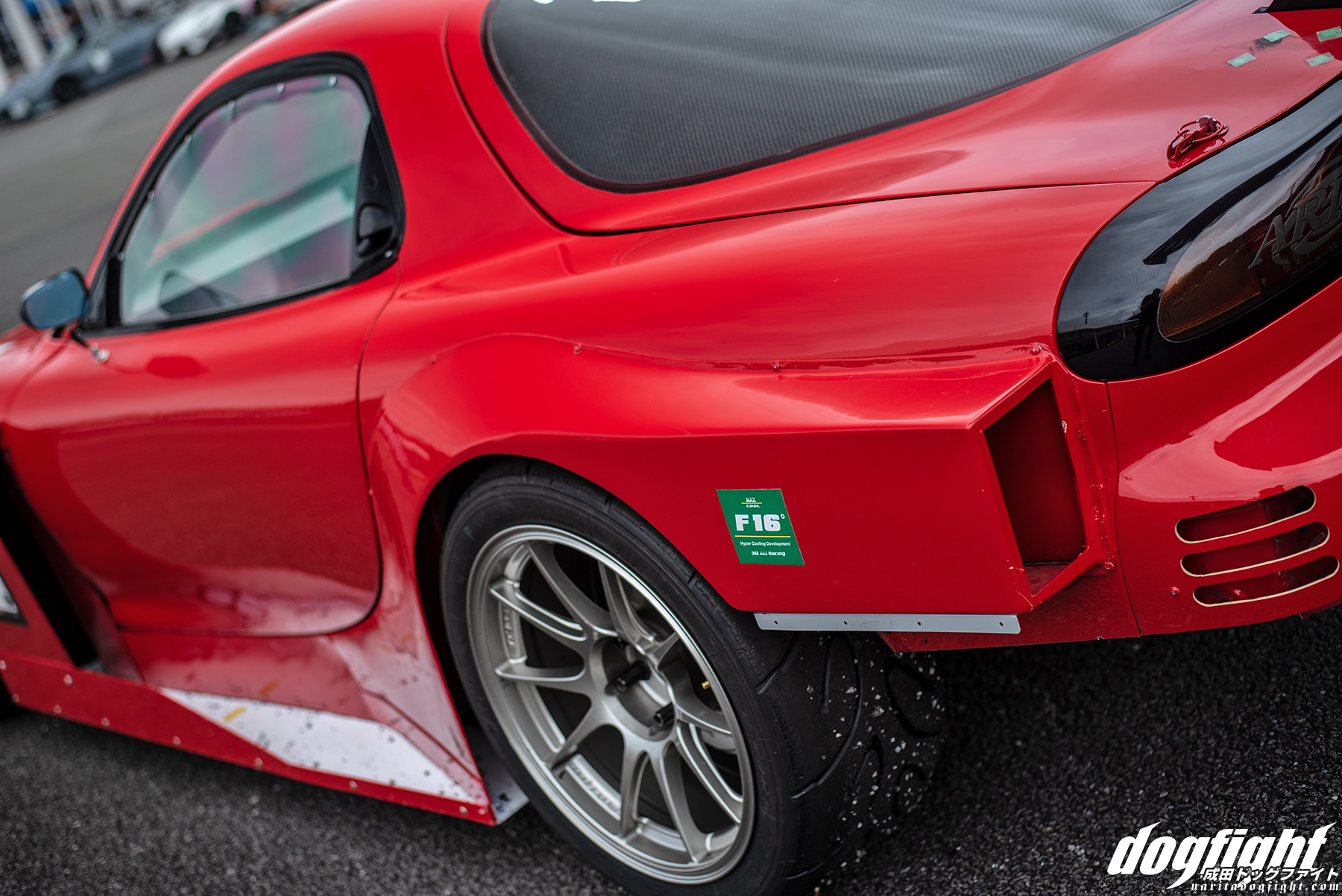 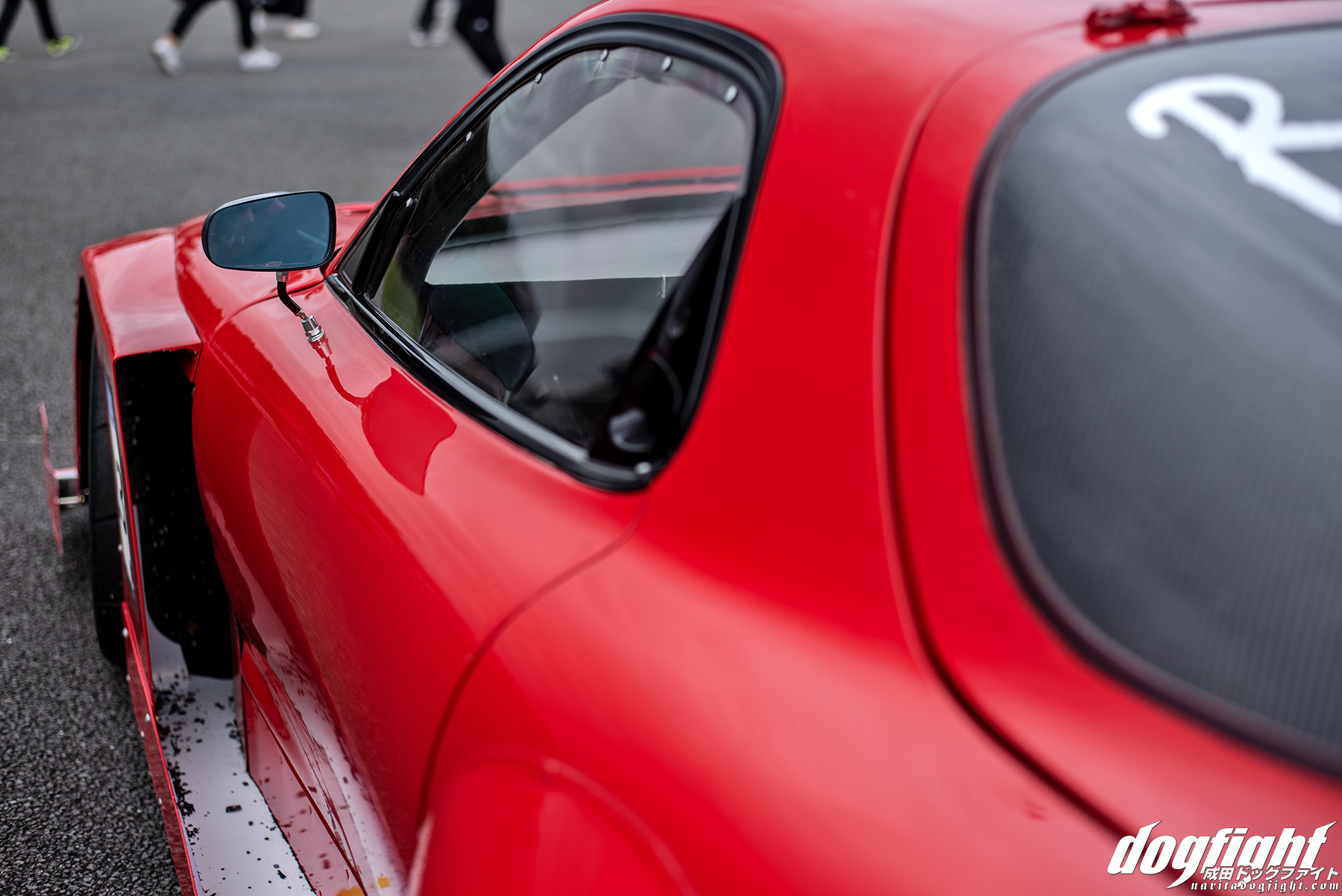 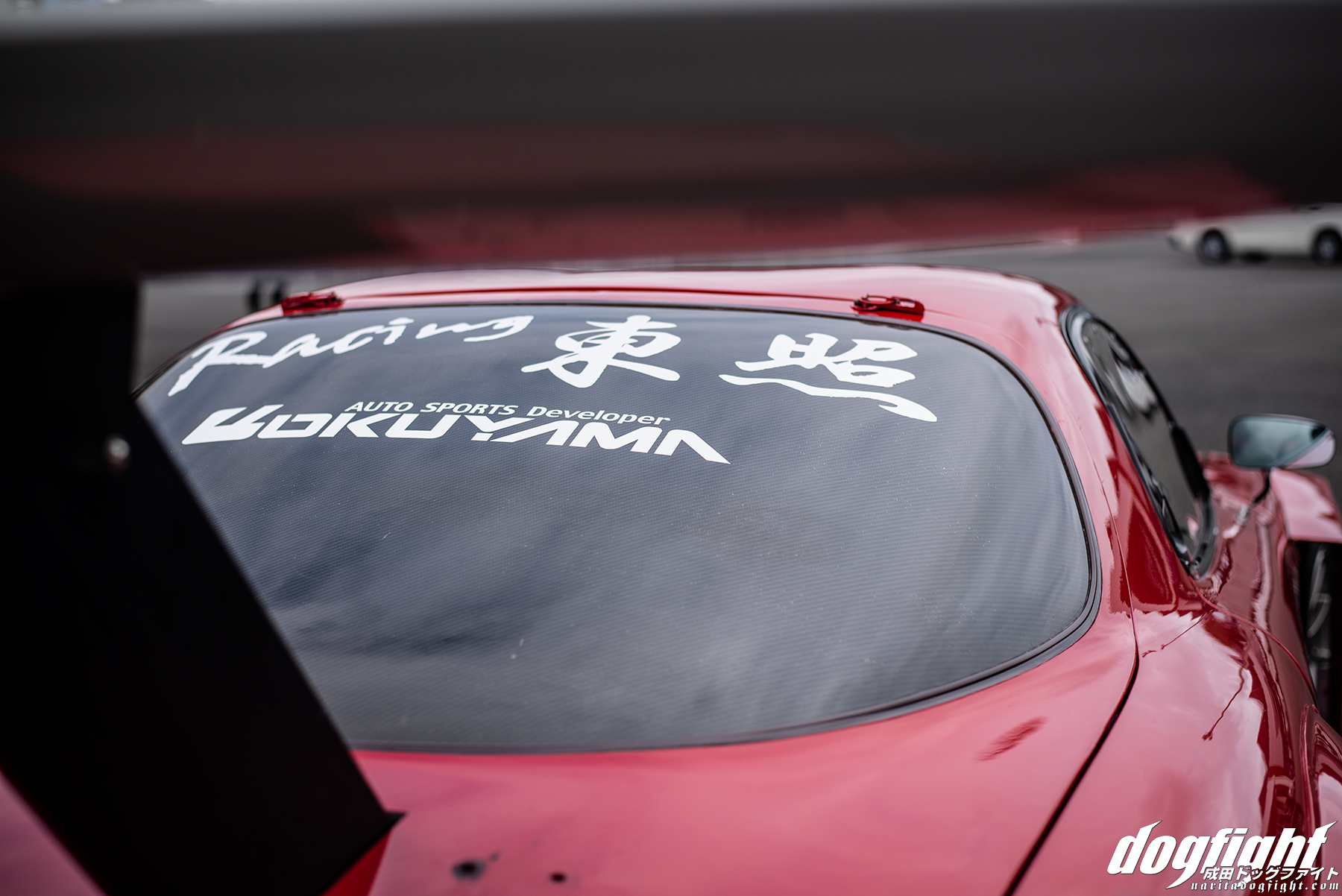 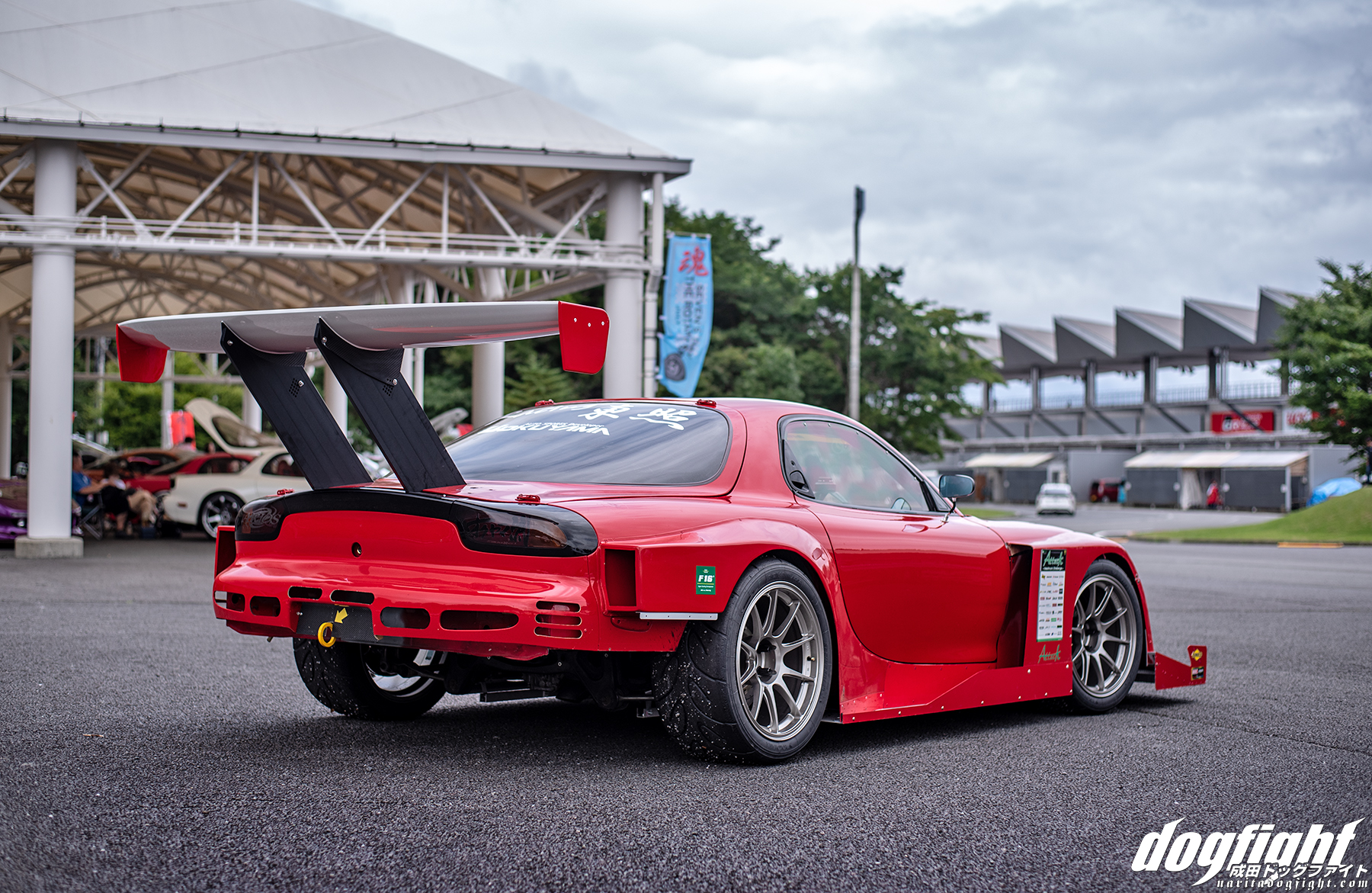 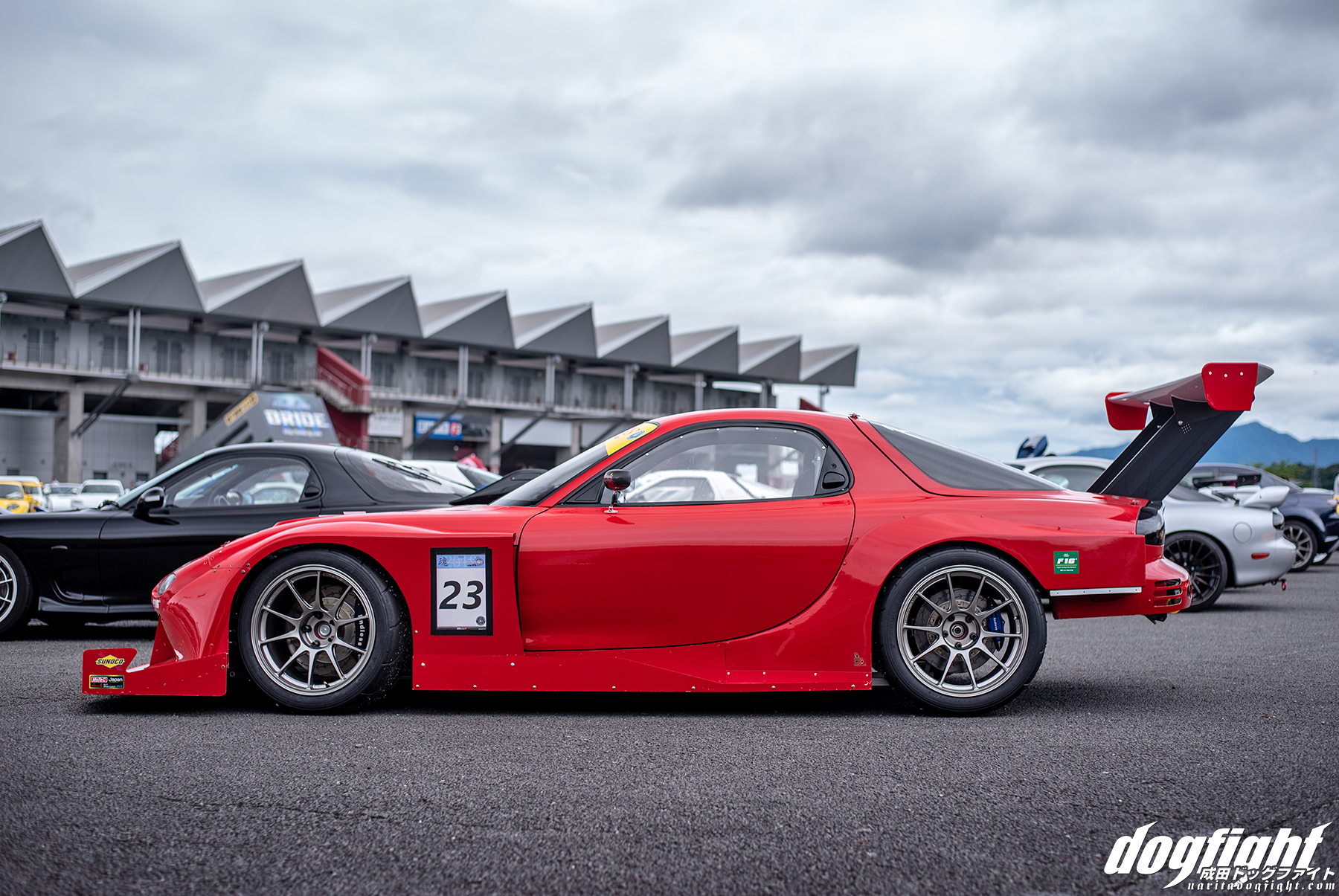 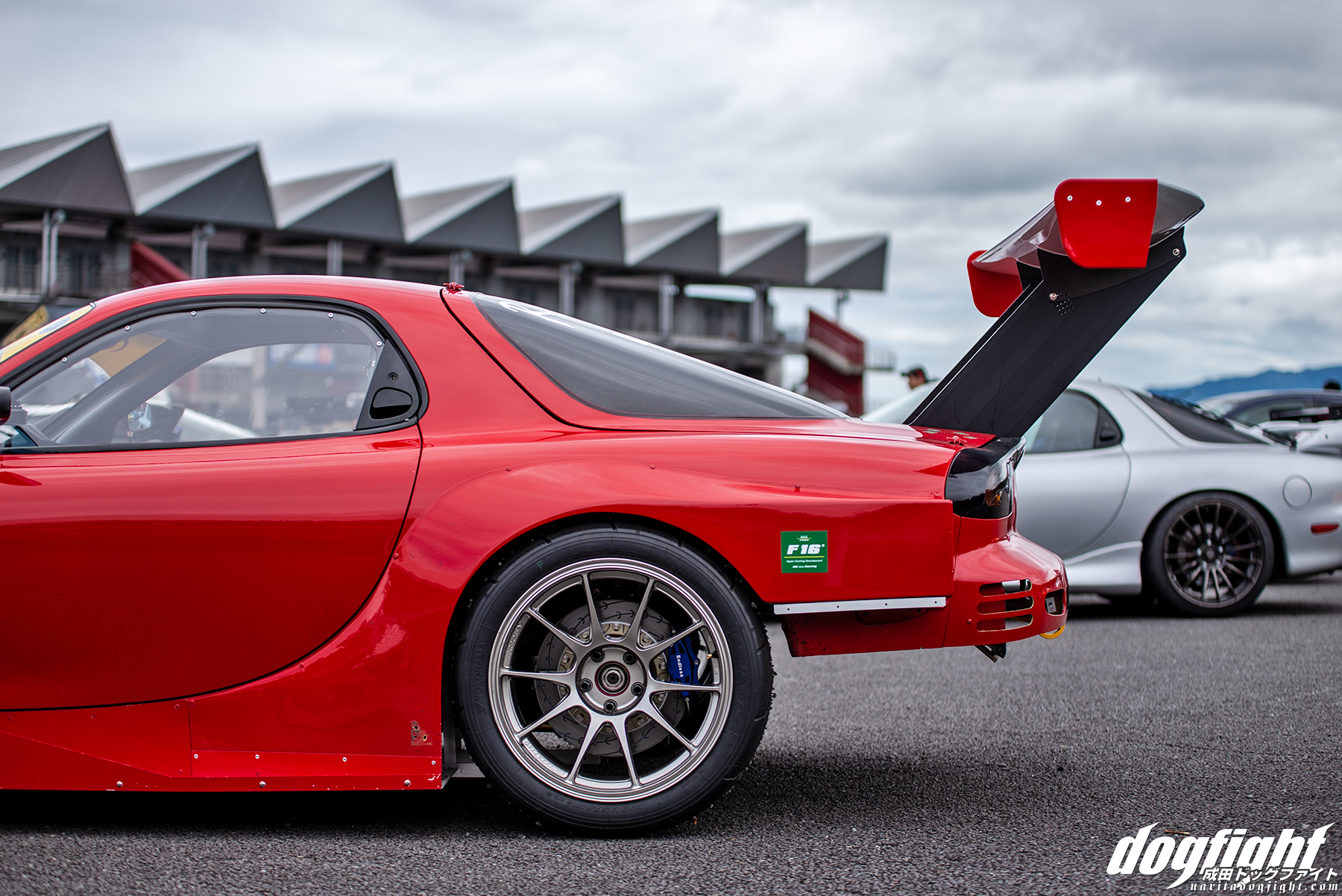 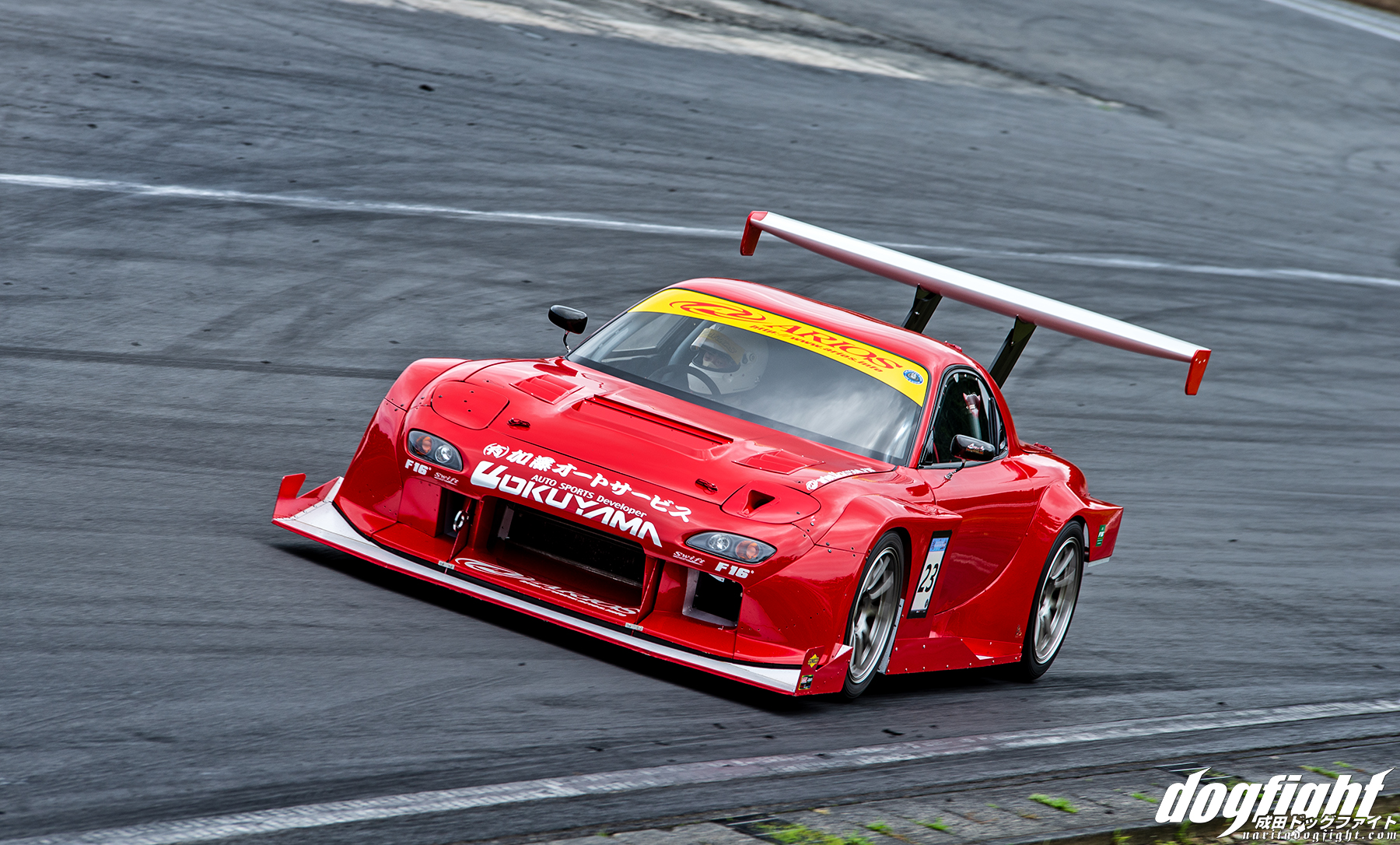 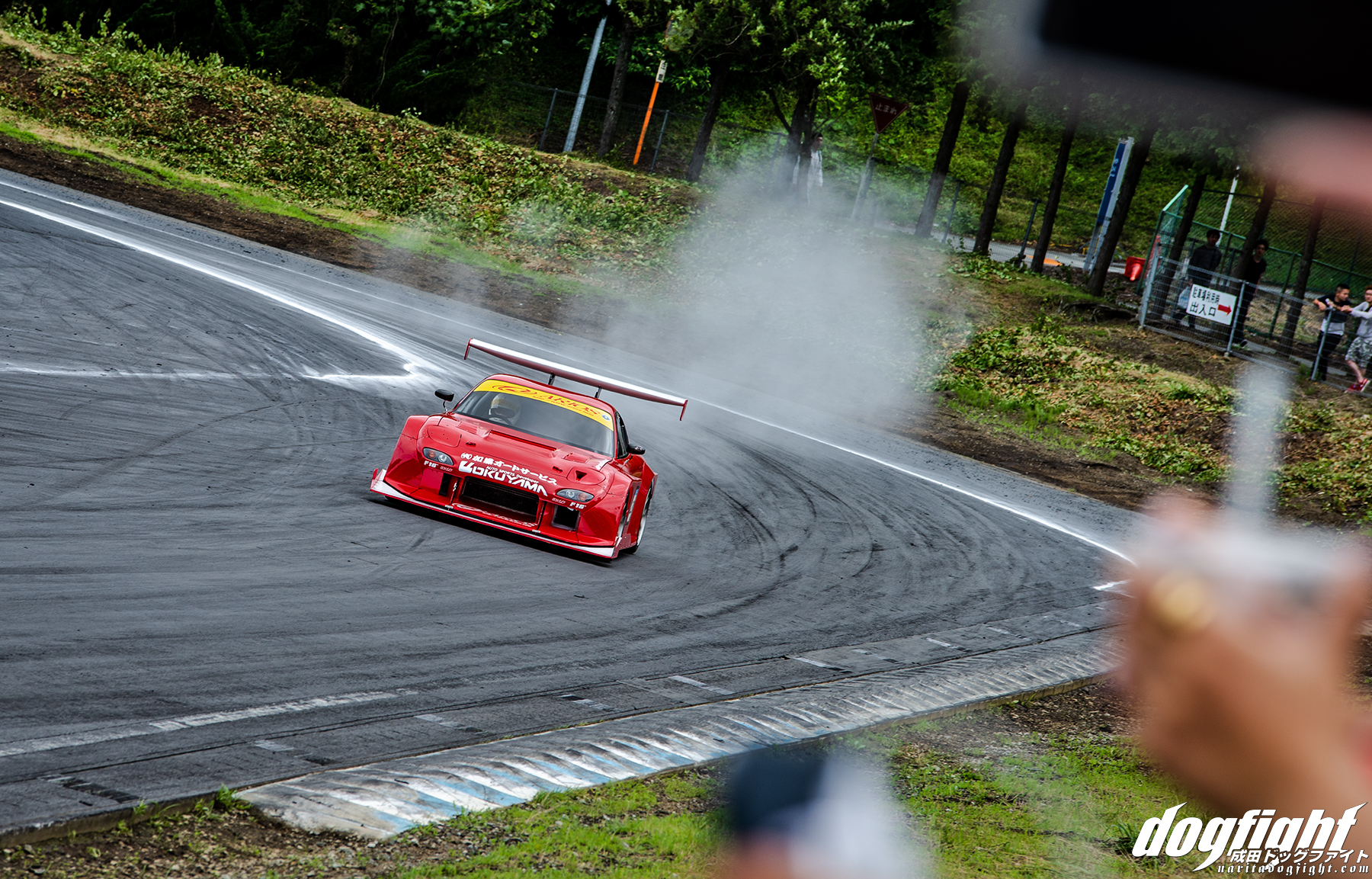 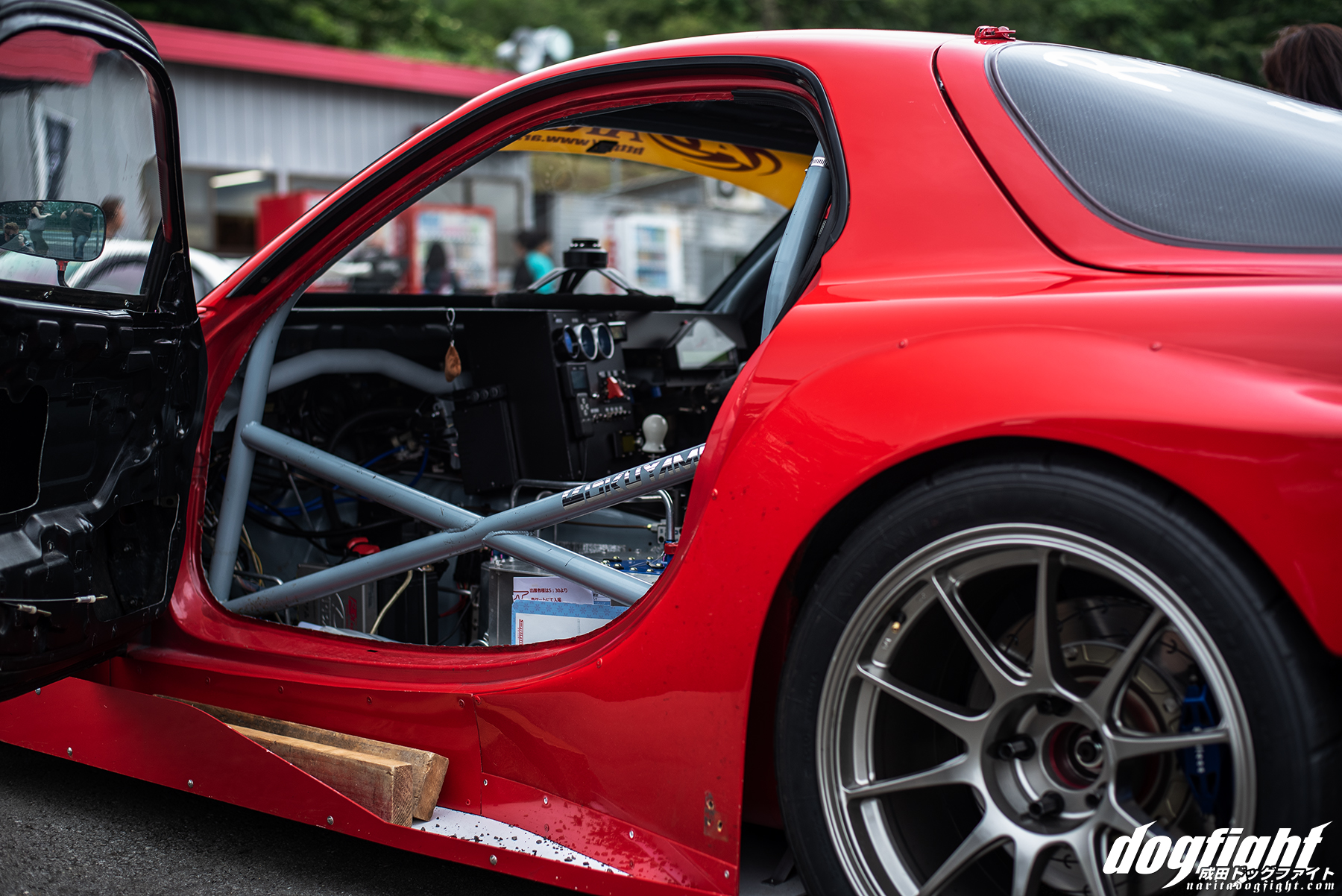 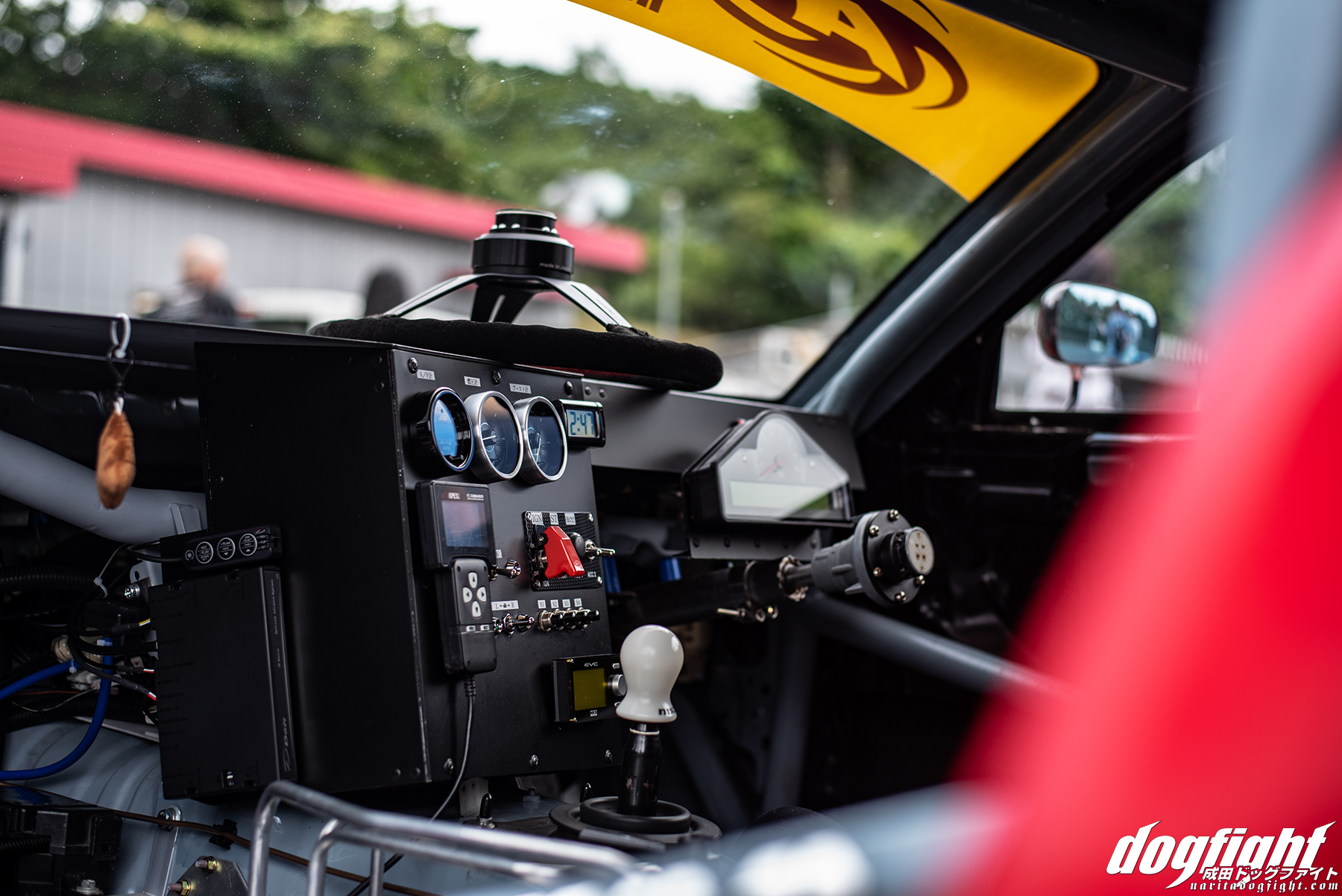 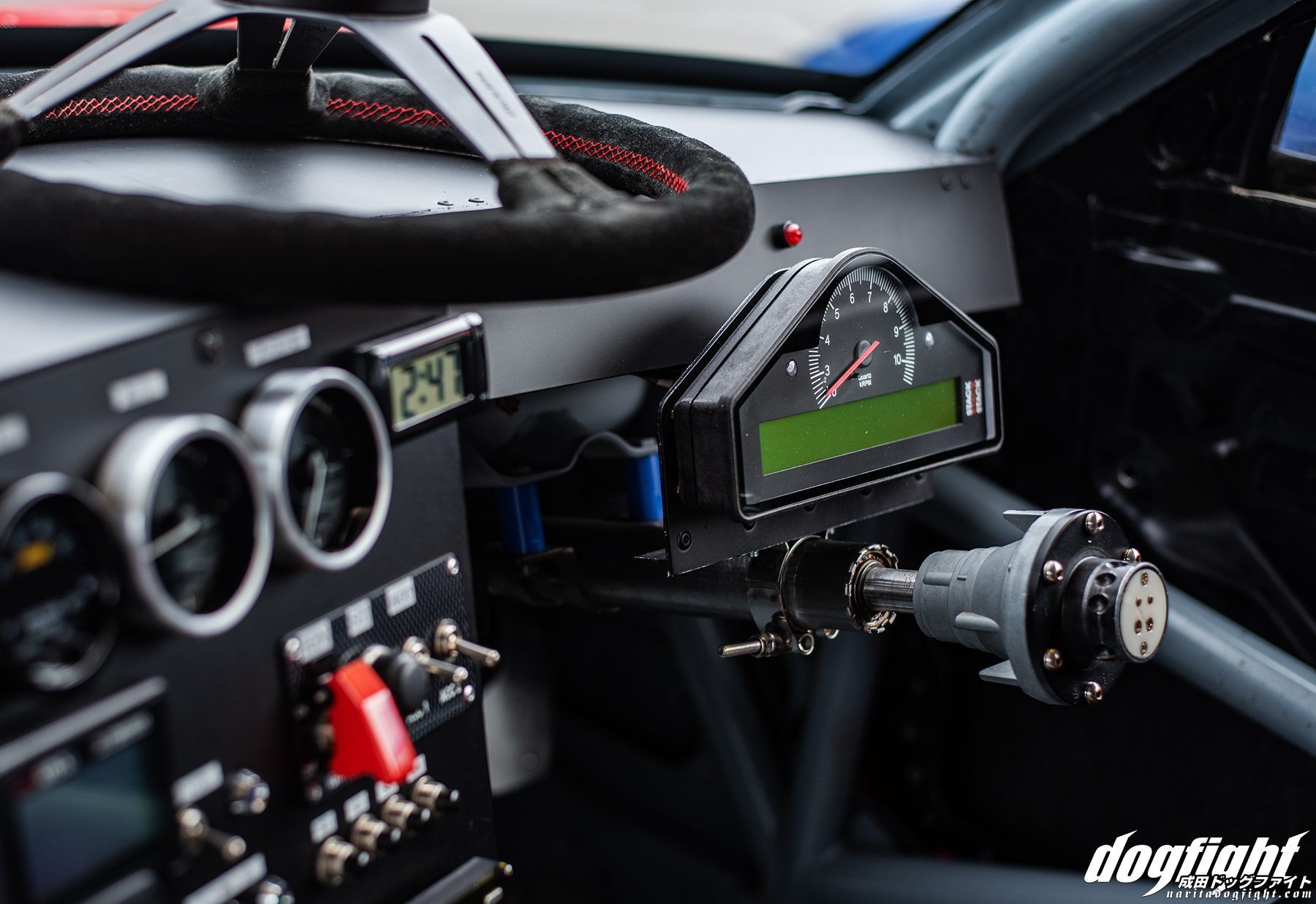 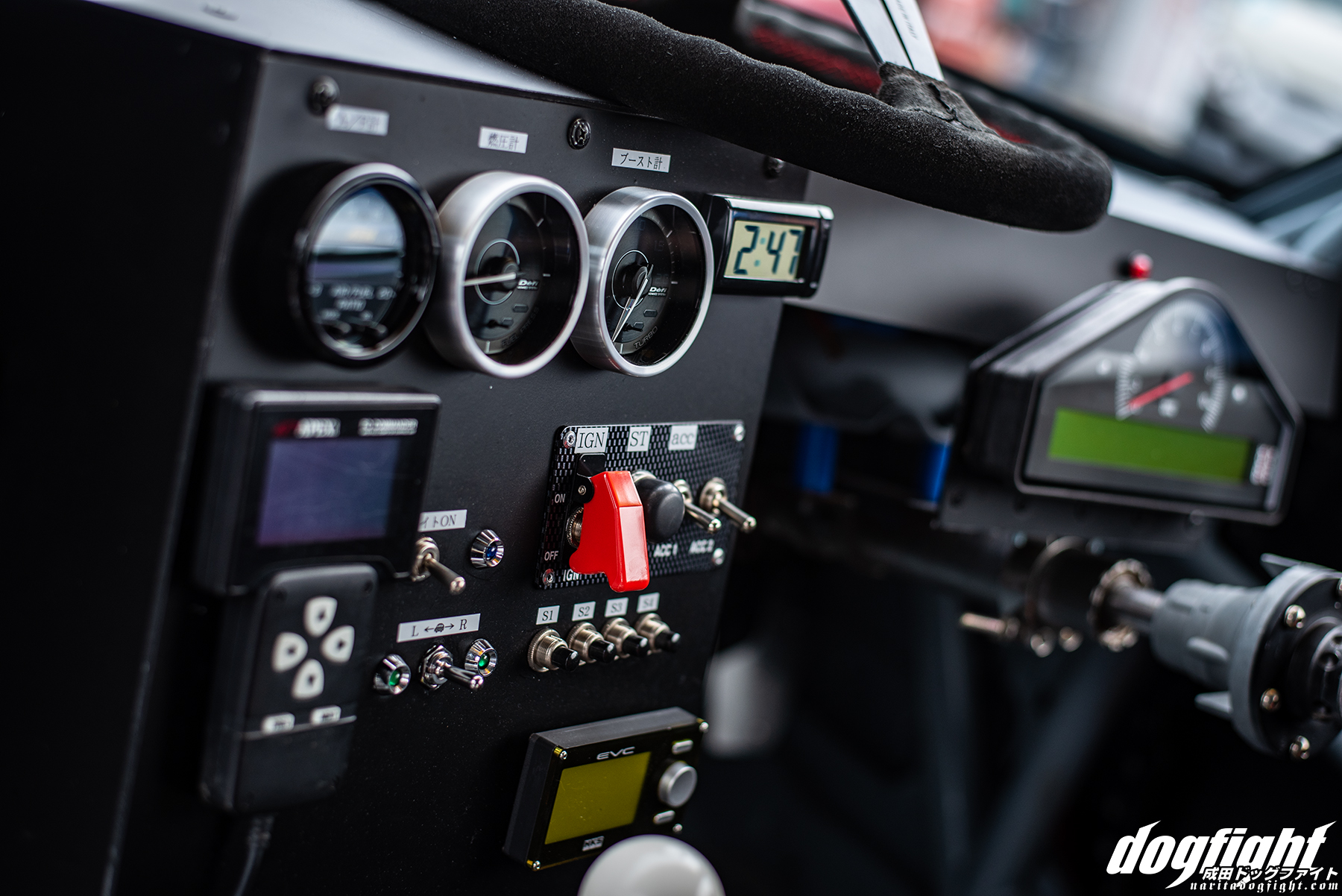 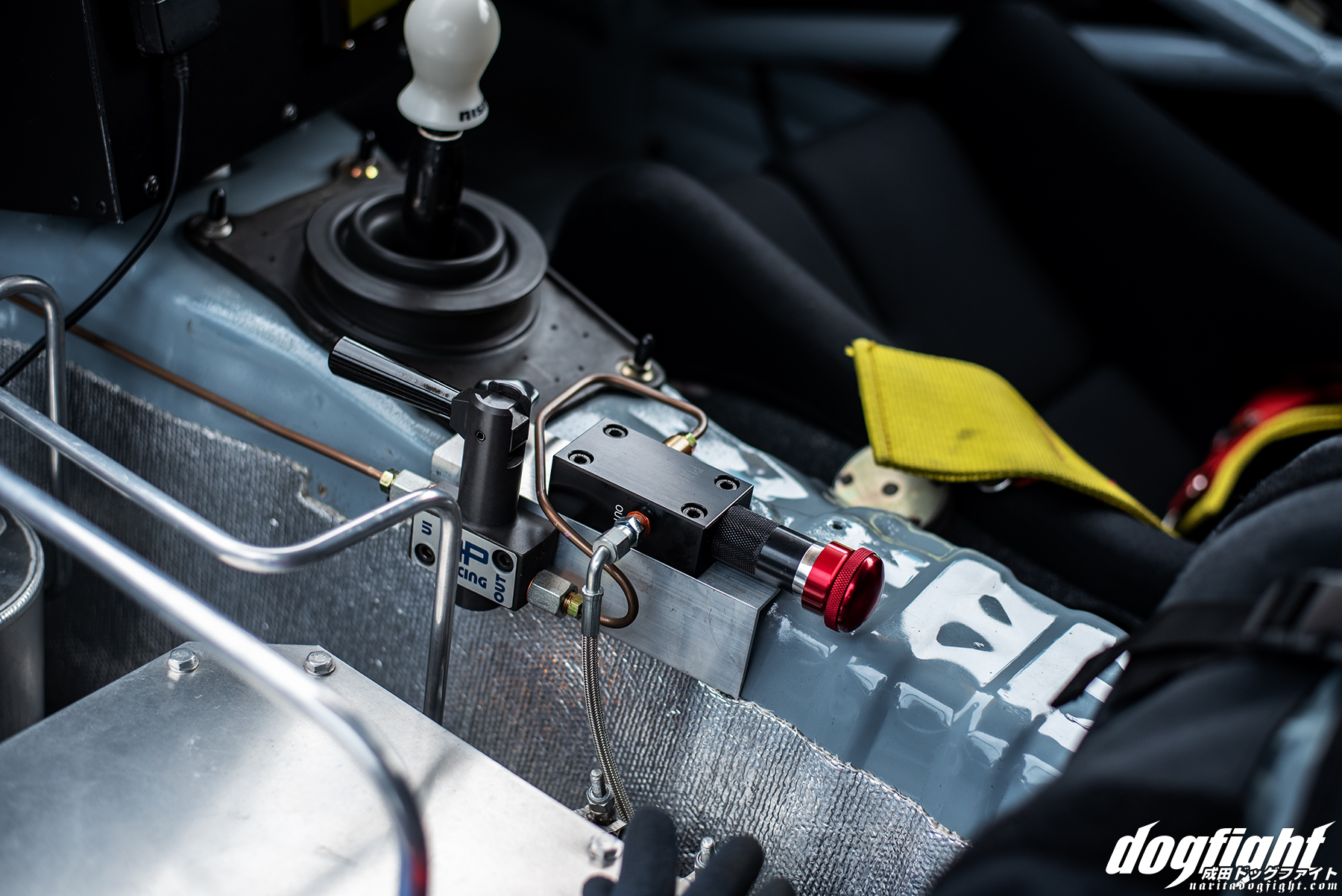 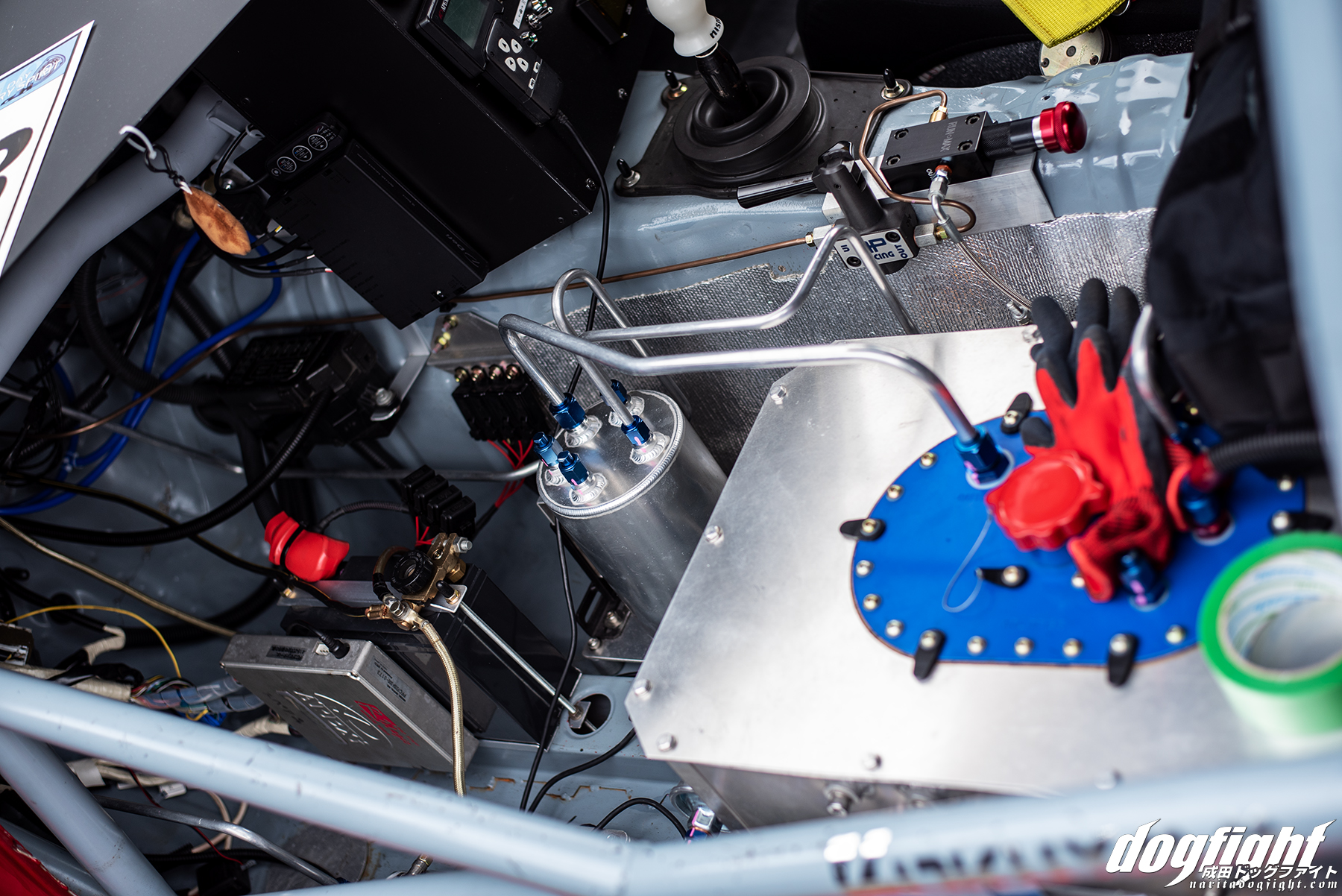 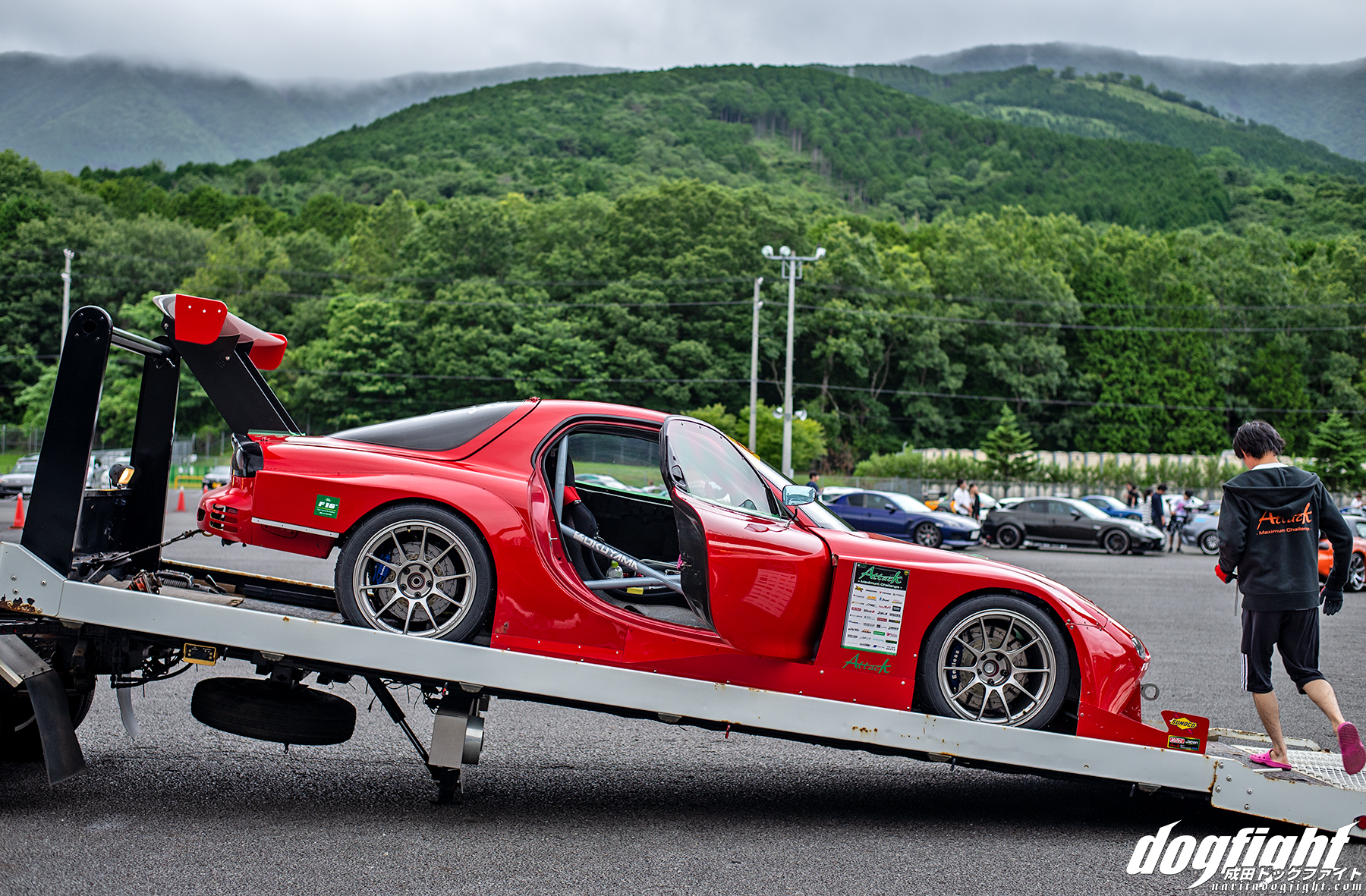 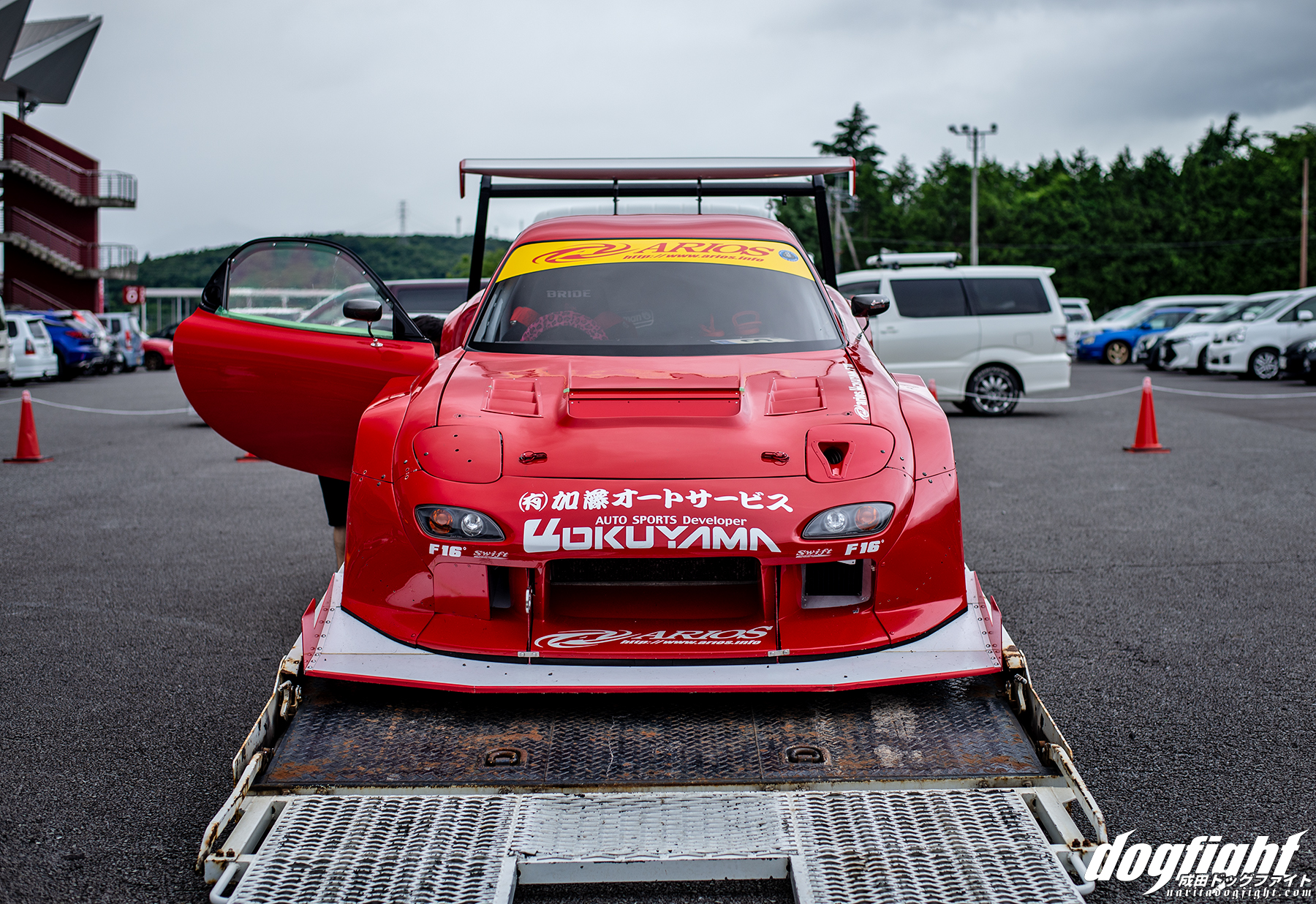 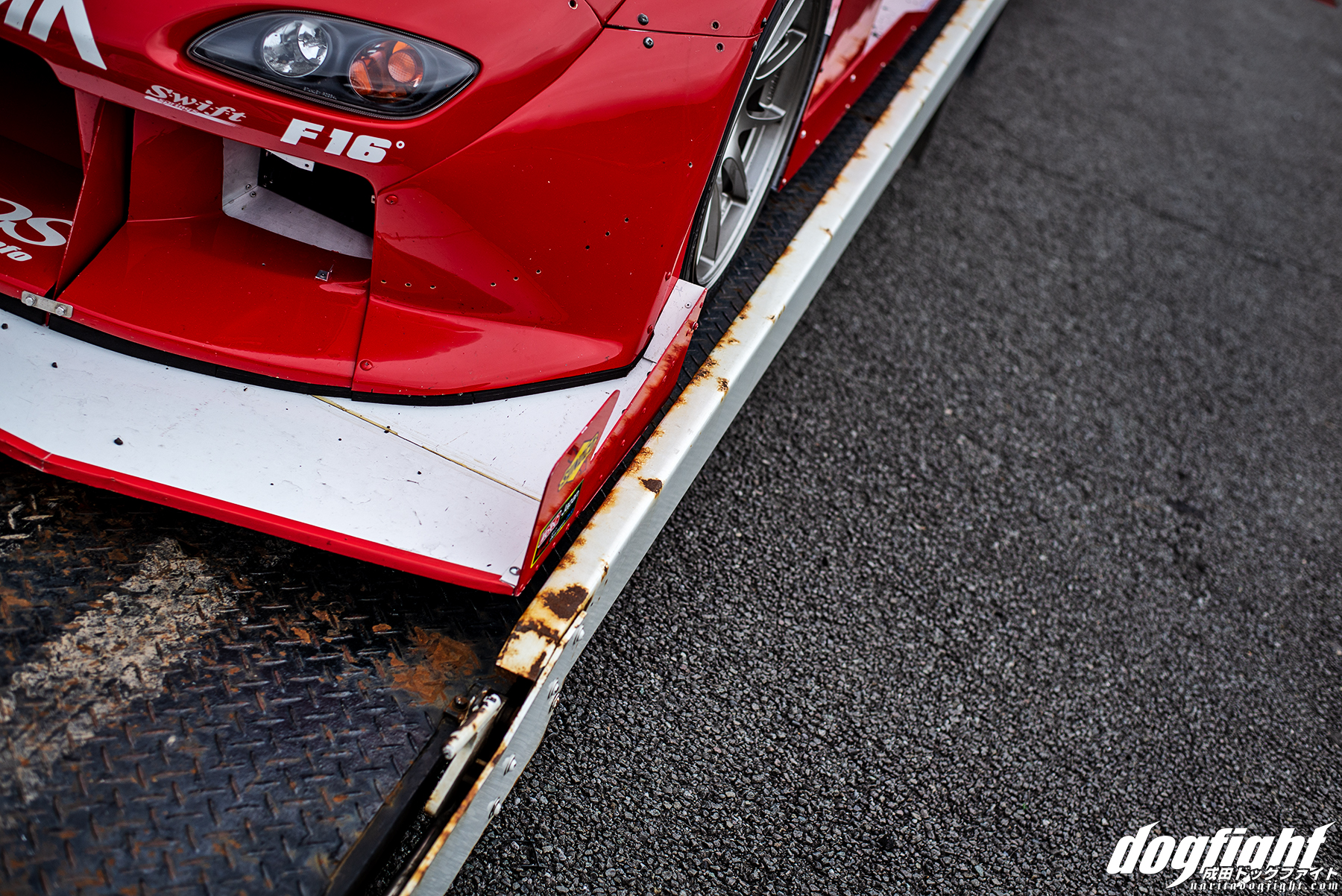 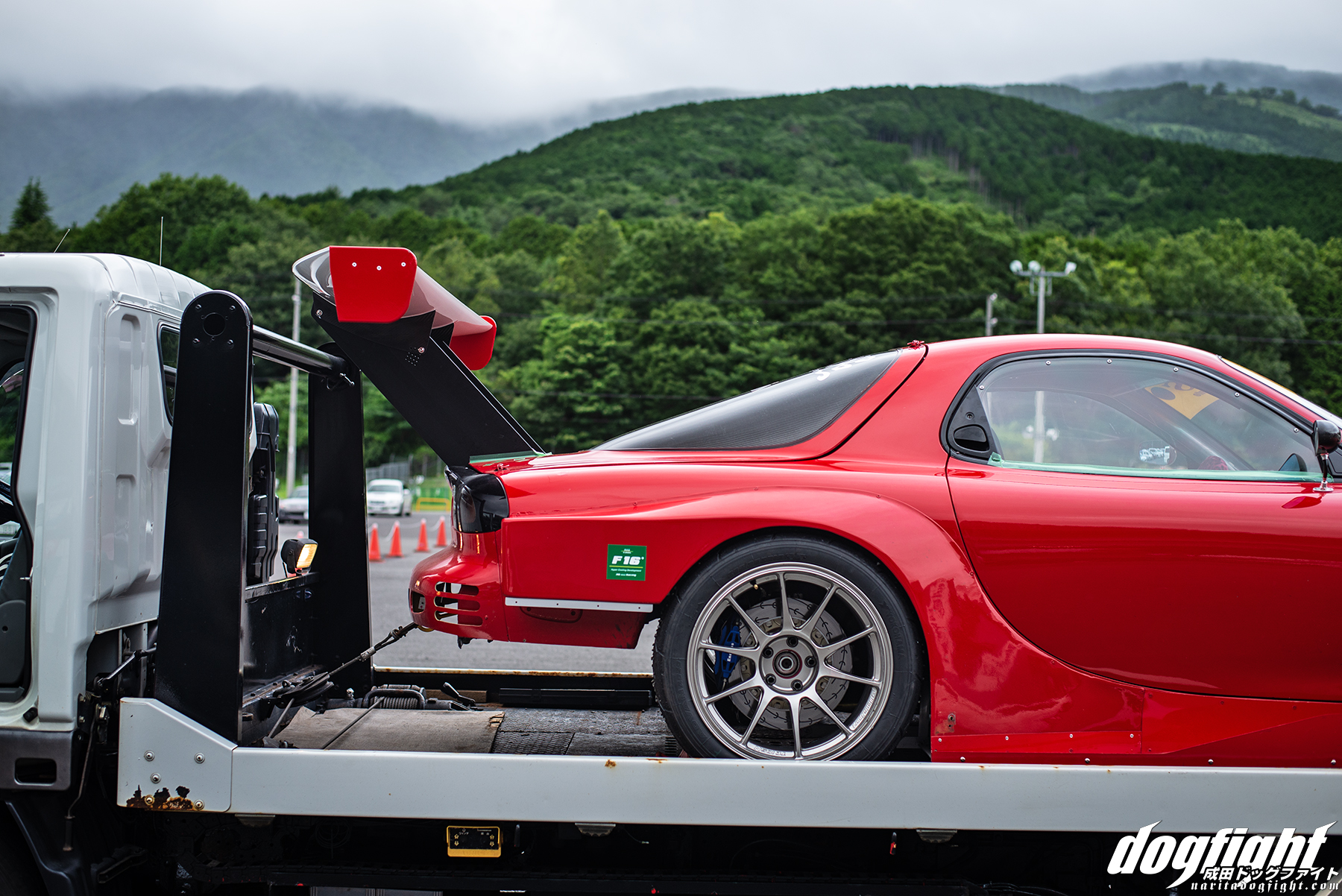 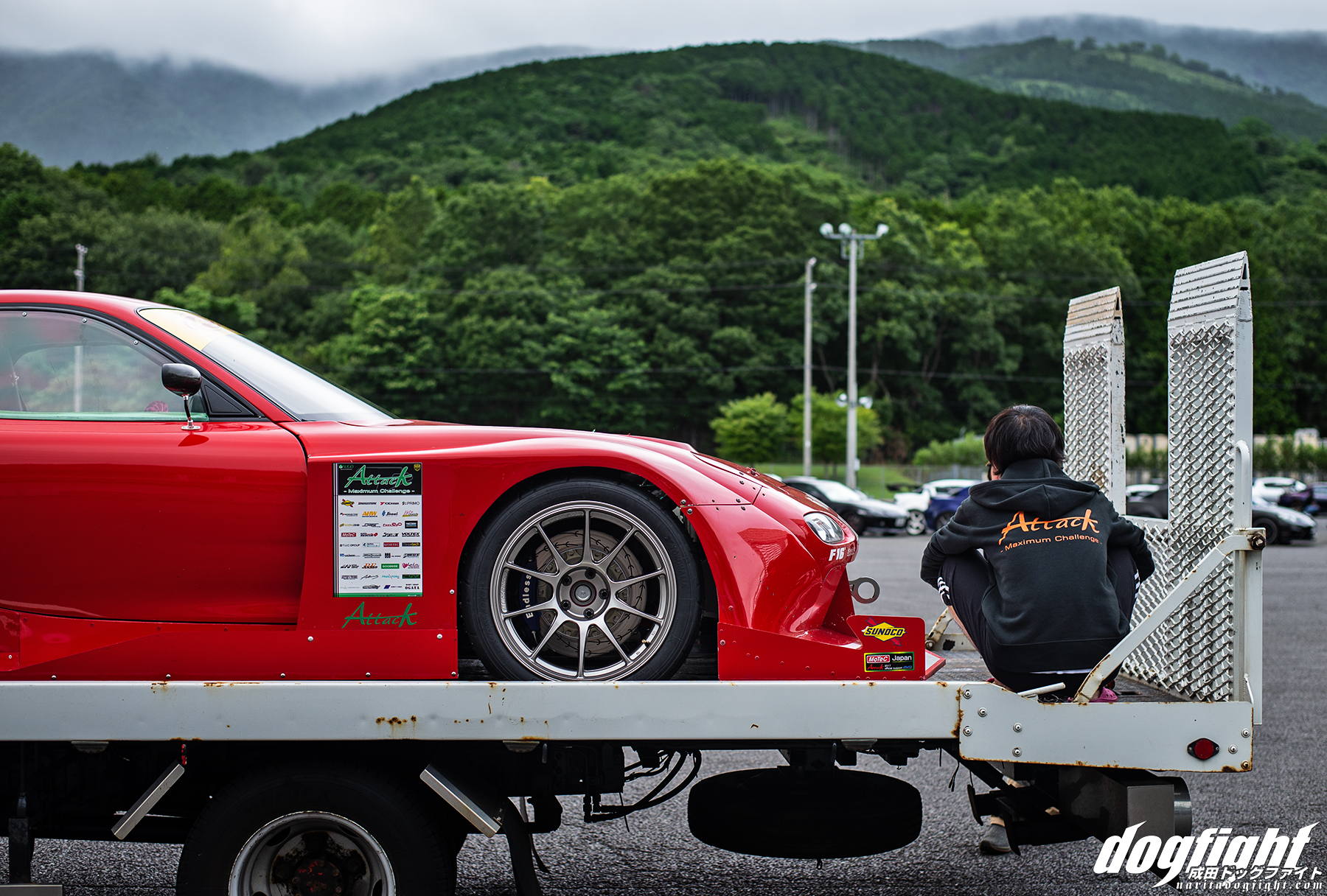