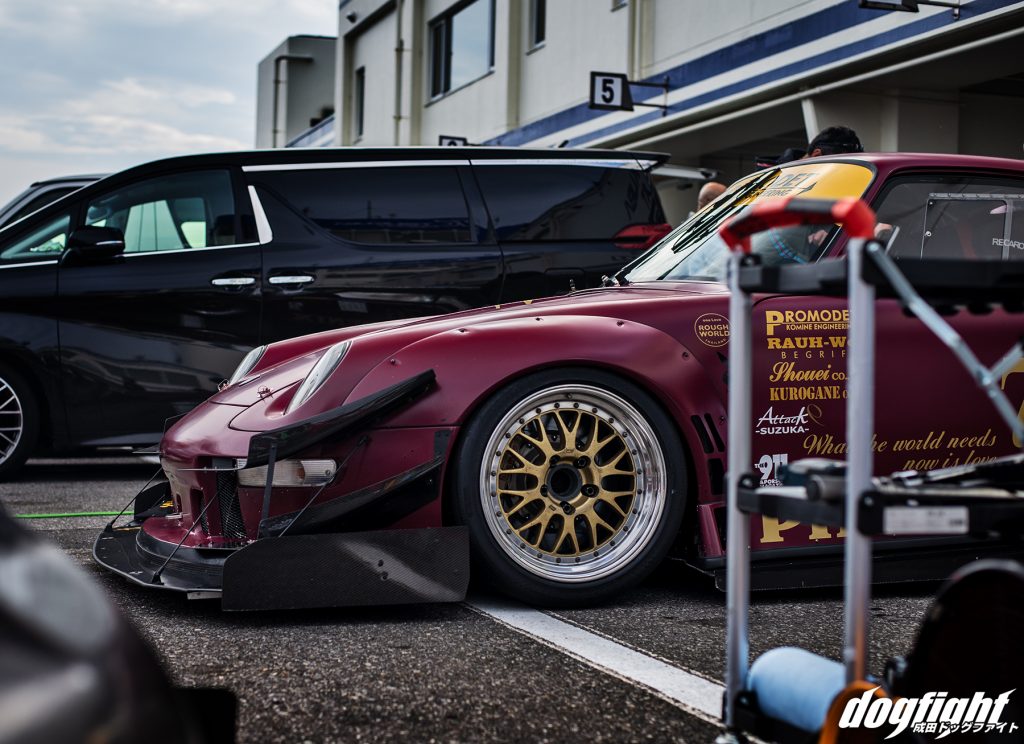 It’s always enjoyable when we get to see a variety of car makes at race events across Japan.  And while it’s true that domestic built cars dominate the circuits of the island, every once in awhile we’re treated with some love from Europe.  Among them, it could be argued that none are more iconic than the cars from RWB.

There’s always been this huge variance between how RWB Porsches are perceived in Japan versus elsewhere in the world.  Most people have the impression that the only place they really get put to use is in Japan.  All that really depends on what the owners personal reason for building them is and, speaking honestly, I’d prefer not to get into that right now (or ever).  Whatever your stance on the matter may be, there is no arguing that Matsumoto’s 993 build, ‘Phoenix‘, is counted among the RWB builds that spend most of their days on the circuit. 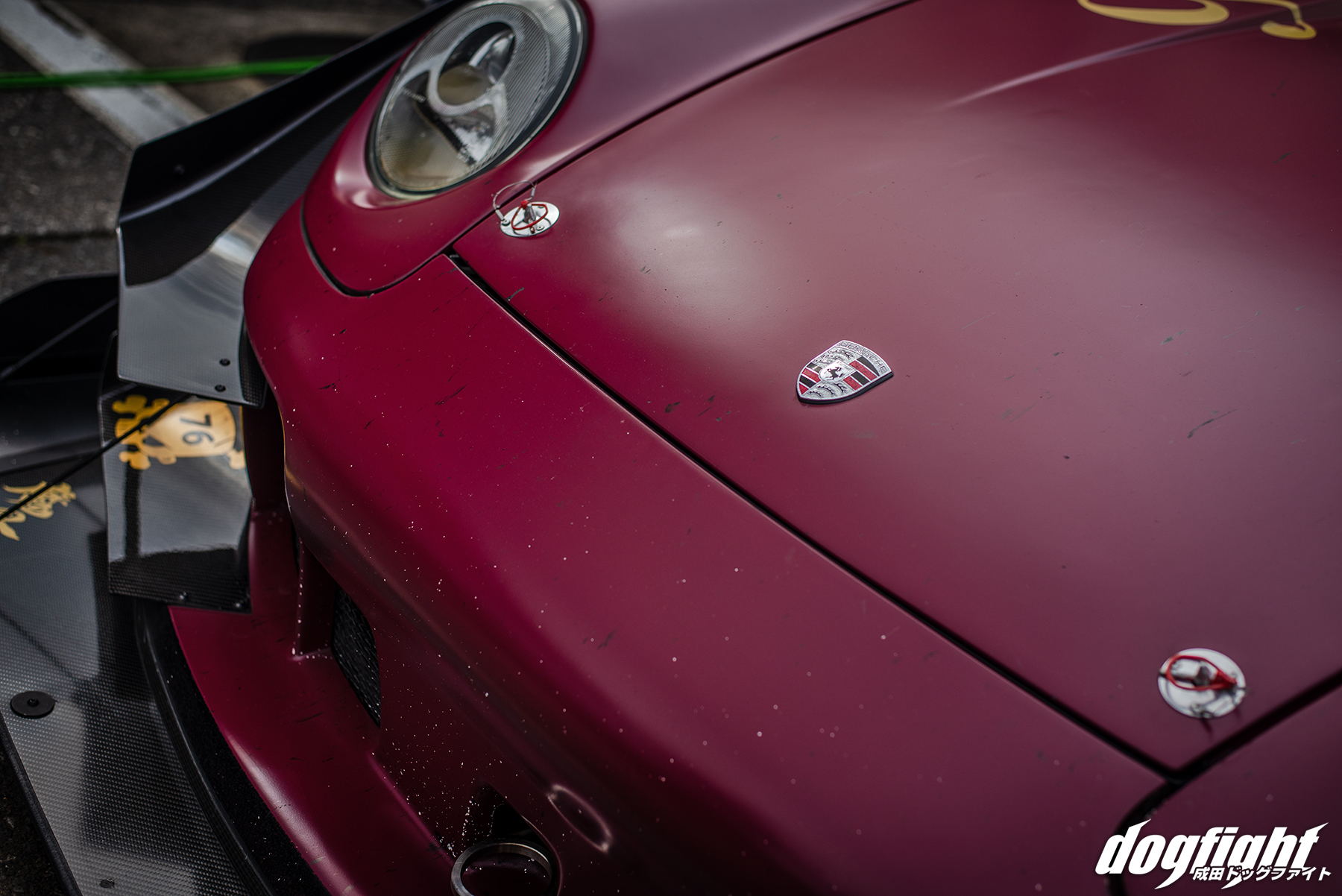 The latest version of the car, which made a strong showing at this year’s Attack Tsukuba event, is the most evolved it has ever been.  With an upgraded aero package made in conjunction with Voltex, the car finally has an exterior to match the car’s meticulously built motor.  I was lucky enough to get to see this revised build at Suzuka earlier in the year, but I wasn’t able to get to spend too much time looking over the details.  Fortunately, my friend Yoko was enjoying the festivities at Tsukuba this year and I was able to chat a bit about the car with her and Matsumoto. 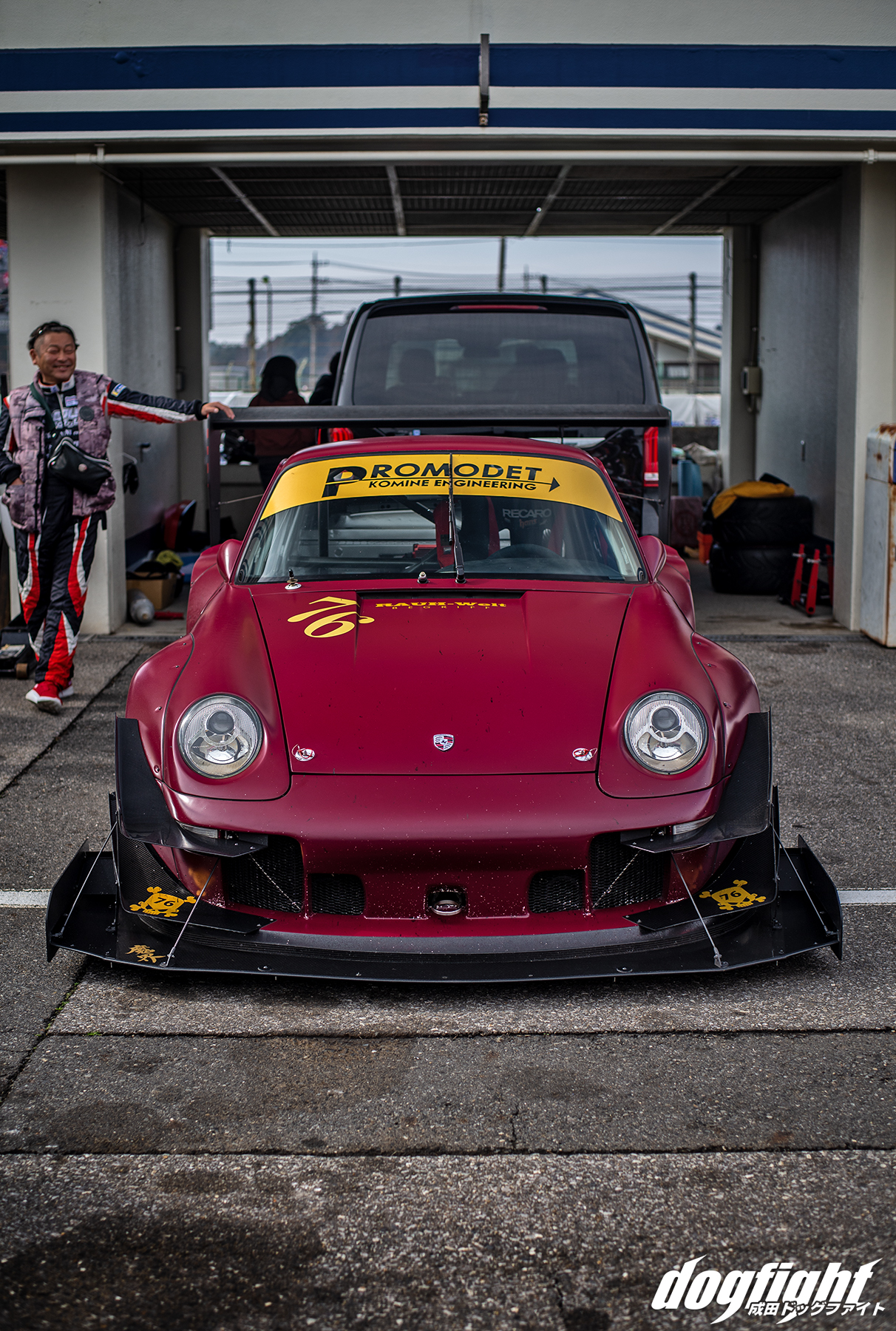 Porsche has always considered the 993 a significant advance in their automotive creation process.  So when Matsumoto began building the car, he obviously knew that only the best would suffice.  Taking the 993 to new levels with a fully built, 3.8 liter motor assisted by a large, single Turbonetics turbine.  The very reliable setup makes a more than healthy power output that topped the dyno at a massive 800 horsepower, making it the most powerful RWB car ever built.  The power is put to the ground in part with a beefed up Hewland sequential gearbox. 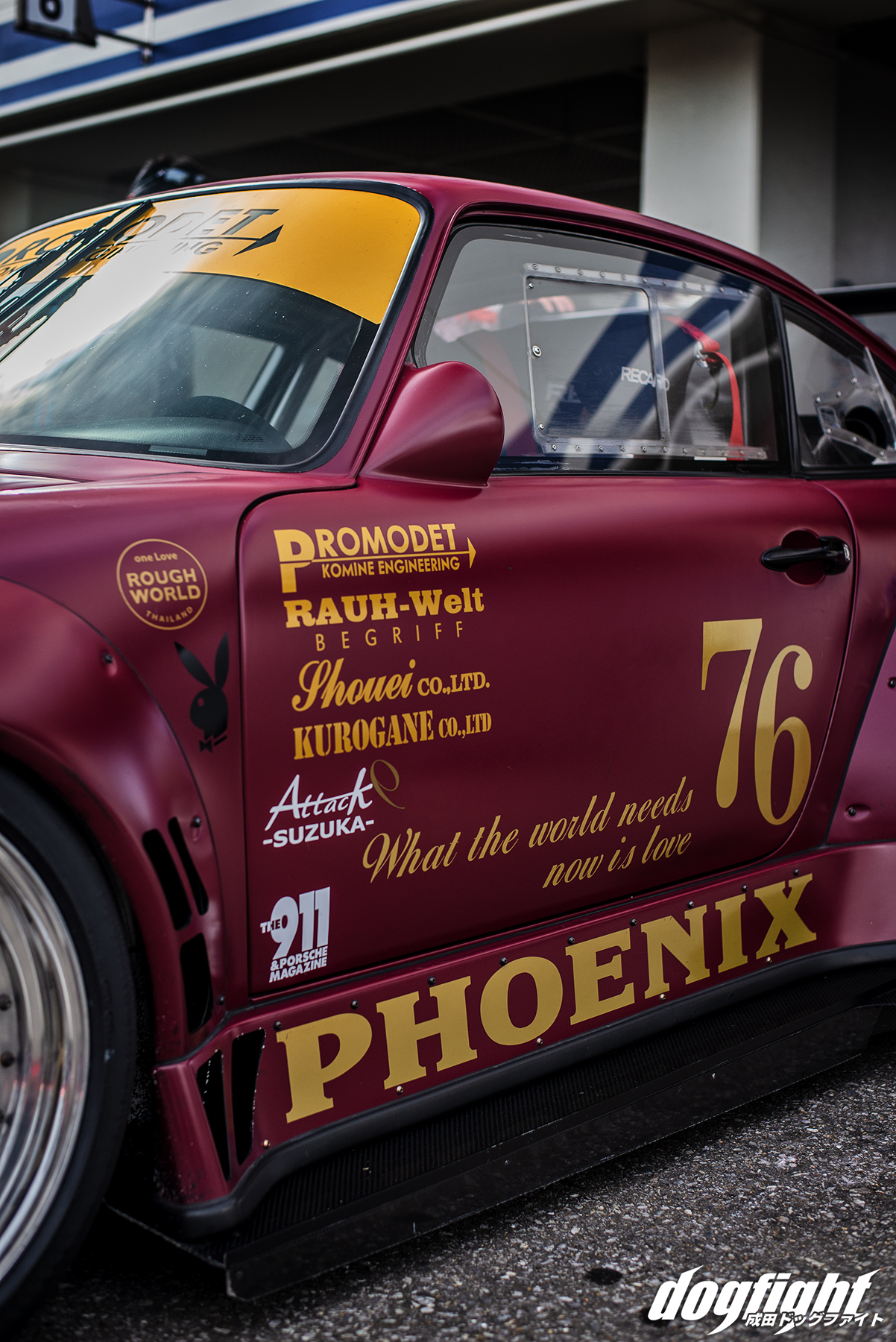 The now well known slogan of RWB that Akira has a penchant for putting on the doors of the builds. 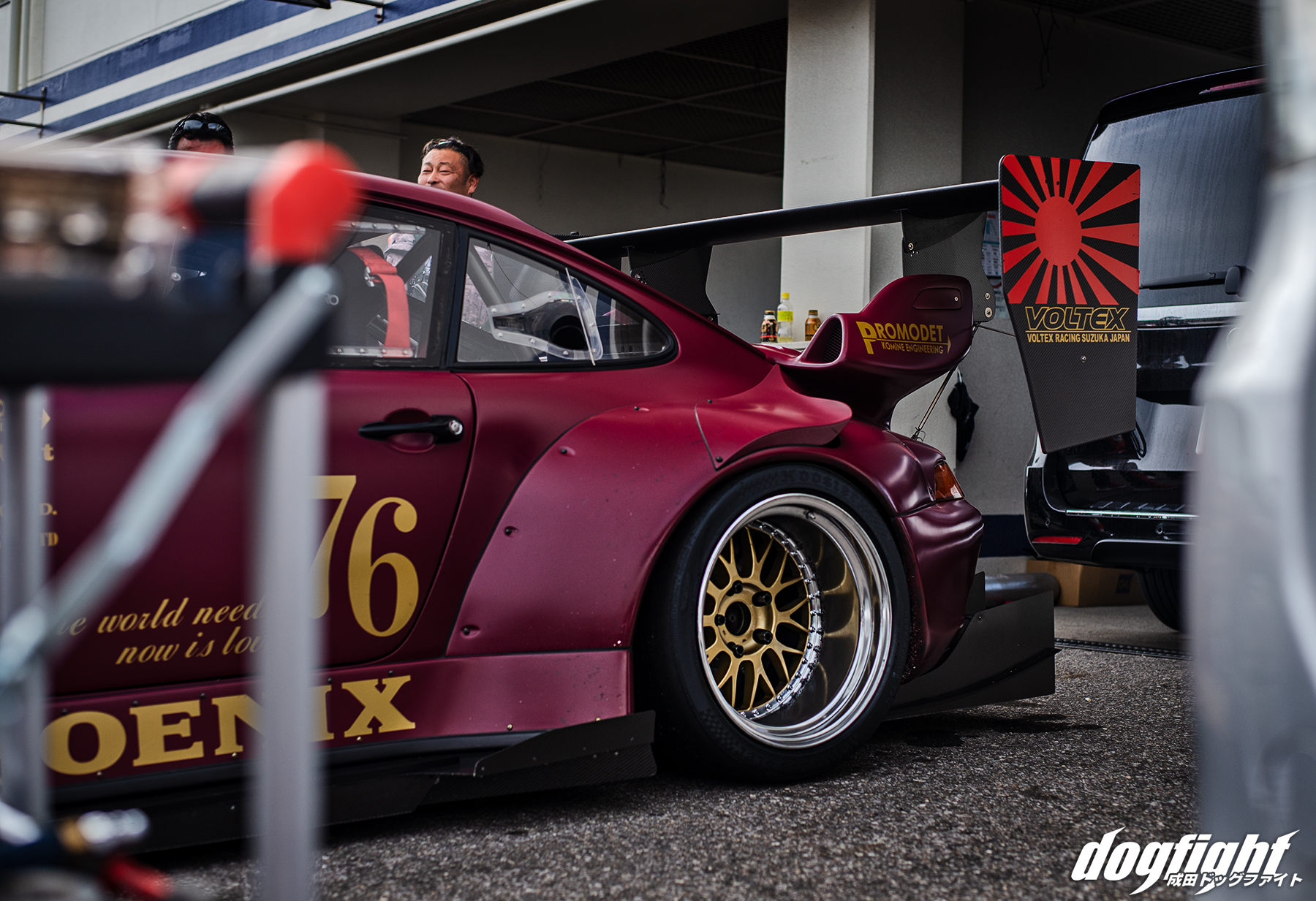 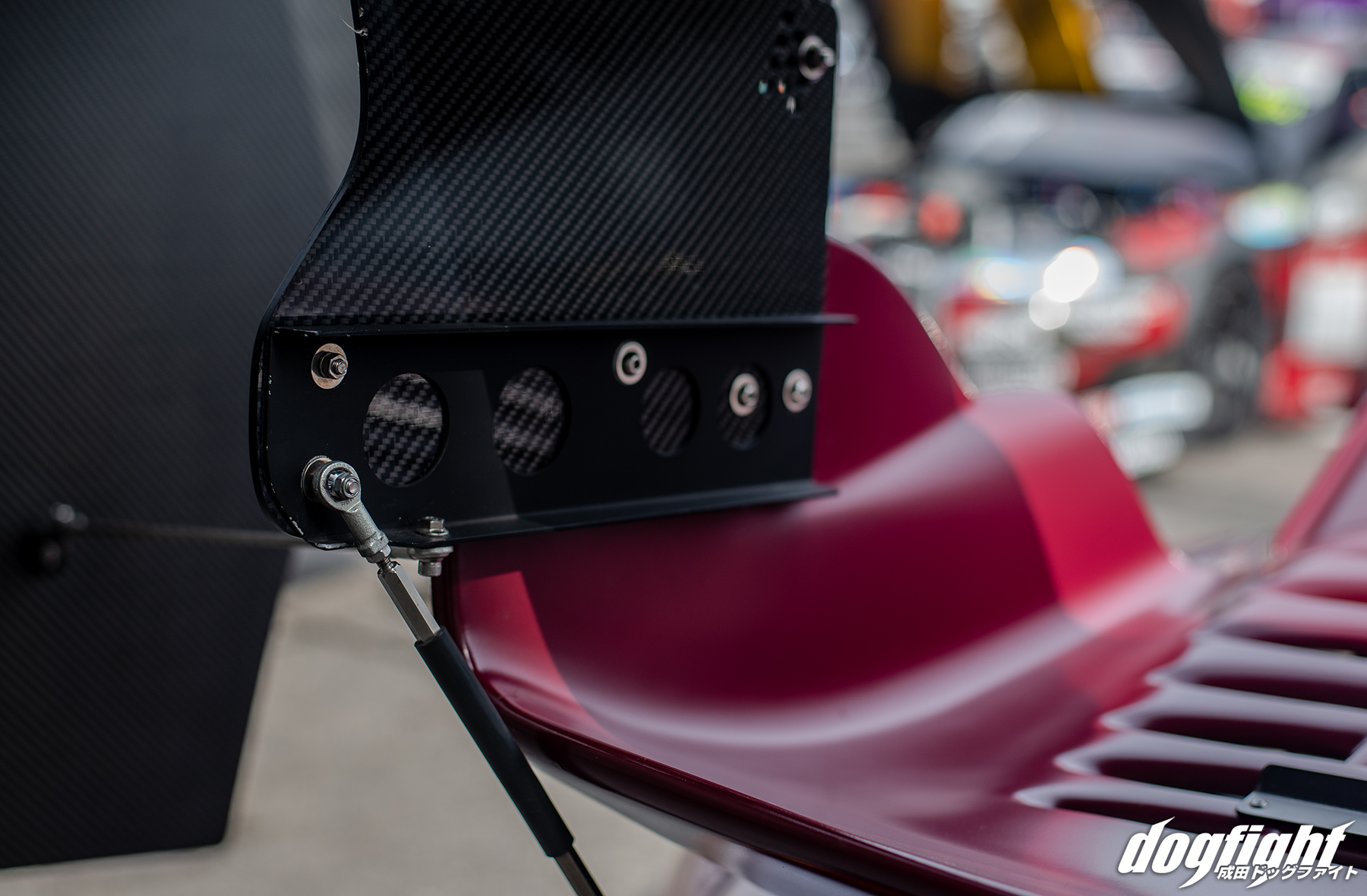 The massive Voltex GT wing still utilizes the OE uprights on the original engine cover, however a set of custom stands are utilized with additional bracing as you can imagine the amount of downforce this wing produces. 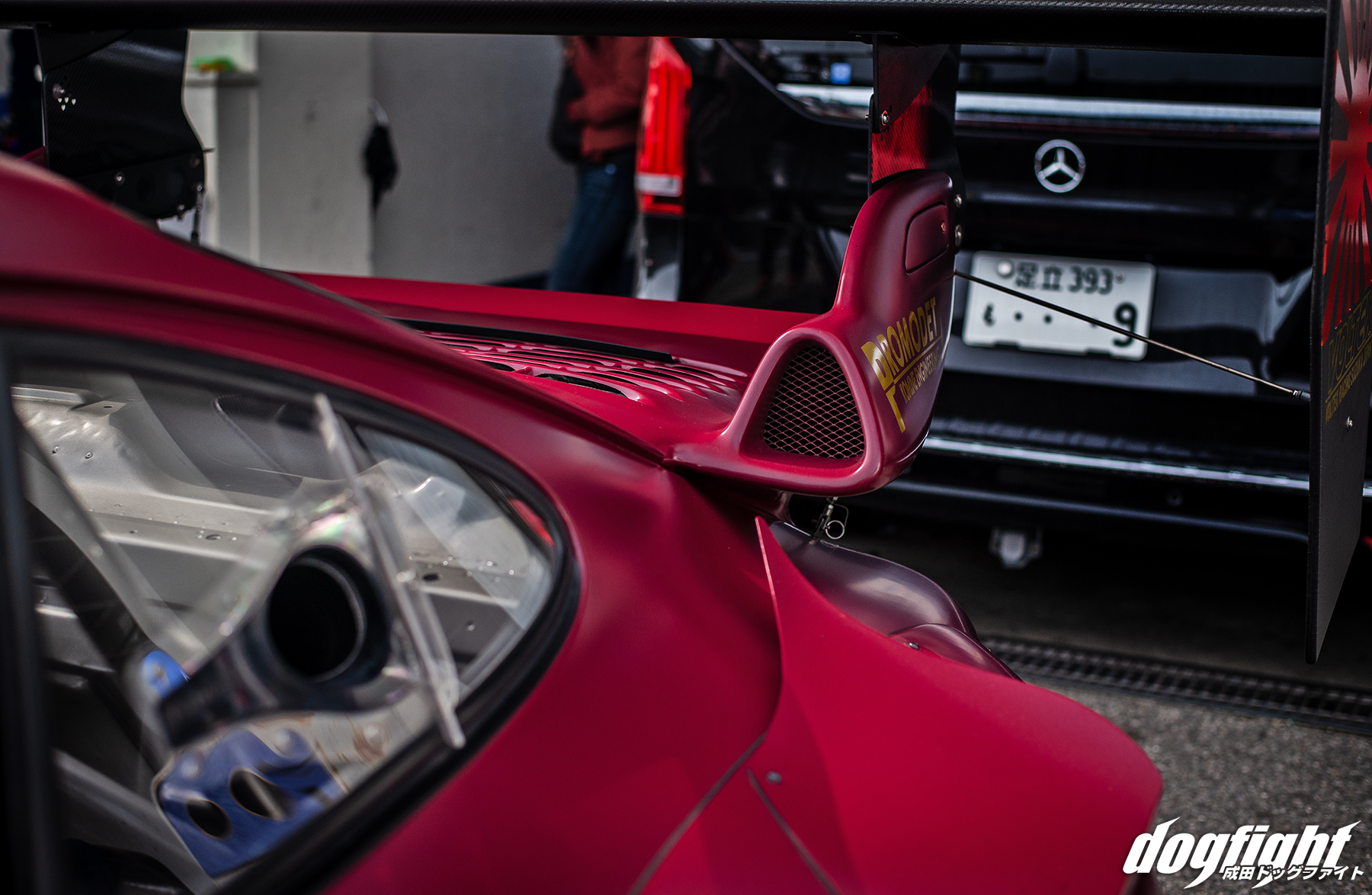 I’ve always been a fan of the integrated ducting on these cars. 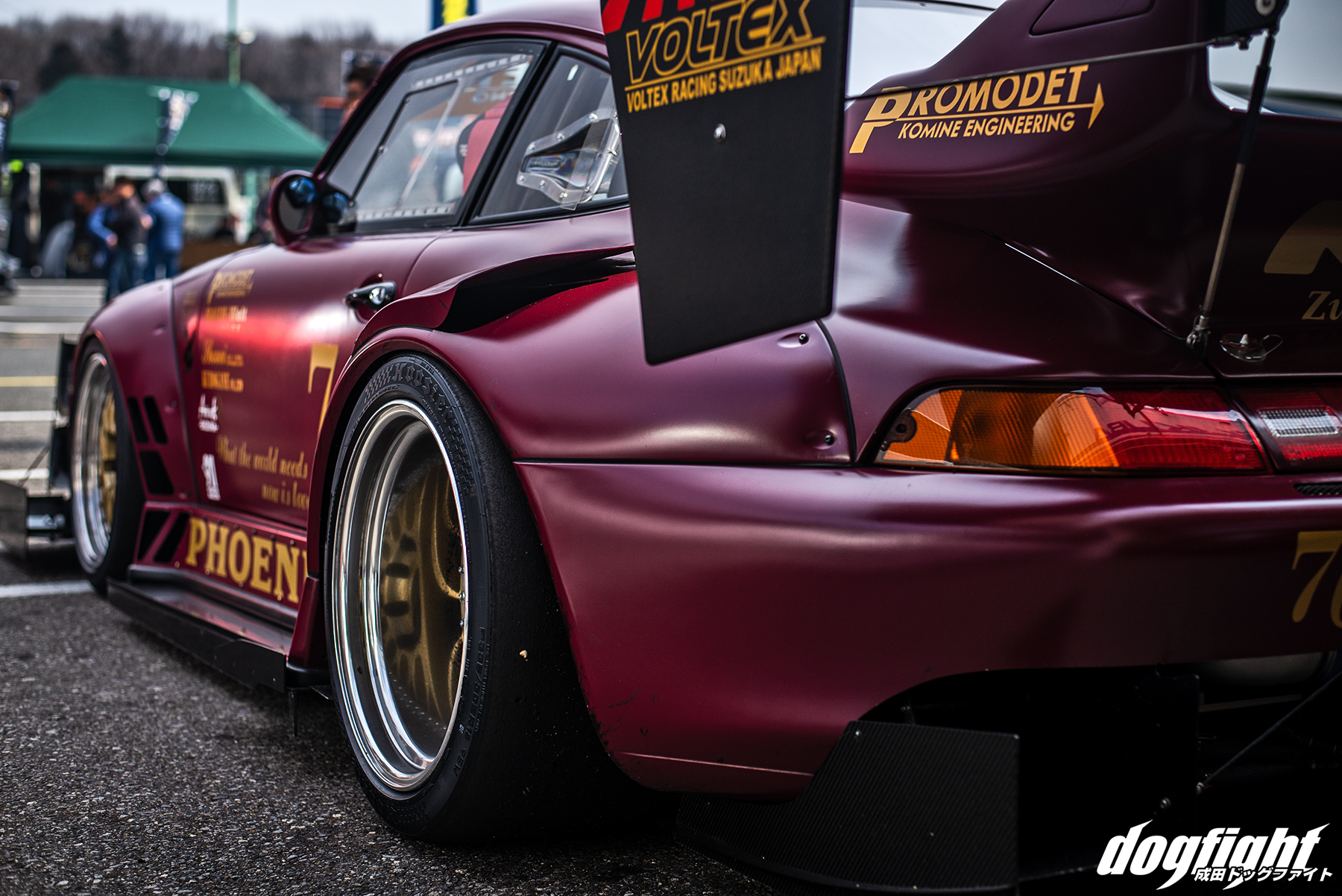 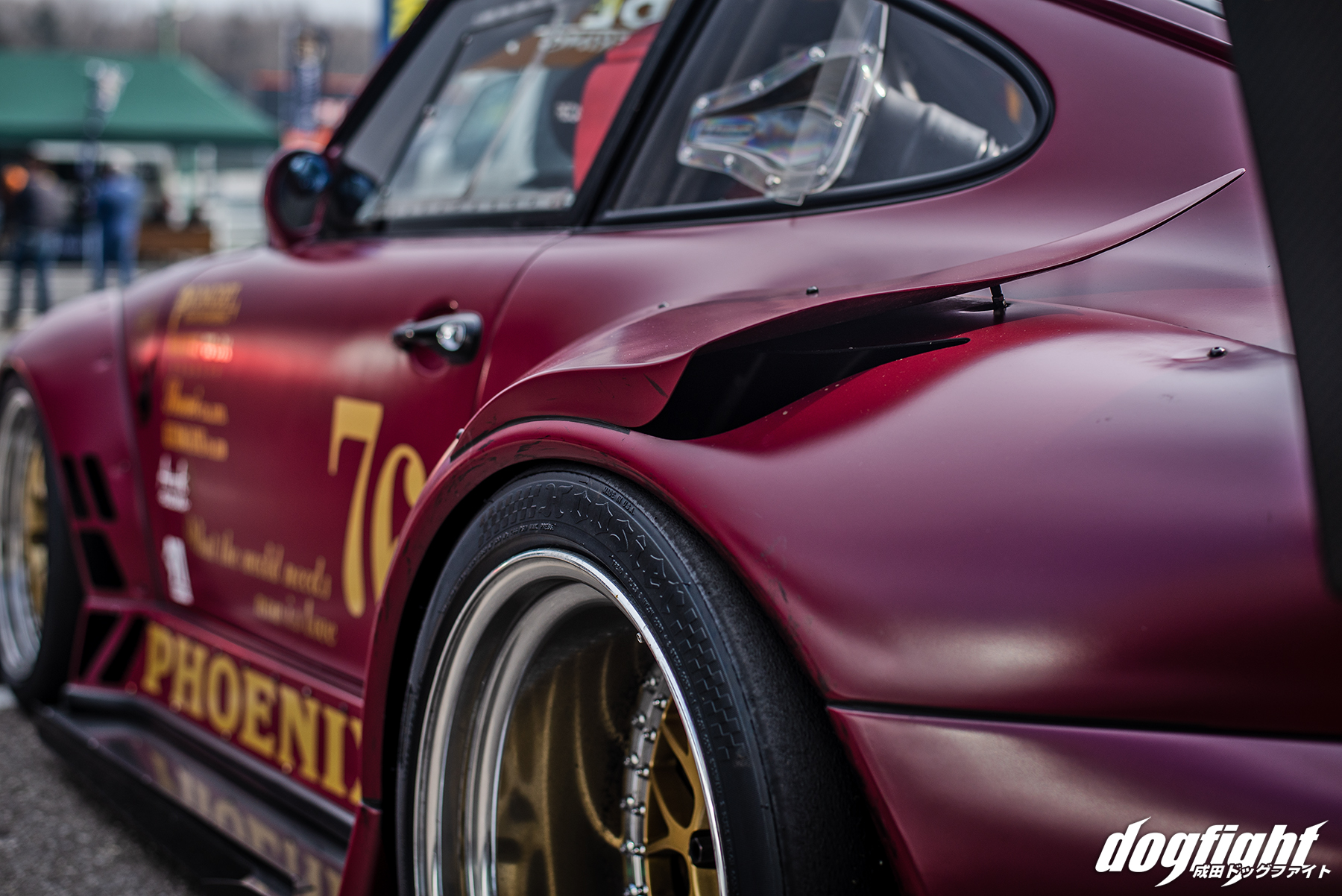 Even with the massive overs, the car struggles to contain the massive 335 series Hoosiers that sit underneath the rears.  The front wheels utilize a 295 width tire making a combination at all four corners that spells almost unlimited grip.  The car is lowered on a set of custom valved Endless coilovers and corner matched to perfection. 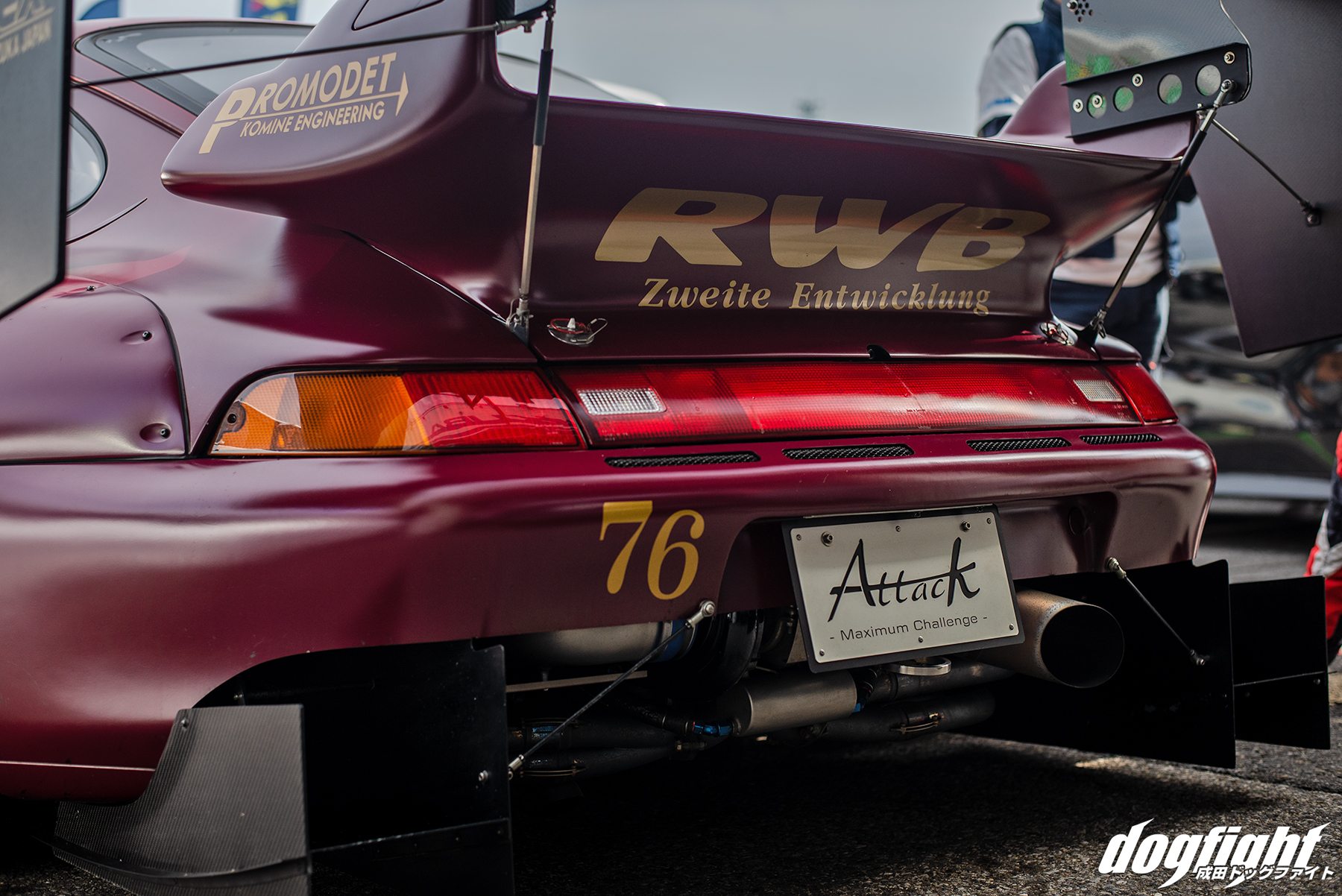 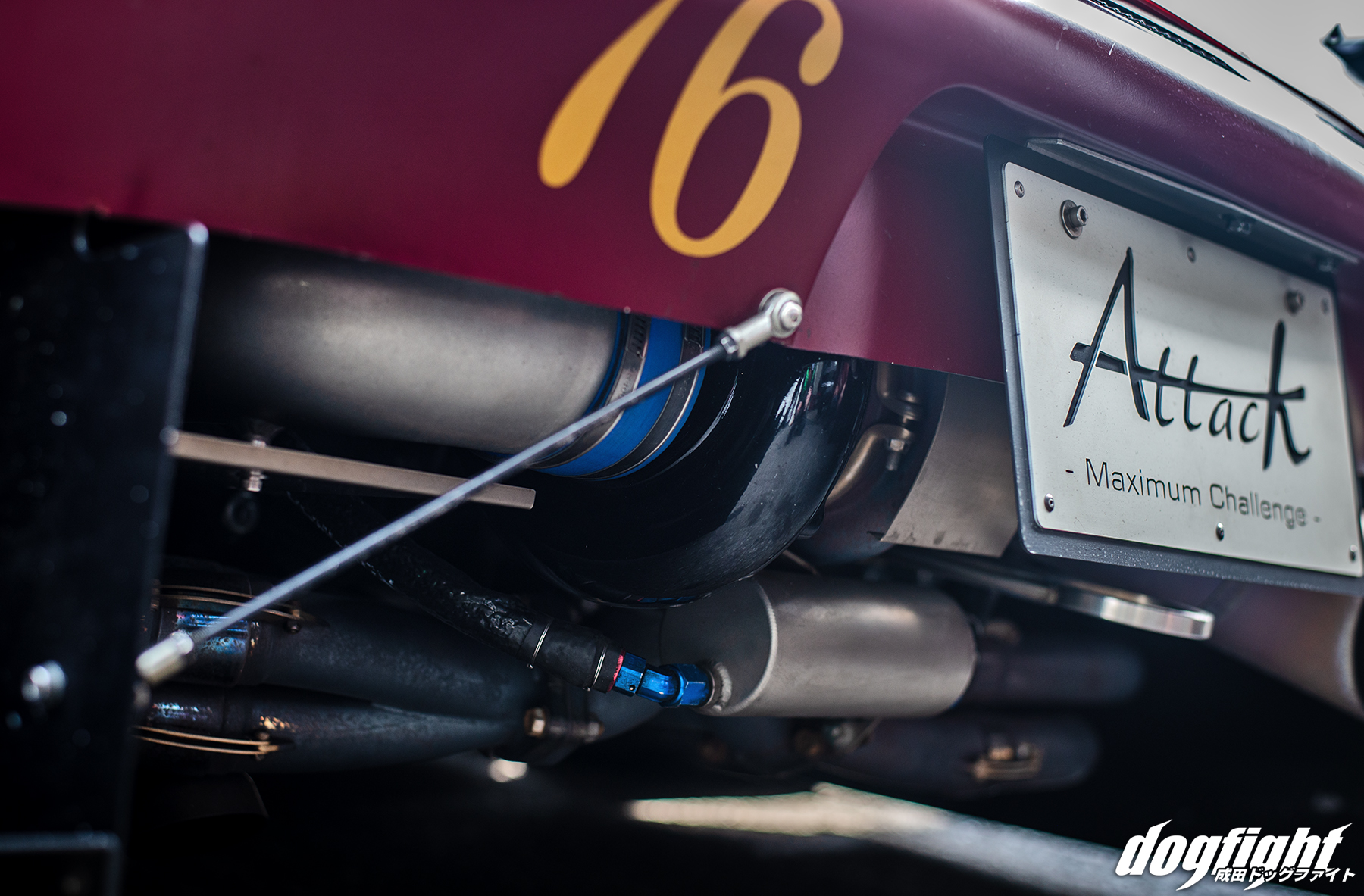 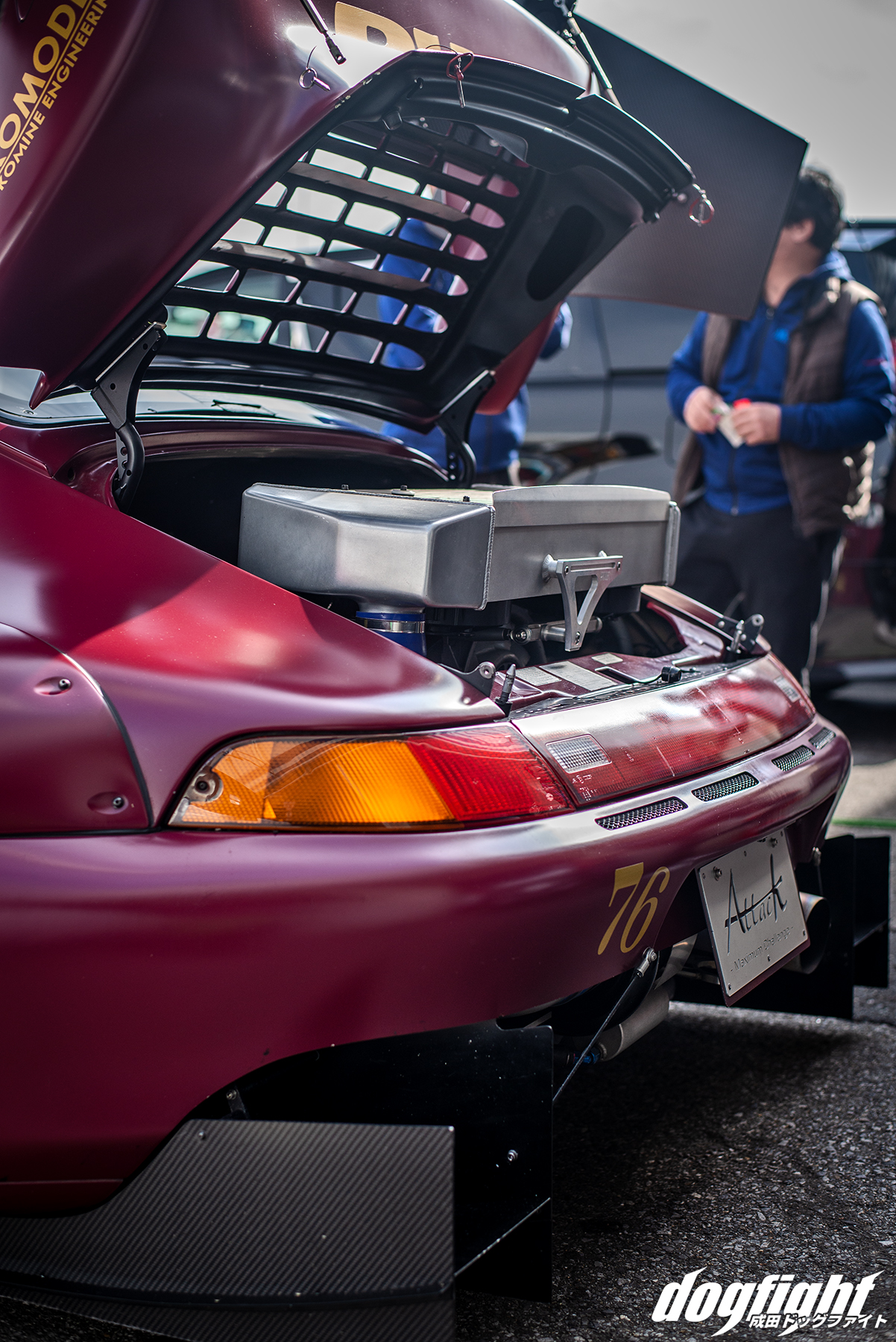 Peaking out from underneath the rear of the car, situated right in between the strakes of the carbon diffuser, is the very stout, single turbo setup with a very short exhaust. 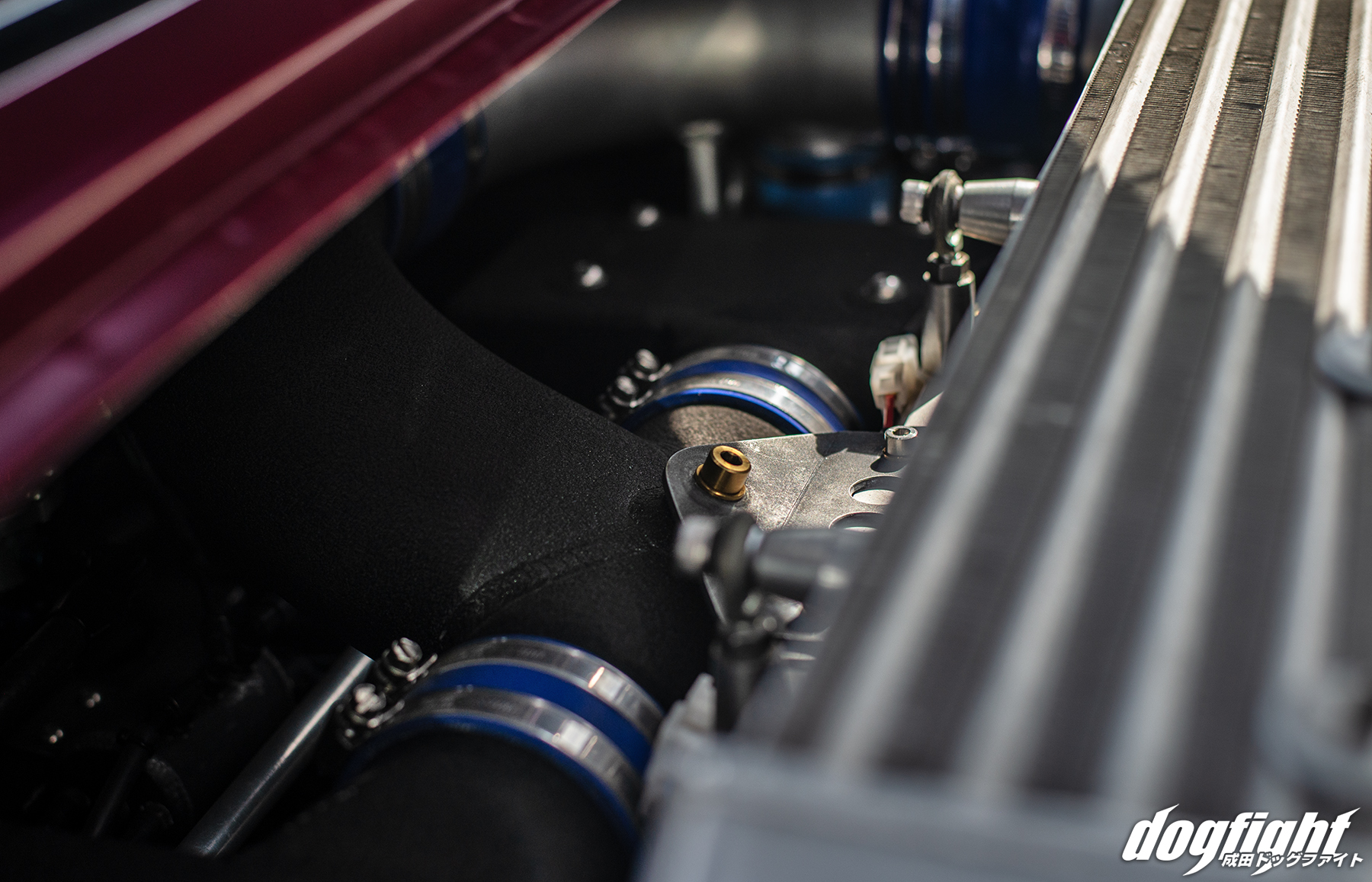 Every little part on this car has been meticulously selected – even the hardware in the engine bay is perfect. 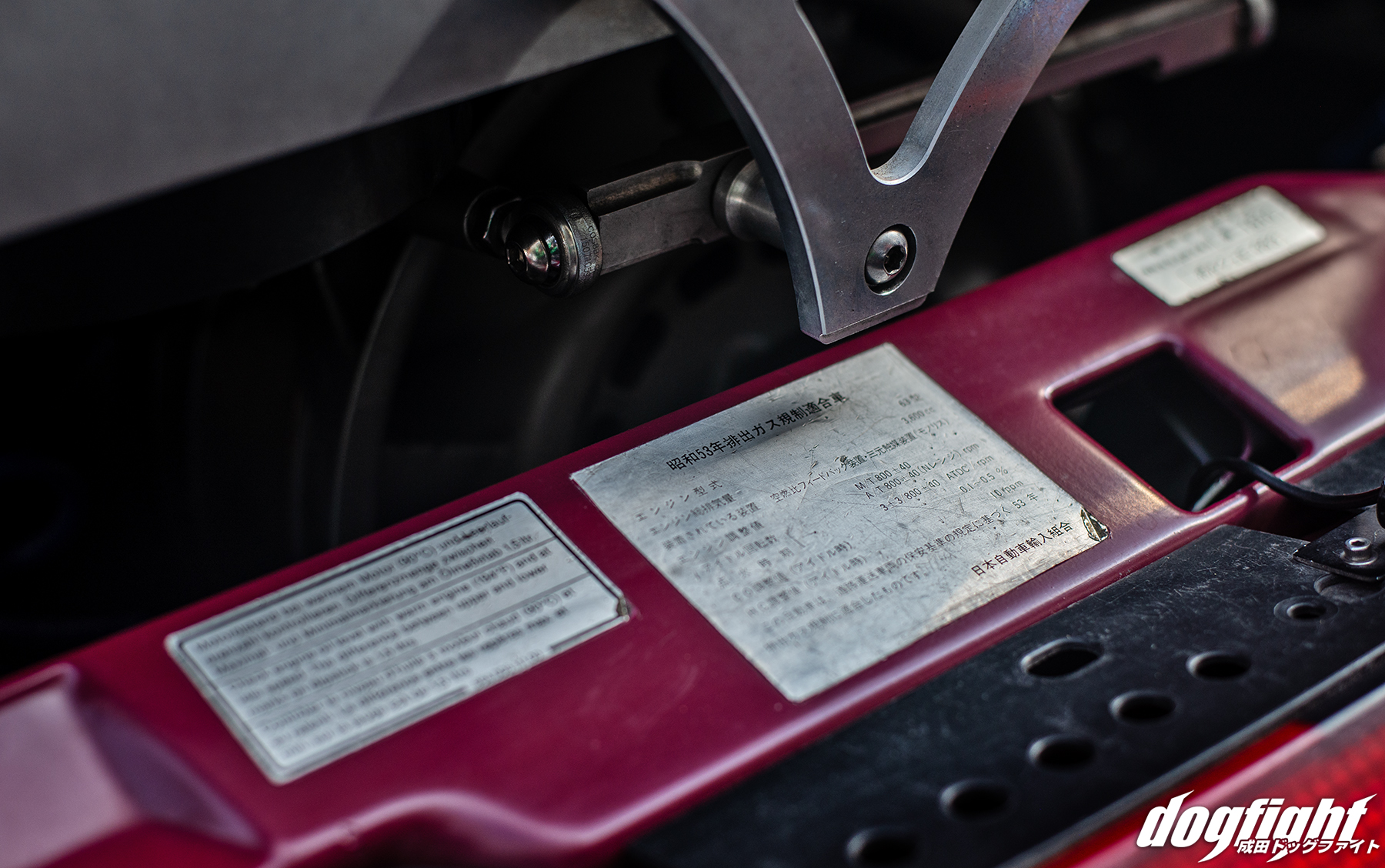 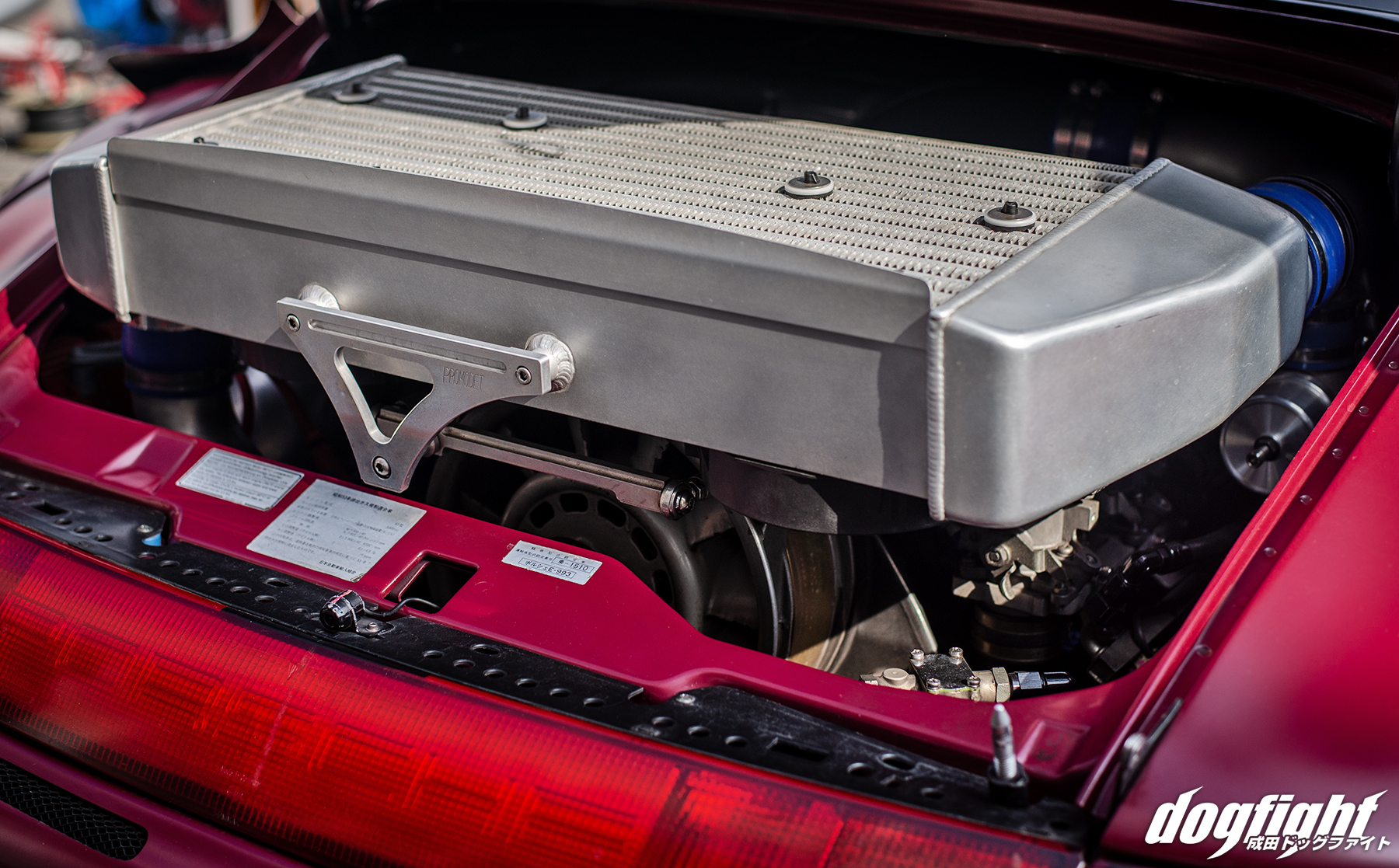 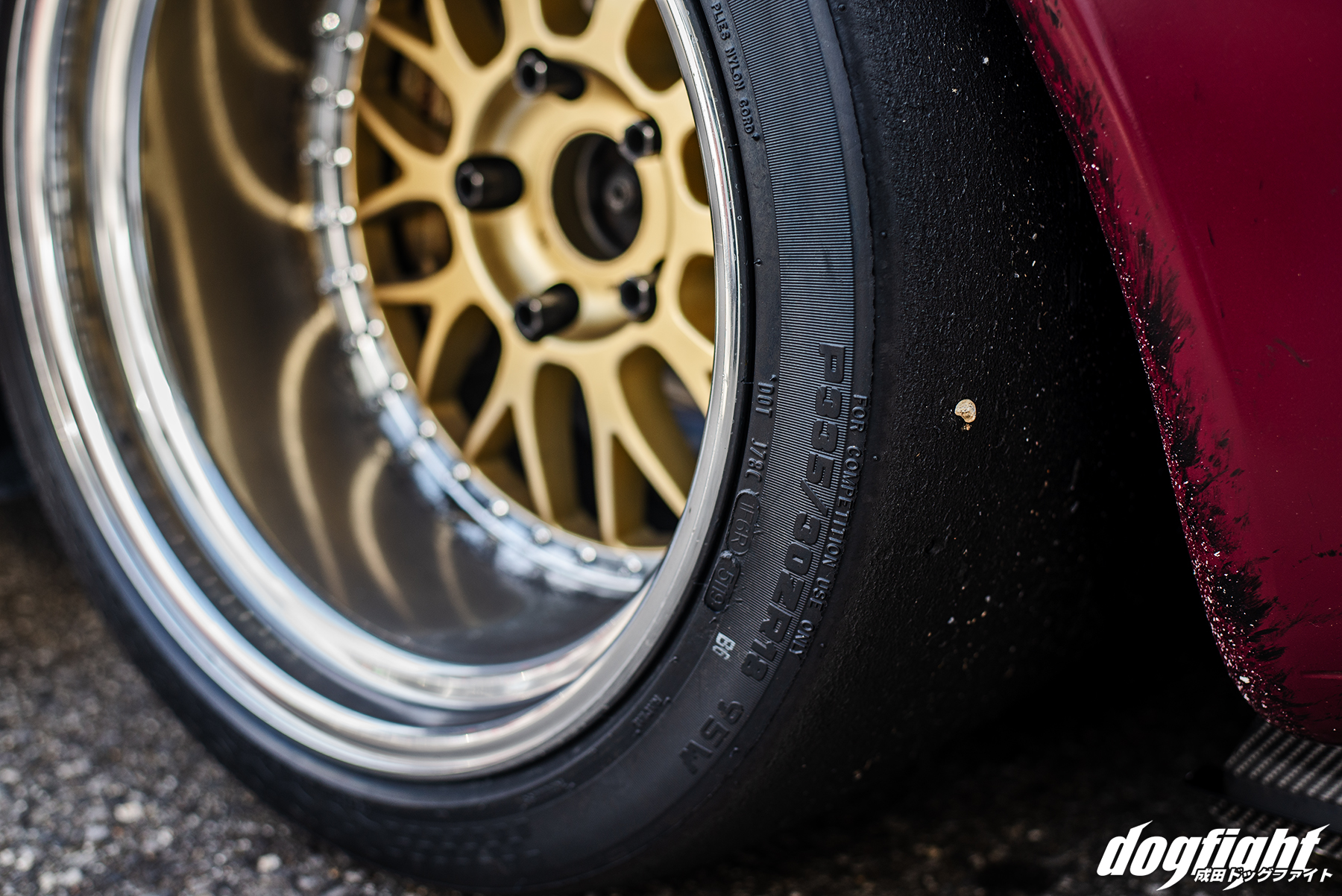 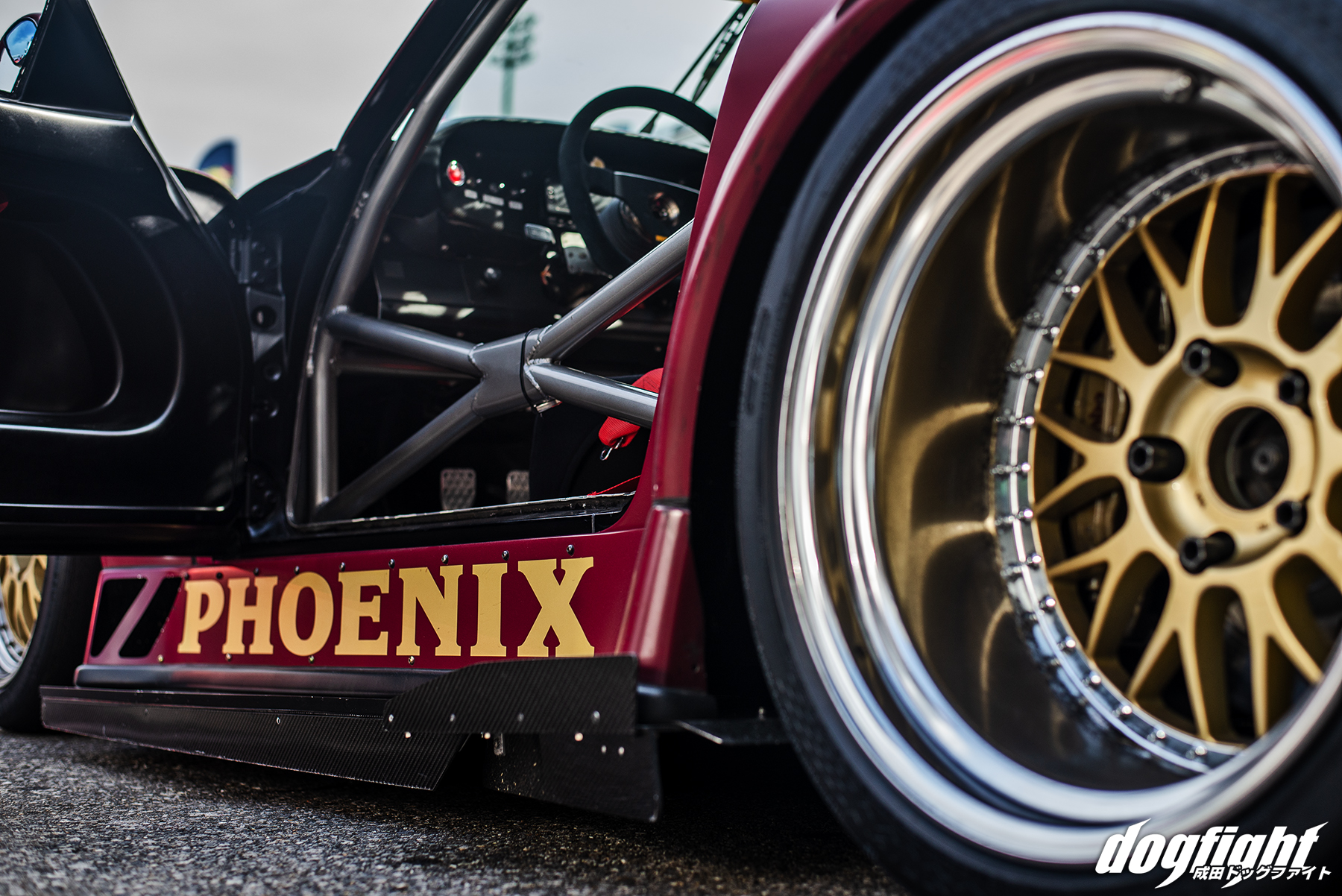 The interior is nearly aggressive as the new exterior, with all but necessities being stripped away. 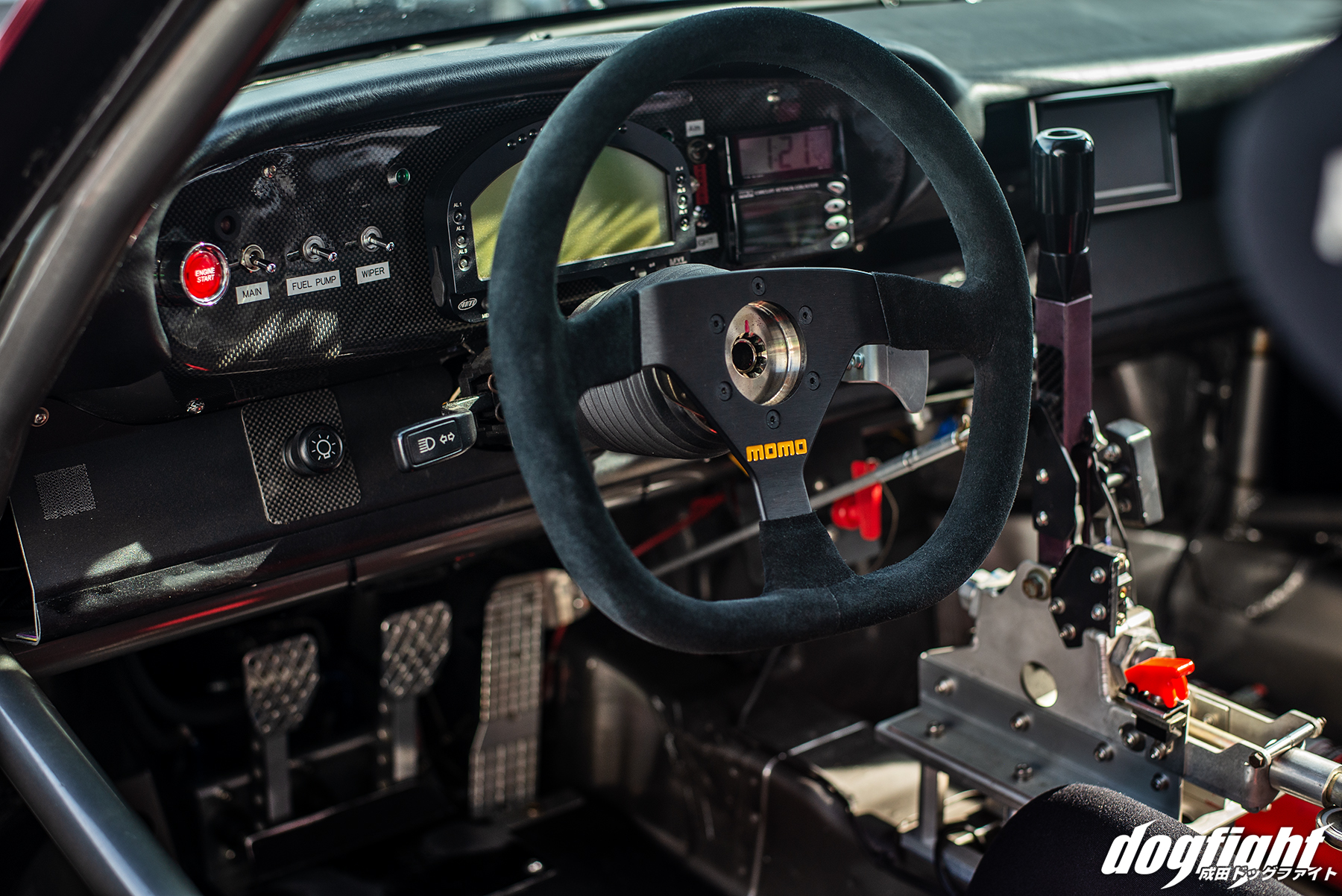 A carbon gauge shroud harbors the AIM digital dash behind the suede Momo steering wheel.  Switches for each of the electronics are mounted front and center for easy access. 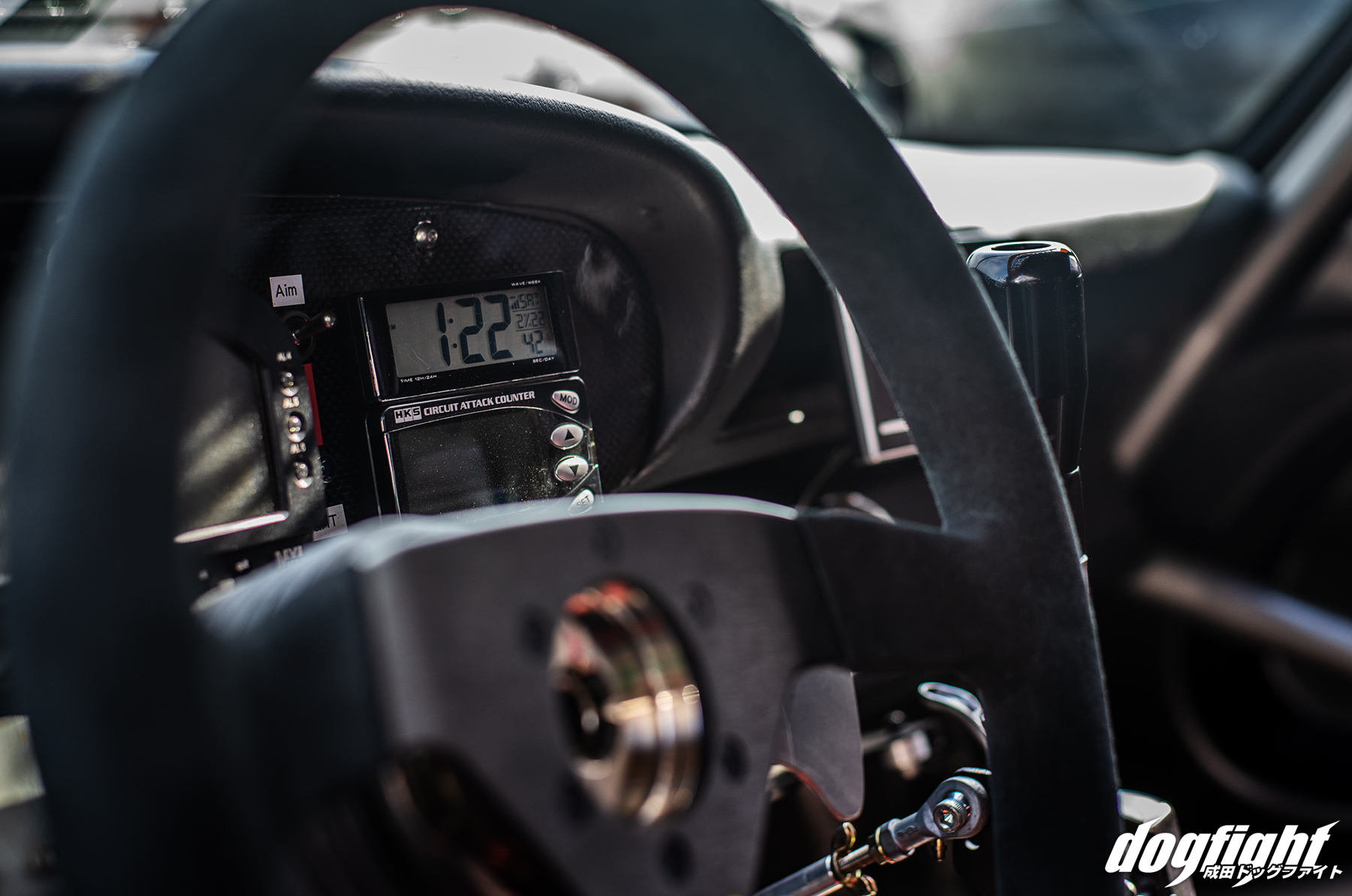 He even has a HKS Circuit Attack Counter – best. 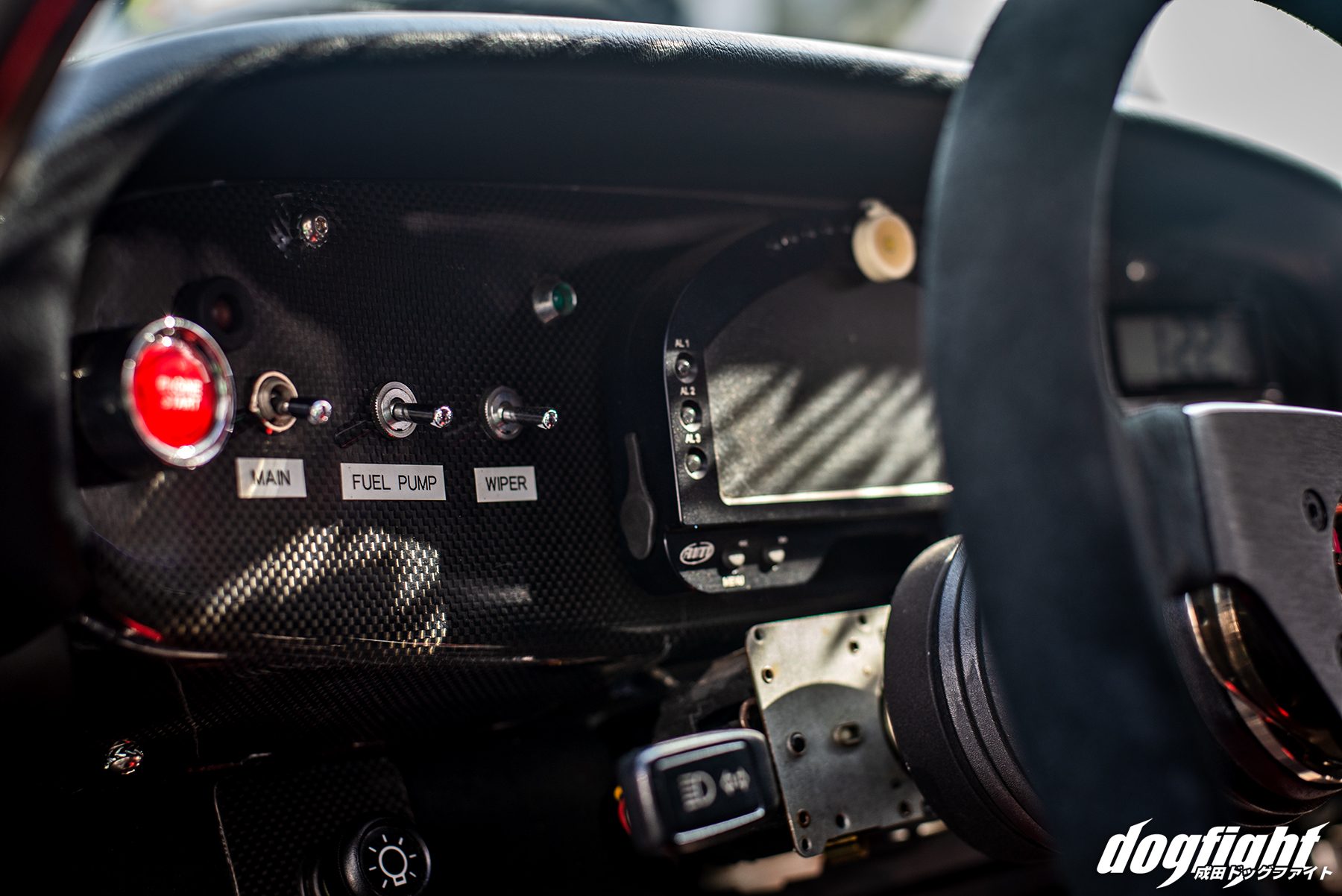 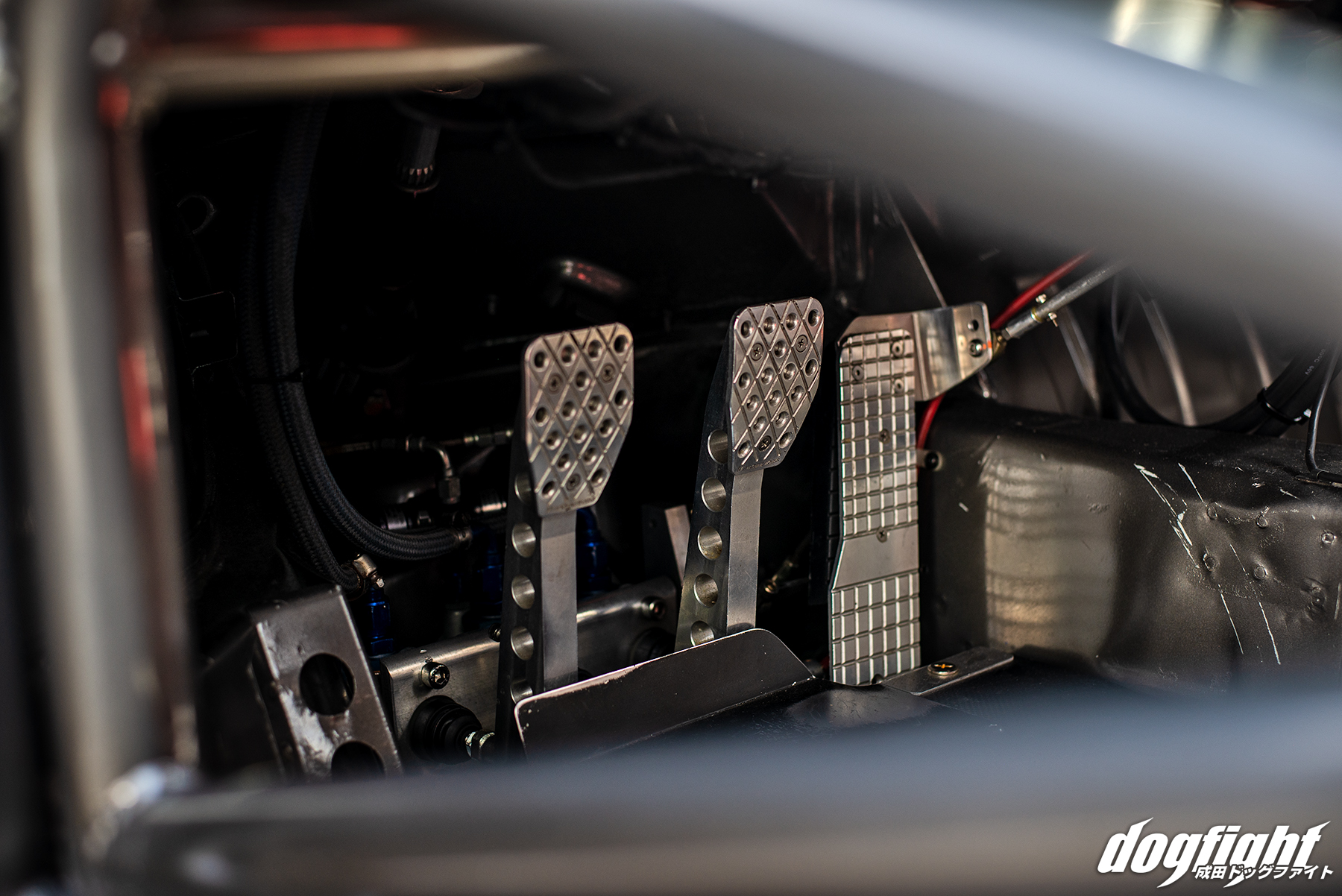 Floor mounted pedals that utilize all spherical hardware are as about as racing as you can get. 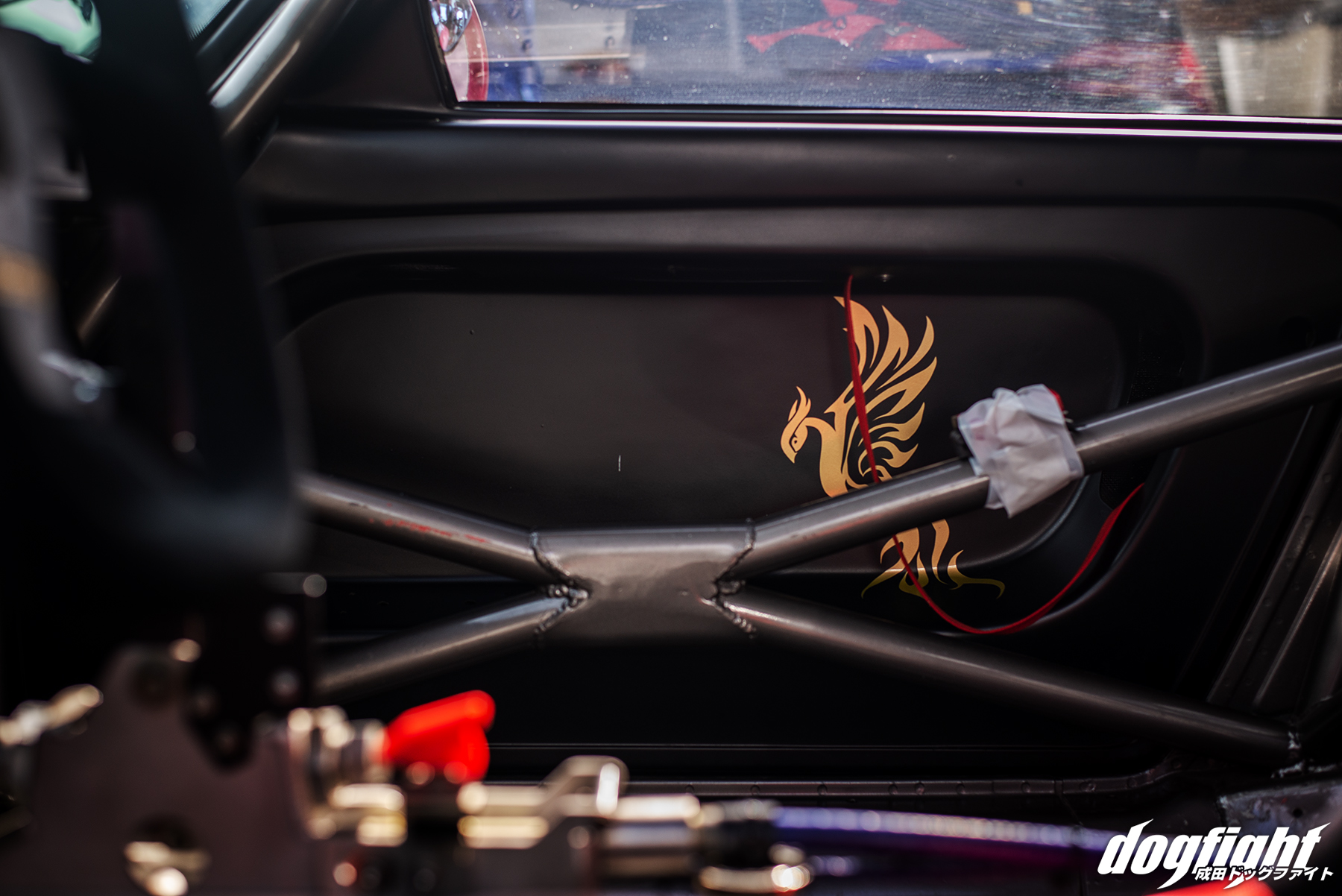 Some aesthetic branding on the interior door card. 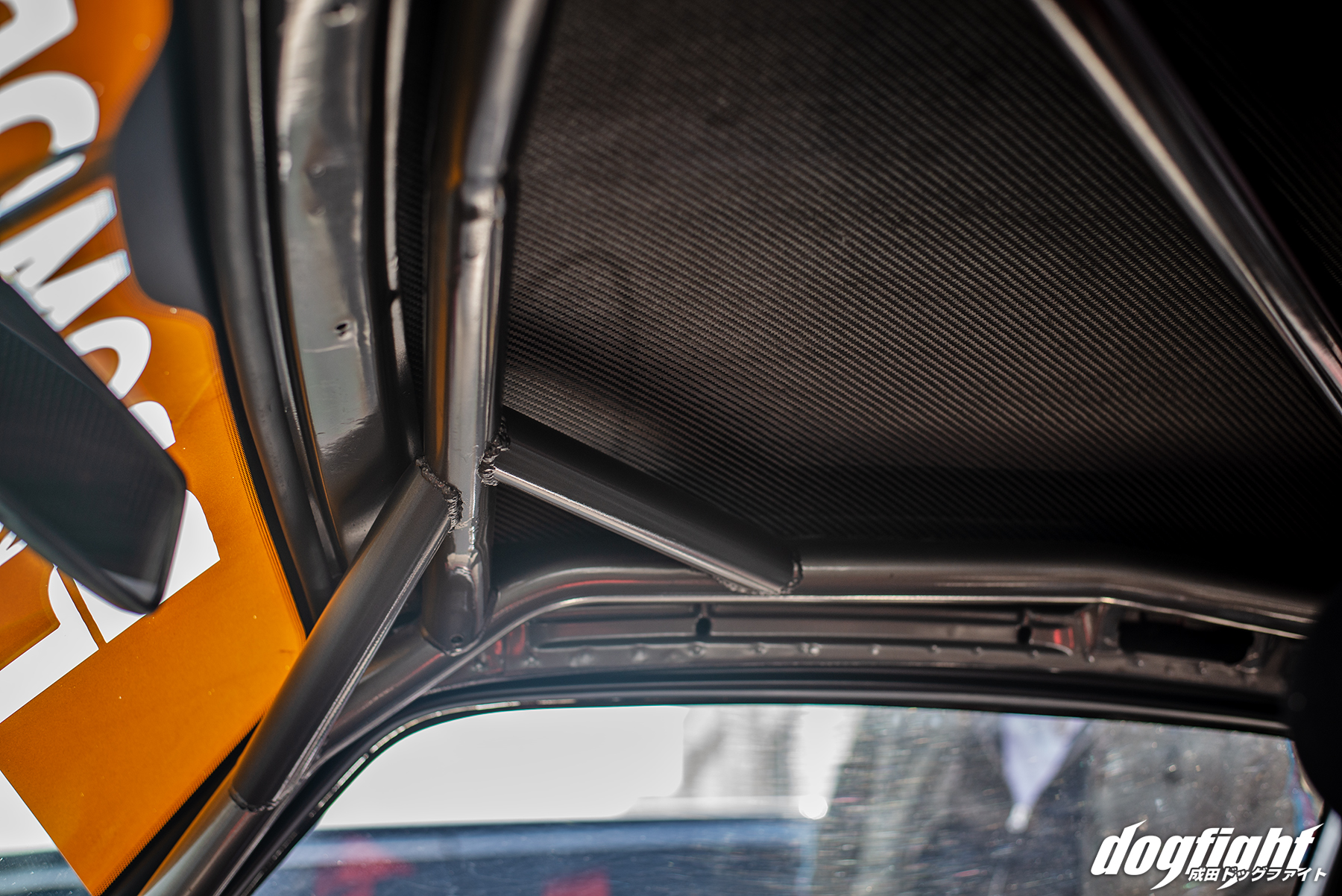 Bringing the weight of the car down is usually a priority for most drivers, and one of the most efficient was of doing so is with a carbon plug or entire roof.  Shedding weight from the highest point of the car is beneficial in a lot of ways. 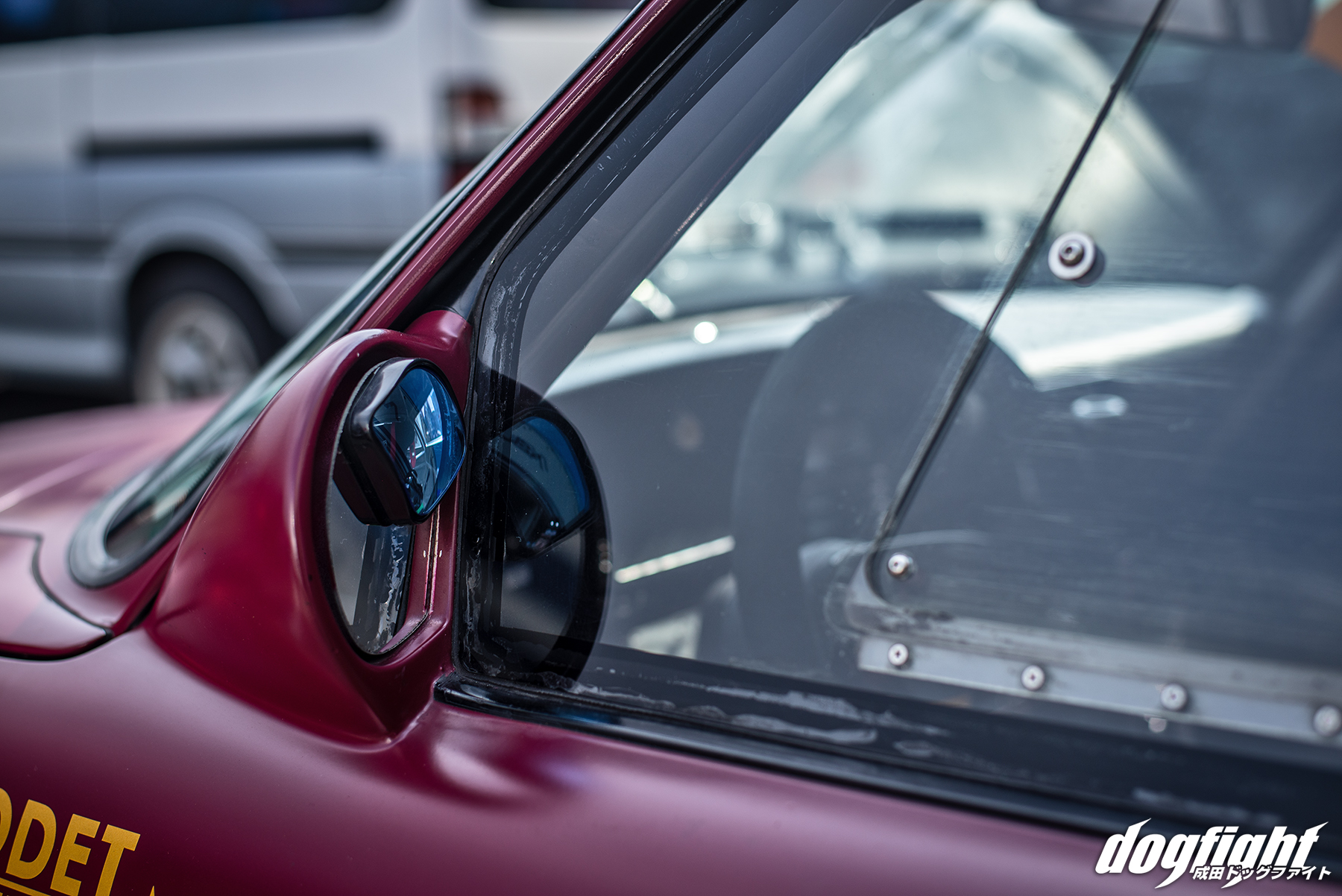 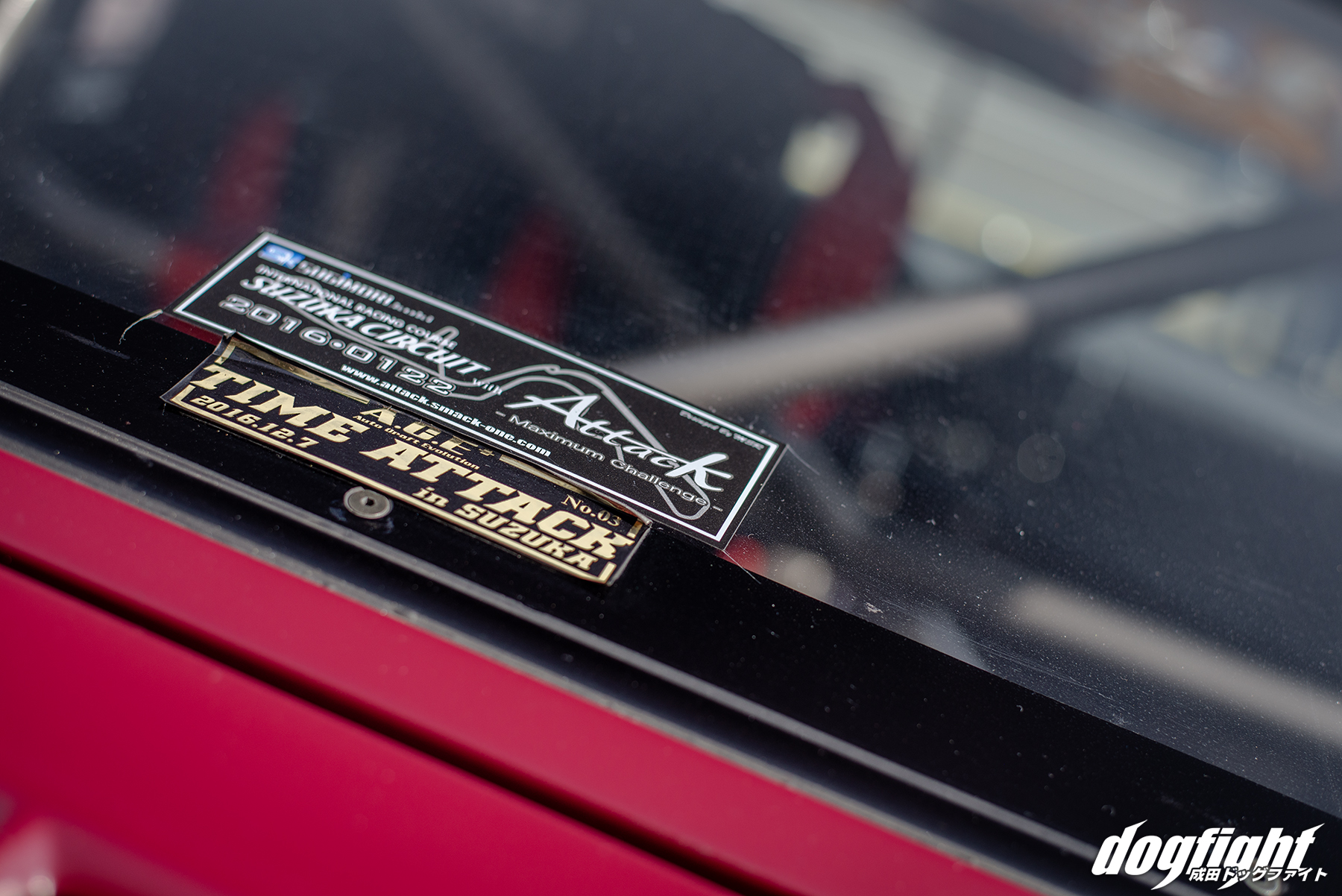 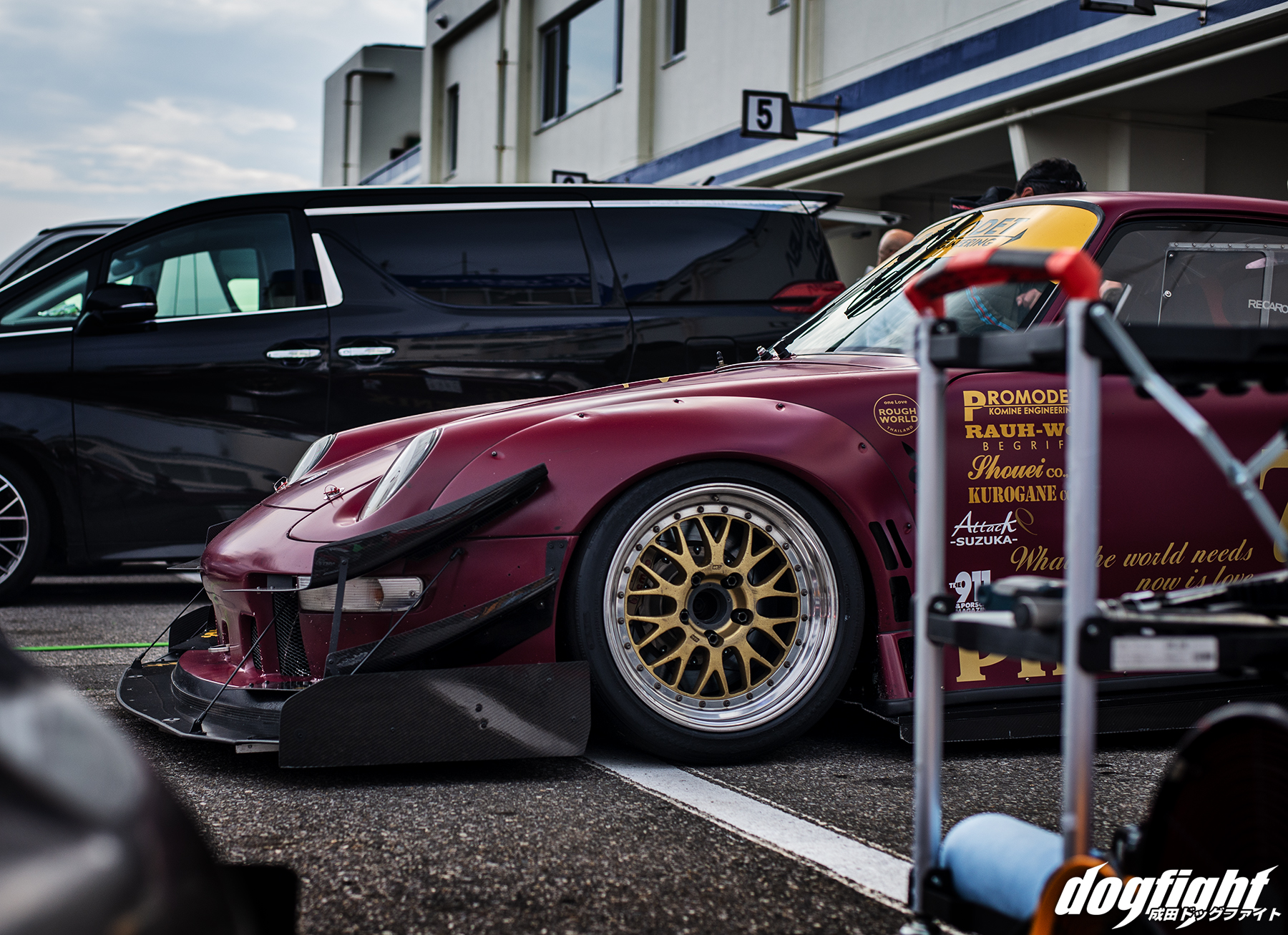 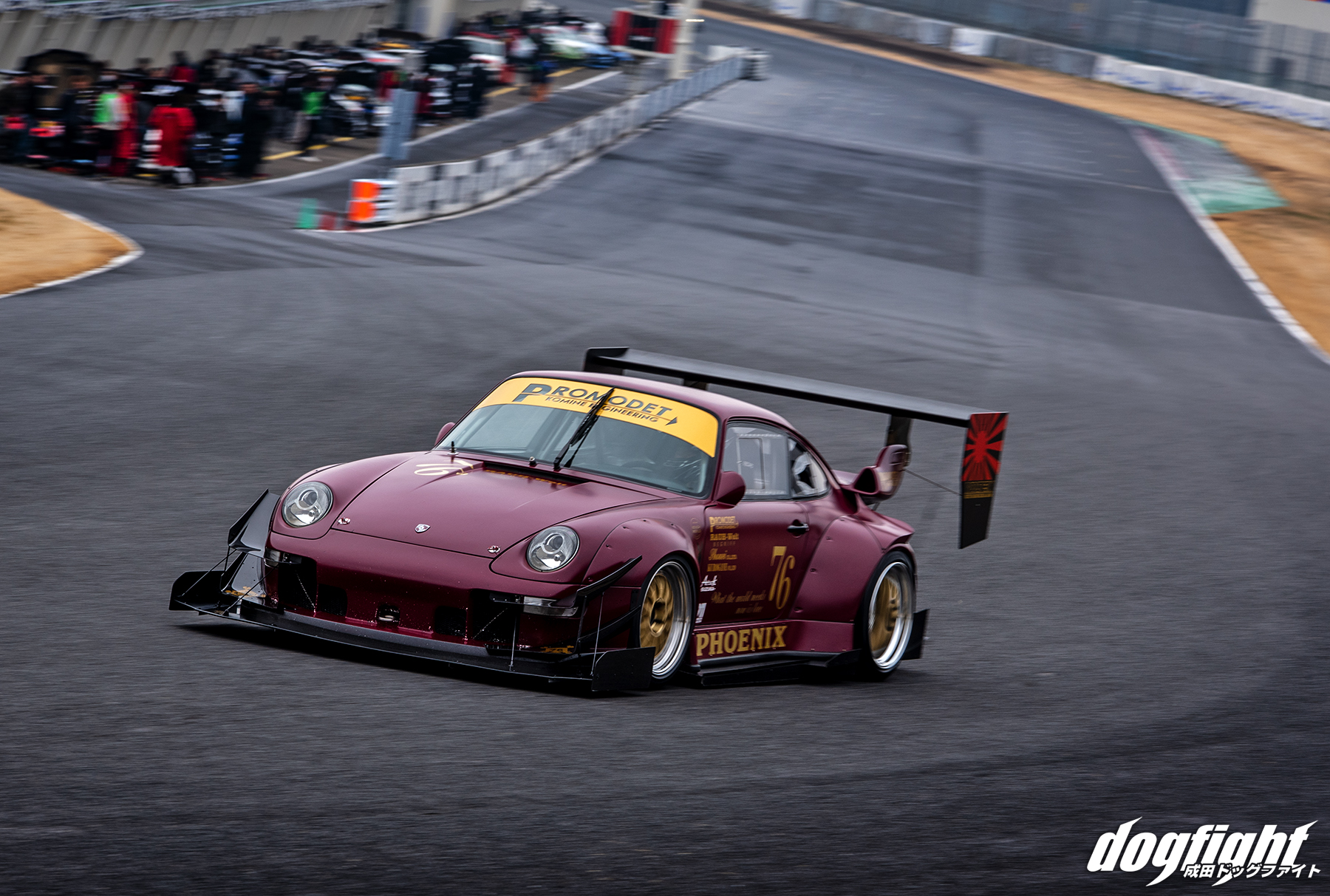 Out on track the car is obviously no slouch.  Listening to it power out of turn 1 was a treat in itself – if you check out our YouTube channel you can see some on-track footage of this car from the Attack event last month. 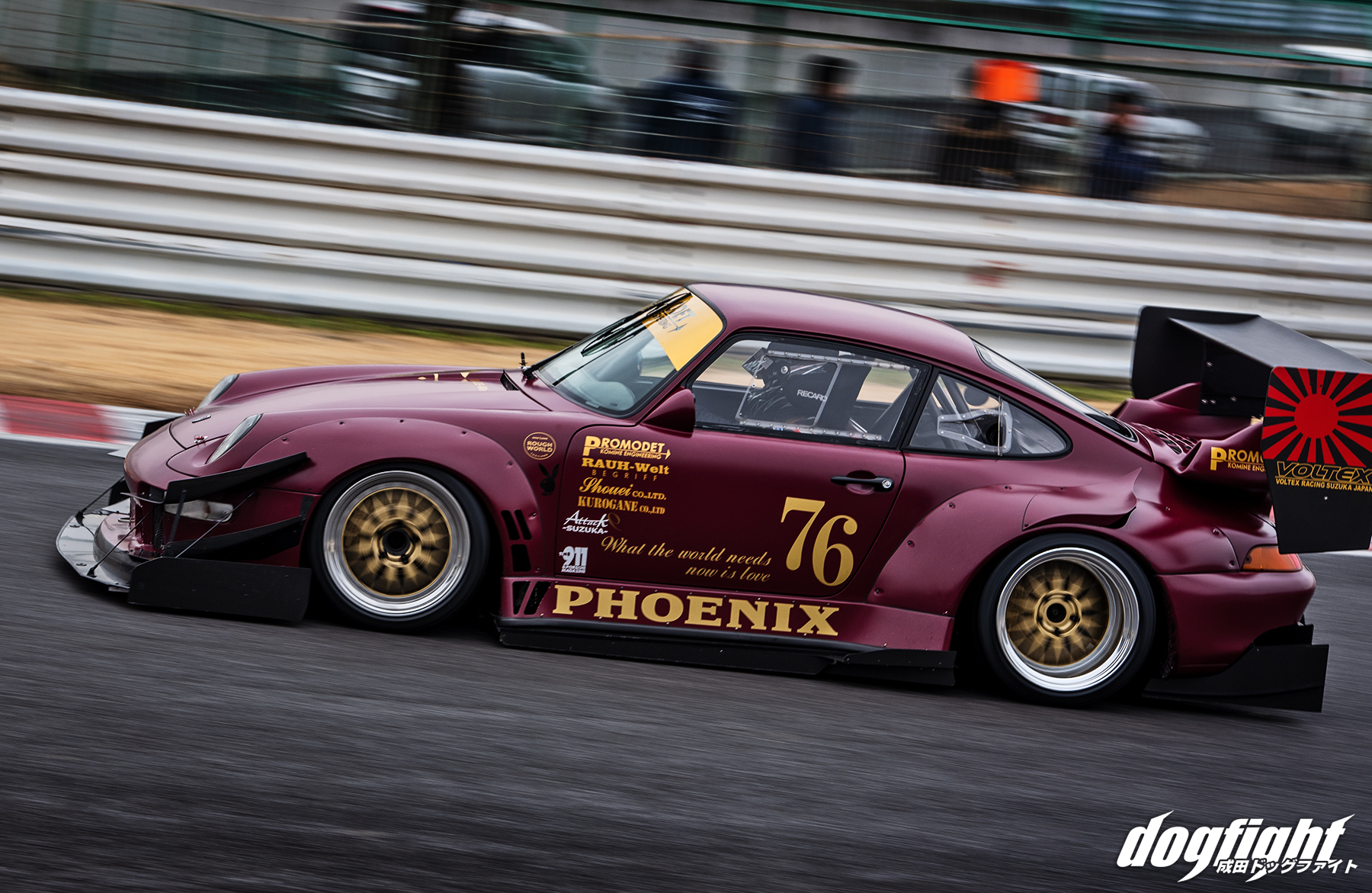 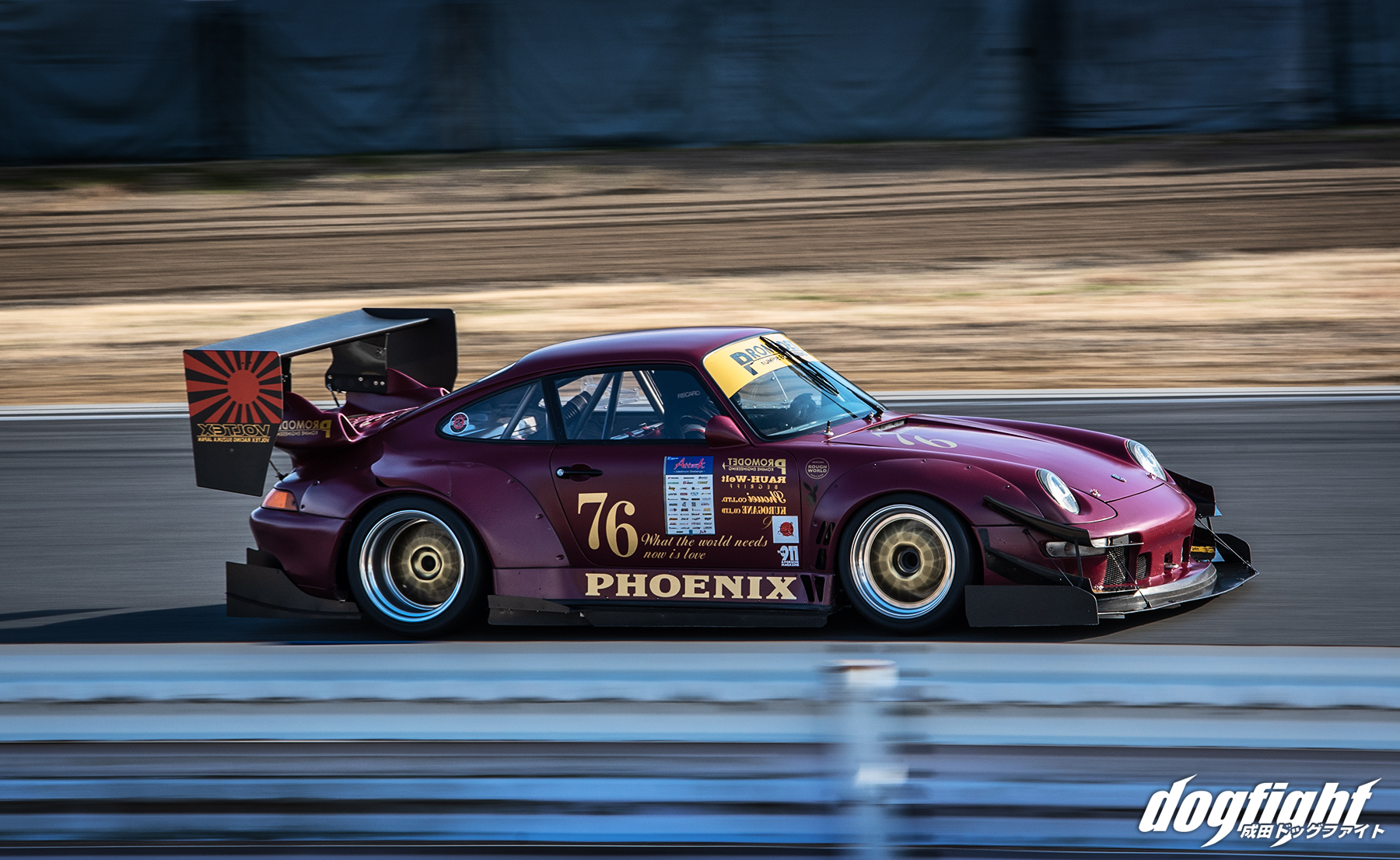 The target time at Tsukuba after the rebuild was sub 1 minute, and with a 58.446 under his belt from this most recent event, I can only imagine that falling to the 57’s and eventually 56’s making it one of the fastest in it’s group. 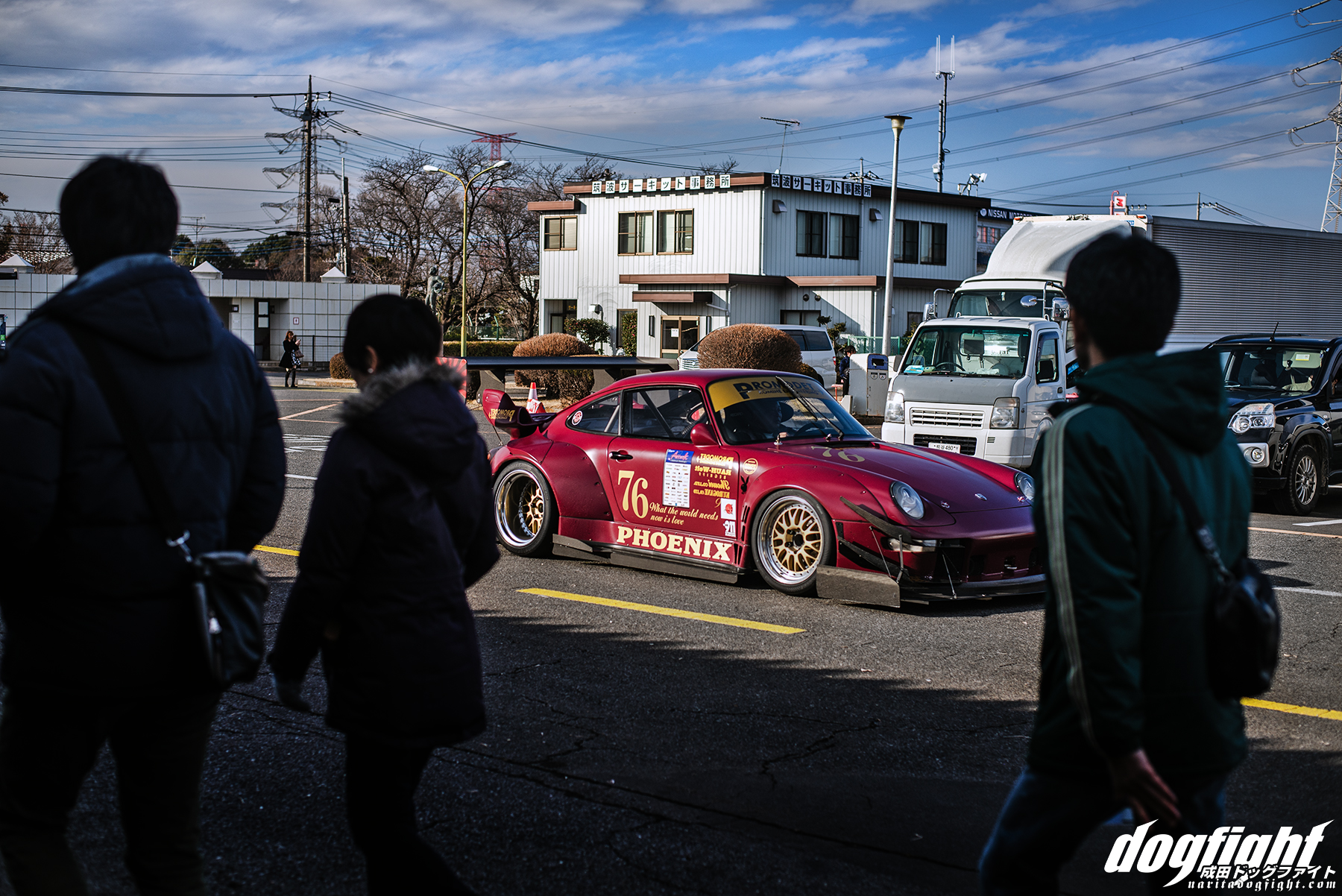 However you view these cars, you can’t argue that they are right at home on track.  They were breed for it, and it’s great to see them get put to use here in Japan.

Working on getting a couple more highlights ready for next week.  In the meantime, take care and thanks for visiting!