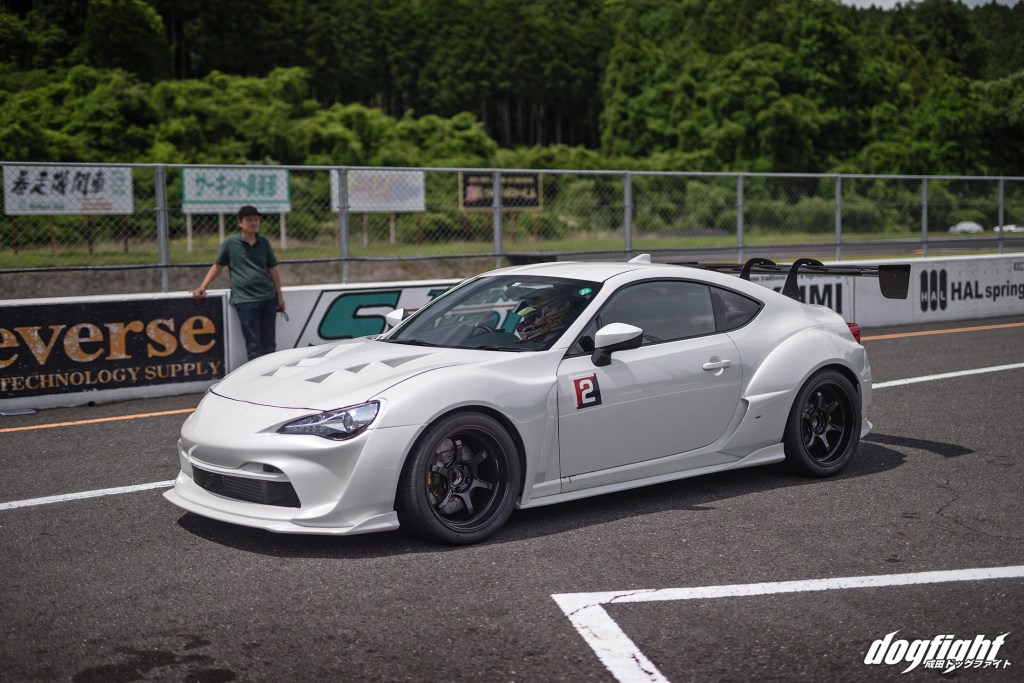 We’ve all experienced the ebb and flow of motivation; the slow, but seemingly  permanent, oscillation of decline and growth in development.  Albeit difficult to admit it for the majority of us, as time passes, our incentives naturally change.  That is, until we come across a new catalyst that stokes the tides in the favor of progress.  Such was the case with Hiroki Sakamoto.

Ending the 2018 Attack season with a 54’622 at TC2000 (which at the time was the FD record), and a 2’09.698 at Suzuka Circuit, the success of the platform that Hiroki built was apparent to everyone.  However, unbeknownst to many, his desire to push the FD further was waning.  Which, given how much reverence he garnered with the times he was putting down, may be hard to believe.  The FD package was tuned so well, that Hiroki was achieving times faster than others that boasted hundreds more horsepower than him.

Despite these accolades, his interests began to point elsewhere.  It’s not that the FD was no longer enjoyable, or that he no longer saw the ability to improve, he was just simply pulled in a new direction; one that offered a fresh start, opportunities to learn, and a more modern canvas on which to create. 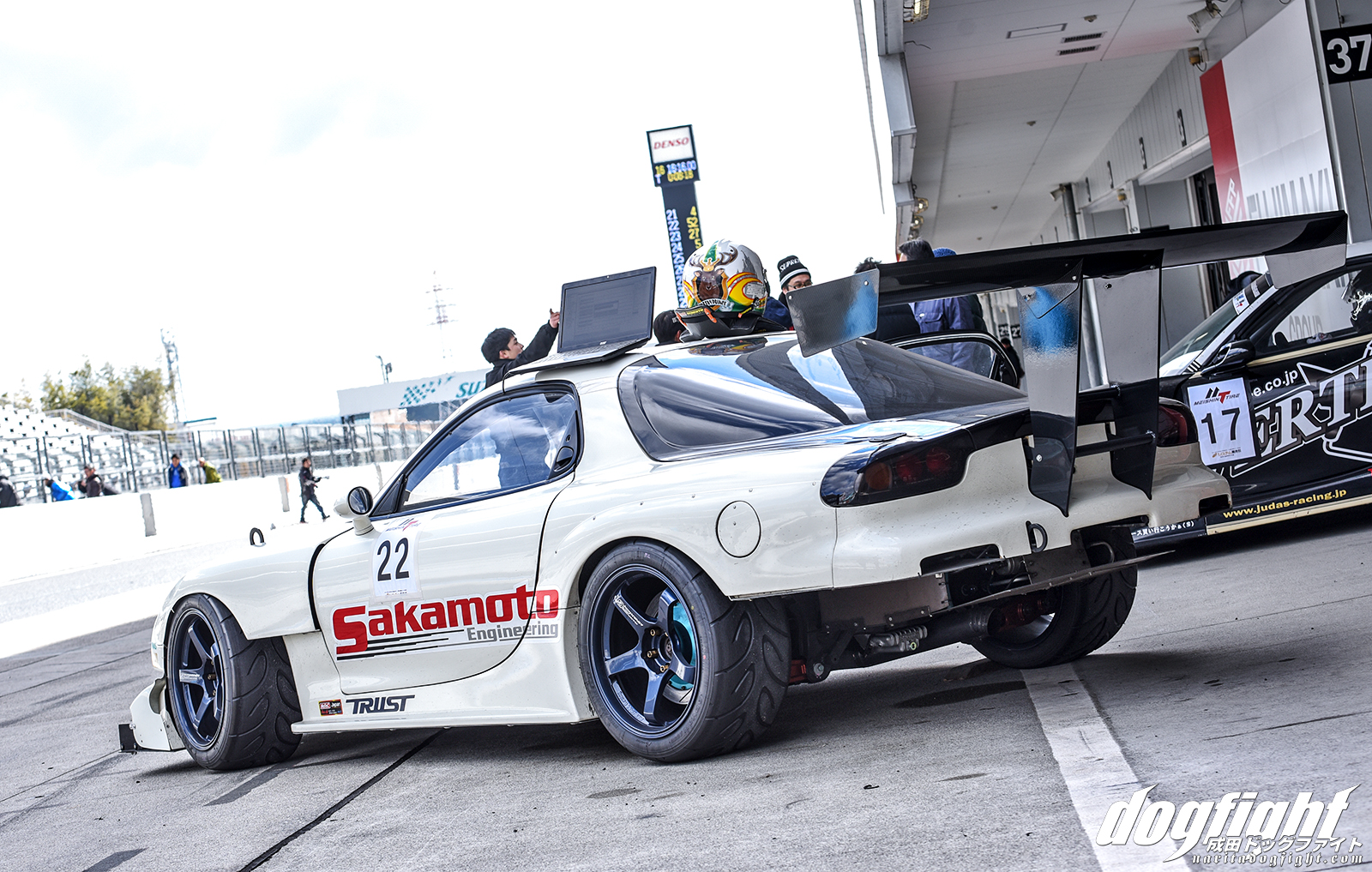 In the late 00’s when I was beginning to pay closer attention to time attack in Japan, Hiroki’s FD always drew my attention.  The graceful simplicity of the car, and how he was able to achieve more with less, are tuning sentiments that personally resonate with me. 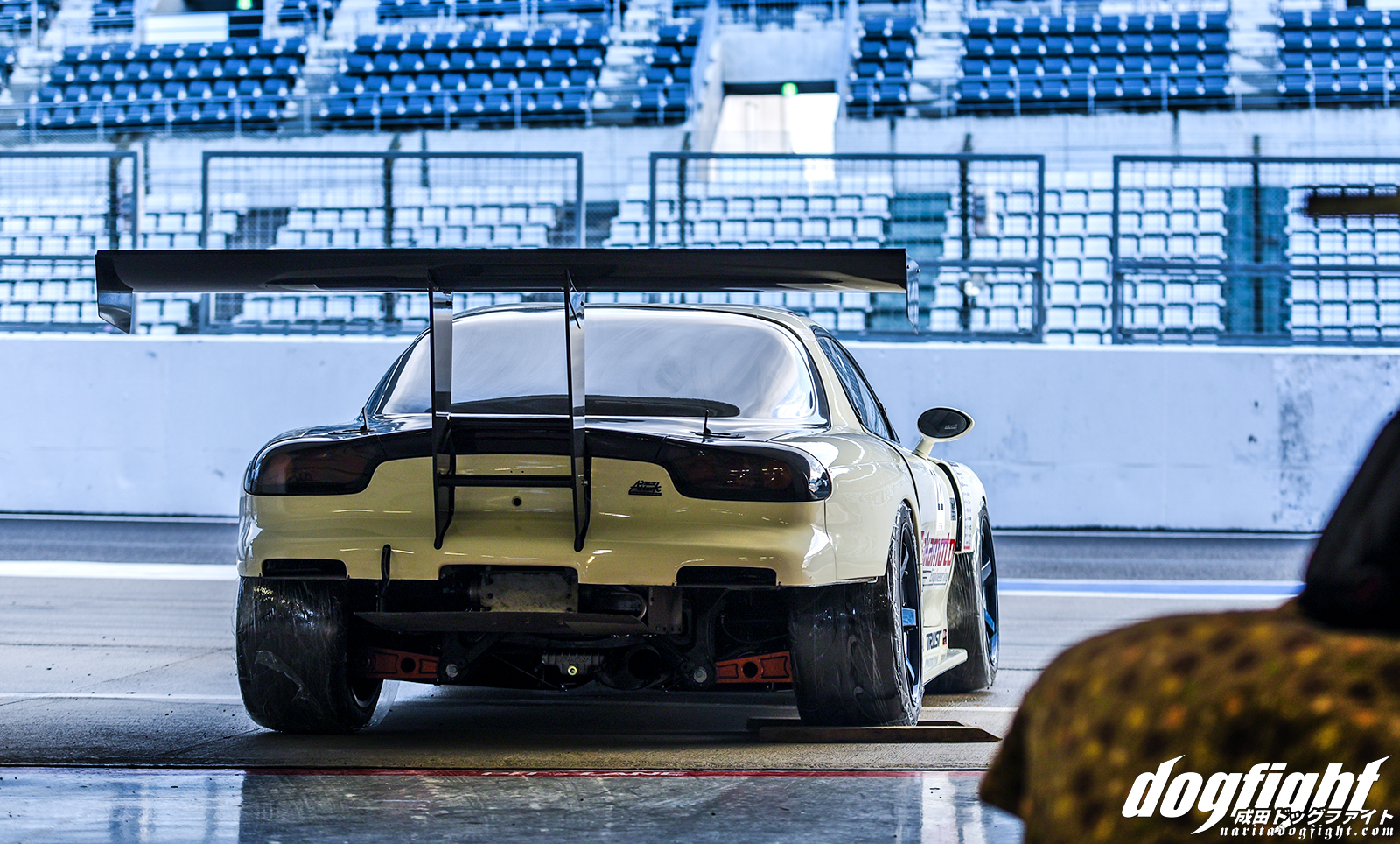 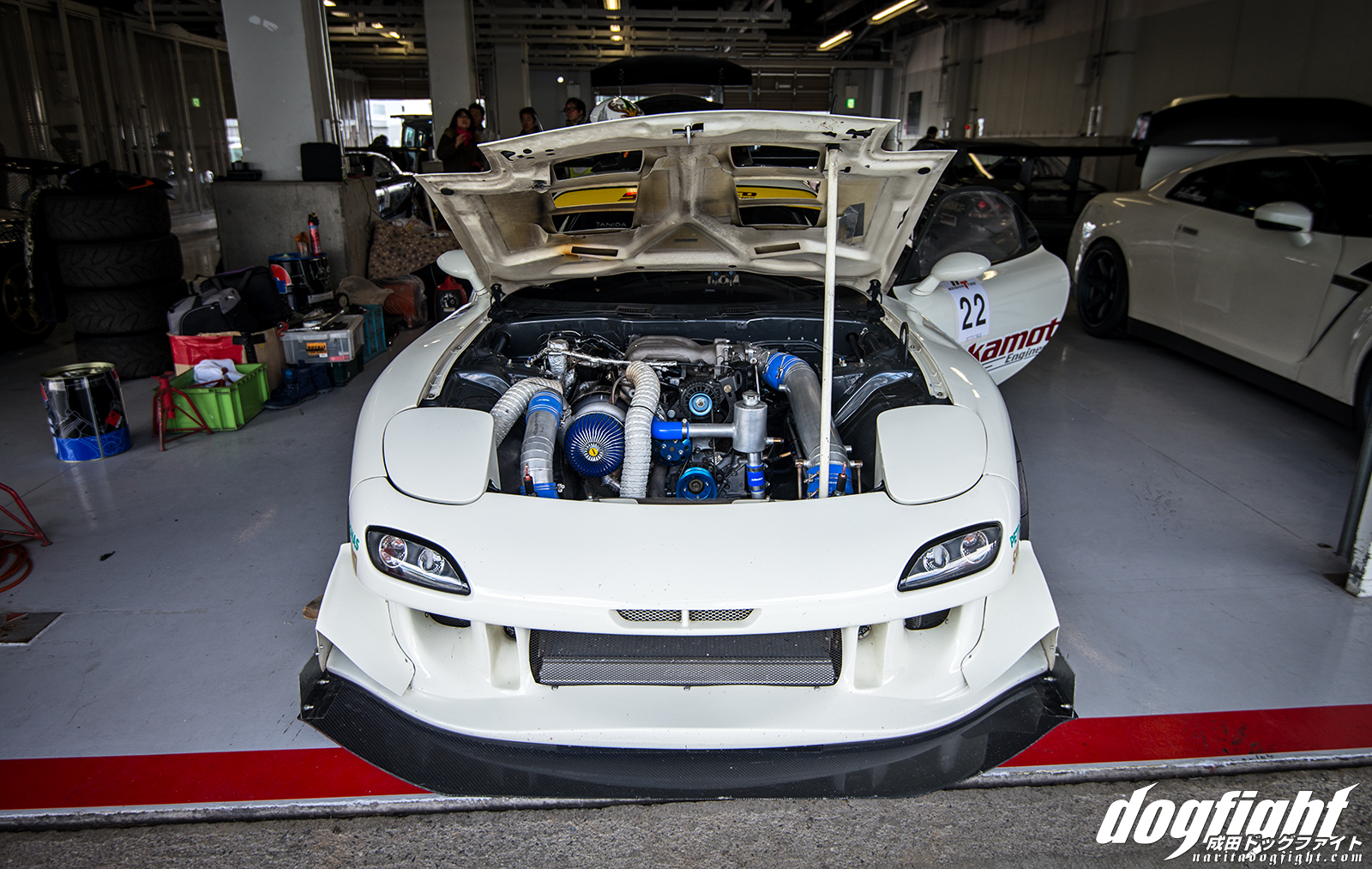 To date, I’ve yet to see a more clean and organized rotary engine bay.

It’s hard to imagine walking away from such a comprehensive platform like this to completely start over, but people like Hiroki are a rare breed.  Having long been close friends (15+ years) with Friends Racing owner Toru Inose, Hiroki had begun growing more and more fond of building a newer chassis.  Seeing what Inose had been doing with the S15 and VAB opened up an entirely new world for him.  He wanted to take some of the unique facets of Inose’s tuning style and incorporate them into his own.  Inspired by these new possibilities, he chose to abandon the FD, adopt a new Toyota, and set out to build the ultimate 86.

“I think so too; it is important to challenge with a new car.” Haji wrote, echoing my sentiments about Sakamoto’s decision to no longer campaign his FD.

And now, after 3 years of planning, execution, and testing, we are beginning to see the product of Sakamoto’s absence. 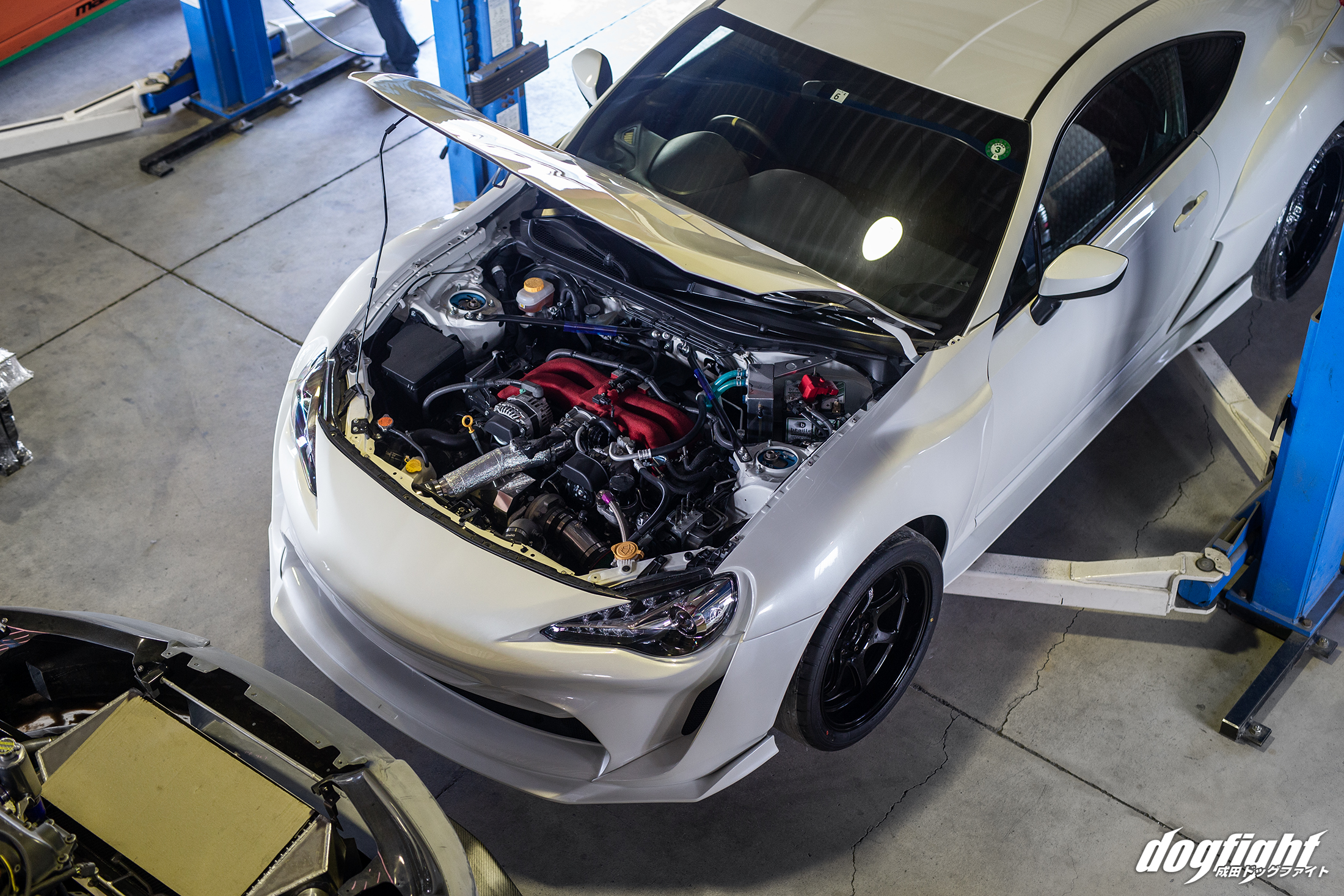 While plans are all but solidified for this build through the next 2 or 3 Attack seasons, the car for now is still very much in a street specification; even maintaining its registration.  There is only so much you can do with the power levels of this motor in it’s normal configuration, Hiroki noting that it’s best to continue testing in it’s stock format.  He learned this early on when experimenting with increased boost and anti-lag on the stock engine; it broke almost immediately.

For now, the engine remains stock with the exception of a HKS bolt-on turbocharger, with boost levels capped at very conservative levels.  Tuning is handled via a Motec M1 ECU and puts the power level right around the 300ps mark for now.  An ECU as powerful as the M1 unit may see overkill for a car like this, but keep in mind Hiroki’s tuning philosophy; quality over quantity, and there’s no point in using a lesser ECU for now given the plans for the car in the near future. 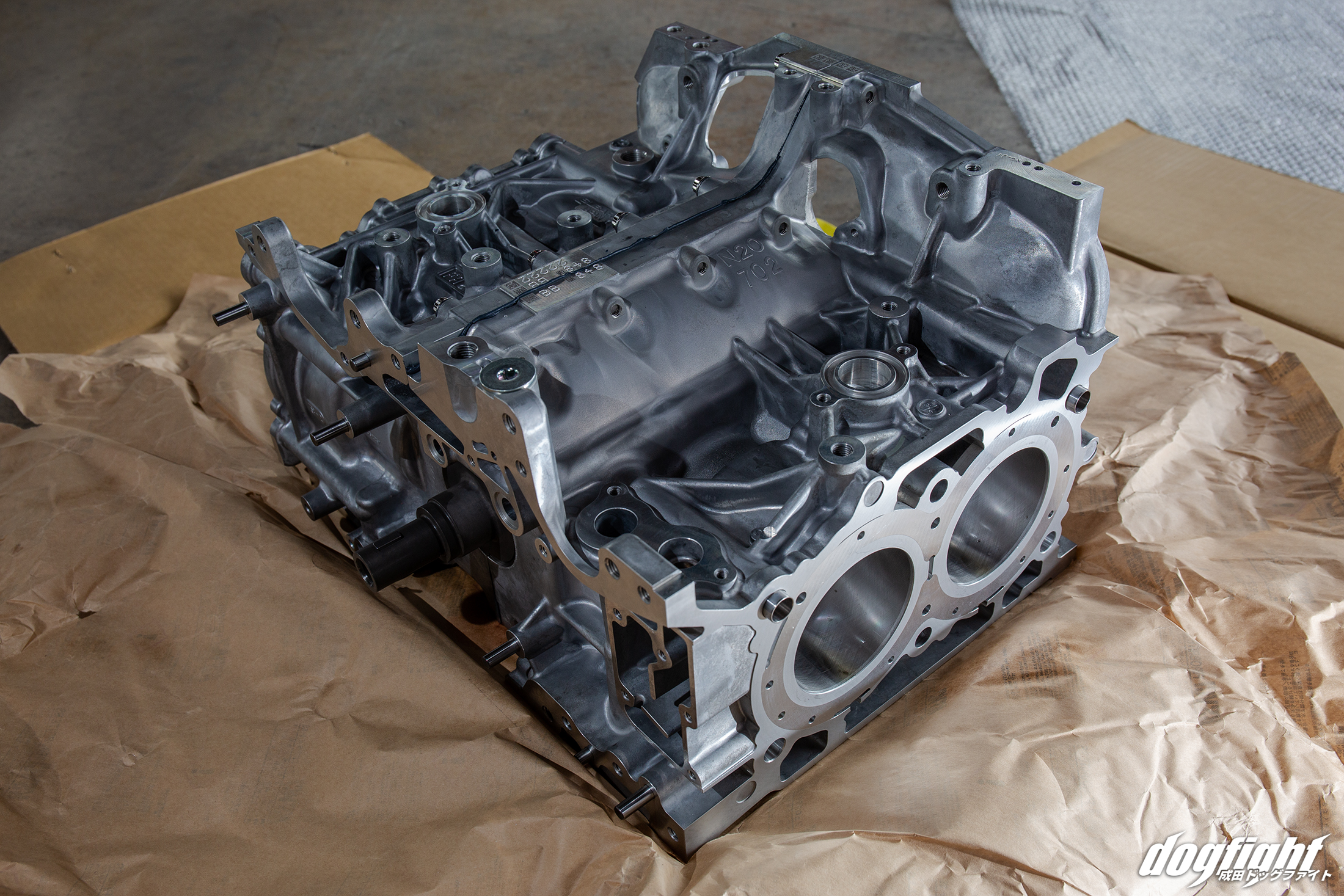 And well, here is, the plan, as it were; a completely new HKS 2.2 liter engine that will boast original modifications per Sakamoto’s specifications.  Drawing on his experience in building the FD3S, he will apply the same methodology of useable high power and lightweight that made his previous campaign so successful.  When it is all said and done, with this new motor at the heart of the build, Sakamoto is planning for over 500ps in a chassis that weighs less than 1,000kg.

The motor is slated to be finished over the Summer in time for the 2022 season.  I for one can’t wait to see him back on track. 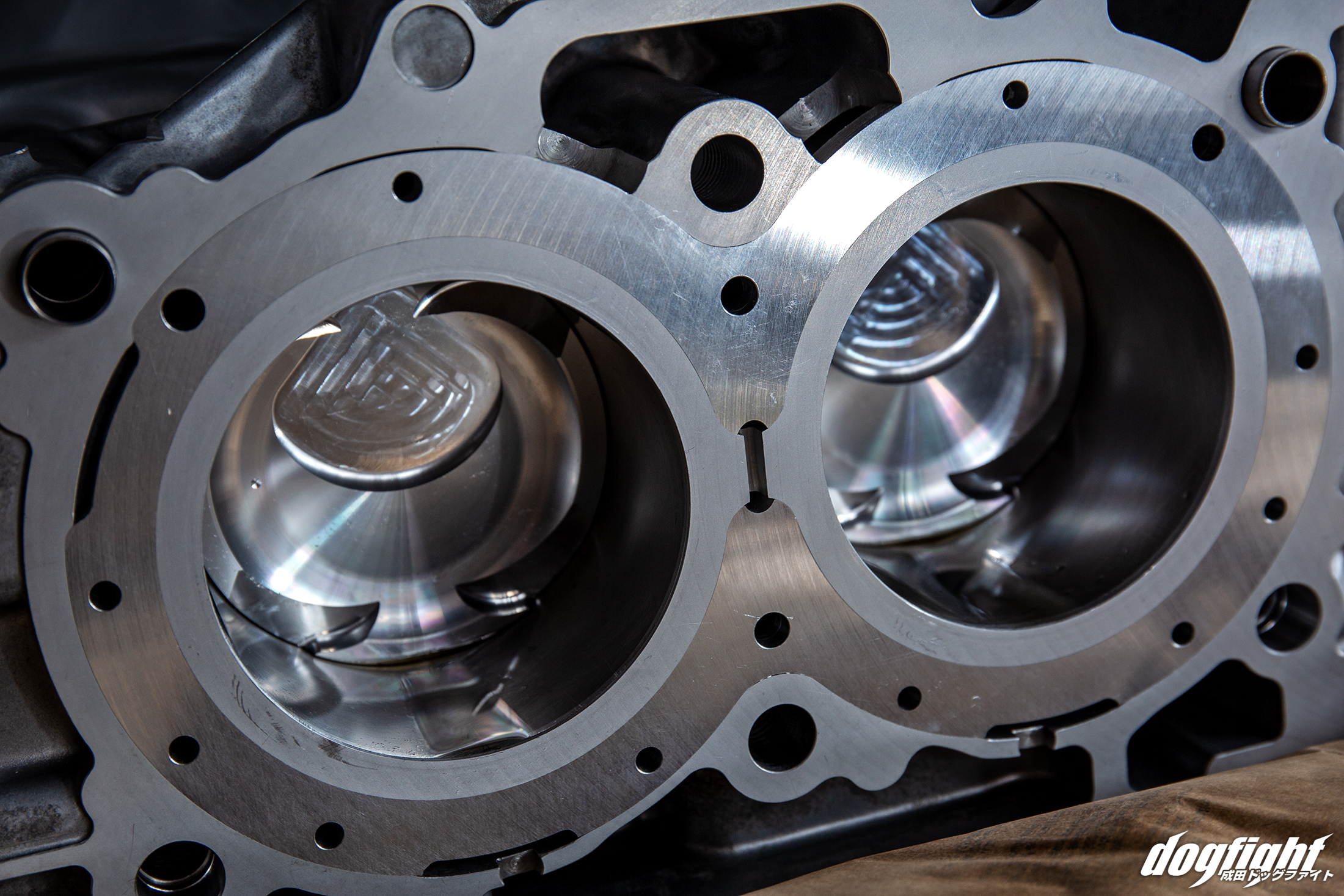 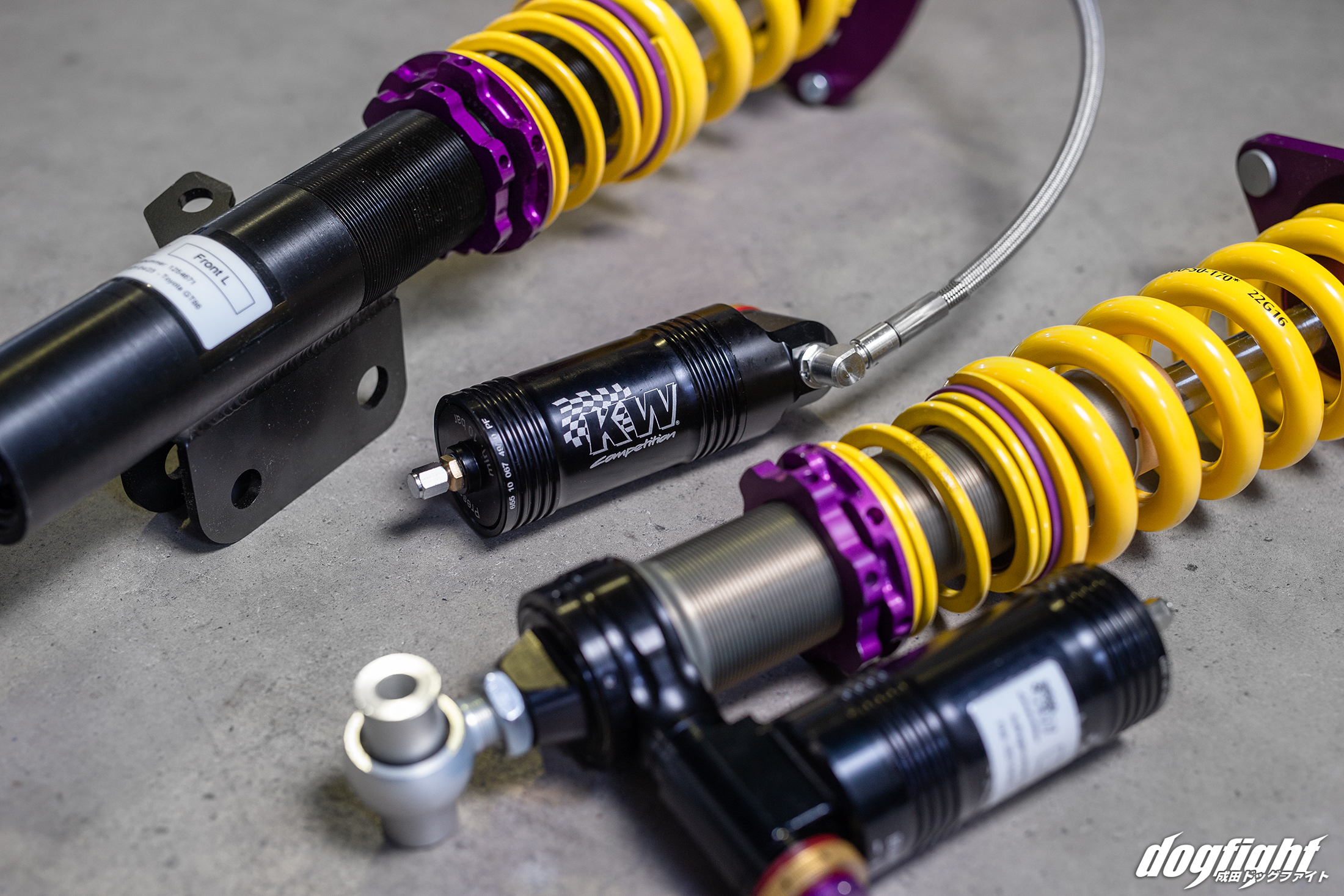 A set of KW Competition 3A EXR, in custom specification, paired with Ikeya Formula arms are tasked with keeping the car planted on track.  KW, while proven globally, is a damper you don’t see often in Japanese motor sport so I was surprised to see such a choice.  However, having used them personally, and talked with people who work closely with the company, I understand the thought process that went into selecting these over a more common choice.  The Competition 3A EXR is KW’s highest performing damper. 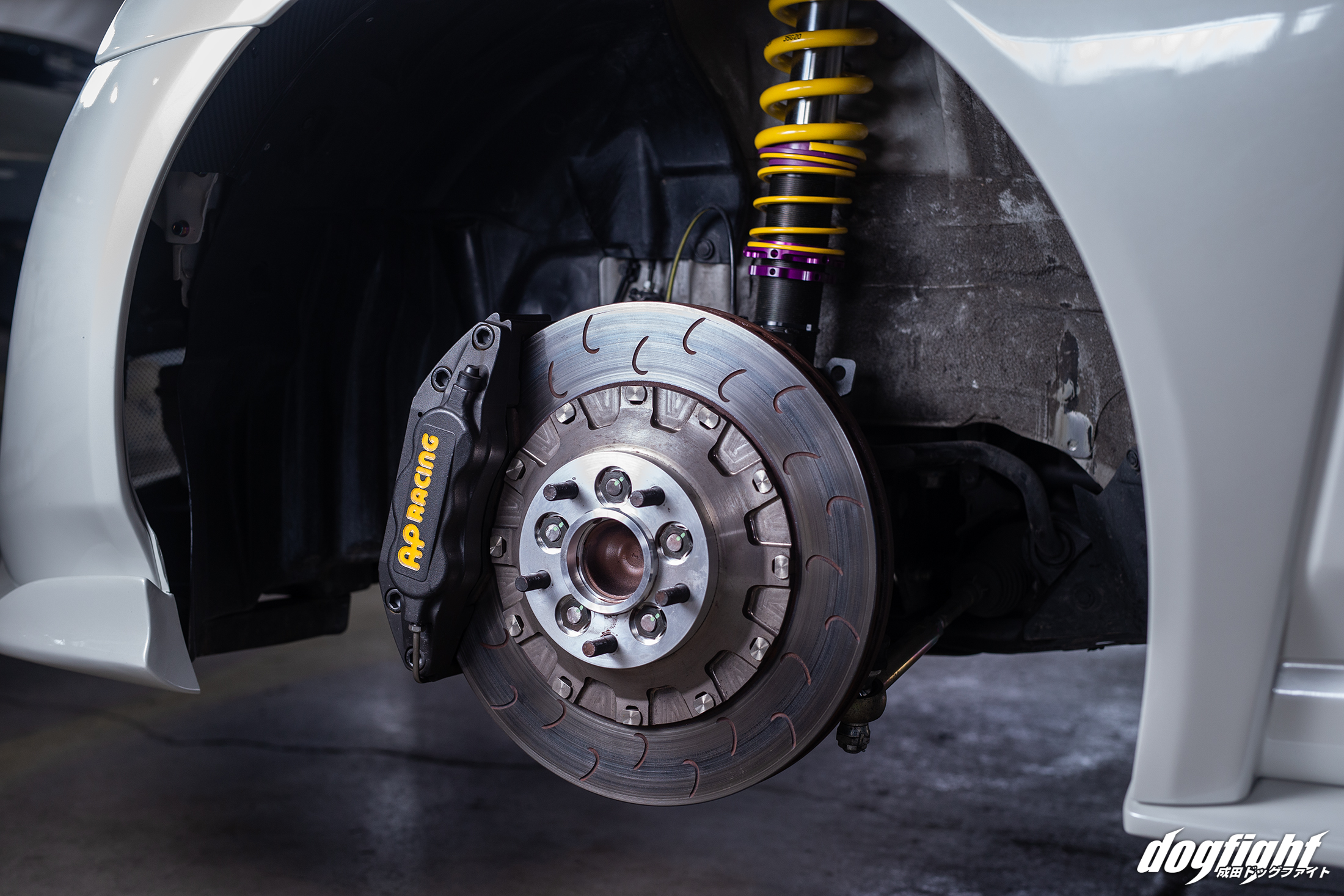 With the added power on deck, the stock brakes have been upgraded to AP Racing 6 pot front and 4 pot rear, with two piece slotted rotors. 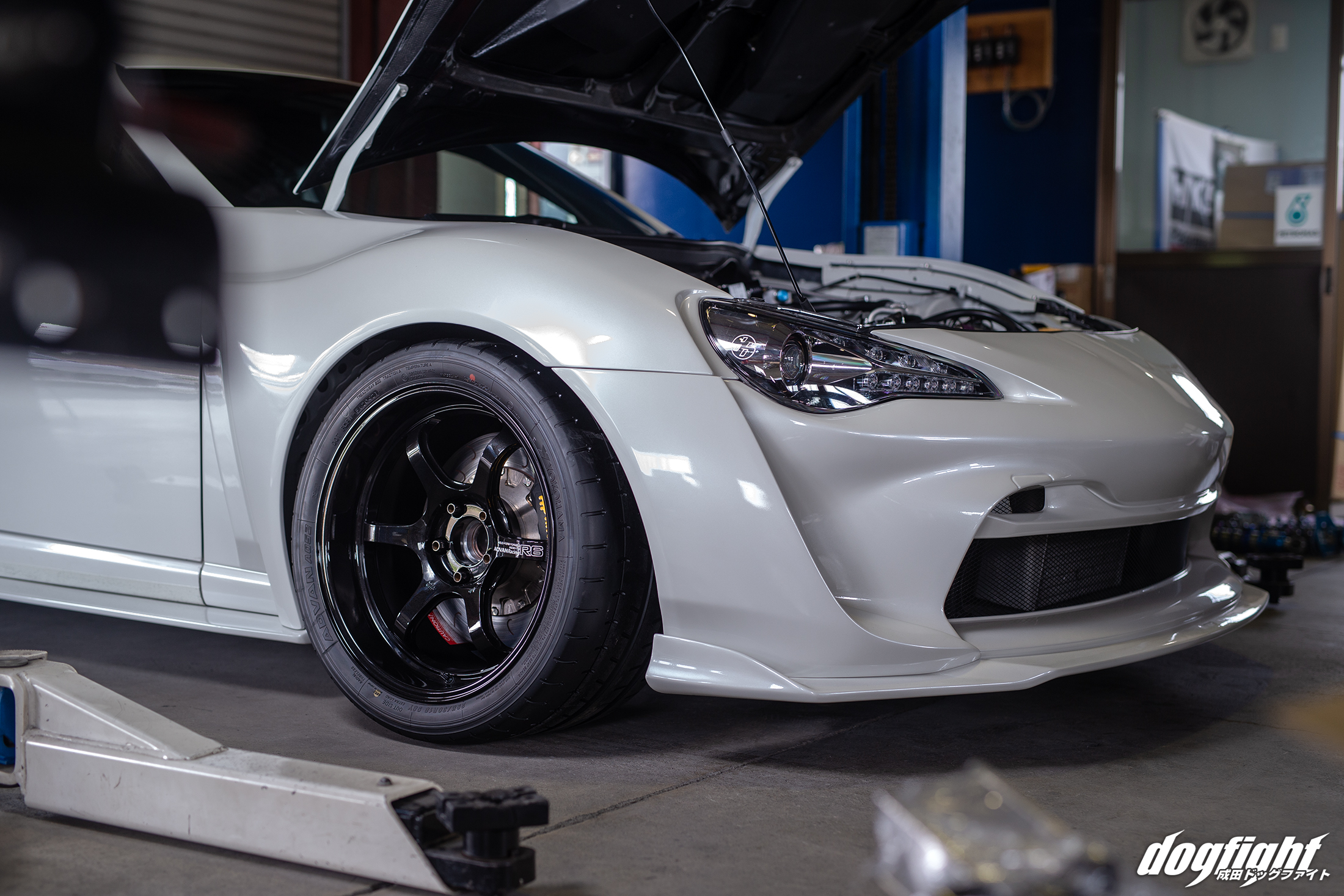 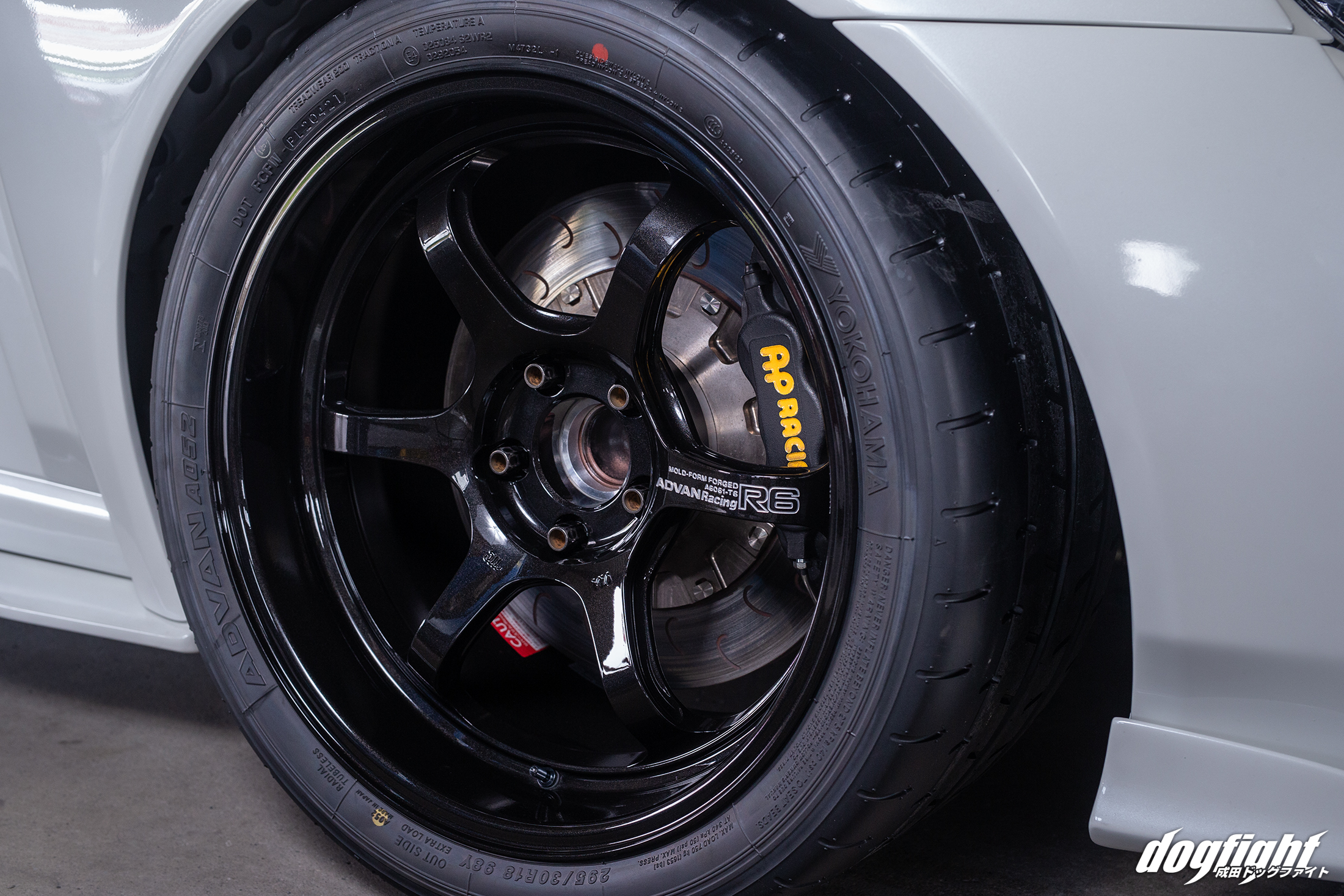 A set of 295/30 series Advan A052 tires, mated with Advan Racing R6 wheels in 18×10.5J can be found at all four corners.  The A052 compound quickly becoming a favorite globally for a fast street tire, was the perfect choice for testing the new build. 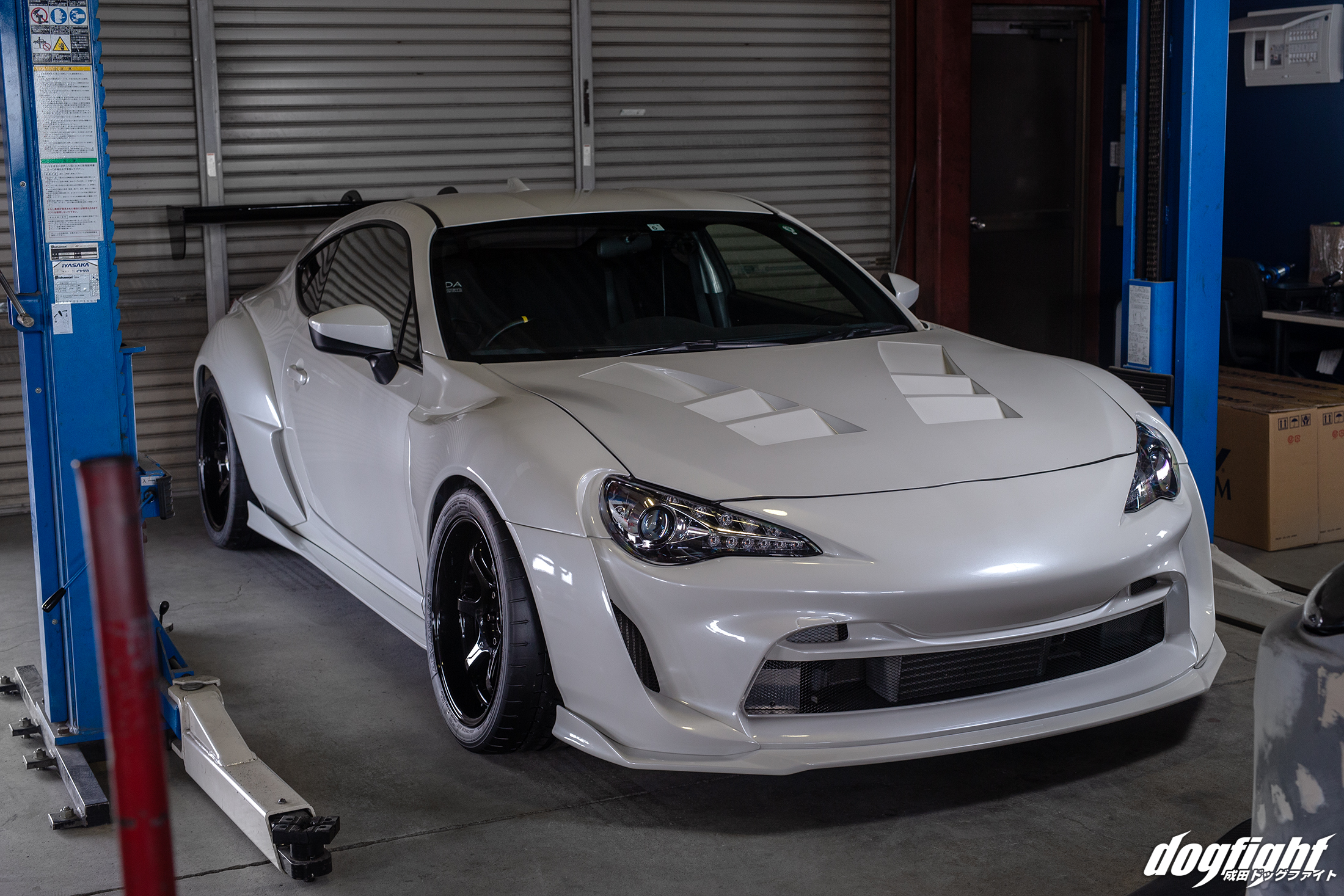 The complete car, as it stands now, at the Sakamoto Engineering shop.  The ZN6 is adorned in full Artisan Spirits ARS GT widebody aero, topped off with an 1800mm  SARD GT Wing at the rear.  The front fenders add a very generous 50mm, while the rear provides an extra 80mm of width; the resulting look of the car is much more aggressive. 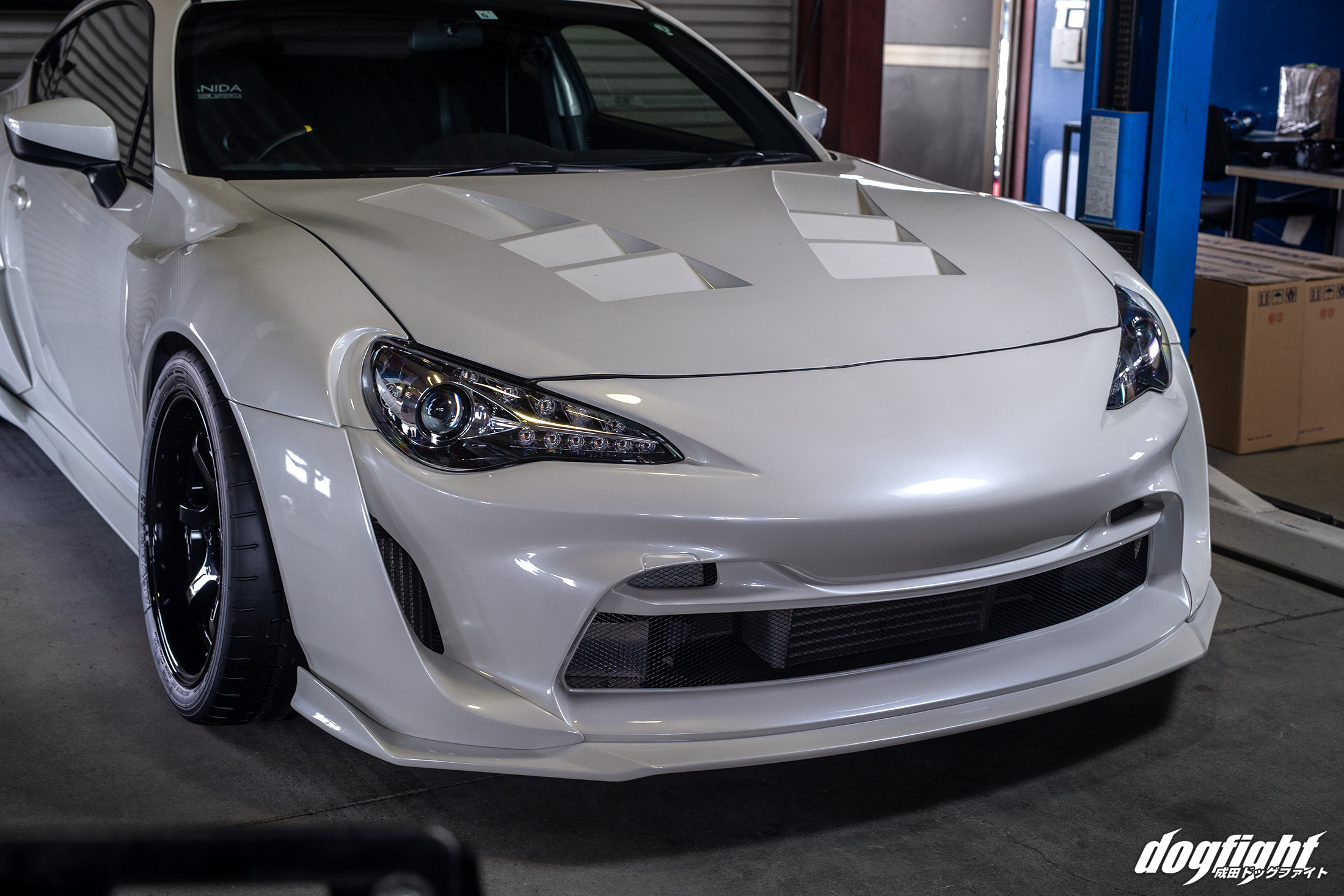 The intercooler of the HKS kit peeks through the Artisan Spirits bumper. 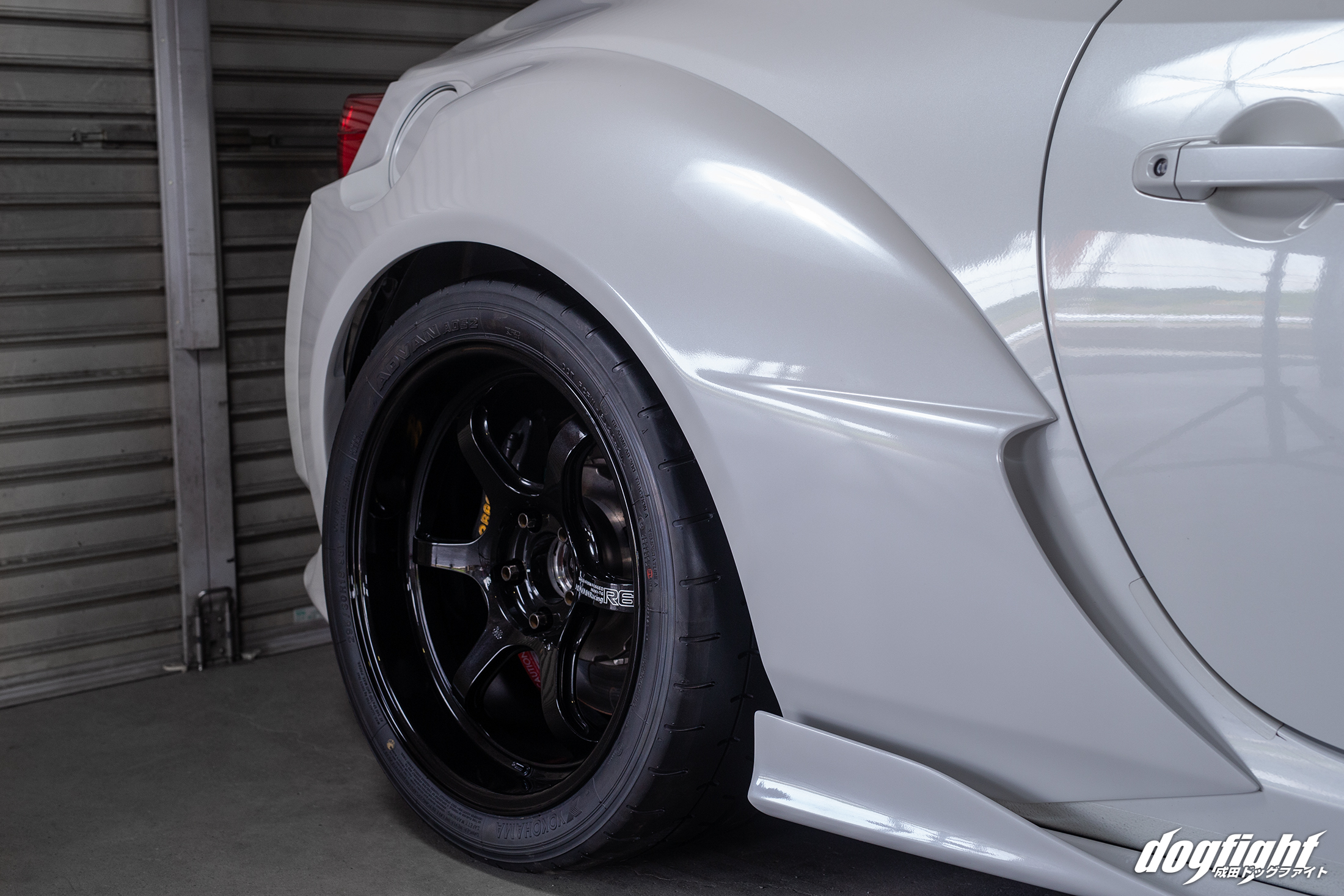 A close up shot of the 80mm rear fenders. 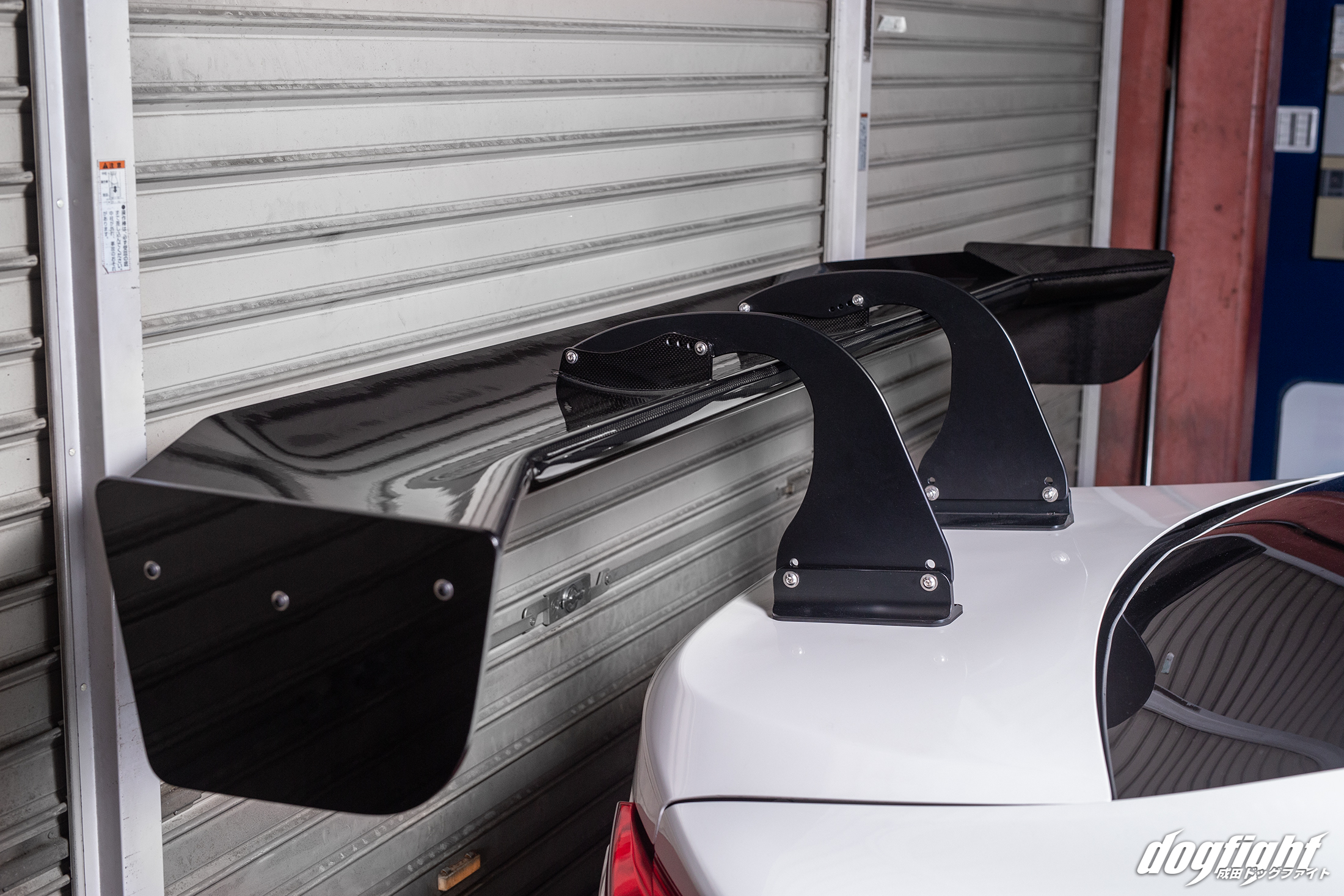 SARD carbon GT wing, mounted to the dry carbon trunk.  Hiroki has also replaced the cars roof with a dry carbon unit, dropping the weight even further and lowering the center of gravity.  The car in its current state weighs about 1300kg.  The plan is to cut another 300kg off of that. 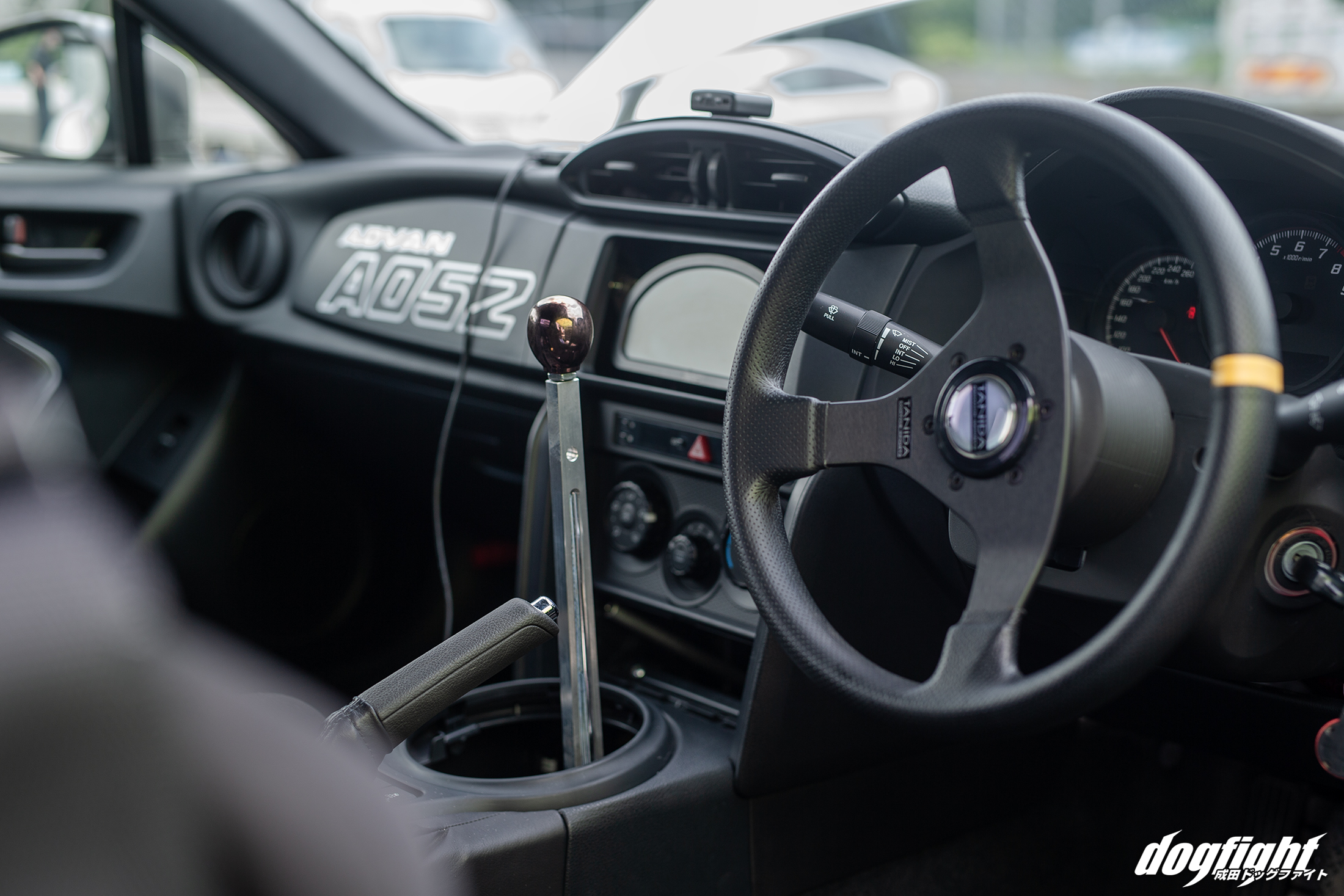 The interior remains mostly complete with the addition of the Motec dash and new shift lever that is part of the gearbox; a TTI 6-speed sequential.  The rear differential has also been outfitted with an ATS carbon type 1.5 way LSD.

A Tanida Motorsports steering wheel and a pair of Tanida fixed back bucket seats provide more stability on track. 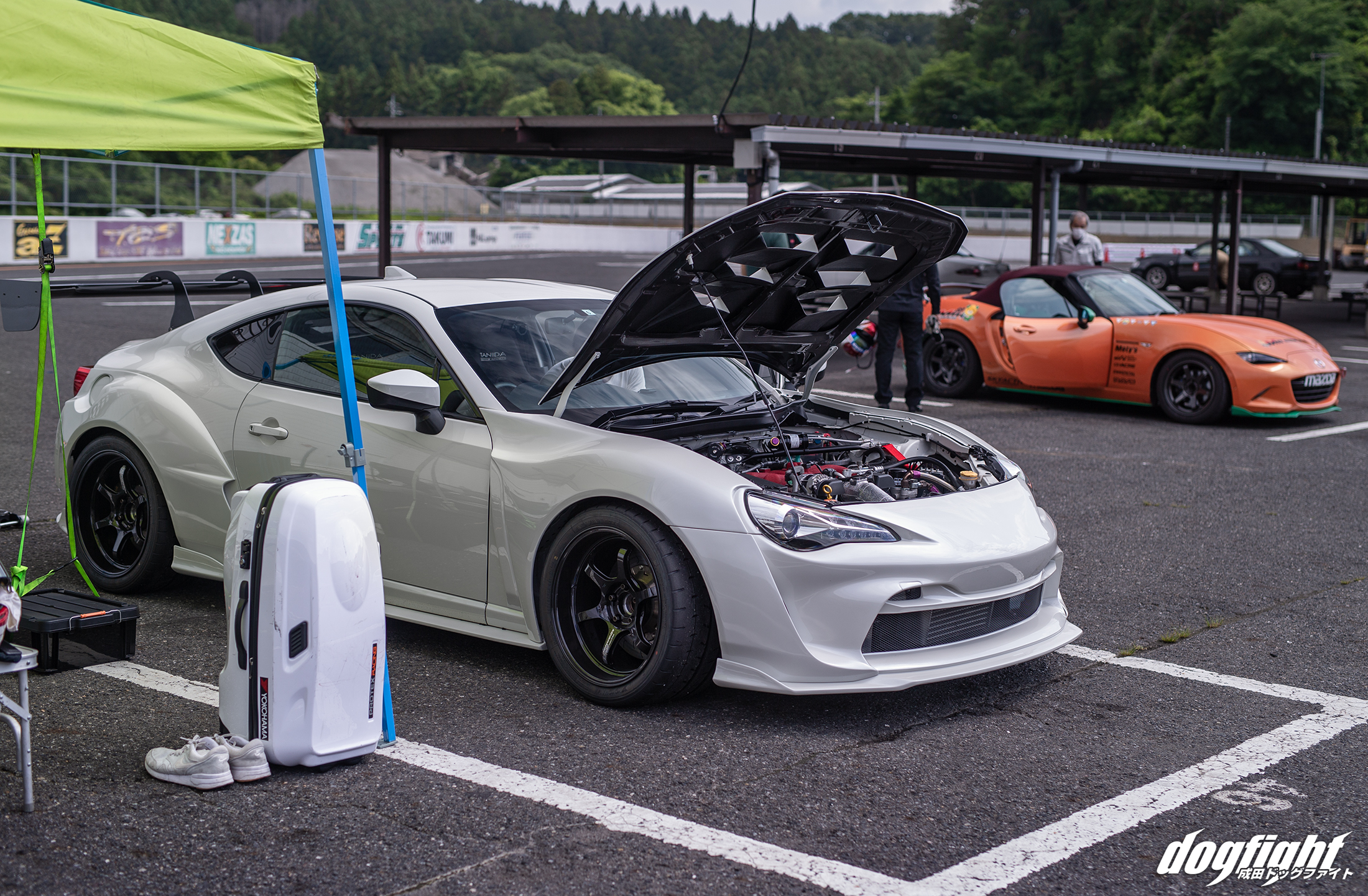 Haji met Sakamoto and his crew out at Nikko Circuit recently for some testing and data logging of the car. 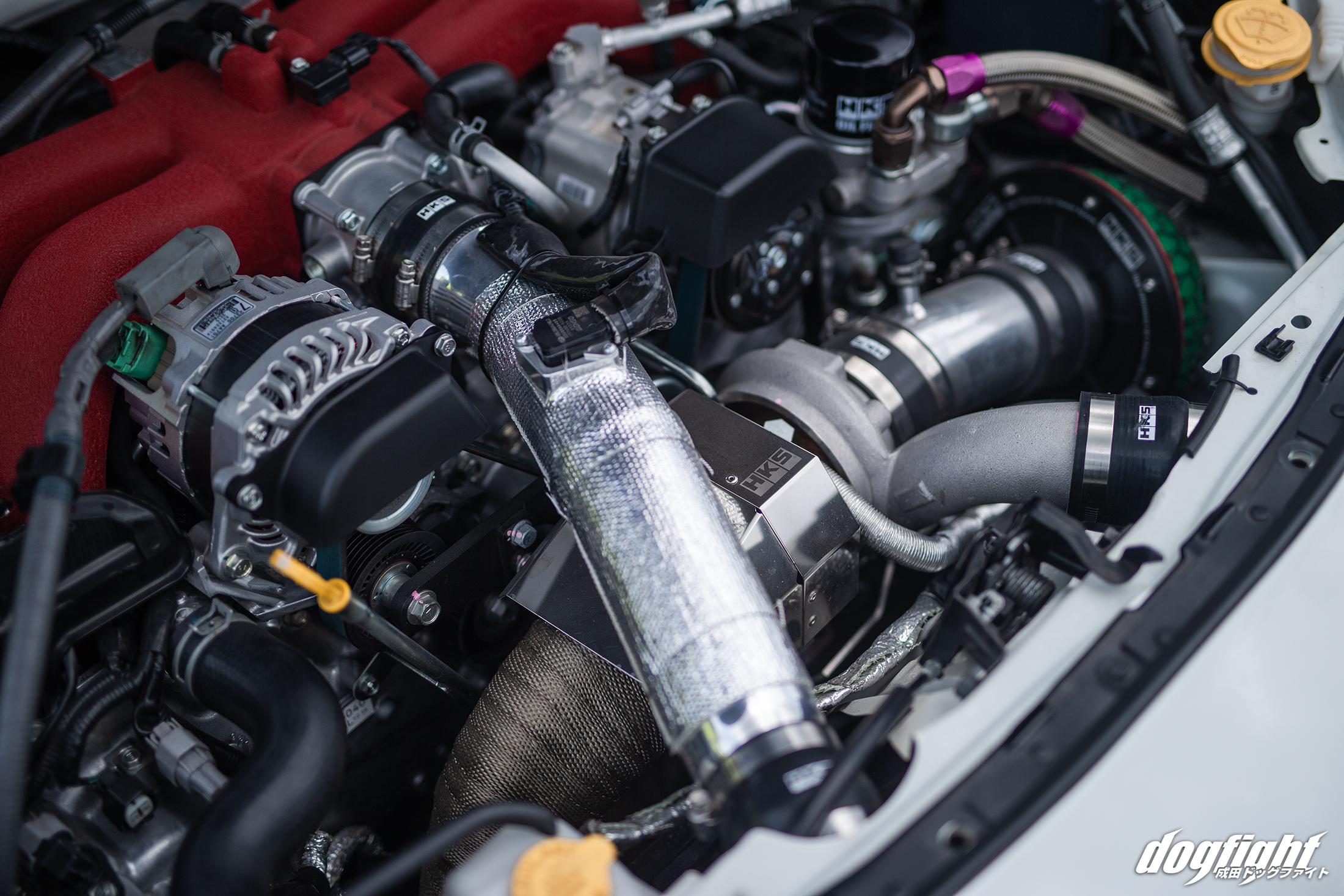 The HKS bolt on kit is very comprehensive and well planned out, as you’d expect from them. 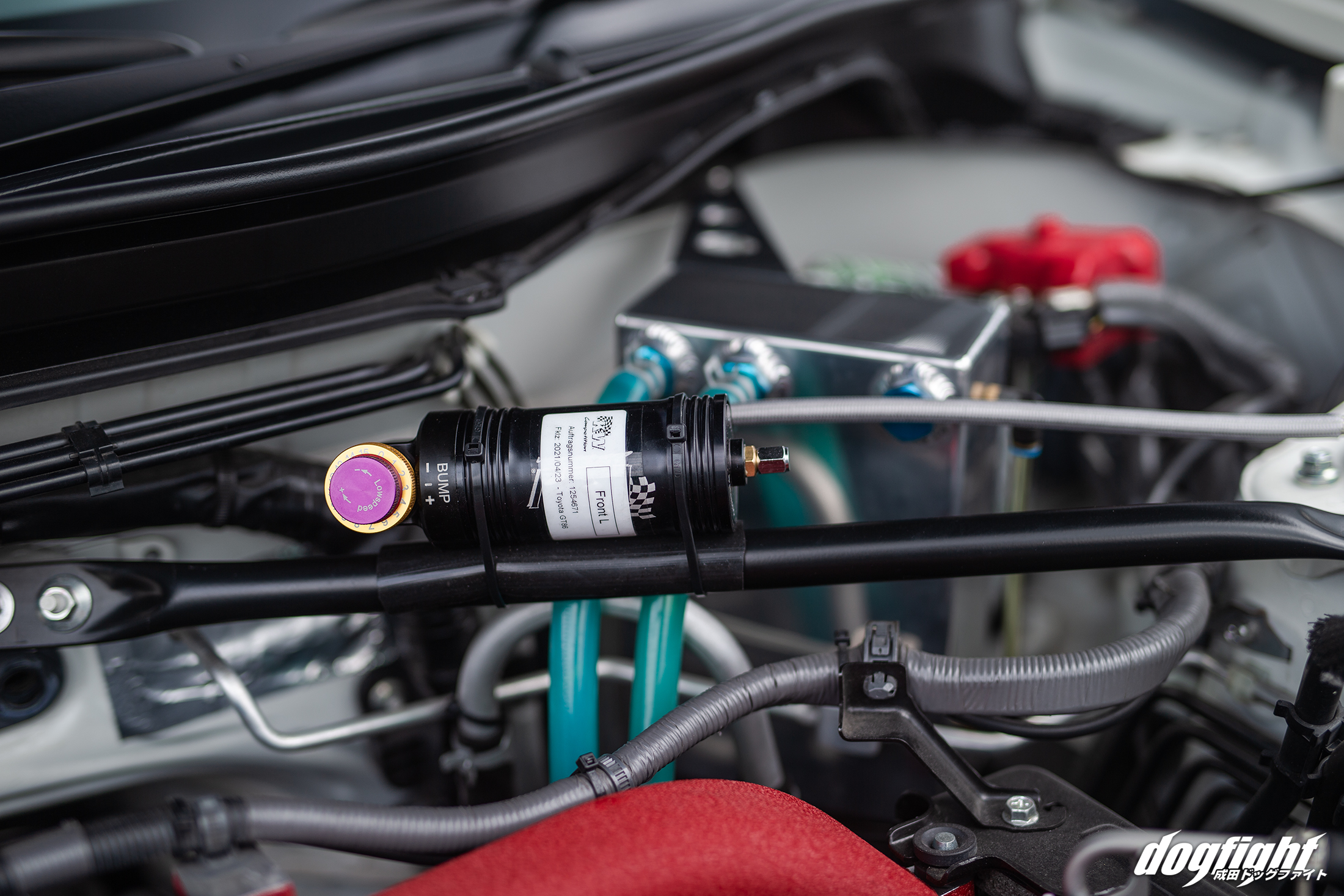 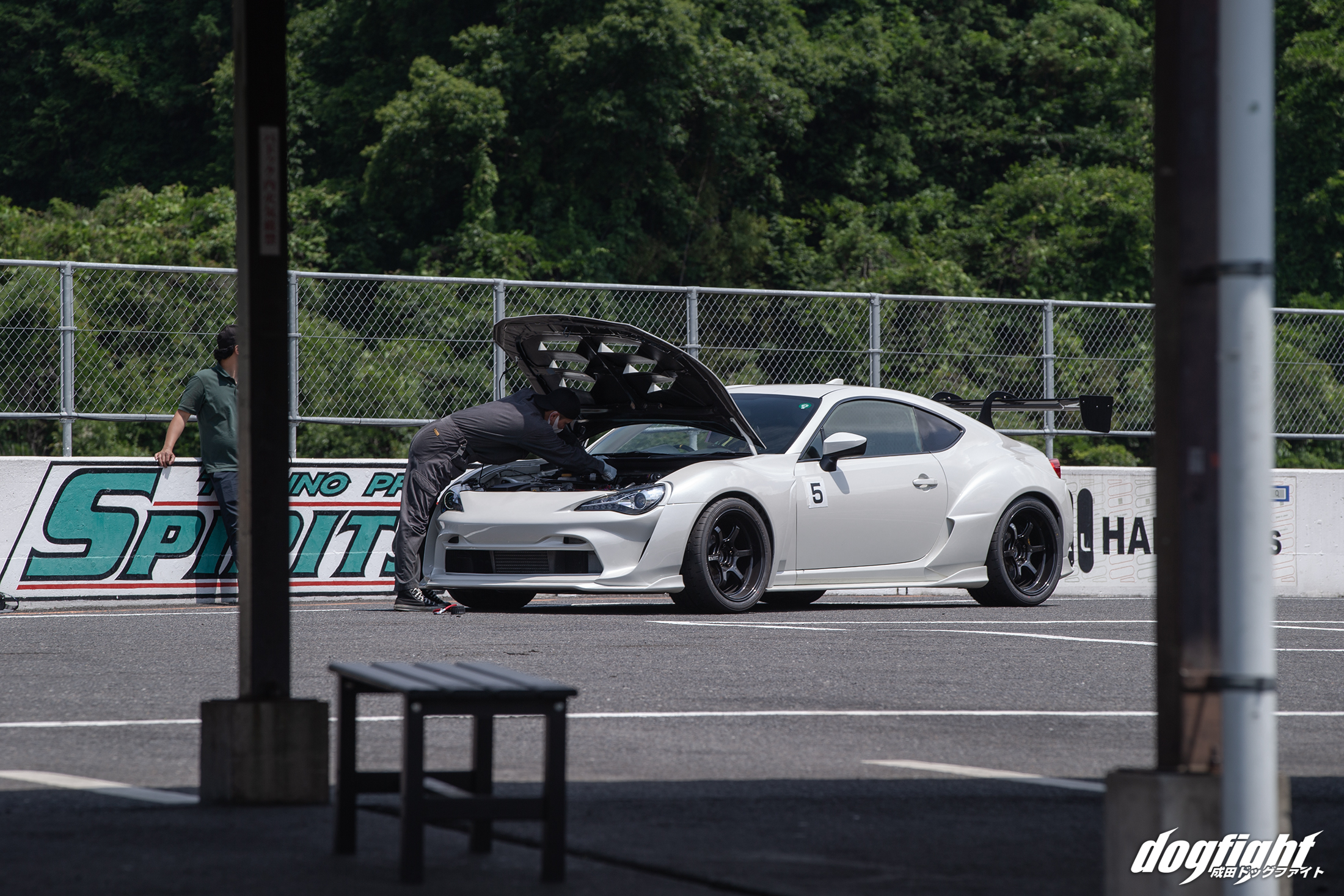 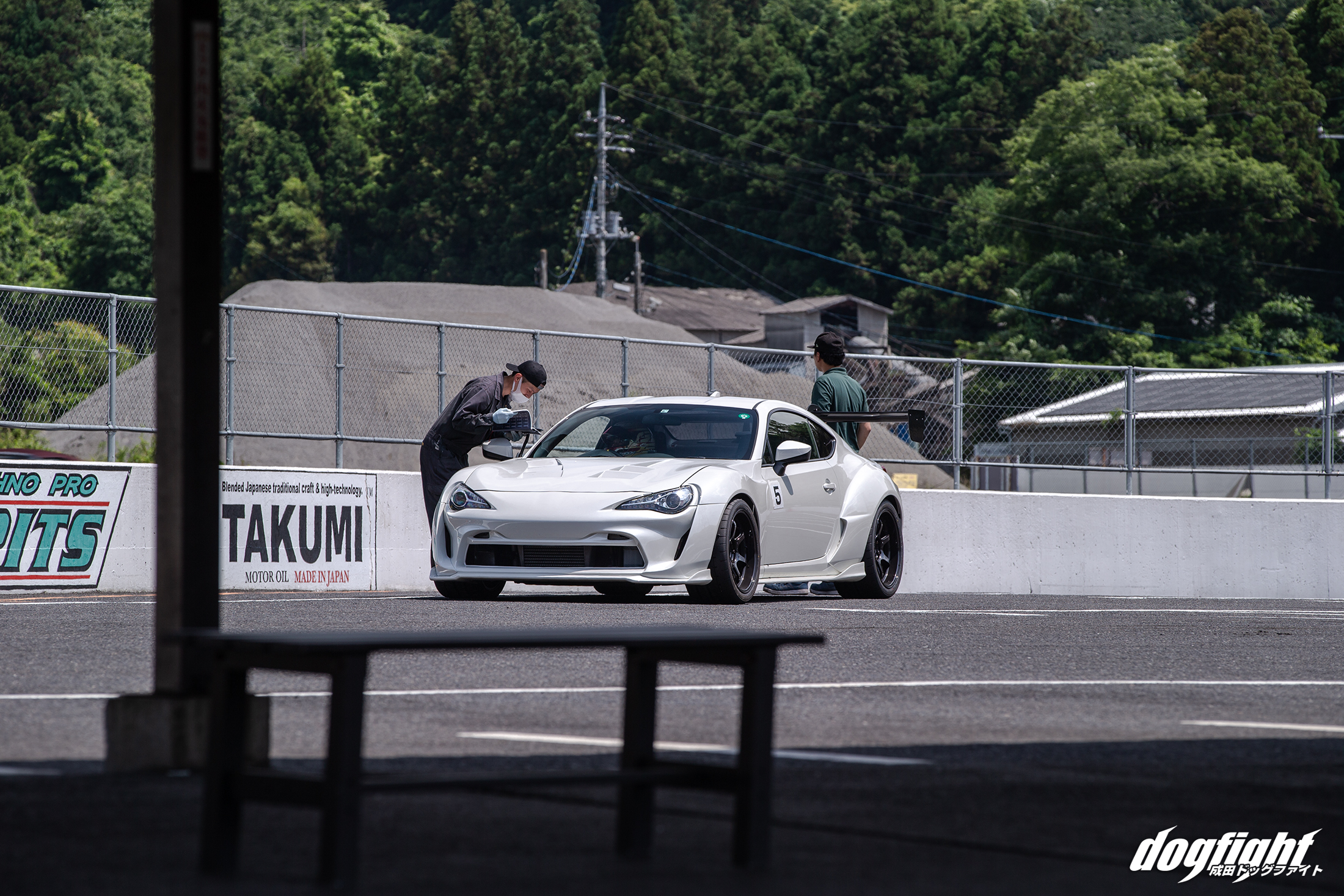 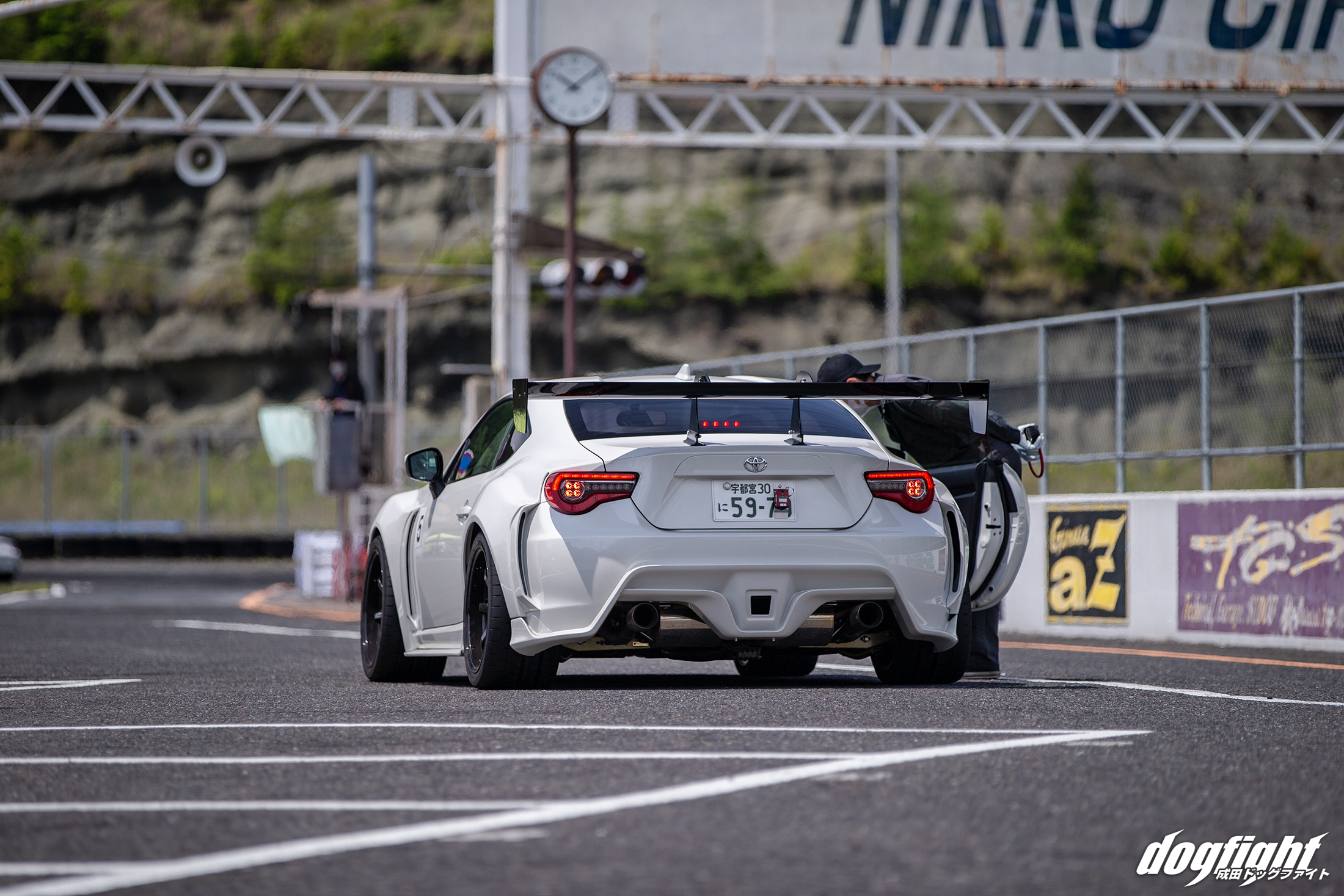 Hiroki put in several laps, often coming in for adjustments throughout the day.  On track the car look very stable.  Given the current component upgrades, tire size and compound, and power level, you would expect the car to handle very predictably.  Enjoy the trackside photos below. 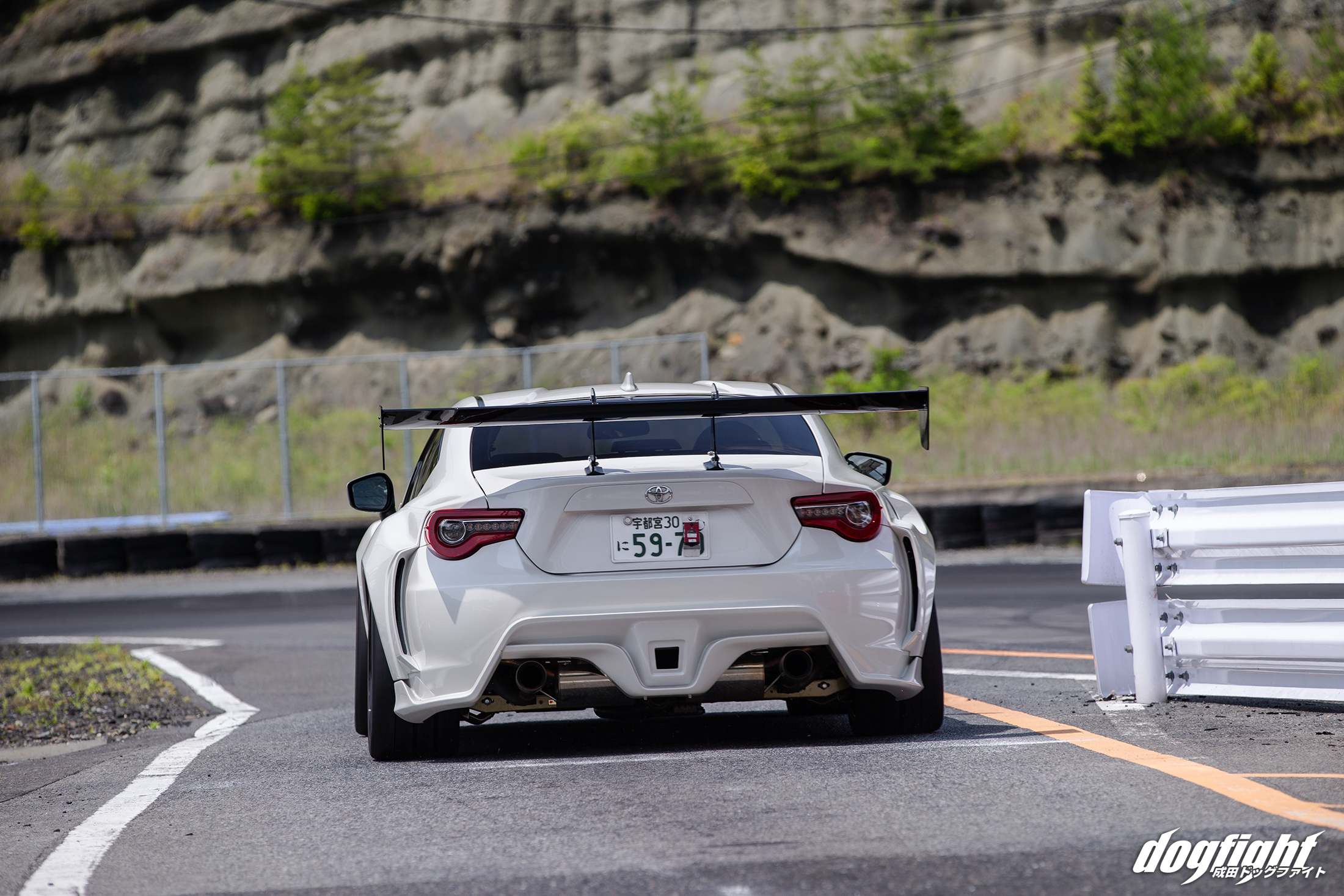 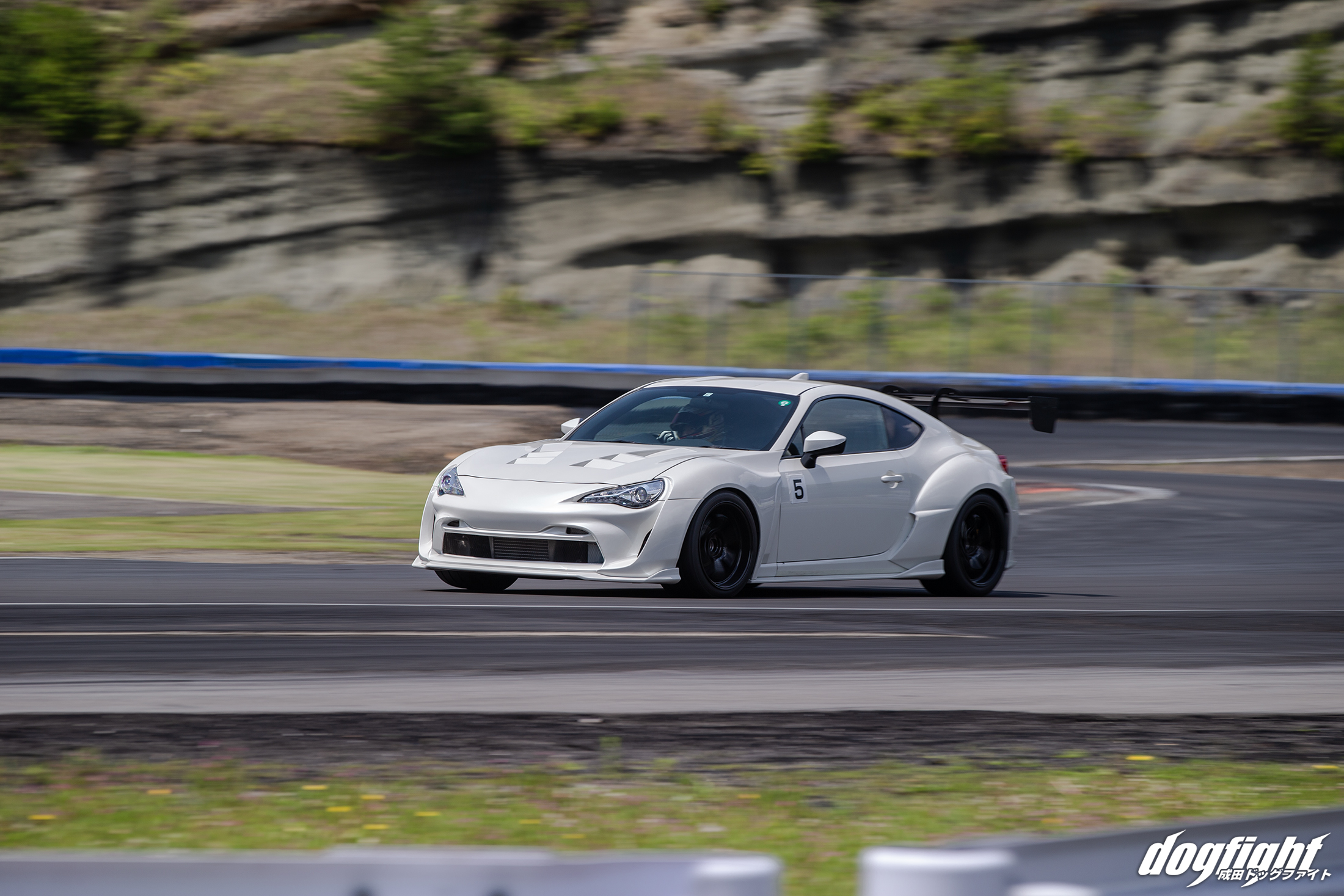 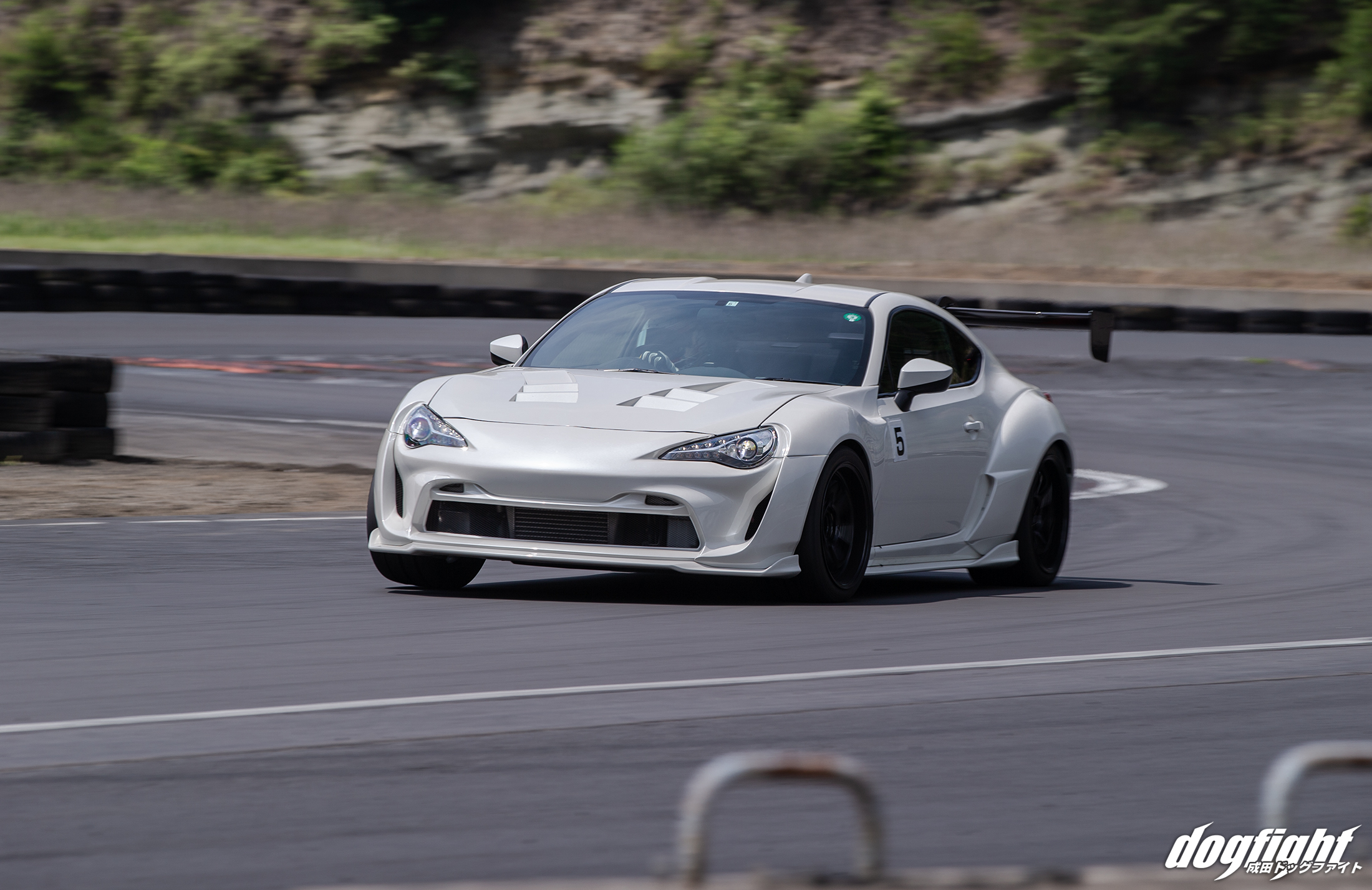 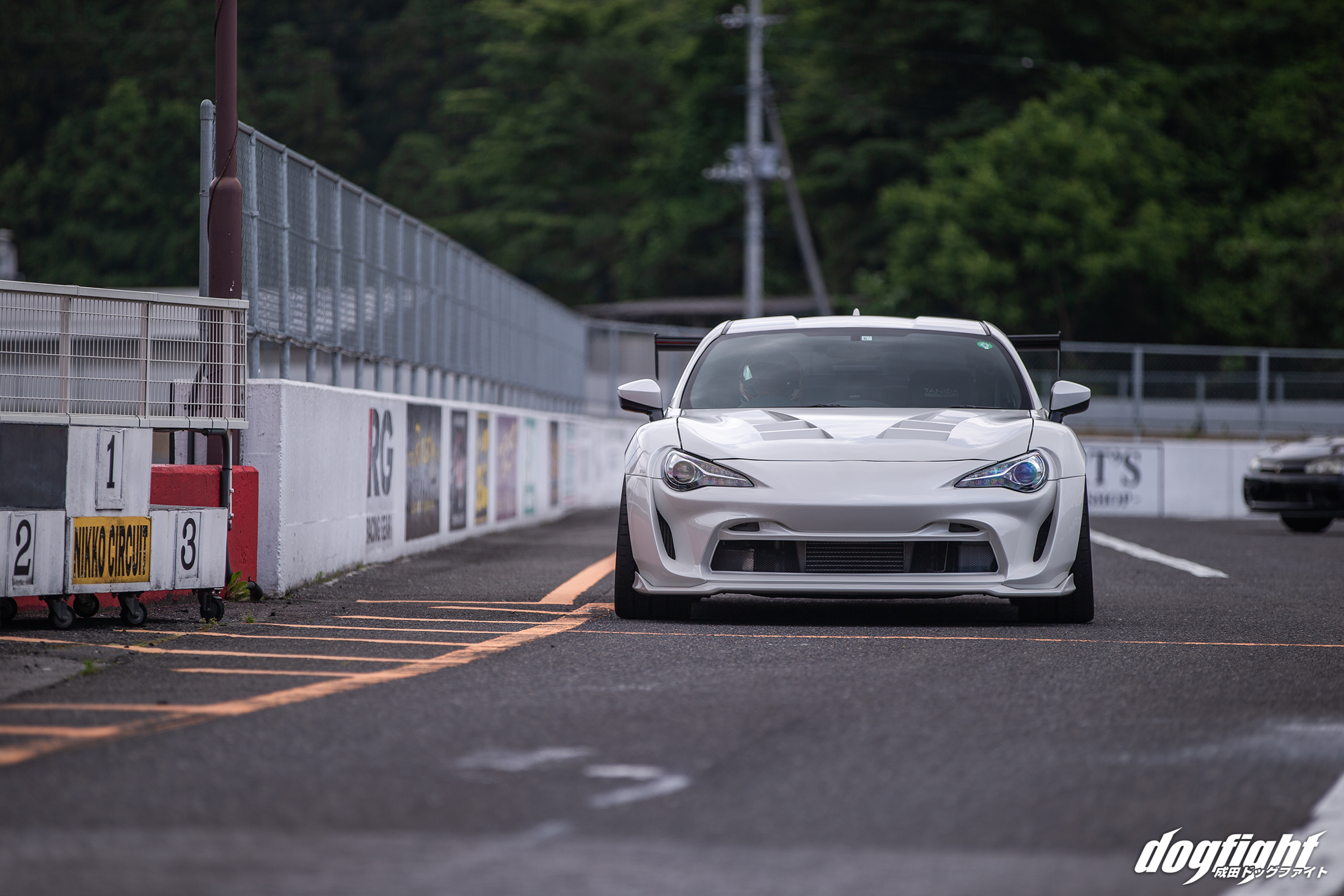 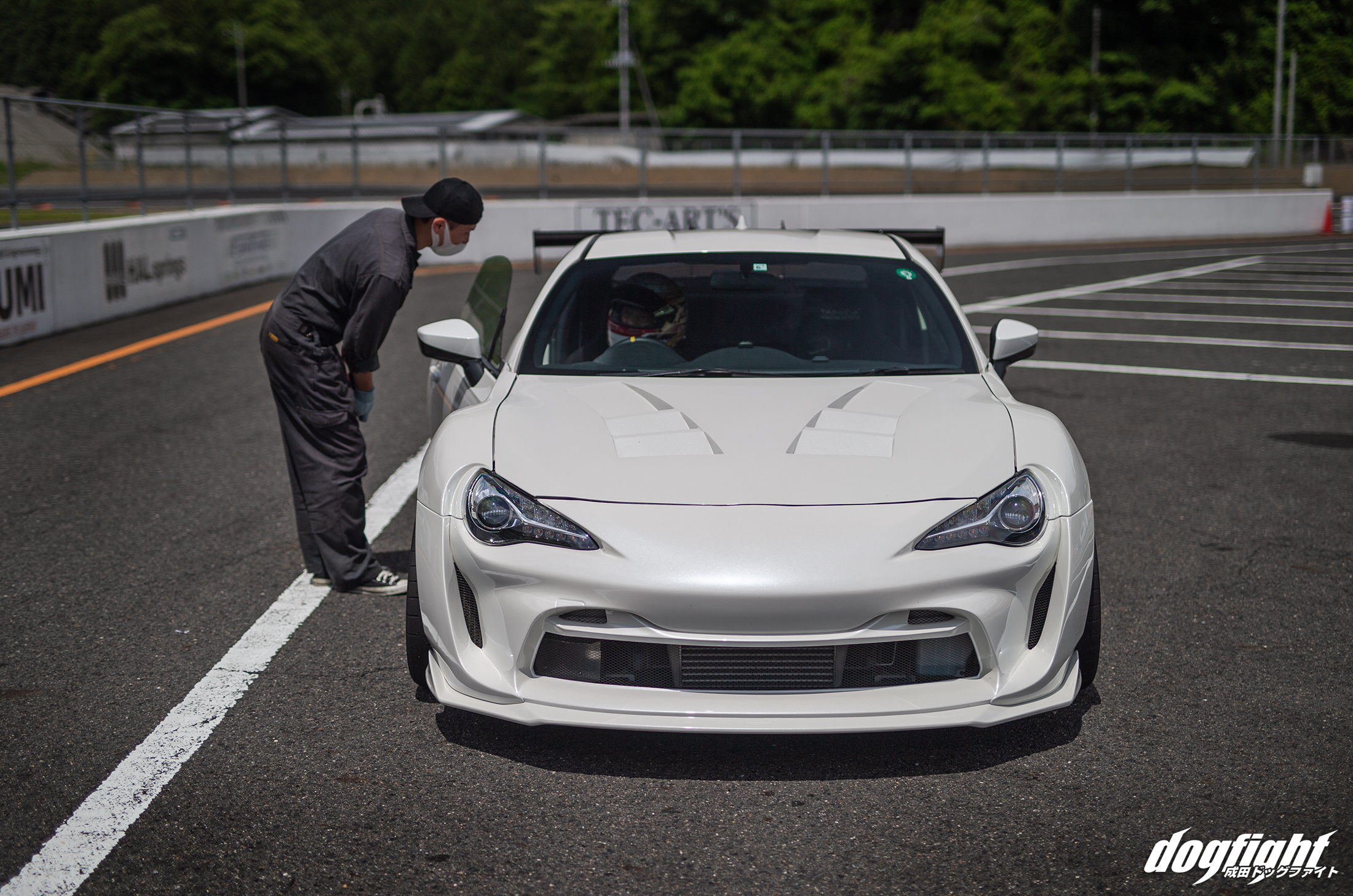 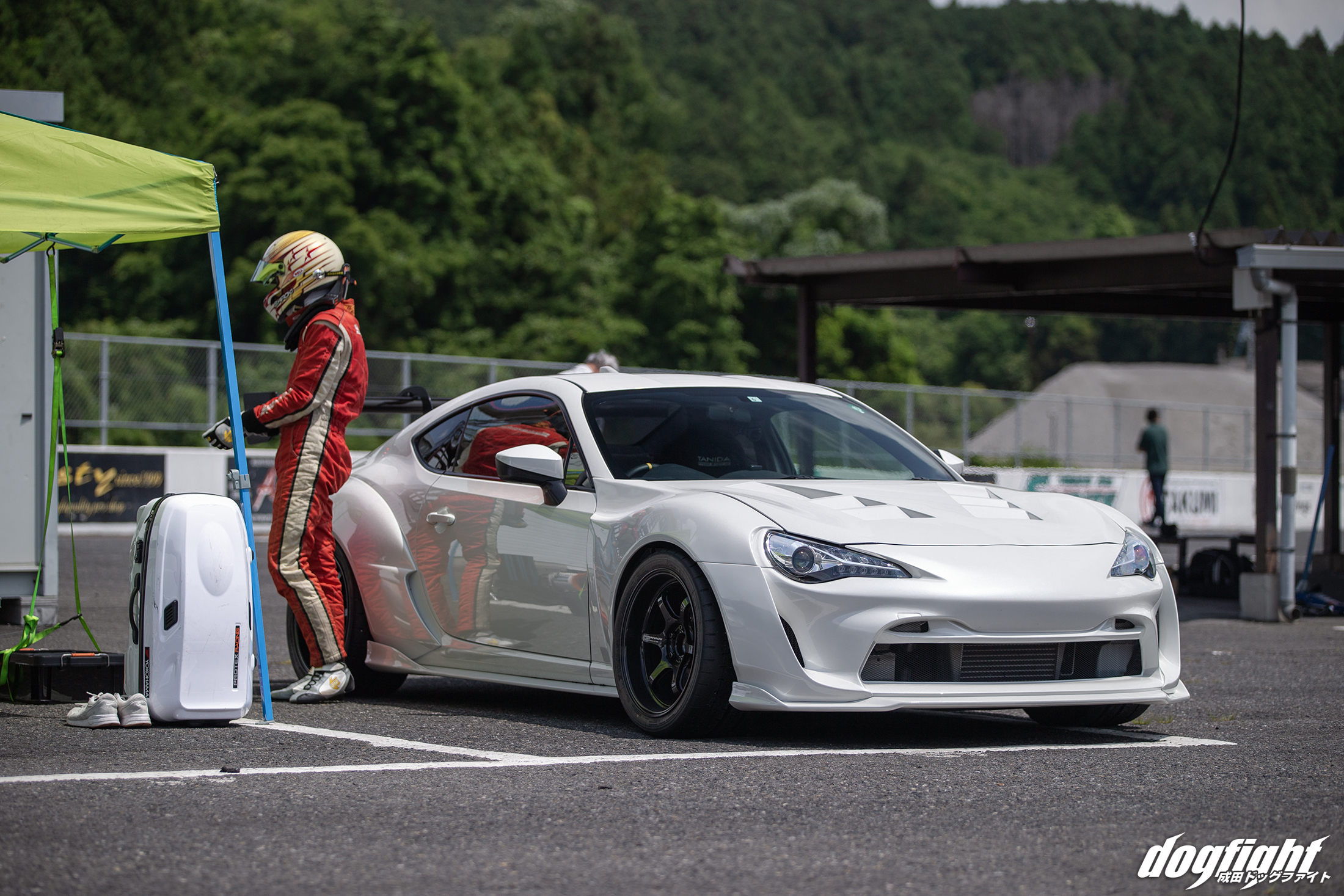 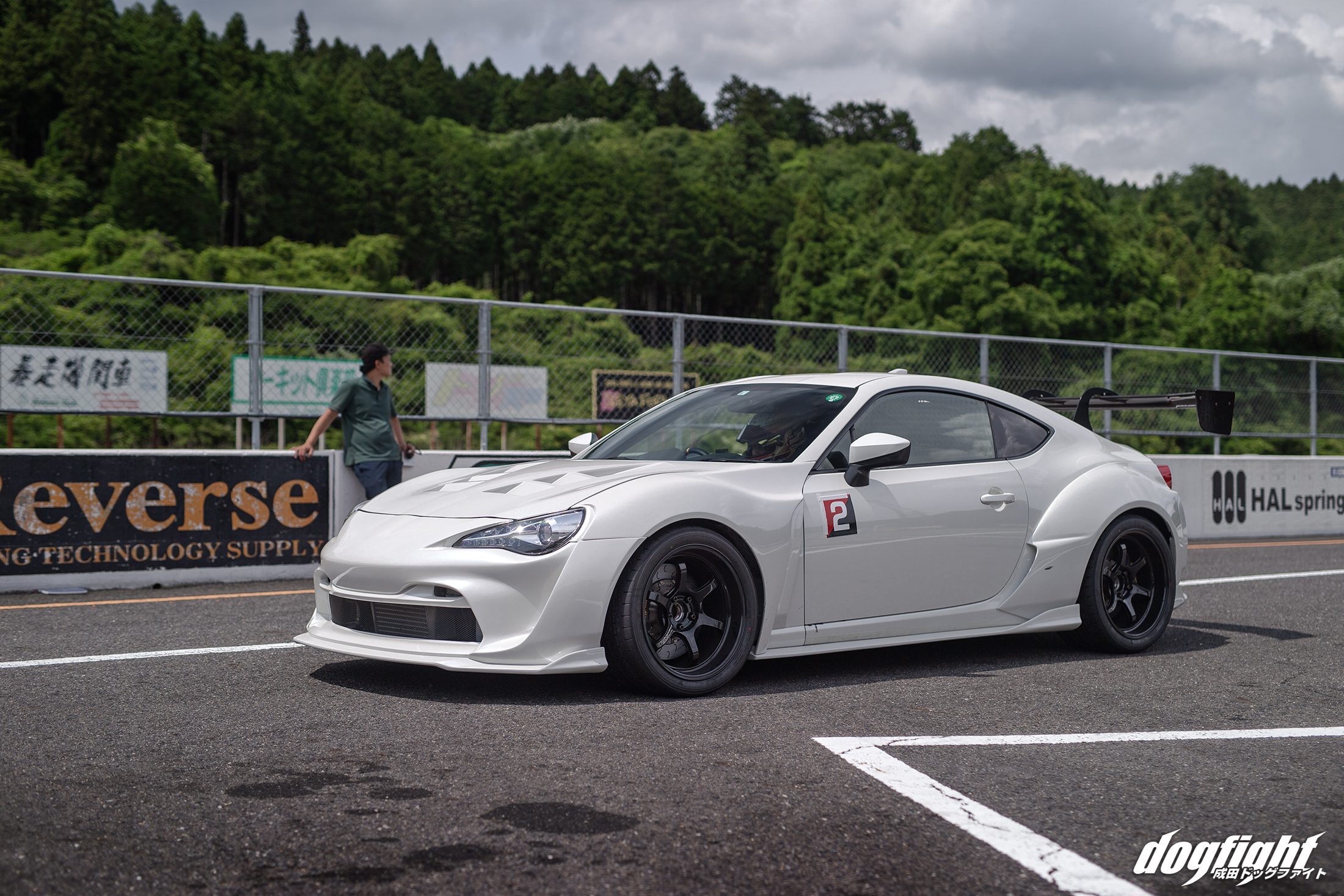 Thank you to both Haji for the photos and Sakamoto for sharing information on the new project with us.  We hope to see it in person next season!  Best of luck.