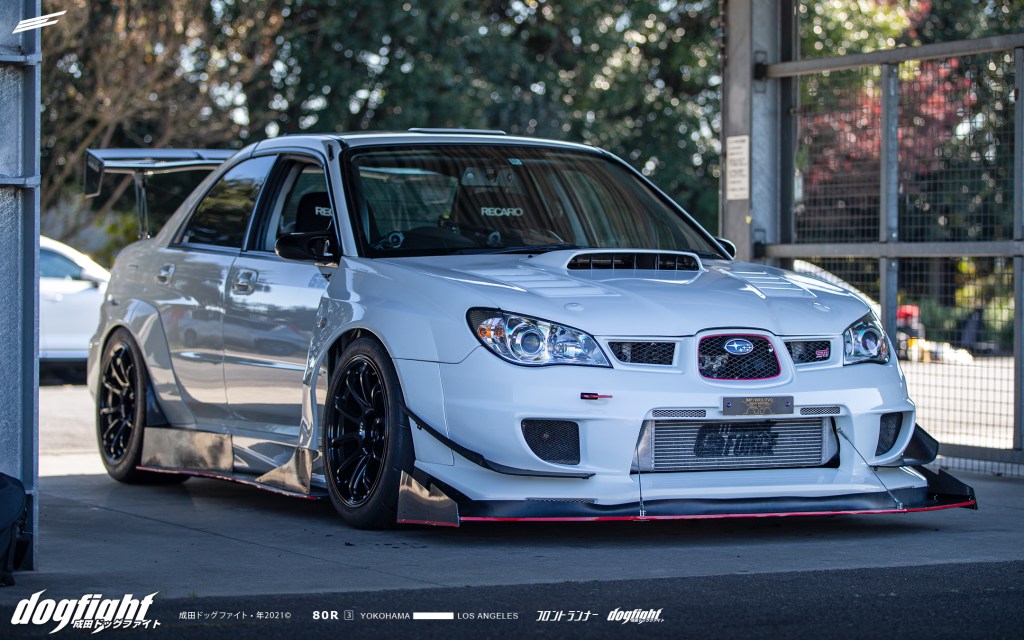 To describe the RA-R Spec STi as rare would be somewhat of an understated representation of the chassis.  In 2006, Subaru made just 300 units of the specially tuned GD based STi for the Japanese market; that accounts for less than 1% of Impreza’s manufactured in this generation.

The RA-R model, which stands for ‘Record Attempt – Racing’ was hailed as the lightest, fastest, and best-handling STi to date upon it’s release.  Capitalizing on the Spec C’s already tuned base, the RA-R is taken a step further with a meticulously tuned version of the boxer motor that matches the performance of the ultra-limited S204 version.  Paired with better aero, a race inspired interior, and a tuned suspension and brakes, set this car apart from the already performance oriented STi.  Suffice to say, the Spec C RA-R would appease even the most meticulous of Subaru fans.

Well, most of them anyway.

Mr. Satoh, the owner of this particular RA-R, is among the few that have chosen to heavily modify the chassis, going against the purist way of thinking that these models should be left untouched. 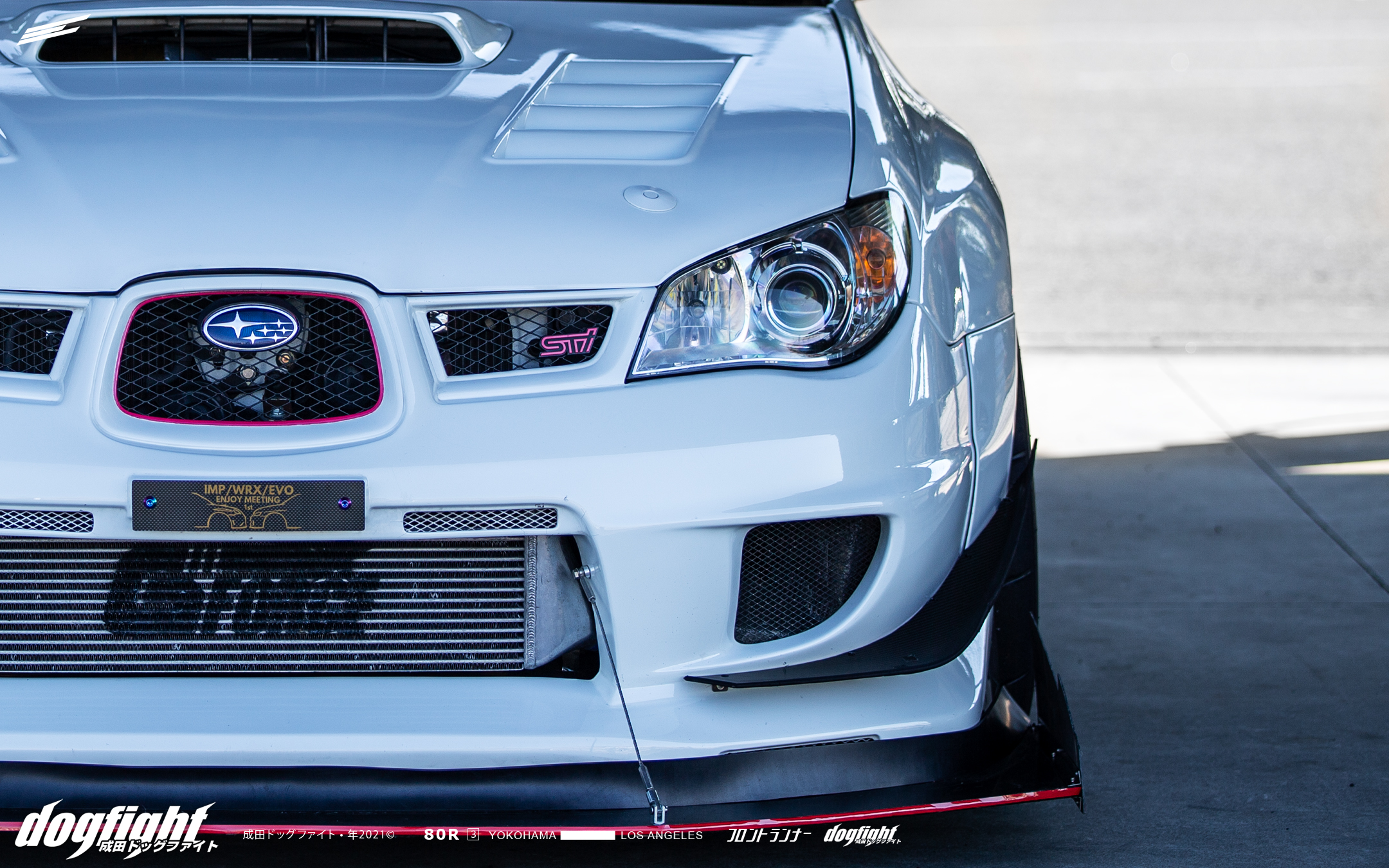 With a goal of competing and eventually besting his good friend and Mitsubishi Evo owner on track, Iishi-san, has taken his car to an entirely new level, with a tuning package that is specific to his favorite track; Fuji Speedway.  Satoh says that, dating back from when Fuji was configured in the old layout (pre-2003) to present time, he has turned well over 2,000 laps at the Speedway in 5 separate Imprezas.  How’s that for experience?  His best time to date is an impressive 1’49.28 in the RA-R.  To put that into perspective, it’s mid-pack of the Option Super Lap times, in a car with much less power and ‘nearly’ full interior (Top Fuel S2000 best Fuji time is a 1’39).

There are several unique points about this build, but the bulk of the performance has to stem from the overhauled EJ26 motor.  Satoh, knowing that he would have to safely increase the power of the boxer motor in order to be competitive, enlisted the help of well known engine builders, Garage G-Force. 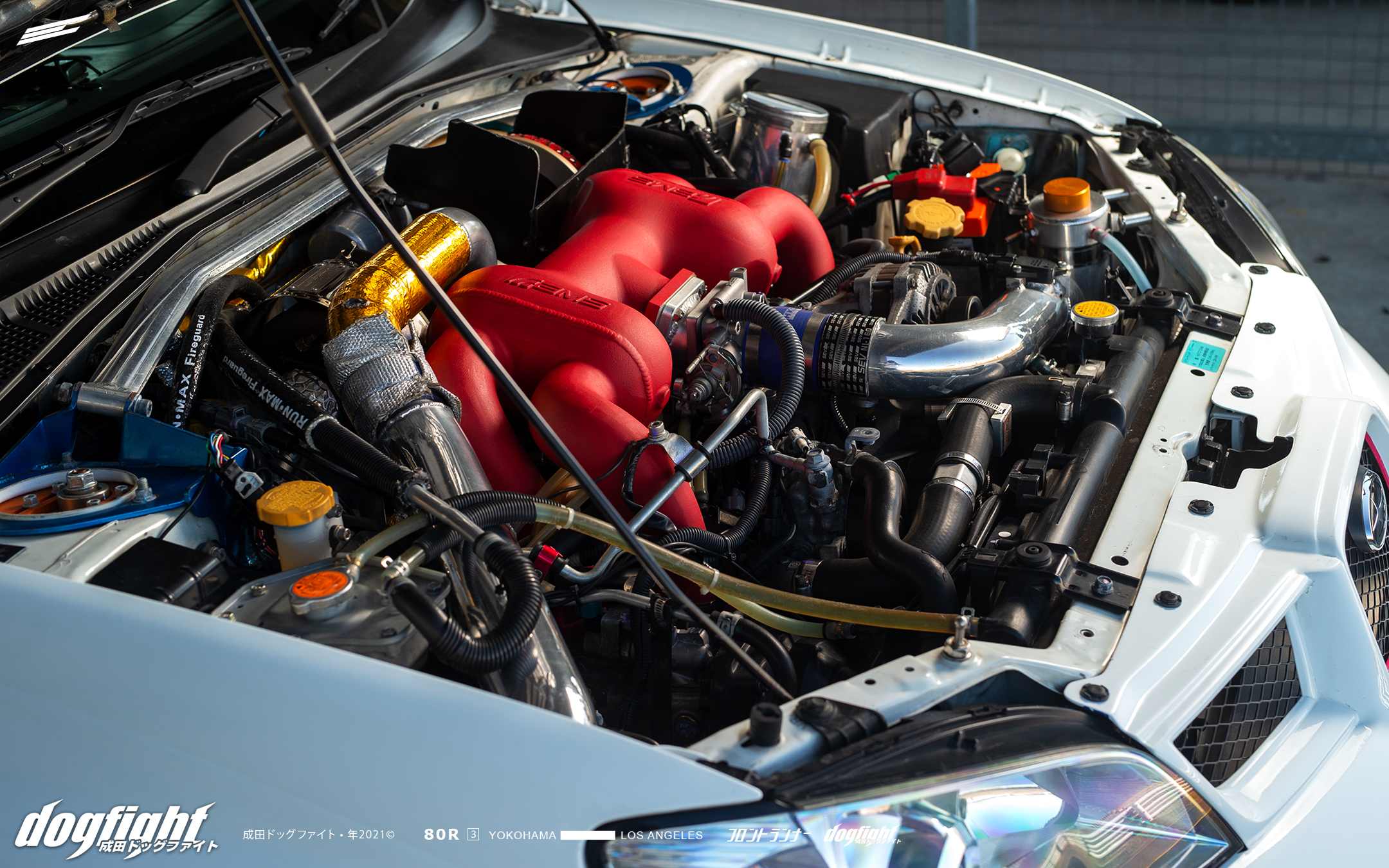 G-Force, using the Tomei EJ26 Kit as a base, crafted what could be considered the most ideal boxer engine.  Using their unmatched craftsmanship, the Tomei motor was built to create a safe power level comparable to a heavily tuned EVO. 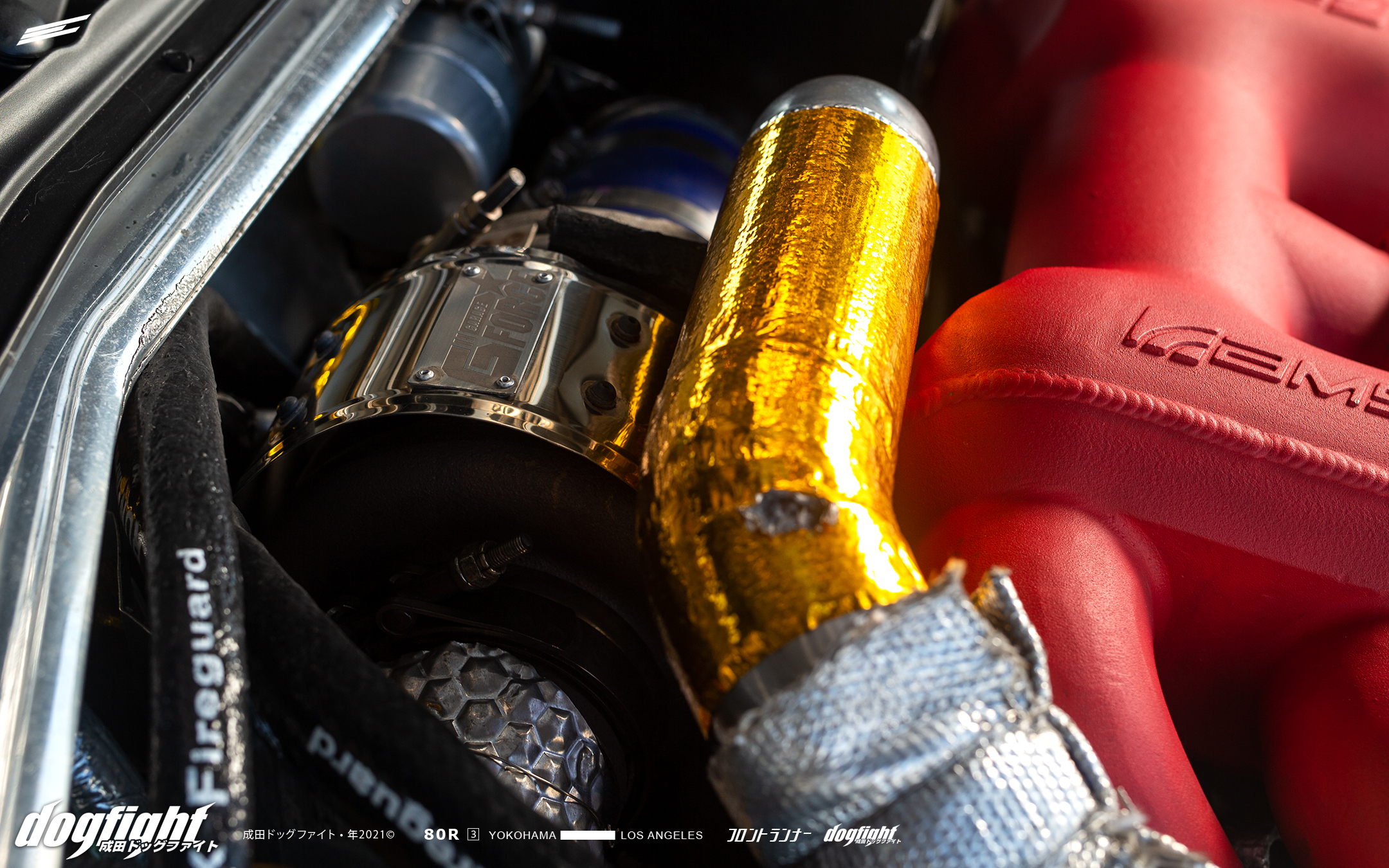 Injector Dynamics 1050cc injectors provide the fuel needed, and it’s all tied together with LINK-ECU tuned by G-Force. Power output is capped at a healthy 500ps and an insane 520 foot pounds of torque.

An Exedy Competition R Twin Plate, Cusco front diff and OE STi rear diff help get the power to all 4 wheels.  The gearbox, which remains stock, is a point of frustration for Satoh.  It often breaks, most likely due to the large torque output of the new motor.  As such he has had to throttle his driving to maintain reliability.  In the future, he would like to change it out to a stronger unit. 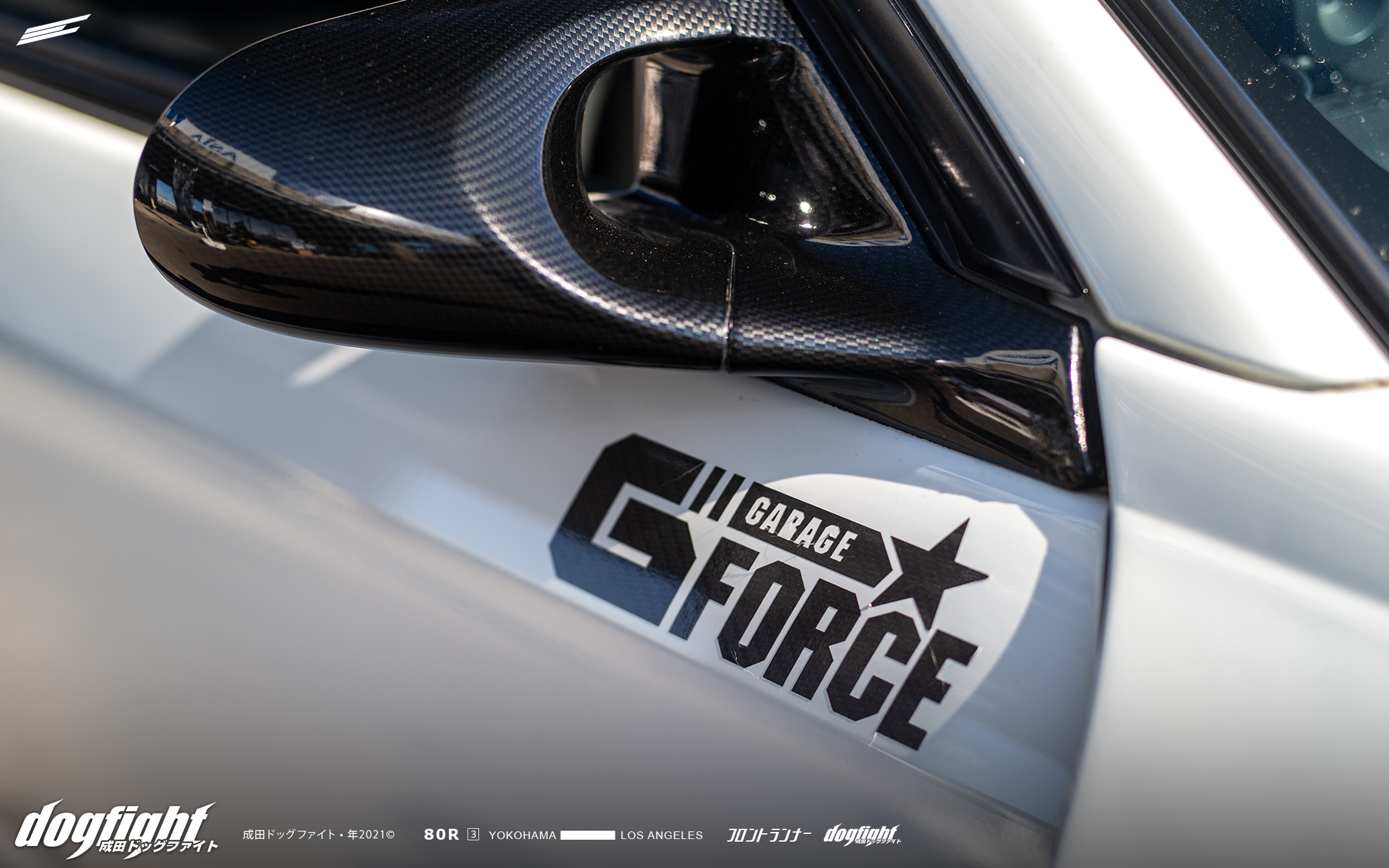 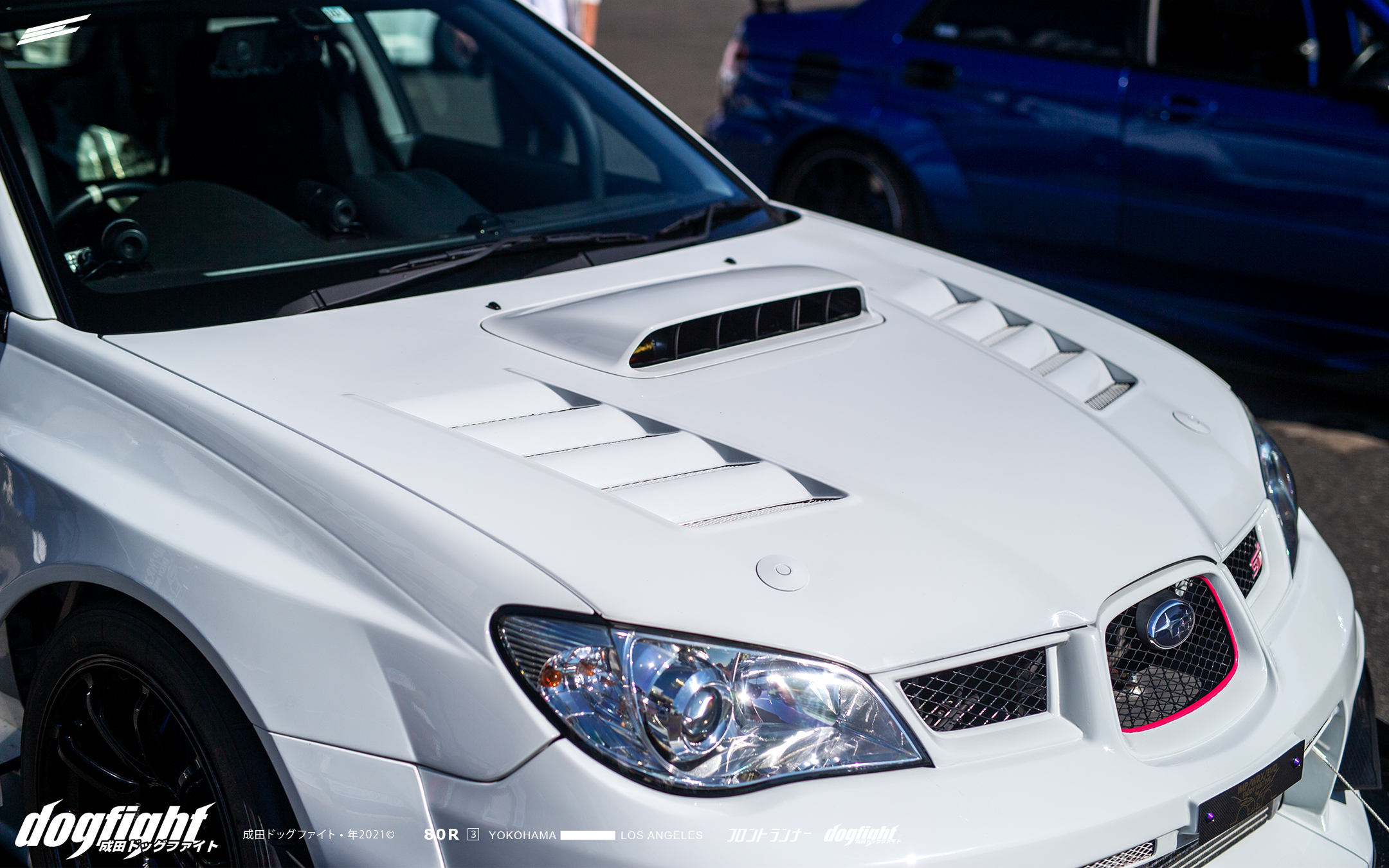 With the engine squared away, Satoh turned his attention to the aerodynamics of the car.  While the RA-R does sport some aero upgrades to the normal STi, it certainly wasn’t enough to be competitive against his rival, Iishi. Knowing that, with a car like the RA-R, not just any off the shelf upgrades would do, Satoh sought after the best in Japan; Mr. Nakajima of Voltex fame. 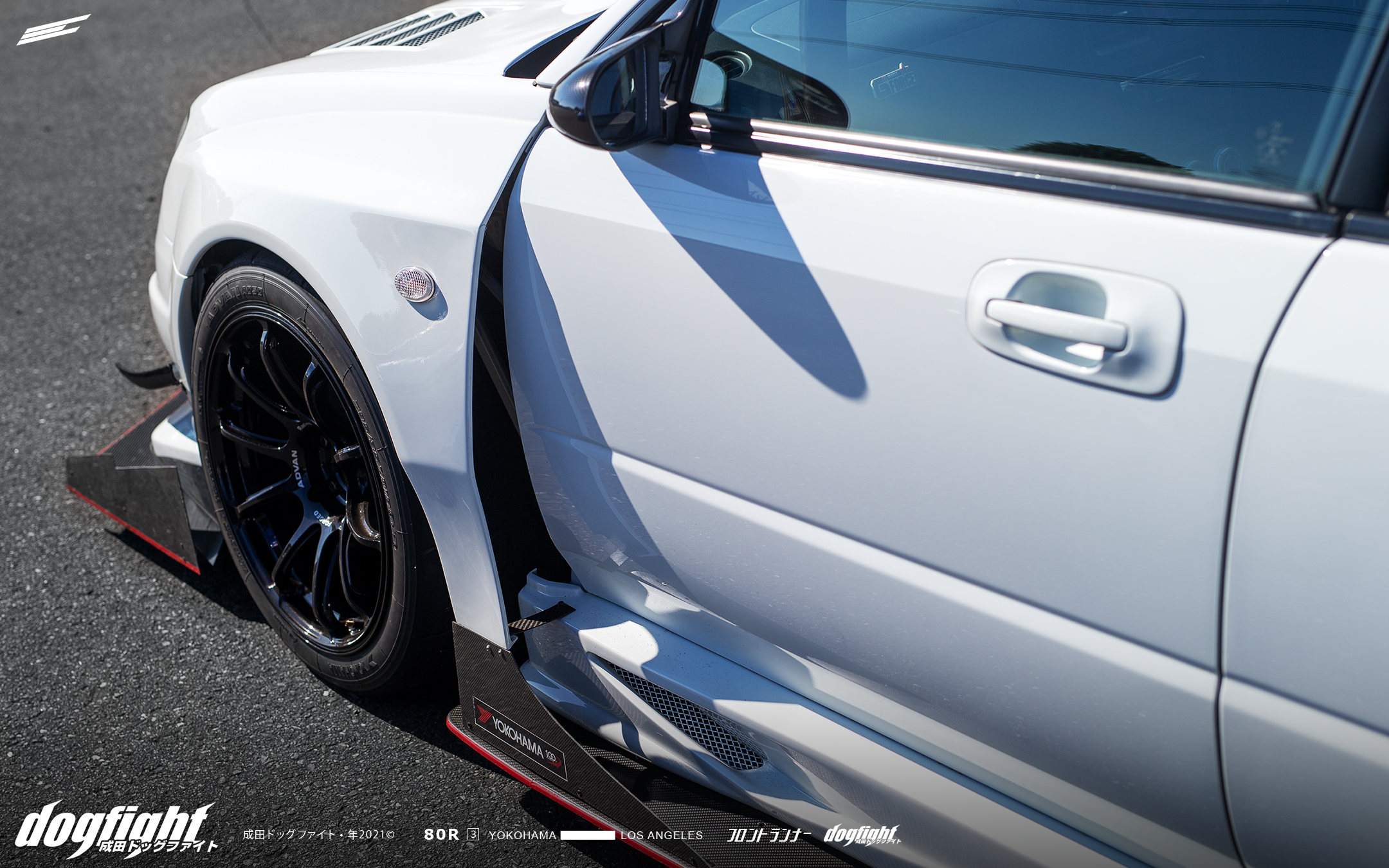 A one-off, full widebody, based on the WTAC competing Tomei/Cusco Impreza, was crafted by Nakajima himself over several years.  The front bumper, dry carbon canards, side skirt, front and rear fenders were all hand crafted by Nakajima himself and work to give the car one of the most unique and aggressive looks of any Impreza in the paddock.  I really can’t imagine a better suited look for this car. 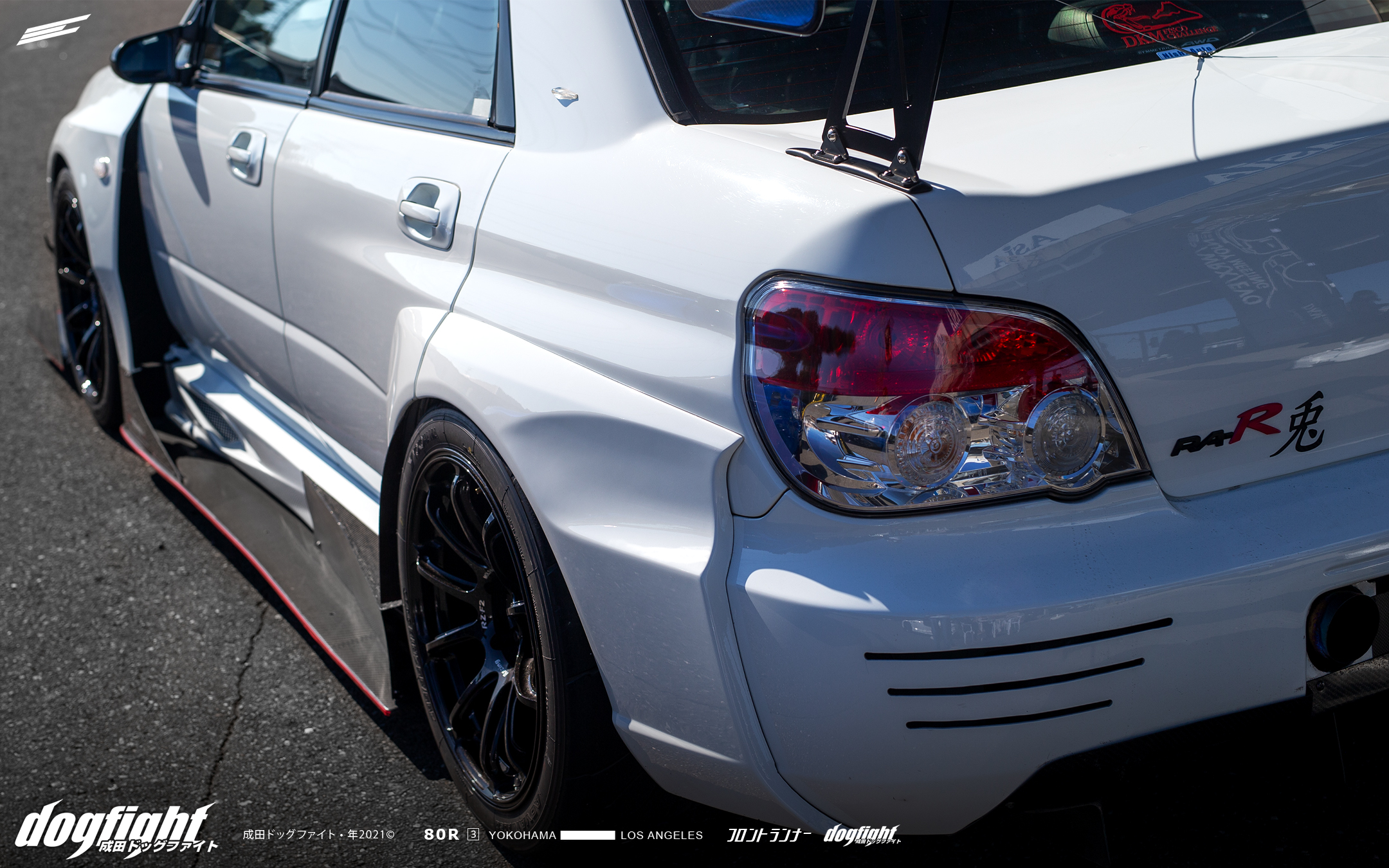 A full carbon underpanel was made by Satoh himself to further capitalize on the aerodynamic performance. 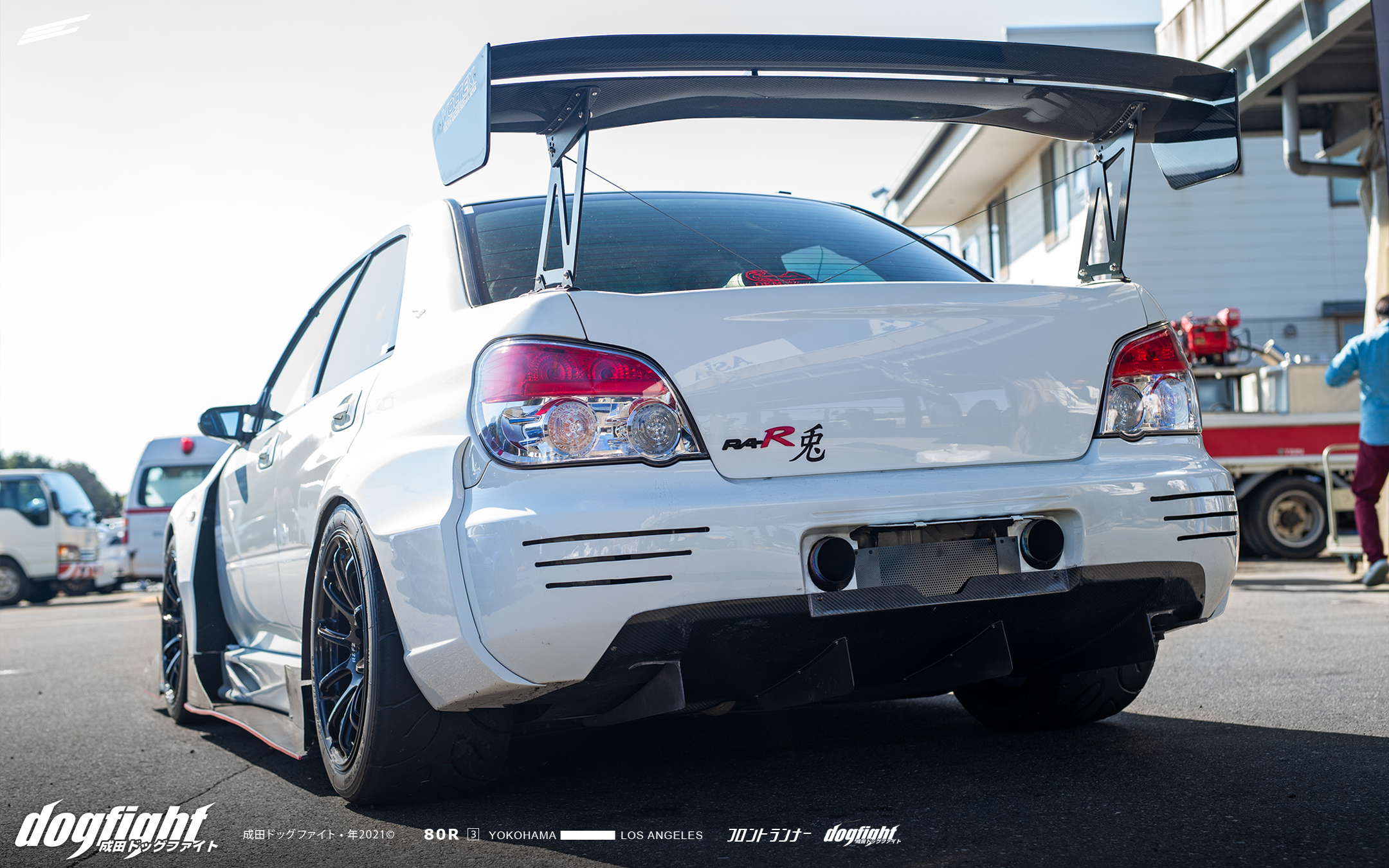 At the rear we can find a HKS Kansai rear diffuser, custom vented OE bumper, and the center exit titanium exhaust. 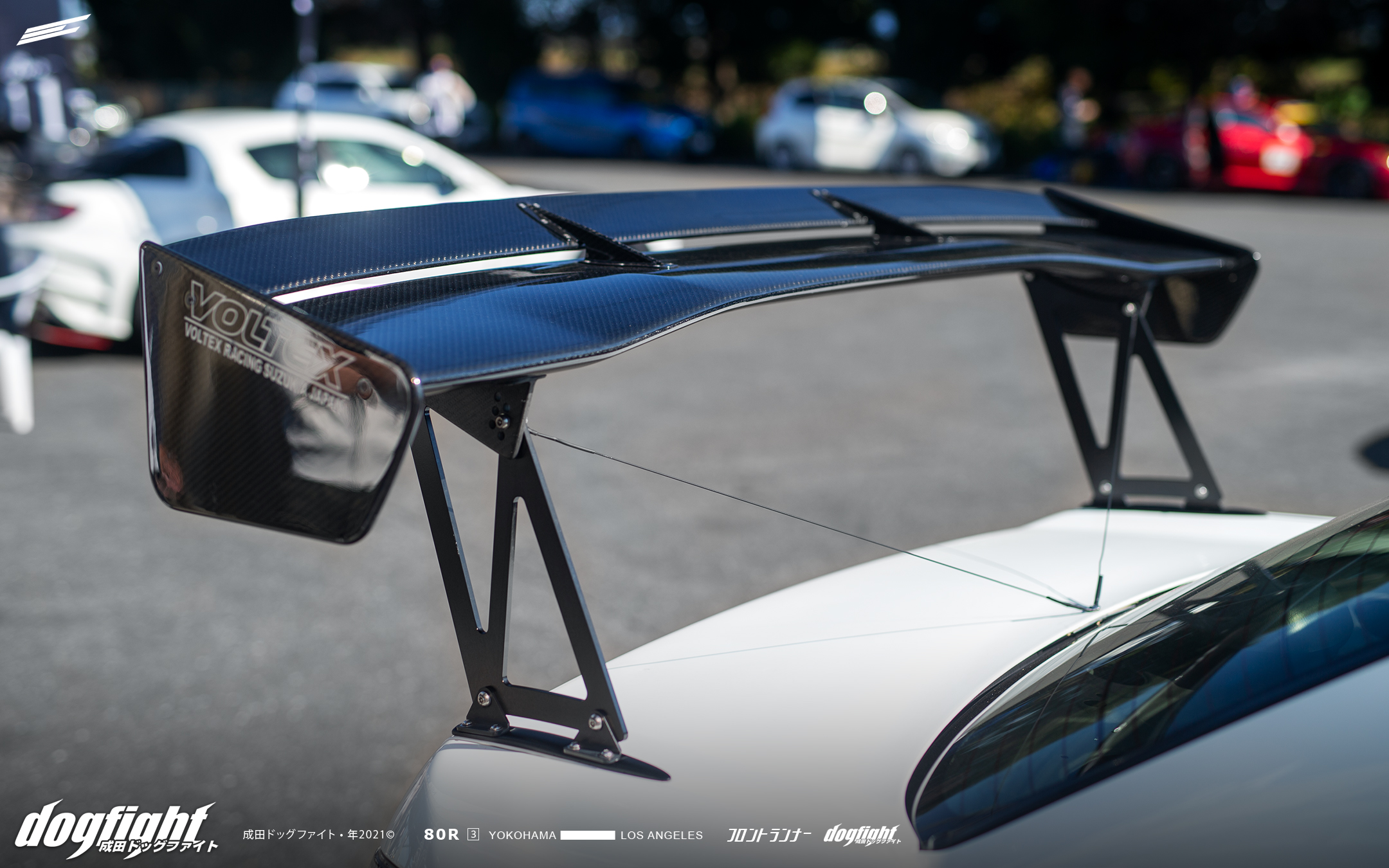 The Voltex GT wing provides extra downforce at the rear of the car. 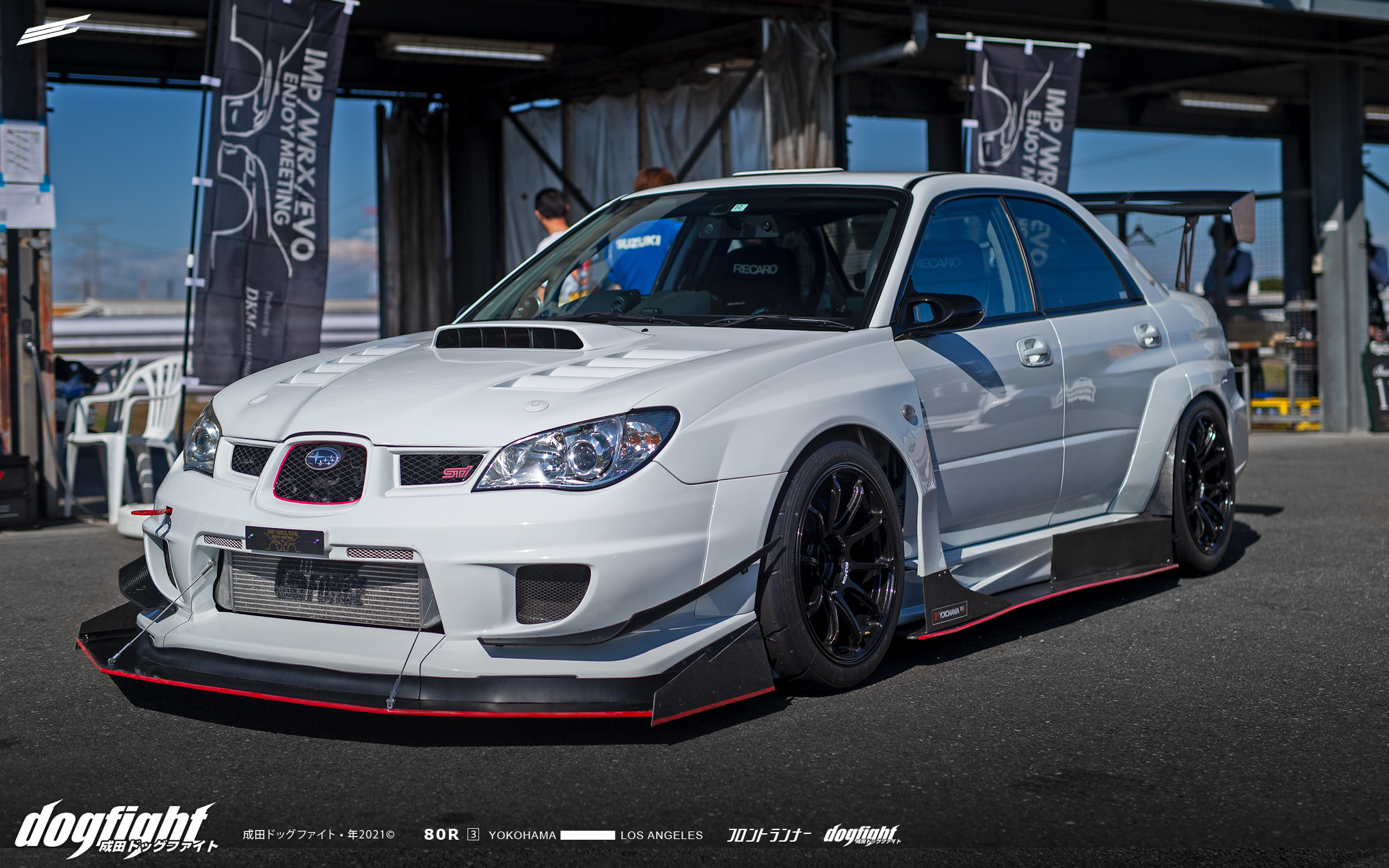 The entire kit comes together to not only widen the car, but to capitalize on the Subaru’s already aggressive bodylines.  Nakajima is truly a master at his craft.

Ohlins DFV Harmonic Drive dampers in a Garage G-Force custom spec give the car it’s nimble stance and helps keep it planted around the circuit.  A rather stiff 25k front spring and 23k rear spring are used in typical Japanese fashion. 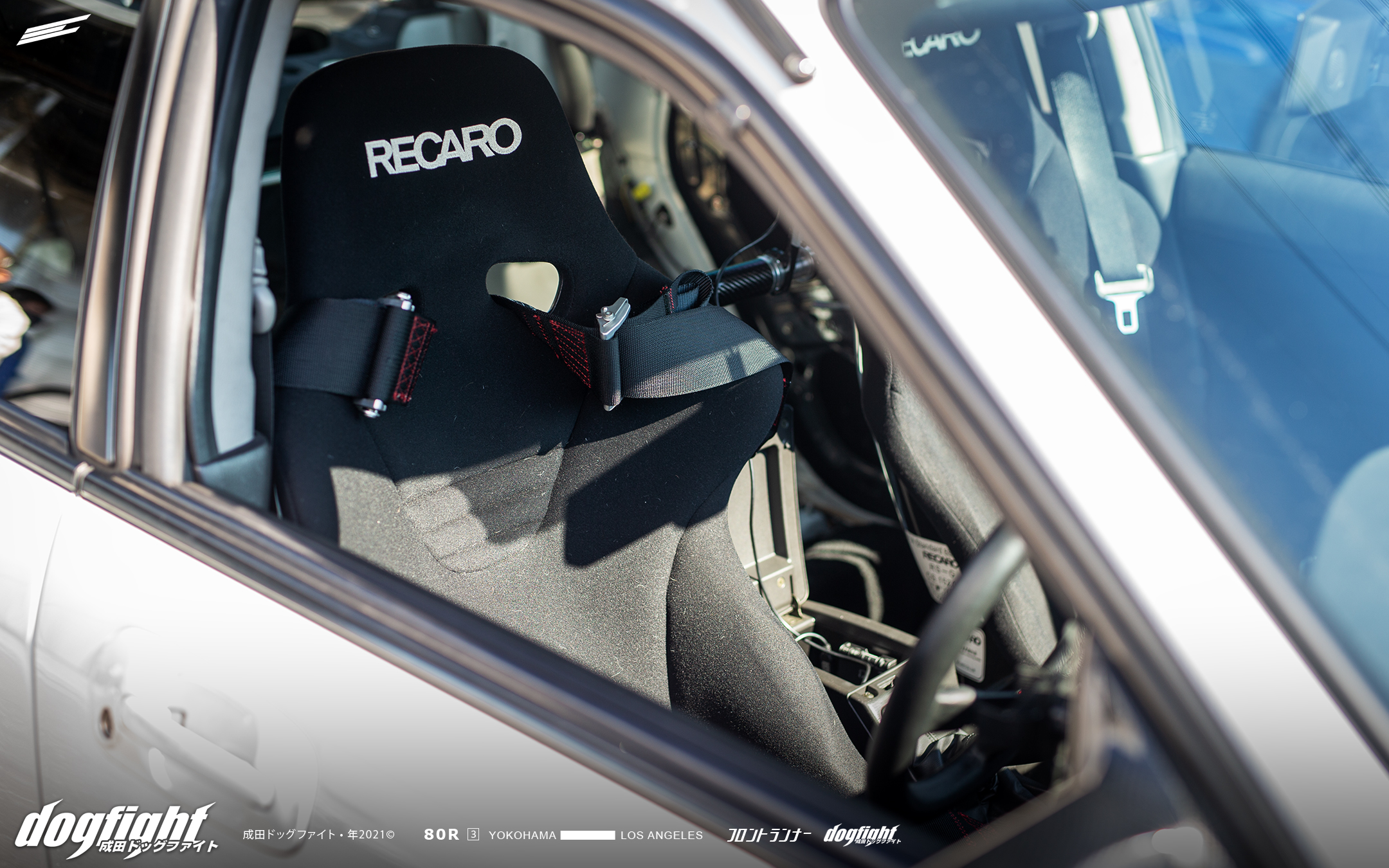 The interior of the car is stripped from the rear seats back, leaving the front cockpit almost entirely untouched.  A pair of fixed back Recaro RS-G seats hold Satoh and a potential passenger in while driving. 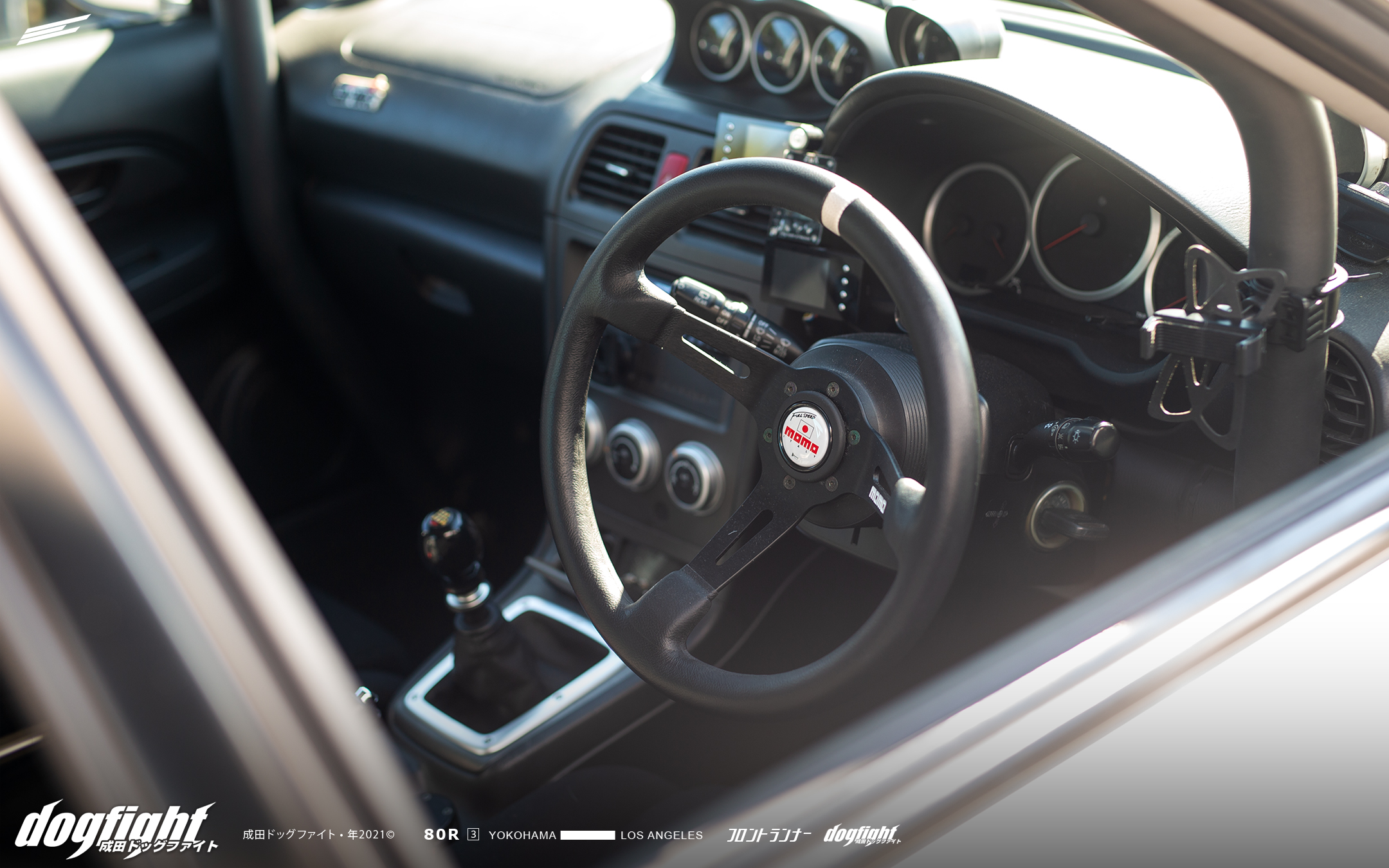 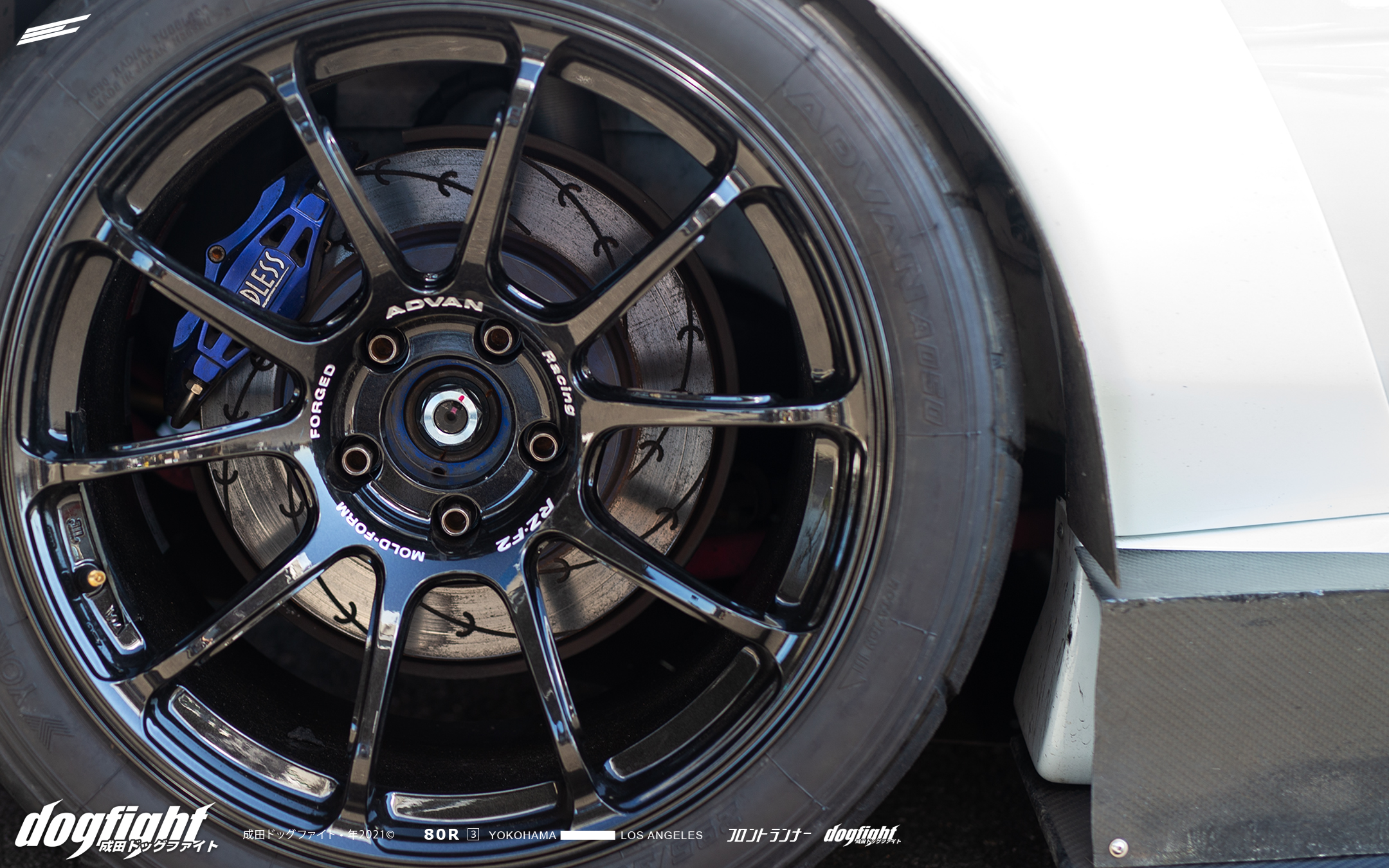 Satoh utilizes a 6 pot Endless Caliper up front paired to a 345mm rotor, and a 2 pot rear caliper with a 316mm rotor.  Endless W-003 pads at all four corners give him the confidence he needs to turn a blazing fast 58.76 second lap time at Tsukuba’s TC2000. 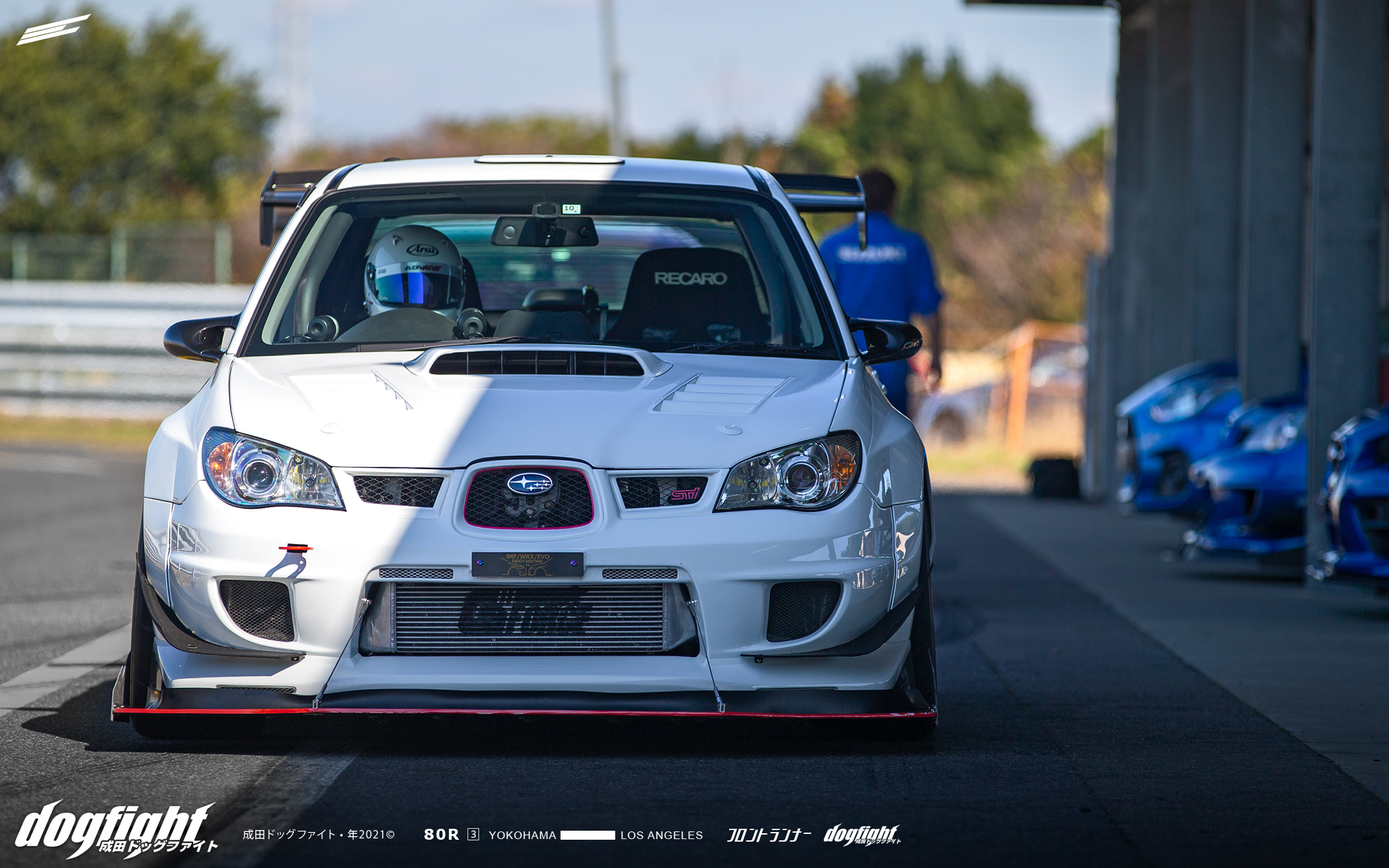 All set to head out to TC1000 during last week’s Enjoy Meeting event. 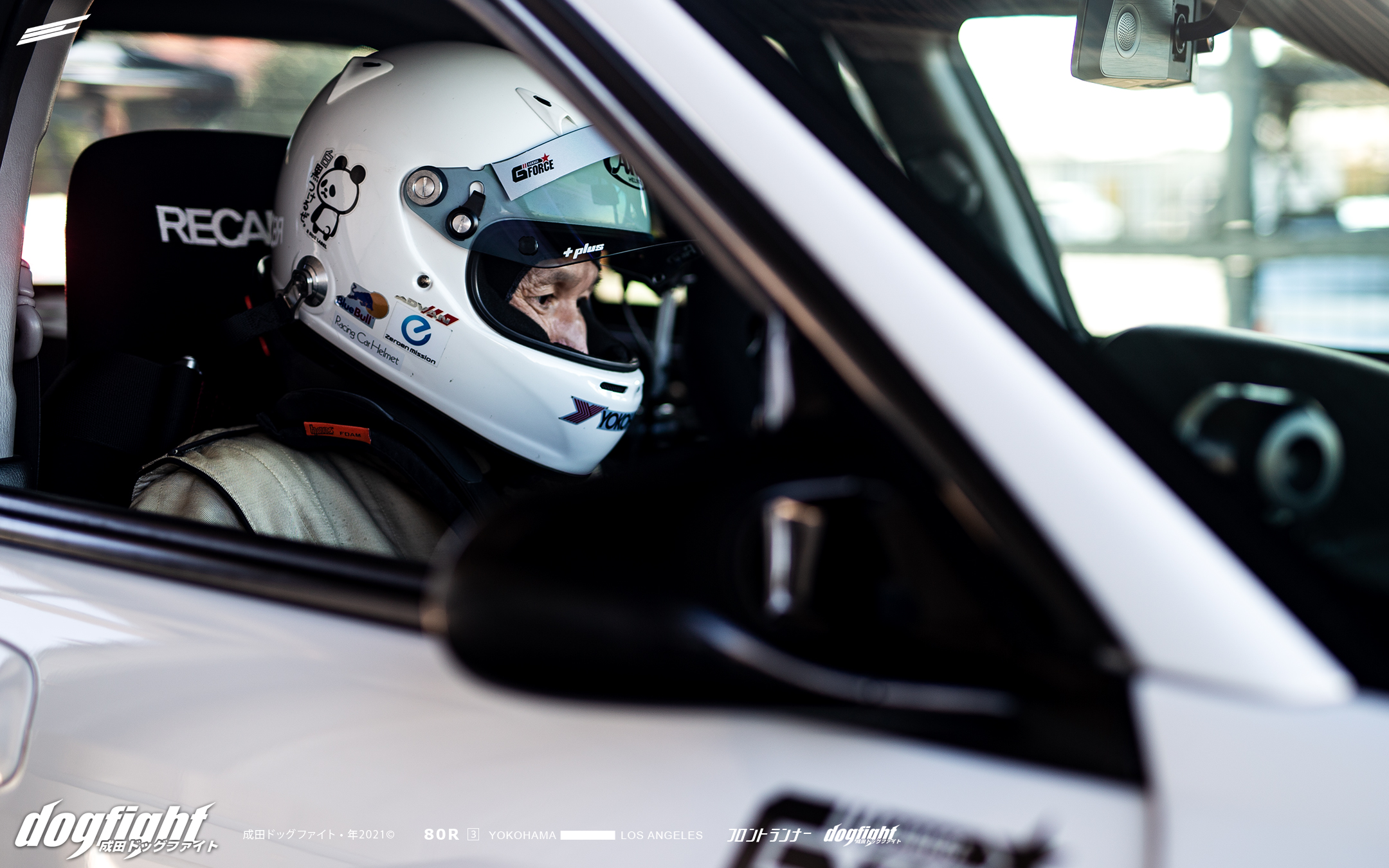 Satoh rocking the B-Type panda decal on his helmet; I like it. 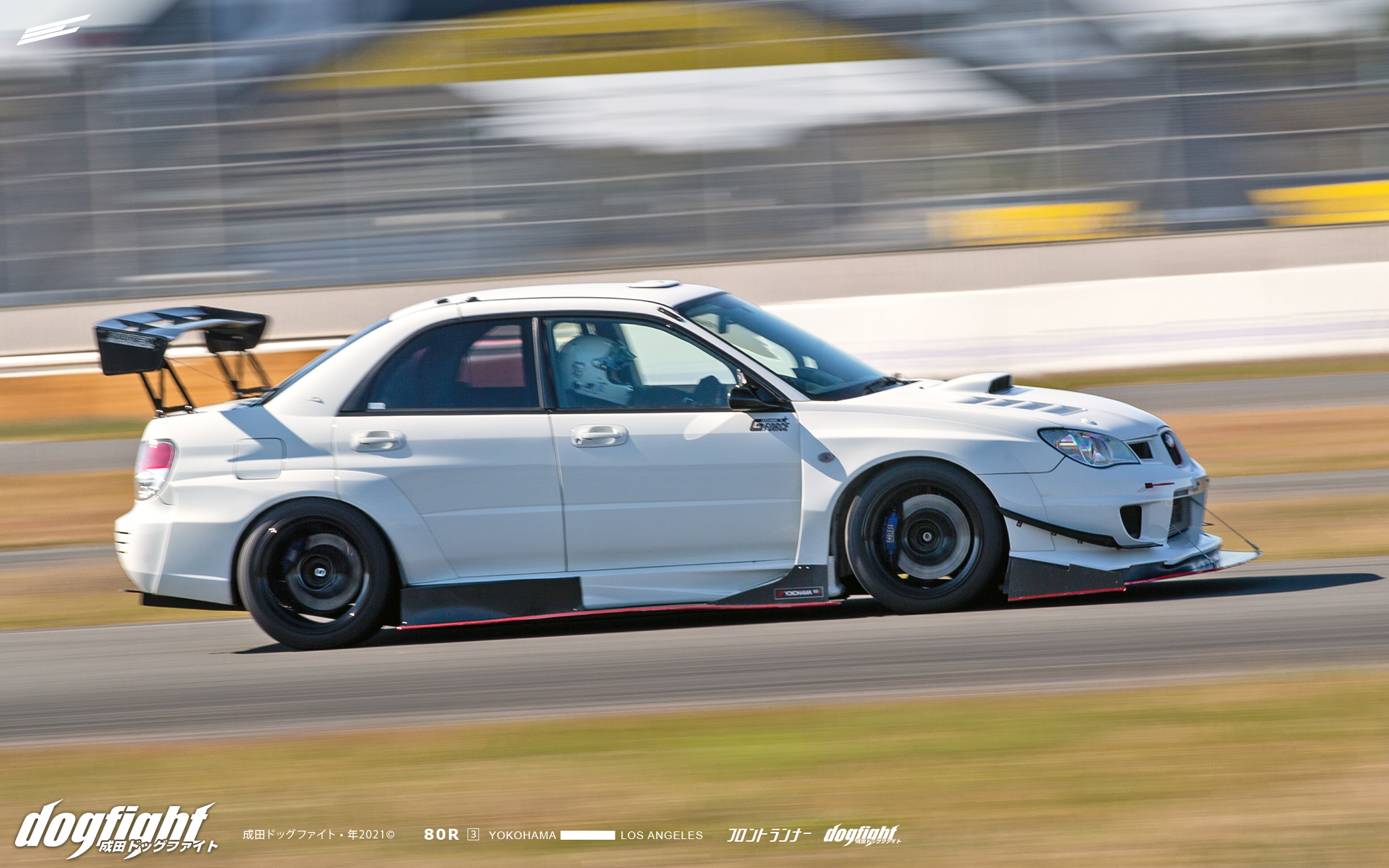 Car looks amazing out on track. 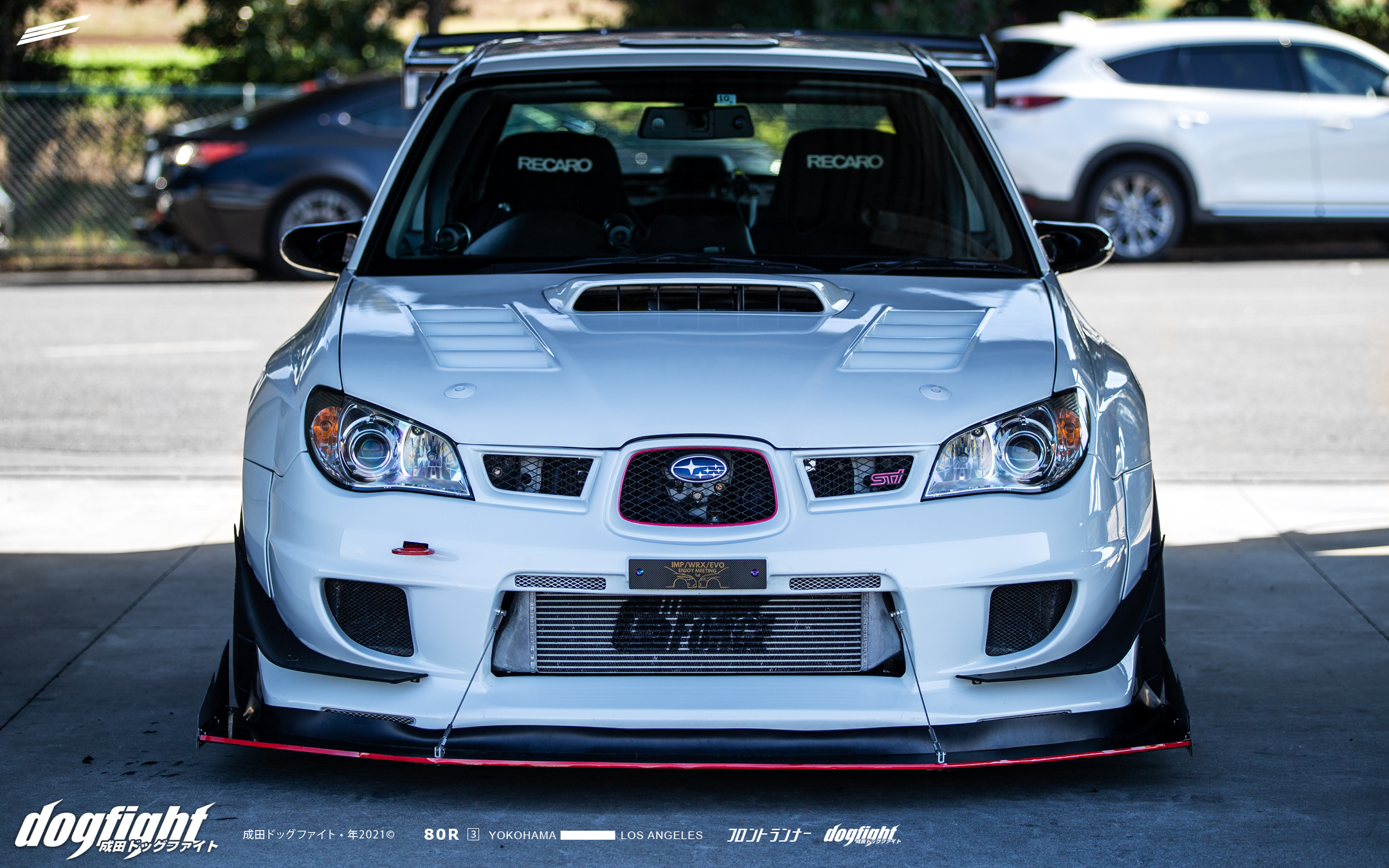 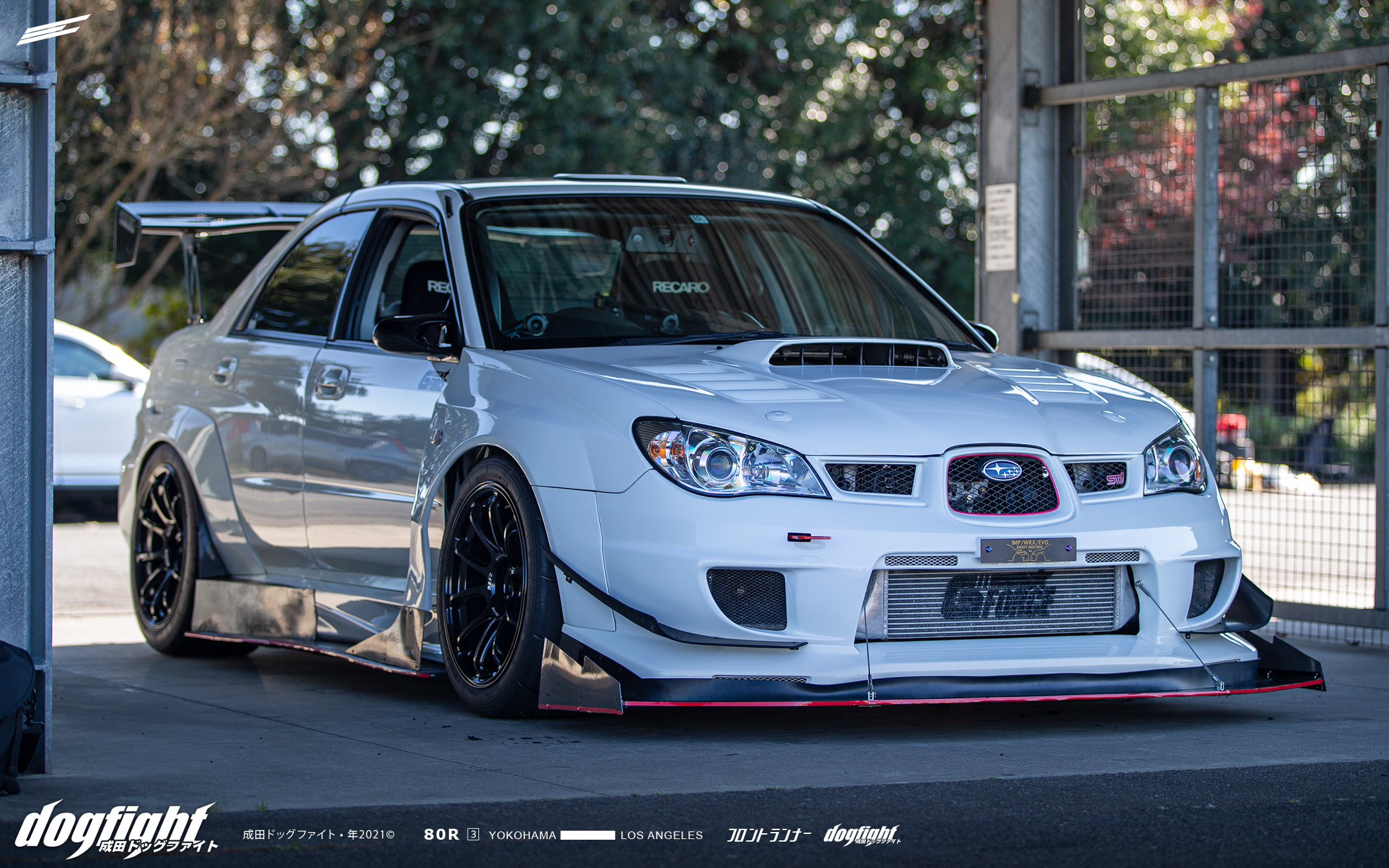 If you consider the RA-R a rare form of the Impreza, then Satoh’s vision would have to be called incomparable in form.  A truly once in a lifetime build that gets used at it’s most powerful manner.  I’m very excited to have the opportunity to showcase it on NDF.  Thank you to Satoh and Haji for their time!  Hope to see him around at the next Attack event.