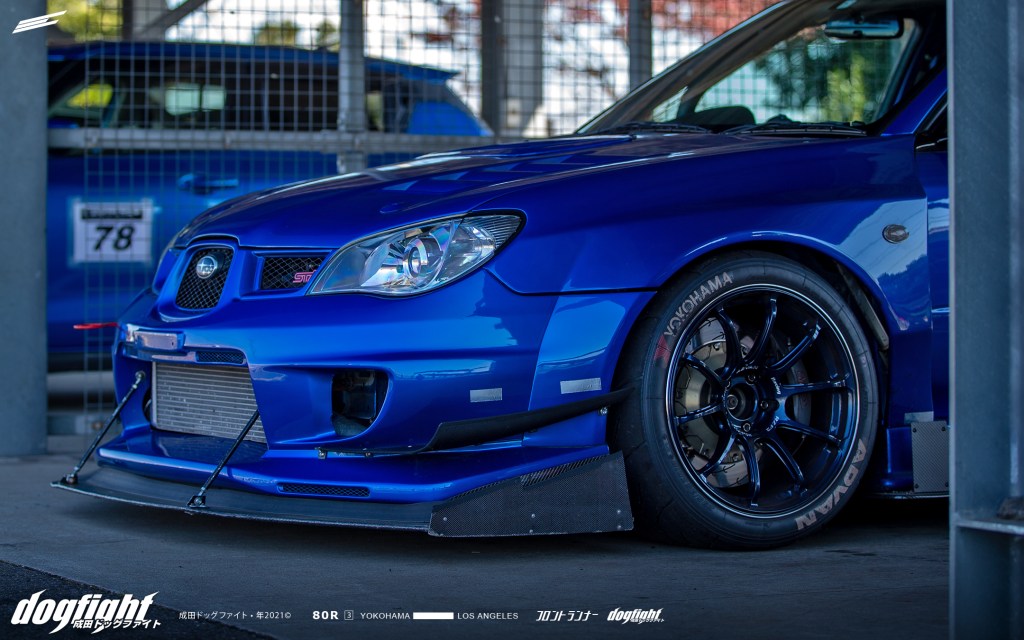 It is very difficult to build a car that is spec’d to maximize performance at a wide variety of circuits.  Especially in Japan, where the variety of race tracks can be very contrasting.  What works at Tsukuba, would most likely underperform at Suzuka, and so on. When Tamura-san made the decision to start modifying his GDB Impreza, he wanted to ensure that the modifications he made had the greatest impact on his times.

So, he tailored each new part installation to give him the best return on his favorite track; Fuji Speedway.  The high speeds that the 4.5km, Oyama based circuit offers is a draw to many enthusiasts and Tamura has been a fan of the international race track for quite some time.  With a personal best time of 1’48.3 seconds, and a season goal of breaking into the 47’s, he’s easily competing at the top of his class. That time didn’t come effortlessly however, and his experience behind the wheel, paired with his few but very powerful modifications, shows on the time sheets.

With tuning specified to Fuji Speedway, there will naturally be sacrifice while running at other stages.  Despite this, Tamura enjoys driving all circuits and is happy to get the opportunity to test at Tsukuba.  He has a season goal at TC2000 of a 58 flat, and is already running a sub 1 minute lap on the popular course.  Our good friend Haji caught up with him at the Enjoy Meeting a few weeks ago and Tamura was nice enough to let him get a close look at the build. 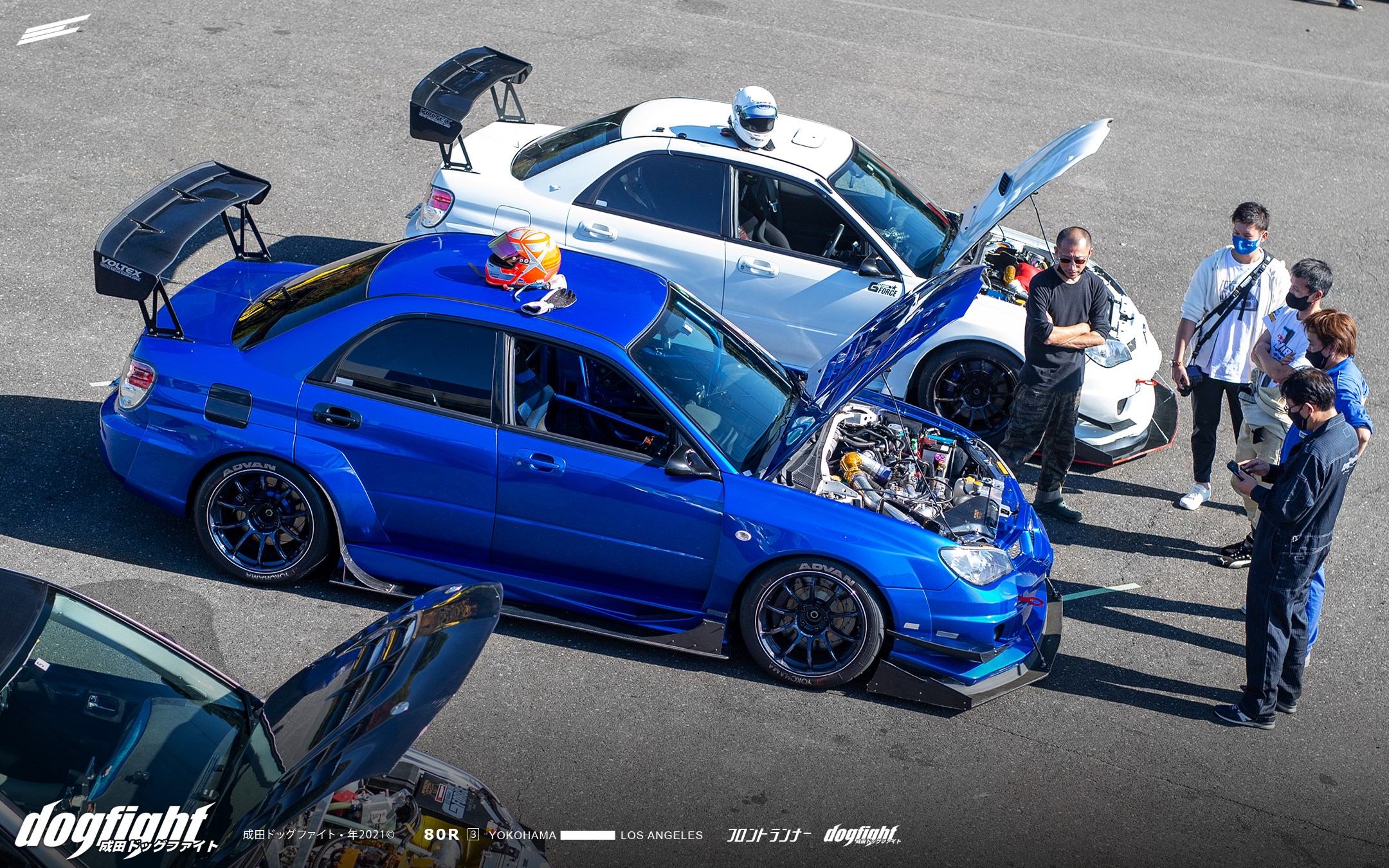 Tamura, and friends Satoh, Iishi and company chat about their lap times throughout the day.  Enjoy Meeting had a good variety of cars registered from Subarurs, Evos, and Mazdas, but was organized to highlight the enjoyment of the all wheel drive platforms. 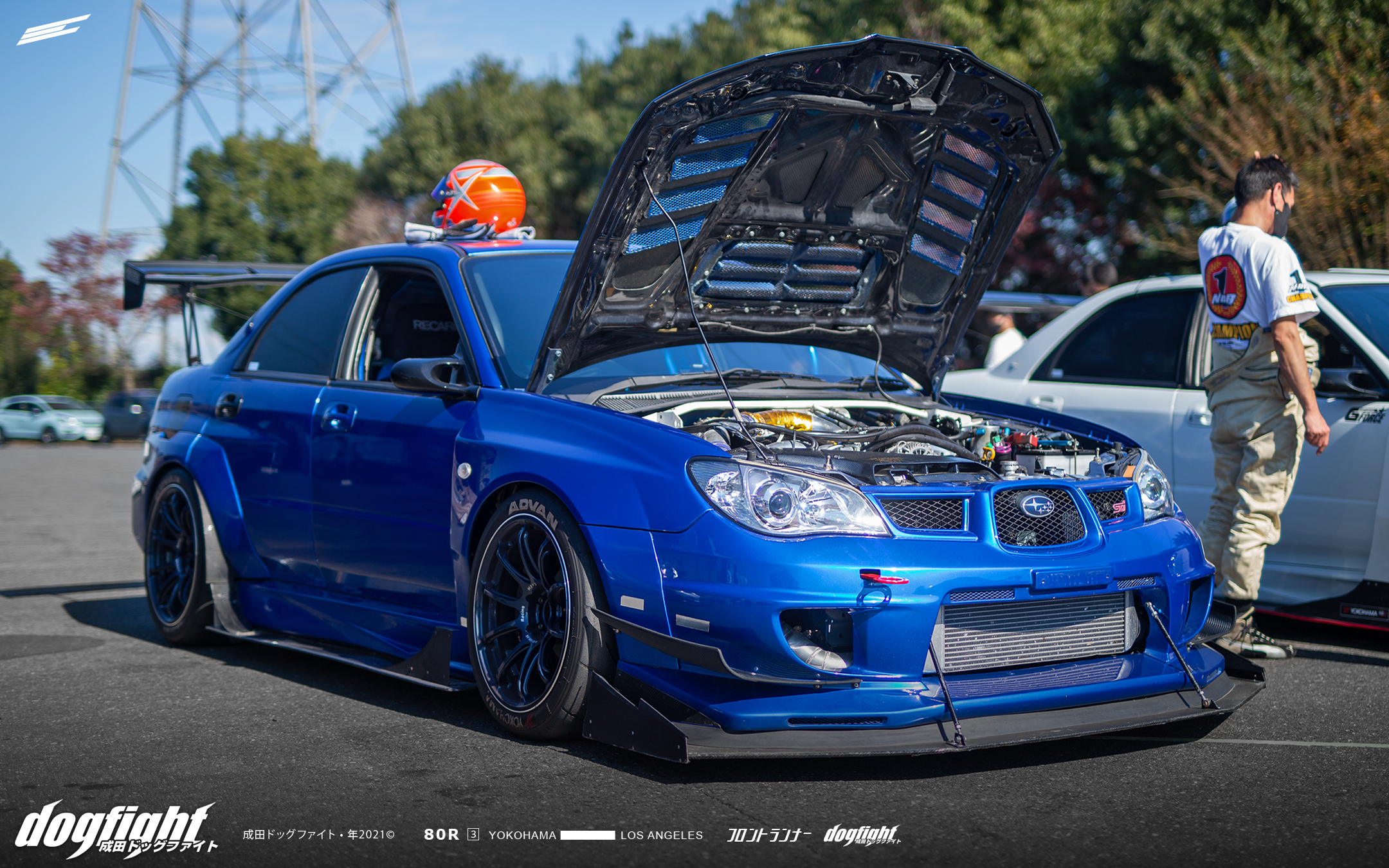 Much like Satoh’s build that we highlighted last week, Tamura has focused heavily on the reliability of power out of the boxer engine.  Turning to the experience of Garage G-Force, the engine has been stripped and overhauled using a custom spec’d HKS 2.2 liter stroker kit, all new internals, and  a GCG GTX3076R turbocharger.

The package, tuned by G-Force with a F-CONV Pro specifically with a powerband suited for Fuji, churns out a dependable 500ps to the wheels.  More than enough to power his way down Fuji’s long front straight. 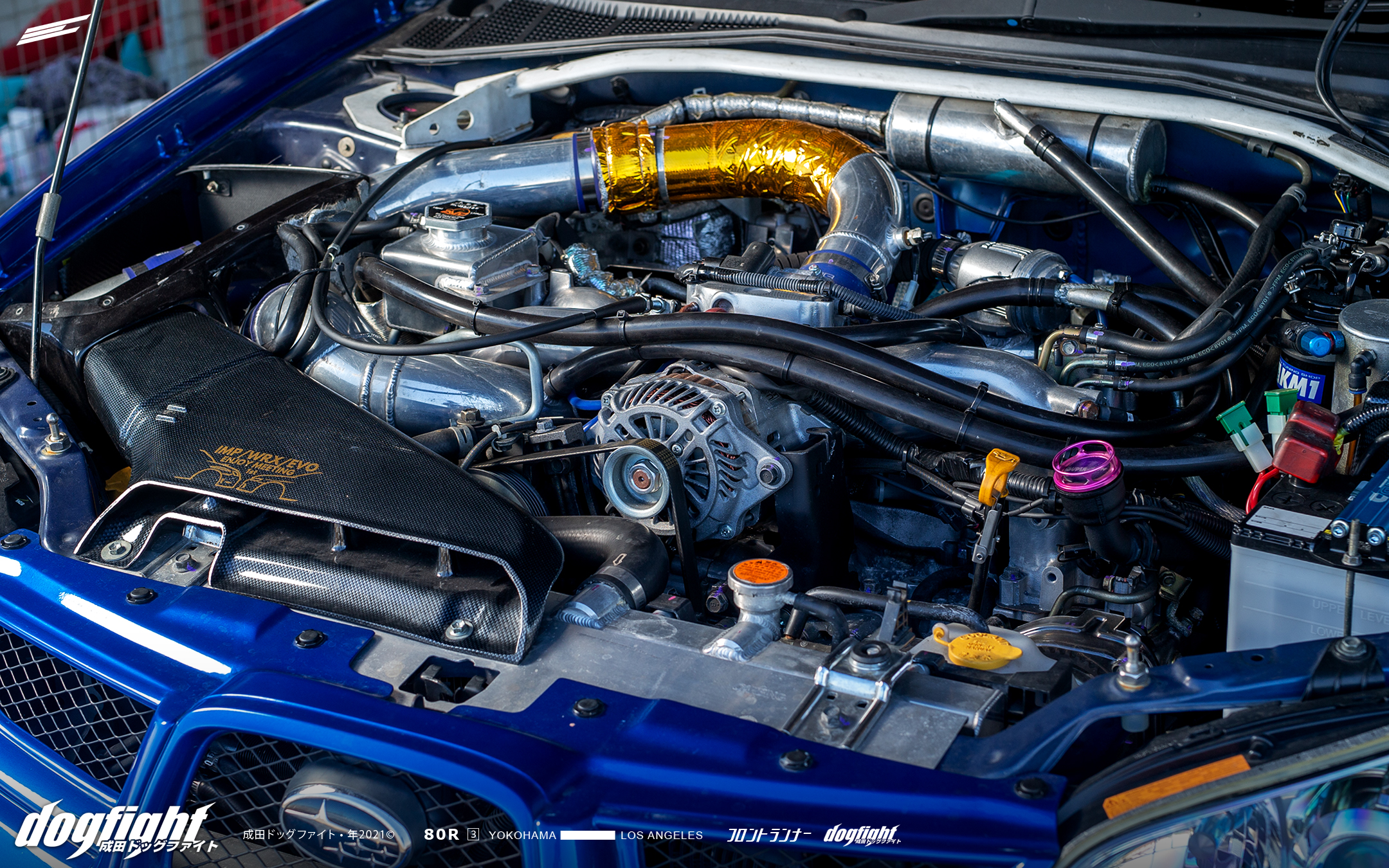 A Garage G-Force spec 3-layer intercooler, that is originally intended for a CT9A, helps cool the inbound air.  Fuel is provided by 1050cc injectors and a single Bosch fuel pump. 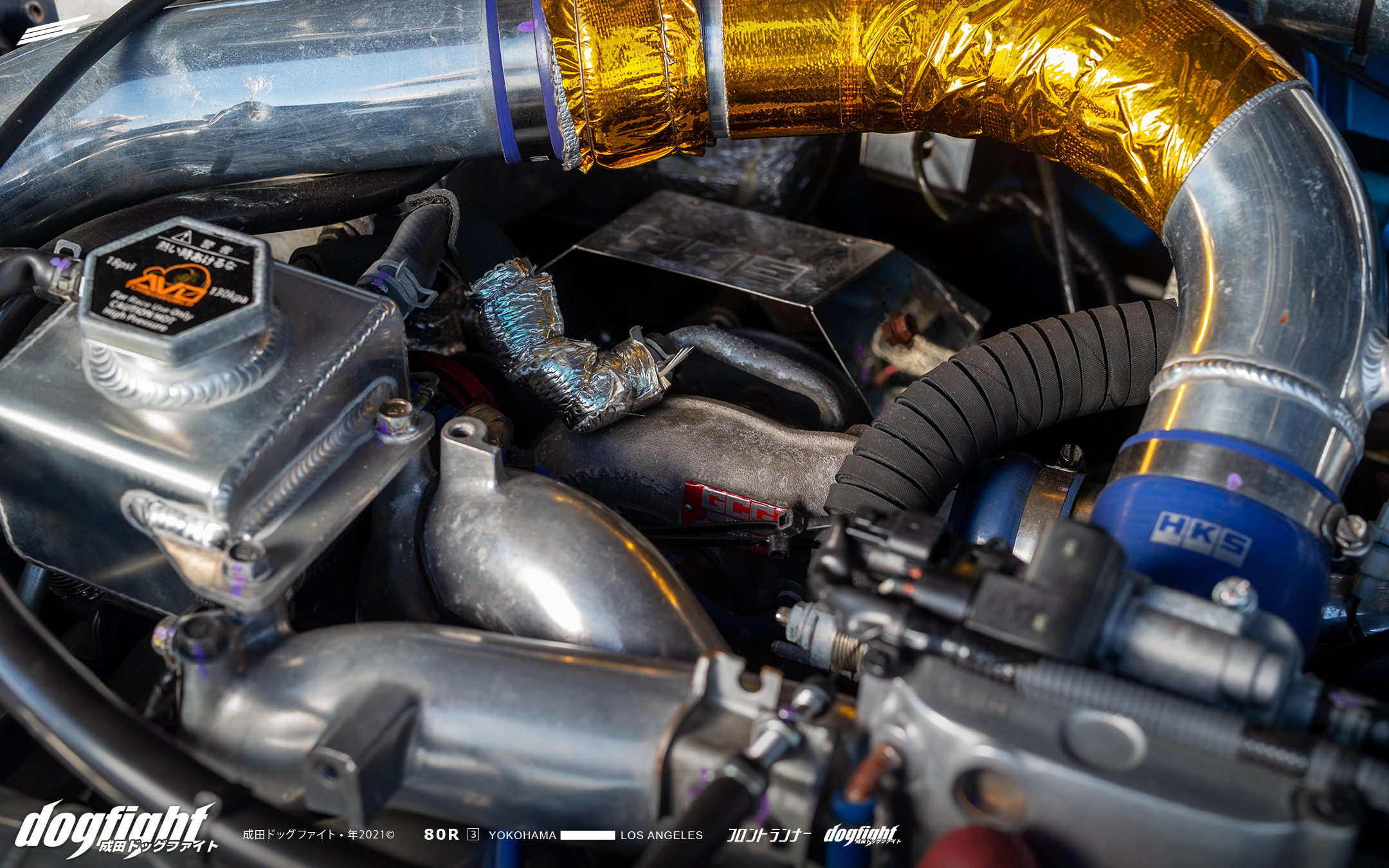 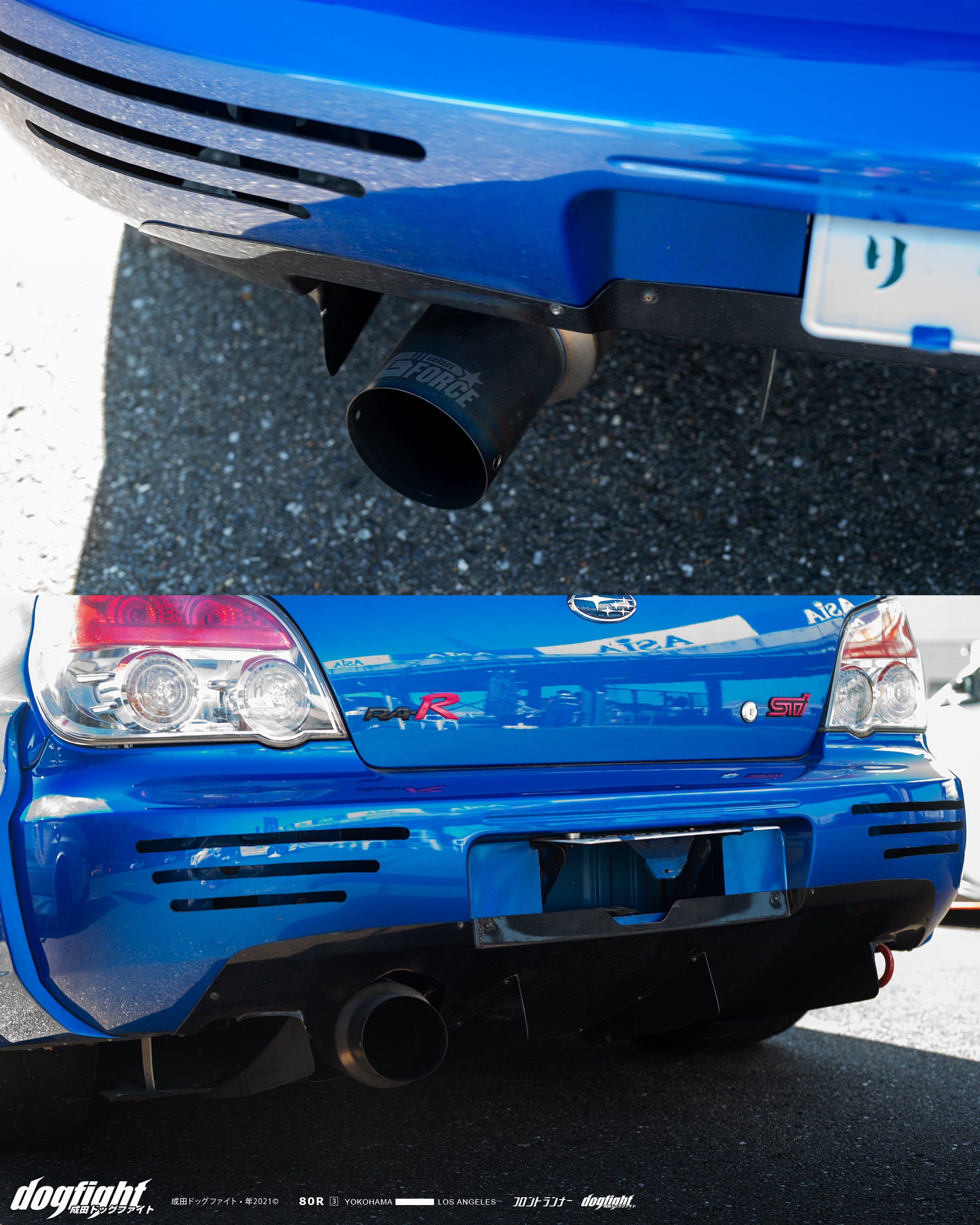 A titanium G-Force exhaust system makes its way across the full carbon flat bottom, and under the HKS Kansai rear diffuser, peaking out the back of the vented rear bumper.  You may notice that, much like Satoh’s GDB, this too is an RA-R variant. 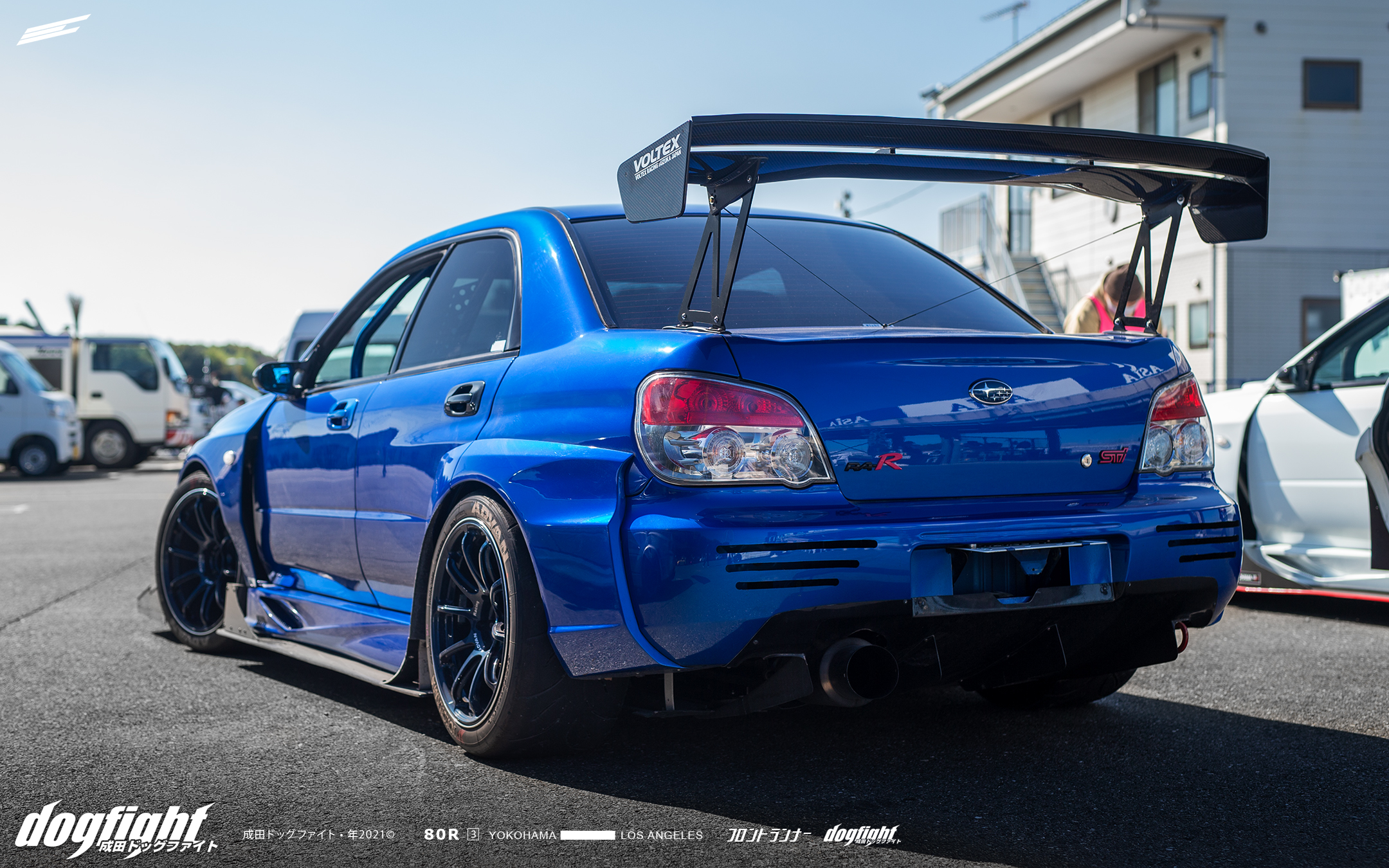 The car sports a full Voltex widebody kit with a few added bits of aero to gain a bit more downforce as well as add to the exterior styling of the Subaru. 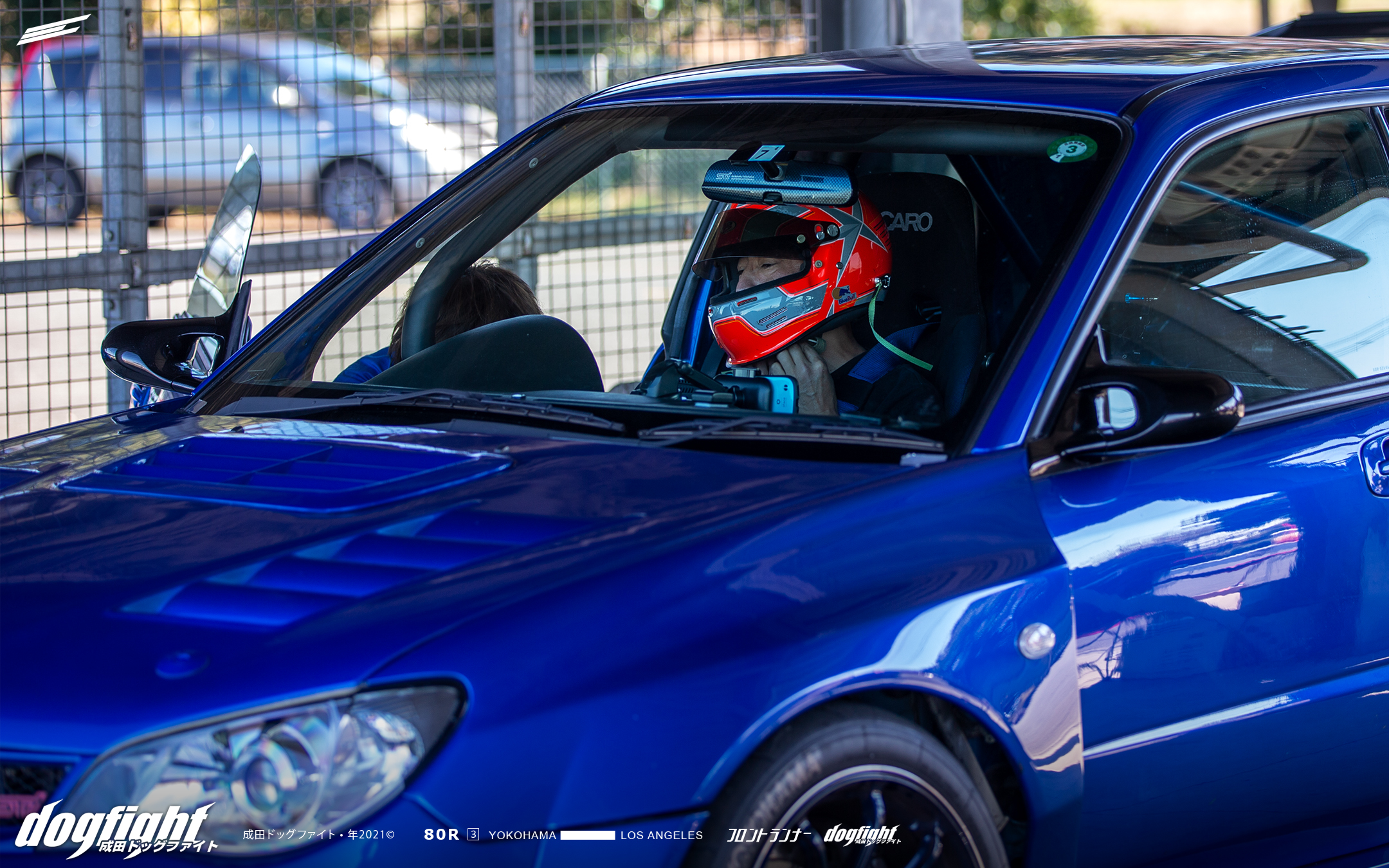 Tamura getting ready to head out to lap TC1000. 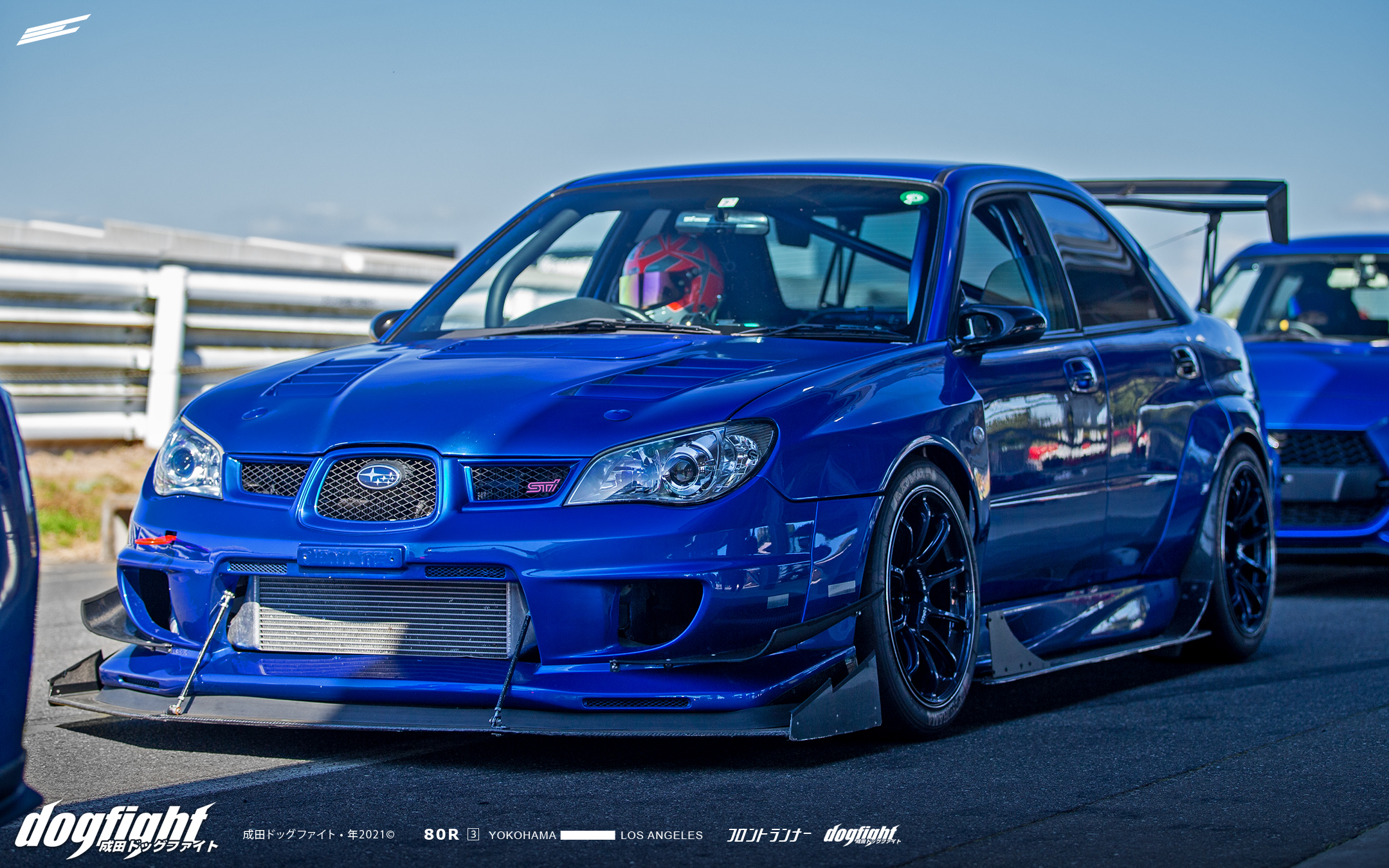 After thoroughly looking over this car we can, without a doubt, acknowledge that this is our favorite angle.  The subtle aggressiveness of the Voltex kit expertly accentuates the cars original body lines; an incorporation of OE and aftermarket that only a company as knowledgeable as Voltex could pull off so well.  Tamura’s addition of the front splitter, and side strakes give the car less of a street look, and more of one that finds it’s home on track. 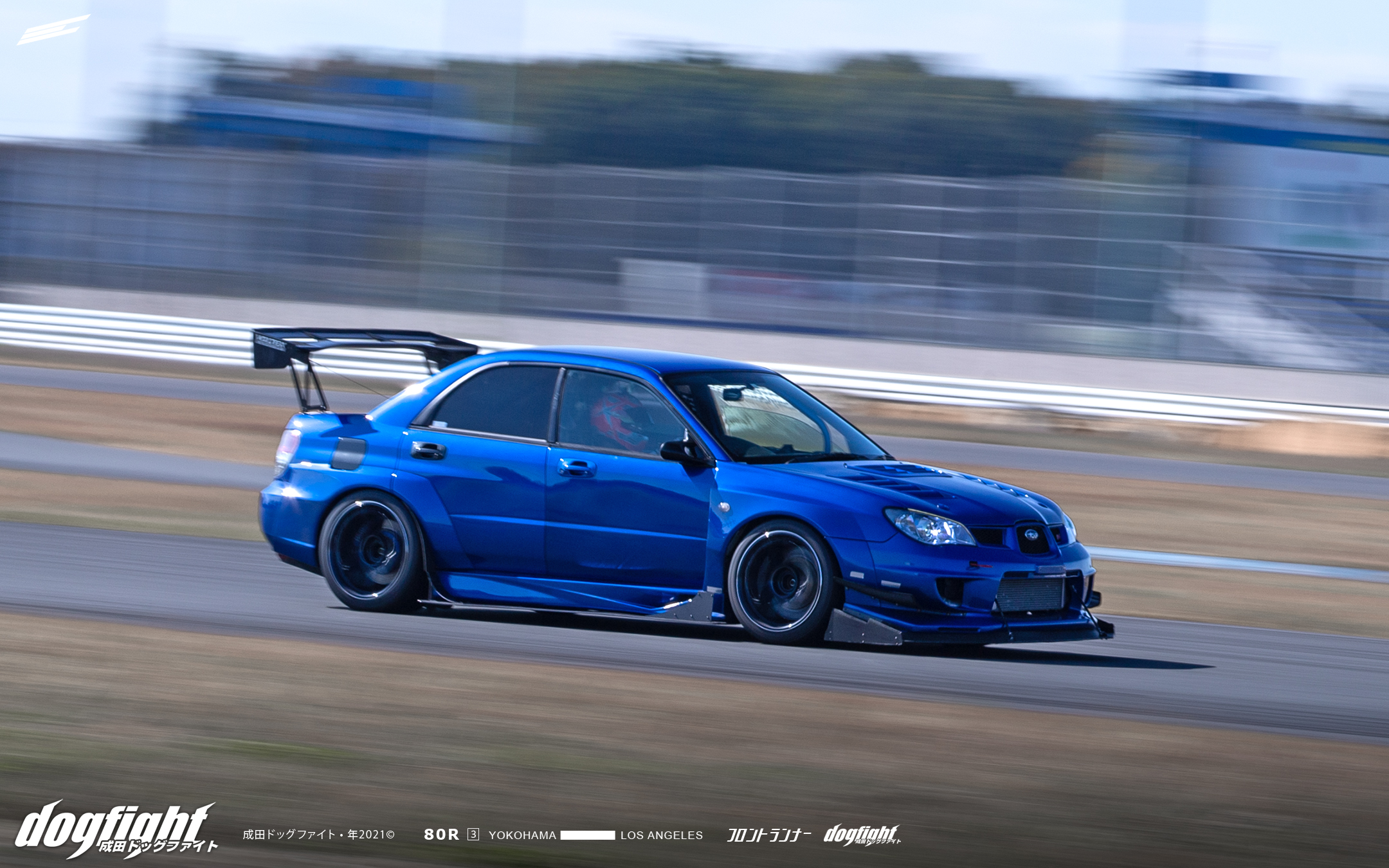 Tamura is looking forward to the addition of a sequential gearbox next year to help him achieve the times he’s set for himself at each circuit.  He agrees that at this point, the transmission is one of the weak points of the car. 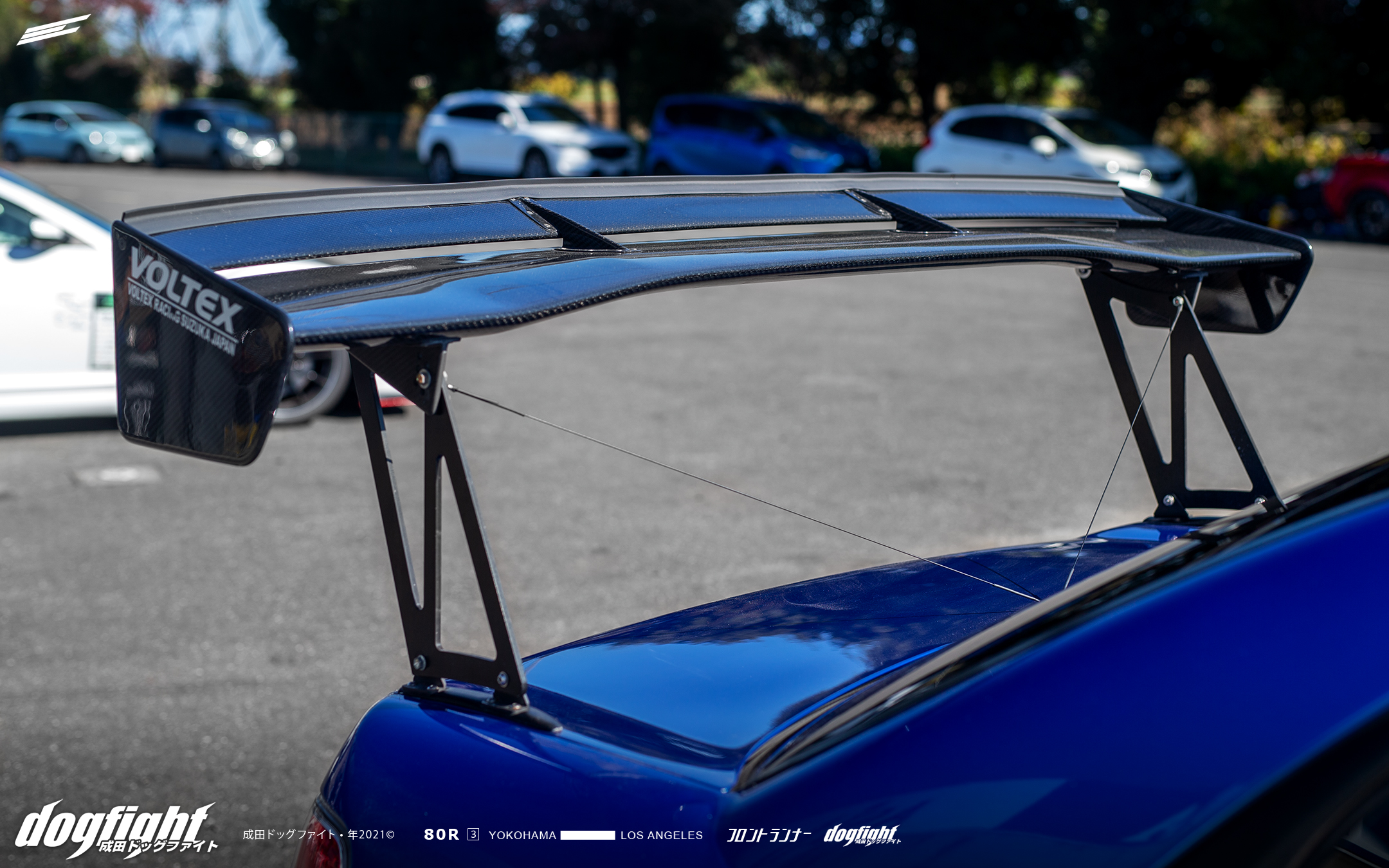 The almost ‘standard issue’ Voltex wing compliments the rest of the kit. 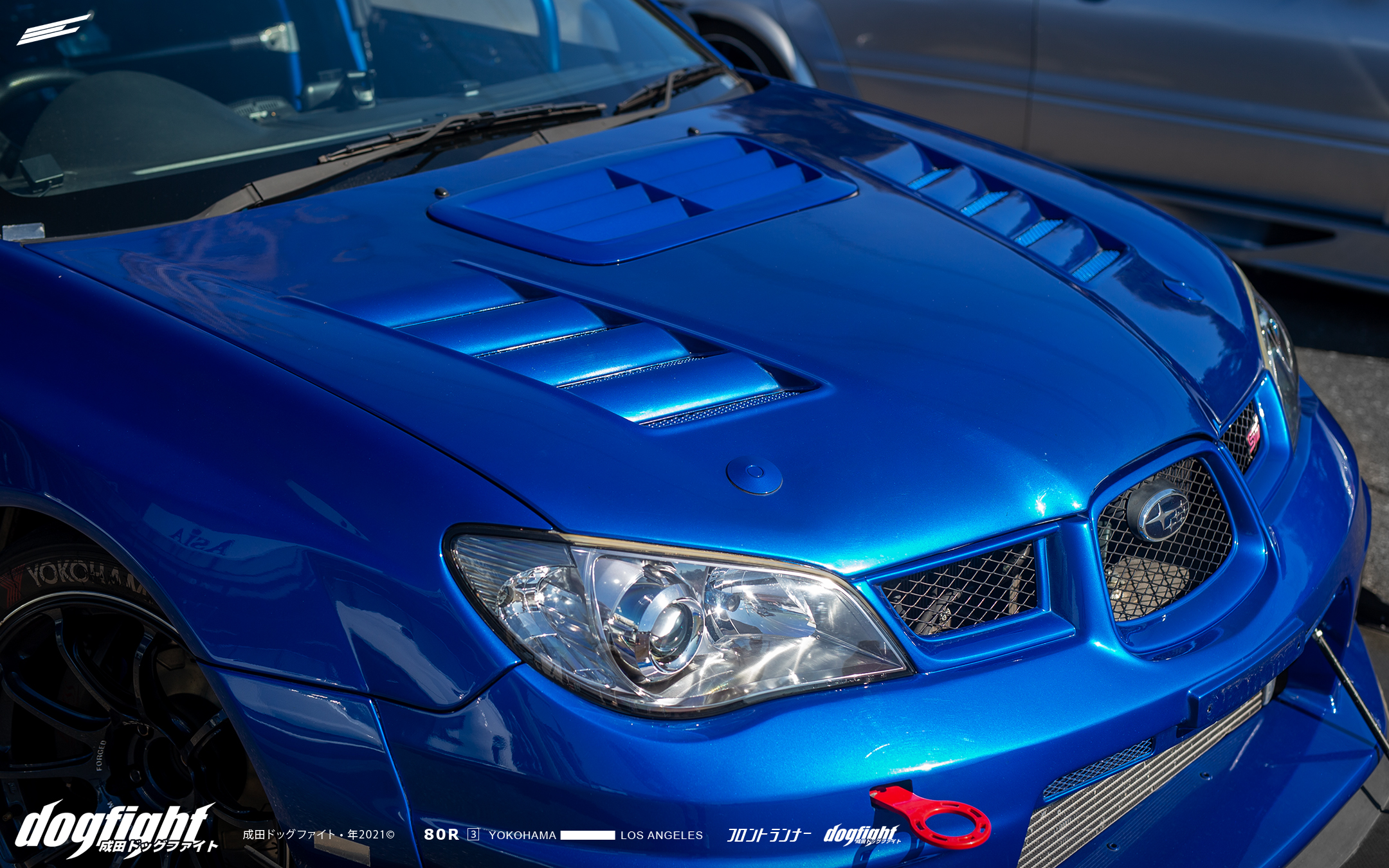 The vented hood, also from the Suzuka based aero company, helps alleviate heat and pressure from the engine bay. 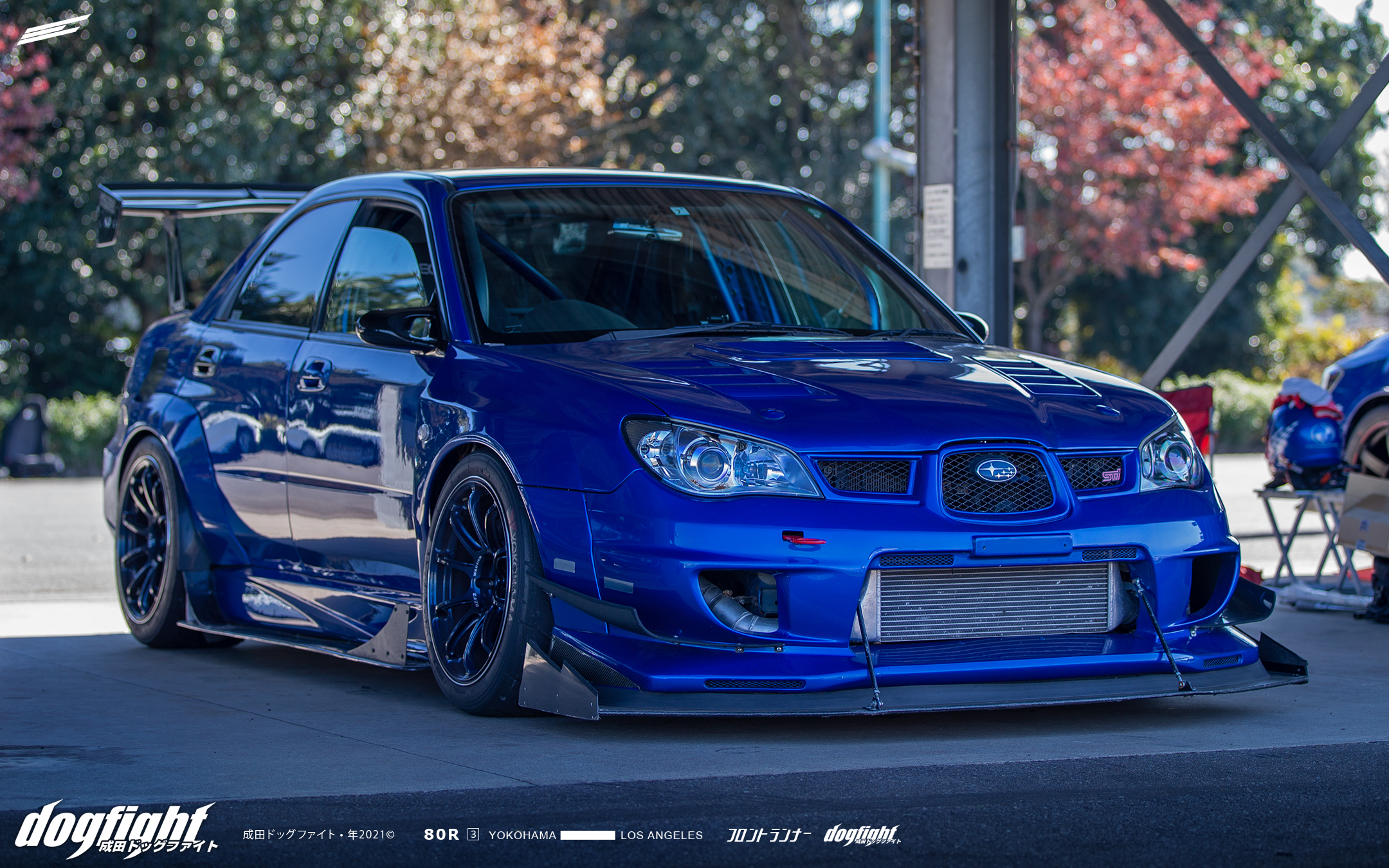 The ride height of the car is dropped and stiffened by the use of Garage G-Force SPL dampers from Ohlins featuring their patented DHV harmonic drive system.  A 25kg front spring and 23kg rear spring come standard with the G-Force spec units. 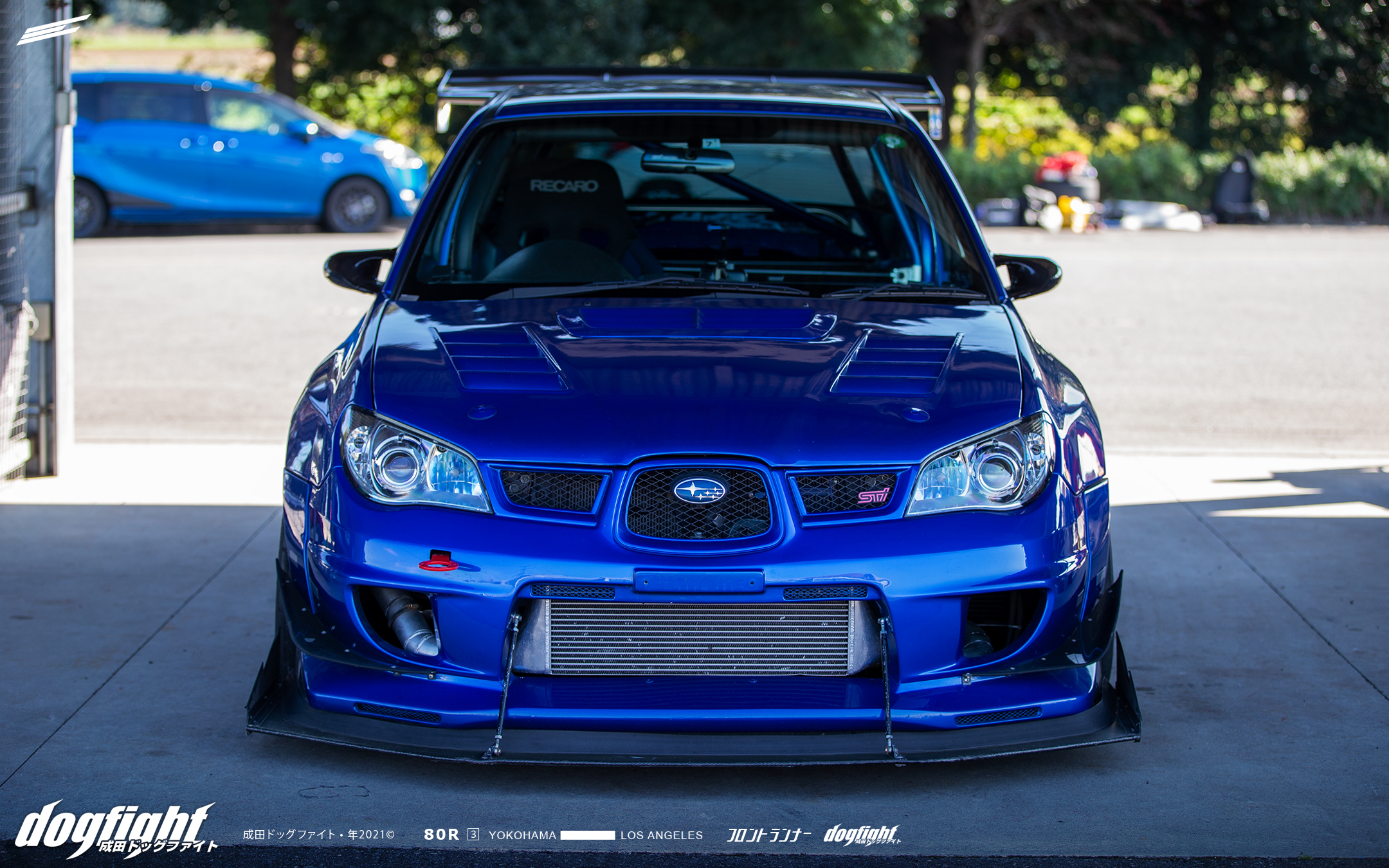 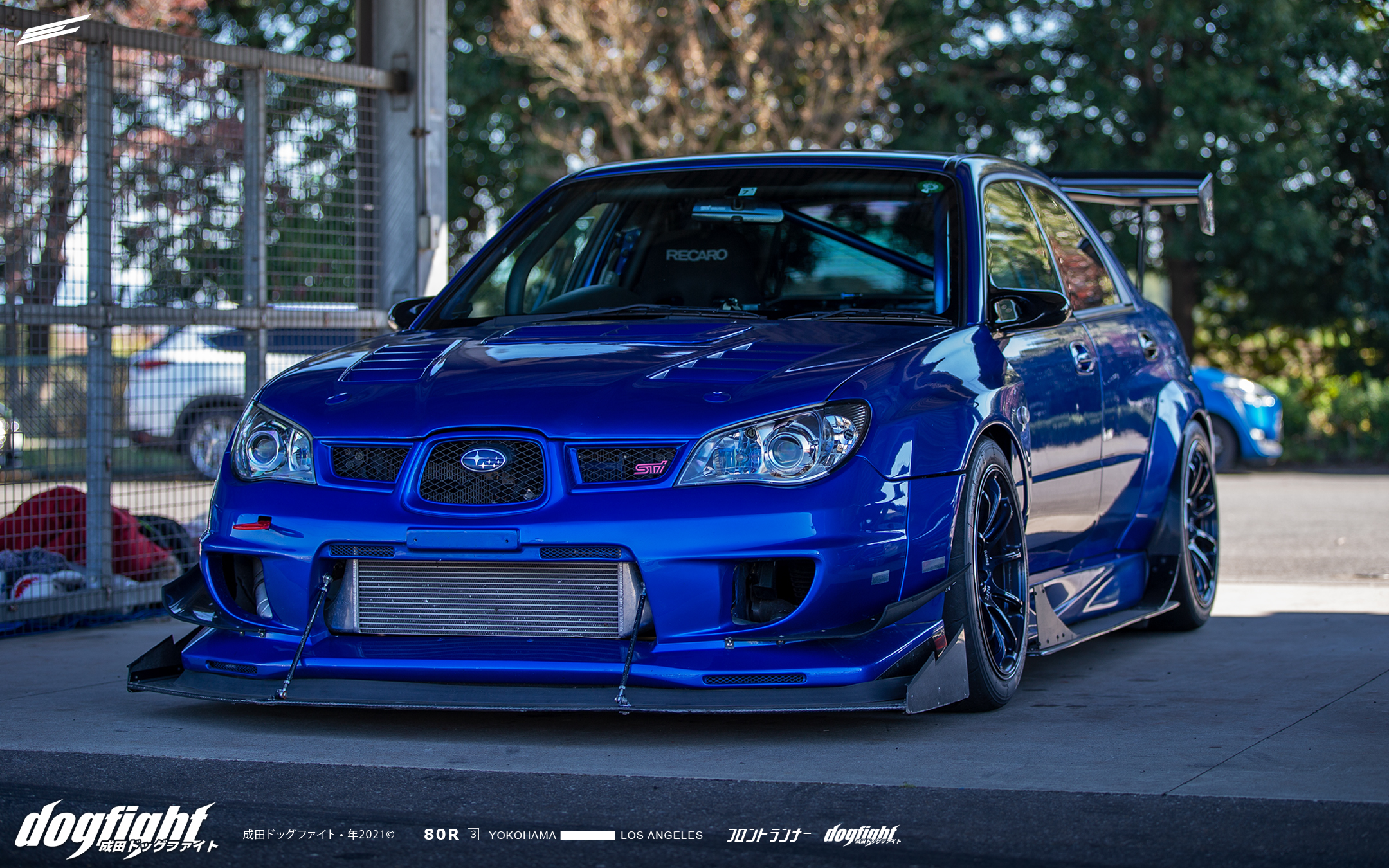 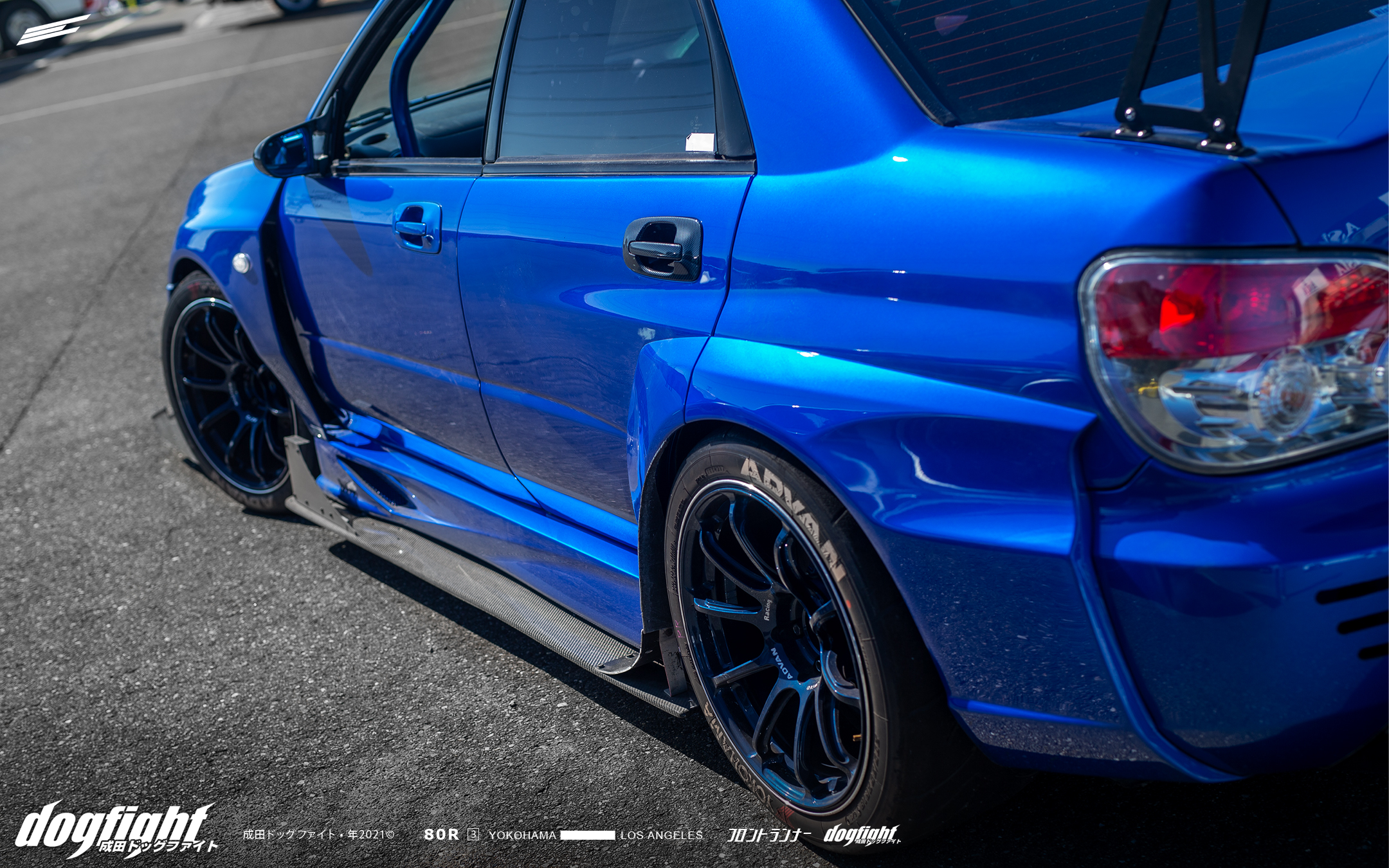 All four doors have been swapped out for carbon alternates, greatly reducing the curb weight of the sedan. 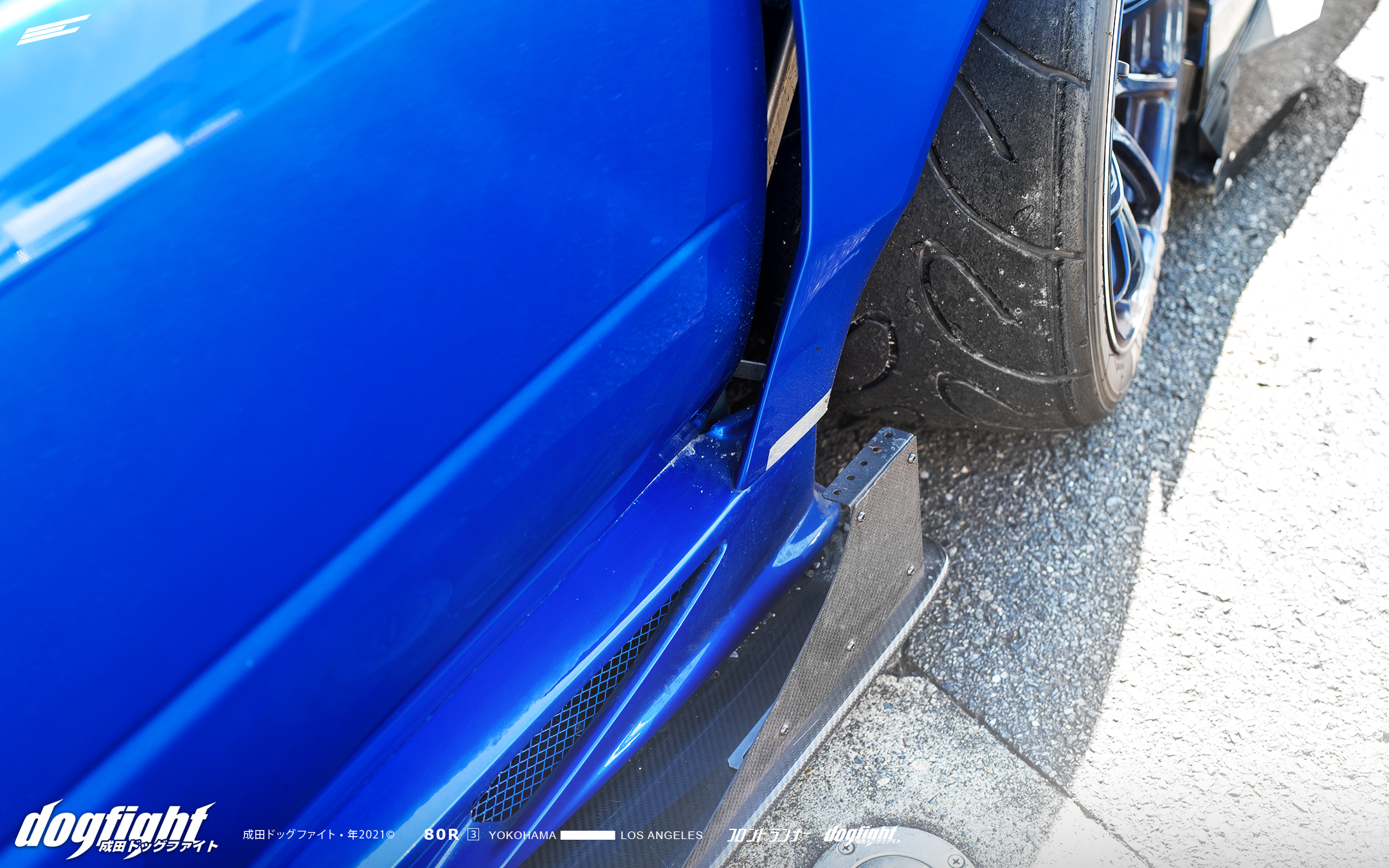 A few in progress aero modifications, that allow the front fenders to be pulled out a bit for added real estate. 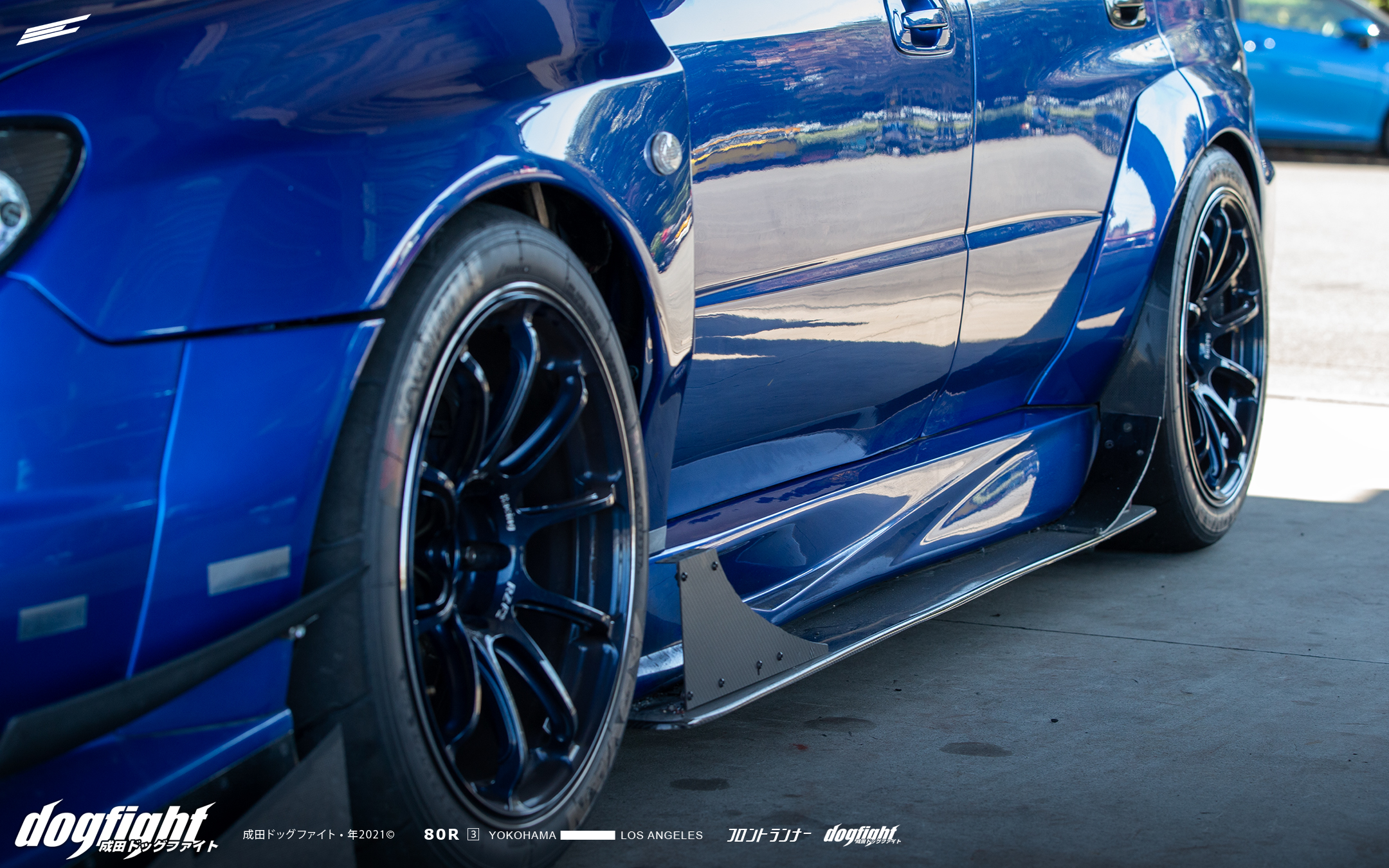 Advan RZ-FD in 18×11 +15j reside at all four corners wrapped in 295 series Advan A050 – the tire of choice for time attack enthusiasts in Japan. 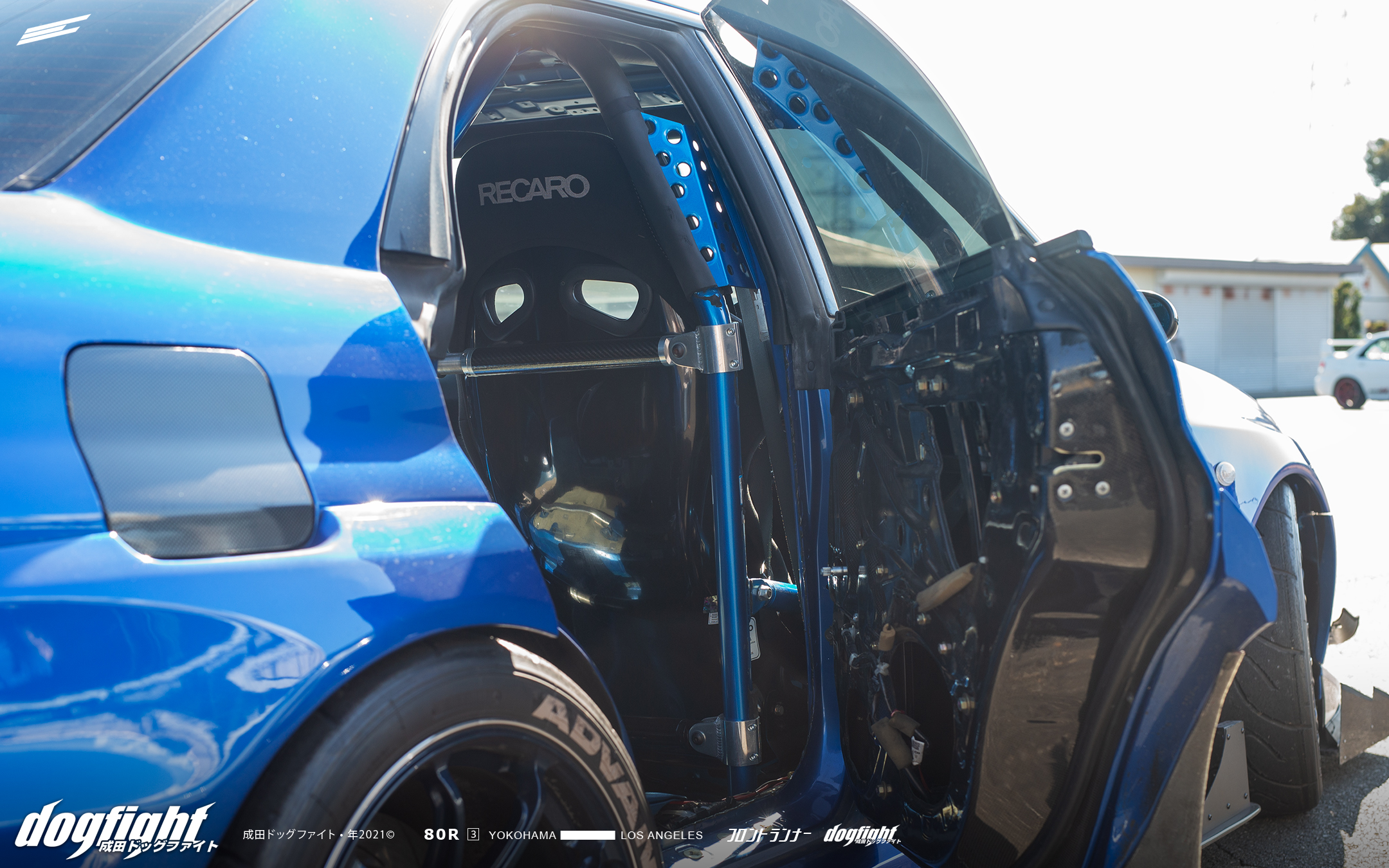 In order to bring the overall weight of the car down, Tamura has stripped the car from the dash back. 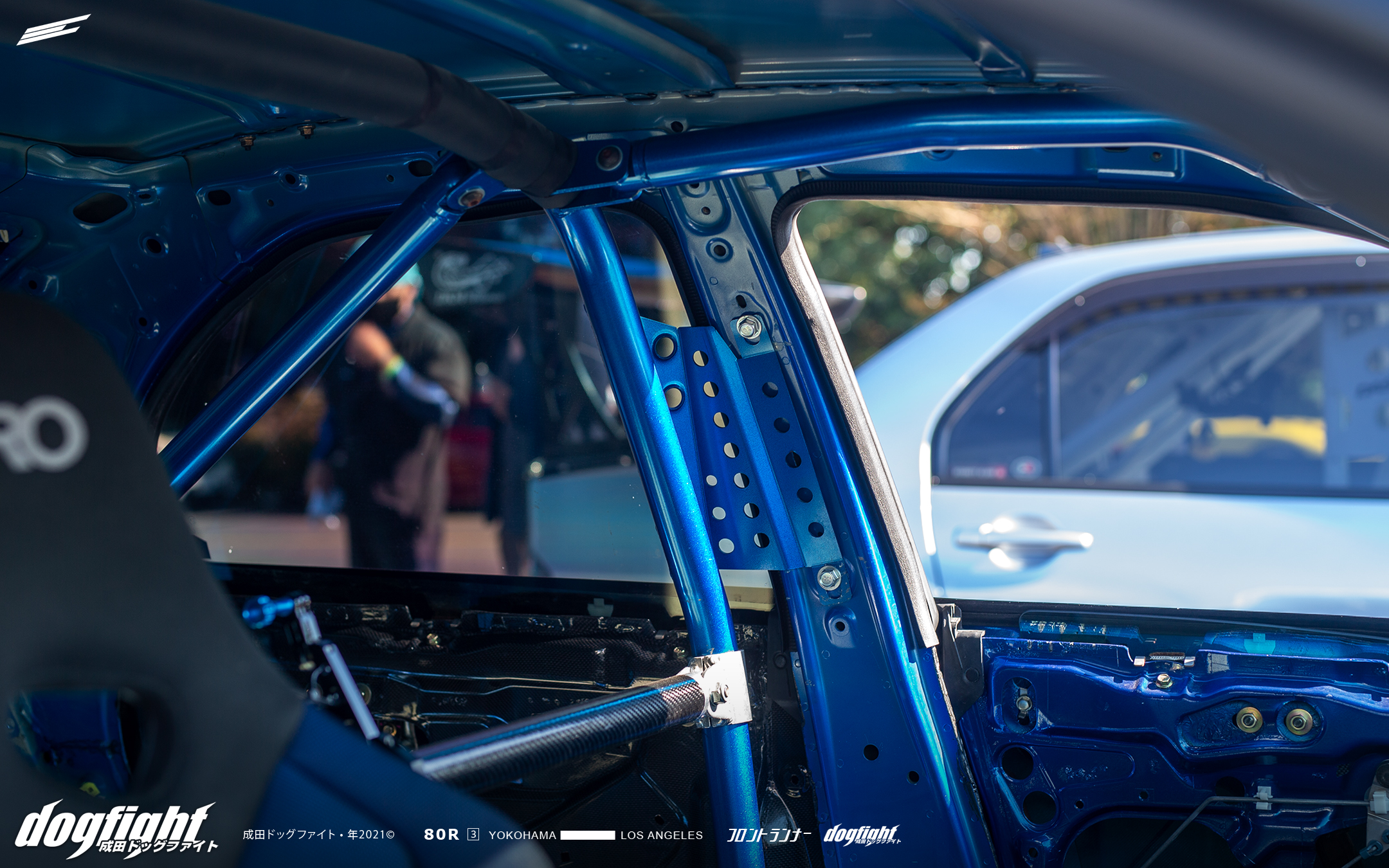 Not one to ignore the dangers of a high speed run on Fuji Speedway, he’s equipped the car with a 7-point Cusco cage. 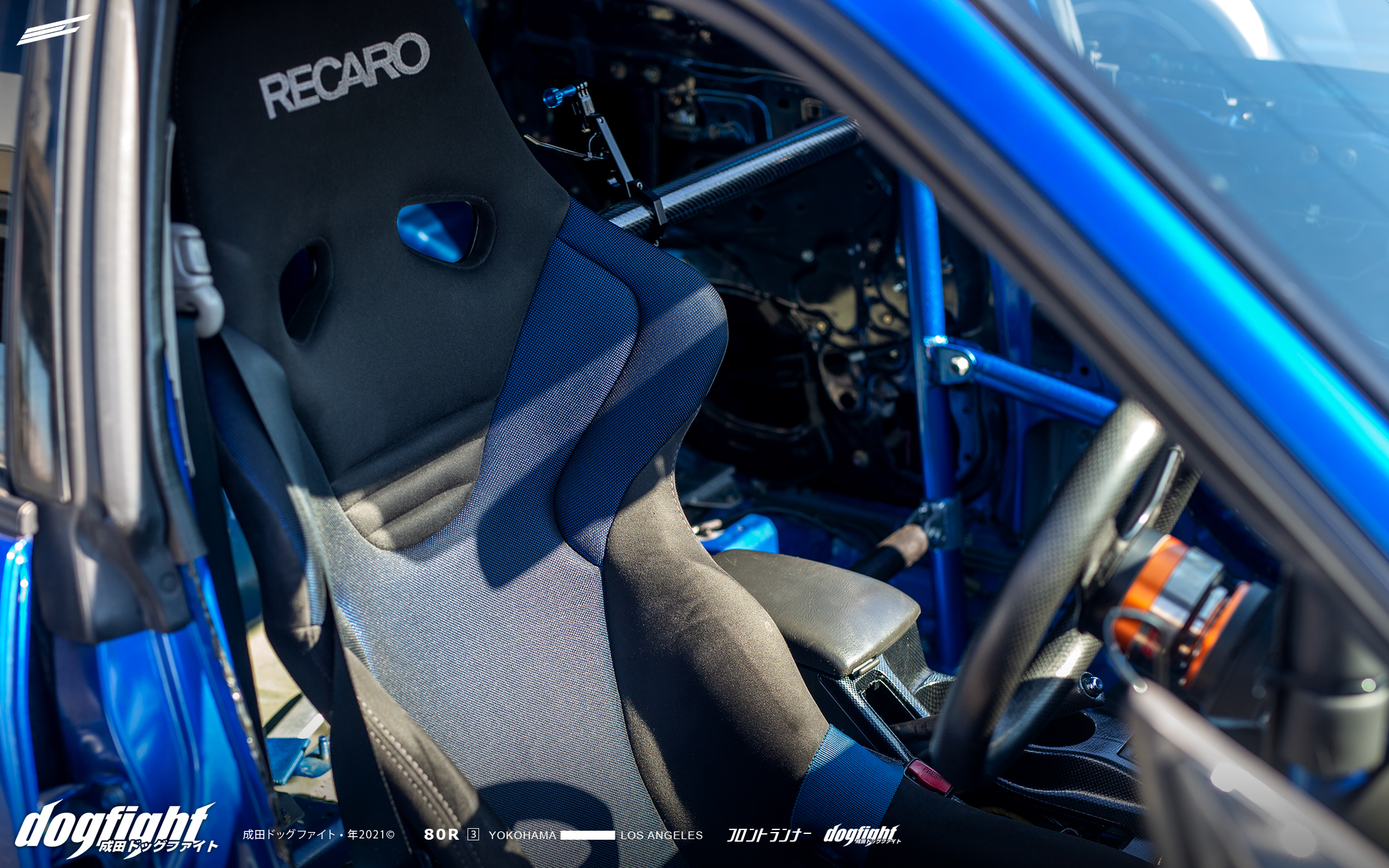 A Recaro RS-GE in a rather appropriate blue option holds the driver in and provides a safe aesthetic that matches the rest of the car. 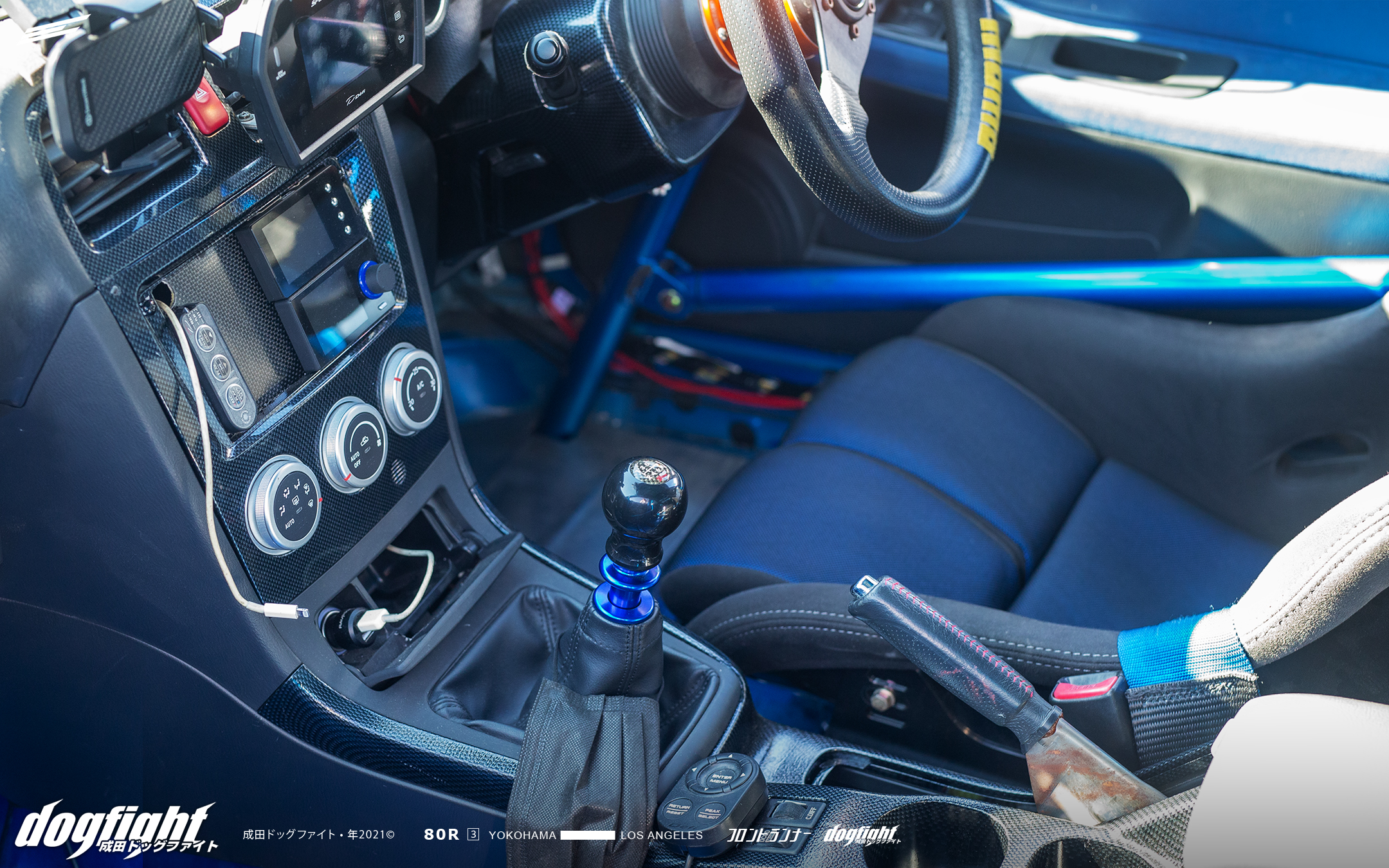 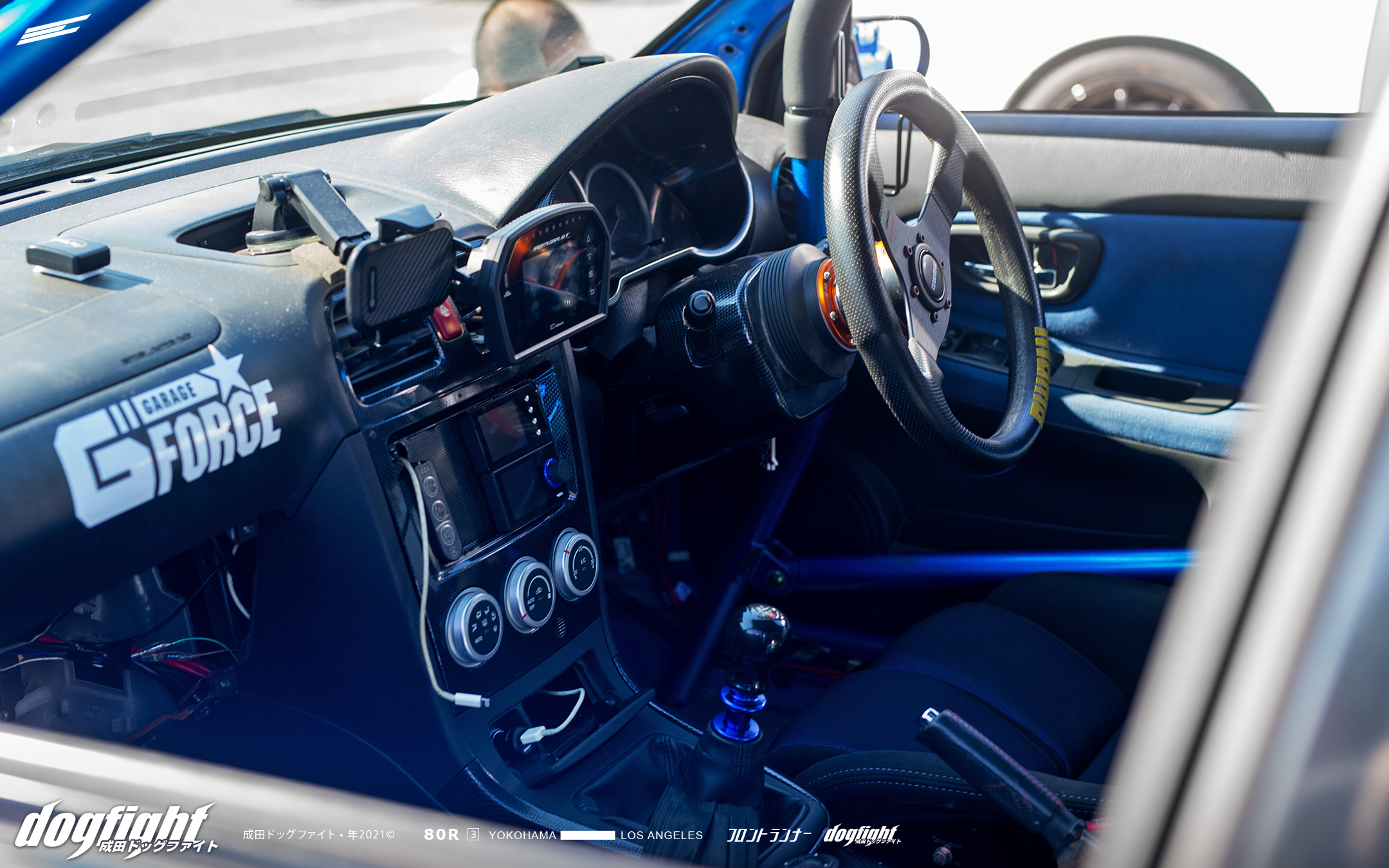 A DEFI dash display sits above the center dins and provides Tamura with all relevant data on the cars health and performance on track, as well as logged data for use during and after his sessions. 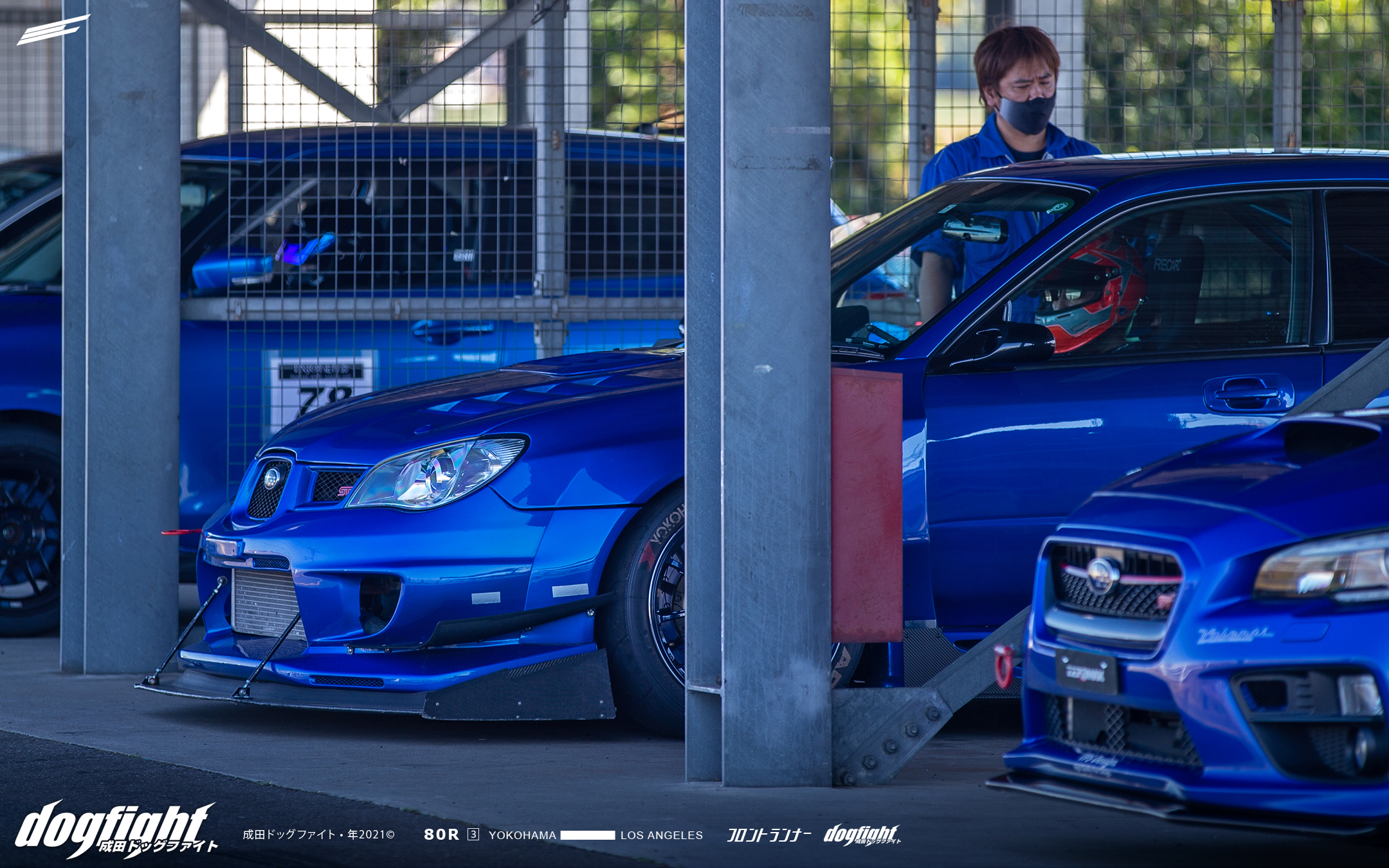 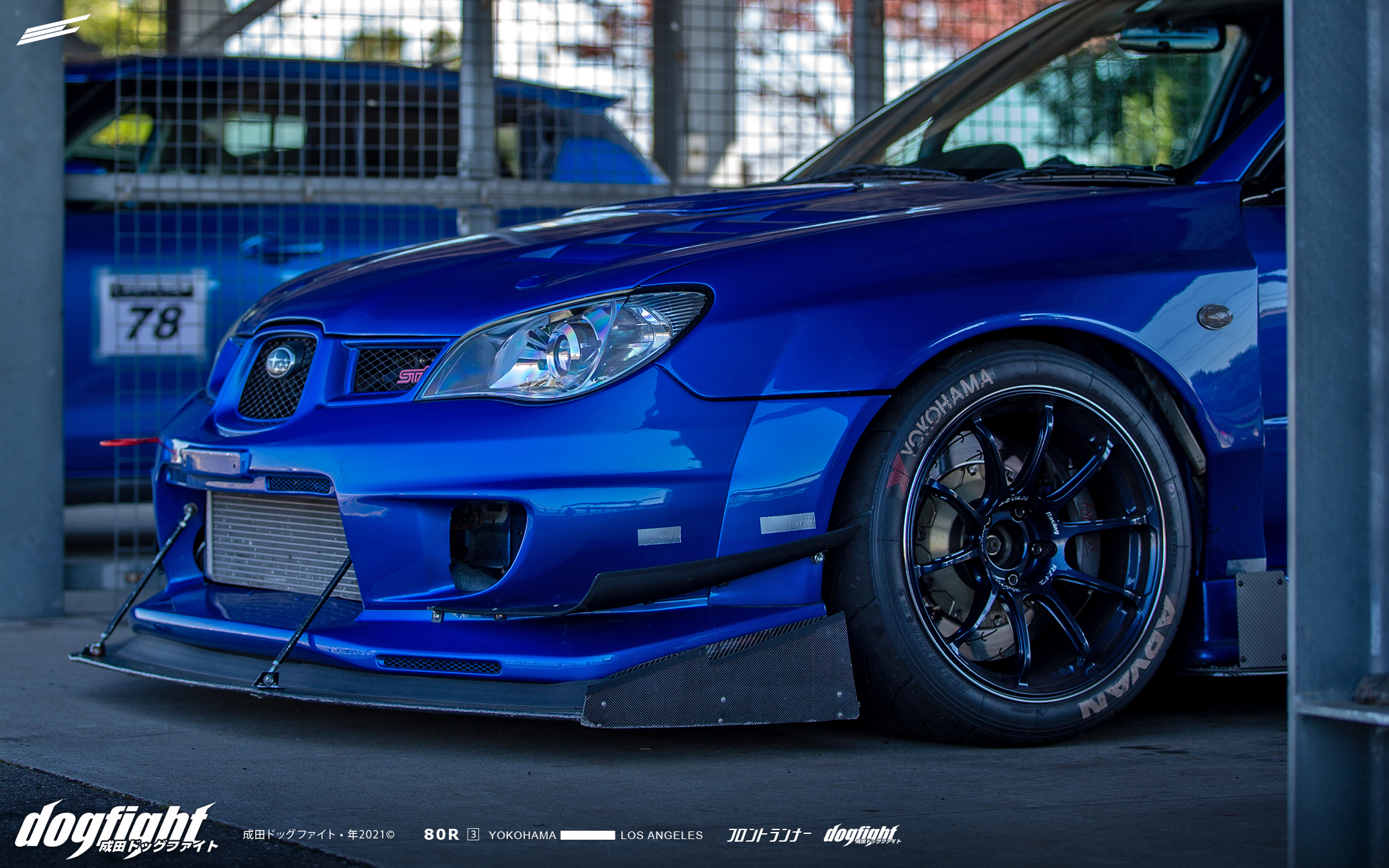 Overall, this build is a package that, on paper, seems very simple, but checks all the boxes for a car that performs exceptionally on track; proving once again, that simple is best. 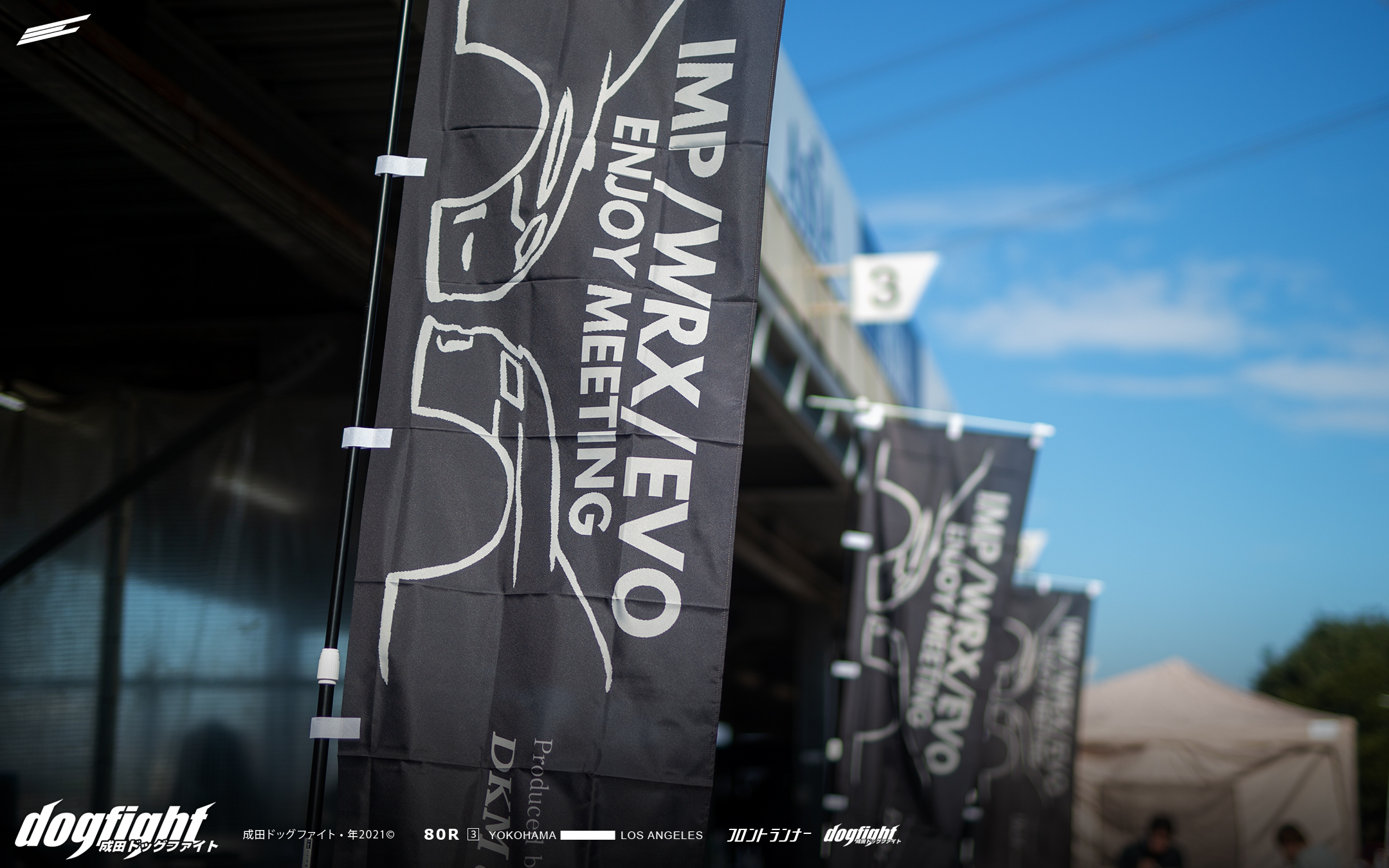 Many thanks to Tamura-san for the closer look at his machine, and as always to Haji for providing great photos.  We have one more feature to cover from the Enjoy Meeting at TC1000 – look forward to that next week!