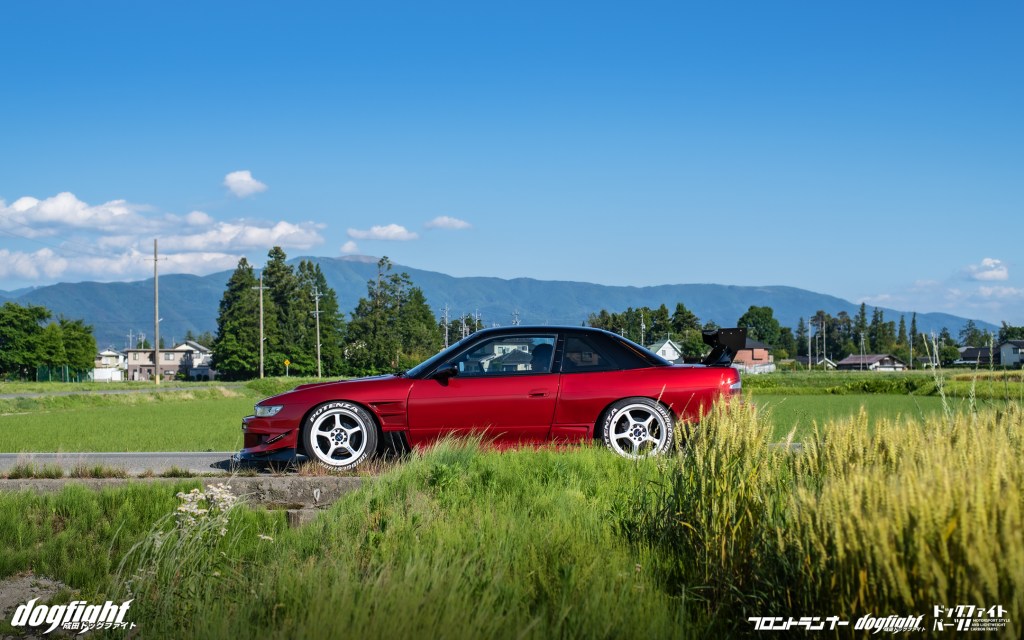 I met Masato during my recent trip to Garage Mak.  He and our friend Tsubaki both attended the same engineering school, and naturally became friends over their first year of college.  While I was in Nagano, I had the chance to get a closer look at his S13.

Masato lives really close to Kofu station in Yamanashi and offered to drive me from up North to save some money on train fare.  It was a nice trip and I got to learn a little of his home area on the way down.  It also gave us an opportunity to chat for a few hours about his car and enjoying motor sports.

Masato’s S13 was built entirely on his own.  Piecing together a look from a variety of different aero producers, he was able to create a look entirely unique to his own vision of modification. 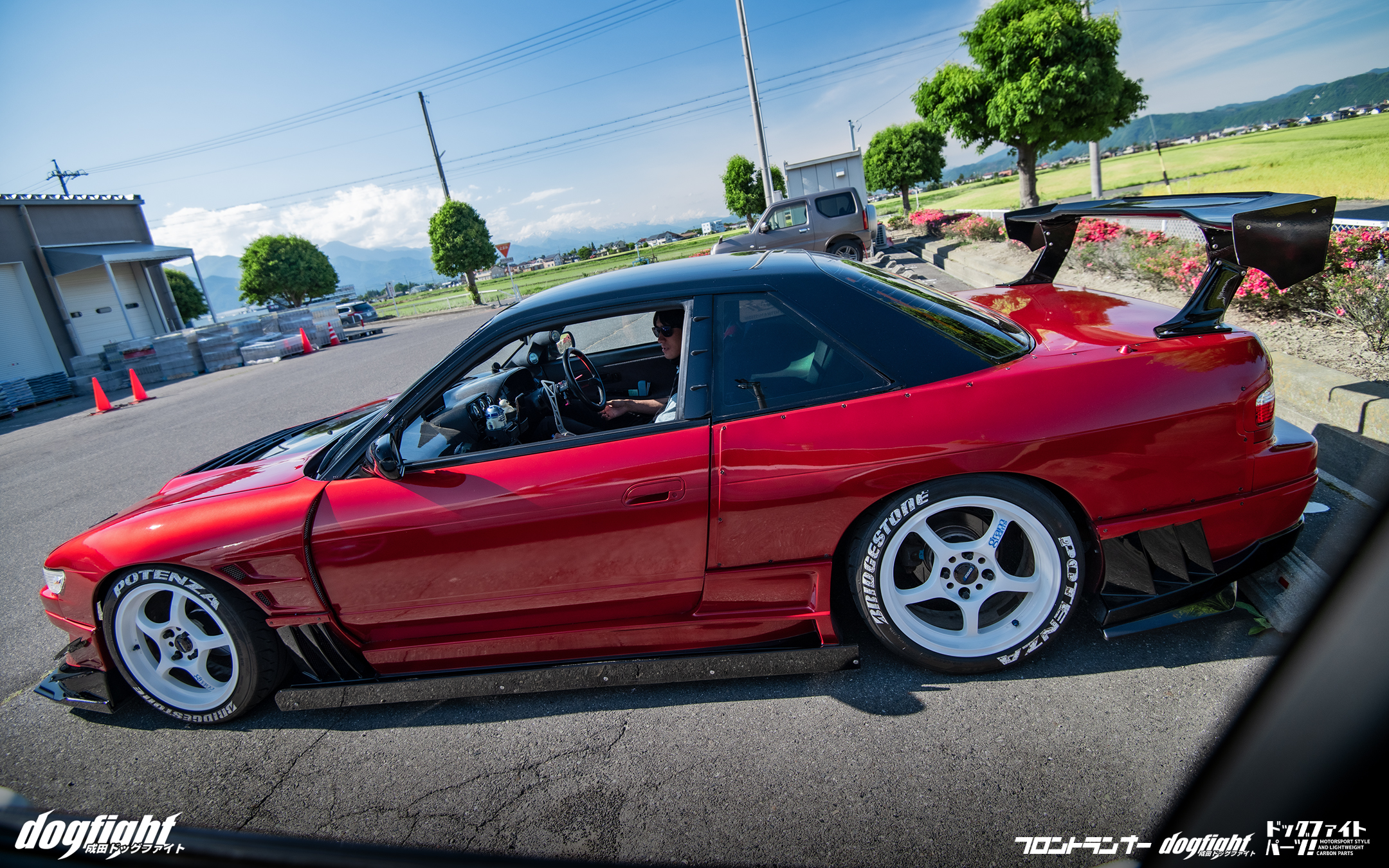 A Works9 front bumper was paired with a front splitter from the Spirit Rei Kamikaze line.  A pair of Garage Mak S15 side panels are integrated into the +40mm D-Max fenders.  The Garage Mak pieces flow well into the Type 3 GLARE side skirts from Car Modify Wonder with the addition of a Garage Mak S15 Type 5 strake. 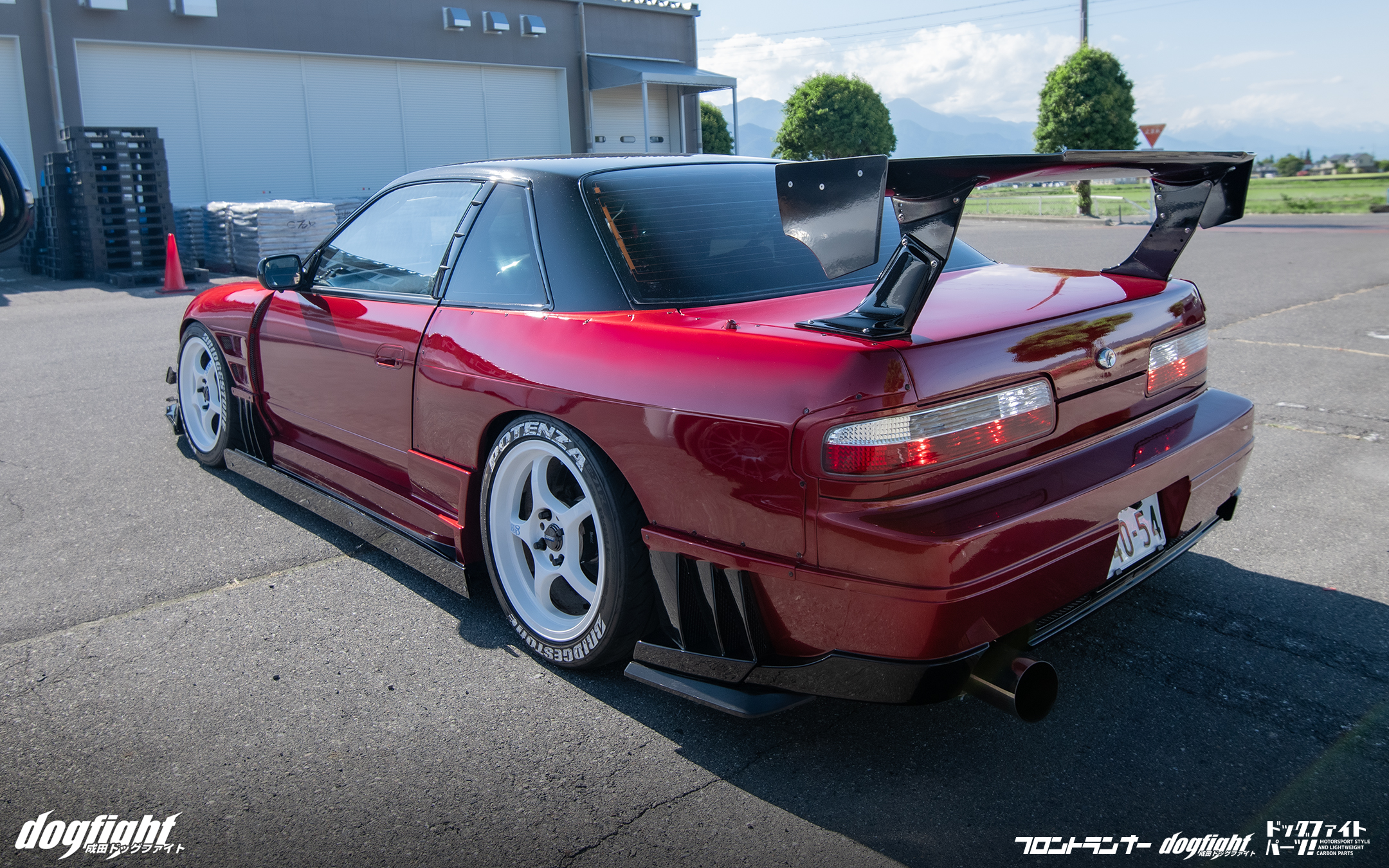 The rear over fenders are also from D-Max, increasing useable width another 30mm in the back.  A Type 3 GLARE rear bumper, also from Wonder, rounds out the car’s distinctive styling.  While the car would probably look amazing with a wingless iteration, the Greyhound 1590mm GT Wing adds a touch of circuit to the car.  The car is clad in a reddish maroon color that Masato painted himself.

“What I enjoy most about Gymkhana is the rush and the relaxed feeling that I get when I control my car at high accuracy while riding between those pylons.” 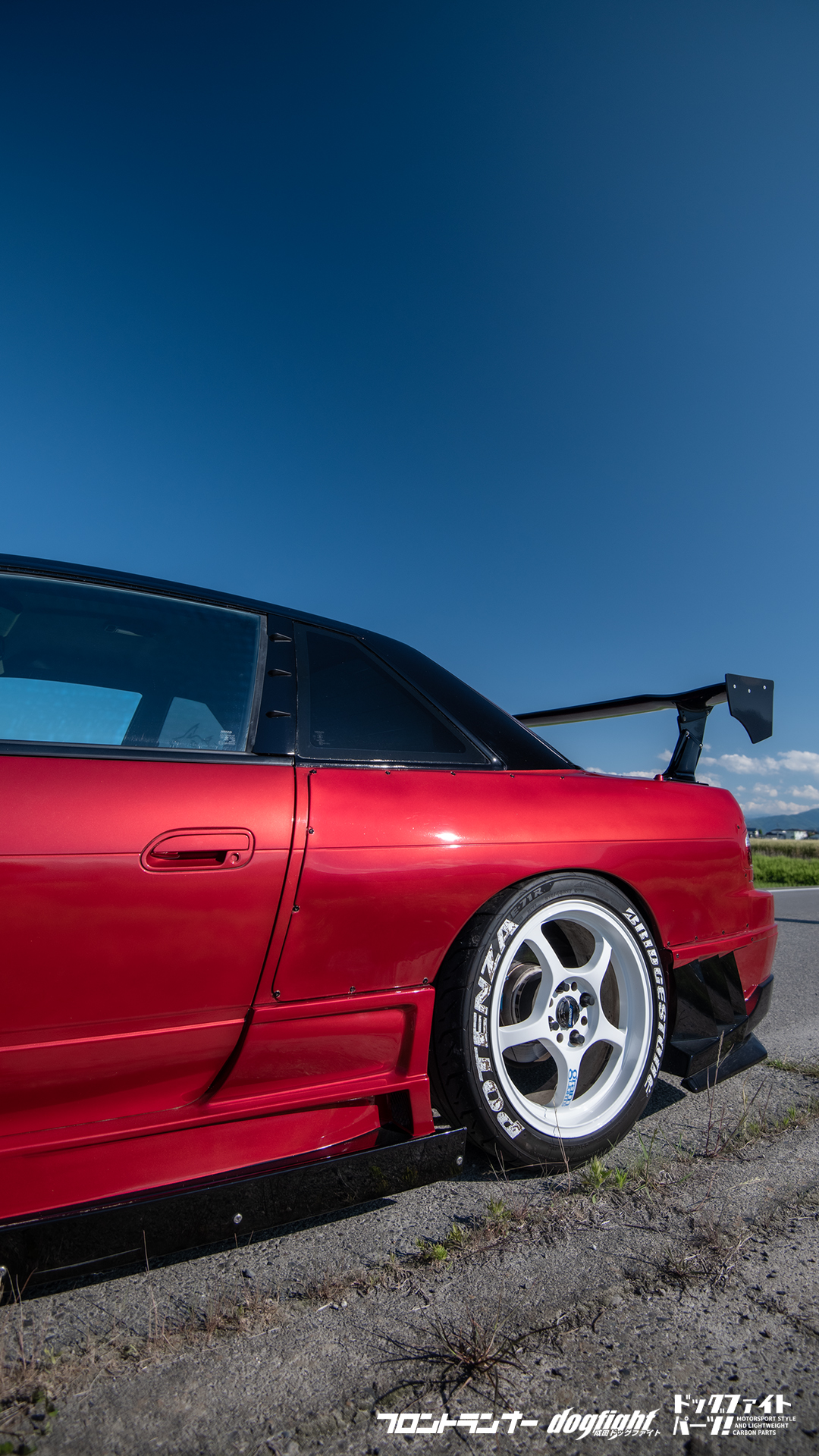 The older chassis has been stiffened with a Nismo Power Brace System and Nagisa Auto fender braces.  D-Max D1 Spec front and rear arms replace the OE versions and allow for fine tuning the alignment.  Tein HA dampers with 10k/10k spring rates are a perfect match for how the car splits its time between street and track.

The 17″ RAYS Gram Lights are wrapped in 215/45/17 Potenza RE-71R’s at all four corners.  Also assisting in maintaining grip on course is a 1.5 way LSD from KAAZ.  Dixcel brake rotors paired with Winmax ITZZ brake pads are all he needs to efficiently slow the car. 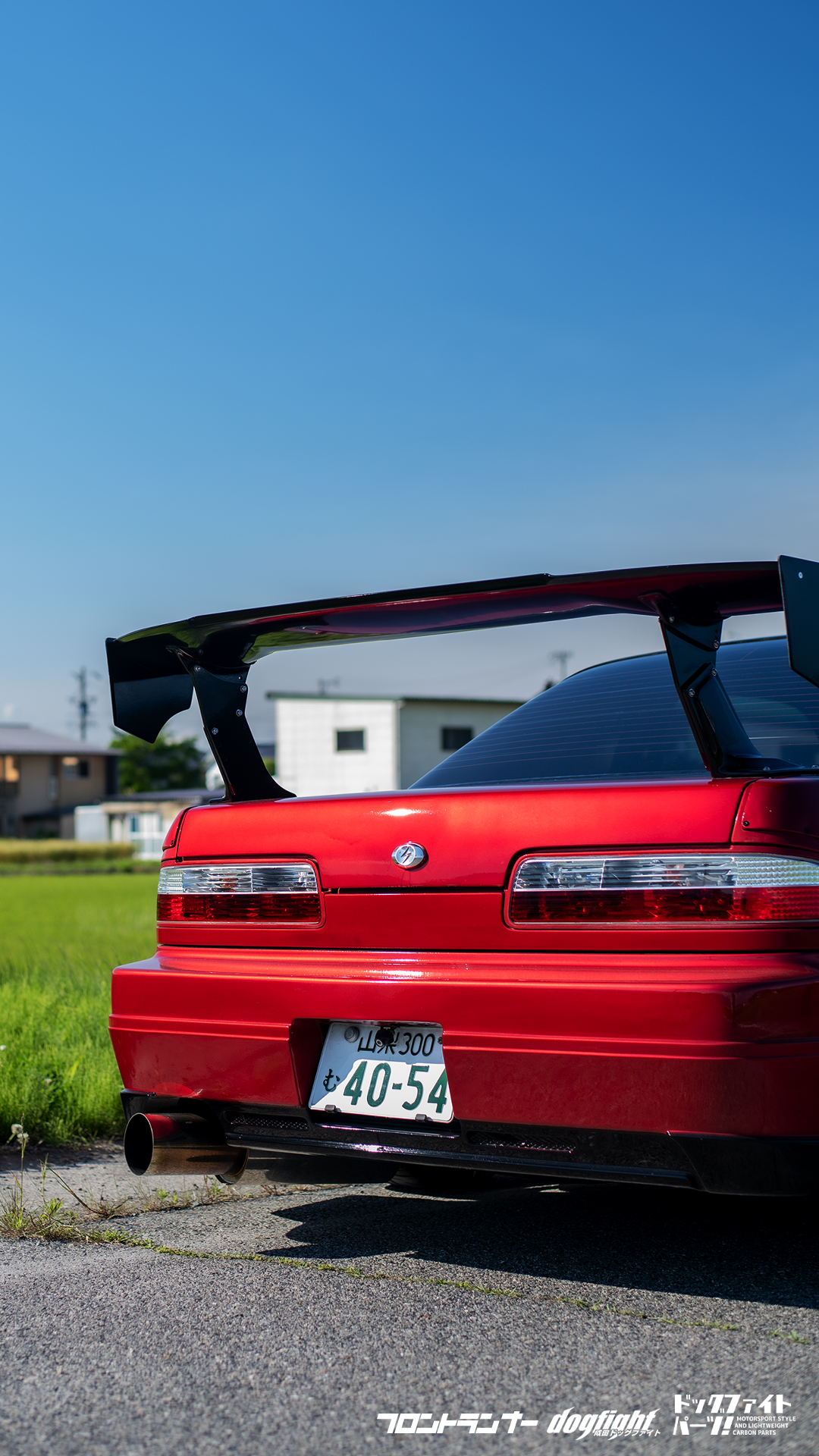 Among the few modifications done to the engine, is a Fujitsubo Super Ex catback exhaust mated with an A’pexi high flow catalytic converter (Super Catalyzer + ECV), as well as an HKS Super Power Flow intake.  Other than those simple upgrades, the naturally aspirated SR20 remains untouched. 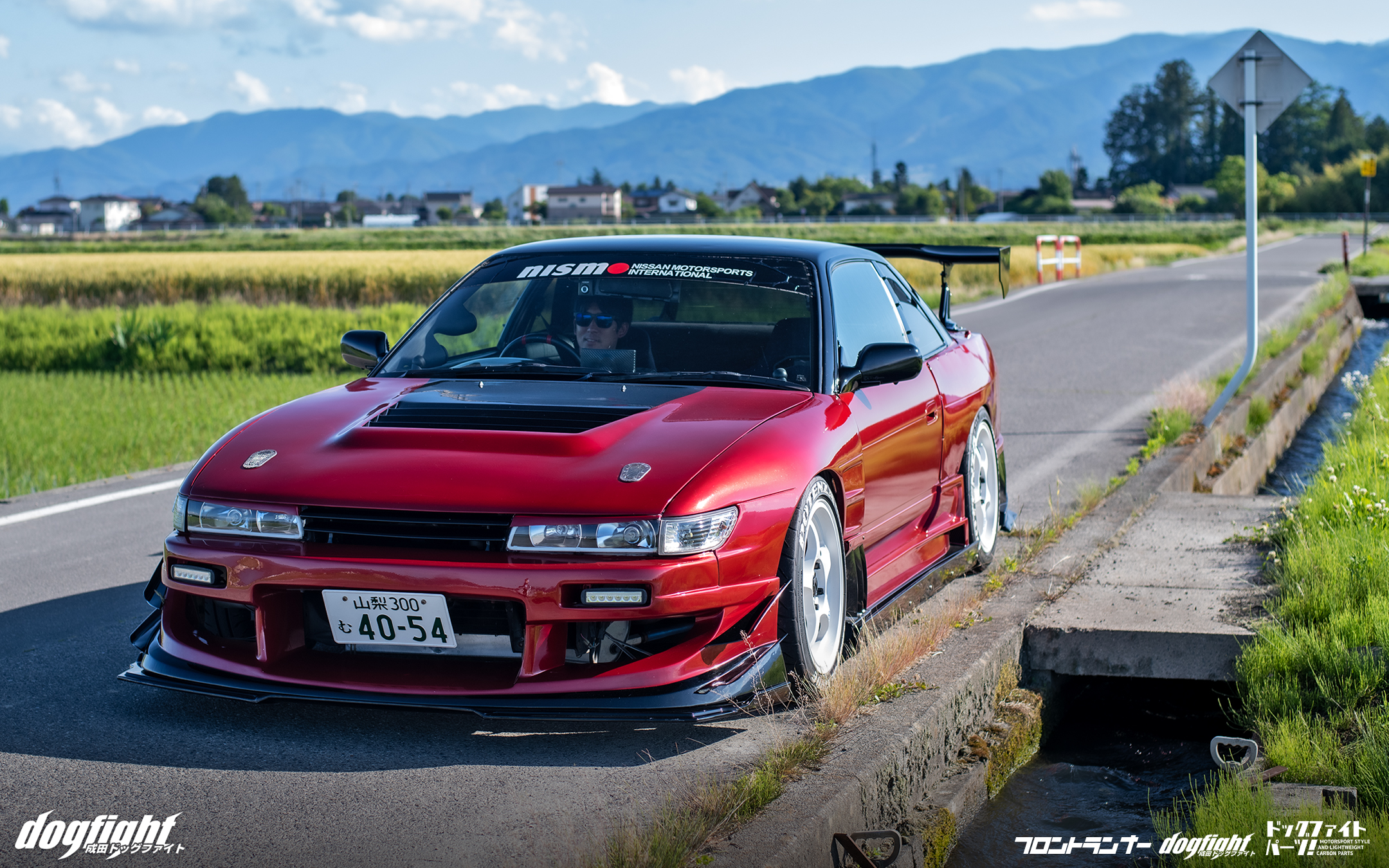 A vented D-Max hood helps alleviate some heat from the engine bay during track events, or whenever he’s stuck in traffic. 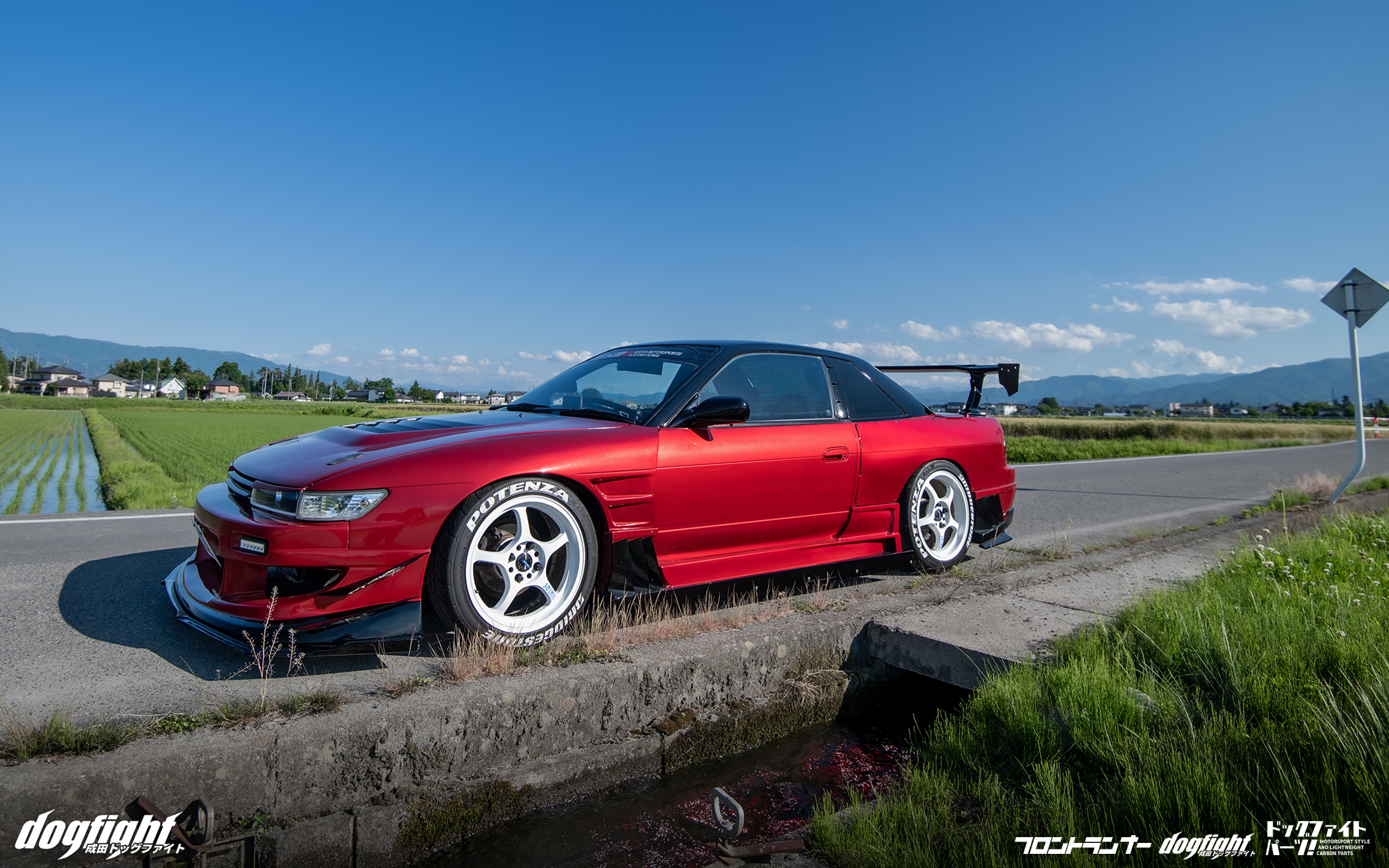 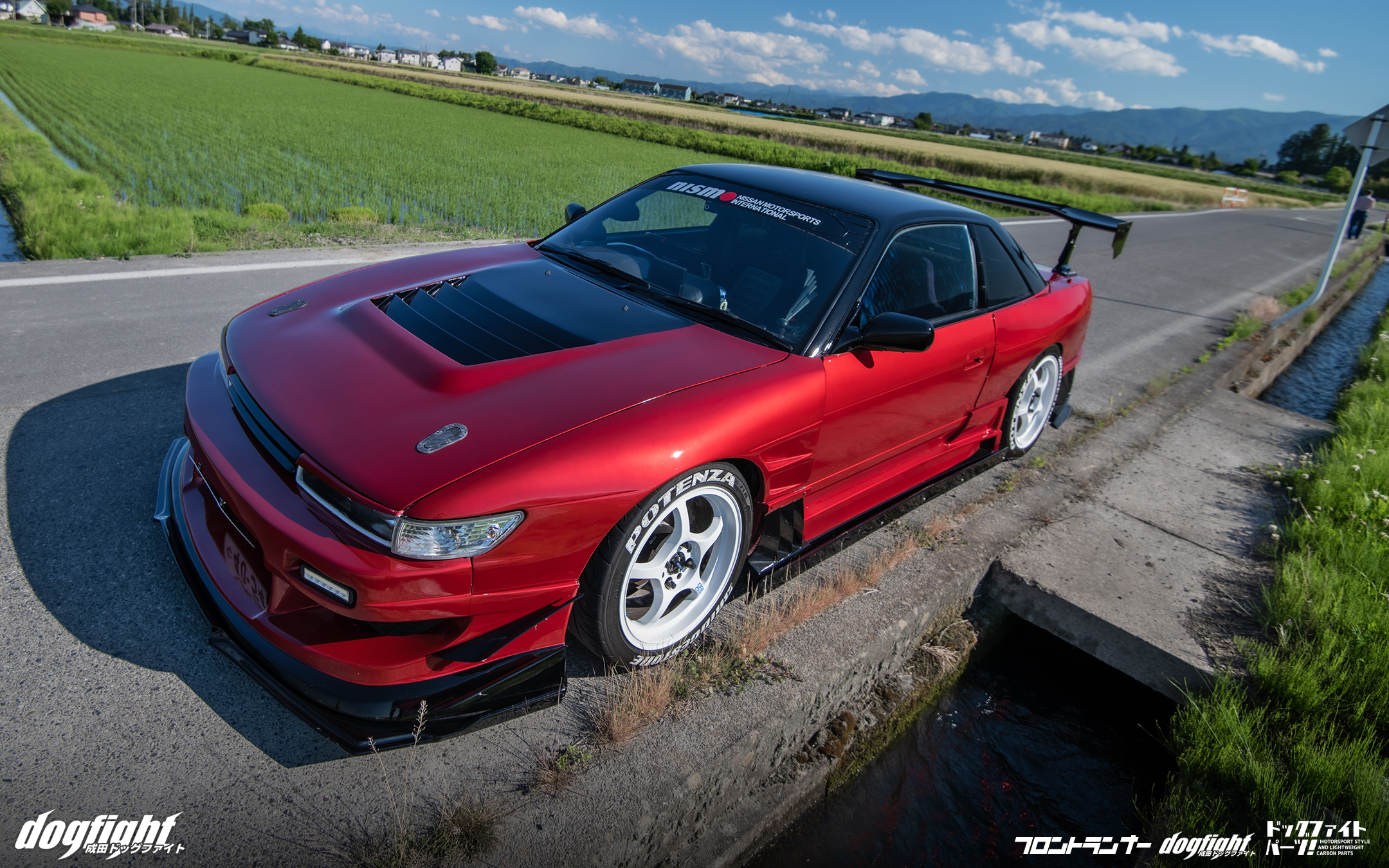 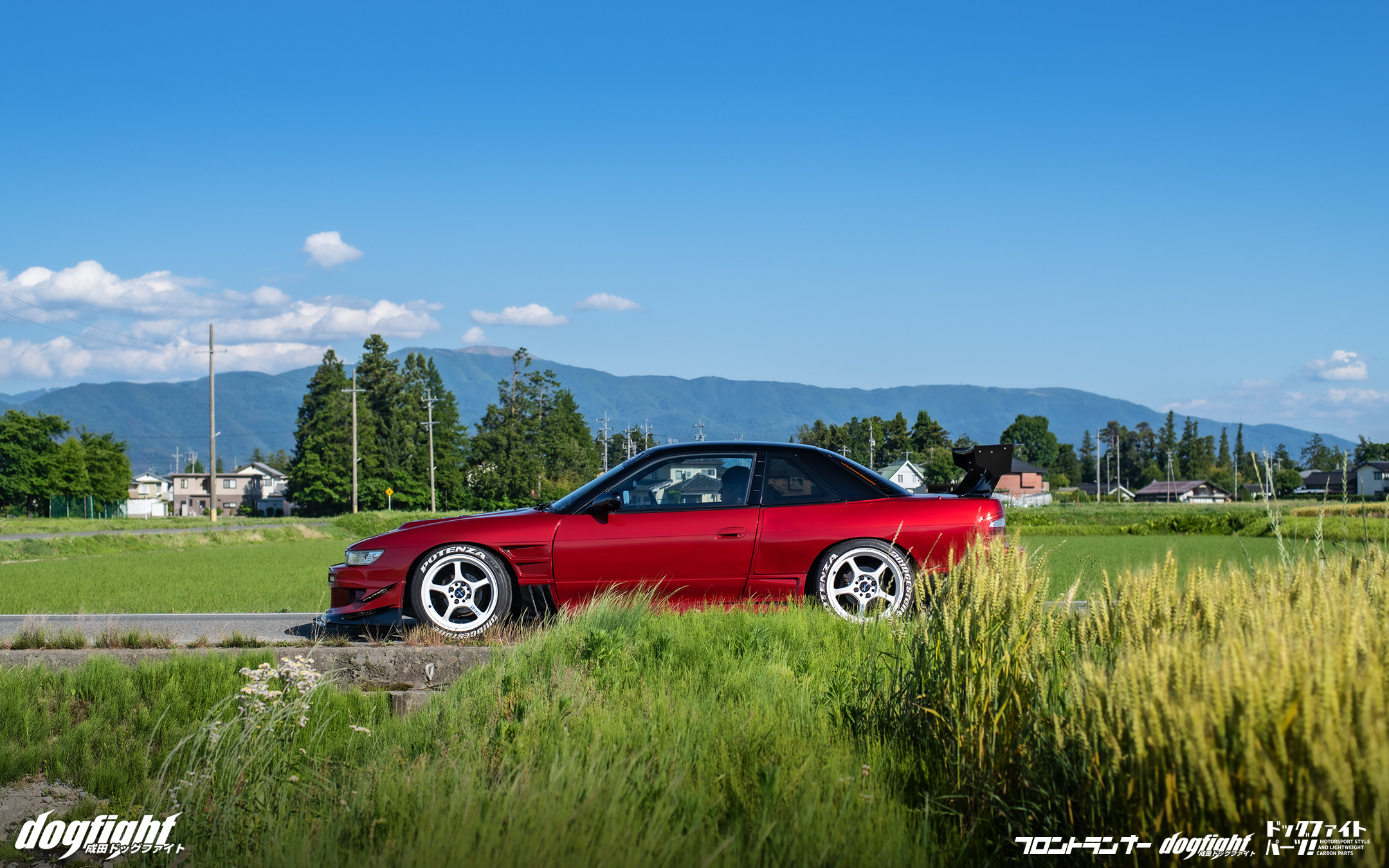 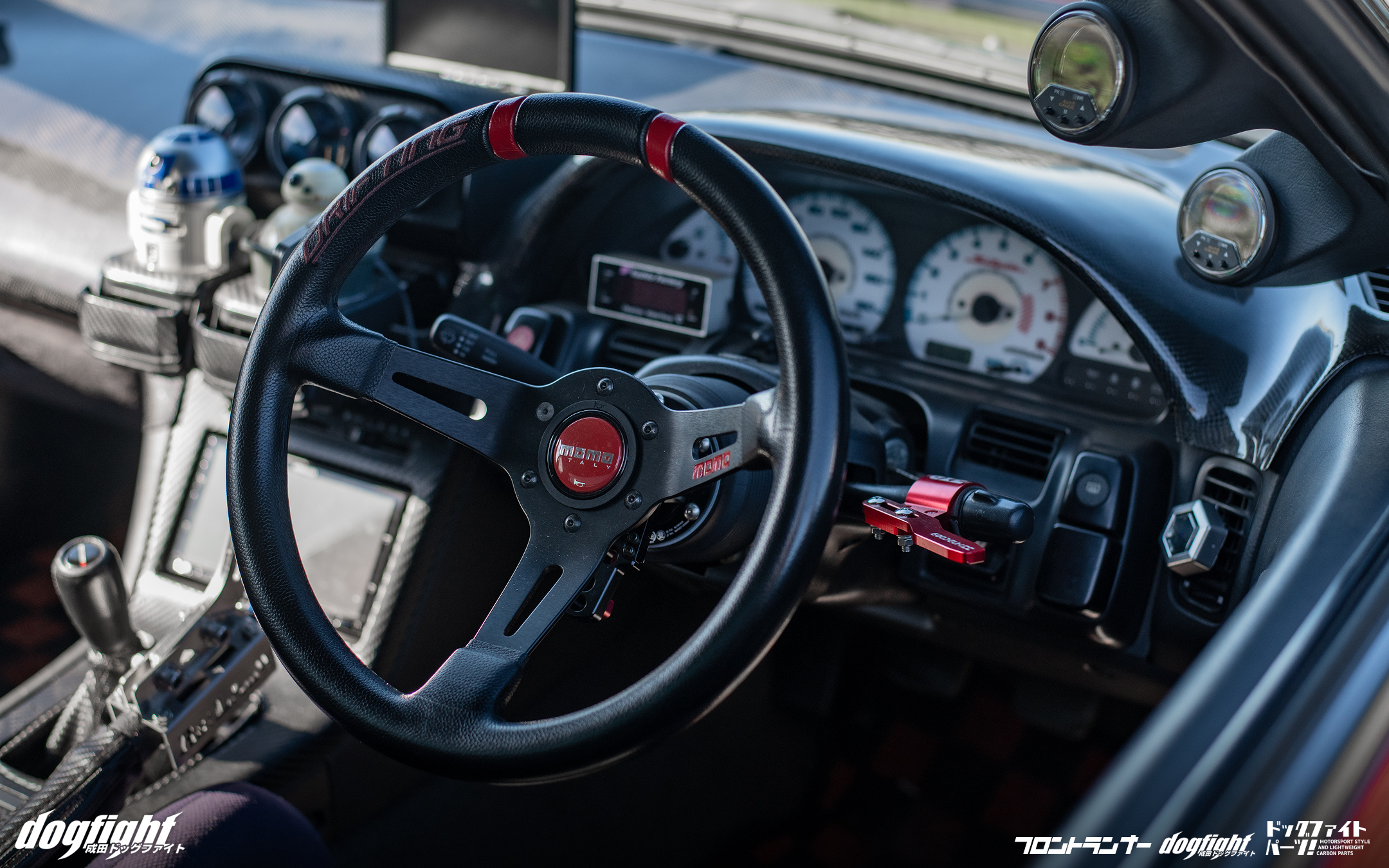 Inside the car, Masato and his two co-pilots, enjoy a fully stocked interior that includes stereo, navigation, and air conditioning.  A modified e-brake is utilized for his Gymkhana sessions and a deep Momo wheel replaces the OE part and allowing Masato betting seating position. 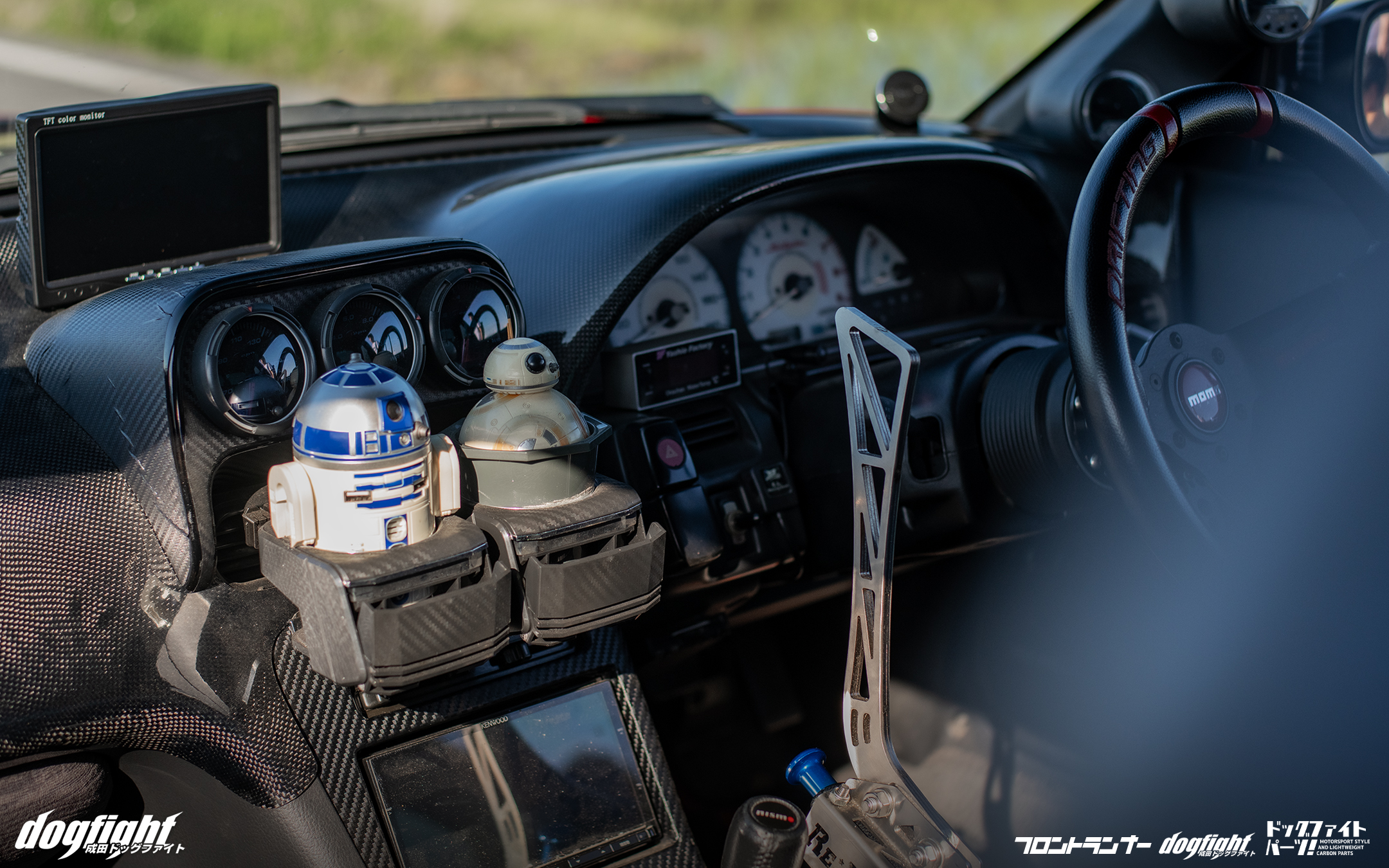 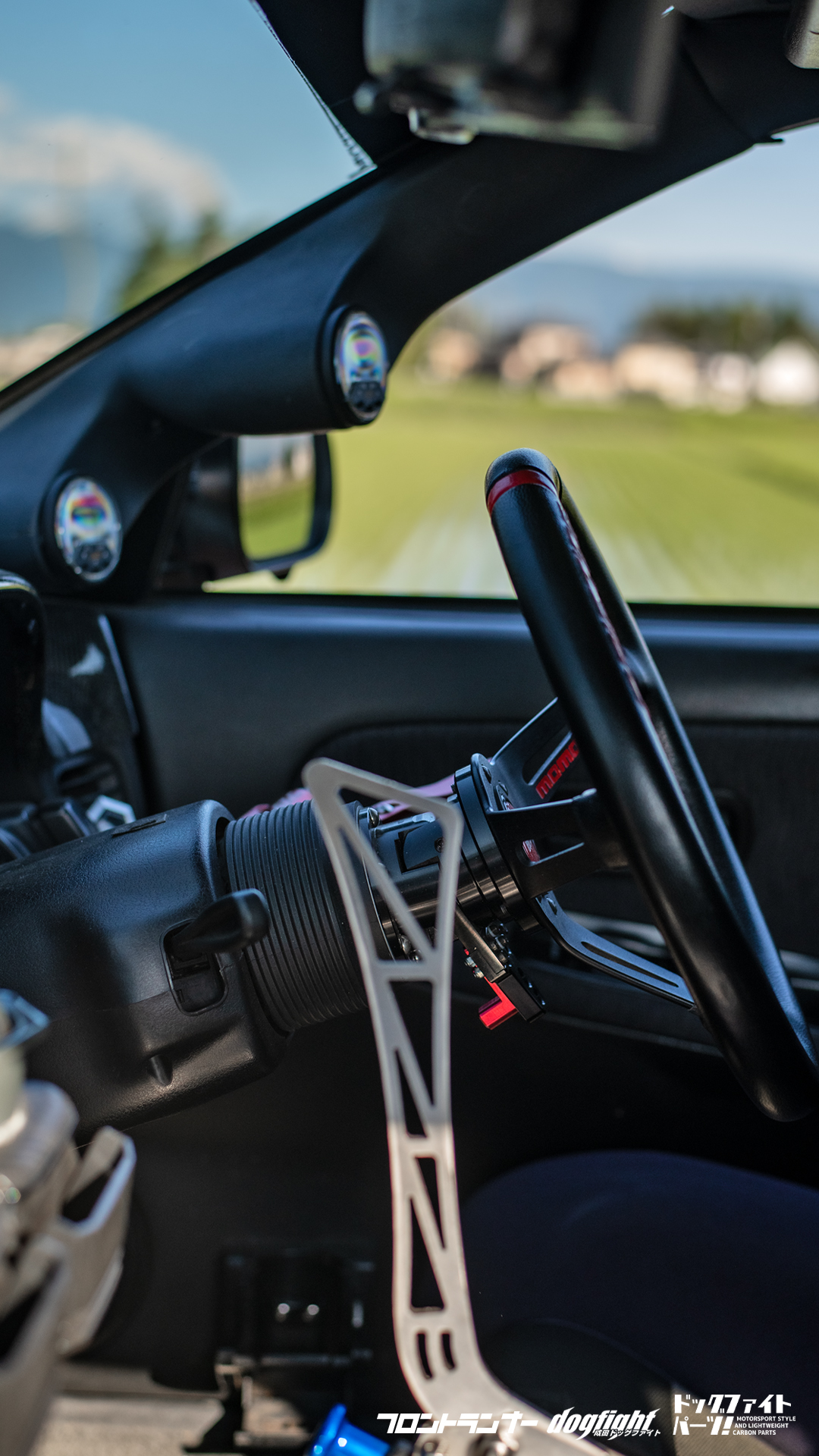 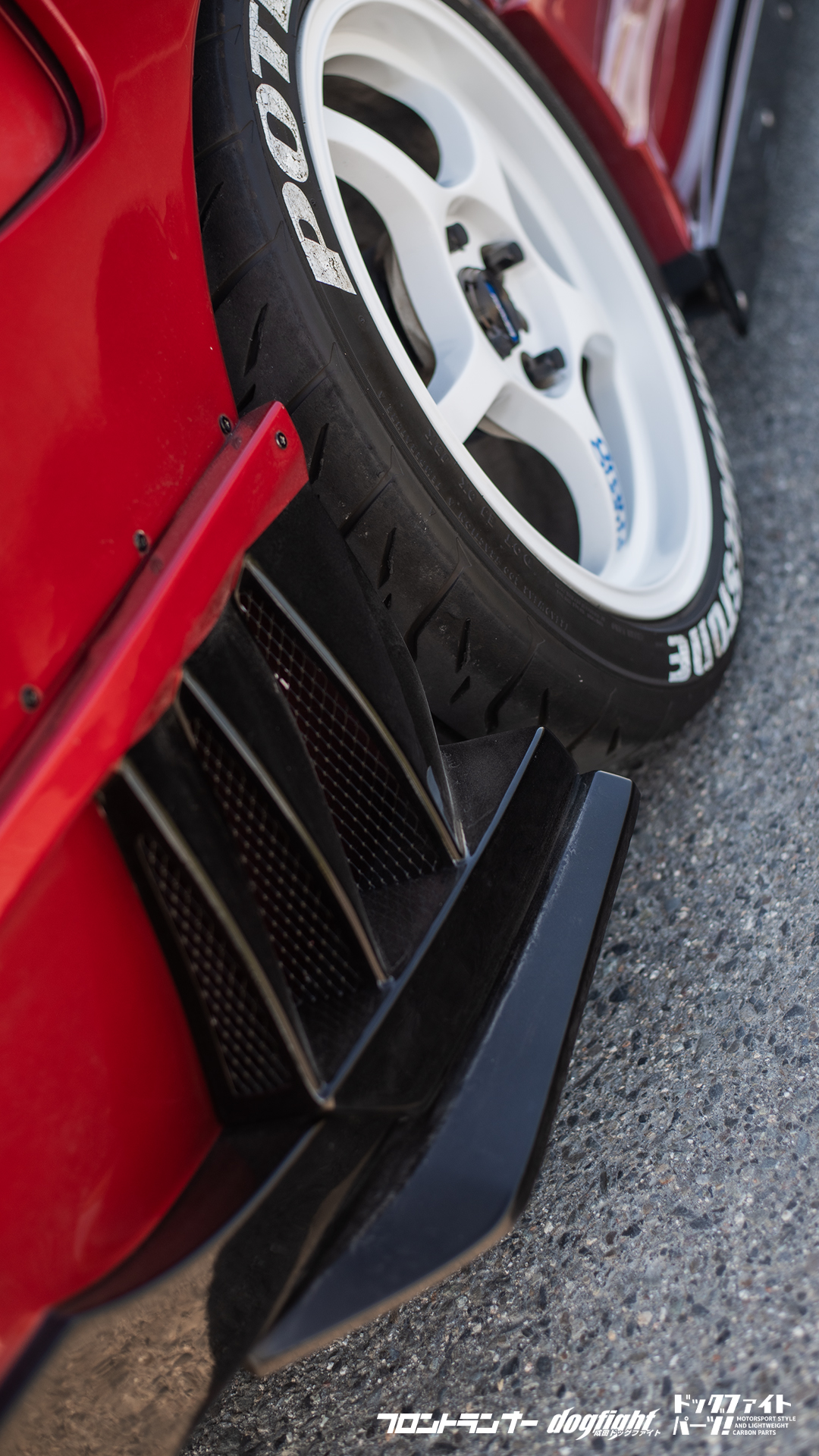 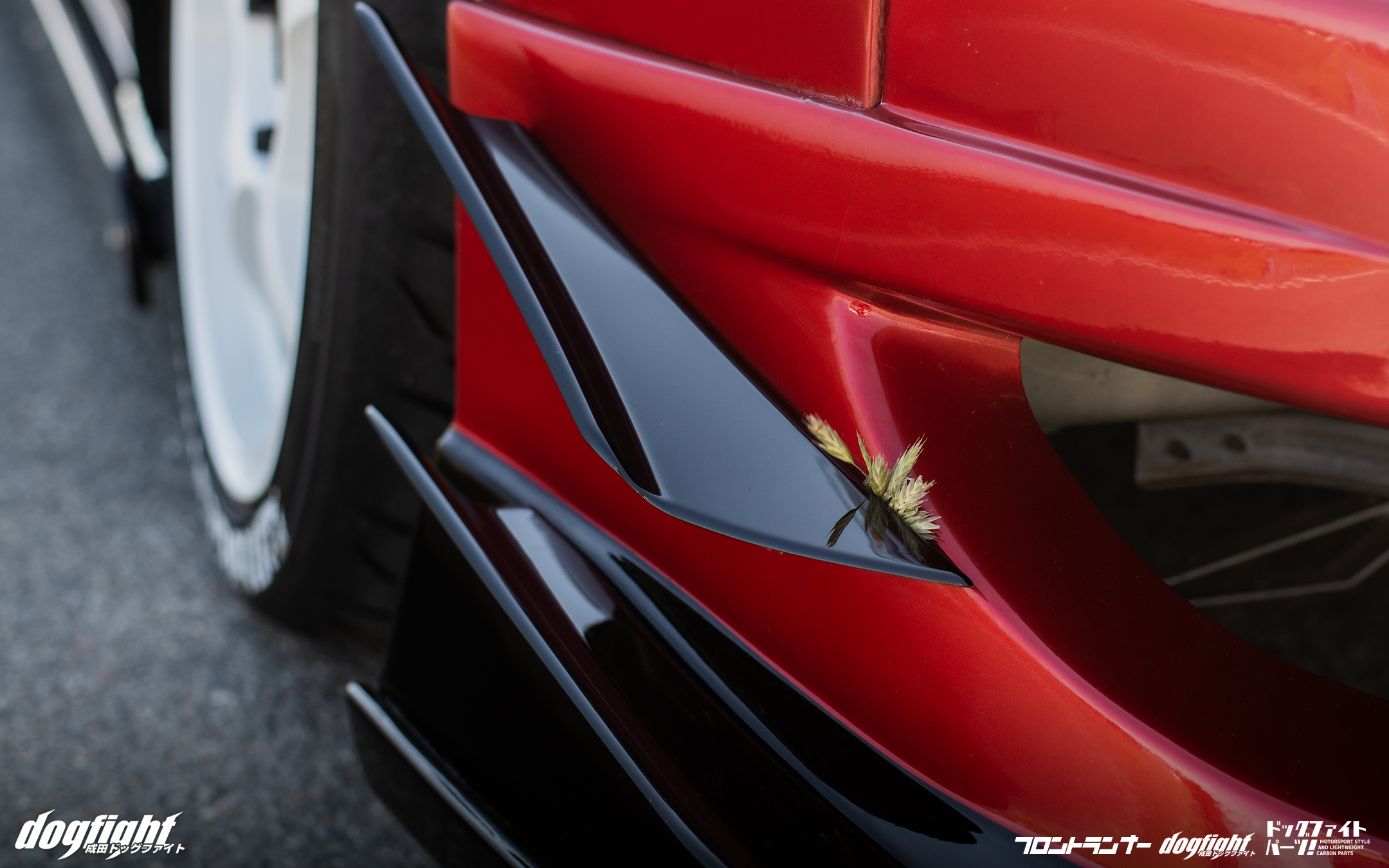 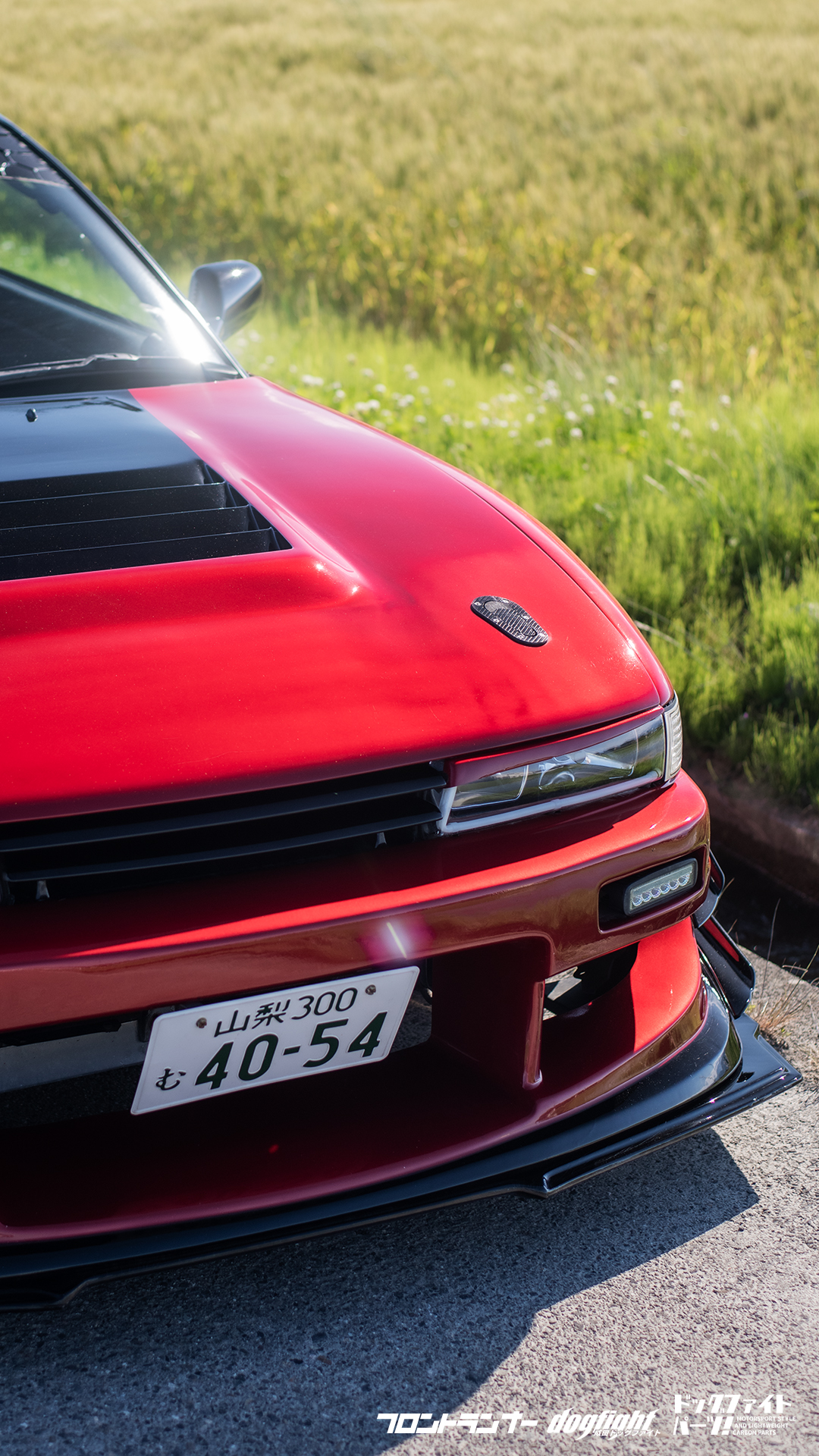 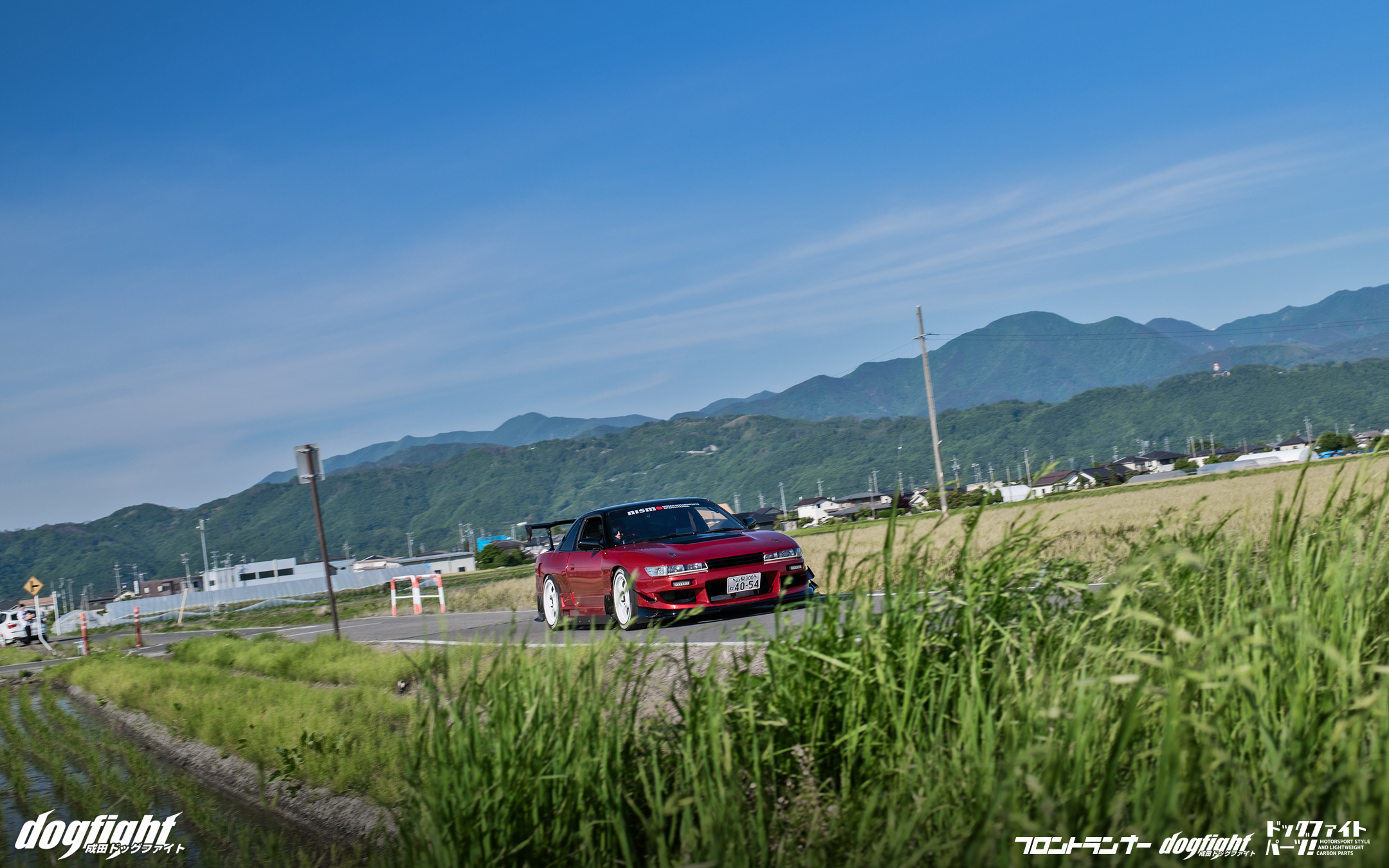 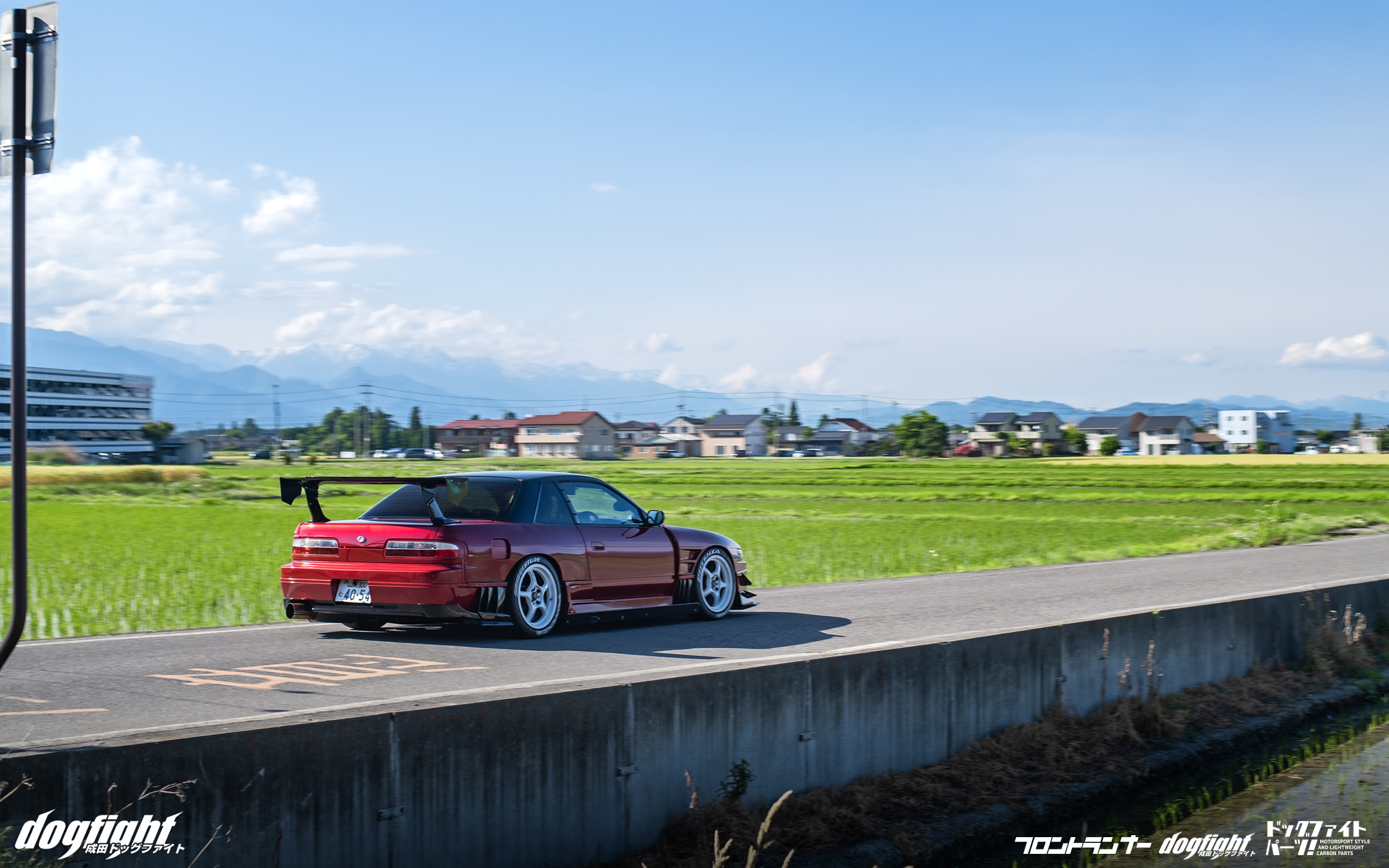 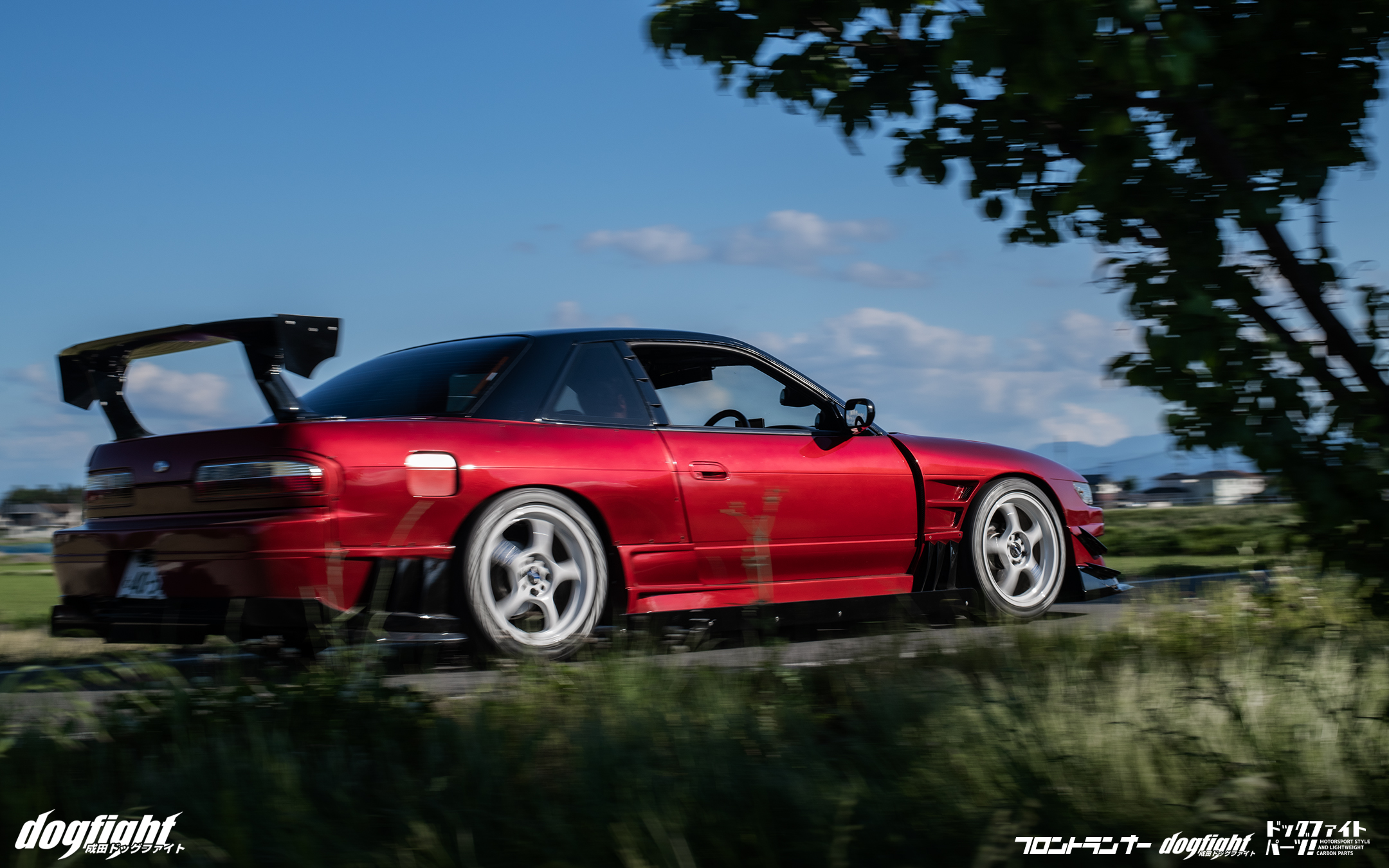 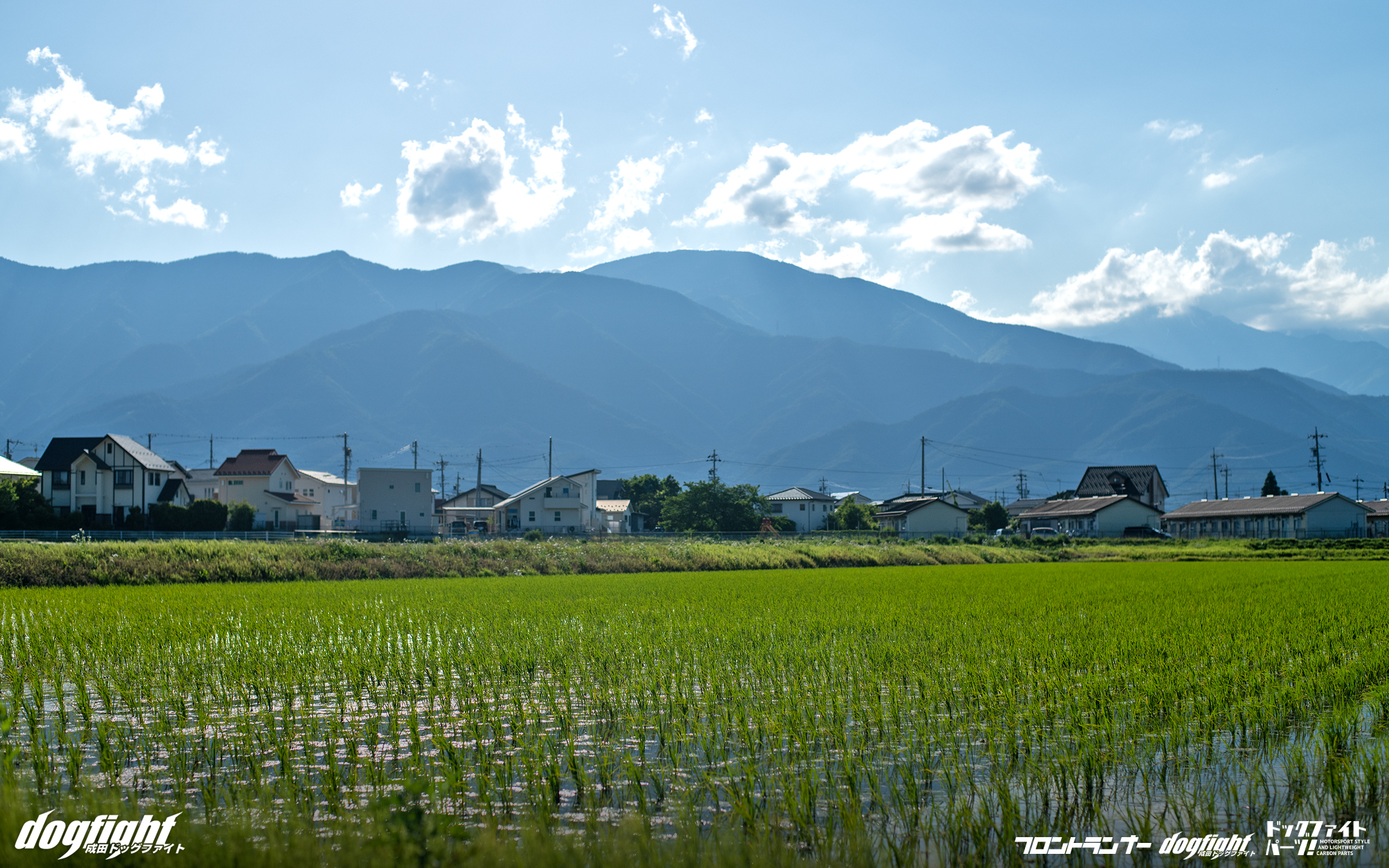 Nagano’s countryside sure is pretty with its valleys surrounded by rolling hills. 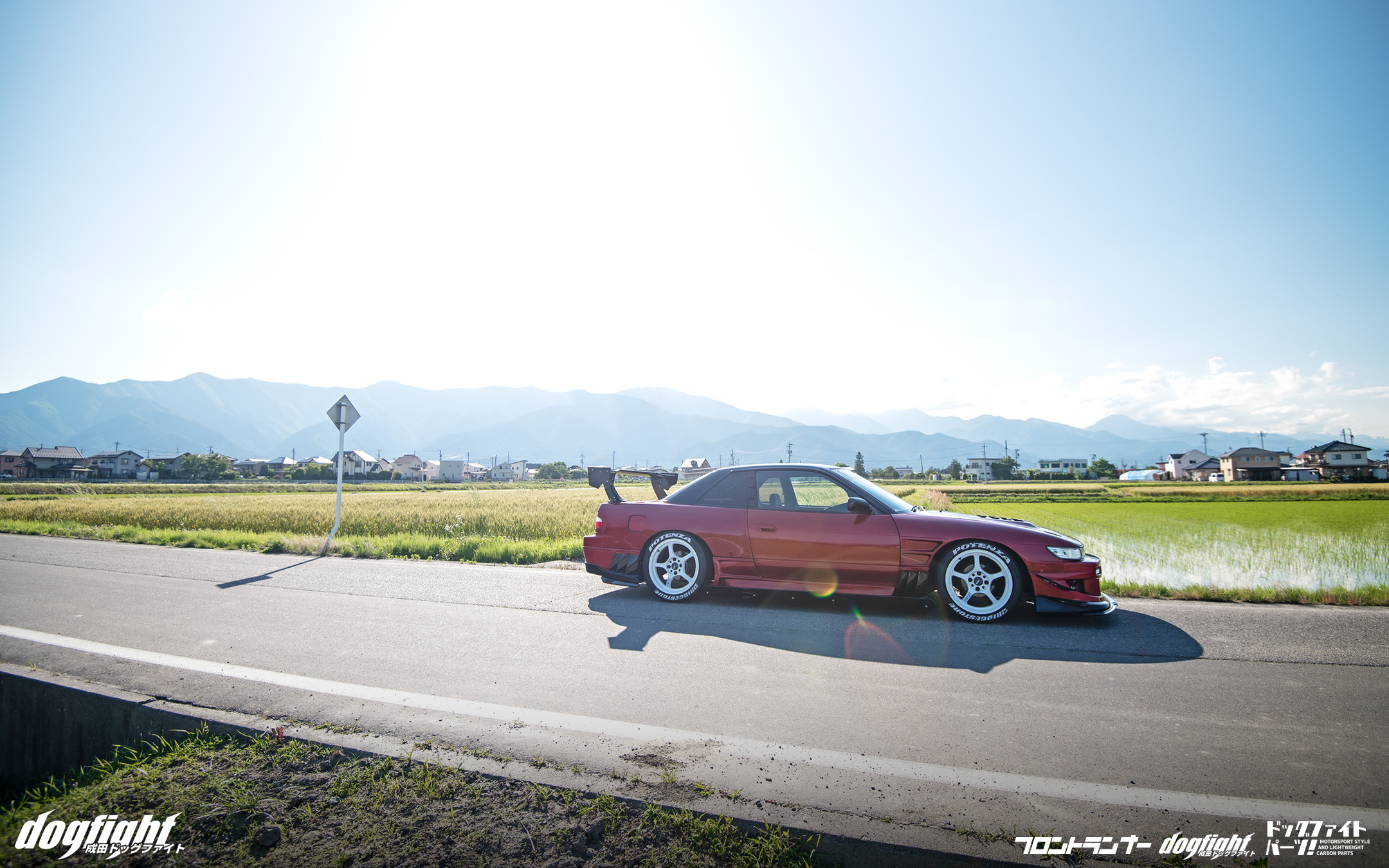 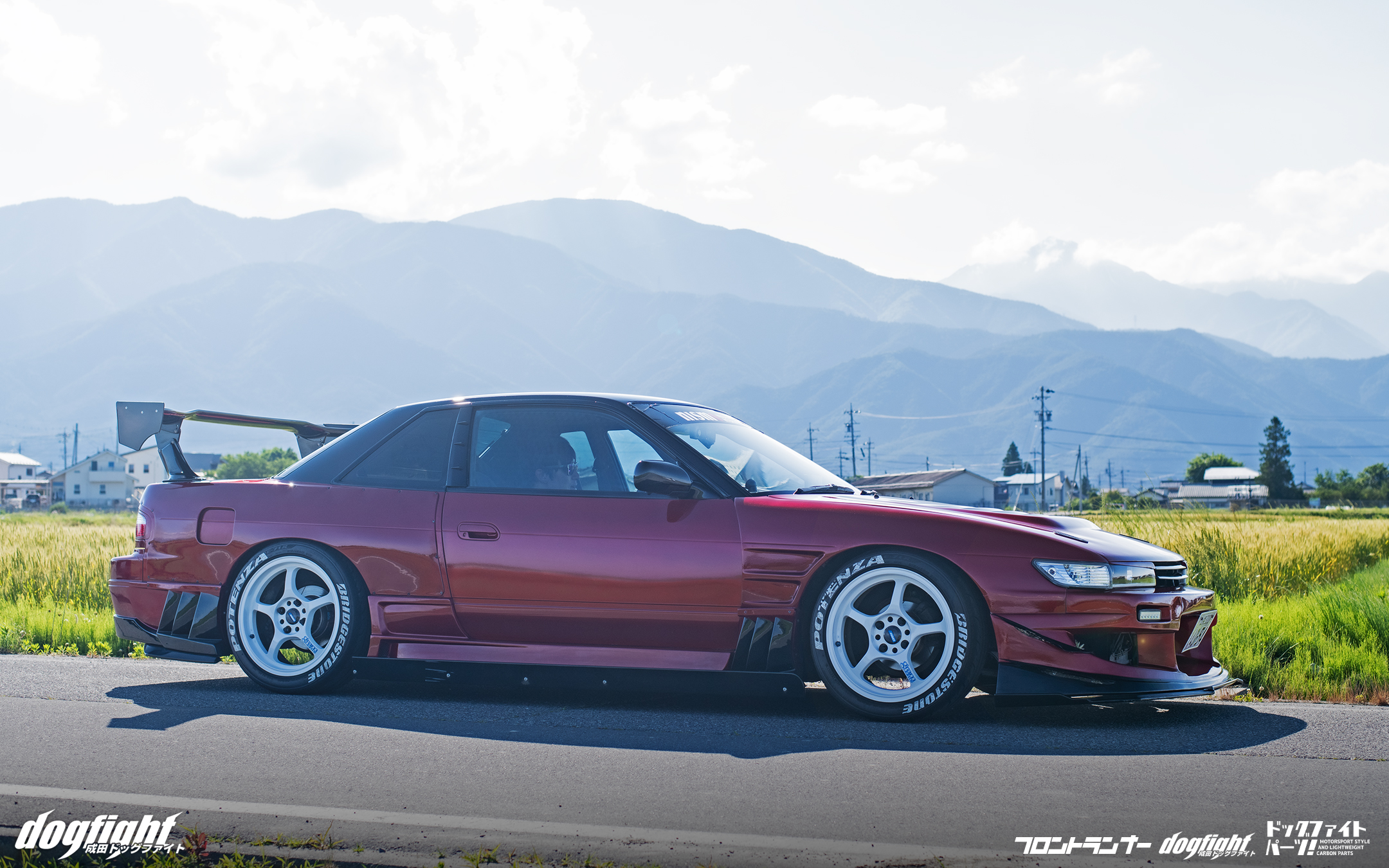 Masato’s build is proof you don’t need much to enjoy a car life unique to your own self.