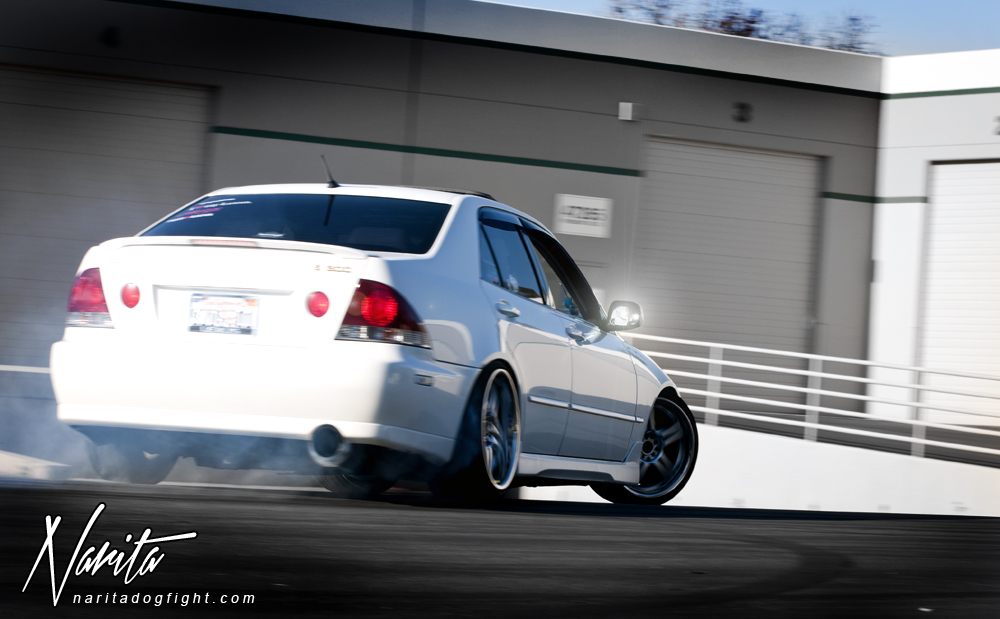 This past weekend I flew up to the Bay area to photograph Dino’s Corolla.  We were strapped for time on Saturday evening, so we agreed to meet up again to finish up some interior and engine bay shots the next day.  Dino and I are friends, so it’s not like there was much ‘etiquette’ involved, or whatever you want to call it, during the shoot, so I was pretty excited to see that some of his friends came along to hang out.  As you’d expect, you get a group of street drifters together, and eventually, well, you start drifting. Kit getting close to 3 wheeling it on his entry to the dock.  To be honest, if I didn’t have a flight to catch I could have stayed here all night…that is if the cars didn’t break before sundown. …was having some obvious issues with his rear-end. The first time out with the new setup, you’re bound to run into problems… Kit actually ended up losing his blow off valve during one of the runs. Great way to spend a Sunday afternoon, don’t you think?