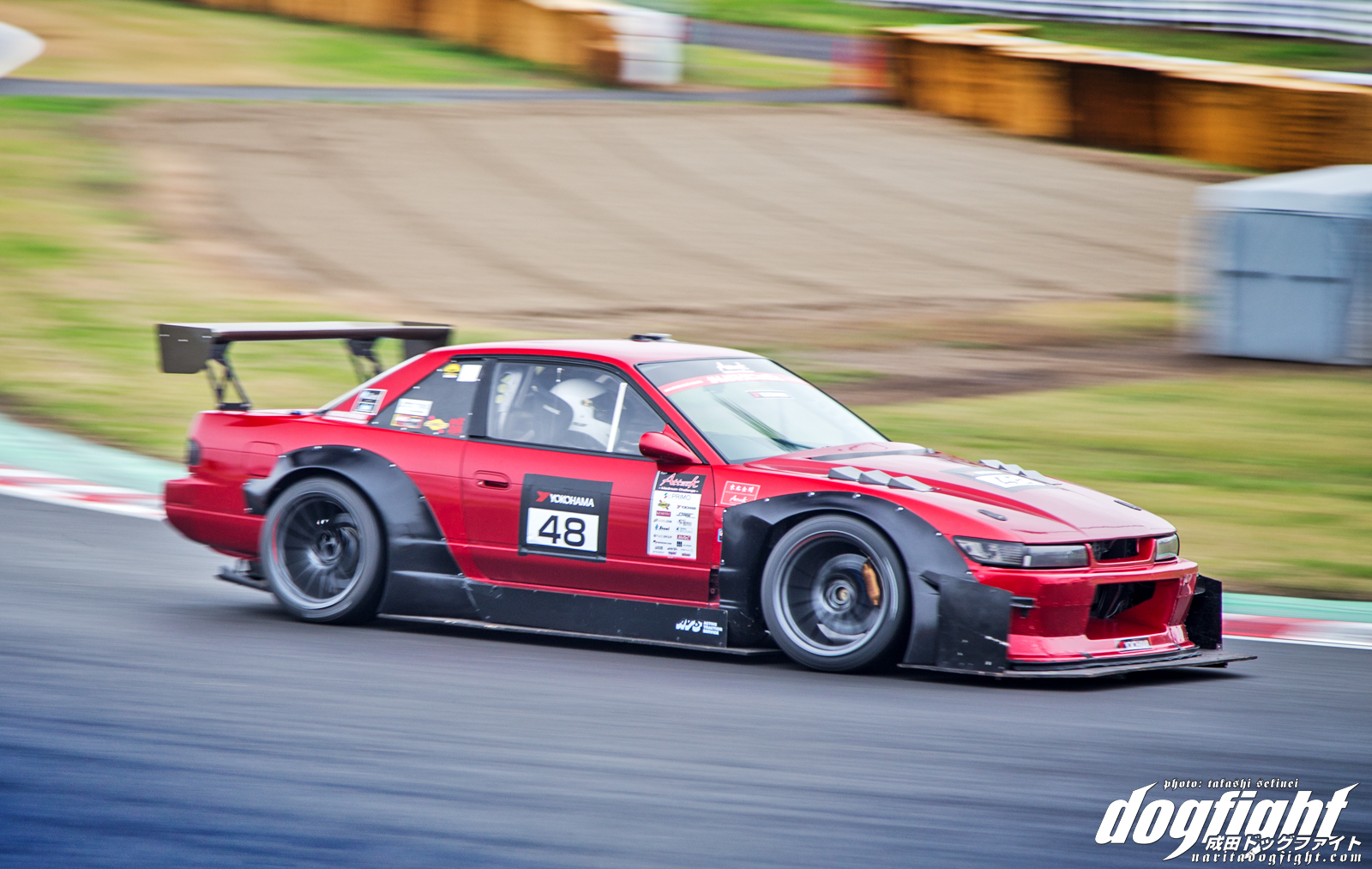 Attack season in Japan officially kicked off with the first Attack Fever event being held at Tsukuba’s infamous TC2000.  The event drew a good amount of participants, no doubt eager to start racing once again.  While the weather ended up taking a turn for the worse halfway through the morning, there was still enough time for a handful of ideal laps to be thrown down. 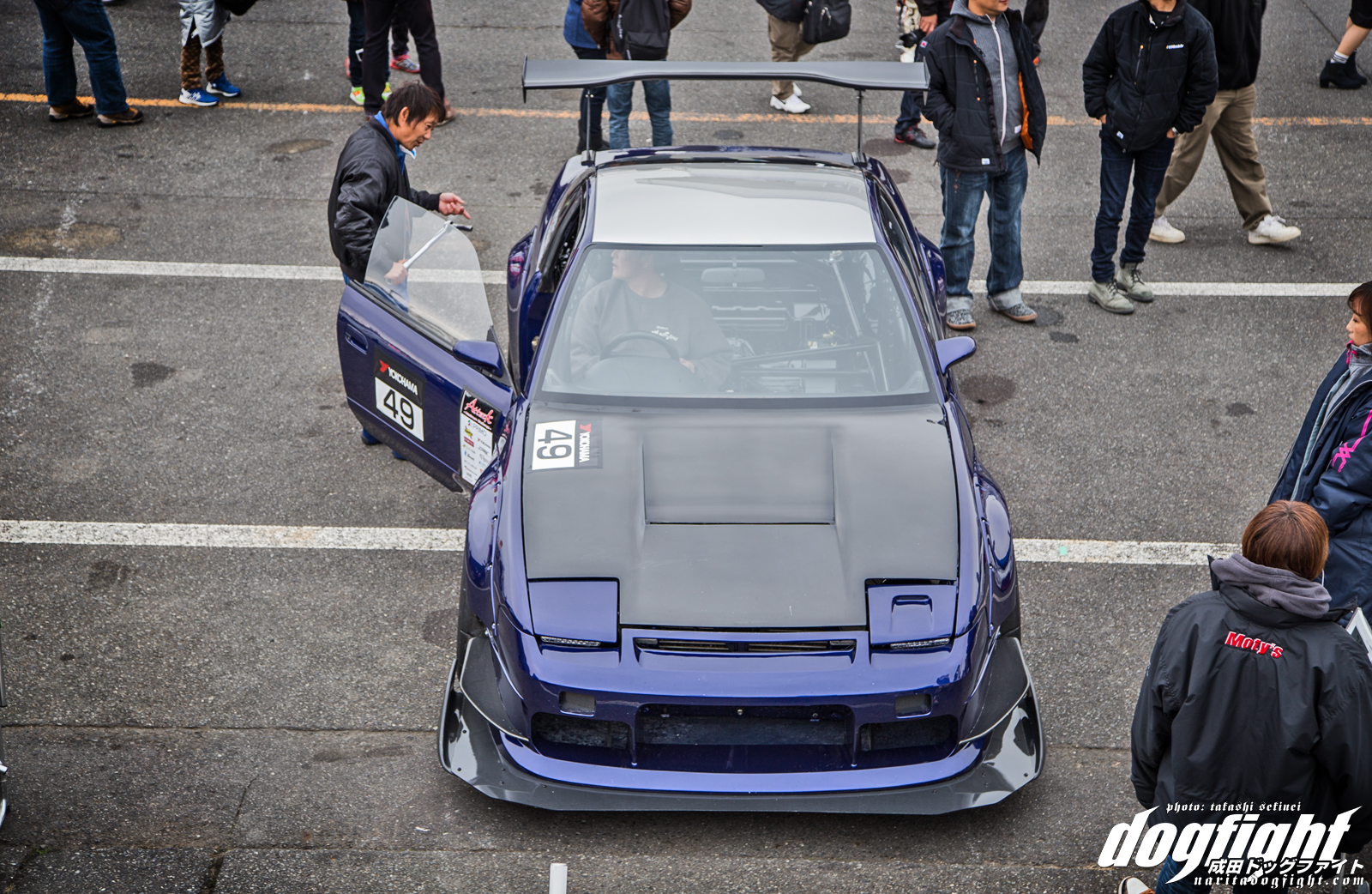 The energy around the open pits of Tsukuba Circuit was akin to that of the first day back to school after the long Summer break.  Cold idling engines drowned out the quiet conversation of updated modifications, off-season work, and what to expect from the morning.  While crews worked hard to prep the cars for the first session, Sekinei was roaming the grounds taking it all in. 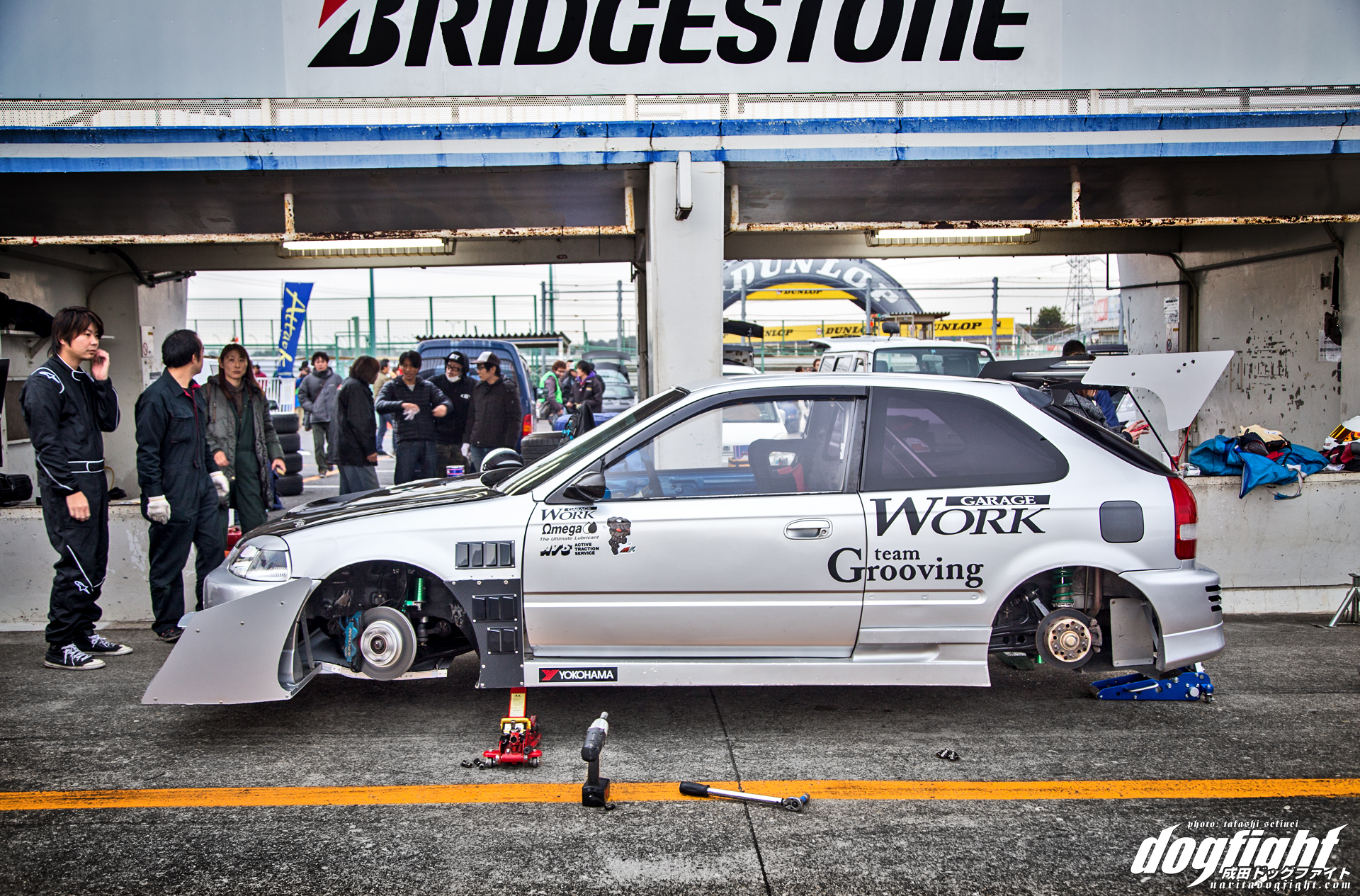 The crew at Garage Work was all hands on deck to help prepare both Makoto and Kubo to break their PR’s.  If you remember from early this year, Kubo is still trying to break the FF radial one second barrier.  His previous attempt leaving him with a staggering 1’00.016.  Makoto’s EK awaits in the hot pit, with the driver eager to begin. 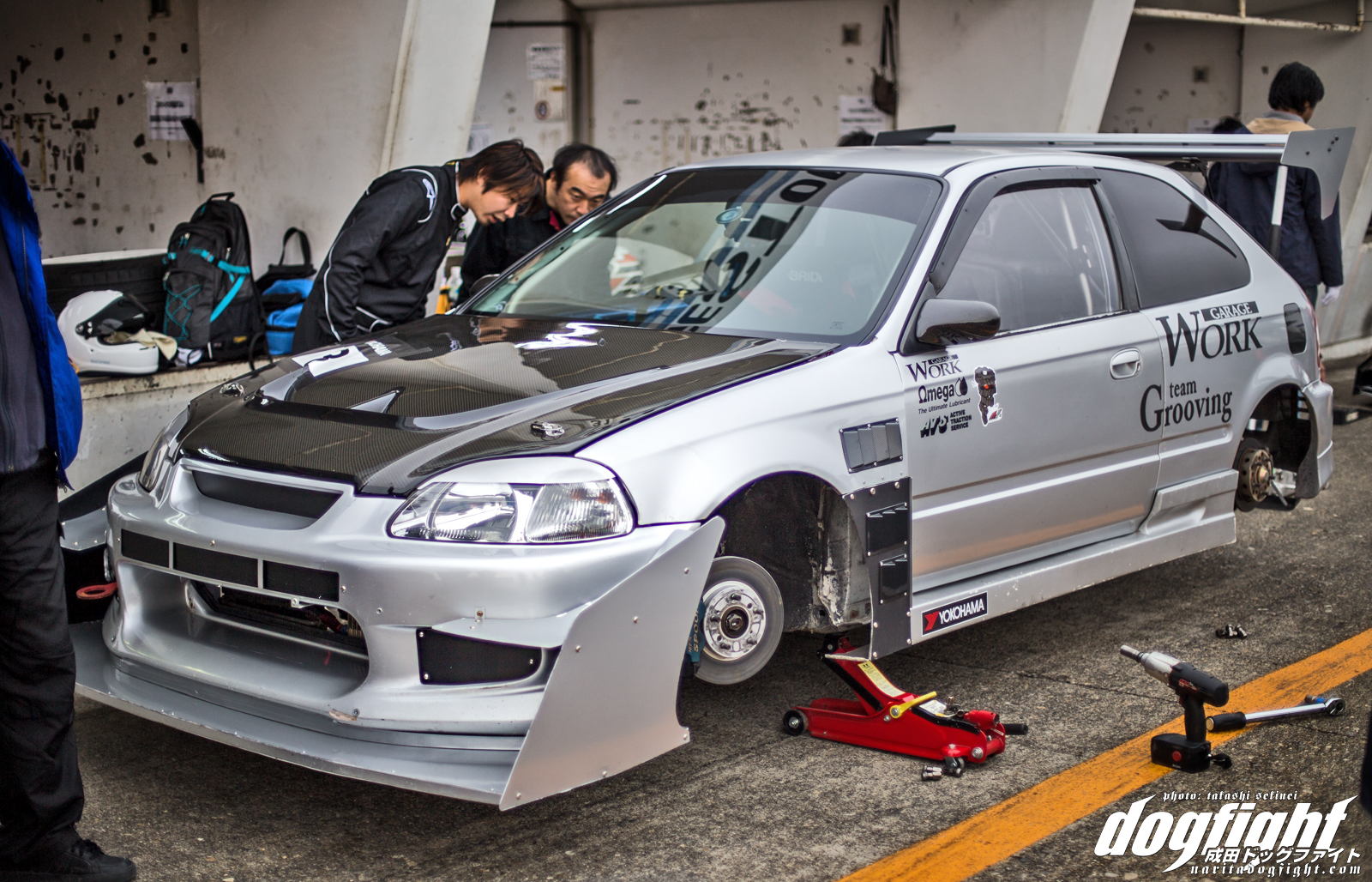 Making sure nothing is overlooked. 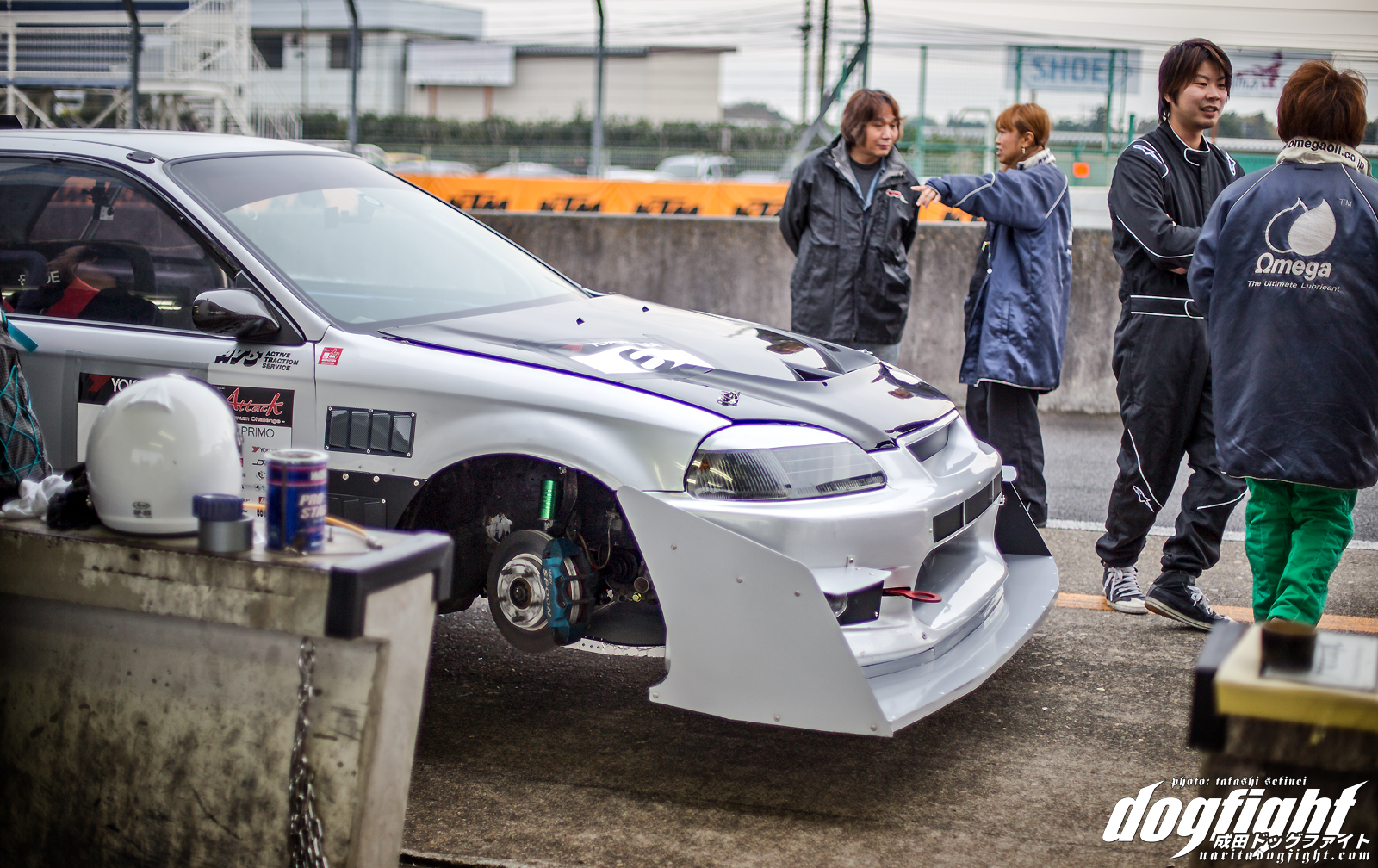 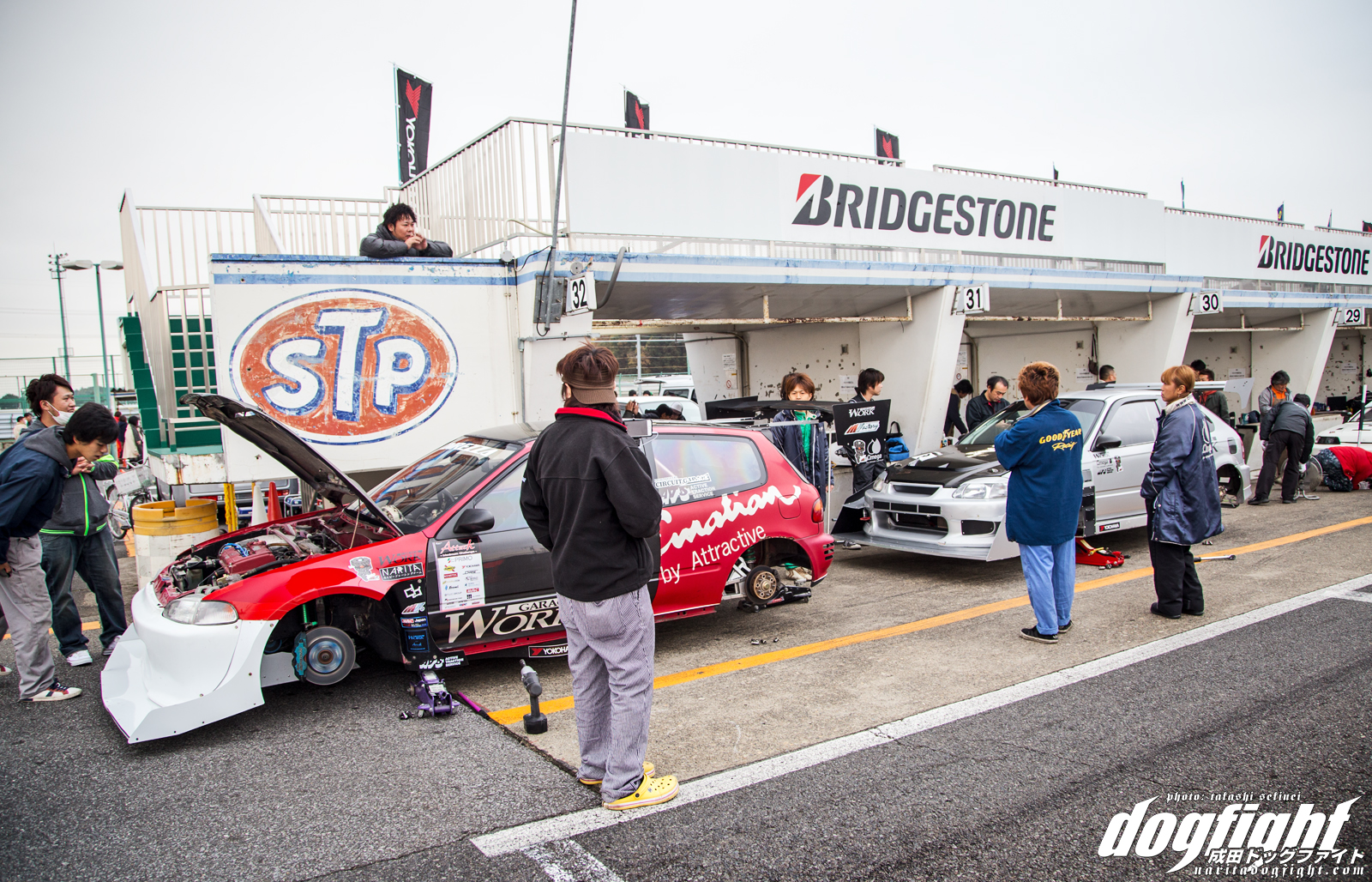 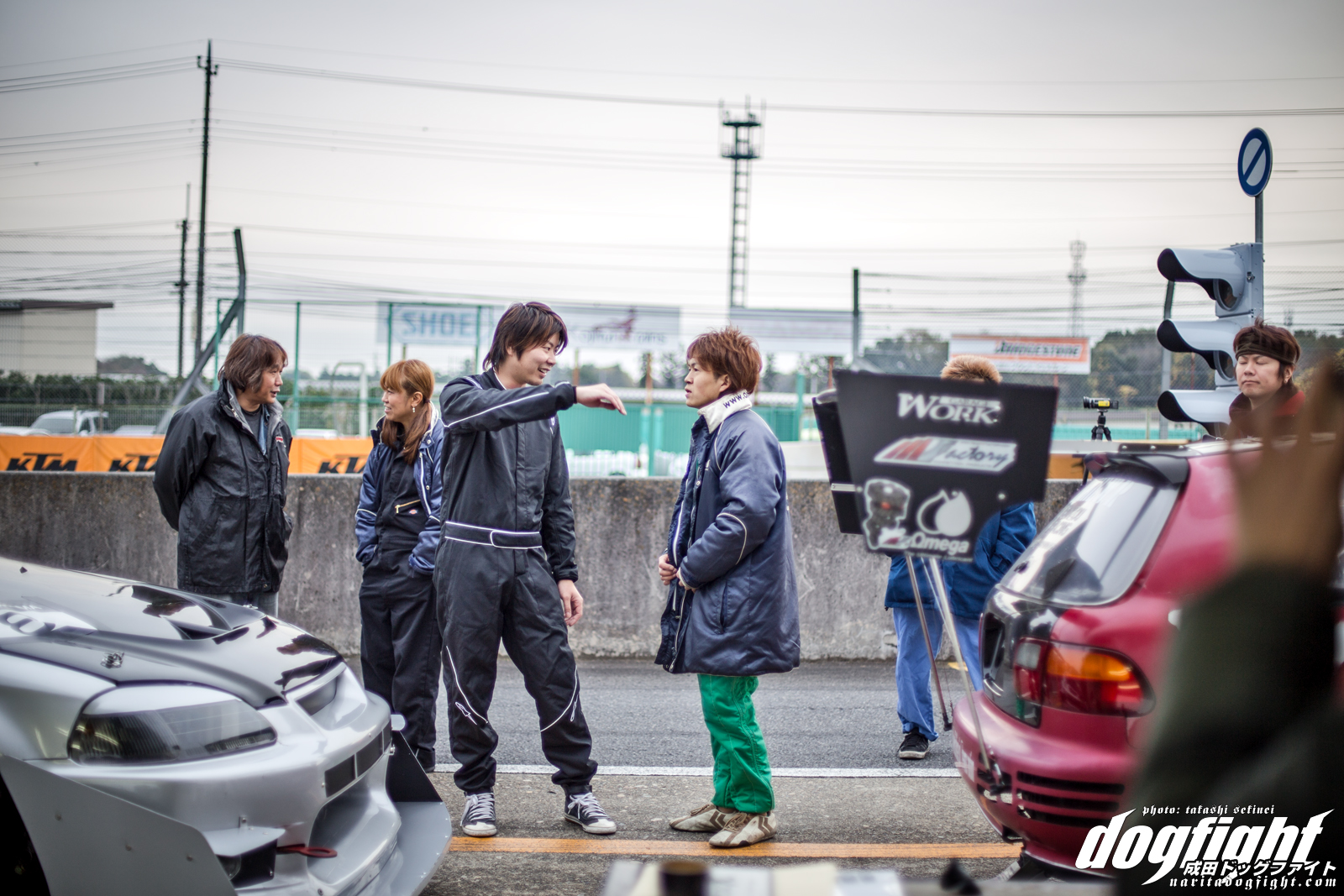 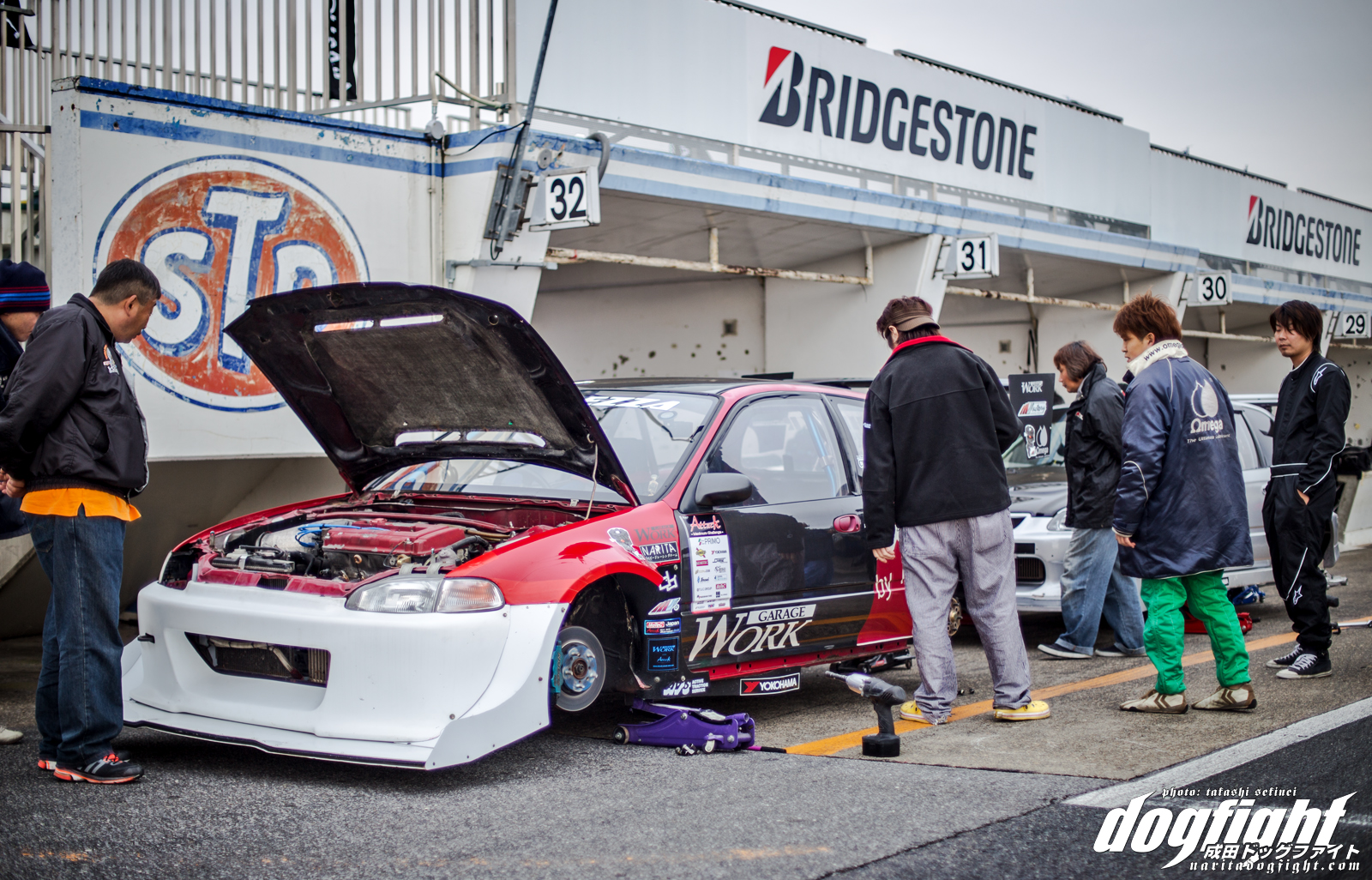 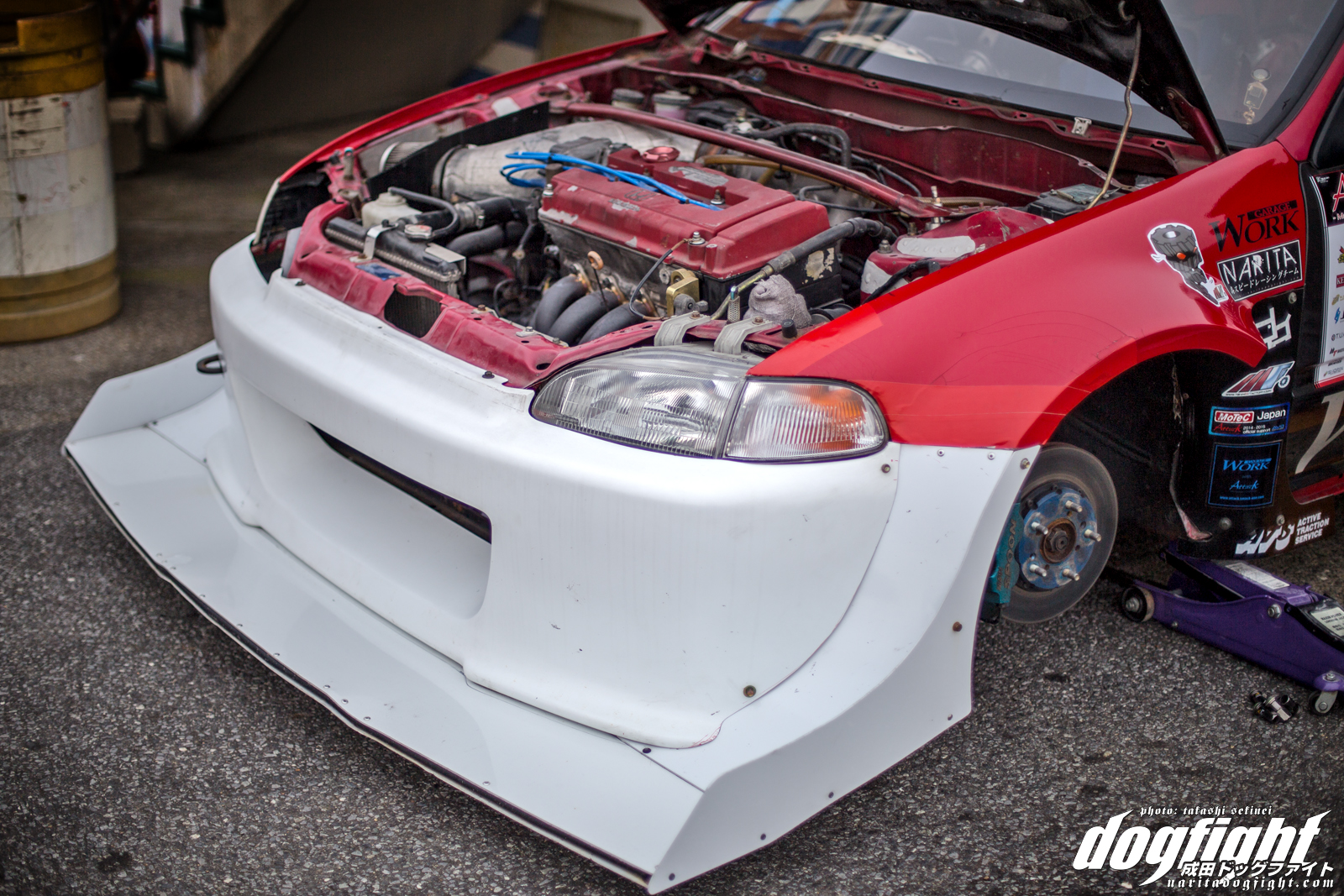 The front of Kubo’s EG has been restored to it’s original condition, sans the paint.  Good to know Iwata can have his front end back.  Kubo has set himself a new goal of 58’998; confident he can break into the sub-minute range. 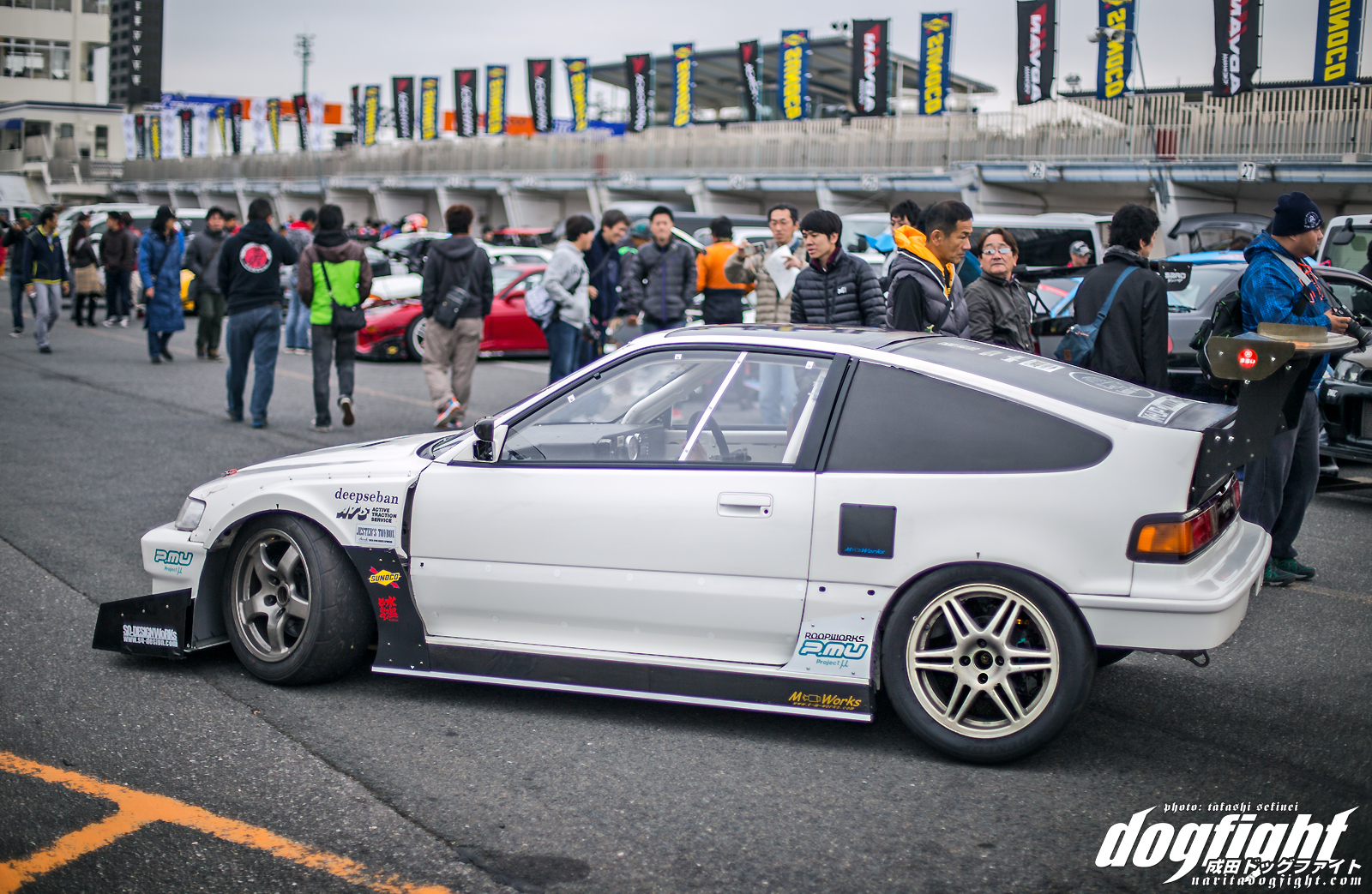 Another popular FF contender gunning for under one minute; the Deepseban EF8.  Weighing in at only 720 kilograms, the 220 horsepower B-series engine definitely moves this car. 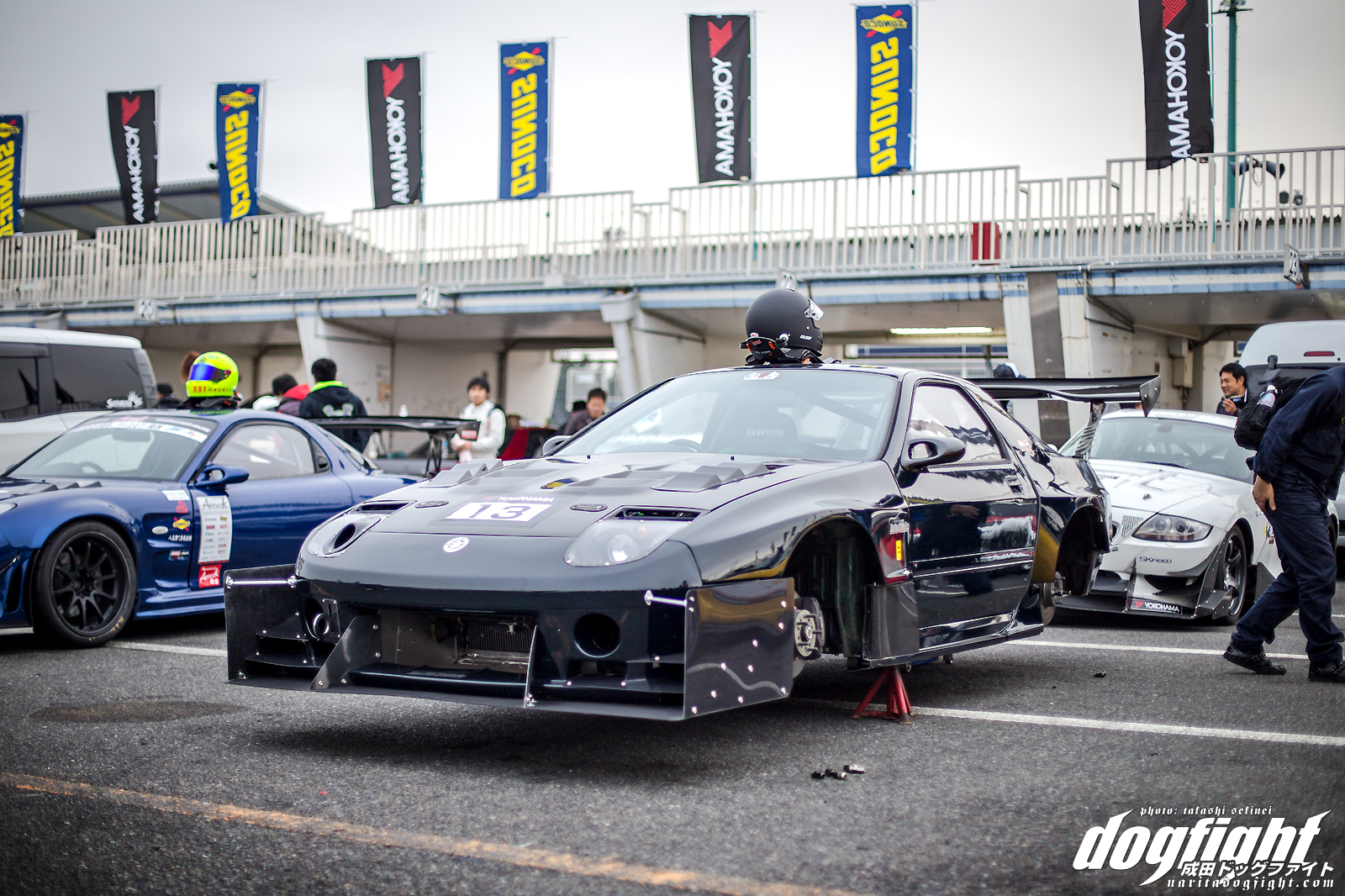 What Attack event would be complete without the Samurai?  No personal bests for the day, and at nearly a second off pace, it seems there are a few issues to settle. 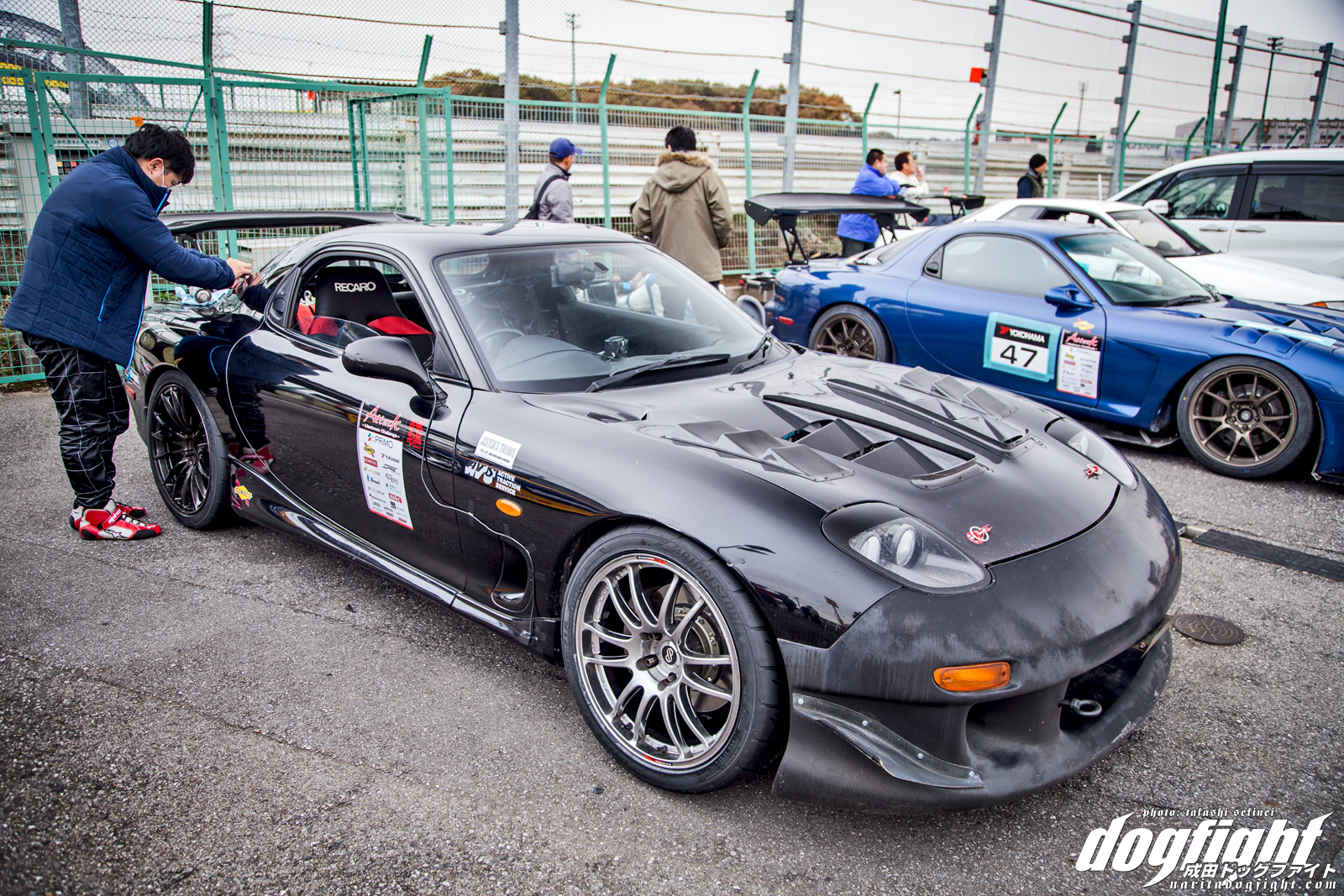 There were no shortage of FD’s, as usual.  Time Attack events have become a shining example of the popularity of the chassis. 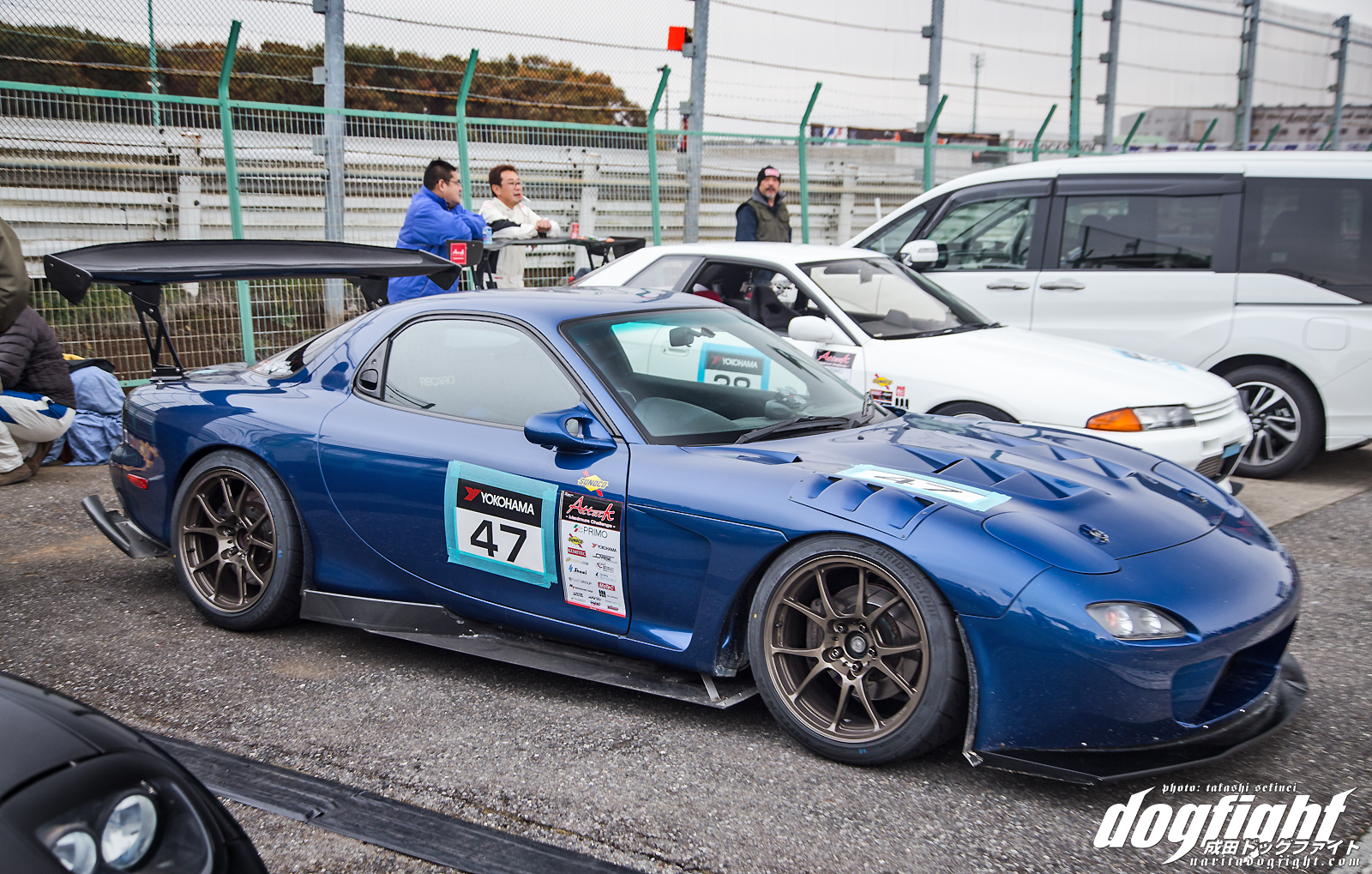 Many of the FD’s on hand were the drivers main car, and competing in the radial class… 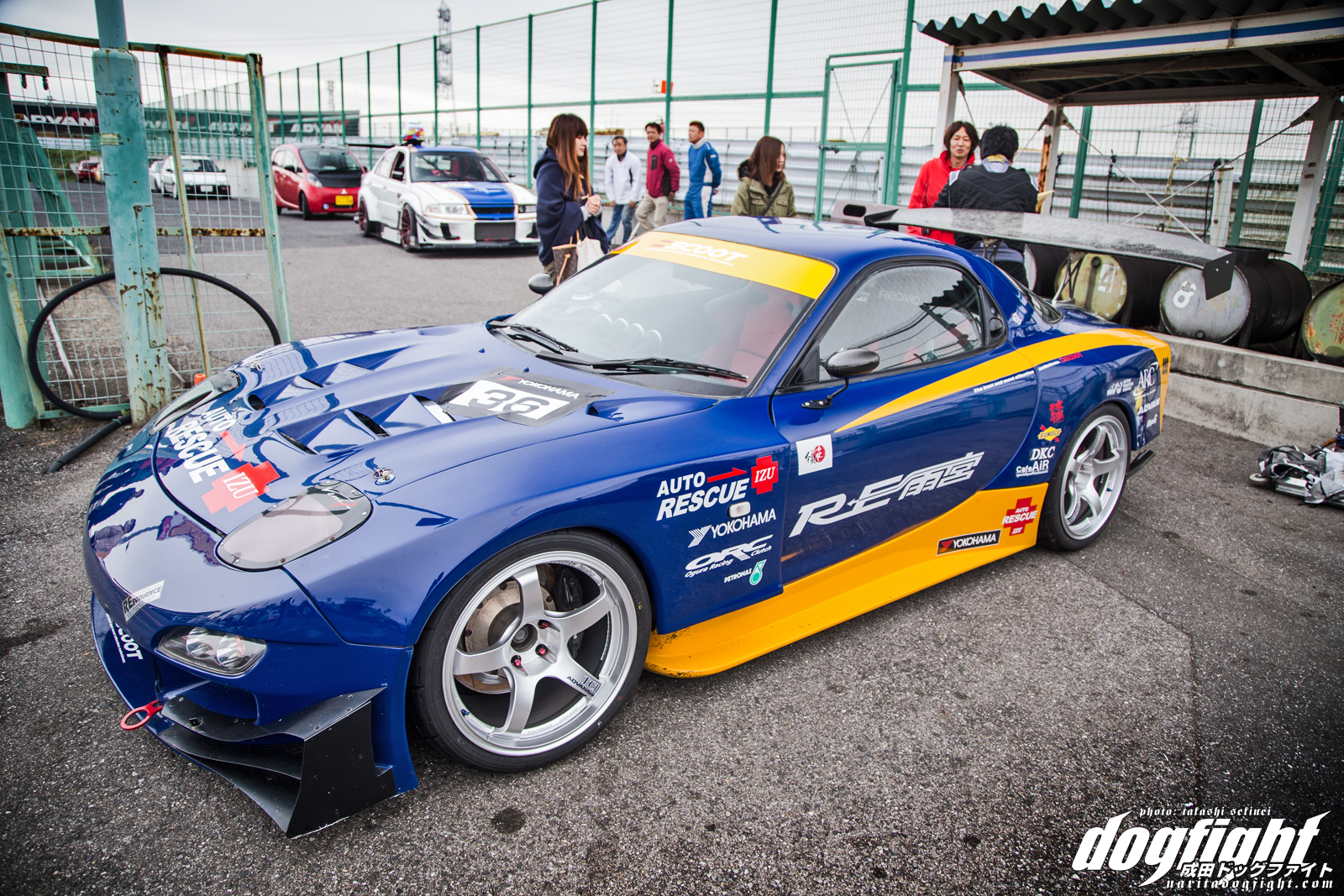 …while others were not.  Full on race cars like the Scoot/Auto Rescue FD were hunting in the high 50’s all morning.  Yasuhiro was able to shatter his old record with a 59’461. 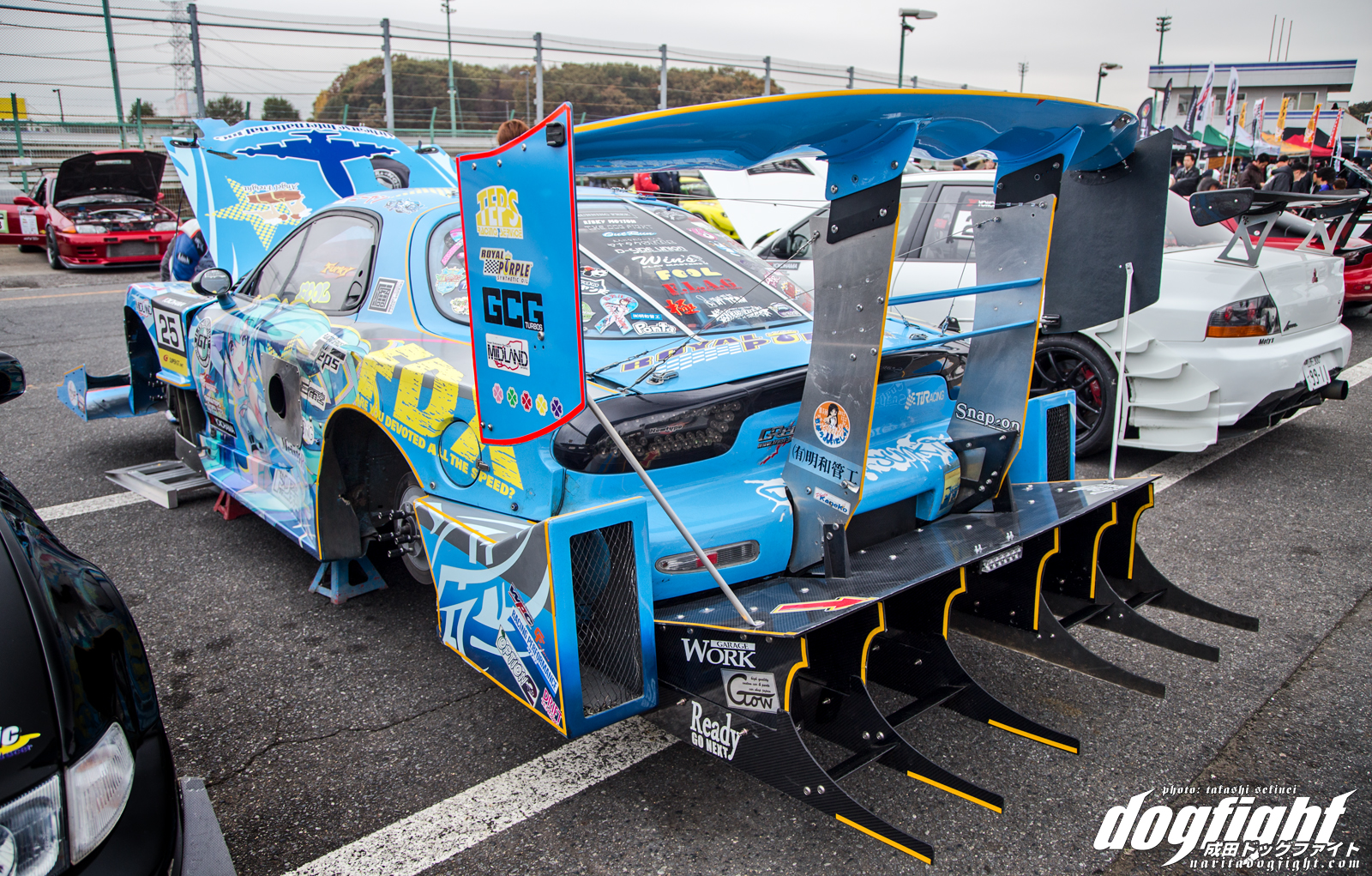 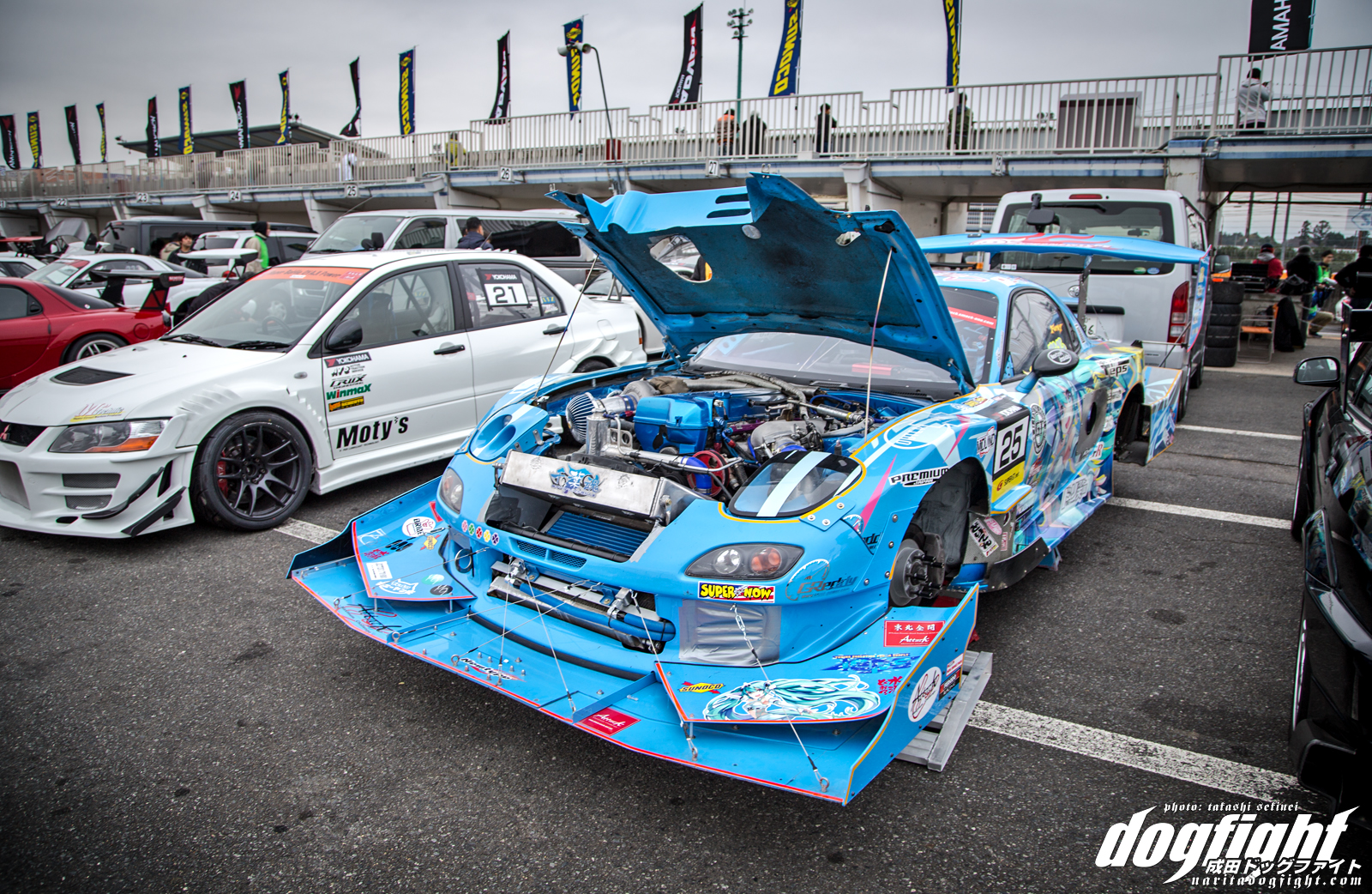 The wild drift-turned-time attack NewType FD of Awaji-san has become quite the competitor on circuit.  No longer going sideways, Mr. ニーヤン piloted the FD to a remarkable 59’064; a personal best for the team. 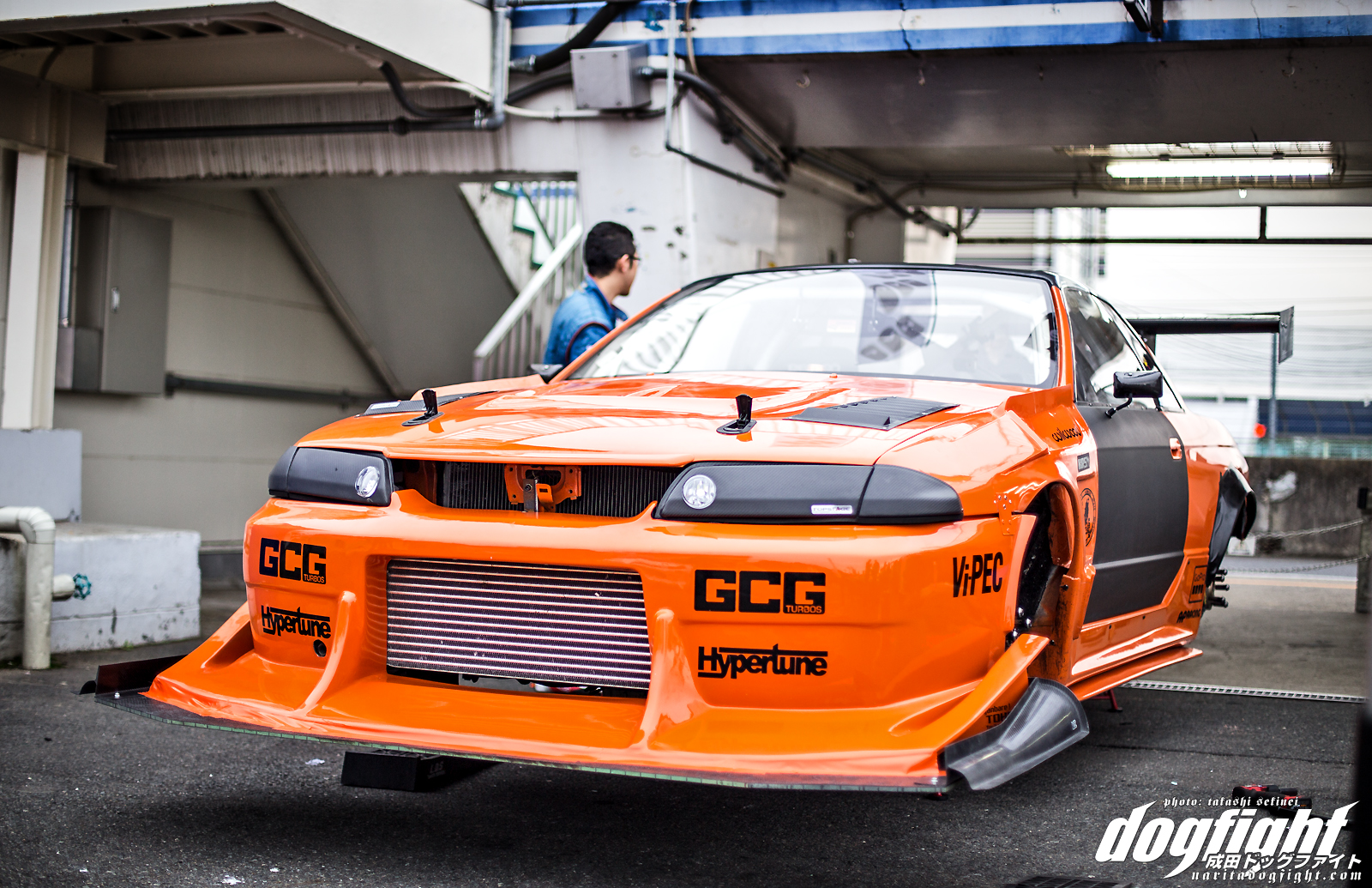 Not everyone was having good luck that day though.  まっちゃん was unable to complete a hot lap in the GS Option R32. 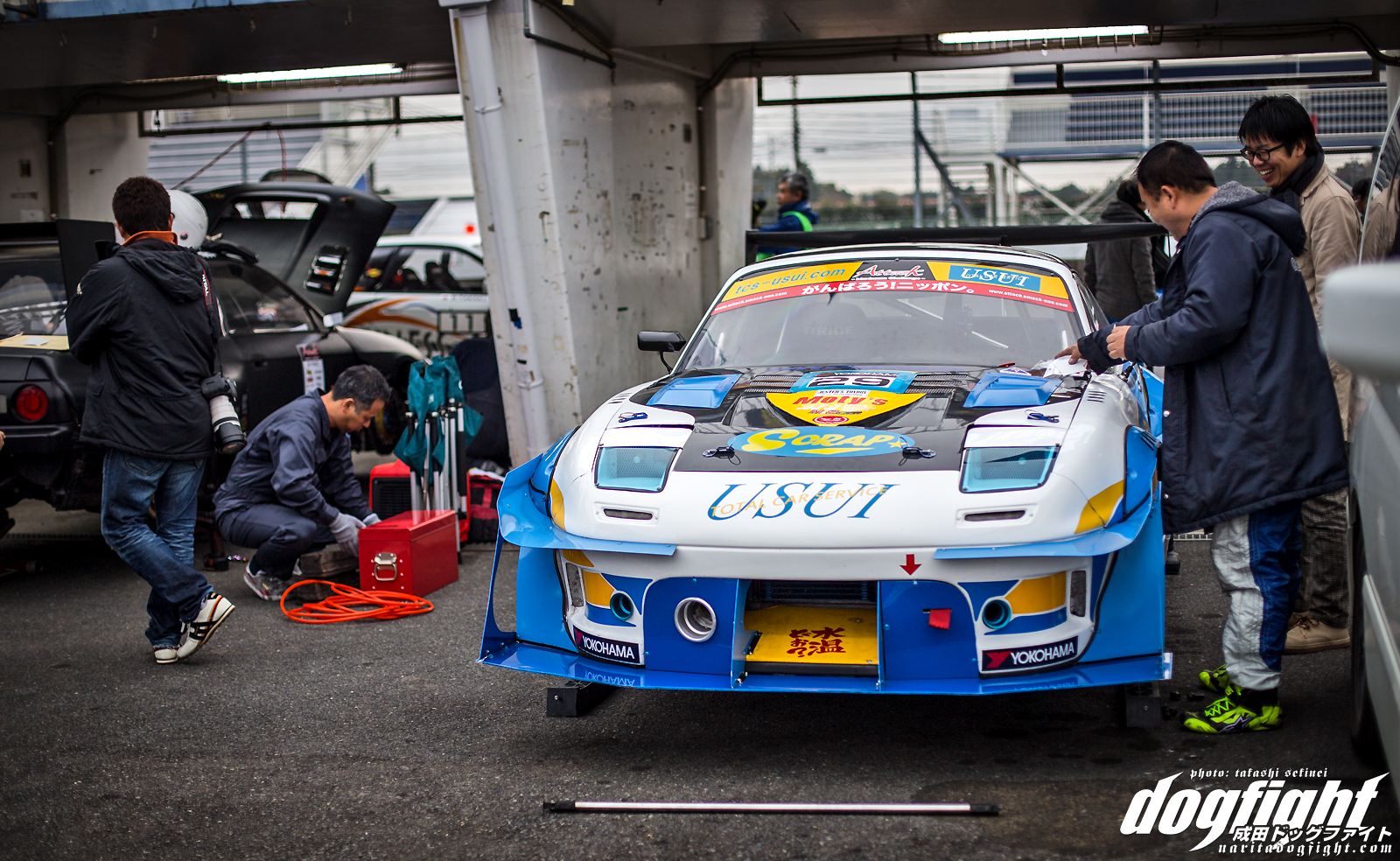 No stranger to the circuit, Makoto and his TCS Usui NA8 Miata, were unable to lay down a competitive time for the day.  He’ll have to try again to beat his personal best of 1’00.577 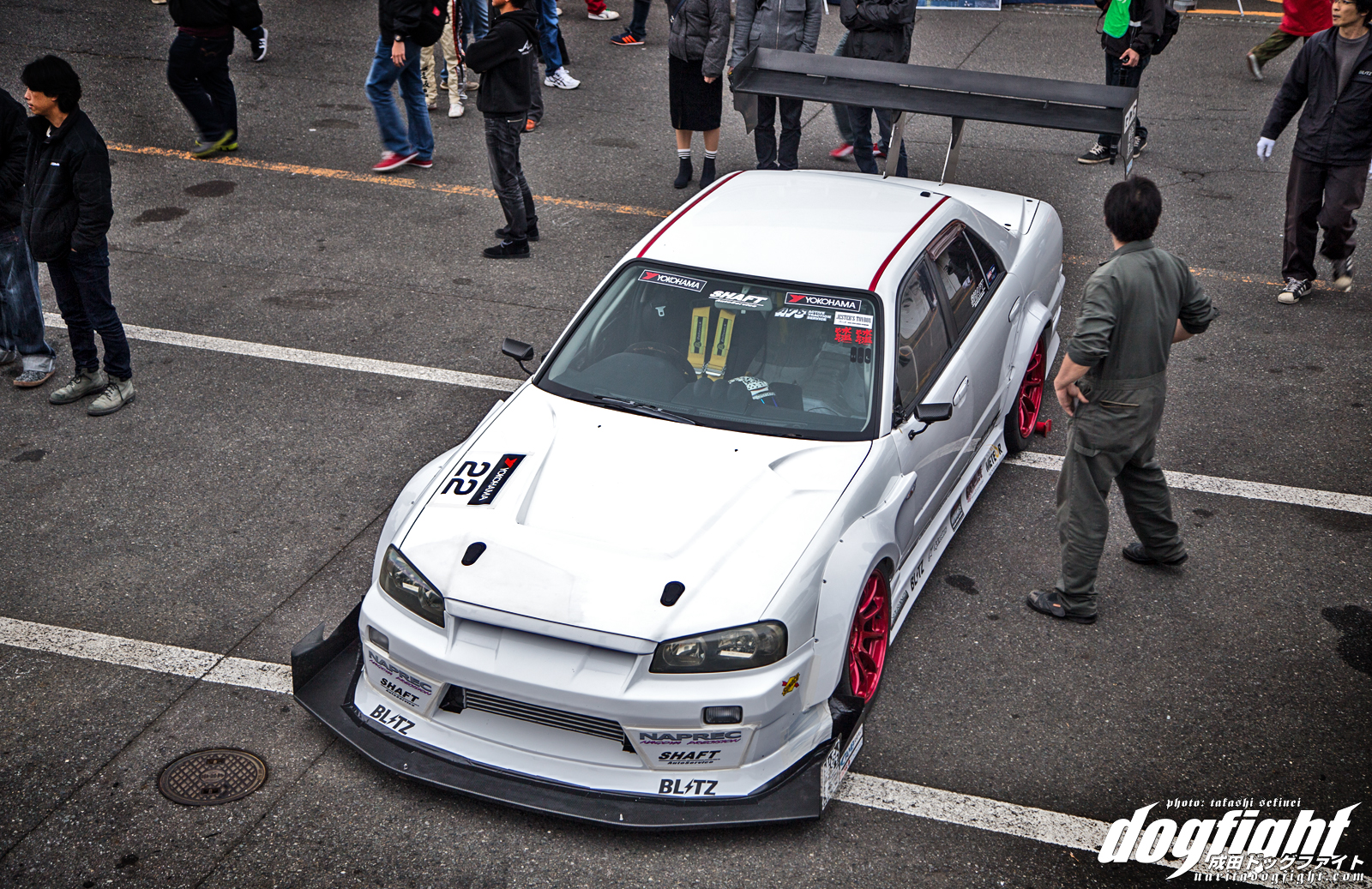 Suzuki Under was on hand to drive the Shaft ER34. 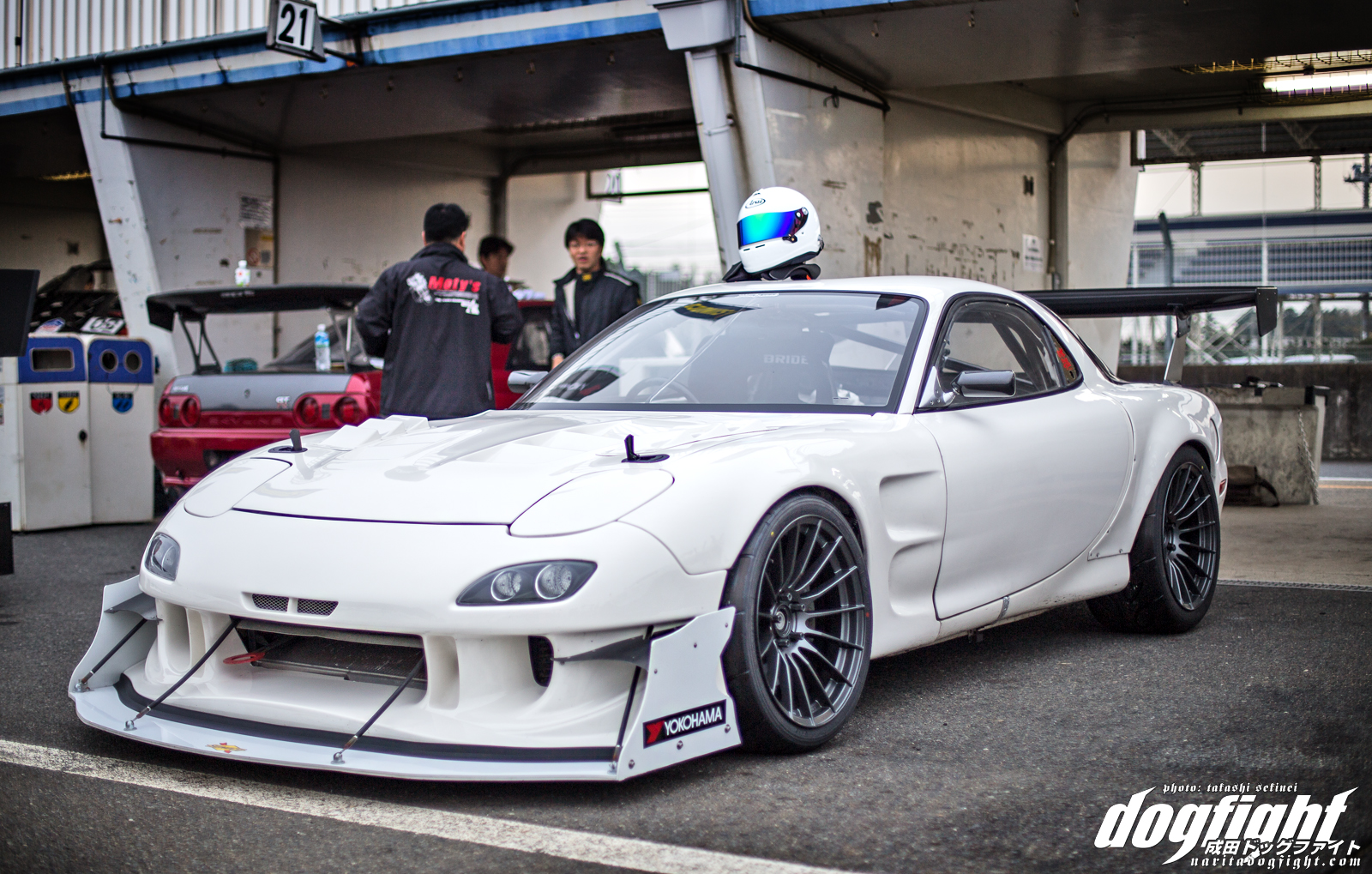 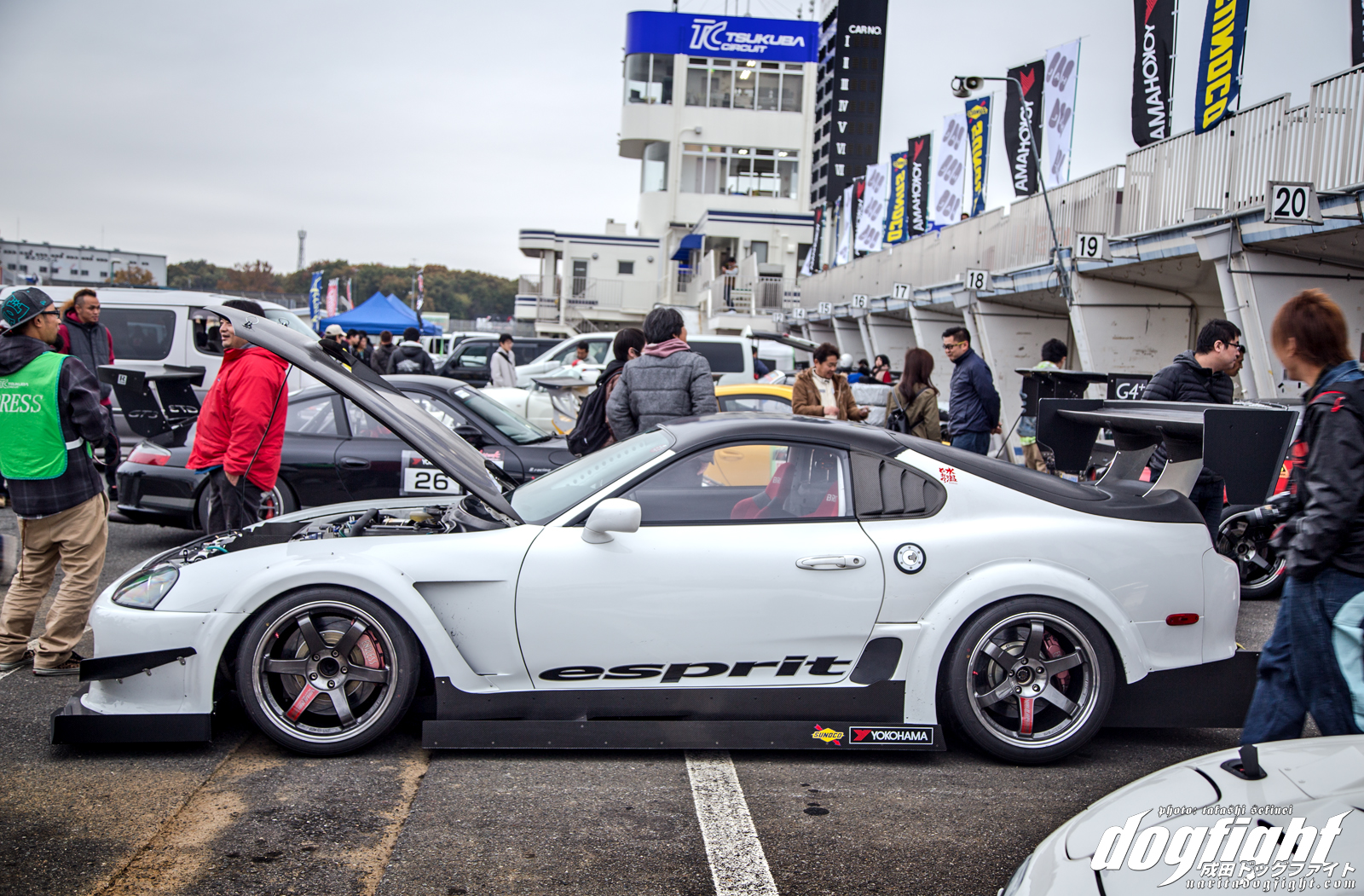 There were two JZA80’s in attendance; the very well-known ‘Shiromaru’ Supra from MAF, and this gorgeous one here from Esprit.  Unfortunately, neither posted very good times relative to their PR’s.  The poor weather may have played a role in that. 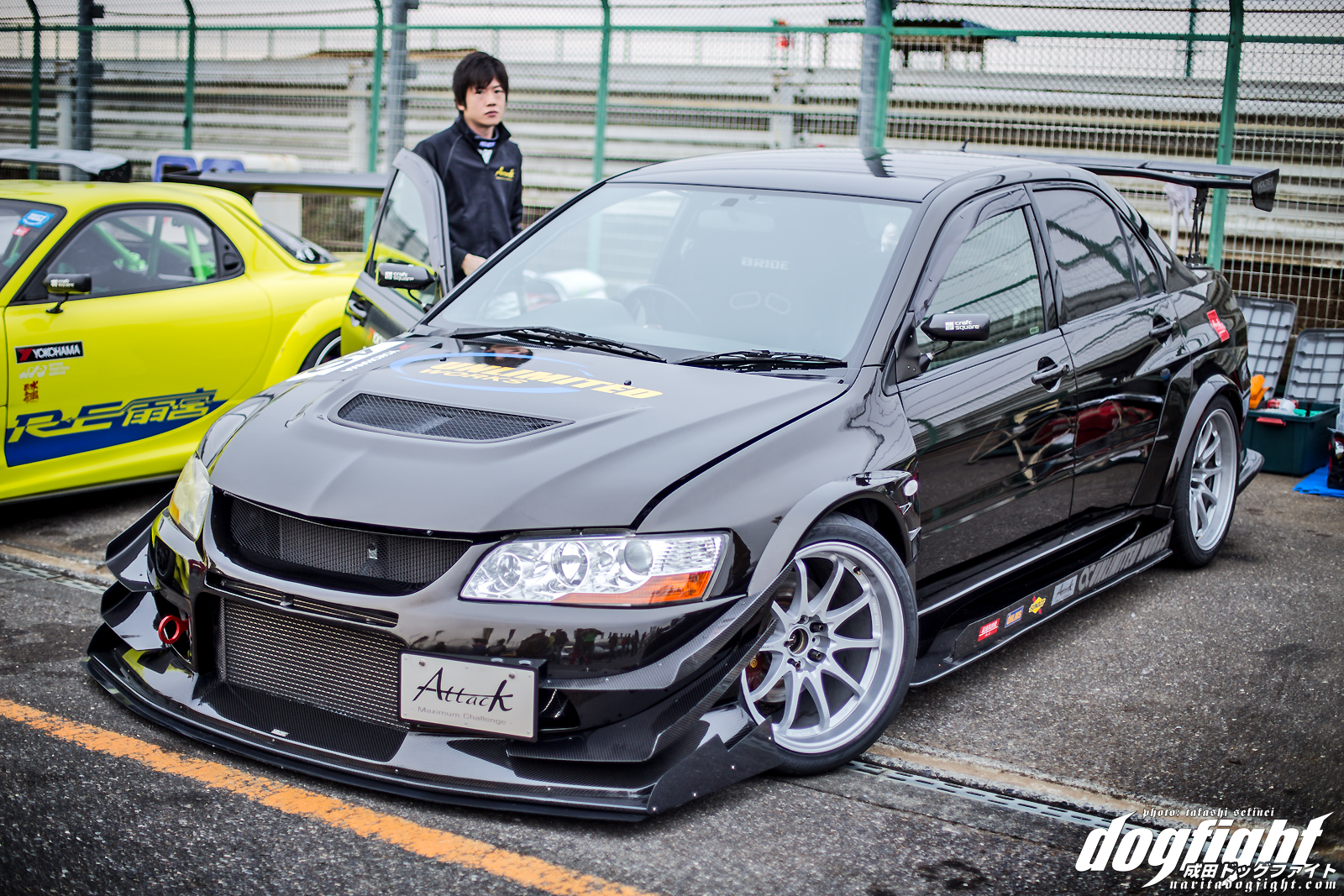 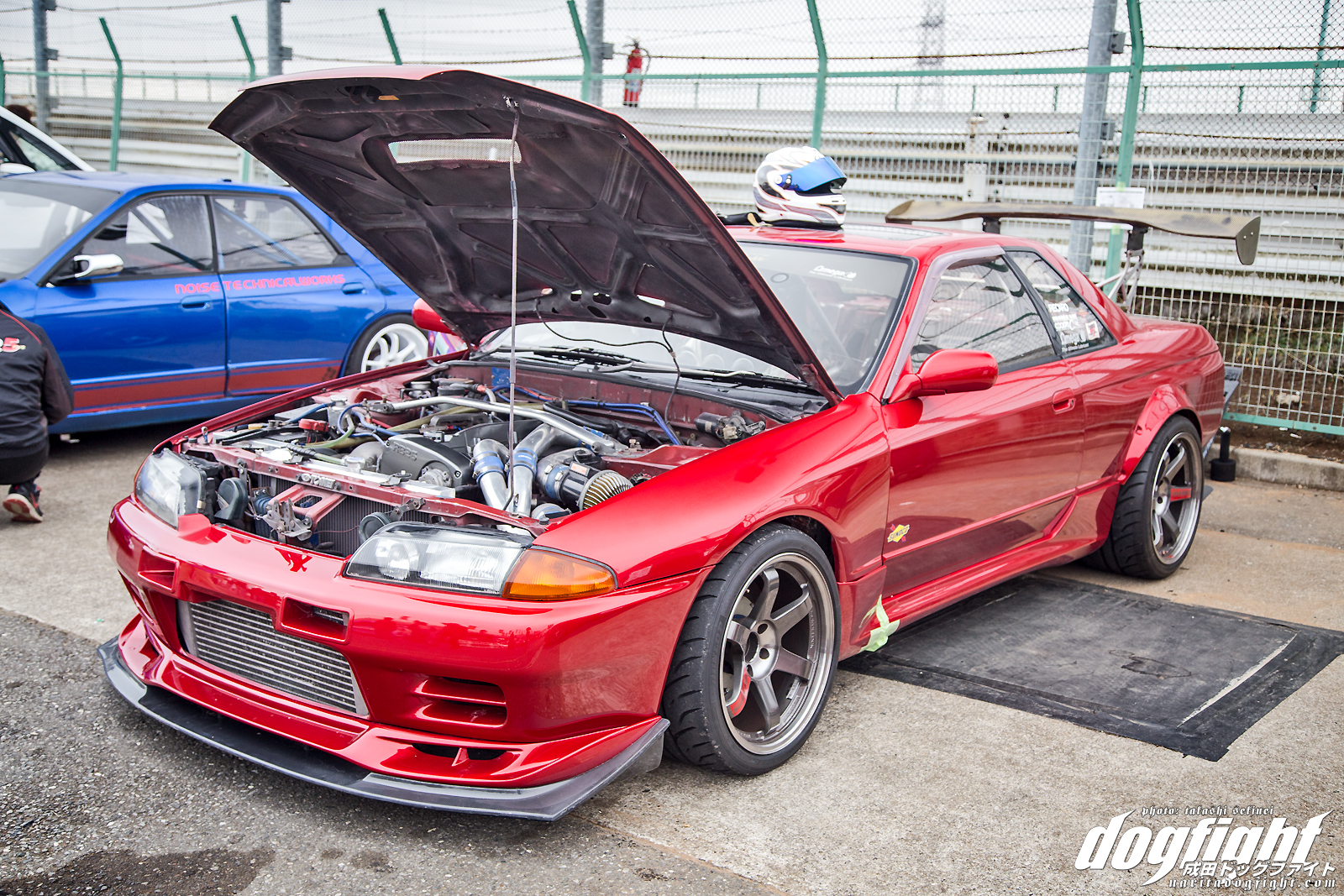 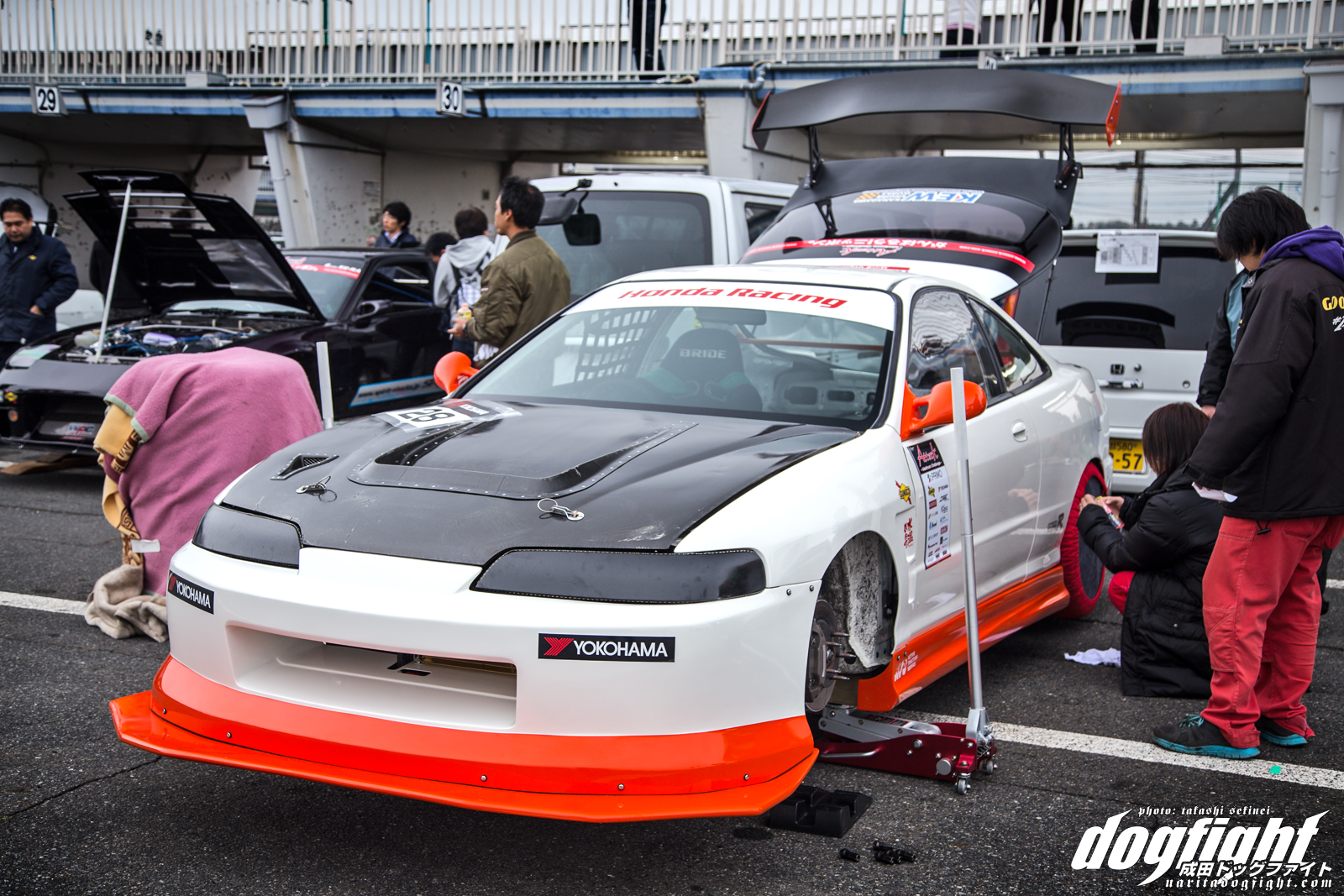 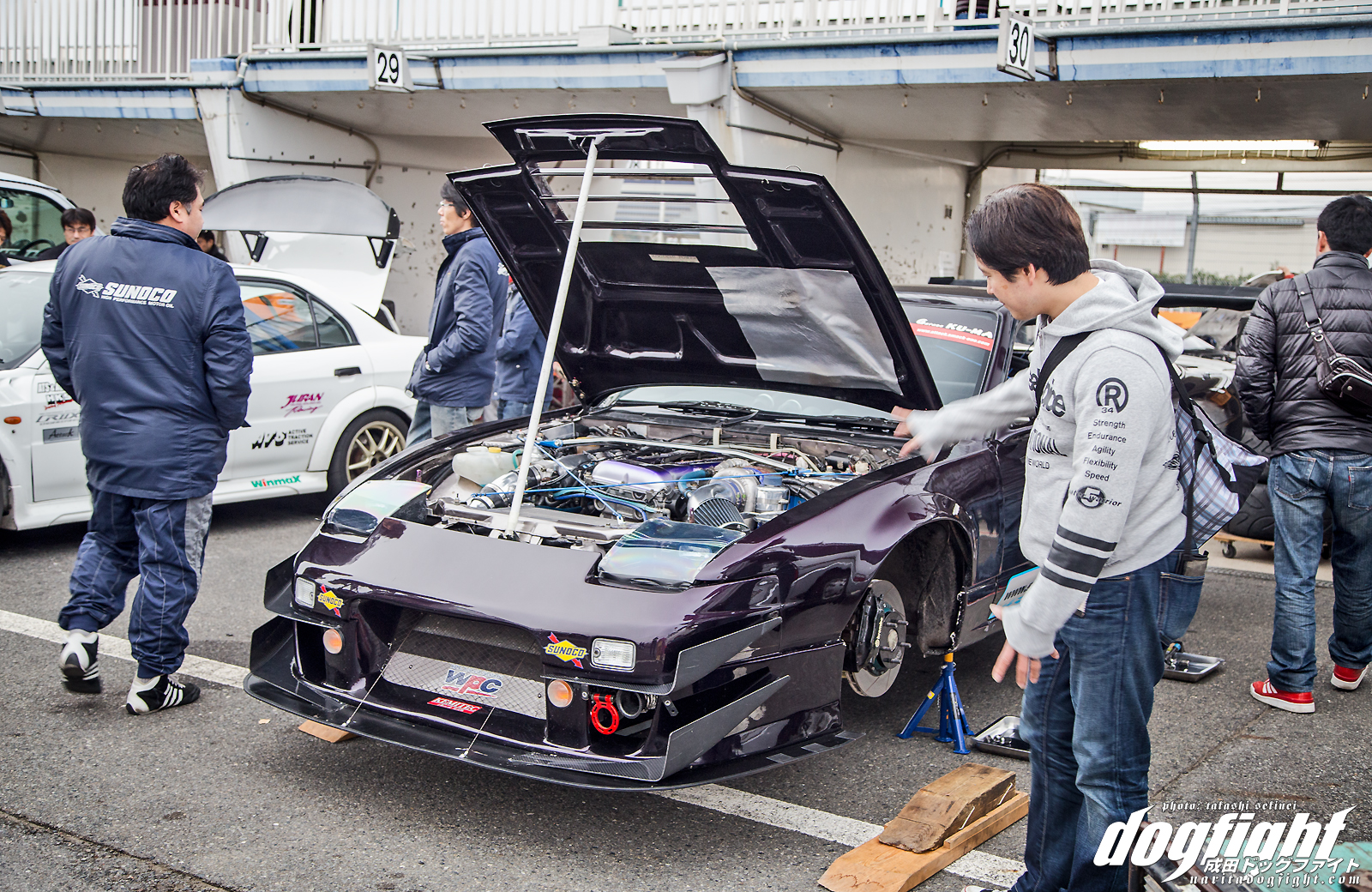 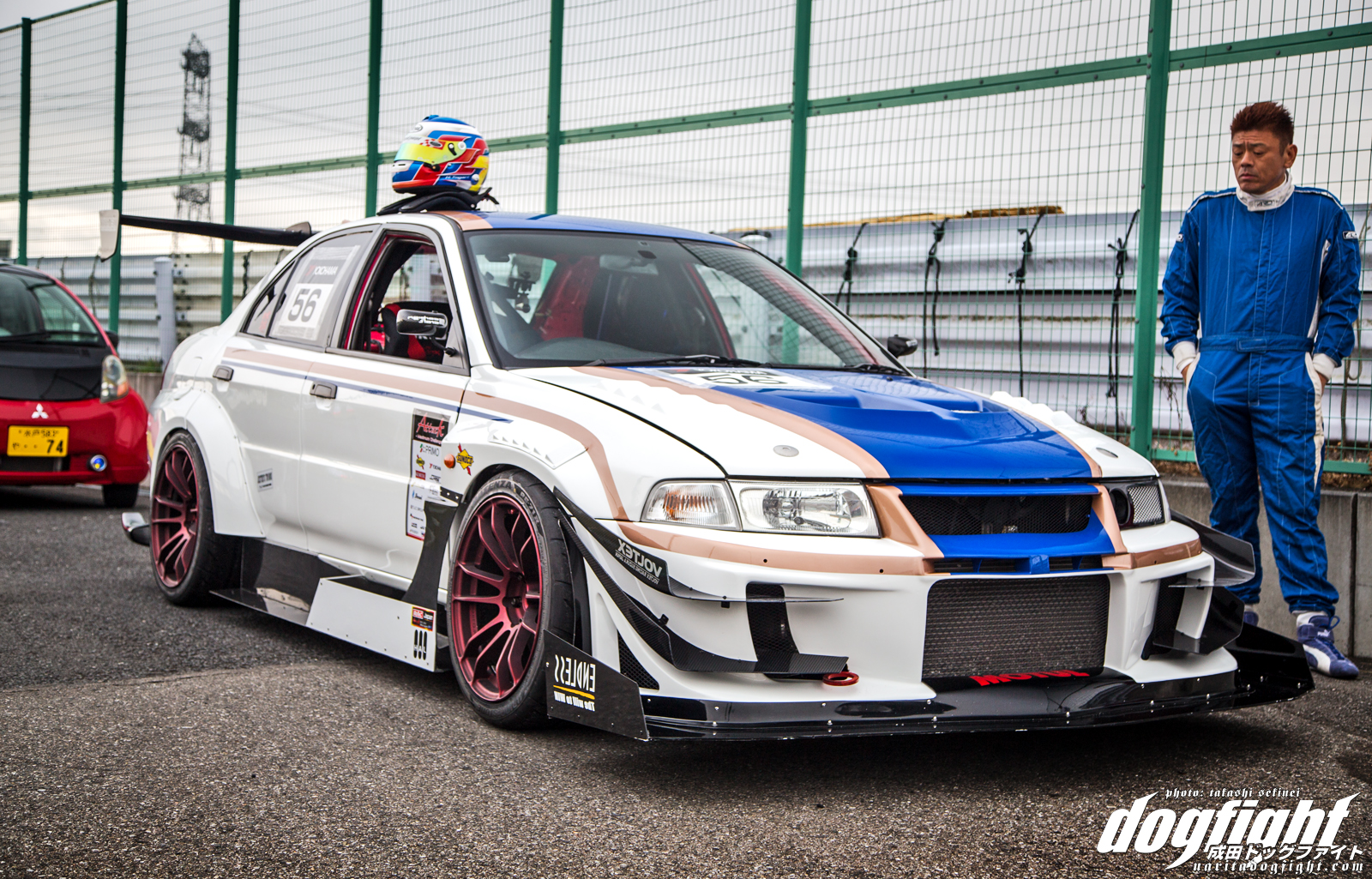 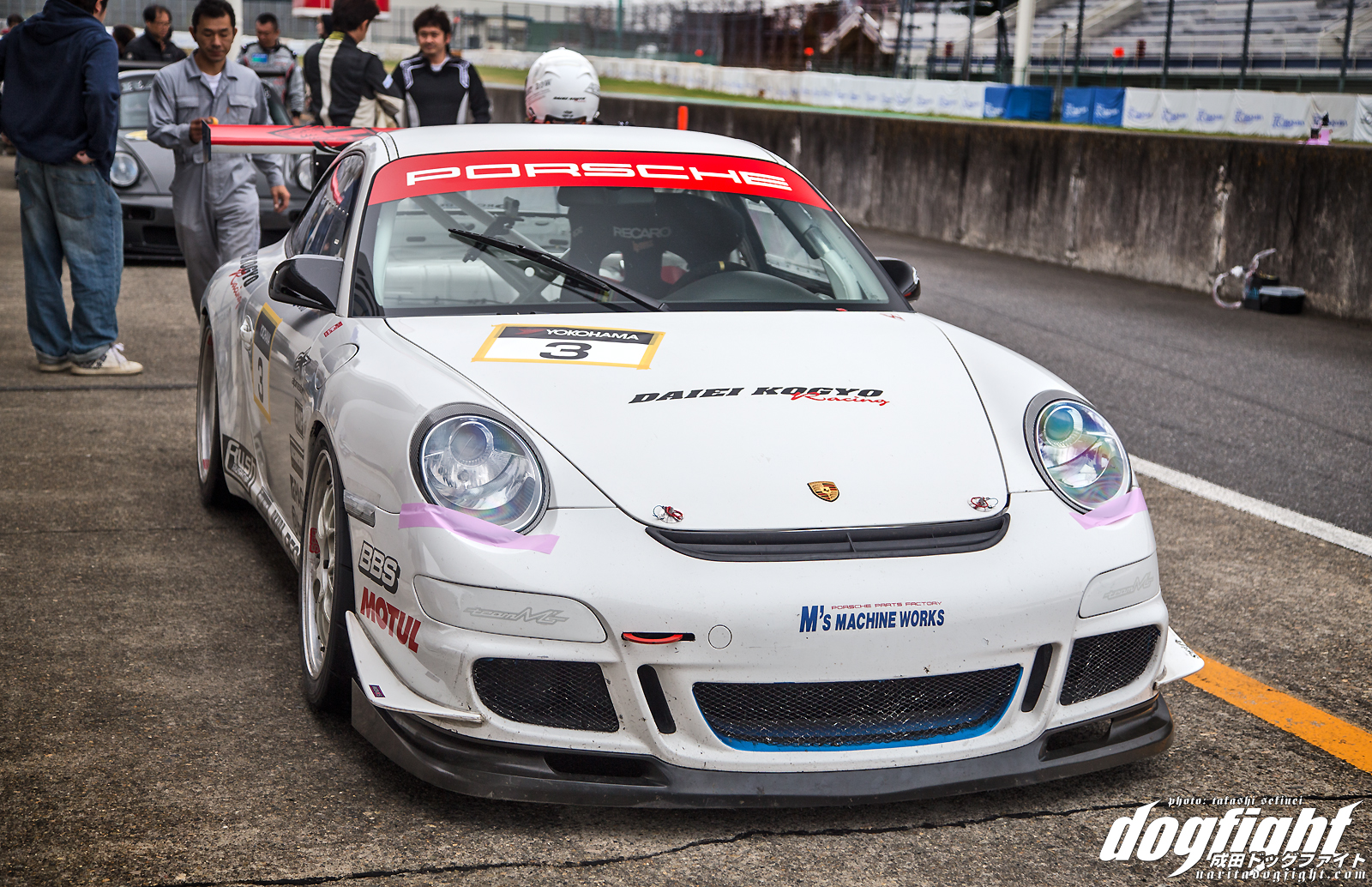 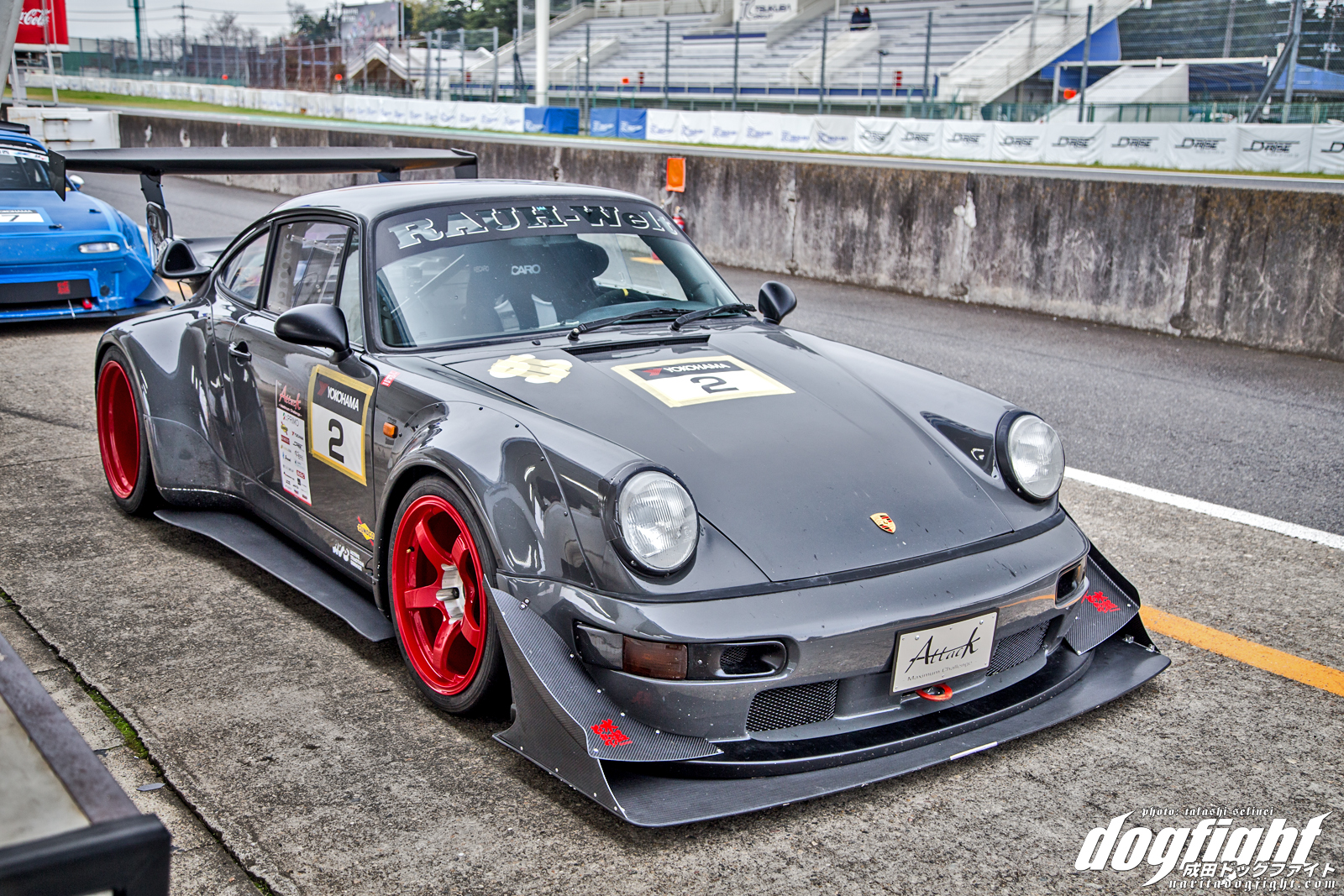 Competing in the Super Lap competition, Nagashima was able to grab a 58’932 in his RWB964; and if I do say so, as able to look amazing in the process.

The Agent K SGR Works S13 was well off pace; attributed to dialing the car in. 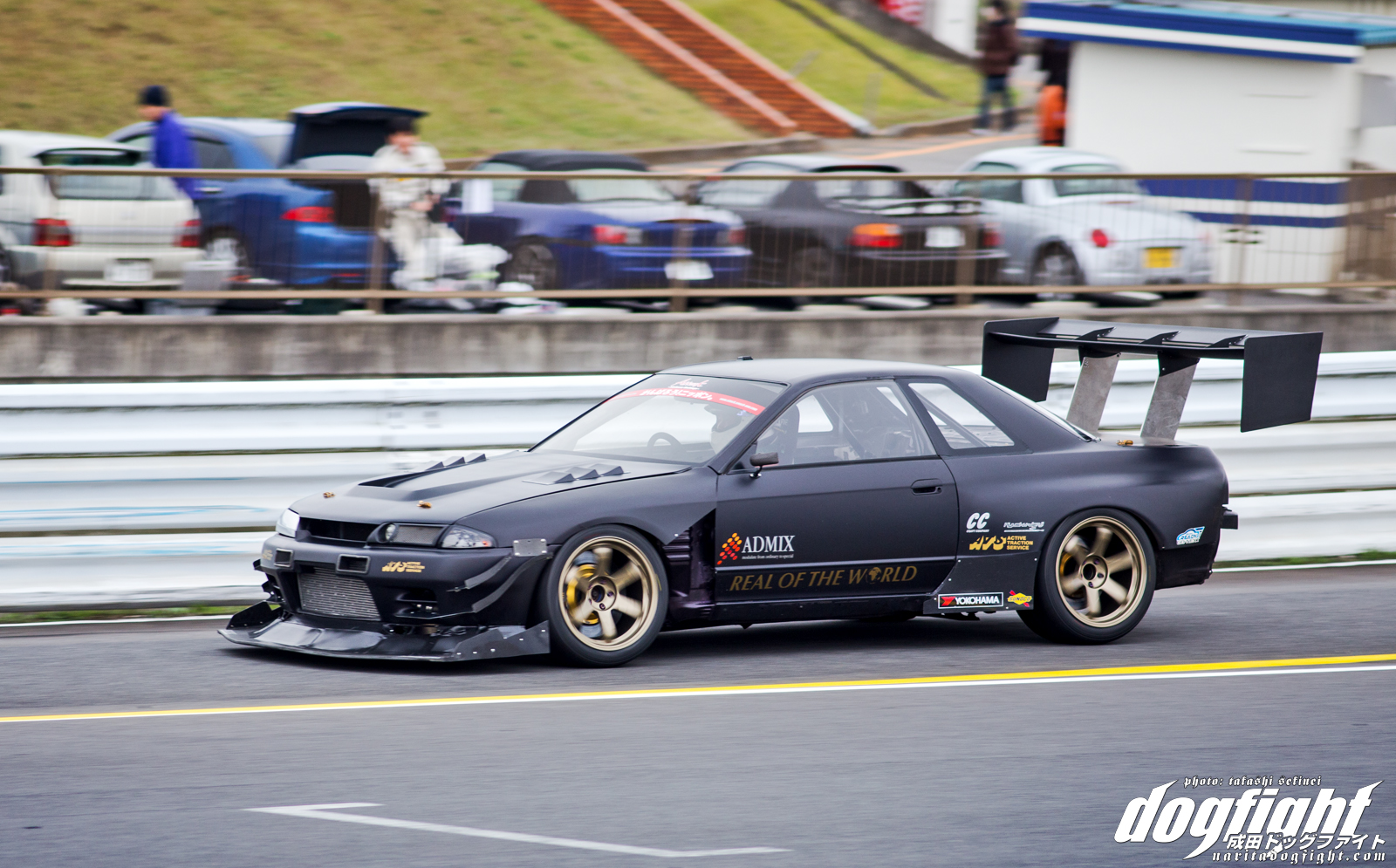 Being that this is one of the first events of the season, it’s expected that times be a bit shaky.  Looking through the results concludes this, as the majority of times were several seconds shy of PR’s.  Still, there is much testing and practice to be had.  All save for this man, however.  Seyama was able to break his personal best of 57’077, with an amazing time of 56’112; good for the fastest time of the day, and getting ever-so-close to the Wacky Mate R32.

What a great way to kick off the season – stay tuned for the second installment!