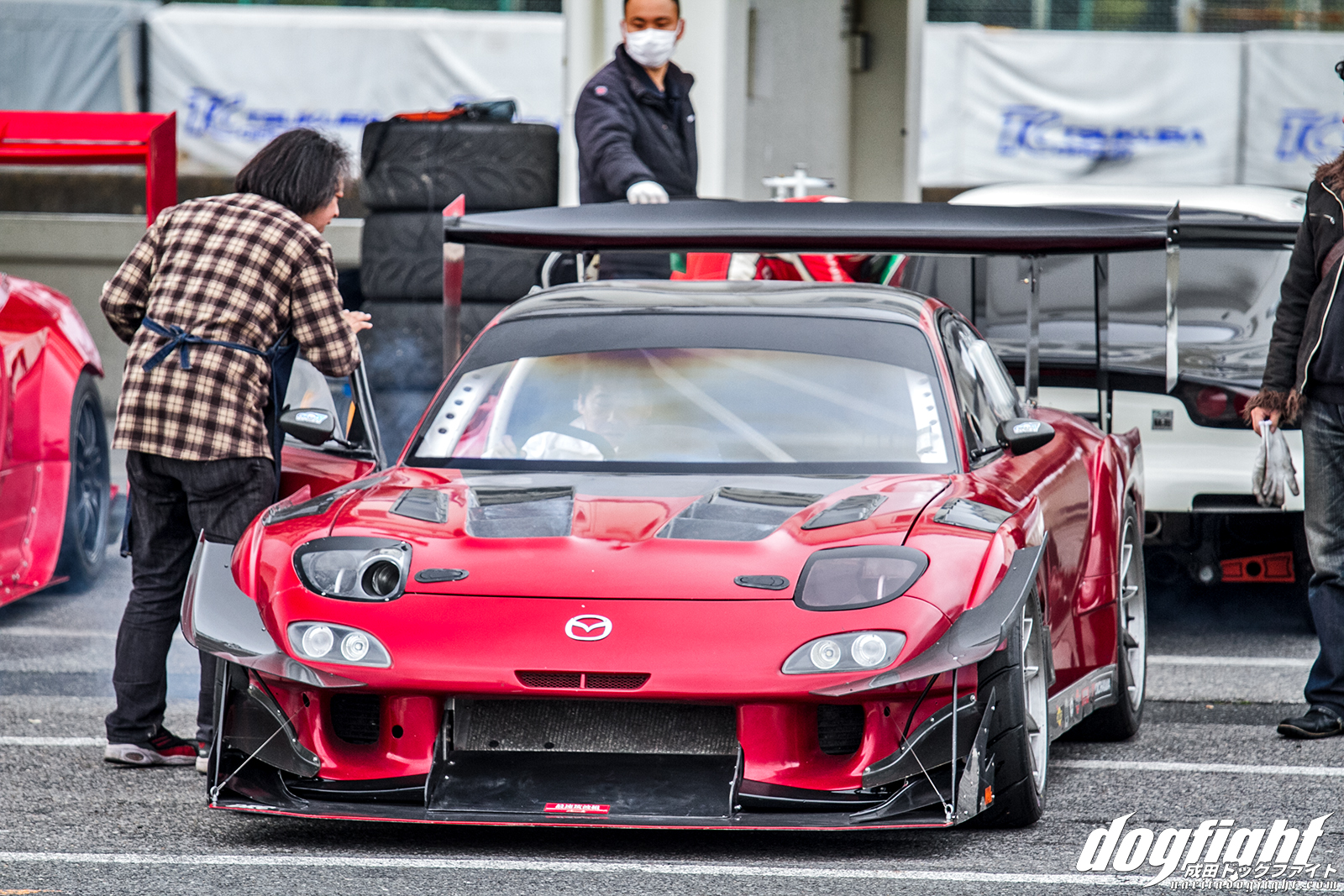 A couple weeks ago Zummy held one of the first open time attack events of the what is considered the ‘prime’ season at TC2000; temps have dropped, and track conditions are ideal for fast times.  Many of the amateur drivers used this as an opportunity to shakedown their summer upgrades.  We saw a lot of modifications to existing builds, as well as the debut of many newer entries to the ever-growing niche.  It didn’t take long for the returning drivers to see the fruits of their labor, and within laps personal bests were being racked up across the board.

The variety of this event proved to be a rather complex one, with nearly every drive configuration and manufacture represented in one form or another.  Just what we’ve come to expect from these events; which have done nothing but grow in the past decade. 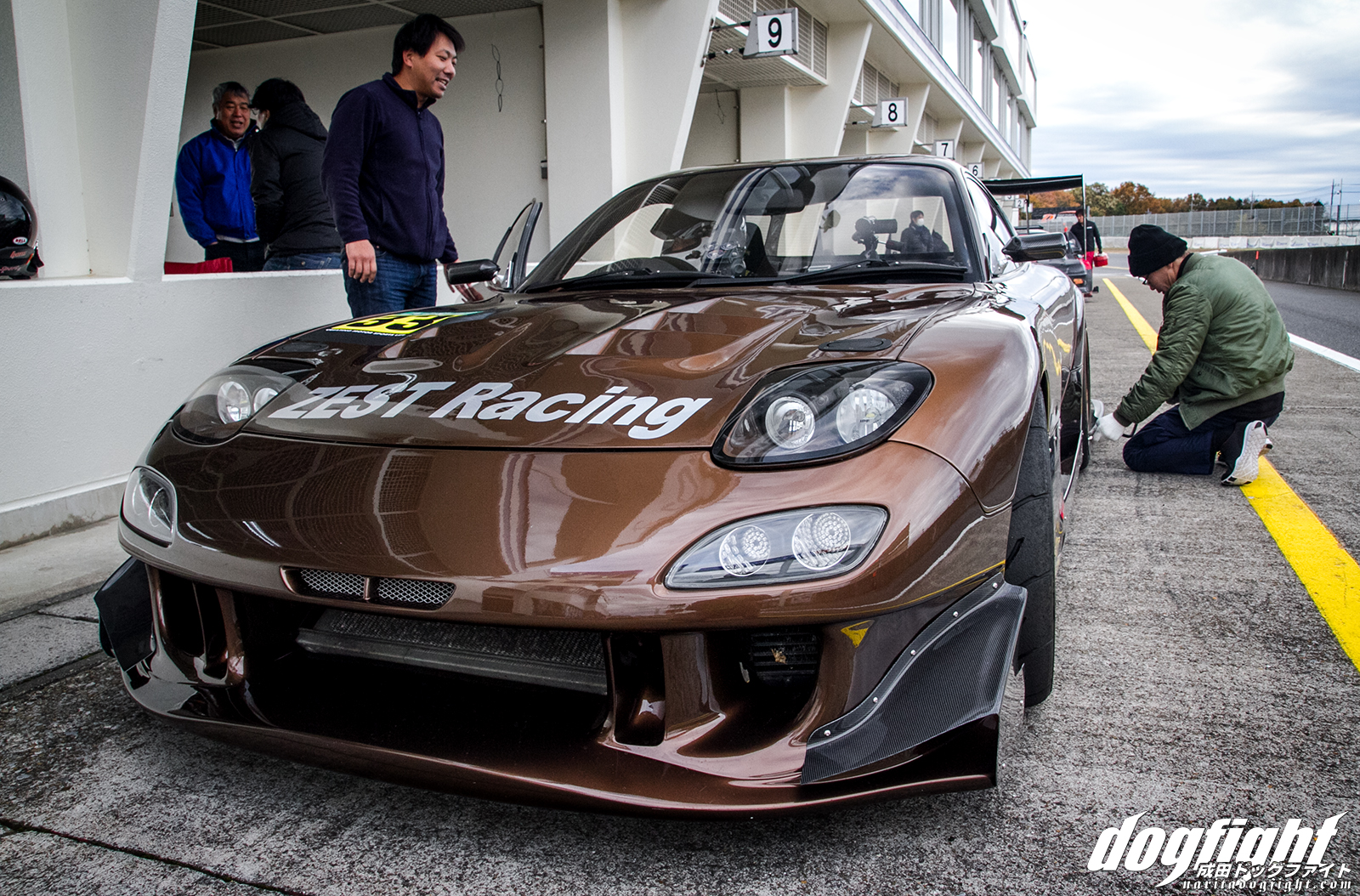 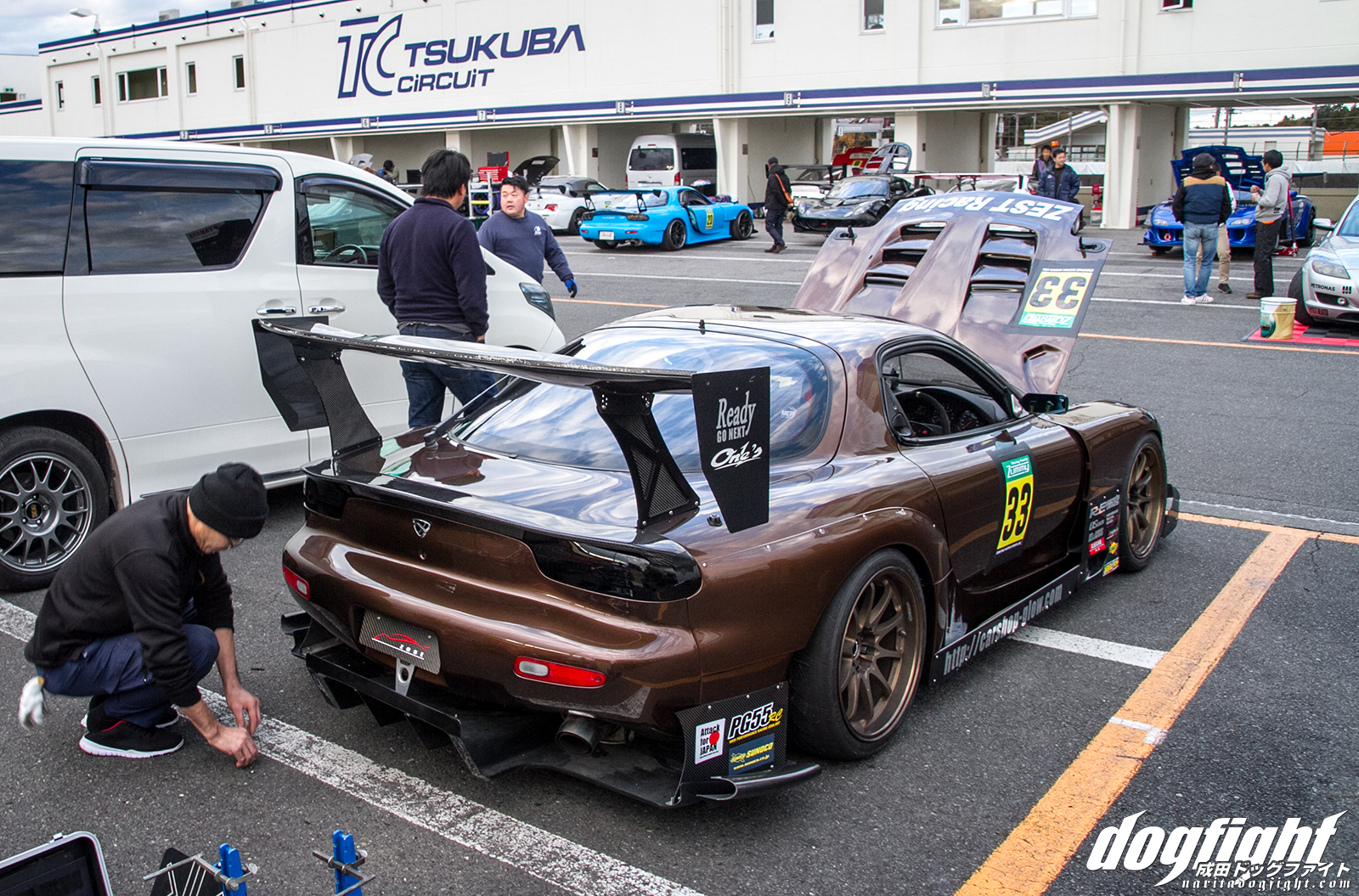 Hara-san was out and in good form with the now street (version 2) trimmed CSG FD3S. Having two FD chassis’ now, both in the signature cafe-esque color, will give him the opportunity to develop an entirely new, dedicated race car.  The street version, which utilizes the old chassis, was in the 1’01.311 range for the day. 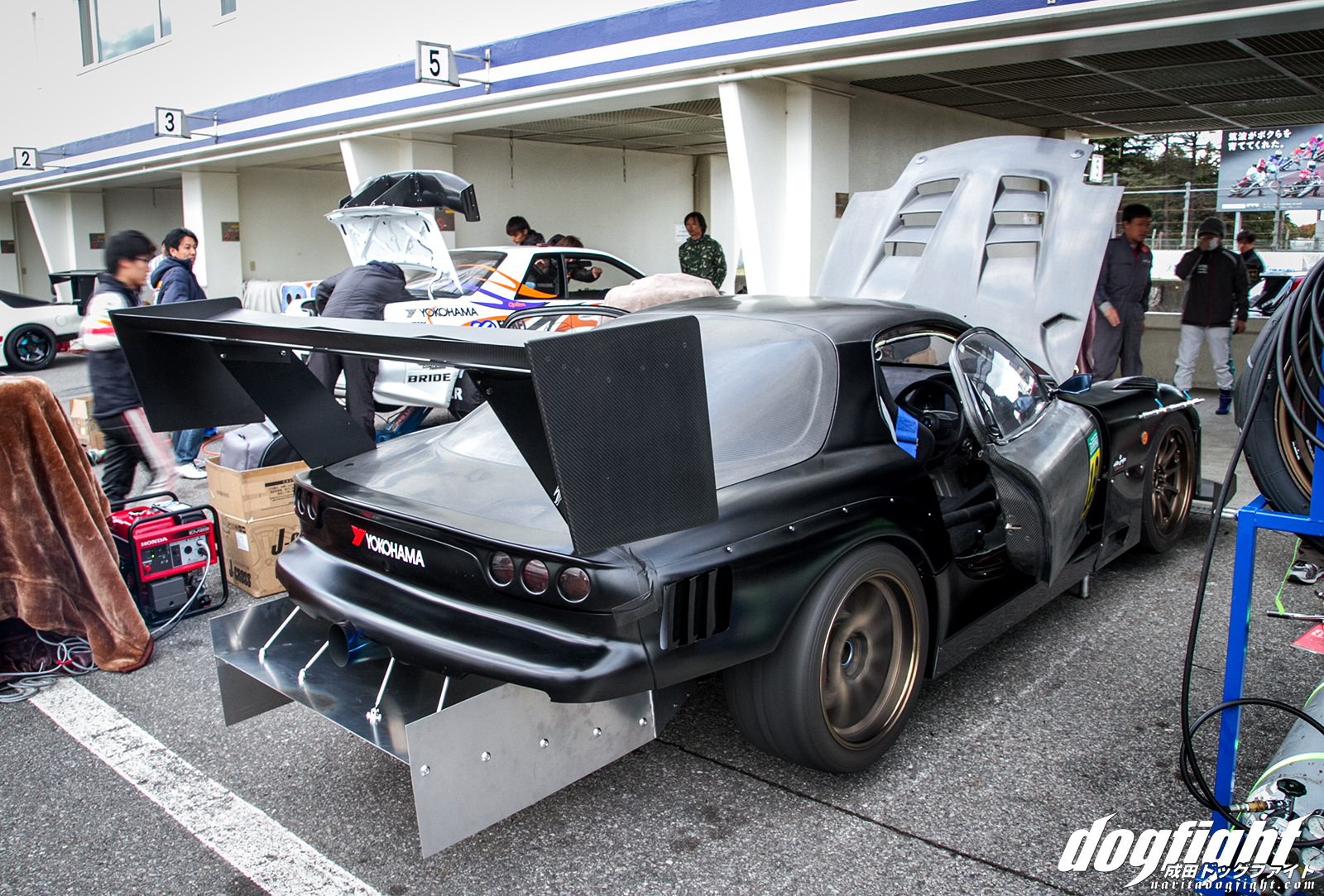 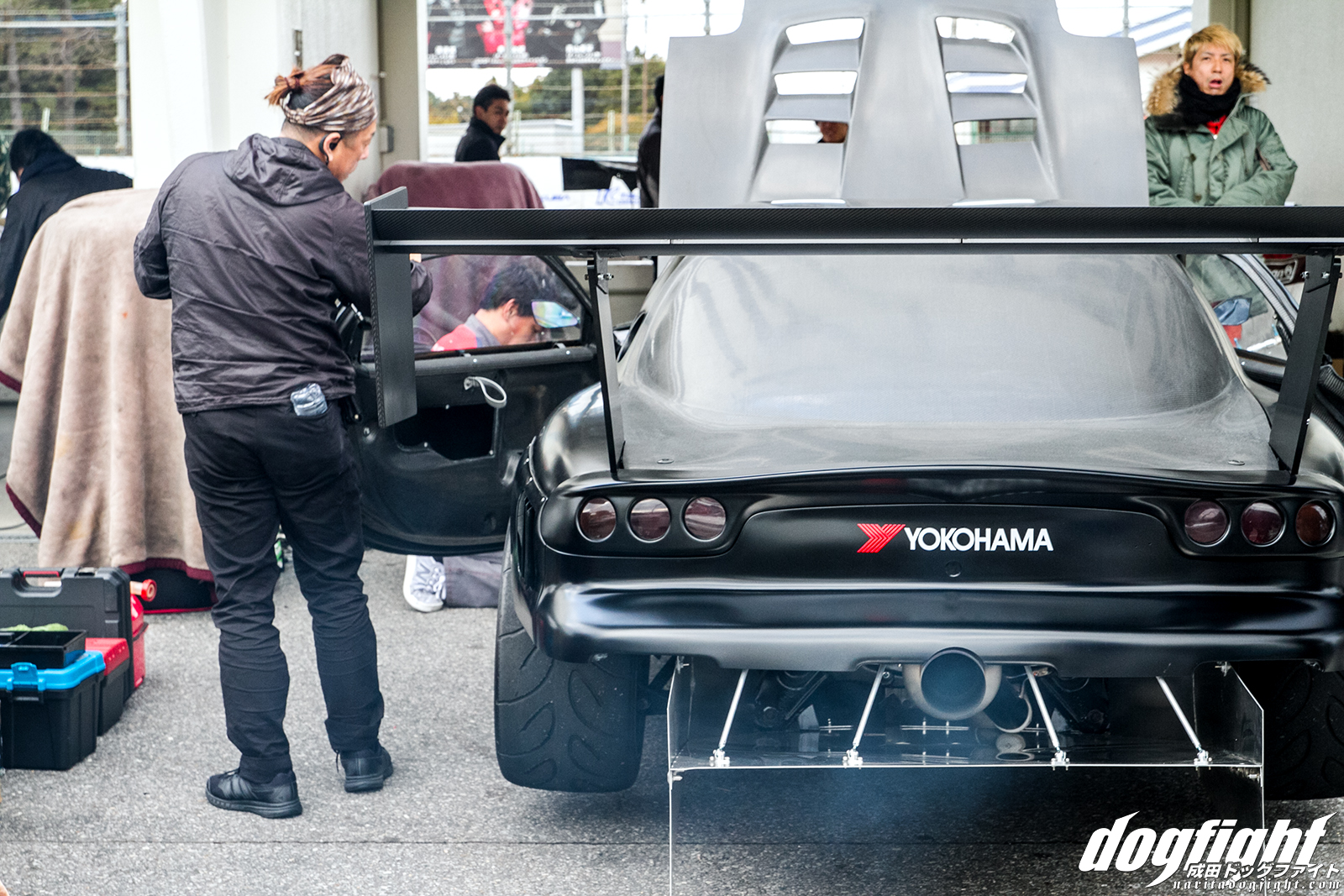 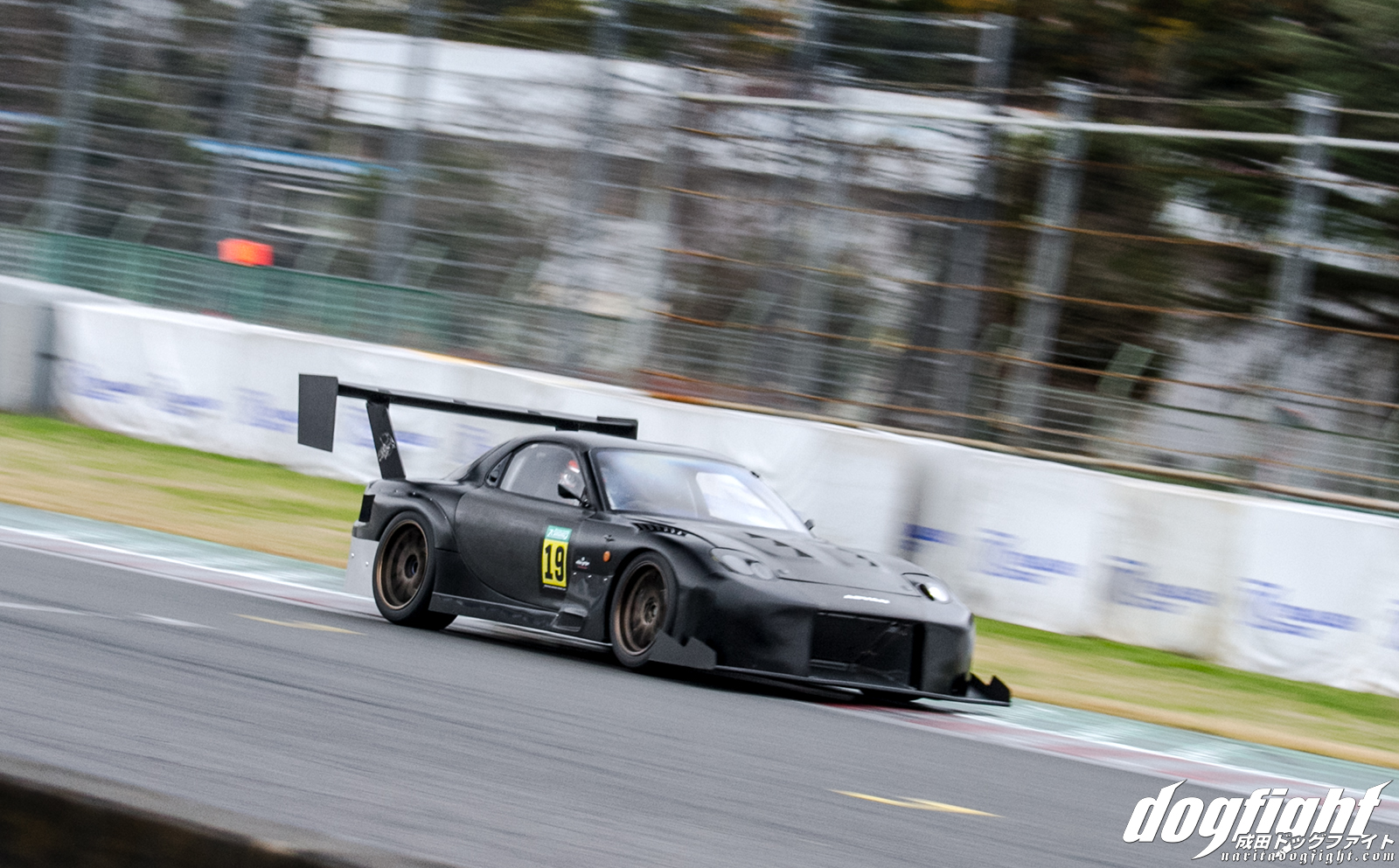 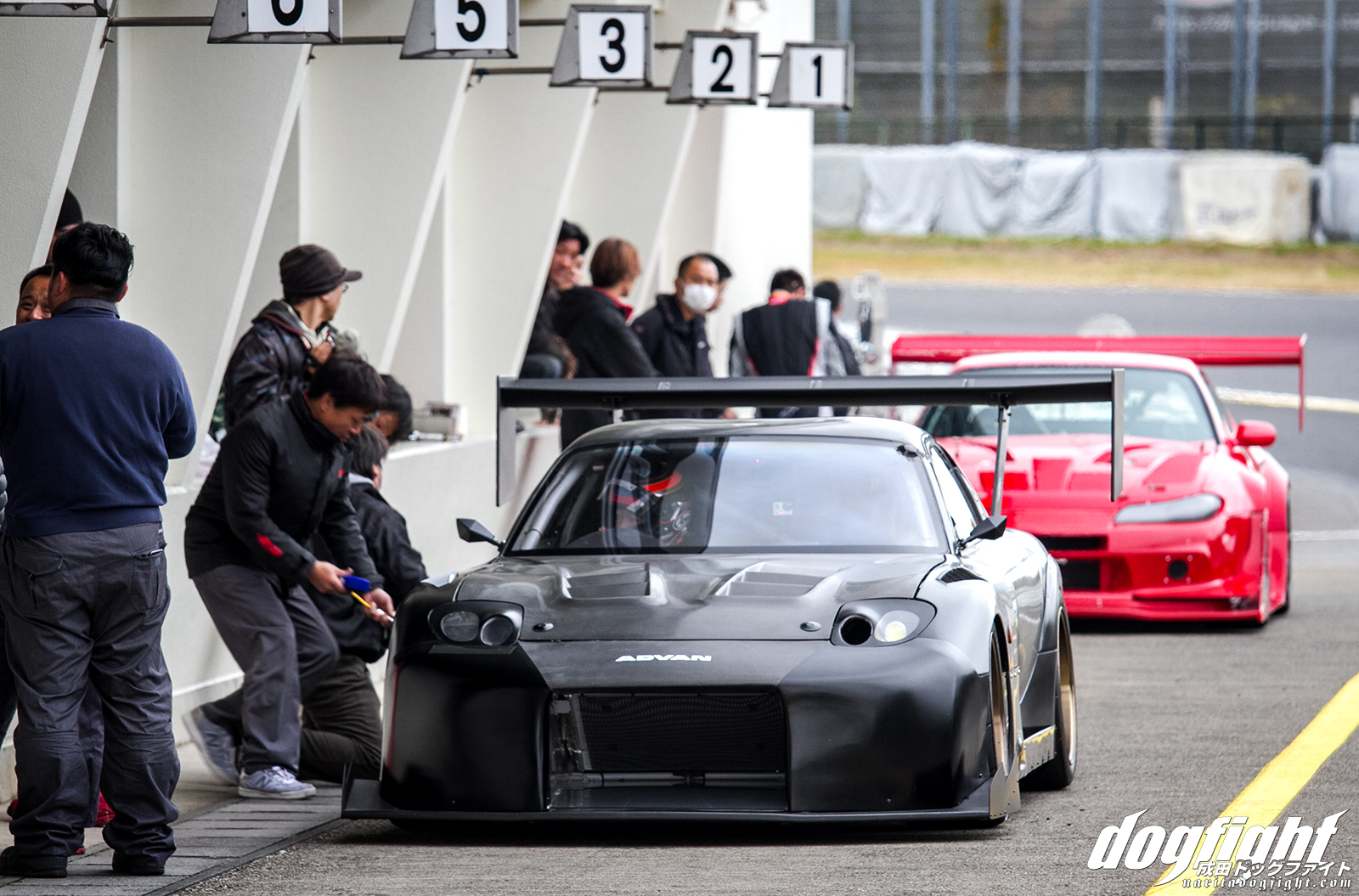 One of the newcomers I was excited to see perform was the NA 13B powered FD built in conjunction with Advan and Full Stage.  Piloted by the ex-GT300 driver, Hiroyuki Iida, the naturally aspirated RX-7 was able to set a very quick 57.369 hot lap around the circuit.  Not bad for a totally remade chassis!  The whole car looks pretty intimidating, but I especially like the side mirrors they chose. 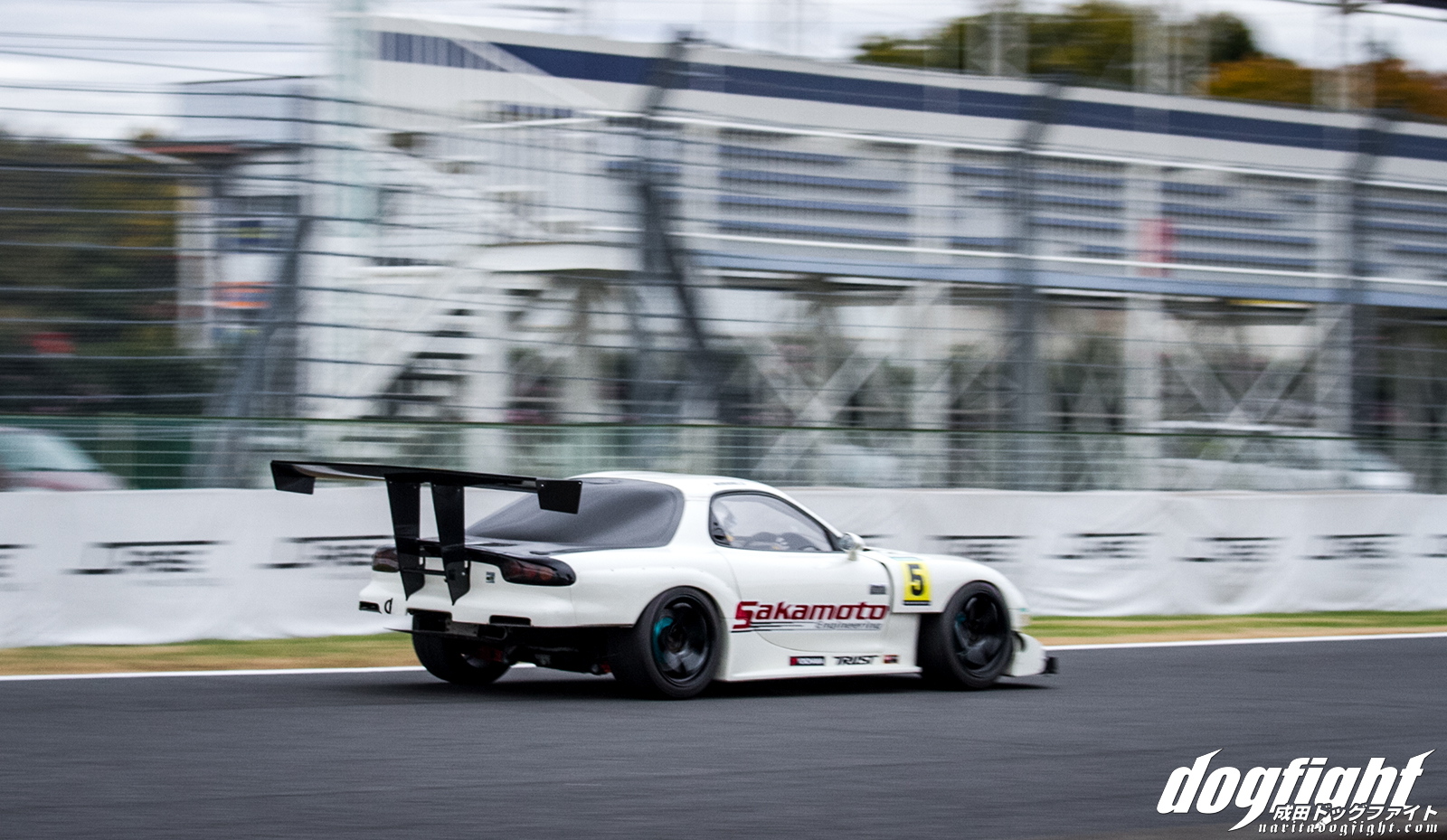 Sakamoto Engineering RX-7 has some minor upgrades from last year that were enough to push it to a 56.451 for the day.  Hiroki is pleased with the result, I’m sure.

Mr. Aki-Roll’s ‘Deep Grip’ FD has taken on, quite frankly, an entirely new look.  Gone is the contrasted white and black exterior, and in it’s place a blood red paint that suits the aggressiveness of the car much better.  New aero packages were designed for all sides of the car, as well as a pretty cool red carbon rear window.  The car hit a best of 56.382, topping it’s previous time.  Still one of my favorite FD’s. 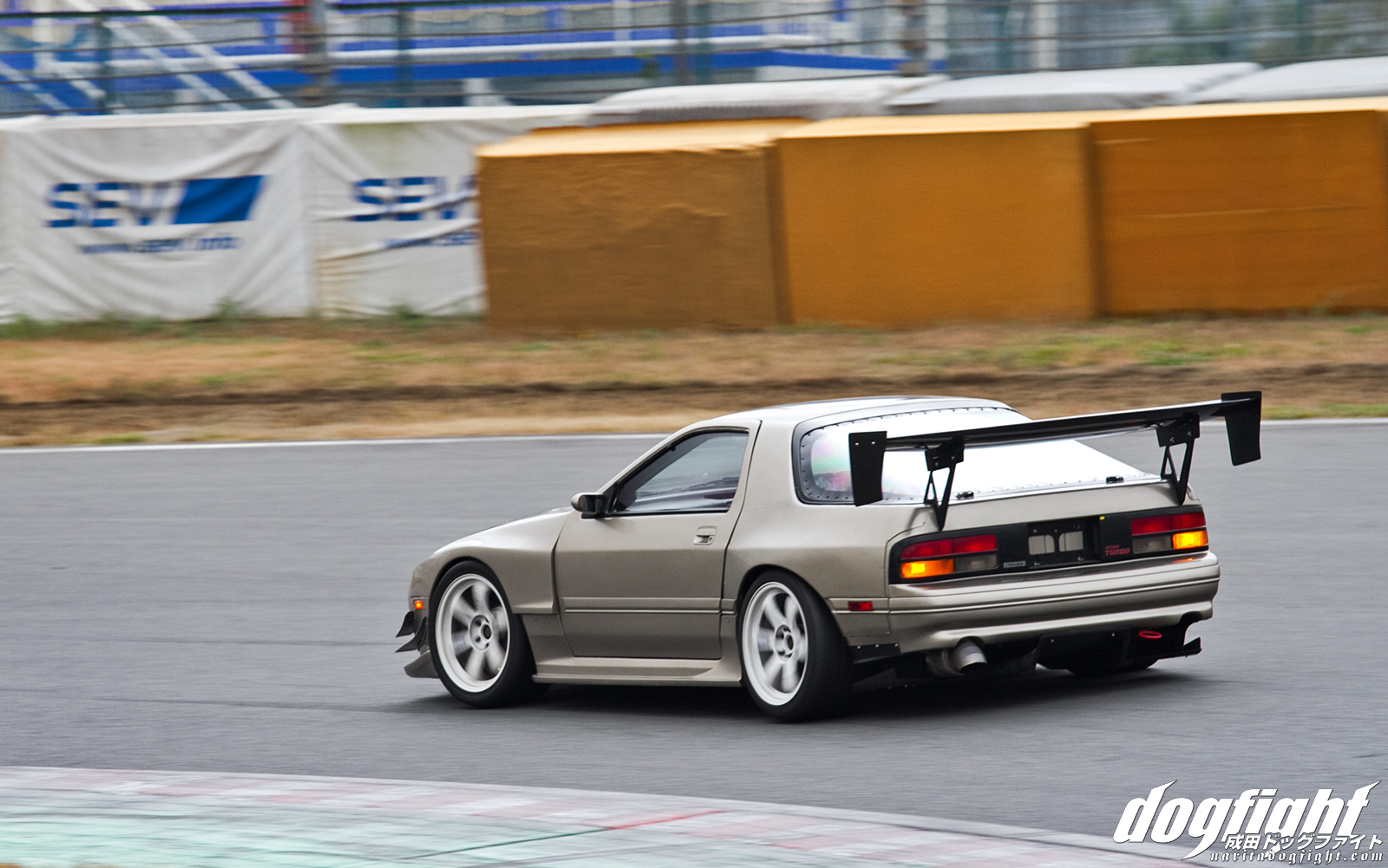 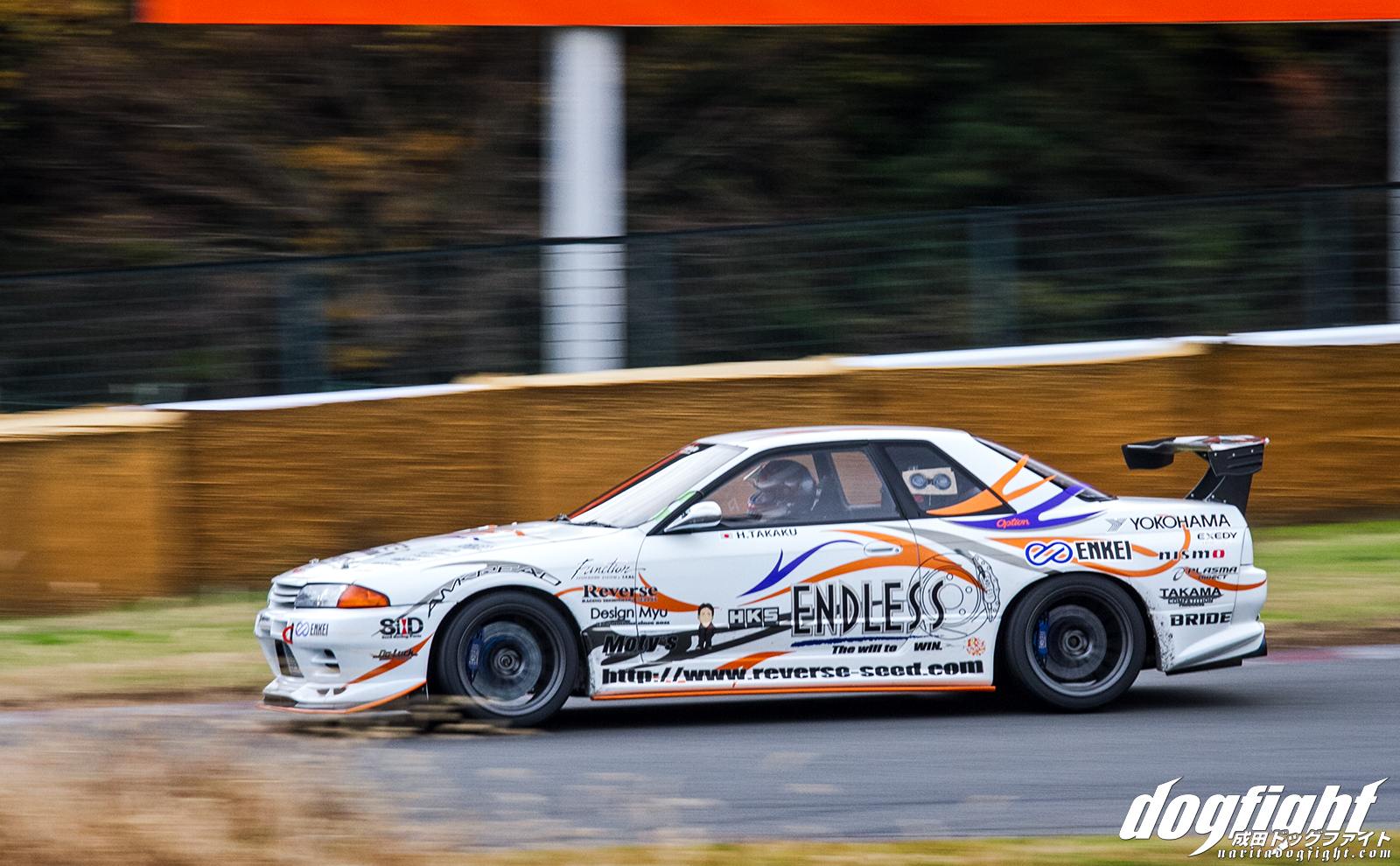 There were certainly no shortage of GTR32’s at the event; with even the Reverse R32 making an appearance.  Hideki-san was able to grab a very respectable 58.663 with the GTR usually seen on bigger tracks like Fuji. 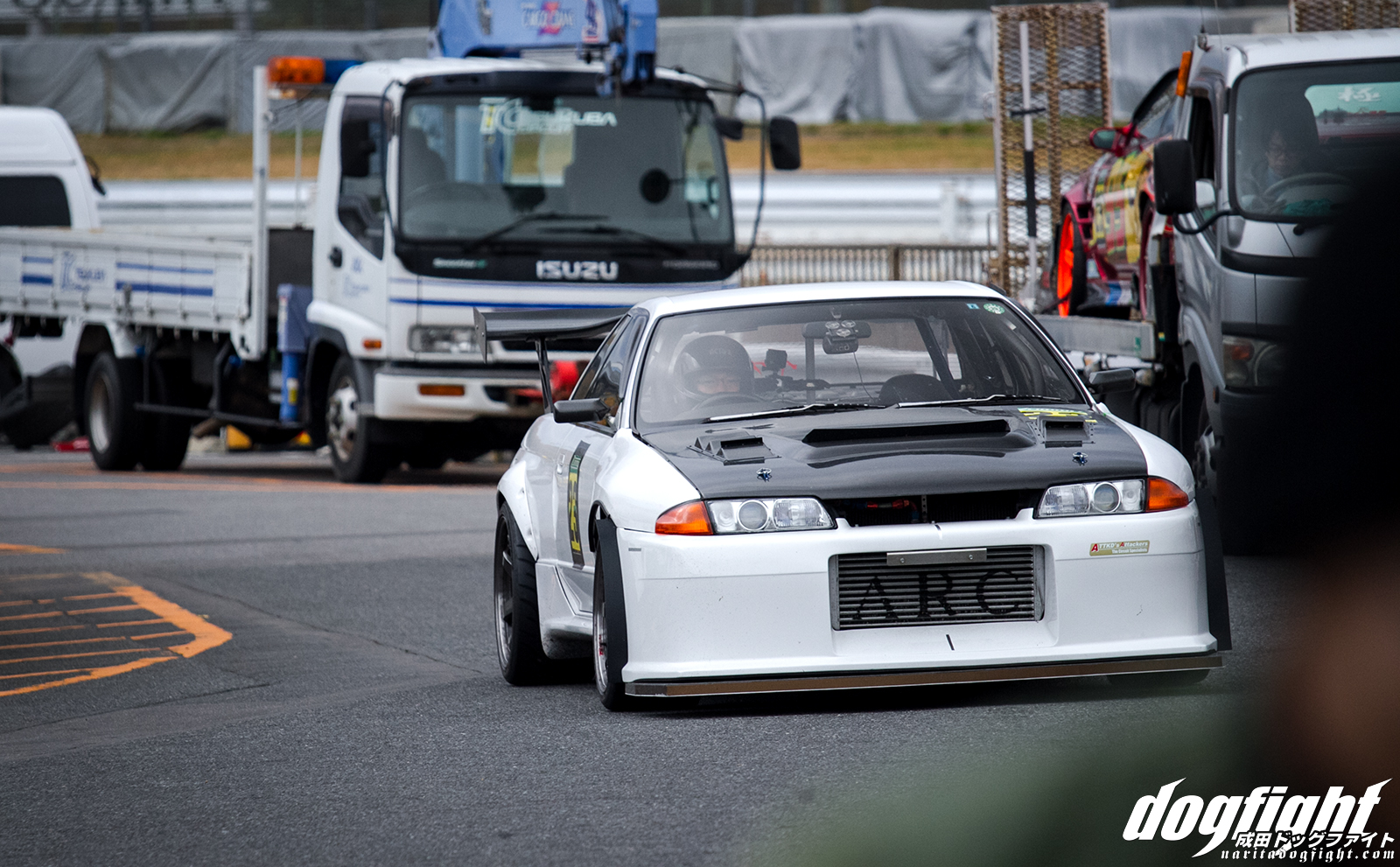 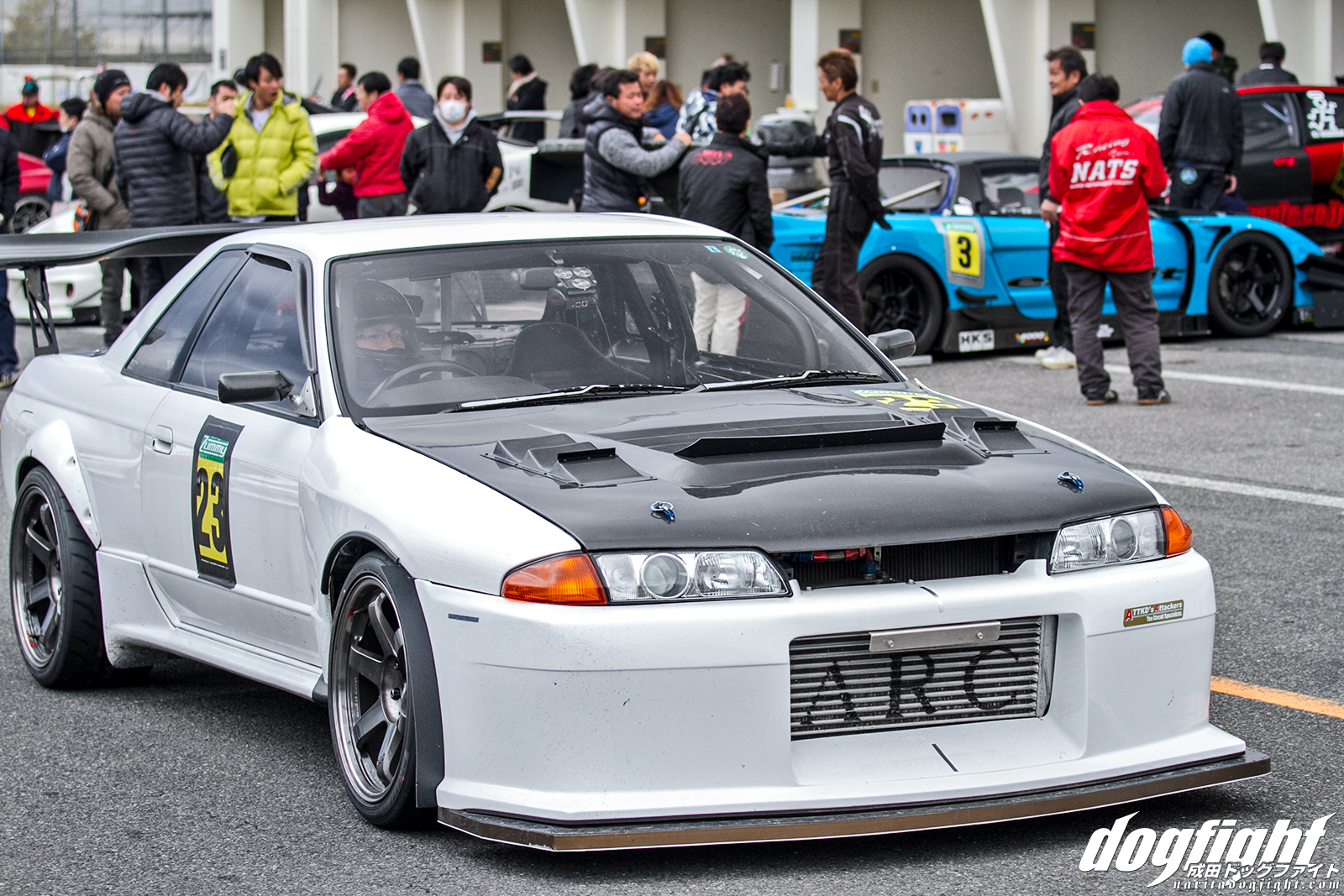 ATTKD built R32 was sporting an almost ‘stock car’ like front end.  A stark contrast to the canard-clad front ends of other GTR’s.  The bumper looks similar to the one on the Seyamax R32, sans the aero.  The owner was able to garner a nearly 1 minute flat lap time; no doubt room for improvement in the future. 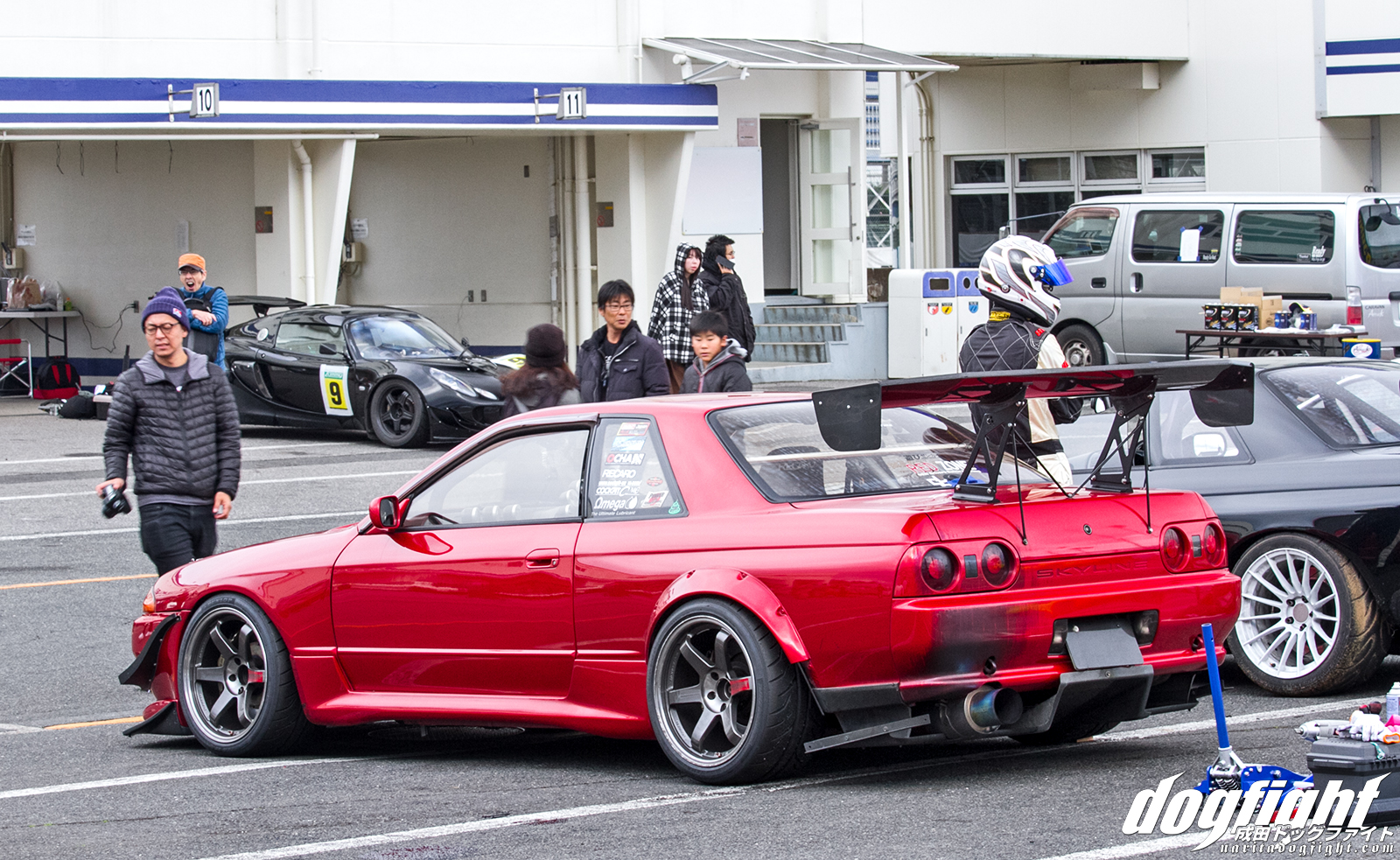 This is a near perfect street trim R32 in my eyes.  The owner relying on Pro Stock for support; a shop that is known for very subdued builds that perform well. 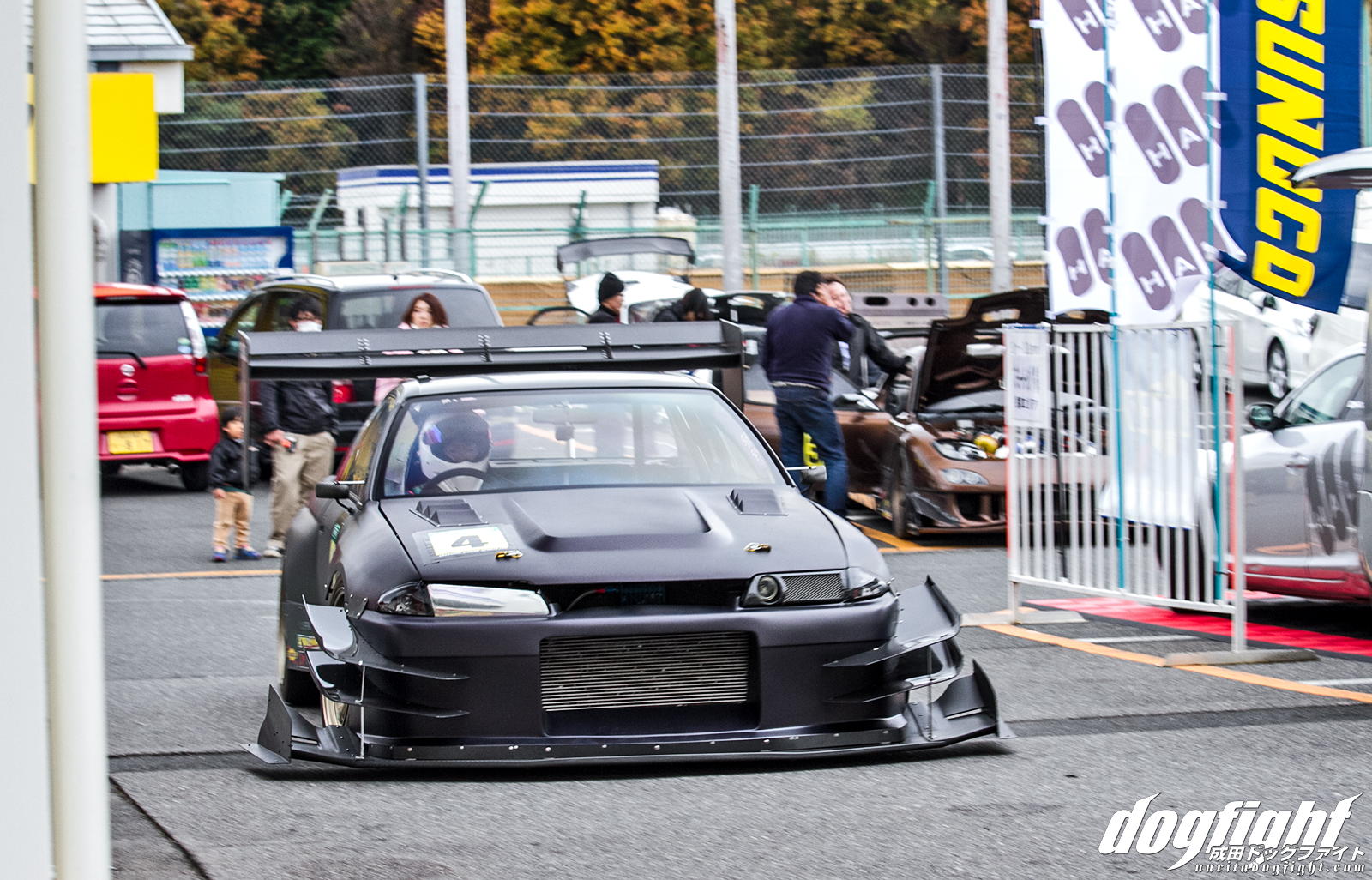 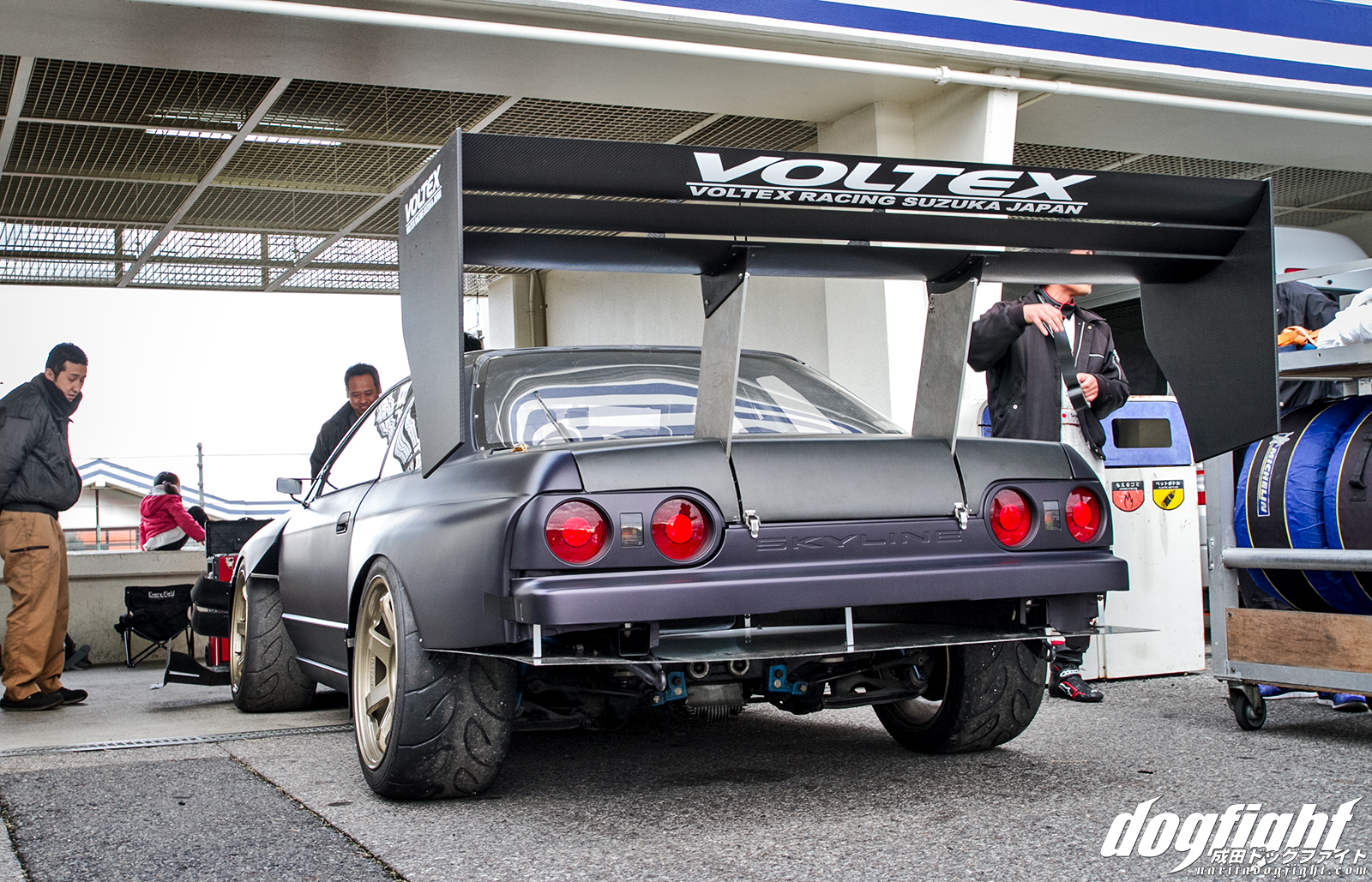 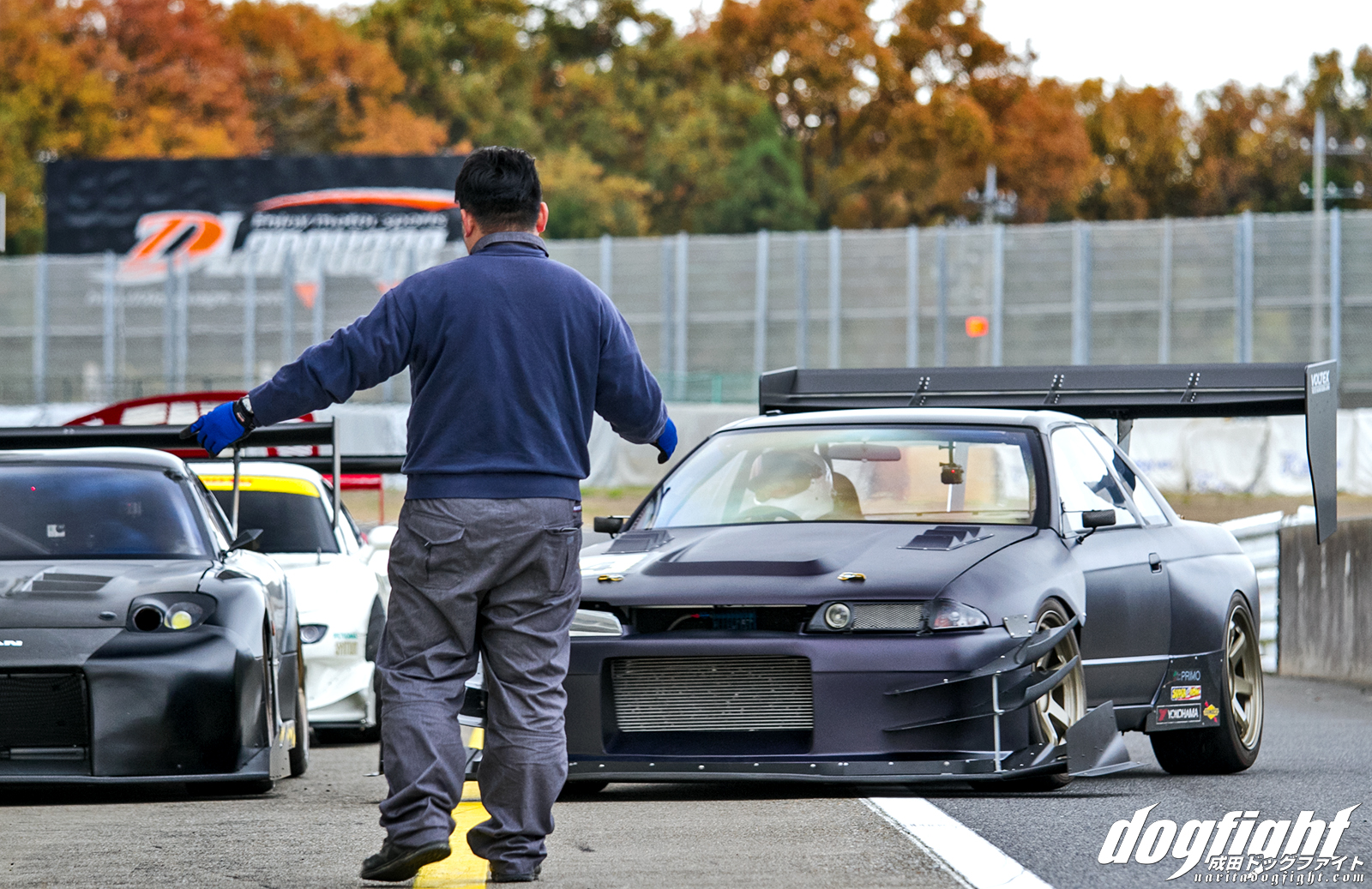 Takanori Seyama went all out over the break with help from Voltex.  The Seyamax/ADMIX R32 GTR now adorned in some of the most proven aero in Japan.  He had gotten to a point where he could go no faster in his car in it’s mild form, and after one session with the new upgrades he was able to lap in an astonishingly quick 55.026, backing it up the next weekend with an even faster 54.851.  The boost in power helped a bit as well I’m sure.  Can’t wait to see how this car gets on after a couple more sessions. 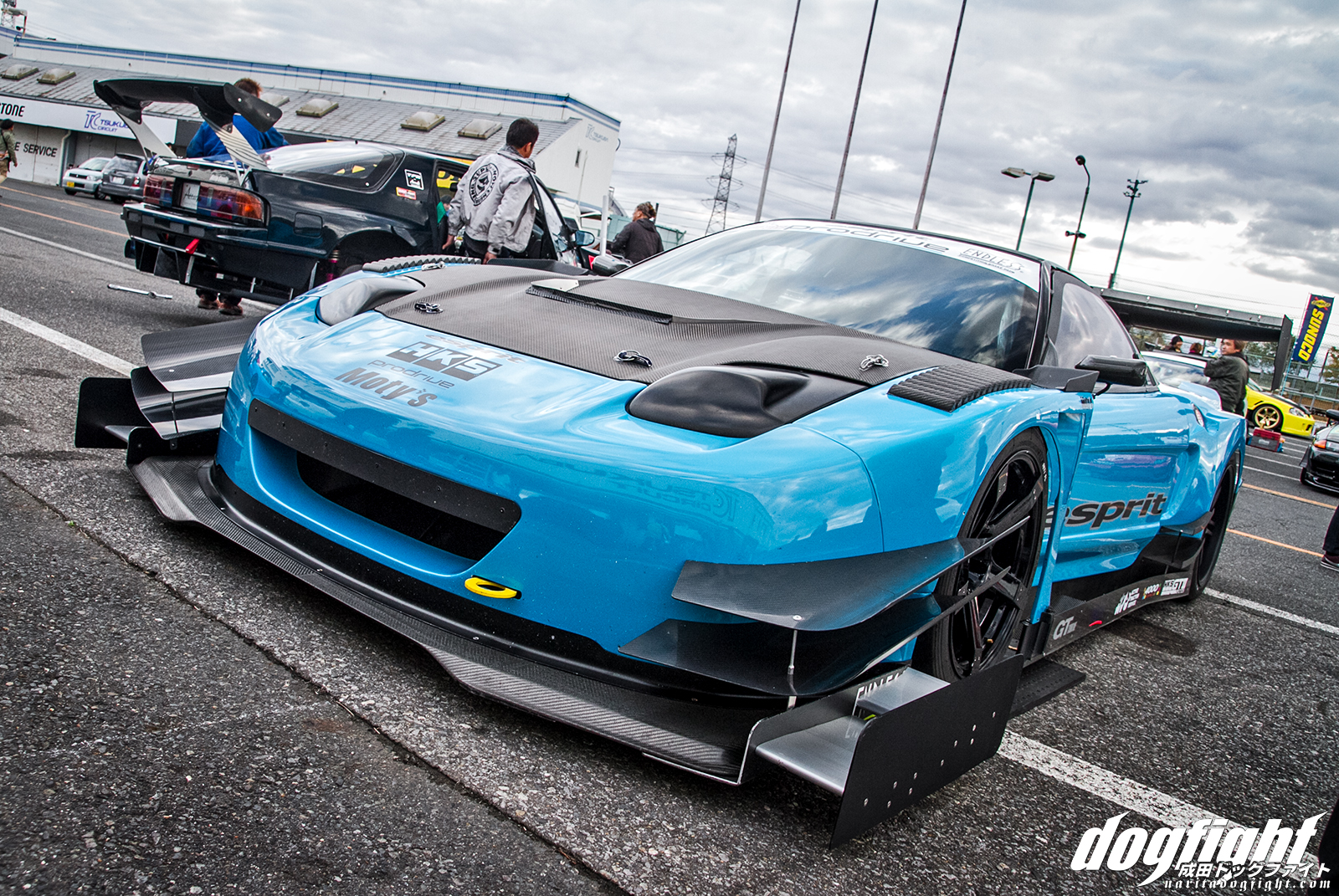 Esprit brought their NSX out to Tsukuba as well; nearly identical to it’s form in Fuji.  I’m not sure if any gearing was changed for the event, but Mitsuhiro was able to grab a fast lap of 55.677. 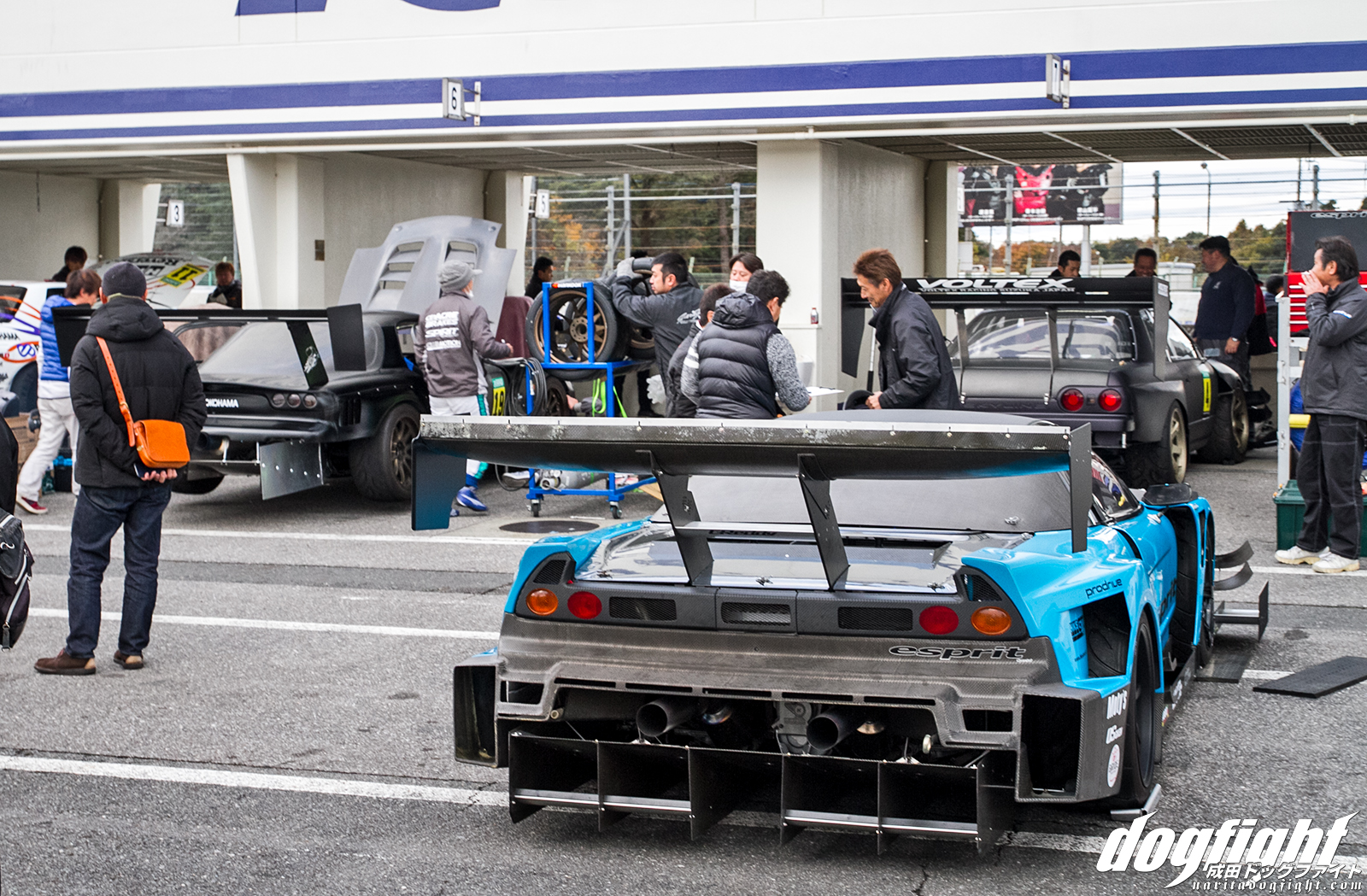 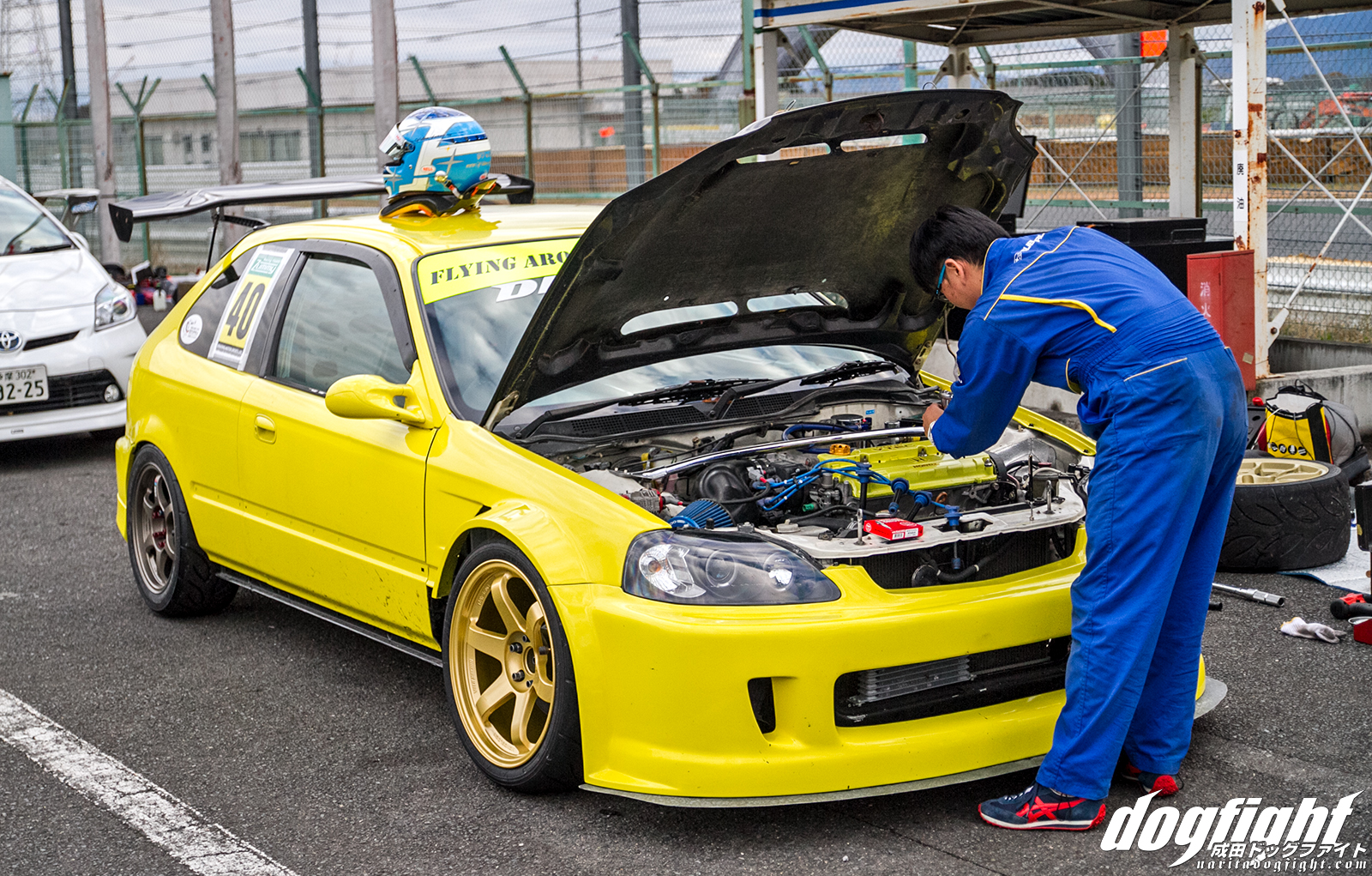 This Yellow Factory EK caught me off guard with a very respectable 1’01.499! Hope to see more of it in the Attack series this February. 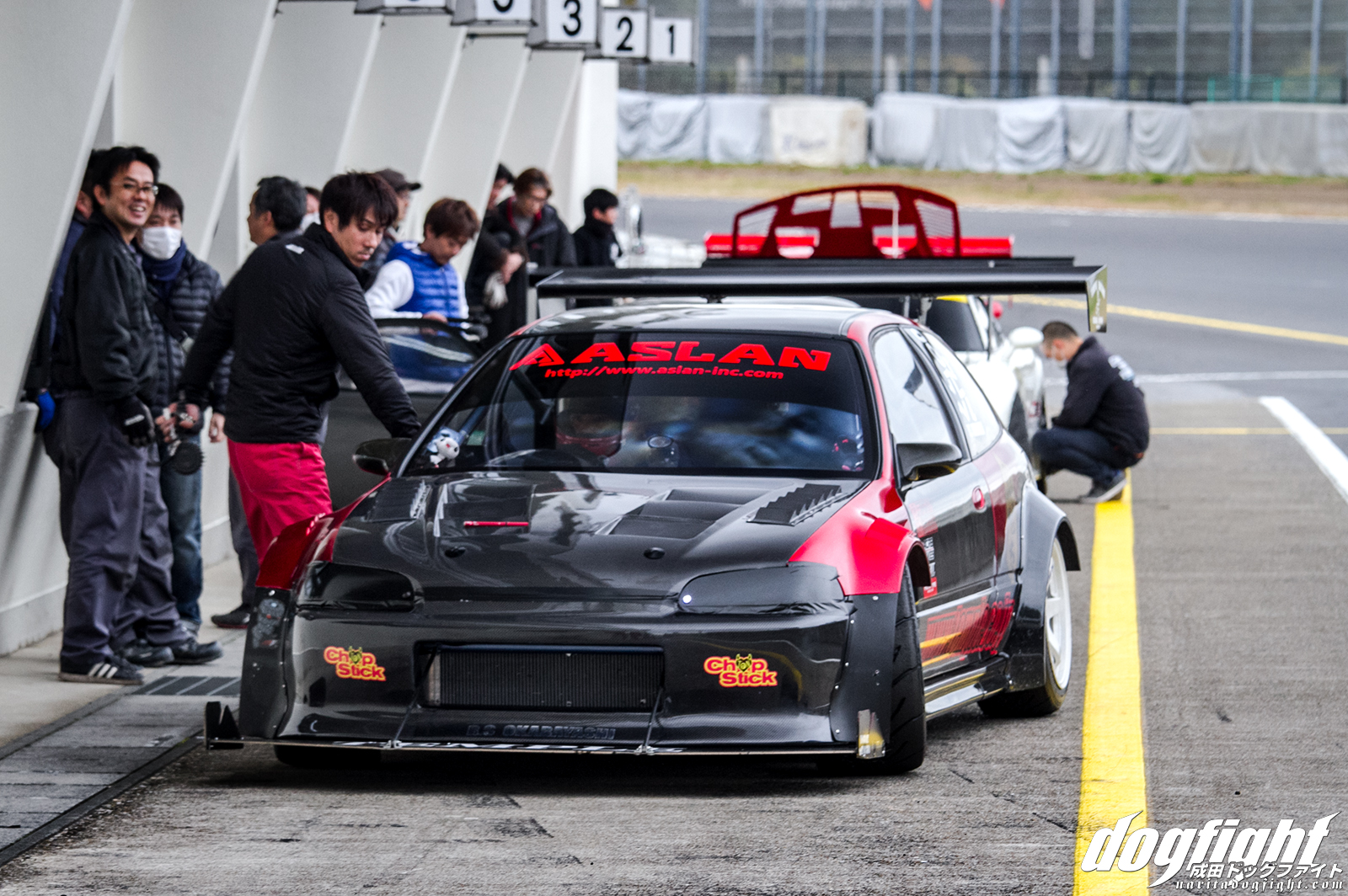 Ton’s, Aslan built EG6 with a turbo K-series netted a 57.848 for the day; I believe beating out his previous best. 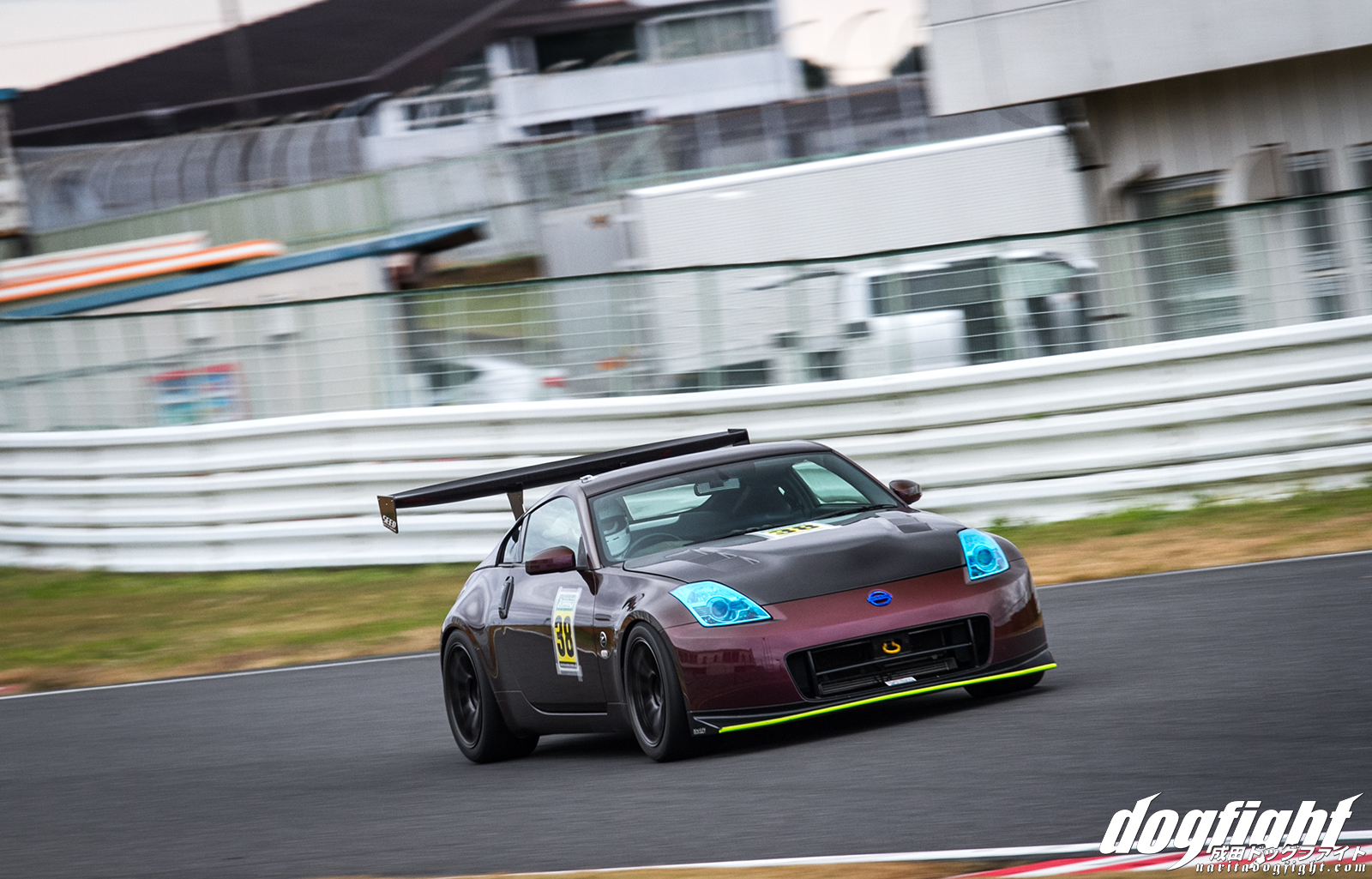 I liked this street Z33 build. 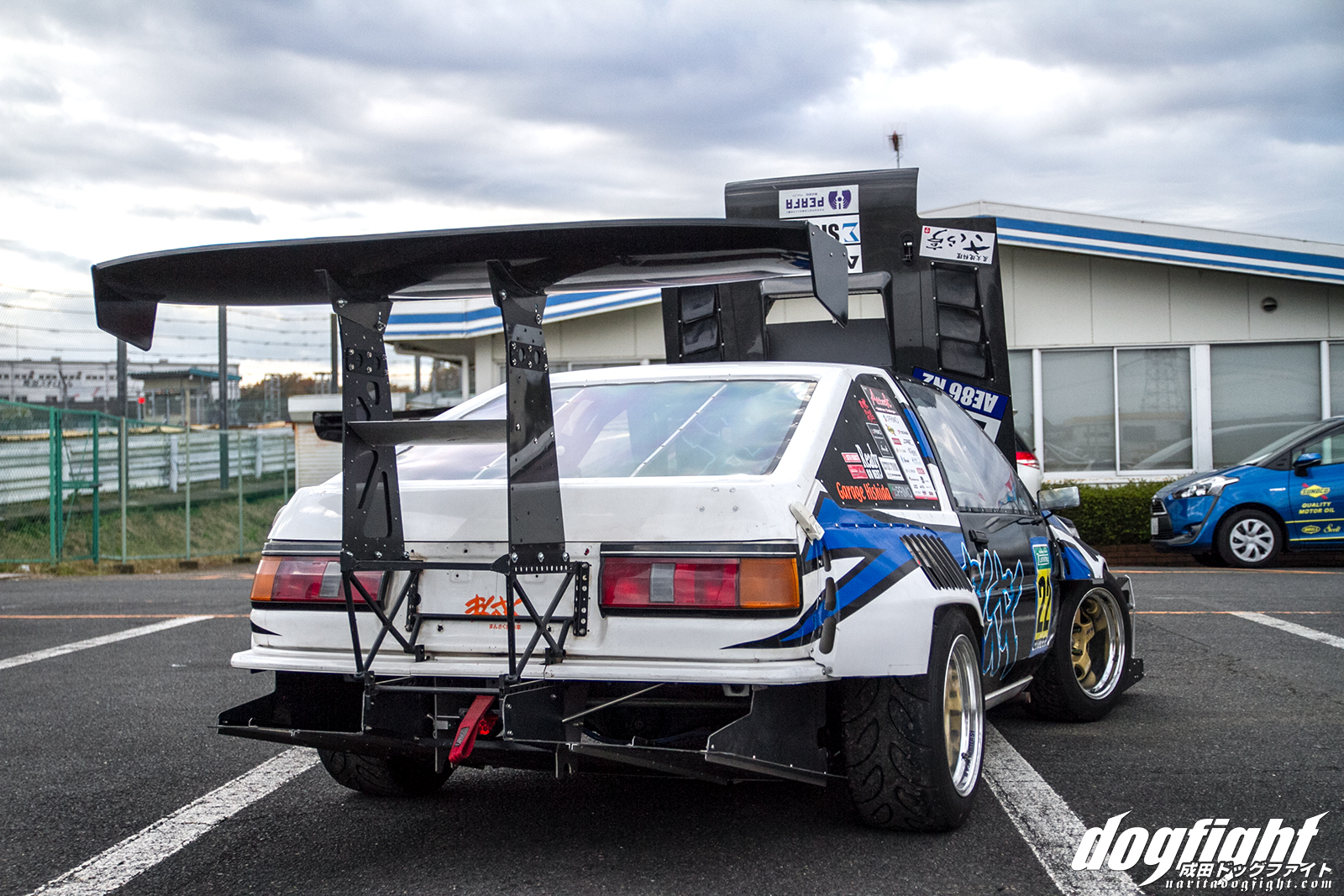 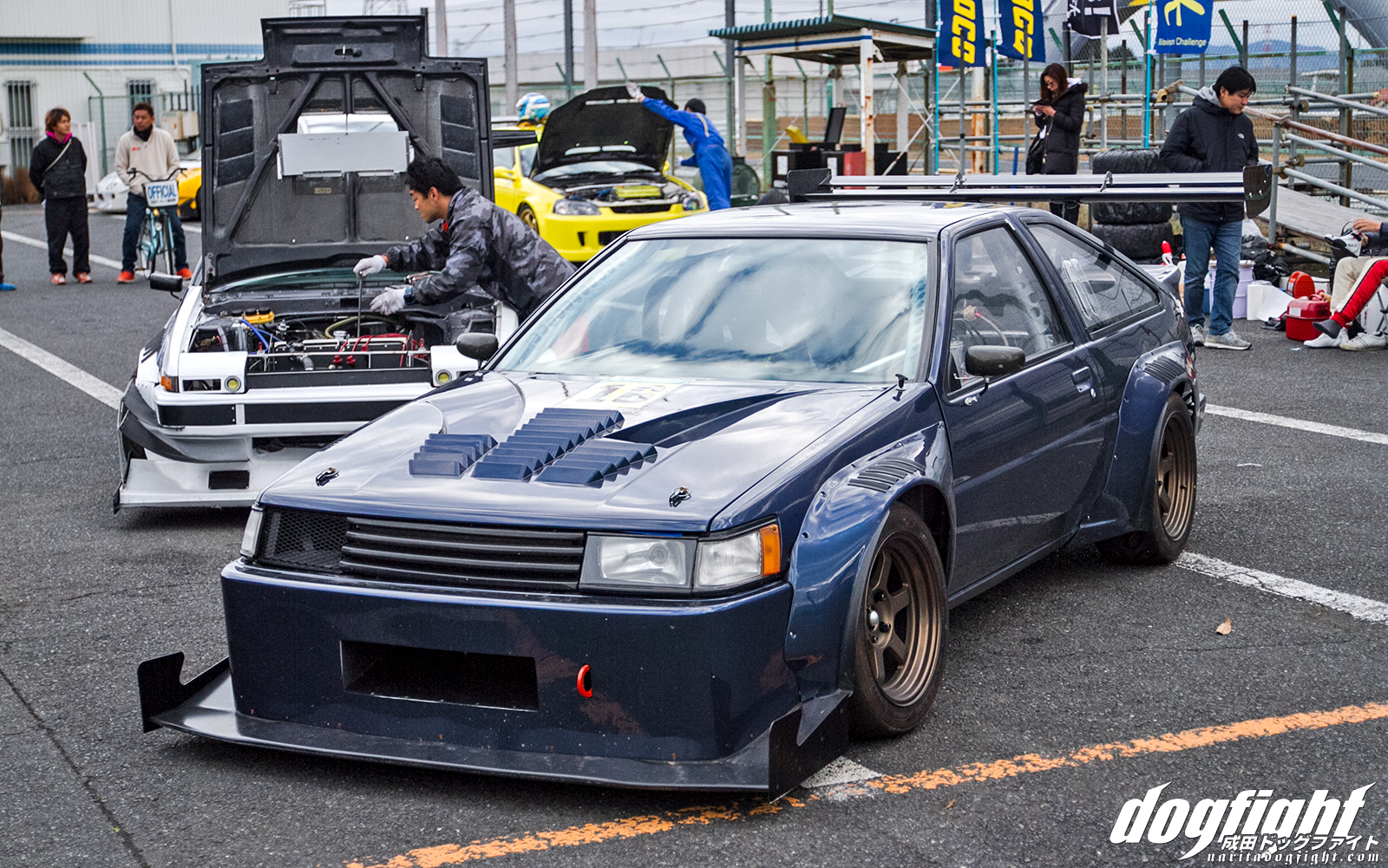 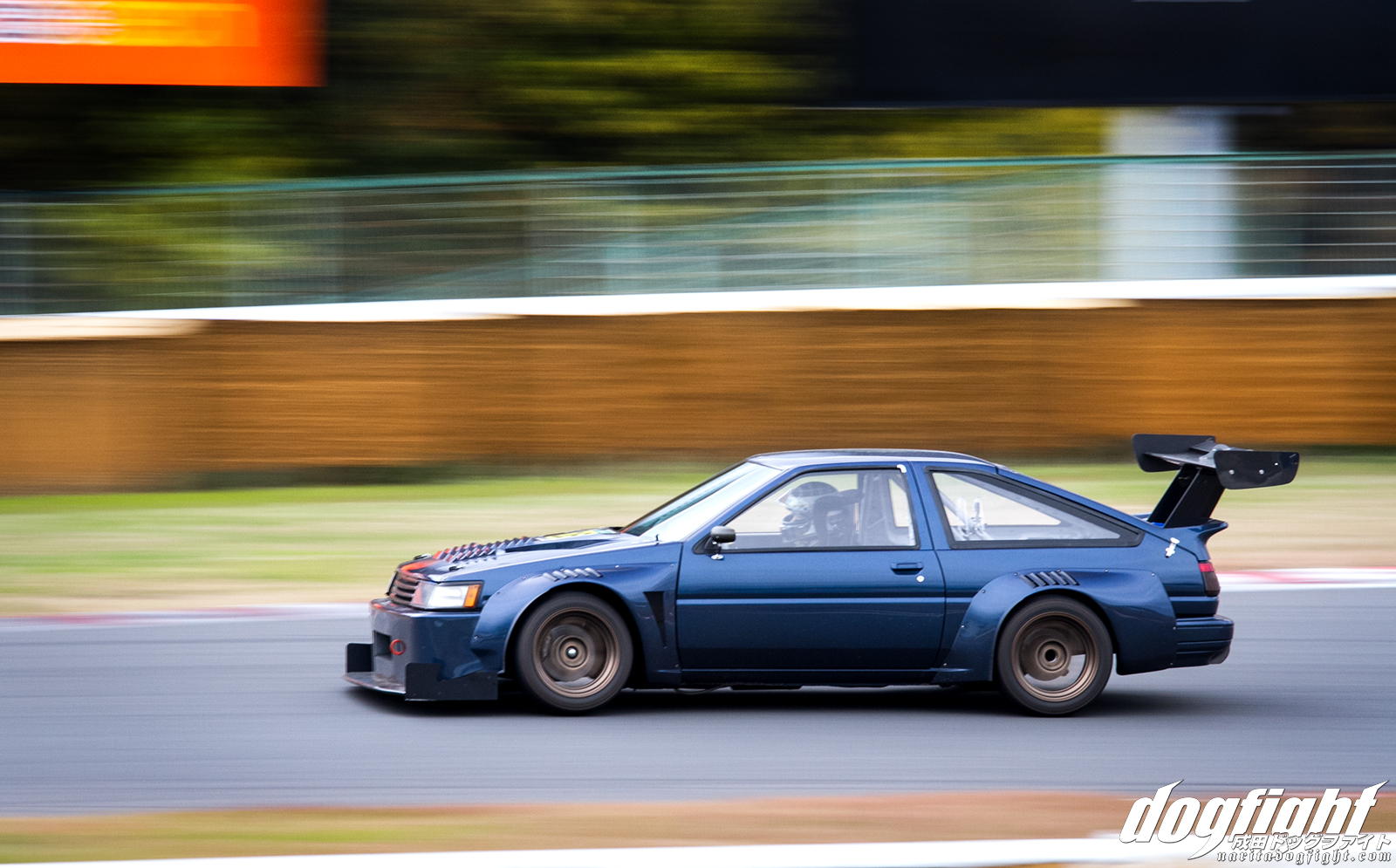 A few 86’s were in attendance as well.  While they didn’t break the minute barrier, the blue one was running very close. 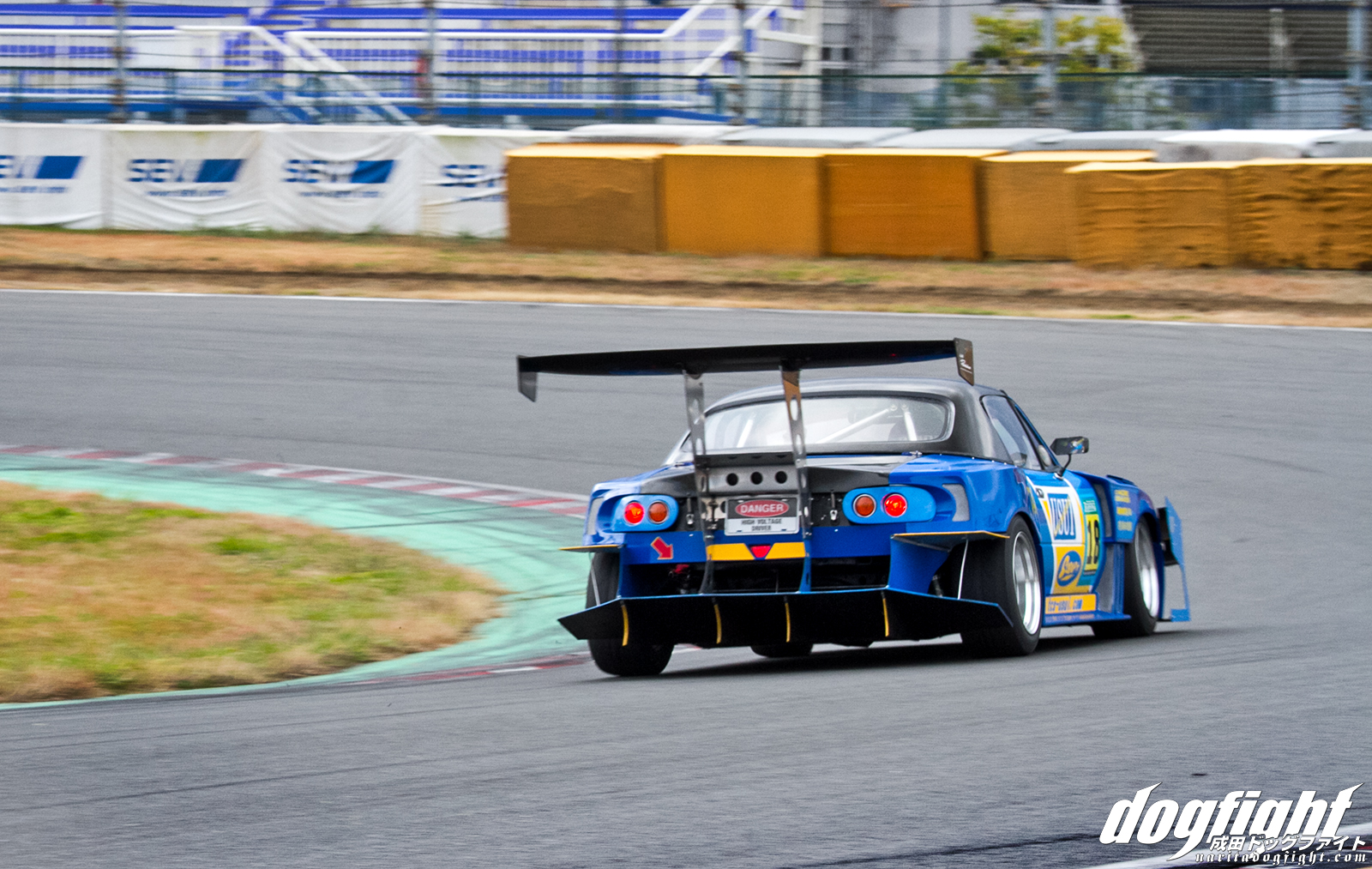 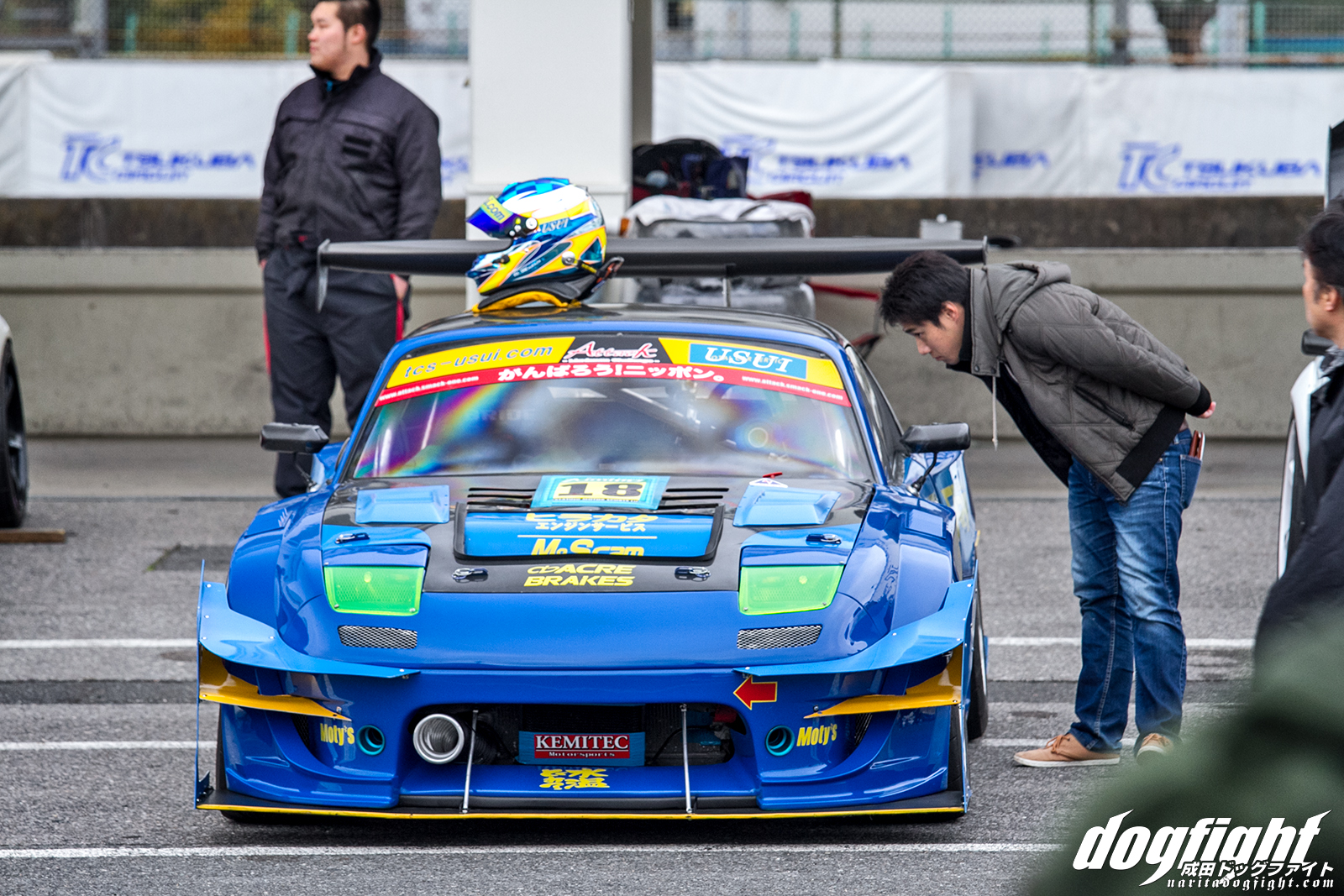 A car you’ve seen before here on the site, Usui’s Roadster has taken on a new look from last year.  Gone are the flares on stock body, and in their place a Garage Vary widebody clad in a blue paint.  A serious upgrade body-wise to the car, among others throughout the down-time.  He didn’t quite achieve the time he was going for, and has yet to break into sub-one minute lap times; but the season has just begun! 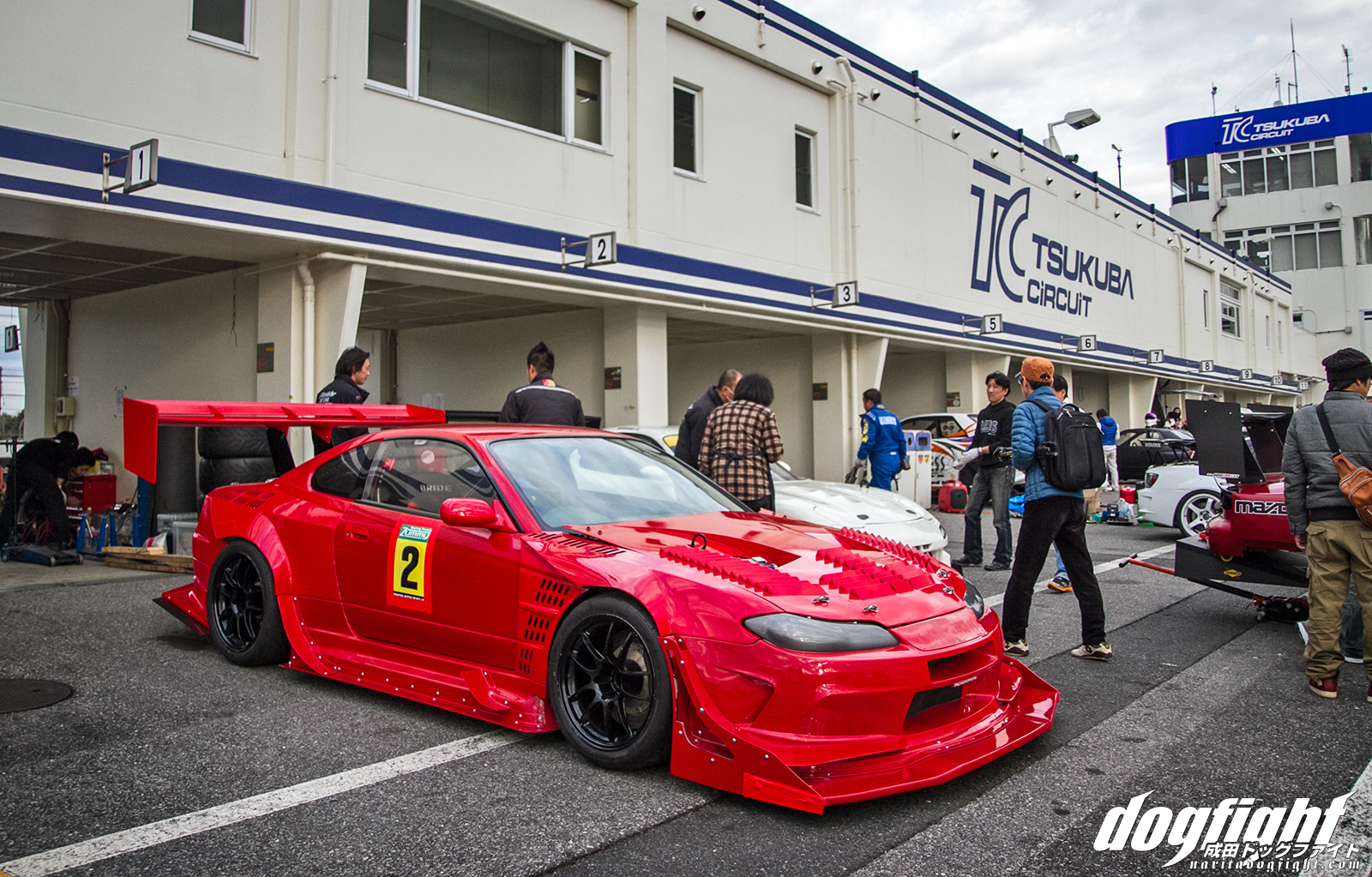 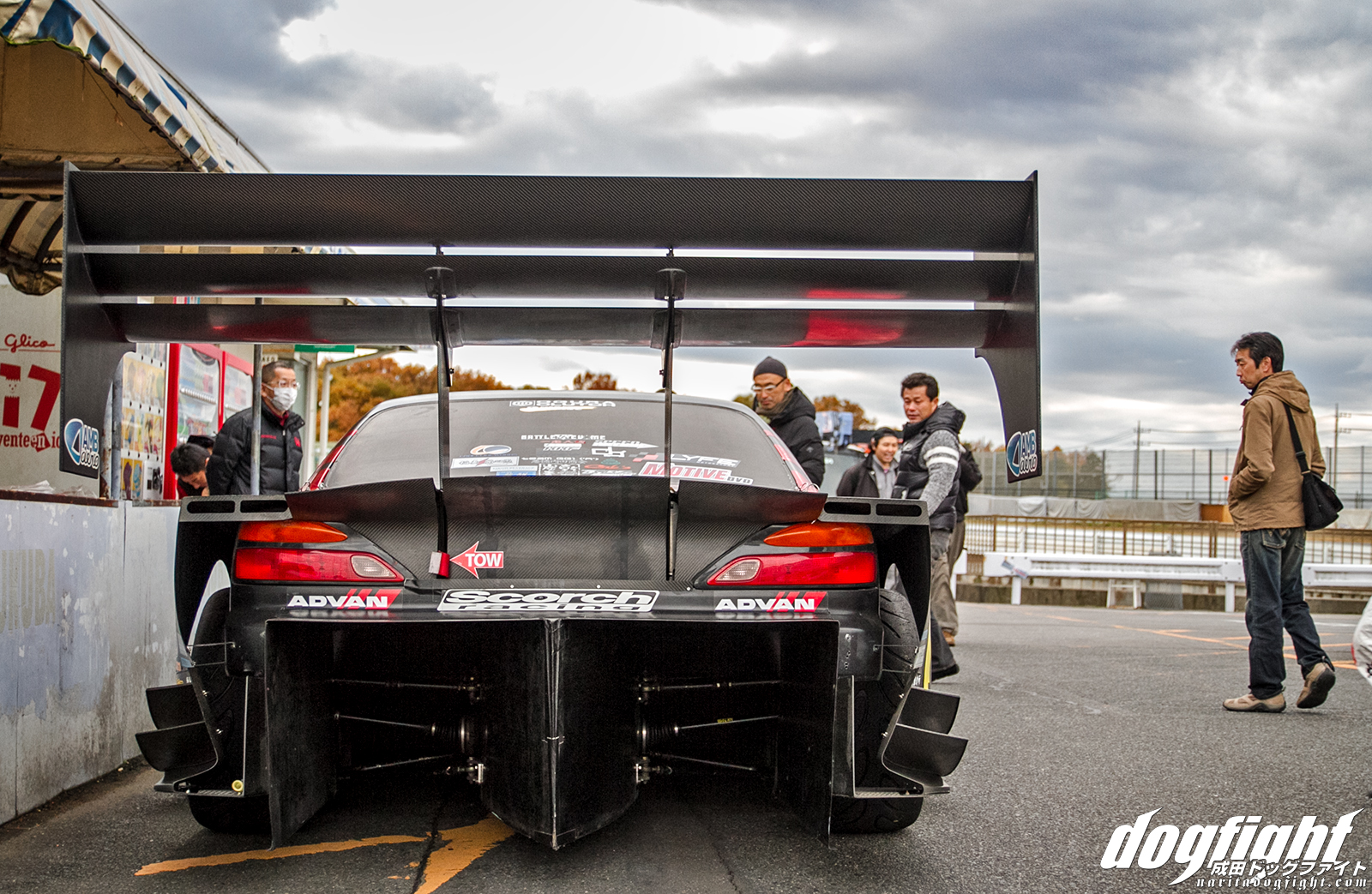 Two of the most notable cars in attendance happen to both be S15’s.  The Friends Racing Silvia makes a rather dramatic reappearance in it’s truest time attack form yet.  The 56.036 lap time it ran at this event was later topped with an amazing 53.821, making it a front runner for the season.  However impressive that may be, what trip to Tsukuba would be complete without the Meister of Japan; Suzuki Under.  Fresh from WTAC in Australia, his S15 took no time getting reacquainted with TC2000 and set the bar with a 52.045.  Just this past weekend though, Suzuki would go on to set yet another track record with a mind-shattering 50.746 as he reaches ever closer to breaking into the 49 second range.  Unbelievable.

If these first few weeks taught us anything, it’s that this should be an amazingly fun season of Attack.