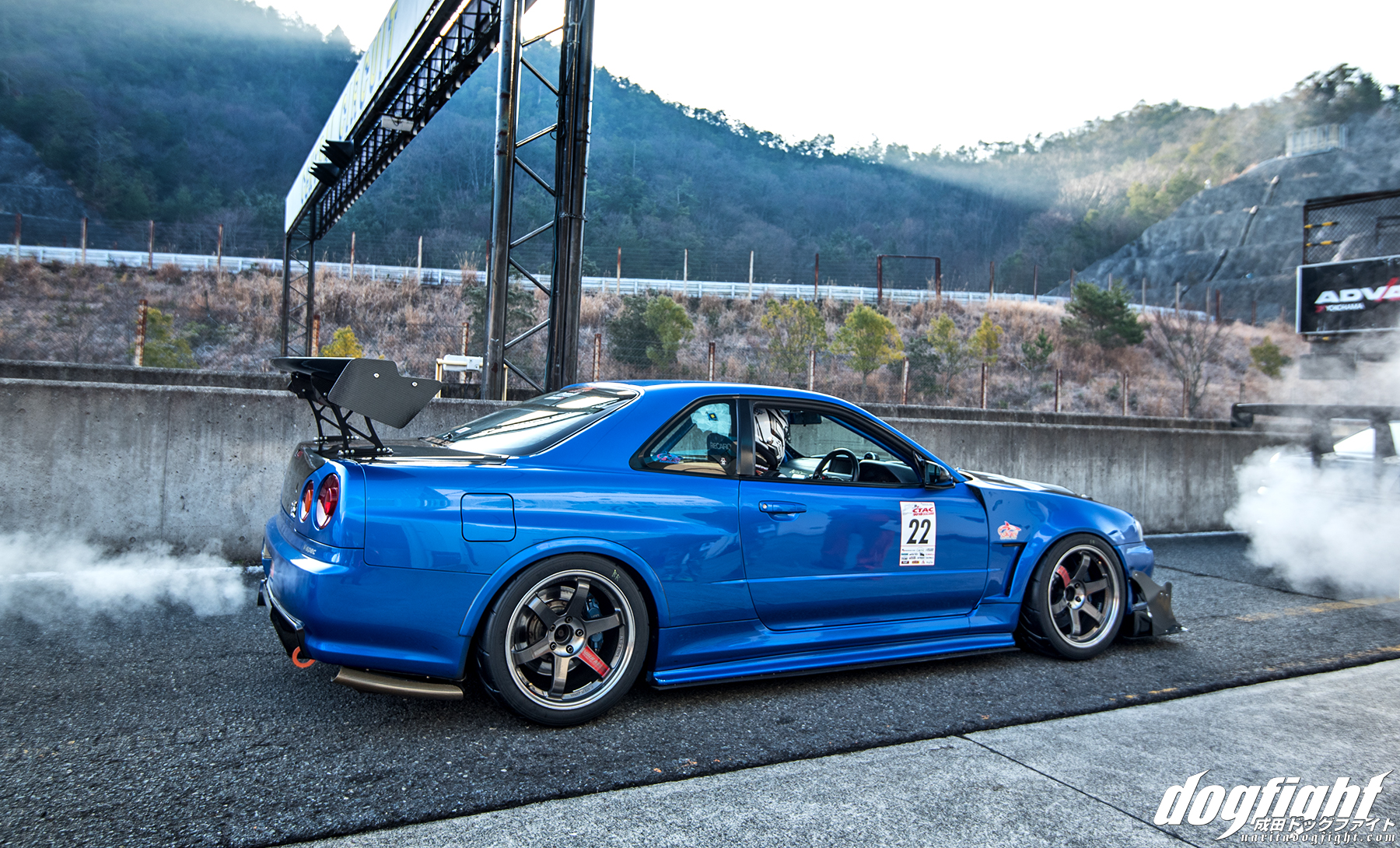 There’s something to be said about the privateers that push the limits of what they can achieve in a street-trimmed car.  When it comes to modifying cars, abiding by the restrictions of the state isn’t something most people are looking forward to doing.  However, there are those that don’t mind the constraints.  Those that look forward to the challenge, and prefer to have the convenience of a street car in addition to a car they can track regularly.  Tamiya-san’s entire ethos is to see how much he can push his GTR under these regulations.

When asked to comment on his build, Tamiya is quoted as saying:

“Although the car is not light, due to street specification, and the engine specification is also general, how much can you reduce your time and challenge your limits?”

Setting goals for yourself, all the while limiting yourself in how you can achieve them, is something fairly unique to motor sport.  Classing and regulation in time attack ensures that the driver’s skills are placed in the spotlight alongside their cars, and not just the capability of the car itself.  Auto Select has gathered years of experience in extracting performance from the GTR34 chassis, and Tamiya-san uses every bit of it in his campaign to push his car to it’s limits. 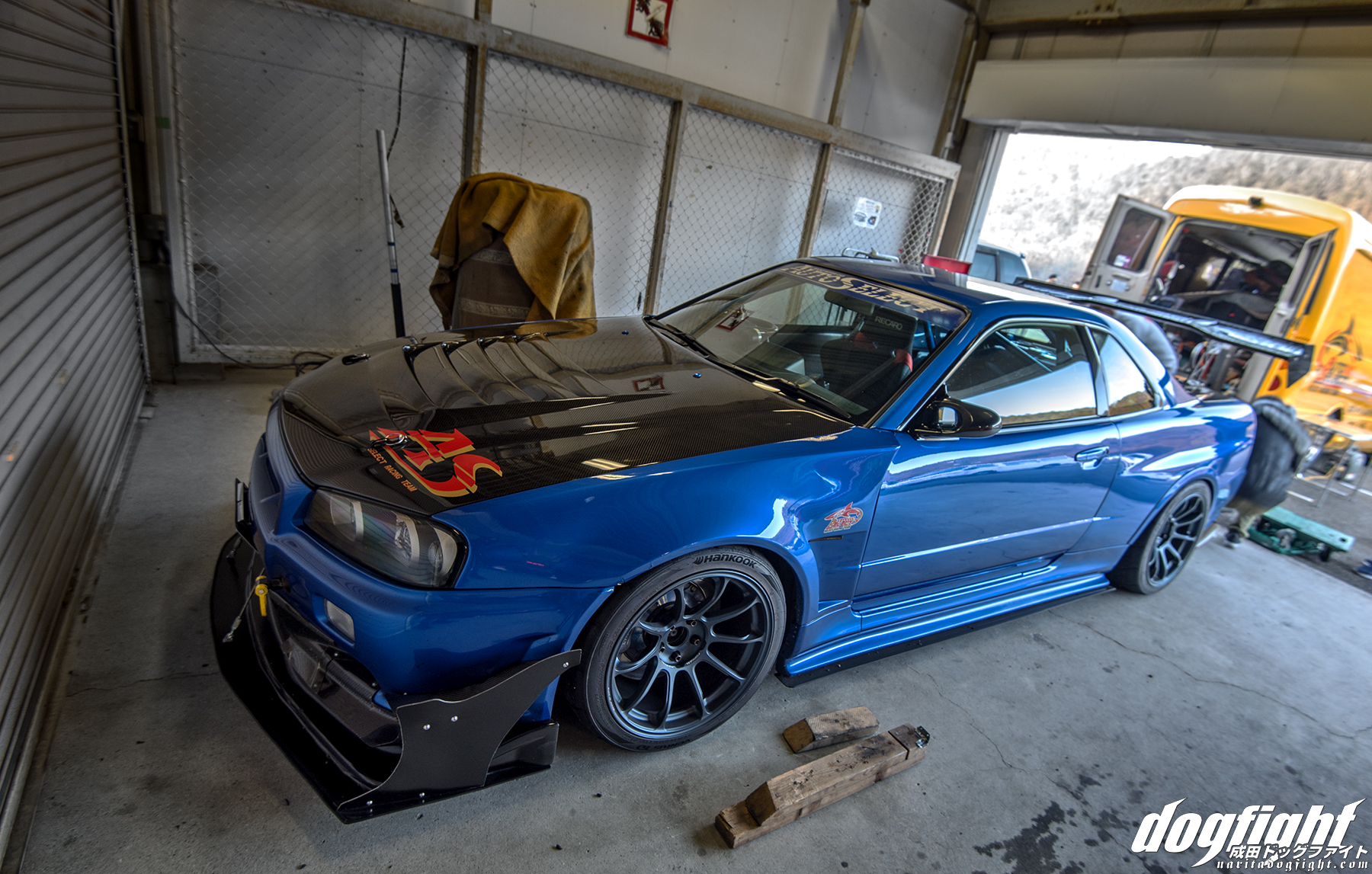 The AS built GTR boasts a now 2.8 liter RB series motor, complete with stroker kit and twin Apex’i AX53B60 turbines.  While not fully built, most people would consider the engine to be pretty modified.  With almost no weight reduction done to the car, Tamiya needed all he could get from the motor but still needed to comply with ‘shaken’ constraints.  At 3,480 pounds, the car is a bit of a pig… 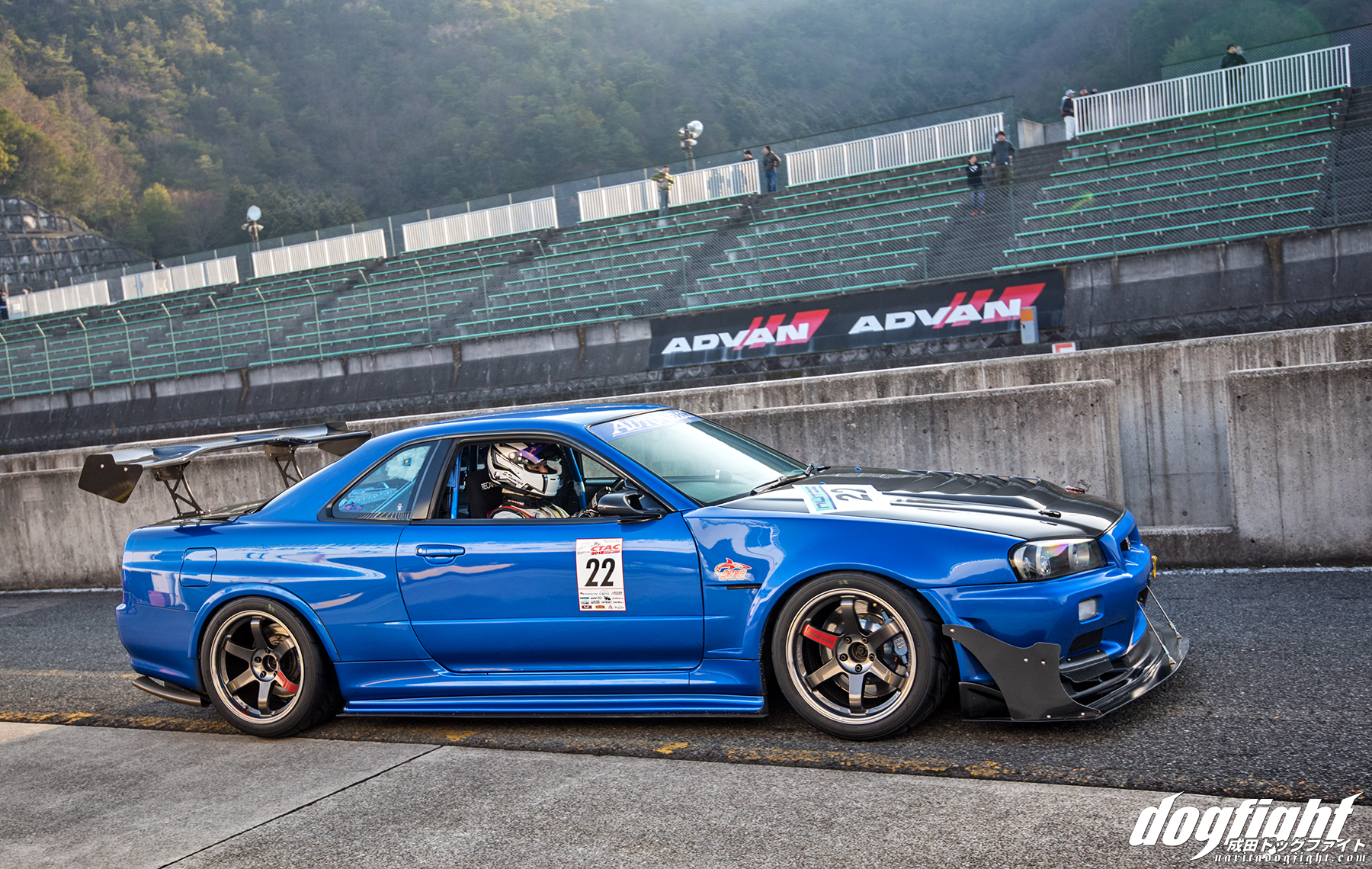 At CTAC, Tamiya did very well.  A best lap of 1’20.533 in the Vertex Turbo class placed him at 7th overall in the class – more importantly he beat his personal best at Central Circuit. 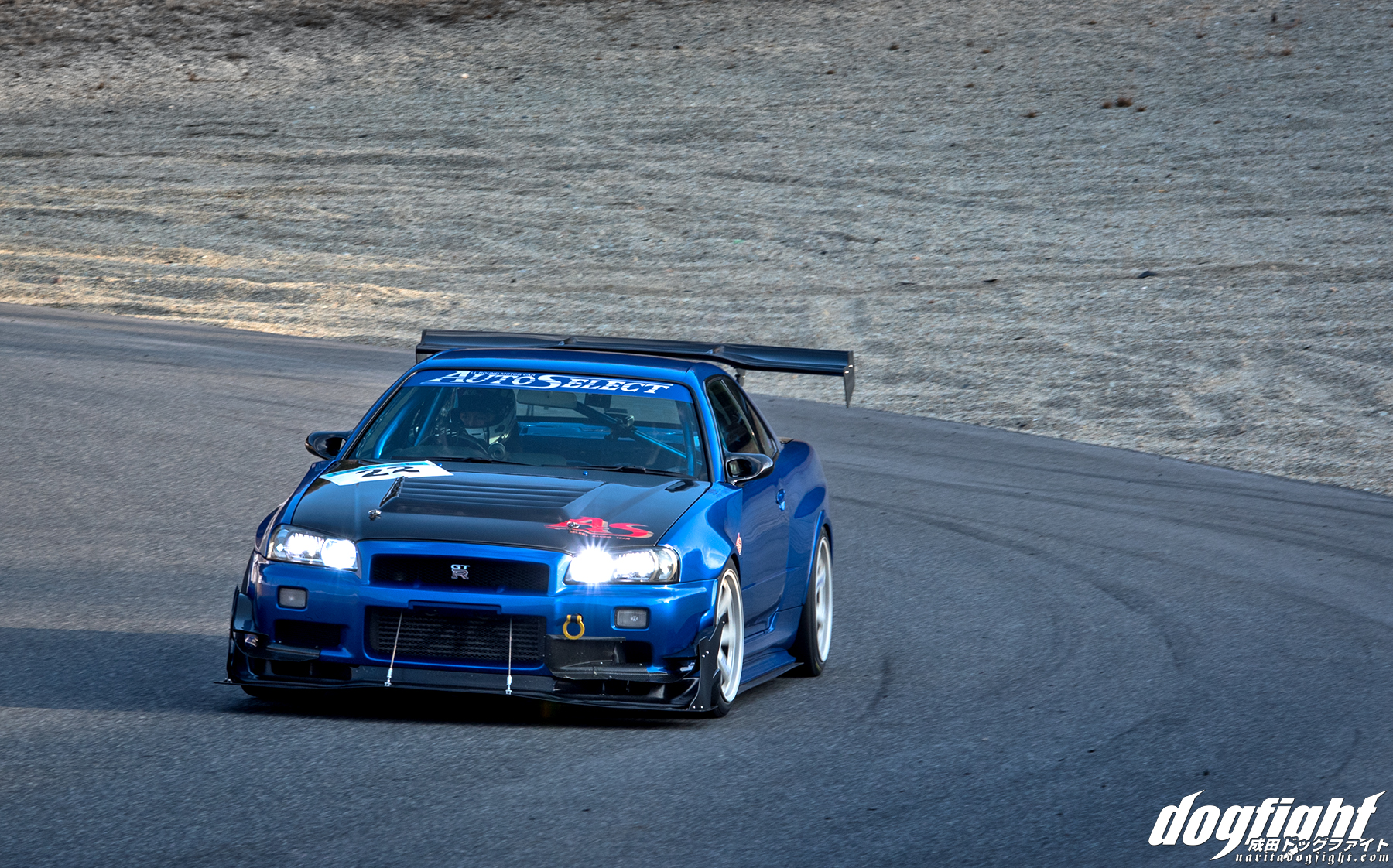 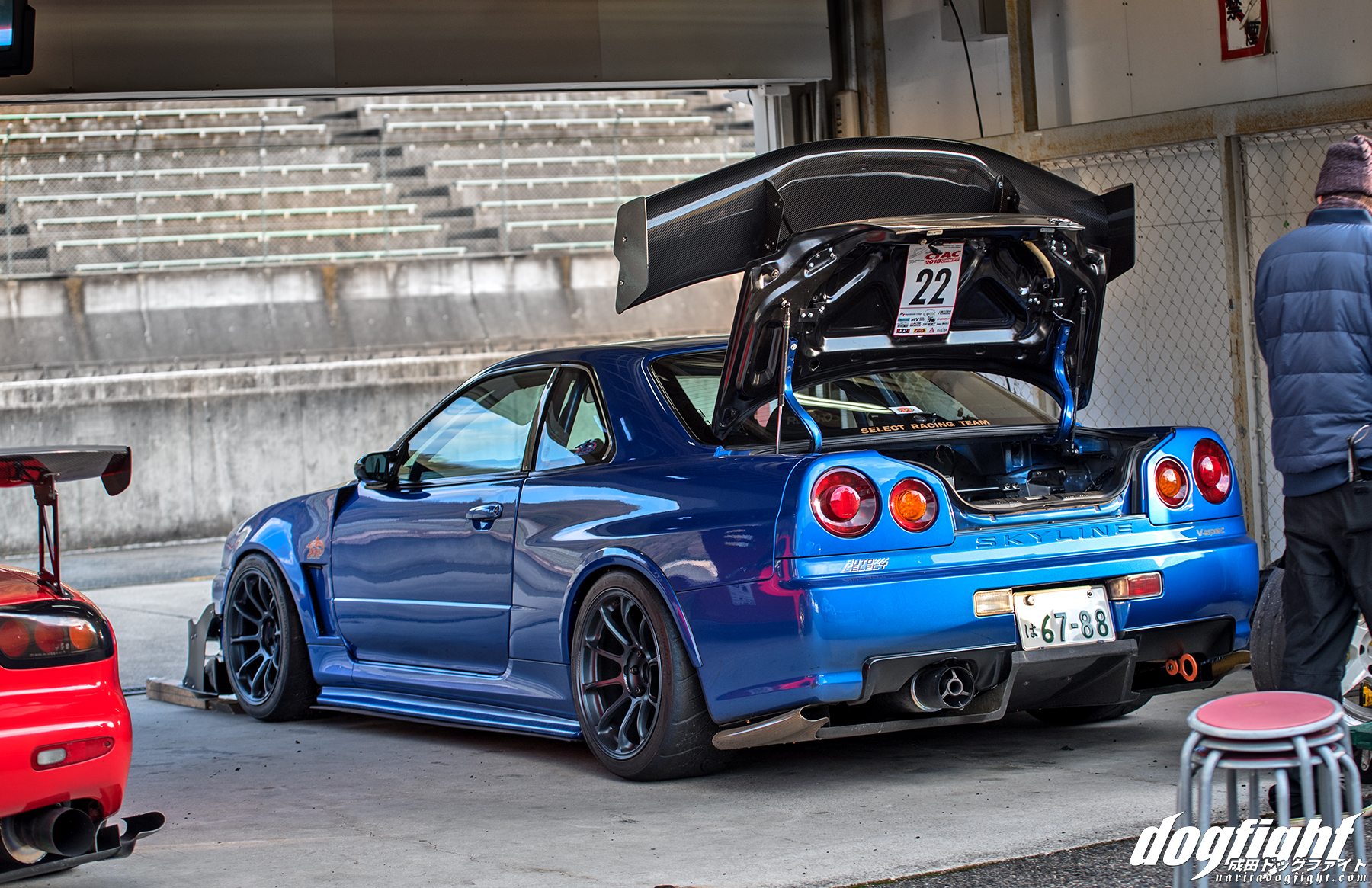 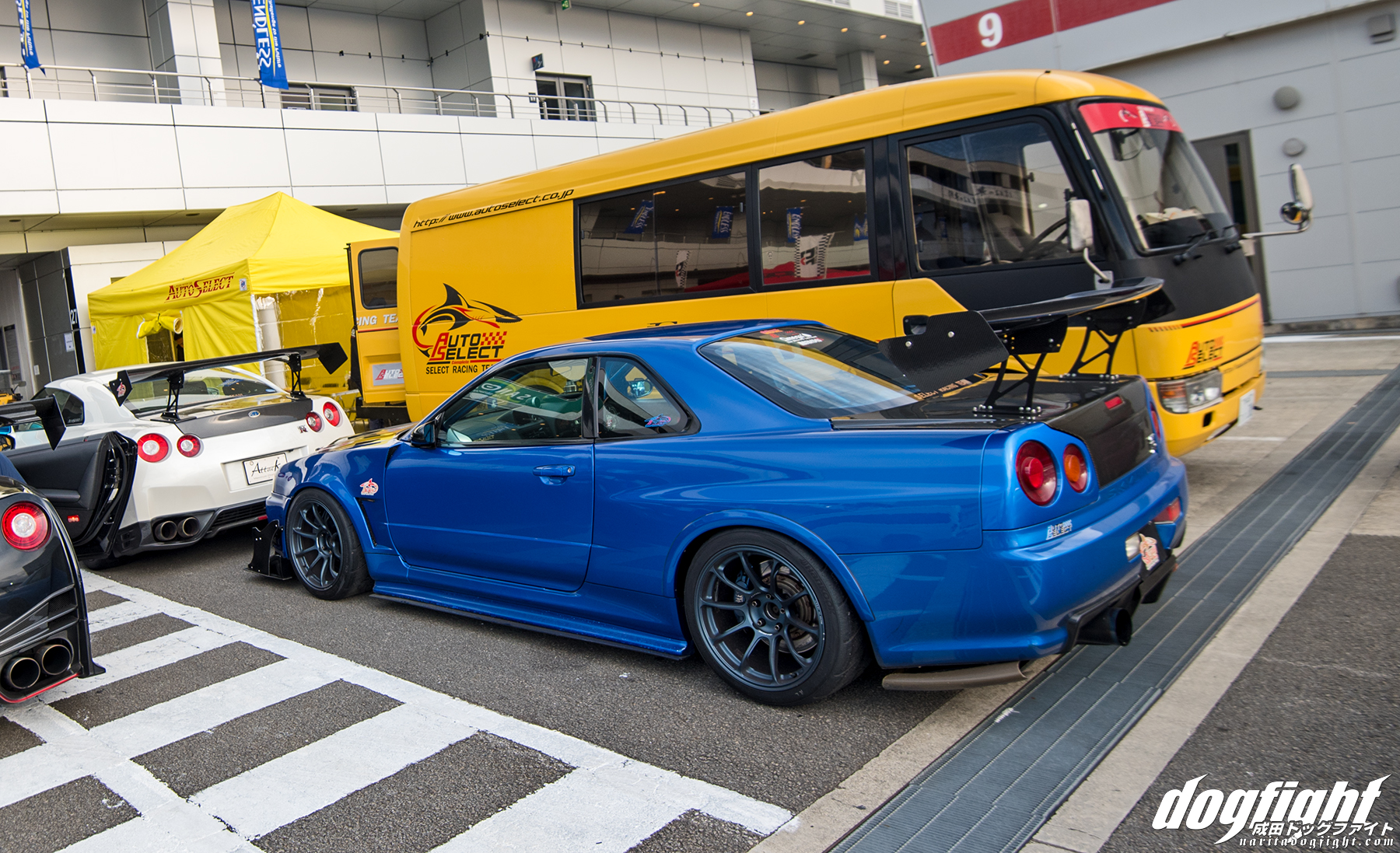 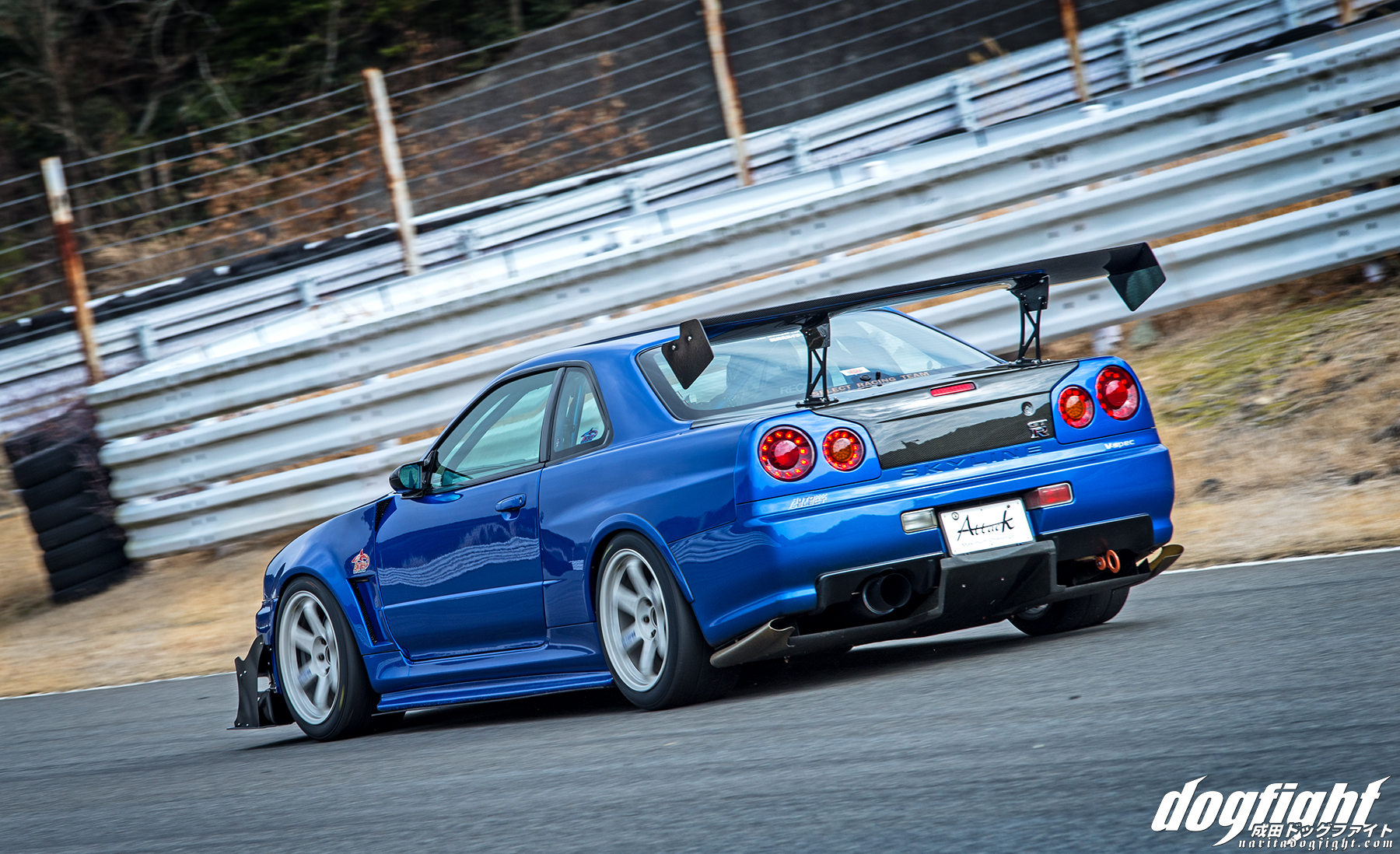