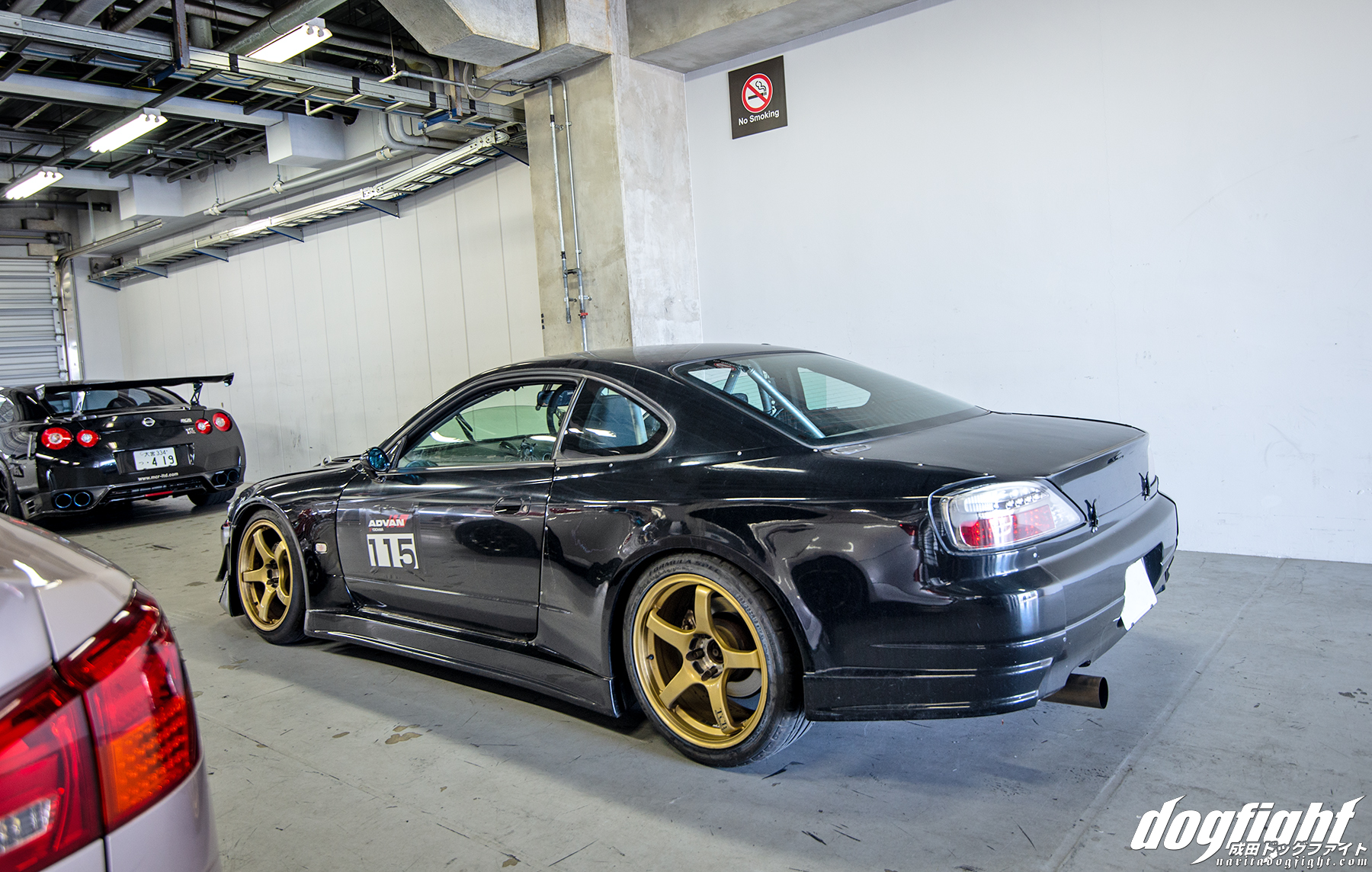 I’ve grown so accustomed to attending Attack events that highlight fully built race cars, that I often forget how much fun a street car that’s prepped for circuit racing can be.  This type of compromise is so prominent in both Japan and the US, as in most cases it’s not practical for the majority to own a dedicated race car.  I’ve recently acquired another Honda to build in this fashion, and it’s safe to say I’ve been on the lookout for street driven track cars.  I happened across this S15 at Fuji last weekend and was pretty taken by it, so I thought I’d post a few photos.

The feeling of enjoyment experienced when driving a sports car on the expressway or an open road is hard to match.  Confining yourself to only getting that excitement during track days seems unnecessary considering the ease of building a lightly modified street car.  This S15 was in the middle class run group and looked like the driver was having a lot of fun on track.  I only shot the Group A run group track-side, so I enjoyed the other run groups from out the window of the air conditioned restaurant in the paddock. 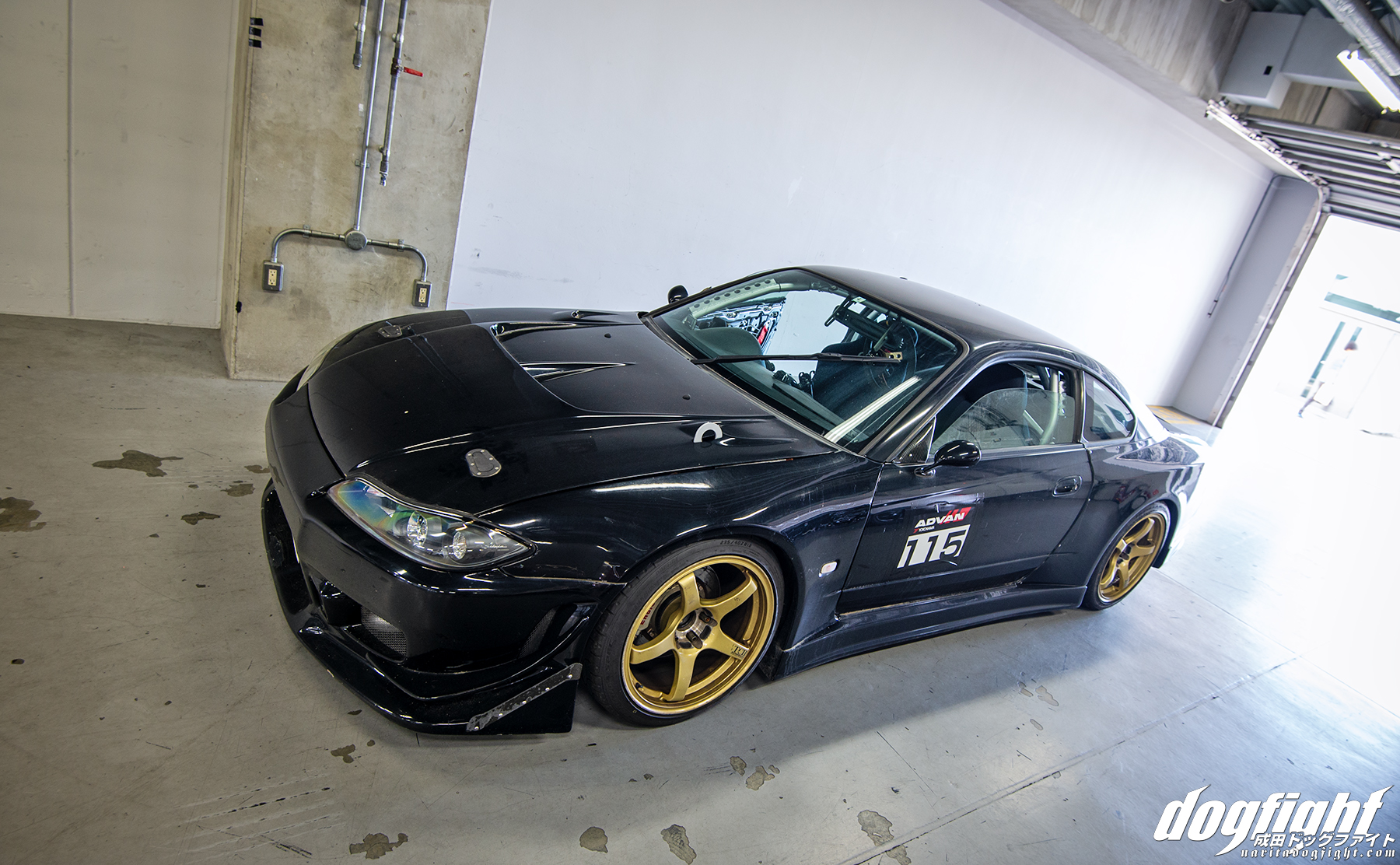 The C-West kit is still among my favorite for basically any chassis; I just really like their products.  On the Silvia, it fits the bill for a widened body that isn’t too aggressive for a daily driven car.  No other aero is attached, and that includes the trunk.  No wing, no diffusers, etc.  The vented hood with aerocatch, and tow hook on the shock tower are among the more assertive modifications, alluding to the time the car spends on track. 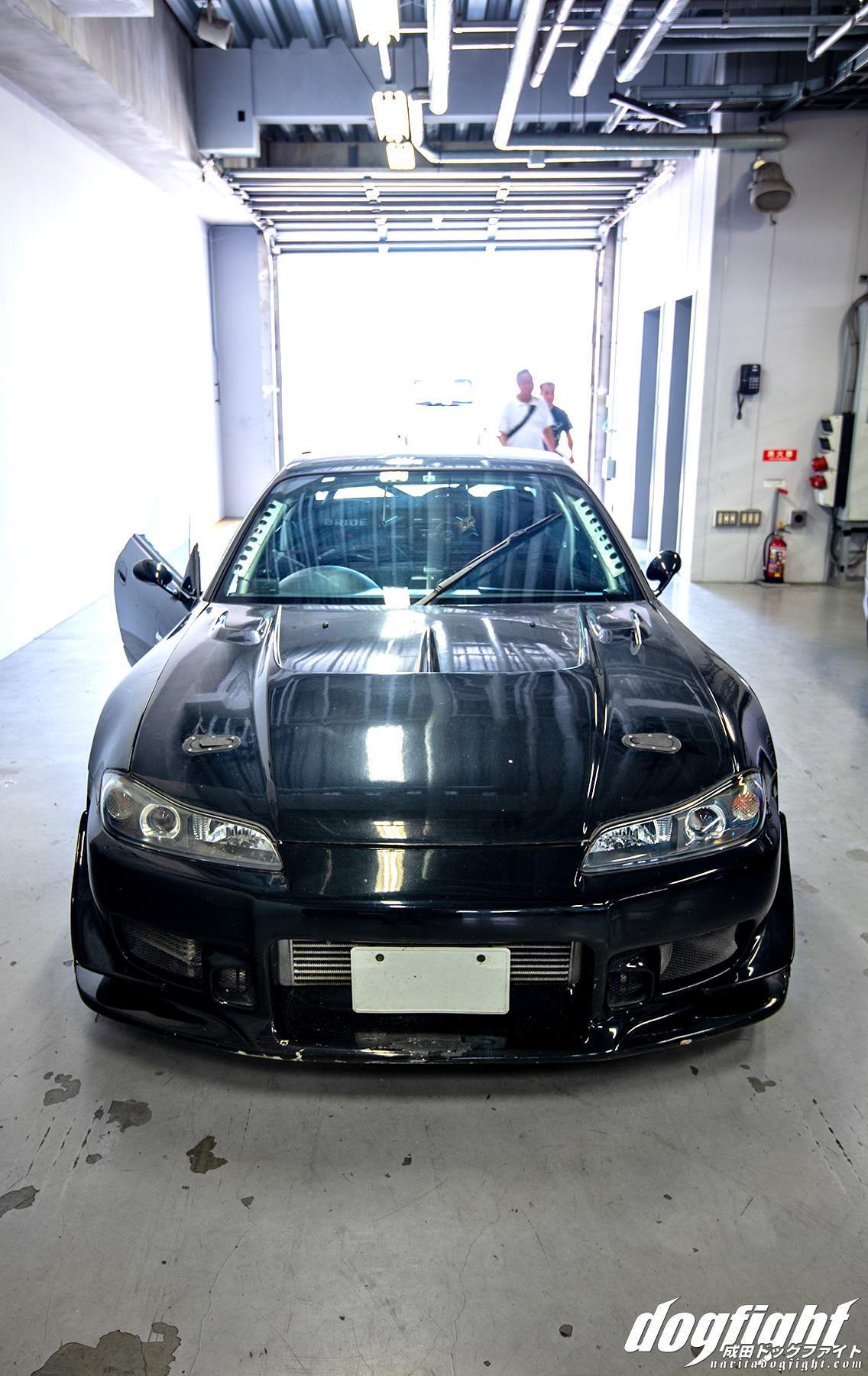 An aftermarket front mount intercooler takes up the entirety of the front bumper opening, and an oil cooler resides on the drivers side front.  The single wiper conversion and aftermarket side mirrors add a unique touch.

Gold, 18″ Advan TCII wheels sit at each corner and add a contrasted, period correct look to the car that rounds out it’s overall appearance. 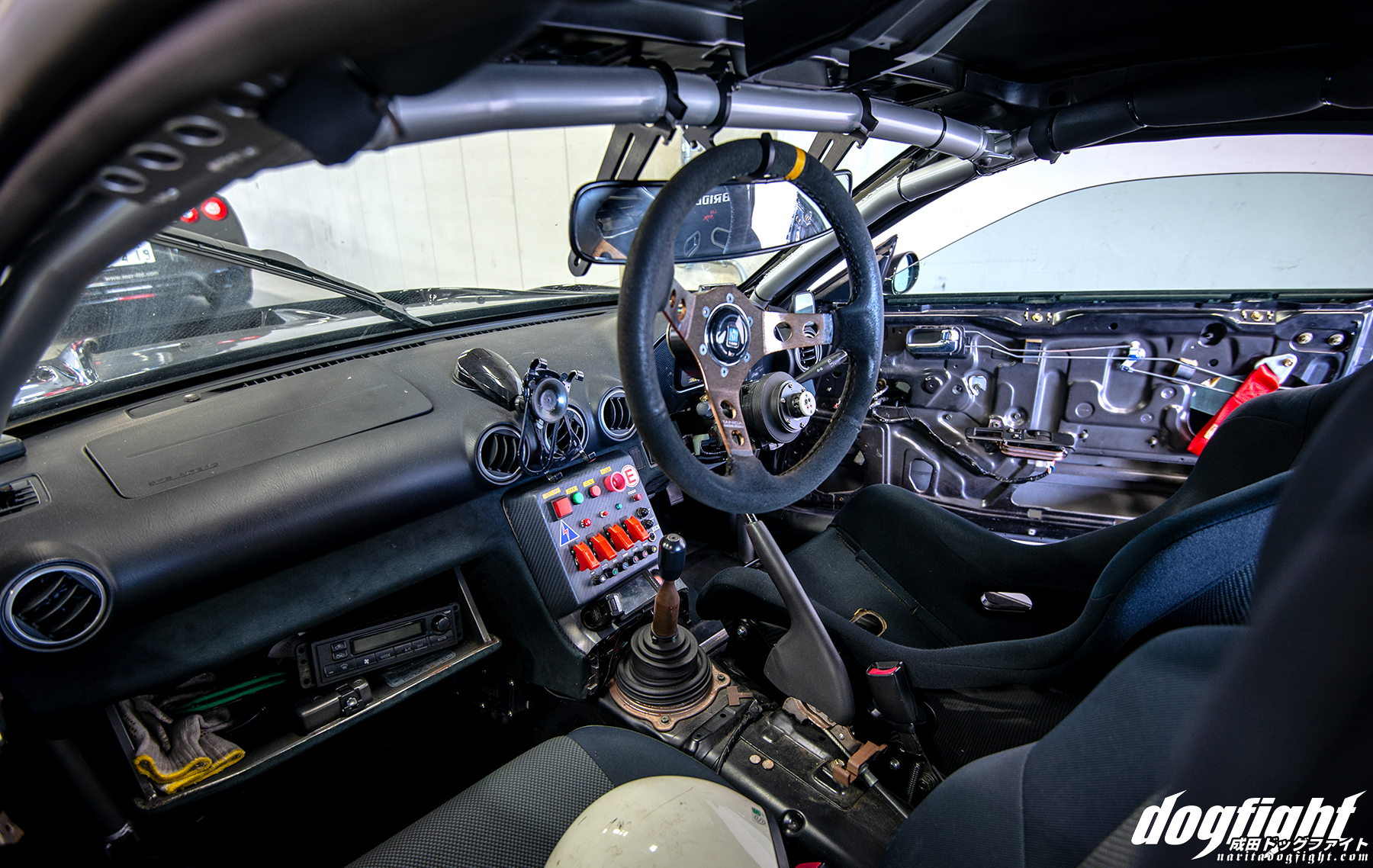 The interior is what really struck with me a good balance of street and track (albeit leaning a bit more towards track).  While this may be a bit overboard for most people, I think it’s pretty cool.  A full, gussted roll cage has been worked into the interior, and goes through the dash (as it should).  The OEM center console has been swapped for a custom switch panel, that seems to have been built very comprehensivley with breakers.  The owner still managed to keep the climate controls by relocating the entire unit into the glove box.  Air conditioning is a must! 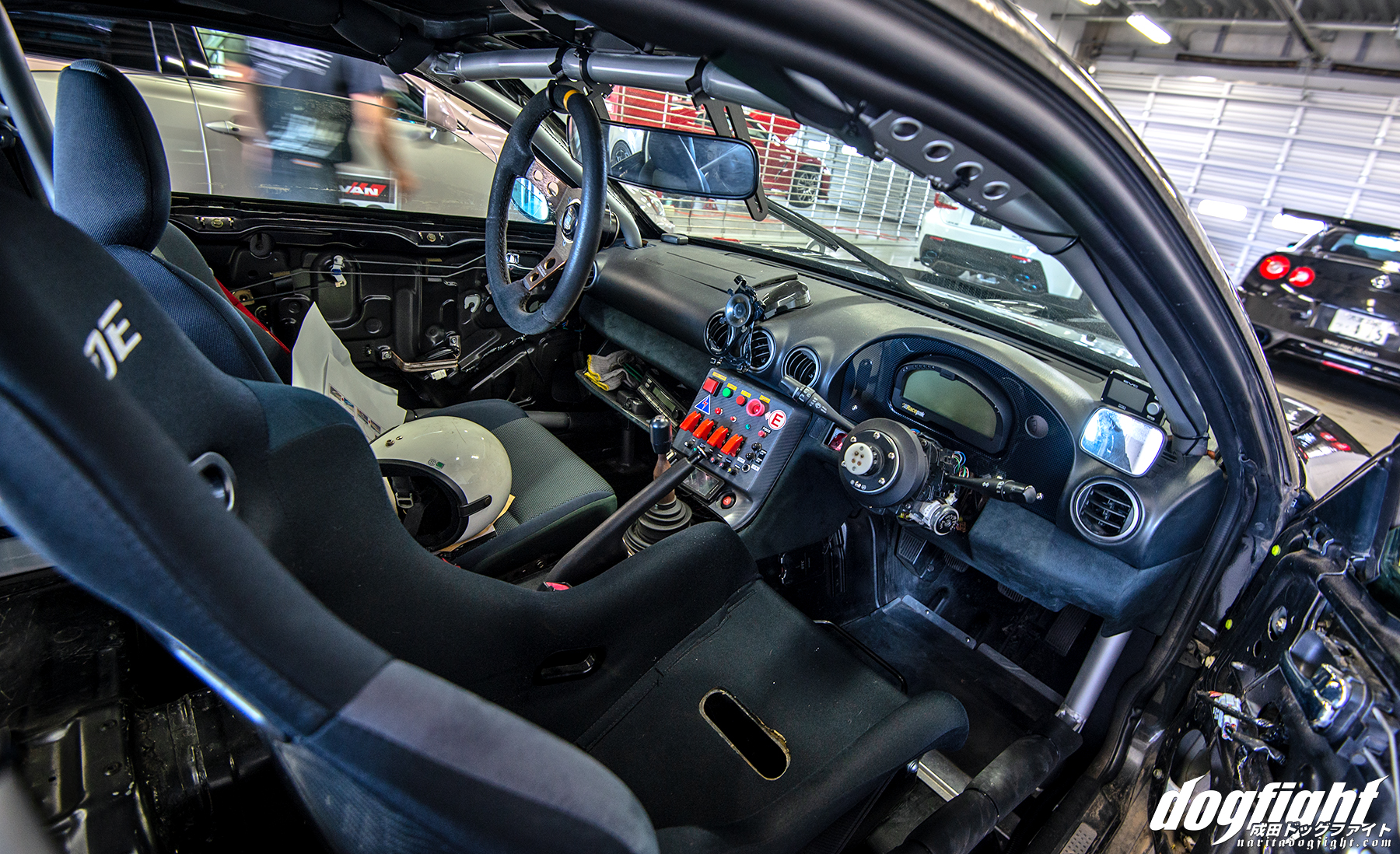 A single BRIDE fixed-back seat and OE passenger seat are the only pieces of interior that remain aside from the dash.  The stock cluster was replaced in favor of a Racepak dash giving the driver all the information he needs.e

The car looks like a blast to drive literally anywhere; at Fuji Speedway or to the grocery store.