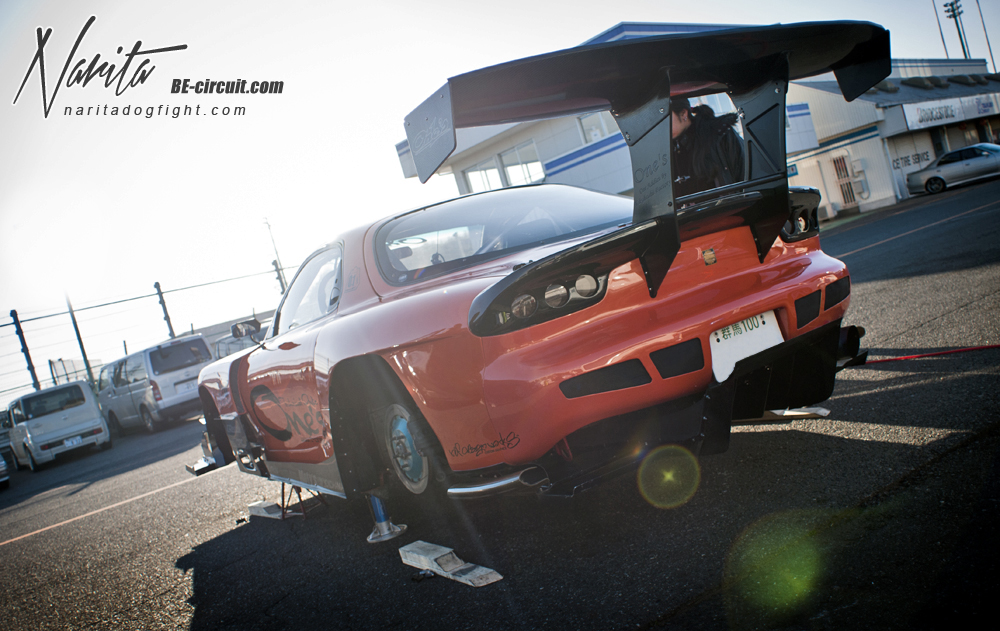 Battle Evome; the name itself invokes a sense of elitism and power.  The event, held at Tsukuba Circuit just 4 times a year, attracts the fastest of the street and privateer time attack cars across Japan.  Dozens of the best battle the clock on the TC2000 course with one purpose; to be the fastest. After we arrived on Sunday morning, we checked in at the media booth to sign our waivers and get our extraordinarily bright green press vests, just as the morning sun cast it’s warmth across the paddock.  The gates opened at 7am, so not all entrants had arrived yet, but there was one that stood out right away… …of course, the reigning king of Tsukuba; Under Suzuki. For the remaining hours before the track opened, the teams checked, and double checked all systems.  Although these are mostly privateers competing in street cars (and I use the term street loosely), there is no doubt that these machines are nothing short of full out race cars. Many of them looked more akin to hovercrafts than cars.  All four off the ground for ease of checking brakes and adjusting suspension. The T-One/Moty’s FD has always been a favorite of mine – to see it up close and on circuit was amazing. This particular event, the last one of the year, is popular among the teams down in Kyushu.  So, many of the cars you’ll see in the coming posts are not really from the Tokyo area.  Like the famed Kyushu-Danji NSX above, running it’s final checks before heading out for the first session. The Totomaru EVO8 is a great example of a street car.  Driven to the track, competing, and driven home. On the other hand, probably a more ridiculous example of a street car, is the 動くシケイン TFH EVO 6.5.  This is a street car, and I don’t really understand how…but I enjoy that fact that it is.  In fact, we followed it to the circuit from about halfway down the expressway. If you follow us on instagram, you’ll know that 赤ロールand his DeepGrip RE-Amemiya FD had my favorite canard setup of the day.  Not crazy over the top, but a very clean look, aggressive look. It’s not difficult to see that the most popular choice of TA car is easily the FD3S, as the paddock is literally filled with them.  Actually, about 1/3rd of Sunday’s entrants were RX-7’s. One car that I was pretty excited to see was Koji-san’s Nismo RPS13 180SX.  I posted a quick shot of this from our drive back to Tokyo, but look forward to a full feature.  Also, on that same note, instead of just photo bombing a bunch of ‘Event’ posts, I think I will make a close-up post of each of the cars there. Another shot of the Totomaru Evo8 with the Decide 326 R33 in the background.  The variety of chassis’ here was just awesome. ブリオ＆ゴキゲンジャー S13; the only S13 of the day.  I was happy to see at least one, as this chassis is among my favorite for grip.  The R33’s up front was a nice touch for the street. I hope you got a taste of what’s to come from Battle Evome.  Next post we’ll be heading out to circuit to see what these weapons can do flatout on track.