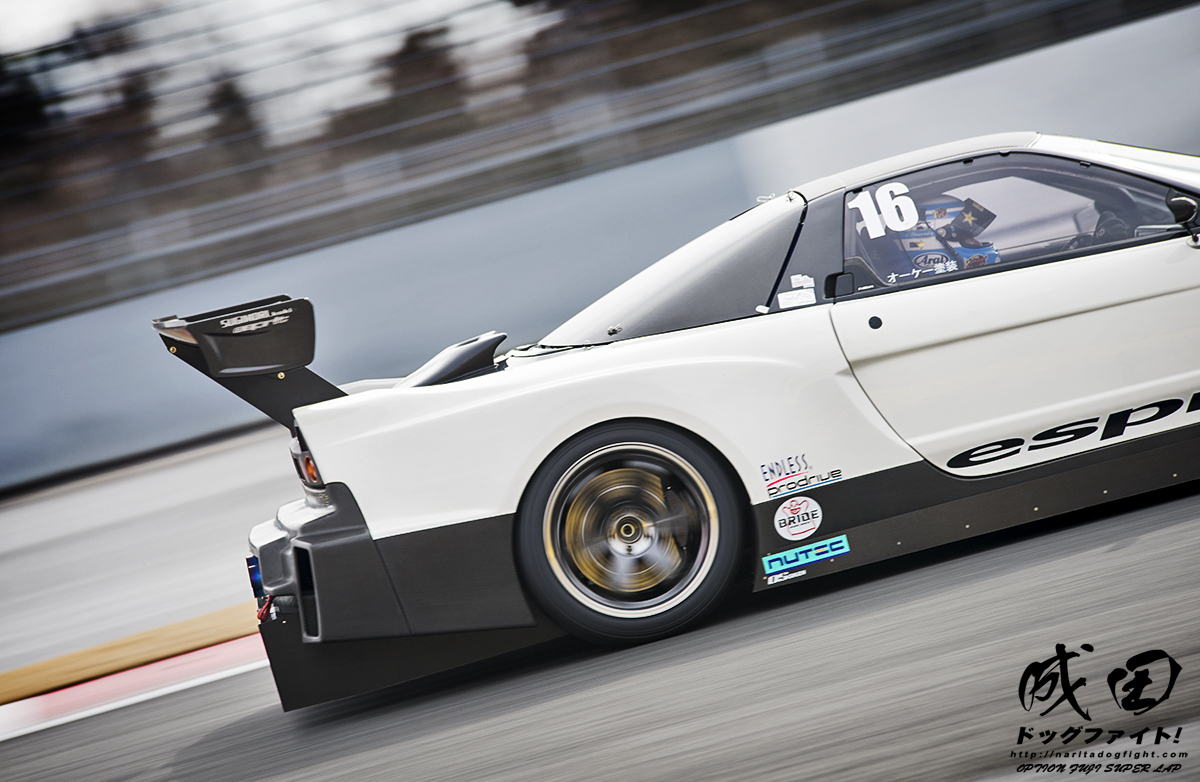 Well, to be honest with everyone, I’m kind of at a loss for words.  I’ve had so much going on that I completely forgot to finish posting the second half of Super Lap Battle from Premium Day.  It’s been just about 3 months since the event and I was a little torn about whether or not to post the remainder up or not.  I suppose I should though, as the builds that competed in the event are timeless.  There’s something strange about posting 3 month old stuff though – if there is one saving grace it’s that these cars haven’t really been active too much since Super Lap Battle.

Just like in the first Results post, I’ll do my best to add a little bio on each car and include their lap times for the day.  If you’re new to the event, or this coverage in general as there wasn’t much offered online this year, you can check out the olders posts here, and here as well.  Lot’s of iconic time attack cars here…

As I mentioned in the previous posts, this particular morning was pretty chilly.  You could see a nice layer of snow being blown atop Fuji throughout the afternoon as well, in case for some reason you forgot just how cold it was… The TF GT1000 Kamikaze GTR basking in the flow of the afternoon sun.  Finished for the day, pulling a fast lap of 1’44.051 around Fuji.  Actually, this car is on the cover of the new Import Tuner magazine if you’re interested in learning more you should scoop it up. The Wacky Mate FD3S heading out to challenge the circuit.  The 480ps company demo car managed a 1’55.115; which seems somewhat slow, but from what I’ve read apparently they were having some setup issues. The Reverse 32 uses a pair of GT2530 turbines to propel itself around circuit.  1’50 flat is still extremely quick! A crowd favorite, Garage Mak’s bossman’s HKS GTS8550 supercharged Z33.  This thing was loud!  It was also sporting some crazy wide wheels – so much so that everyone kept mentioning them.  18x11j TE37SL’s, and then later in the day switching to Enkeis. Setting a personal best of 1’50.122 for the day, the Garage Mak team was extremely happy. Cool to see it in action!  NDF is actually teaming up with Garage Mak for some neat stuff towards the end of Summer – stay tuned if you’re a fan of both! I’m not too sure who was driving this R33 – the only R33 that was on the list that HKS gave me was a Cockpit one, but the Auto Select guys were working on this one…so, not too sure.  The Cockpit R34 was in a separate garage. Matt came with Sekinei and I… …and I locked him in the bathroom.  He is actually still in there… All hail our supreme savior; the bearer of sovereign justice, the unmatched, the crowning achievement of technical fine tuning, unsurpassed in aesthetic – The Esprit NSX. 780ps C30A, powered by dual HKS GTII Turbines, was driven to a blindingly quick 1’43.039 by none other than Tarzan himself.  The Esprit aero package is quite incredible… Our friends at Pro Shop Fukuoh managed a very respectable 1’47.647 in their mildy tuned FD3S.  This build is super cool; utilizing a single HKS T04Z, the rotary engine pumps out a mild 580ps.  On the lower end of the scale compared to it’s competitors, and still managing a quicker time.  There’s actually a couple more prints of this car left to purchase in the NDF Store if interested. …and claim victory it did; by a long shot.  Read more about it in the previous coverage.  The updates this car is getting for WTAC are nothing short of incredible.  I posted a link on the NDF FB page recently with some updates in the wind tunnel. One of the exhibitions was this ‘S Tai’ GT3 BMW.  NOB took it out for a couple laps… …Speaking of NOB, I got really close to him.  Like, I almost just touched his arm for the hell of it…maybe some of his aura would rub off on me.  He was pretty busy throughout the day as many of the companies involved hired him to pilot their builds. One of the many cars being the HKS Racing Performer 86 RS-2 GT 86; which was driven in the 86/BRZ Challenge portion of the day.  Another build to fall into the ‘twin-charging’ craze, it’s powered by both a HKS GT Supercharger, as well as a GTII7867 turbocharger.  The engine has also been stroked to 2.1 liters, bringing the power level up to an amazing 580ps.  NOB managed a time of 1’53.989, beating out quite a few of the Super Lap builds. There were a couple other really cool 86’s participating int he challenge as well.  The Bride/Esprit build was one of my favorites; coincidentally, it was also the fastest with a time of 1’51.885.  Seeing as it has almost half the power the HKS 86 has, it just goes to show that power isn’t everything.  But it DOES tell us that ‘looks’ is everything because this car looks much better than the HKS one…and it’s faster…so…yeah.  Logic. Trial ZN6 pulled a 1’58.972 and also won for the lowest car on track award.  I’m not sure if the HKS GTS7040L produced so much power that it squatted on every corner exit, or if the rear springs on the HKS Hipermax coilovers were just really soft or something.  Looked cool though – and I liked the blue spoke on the TE’s. Cockpit Tatebayashi build was left basically stock aside from an HKS Supercharger kit and some suspension bits.  Going for a more street oriented demonstration, the car clocked in at 2’09.309. Well, I think that about does it for Super Lap.  Again, I apologize that it took so long!  2014 has been a pretty crazy year so far – I hope it get’s even crazier!  If it does I’ll do my best not to forget stuff like this…