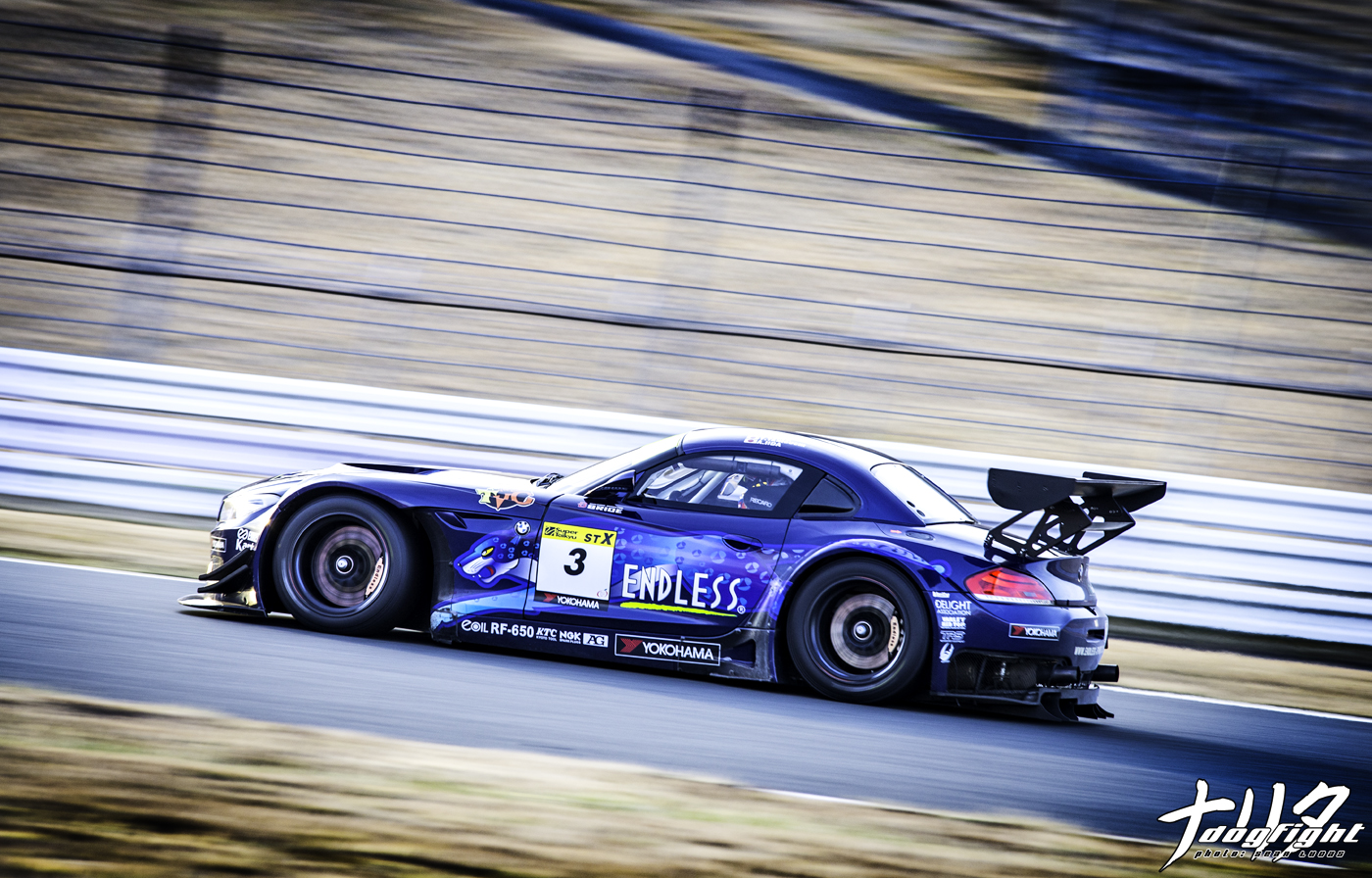 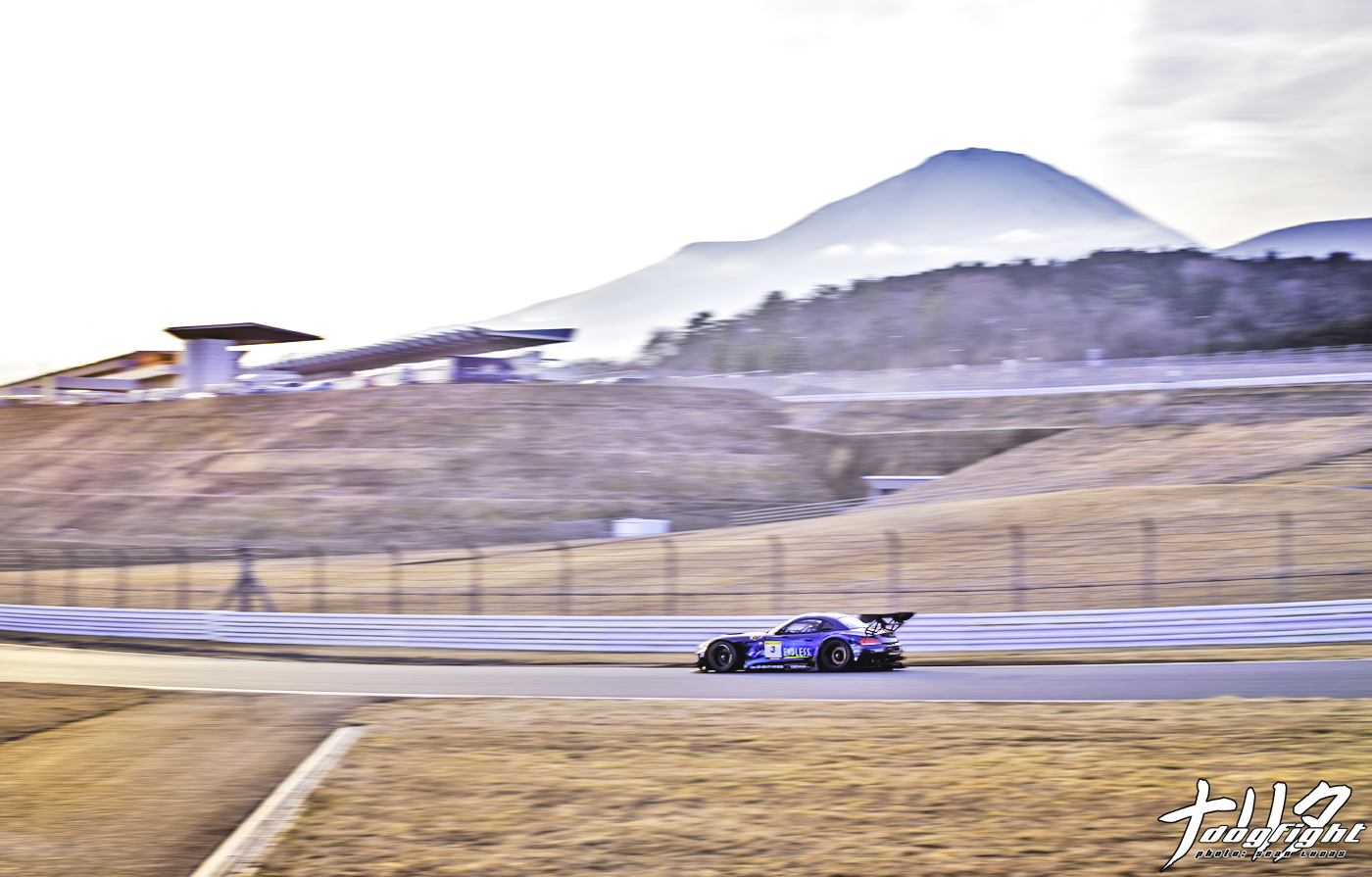 As is the case with this post.  As it turns out, the BMW Z4 GT3 and the HKS GT1000+ were the final two competitors of the day to run.  It was a battle of tuning car vs. racing car and in spite of only two cars being on track at the same time, it was actually quite exciting!  As the sun set over Fuji, the one on one battle unfolded on track before me.  While I write and process for the main overview publication, I’ll let you get a glimpse of the action from the next two posts ~

Now, as you know, Fuji Speedway is very expansive.  That meant that the time before I would see a car again was at least a minute and a half…made for a lot of idle time, but also for a lot of expectation!  With each lap ending I would keep my ear out for Mana P to excitedly shout out lap times for each competitor. 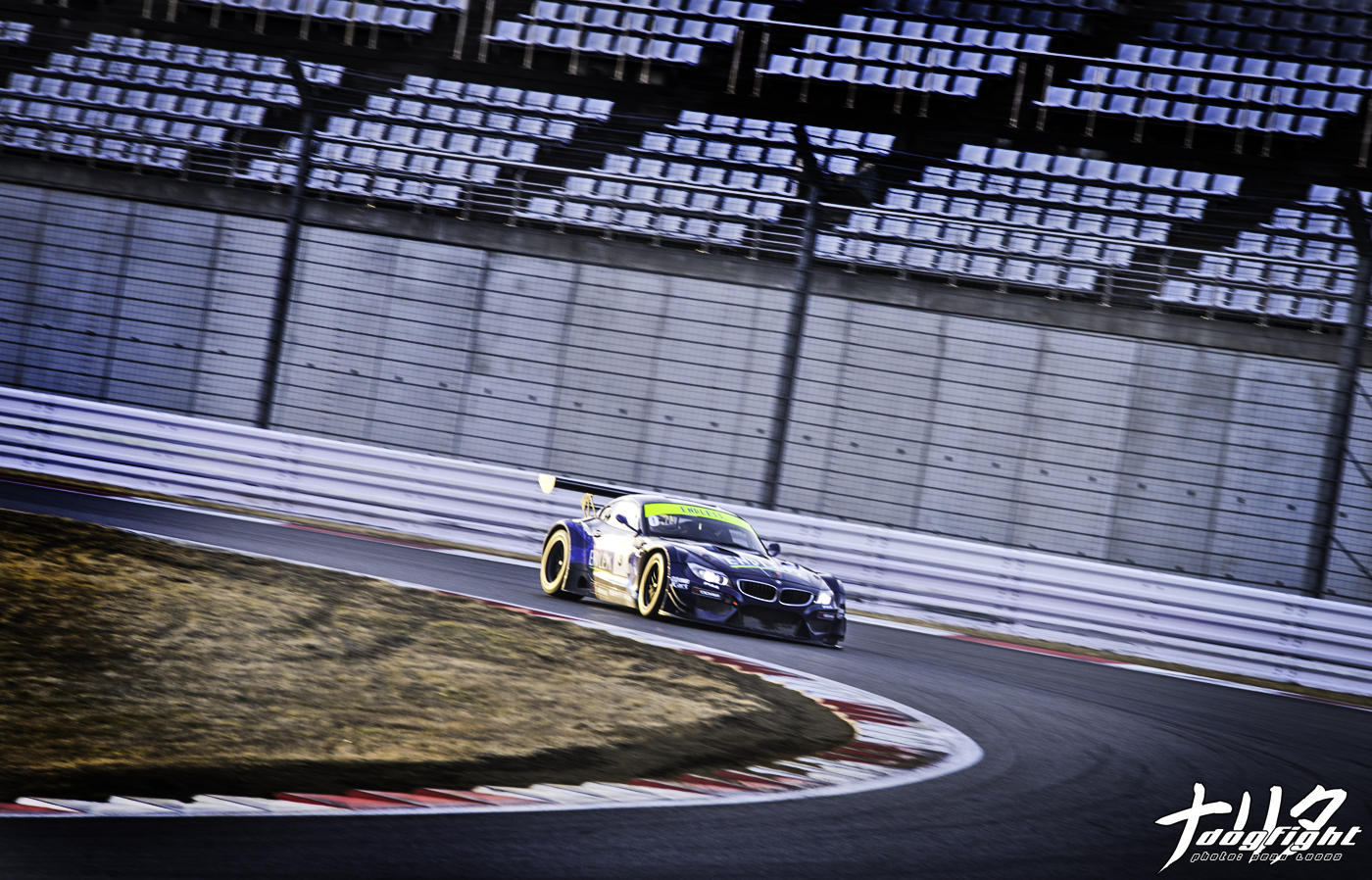 The Endless Z4 GT3 was able to best a lap in 1’40.543!  Although it is a full fledged race car, this time is still rather respectable.  Remember that the GT3 series cars aren’t necessarily built for one lap, time attack races.  They are basically Taikyu cars that must endure hours of racing. 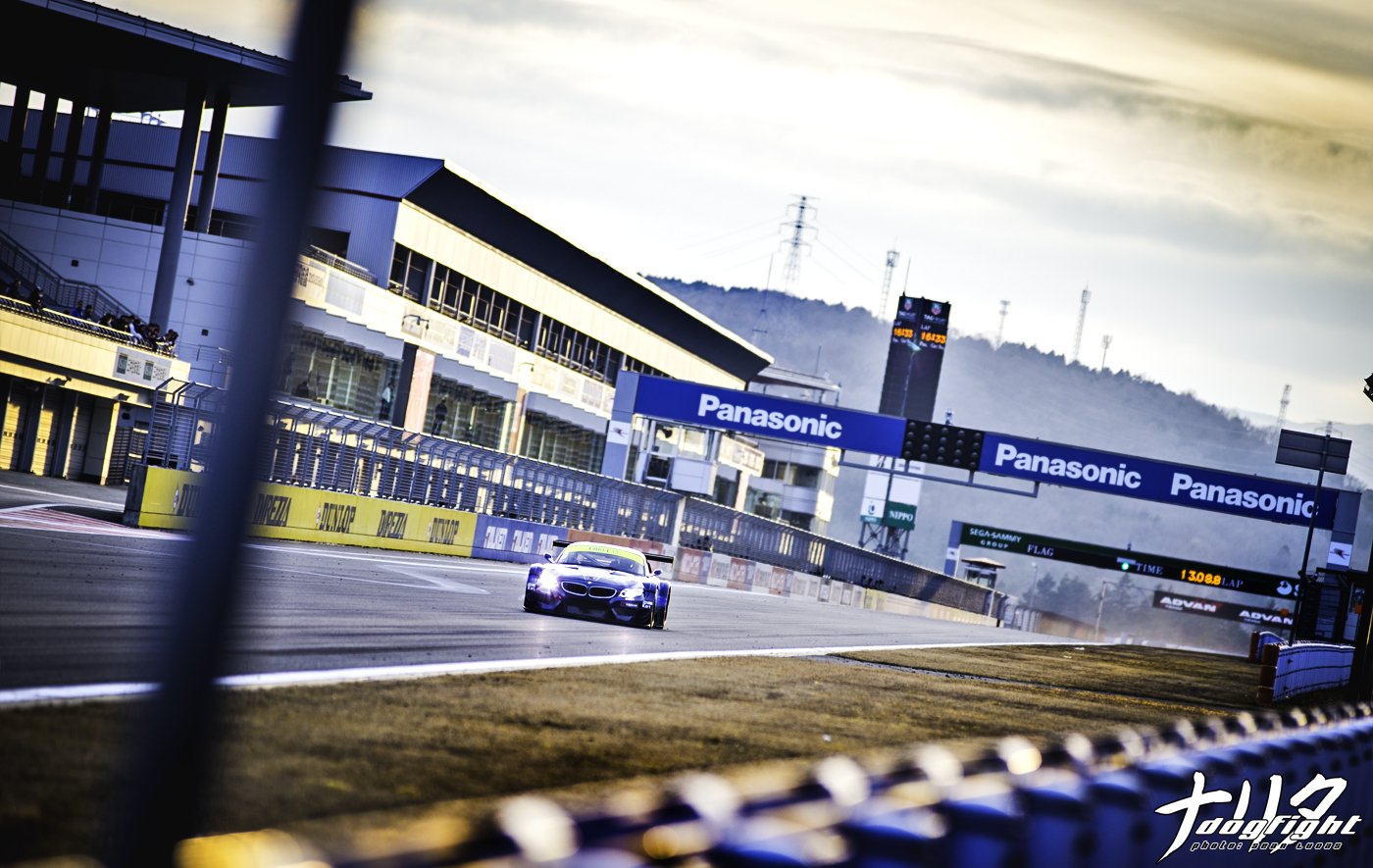 The limited number of runs made from the two cars made getting a variety of shots quite difficult, but I was able to improvise using the front straight and first turn to mix it up a bit. 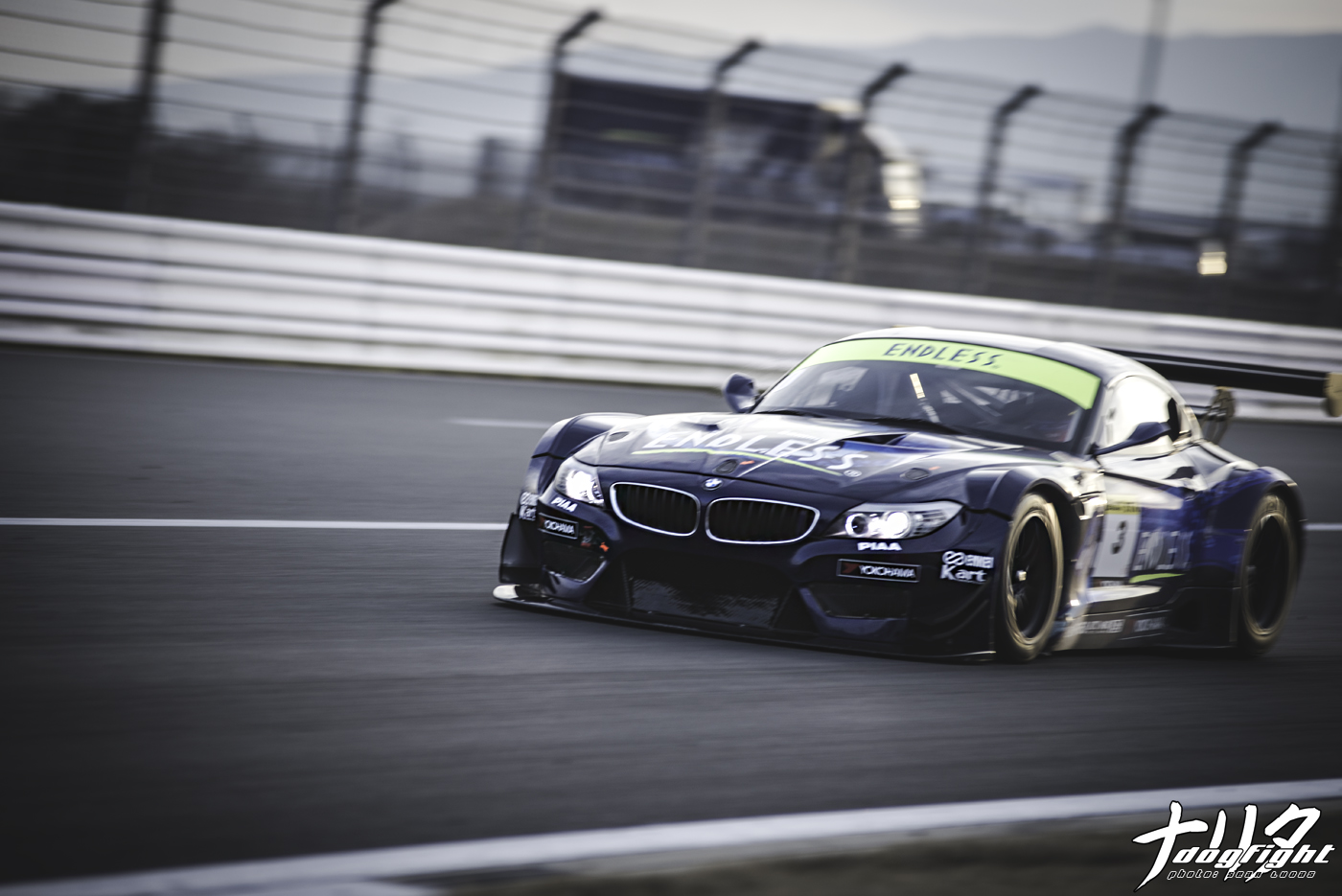 As the BMW shot down the straight at a tremendous speed, it was difficult to pan at such a close distance!  Plus I only had once chance at this…while not the best example, I thought it was still kind of a neat shot.