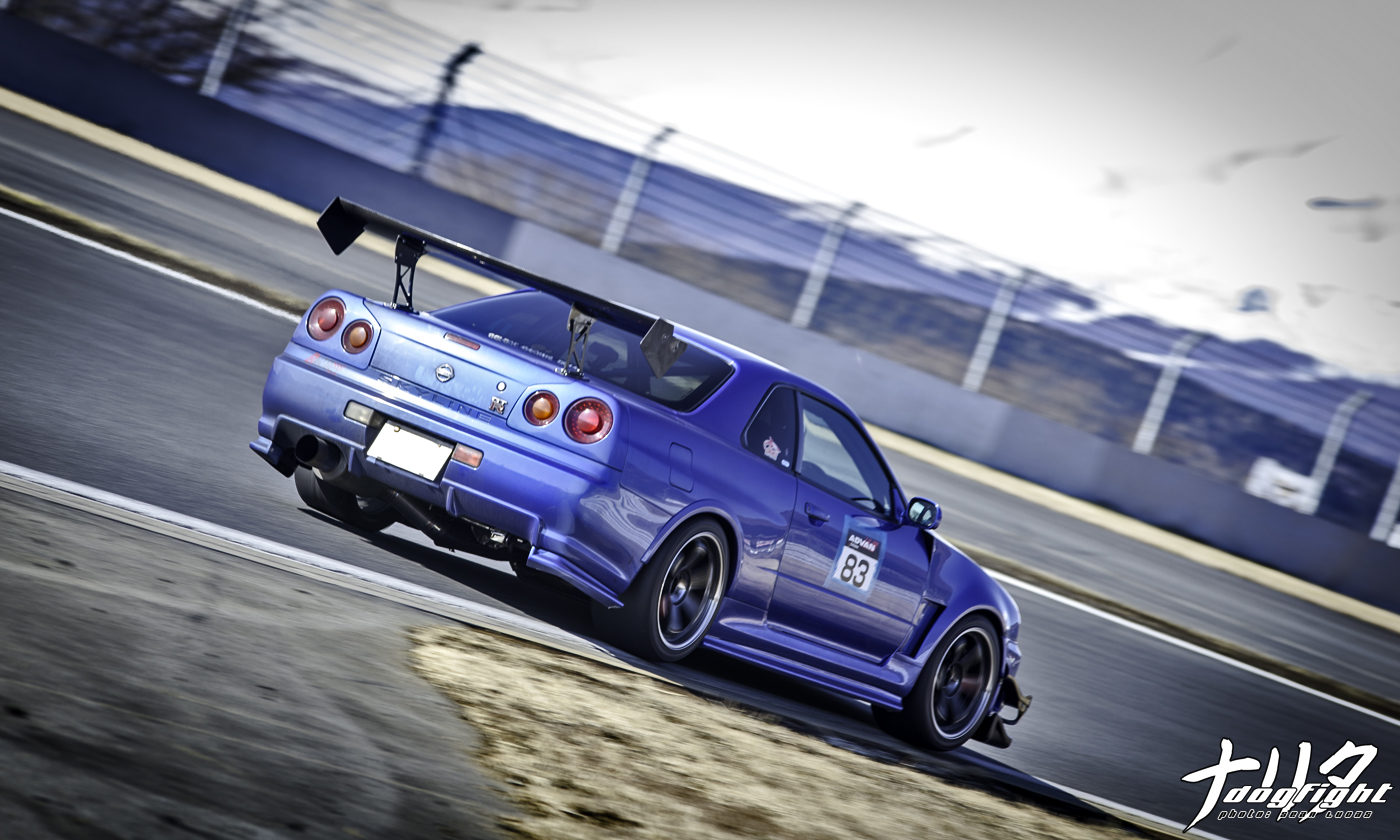 When Eiichiro Sawa founded Osaka based Auto Select in the early 80’s, his main goal was to share his knowledge of tuning and racing spirit with not only his friends, but with a wider range of enthusiasts as well.  In 1985, after establishing himself in the industry of aftermarket tuning, the popular magazine Carboy did a feature on Auto Select that highlighted Eiichiro’s story; this story resulted in a tremendous boost in customer base.  Their decades of continuous R&D of new parts and tuning methods has kept them alive through many lulls in the industry, and is a major reason why they’re so well known to date.  You’d be hard pressed to attend an attack event in Japan, or a motor sport event in general, without the Auto Select flag being flown. 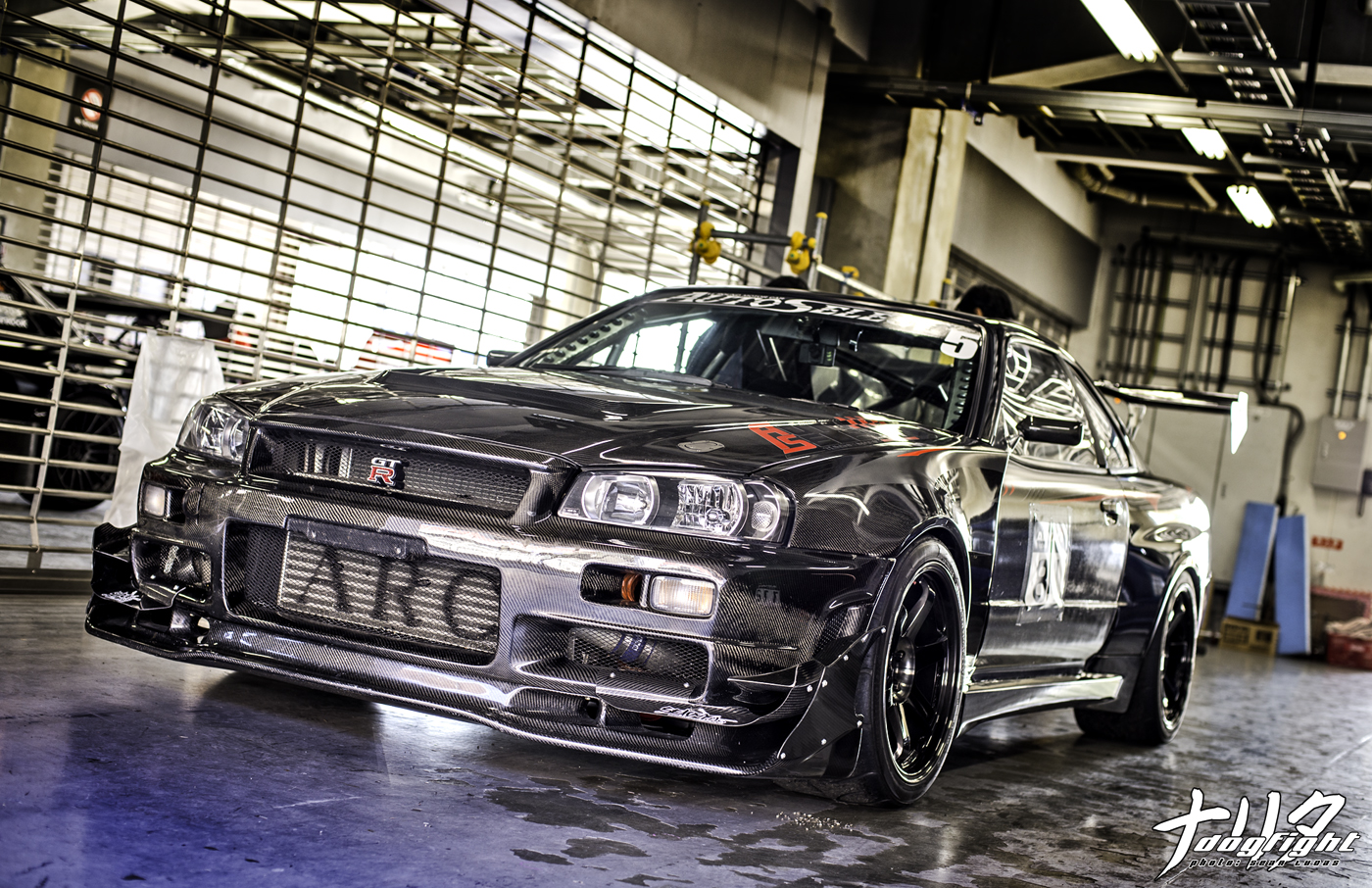 Narrowing the scope of work as time went on, AS slowly became known for their heavily built Skylines.  These high powered, track focused shop cars became an icon of the company; all bearing variations in livery of the companies Shark logo.  The full carbon R34 pictured here is one such example; the carbon looking akin to that of a Shark’s skin. 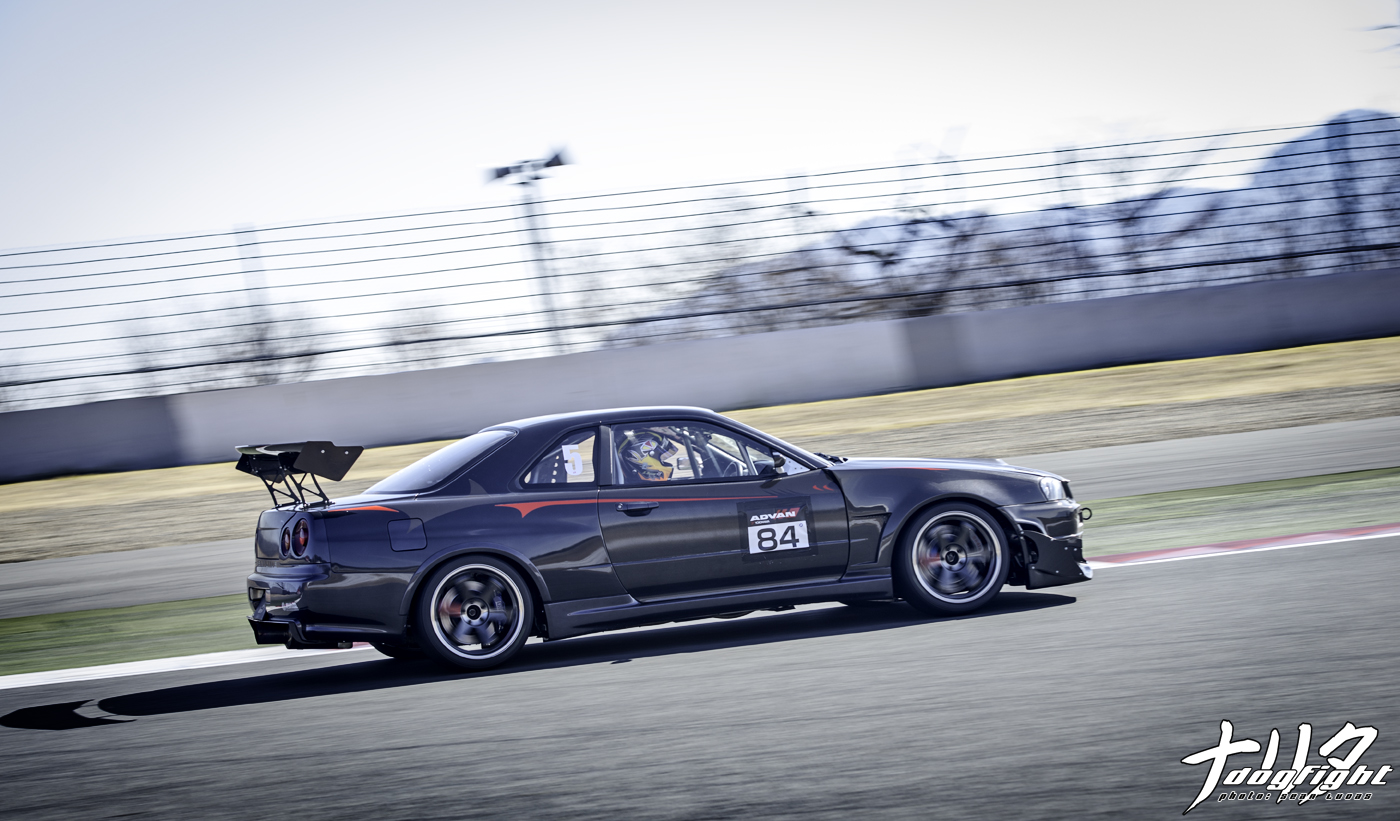 While the GTR didn’t perform as well as the rest of it’s class (stopping the clock with a best of 1’47.614 around Fuji).  That’s to be expected of a new build though – not competing in last year’s event, the 1’47 sets a good baseline as to where they can improve the car. 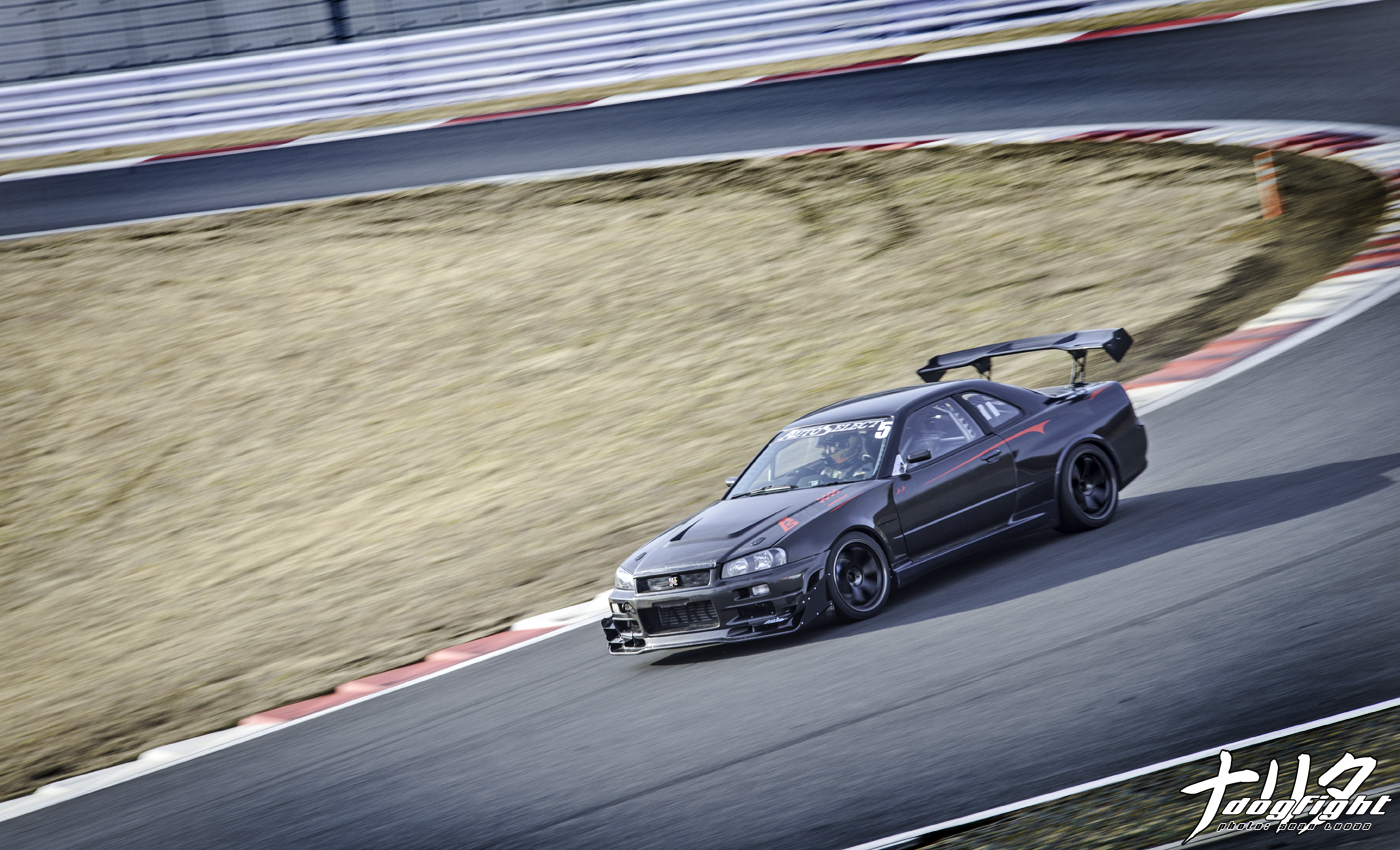 The car’s carbon exterior gave the GTR a unique and somewhat menacing look on circuit. 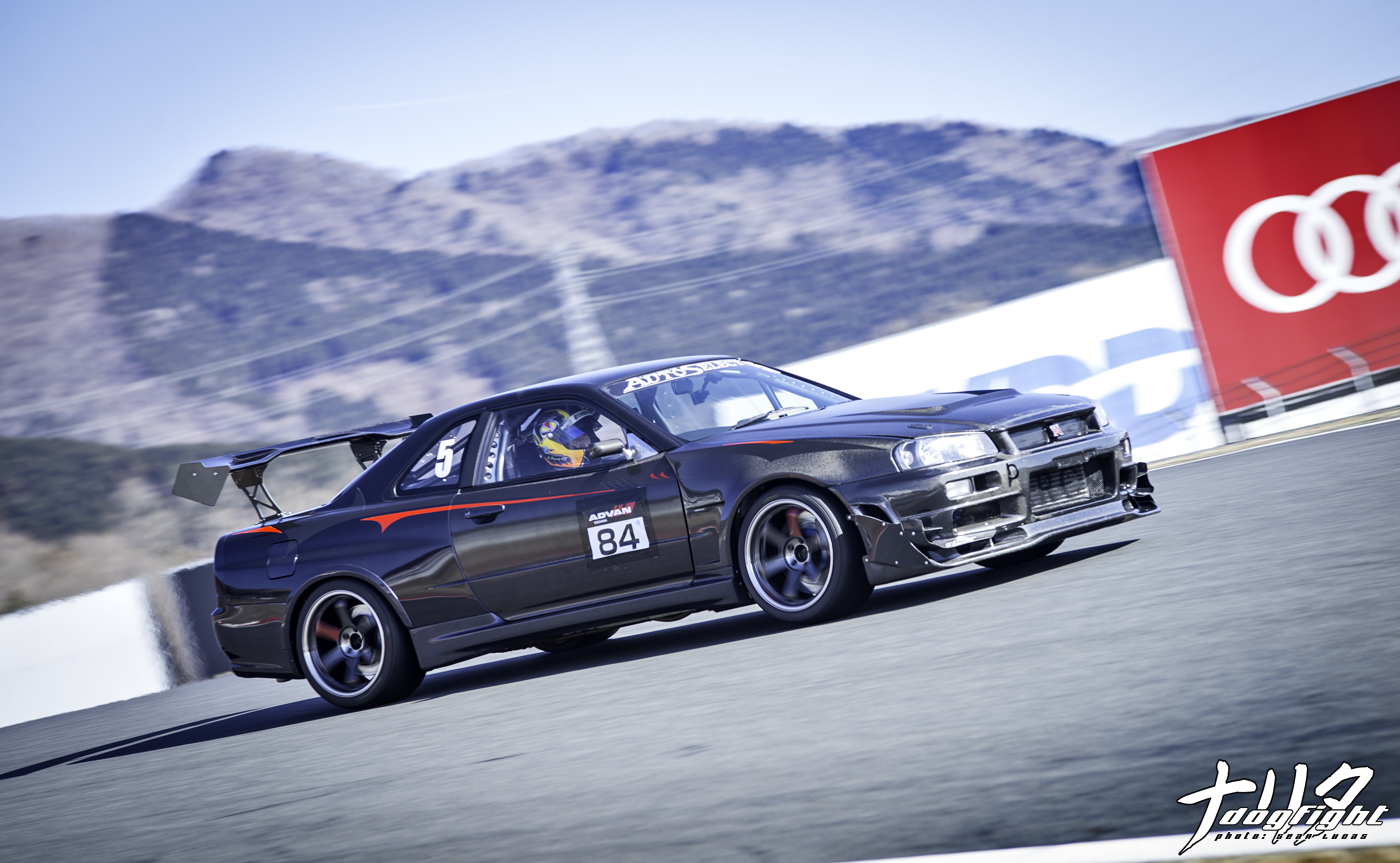 The car’s RB26 screaming as it powers out of the first turn. 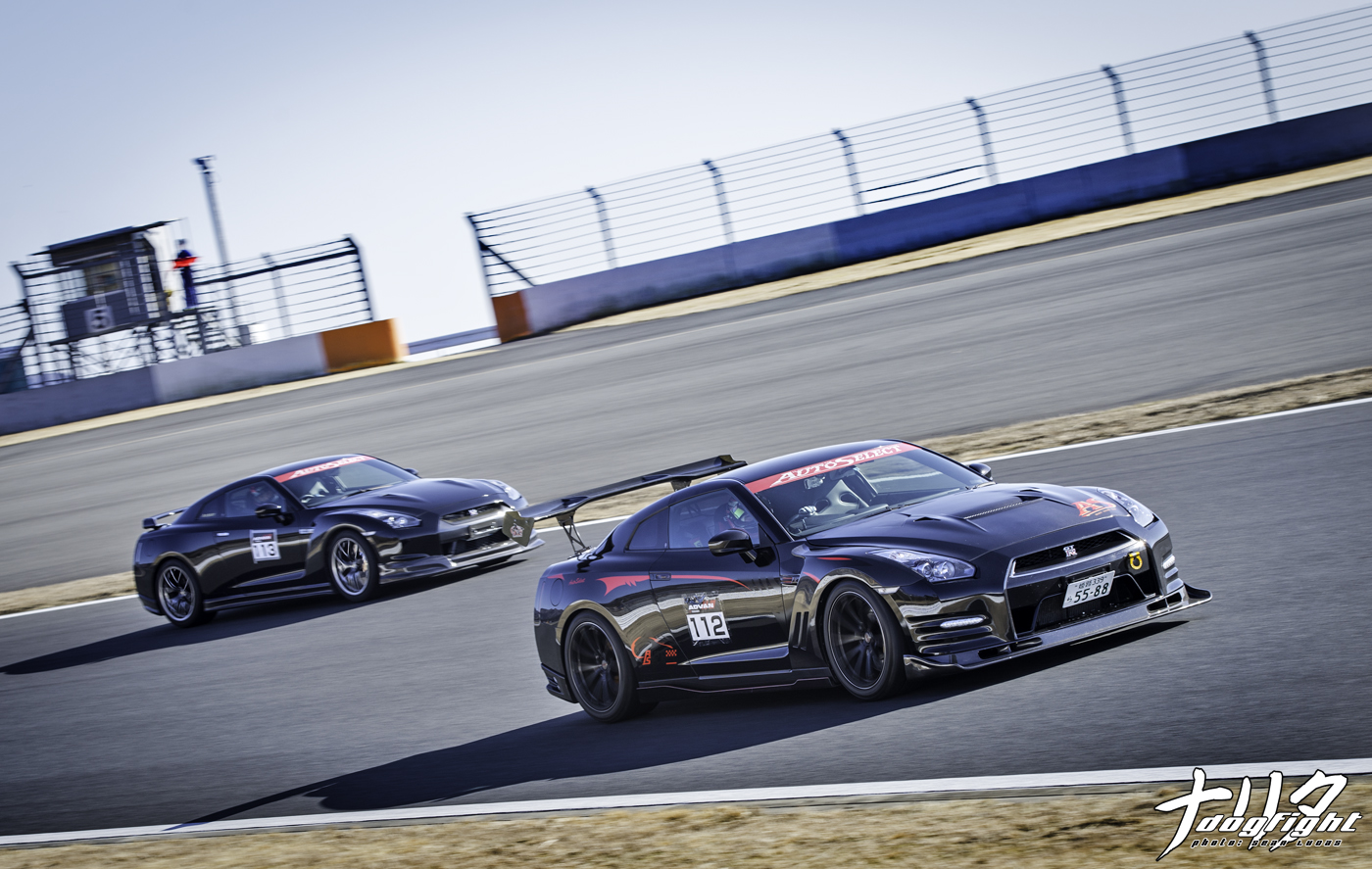 Seki Yoshiro in the mild looking AS R35 trails the companies demo GTR as they round the slight curve of Fuji’s 9th corner, just after Dunlop.  The flatout bend creates a good passing spot on the circuit.  Seki went on to win the D Group of Hiper Challenge with a time of 1’53.037. 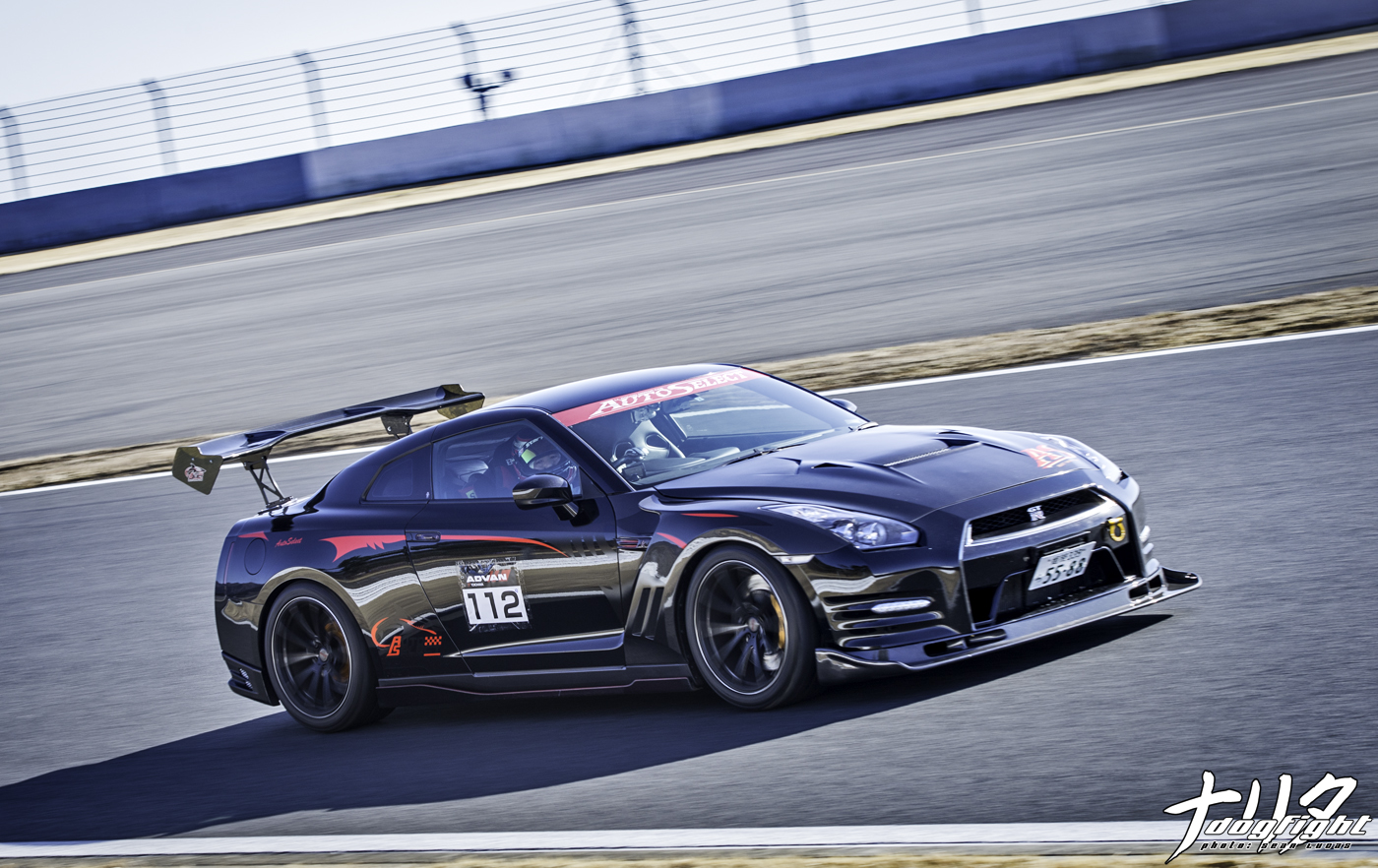 The new demo car had a bit of trouble putting down a competitive time for the day.  It definitely didn’t stop it from looking good though. 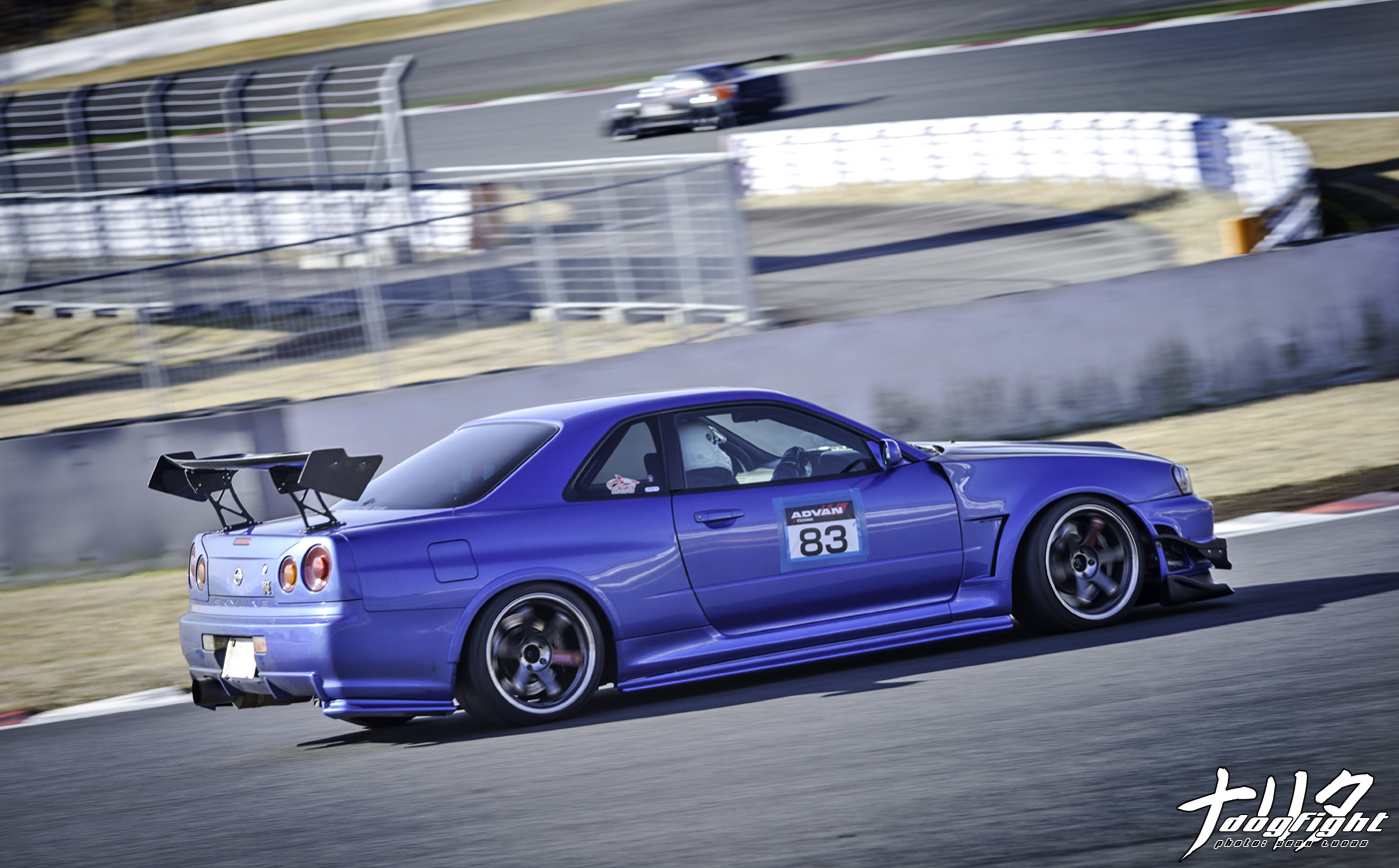 Mr. Fuji Ryo, an Auto Select customer, drove his blue R34 hard enough to take the Hyper Challenge C Group win with a time of 1’56.178.  Check out the trademark Auto Select GT Wing end-plates on all these cars.  Notice a similarity?

Overall a good day for the crew as they took on the circuit beneath the almost unbelievable clear blue skies, under the watch of Fuji-san himself.