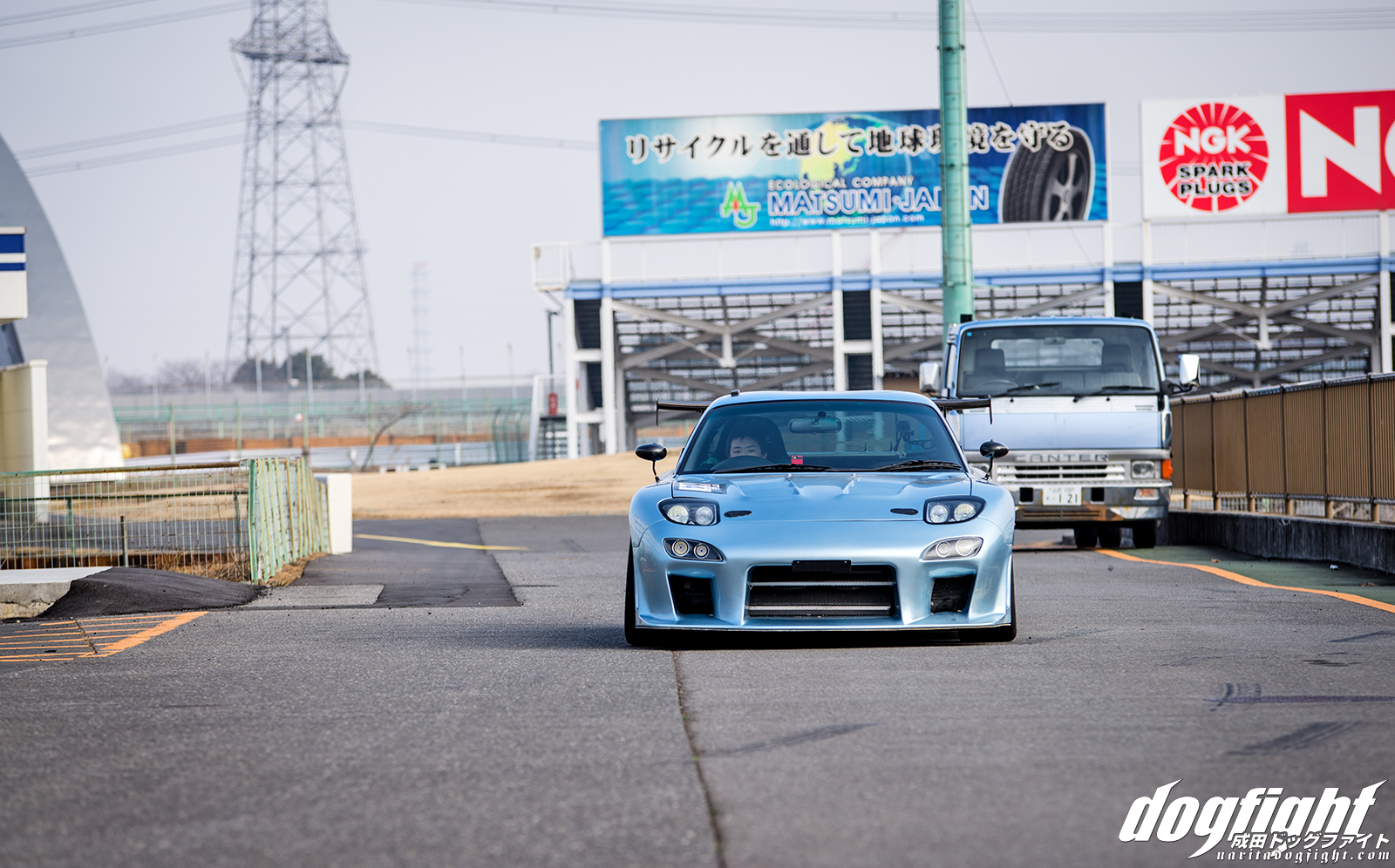 A lot of what goes into running fast lap times is nothing but trial and error.  We try out new parts, that on paper should work, and in the process of application we assess the results, problems or issues that may arise and we decide if the choice was a good one, or if we should try again with a different method or part.  Experience tells us that the most cost effective decision is to keep this trial and error to a minimum.  There are some people, however, that find pleasure in the possibilities of change.

‘Shinnono’ is a guy who enjoys many flavors in his search for his fastest lap.  Loyal to no one product, or method, there is no standard for what goes into his car.  Switching out parts before and after, or even mid-season, is common place when looking to get the most out of your abilities.  Shinnono’s uniquely colored FD is the chosen base for these on-track experiments in speed. 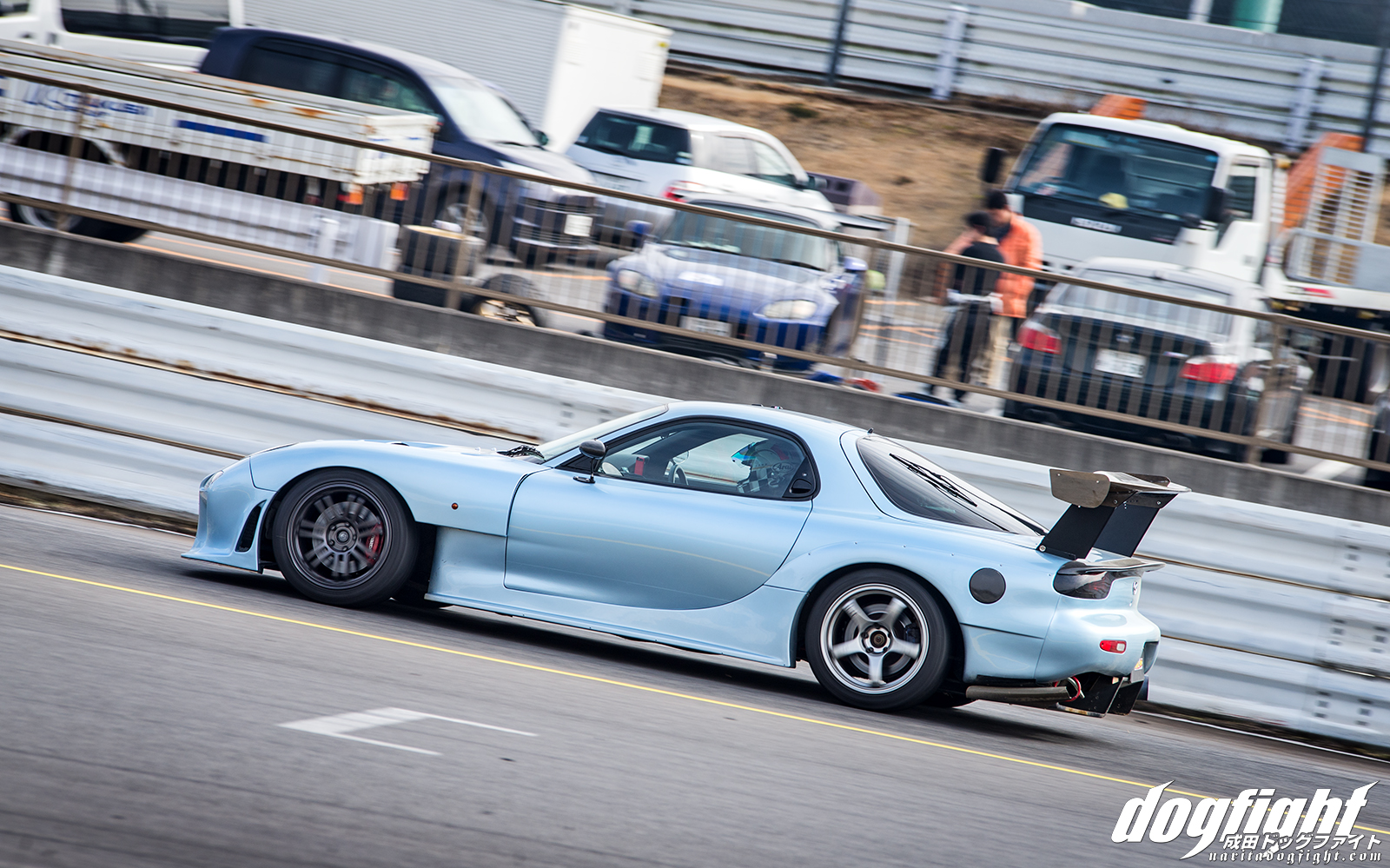 The snow blue exterior of the RX-7 is clad from front to back in the beautifully designed Top Fuel widebody panels.  An RE-Amemiya hood, rear diffuser and Super Now GT Wing with carbon duck bill make up the ancillary modifications on the exterior.  The mild track look is a perfect match to the interior, which remains almost completely in-tact aside from a Bride bucket and Nardi wheel.  Since this is daily driven, the owner opted to keep the create comforts of full interior; including radio and air conditioning for those sweltering Japanese Summers – a decision that’s most likely paying off right now. 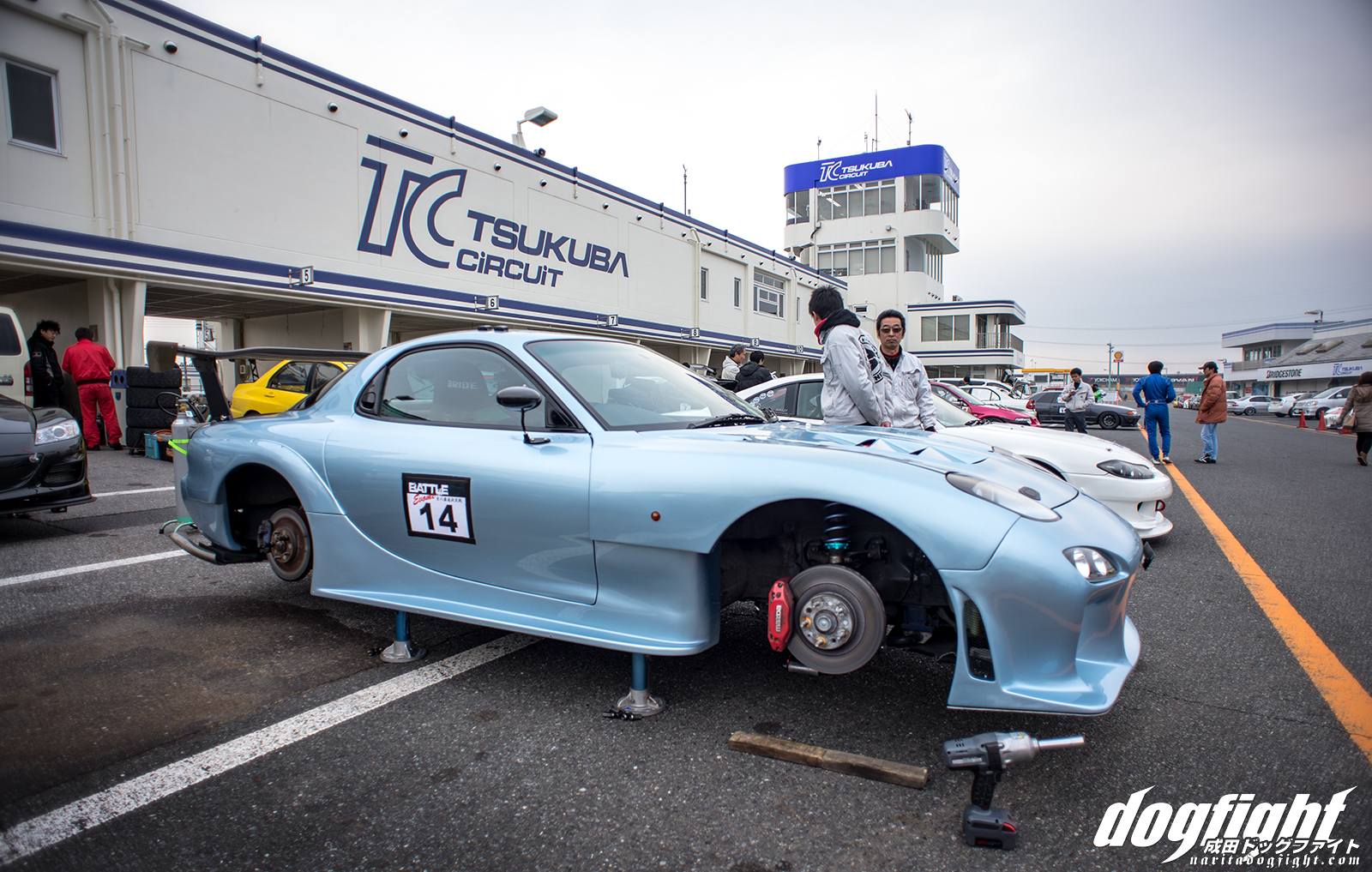 OE calipers squeeze the Endless brake pads onto the Dixcel rotors to slow the car at each turn; a recent change from several other pads.  During last January’s Evome, there was an issue with the brakes that lessened Sinnono’s ability to confidently brake as late as needed (ABS failure I believe).  As a result, he was having to brake about 10 meters sooner than he would have if it weren’t for the soft pedal feel.  Unfortunately it most likely cost him the tenths he needed to break into the sub-minute range. 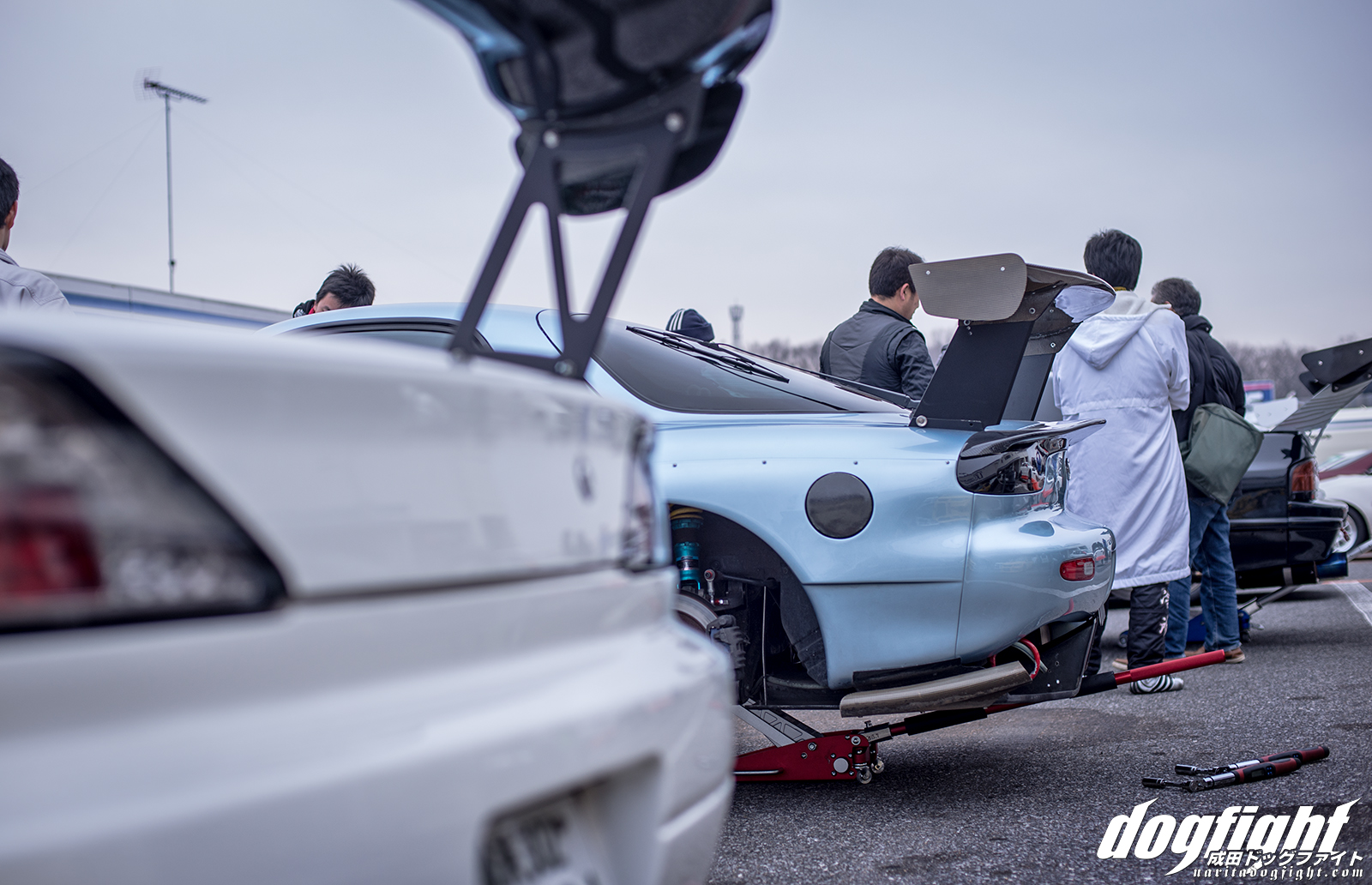 The car now sits on GP Sports full coilovers with Endless 16k springs.  The setup prior consisted of Aragosta coilovers with Swift 18k/16k springs.  Actually, at one point, the owner was using the new GP Sports coilovers up front, with the older rear Aragostas still in place just to see what it would feel like.  Eventually they were swapped for all GP Sports. 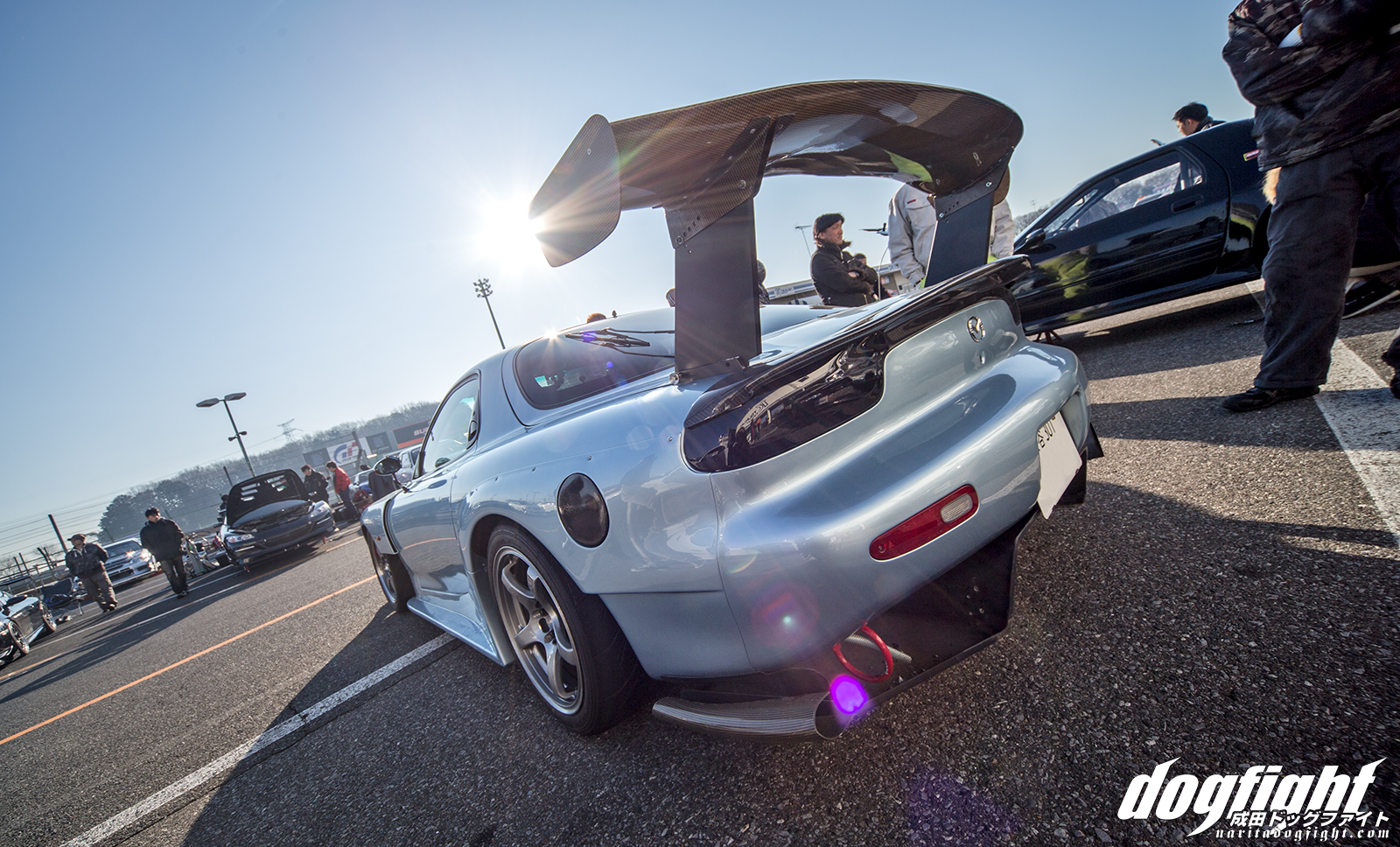 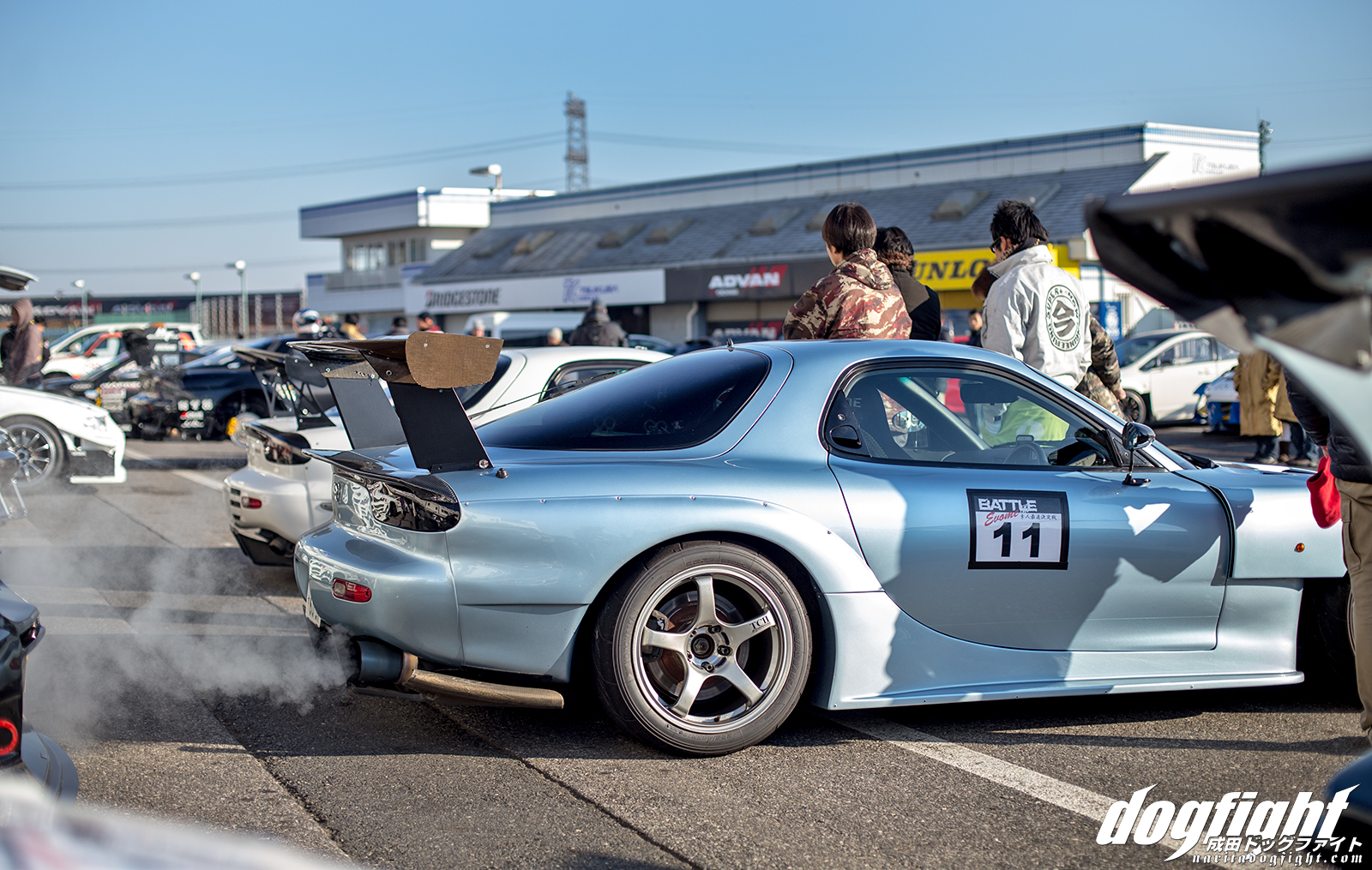 The side-ported 13B, built by Yamazaki at Zest Racing, is equipped with a TD07-25G turbine and some supporting mods to boost up to 1.1 bar on track, and .9 while driving to work.  The warm exhaust exiting the Amemiya cat-back is introduced to the cool morning air at startup – almost ready to hit the circuit.  With plans to overhaul the motor this year, I’m sure he will return next year with a new turbine among other parts. 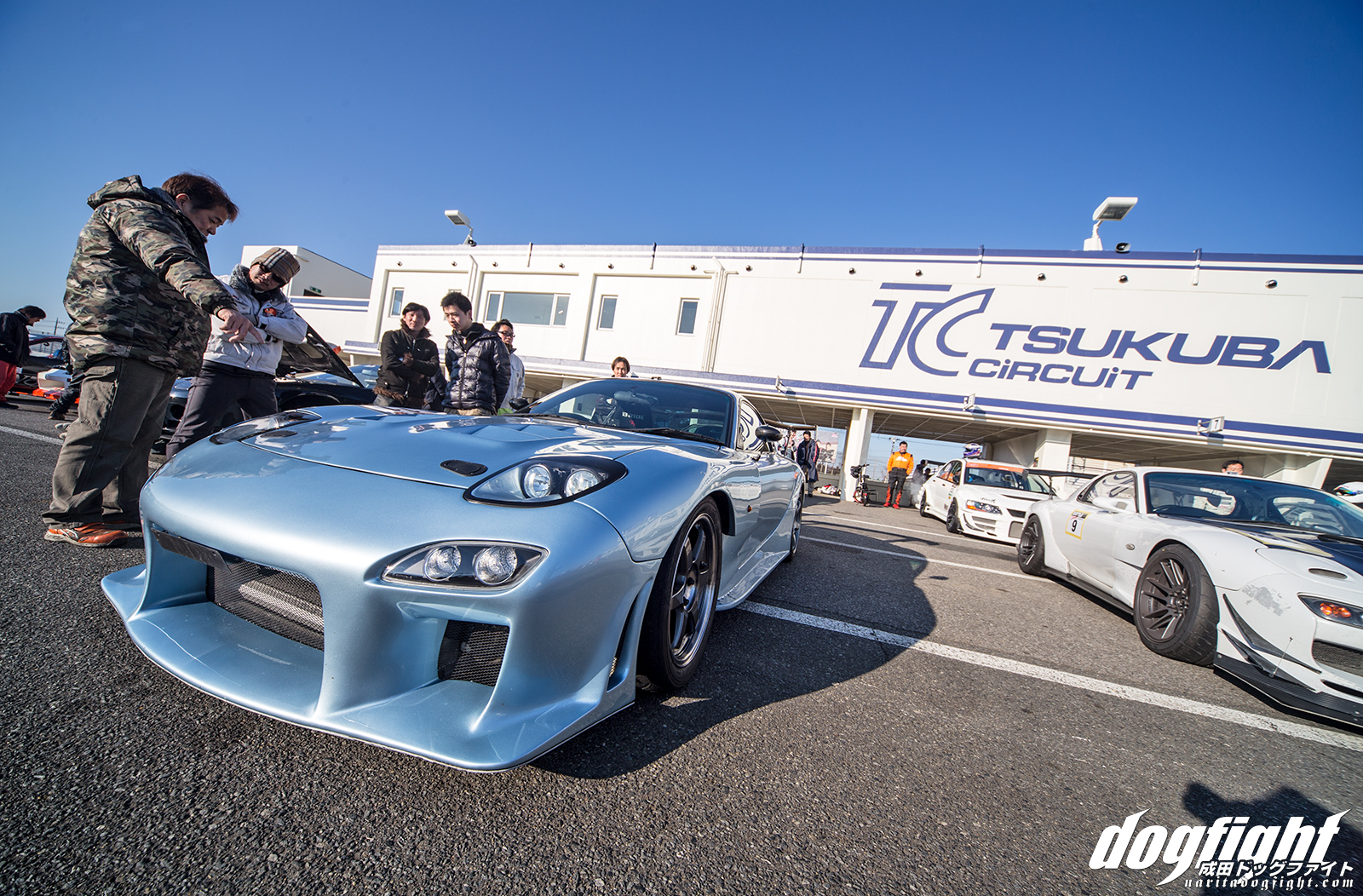 An OS Cross 5-speed transmission (close gears), along with a 4.1 final drive and Matsusupi 2-way LSD, get the power to the ground.  The final setup after trying many LSD and final drive types. 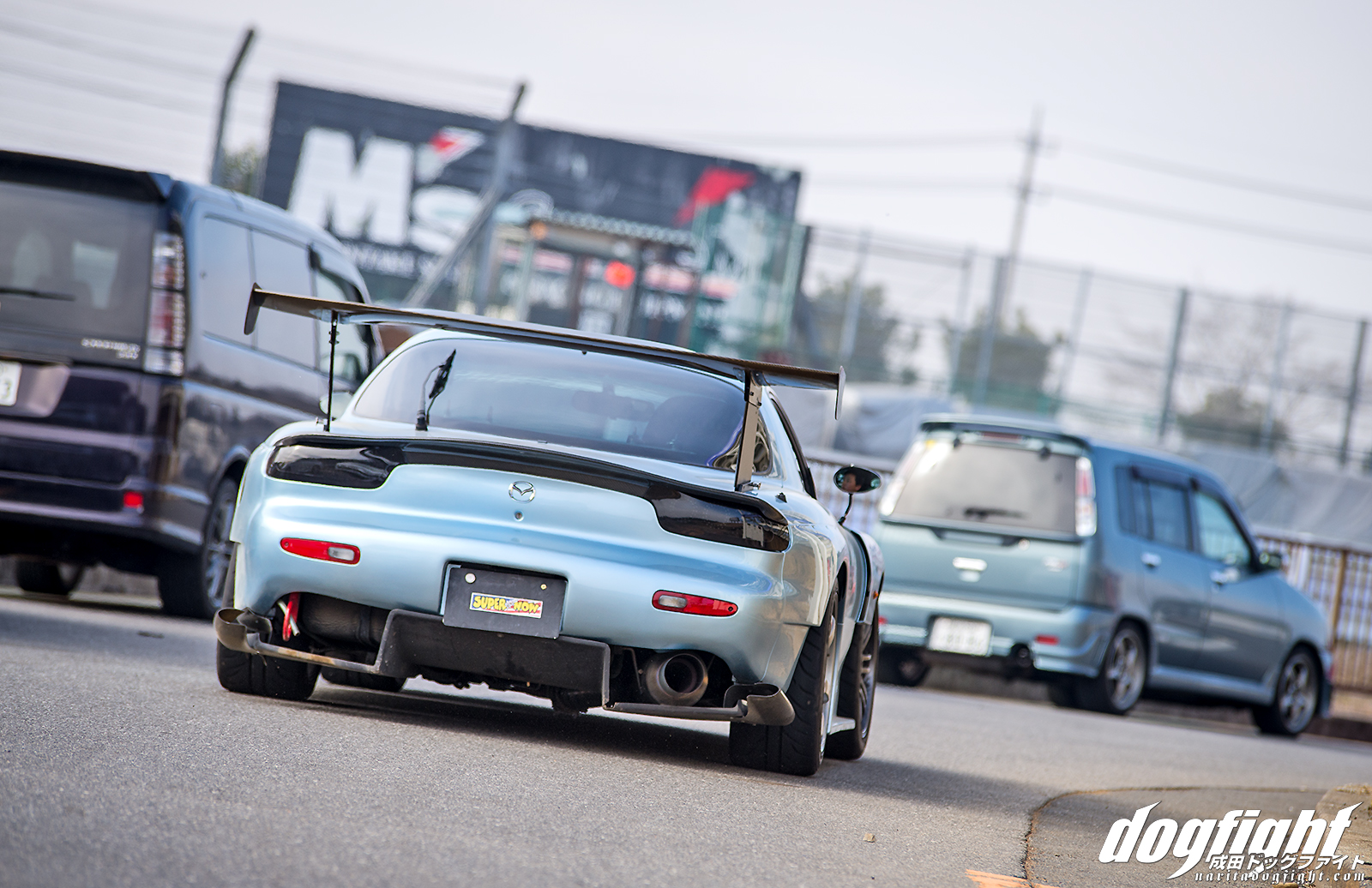 Hope to see this car again, and I’m sure, although hard to see, it won’t be the same next time. 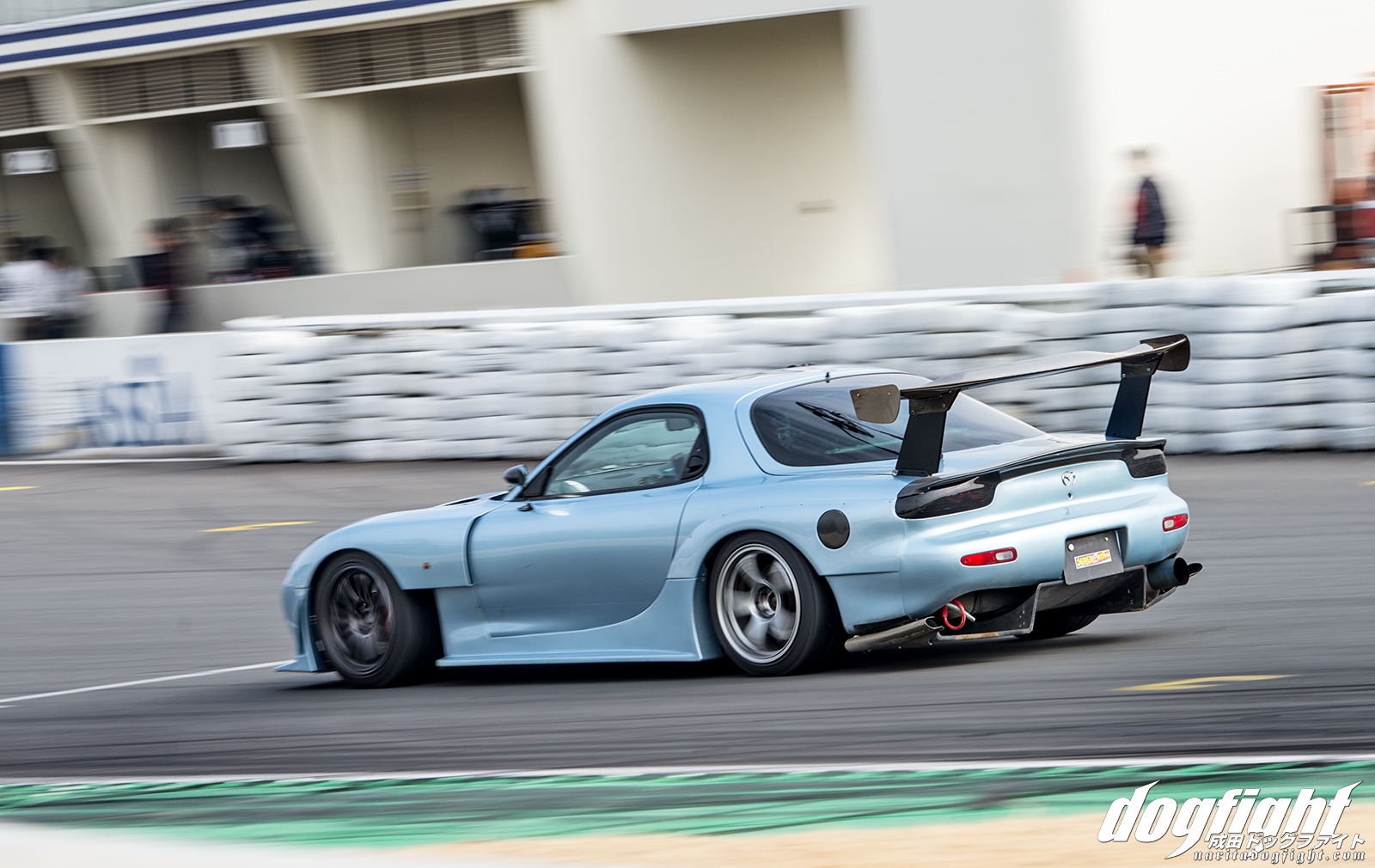 Check out his fast lap this past January at Battle Evome TC2000 below, and a list of fast laps on different tire types: