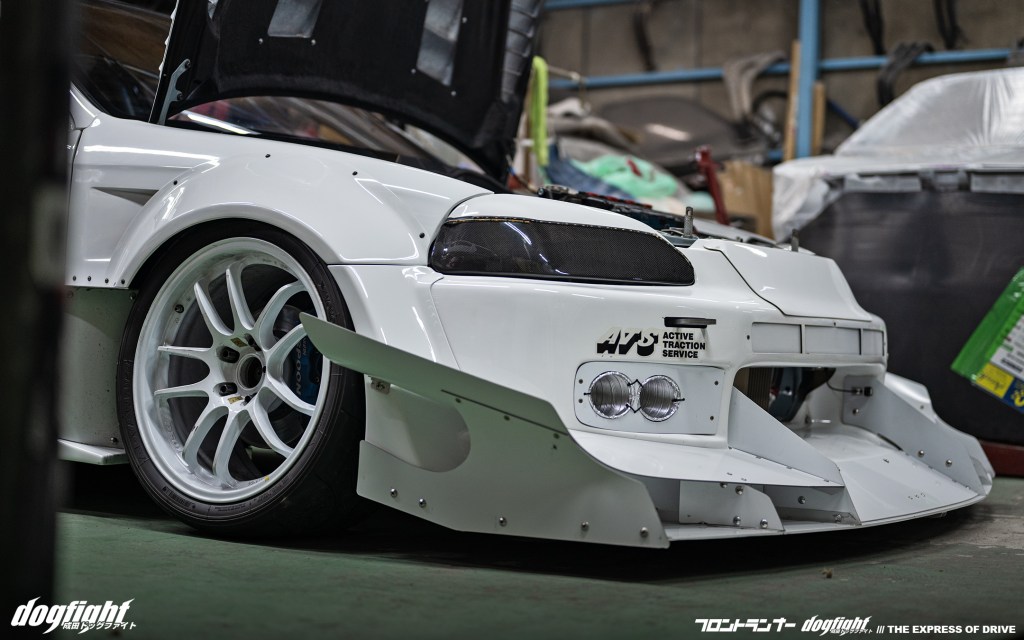 Yesterday afternoon I had a day scheduled to catch up on emails, editing, and writing.  But when I woke up I had the urge to get out of the house.  I messaged Kubo from Garage Work and asked if he was going to be at the shop that afternoon.  He replied quickly and said please come; so, I did.

I wasn’t really in a rush, so I took the back roads to Ichihara to avoid some tolls; the time difference was only about 30 minutes longer.  I stopped by 711, grabbed a coffee, and some canned coffees for the guys, and set out to Chiba.  It wasn’t long before I was turning the corner to the familiar side street where Garage Work is located.  A gravel lot out front, as well as one on the other side of the street, filled with decommissioned Hondas, now remnants of the past.

It was very cold outside, with snow in the forecast for later in the week, so the bay doors of the shop were closed when I arrived.  I pressed the buzzer on the outside and was greeted by a cheerful Iwata.  We chatted for a bit while Kubo wrapped up the tie-rod install, and then I stuck around for an hour or two shooting some video and chatting with Kubo. 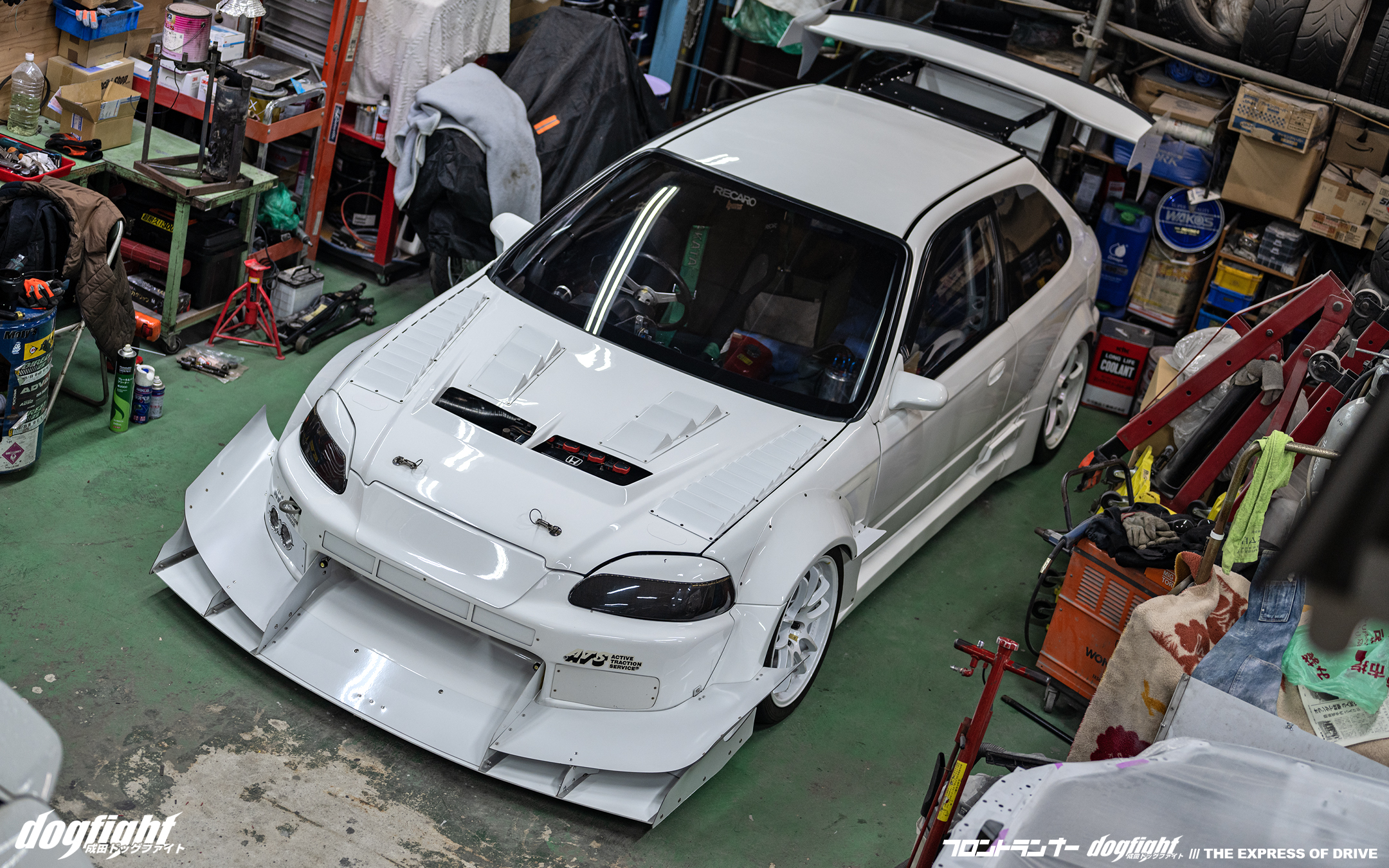 Komiya will be attending the Zummy event at Tsukuba this Friday, so their priority for the day was regular maintenance on the car to get it ready for the track.  This weekend, Saturday, Iwata and Kubo are headed to Suzuka to assist another of their customers with an upcoming Clubman race. 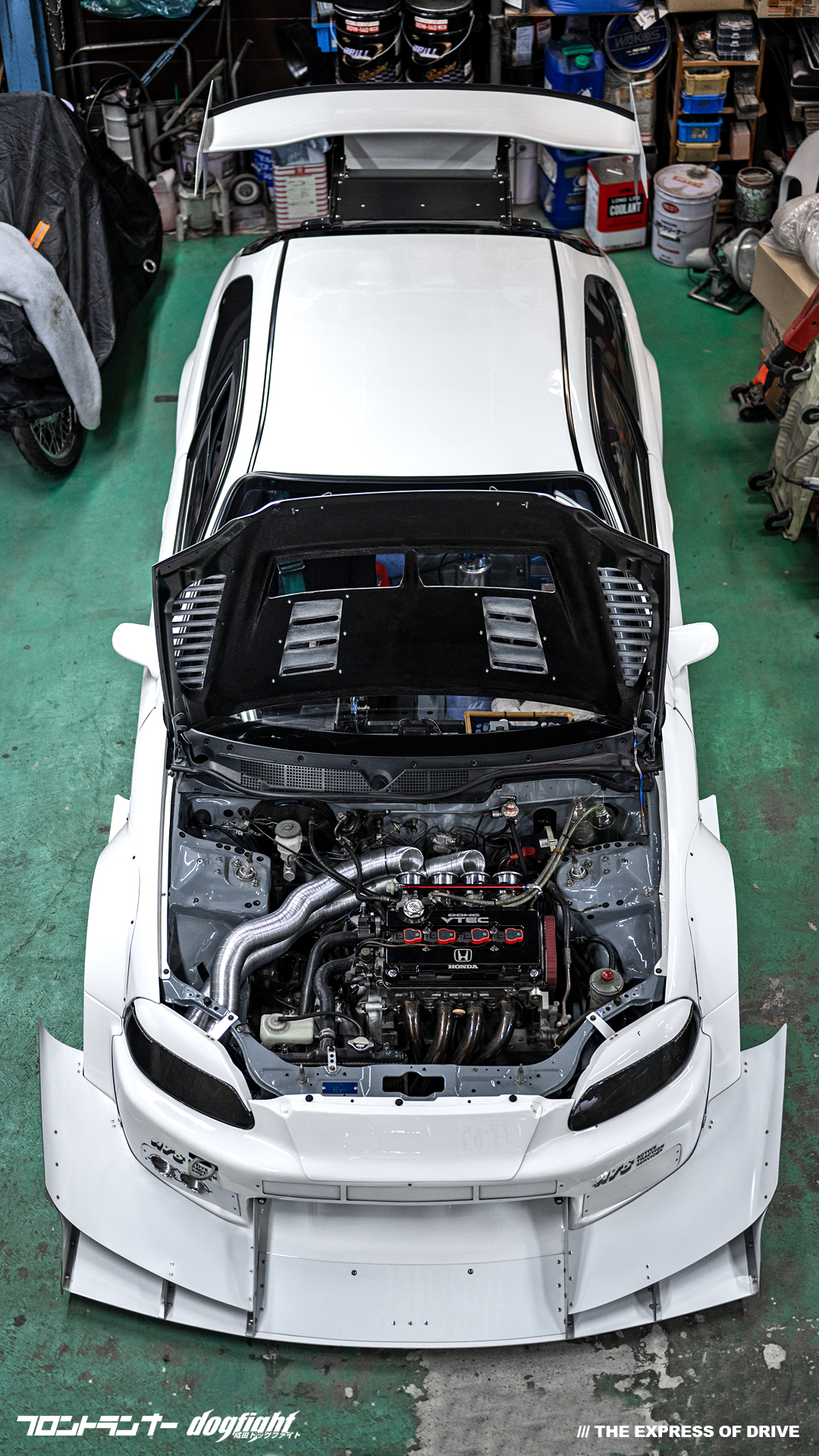 There’s a few changes to this car for this season that are worth noting, mostly engine wise.  The car now has a B16 block that was stroked to 1.8 liter and assembled by Impact!, the well-known engine builder in Kyoto.  The same head from his previous motor is being used, however it now has a coil on plug conversion that eliminates the distributor.  Komiya also swapped the intake manifold with a Toda 4-throttle manifold.  The whole new setup was tuned with a Link ECU, and with the addition of the ITB’s made an extra 20ps.  This should put the final power numbers somewhere between 240 and 250ps.  On a car that weights about 750kg, that’s a lot of useable power.

Looking forward to seeing the times drop even further on Friday, as long as conditions allow.  The weather here has been tremendously cold, which engines really like, but if that cold brings snow, ice or more high winds, Tsukuba could be looking pretty unfavorable.

Enjoy the gallery and video! 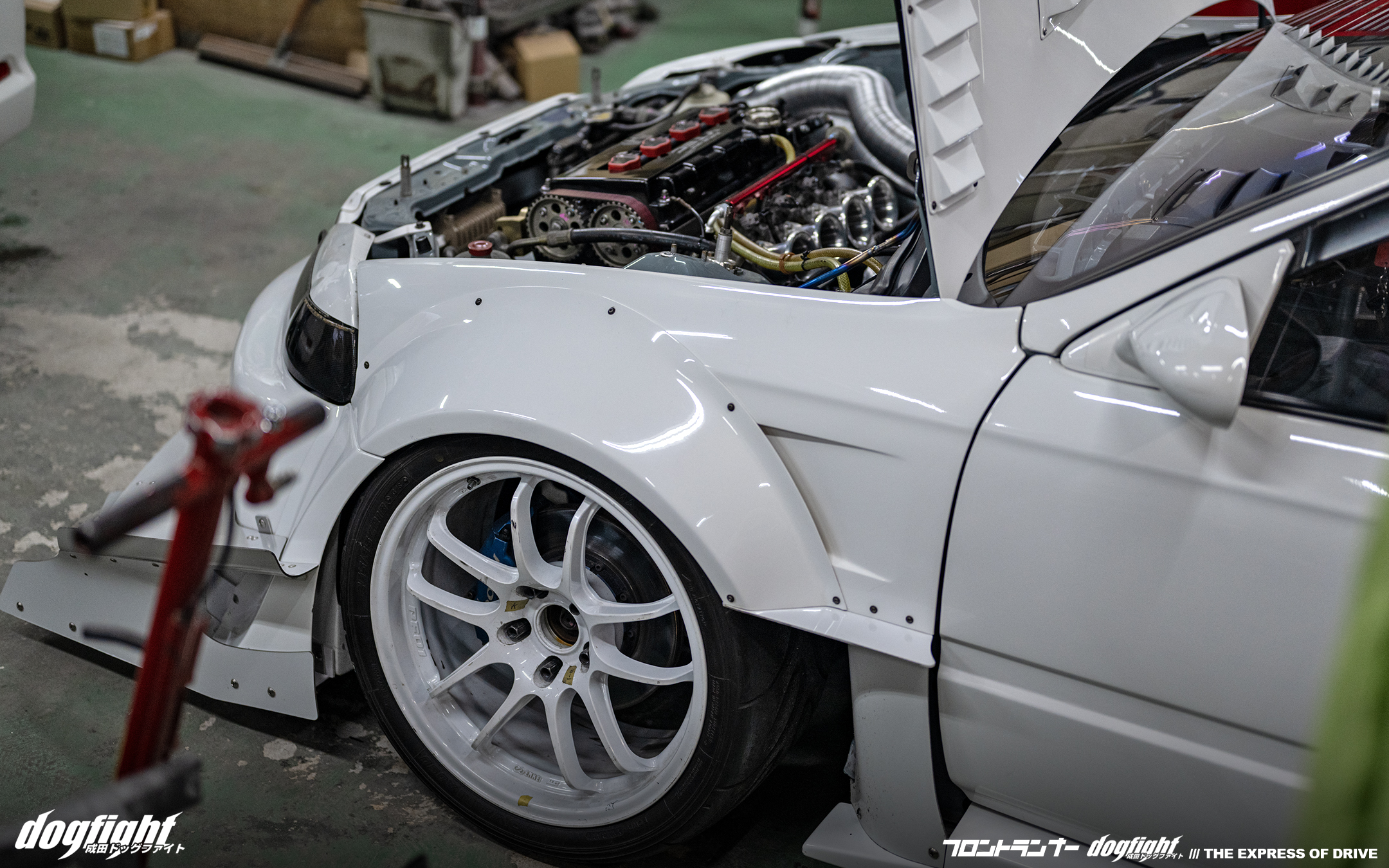 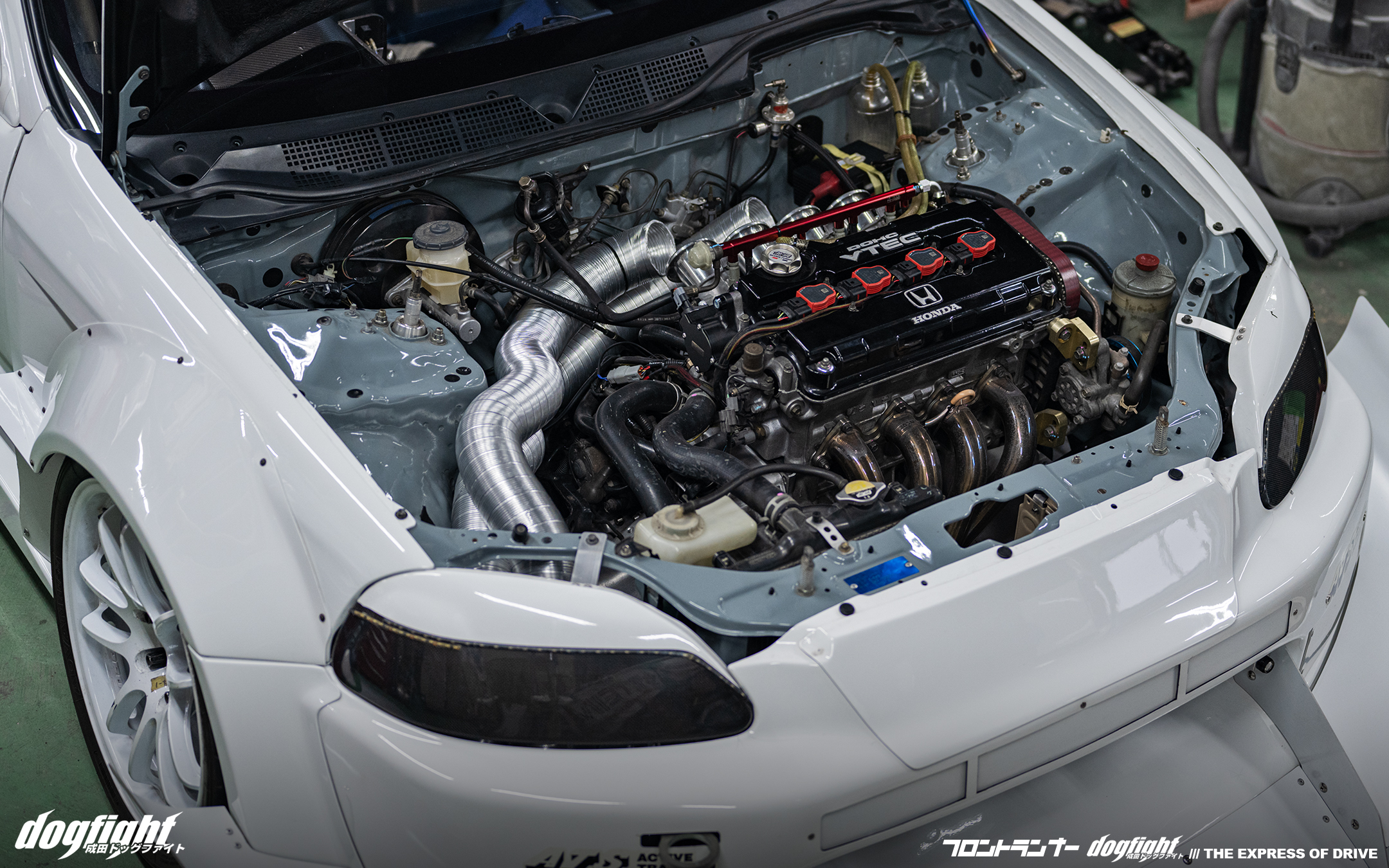 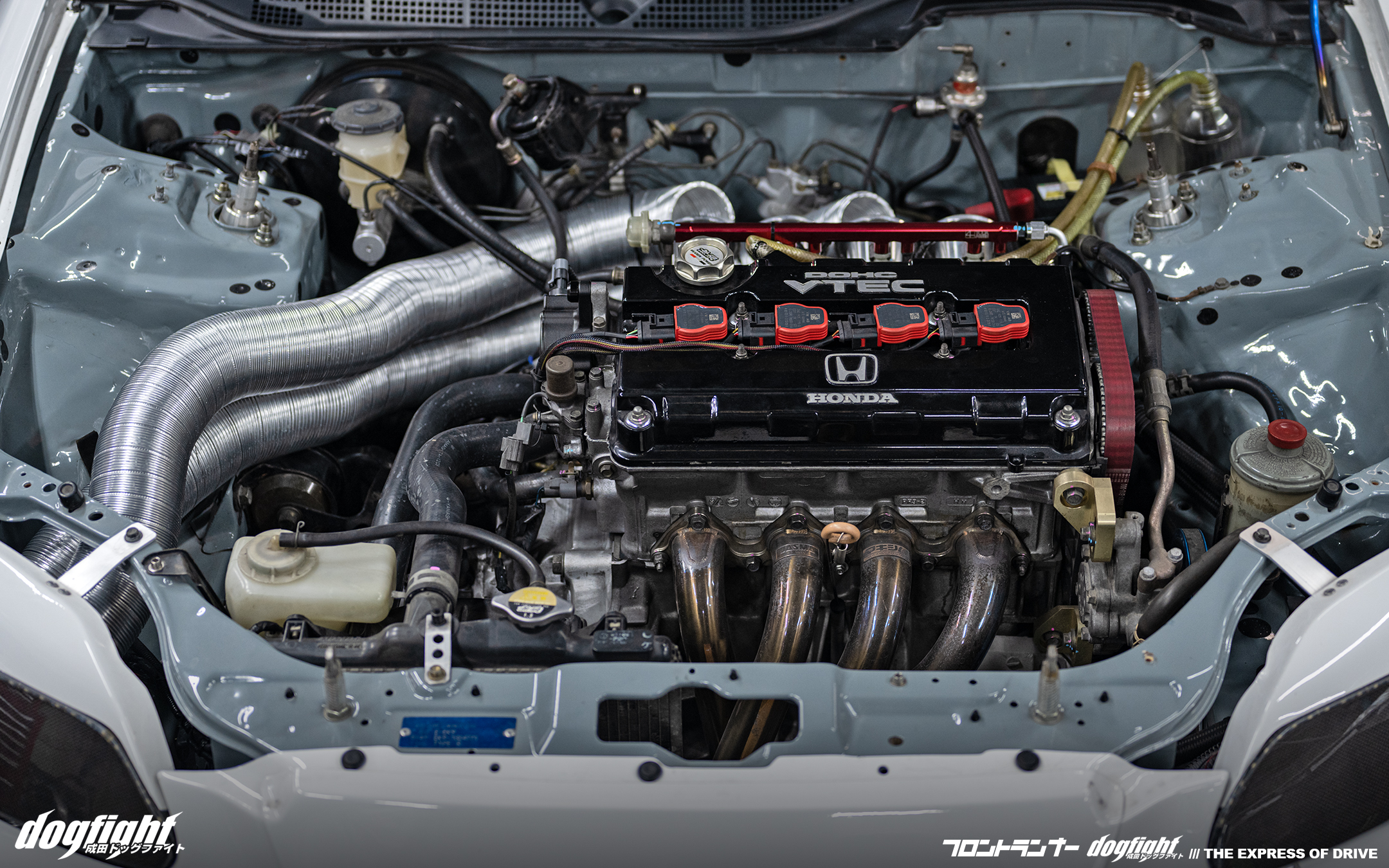 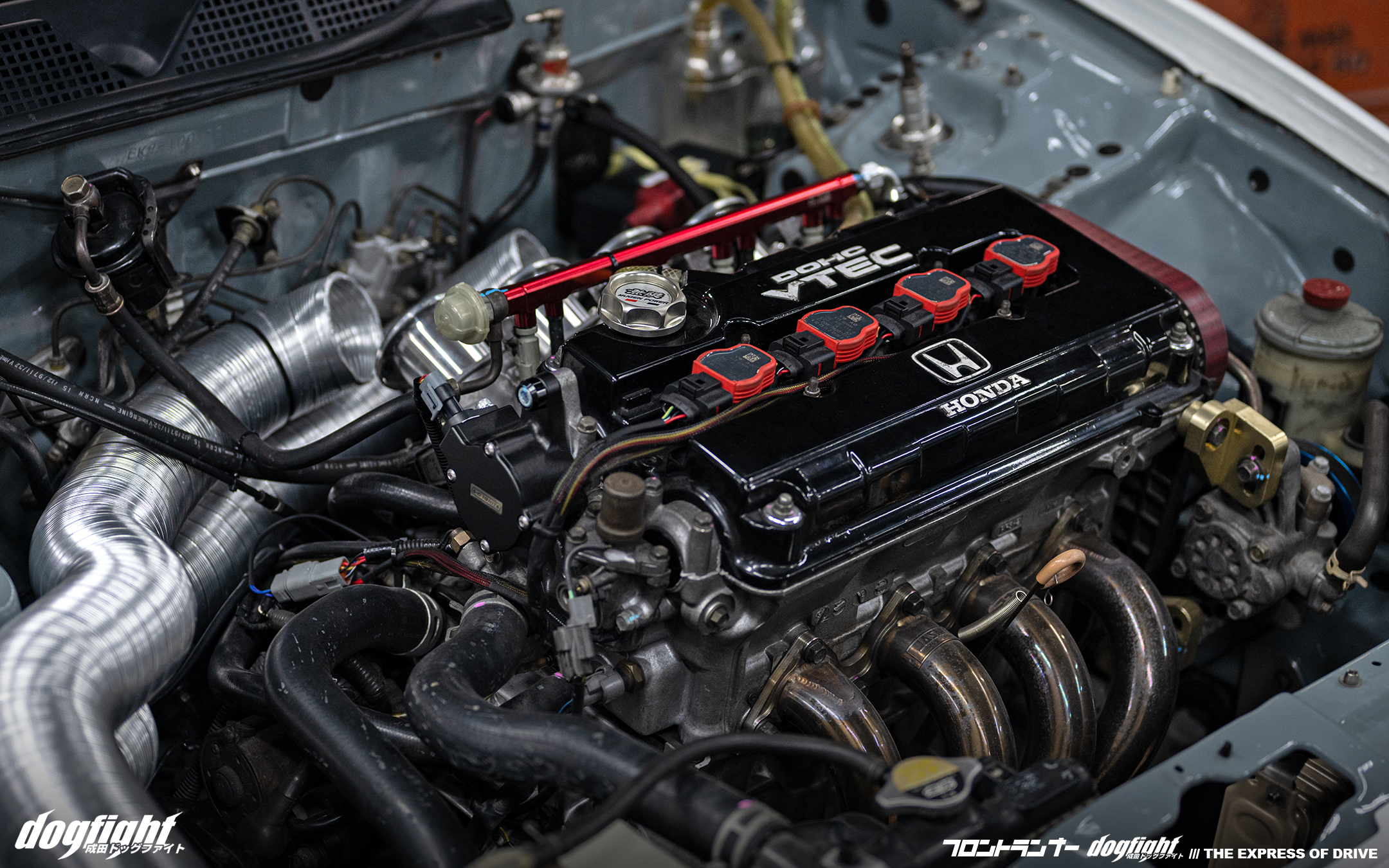 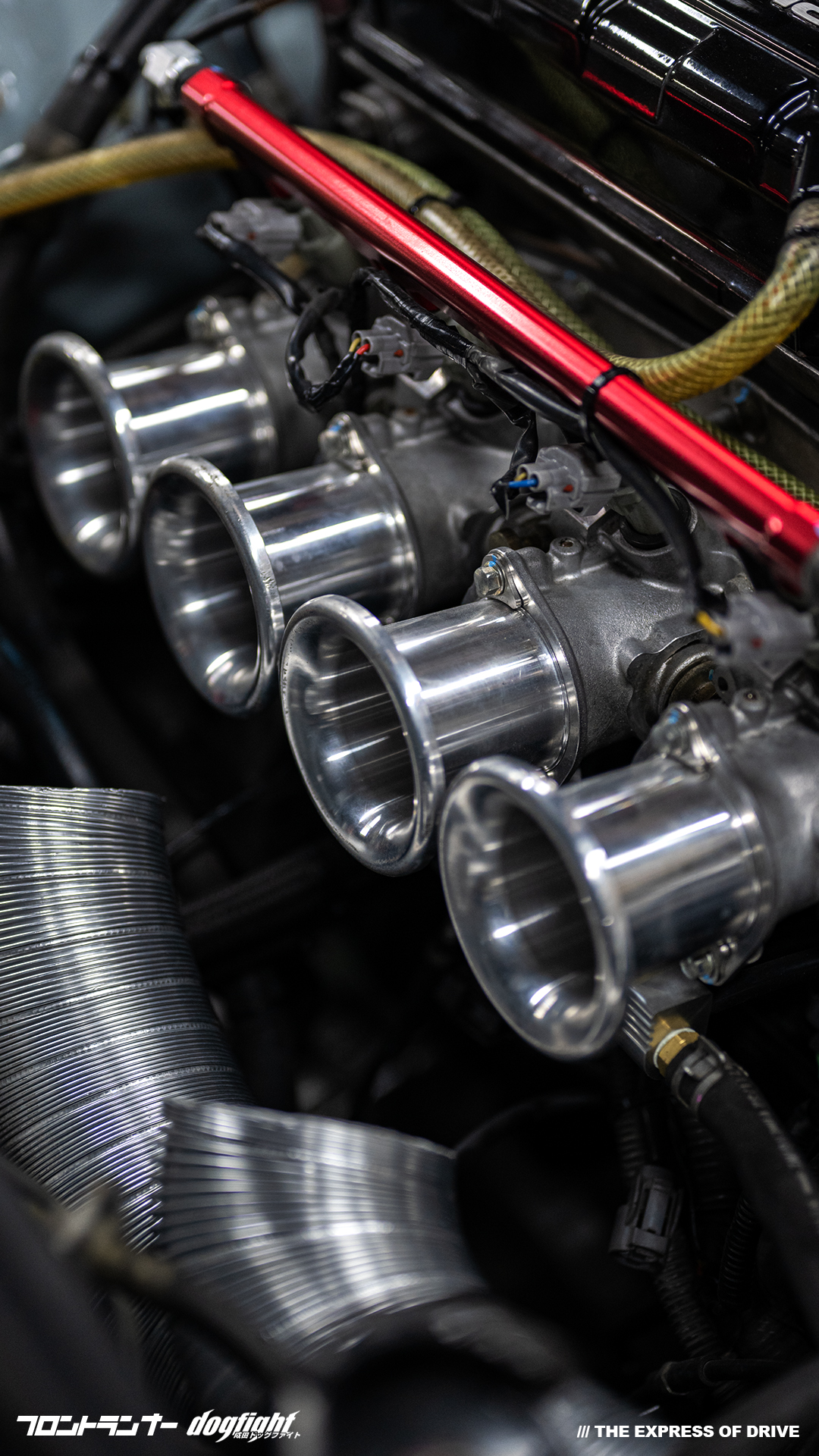 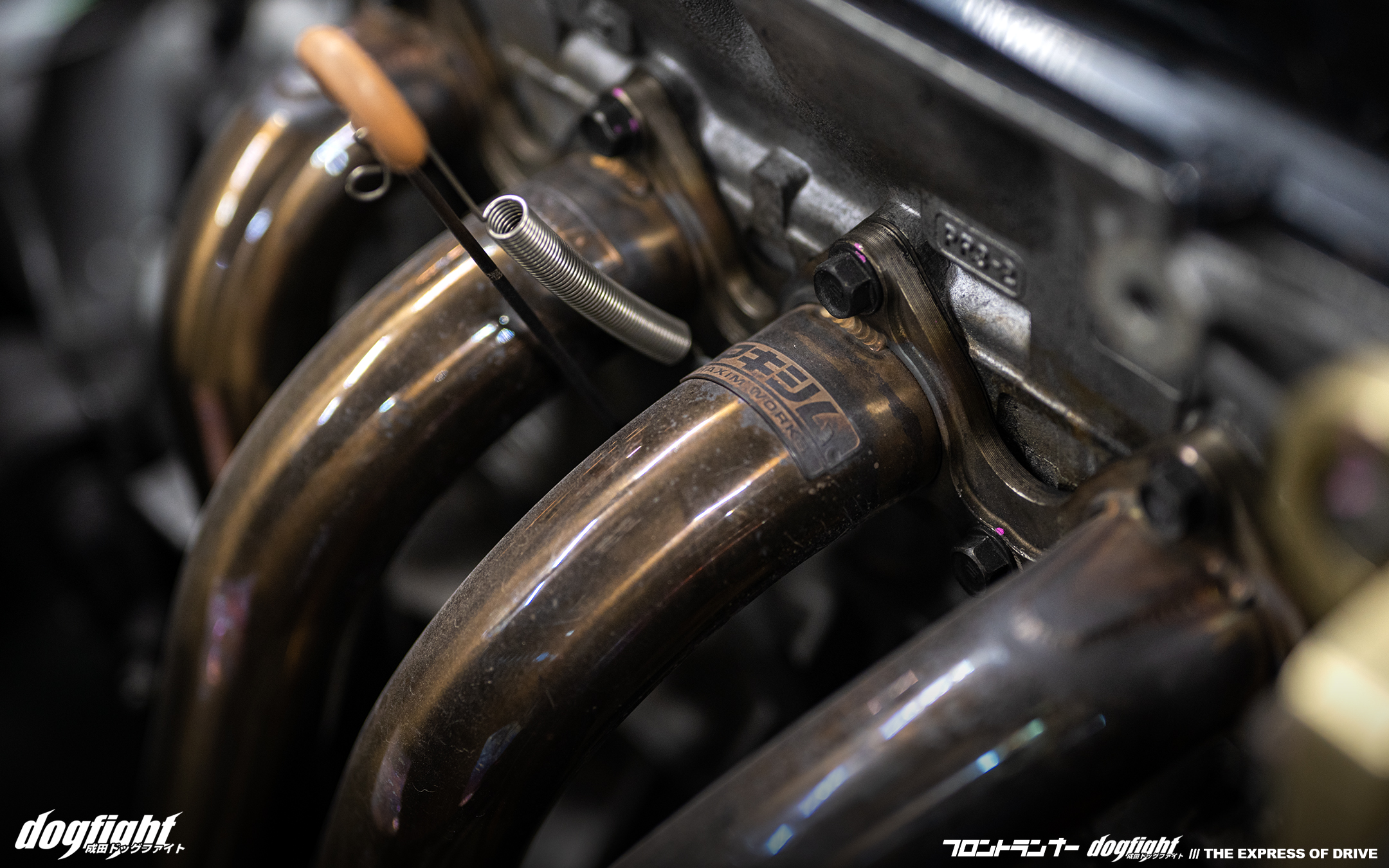 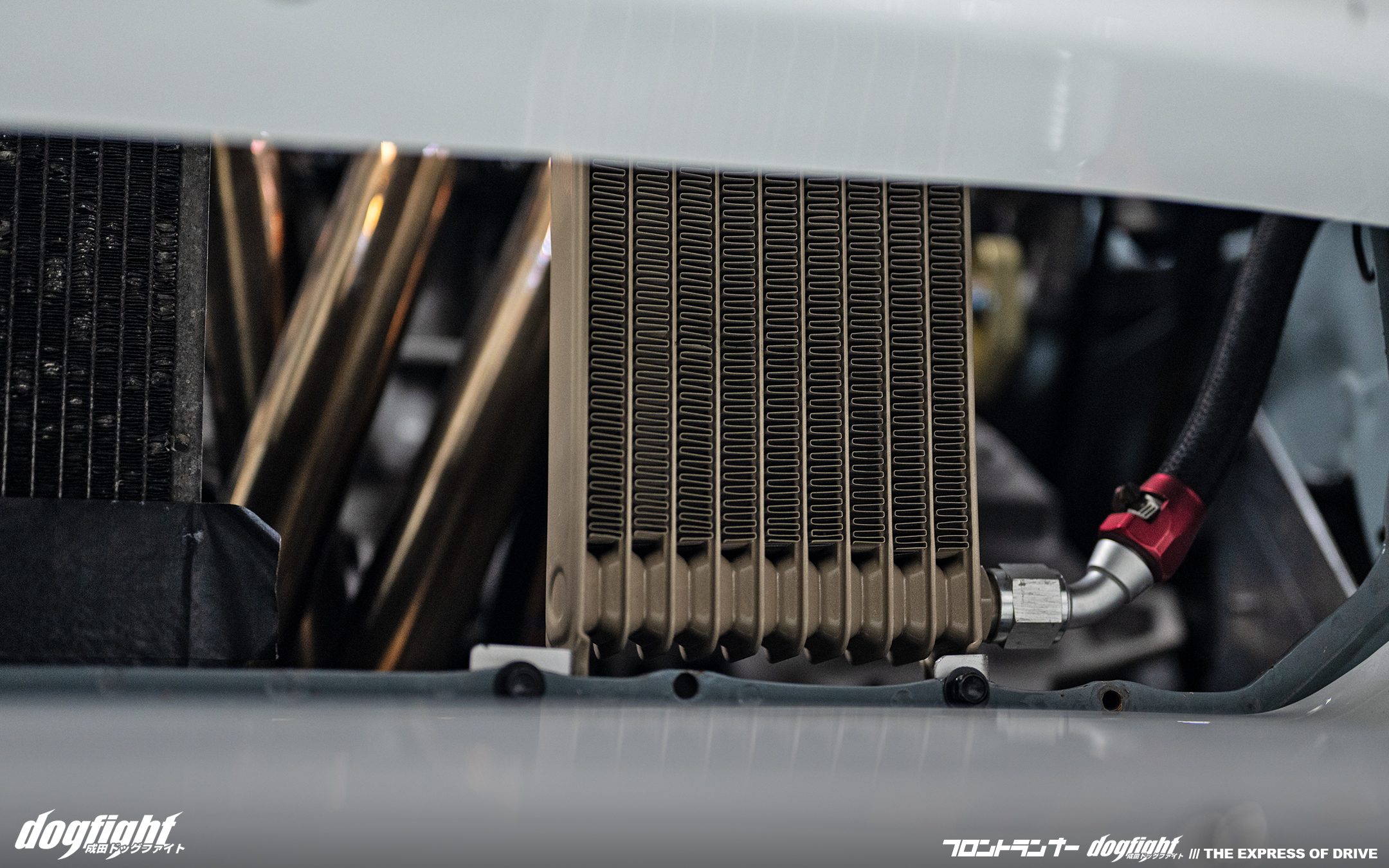 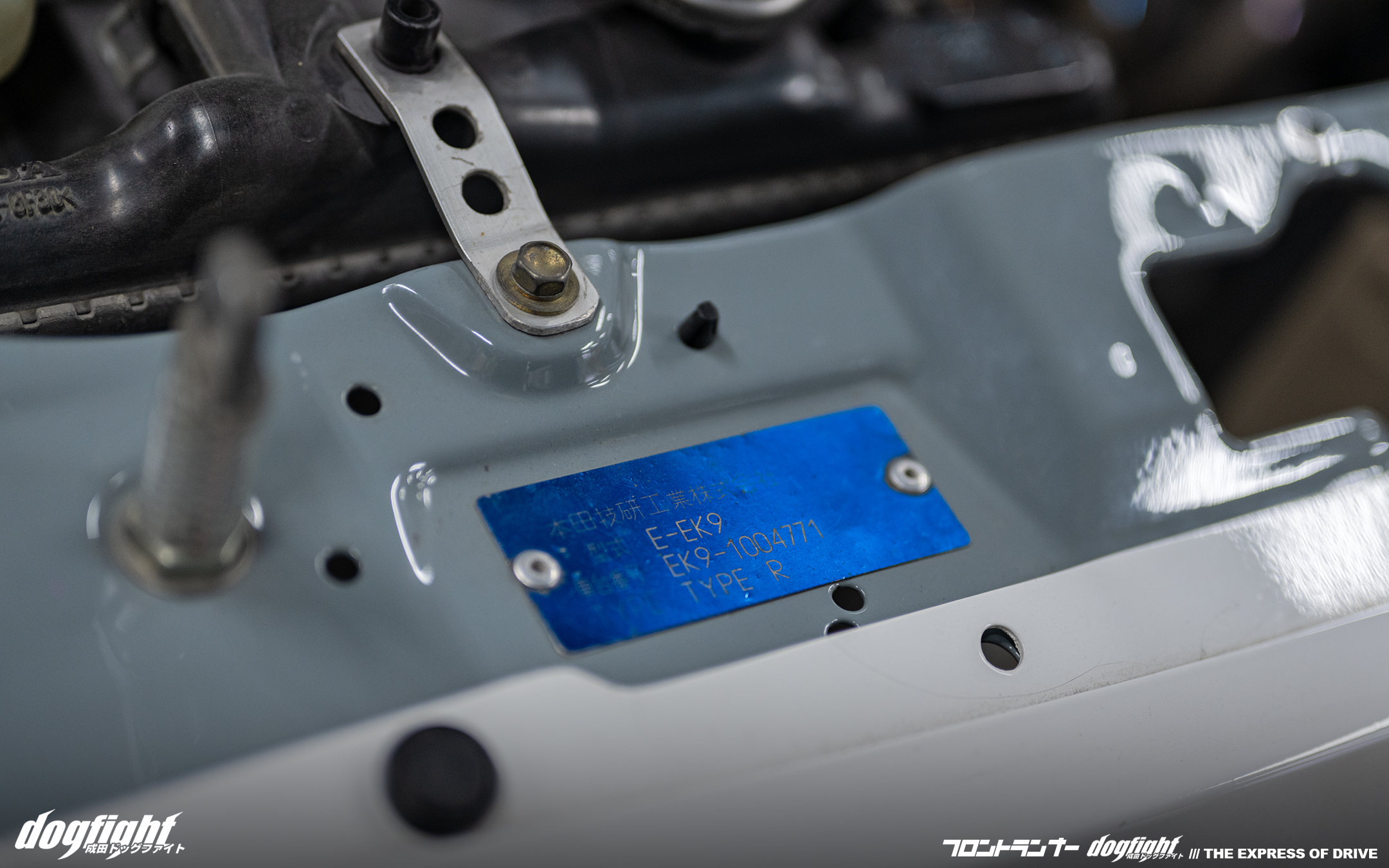 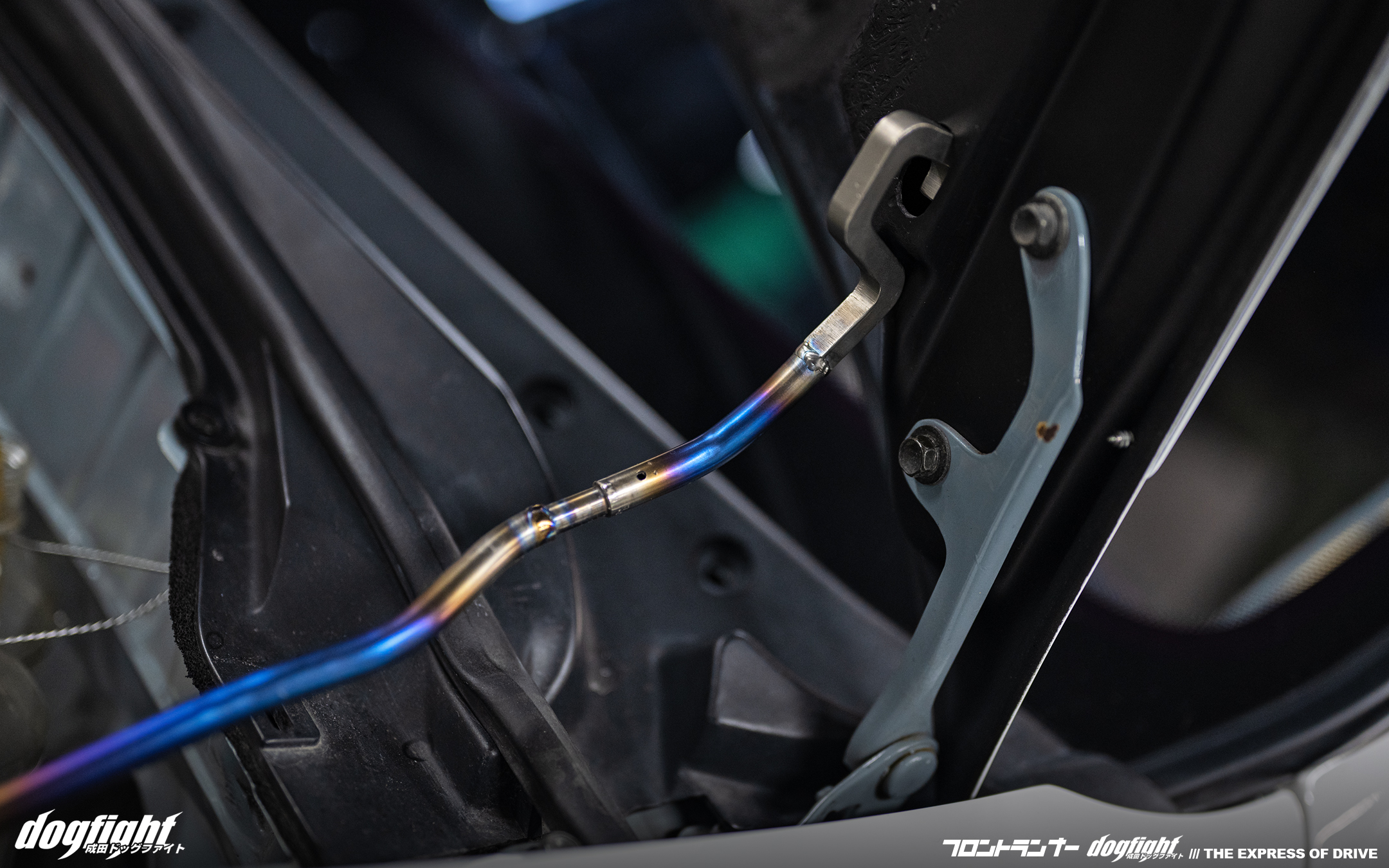 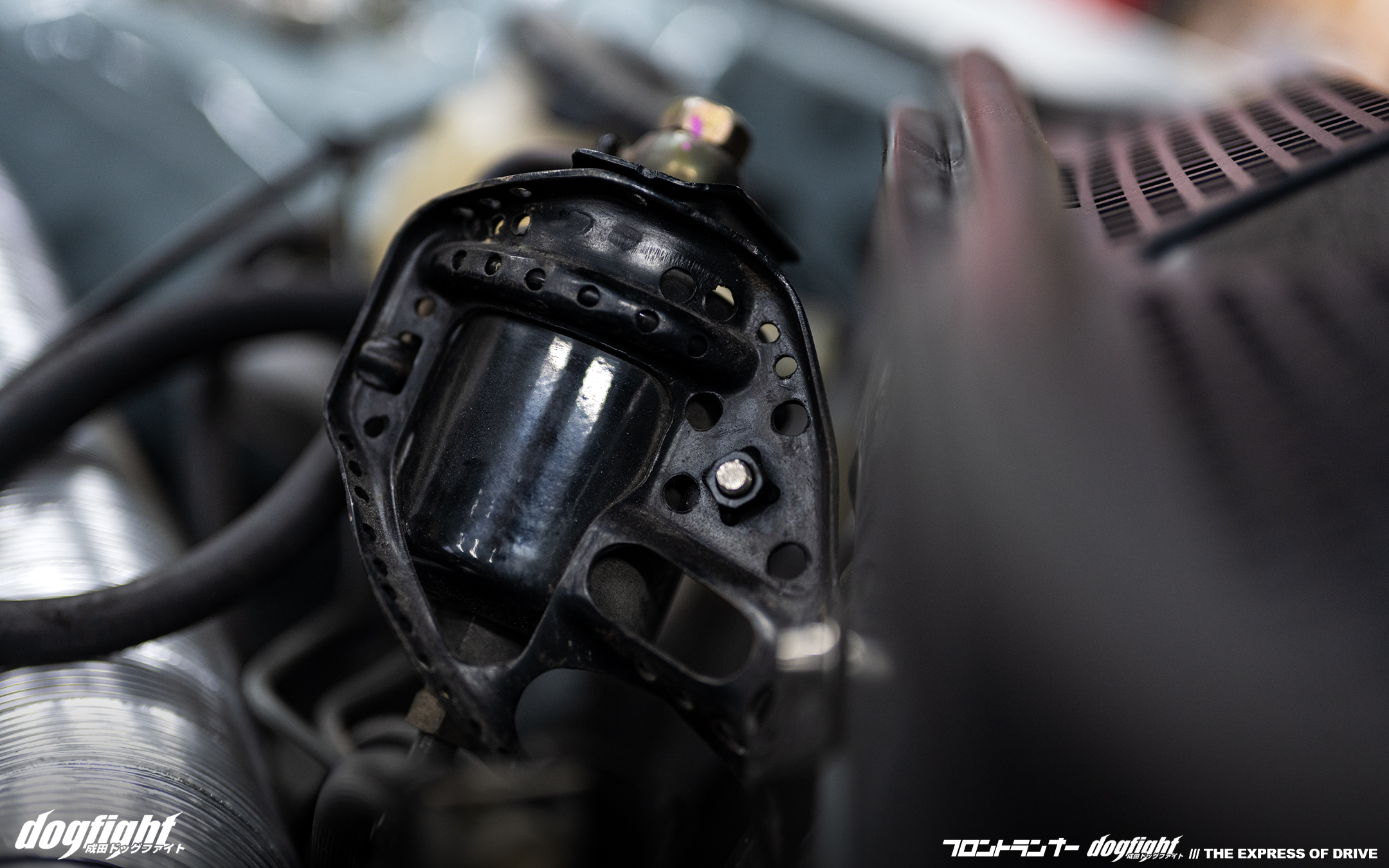 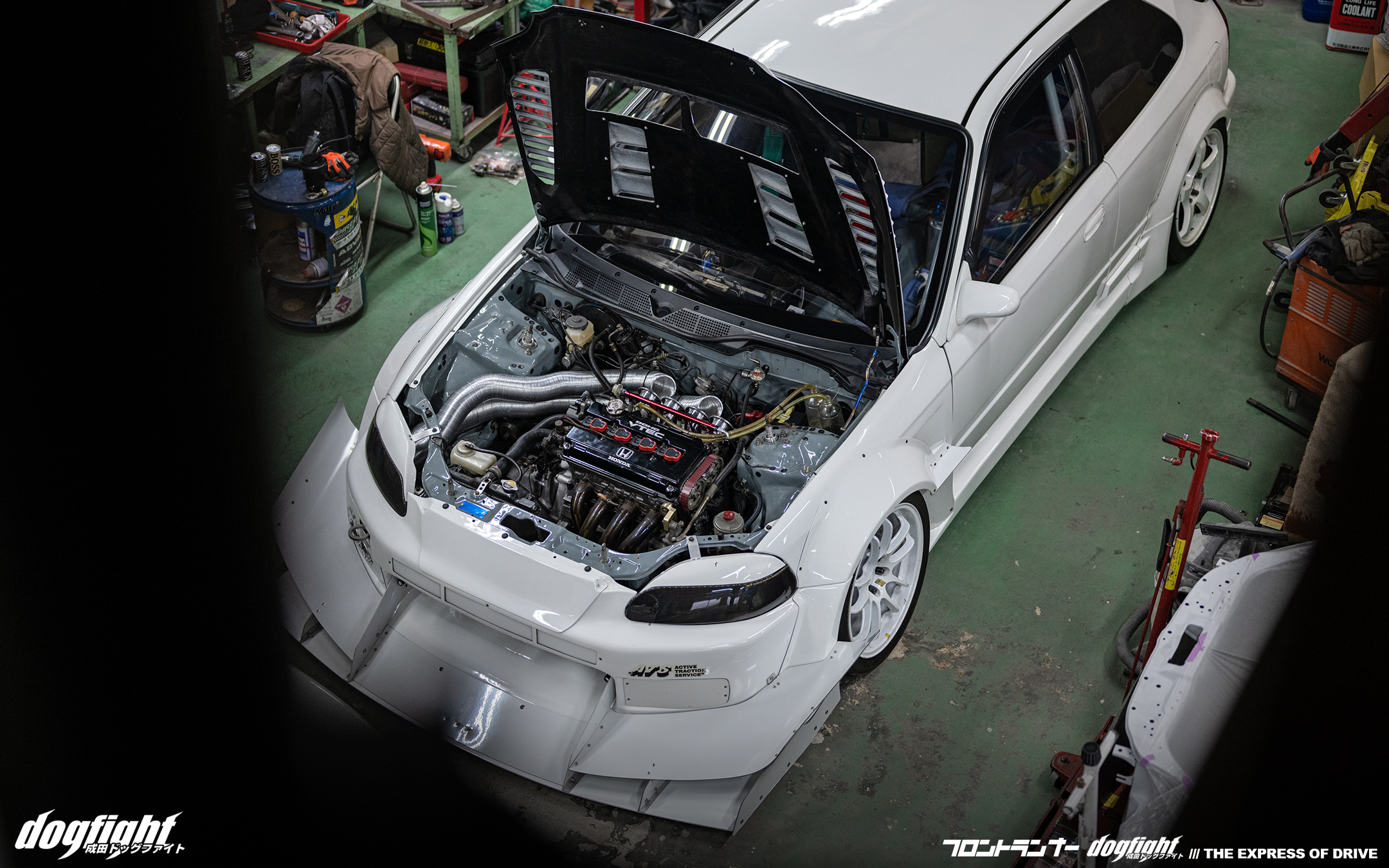 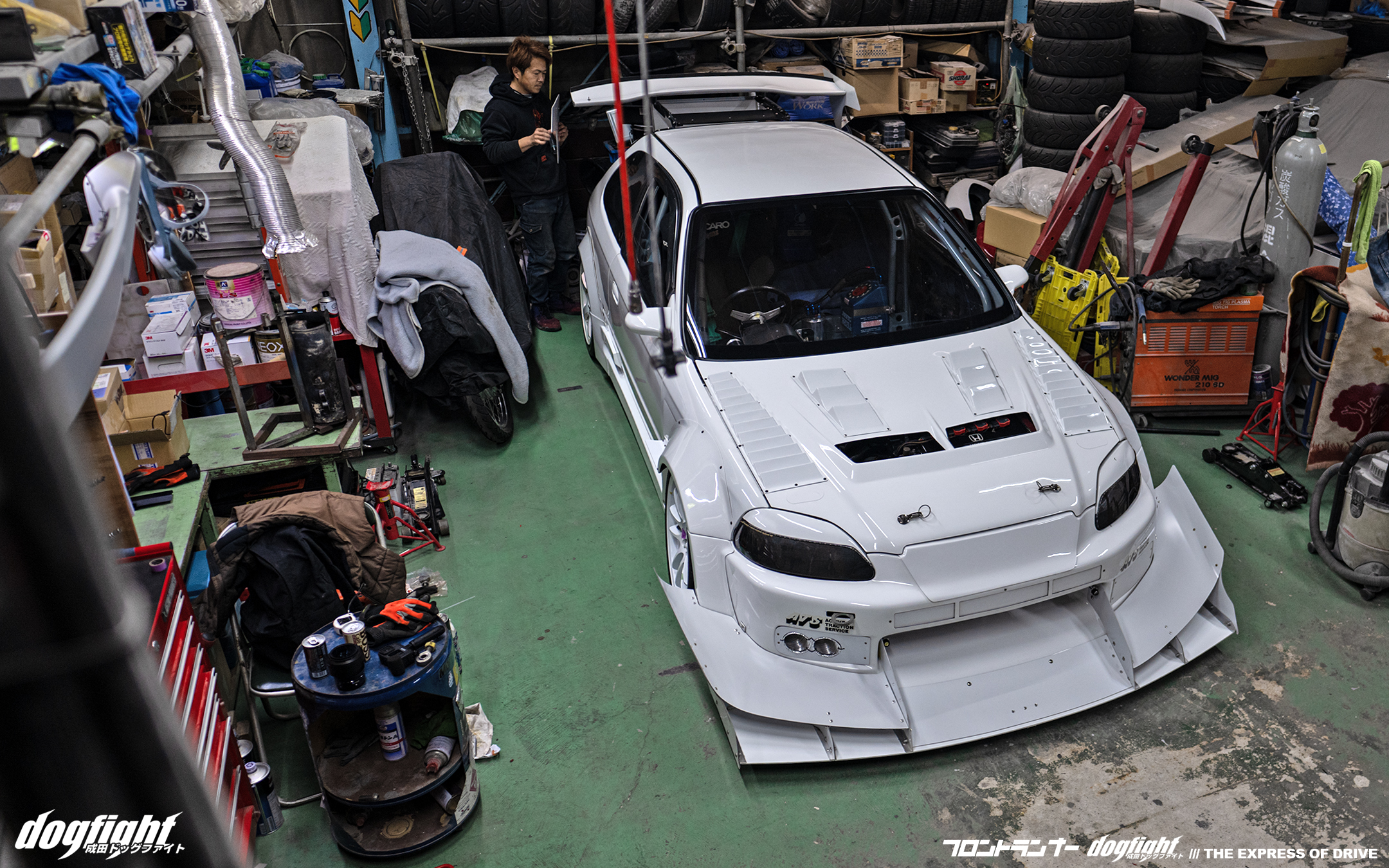 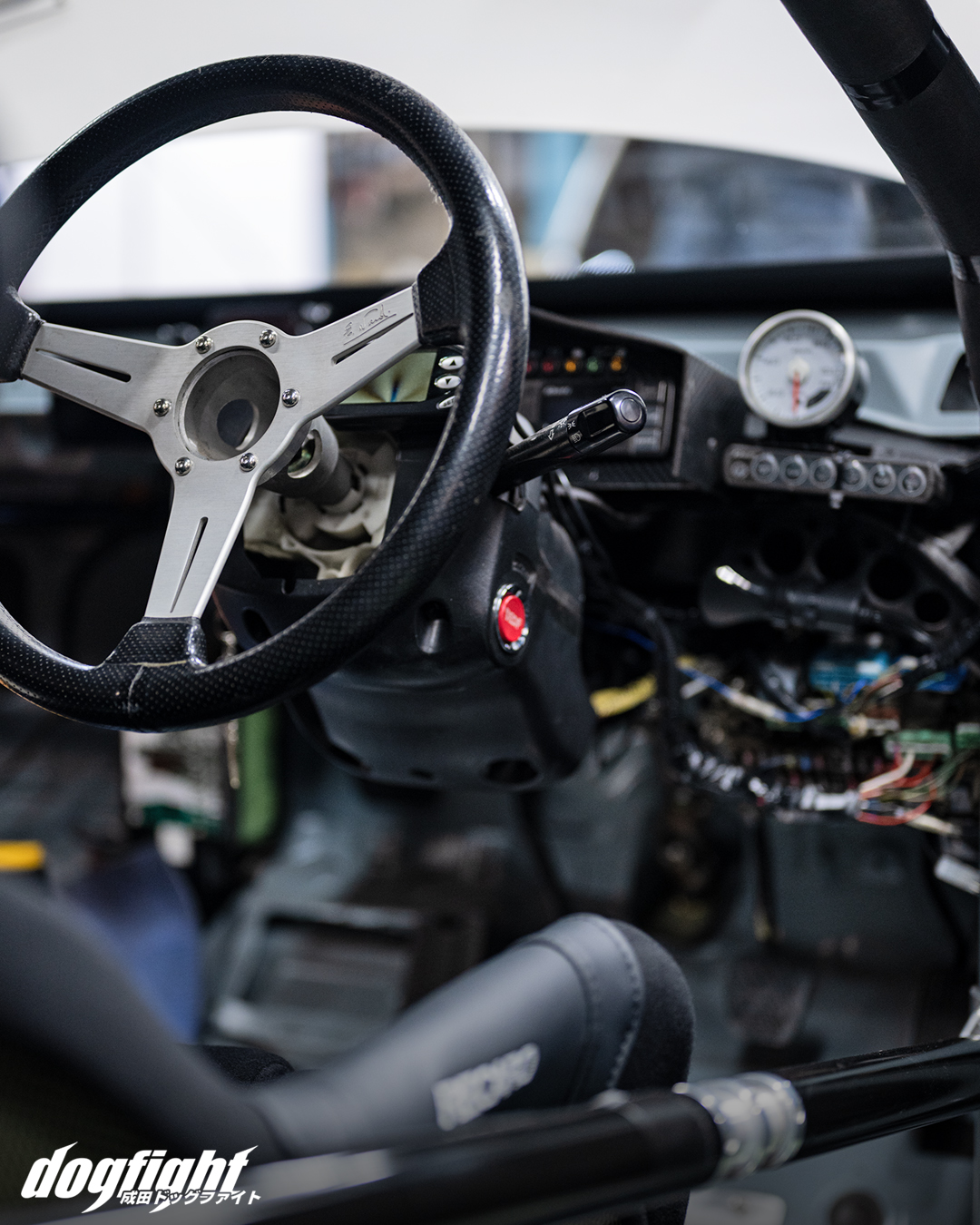 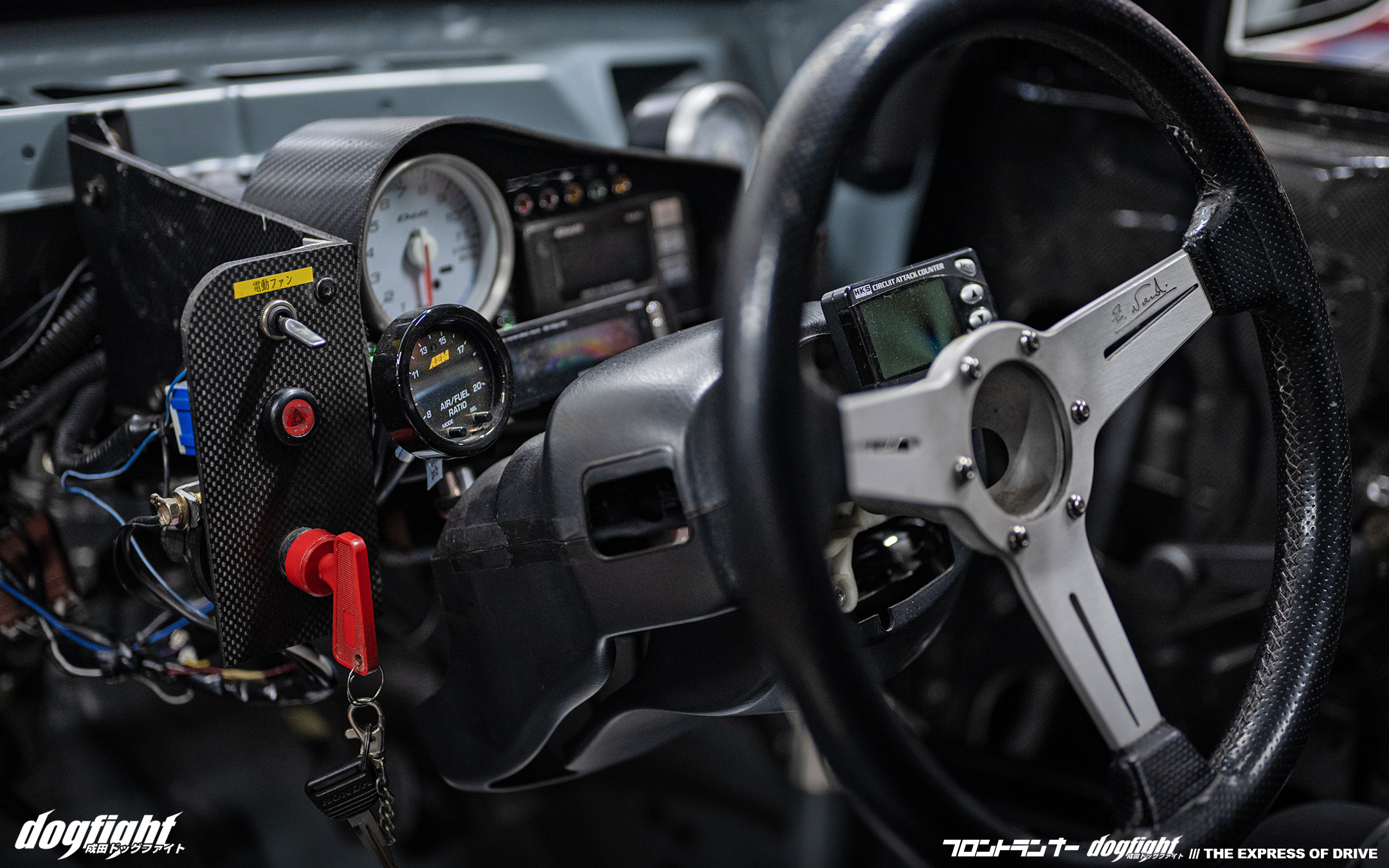 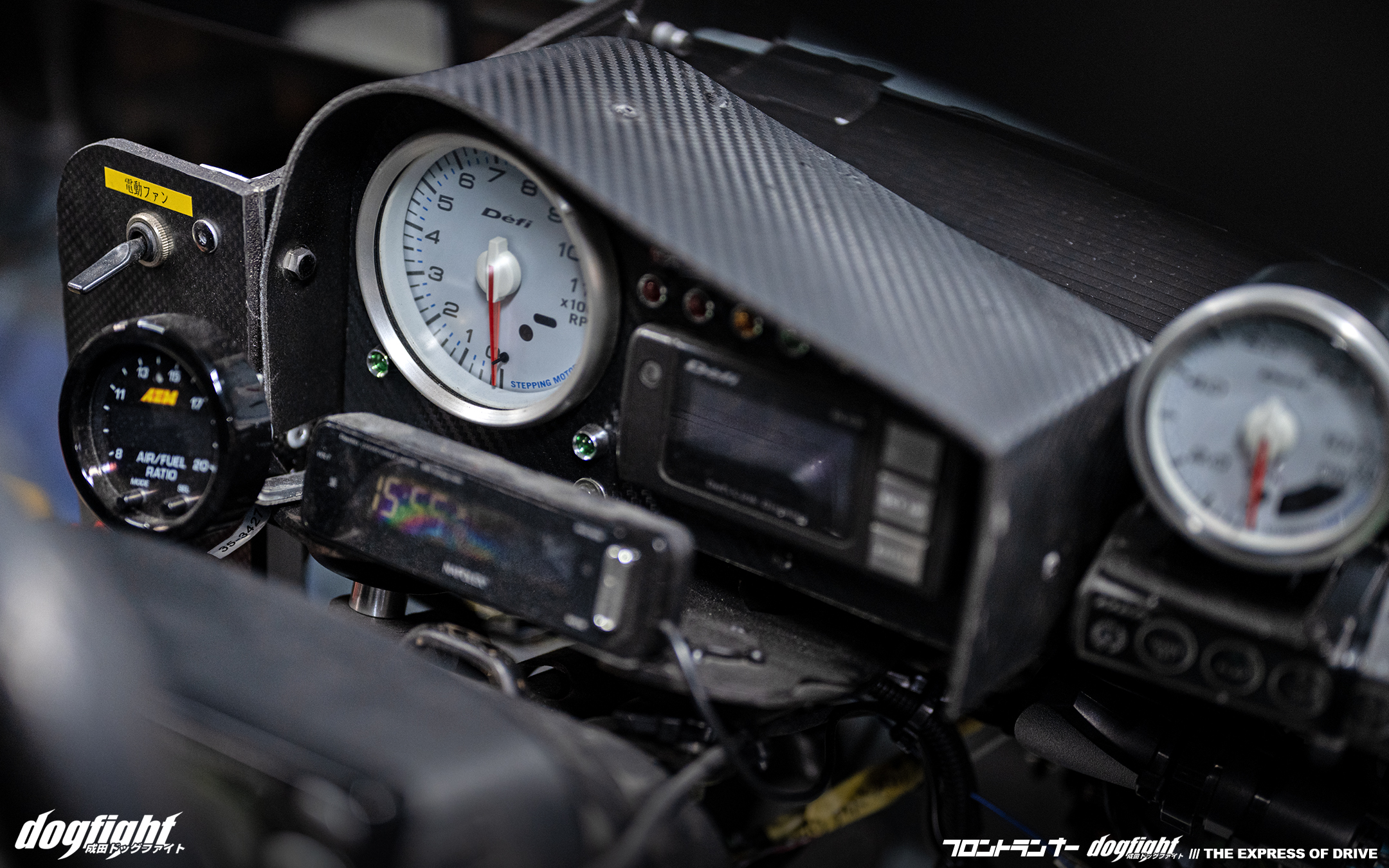 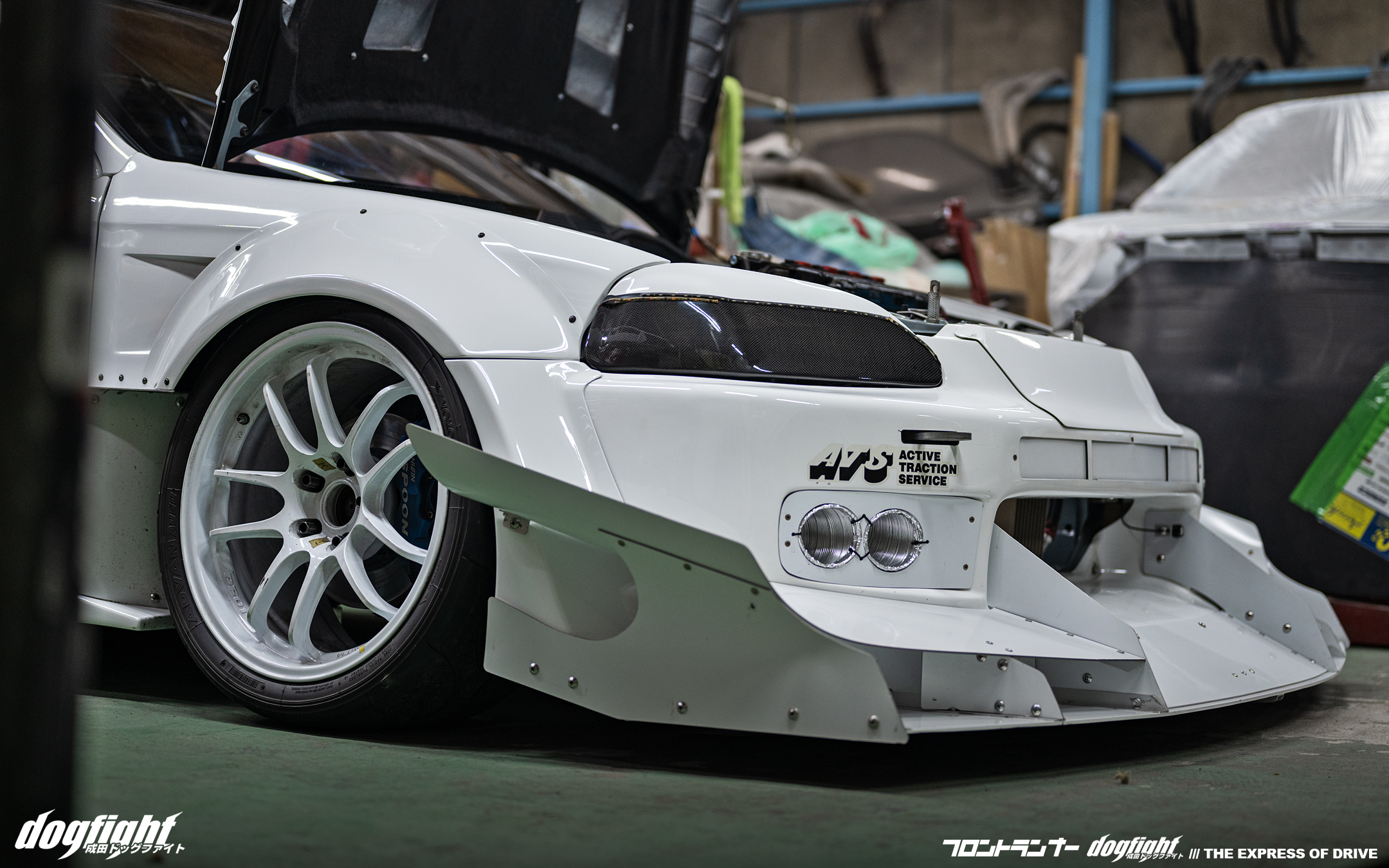 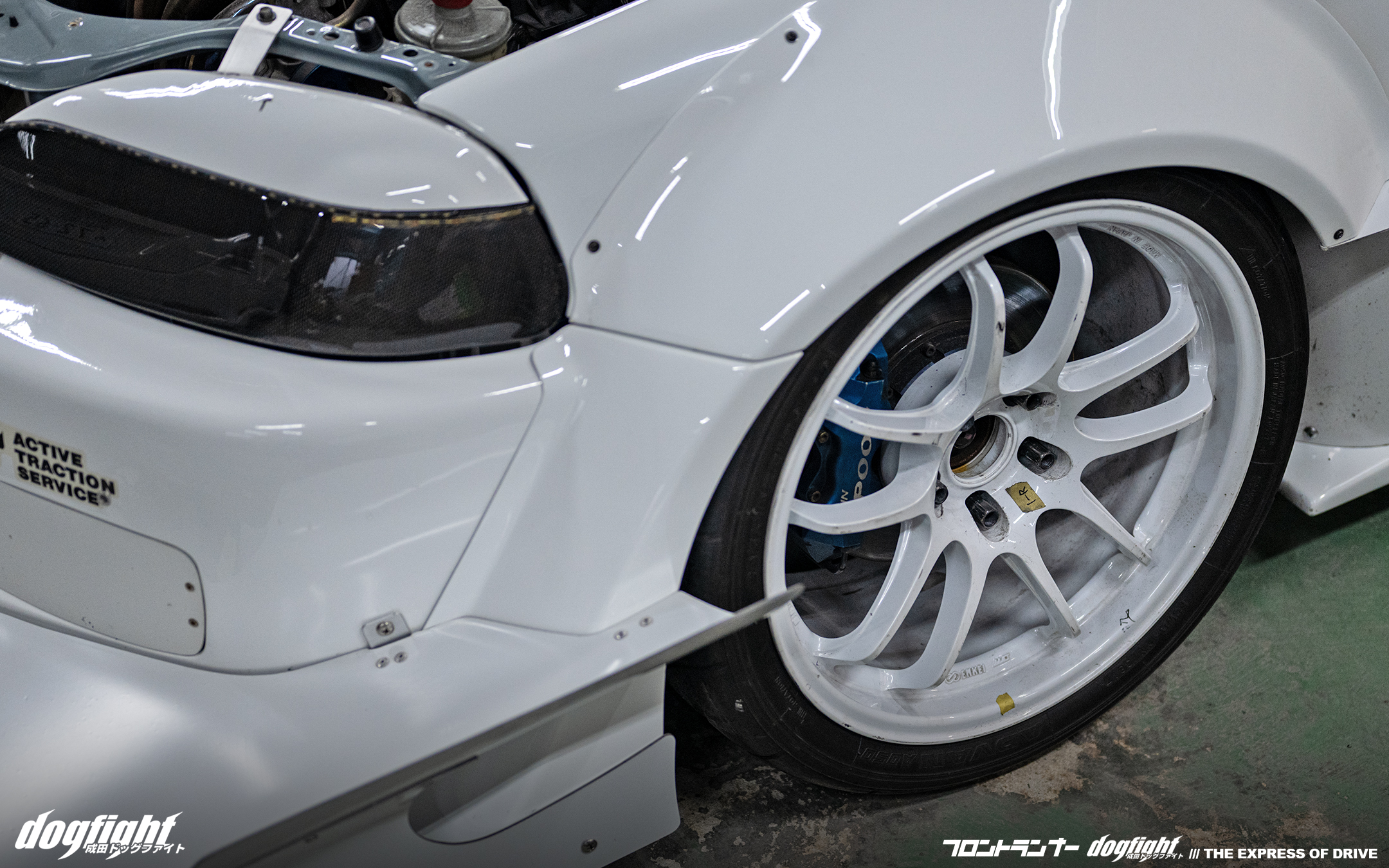 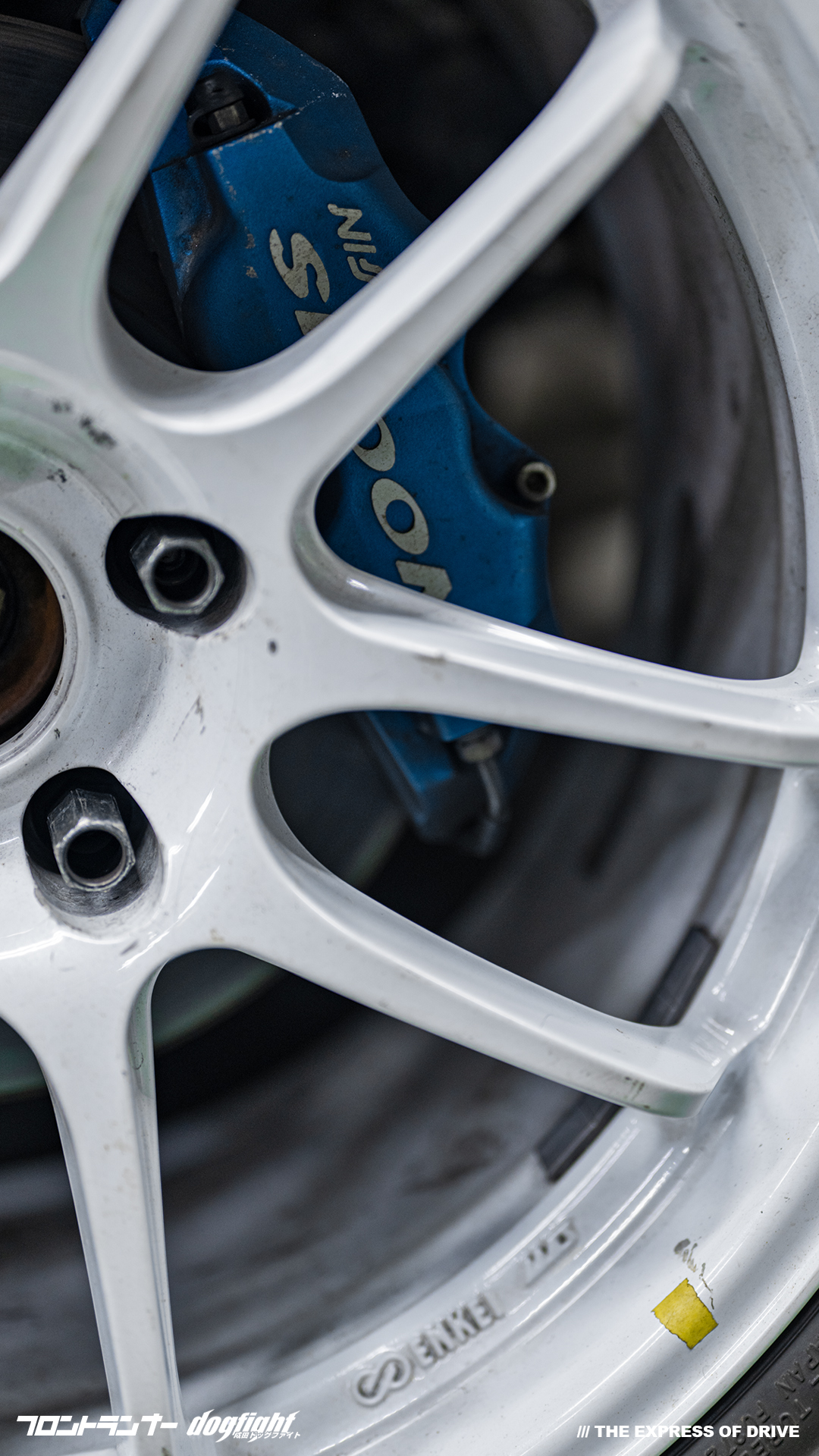 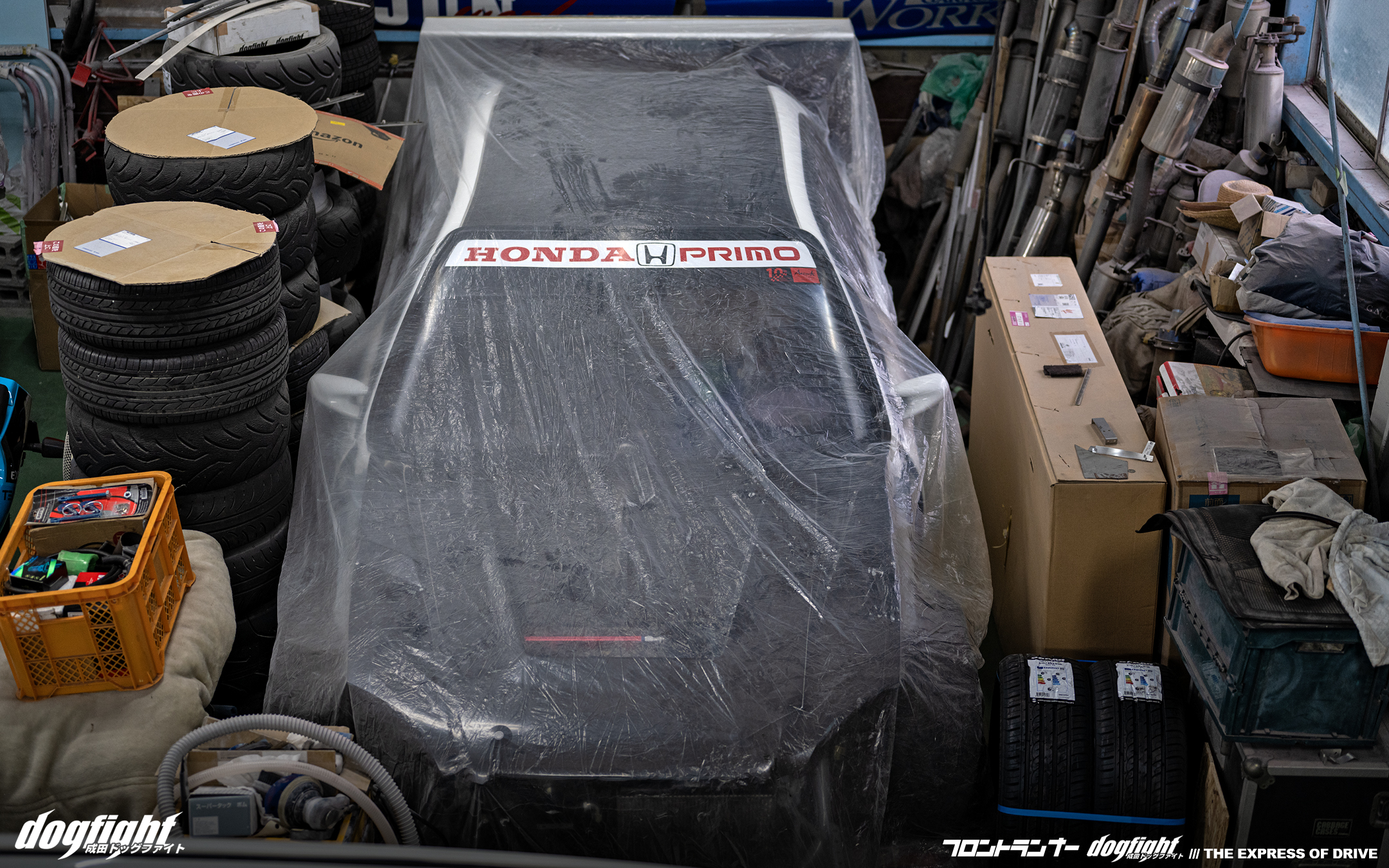 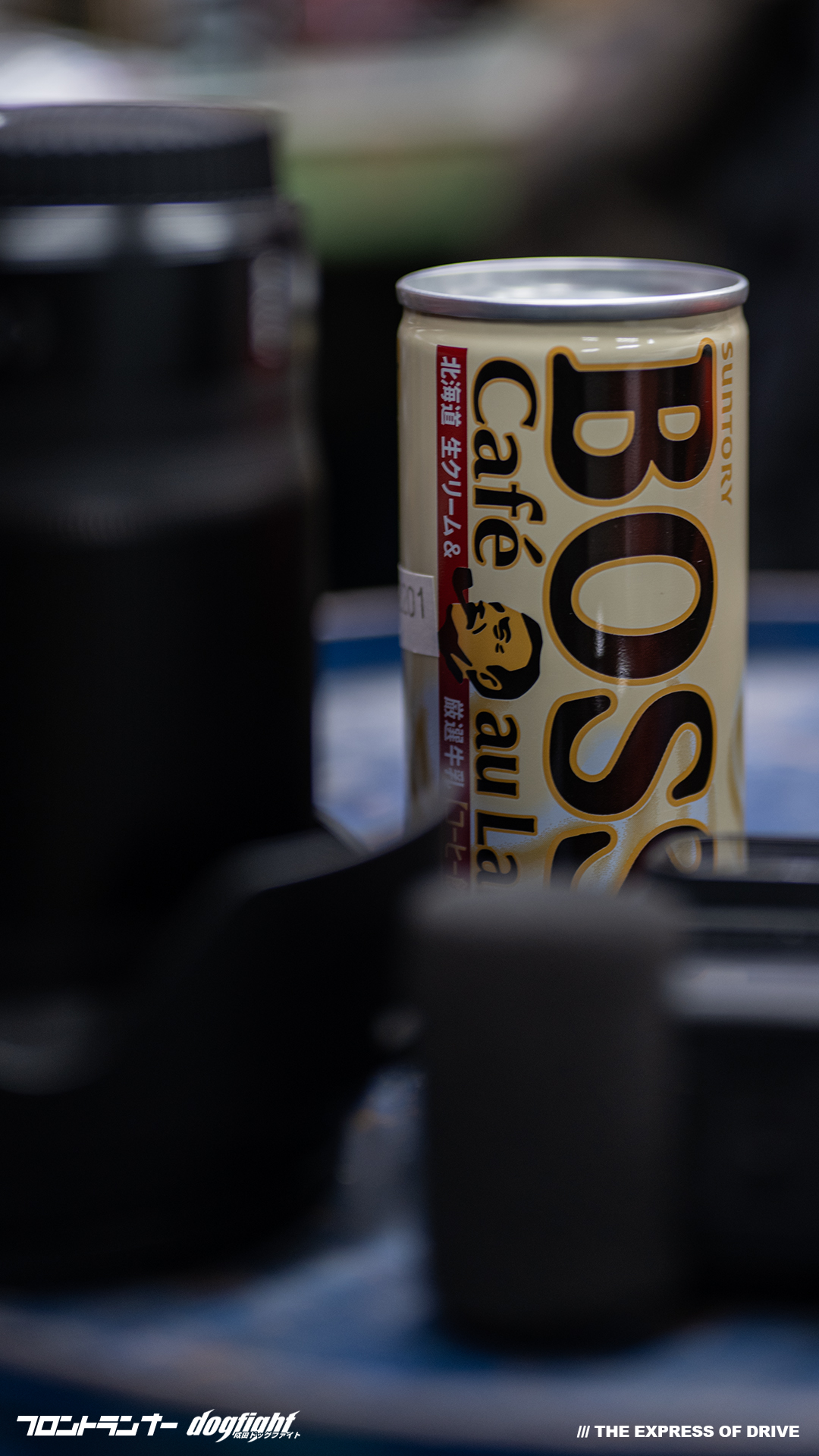 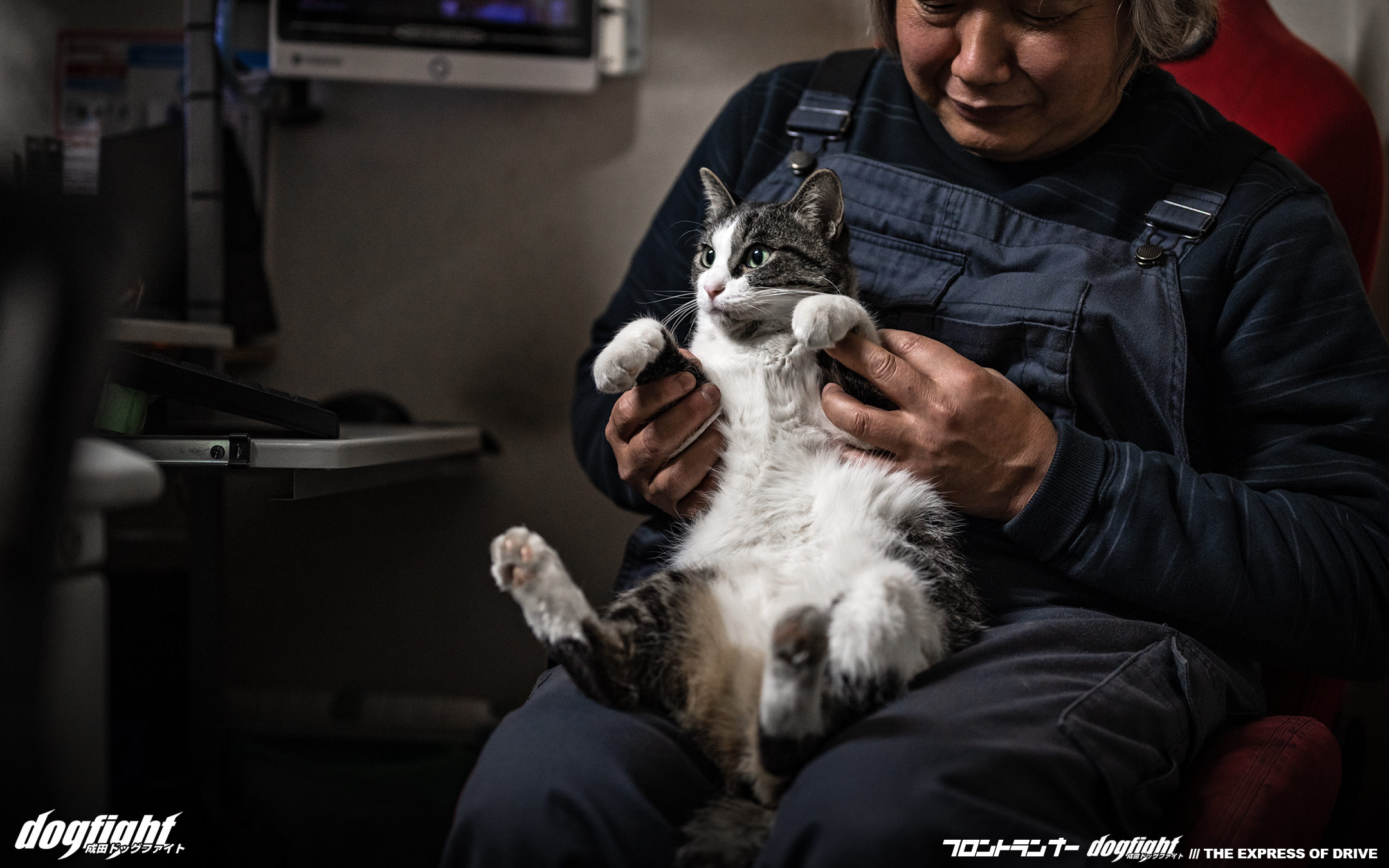